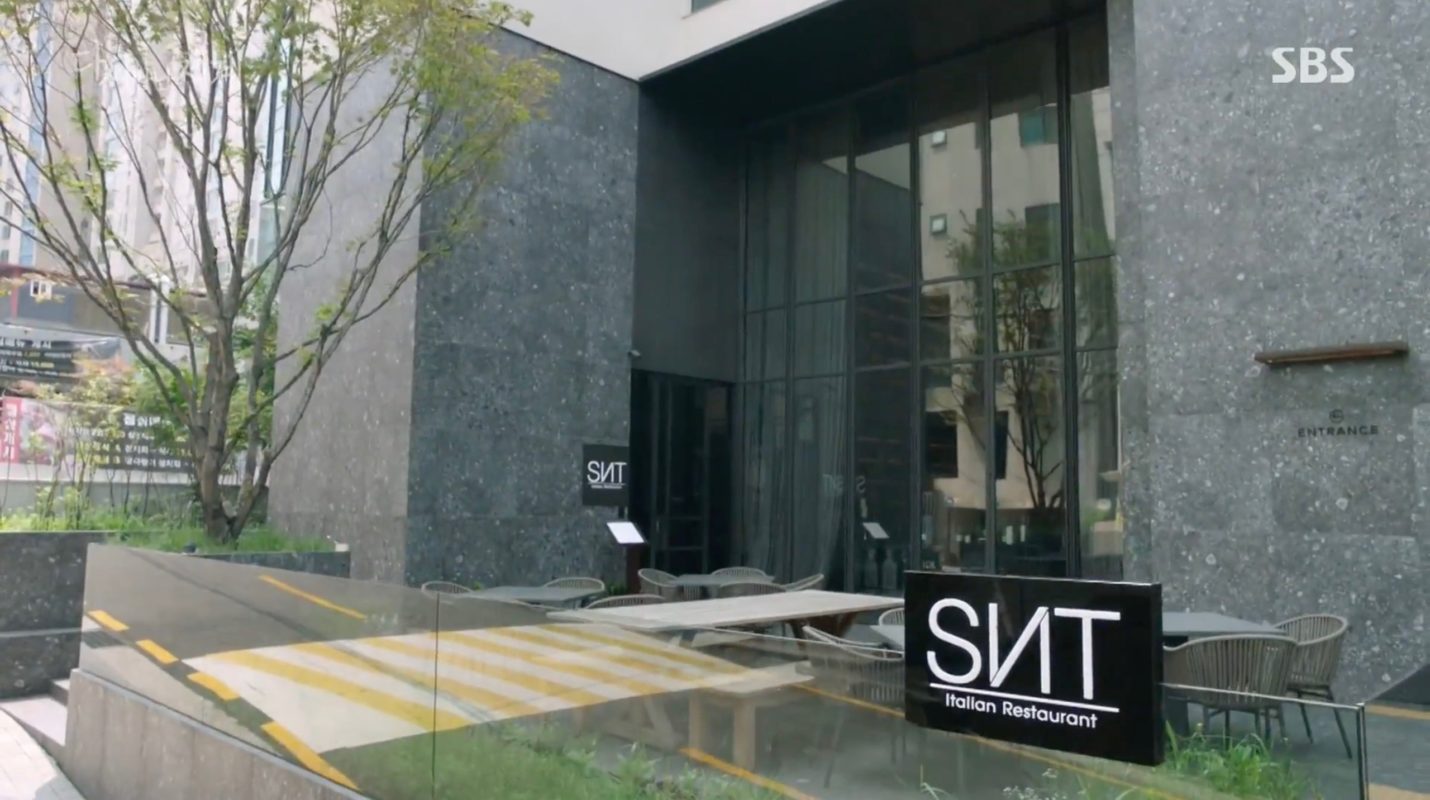 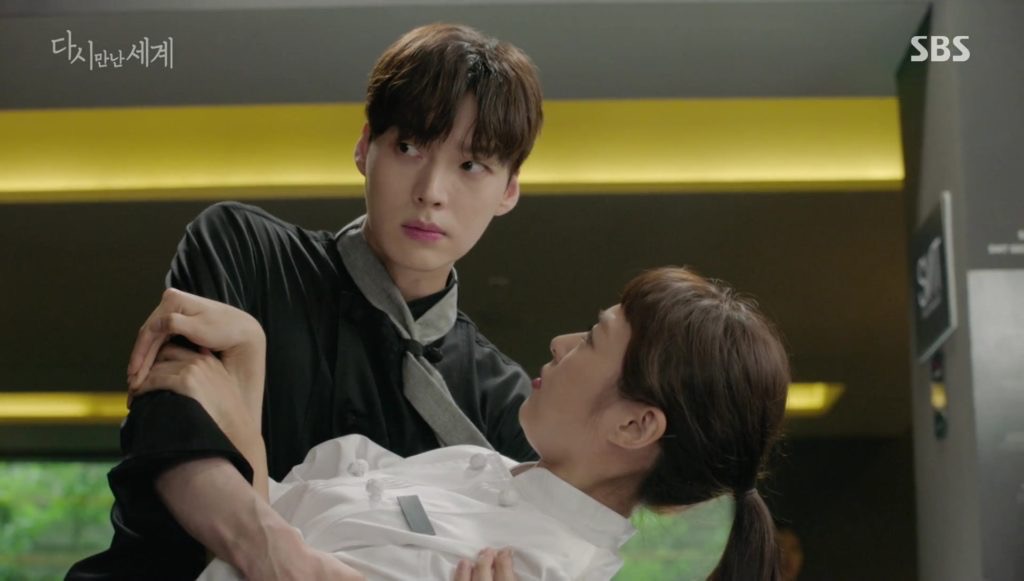 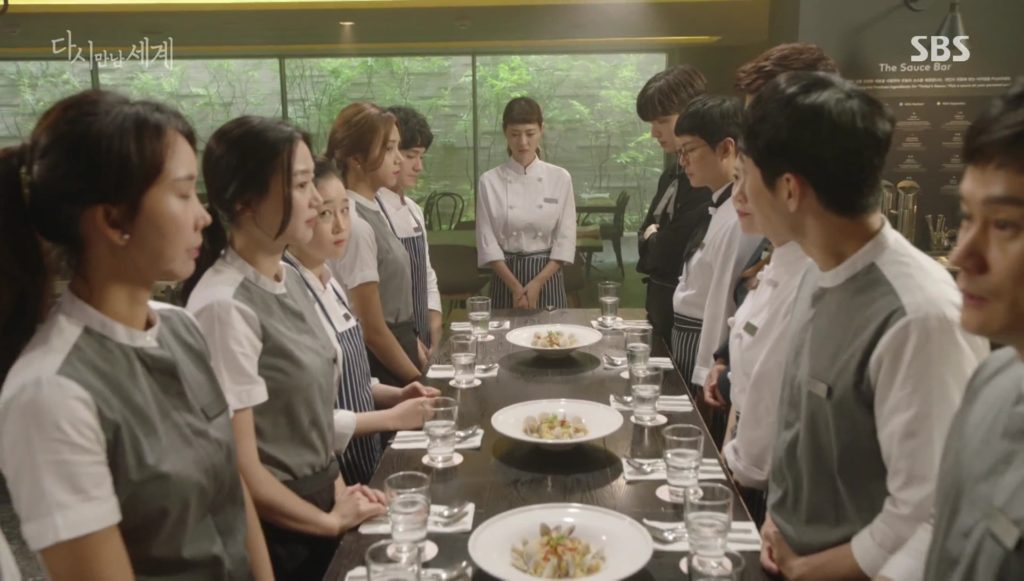 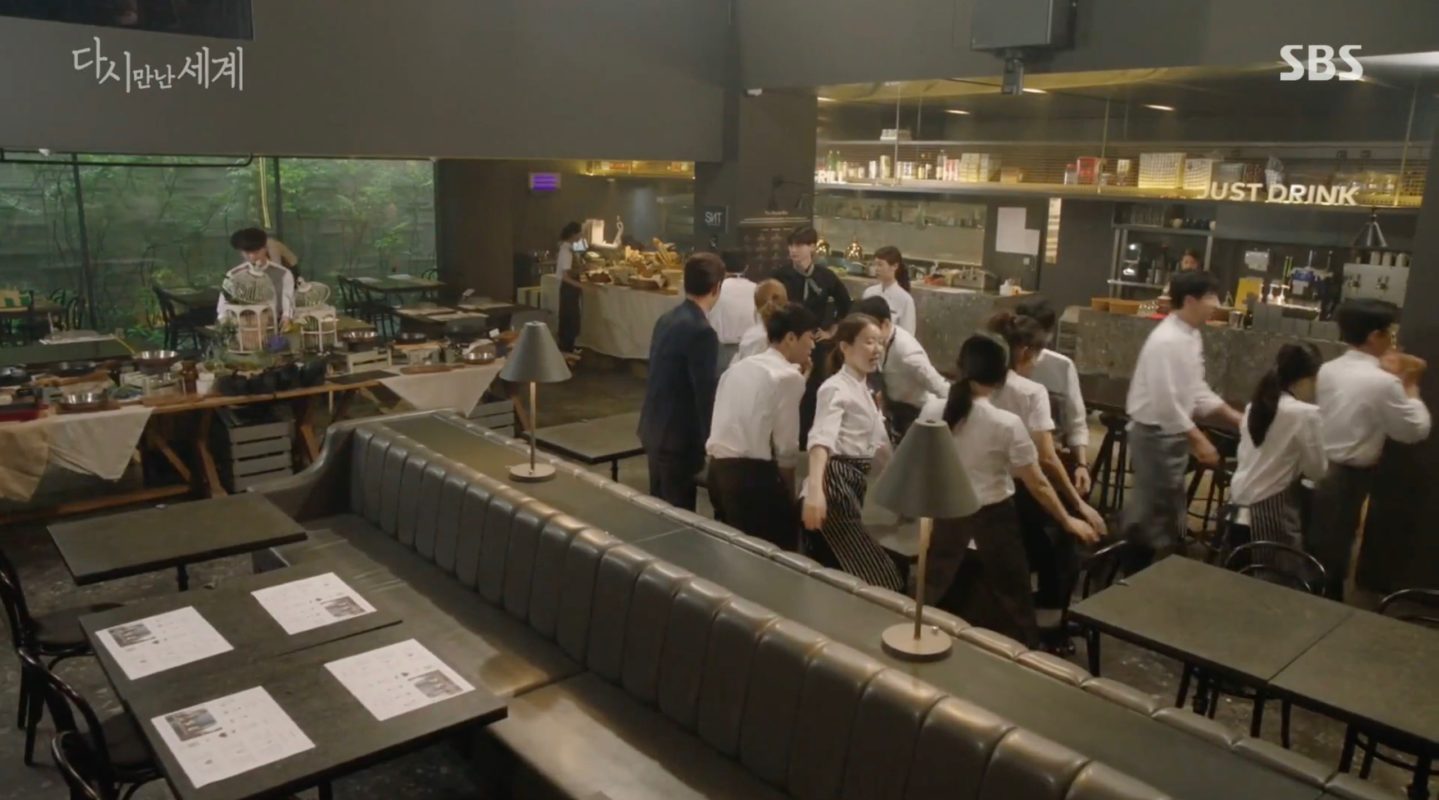 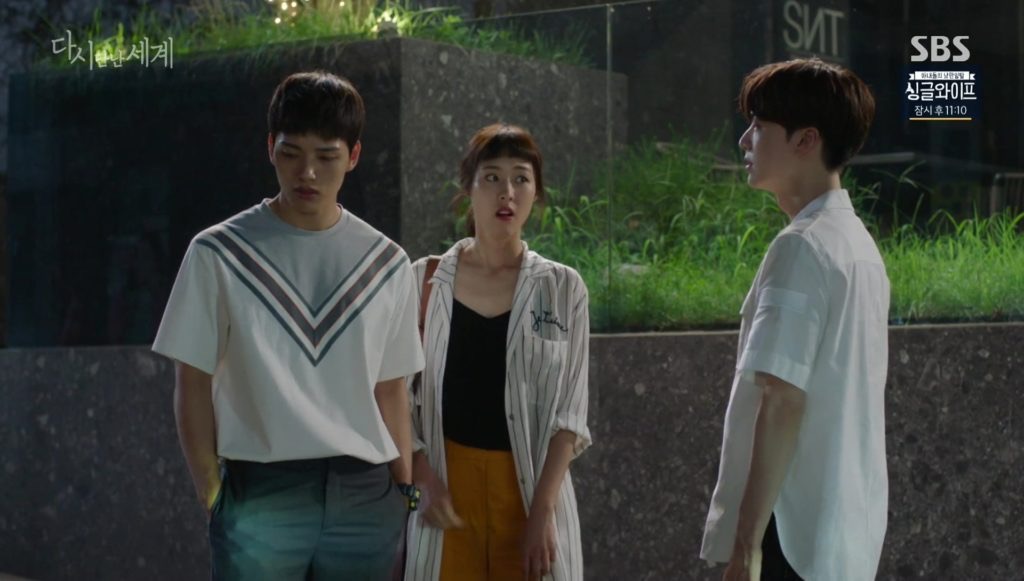 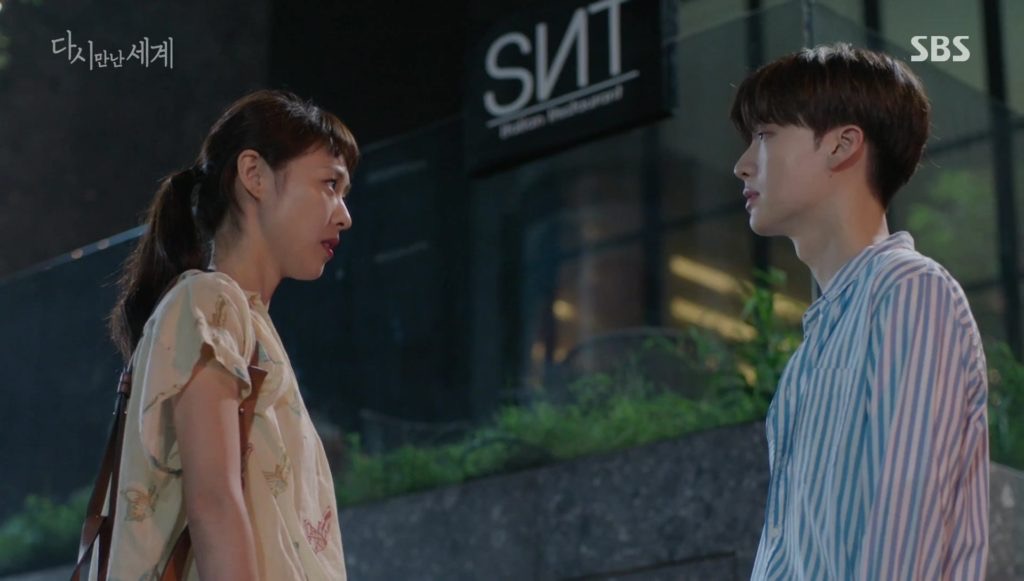 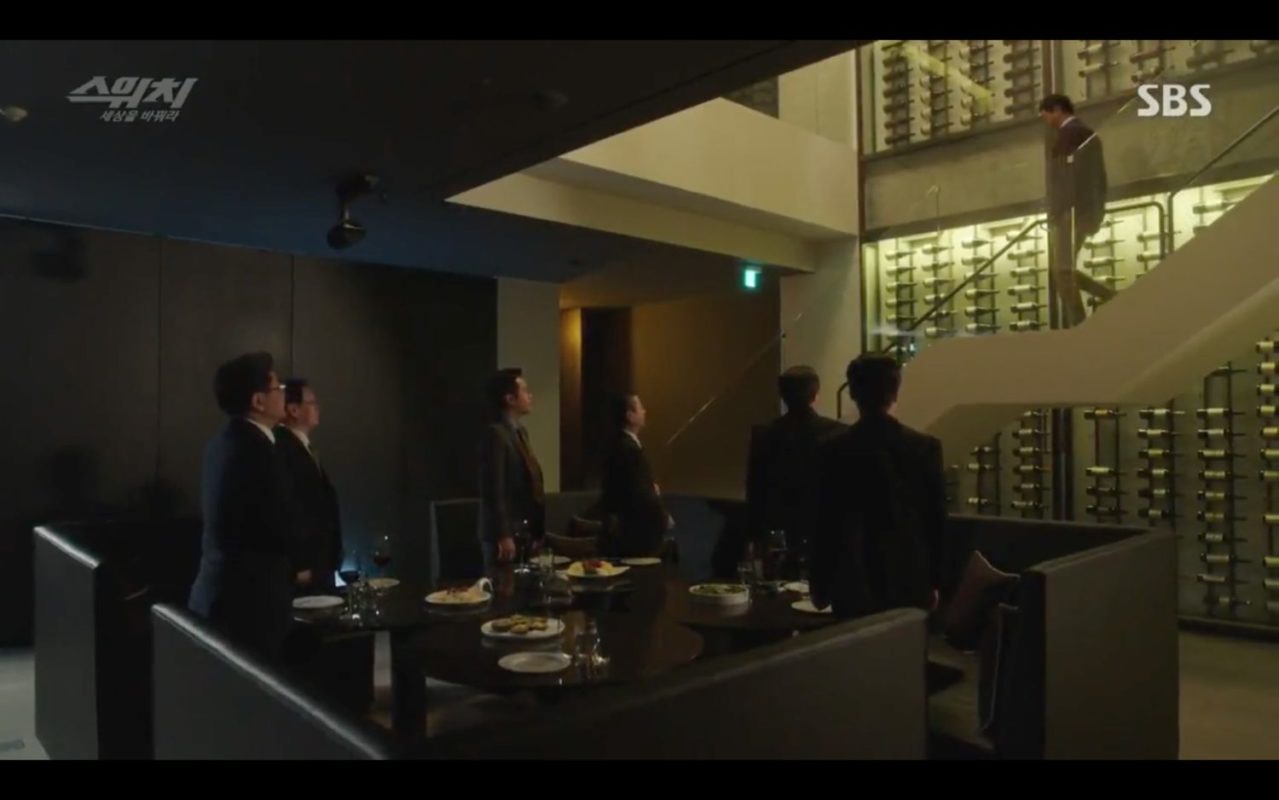 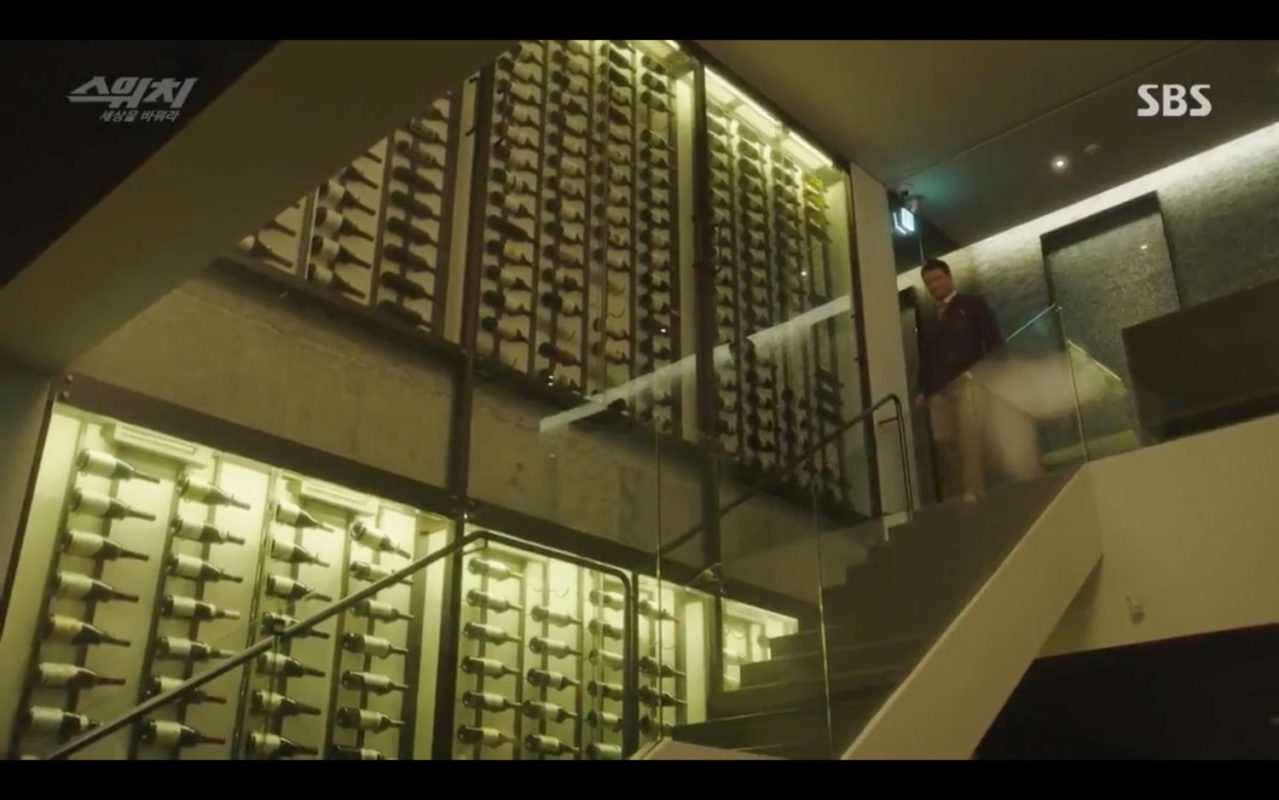 This restaurant appears as the Italian Restaurant ‘SNT’ that is run by Mr. Cha (Ahn Jae-hyeon), where Jung Jung-won (Lee Yeon-hee) works as an assistant chef in Reunited Worlds/Into the World Again (다시 만난 세계) (SBS, 2017). It was first shown in episode 5 when Jung-won went to work and had a commotion with Mr. Cha.

SMT Seoul [SMT 서울] is a dining complex located in Seoul’s neighborhood Cheongdam [Cheongdam-dong/청담동] in the Gangnam District [Gangnam-gu/강남구]. SMT Playground [SMT플레이그라운드], which serves tapas, is located on the first two floors while SMT Penthouse [SMT펜트하우스] sits on the two floors above that. Reunited Worlds (2017) was filmed at SMT Playground.

The restaurant’s building was designed in 2015 by South Korean prize-winning architect Bae Dae-yong under his company B&A Design Communications, established in 1988 as B&A INC and expanded into architecture in 2004 through B&A Architect Office.