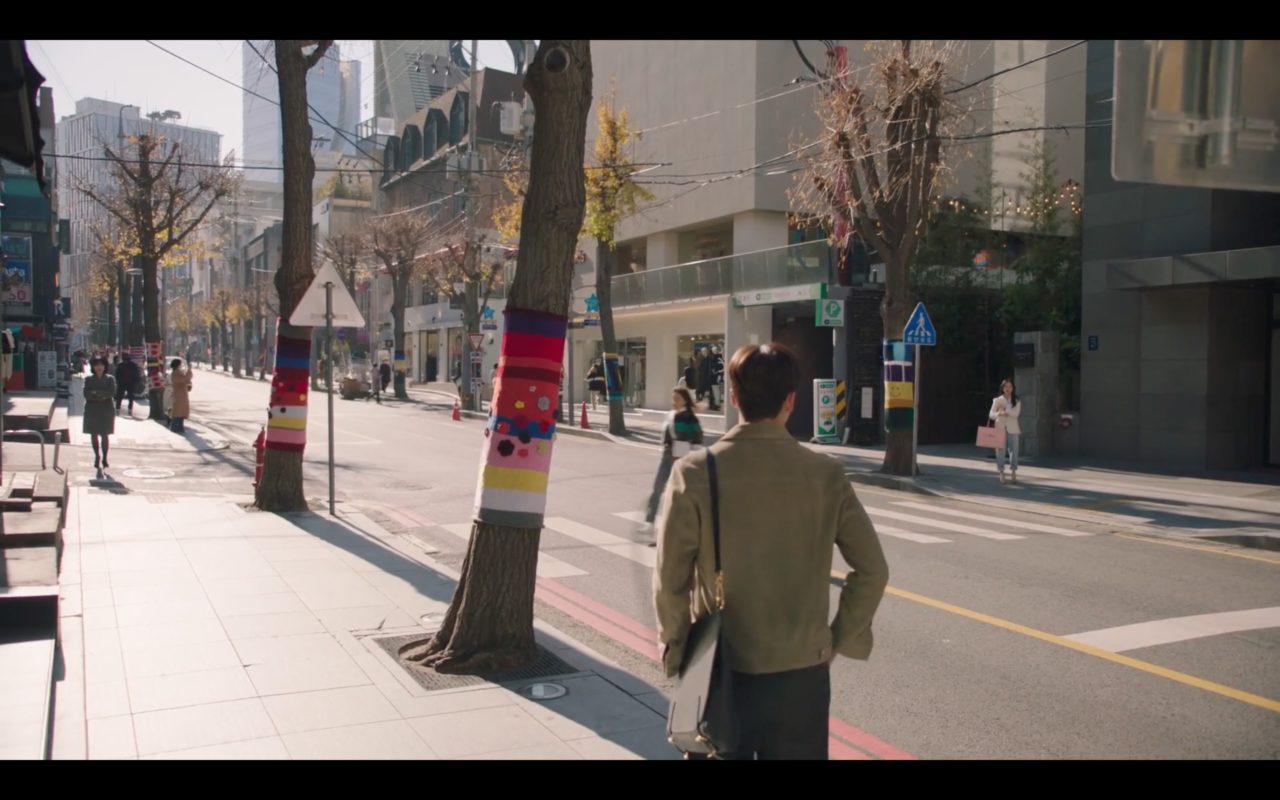 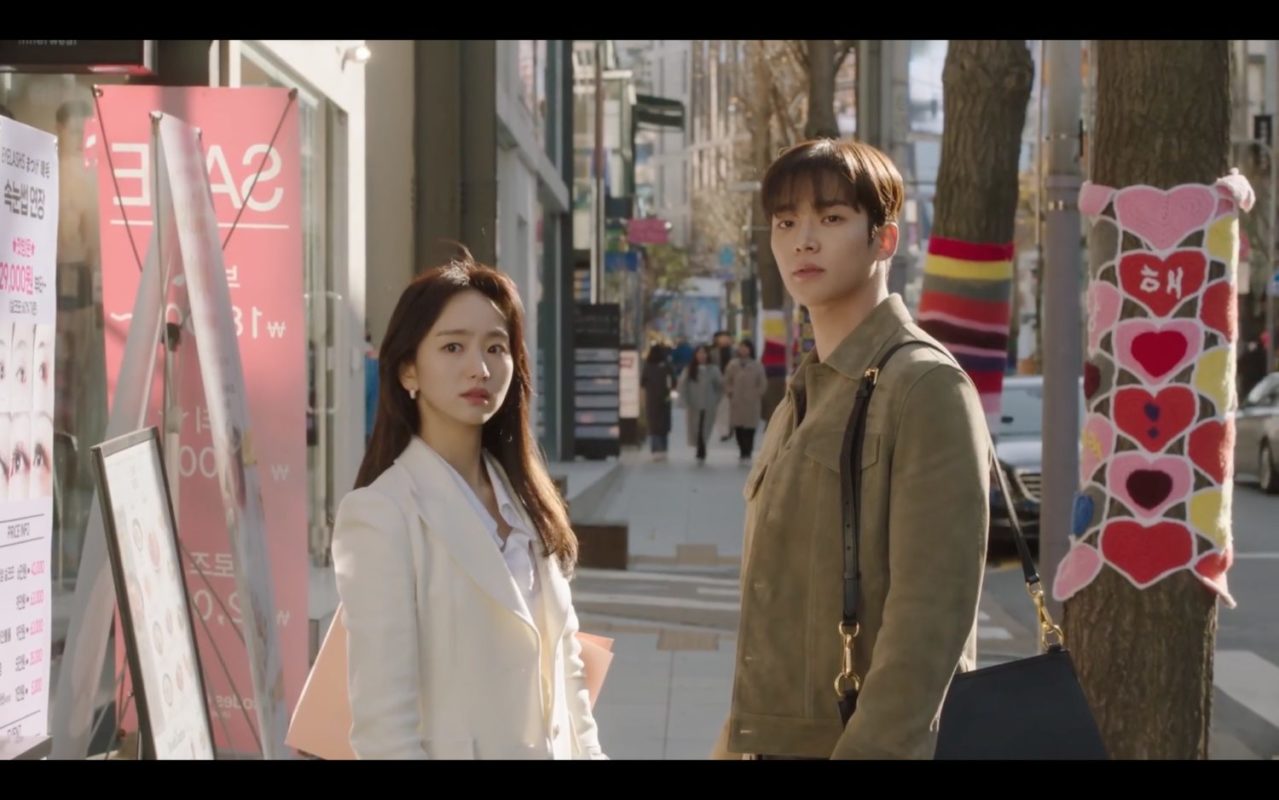 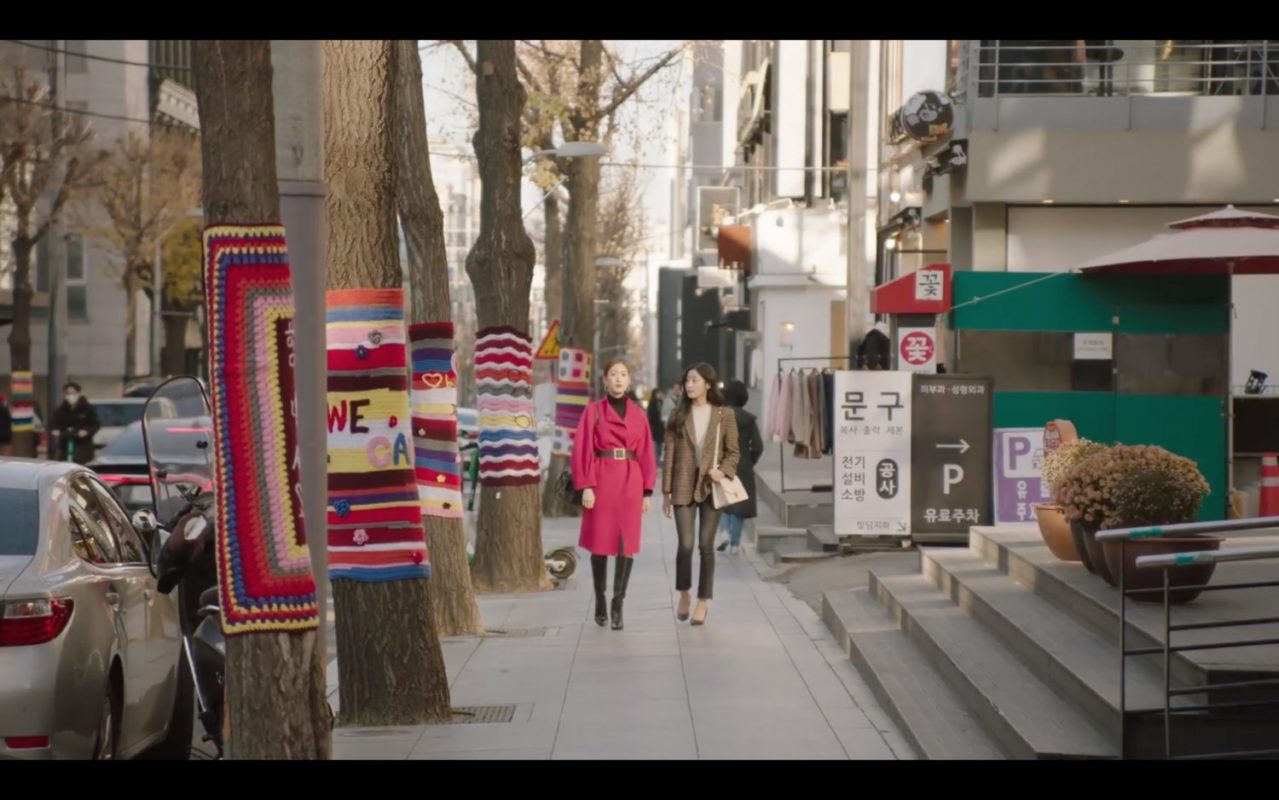 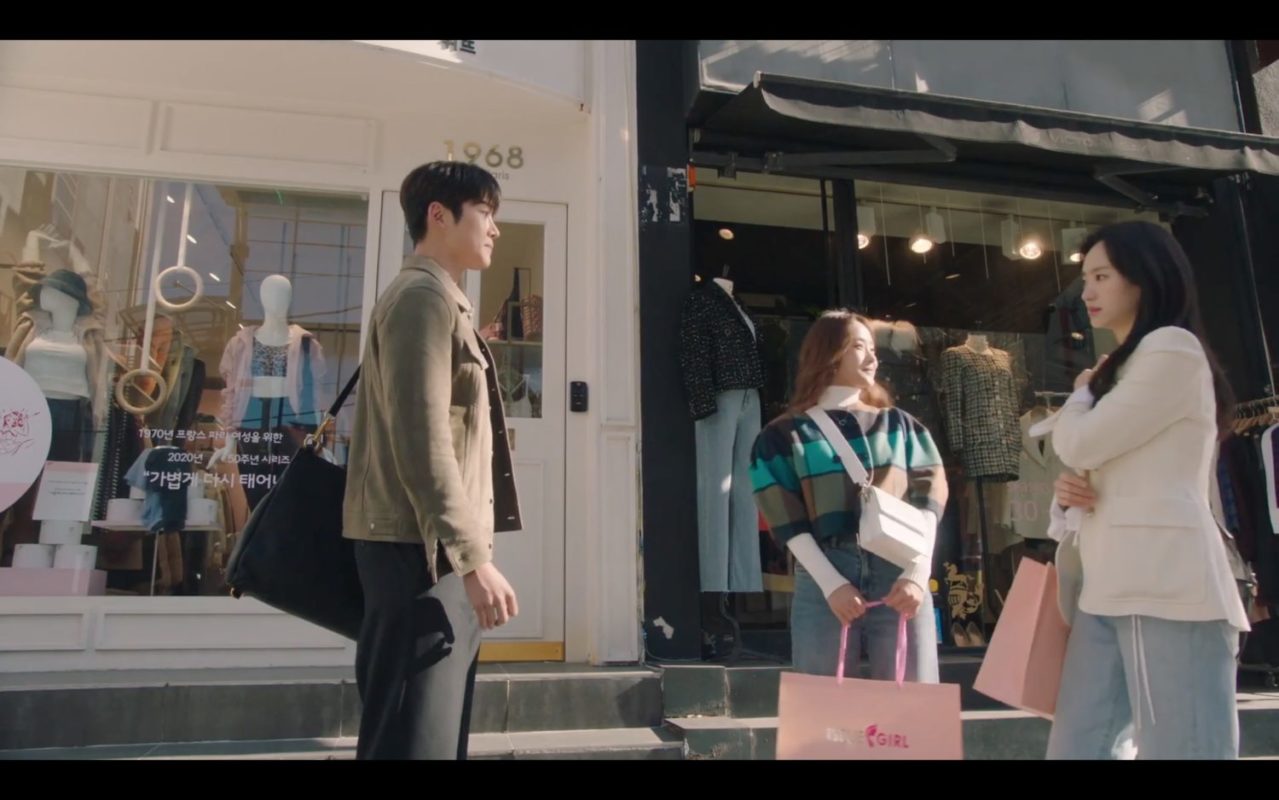 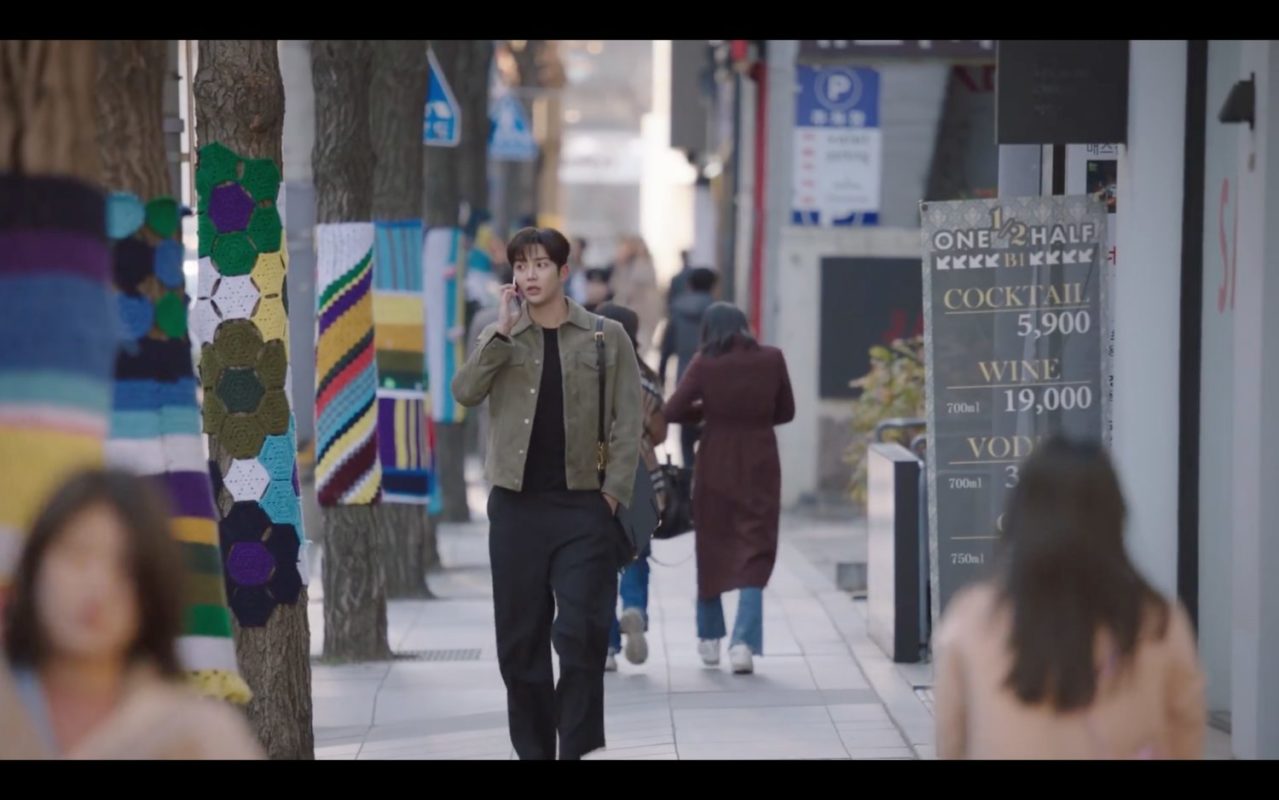 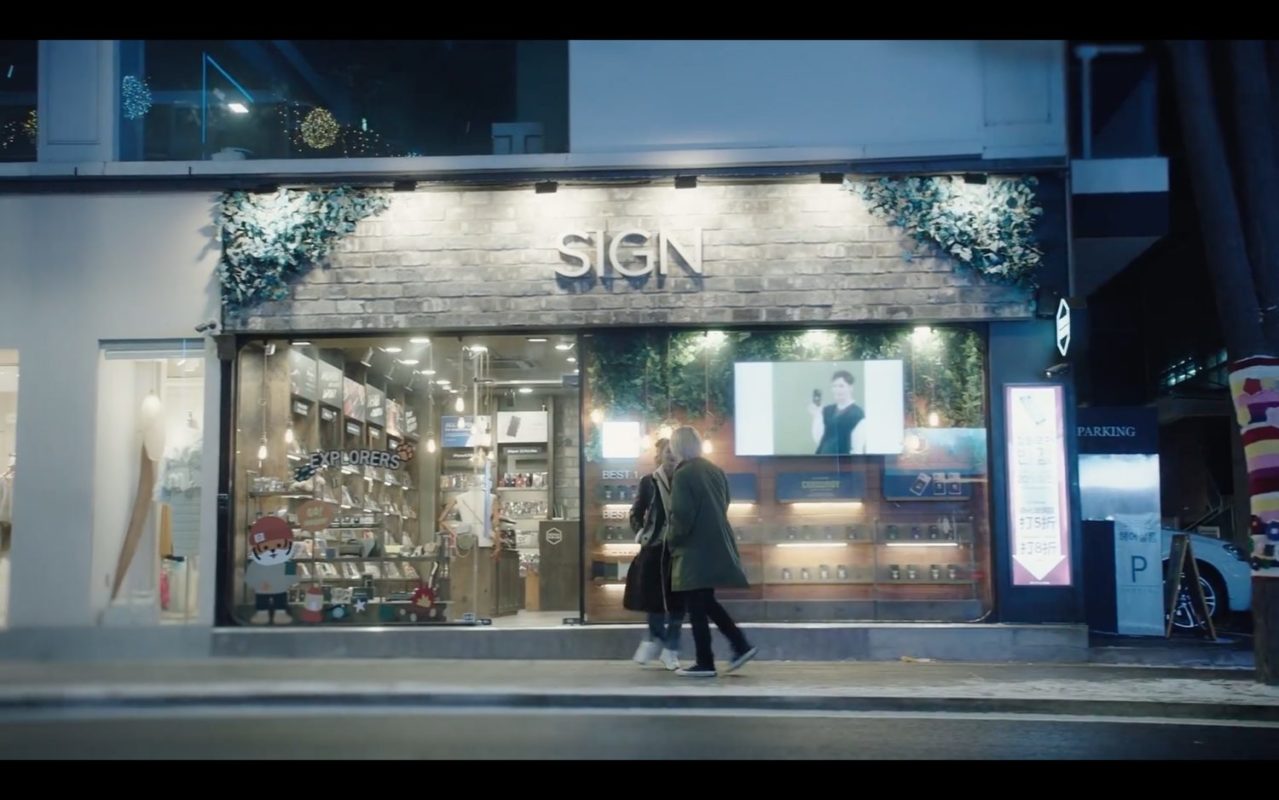 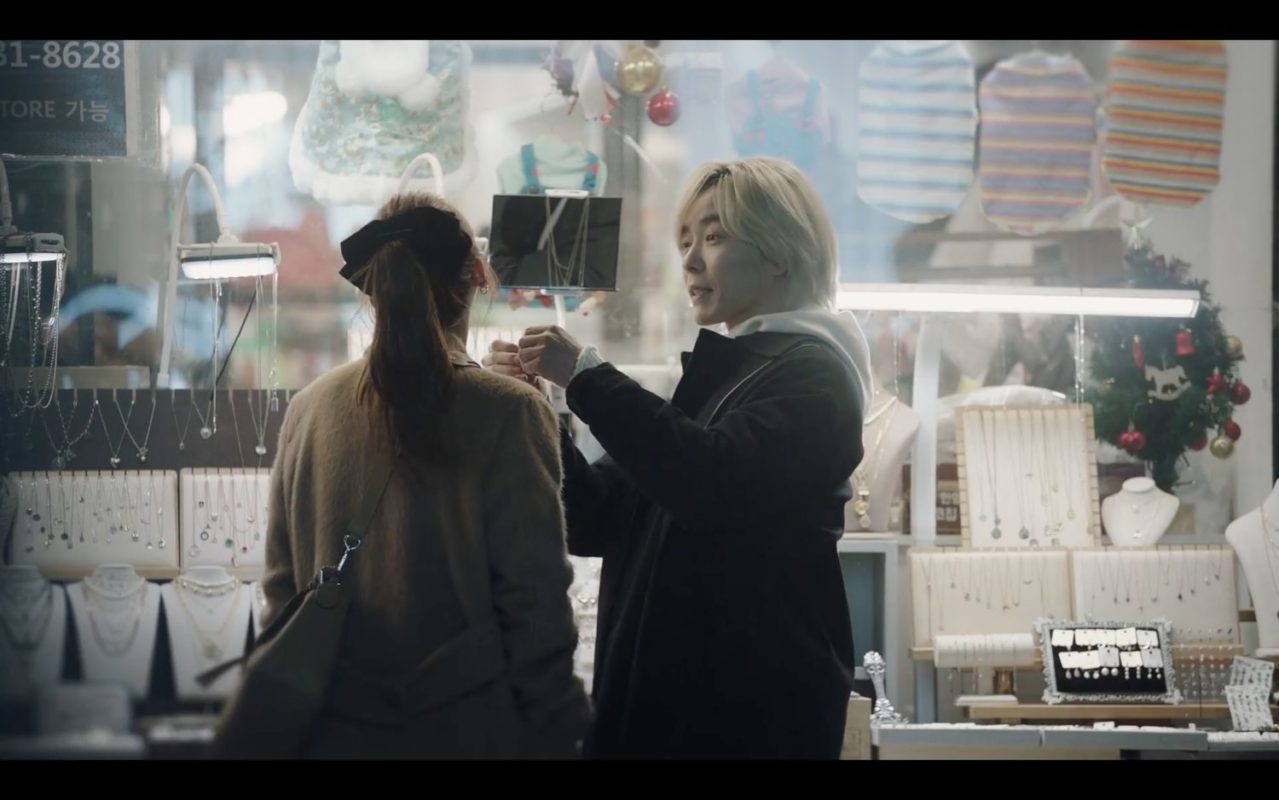 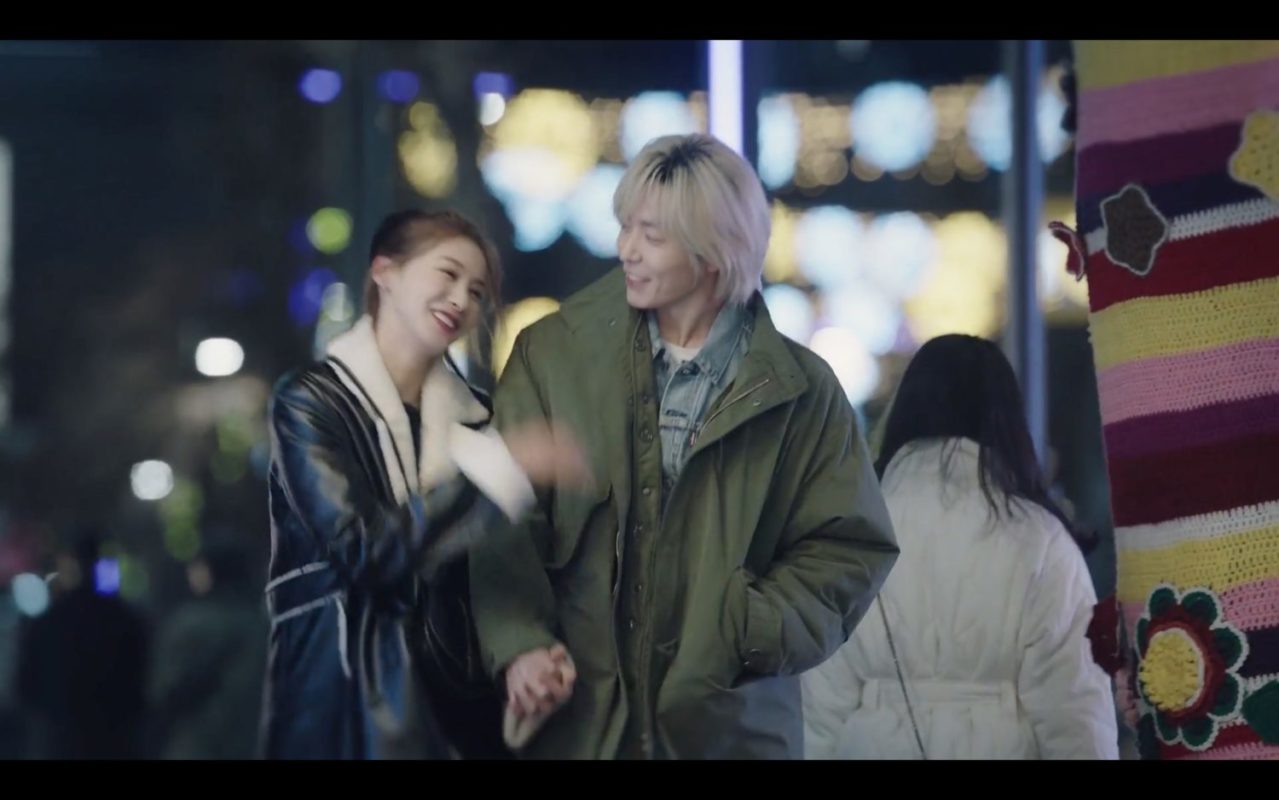 No. 18-25 — In episode 7 of She Would Never Know/Senior, Don’t Put on That Lipstick (선배, 그 립스틱 바르지 마요) (JTBC, 2021), Chae Hyun-seung (Rowoon of SF9) comes to this street to do market research on the weekend and he runs into Yoon Song-ah (Won Jin-ah), who was dragged here for a shopping spree by her friend and roommate Kim Ga-young (Kang Hye-jin), at the height of no. 25. Ga-young decides that they should have lunch together and leaves them alone with an excuse. When leaving the restaurant and walking down this street again at the height of no. 18, Hyun-seung and Song-ah suddenly sees Assistant Manager Kang Soo-mi (Kim Hye-in) walking towards them and they start to run away.

No. 55 — Noh Go-jin (Kim Jae-wook) remembers a date with Baek Soo-young (Yu In-young) at this street passing by the Bugang Building [부강빌딩] (appearing here with the shop ‘Sign’ on its first floor) when dining out together with her and Lee Shin-ah (Krystal Jung) at the FestIVA Restaurant in in episode 9 of Crazy Love (Keuleiji Leobeu/크레이지 러브) (KBS2, 2022).

Other locations located on this street

Known today for its up-scale boutiques, galleries, restaurant and cafés, it’s also known as ‘Artist’s Street’ from the 1980s when art galleries and cultural facilities started to populate the area around the street. A decade later in the 1990s, young fashion designers moved into the area and made this street into the design street it is today. According to Visit Seoul.Net, since the 2010s a lot of existing shops relocated from this street to the backstreets, which let to “the emergence of Serosu-gil”, from a wide street (garo meaning width) to a long street (‘sero’ meaning ‘length’).

In 2018, the first Apple store in South Korea opened its doors at this street. The yarn bombing on this street, also seen in She Would Never Know, was done in 2020.

In 2012, this street was selected as one of 100 regular filming locations for movies and dramas by the Seoul Metropolitan Government and the Seoul Film Council, and featured in the brochure The Places In Seoul Cinema Fell in Love With (영화가 사랑한 서울 촬영지 100선).