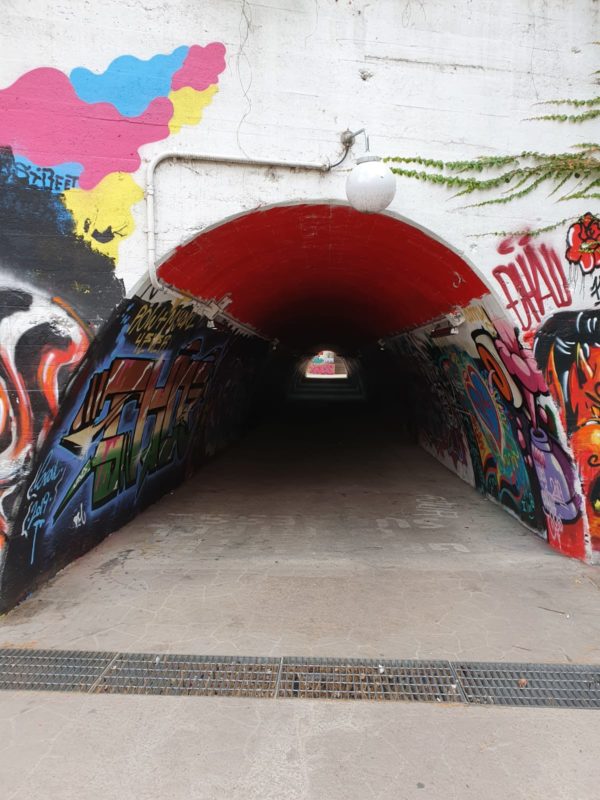 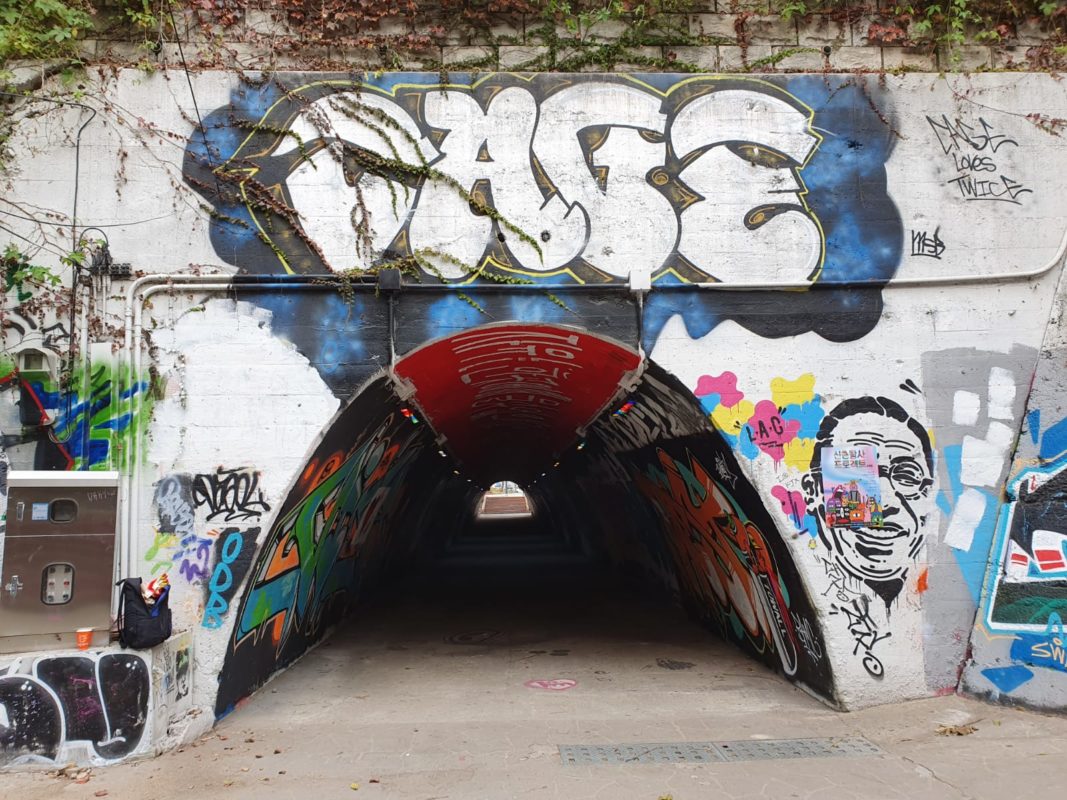 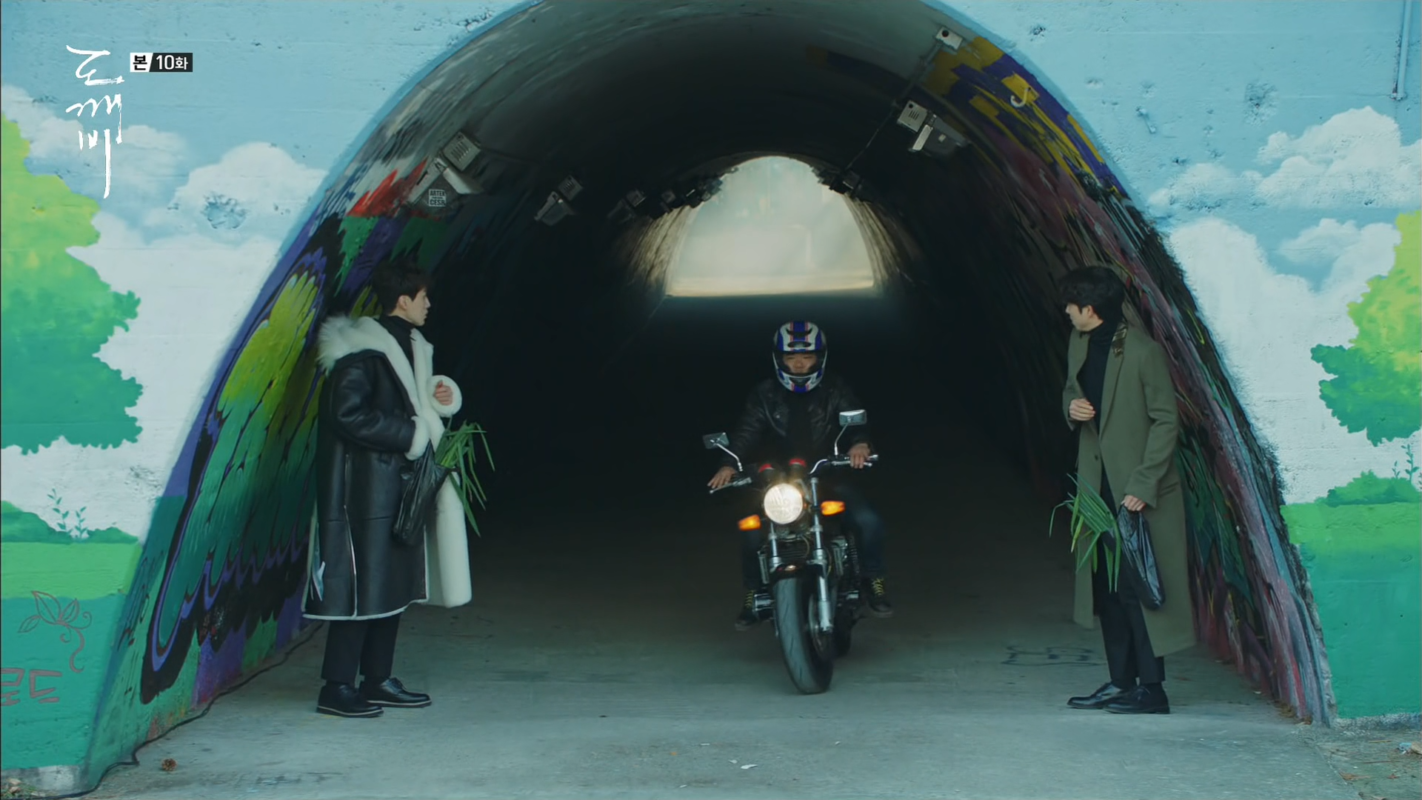 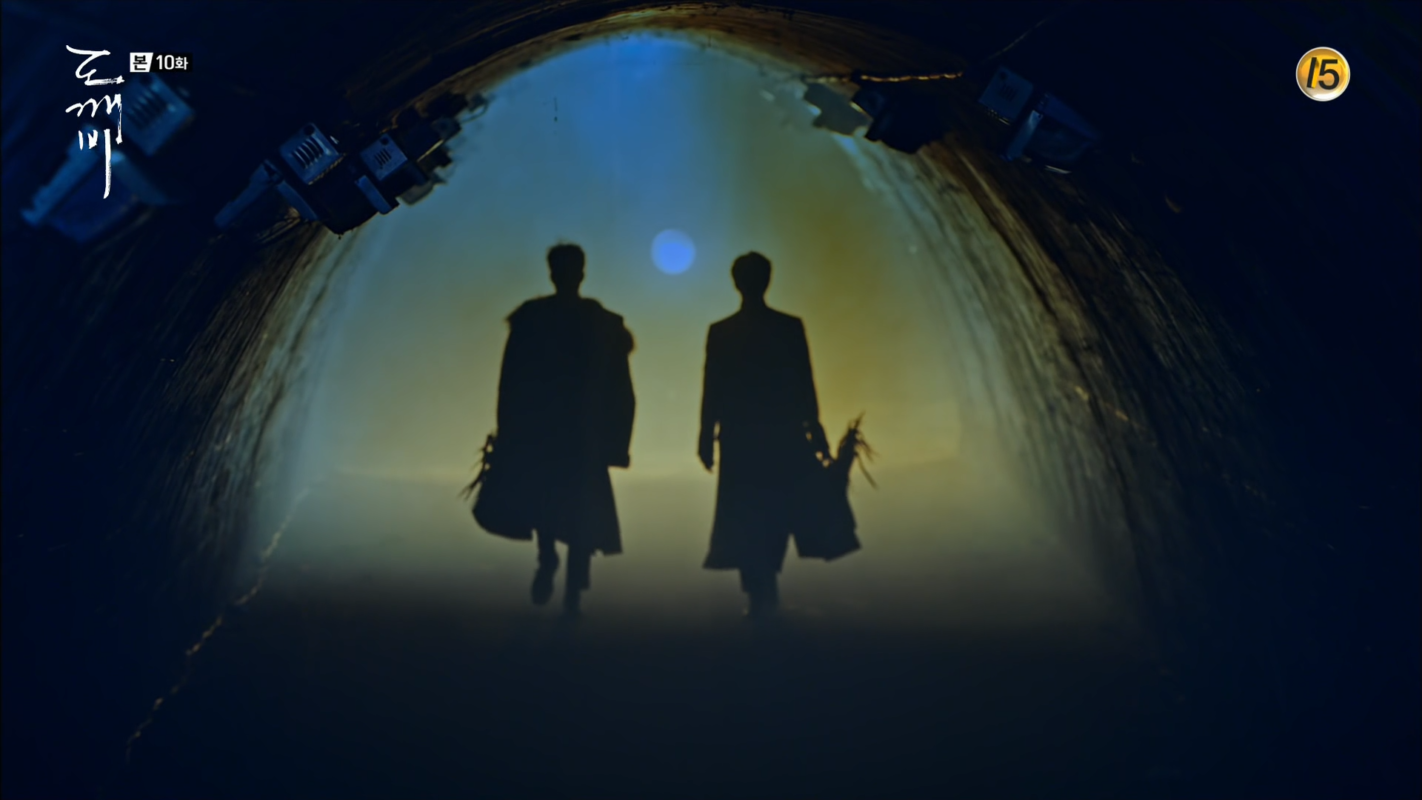 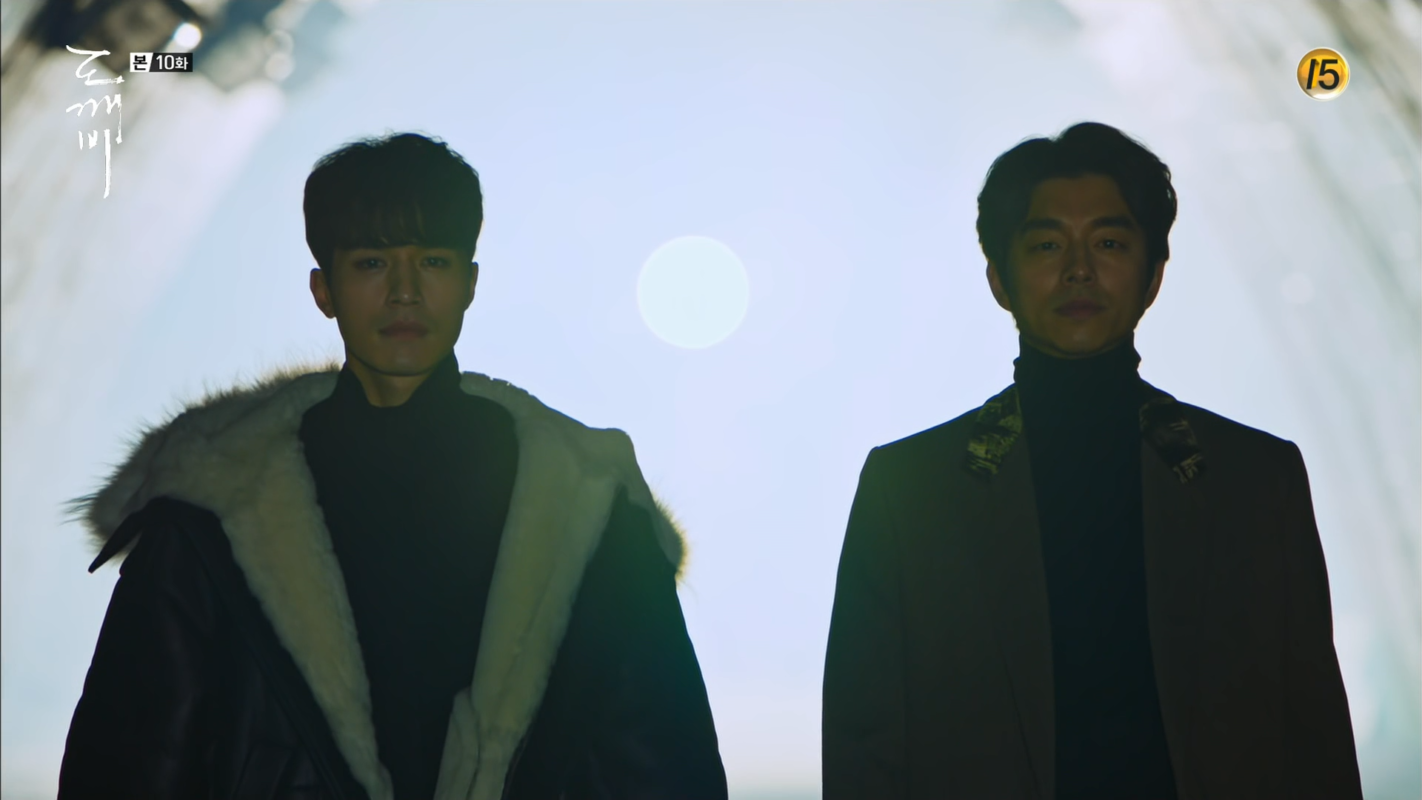 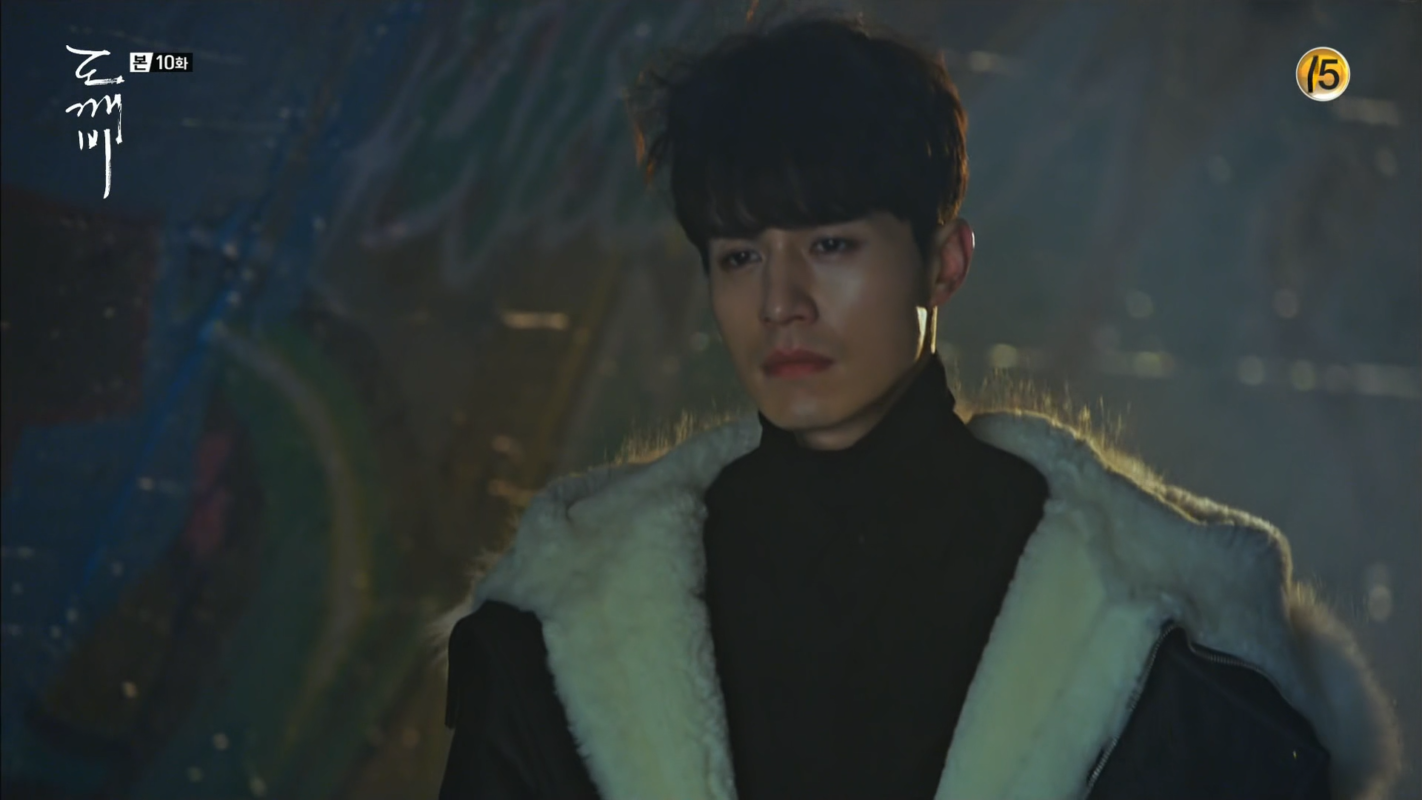 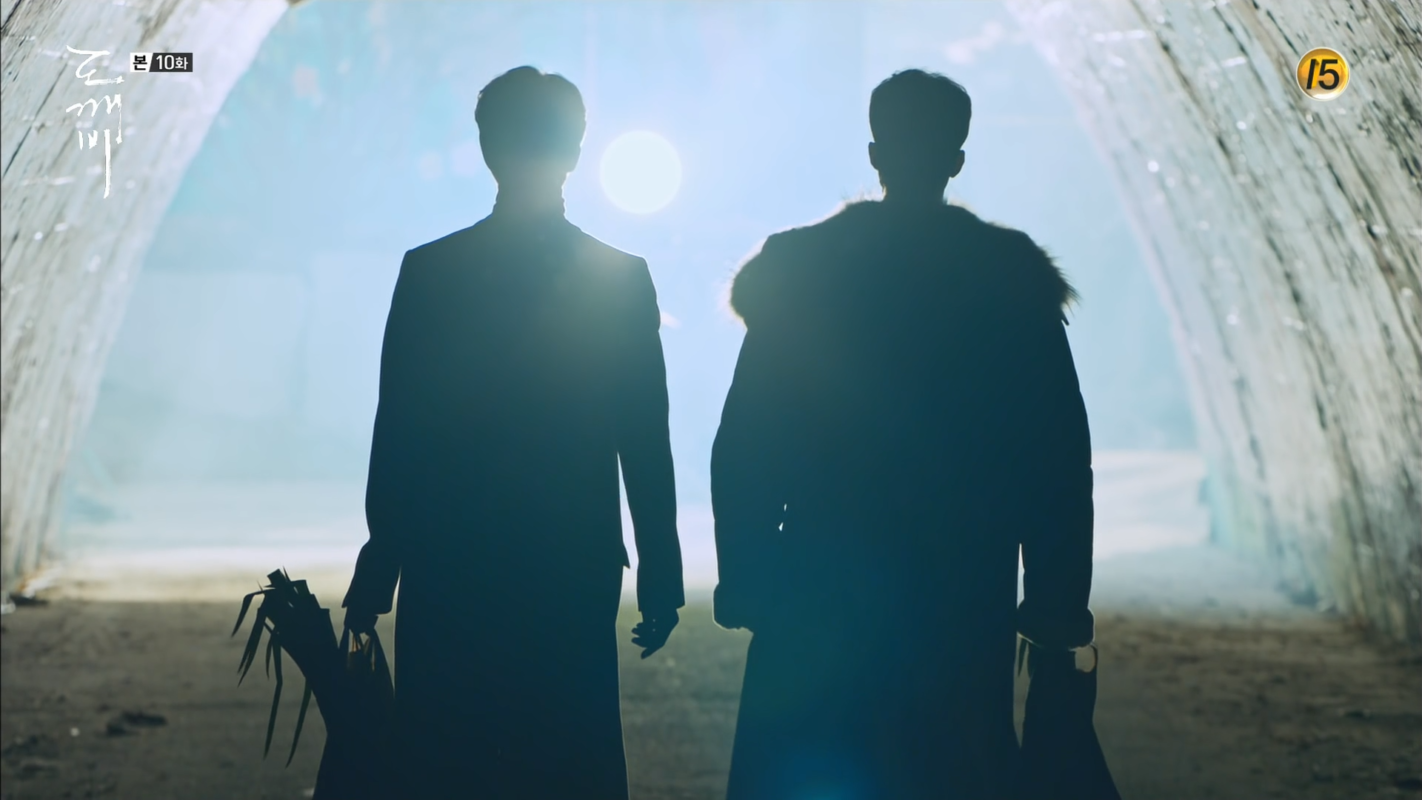 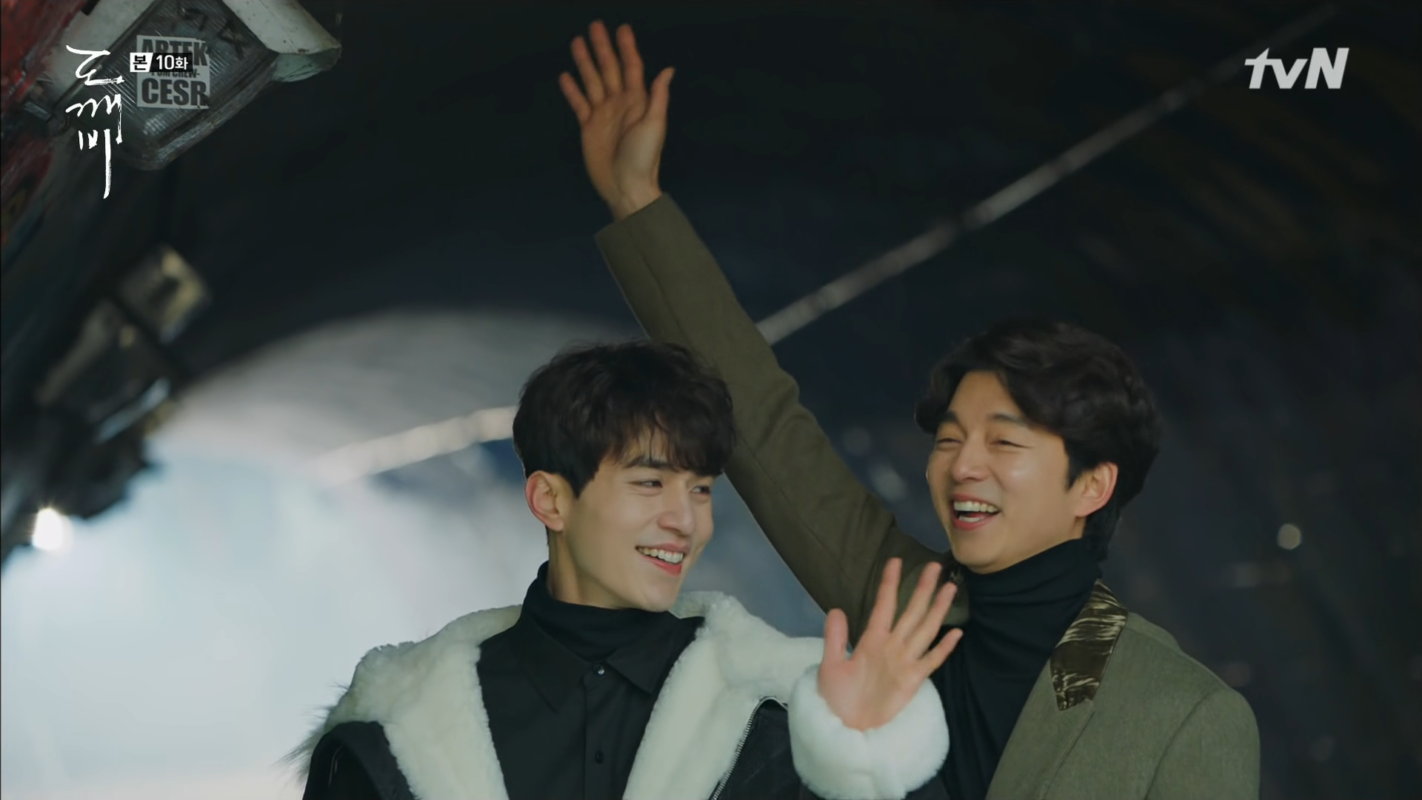 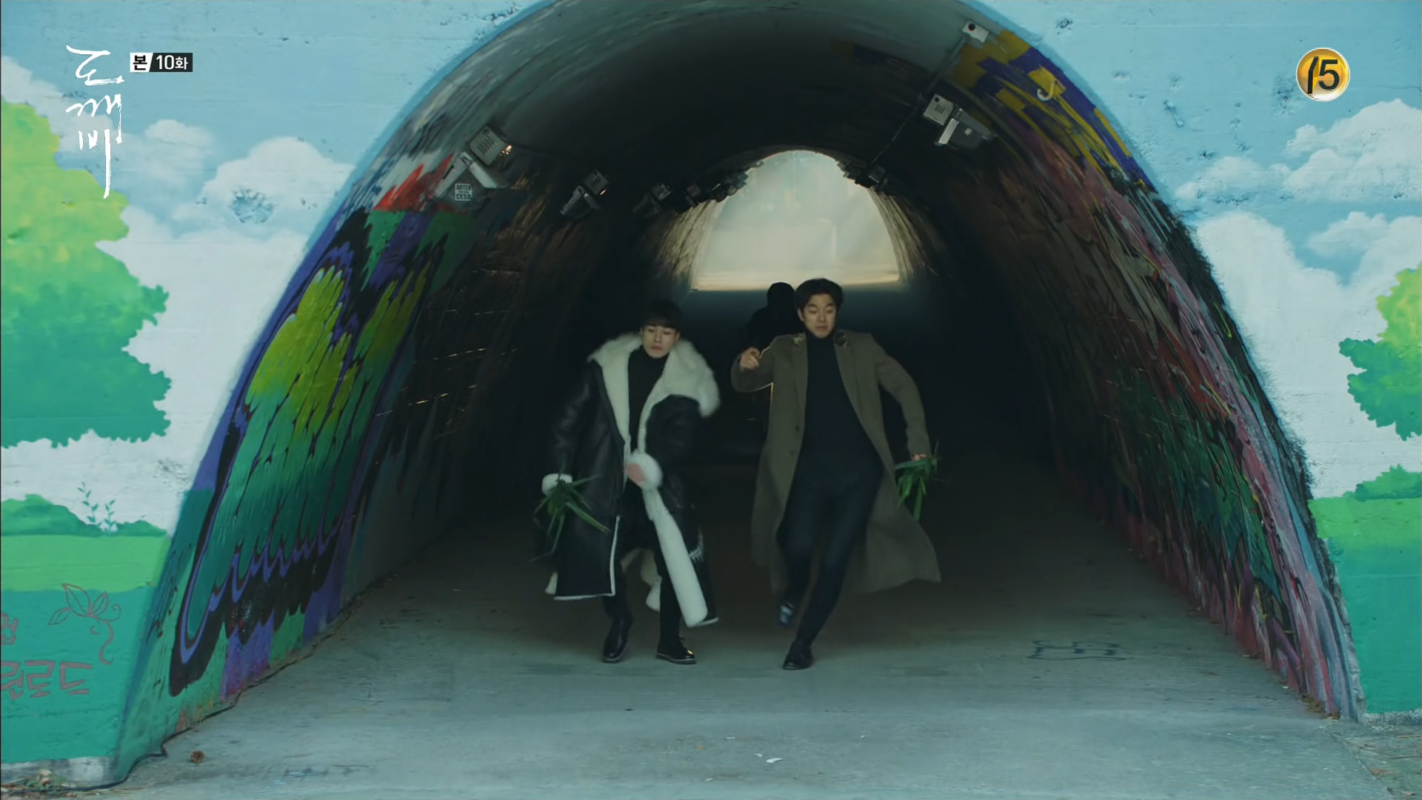 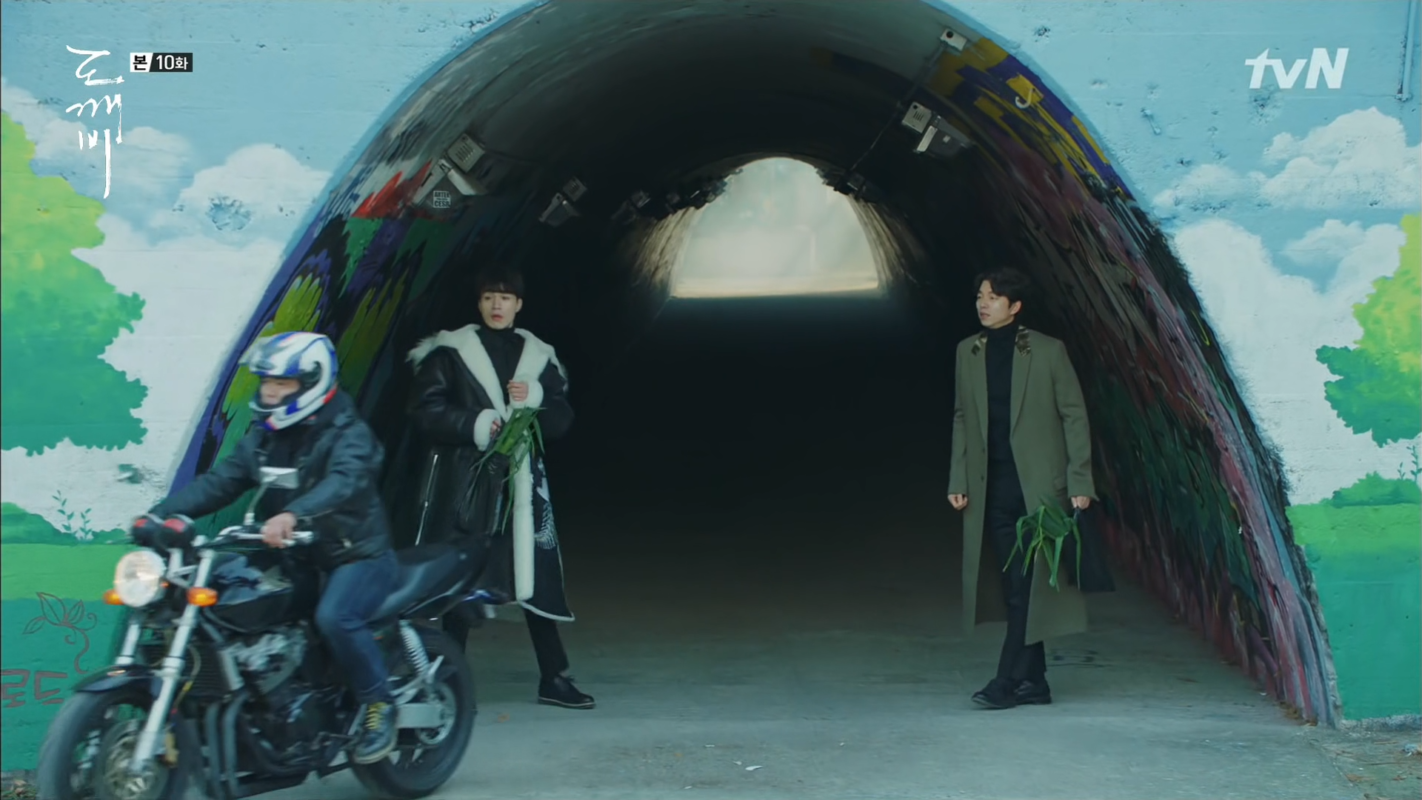 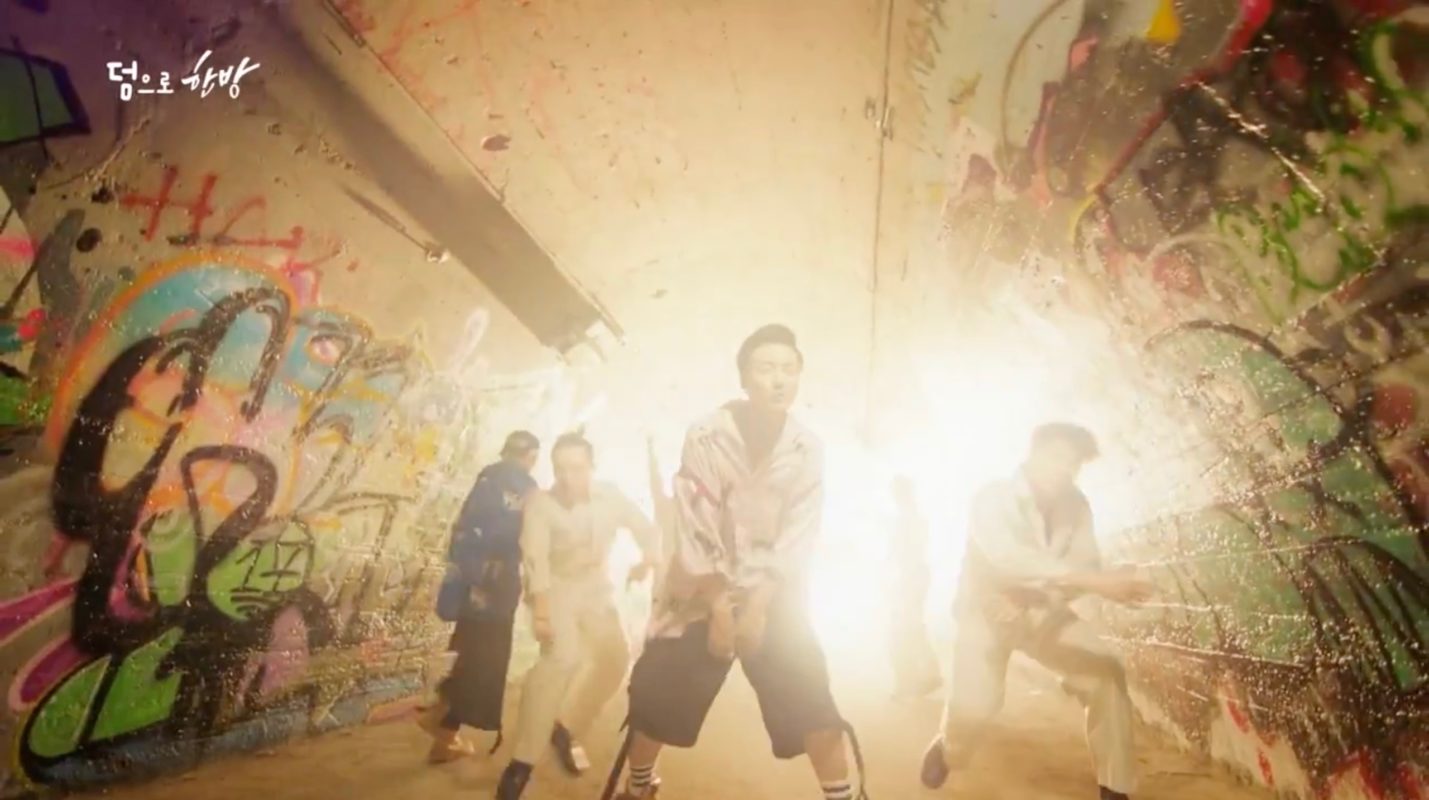 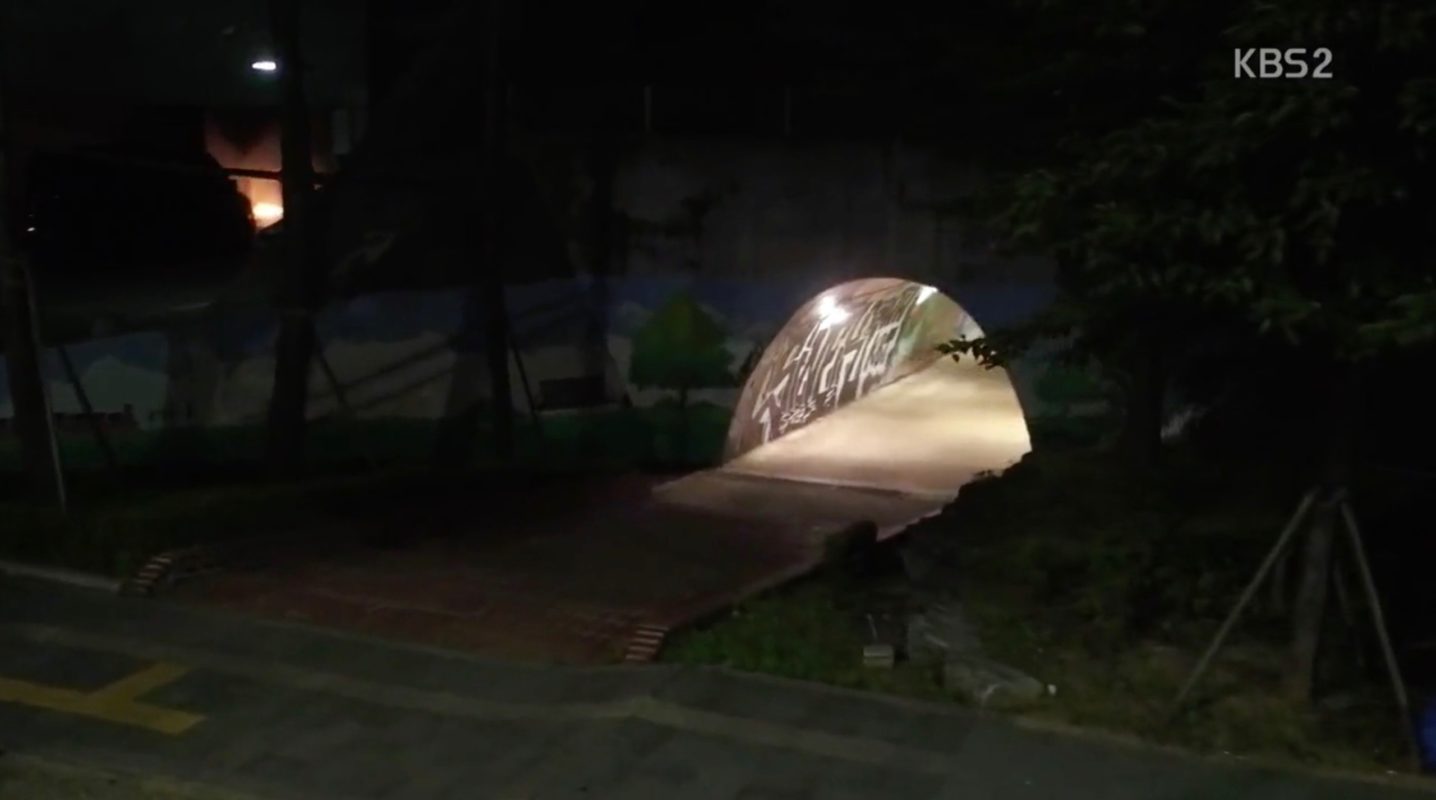 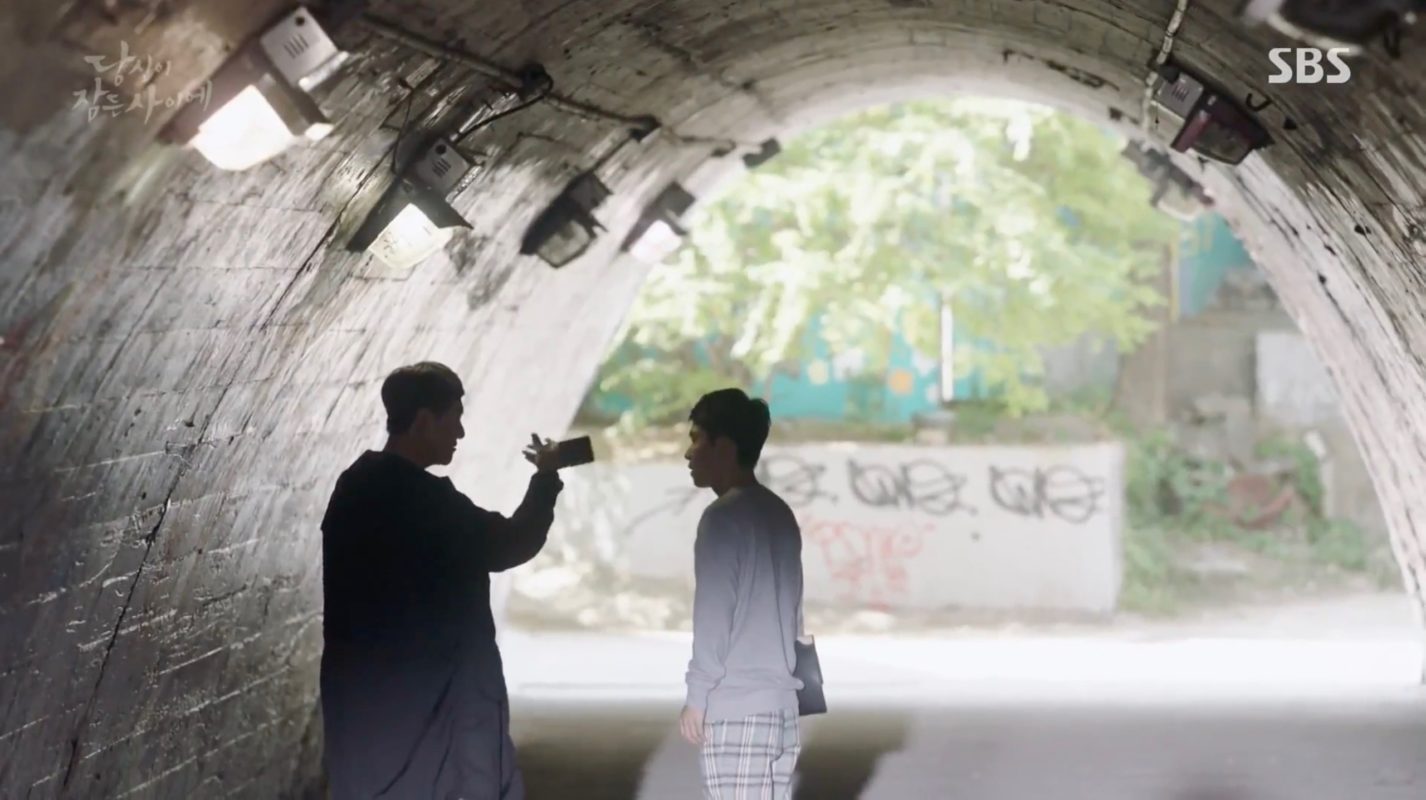 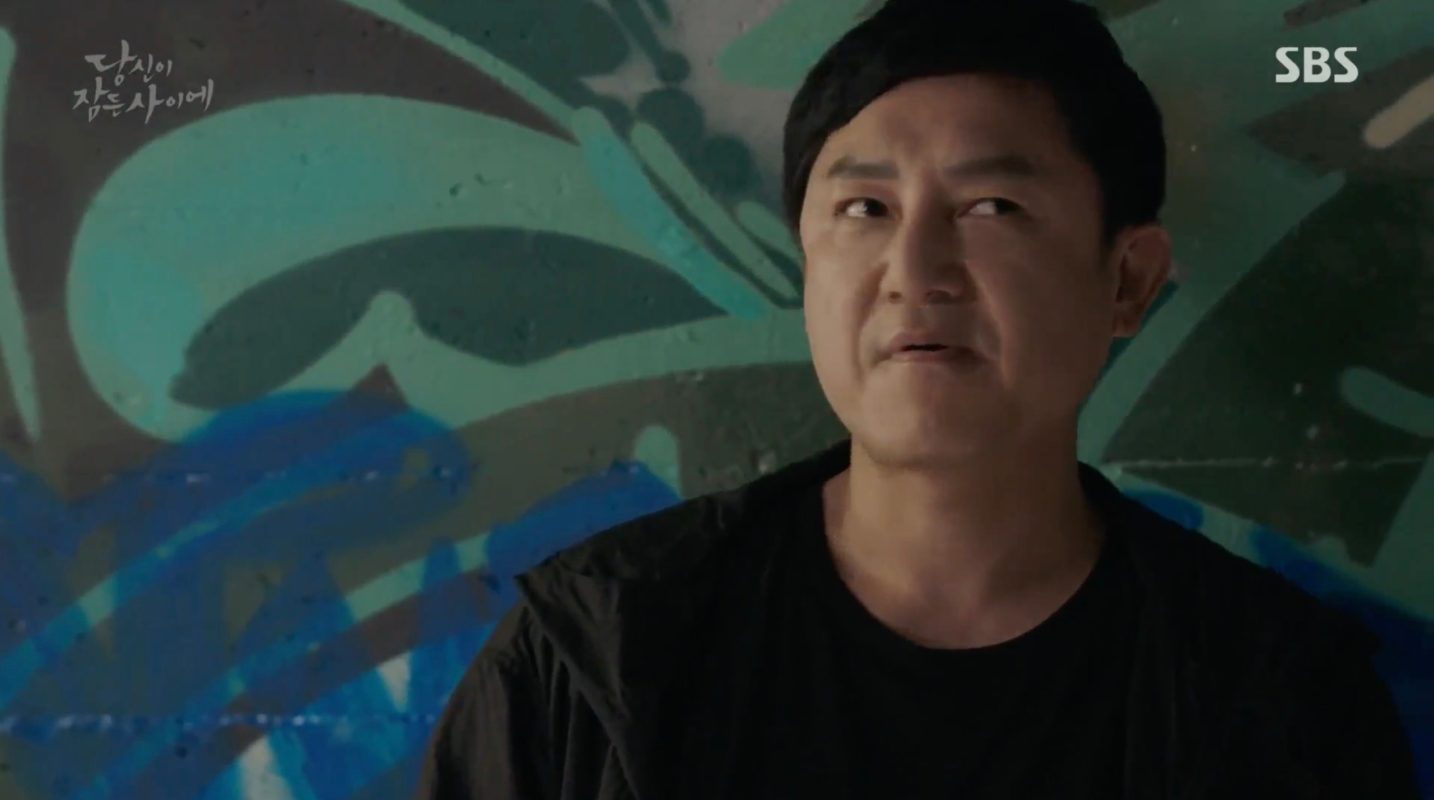 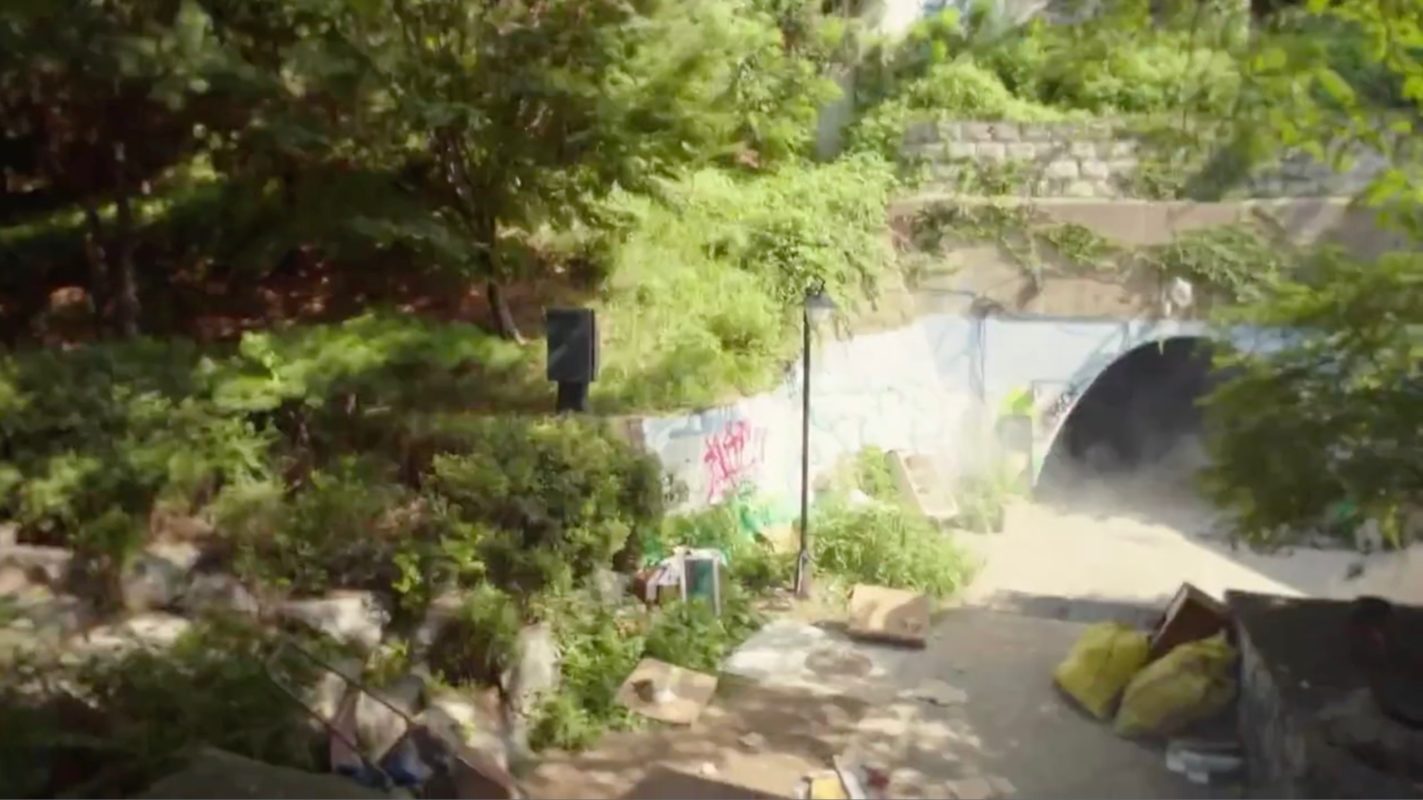 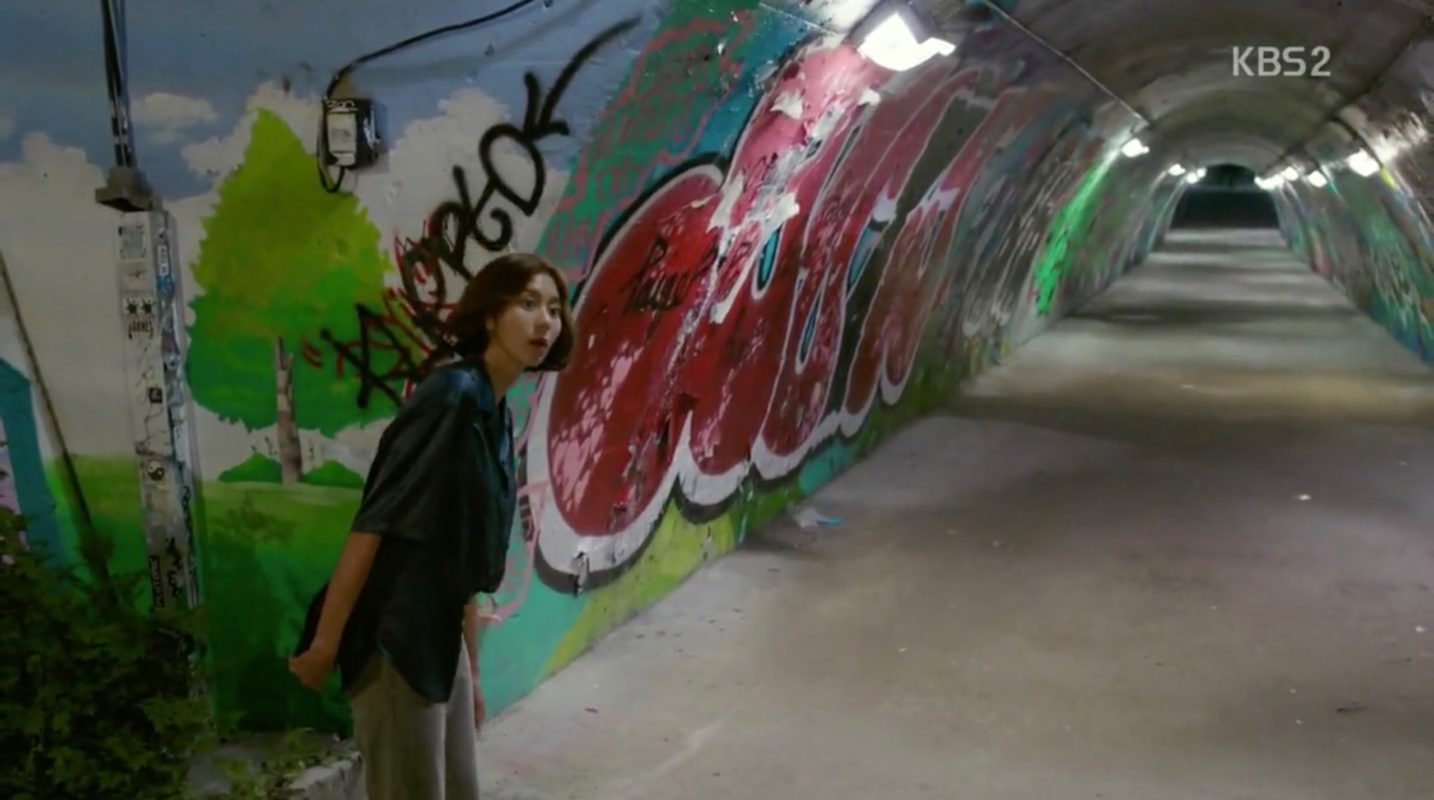 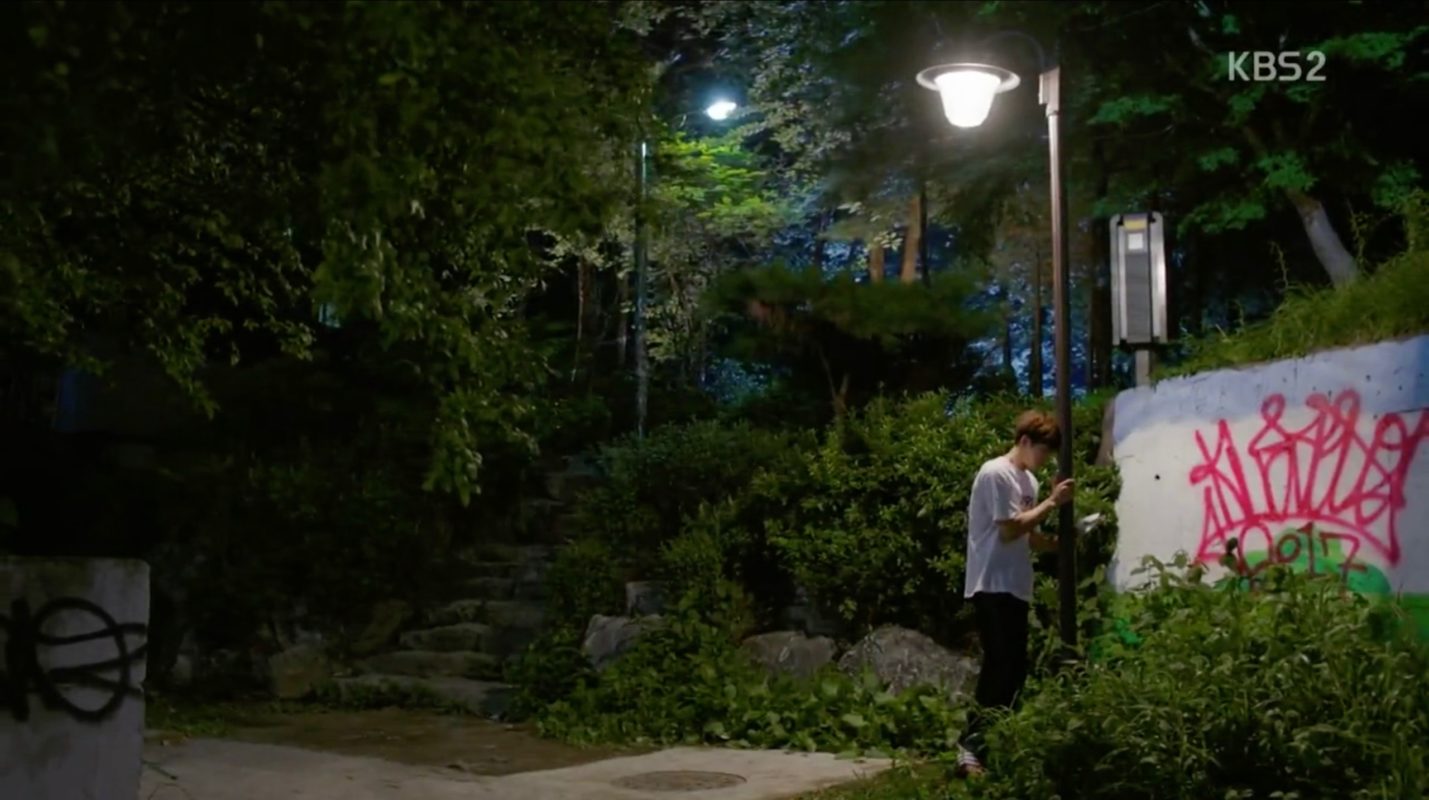 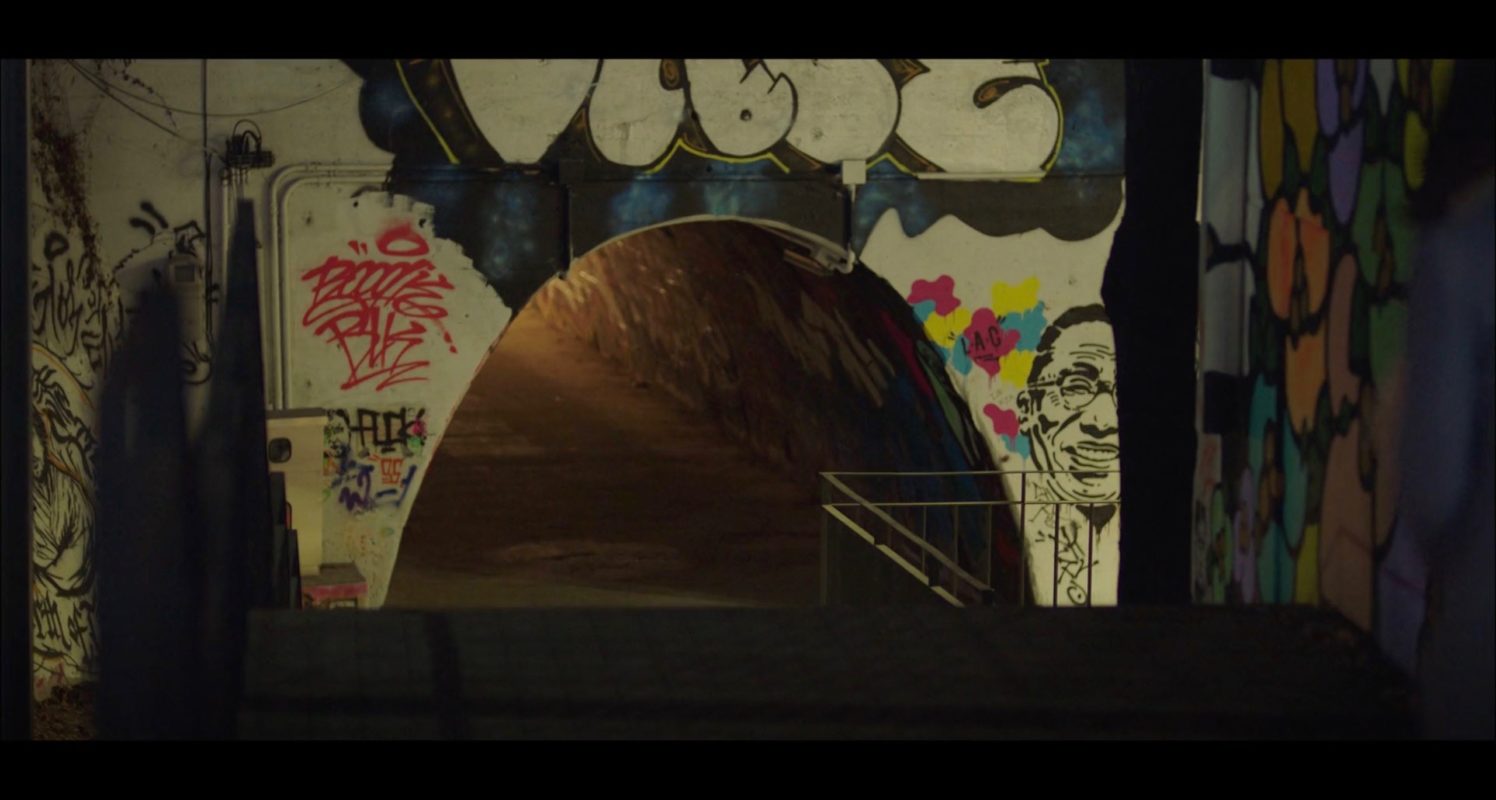 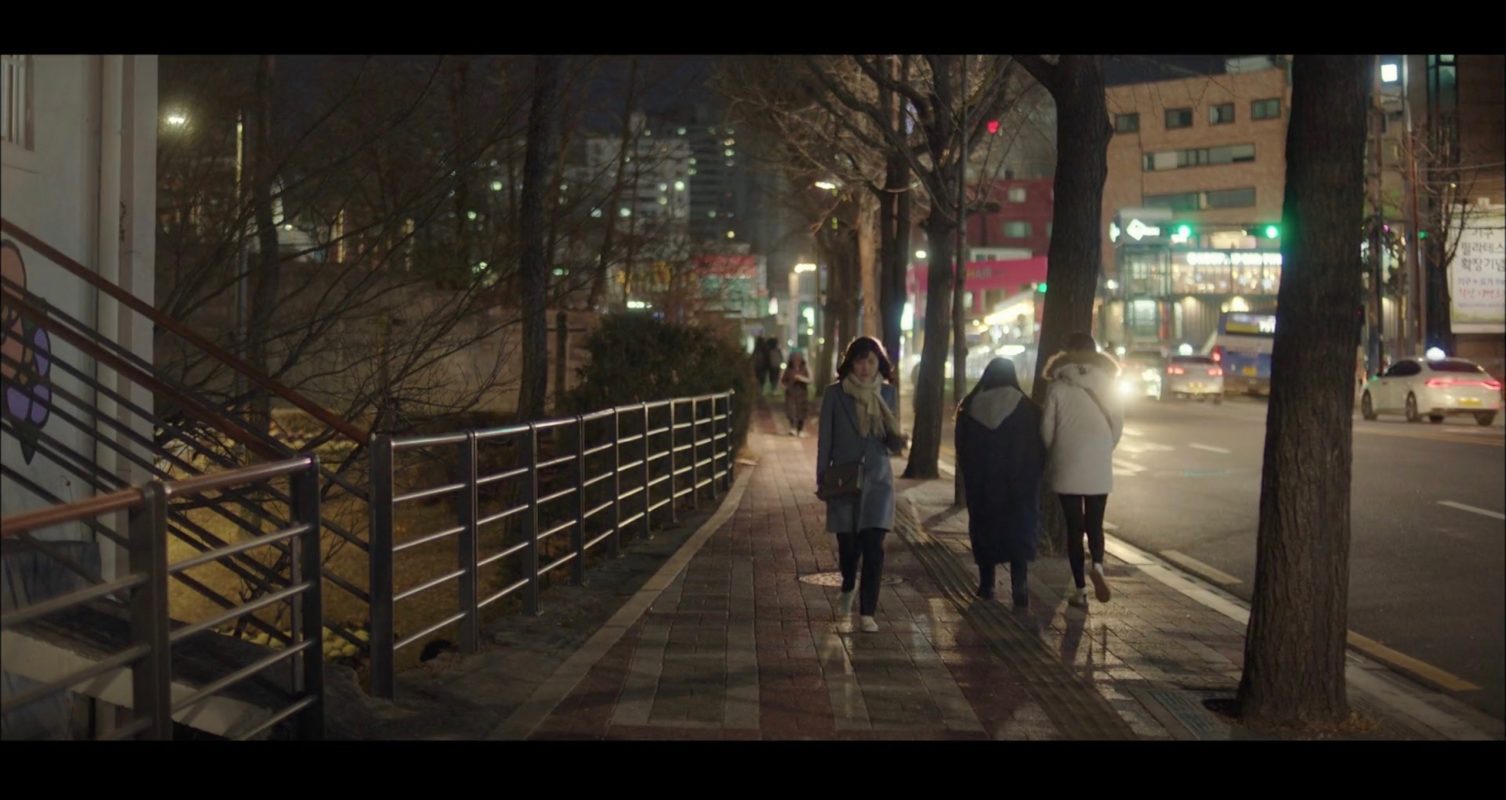 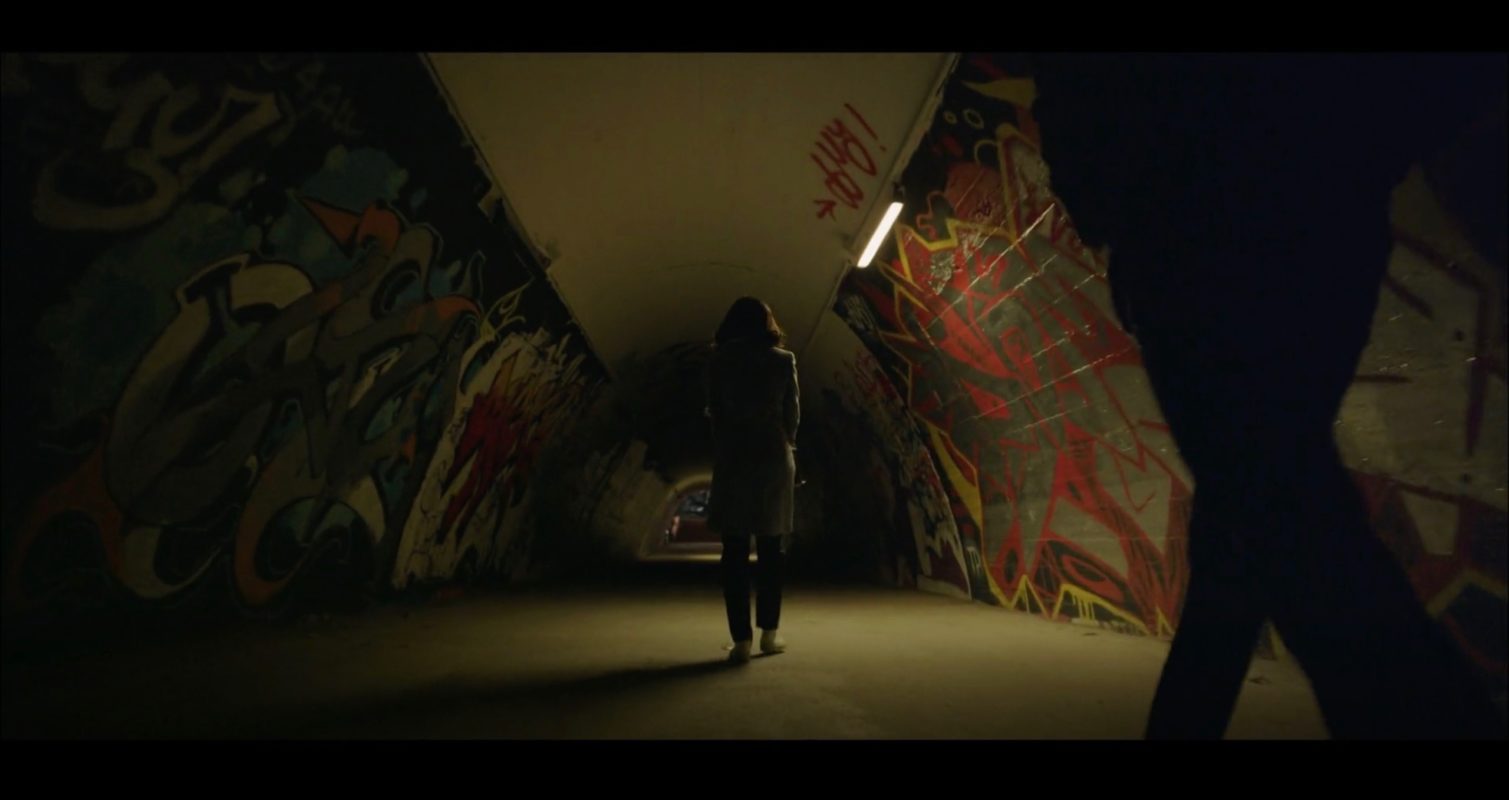 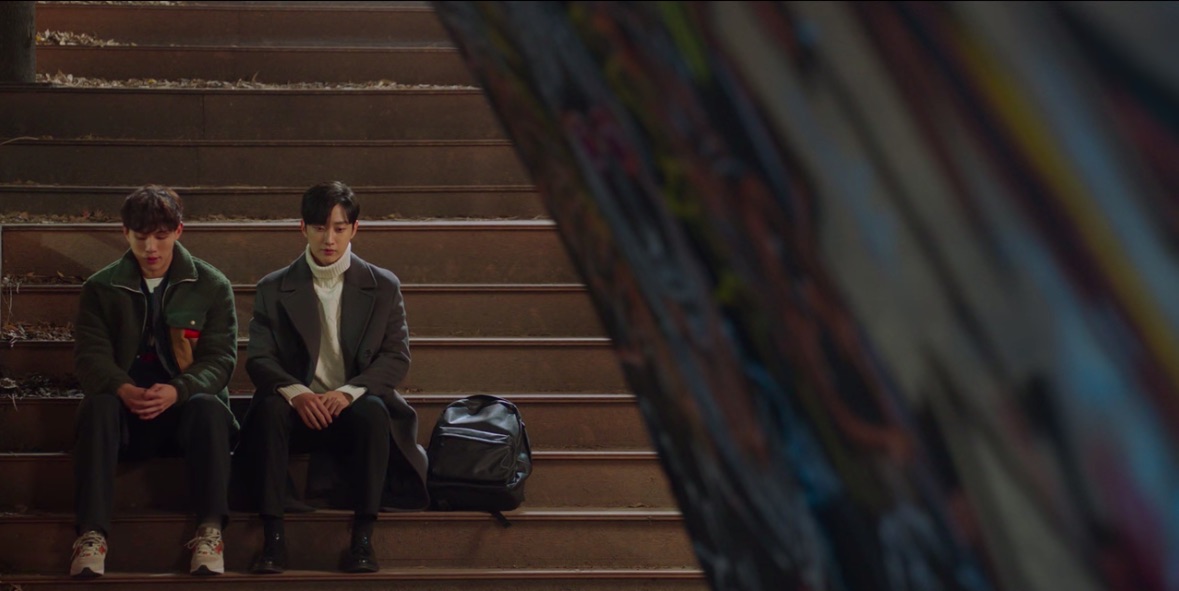 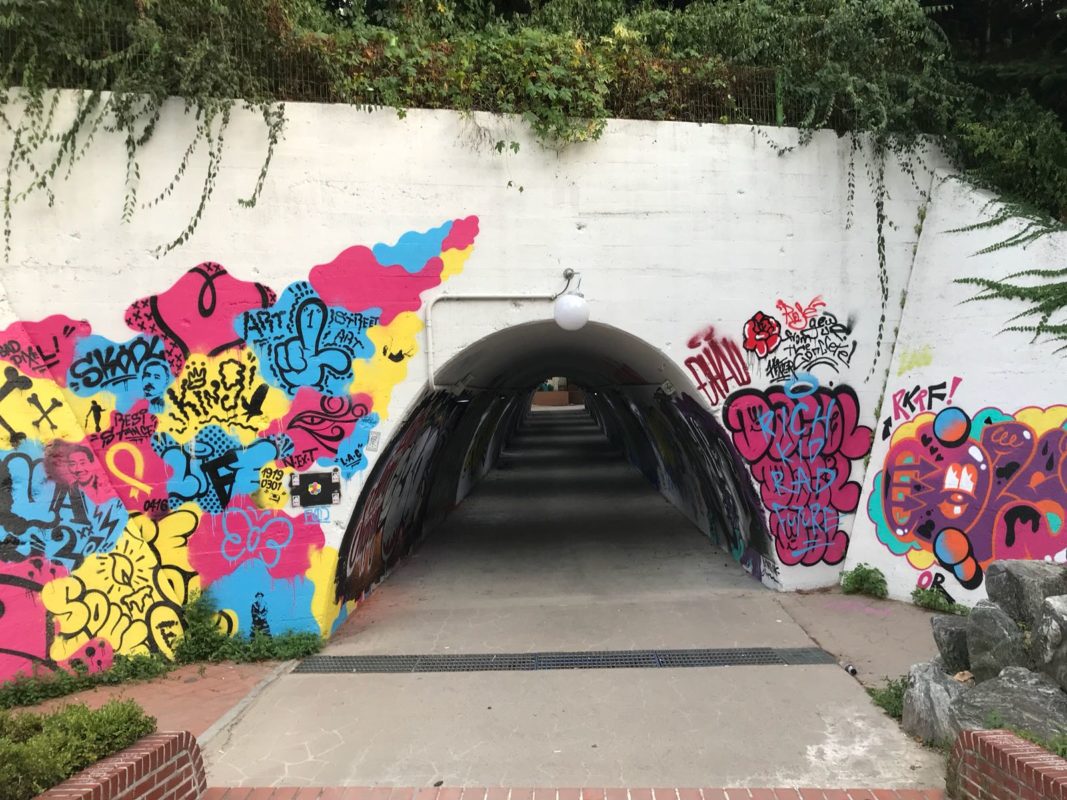 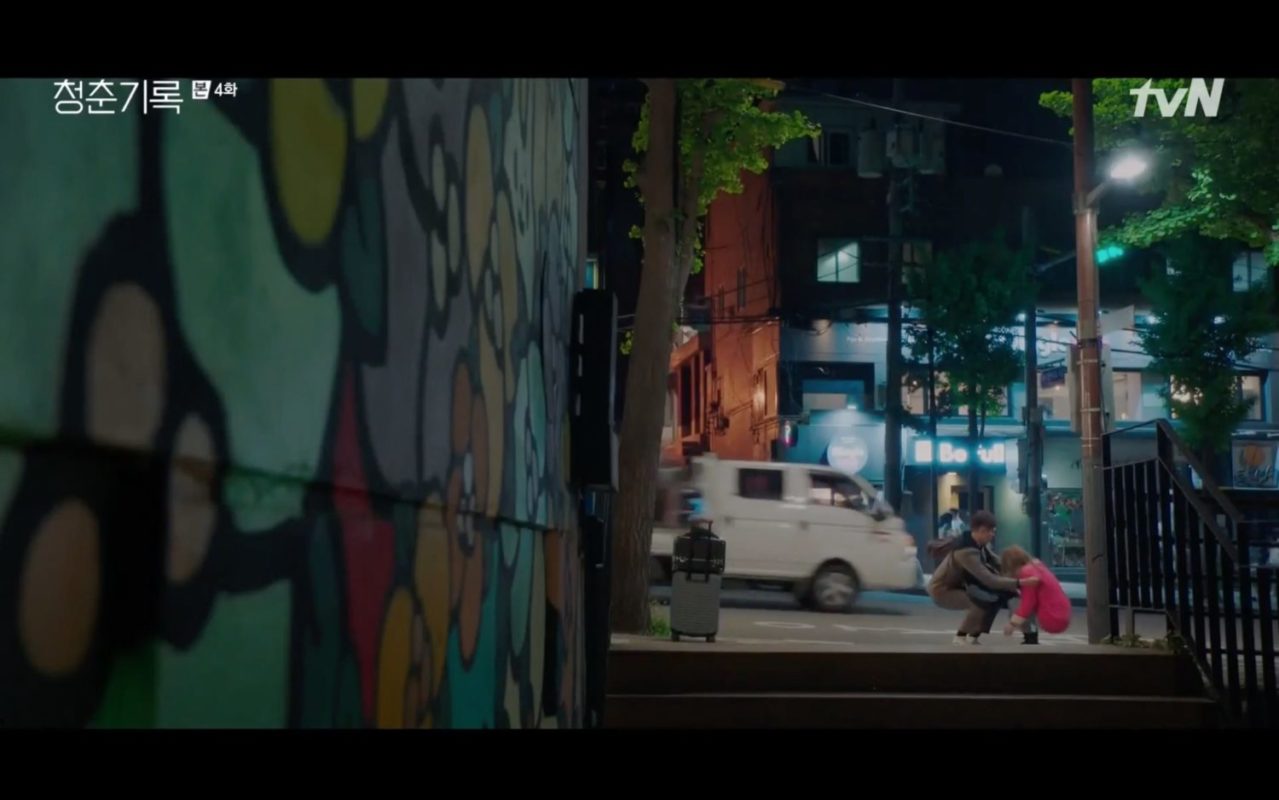 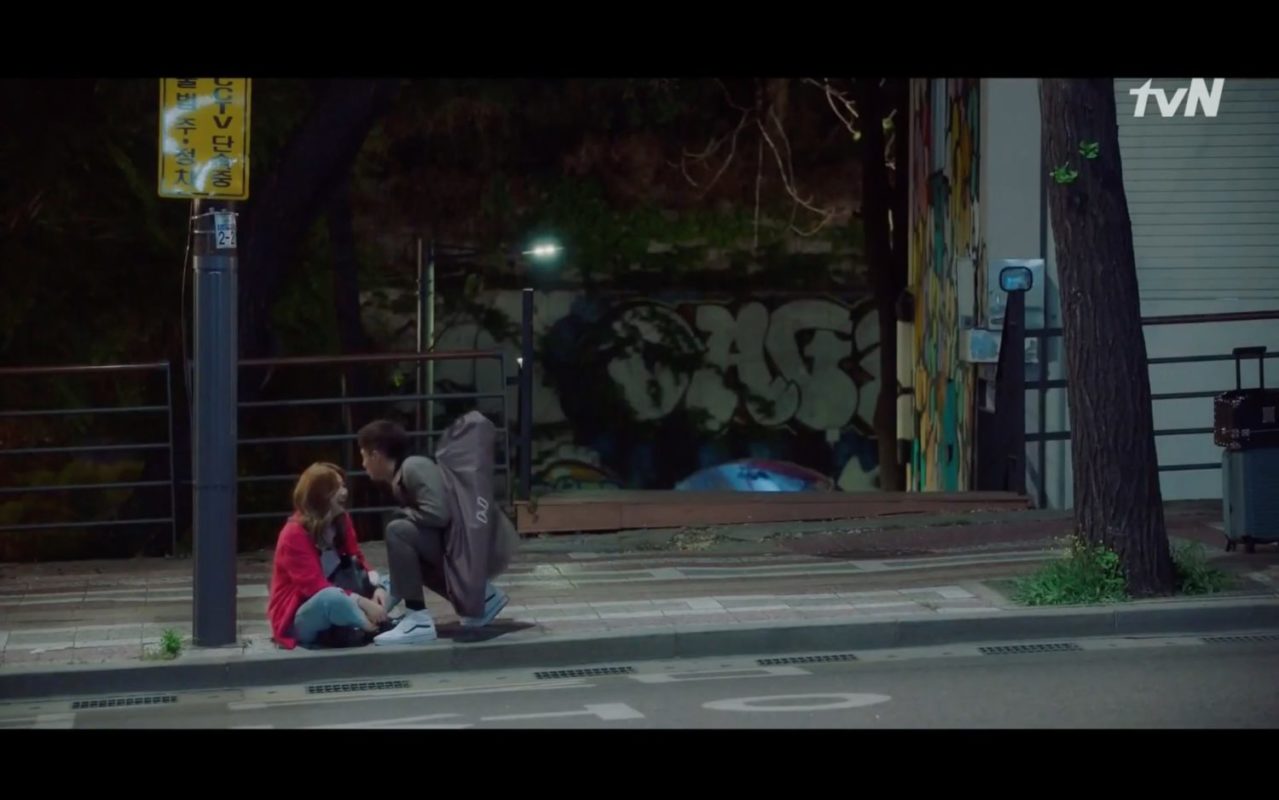 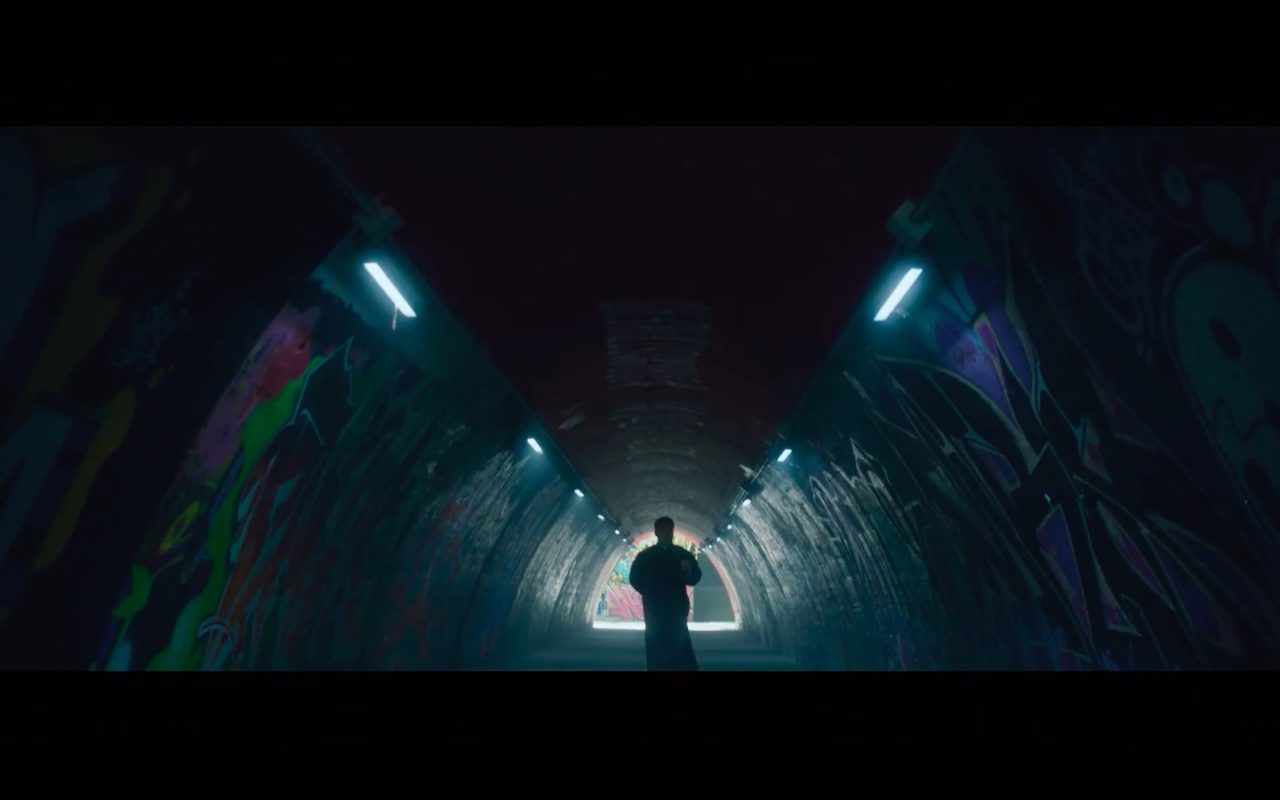 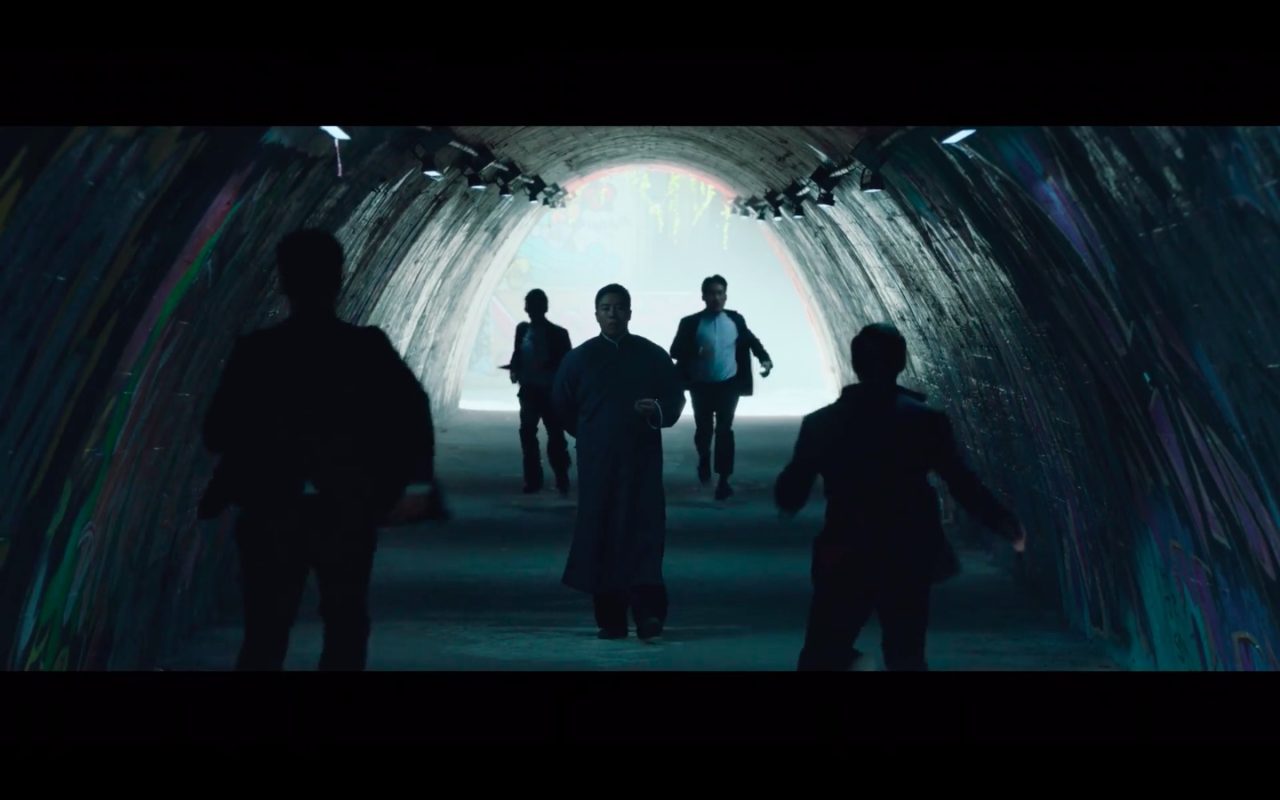 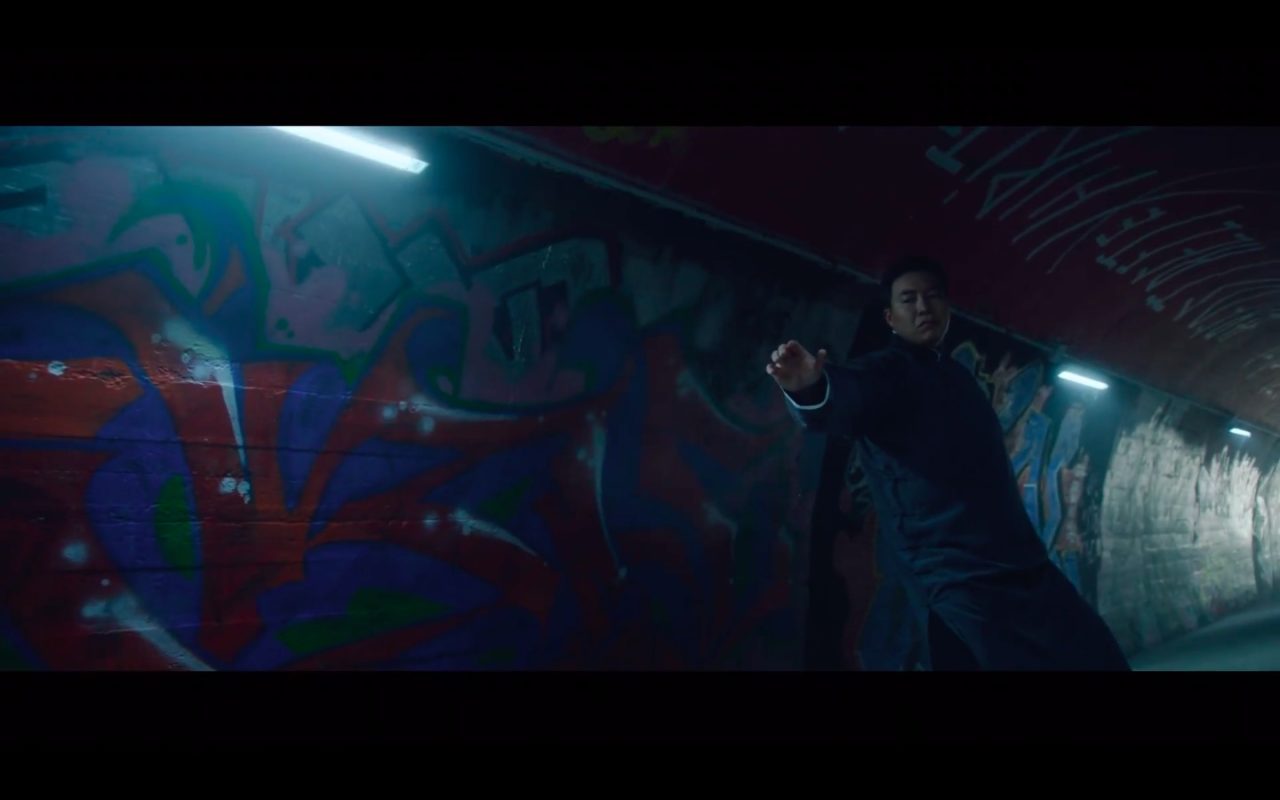 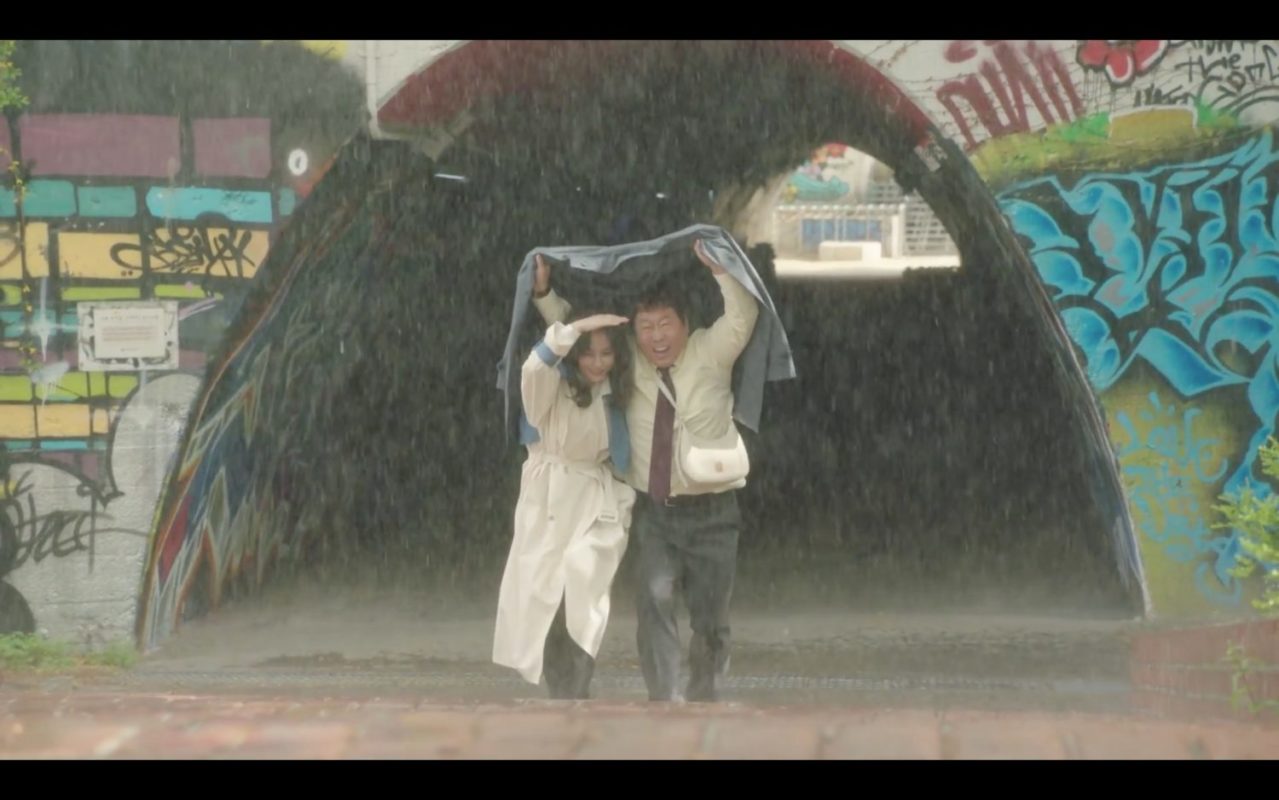 This tunnel is also shown in the final scenes of episode 16 of Oh My Ladylord/Oh! Master (오! 주인님) (MBC, 2021), with Han Bi-soo and Joo-in’s agents running together in the rain, sheltering under a jacket, at the Yonsei University Exit.

Disguised Han Yu-hyeon (Kim Young-kwang) meets up at this tunnel with disguised Anthony (Eum Moon-suk) in episode 3 of Hello, Me!/안녕? 나야! (KBS2, 2021) and they exchange money against limited edition accessories.

This tunnel is seen as Park Tae-joo (Yoo Je-hee) recounts the story of how Han-son (Tae Won-seock) got his name to Cha Joo-eun (Seohyun from Girls Generation/Seo Ju-hyun) and Jang Min-jung (Jang Jin-hee), in episode 7 of Private Lives/Private Life/Sasaenghwal (사생활) (JTBC, 2020). According to Tae-joo, Han-son was known for only using one hand to defeat his opponents, which is quite literally ‘han son’ in Korean.

When Sa Hye-joon (Park Bo-gum) walks back home drunk An Jeong-ha (Park So-dam) in episode 4 of Record of Youth/The Moment/Youth Record (청춘기록) (tvN, 2020), she breaks down and cries at the southern entry of this tunnel.

Yoon Tae-oh (Ji Soo) and Seo Do-hyun (Jung Jin-young) come here to talk things out with each other in episode 13 of My First First Love/Because It’s My First Love (첫사랑은 처음이라서) (Netflix, 2019).

On her way back home at night in episode 4 of Touch Your Heart/Reach of Sincerity (진심이 닿다) (tvN, 2019), secretary Yang Eun-ji (Jang So-yeon) decides to pass through this tunnel as a short-cut to her home. While doing so, she suddenly senses that somebody’s following her and quickens her pace. She freaks out when the person catches up with her — but it turns out to be her colleague Lee Doo-seob (Park Ji-hwan).

The police cracks down a cellphone dealer and his victim here in episode 25 of While You Were Sleeping (당신이 잠든 사이에) (SBS, 2017). As the story tells us, the dealer is the brother of the murderer of Nam Hong-joo’s (Bae Suzy)’s and Jung Jae-chan’s (Lee Jong-suk) dads.

Bong Pil (Kim Jae-joong) runs through this tunnel to finally confess his love to Kang Soo-Jin (Uee) in episode 1 of Manhole (맨홀-이상한 나라의 필) (KBS2, 2017), only not to be able to say a word when finally in front of her hours later. It’s also the manhole in front of this tunnel, that he’ll time travel just after berating himself (again and again) for another missed chance.

In episode 10 of Goblin/Guardian: The Lonely and Great God (쓸쓸하고 찬란하神 – 도깨비) (tvN, 2016-17), Kim Shin (Gong Yoo) and the Grim Reaper (Lee Dong-wook) were seen doing the runway walk through this tunnel after buying green onions (대파) for Ji Eun-tak (Kim Go-eun) and their moment was interrupted when a motorist passed between them.

Getting here
Sinchon Station [신촌역 경의중앙선], Gyeongui Line (NOT Seoul Subway Line 2), Exit 2.
➜ Turn left when getting out of the station
➜ Follow the road for 200-300 meters.
➜ The tunnel entry will be on your left hand side.

For those entering the tunnel from the opposite end:
➜ Megabox Sinchon [메가박스 신촌점] is typically used as a landmark to find it, so follow the building
➜ You will eventually end up at some stairs that lead you down to the tunnel (likely the ones seen in My First First Love).

Note:
If you are visiting, note that the tunnel has been repainted so it’s highly unlikely that you’d be able to spot the iconic pieces seen in Goblin. While the walls were all painted white in February 2018 as Yoora informed us, Micka followed up to let us know the walls have been painted with graffiti again (as of 04/03/2018).