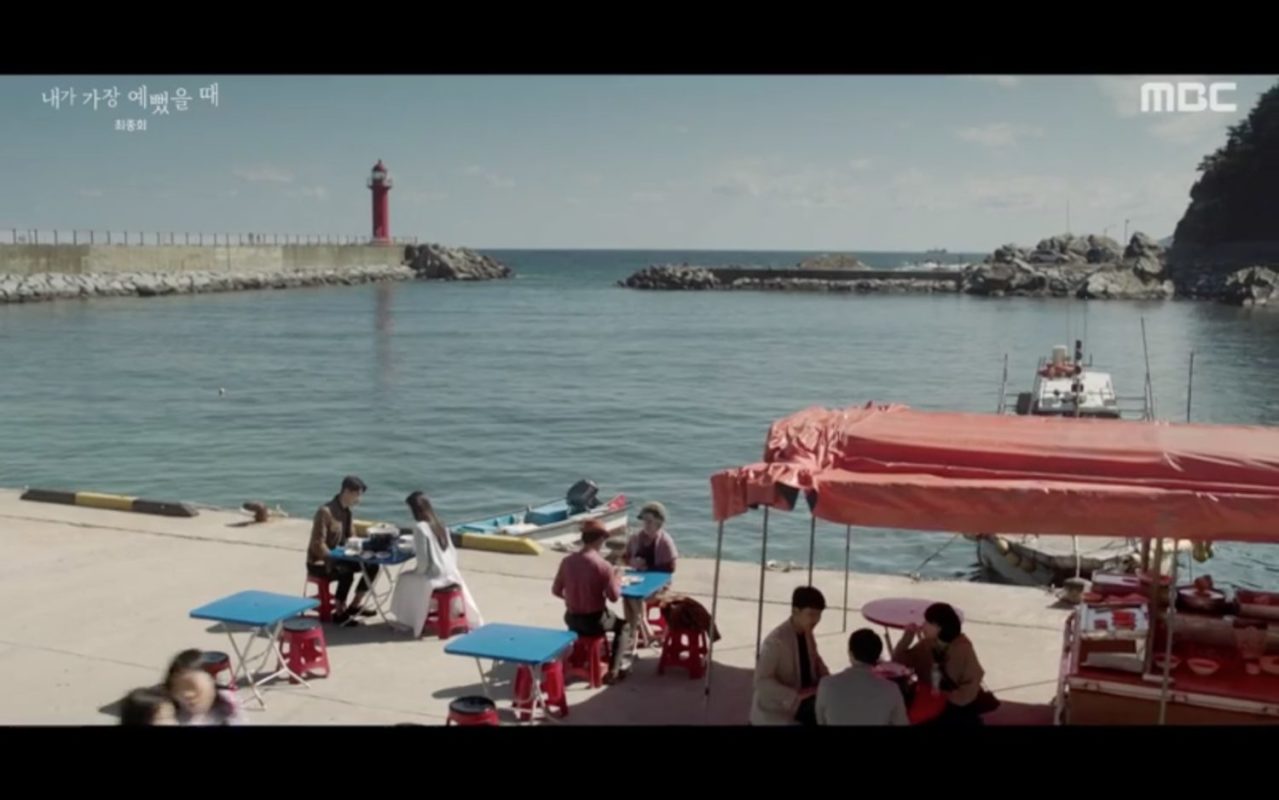 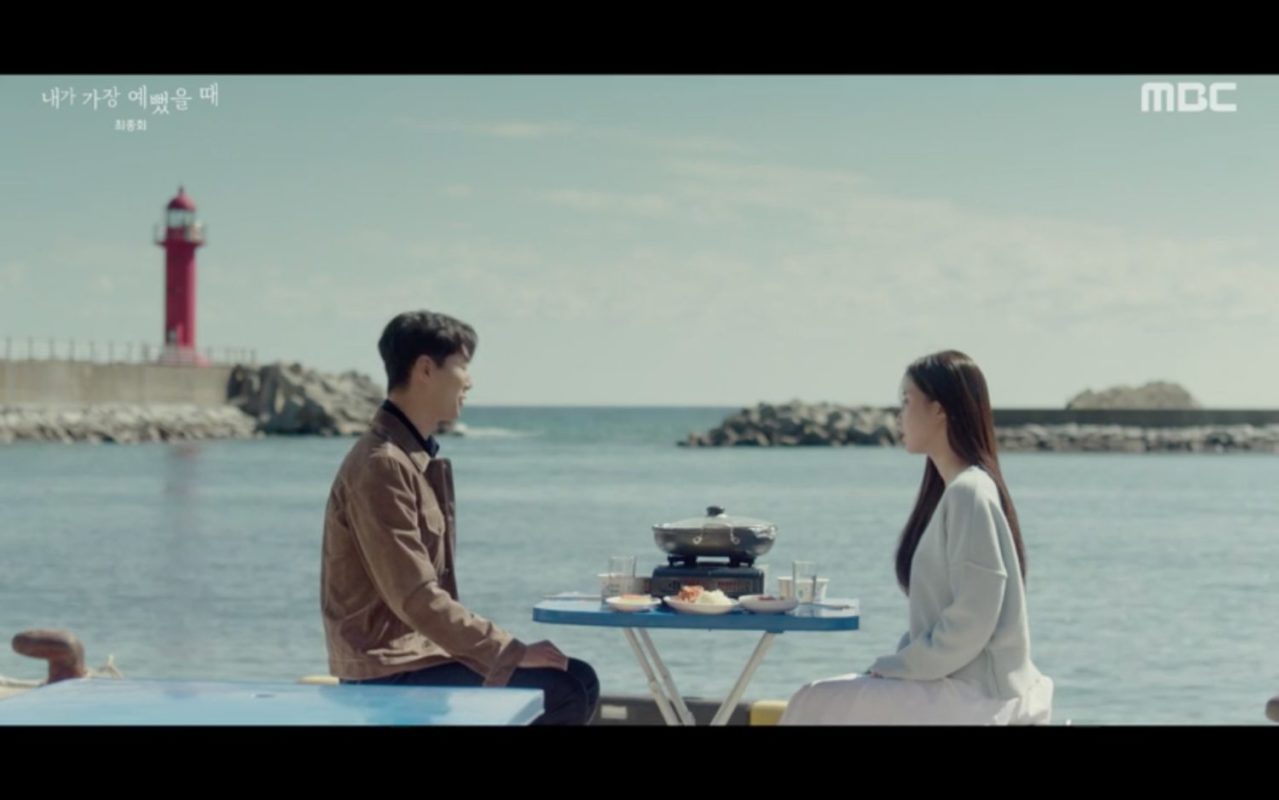 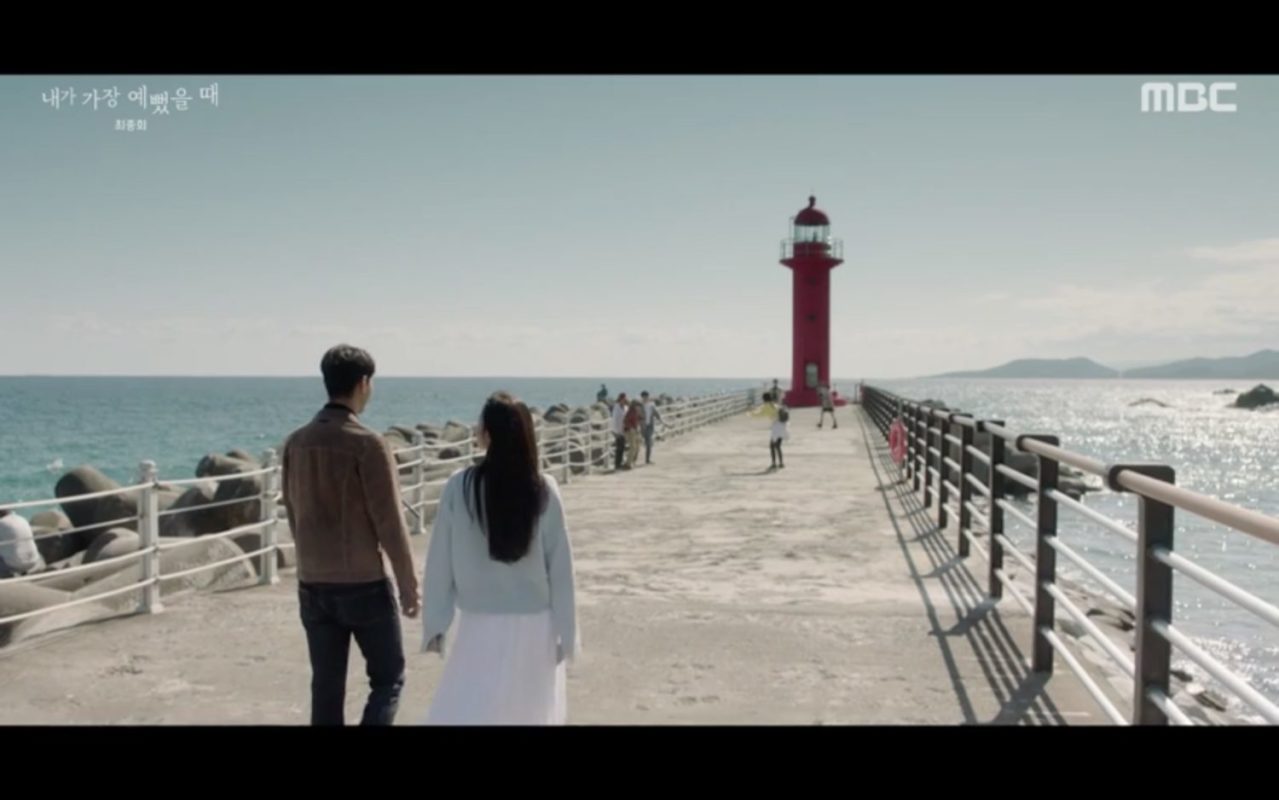 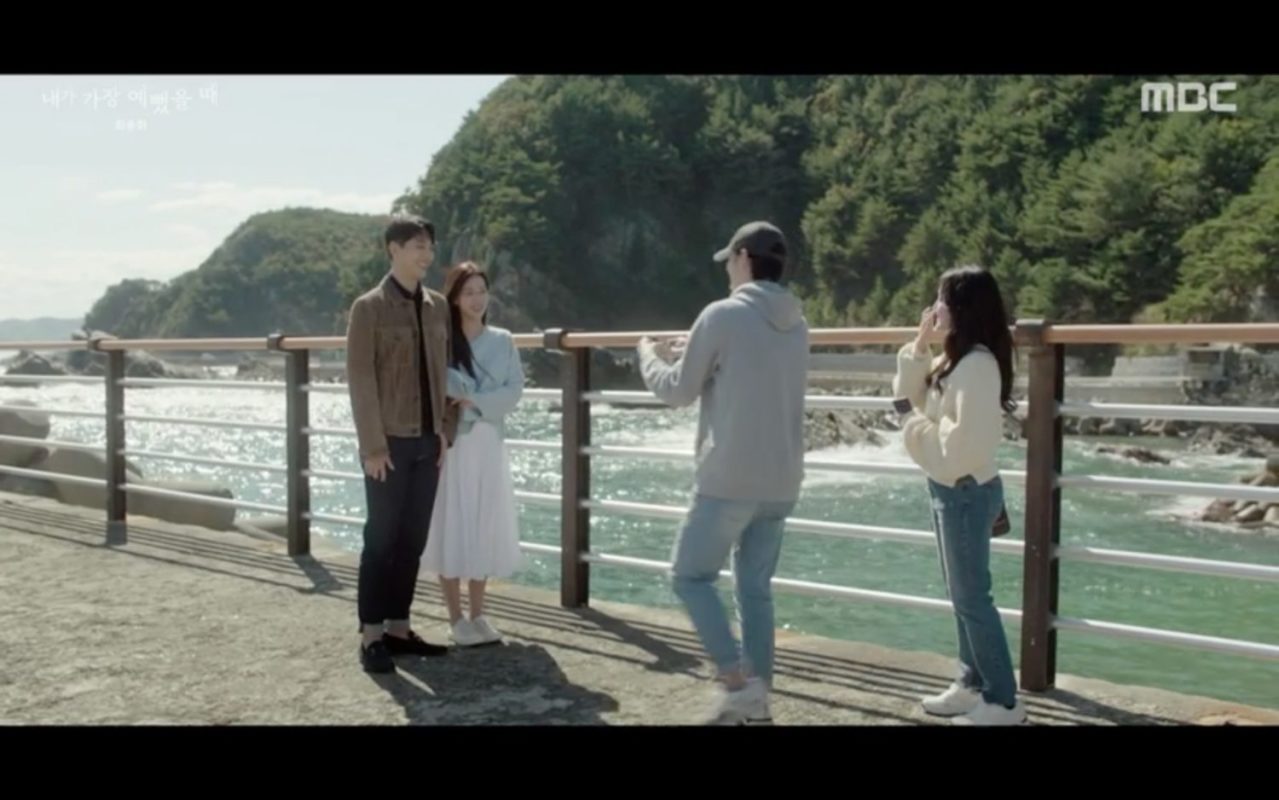 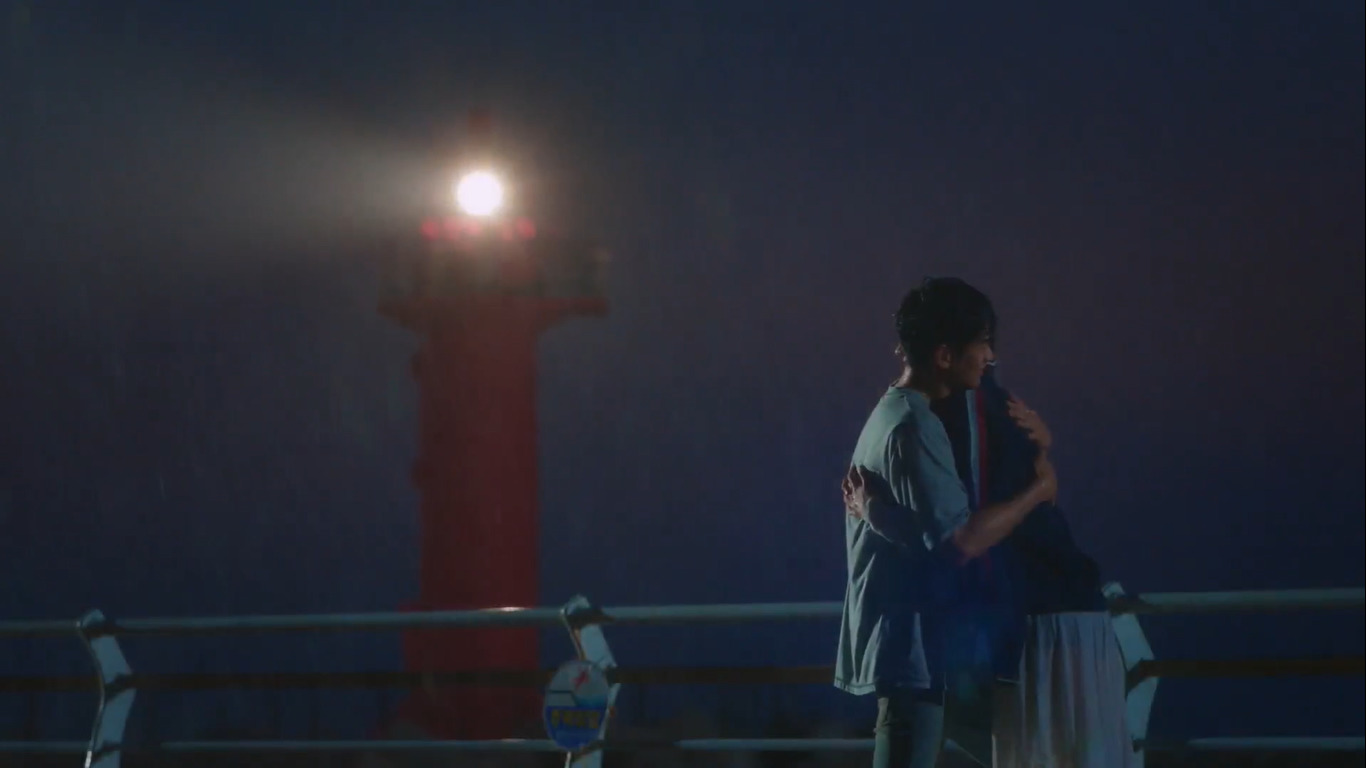 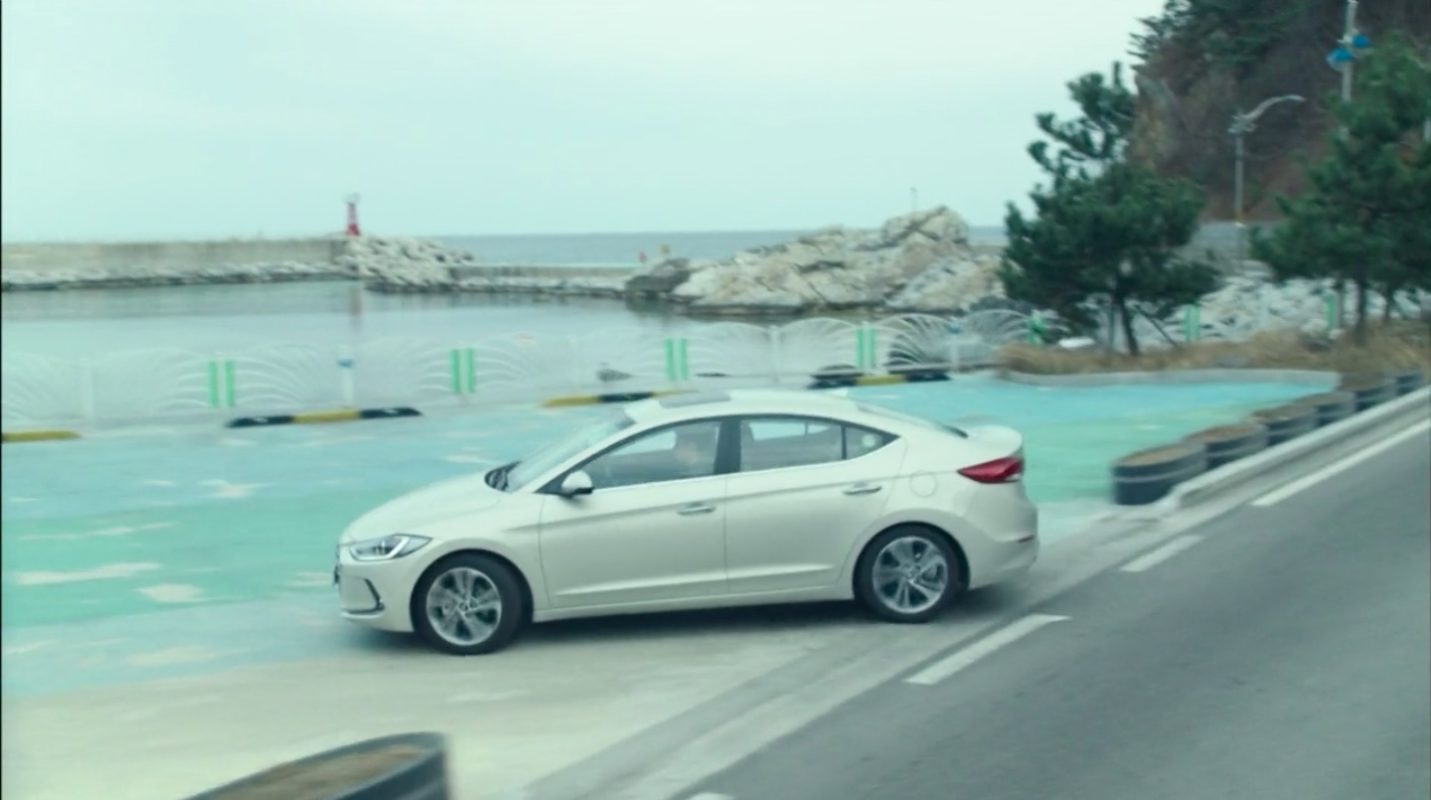 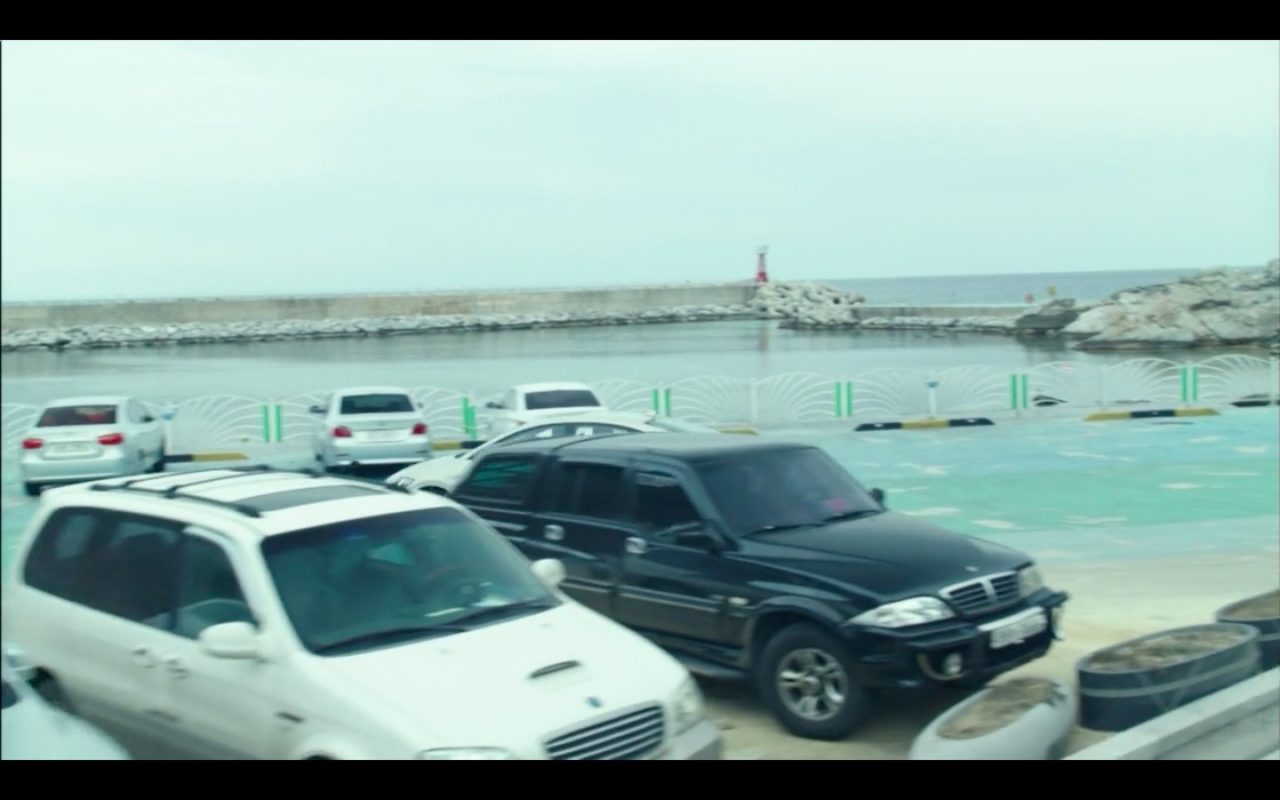 Oh Ye-ji (Lim Soo-hyang) and Seo Hwan (Ji Soo) eat clams at this port and take a photo of themselves near the light house on their overnight trip in final episode 16 of When I Was The Most Beautiful/When I Was The Prettiest (내가 가장 예뻤을때) (MBC, 2020).

After being attacked by her sick father at ‘OK Psychiatric Hospital‘, Ko Mun-yeong (Seo Ye-Ji) walks away in a daze and hours later ends up on this coastal road during a huge storm, near the breakwater of this port. Moon Gang-tae (Kim Soo-hyun) borrows a motorbike and finally finds her here in episode 4 of It’s Okay to Not Be Okay (사이코지만 괜찮아) (tvN, 2020).

In Signal (시그널) (tvN, 2016), Detective Soo-hyun has believed for the past 15 years that her sunbae, Detective Jae-han was not dead, but hiding from people who wanted to silence him. In Episode 16, after her leaving her partner in the hospital, she sits in her car under the Simgok Port red lighthouse with her precious photos and the realisation that everyone she has cared about has died, until she is aware that her memories, and the past, have changed. Later in the same episode, Detective Park Hae-young, drives to the port to seek information about the identity of the sender of an envelope that his mother has been keeping for Jae-han for 15 years. After leaving Simgok Port, he sees Soo-hyun at a coffee shop in a nearby town, and stops to share his information with her.

Simgok Port [심곡항] is a small, picturesque fishing harbor located in Gangneung’s Gangdong Township [Gangdong-myeon/강동면] approximately 25km south of Gangneung’s center, on the east coast of South Korea. The port is the start/end point for the Jeongdong-Simgok Sea Fan Road (also known as the Badabuchae-gil Trail [바다 부채 길], which refers to rock formations) a very popular walking trail along the coastal cliffs. The trail was opened in 2016, after the land was released by the military, as it was previously used as a reconnaissance outpost for the Korean coastguard. The elevated walkway extends for 2.86 km from Jeongdongjin Sun Cruise Hotel [썬크루즈리조트]; located at the southern border of Jeongdongjin Beach [정동진해수욕장].

Please note that since Signal was filmed here, the upper part of the lighthouse has changed.