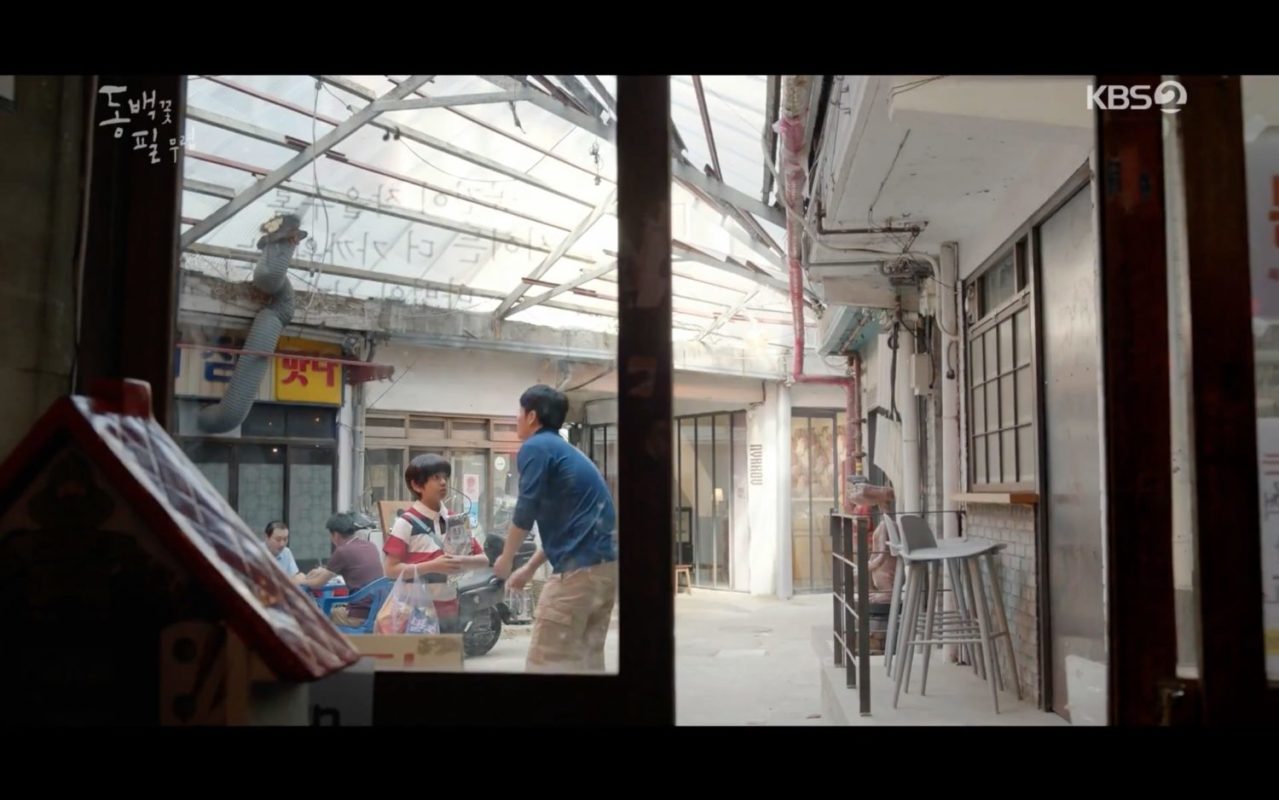 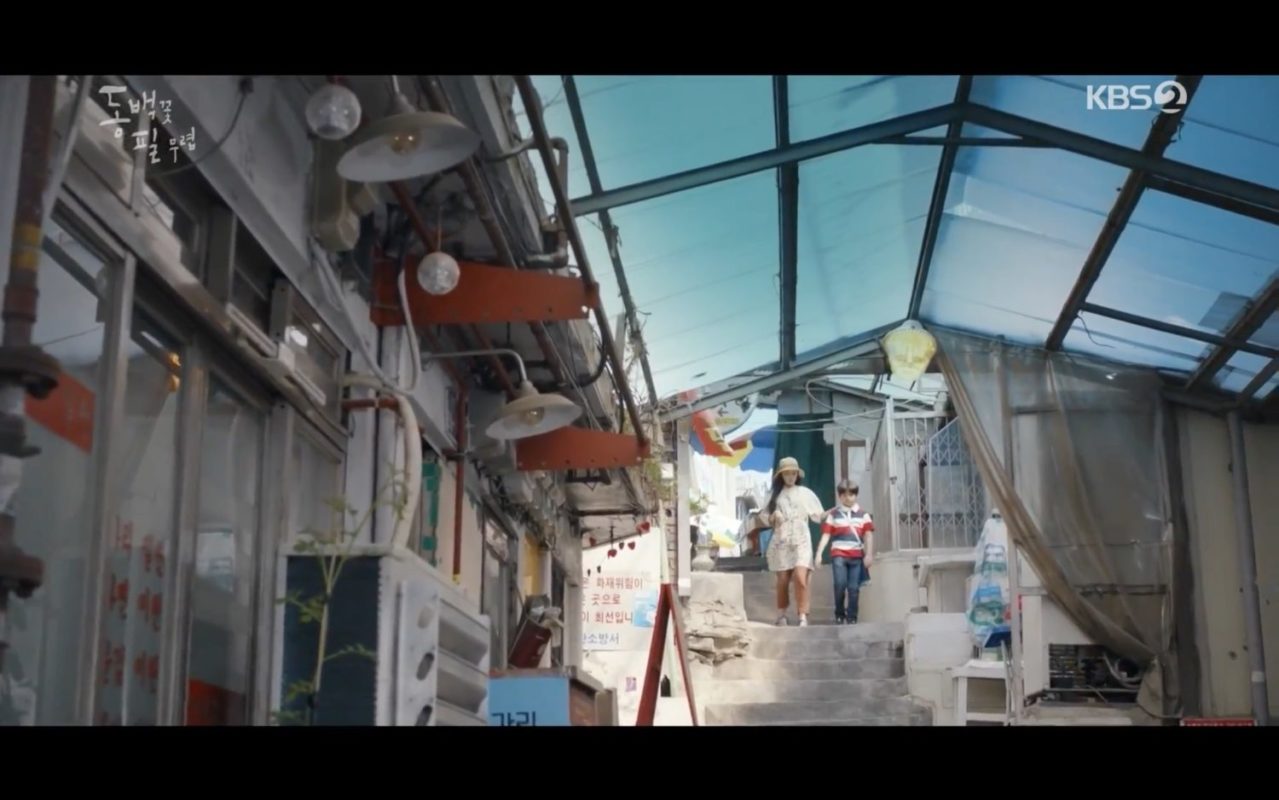 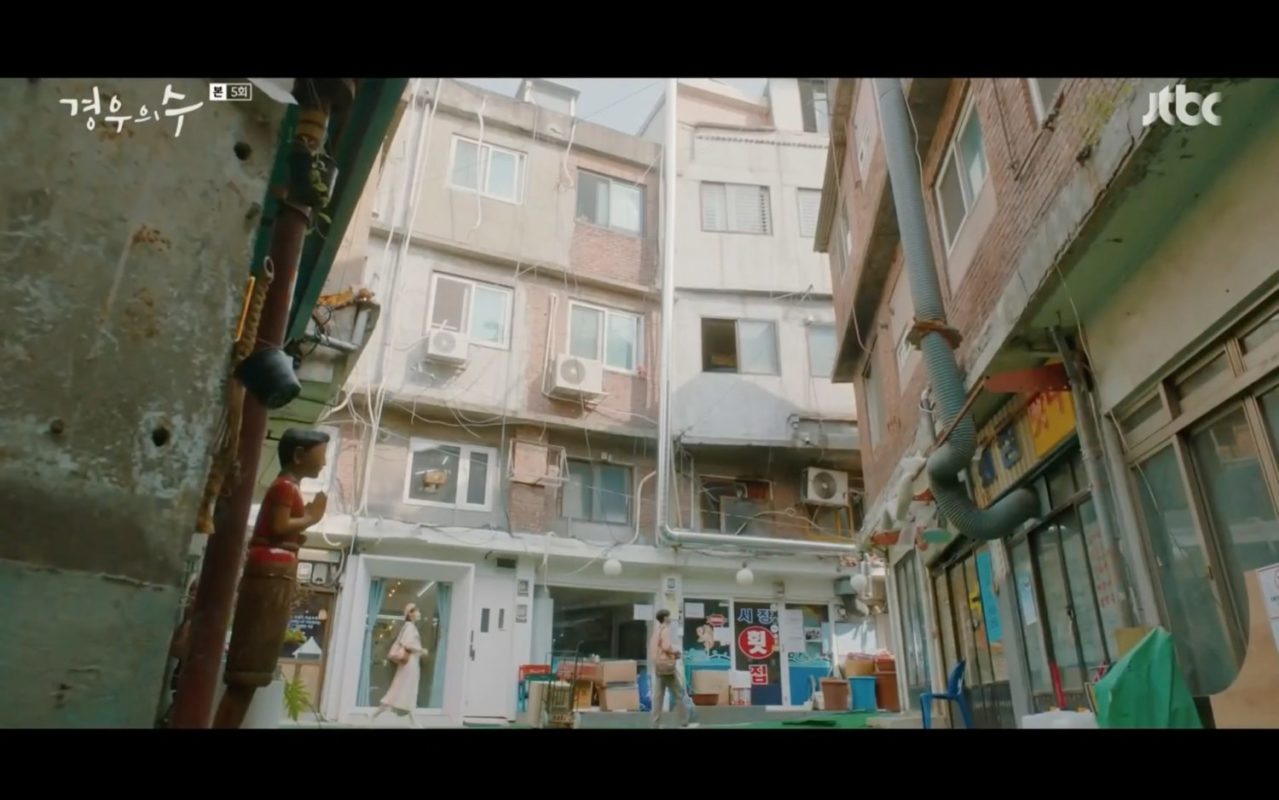 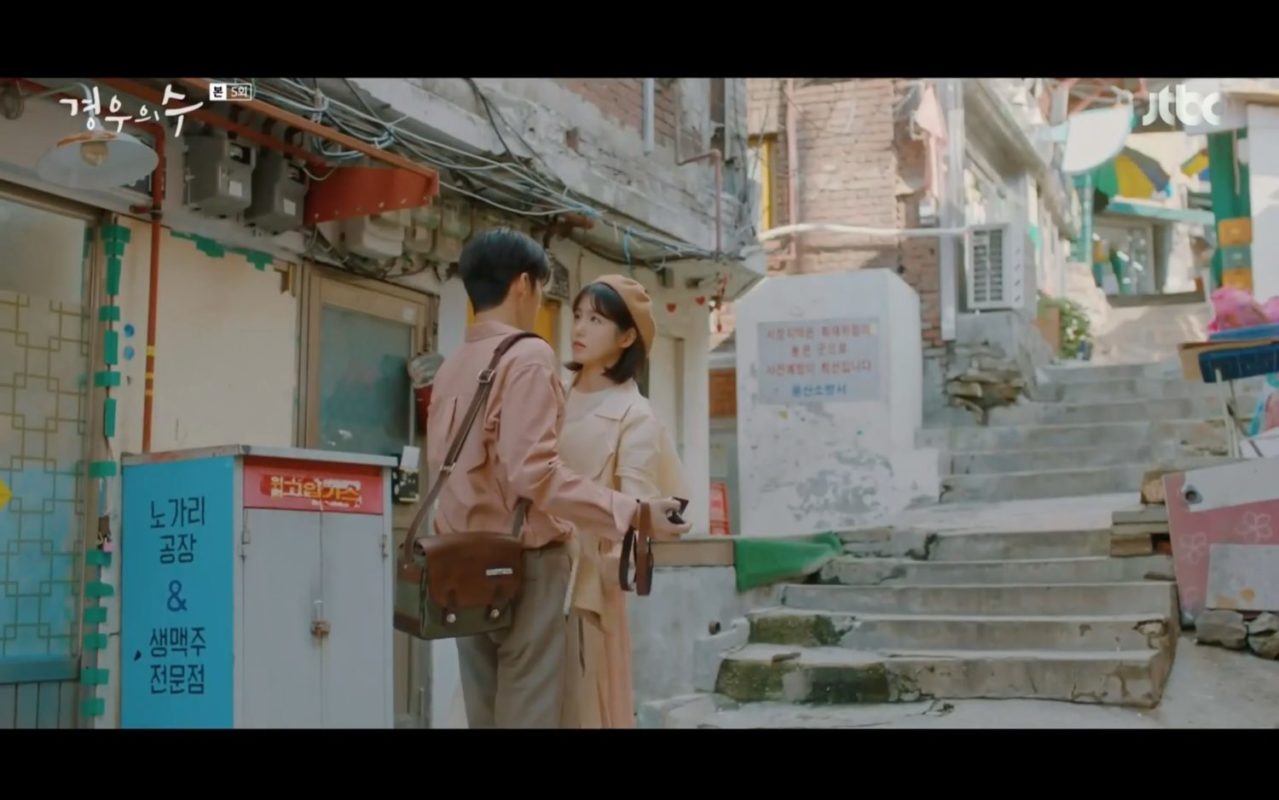 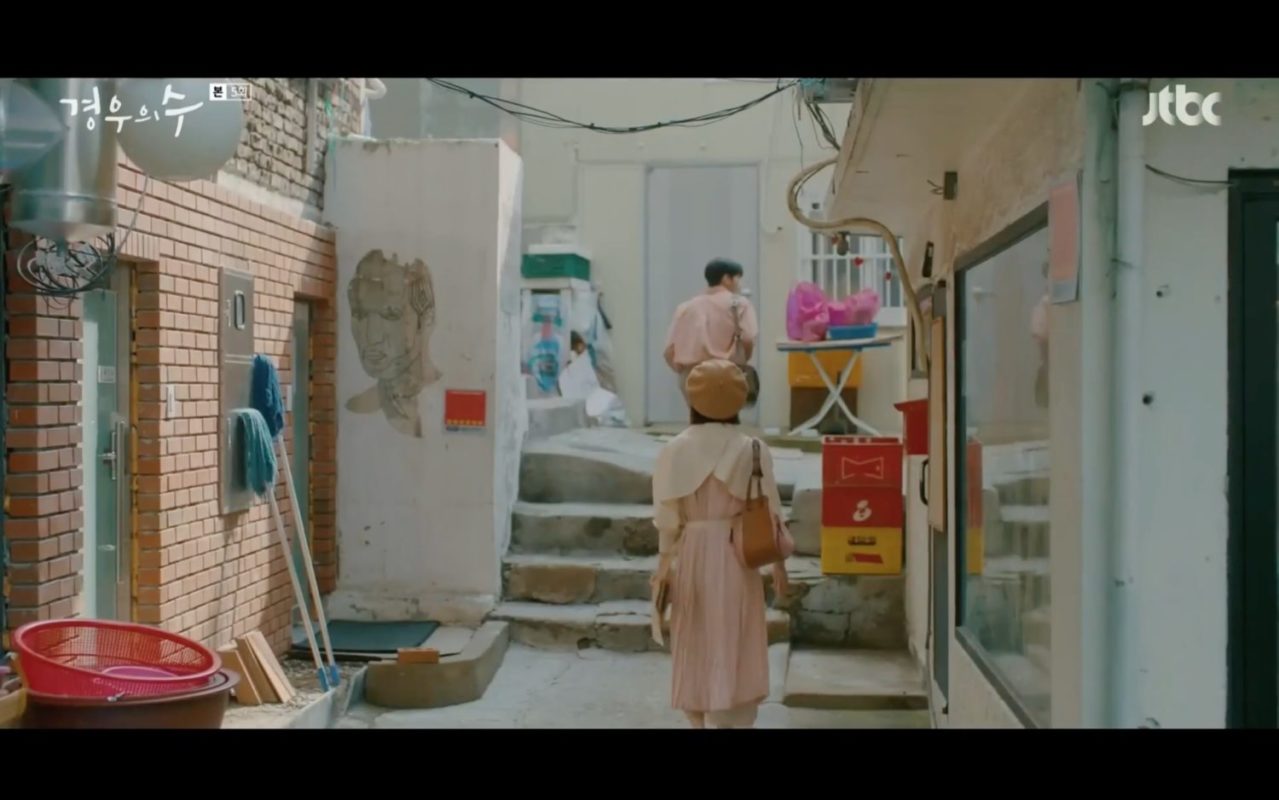 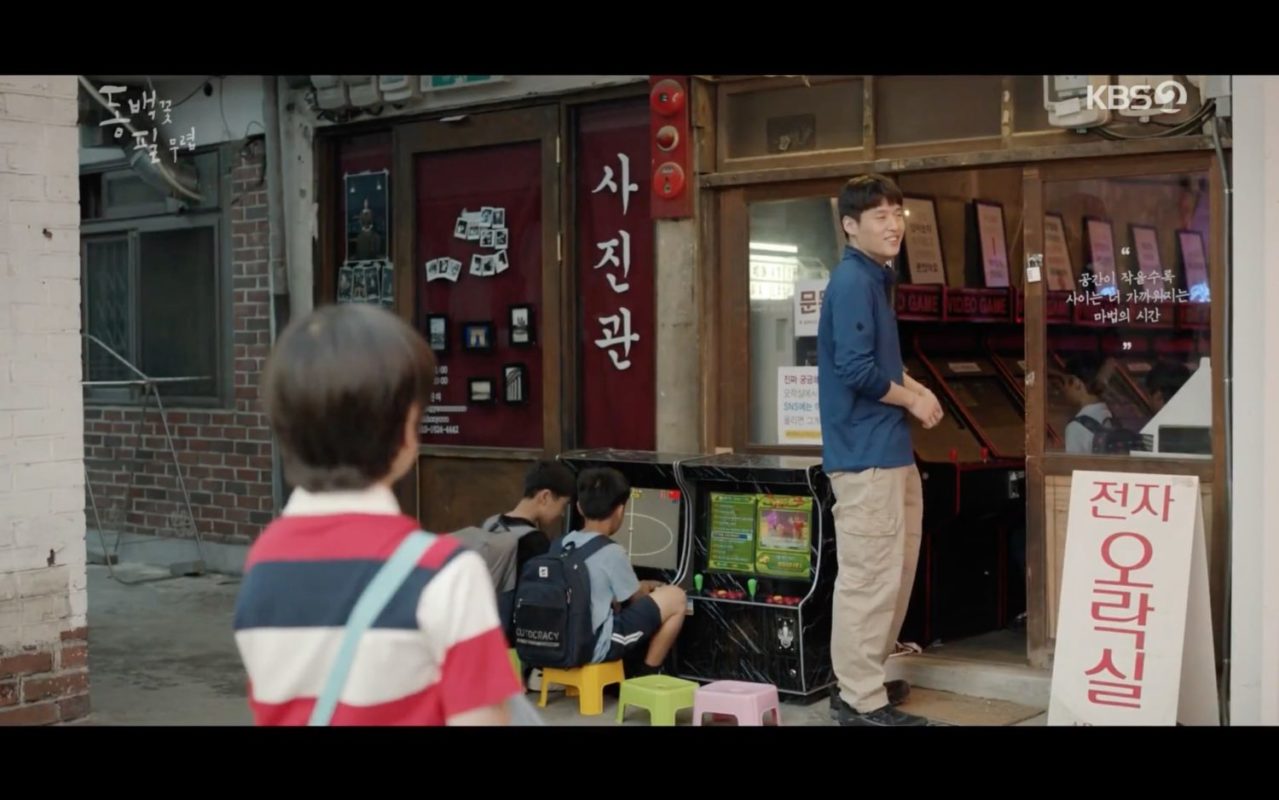 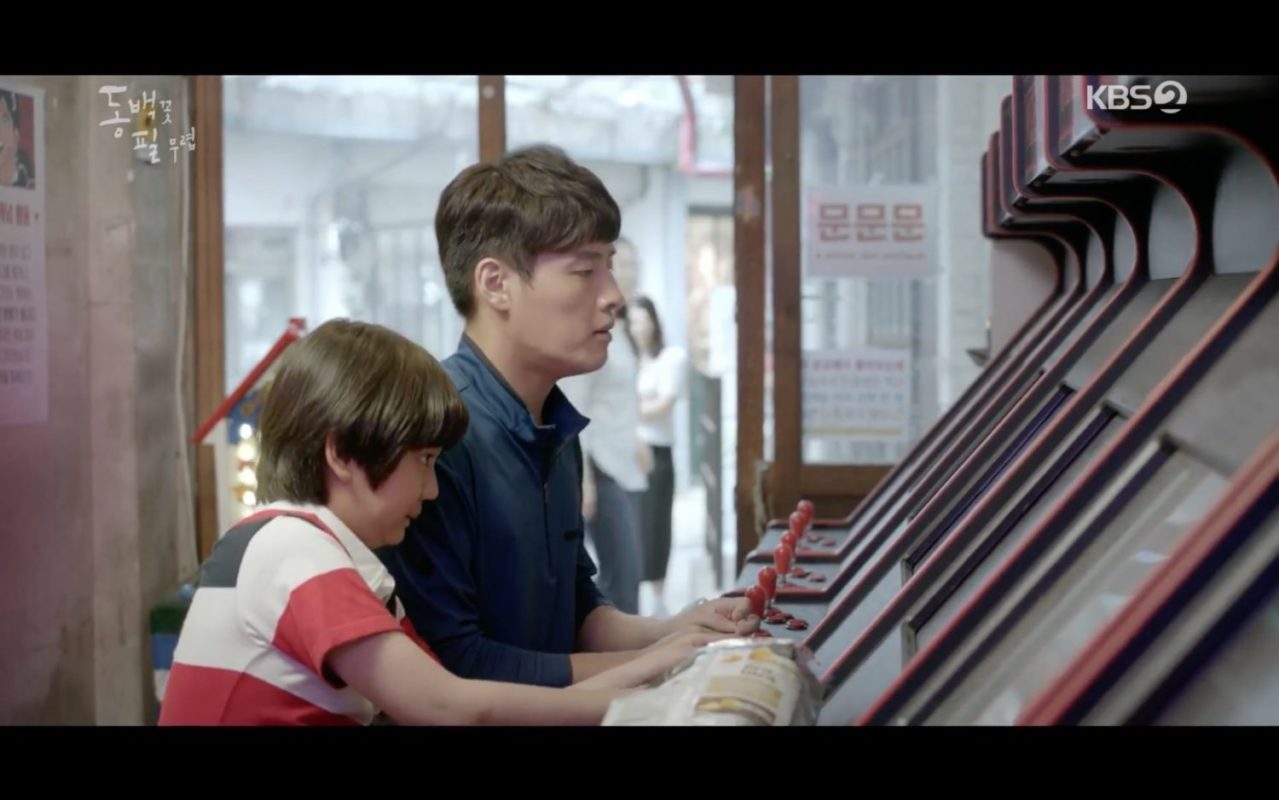 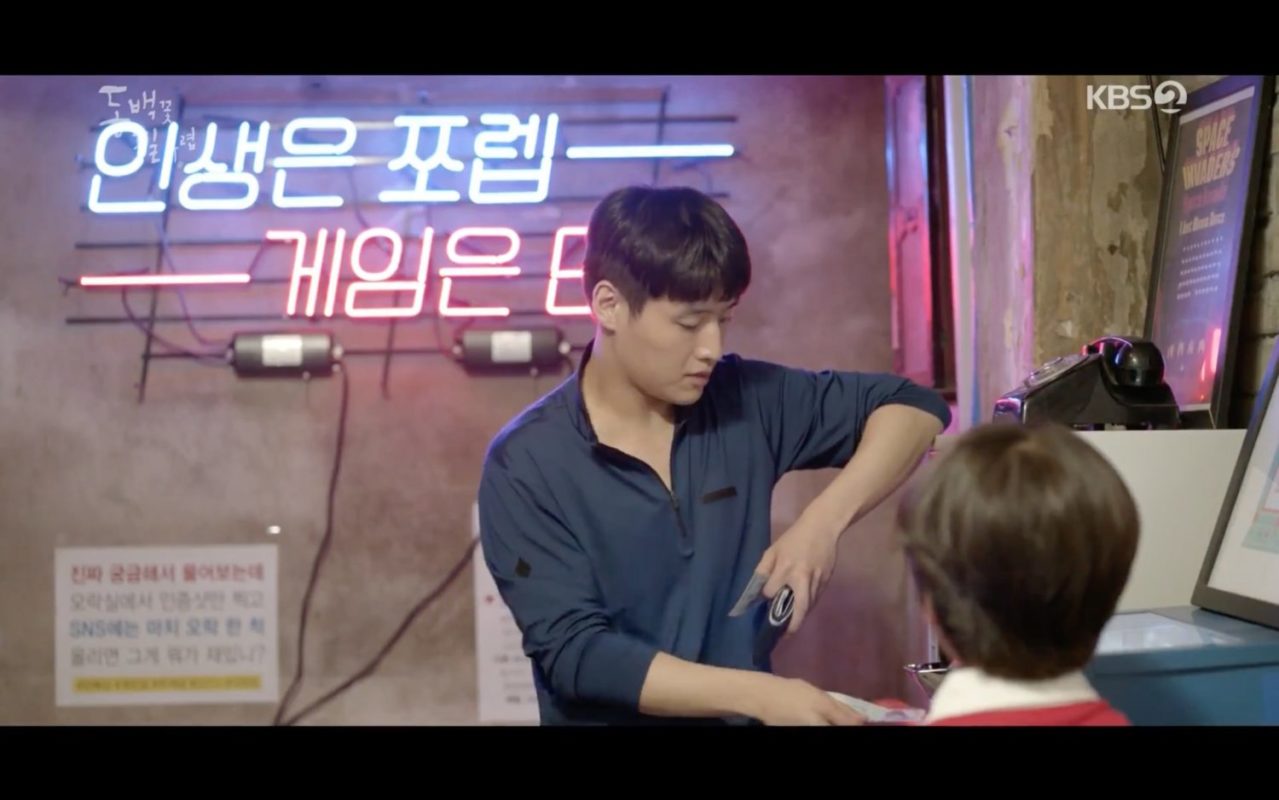 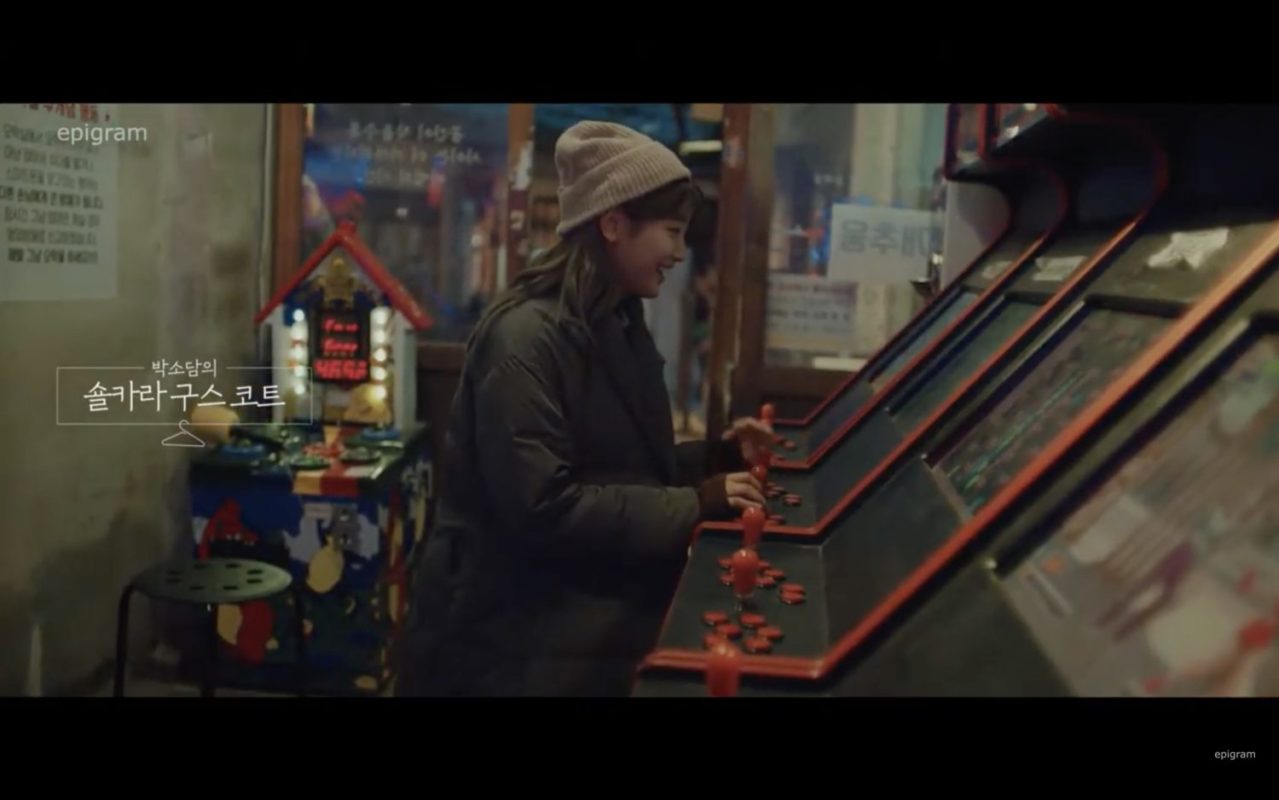 Kyung Woo-yeon (Shin Ye-eun) and Lee Soo (Ong Seong-wu of Wanna One) walk through this market and pass by Nogari Factory [노가리공장], among others shops, during their exploration of Huam-dong — the third neighborhood treated in their book Seoul’s Stories— in episode 5 of More Than Friends/Number Of Cases (Kyeongueui Su/경우의 수) (JTBC, 2020).

Hwang Yong-sik (Kang Ha-neul) suggests to Kang Pil-gu (Kim Kang-hoon) to play at this arcade in episodes 3-4 (full episode 2) of When the Camellia Blooms (동백꽃 필 무렵) (KBS2, 2019) until his mother, Oh Dong-baek (Gong Hyo-jin) comes to pick her son up.

This market was first established in 1953 under the name ‘Hae Bang Chon Market’ by people who had fled from the North after the Korean War offering “North Korean style food, such as Pyongyang noodles, and other everyday goods”. Later in the 1970s, it was part of the center of Korea’s knitwear industry that was located in Haebangchon. In December 2015, this market became one of the “urban revitalization areas of Seoul” and the Seoul government started transforming it into an art street from 2017 onwards “for textile workers and young business owners”. Today, it is home to art studios and galleries, coffee shops, restaurants and jewelry shops. One of them being Com Com Play — Shin Heung Art Market Branch [콤콤오락실 신흥시장], opened in May 2018, which is one of the seven branches of Retro Game Arcade Com Com Play that offers various kinds of retro games, such as Tetris and Squarepants.

Getting here
Noksapyeong (Yongsan-gu Office) Station [녹사평(용산구청)역], Seoul Subway Line 6, Exit 2
➜ Take the Yongsan 02 bus from the Hanshin Apt bus stop (한신아파트 정류장) for 5 stops to Haebangchon Ogeori bus stop (해방촌오거리 정류장)
➜ From here, locate Sinheung-ro [신흥로] and walk down this street until you see the entrance portal of the market (right after Soosoodo) Walk a little bit down the street