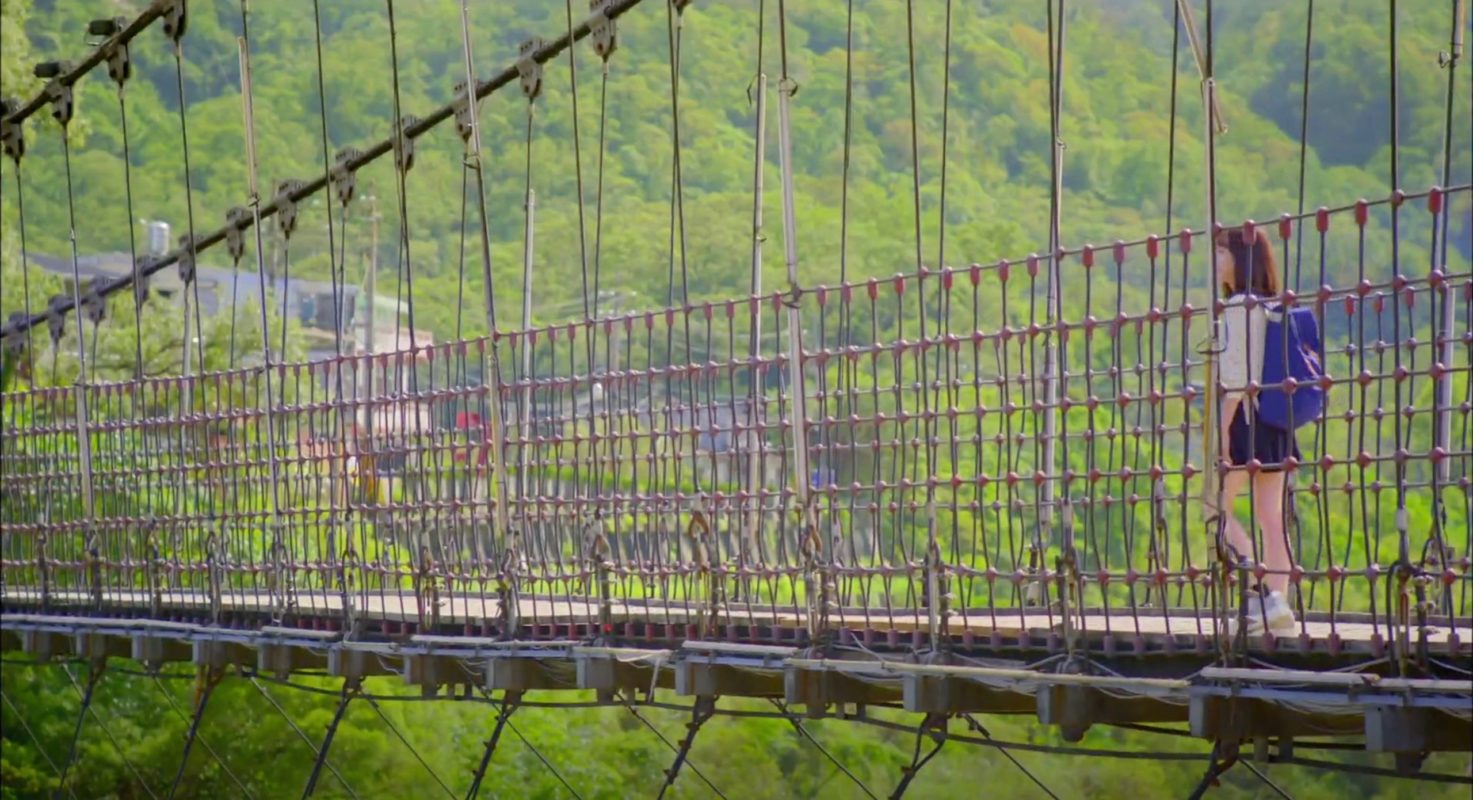 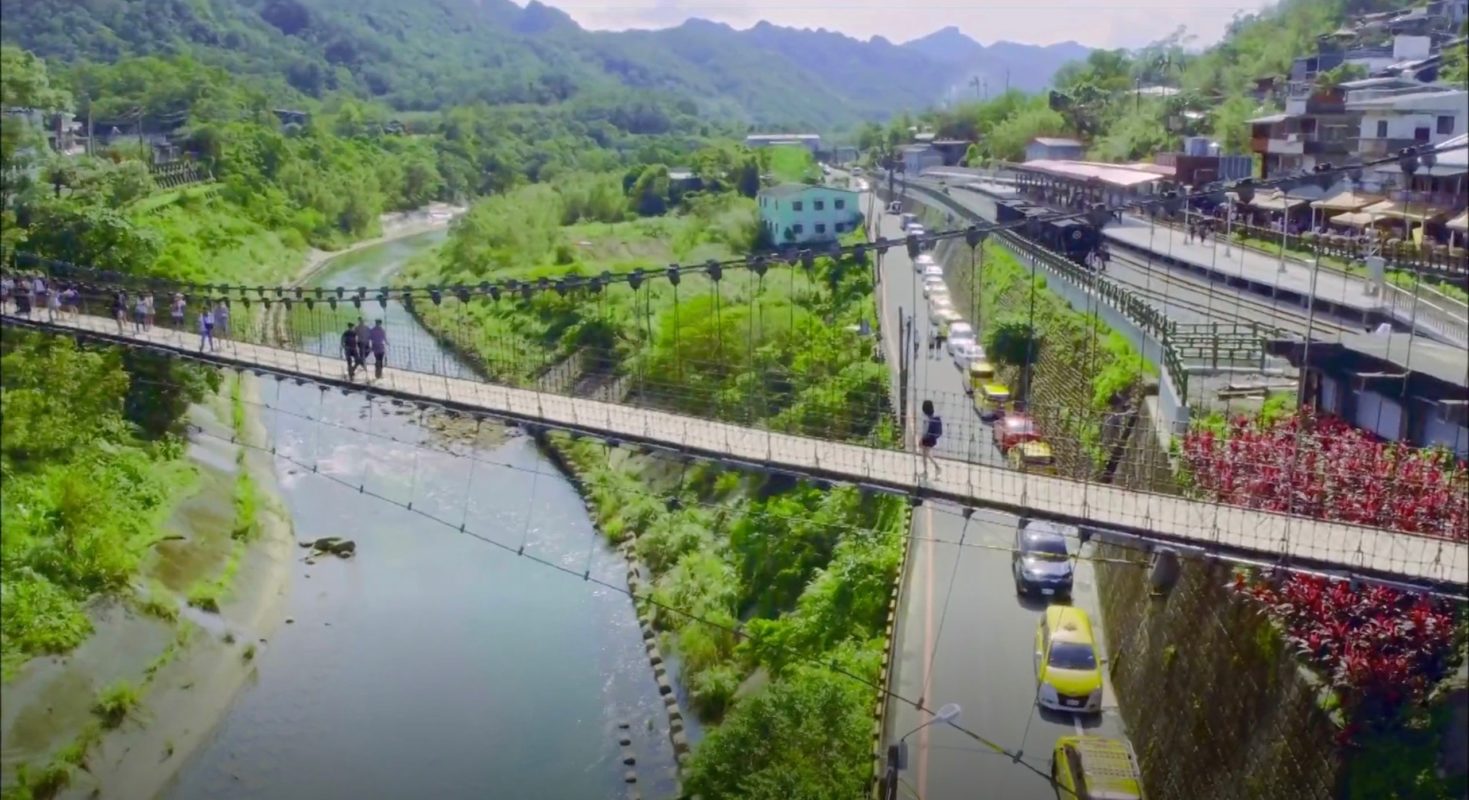 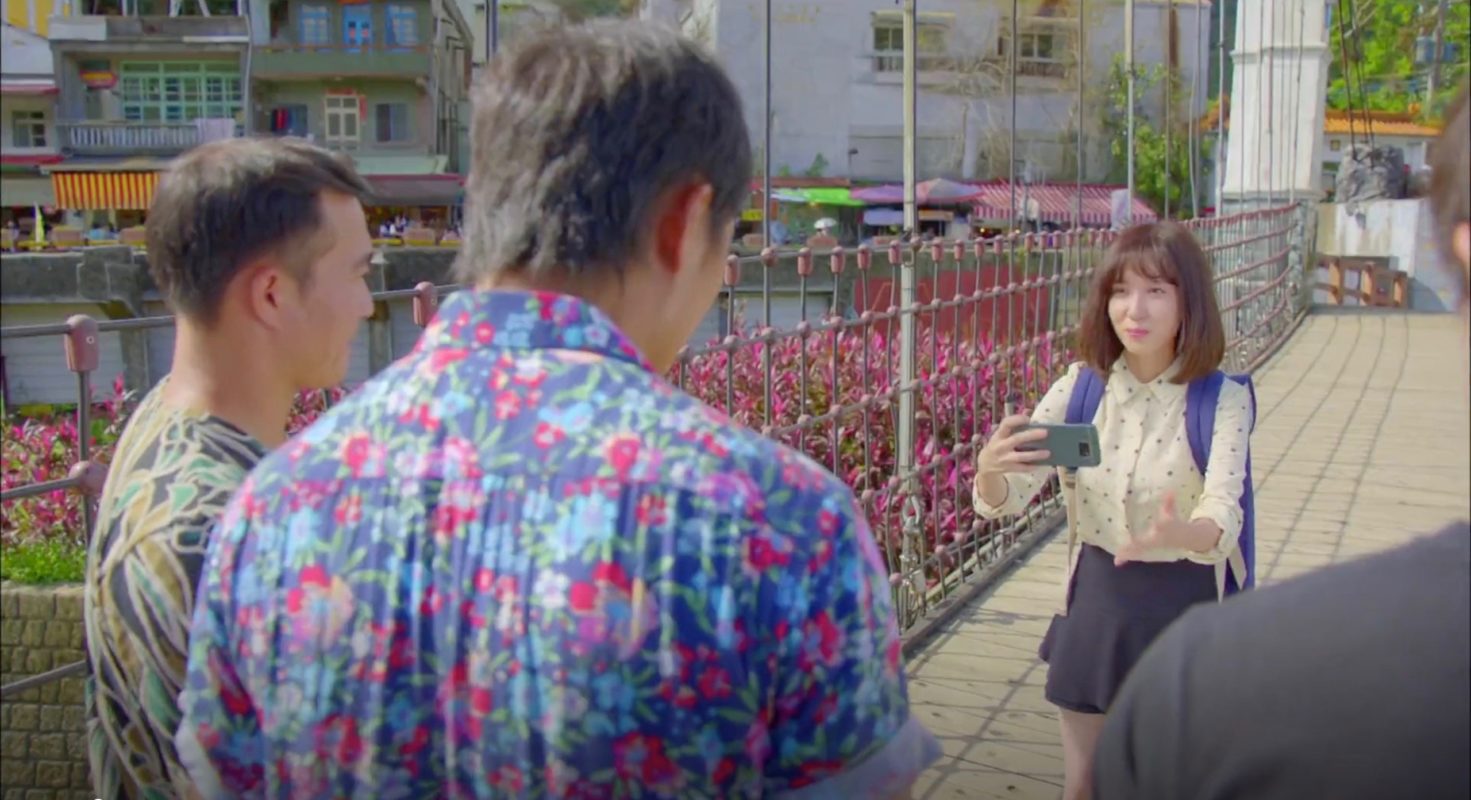 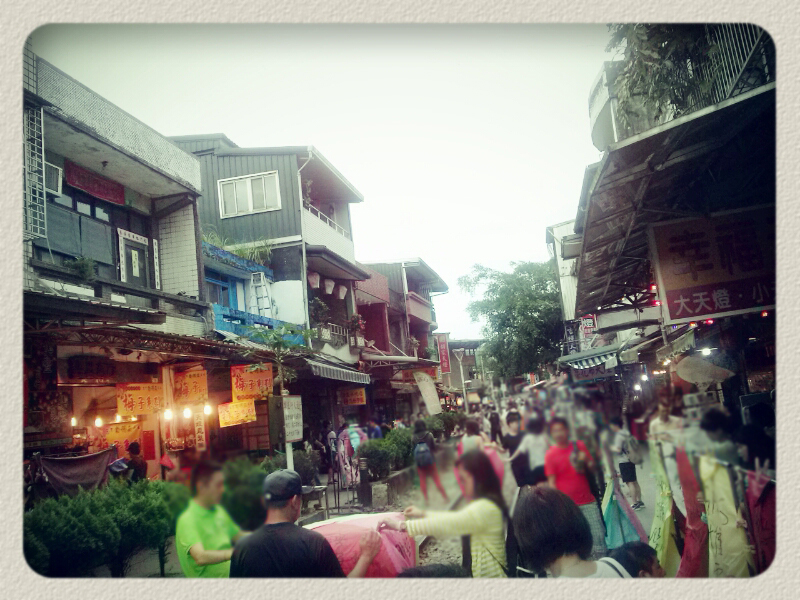 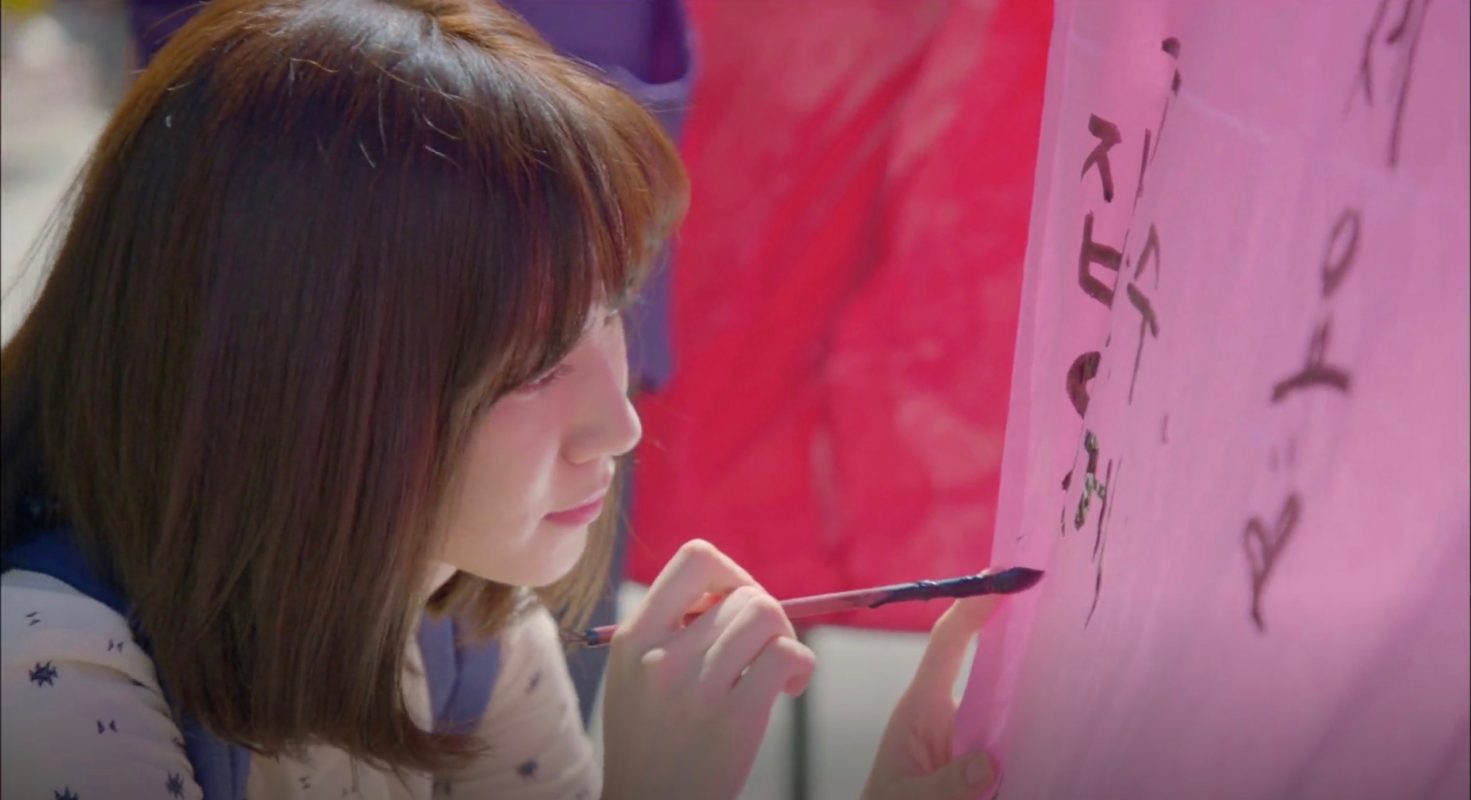 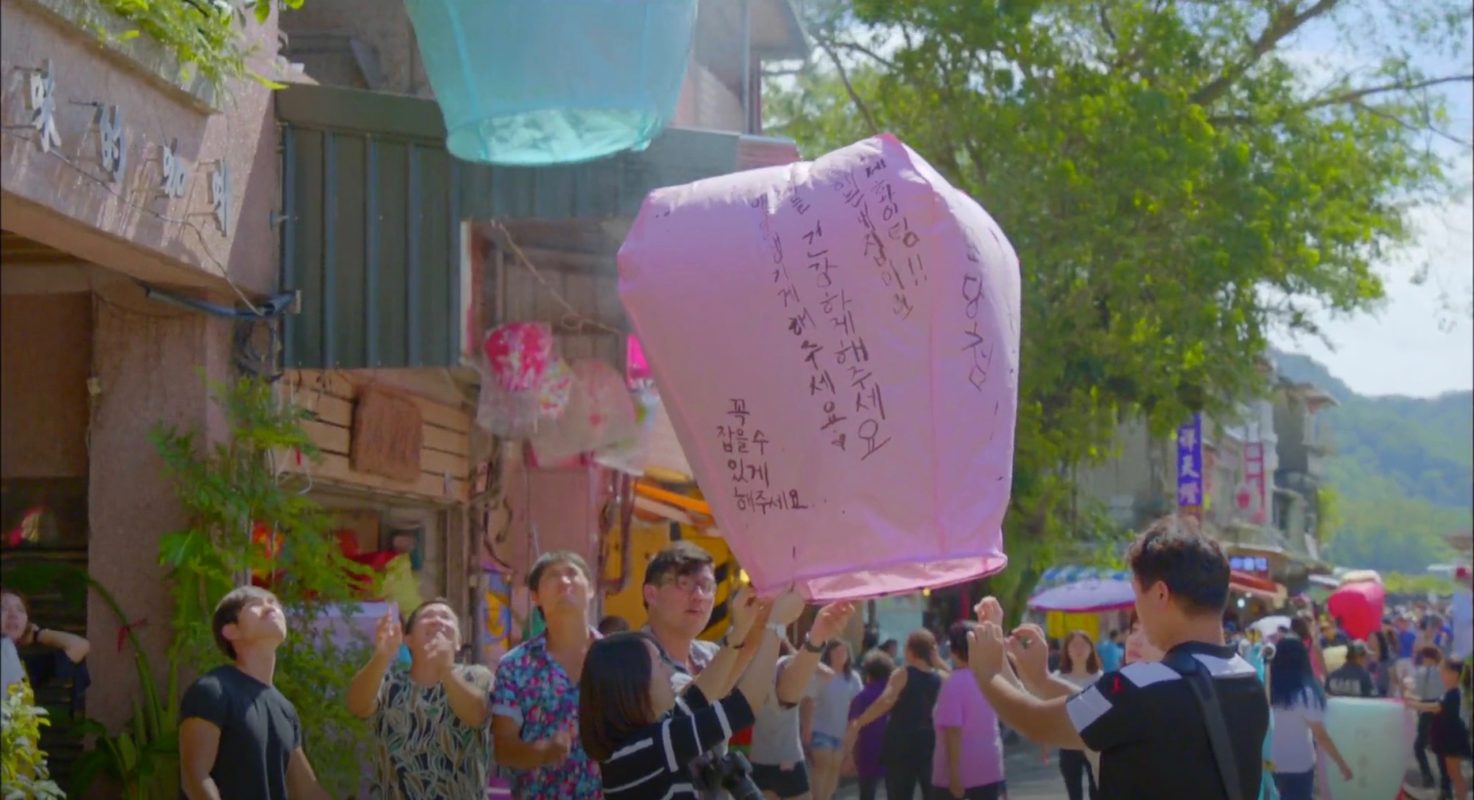 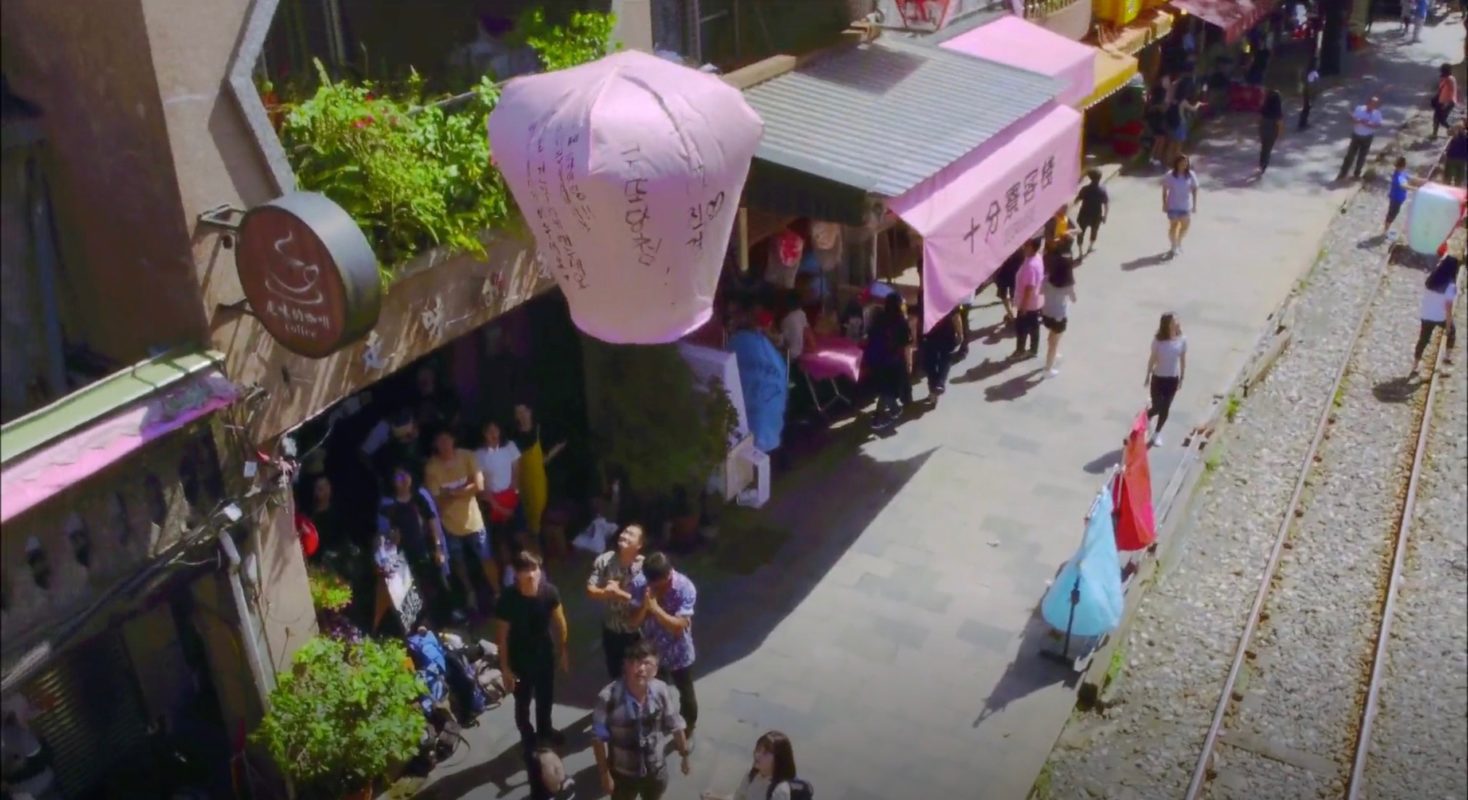 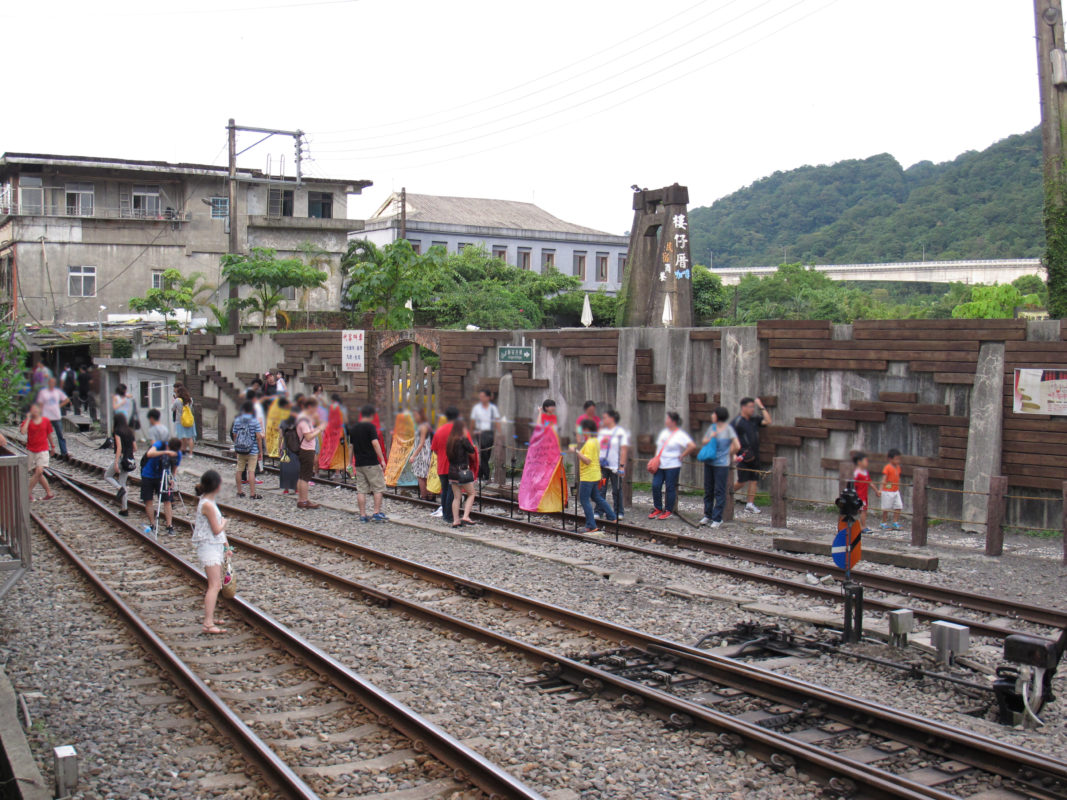 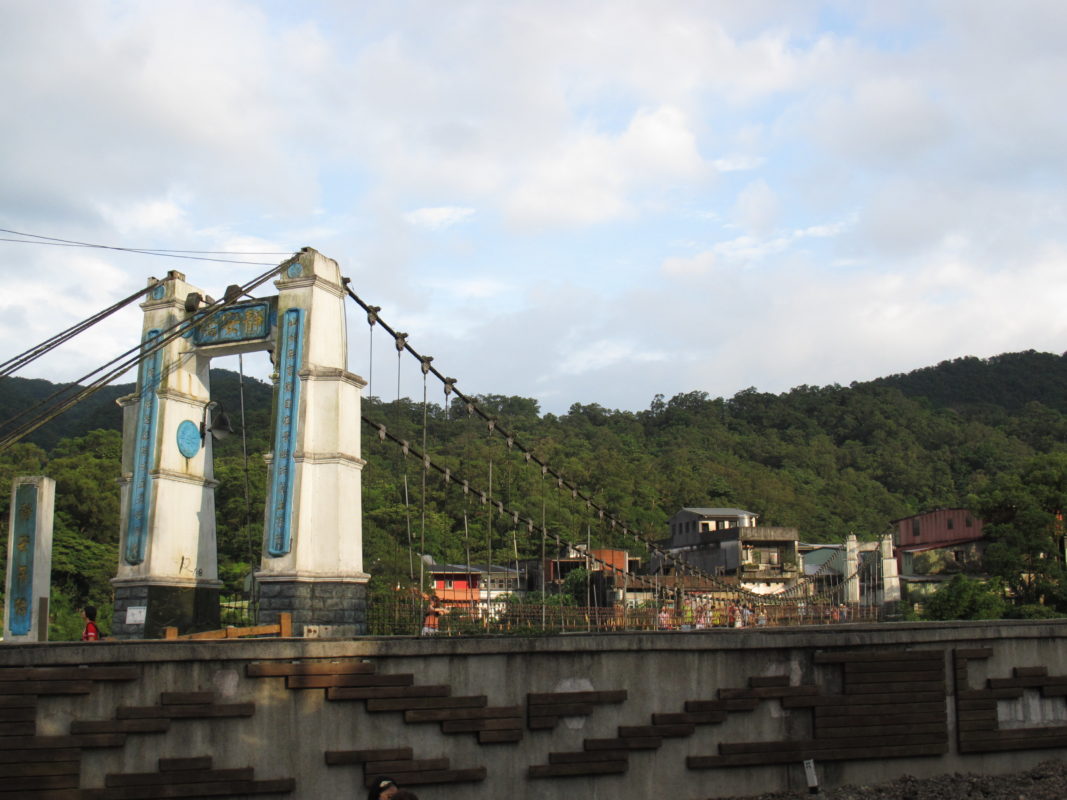 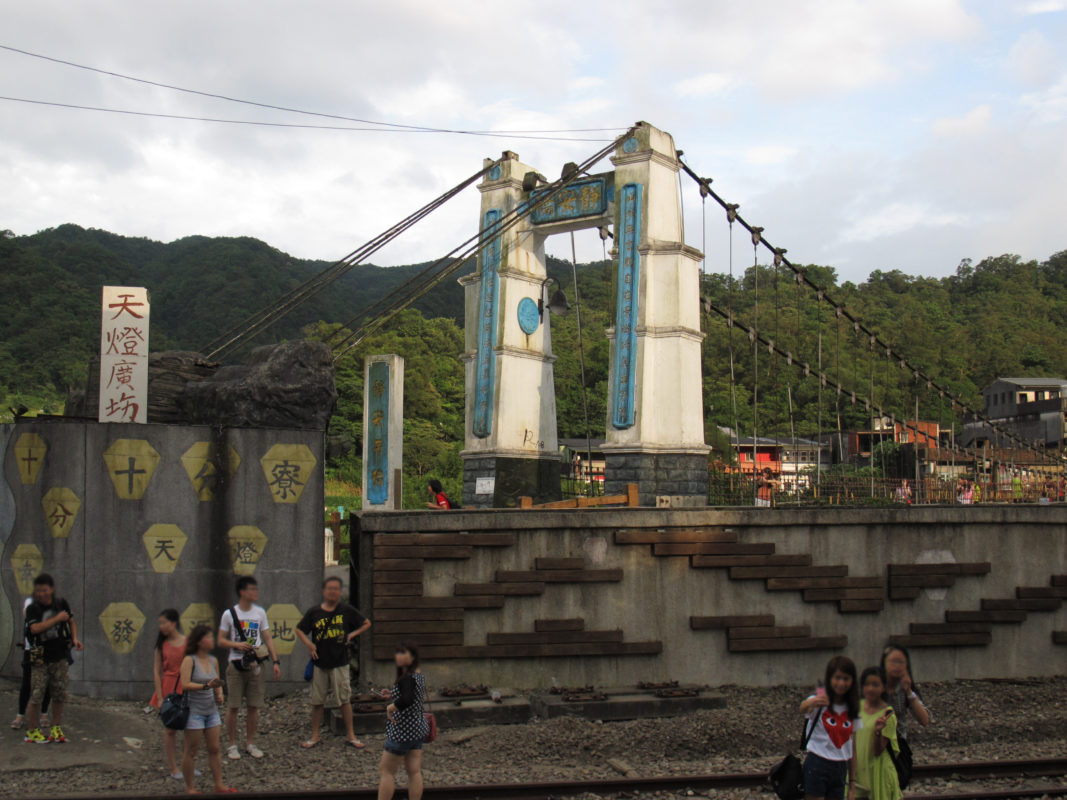 On her trip to Taiwan to find her brother, Oh Dong-hee (Park Eun-bin) comes to this village in episode 1 of Father I’ll Take Care of You ( 아버님 제가 모실게요) (MBC, 2016-17). While looking for her brother, Dong-hee crosses Jingan Suspension Bridge [静安桥] and also writes ‘Please let me catch him’ soon on a paper lantern at Shifen Old Street [十分老街].

Shifen [十分] is a village located in the Pingxi District [平溪區] — a historic mining area of Taiwan — that belongs to the municipality of New Taipei City [新北市]. One characteristic it carries on from its mining times is the train tracks that run straight through the center of this village.

A major tourist attraction in this area is the Jingan or Jing’an Suspension Bridge [静安桥], which is a 128-meter-long pedestrian suspension bridge located right behind Shifen Station [十分火車站] that connects the Taiwanese villages of Shifen and Nanshan [南山村]. Another attraction is Shifen Old Street [十分老街], a collection of streets around Shifen Station. The street seen in Father, I’ll Take Care of You is Shifen Street [十分街] and Dong-hee lets the lantern fly just in front of the ‘Lost Flavor Coffee’ cafe [走味的咖啡] — likely named after a 1994 song by the late singer Linn Yann (林晏如).

Start from Taipei Main Station [台北車站] and take a 50 minute train ride to Ruifang Station [瑞芳車站]. It will take another 30 minutes from Ruifang to Shifen on the Pinghsi (Pingxi)/ShenAo Line (平溪支線). Note that there may be long waiting times in between trains, so be sure to pick up a train timetable or search for timings at this site.

An alternative mode of transport is hiring a driver from Ruifang Station for the day, who will drive you to specific areas in the vicinity for a fee (careful not to get overcharged — try to bargain with the driver!).