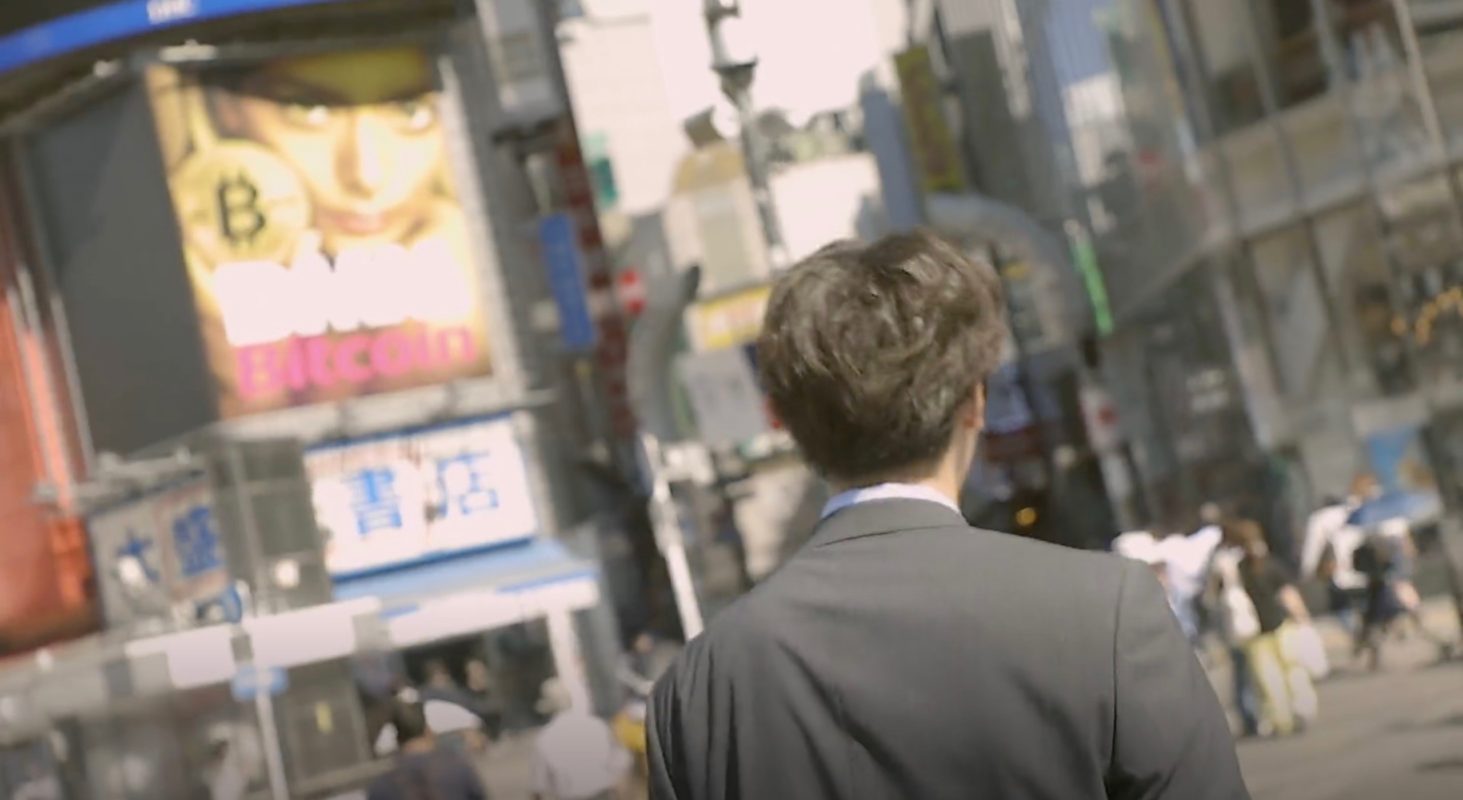 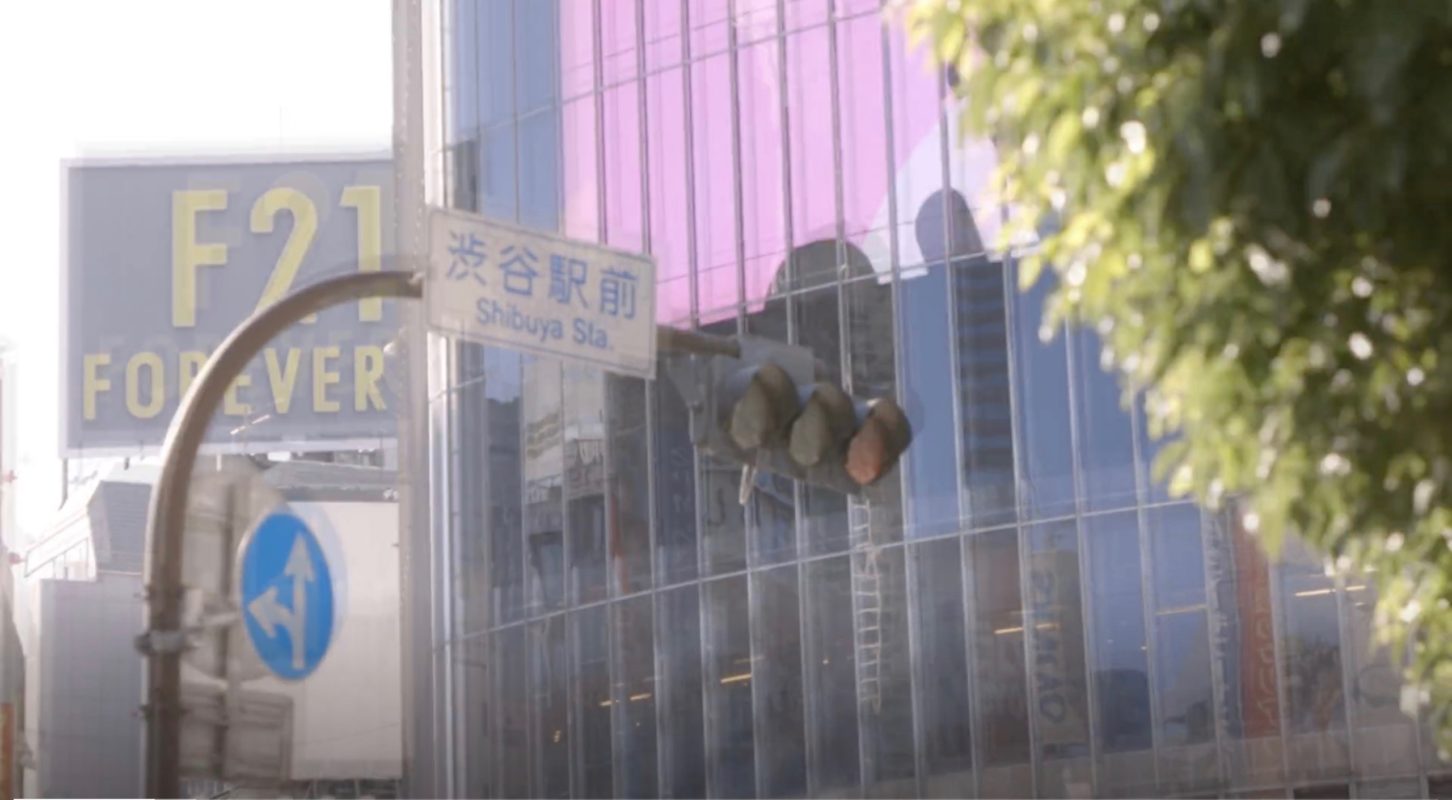 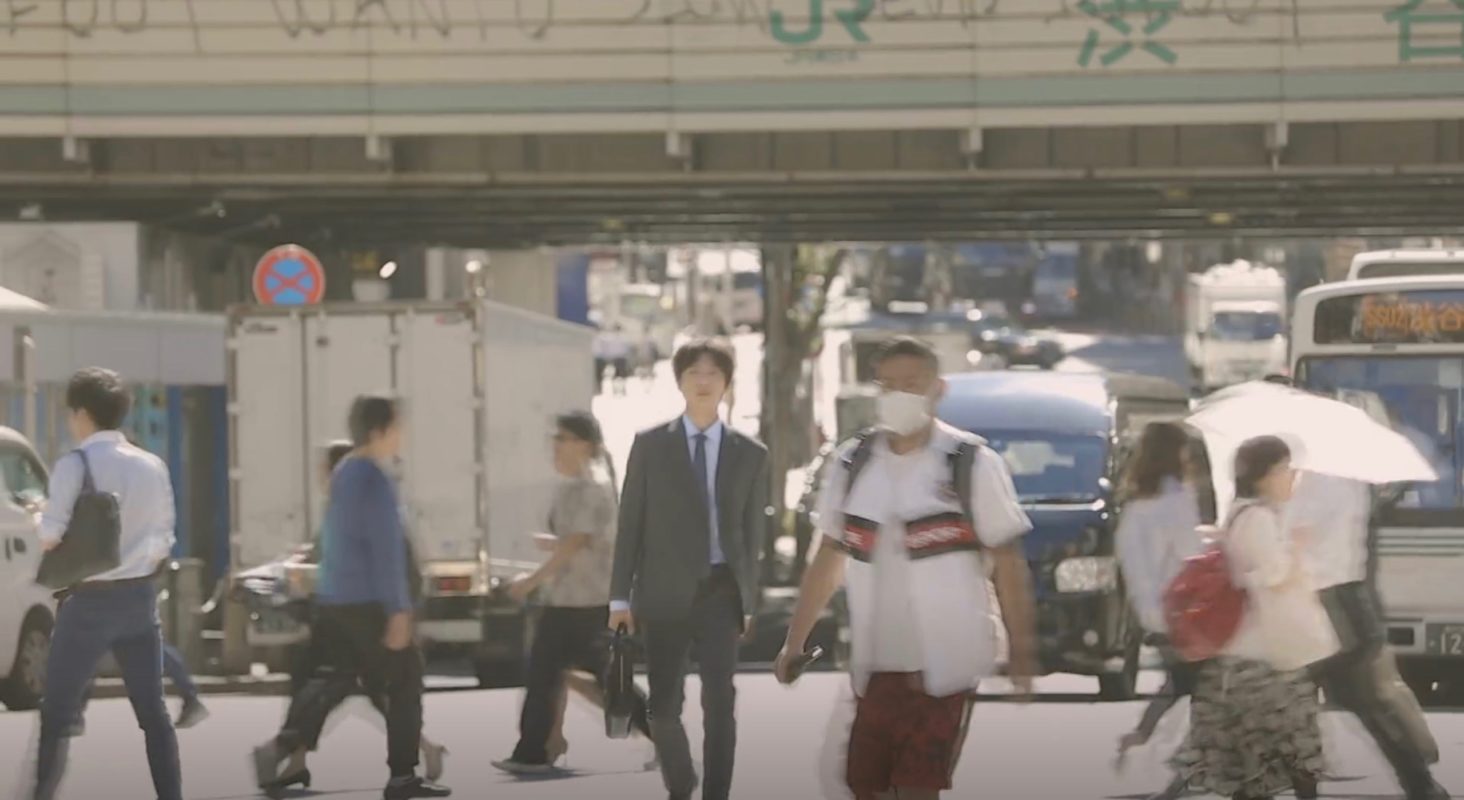 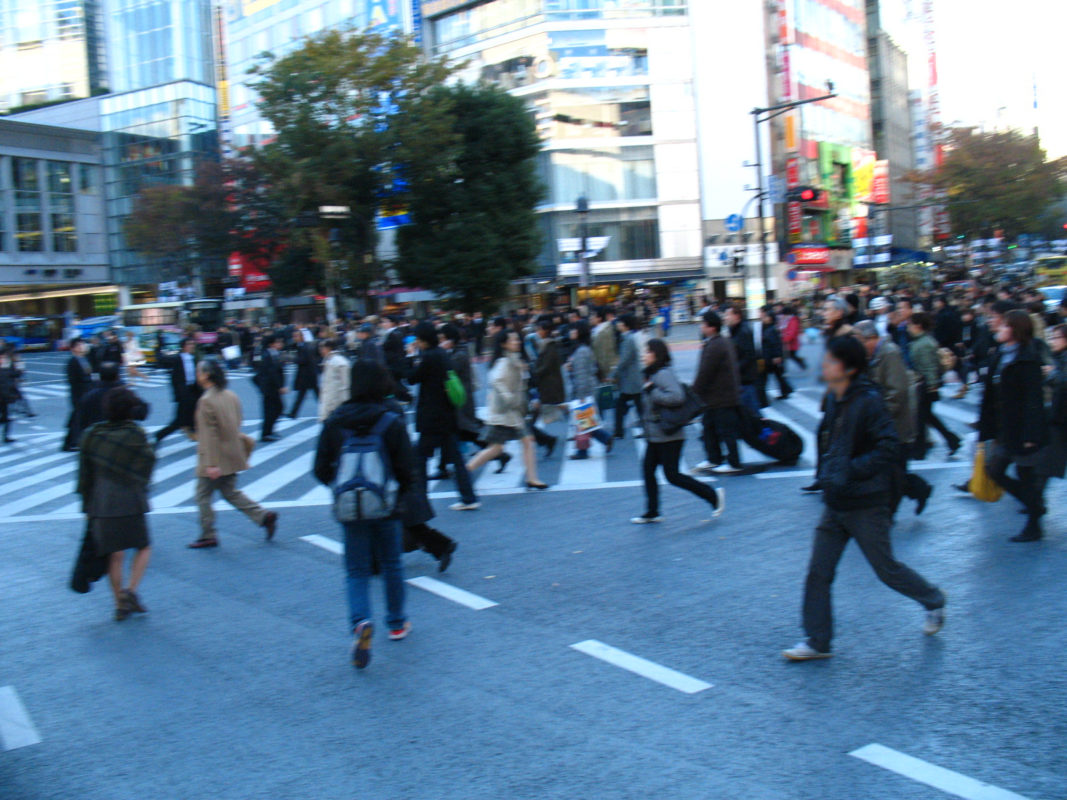 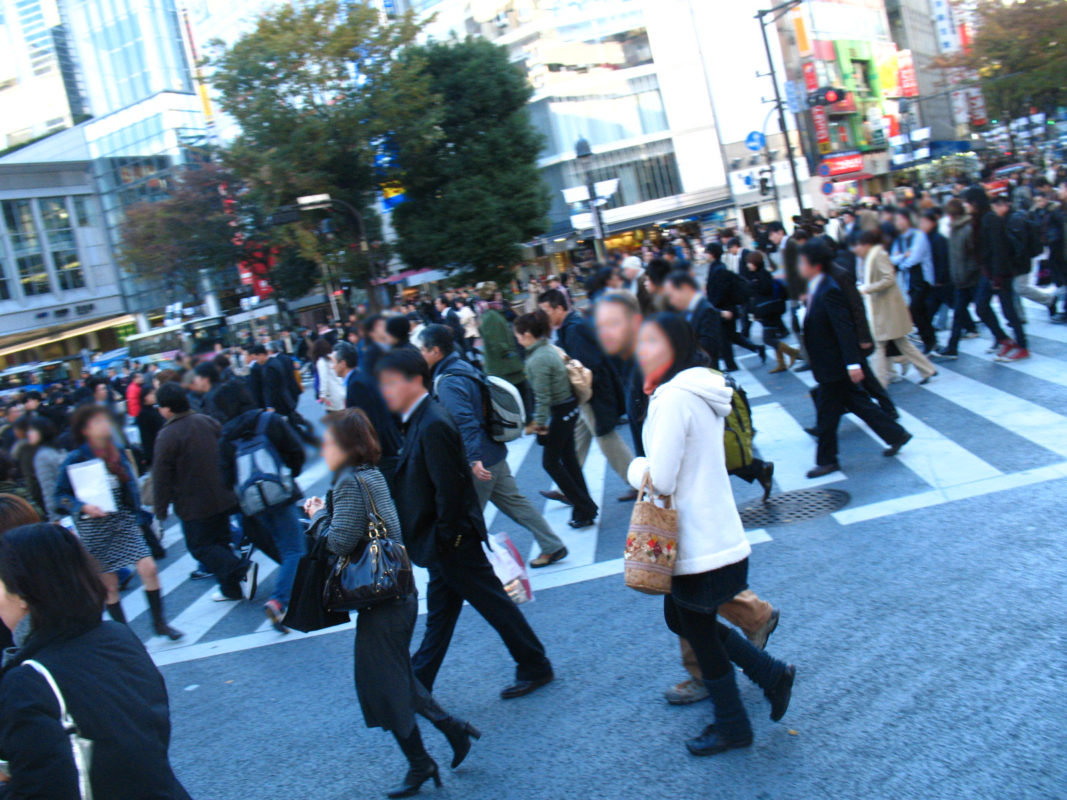 Shibuya Crossing [渋谷駅前交差点] is a well-known crossroad in front of Shibuya Station’s [渋谷駅] Hachikō Exit in Tokyo’s major business center and ward Shibuya [Shibuya-ku/渋谷区]. It is also known as Shibuya Scramble Crossing [渋谷駅前スクランブル交差点] because of the masses of people that pass through it, which can amount to over 1000 people at the same time. It has also been featured in North American films such as Lost in Translation, The Fast and the Furious: Tokyo Drift, and Resident Evil: Afterlife and Retribution.