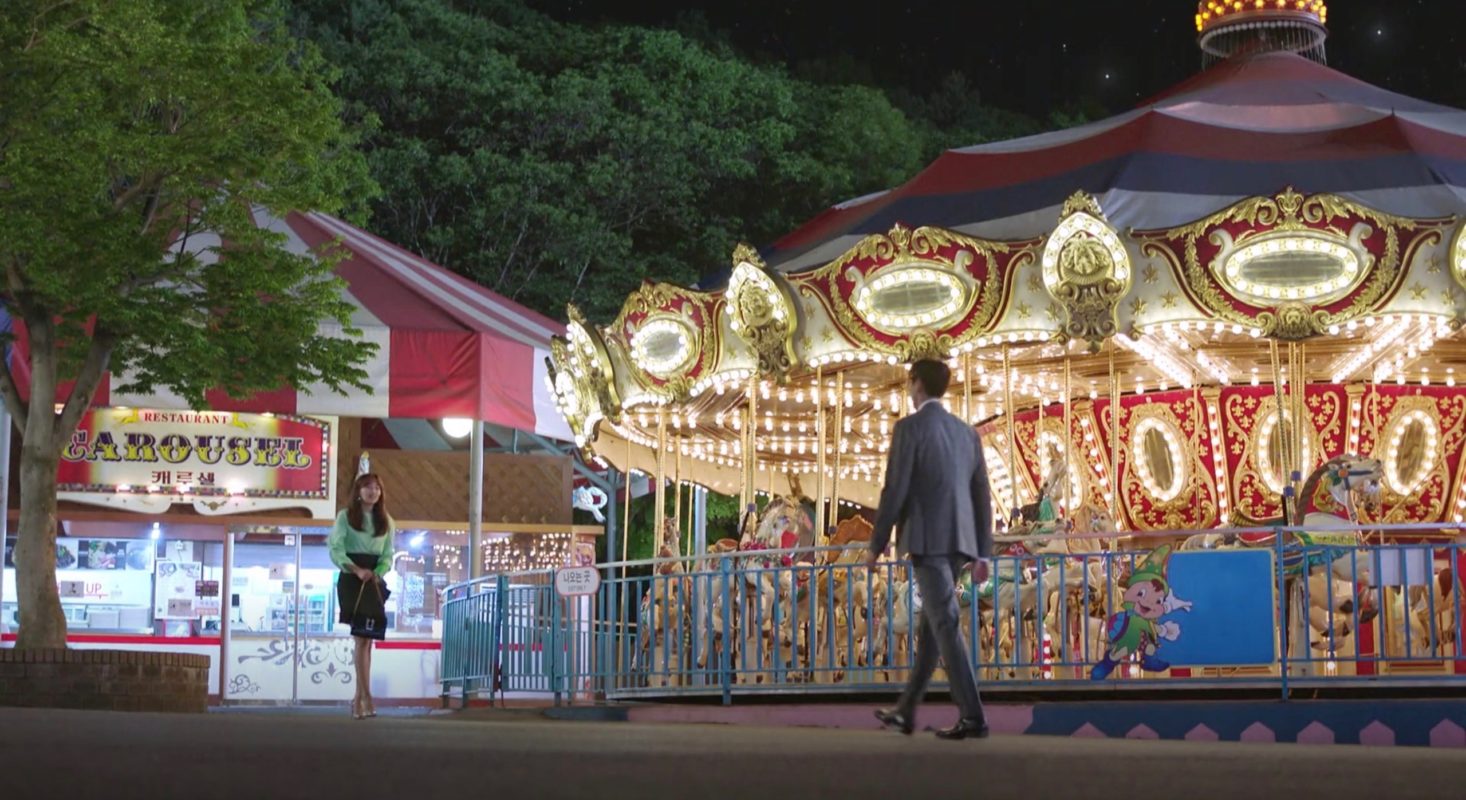 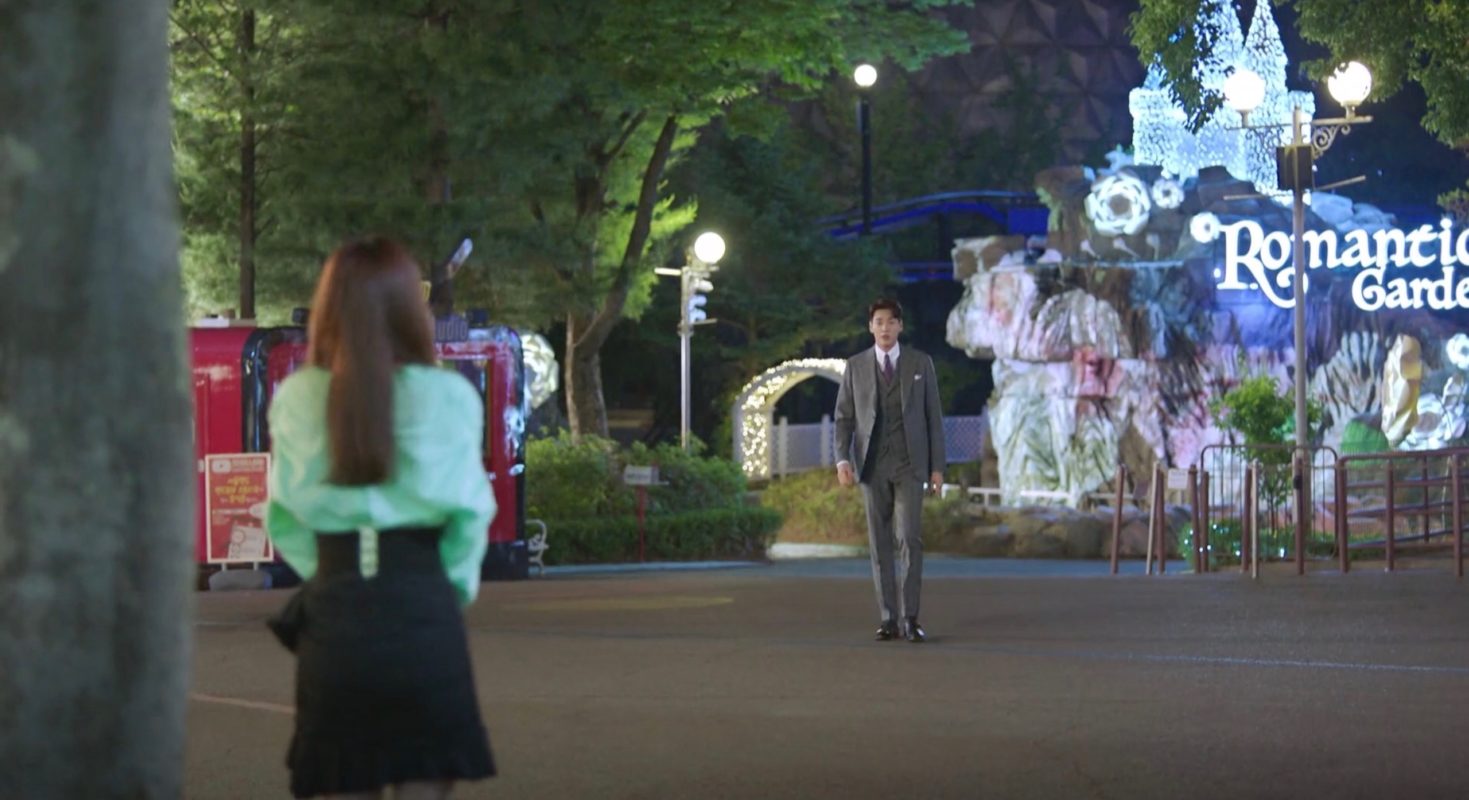 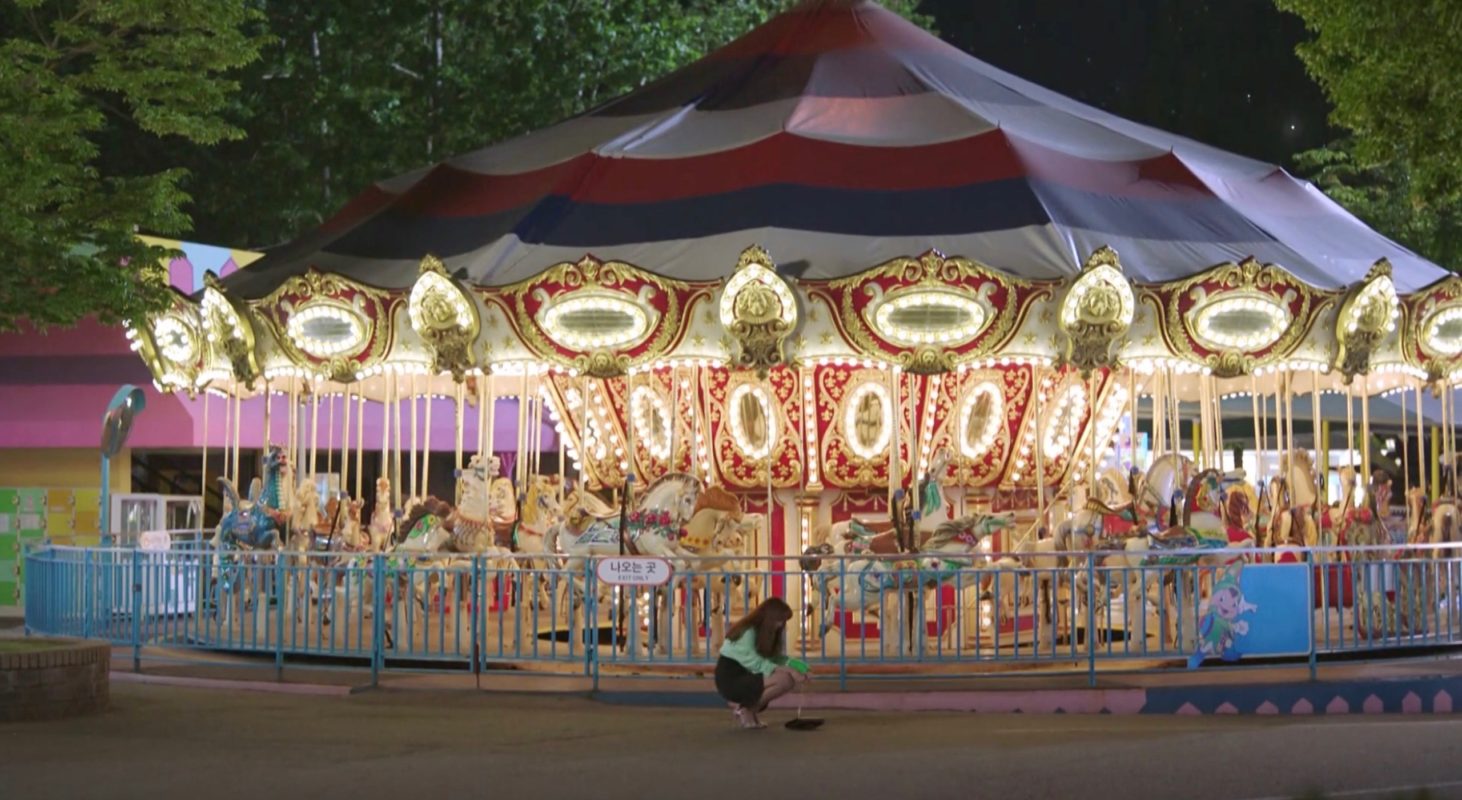 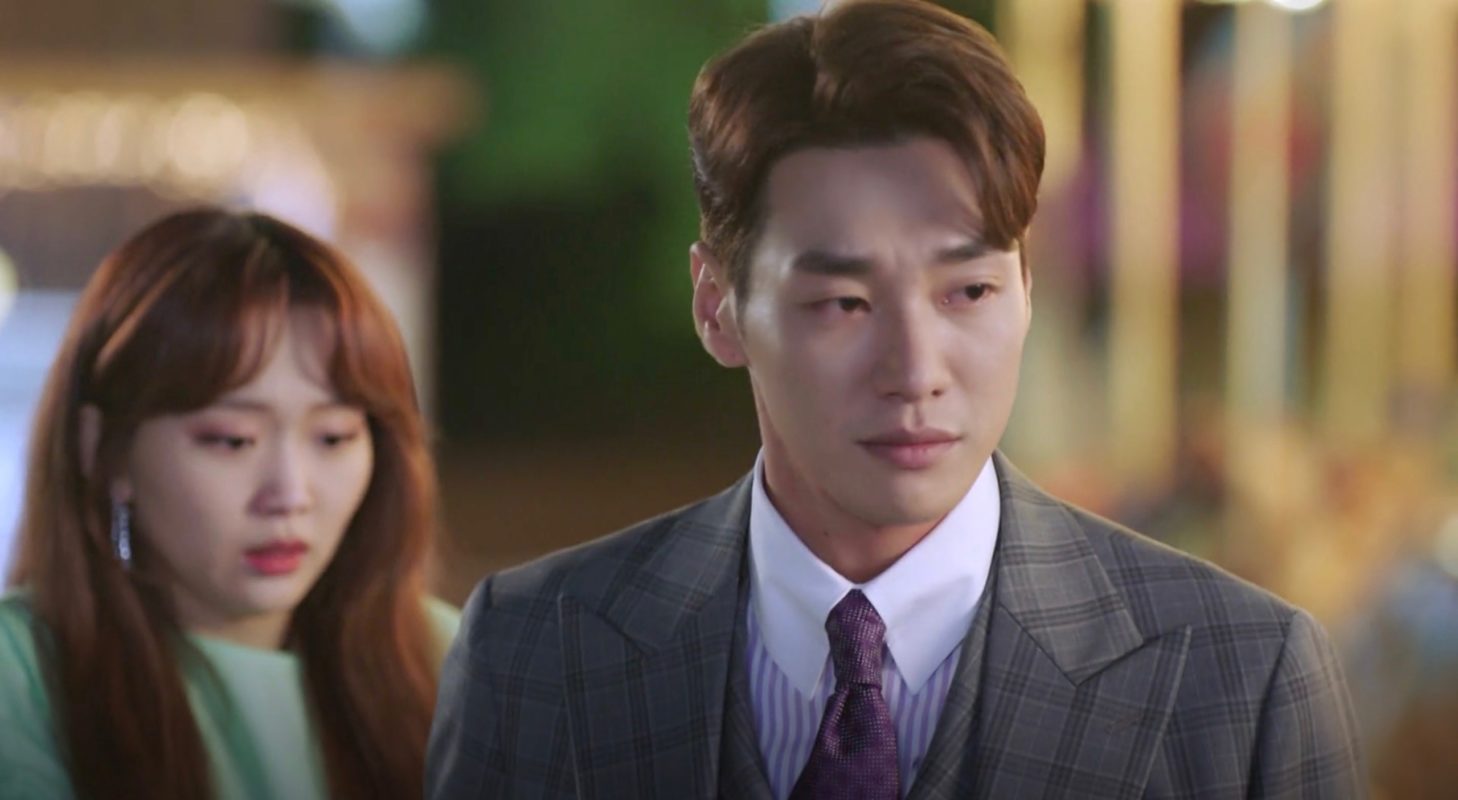 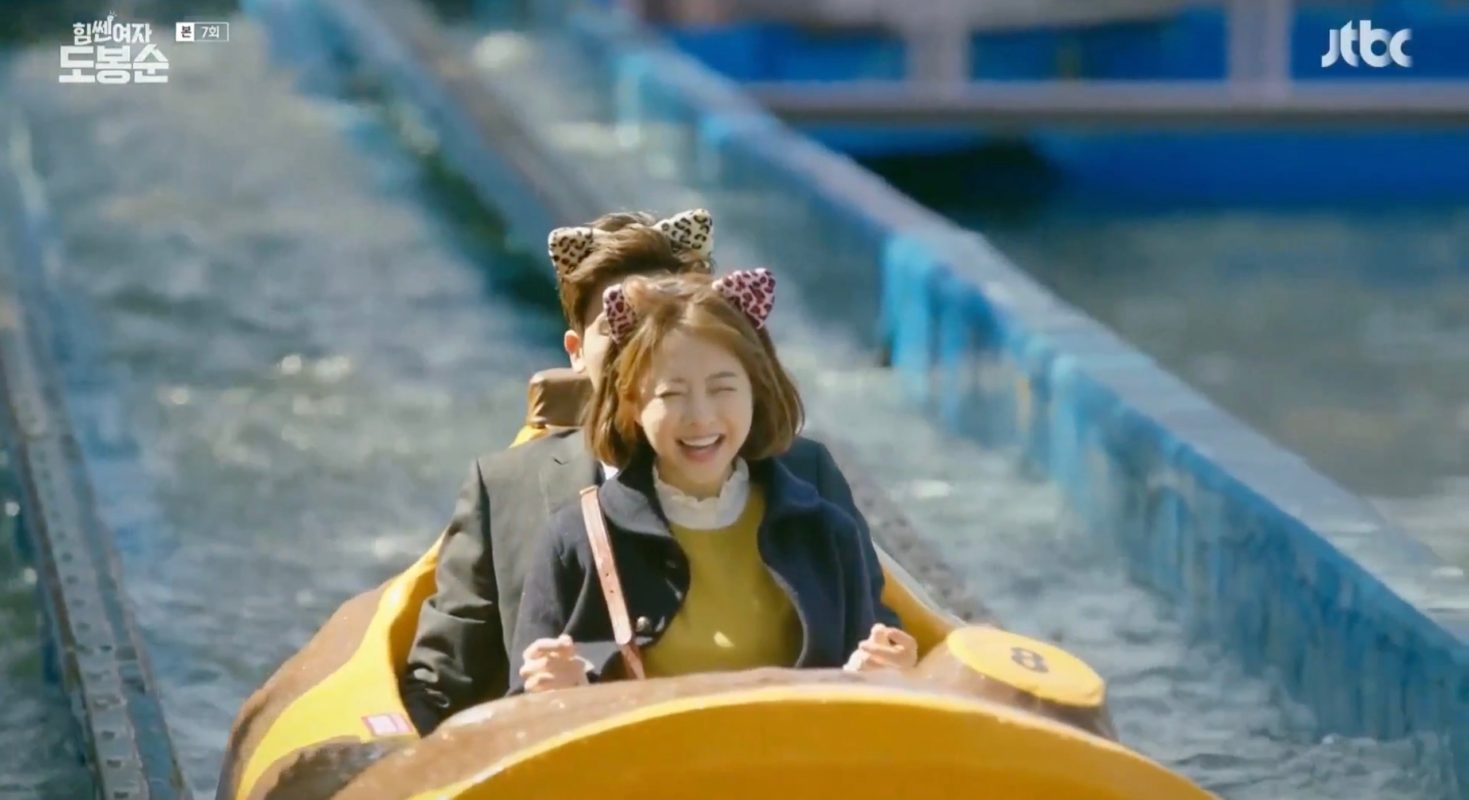 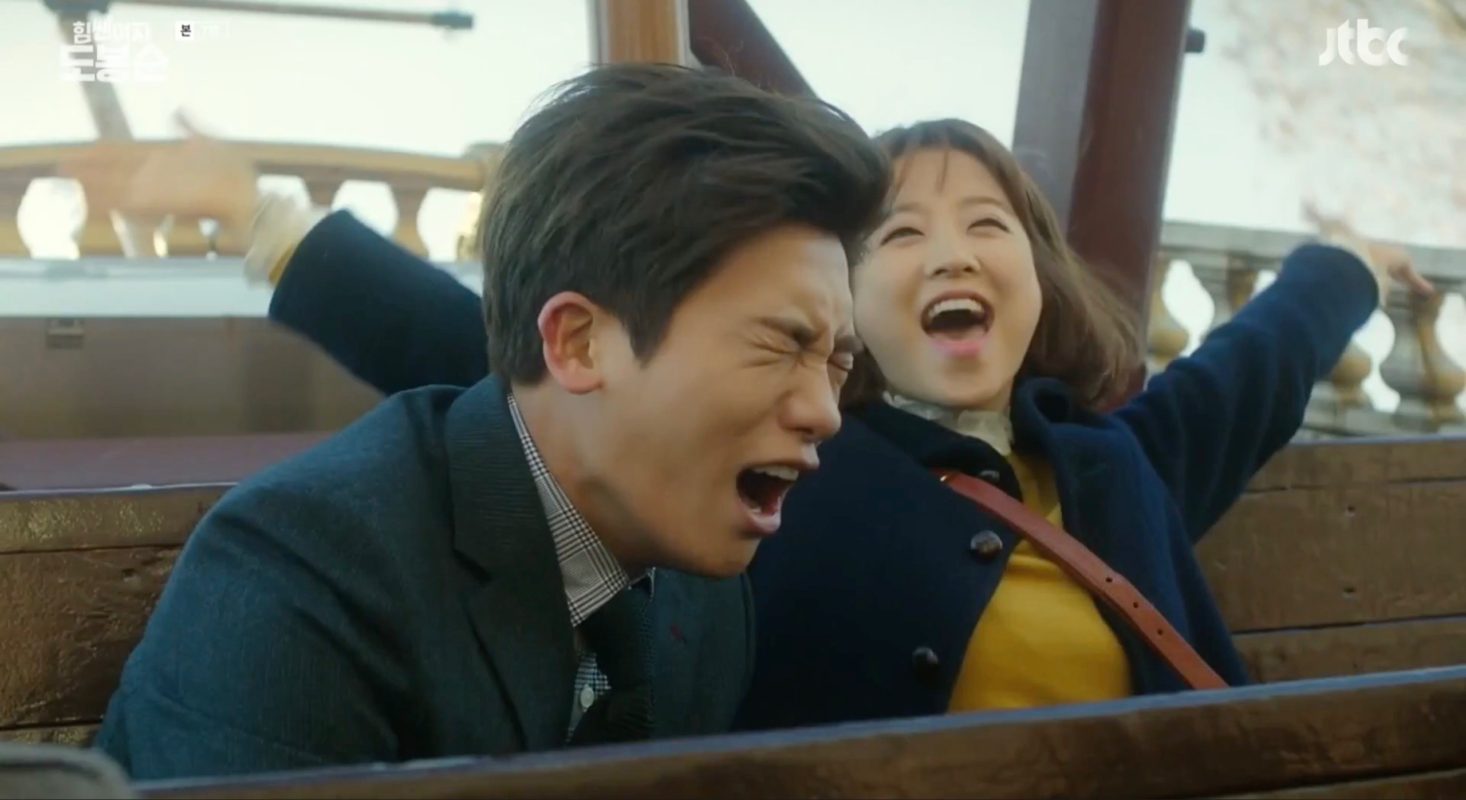 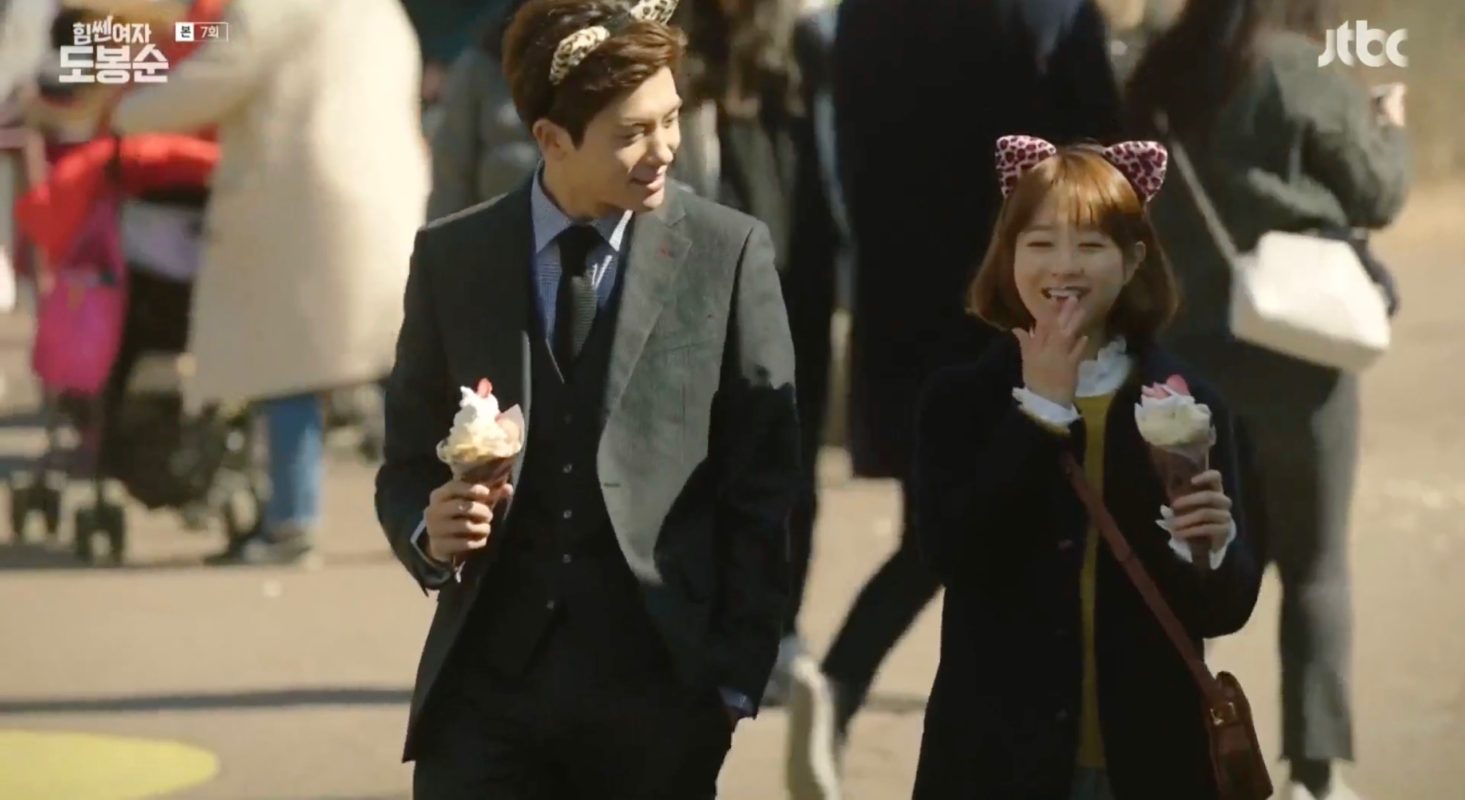 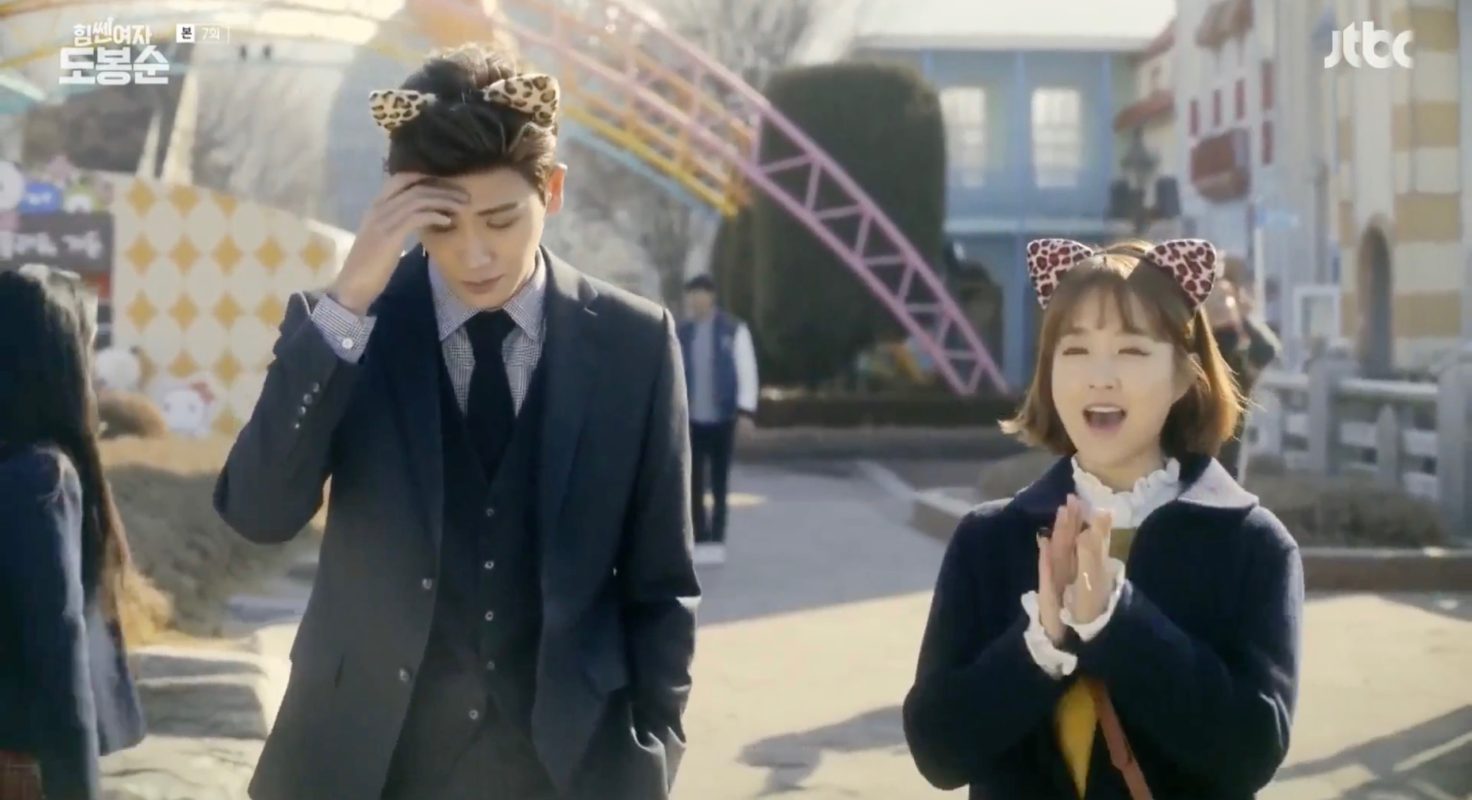 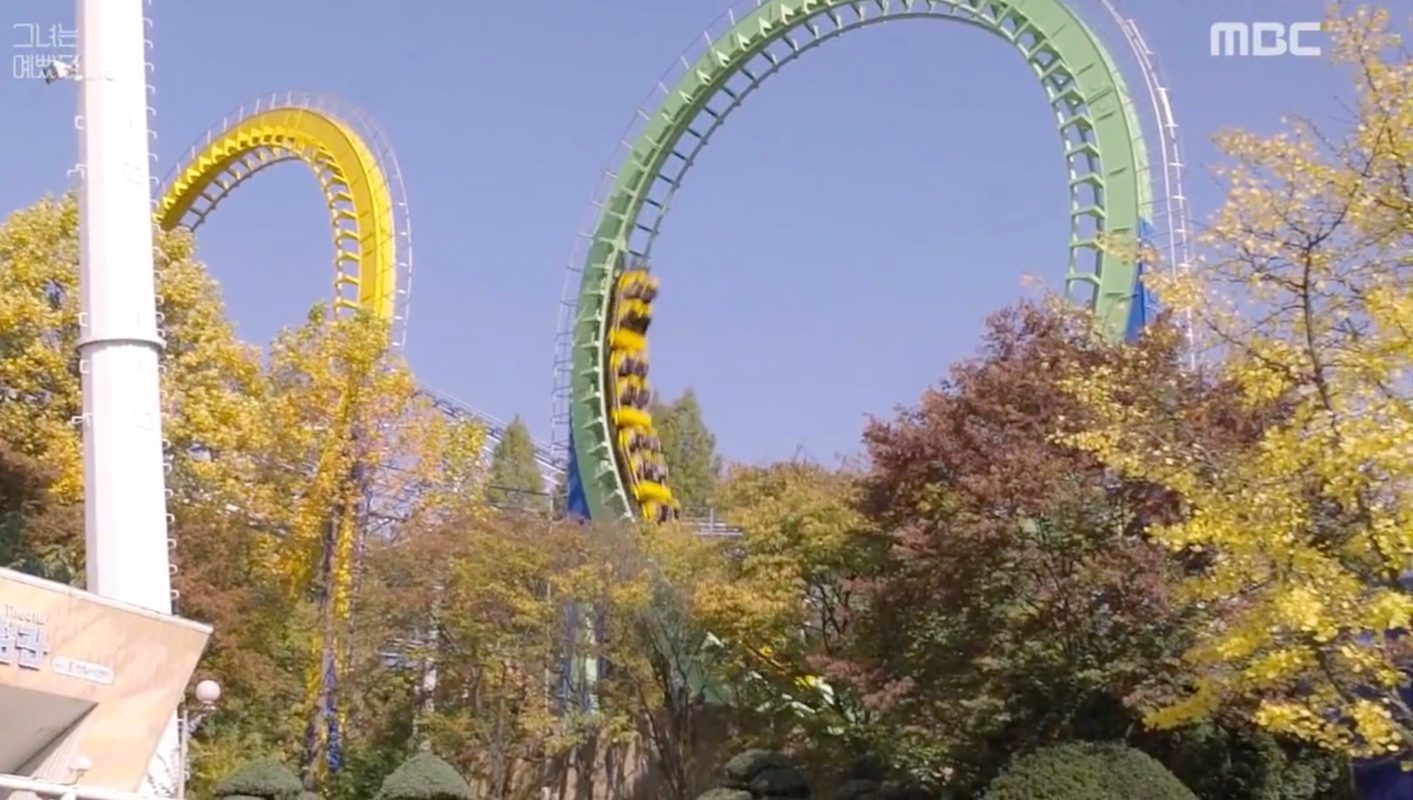 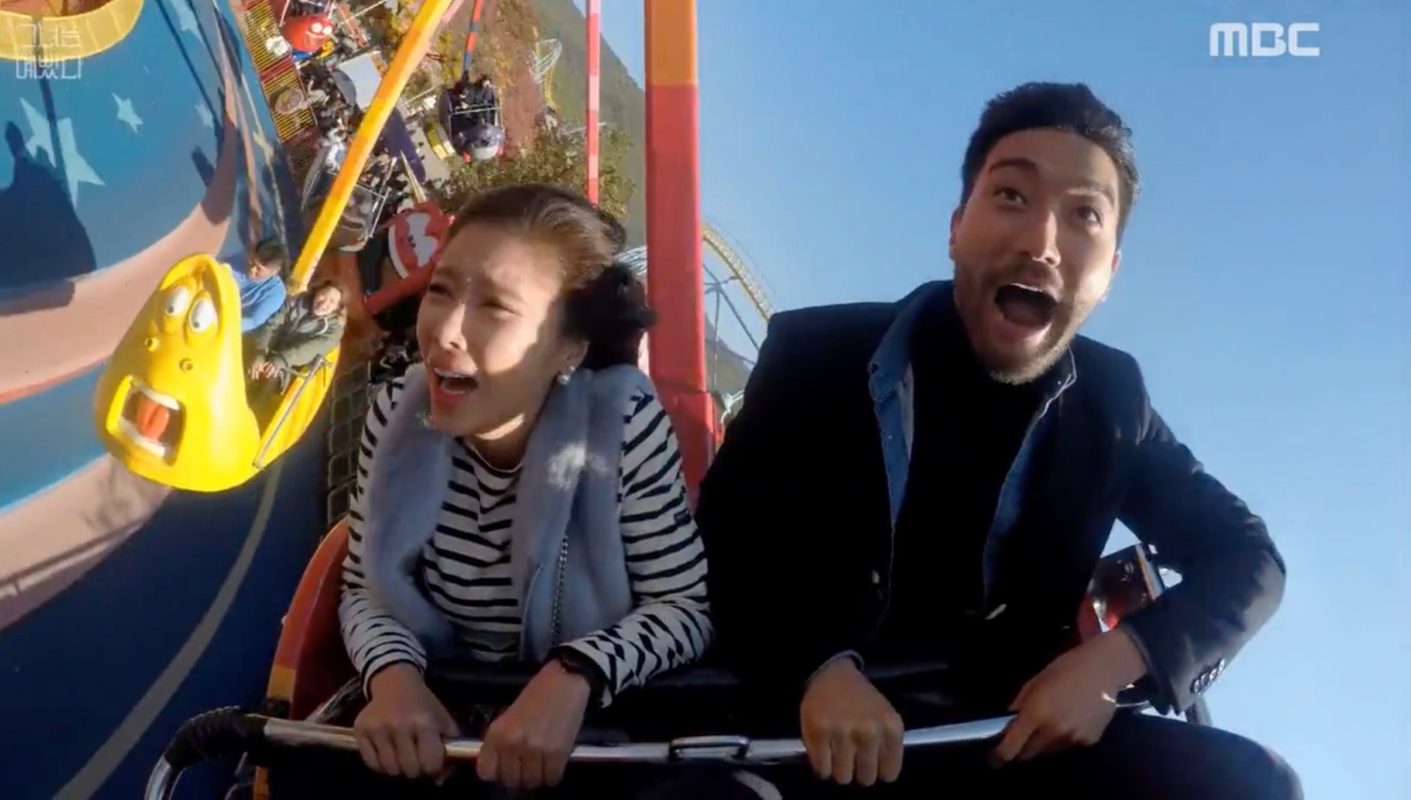 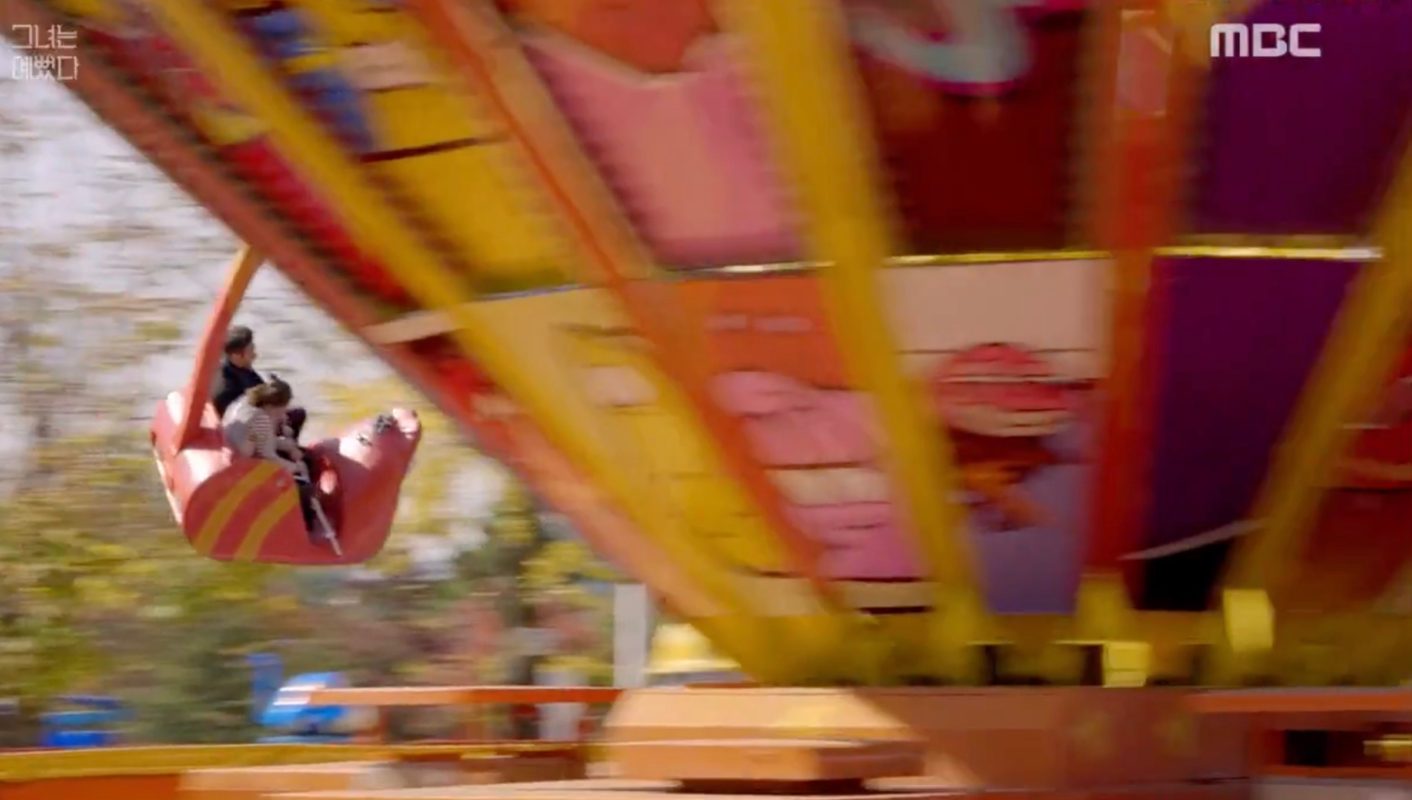 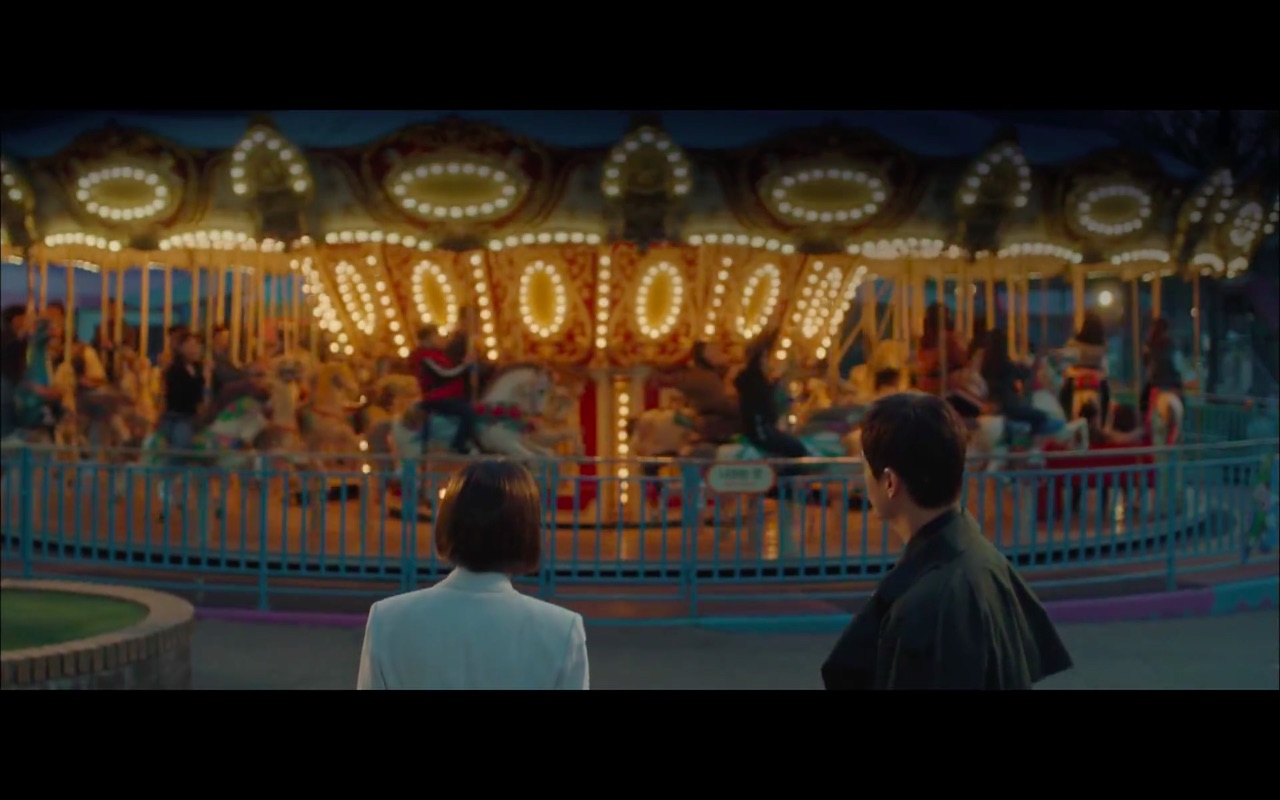 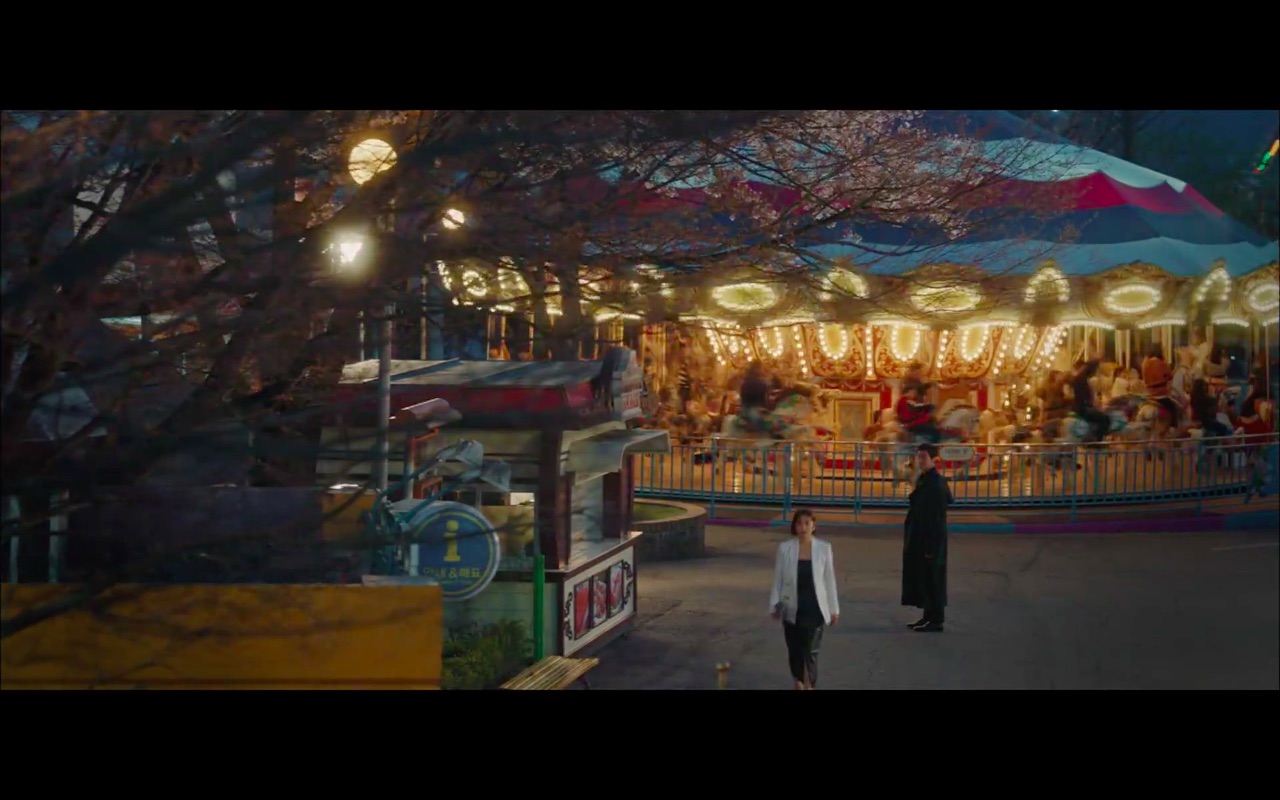 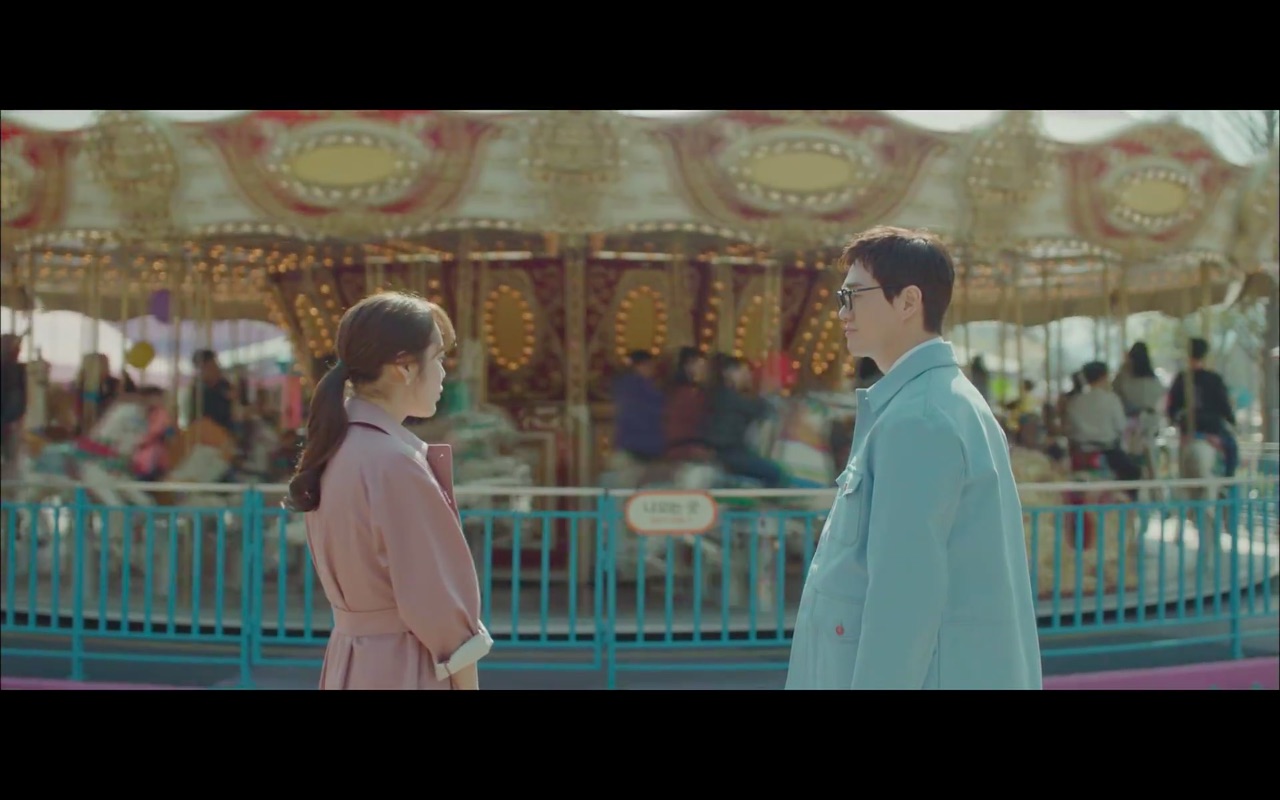 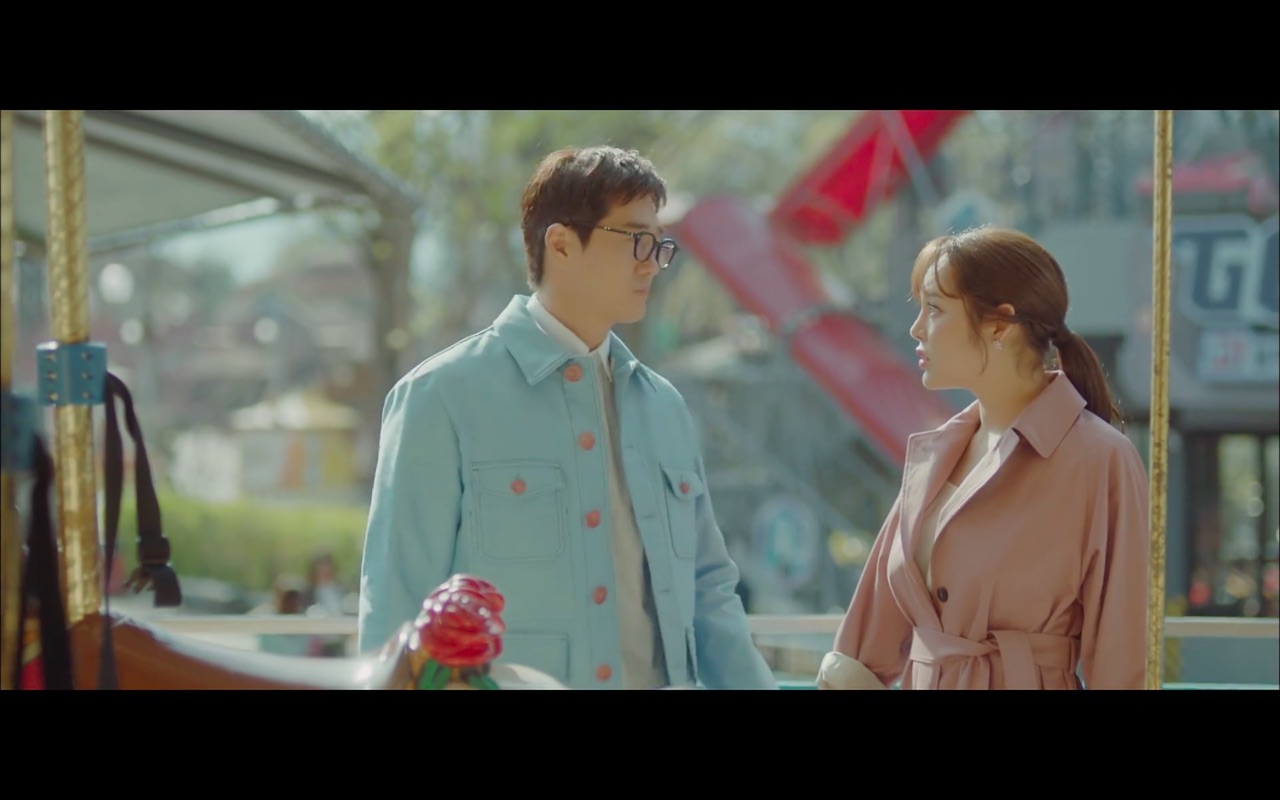 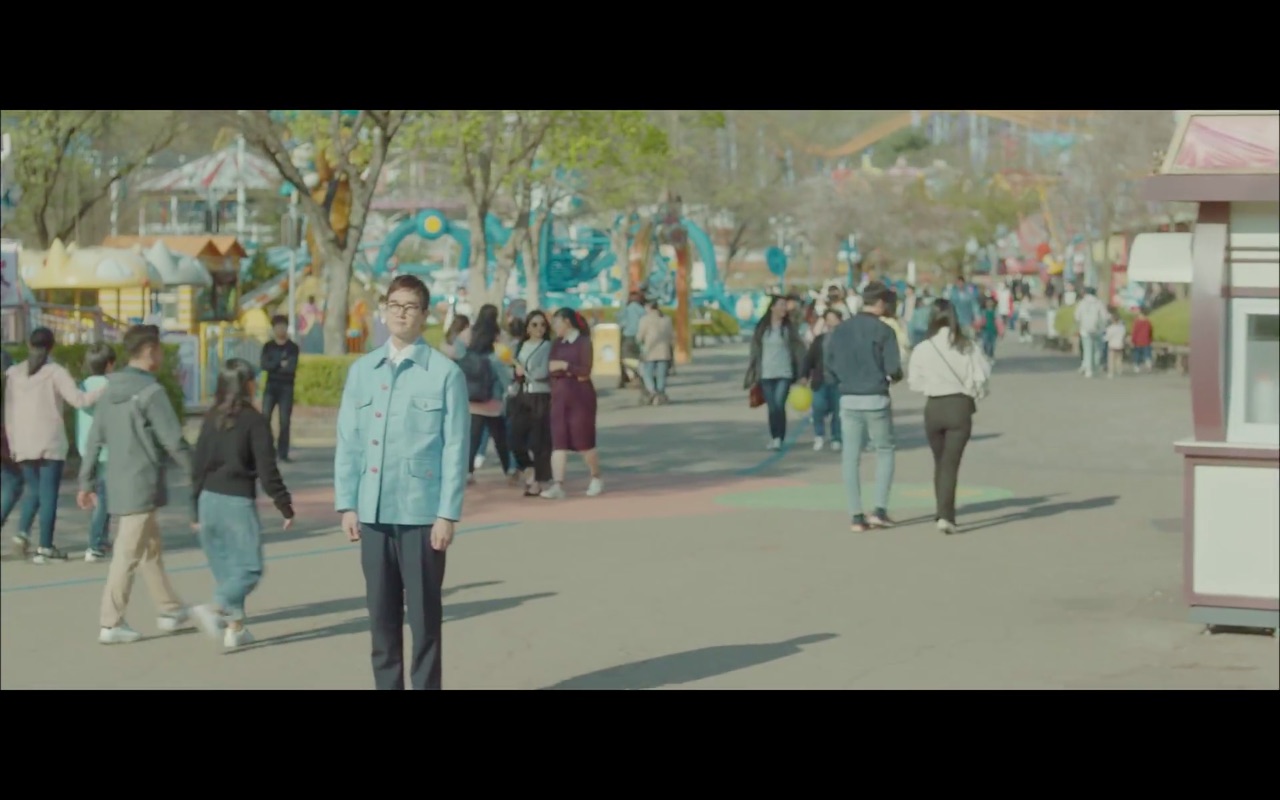 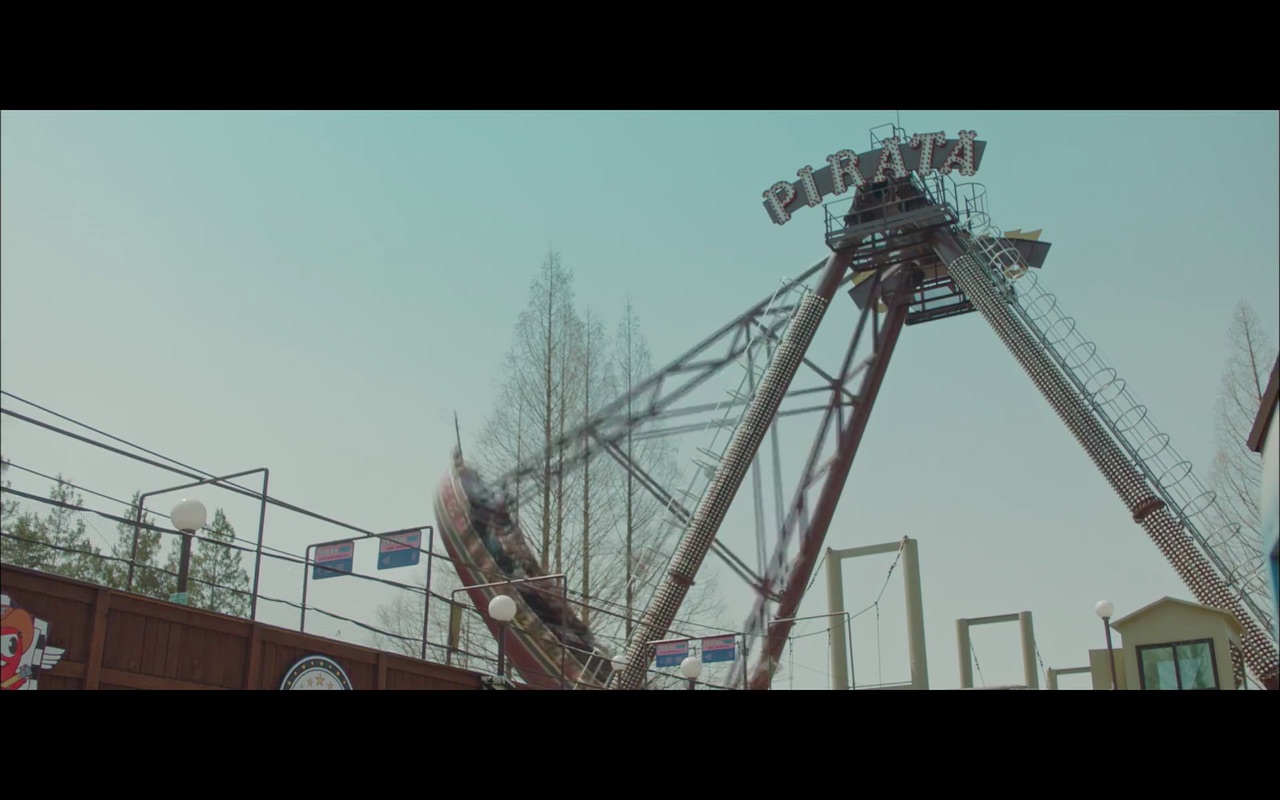 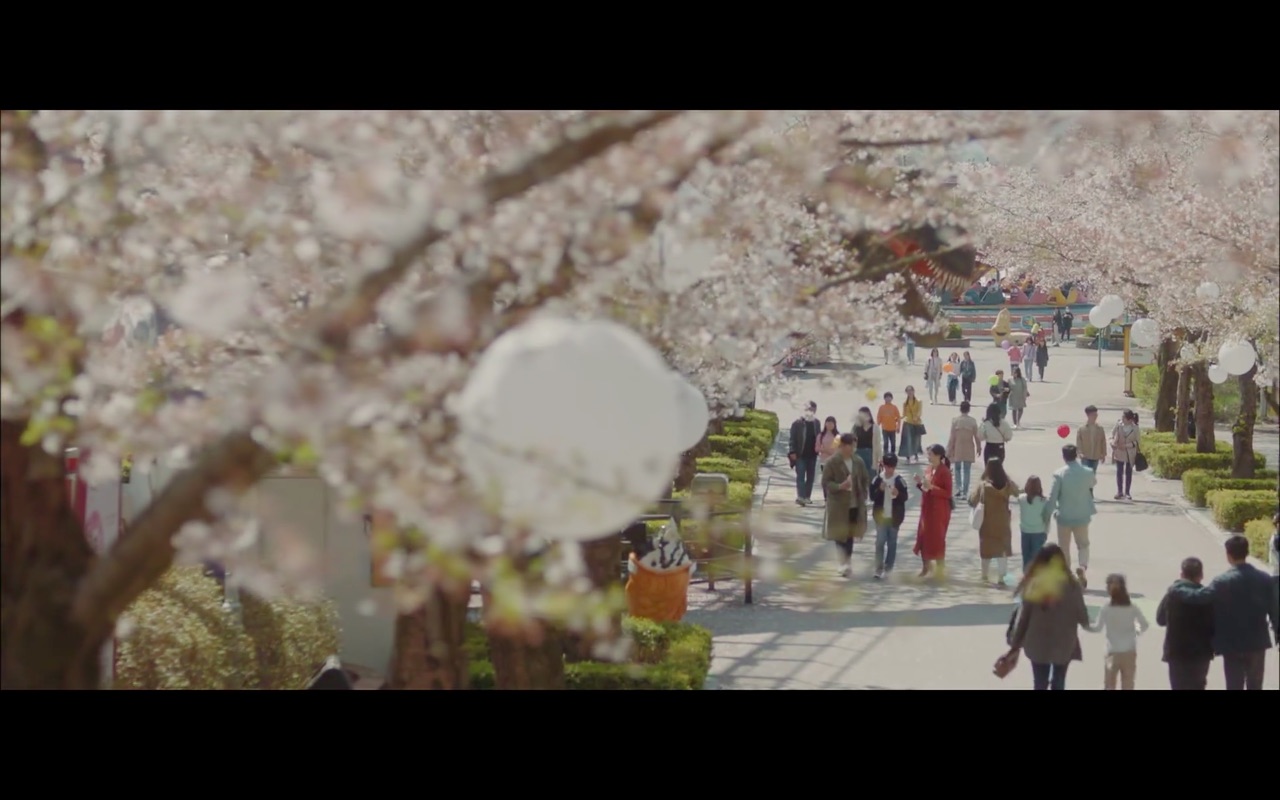 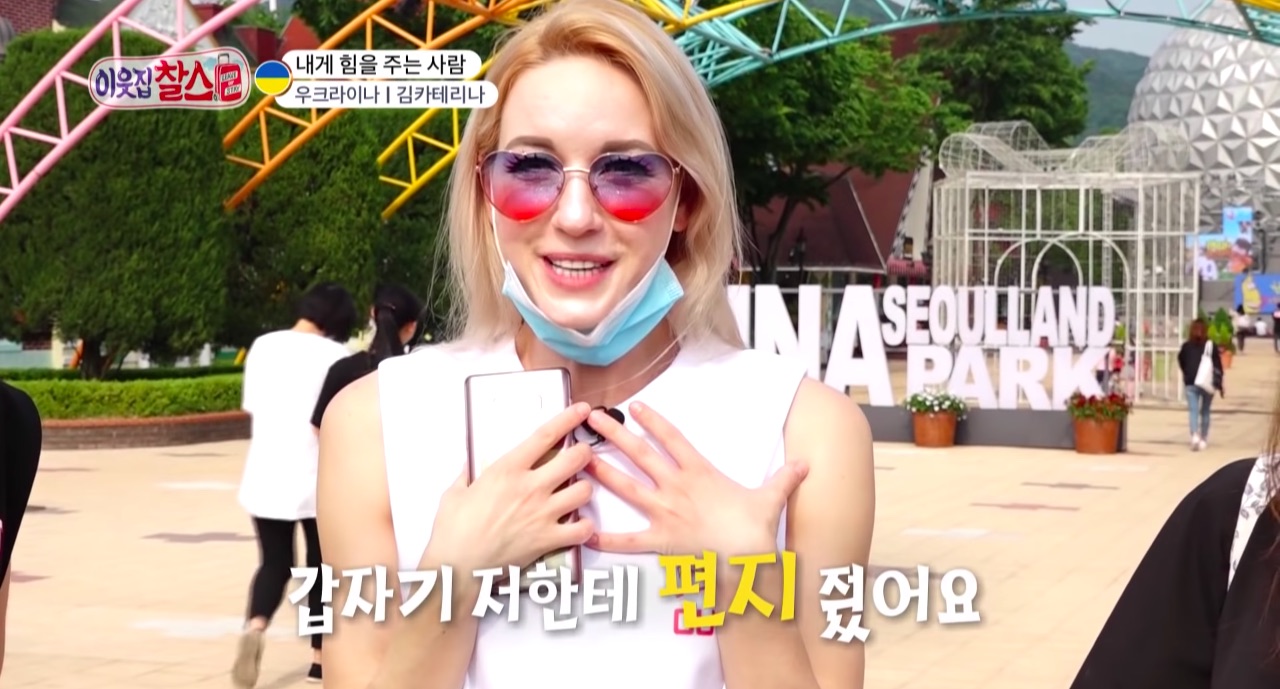 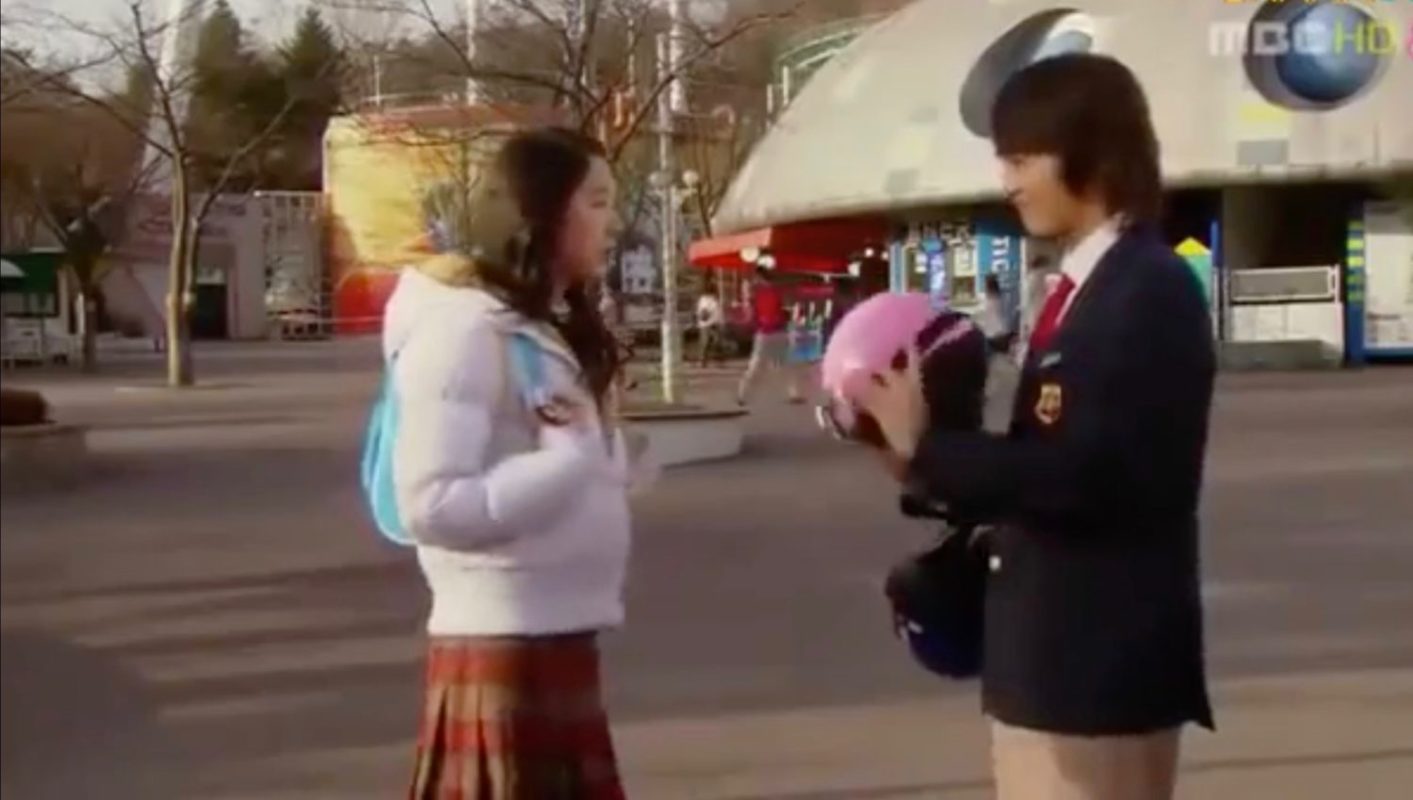 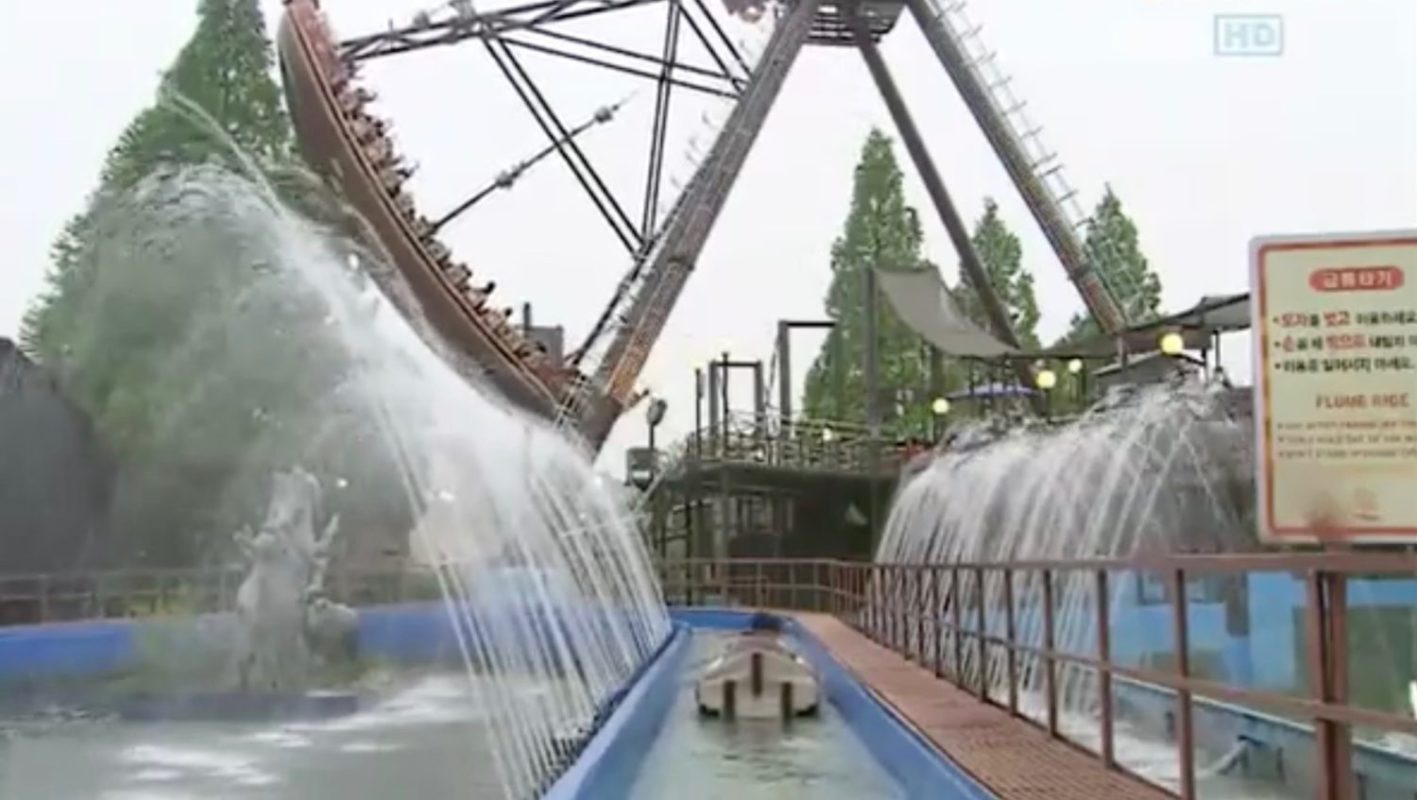 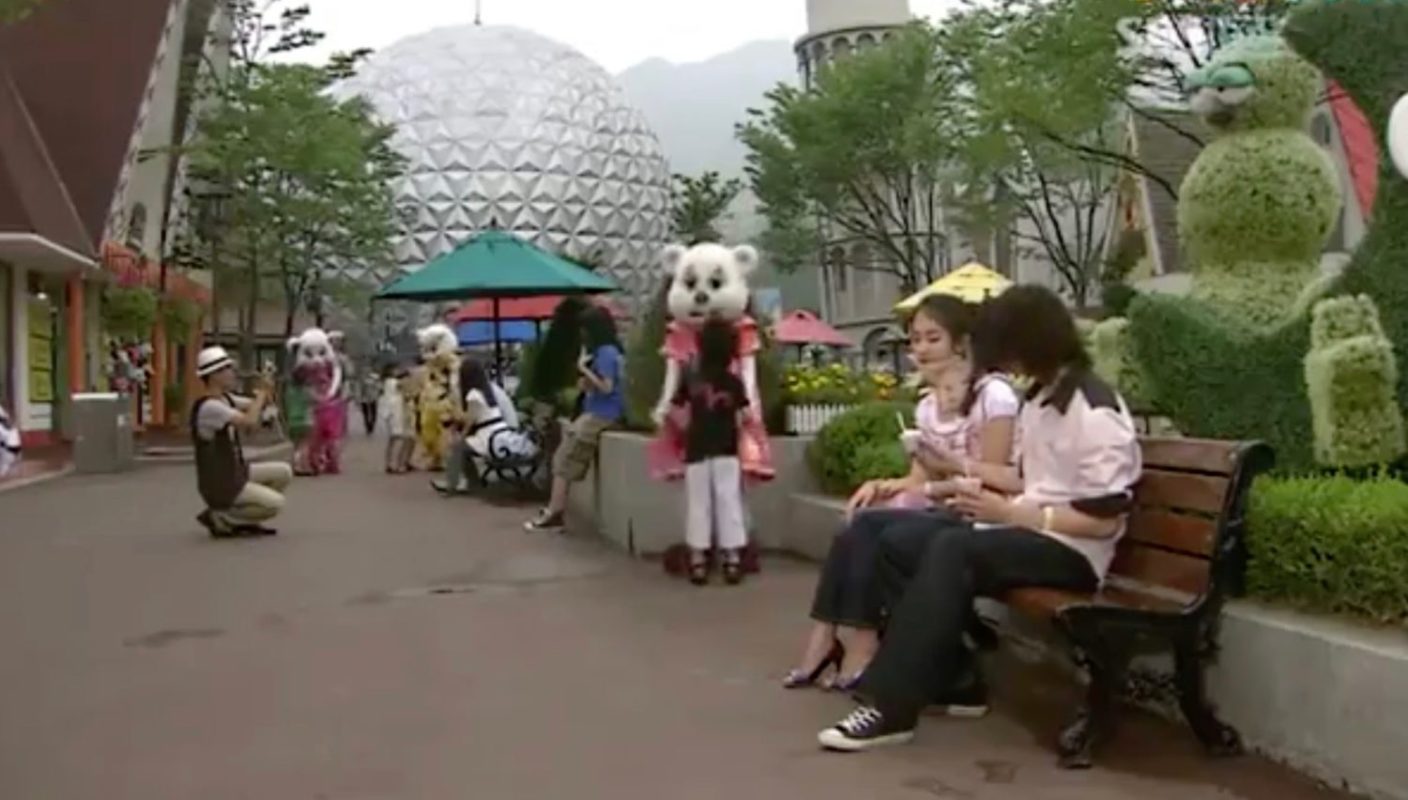 In episode 11 of When My Love Blooms/The Most Beautiful Moment in Life (화양연화 – 삶이 꽃이 되는 순간) (tvN, 2020), Jang Seo-kyung (Park Si-yeon) meets Han Jae-hyun (Yoo Ji-tae) in front of the carousel “where everything started” and pleas with him again to not abandon her. It holds much meaning to Seo-kyung as it was the very place that she was abandoned as a child by her mother, as seen in an earlier episode. In their late 20s, Jae-hyun brought her here to overcome her trauma, promising her that “her mother would no longer be the last person she sees” as she goes around. In episode 12, Joo Young-woo (Lee Tae-sung) brings  Yoon Ji-soo (Lee Bo-young) and Lee Young-min (Ko Woo-rim) here for an afternoon out.

It is in front of the merry-go-round of this amusement park that Jung Gal-hee (Jin Ki-joo) waits for Do Min-ik (Kim Young-kwang) as ‘Veronica Park’ to break up with him in episode 24 (full episode 12) of The Secret Life of My Secretary/I Loved You From The Beginning/How to Train My Blind Boss (초면에 사랑합니다) (SBS, 2019). But when Mik-ik arrives, he had already put everything together and leaves this place deceived and heart-broken.

This is where Kim Shin-hyuk (Choi Si-won) brings Kim Hye-jin (Hwang Jung-eum) in episode 14 of She Was Pretty (그녀는 예뻤다) (MBC, 2015). It is just before he makes his coming out as Ten and it’s like he wants to be on a last “date” with her.

Kim Myung-soo (Kim Hee-cheol) brings his crush Kang Se-mi (Ahn Mi-na) to this park under a pretext in episode 5 of The Golden Bride/Bride From Vietnam (황금신부) (SBS, 2007-08) hoping to get close to her but she quickly notices his intentions and turns him away.

Prince Lee Yul (Kim Jeong-hoon) brings Crown Princess Shin Chae-kyung (Yoon Eun-hye) to this amusement park in episode 14 of Goong/Princess Hours (궁) (MBC, 2006) when they play hooky and he tries to light up her mood.

Also seen in Hundred Million Stars from the Sky / The Smile Has Left Your Eyes (하늘에서 내리는 일억개의 별) (tvN, 2018).

Seoul Land or Seoulland [서울랜드] is an amusement park located in Gwacheon’s neighborhood Makgye [Makgye-dong/막계동] that opened in 1987. Together with the National Museum of Modern and Contemporary Art, Gwacheon [국립현대미술관 과천관], it forms the larger cultural complex of Seoul Grand Park [서울대공원].

In 2021, the Ministry of Culture, Sports and Tourism –announced through the Korea Tourism Organization (KTO)– selected this theme park (including the larger Seoul Grand Park) as one of the ‘100 Must-Visit Spots in Korea’ for 2021-2022.