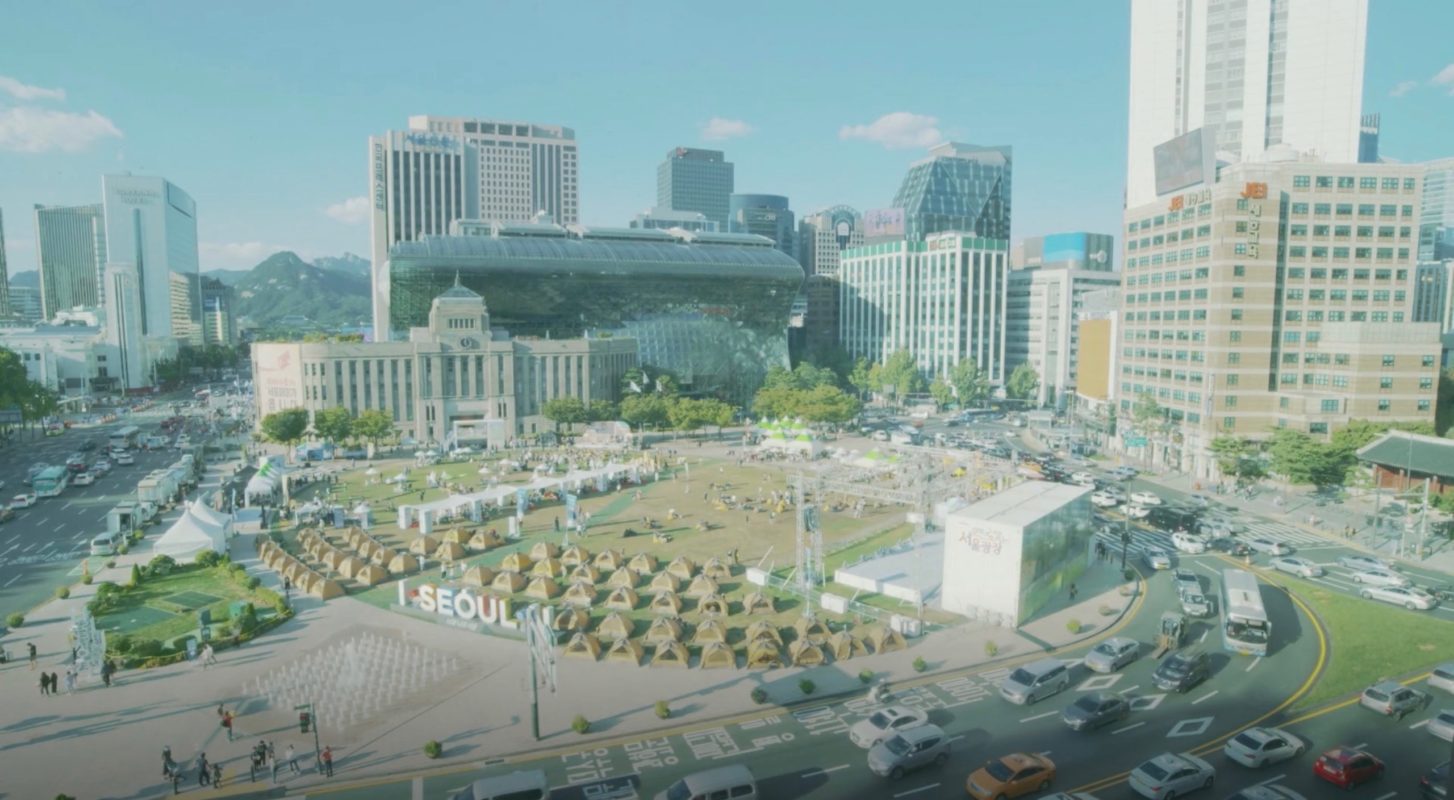 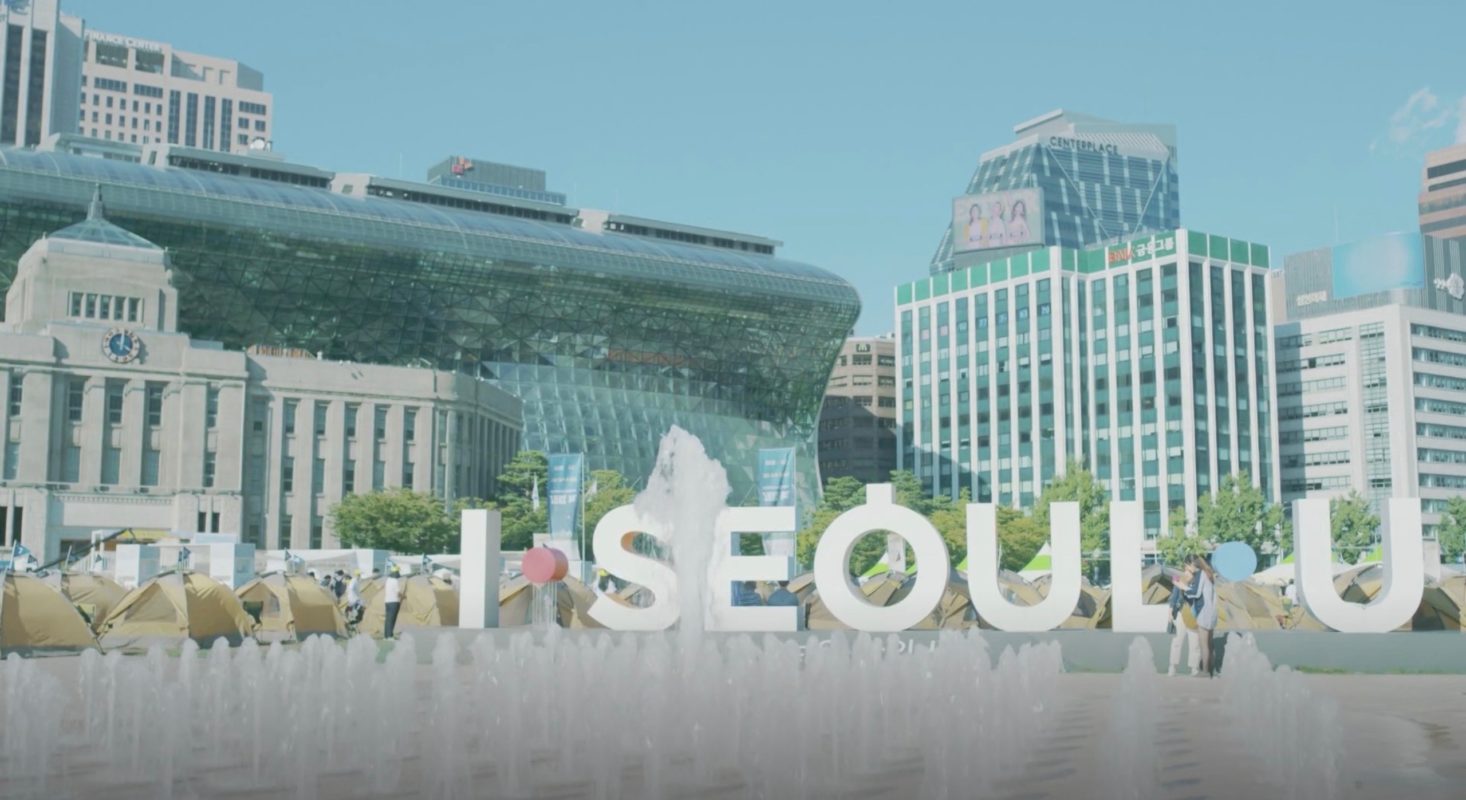 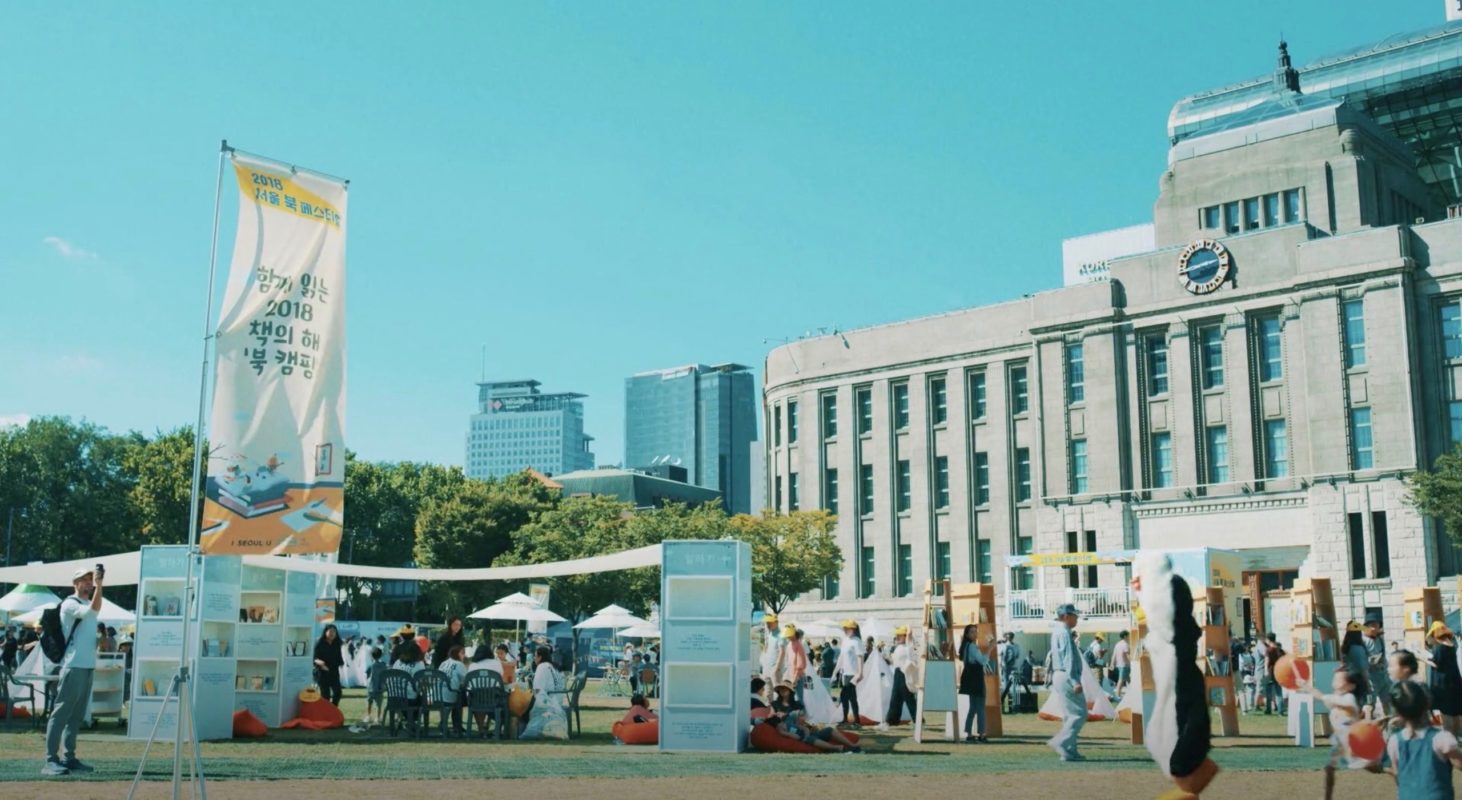 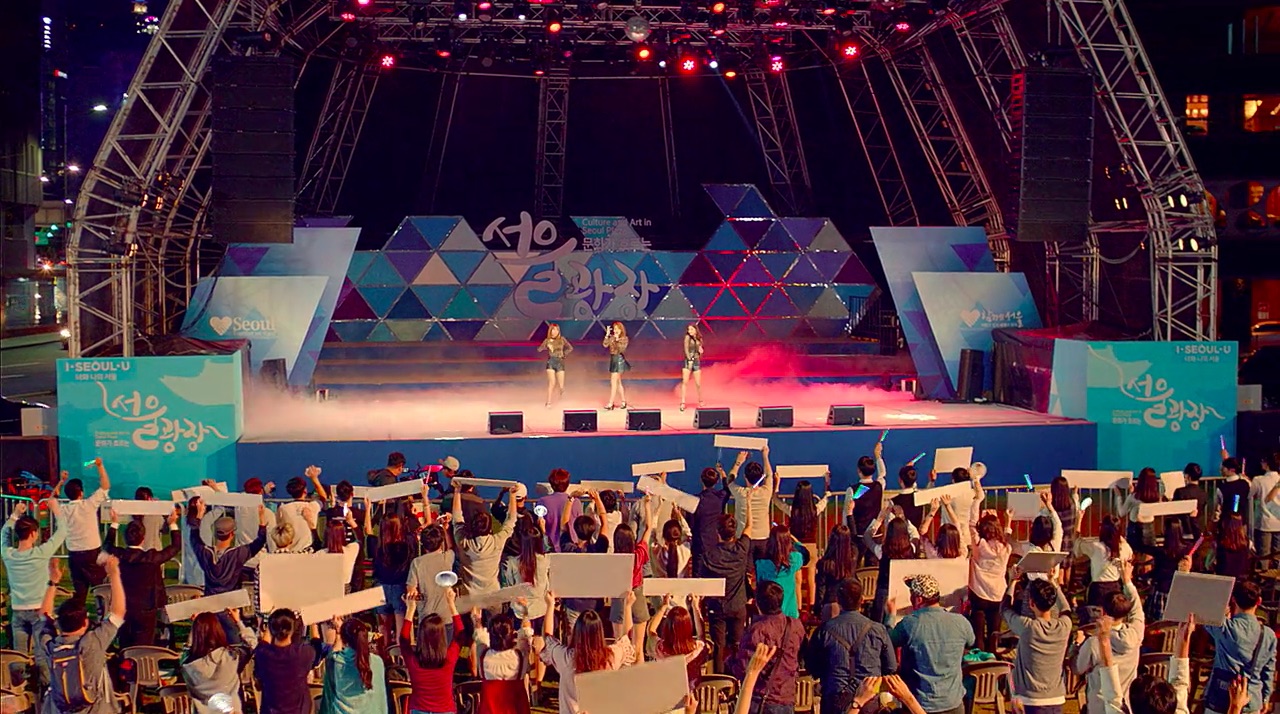 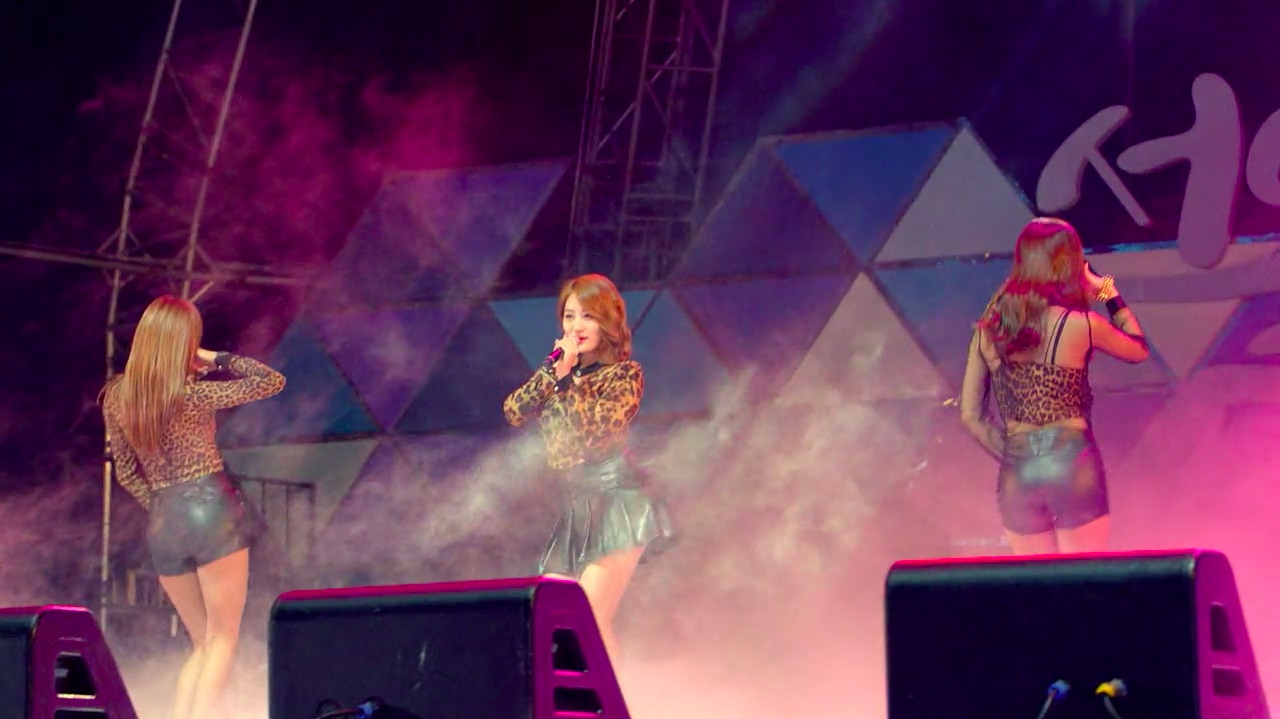 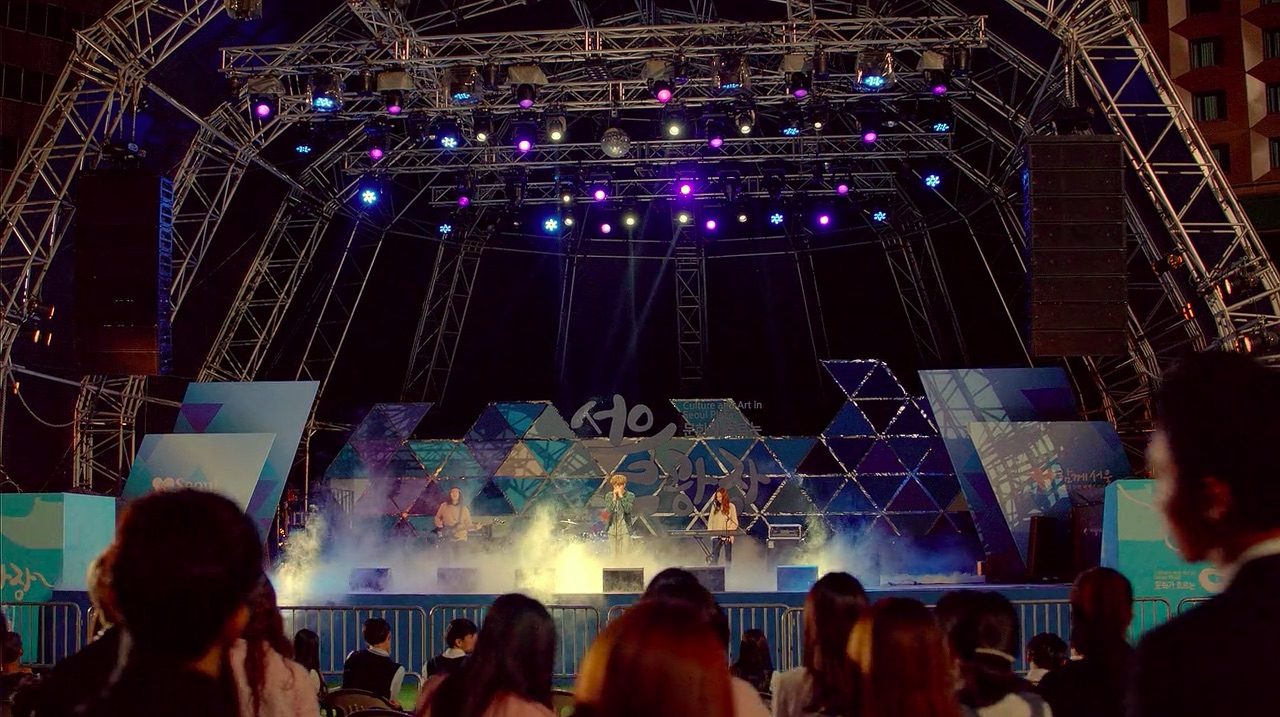 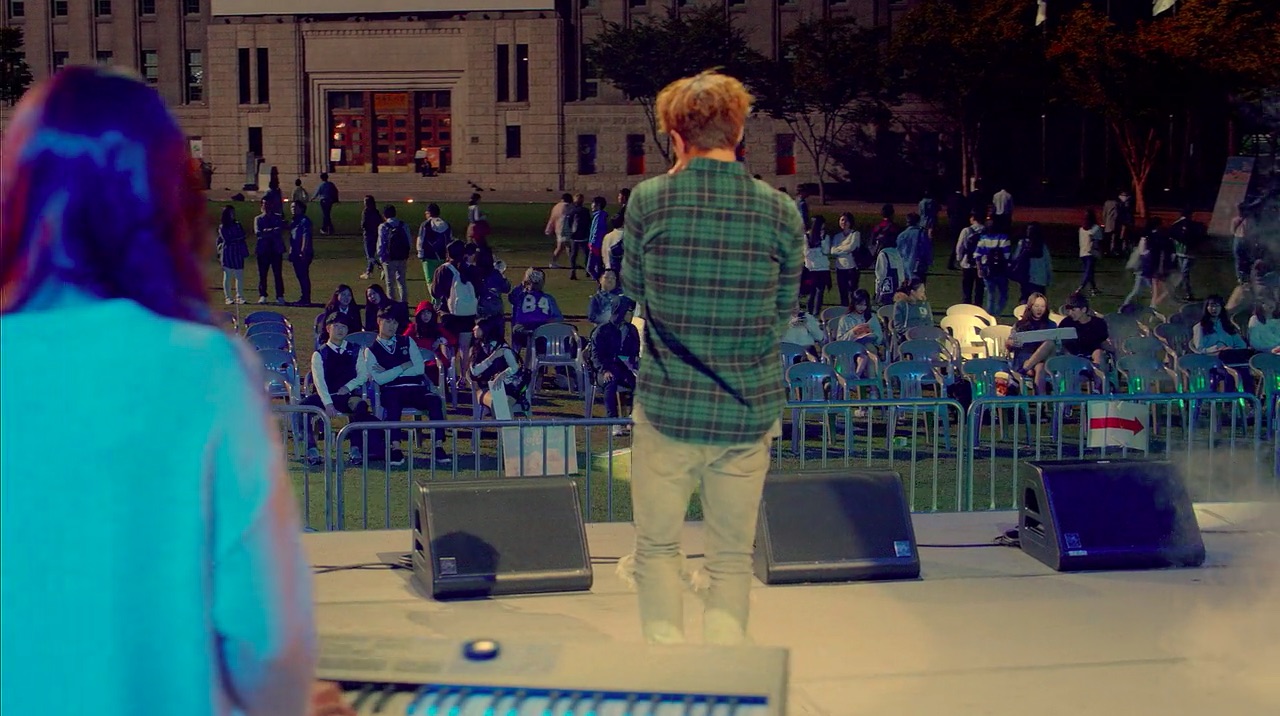 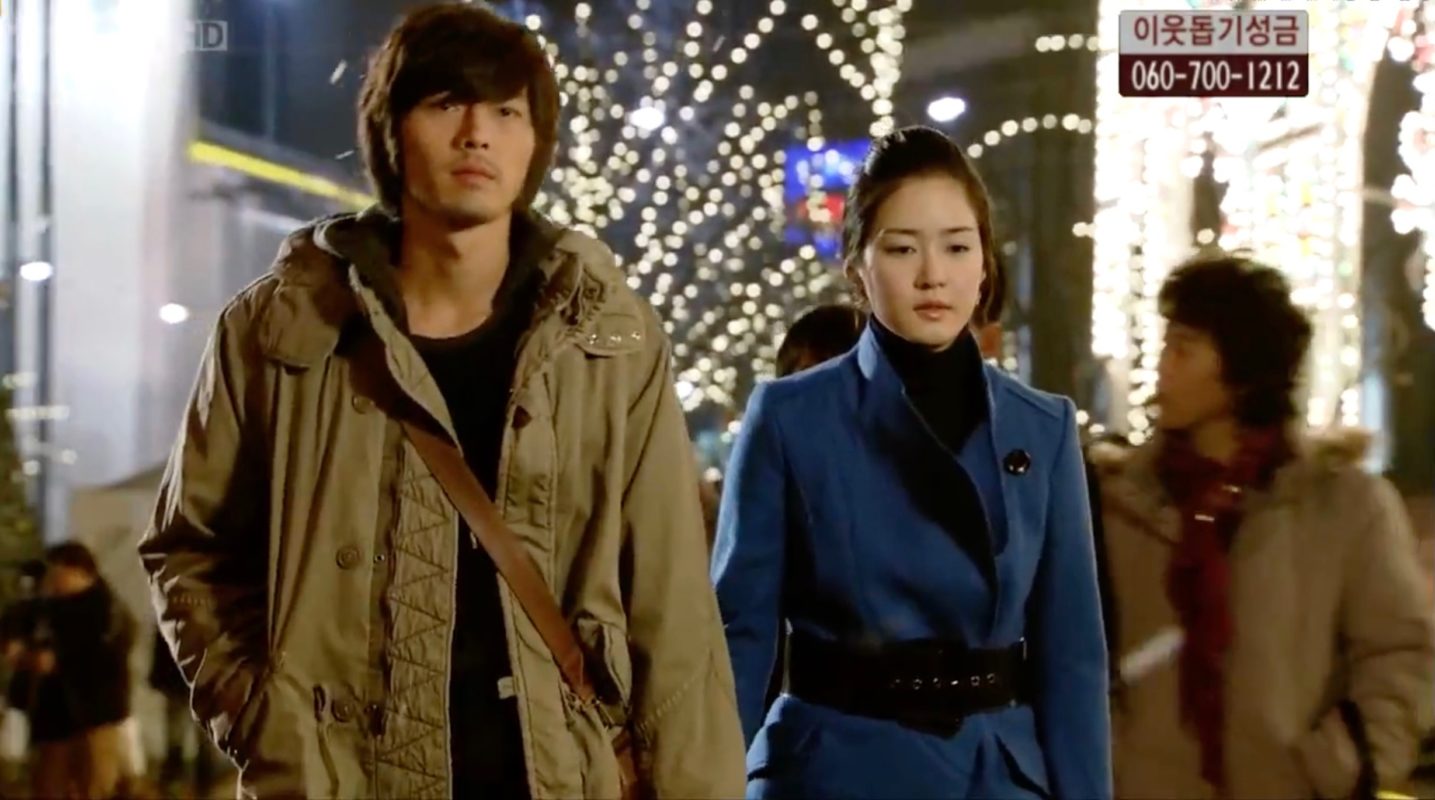 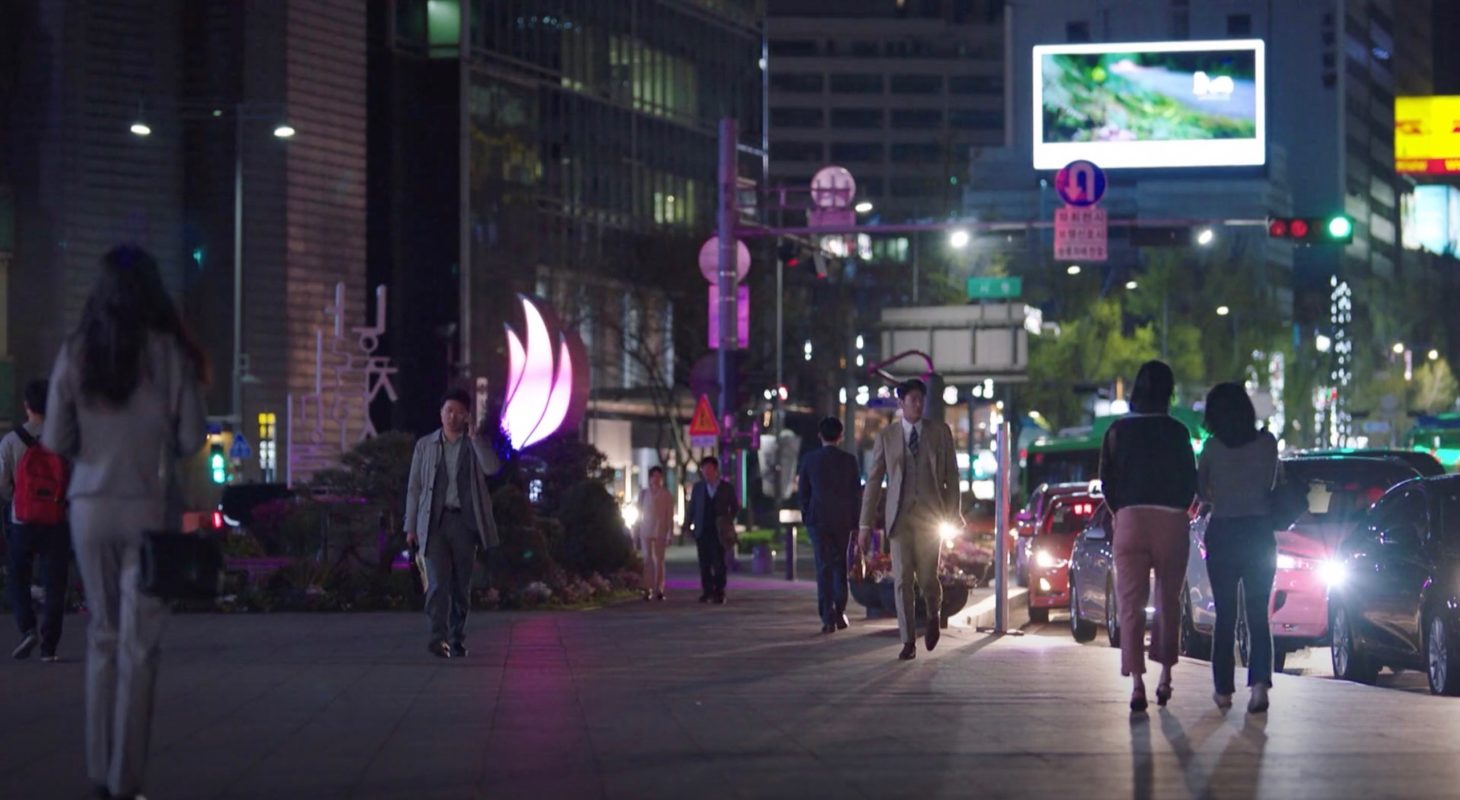 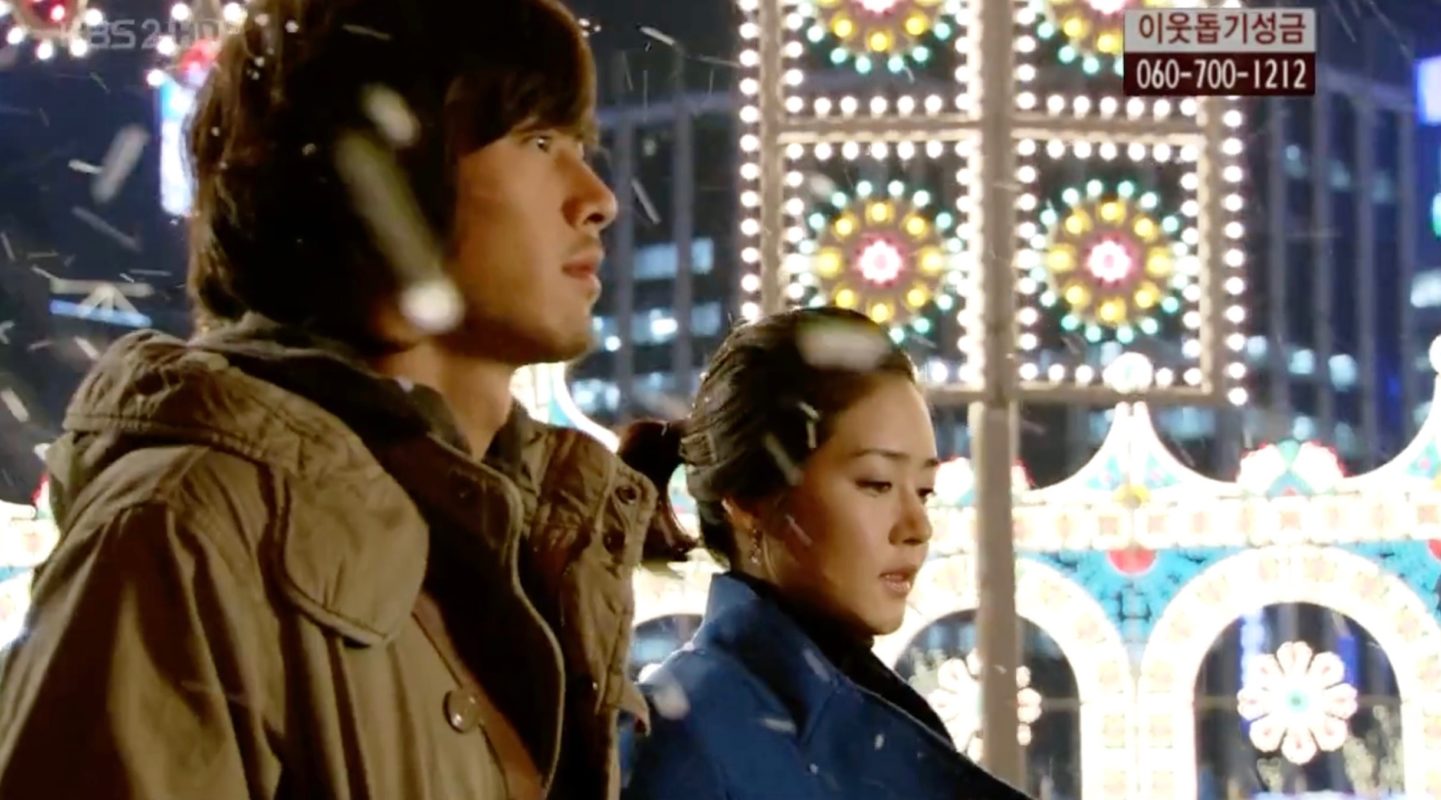 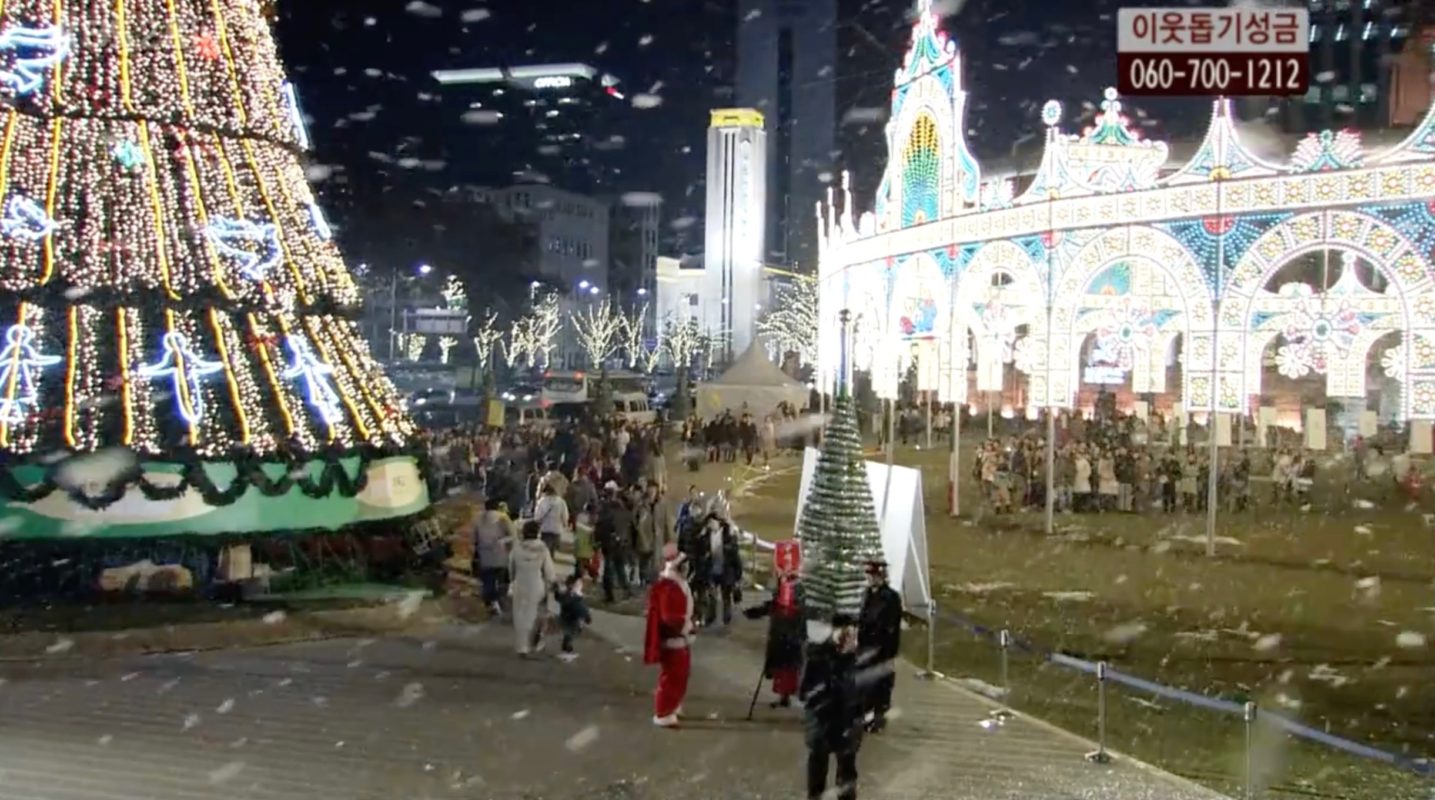 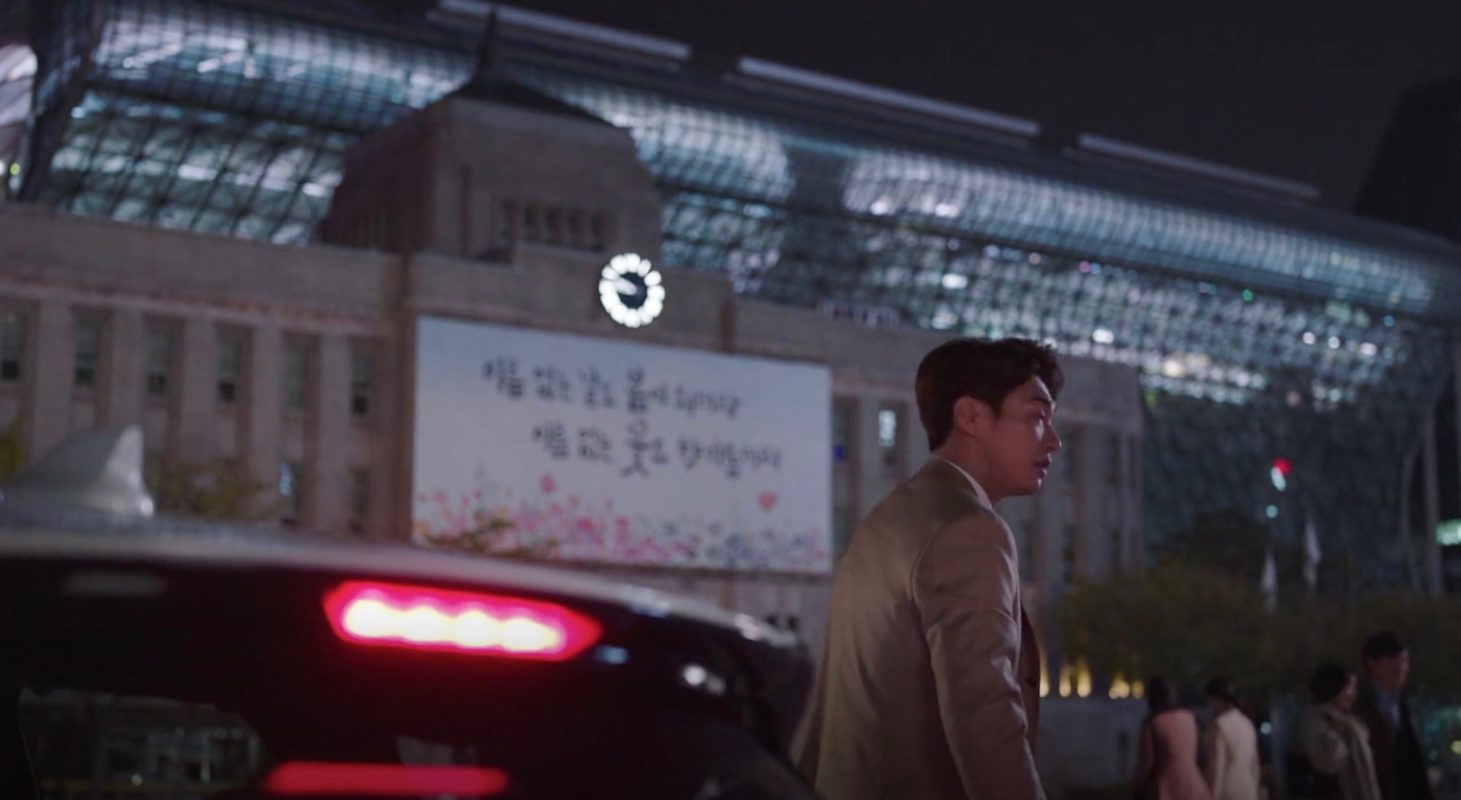 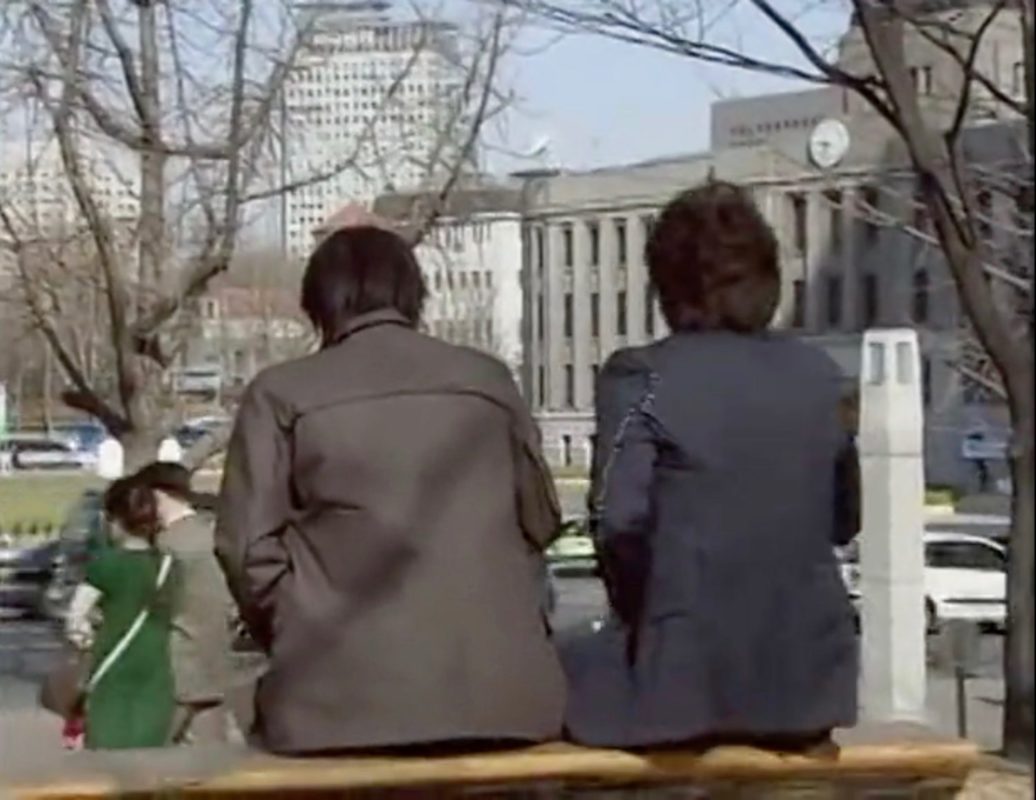 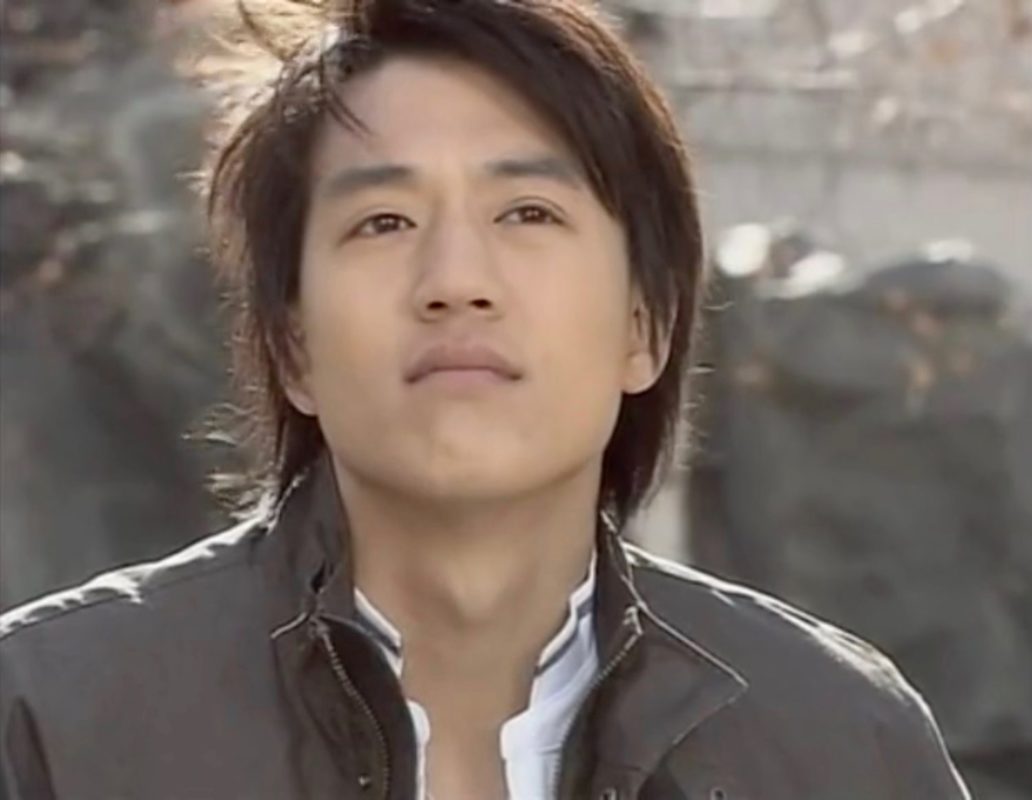 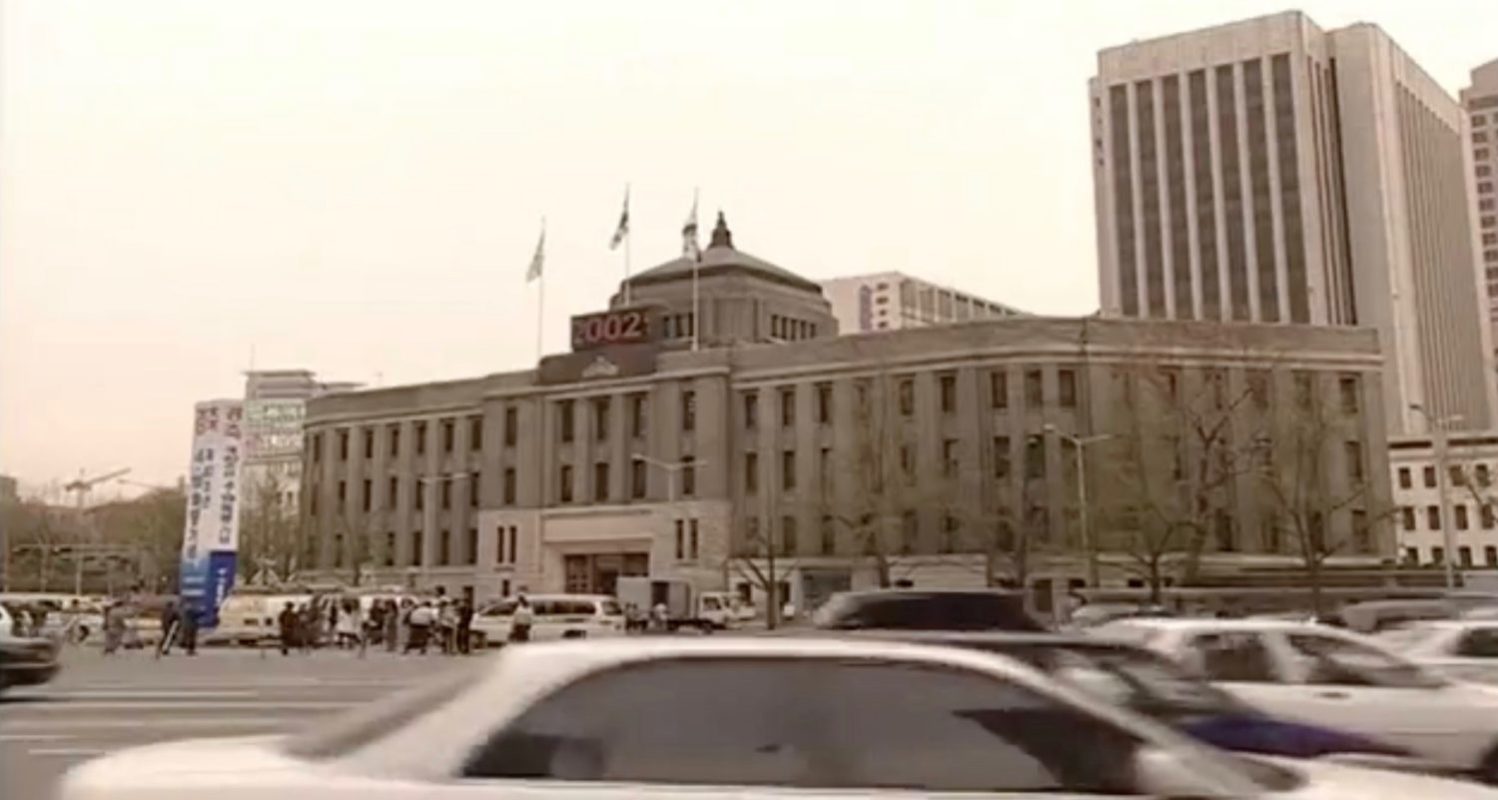 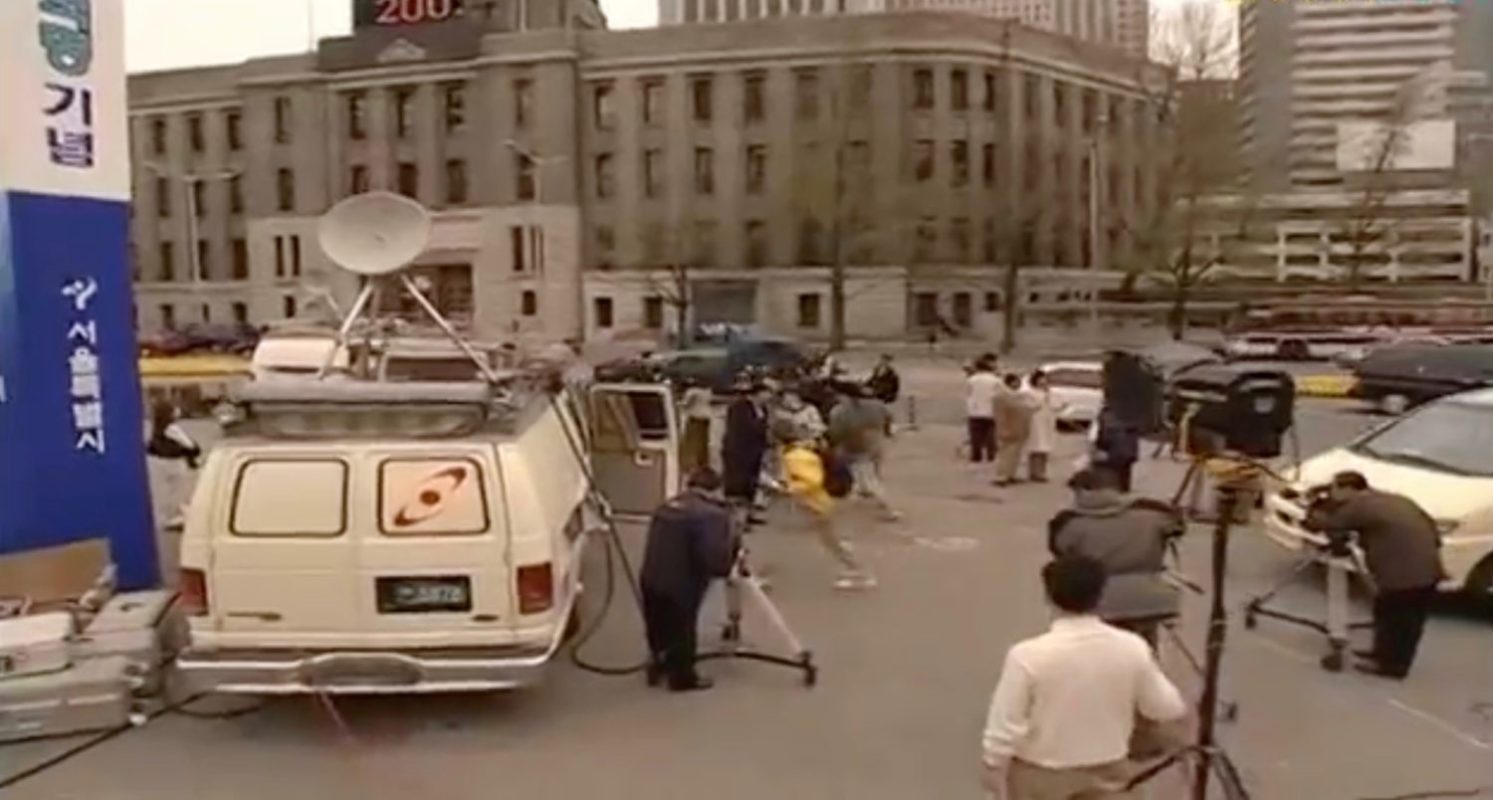 Do Min-ik (Kim Young-kwang) gets out of his car at this park and leaves his driver behind to run to his dinner appointment with his blind date at Kingdom Hotel in episode 6 (already seen at the beginning of episode 5) of The Secret Life of My Secretary/I Loved You From The Beginning/How to Train My Blind Boss (초면에 사랑합니다) (SBS, 2019).

Yeo Jin (Mina of AOA) represents her company at a book fair held at this park, in episode 1 of web-drama Wind-Bell / Punggyeong Scenery (풍경) (Naver TV, 2018).

Indie band One More Time, featuring lead singer Yoo Tan (Kim Myung-soo), has a dismal performance at this location in episode 1 of One More Time/The Day After We Broke Up (헤어진 다음날) (Netflix, 2016), with a drunk man coming to disrupt their set. On the other hand, girl group Showtime — featuring popular member Bo-yu (Ji-soo, formerly from TAHITI) — has a rousing response from fans.

Choi Seung-hee (Kim Rae-won) comes to this park with his best friend Sang-wook after the book signing event in episode 7 of Which Star Are You From/What Star Did You Come From?/Which Planet Are You From? (넌 어느 별에서 왔니) (MBC, 2006) and they have a heart-to-heart talk with Seung-hee’s thoughts drifting off to Kim Bok-shil (Jung Ryeo-won).

Seoul Plaza [서울광장], opened in 2004, is an elliptical-shaped public plaza that sits right in front of Seoul Metropolitan Library [서울도서관] and Seoul City Hall [서울특별시 청사], as well as vis-à-vis Deoksugung Palace [덕수궁]. It is located in Seoul’s neighborhood Myeong-dong [명동], in the Jung District [Jung-gu/중구].

Getting here
City Hall Station [시청역], Seoul Subway Line 1 and Line 2, Exit 5
Step out of the station and you are right there.
(2 min. walk)