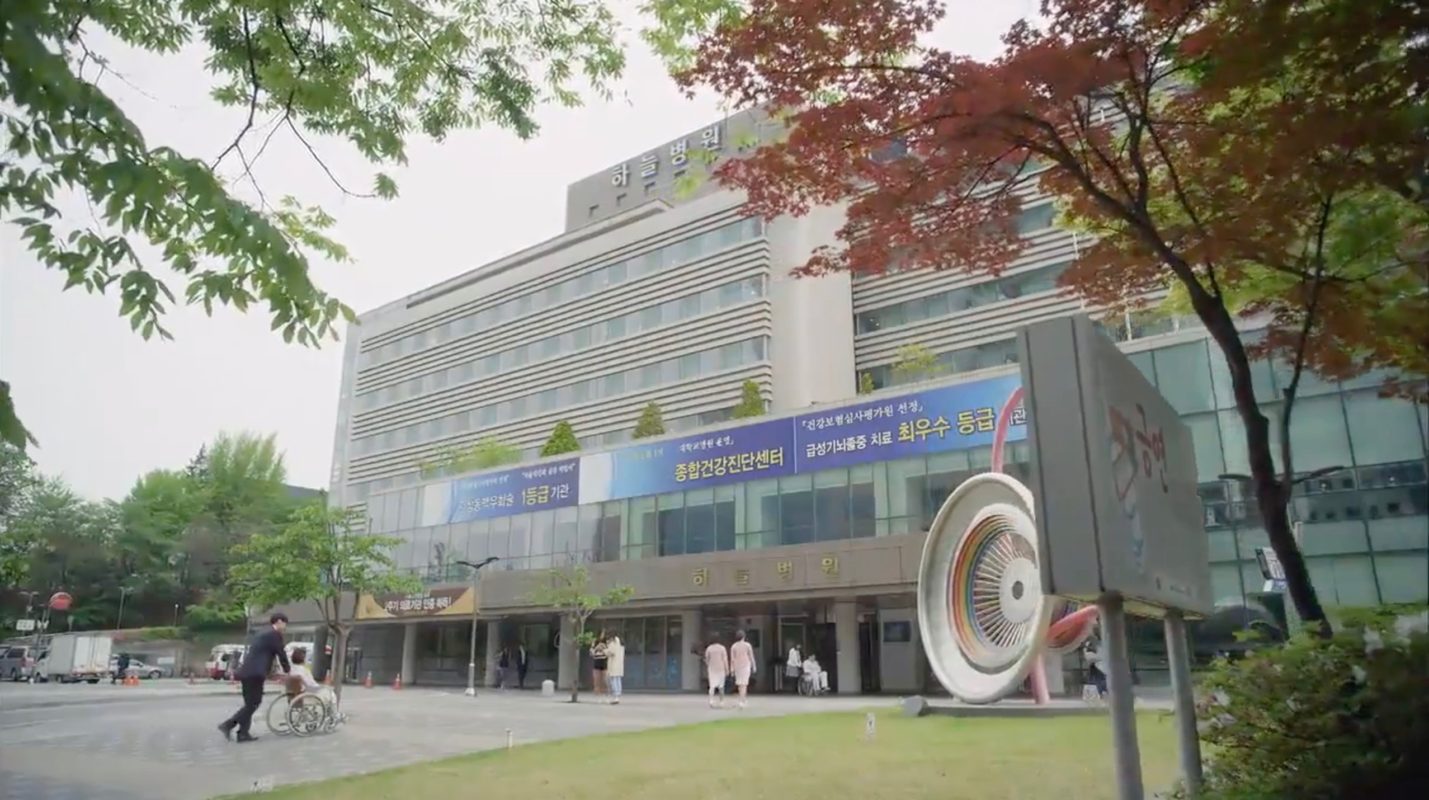 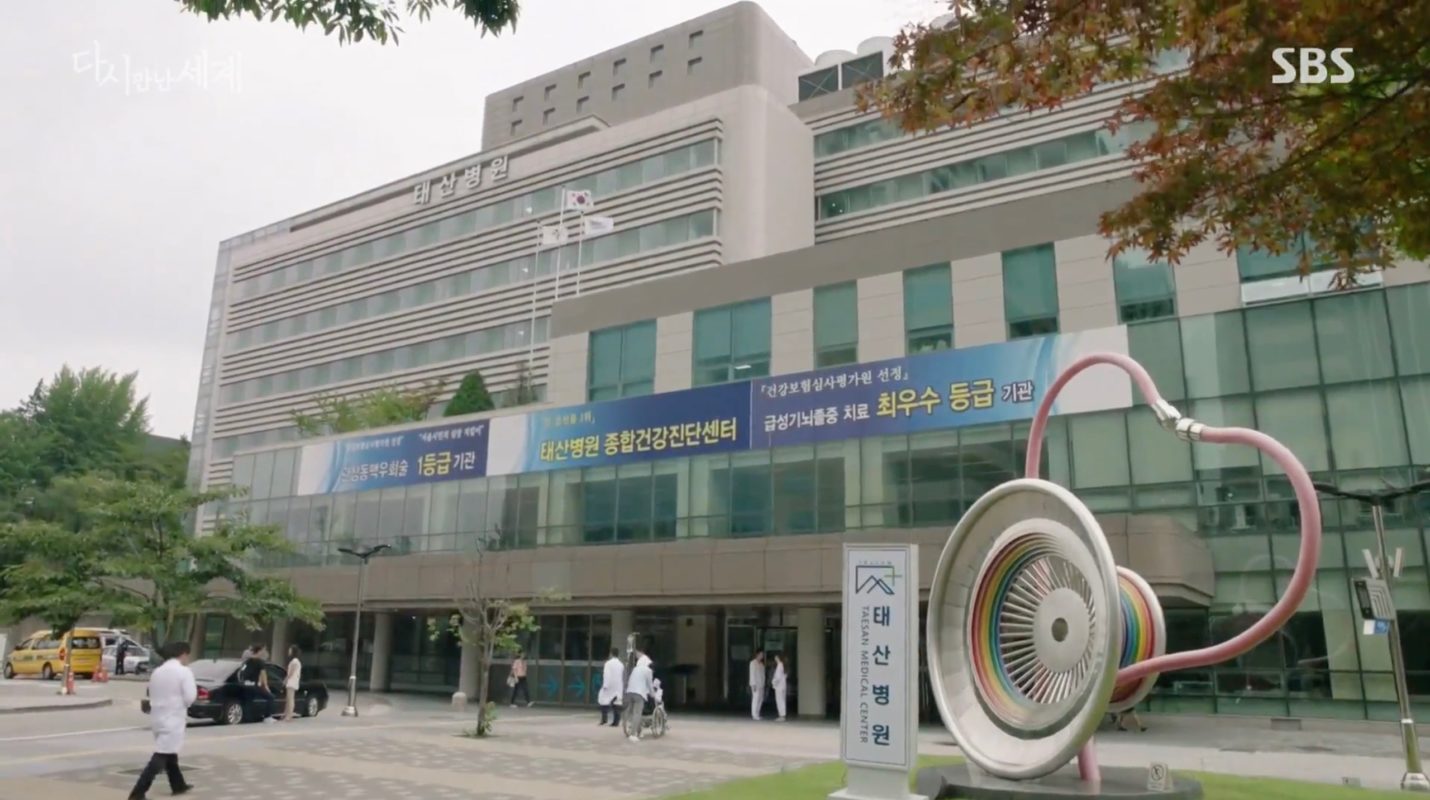 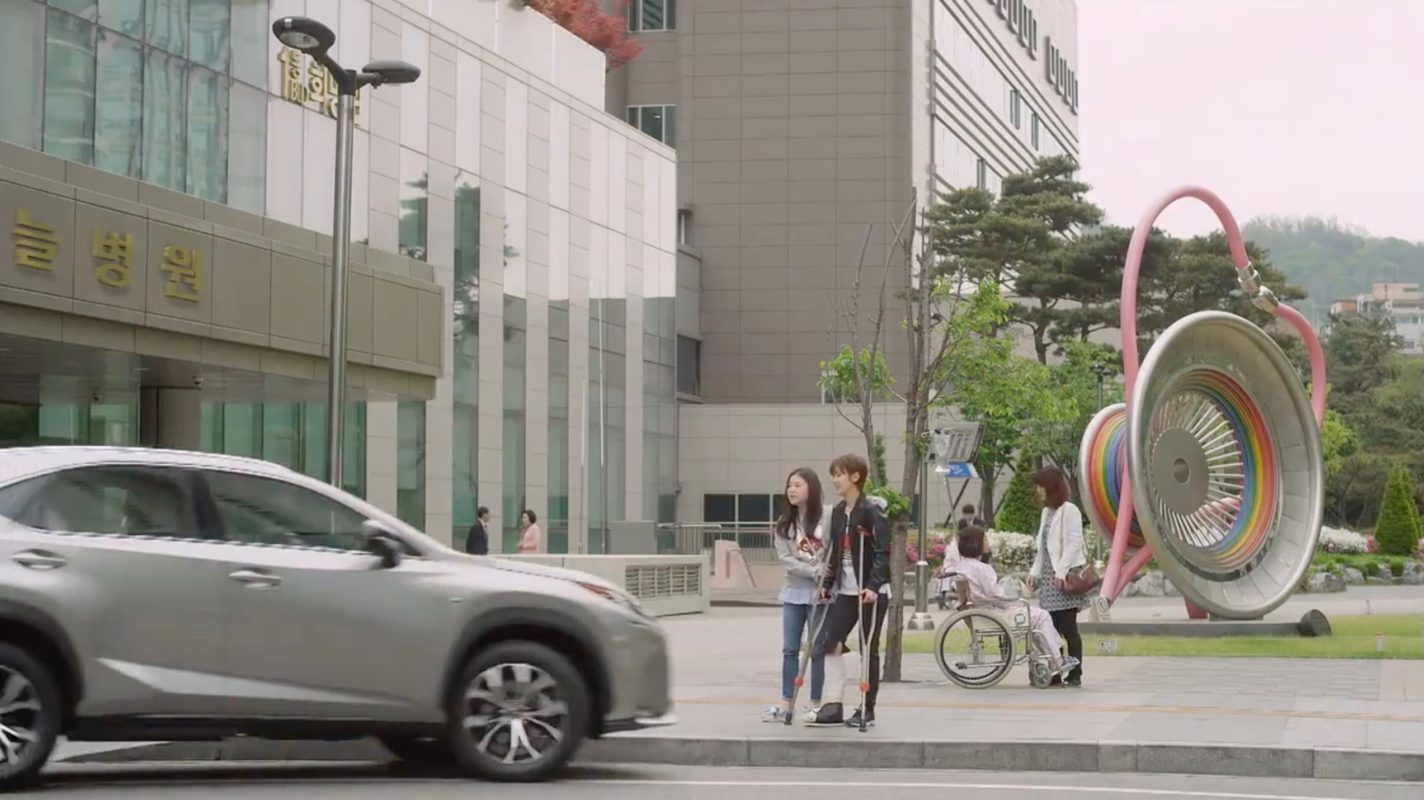 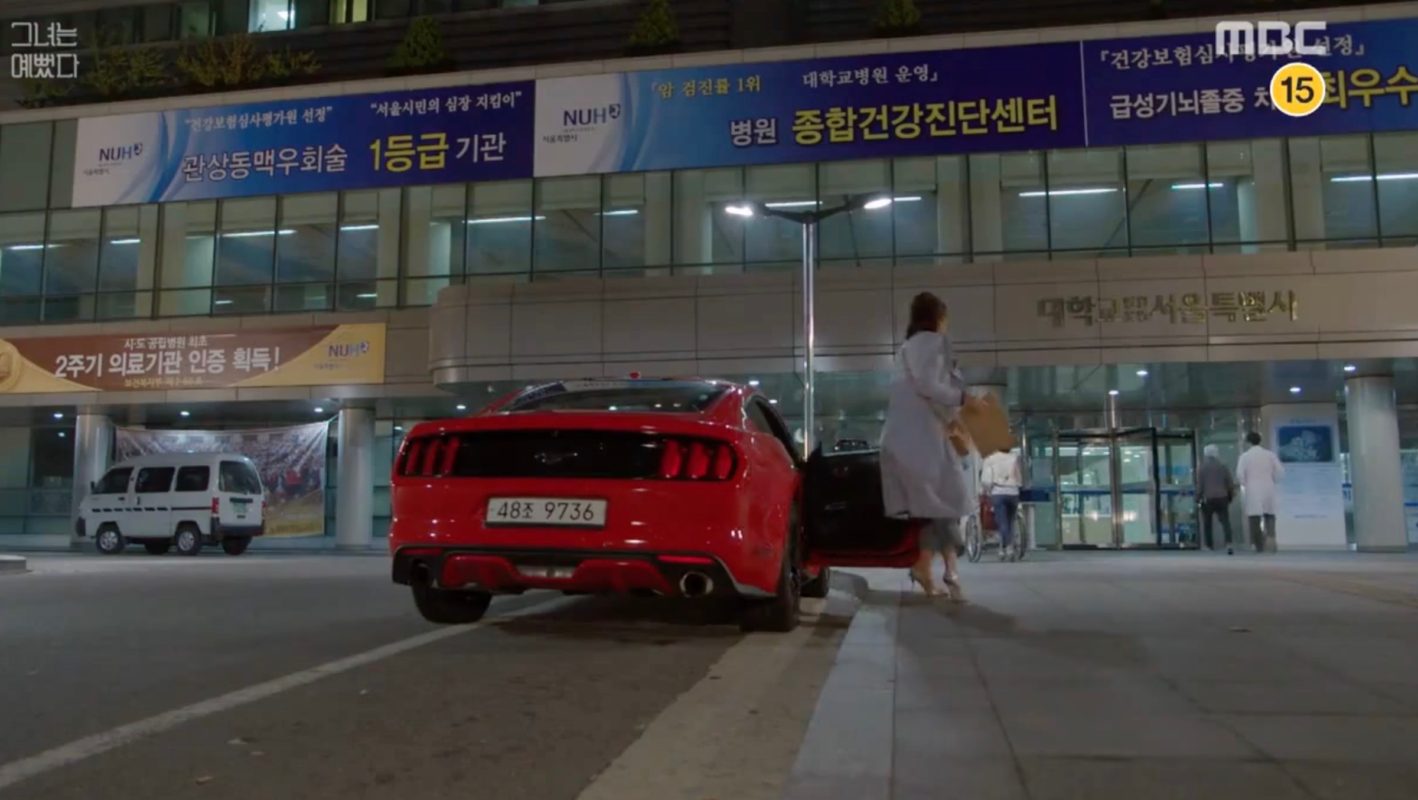 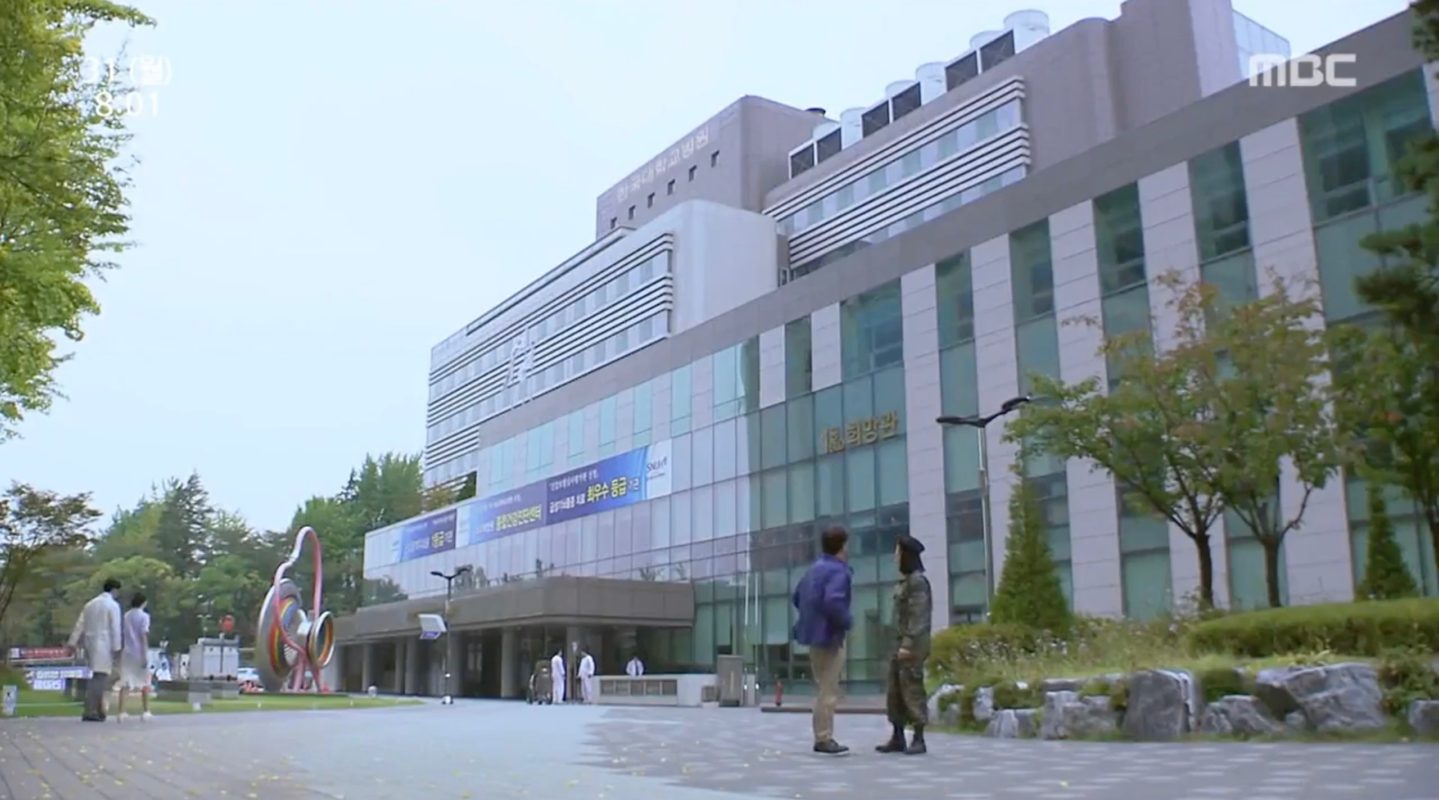 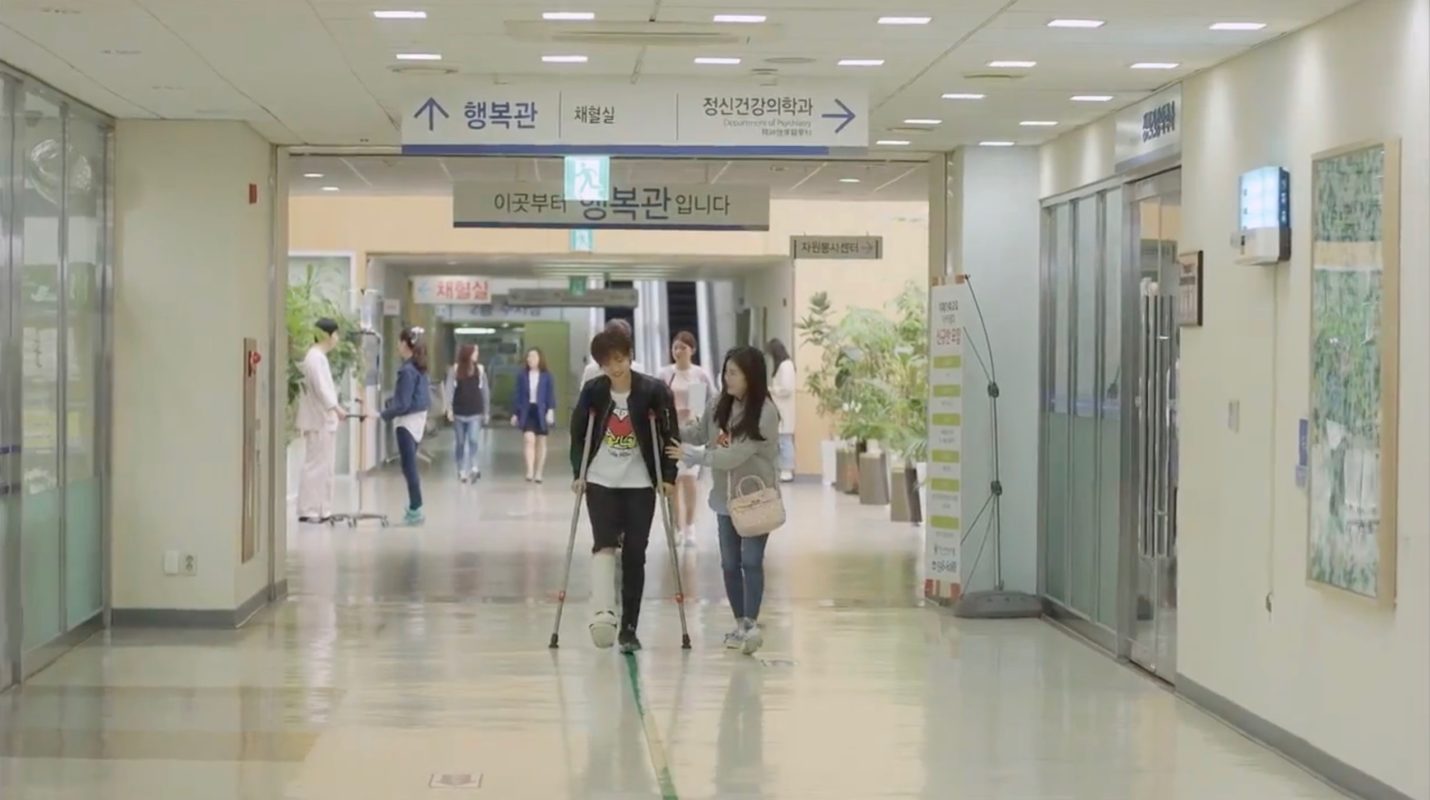 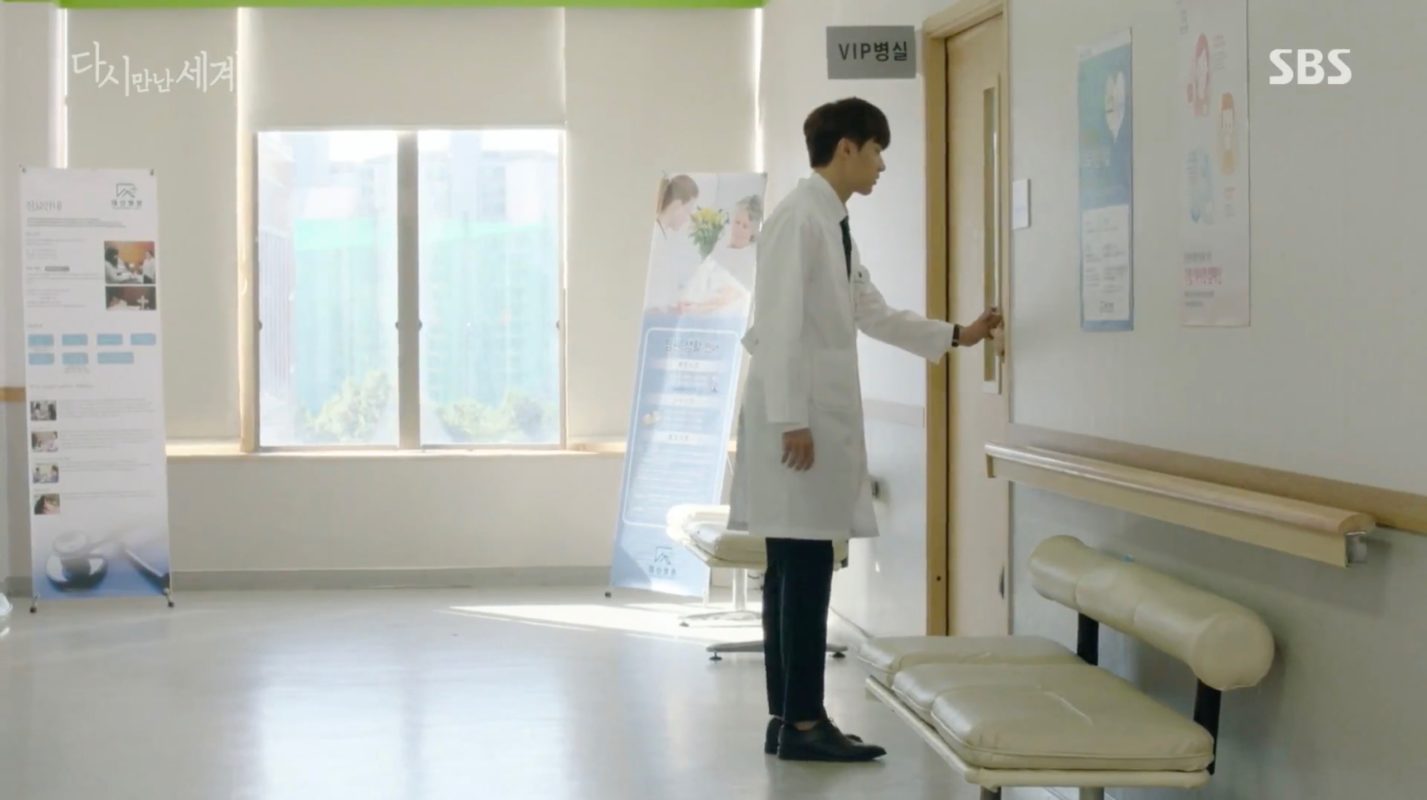 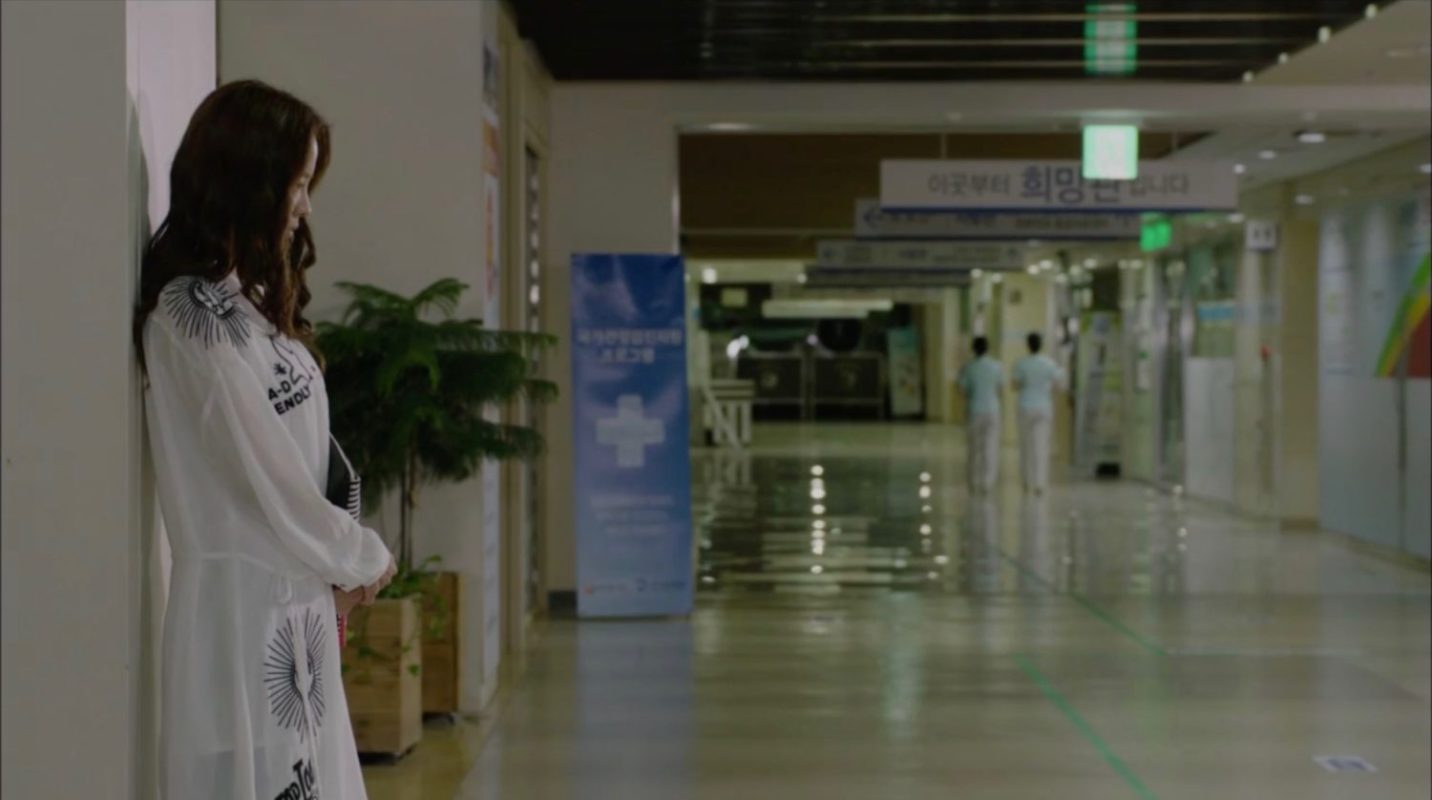 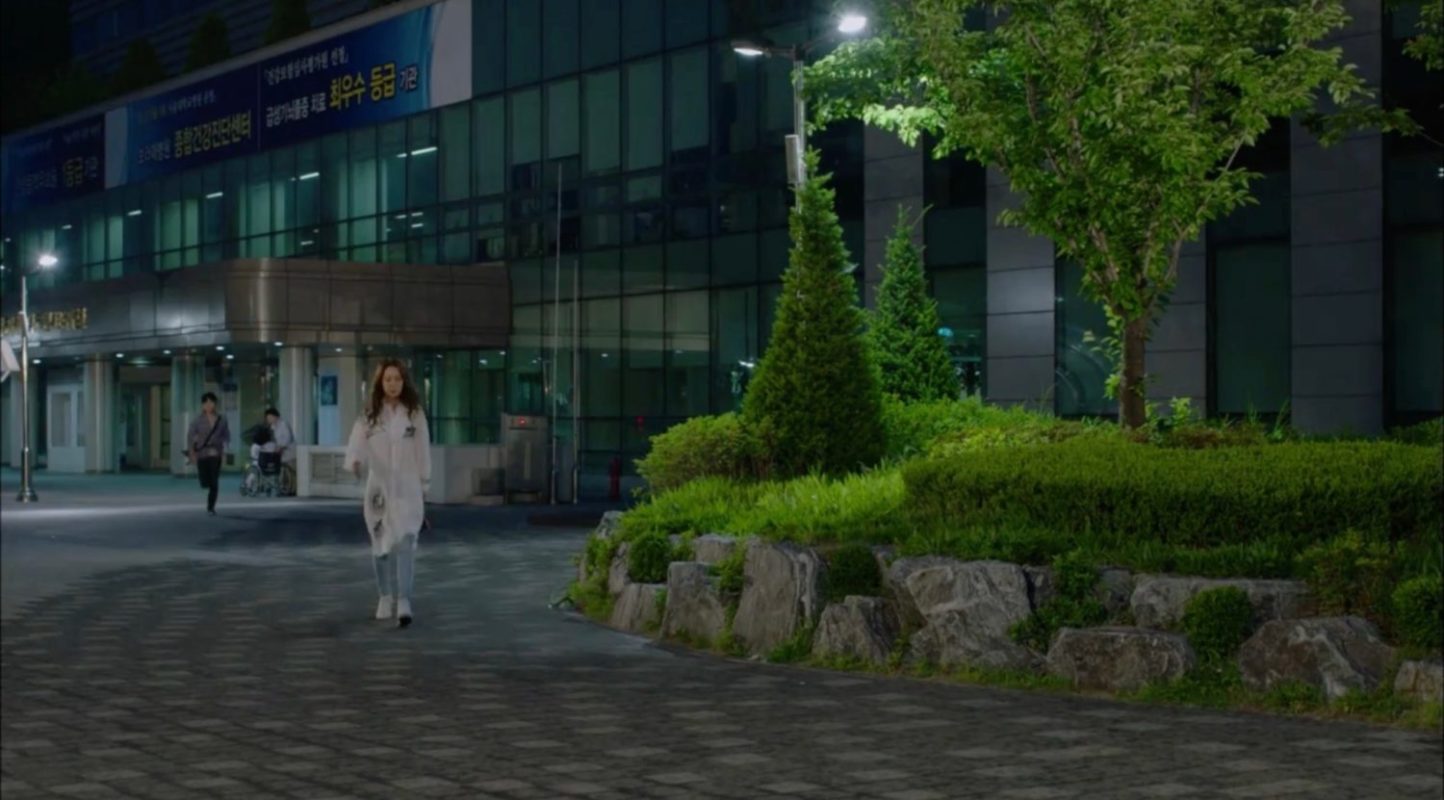 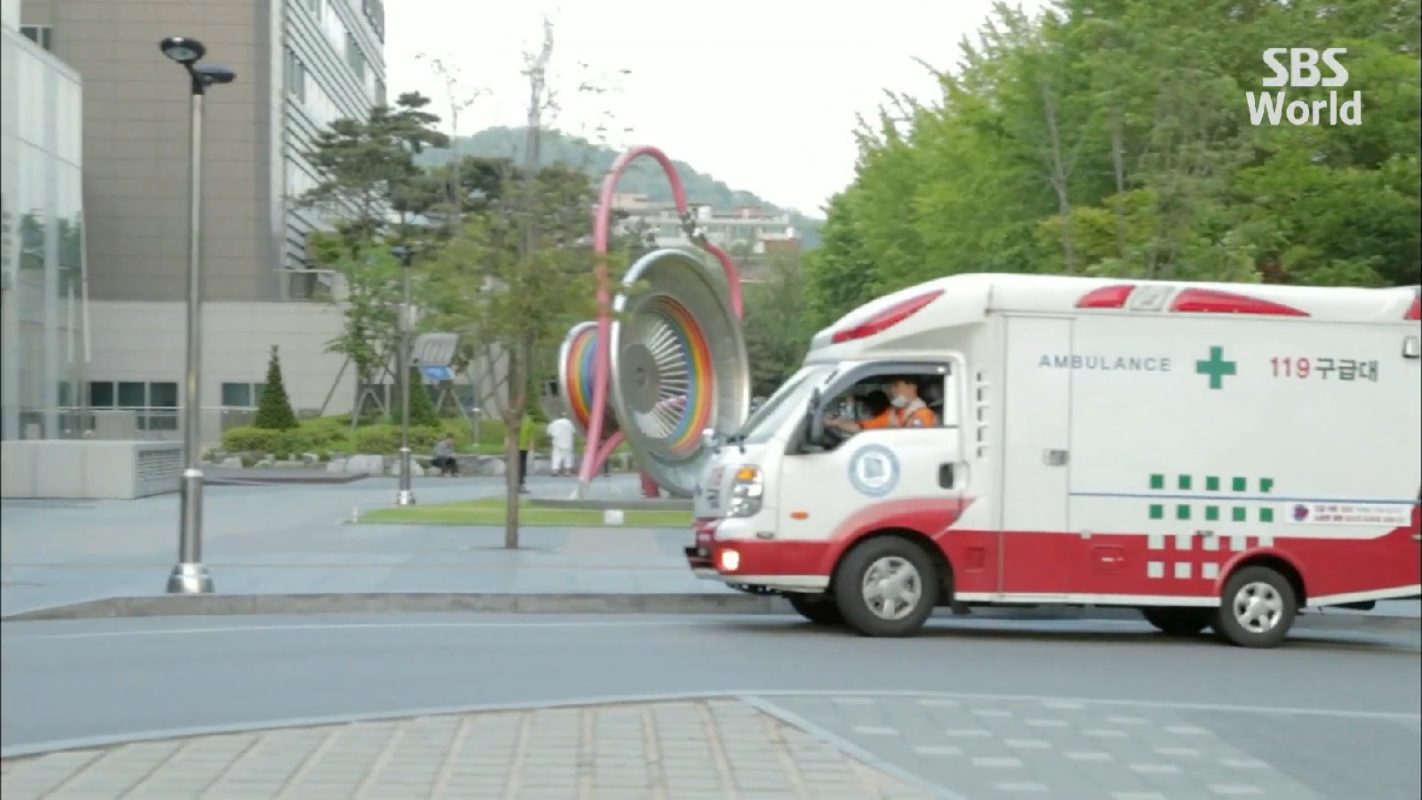 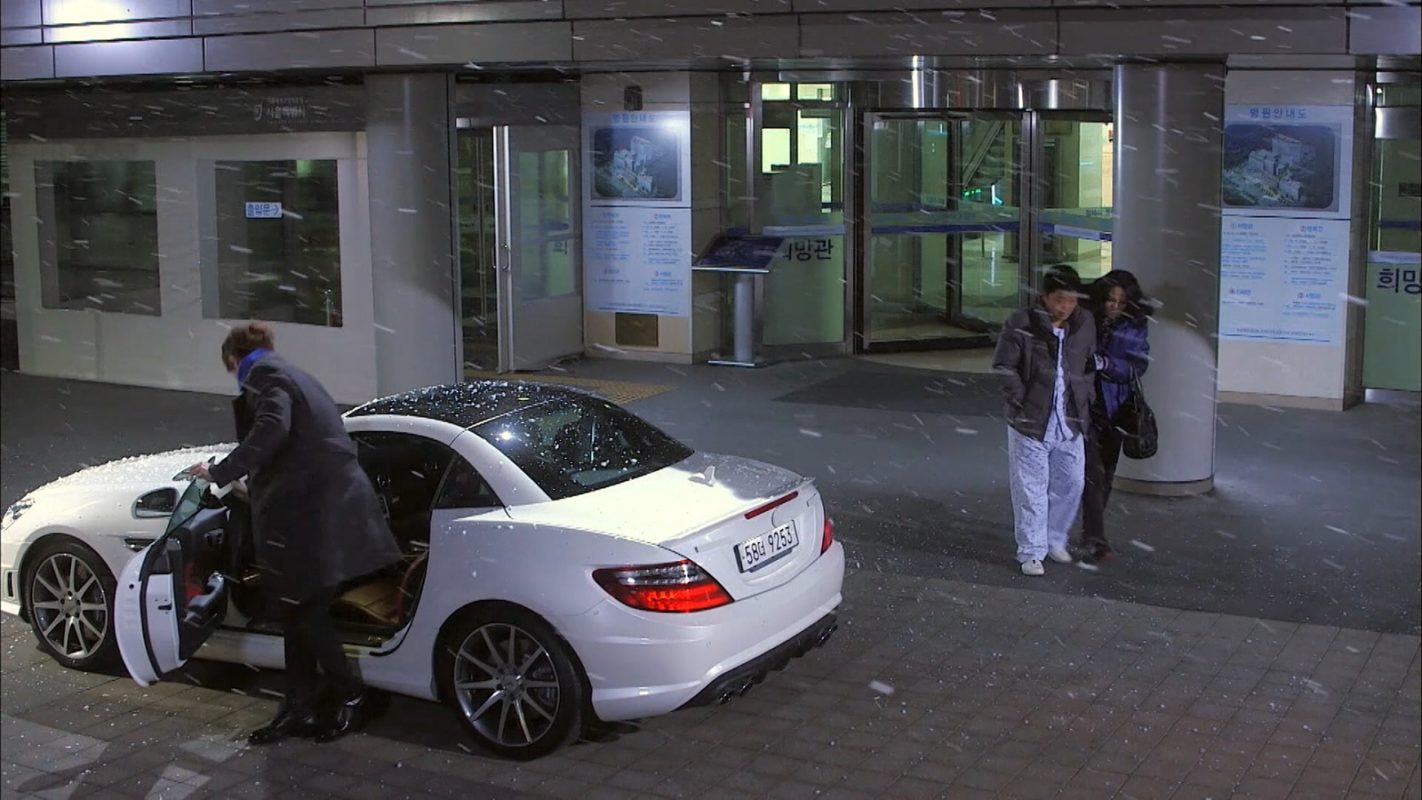 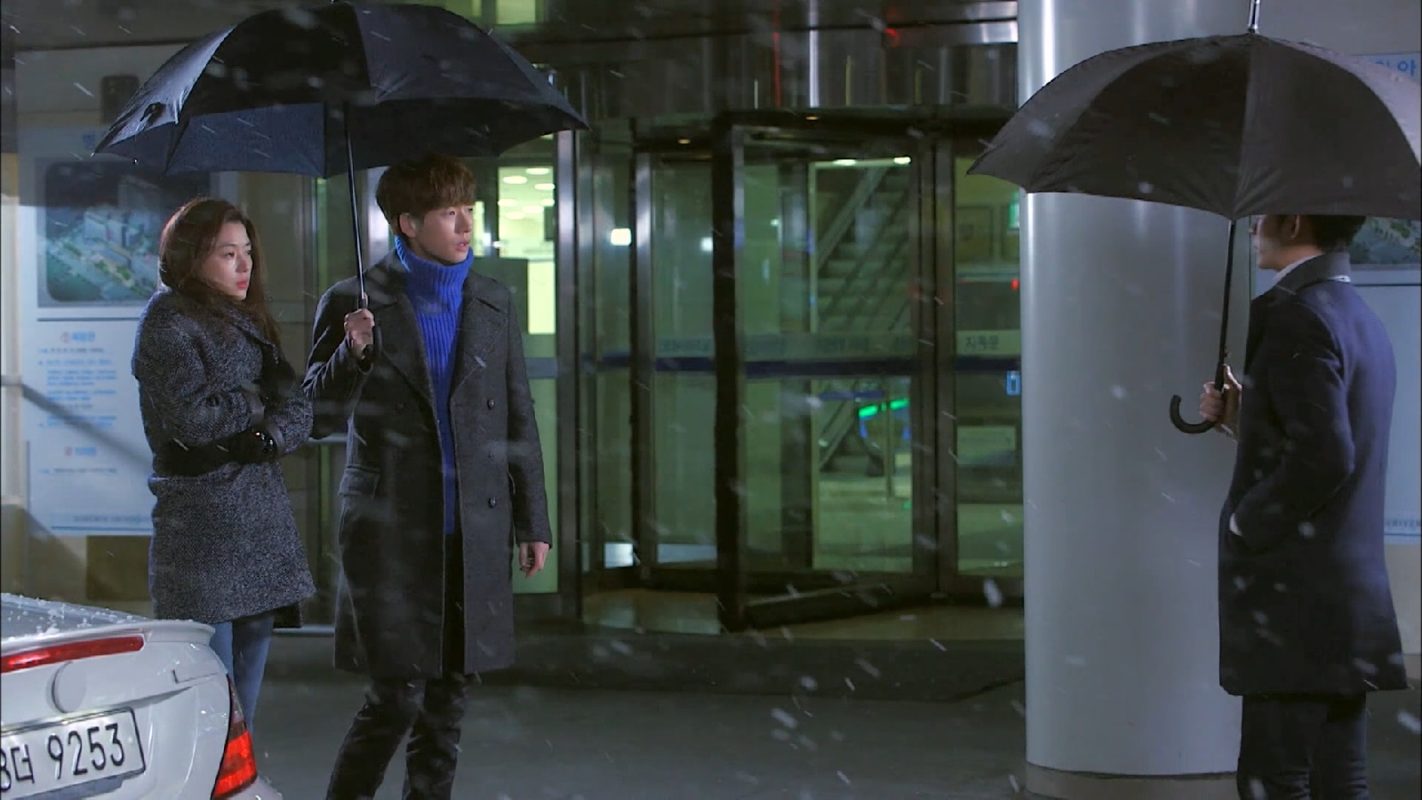 Sung Soo-ji (Kim Hye-joon) is admitted to this hospital that appears as ‘Taesan Medical Center’ in episode 36 of Reunited Worlds/Into the World Again (다시 만난 세계) (SBS, 2017) and Sung Young-in (Kim Ga-eun) learns about her illness.

Eun Ha-won (Park So-dam) is treated in this hospital in episode 9 of Cinderella and Four Knights (신데렐라와 네 명의 기사) (tvN, 2016) after she has slipped on a soap and knocked out; to her disbelief, she only has a minor concussion and a sprained angle.

Ji Sung-joon (Park Seo-joon) is also treated here after he has collapsed in episode 12 of She Was Pretty (그녀는 예뻤다) (MBC, 2015). Kim Shin-hyuk (Choi Si-won) brings Kim Hye-jin (Hwang Jung-eum) here as soon as she hears from the collapse. She goes to Sung-joon’s room, hugs him and they finally (gasp!) kiss.

Byeon Ji-sook’s (Soo Ae) mother was hospitalized here for a liver transplant in Mask (가면) (SBS, 2015). In episode 17, her mother dies in her presence because she couldn’t get a transplant in time – all because of Choi Mi-yeon’s (Yu In-young) interference.

When Kim Soo-jin (Song Ji-hyo) comes to visit Na Ji-A (Jang Ji-eun) at this hospital she finds her in much too close company of Bang Myeong-soo (Byun Yo-han) in episode 9 of Ex-Girlfriends’ Club/Ex-Girlfriend Club (구여친클럽) (tvN, 2015). She leaves the place and when being stopped outside of the hospital by Myeong-soo, she asks him whom he really loves and he answers with a kiss (all observed from afar by Ji-A).

Ki Ha-myeong’s (Lee Jong-suk) brother Ki Jae-myeong (Yoon Kyun-sang) is taken here in episode 9 of Pinocchio (피노키오) (SBS, 2014-15) after his accident. With only minor injuries he is released pretty quickly. Choi In-ha (Park Shin-hye) tries to interview him when he is leaving the hospital and Ha-myeong interrupts the interview.

In episode 13 of Angel Eyes (엔젤아이즈) (SBS, 2014), Yoon Soo-wan (Ku Hye-sun) and Park Dong-joo (Lee Sang-Yoon) deliver a heart for transplant to this hospital when the original ambulance was damaged in a car accident.

In episode 8 of My Love from Another Star/My Love From The Star/You Who Came From the Stars (별에서 온 그대) (SBS, 2013-14), Lee Hee-kyung (Park Hae-jin) takes Cheon Song-yi (Jun Ji-hyun) back to this hospital after her car nearly fell off a cliff. When they run into Do Min-joon (Kim Soo-hyun) at the entrance, Cheon Song-yi asks him if he’d been at the cliff at that moment.

Seoul National University Boramae Medical Center [서울특별시 보라매병원], or short SMG-SNU Boramae Medical Center, is one of the four branches of Seoul National University Hospital [서울대학교병원]. It is located in Seoul’s neighborhood Sindaebang [Sindaebang-dong/신대방동] in the Dongjak District [Dngjak-gu/동작구]; just next to Boramae Park [보라매공원]. It is easily recognizable because of the stethoscope sculpture near the entry.

This hospital was originally established on June 18, 1955 under the name of ‘Seoul Municipal Yeoungdungpo Hospital’. In 1987 it became the Seoul National University Hospital and was relocated to its contemporary site in 1991 which engineered also a name change to ‘SMG-SNU Boramae Medical Center’. The hospital consists of four buildings — the Main Building, the Annex Building, the East Building and New Building — the latter being completed in 2014.

— submitted by Marion KDL; last updated 15/06/2022
— While You Were Sleeping added by Monica
— My Love From Another Star; Angel Eyes added by GGRIP