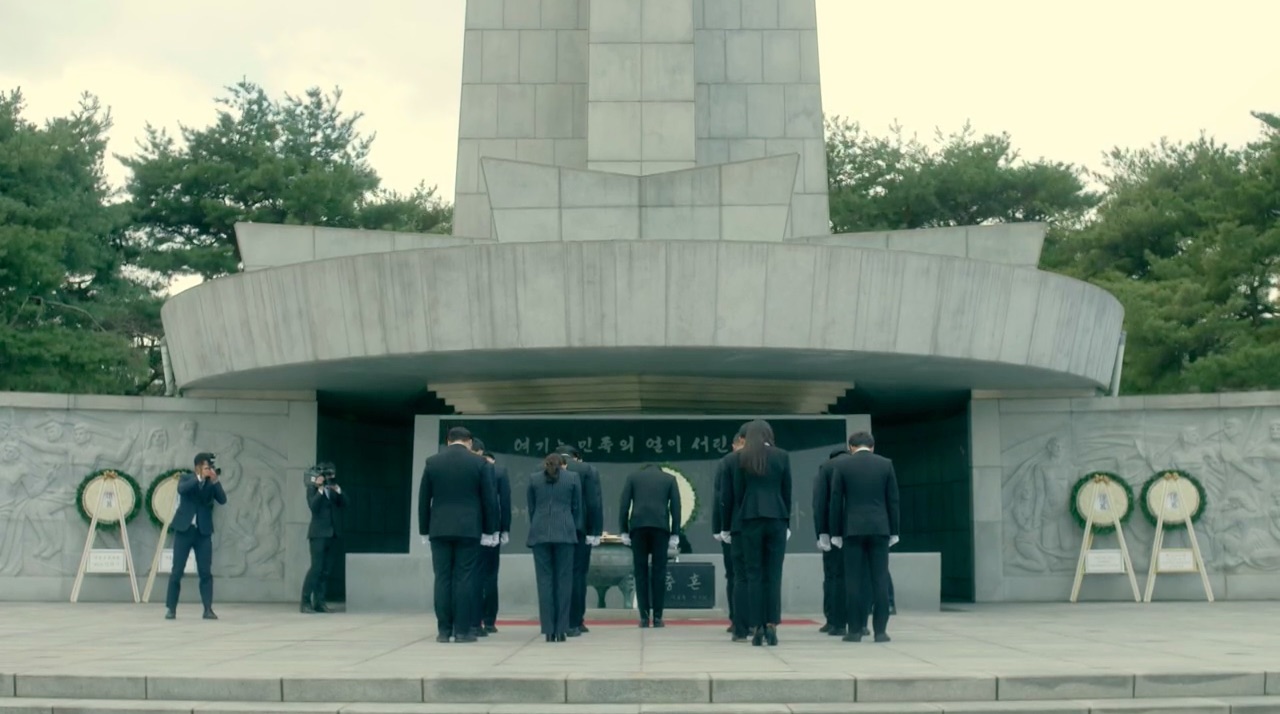 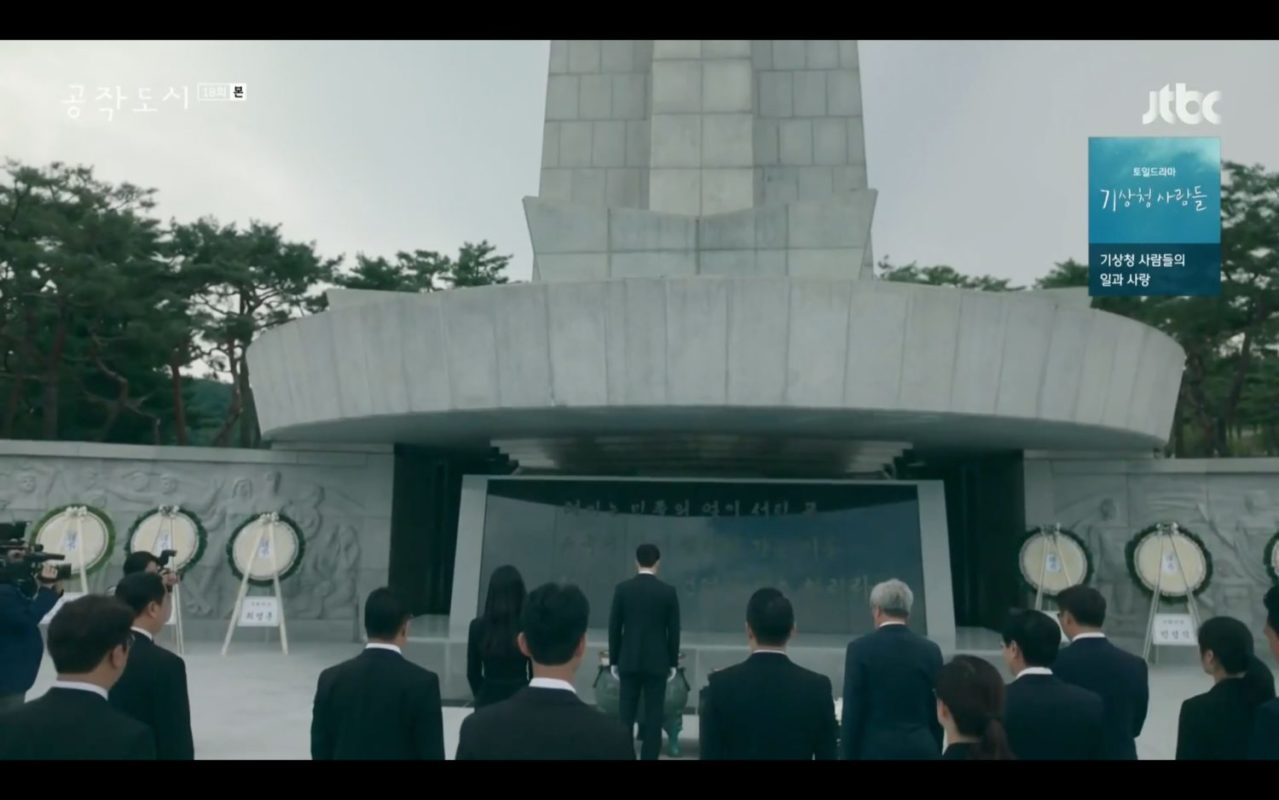 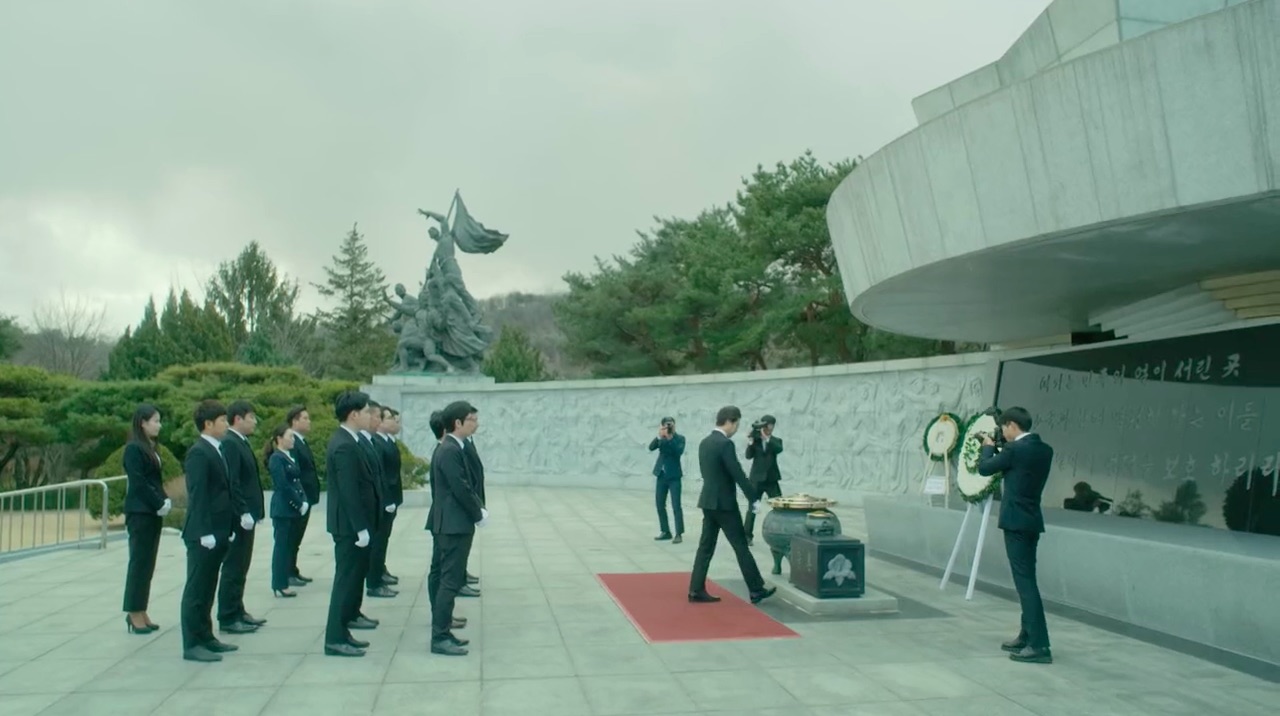 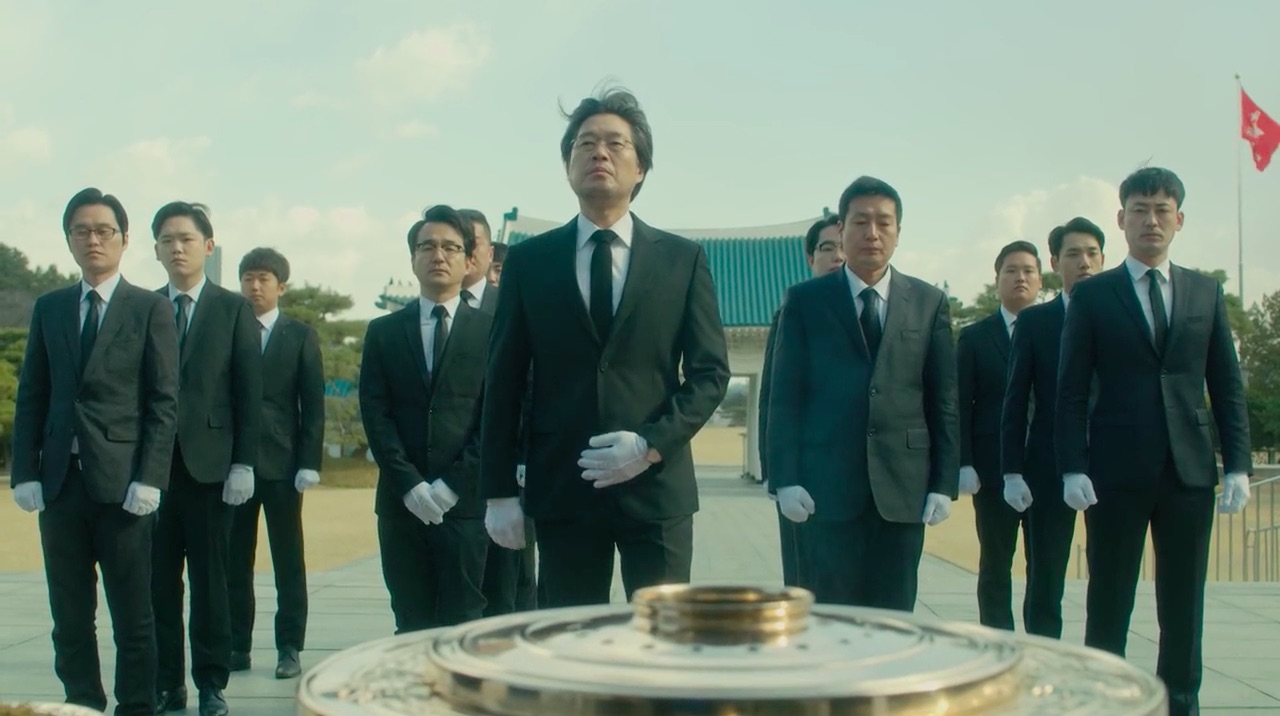 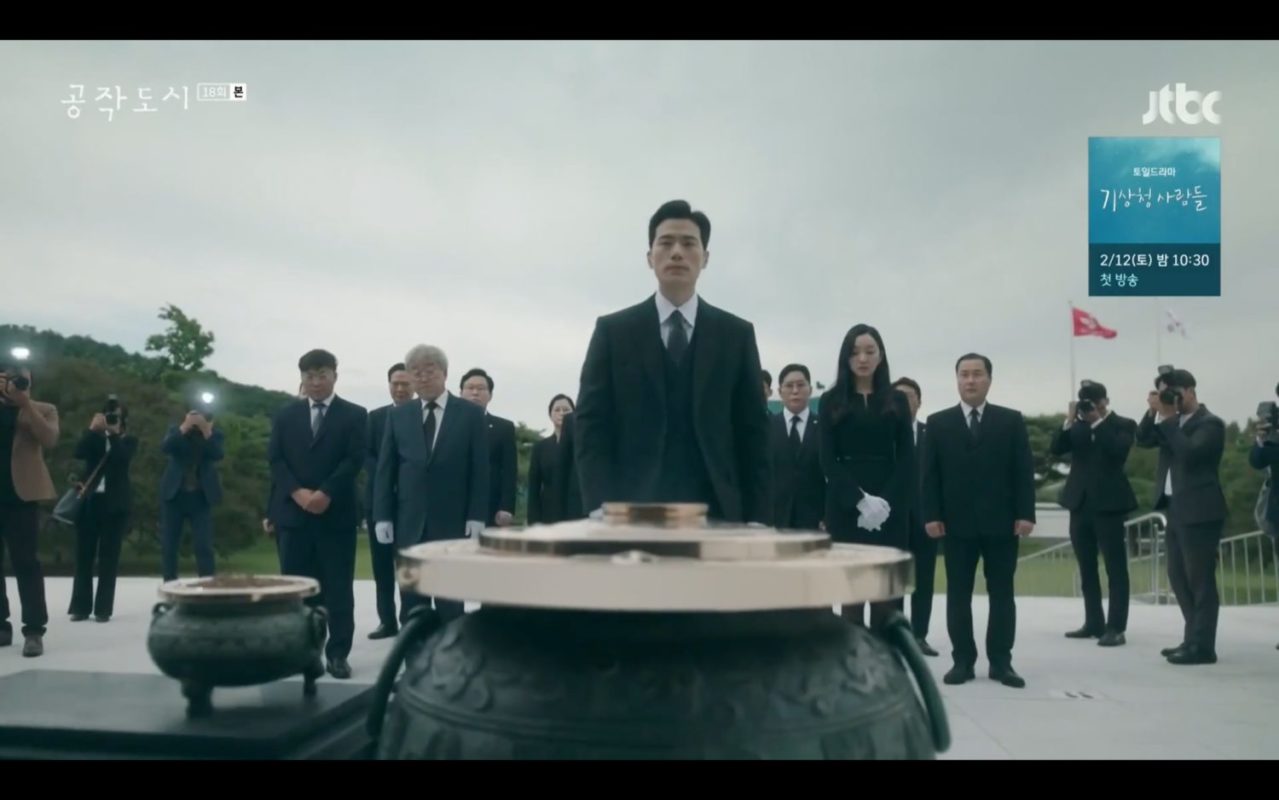 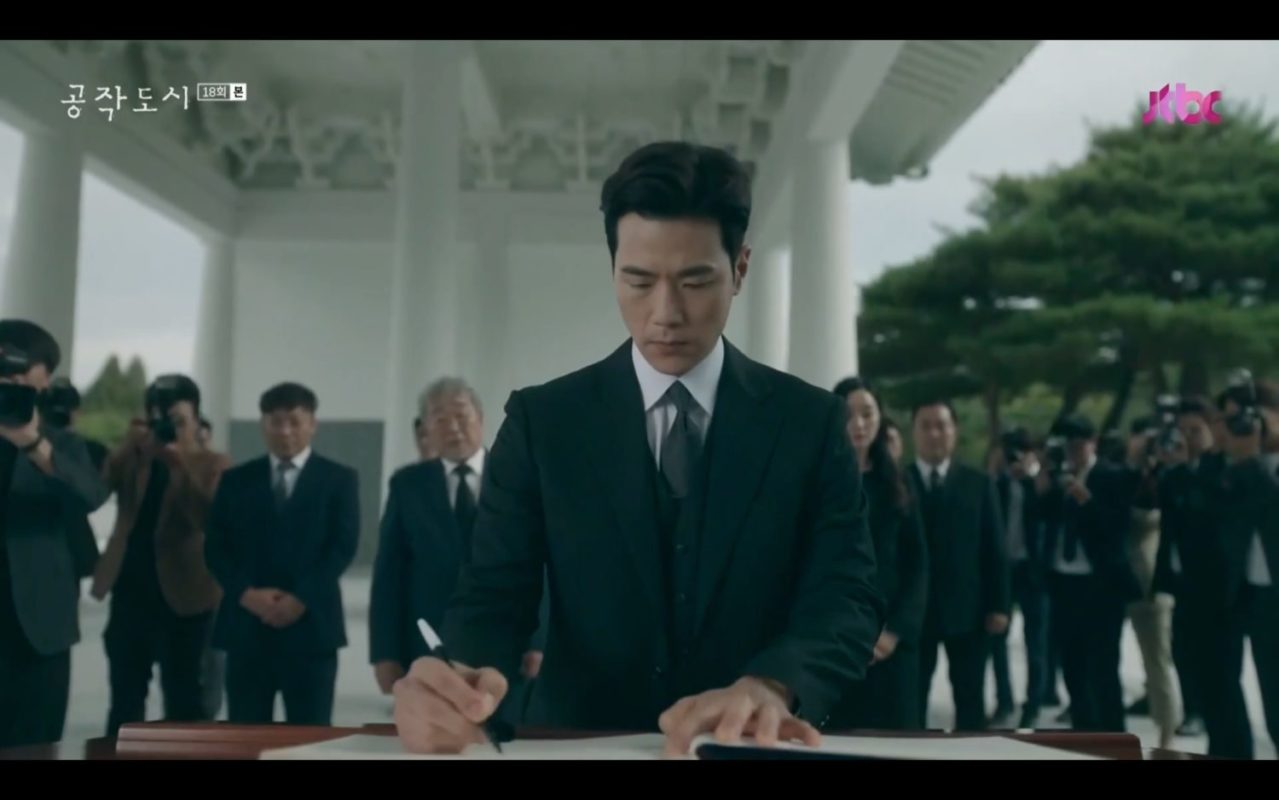 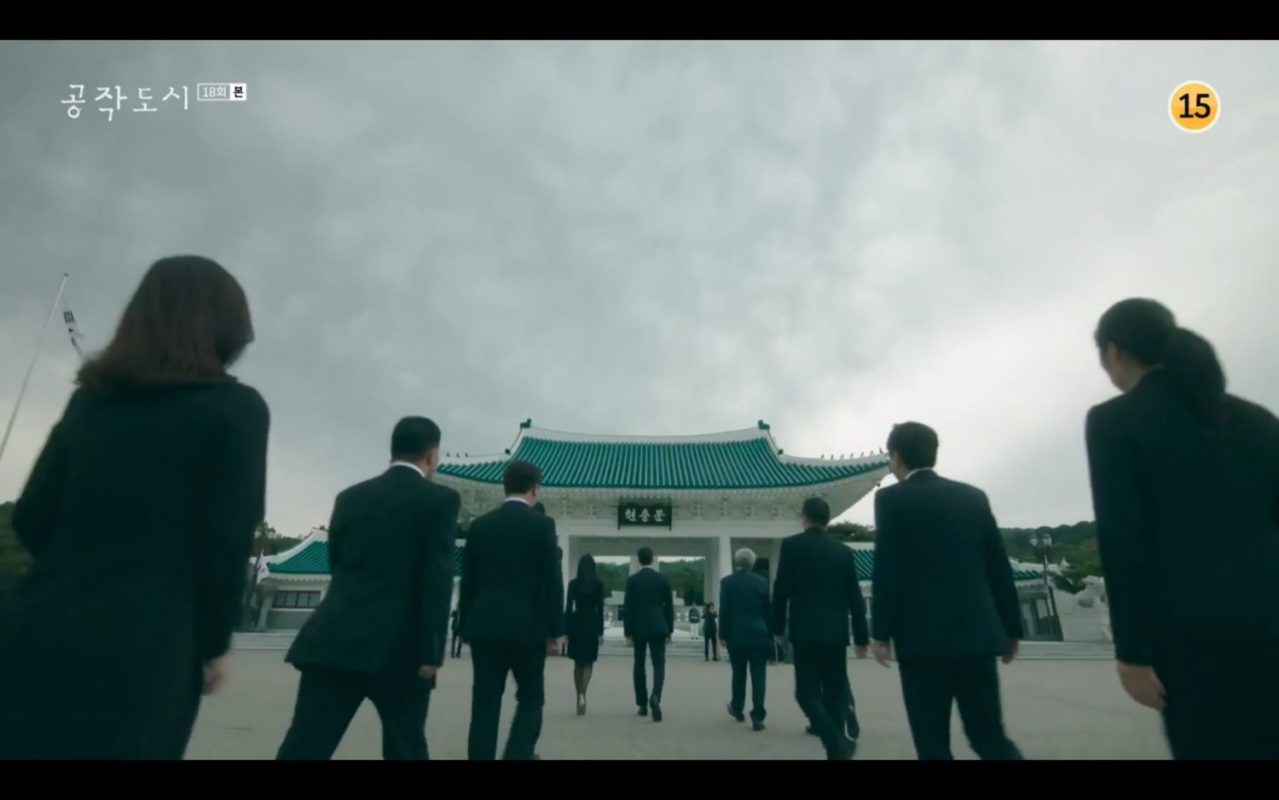 Assemblyman Lee In-soo (Jo Young-jin) comes here as a first stop on his official agenda in episode 2 of Why Her/Why Oh Soo-jae (Wae Osujaeinga/왜 오수재인가) (SBS, 2022) and gets an envelope delivered when leaving the cemetery.

On the first day of his campaign, Minjin Party assemblyman candidate Kang Soo-il comes here in episode 12 of My Fellow Citizens!/Fellow Citizens (국민 여러분!) (KBS2, 2019) to pay his respects at the Hyunchungtap Memorial Tower (현충탑).

Established in 1956, Seoul National Cemetery [서울국립현충원] is a military cemetery and memorial to commemorate those who valiantly lost their lives in Korea’s independence struggle and in the Korean War, located in Seoul’s neighborhood of Dongjak [Dongjak-dong/동작동], in the Dongjak District [Dongjak-gu/동작구]. Notable figures laid to rest there include past Presidents like Syngman Rhee and Kim Dae-jung. The cemetery is open to the public, except for certain designated days.