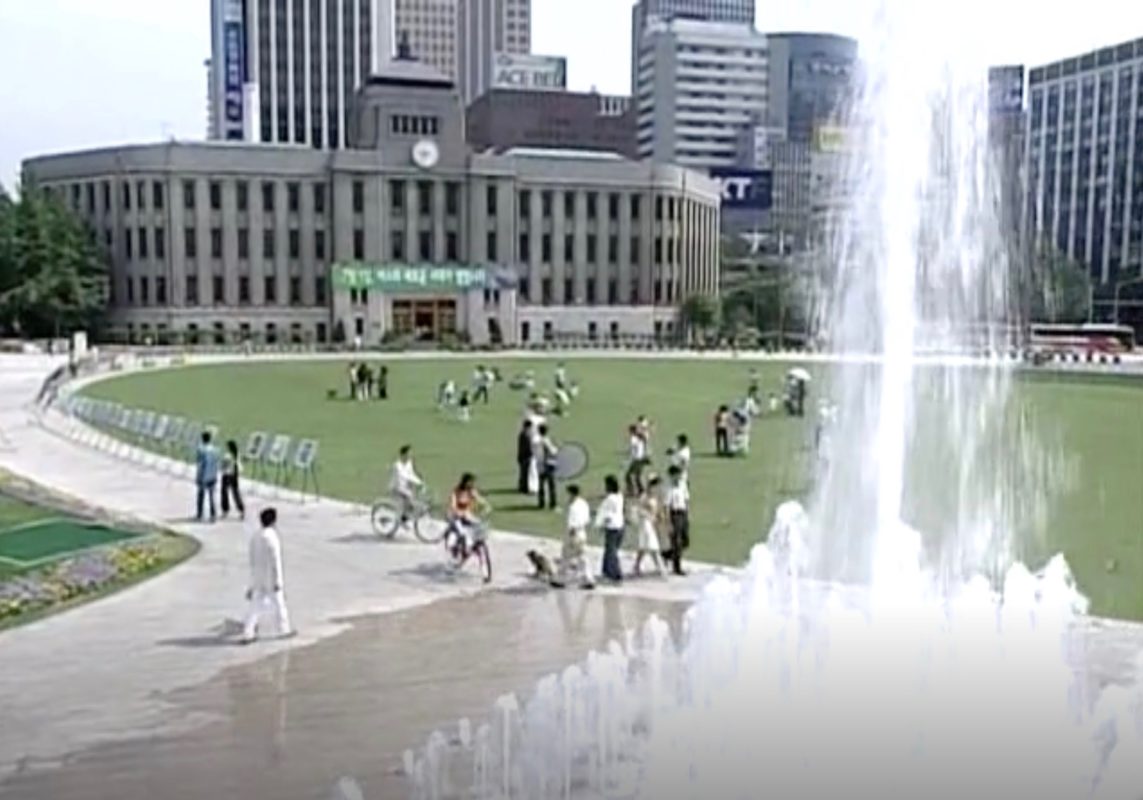 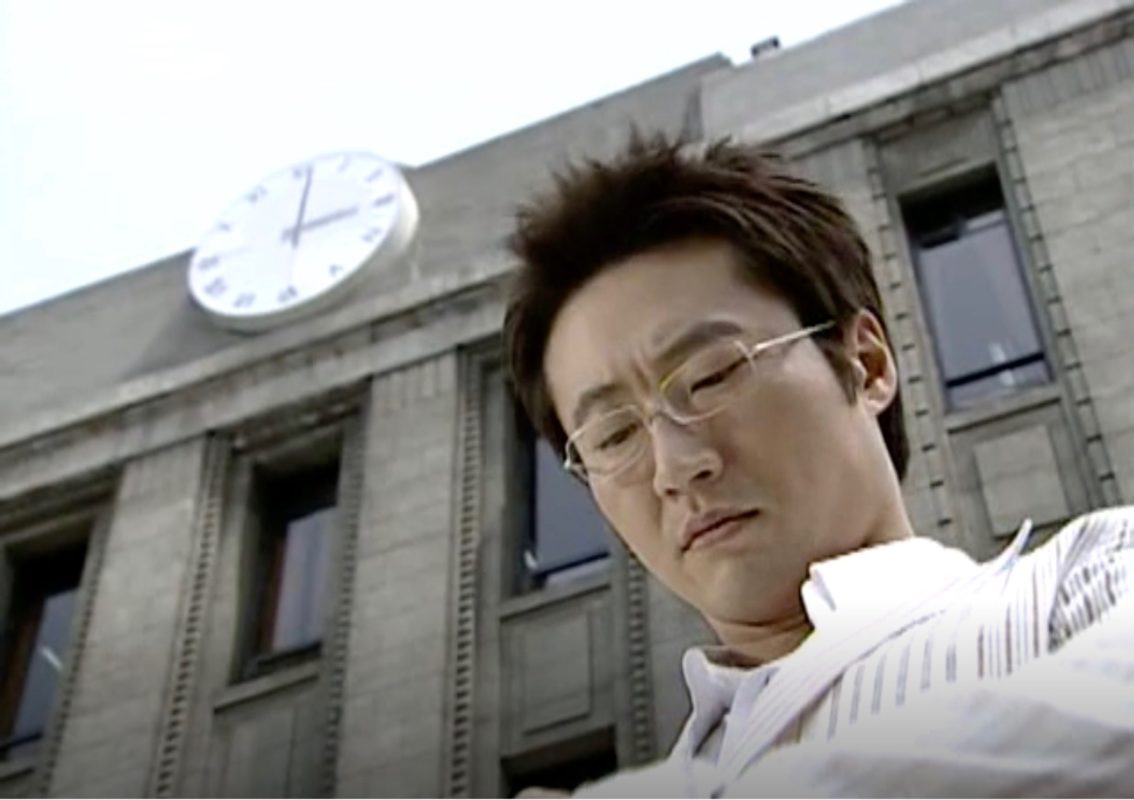 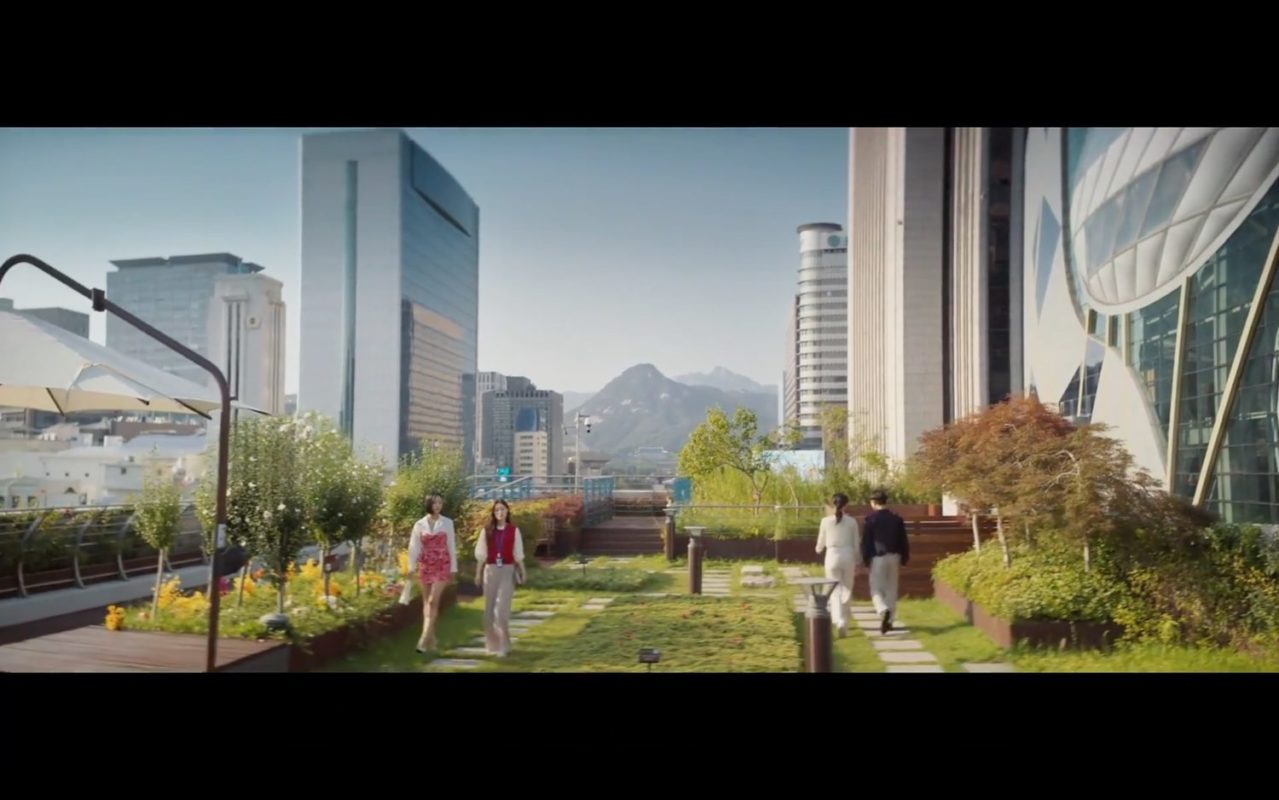 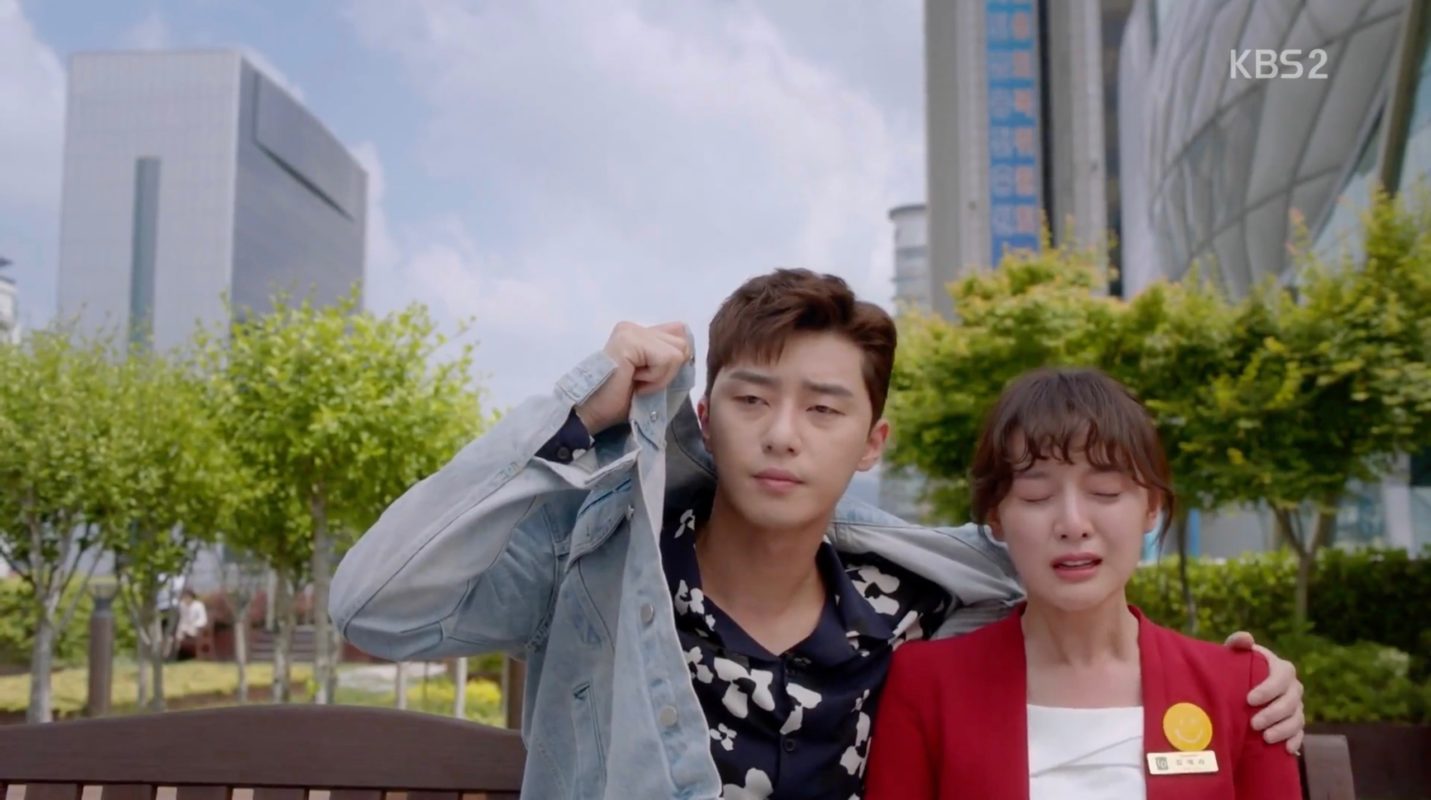 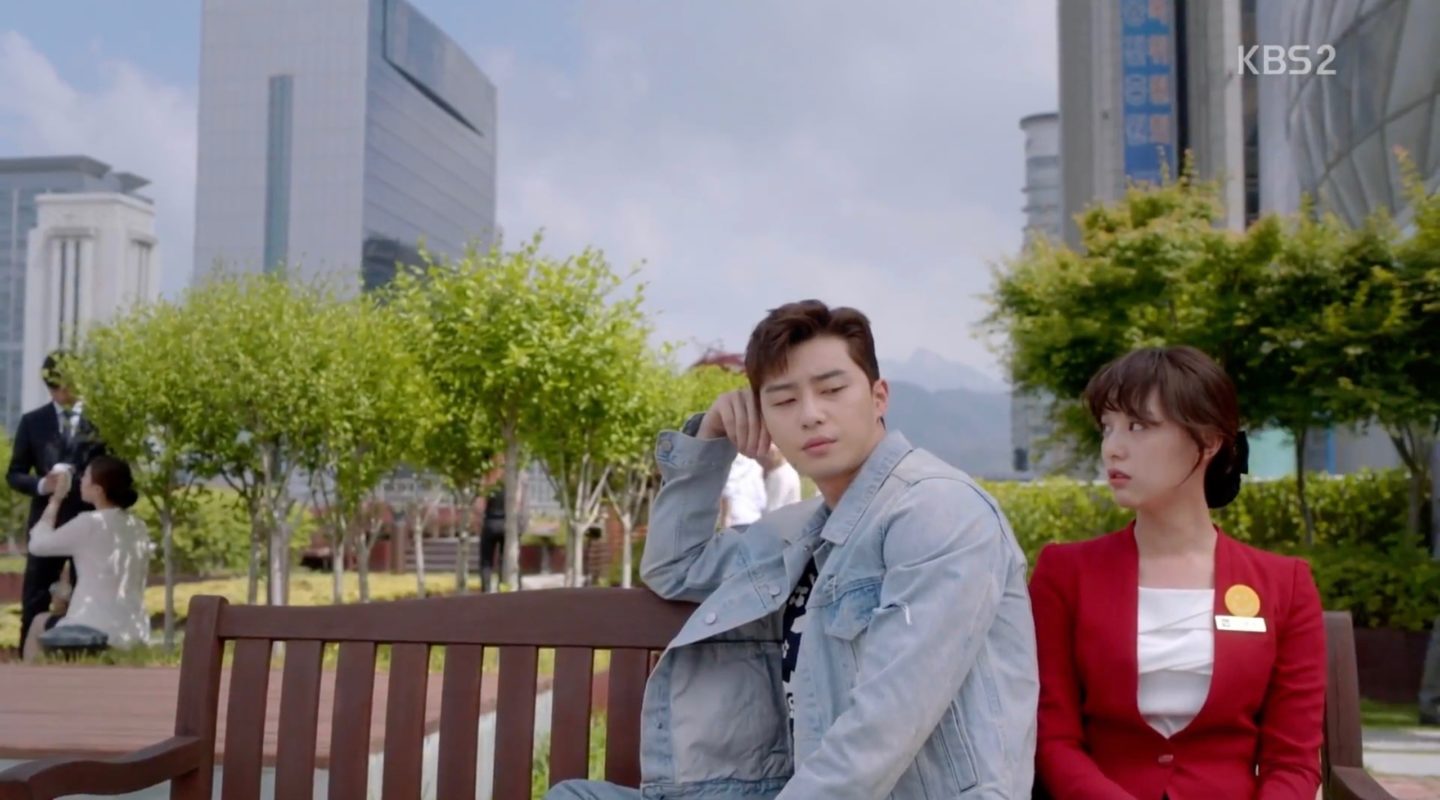 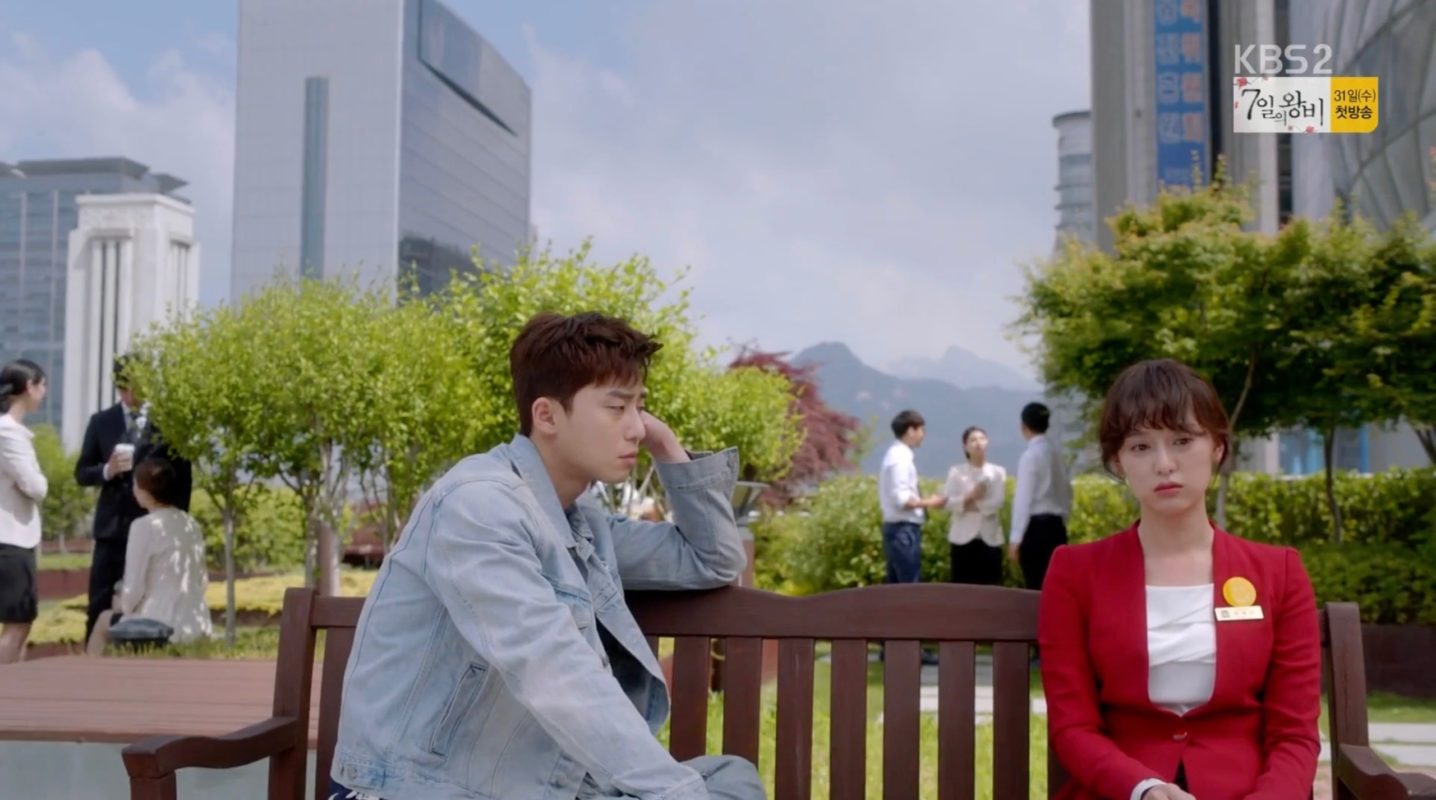 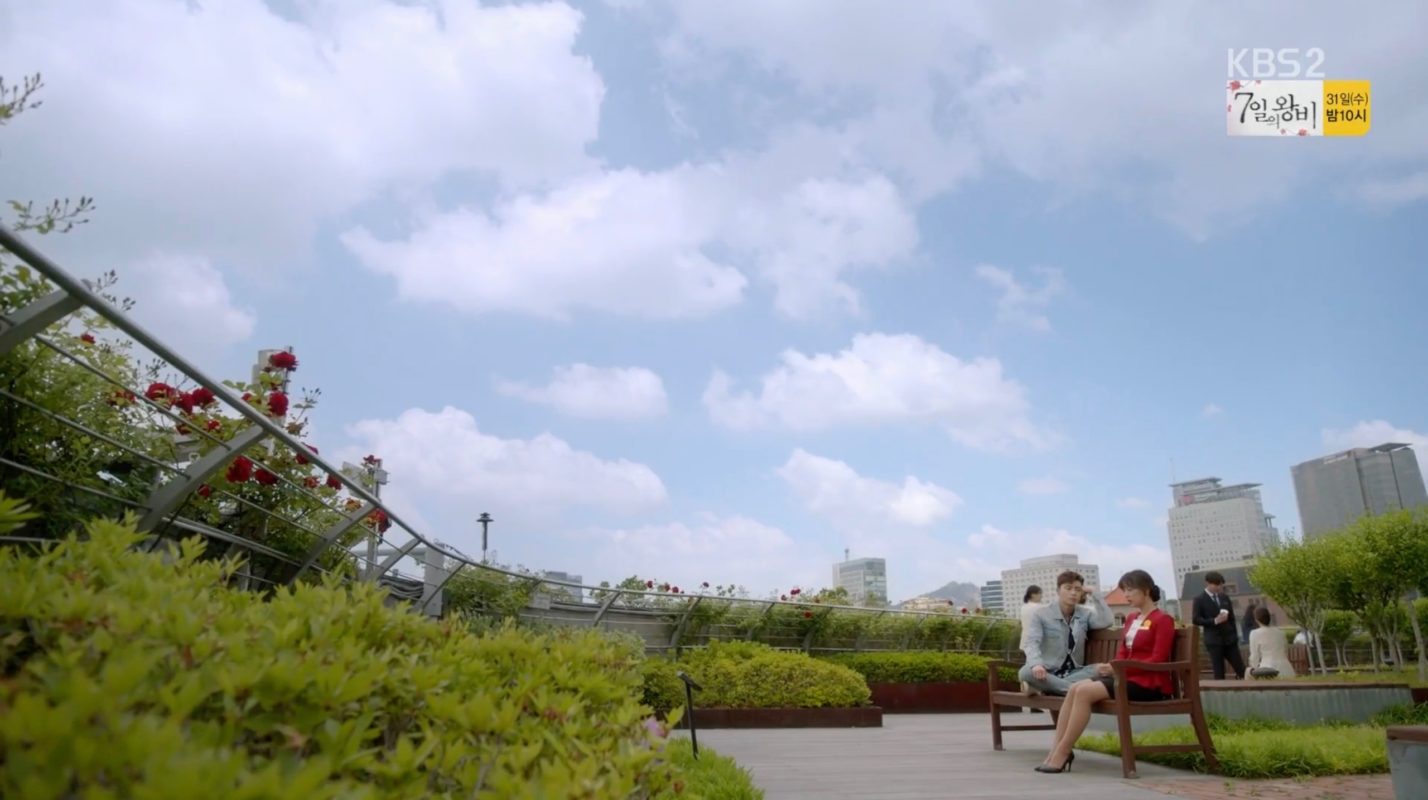 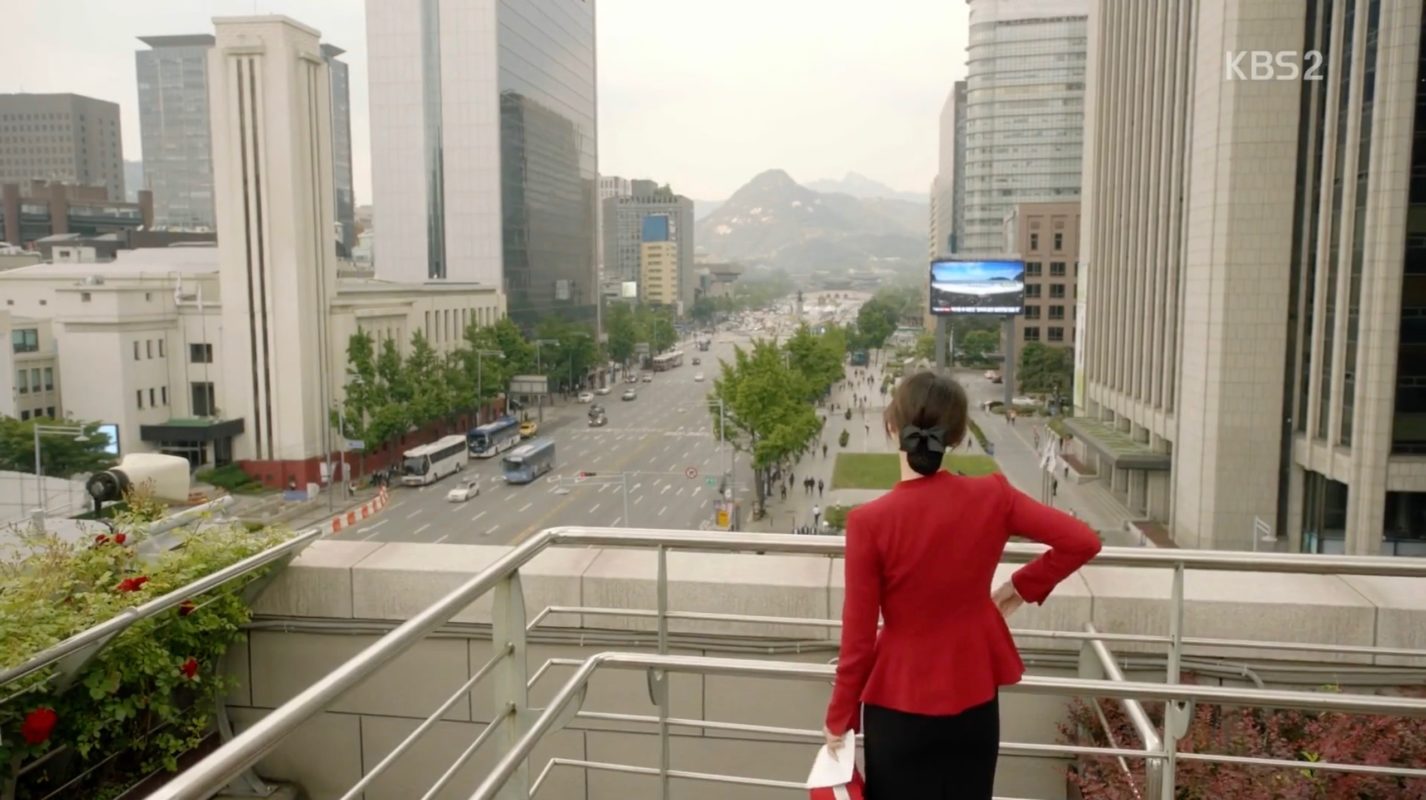 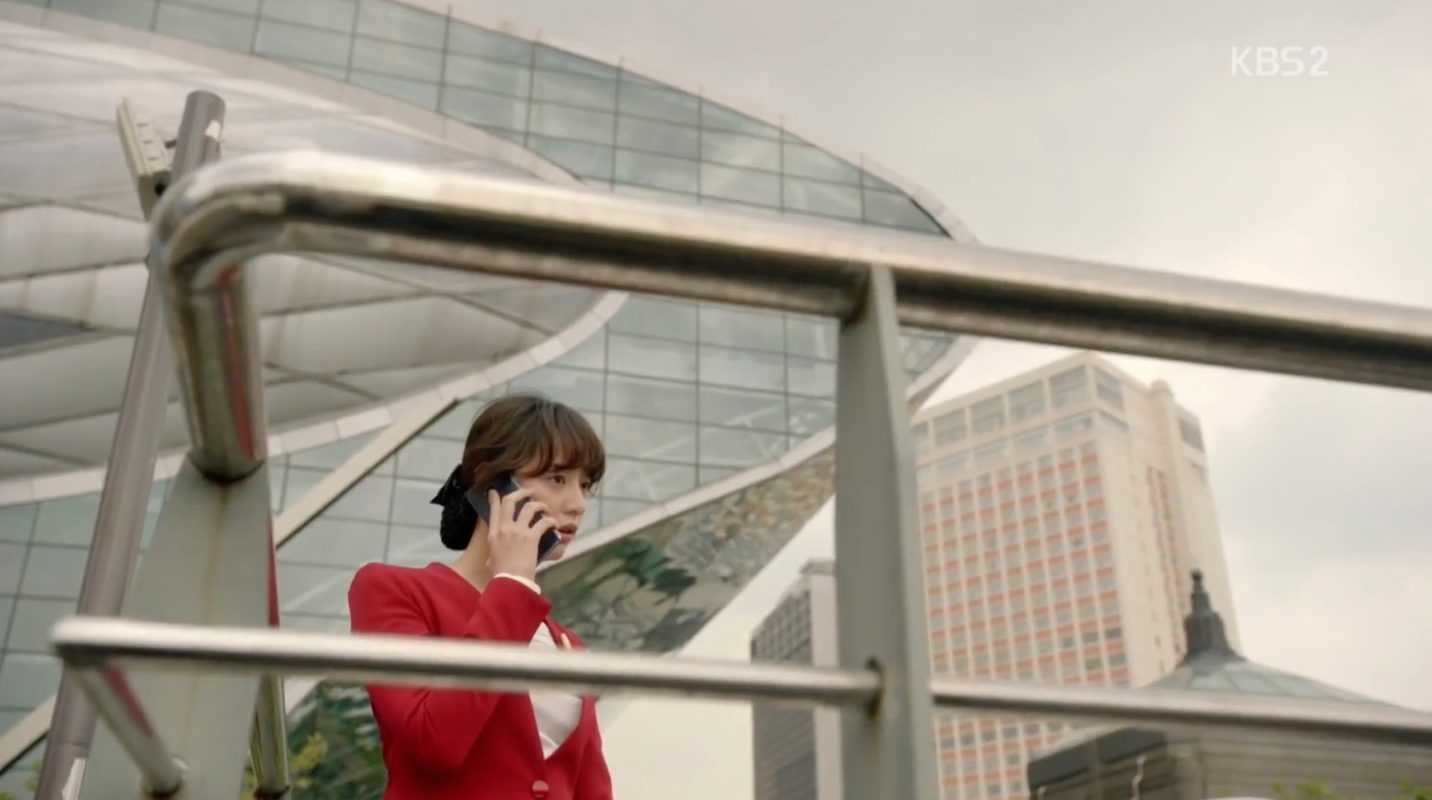 The rooftop garden of this library is where Oh Yeo-jin (Lee Da-bin/Yeon Woo formerly of Momoland) and Na Ju-hee (Jung Chae-yeon of DIA) have talk in epode 15 of The Golden Spoon (Geumsujeo/금수저) (MBC, 2022).

The rooftop garden of this library appears as the rooftop of the department store that Choi Ae-ra (Kim Ji-won) works at in Fight For My Way/Third-Rate My Way (쌈 마이웨이) (KBS2, 2017). Choi Ae-aa calls her boyfriend from here in episode 1, and in episode 3, Ko Dong-man (Park Seo-joon) consoles Ae-ra who had just lost her announcer job at the store. “Why are you turning your back to me?” she asks. “This is a fort,” he answers, “My back is ridiculously wide. No one can see you.” And it is then that she allows herself to cry.

Han Gi-ju (Park Shin-yang) asks Gang Tae-young (Kim Jung-eun) to meet in front of this building in episode 3 of Lovers in Paris (파리의 연인) (SBS, 2004); even if she told him that he can wait in vein, she shows up.

Getting here
City Hall Station [시청역], Seoul Subway Line 1 and Line 2, Exit 5
Step out of the station and you are right there.