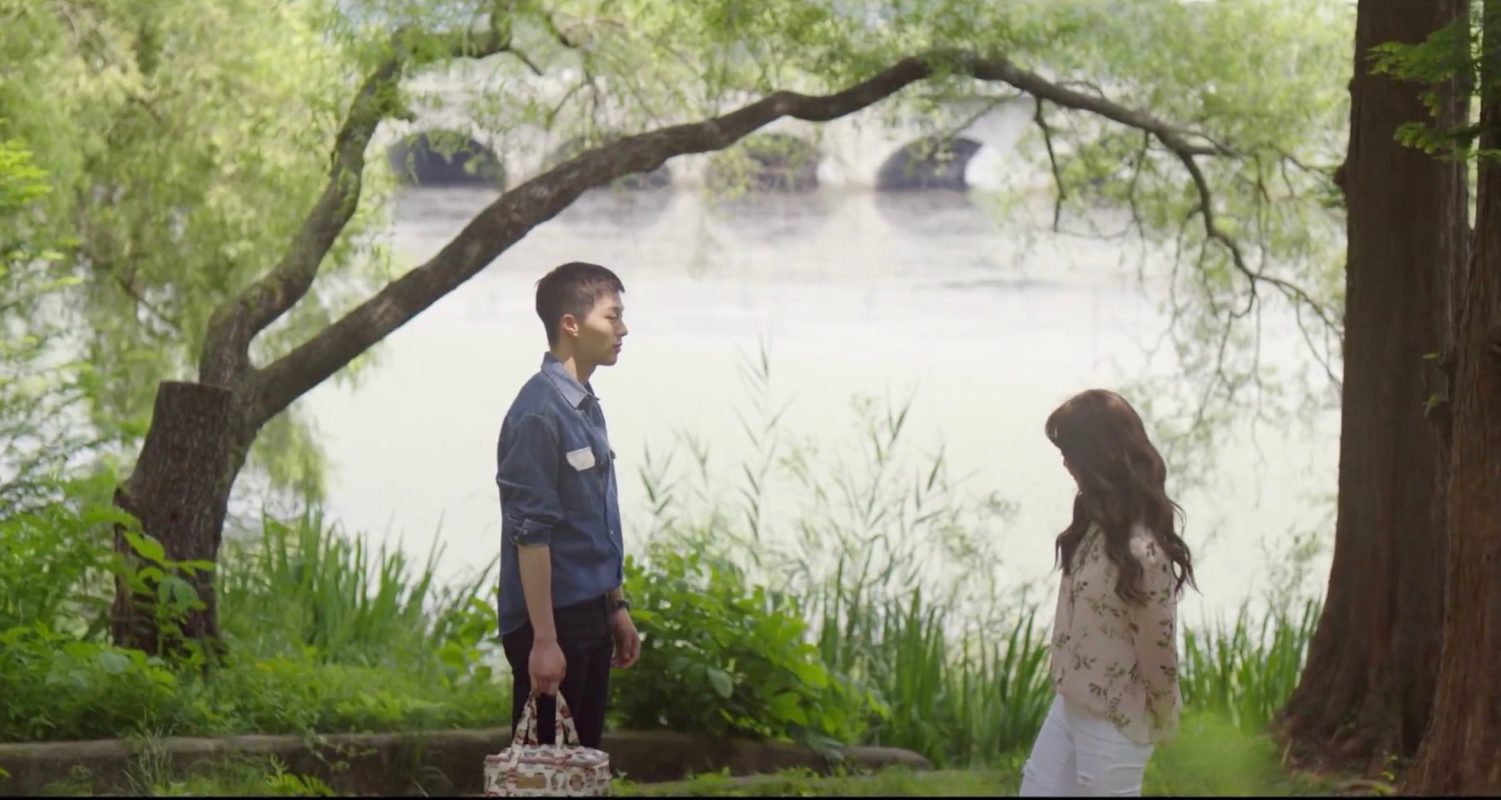 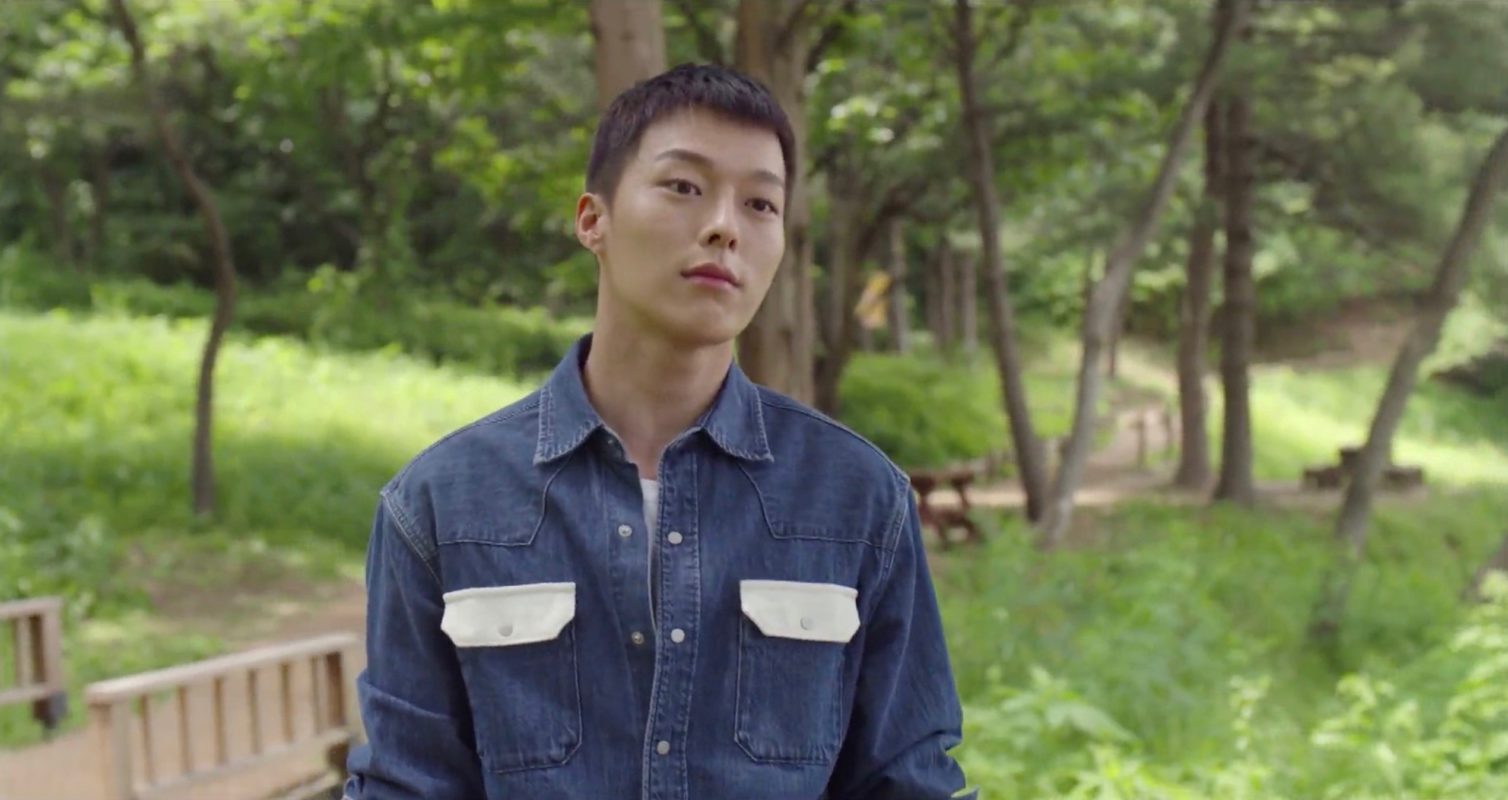 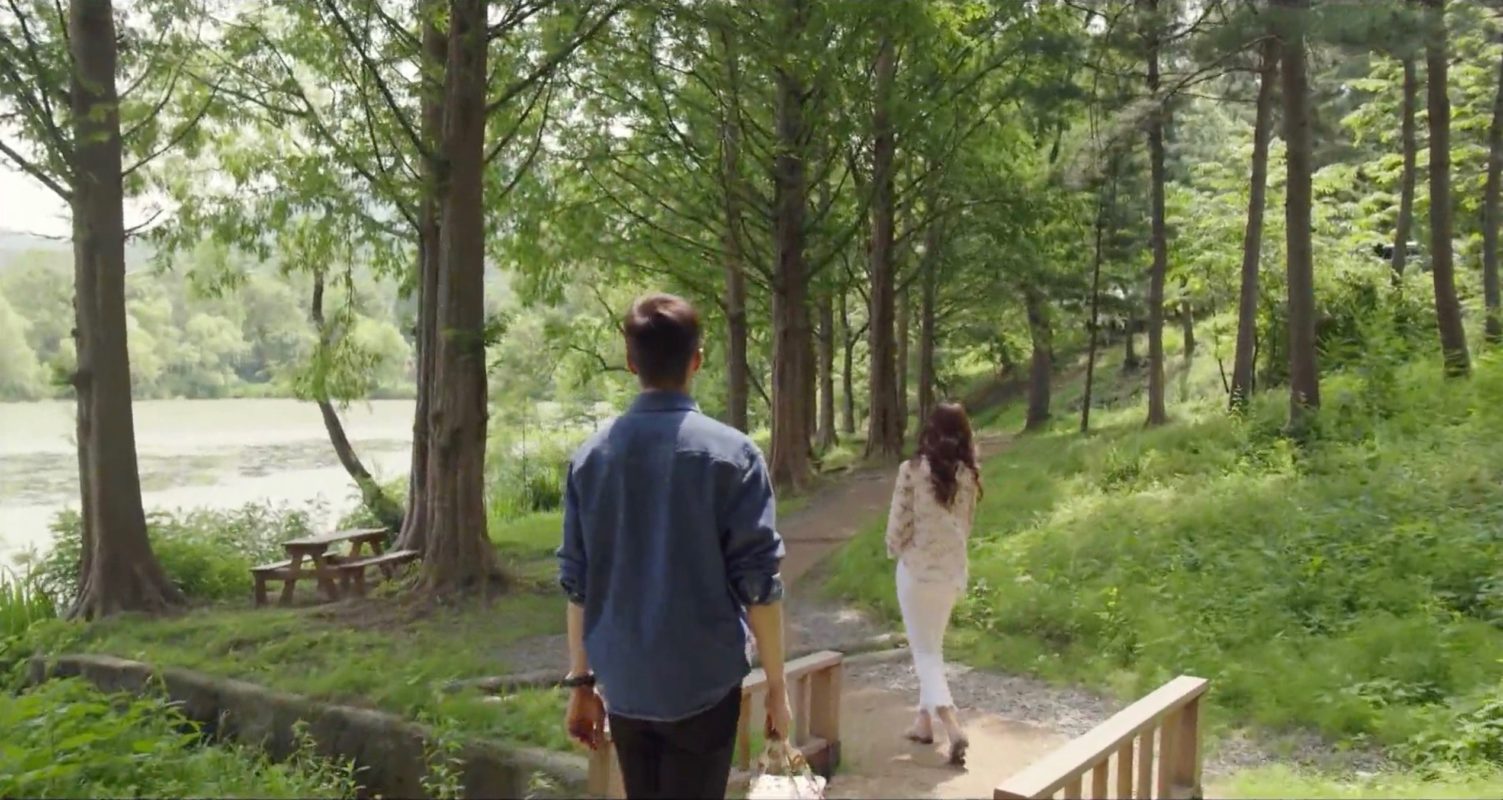 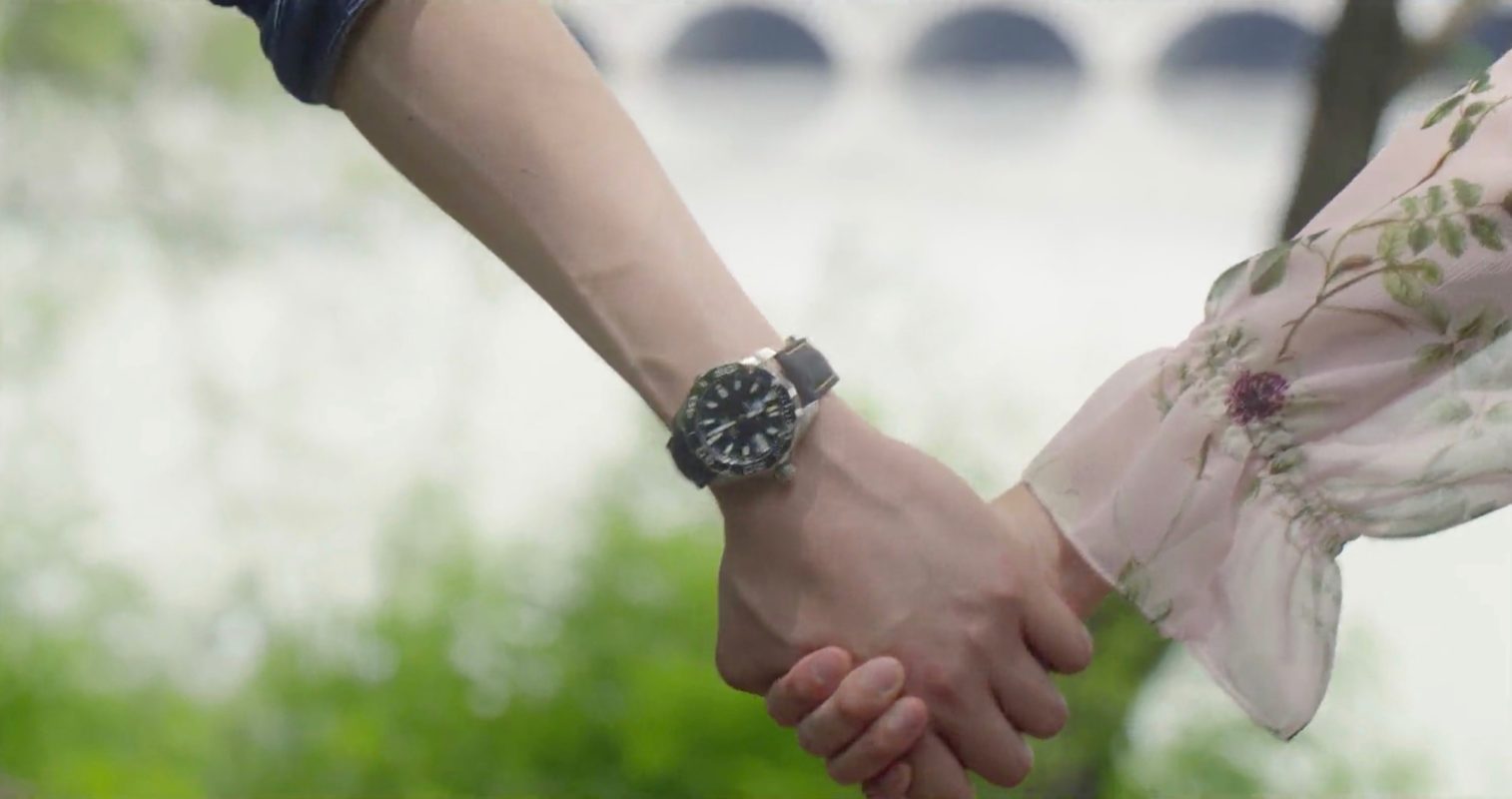 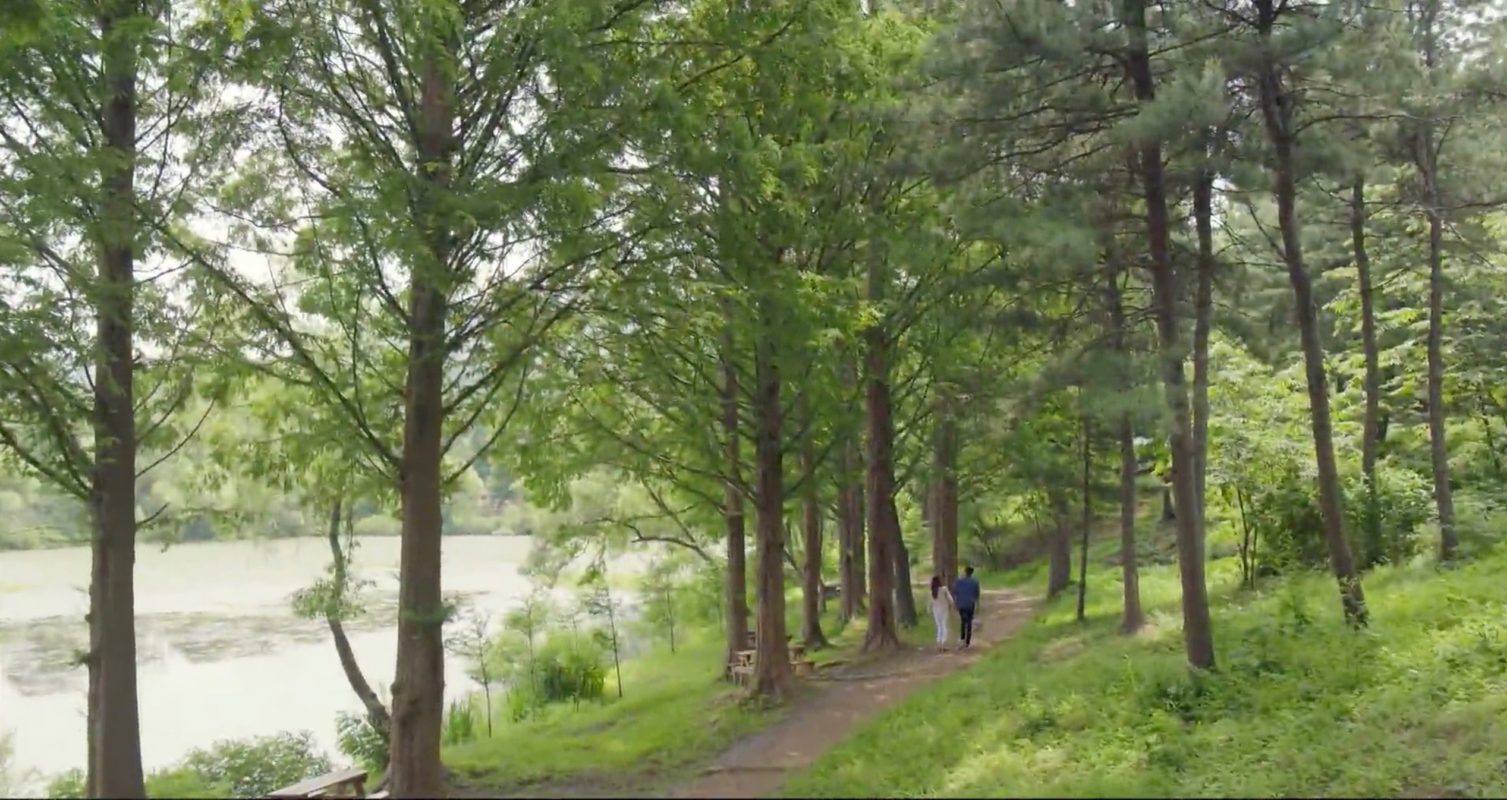 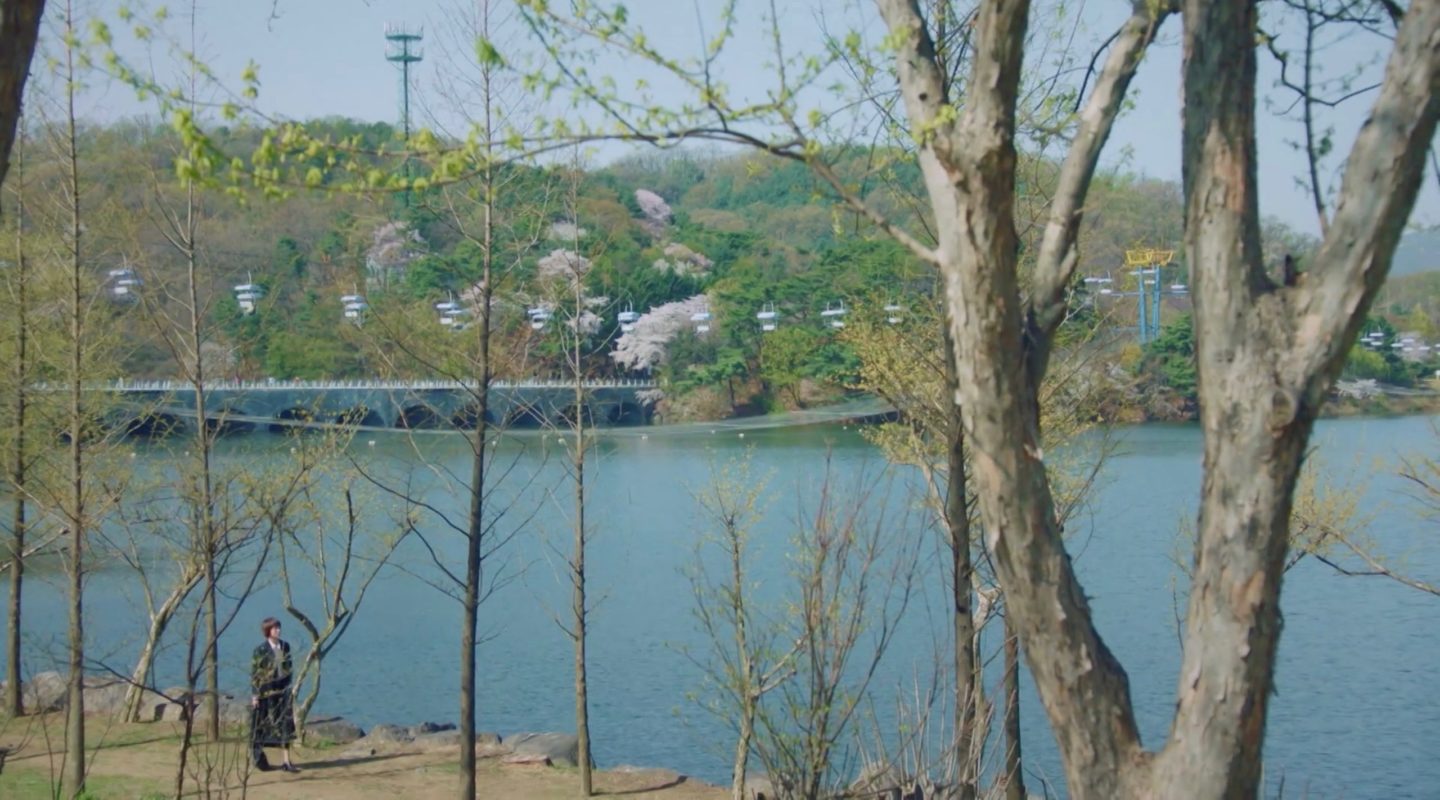 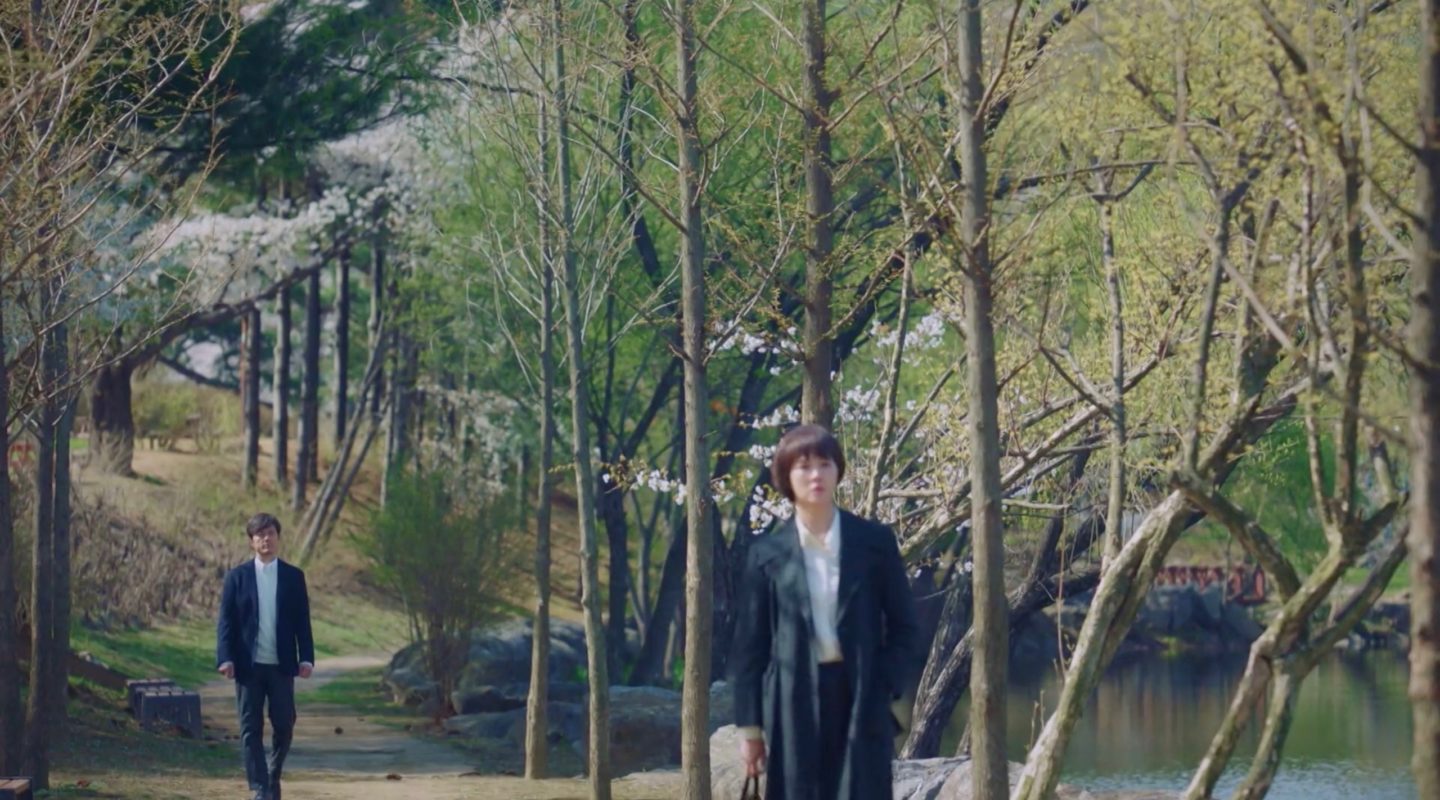 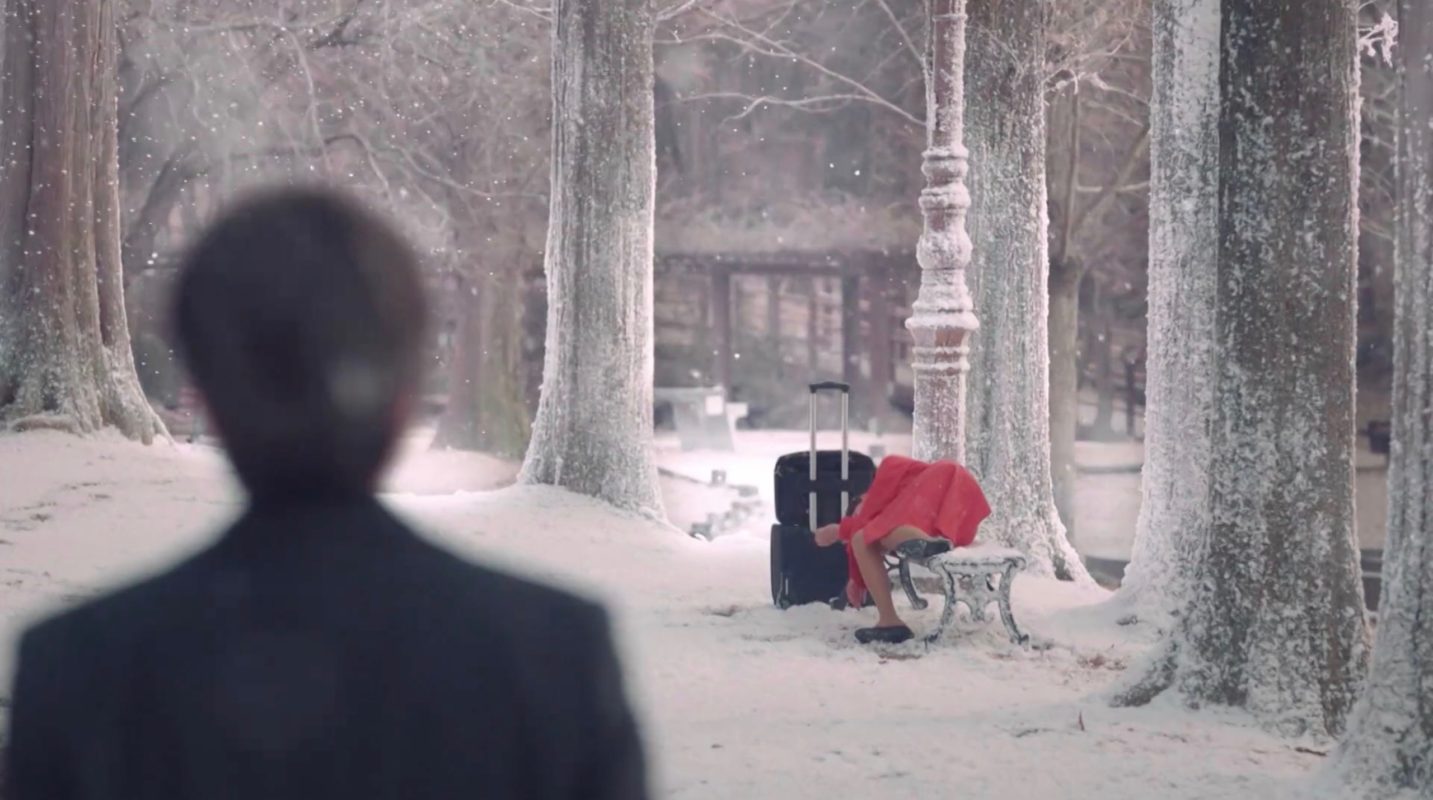 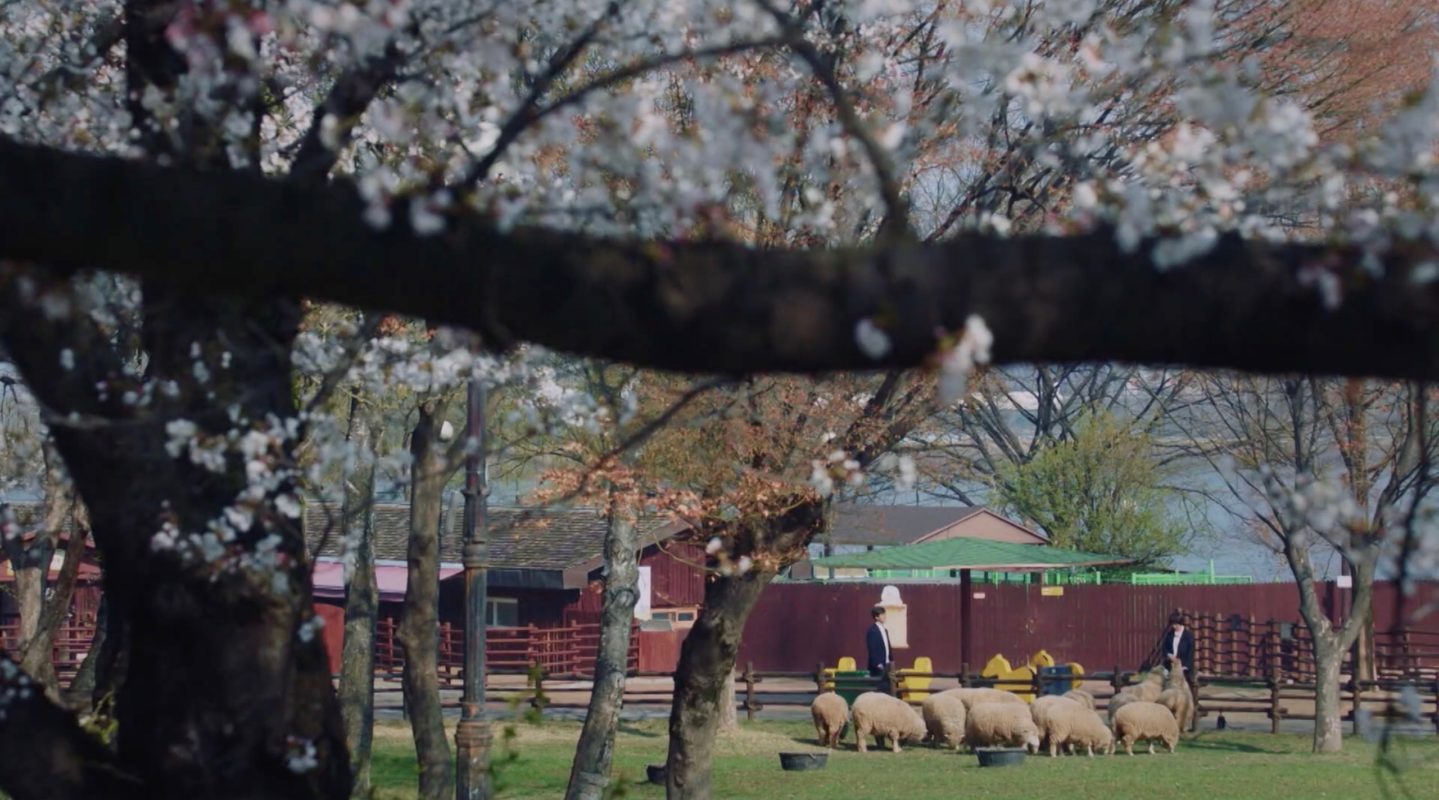 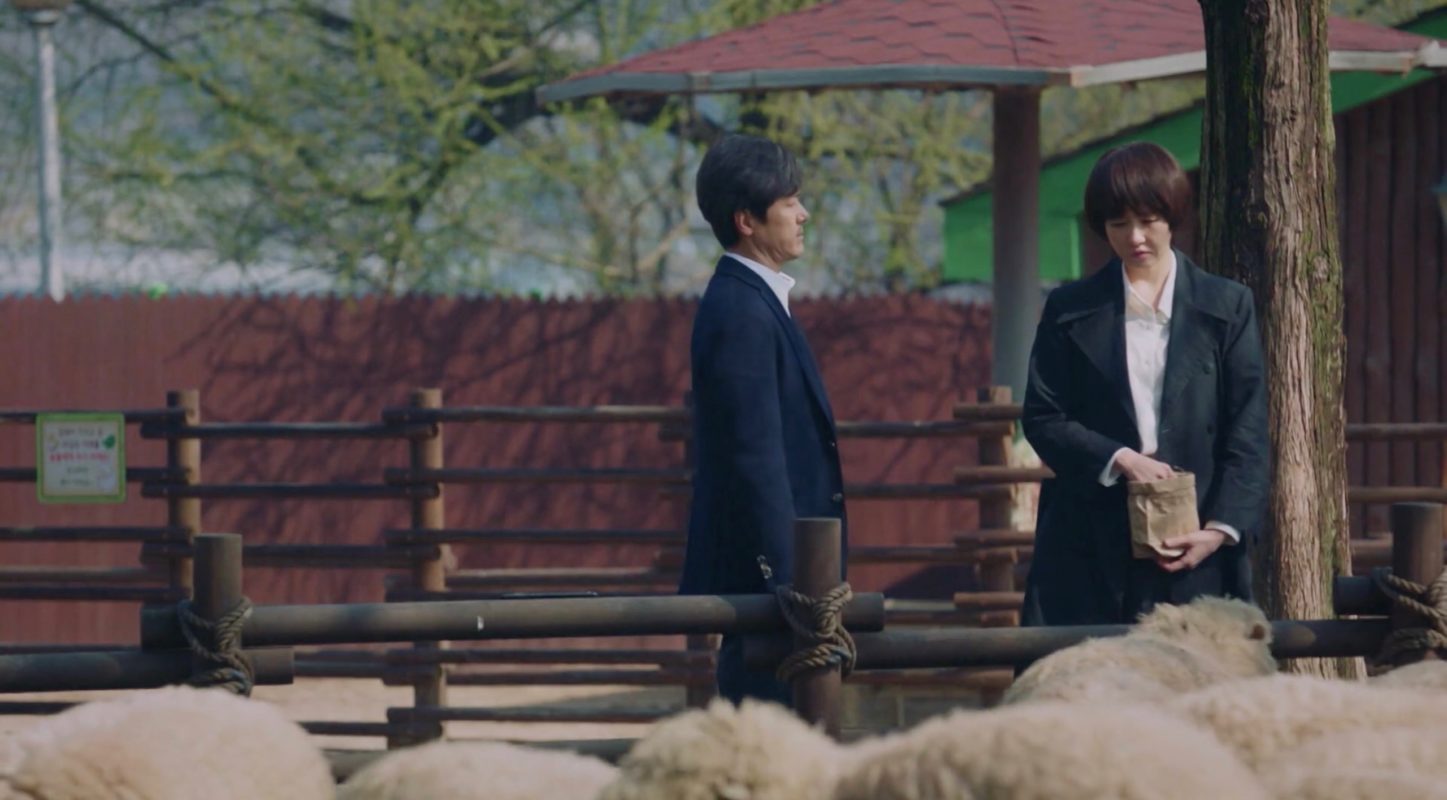 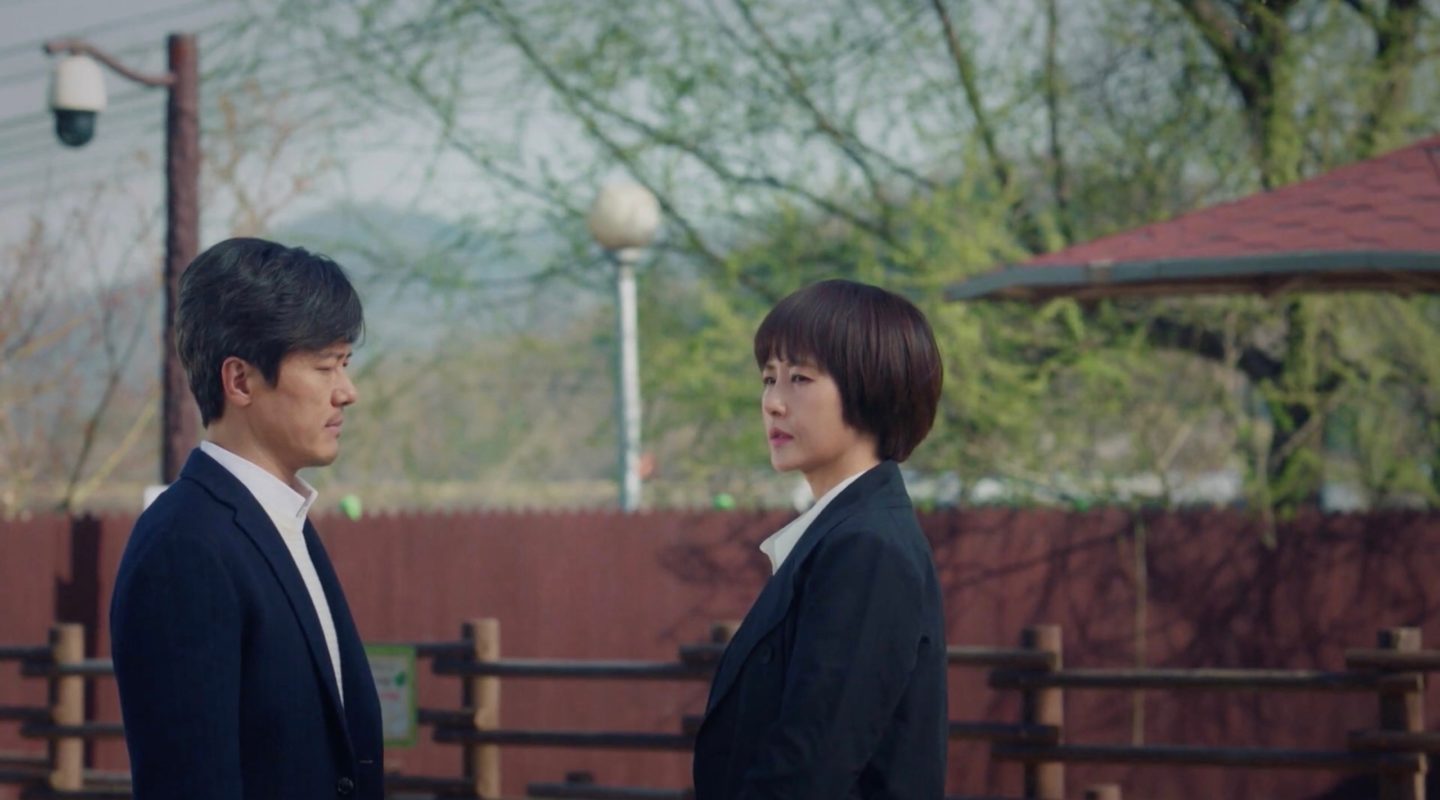 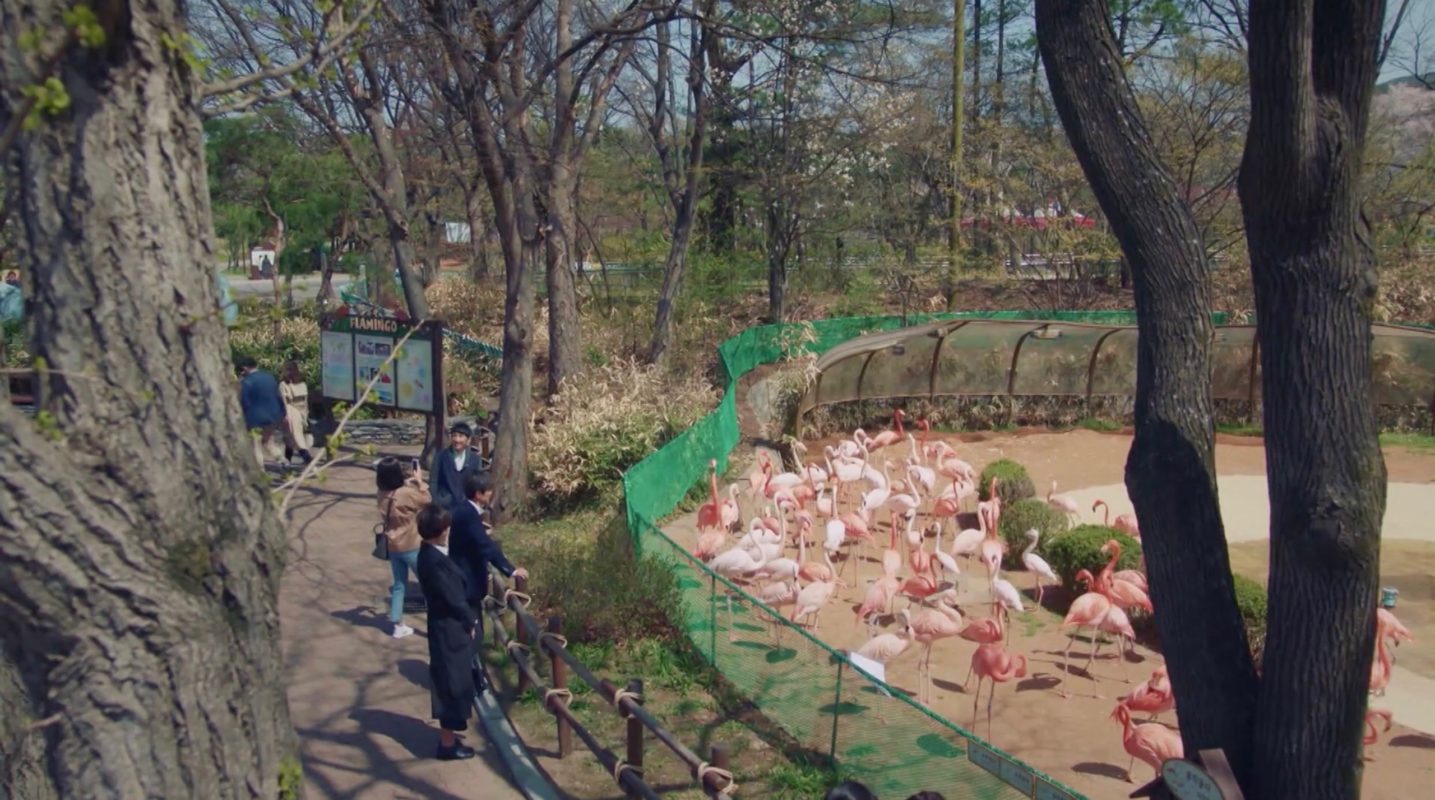 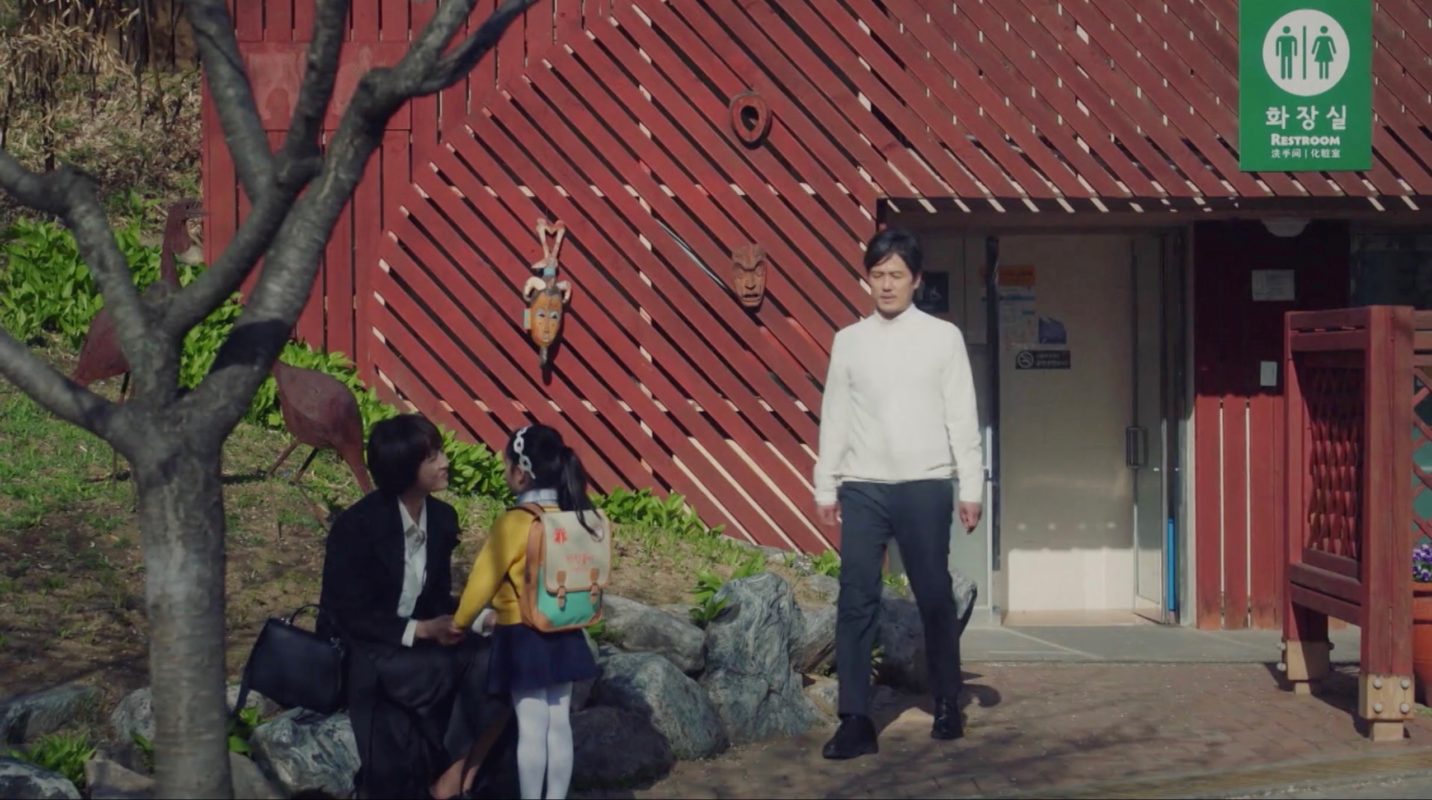 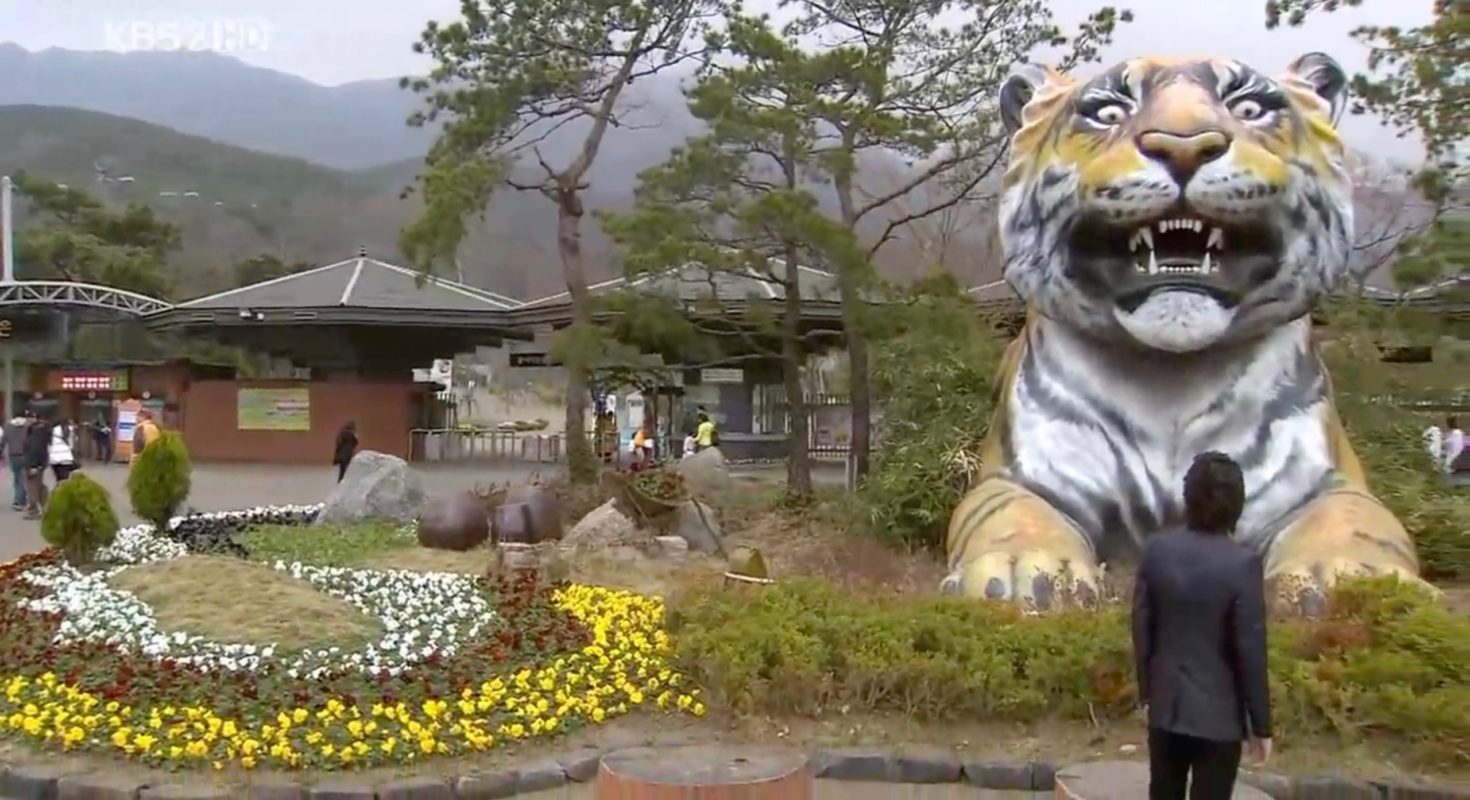 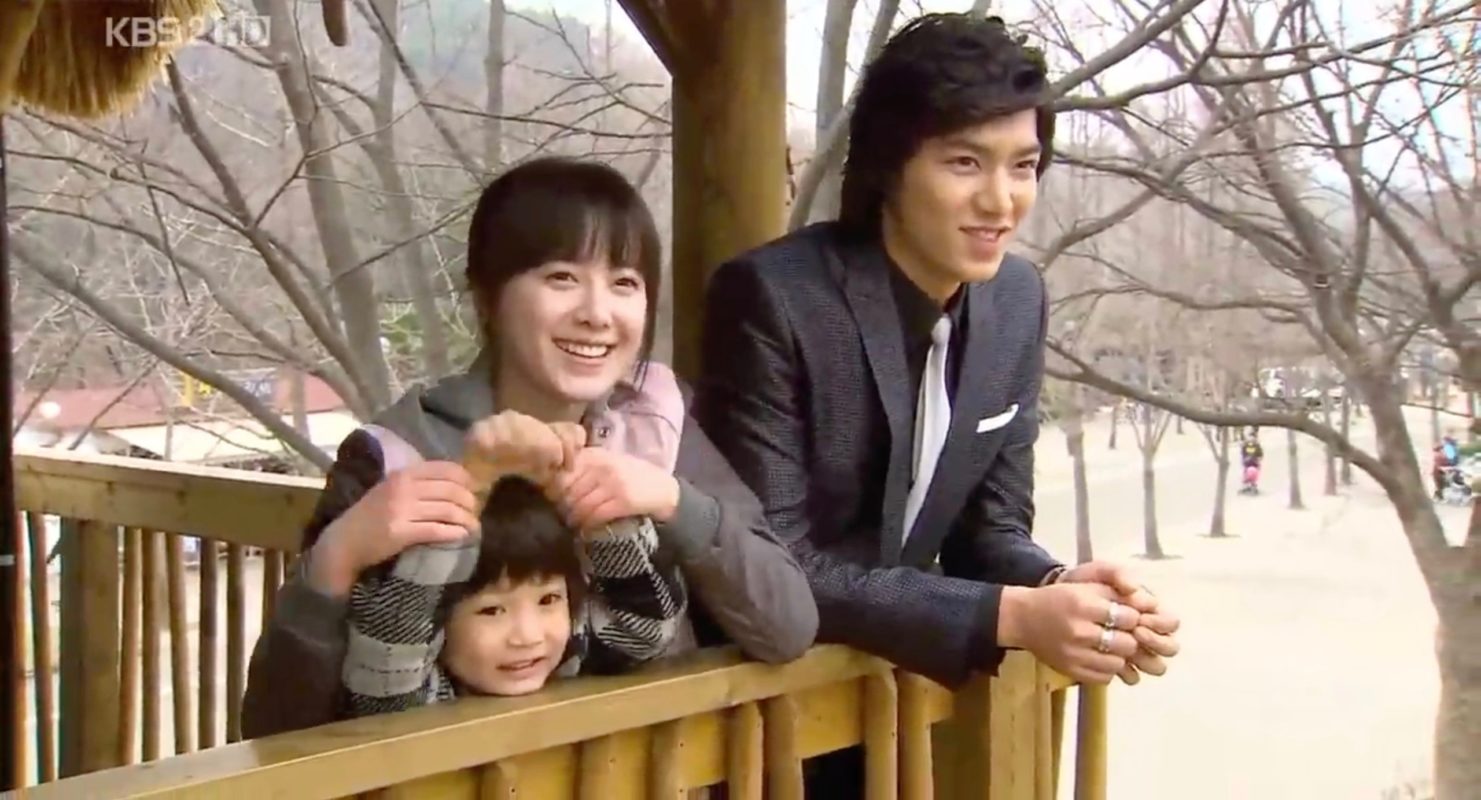 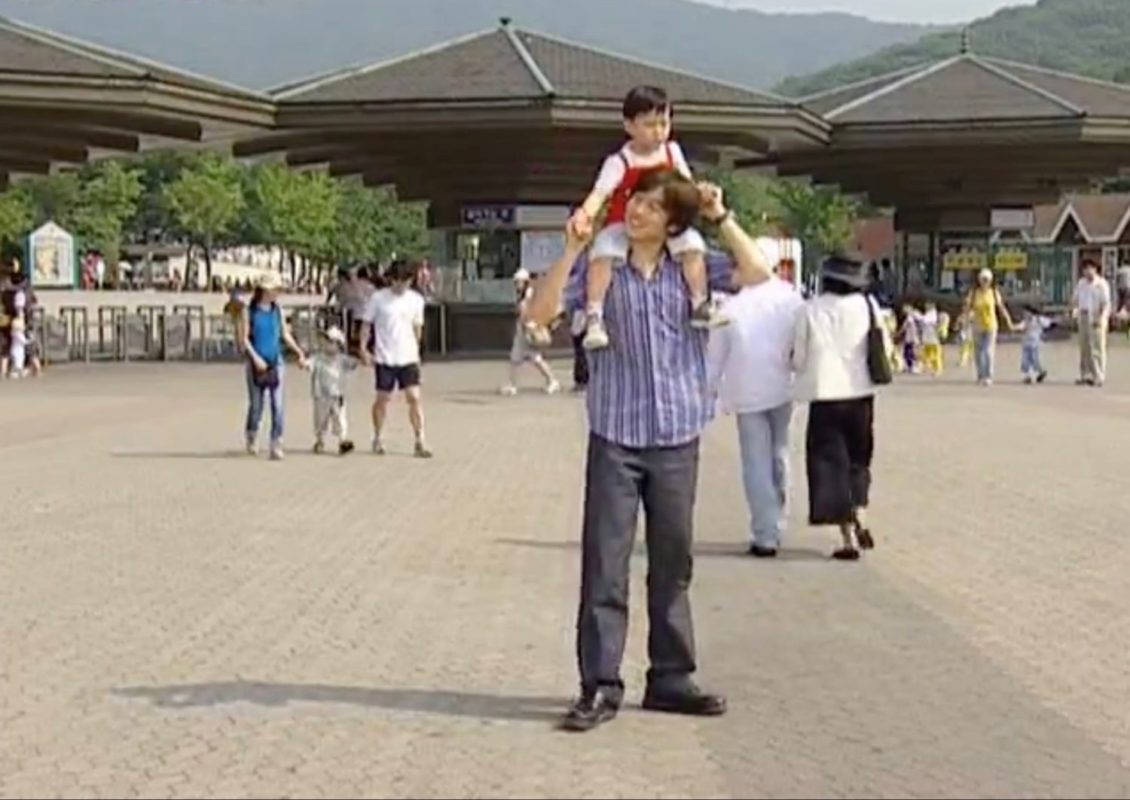 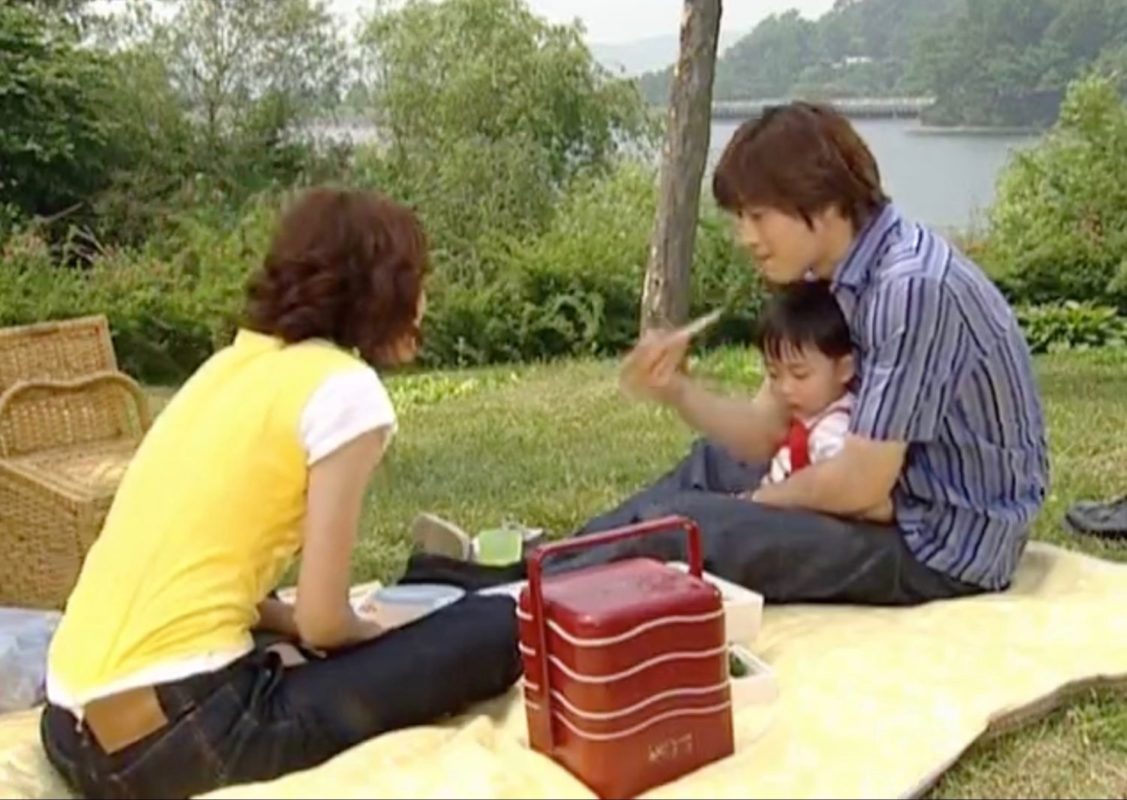 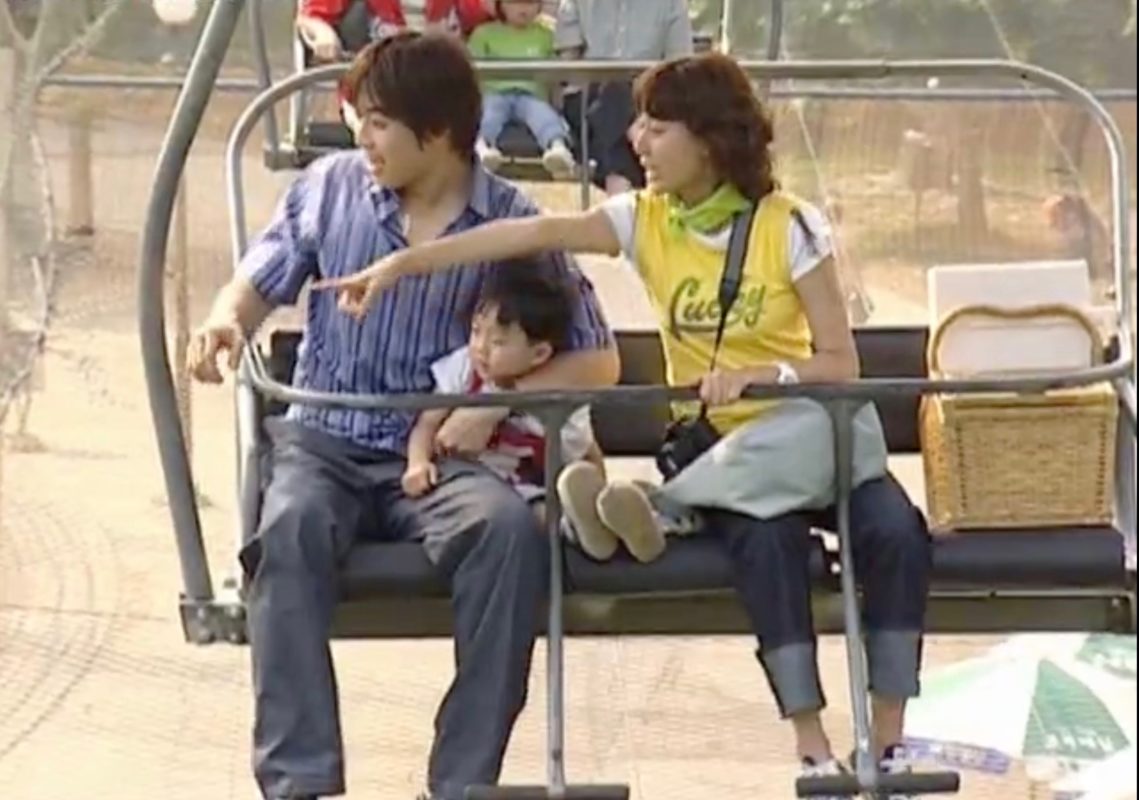 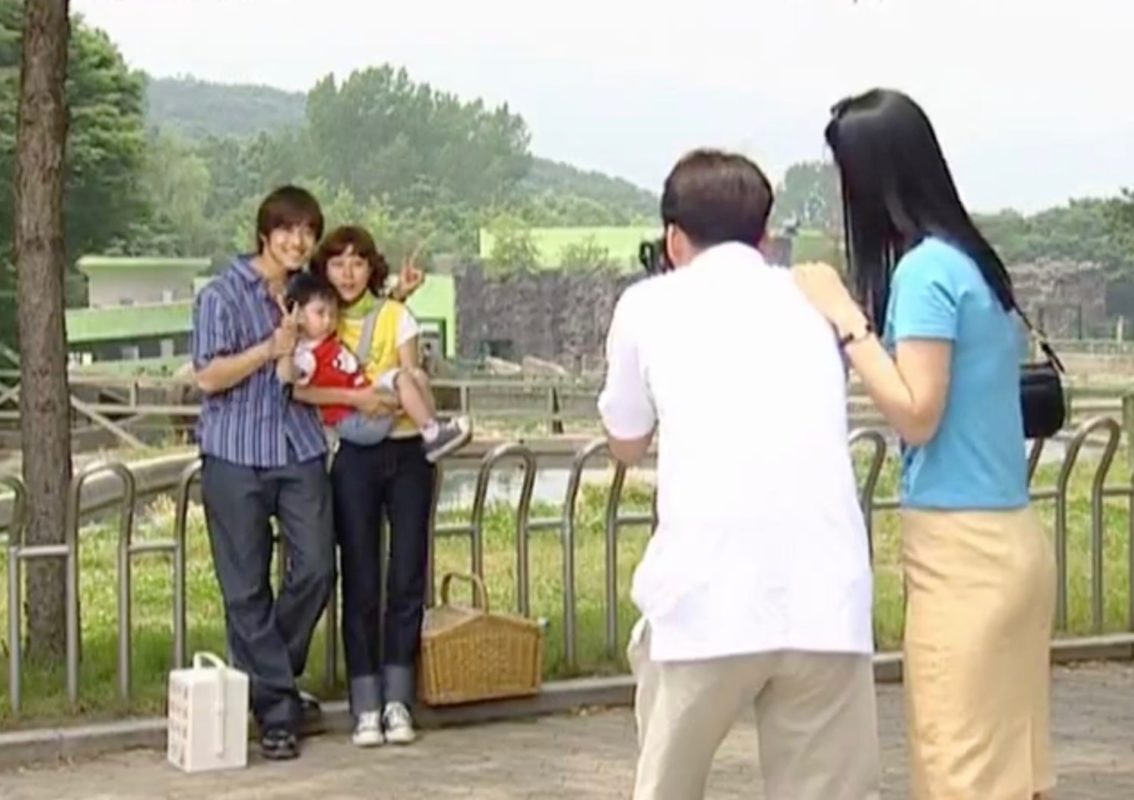 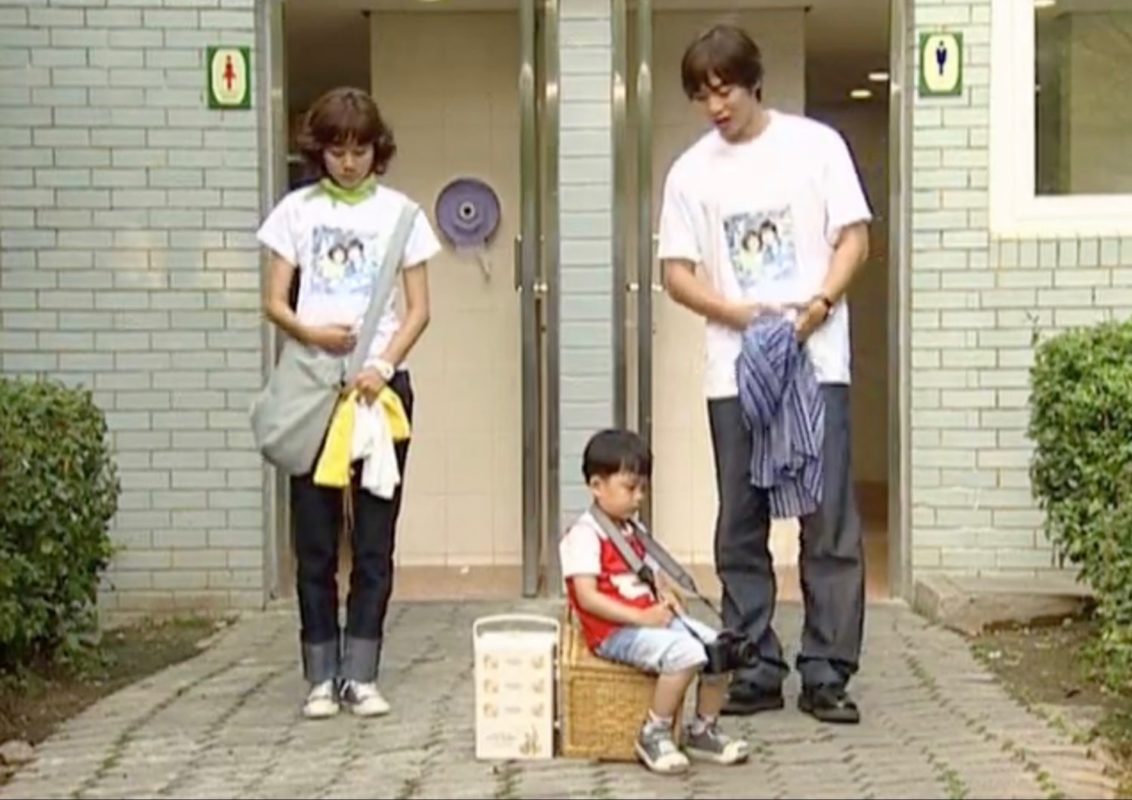 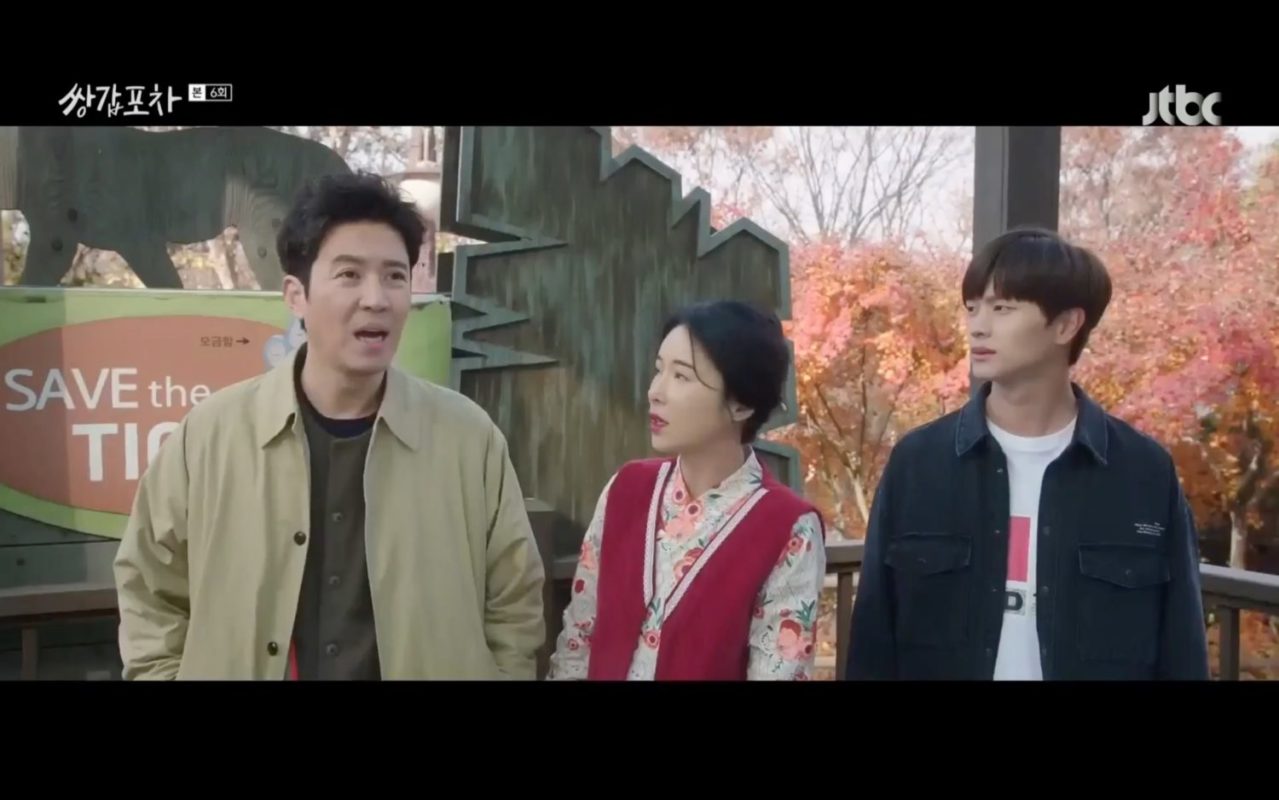 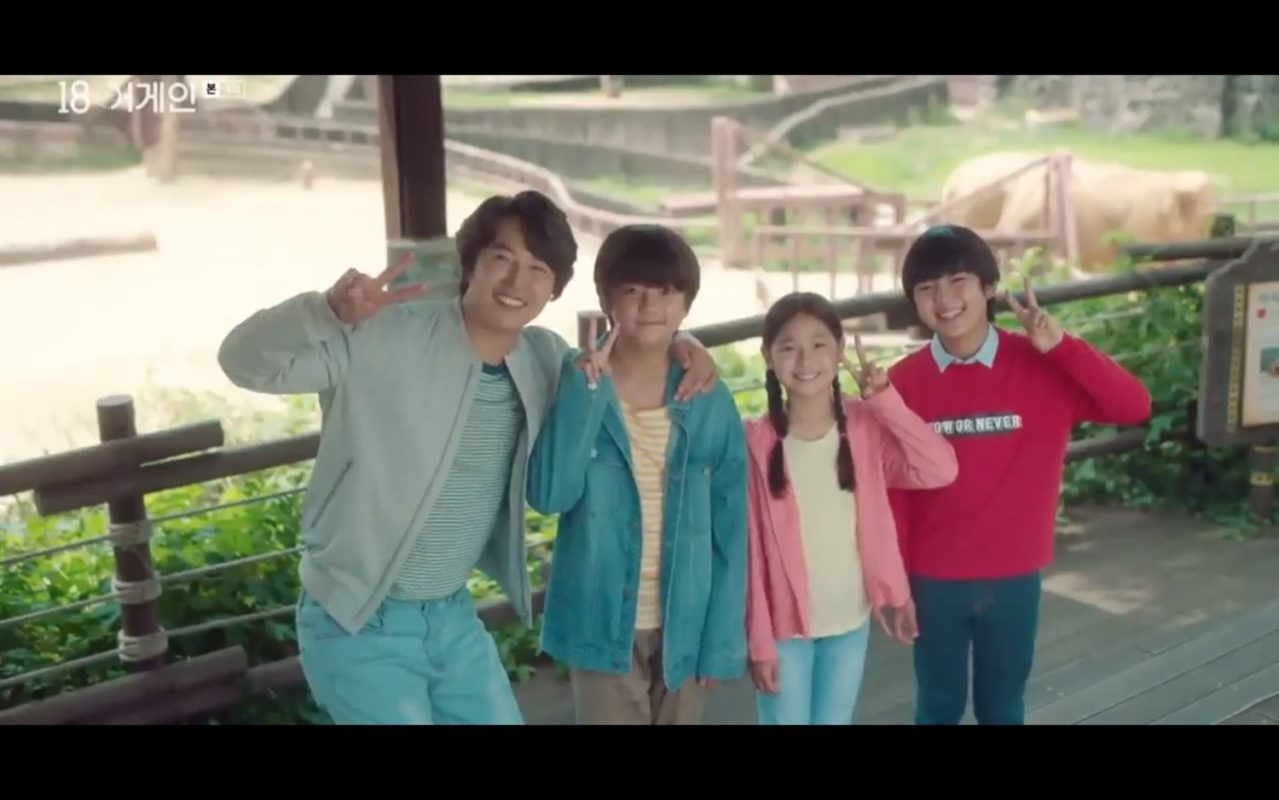 This is seen in episode 1 of Hotel Del Luna (호텔 델루나) (tvN, 2019), as part of the hotel’s garden that Chan-sung’s father (special appearance by Oh Ji-ho) checks out when he’s exploring the building.

Son Moo-han (Kam Woo-sung) and An Soon-jin (Kim Sun-a) come to the Children’s Zoo of the Rose Garden in episode 33 of Should We Kiss First/ Shall We Kiss First (키스 먼저 할까요) (SBS, 2018) and she asks to start afresh with him. It is also here that they first met (as seen in a flashback) when he found her after she tried to commit suicide at this park on a winter’s day.

This is the first place —just opposite of Rose Garden— that Han Jae-yi (Jin Ki-joo) brings Chae Do-jin/Yoon Na-moo (Jang Ki-yong) on their date in episode 20 of Come and Hug Me (이리와 안아줘) (MBC, 2018). She tells him that as it has many trees she came here often when she missed him (his name Na-moo/Na-mu means tree in Korean).

To help Chae Su-gyung (Lee Seo-an) conceive the trio of Wol-Ju (Hwang Jung-eum), Han Kang-bae (Yook Sung-jae) and Manager Gwi (Choi Won-young) tries to convince the tiger of this zoo to pounce on her in episode 6 of Mystic Pop-up Bar (쌍갑포차) (JTBC, 2020).

Hong Dae-young (Yoon Sang-hyun) remembers a moment when when he visited this zoo and especially the section with the elephants when his two children Hong Shi-a (Lee Nam-gyeong) and Hong Shi-woo (Oh Ja-hun) were young in episode 4 of 18 Again (18 어게인) (JTBC, 2020) and he doesn’t manage to connect to them.

Geum Jan-di (Goo Hye-sun) accepted to babysit the neighborhood boy Chan and thus asks Goo Jun-pyo (Lee Min-ho) to meet up at the zoo for their date in episodes 22-23 of Boys Over Flowers/Boys Before Flowers (꽃보다 남자) (KBS2, 2009), which all three of them visit together.

Kim Chae-won (Kim Ha-neul) and Choi Kwan-woo (Kim Jae-won) come to this park — and mainly its zoo — for a date together with Kwan-woo’s half-brother Choi Gong-myung (Lee Byung-joon) in episode 9 of Romance (Romangseu/로망스) (MBC, 2002).

Seoul Grand Park [서울대공원] is a public park located in Gwacheon’s neighborhood of Makgye [Makgye-dong/막계동] that opened in 1984. Its tagline, “People and animals are happy together” and slogan “Together, With Nature” point to its main features: the Seoul Zoo [서울대공원 서울동물원], the Children’s Zoo, the rose garden, Seoul Land [서울랜드], and the Gwacheon branch of the National Museum of Modern and Contemporary Art [국립현대미술관 과천관].

The origins of this park can be traced back to the renovation of Changgyeonggung [창경궁], which was transformed into a zoo under the Japanese rule. Following that, a new home had to be found for the animals, and were eventually brought here. In 2019, the Ministry of Culture, Sports and Tourism –announced through the Korea Tourism Organization (KTO)– selected Seoul Grand Park as one of the ‘100 Must-Visit Spots in Korea’ for 2019-2020.