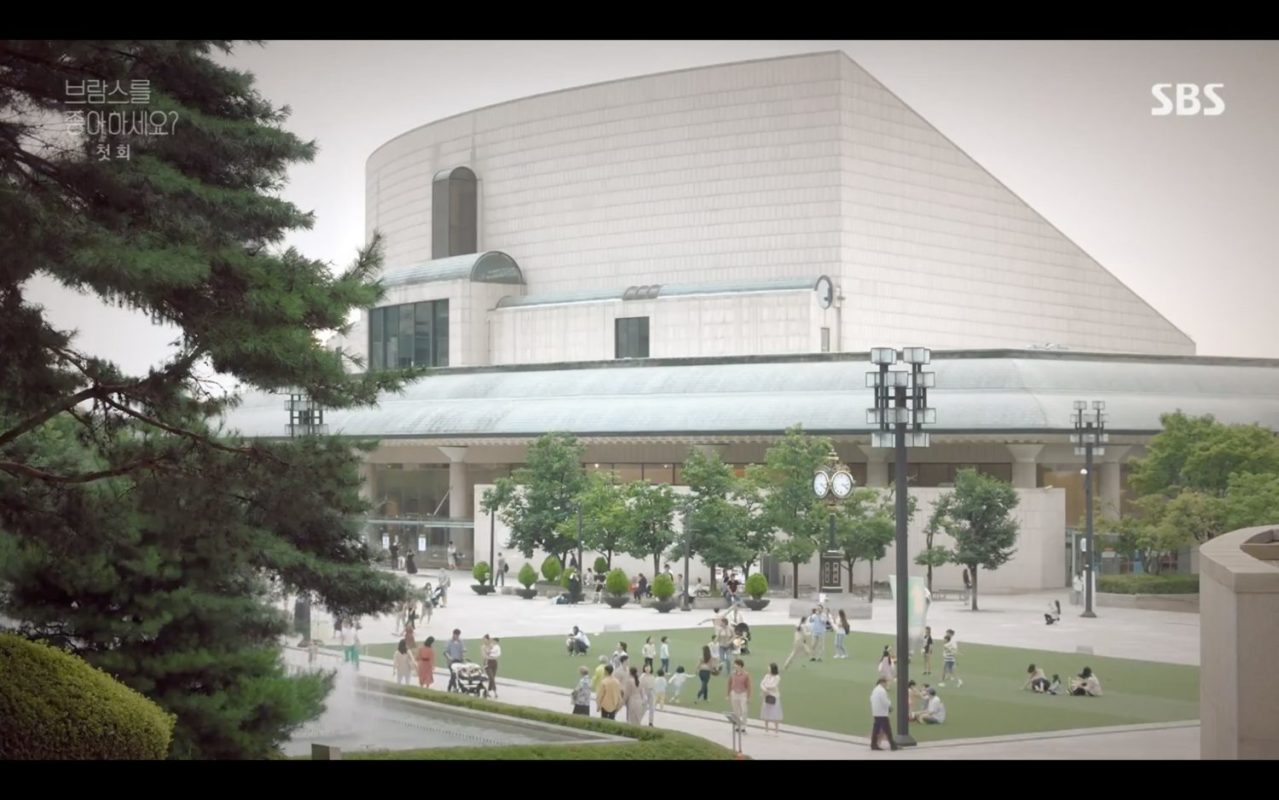 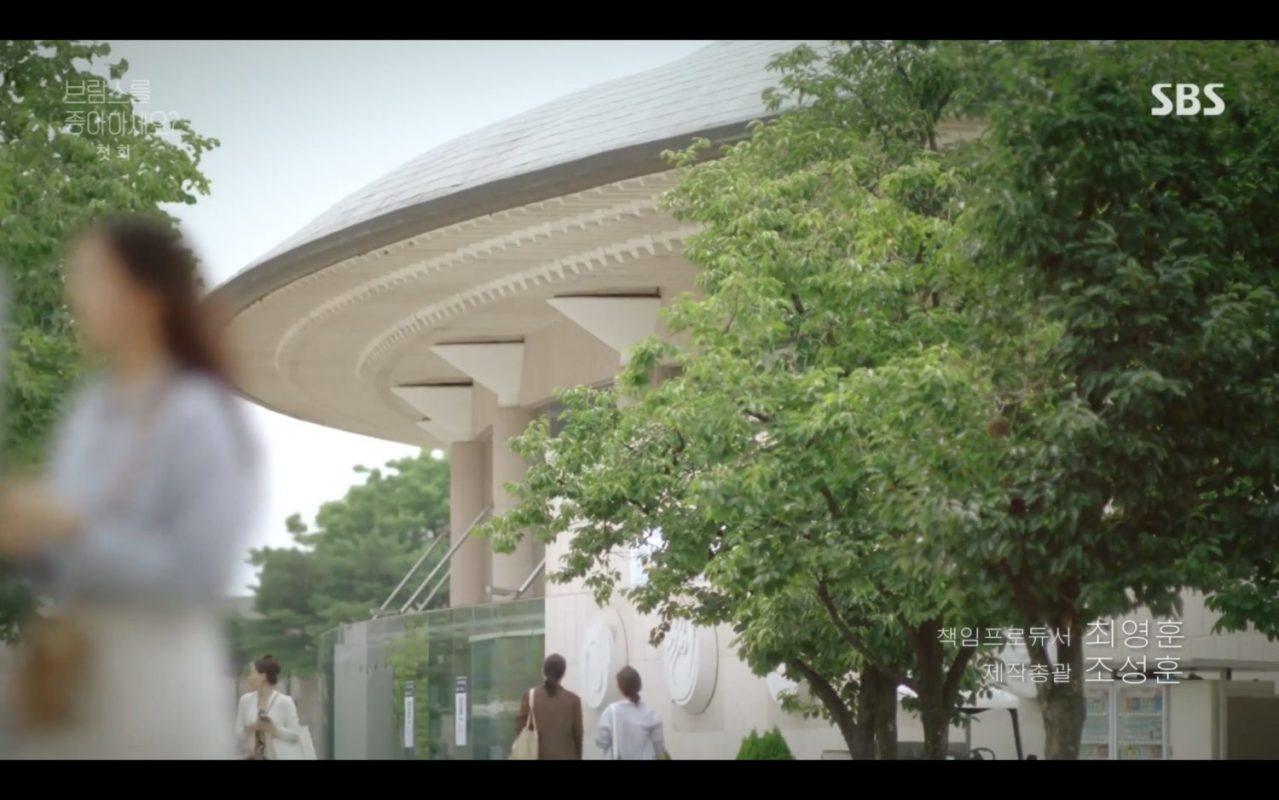 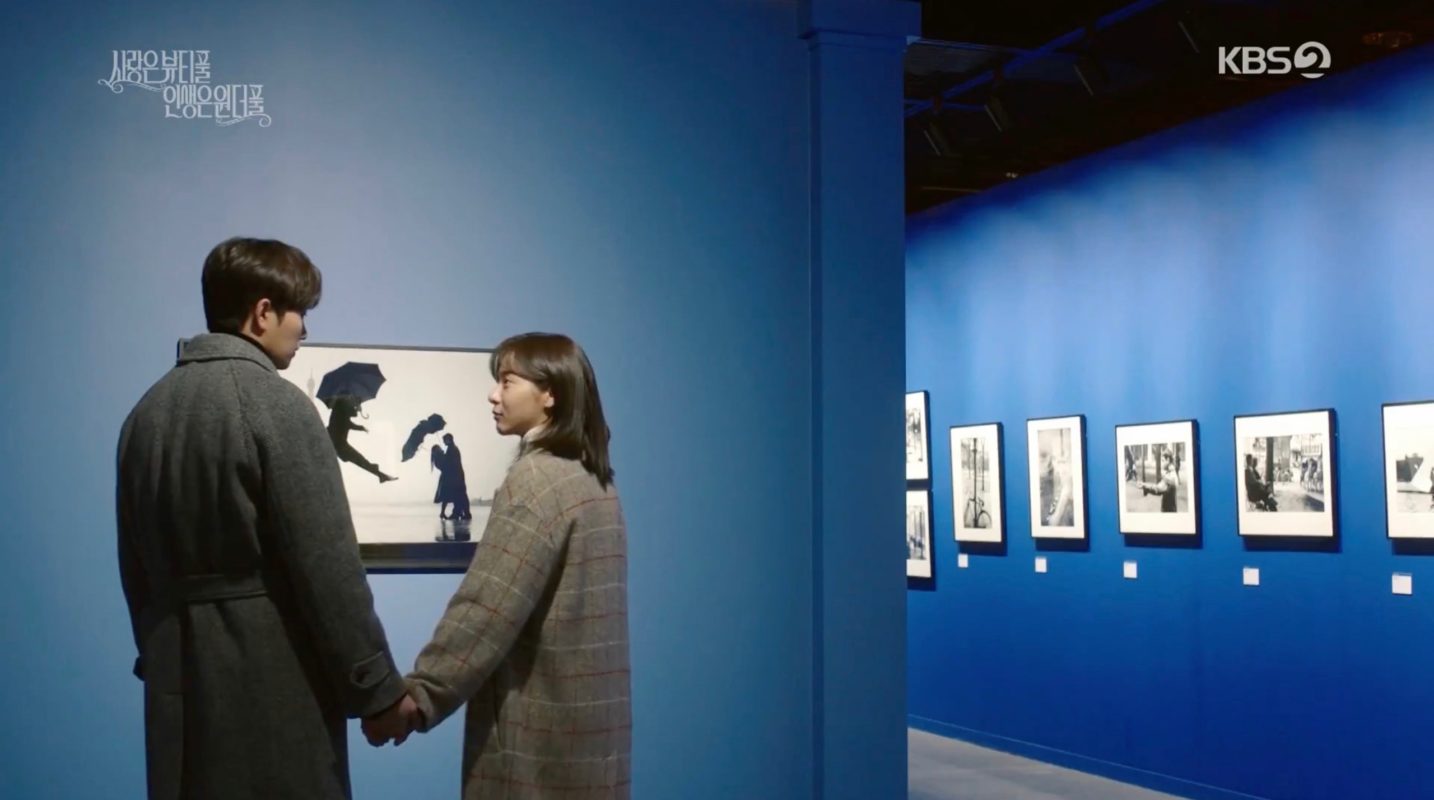 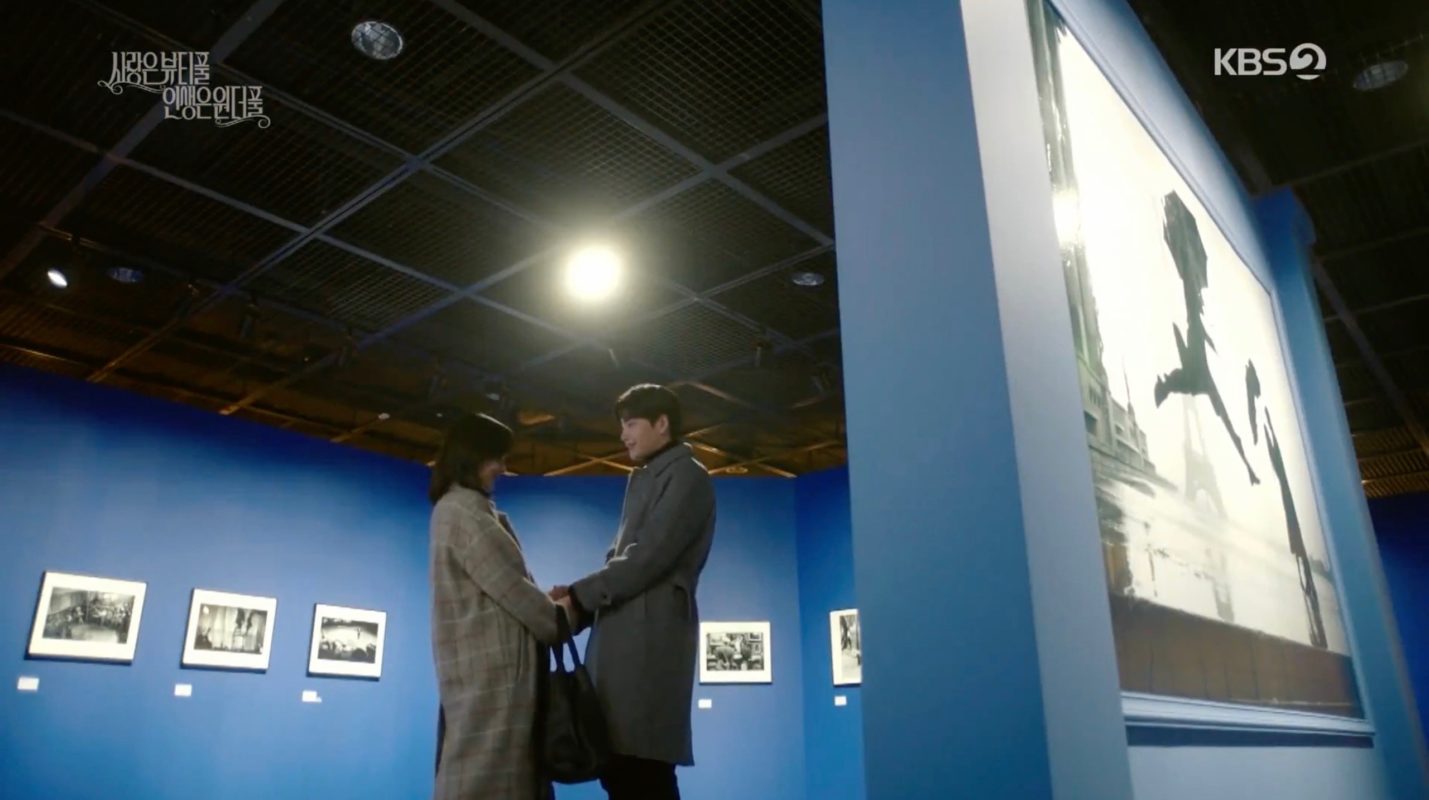 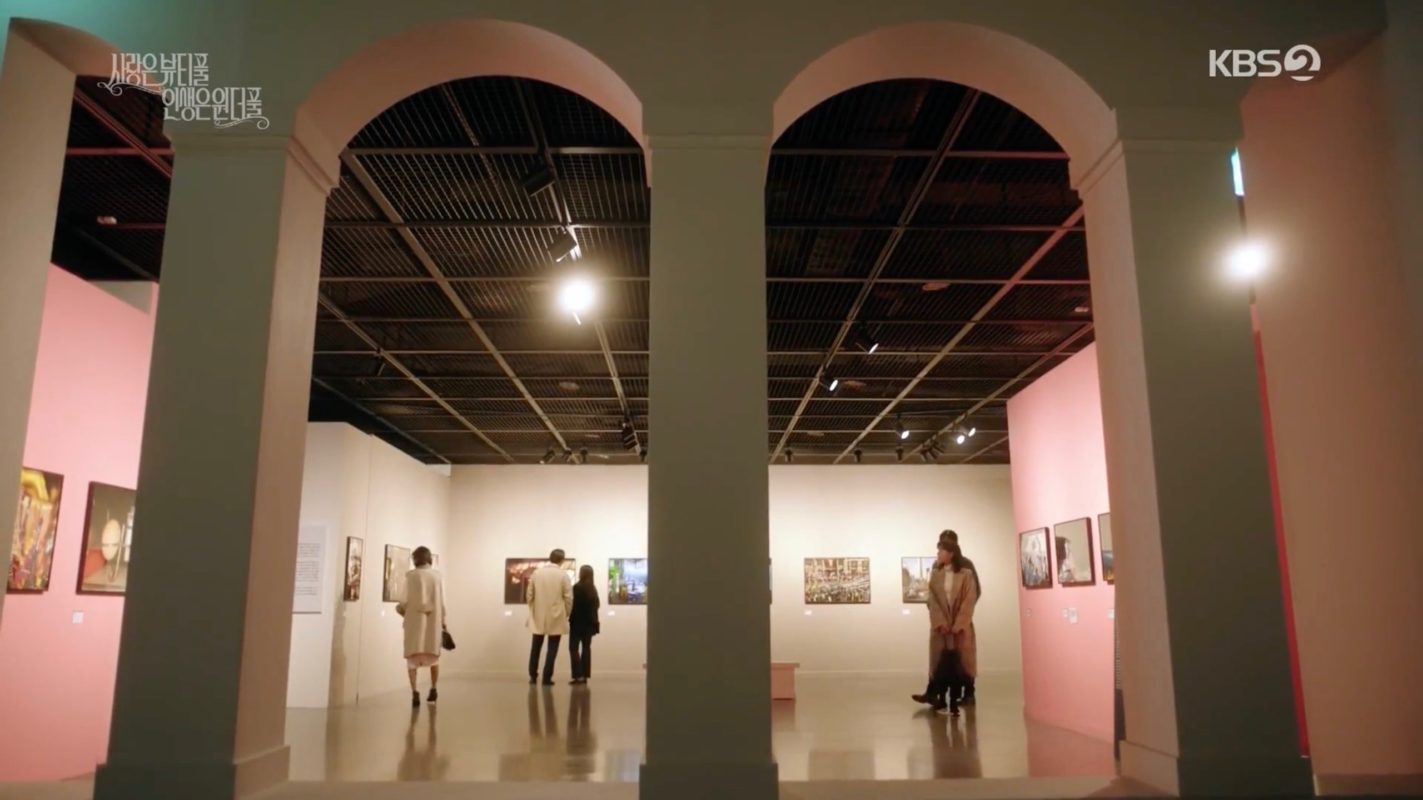 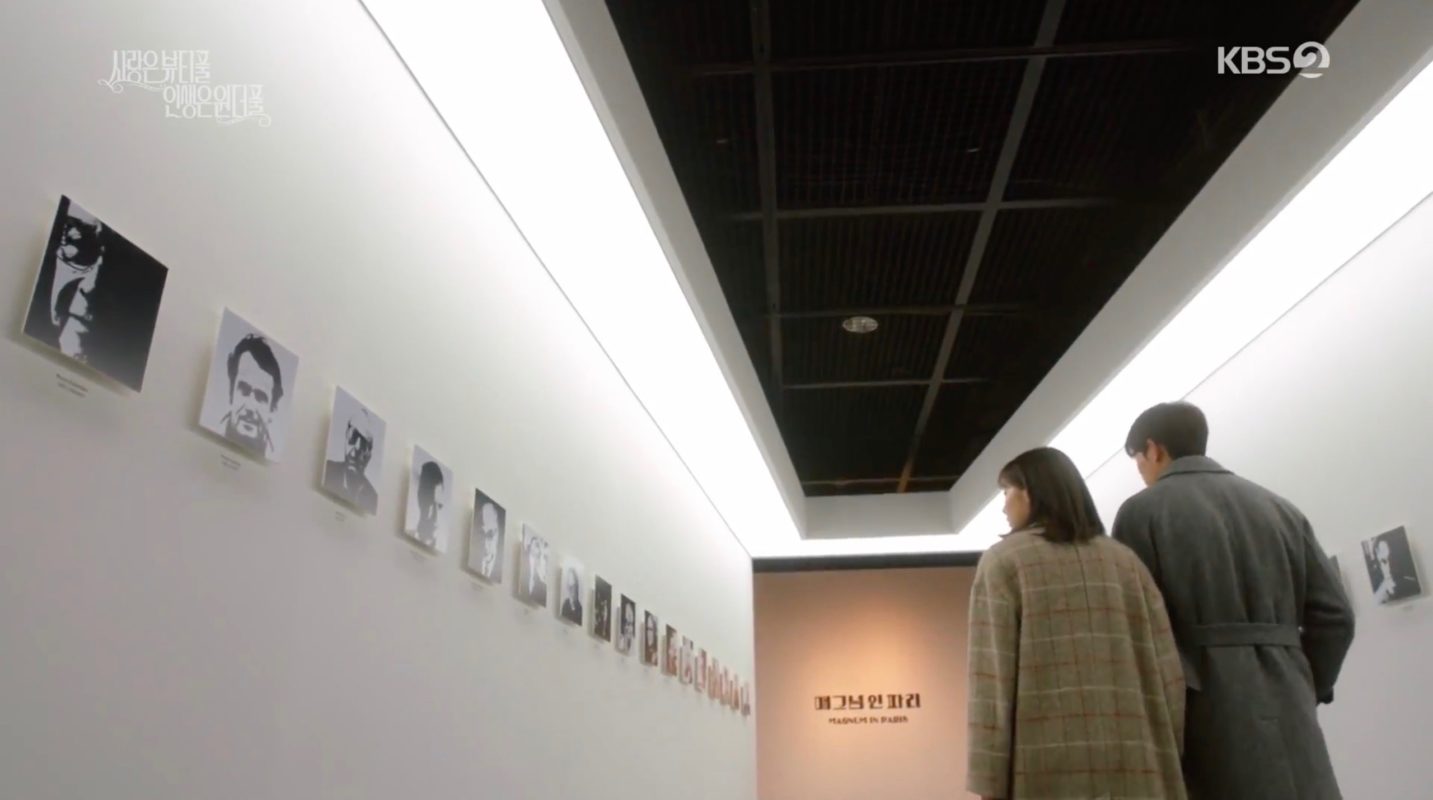 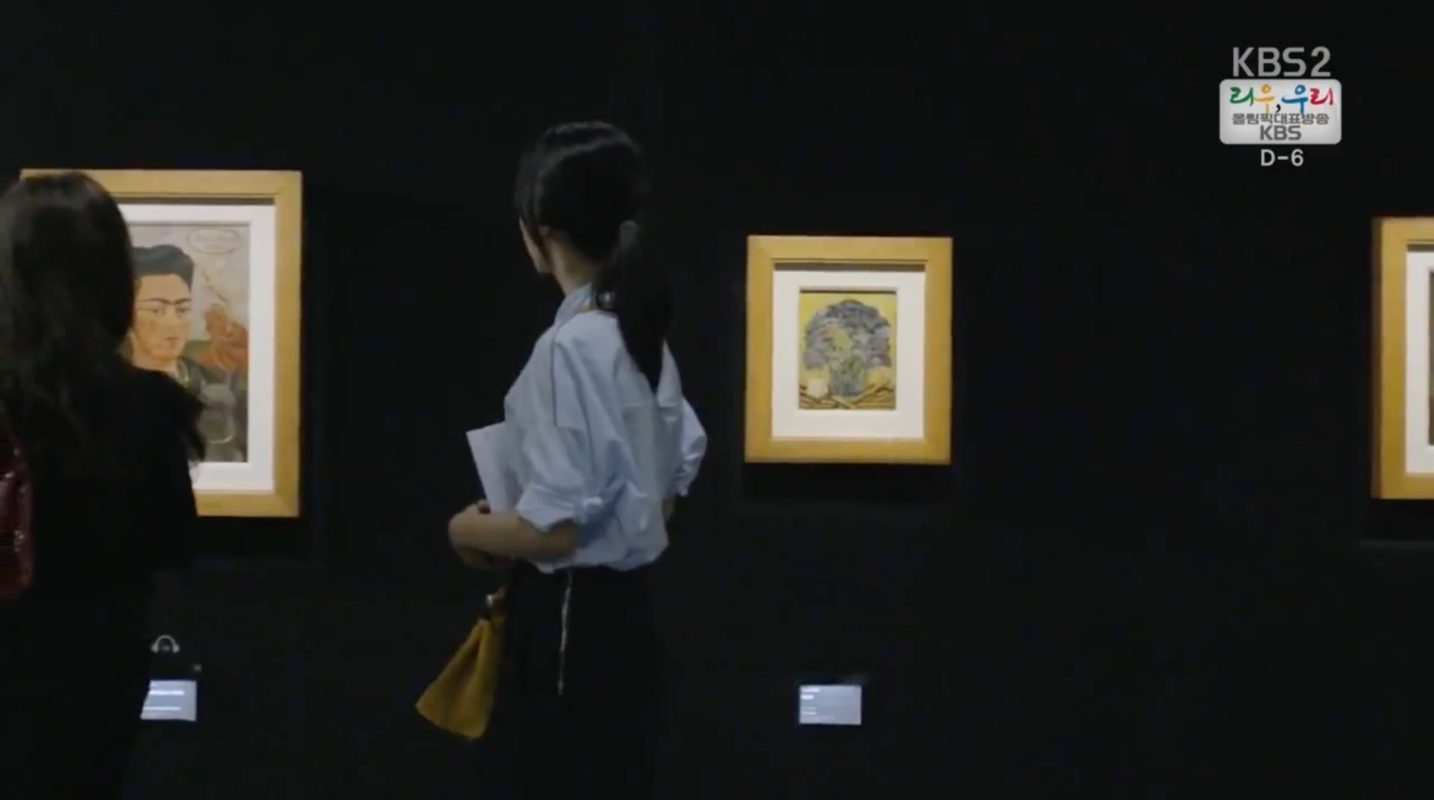 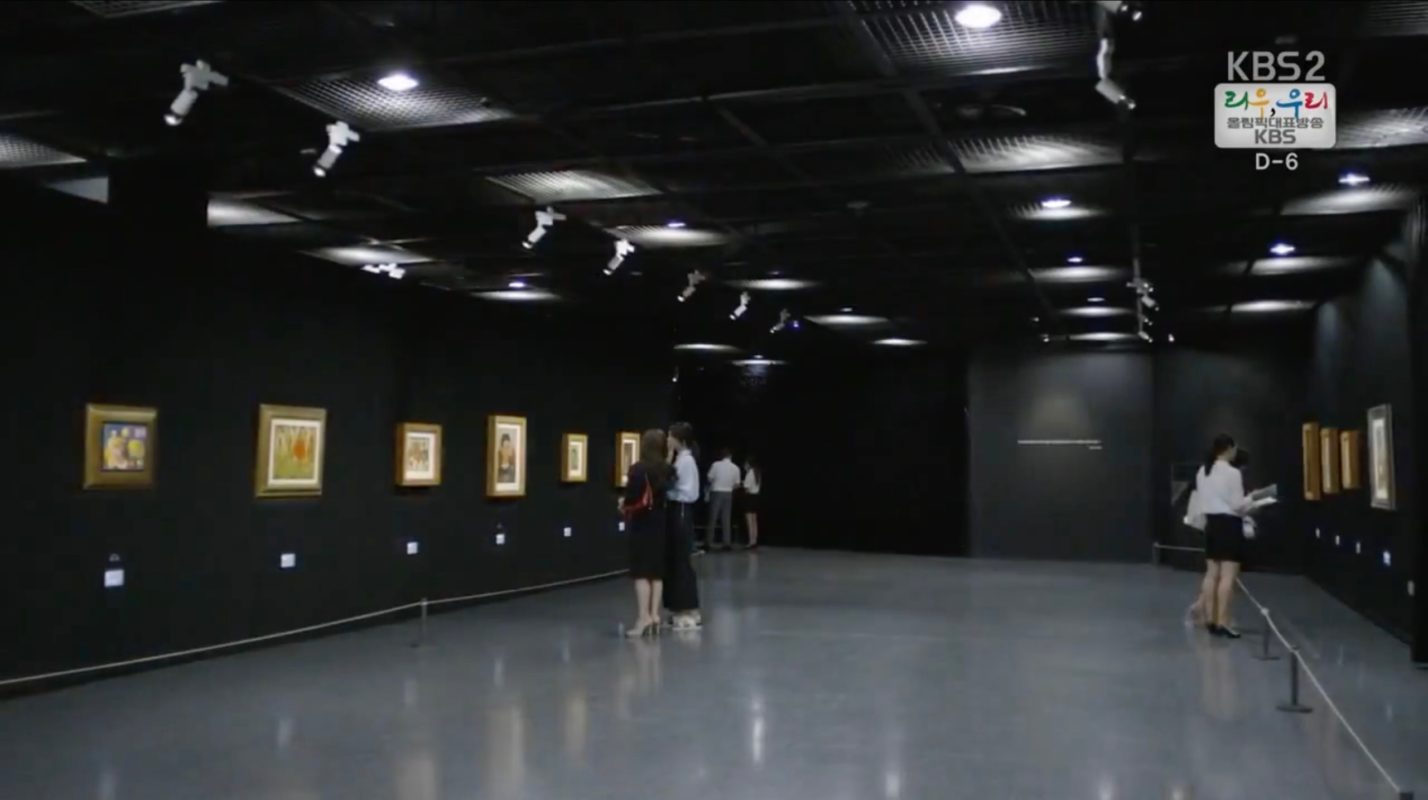 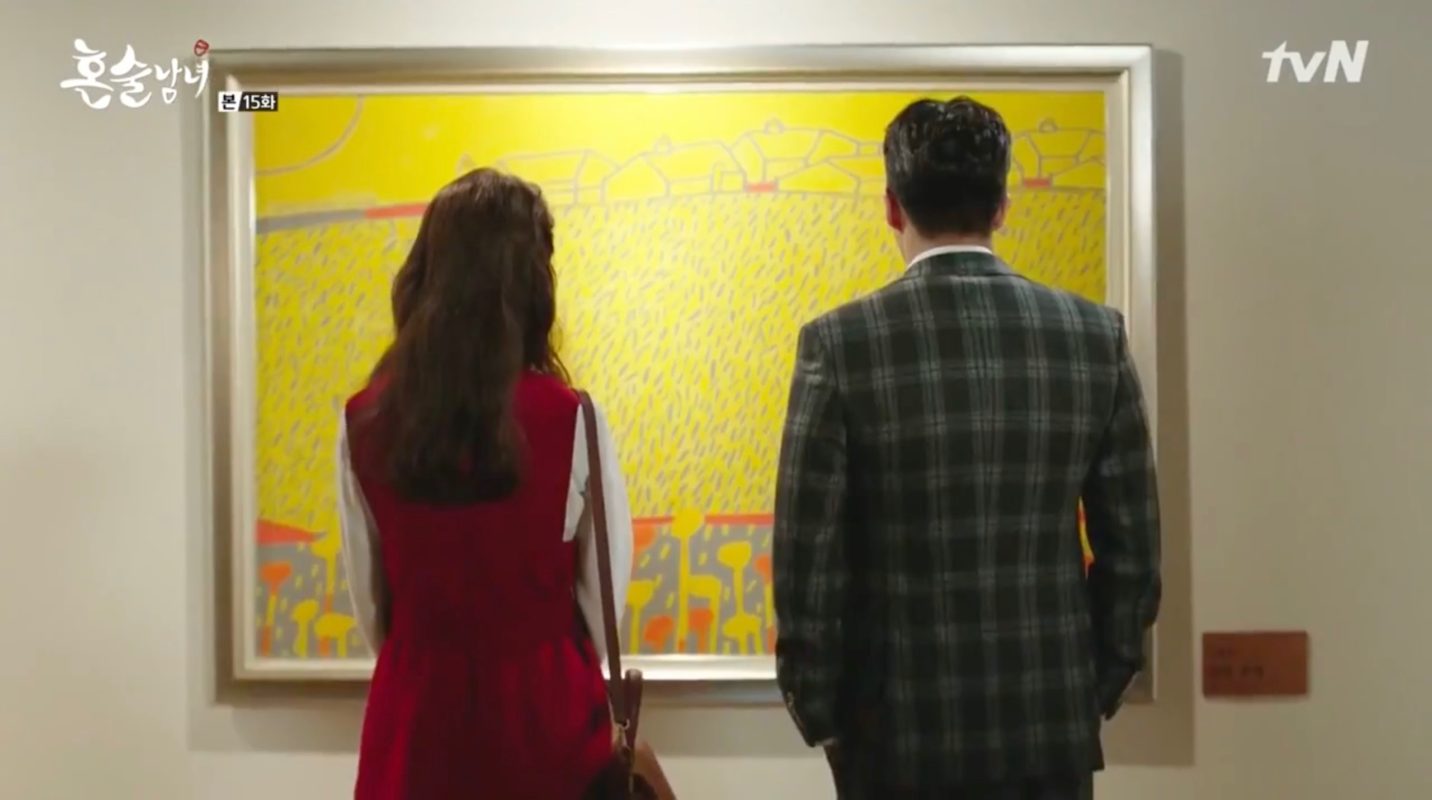 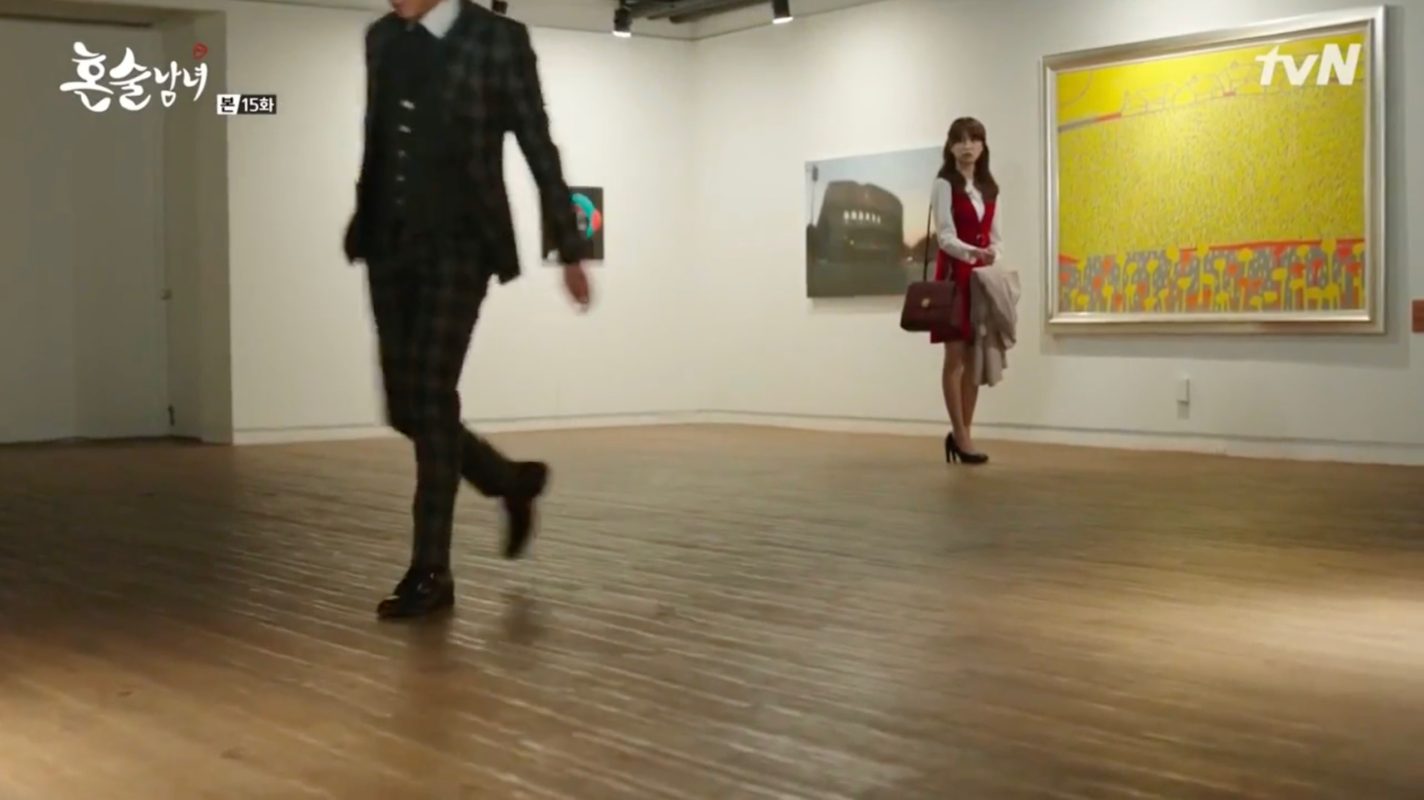 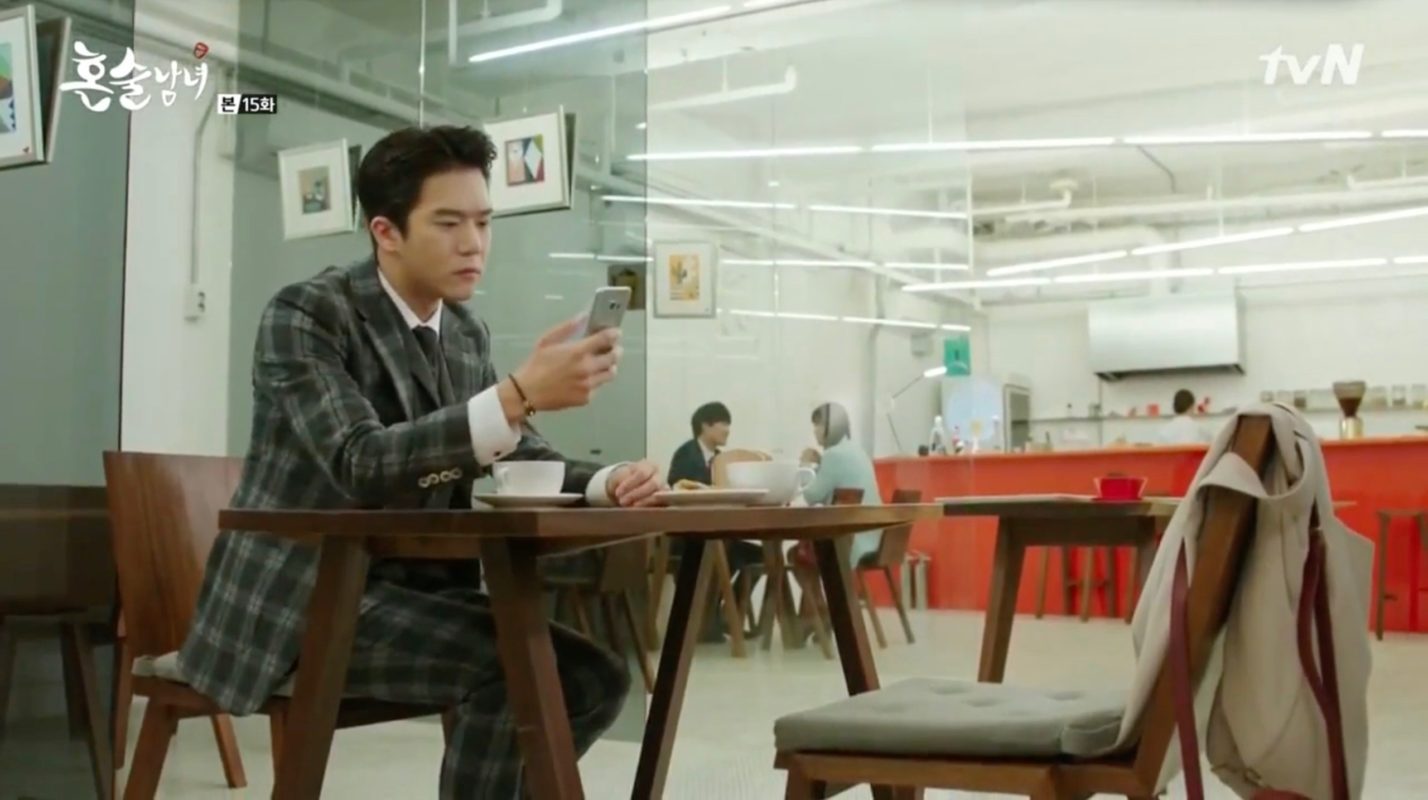 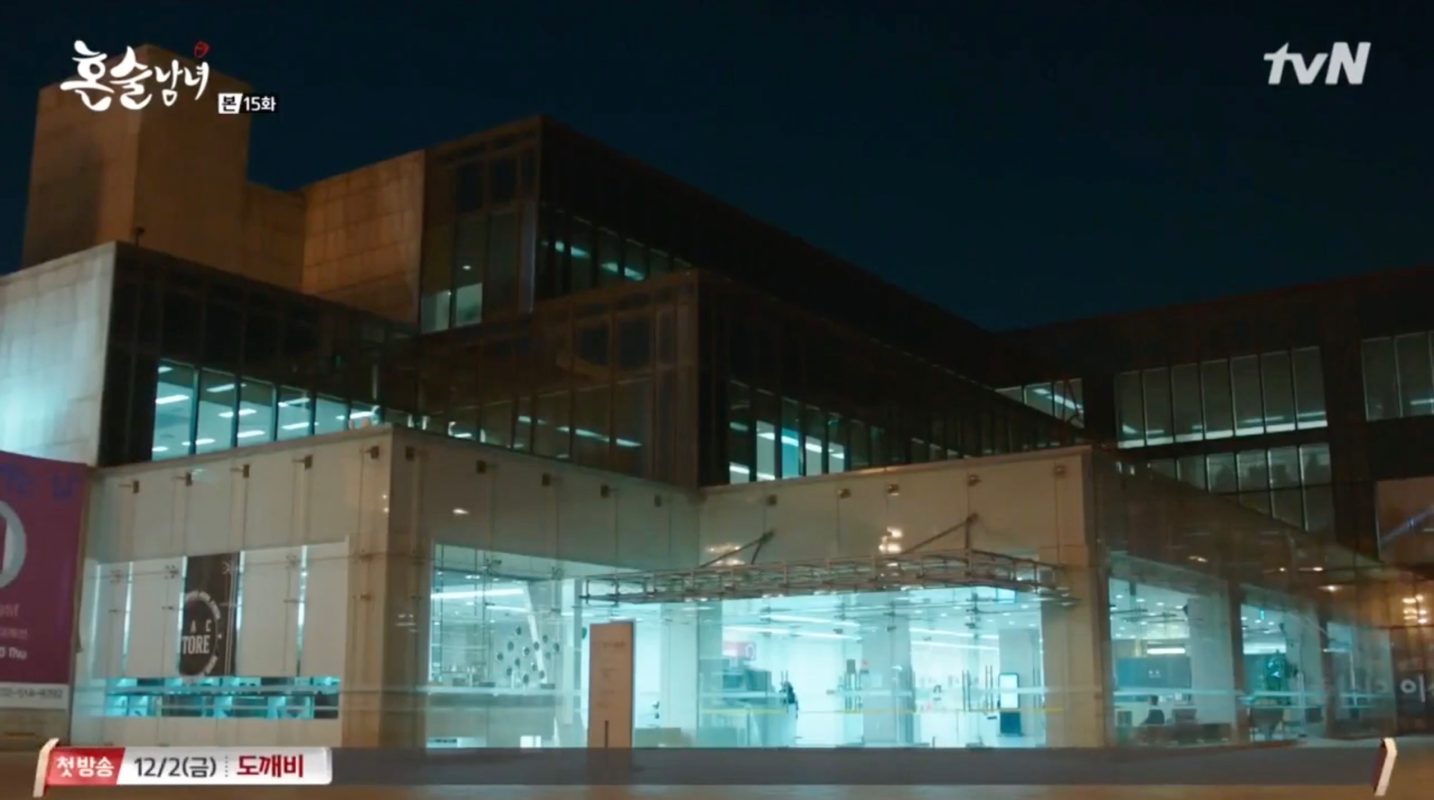 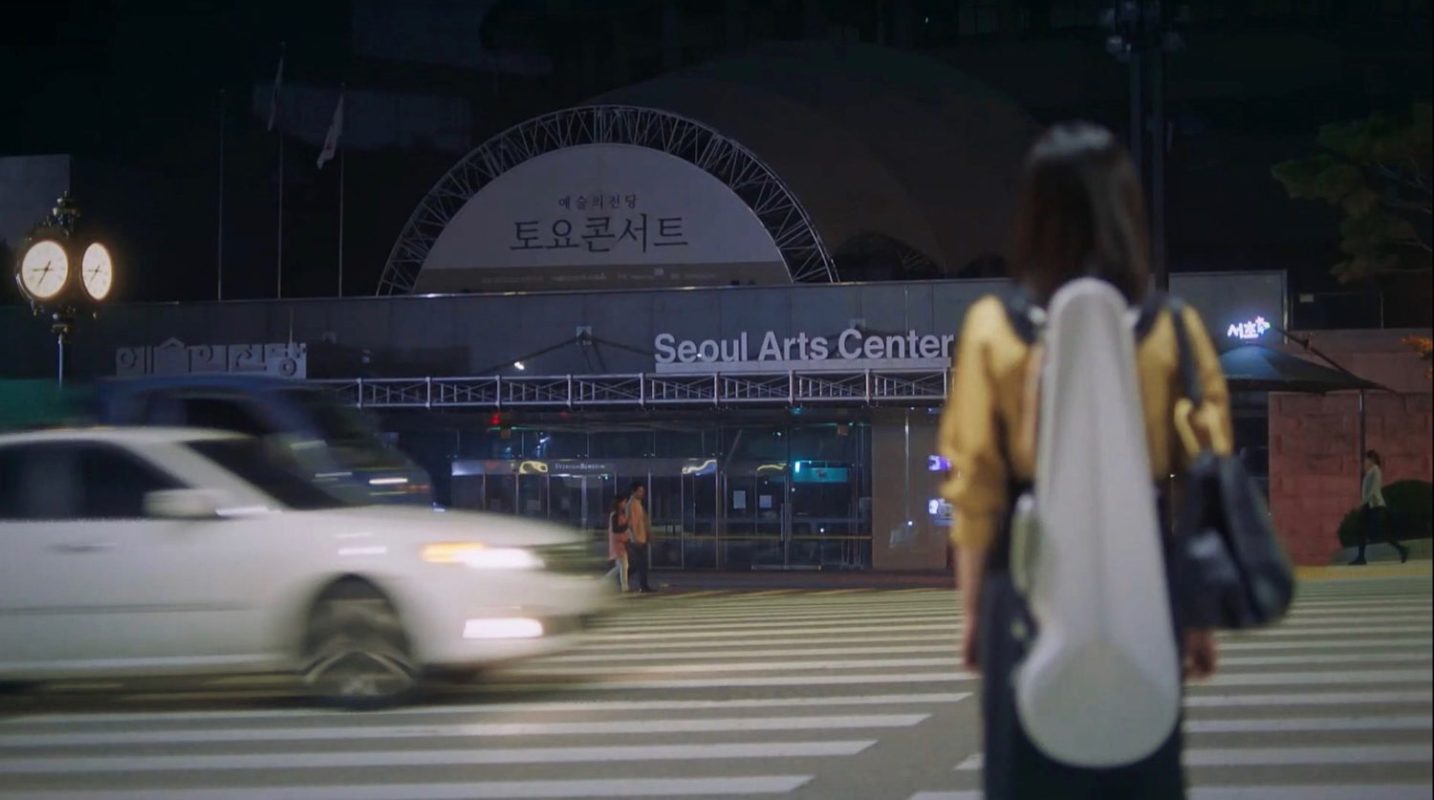 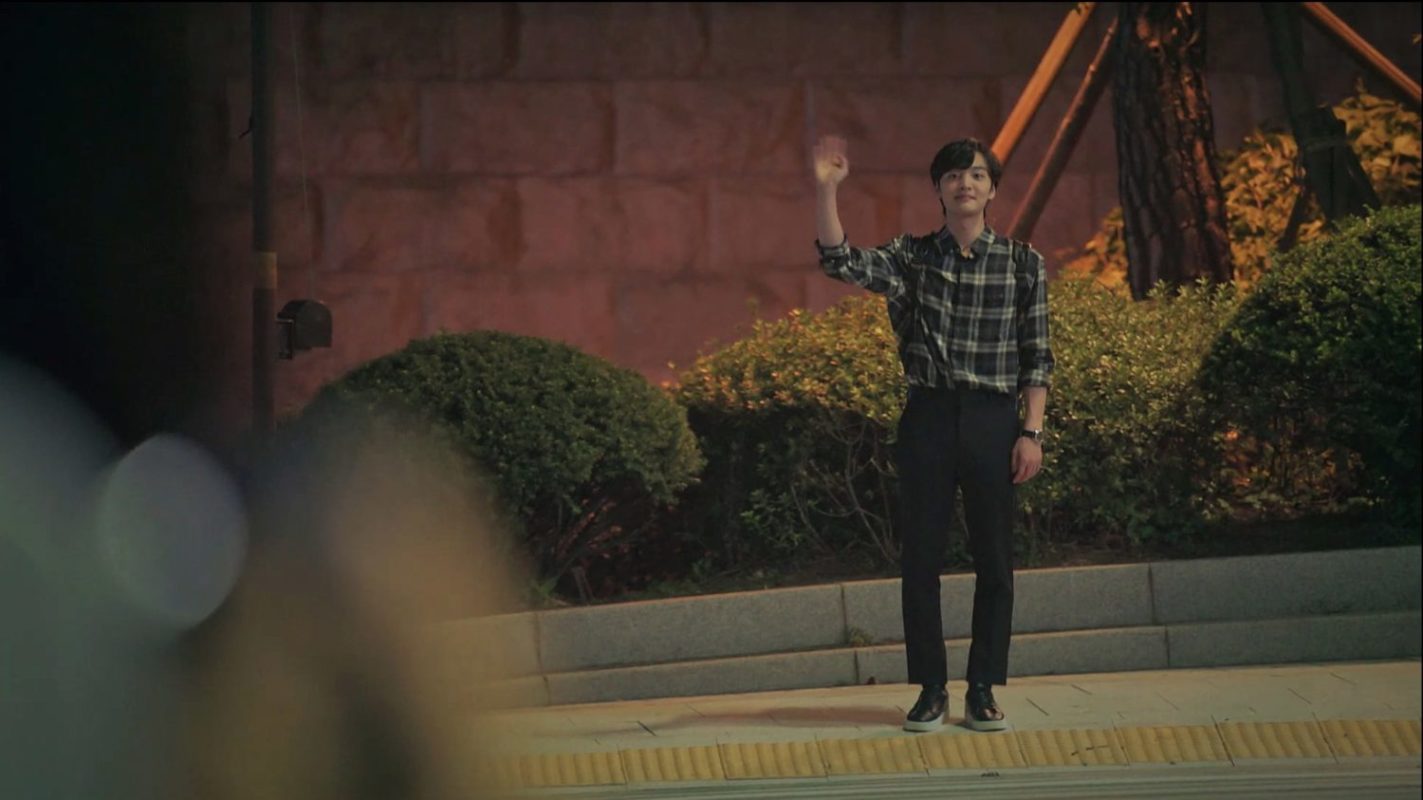 The exterior of this venue is seen as the place where the Seoryeong University 60th Anniversary Concert in episode 1 of Do You Like Brahms? (브람스를 좋아하세요) (SBS, 2020) takes place at which Park Joon-young (Kim Min-jae) plays the piano and Chae Song-a (Park Eun-bin) is supposed to play but then is asked to leave by the conductor. It is again seen in episode 11.

In episode 48 (full episode 24) of Beautiful Love, Wonderful Life (사랑은 뷰티블 인생은 원더풀) (KBS2, 2019), Koo Joon-hwi (Kim Jae-young) takes Kim Cheong-a (Seol In-a) to the exhibition ‘Magnum in Paris’ (running time: September 25, 2019 – February 9, 2020). She stops in front of the photo ‘Eiffel Tower’ by Magnum photographer Elliott Erwitt (Paris, 1989), — featured also on the poste of the exhibition– and makes the wish that they both go to Paris one day and also walk through the streets in the rain with a baguette like the two lovers captured on the image.

Jin Jung-suk (Ha Seek-jin) breaks up with Park Ha-na (Park Ha-sun) in front of the painting “Already memories” by Na Yun-chun at this gallery in episode 15 of Drinking Solo (혼술남녀) (tvN, 2016).

This building is one of the 380 traditional and modern-contemporary buildings in Seoul that were selected for the The Seoul Architectural Guide (2013, page 118).