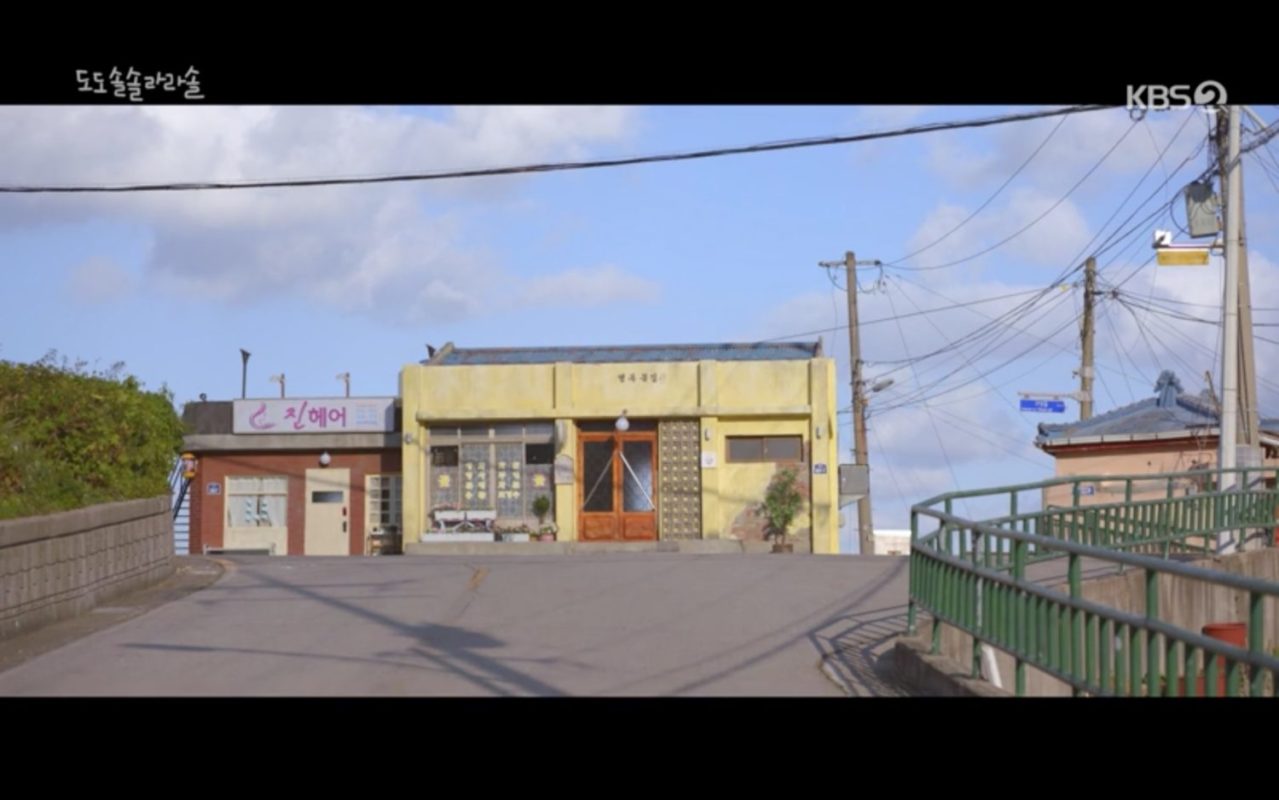 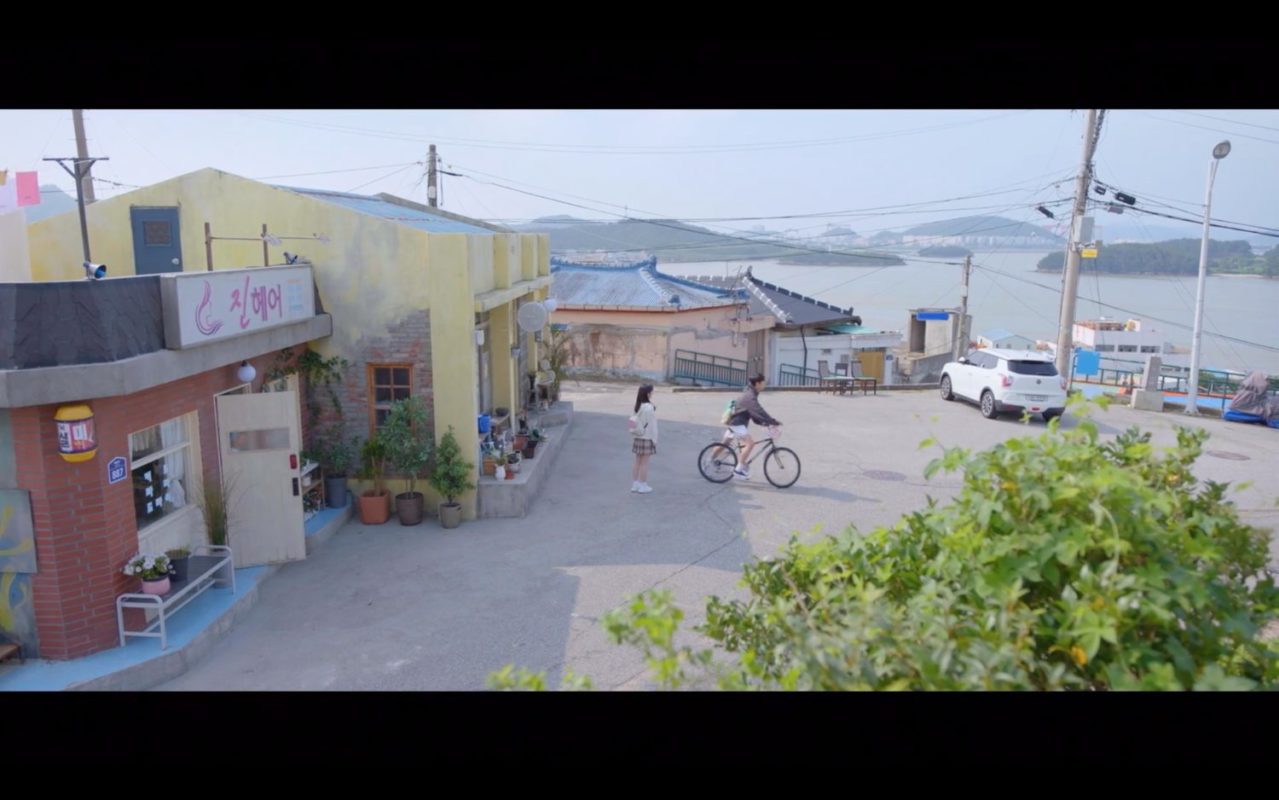 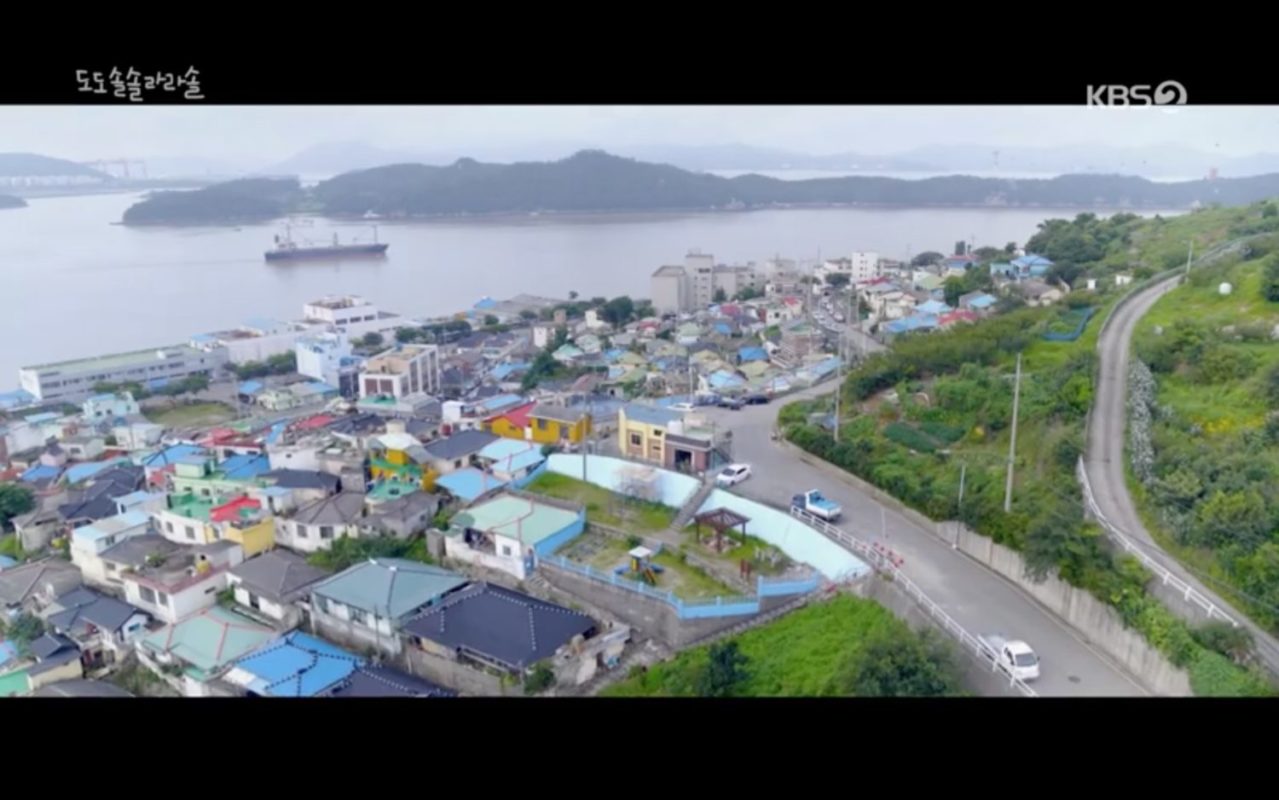 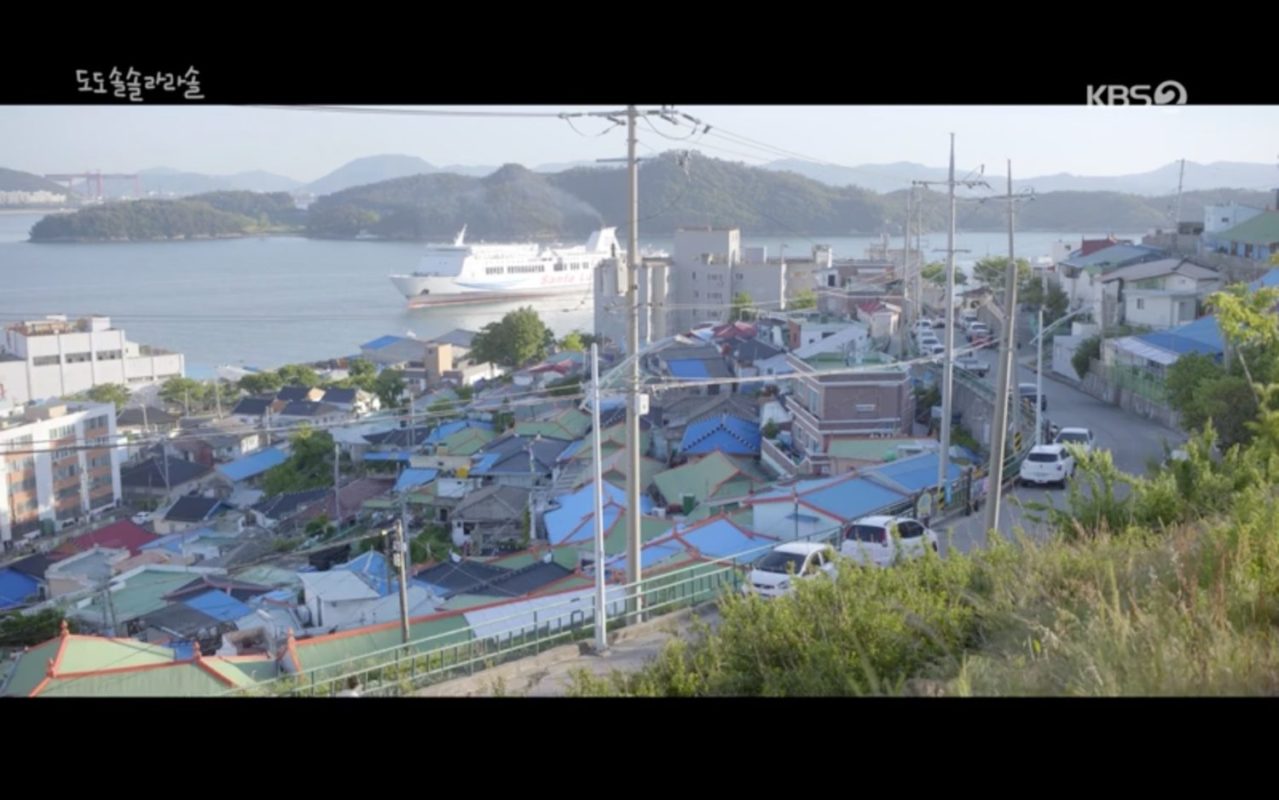 No. 8-28 — The house in which Sun Woo-joon (Lee Jae-wook) lives (appearing to be located in fictional ‘Eunpo City’), along with the neighboring hair salon ‘Jin Beauty Salon’ run by Jin Sook-kyeong (Ye Ji-won) in Do Do Sol Sol La La Sol (도도솔솔라라솔) (KBS2, 2020), is actually part of a film set located on a parking lot on this street. Woo-joon is seen riding down this street on his way to/back from home, for instance, in episode 1. Later, Go Ra-ra (Go Ara ) opens her piano academy ‘La La Land’ here.

Seosan Sihwa Alley [서산동시화골목] is a mural village located in Mokpo’s neighborhood Seosan [Seosan-dong/서산동]. Borimadang [보리마당로] is a street that forms the northern border of this village and the film set in Do Do Sol Sol La La Sol was built on a parking lot that constitutes its eastern frontier.

Similar to other mural villages in South Korea, Seosan Sihwa Alley was home to fishermen’s families. But in recent years, the younger generation moved out of this part of town, to seek a better life in the big city. In 2016, Mokpo City revived the village under the Seosan-dong Sihwa Alleyway Project (서산동 시화골목길 조성사업); itself part of Mokpo’s Urban Regeneration Leading Area Project [도시재생선도지역사업]. “Sihwa” refers to the poems and pictures that now ornate the walls of this little village — some of the poems, are said to be written by the villagers themselves. The Korea Tourism organization supports this village with incentives given to tour organisers for bringing their clients to this part of town from March to November 2020.