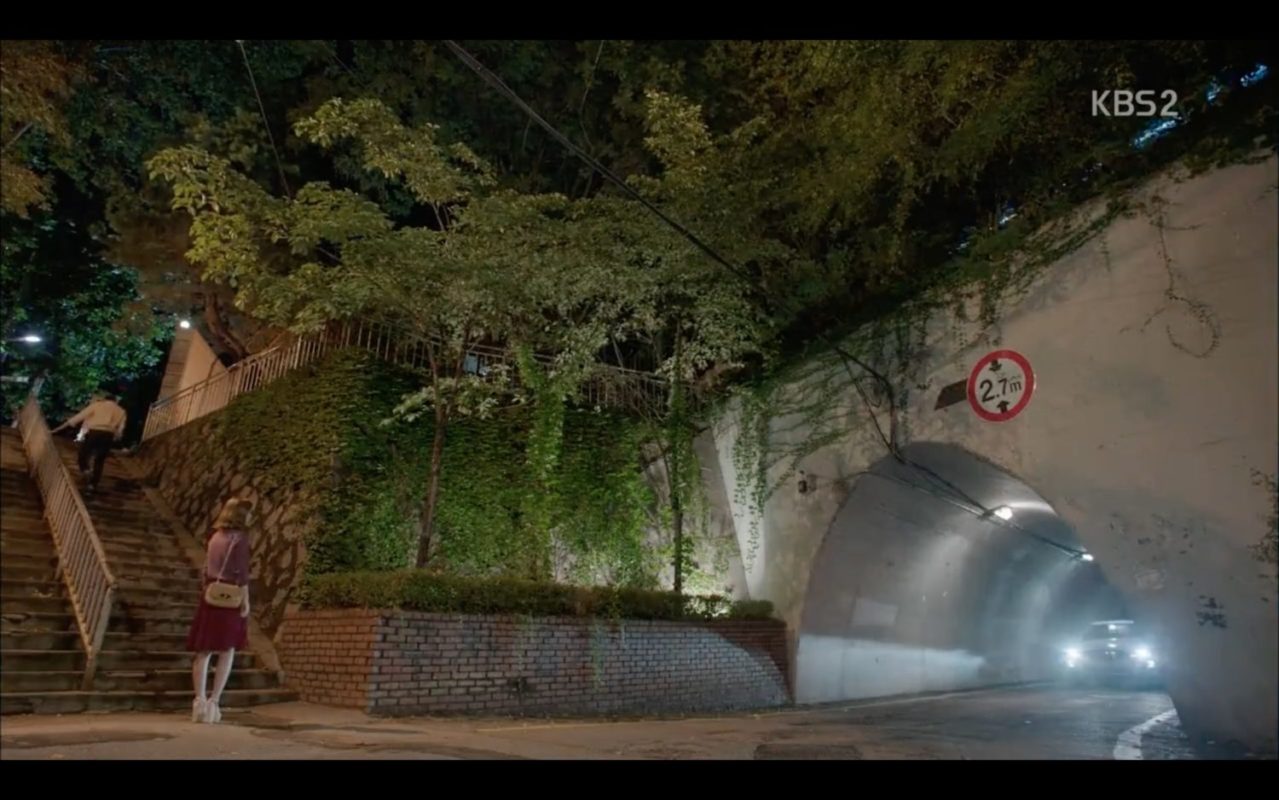 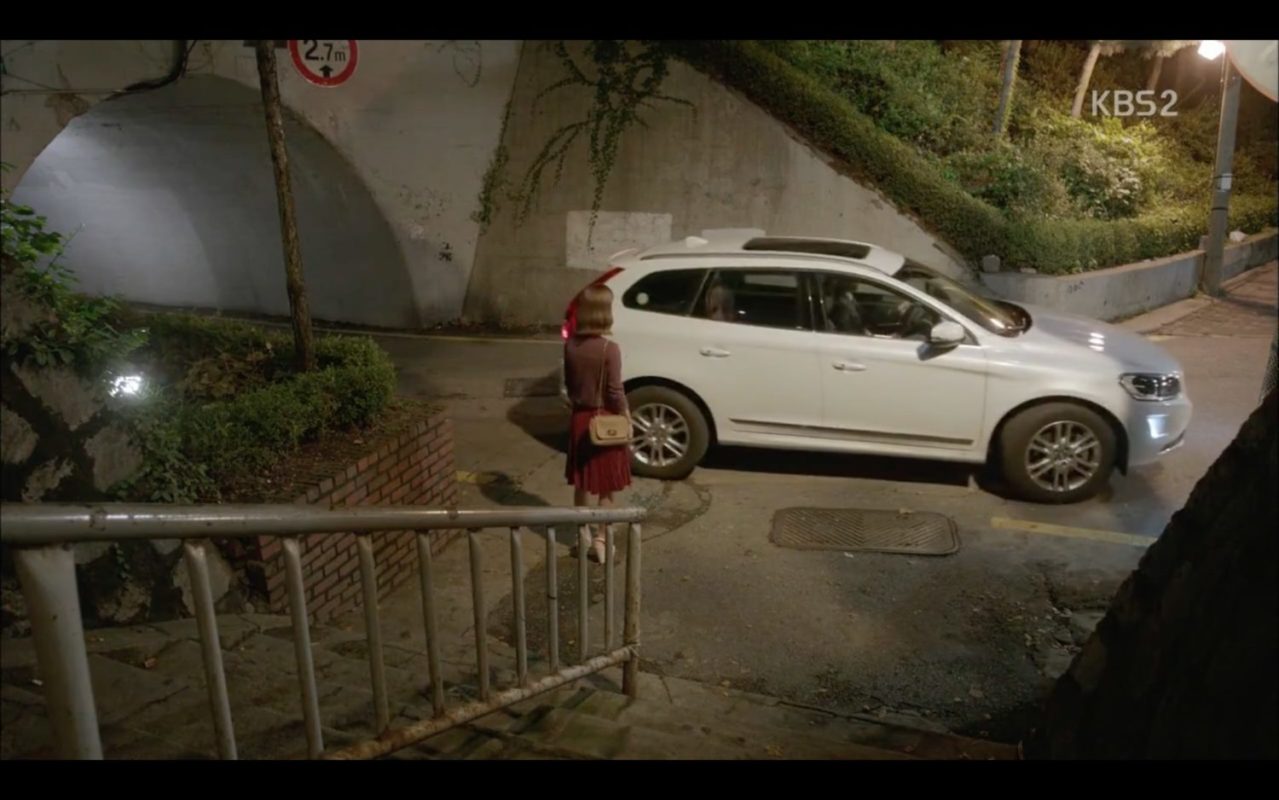 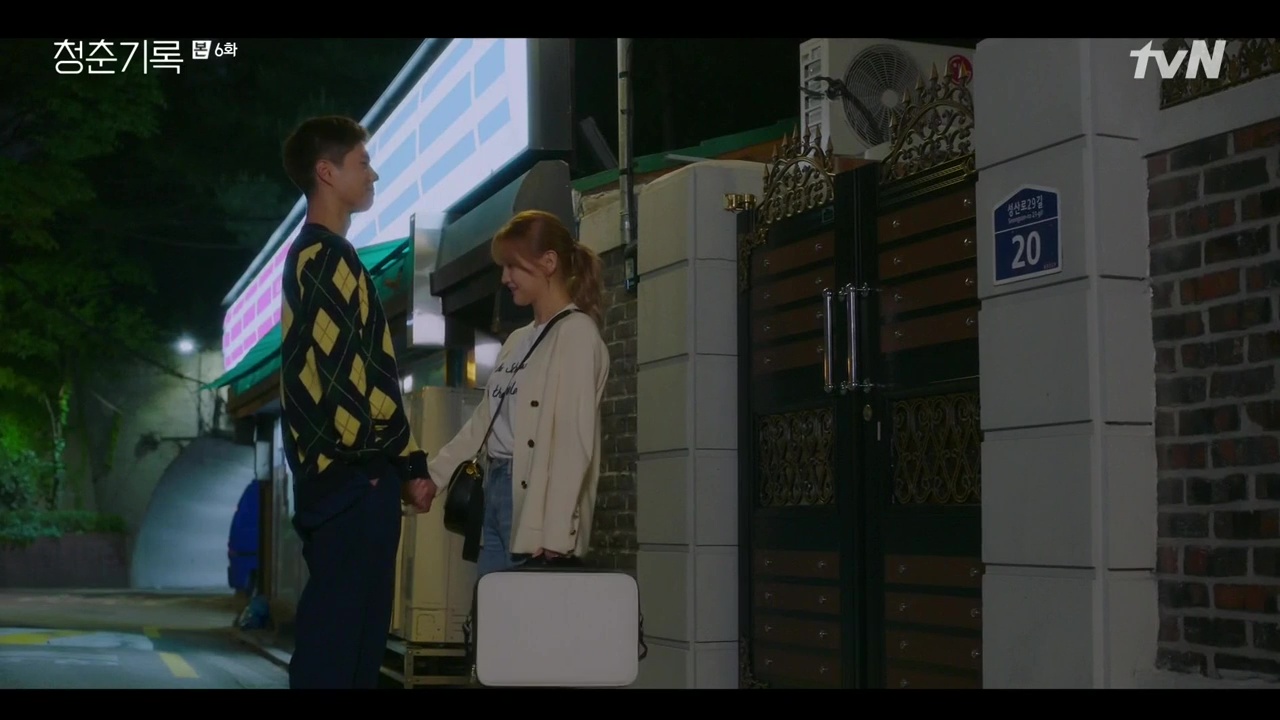 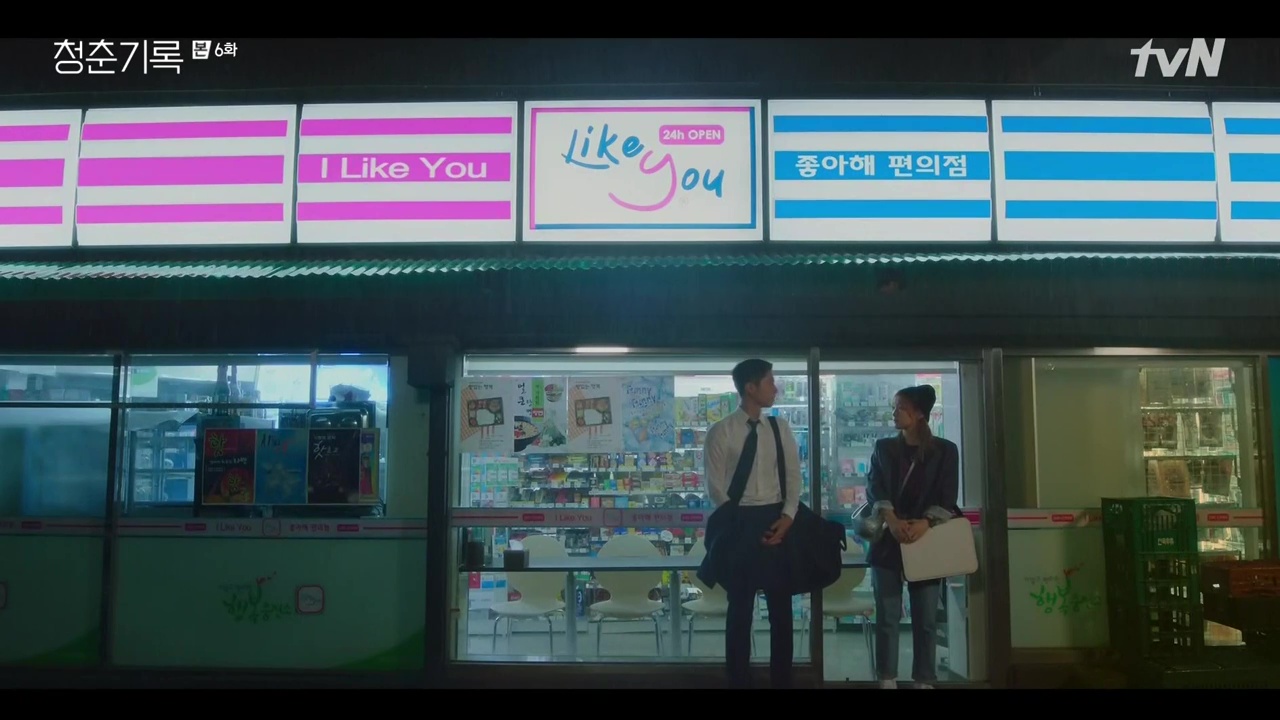 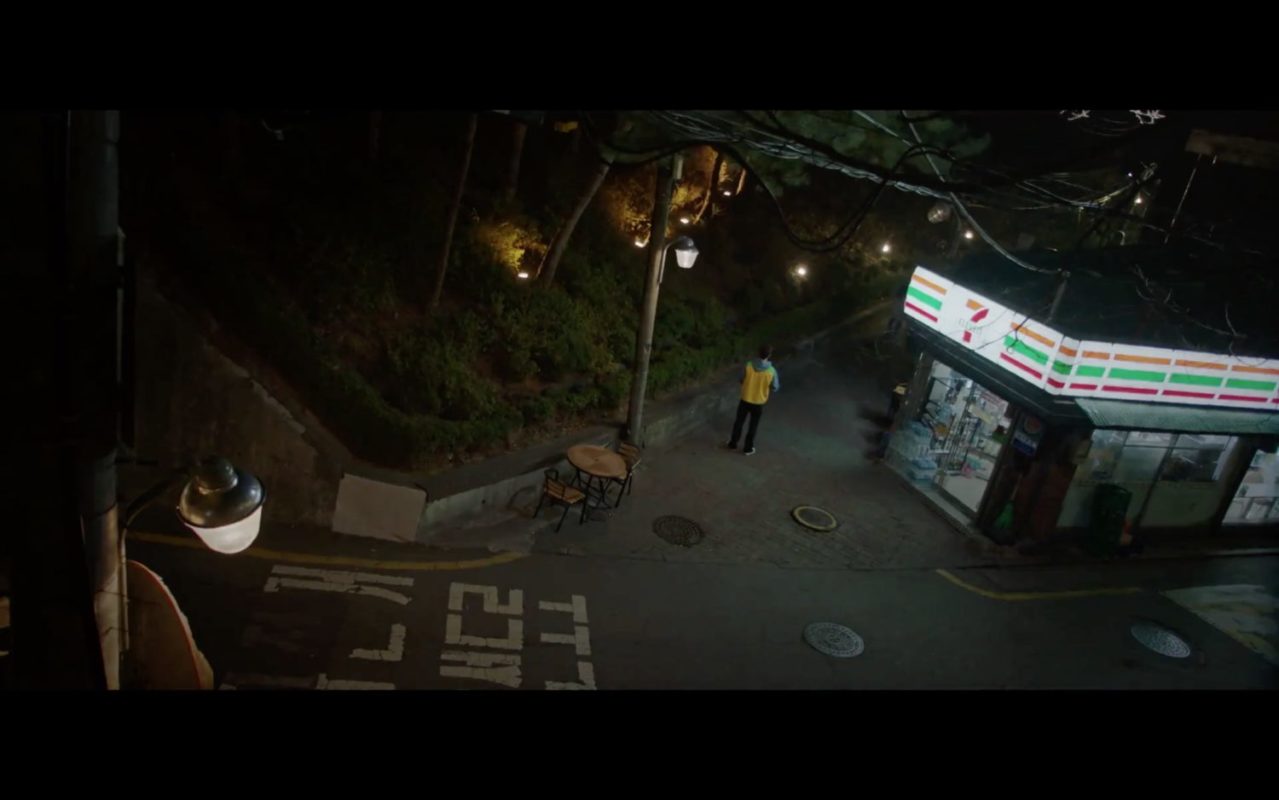 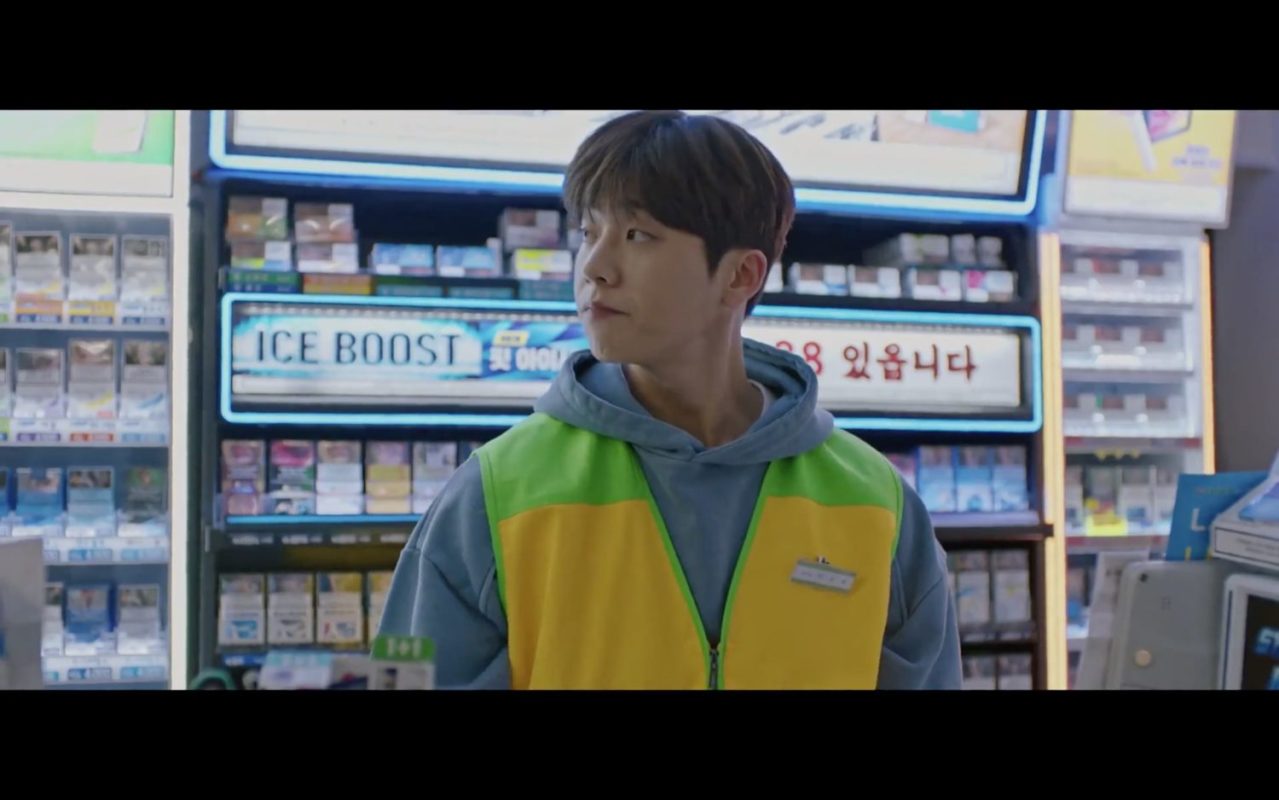 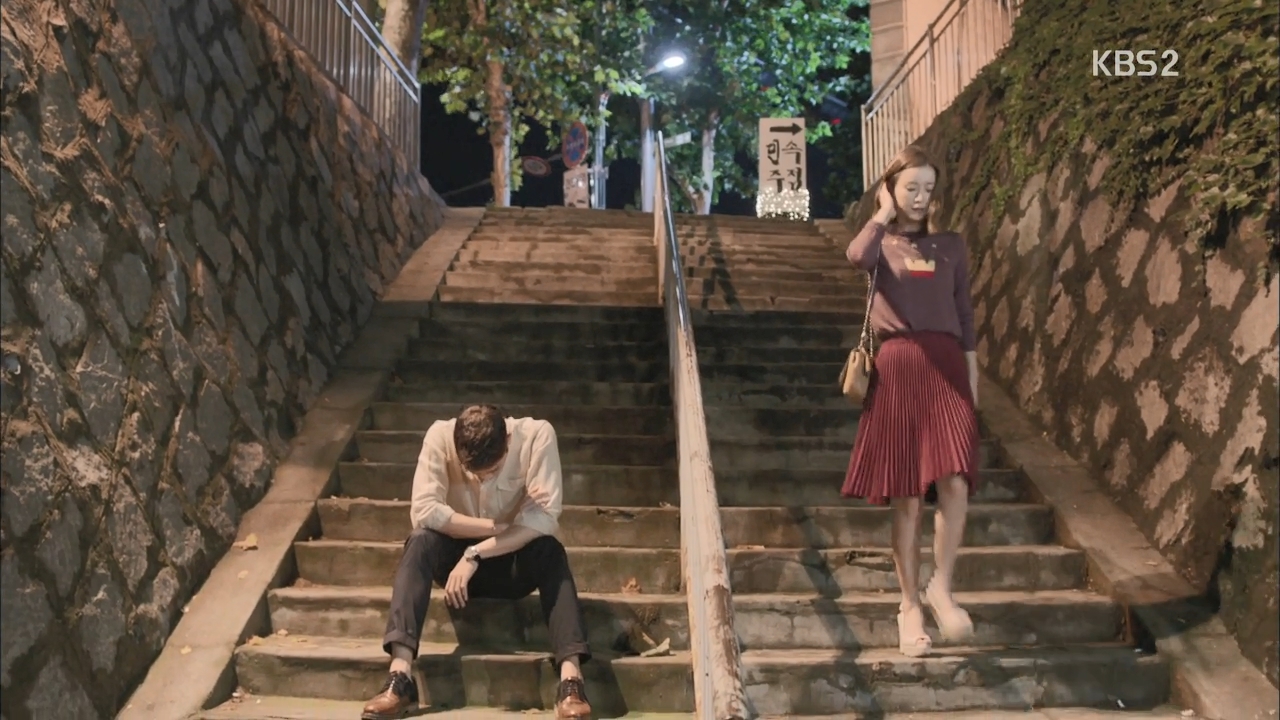 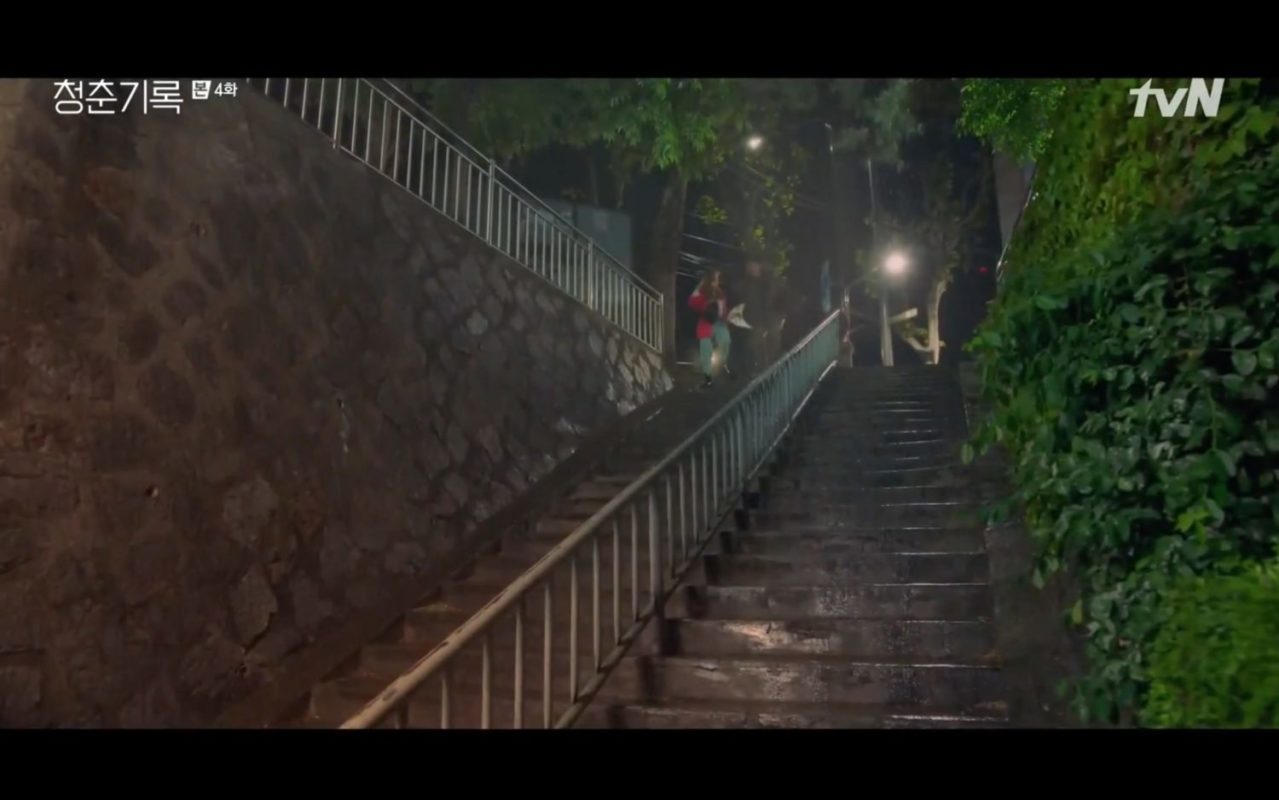 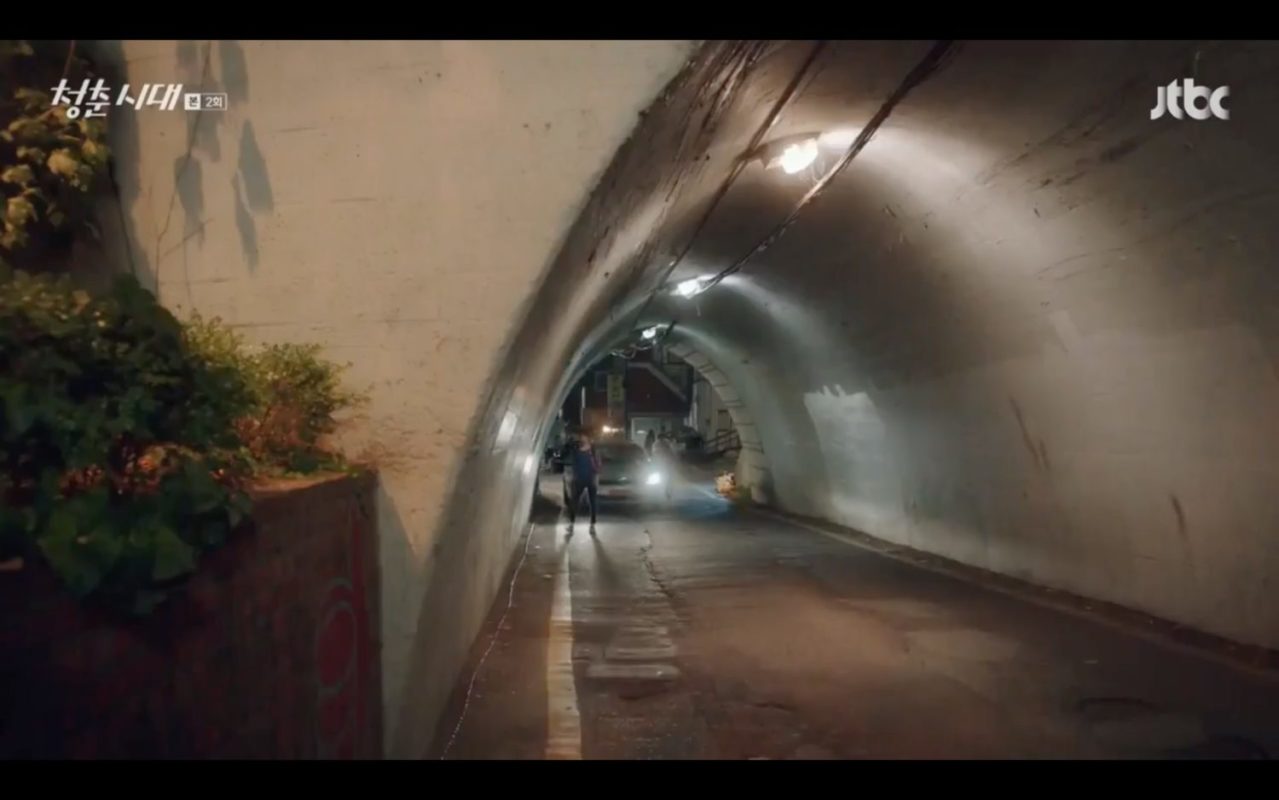 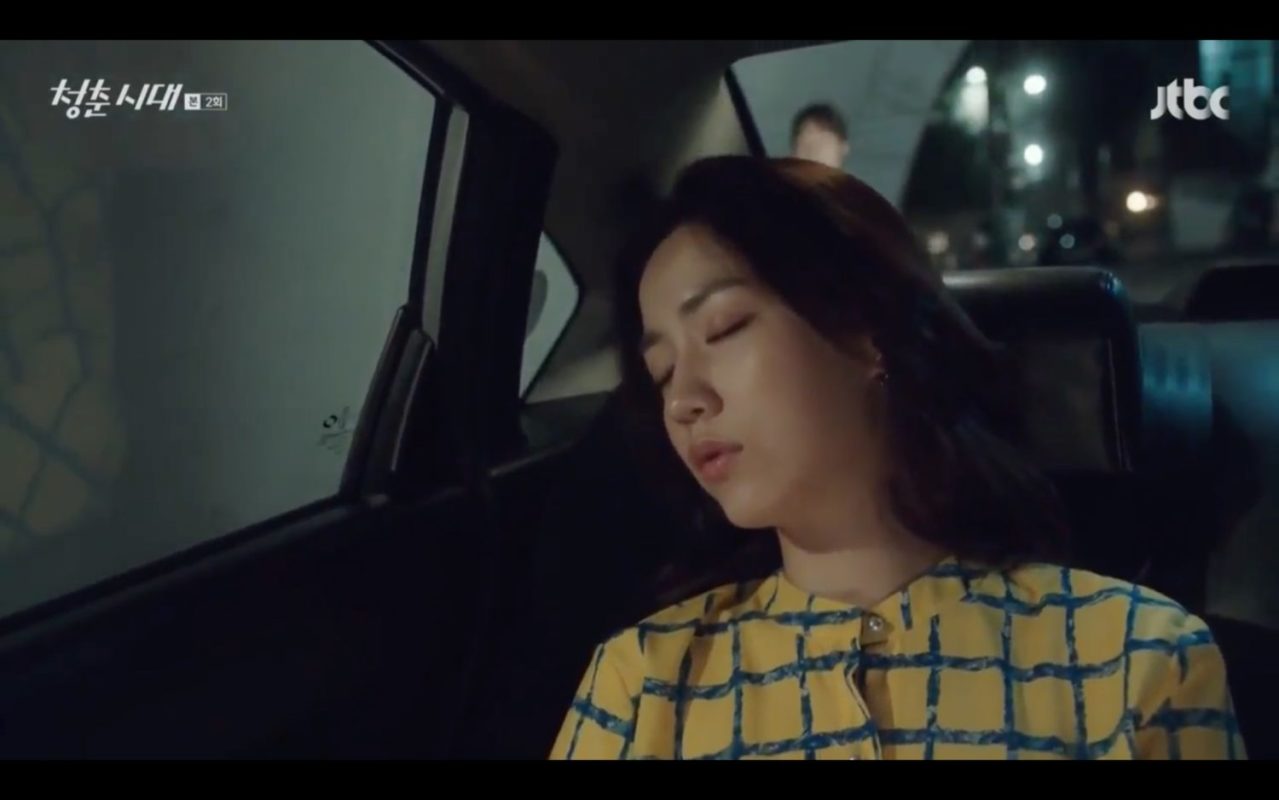 This small street is where Ahn Jeong-ha (Park So-dam) lives, in the building next to the “I Like You” convenience store in Record of Youth/The Moment/Youth Record (청춘기록) (tvN, 2020). In episode 1, she is shown walking along the street with a work friend, and filming herself while giving makeup tips for her video channel. In episodes 5 and 6, Sa Hye-joon (Park Bo-gum) walks her home and they are forced to take shelter from the rain outside the convenience store, even though her front door is only a few metres away. After Hye-joon has admitted to Jeong-ha that he likes her, he walks home through the nearby tunnel in episode 6, willing himself not to turn around to check if Jeong-ha is still waiting behind him.

The tunnel is also regularly shown (from Episode 2) in Age of Youth I/Hello, My Twenties! (청춘시대) (JTBC, 2016), when financially well-off student/escort Yi-na (Hwa Young) travels comfortably by car, and always passes housemate and student Jin-myung (Han Ye-ri) here as she is walking home or to one of her part time jobs. However, Yi-na never stops the car to give her friend a lift.

A drunk Kang Tae-ha (Eric) waits on the stairs leading to this street for Han Yeo-reum (Jung Yu-mi) in episode 5 of Discovery of Love/Discovery of Romance (연애의 발견) (KBS2, 2014). [Spoiler] When she passes by him, he tells her that he likes her, leaving after his confession while she continues walking and gets picked up by Nam Ha-jin (Sung Joon).

Lee Moon-se (Ji Min-hyuk) meets up with friend Hong Chae-ri (Yeri from Red Velvet)
and argues with her outside this convenience store in Mint Condition (민트 컨디션) (tvN, 2021, Drama Stage Series — single episode) before both help to search for a missing neighbourhood grandmother.

Lee Gil-Yong (Chae Jong-Hyeop) works part-time at this convenience store in The Witch’s Diner/Come to the Witch’s Restaurant (마녀식당으로 오세요) (TVING, 2021) — as seen, for instance, in episode 1.

Seongsan-ro 22-gil [성산로 22길] is actually three small, adjacent streets near the Sinchon restaurant area in Seoul’s neighborhood Changcheon [Changcheon-dong/창천동] —administered by the neighborhood of Sinchon [Sinchon-dong/신촌동]— in the Seodaemun district [Seodaemun-gu/서대문구]. The street featured in Record of Youth joins to the main road, Seongsan-ro [성산로], and at the other end (through the tunnel under the Gyeongui train line, it intersects with Yonsei-ro 11-gil [연세로11길] and 13-gil [연세로13길], and Sinchon-ro 9-gil. The stairs lead up to the large bus interchange on Seongsan-ro, and Yonsei University — Sinchon Campus [연세대학교 신촌캠퍼스] is across the road.

Getting here
Sinchon Station [신촌역], Seoul Subway Line 2, Exit 2
Walk 5 minutes up the main street of Sinchon towards Yonsei University. Turn left into Yonsei-ro 11-gil –before the railway bridge and church– and continue until you see the tunnel near the intersection, just past the CU convenience store; about 11 min. total.

— submitted by sarahms
— The Witch’s Diner added by Marion KDL