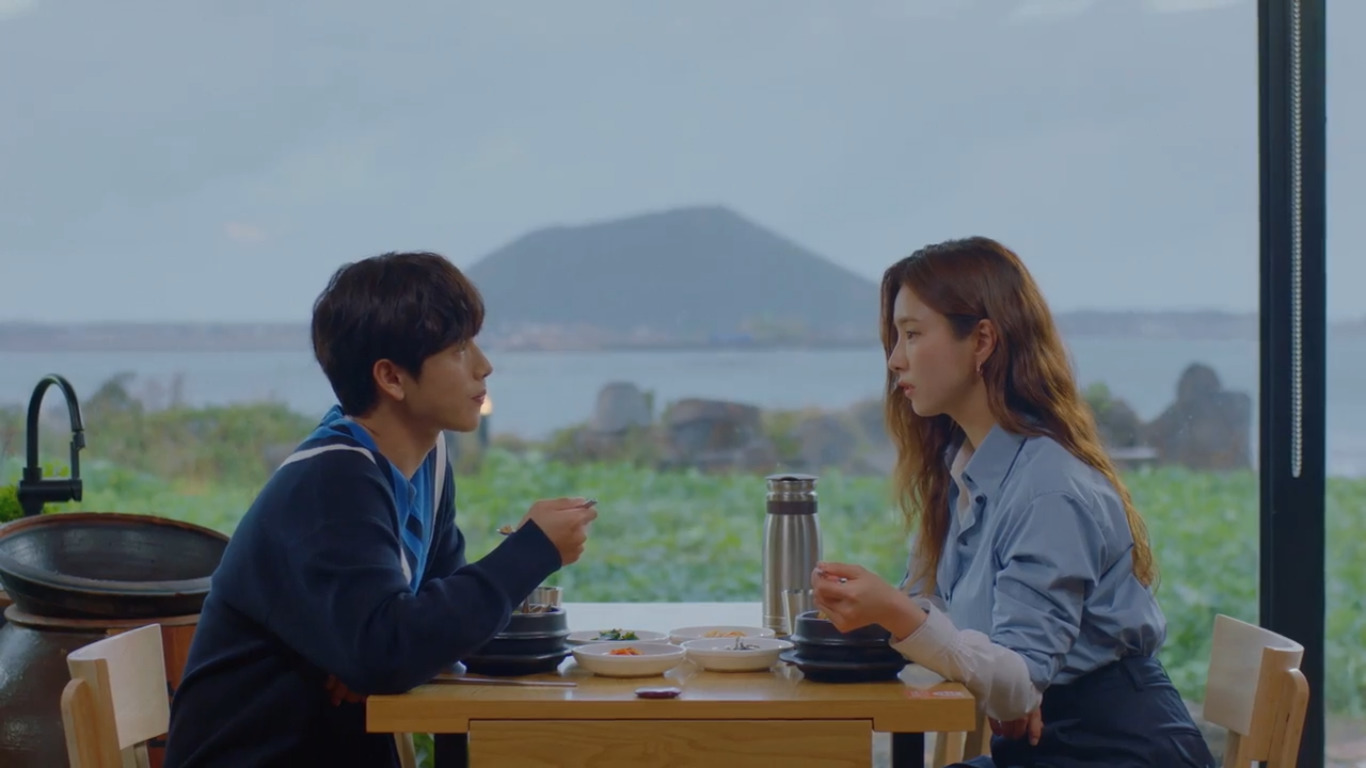 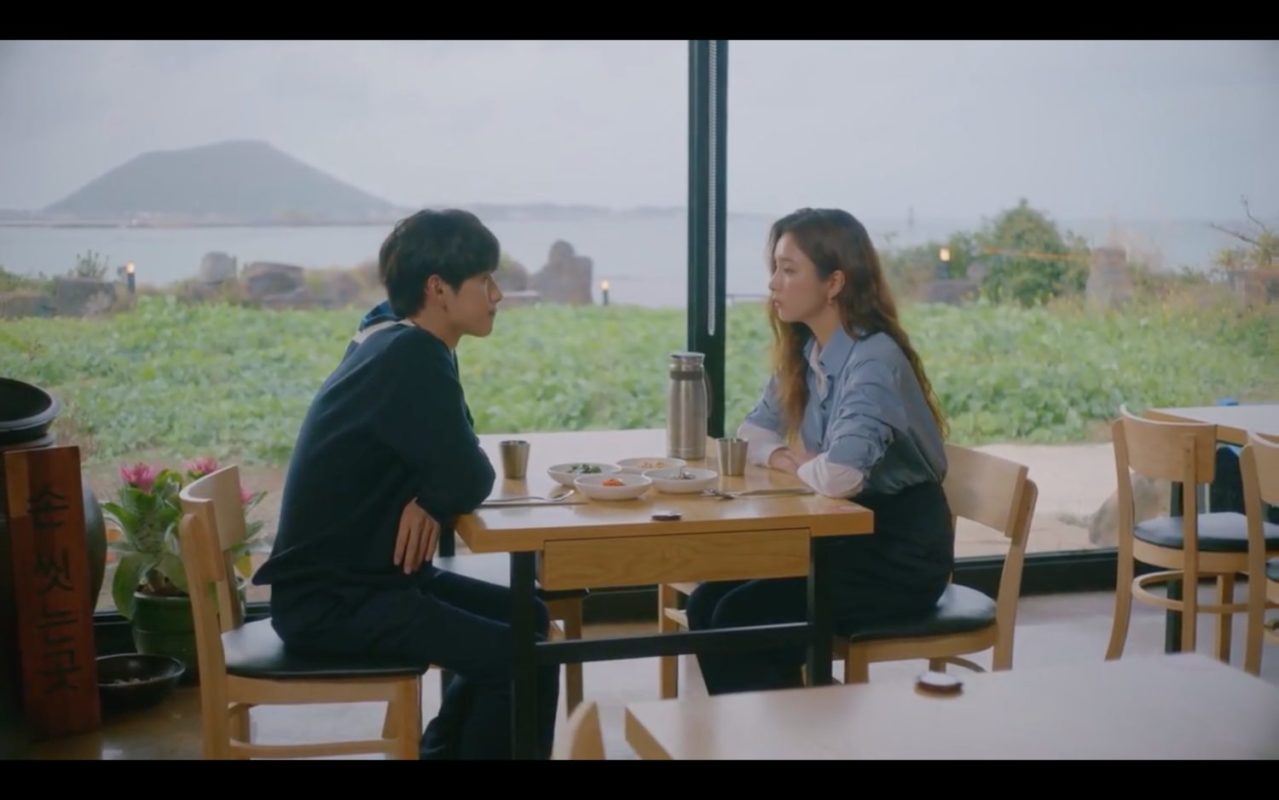 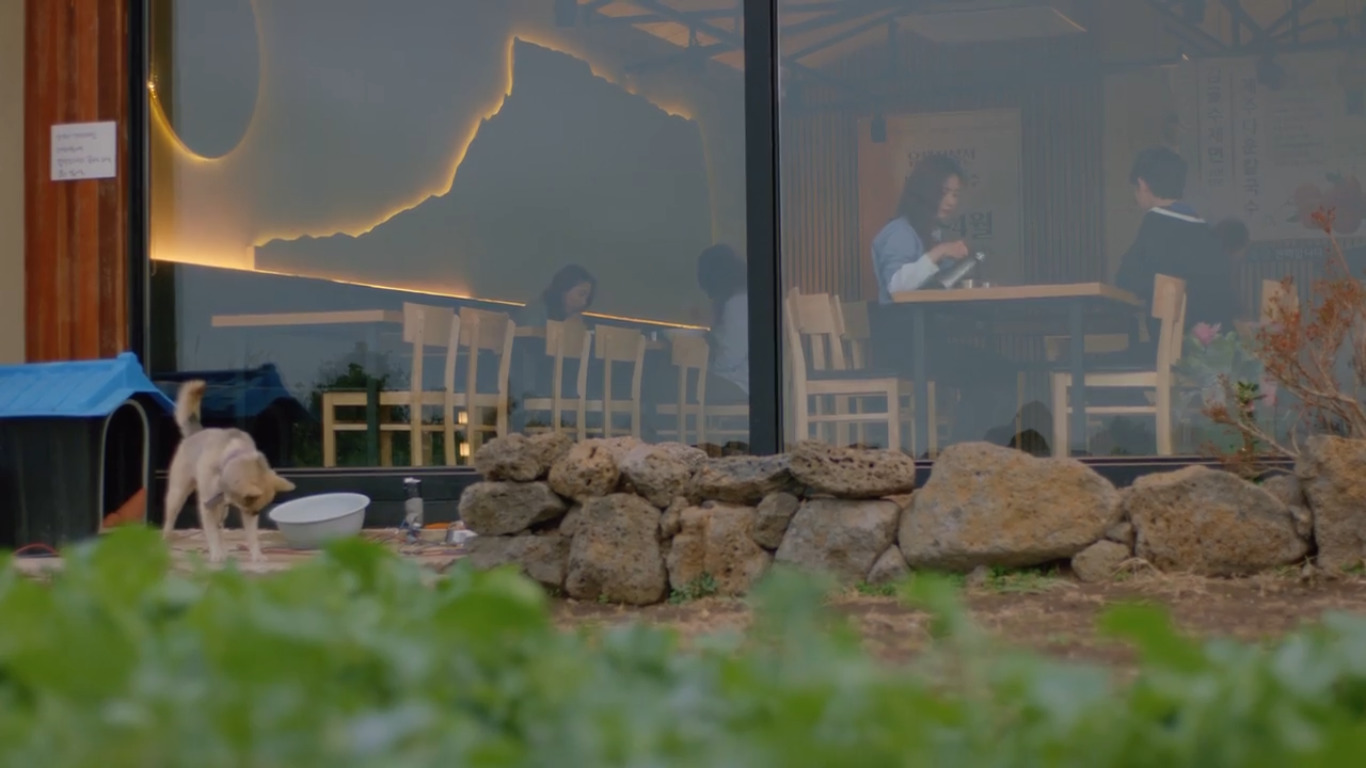 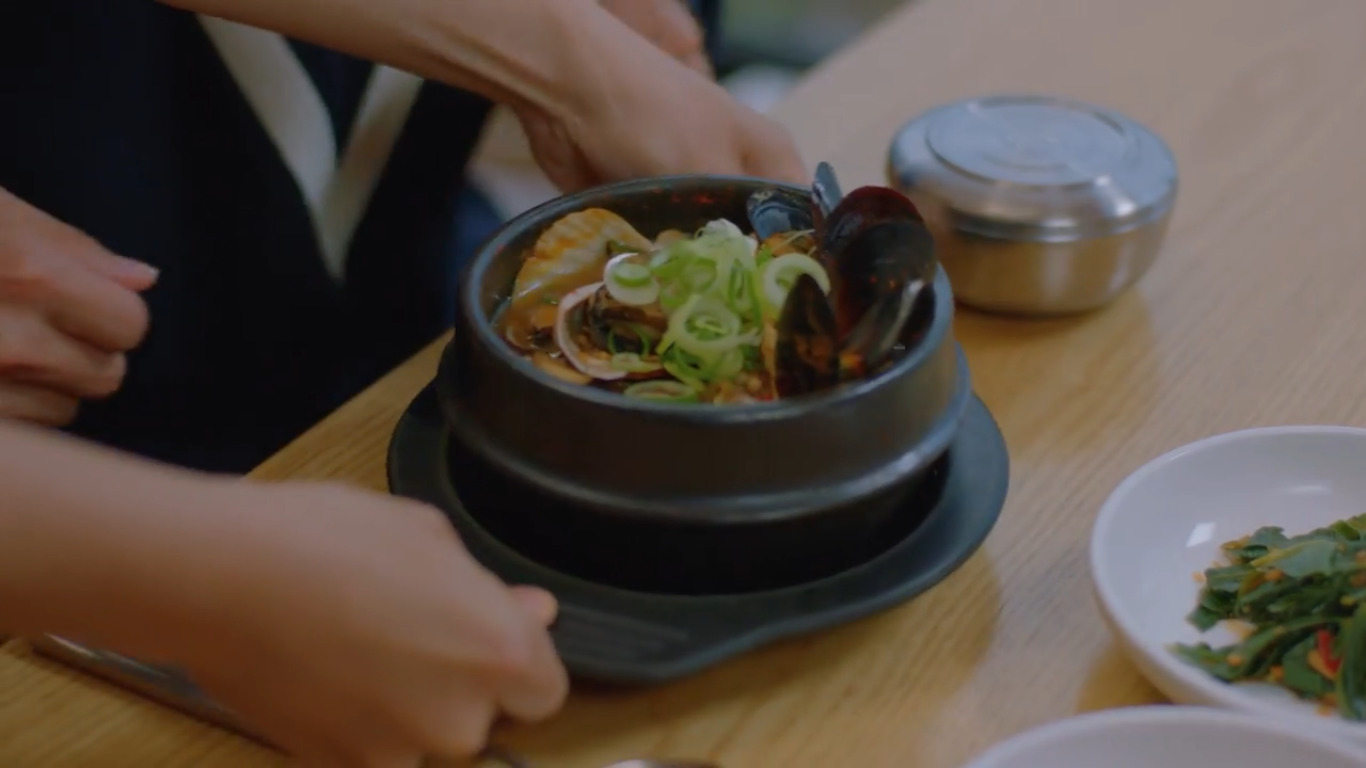 After leaving the media and the track team in an uproar, Ki Seon-gyeom (Im Si-wan) and Shin Mi-joo (Shin Se-kyung) go to the beach to admire Seongsan Ilchulbong (Sunrise Peak) and watch the waves, then decide to eat abalone in episode 4 of Run On (런온) (JTBC/Netflix, 2020-21). They end up at this beachside restaurant eating abalone with noodles and discussing Seon-gyeom’s life options after the national track team.

Seongsan Bomaljuk Kalguksu Restaurant — Seongsan Branch [성산보말죽칼국수 성산점], opened in October 2020 on a beachside site previously occupied by the Haha Guesthouse. The restaurant specialises in bomaljuk (abalone porridge) and kalguksu (noodles), but has other specialty dishes including abalone jeon (pancake) and (patented) citrus noodles. In Run On, Seo-gyeom and Mi-joo ate one of the signature dishes: kkangbomal kalgaksu –- abalone with noodles (but with extra seafood!), which normally costs 9000won. Bomal (abalone) is thought to be good for liver disorders, relieving hangovers, osteoporosis and men’s health.

The restaurant, which is associated with another popular branch 10 km away in nearby Sinsan, is situated in the village of Ojo [Ojo-ri/오조리] in Seogwipo’s Seongsan Township [Seongsan-eup성산읍] on the Jeju Olle Course 1 walking trail, one of a series of 26 walking trails that cover Jeju’s coastline, fishing villages and a few oreums (volcanic vents). It boasts spectacular views of Jimibong Peak (지미봉/지깍오름) –a parasitic cone – one of Hallasan’s oreums— and from the outside seating in the other direction to Seongsan Ilchulbong Peak (a tuff cone – underwater oreum).

Getting here
From either Jeju Intercity Bus Terminal [제주시외버스터미널] or Seogwipo Intercity Bus Terminal [서귀포시외버스터미널] (next to World Cup Stadium)
➜ Take bus #201 to Haenyo’s House/Seongsan Haneup High School bus stop (옺해녀의집 성산한읍고 학교) for approx. 80 minutes.
➜ Walk 5 mins.
(This bus travels between Jeju City and Seogwipo via the east coast of Jeju, doing a loop to Seongsan Ilchulbong Peak, where you alight on the northern side near the bridge.)