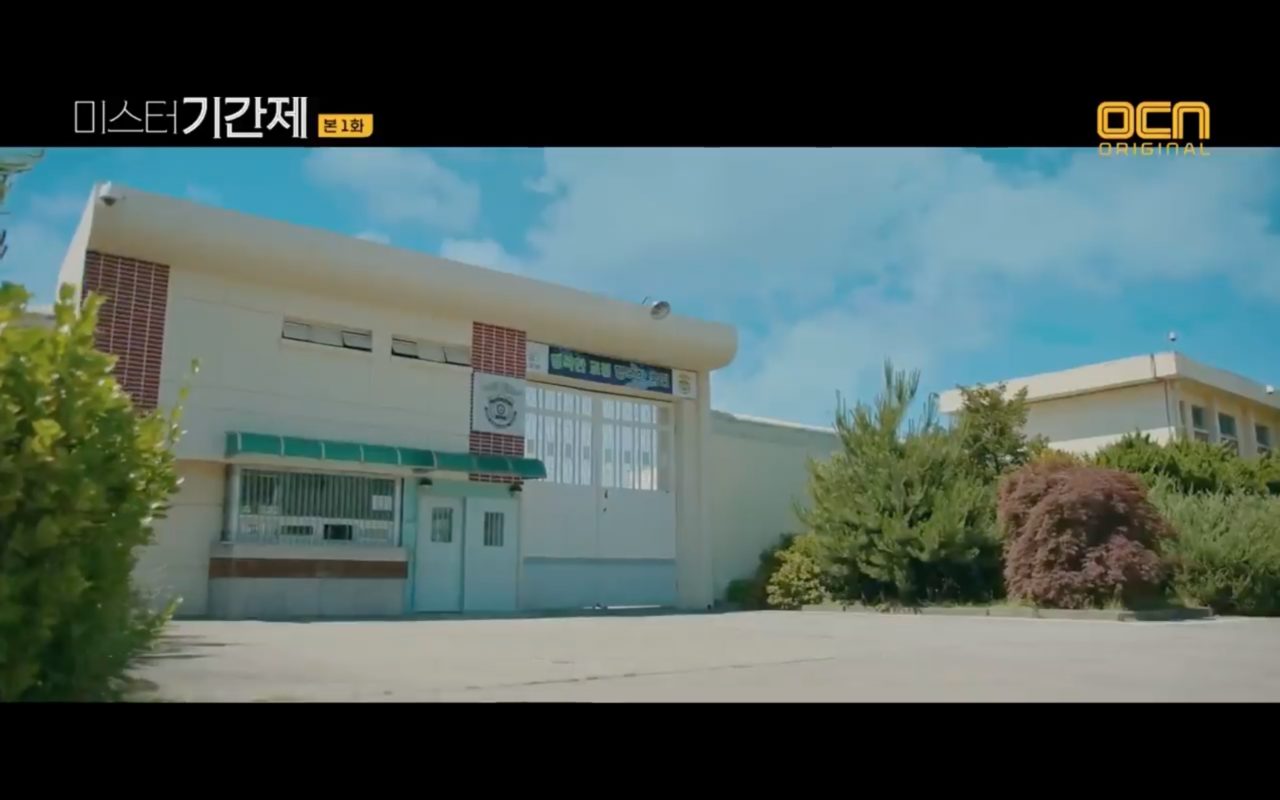 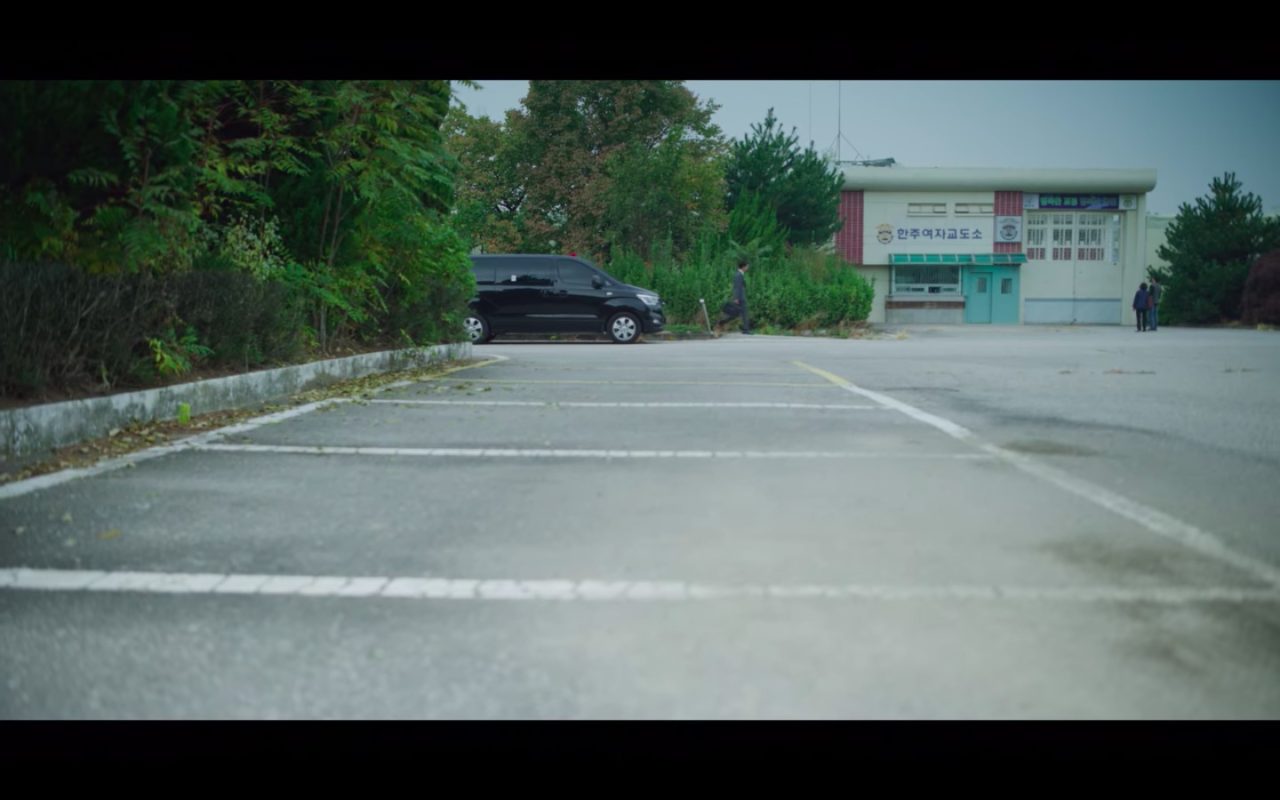 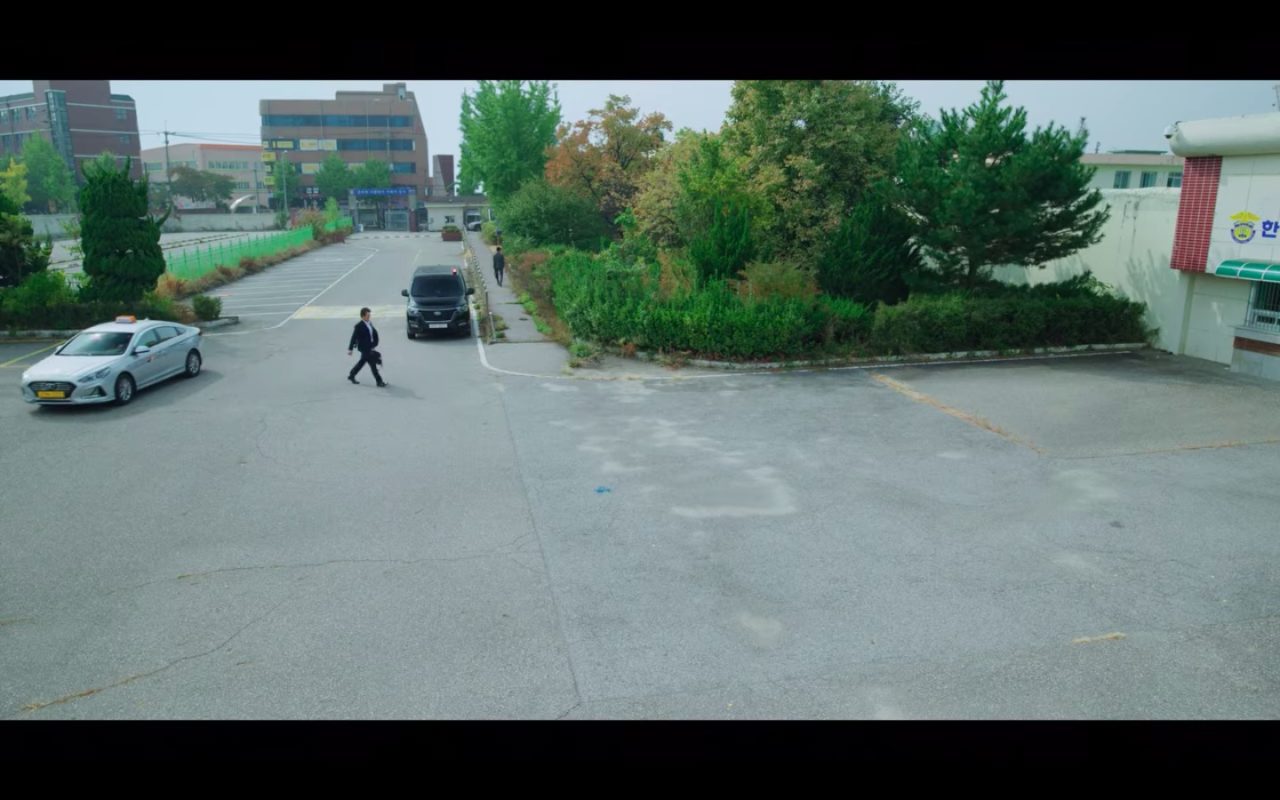 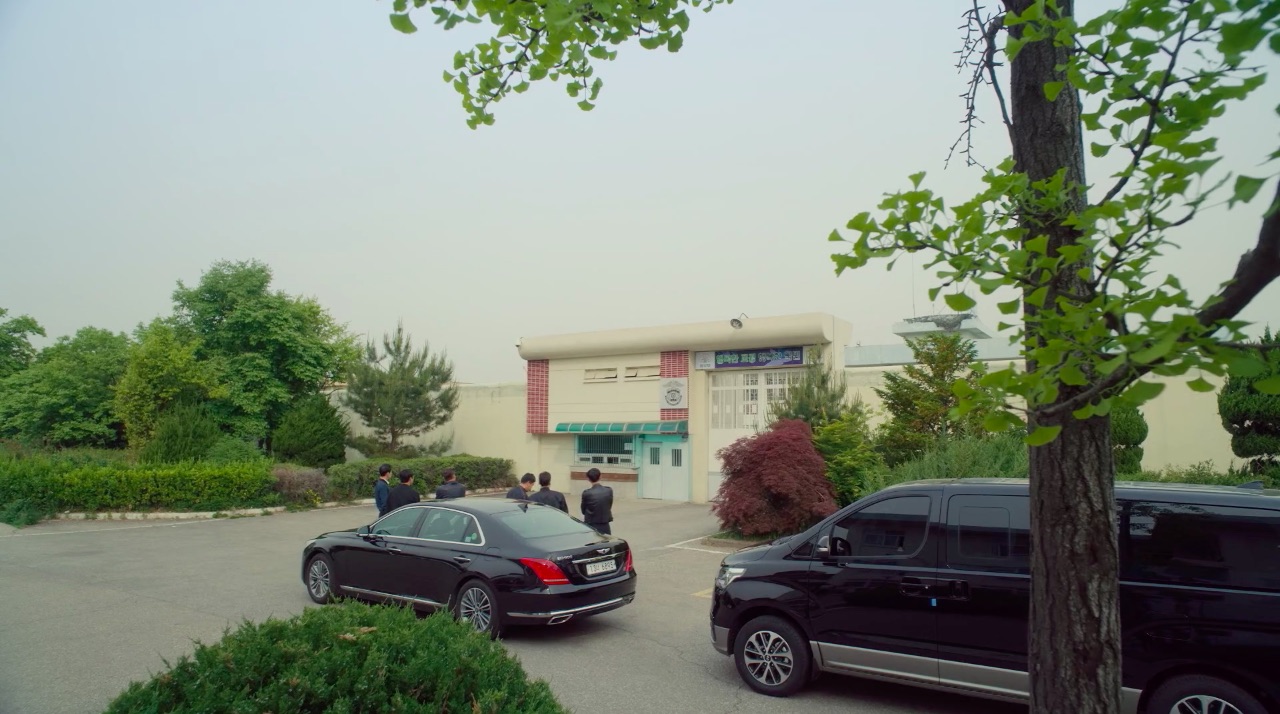 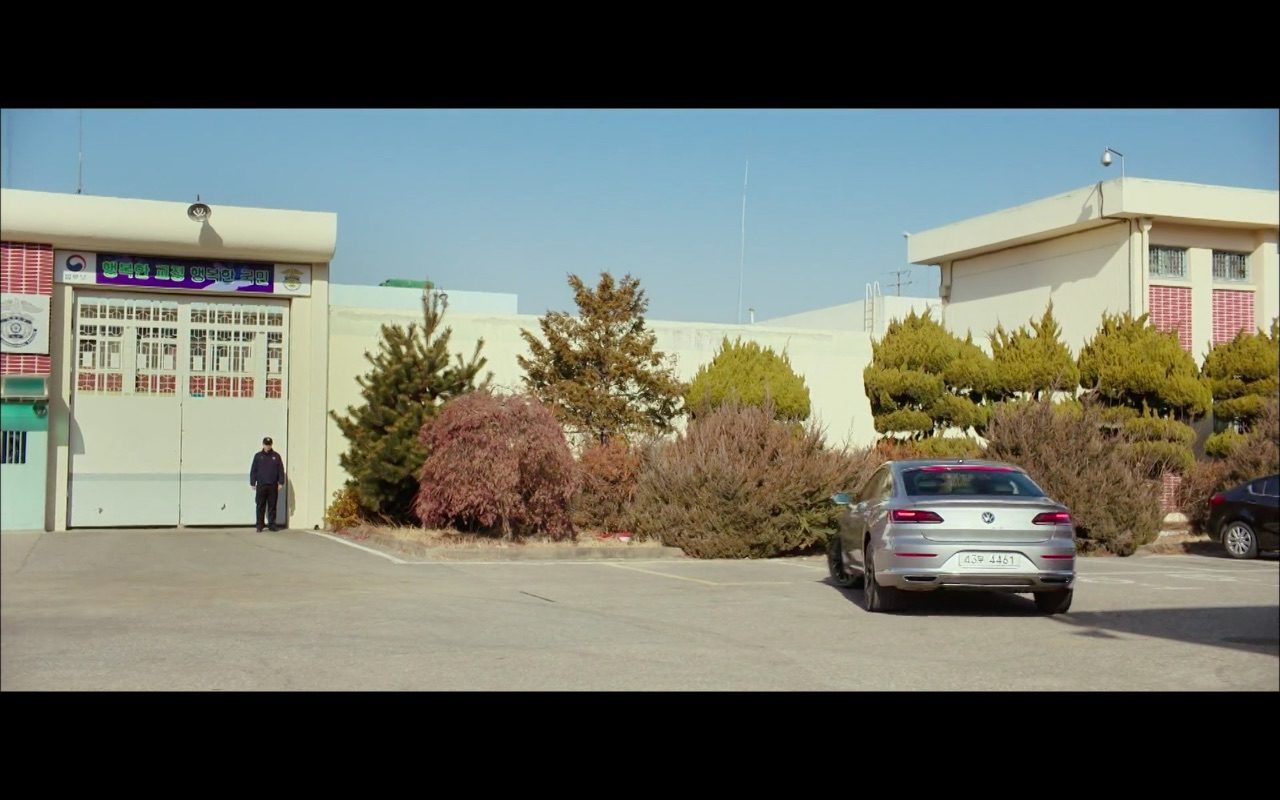 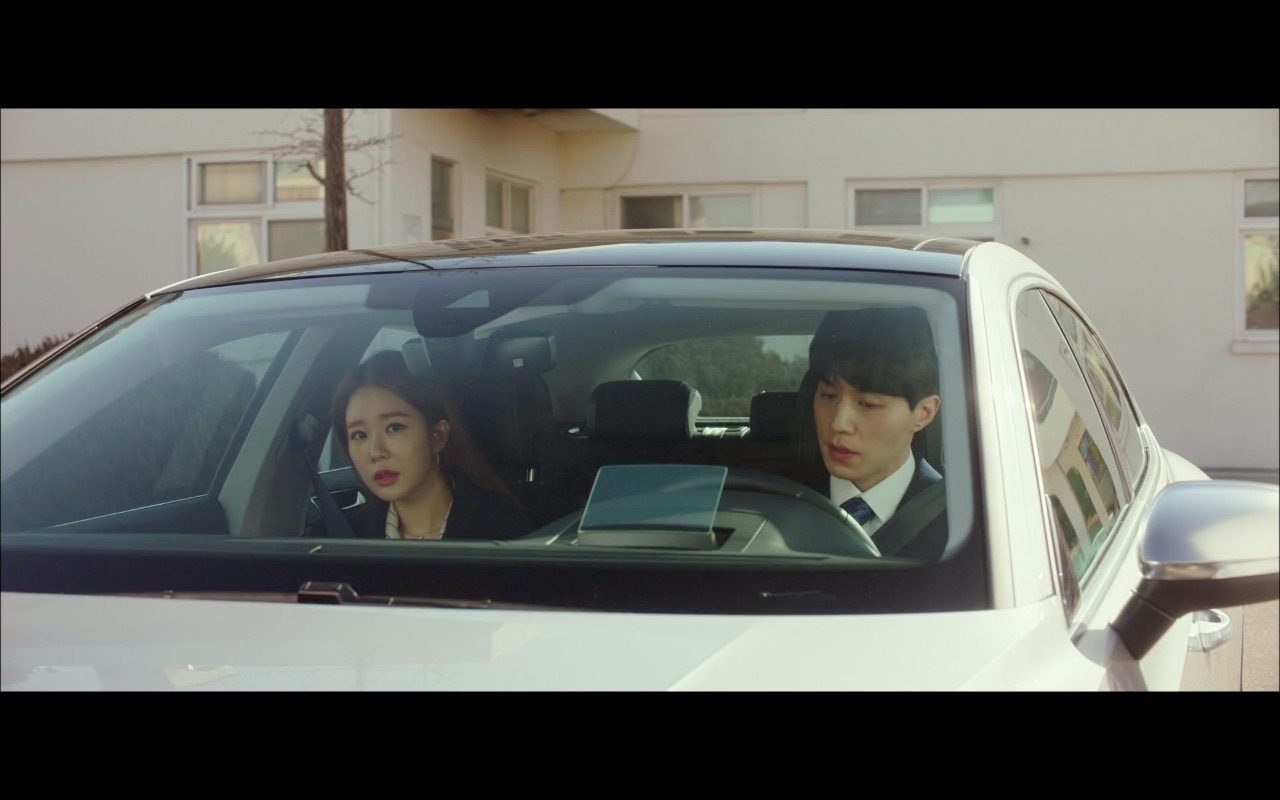 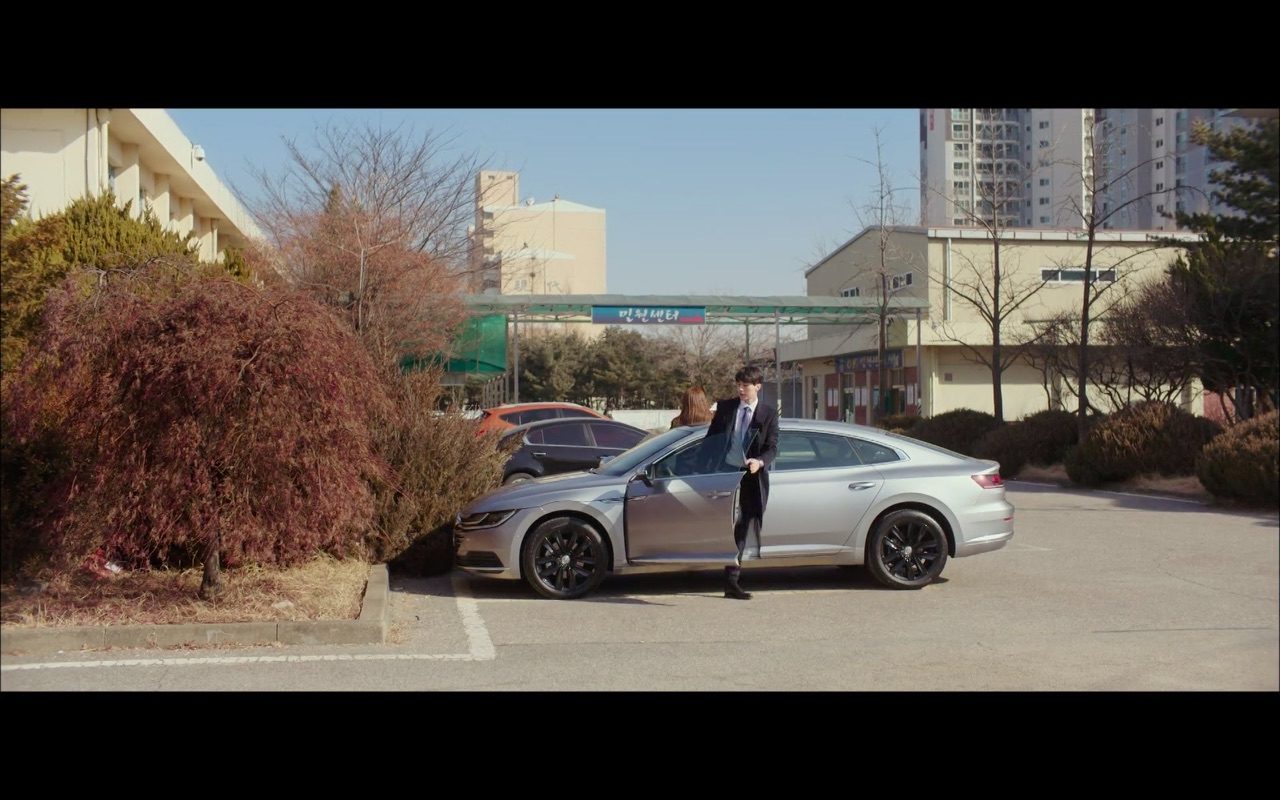 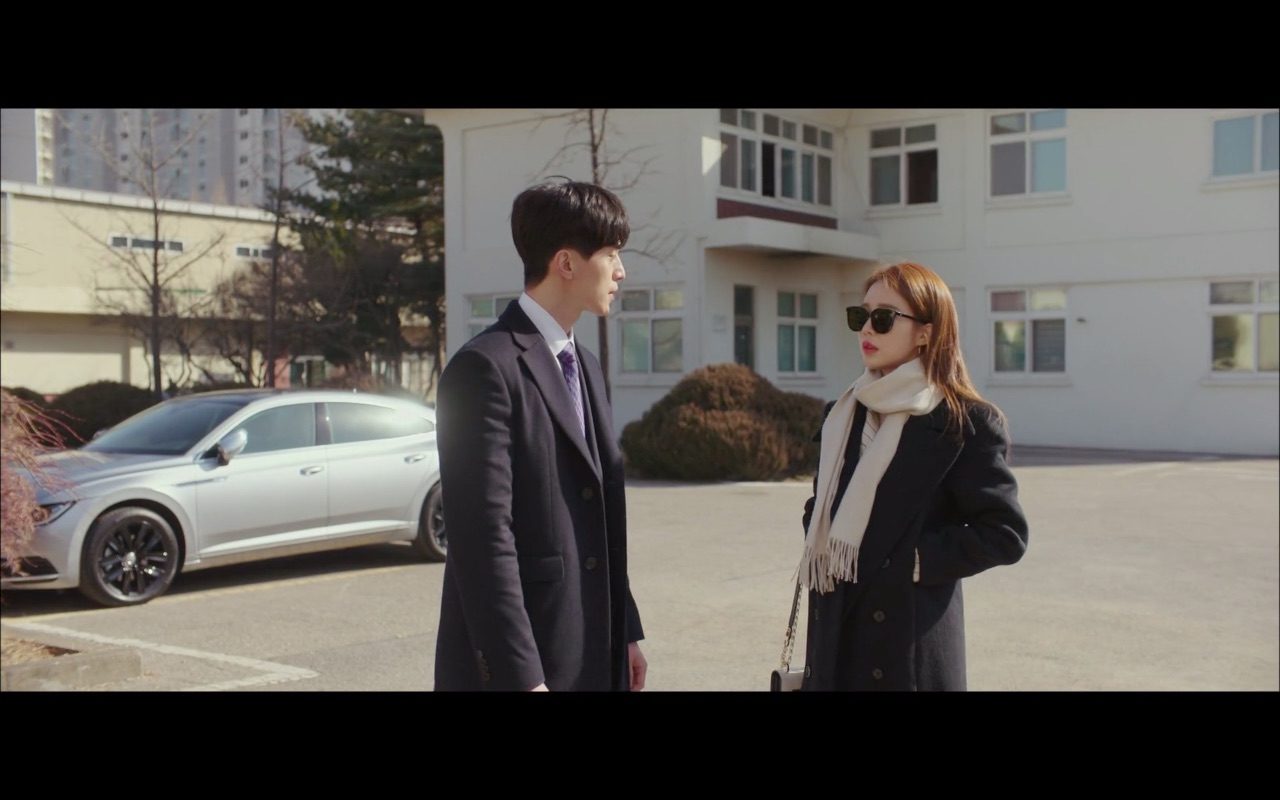 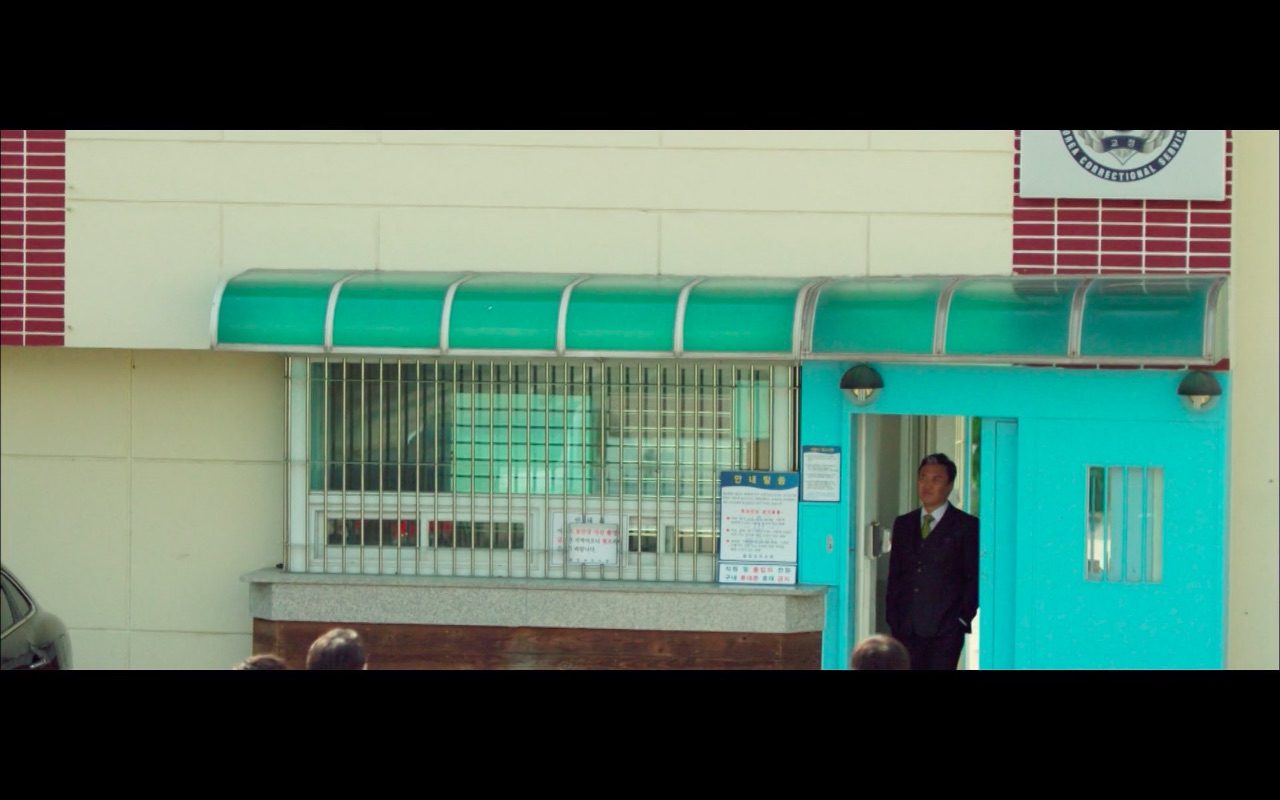 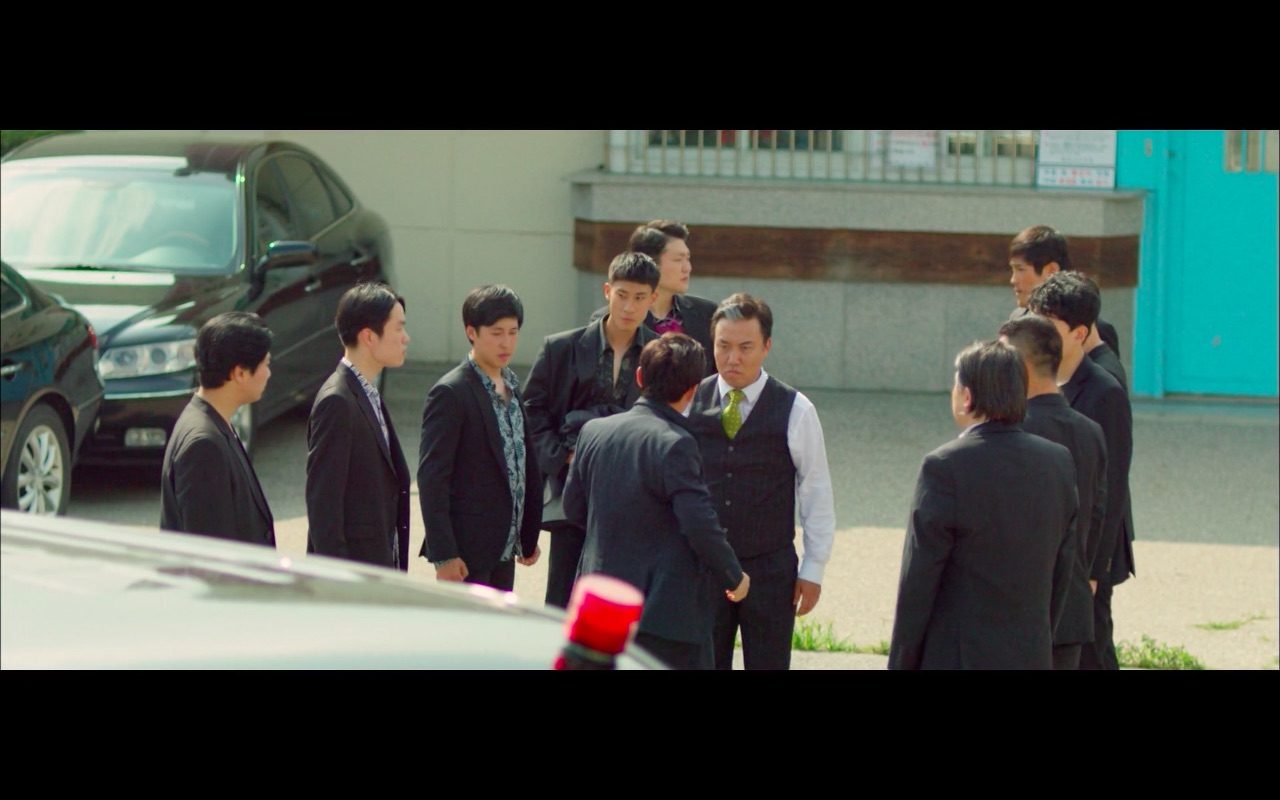 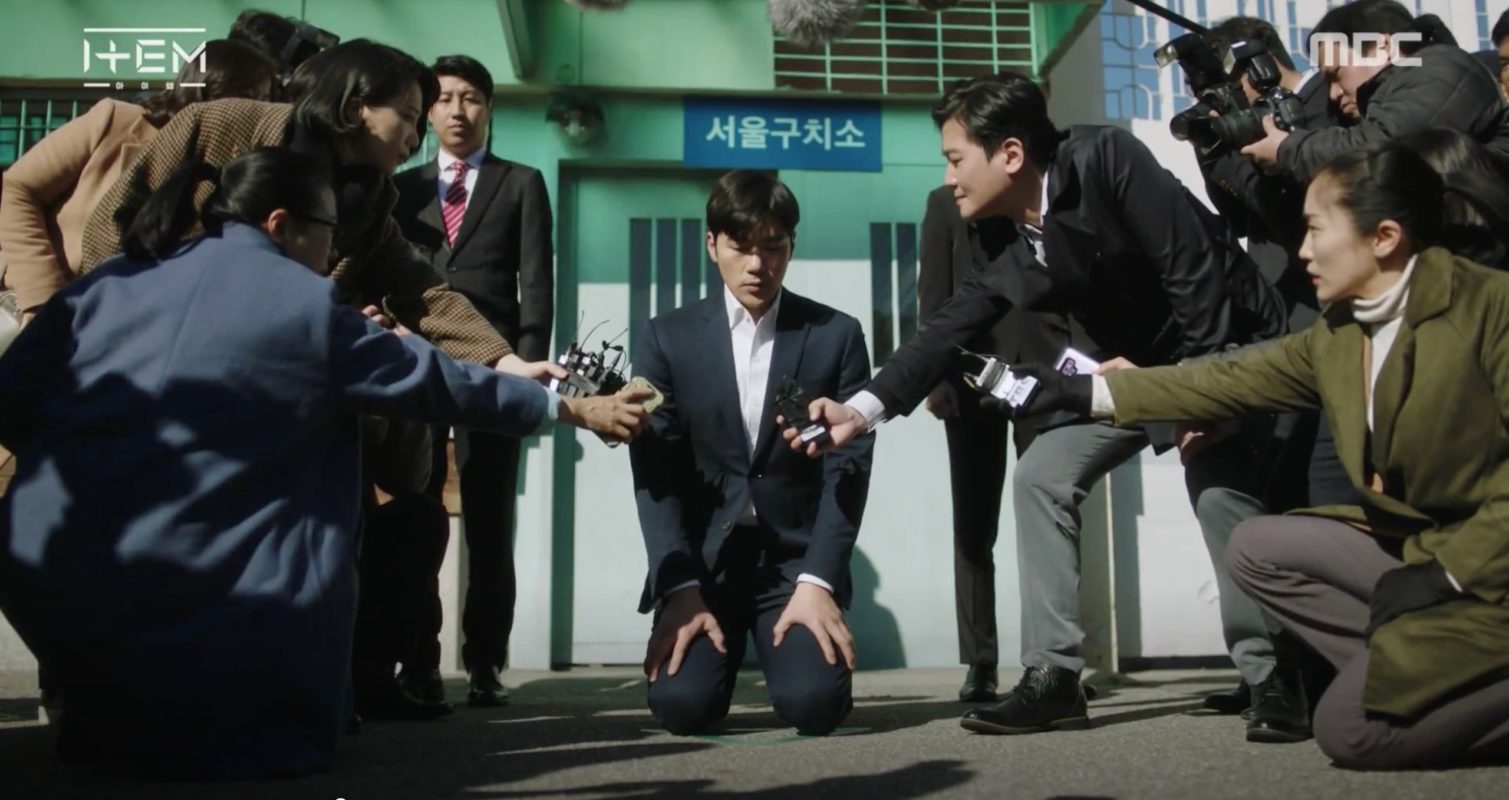 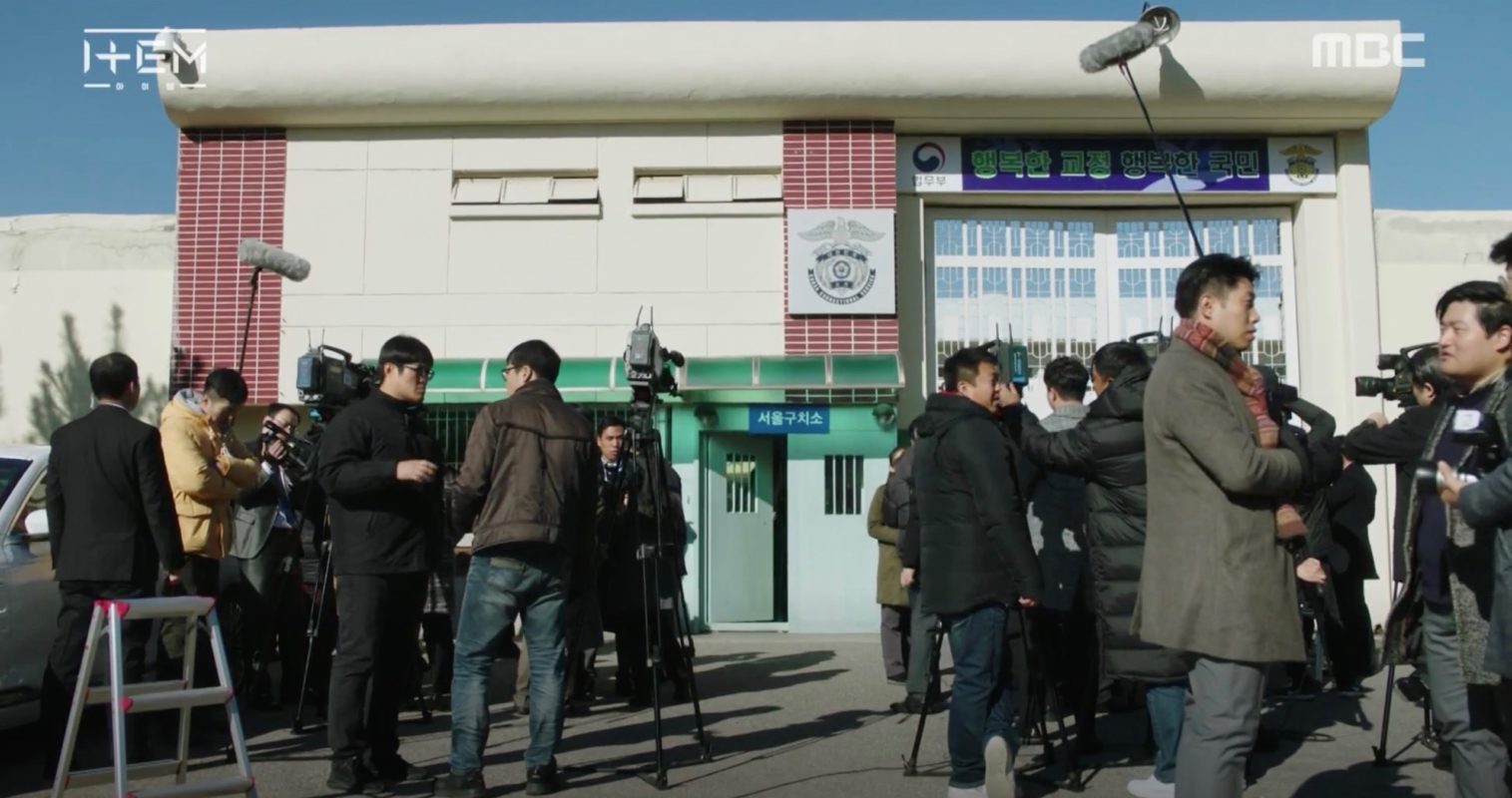 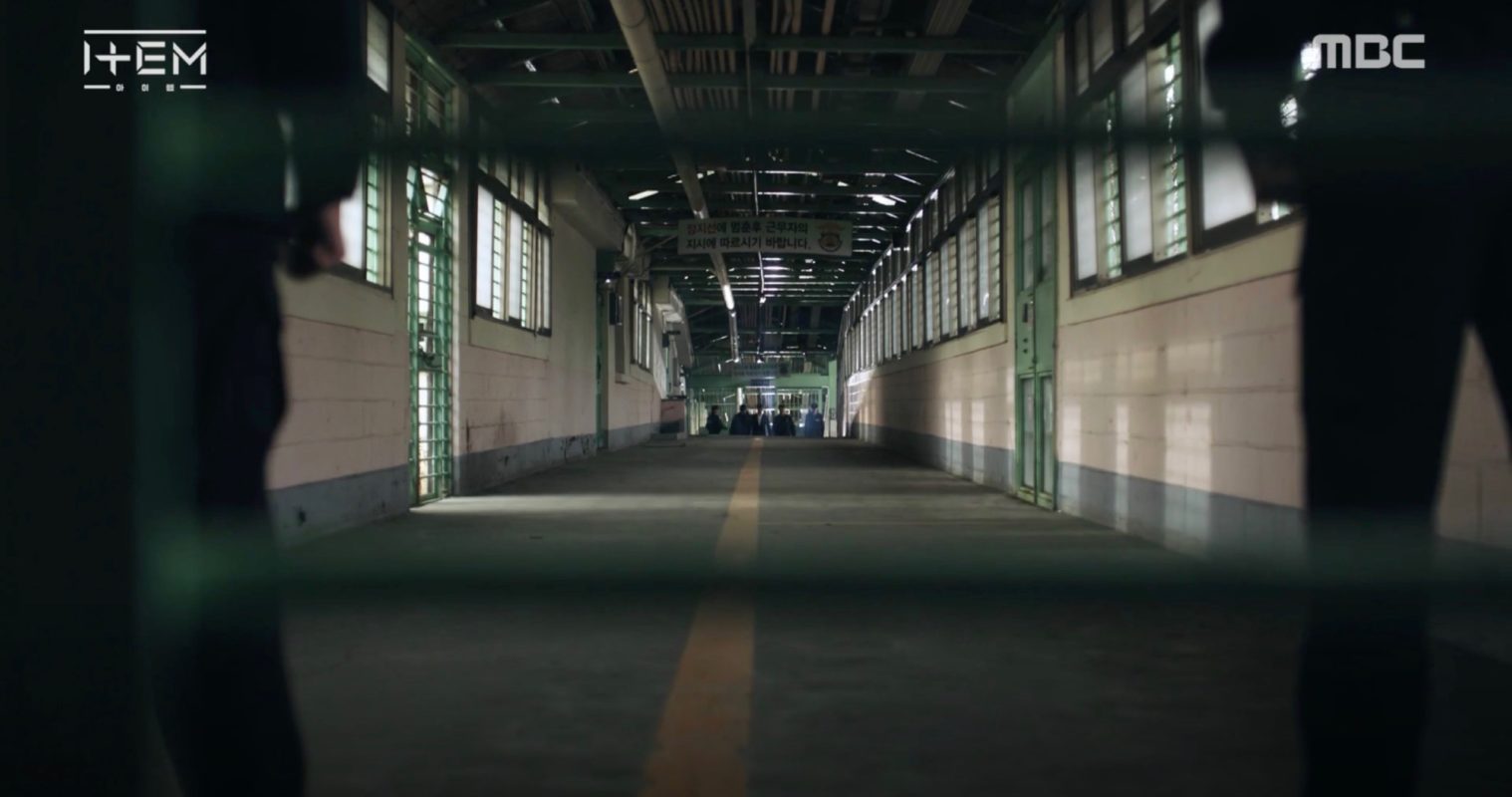 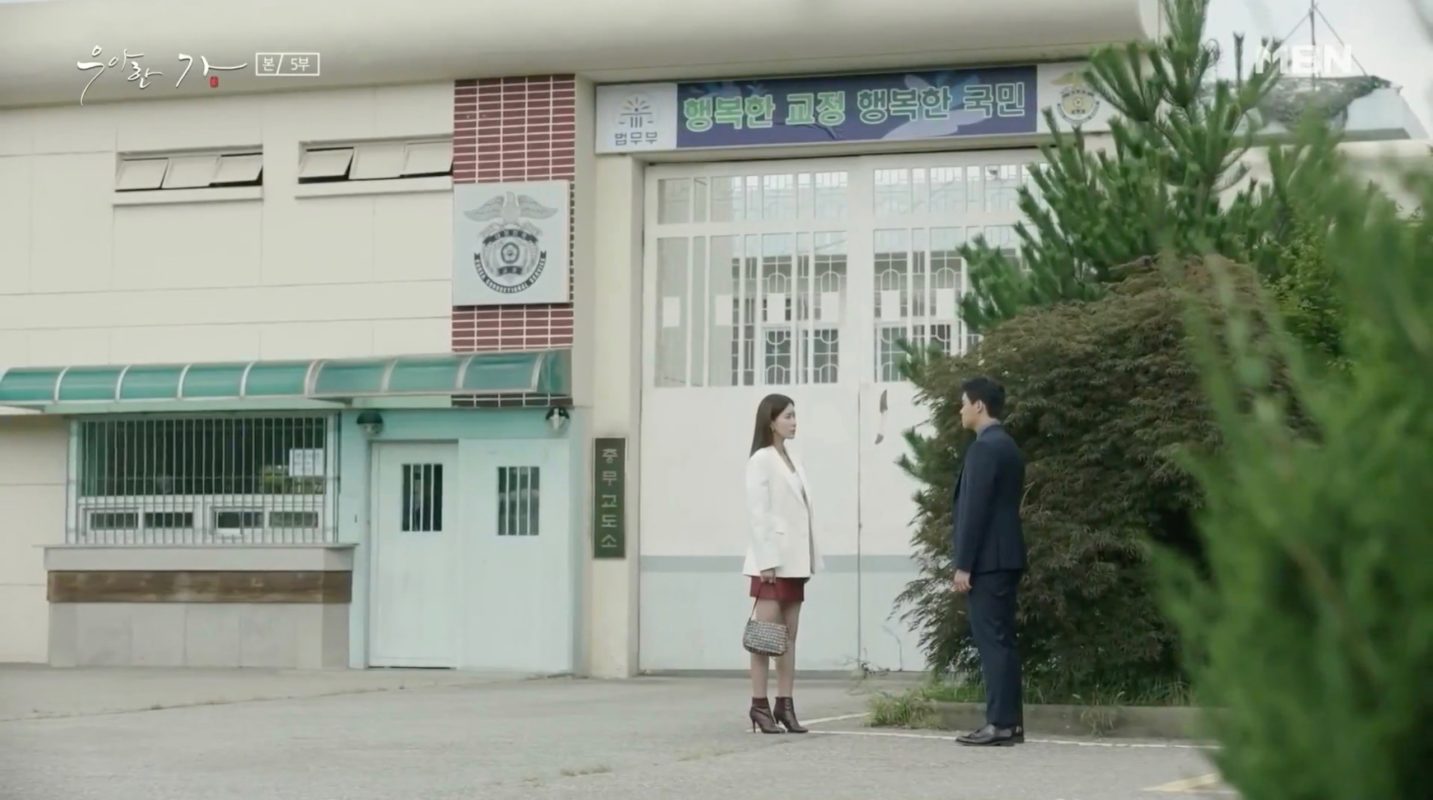 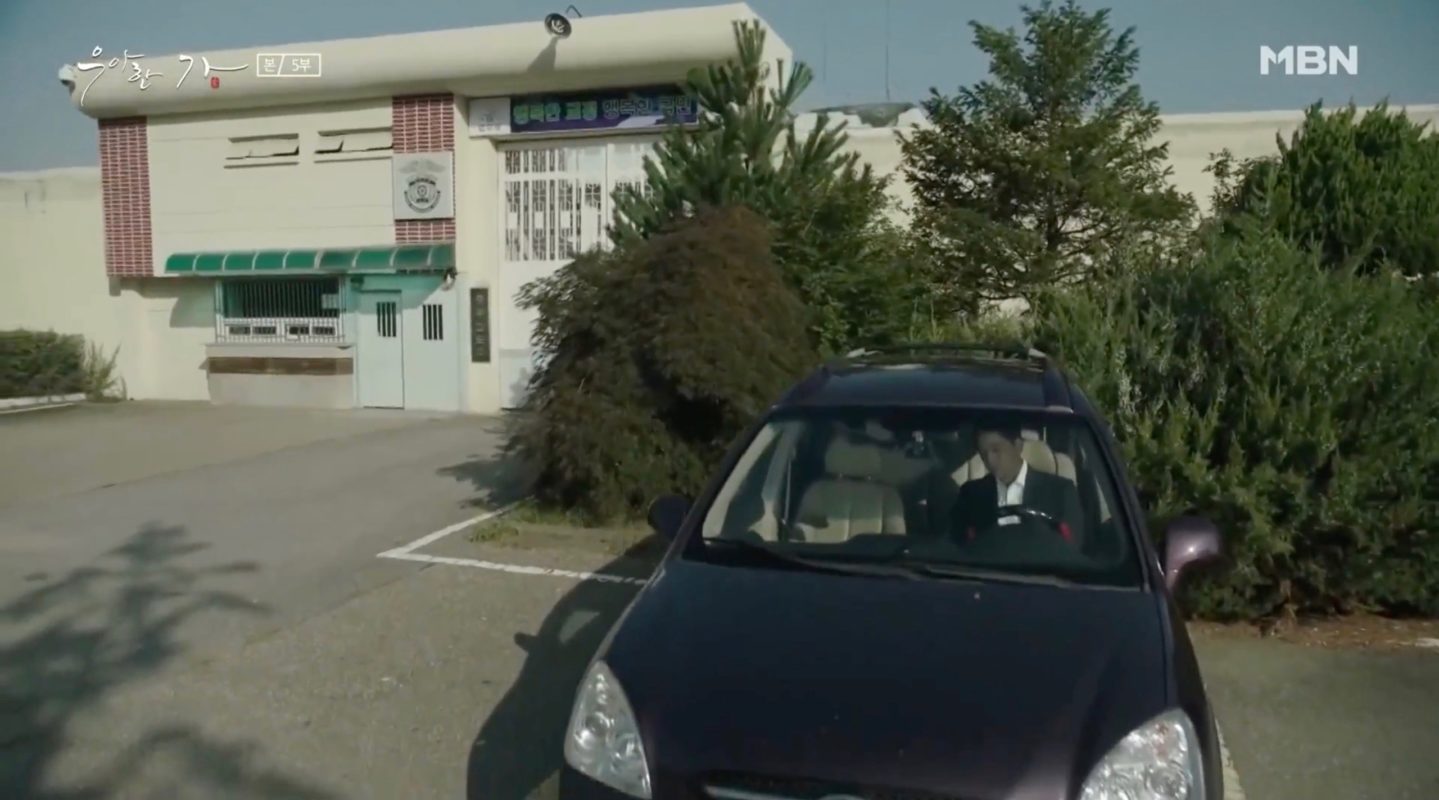 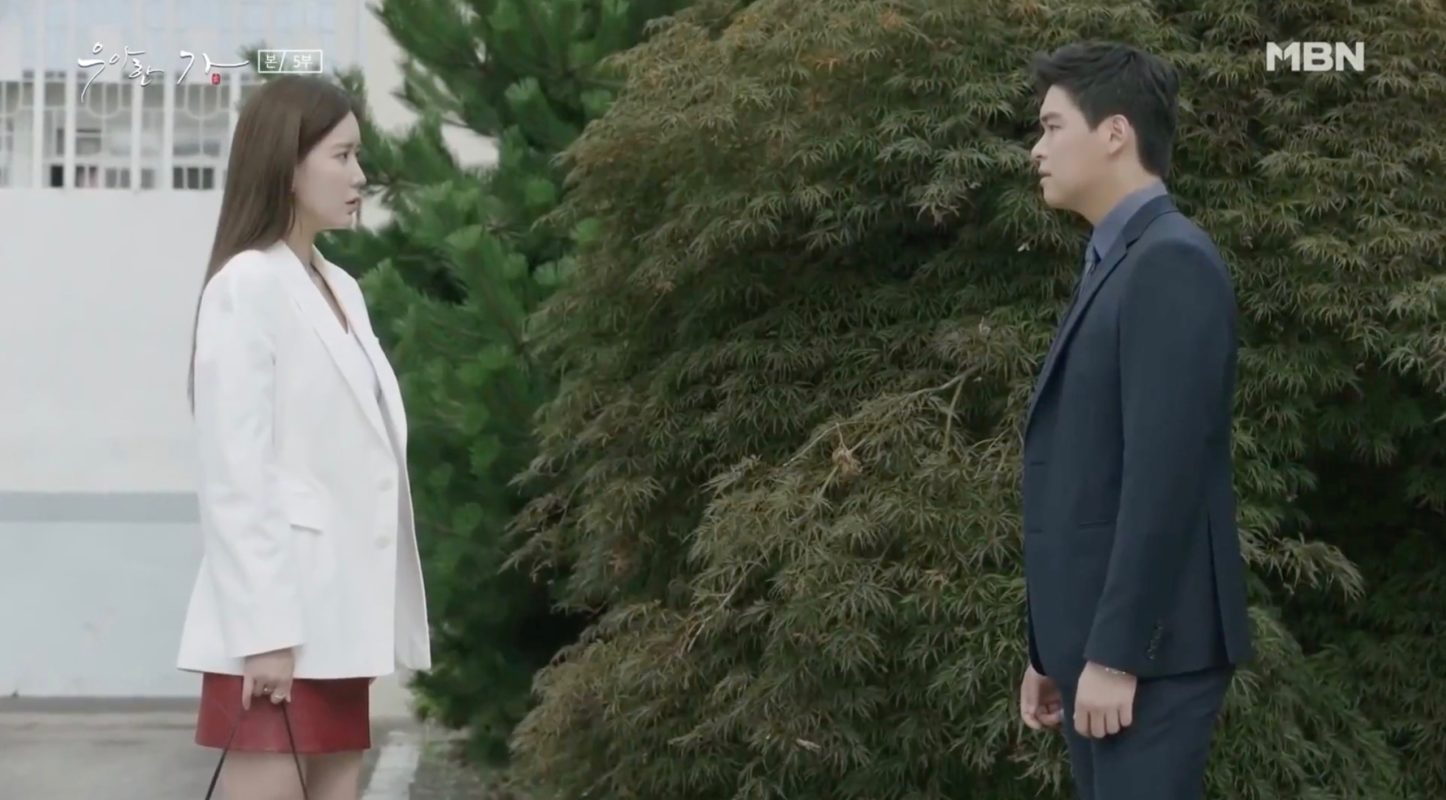 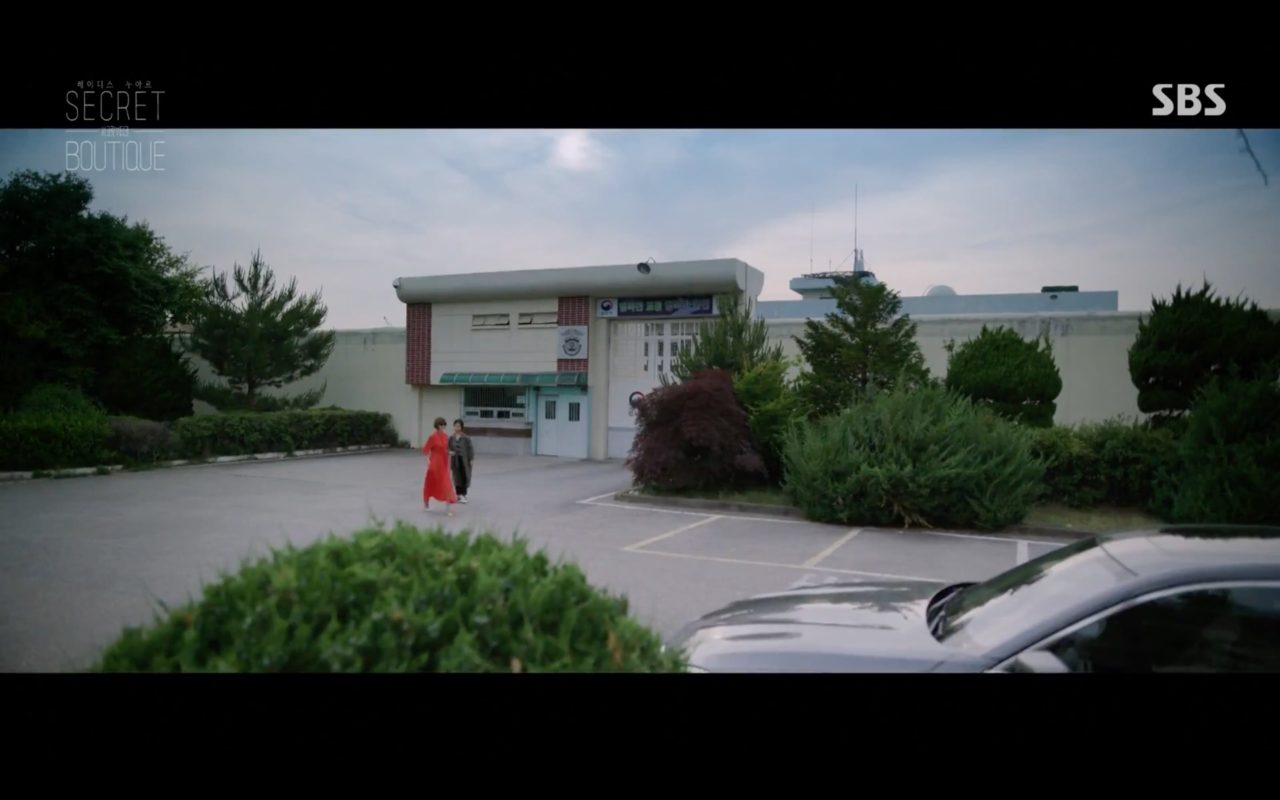 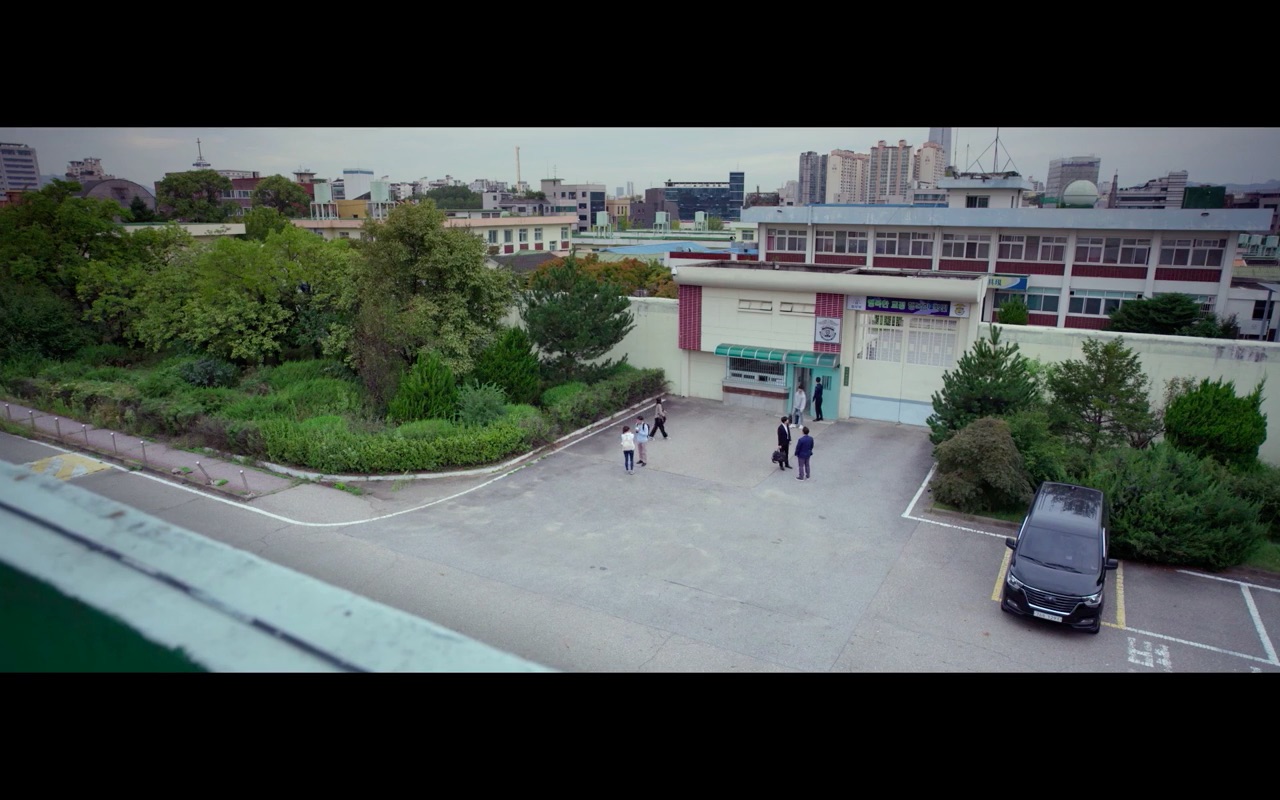 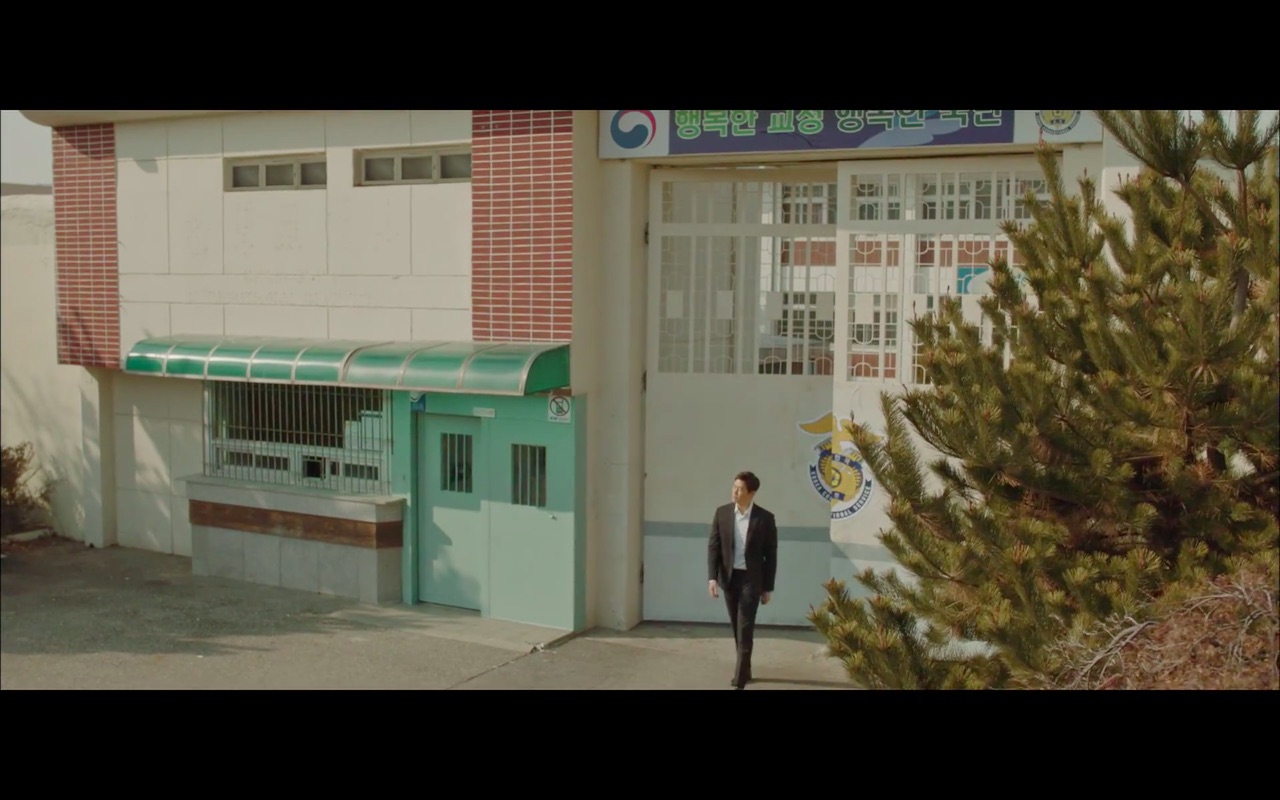 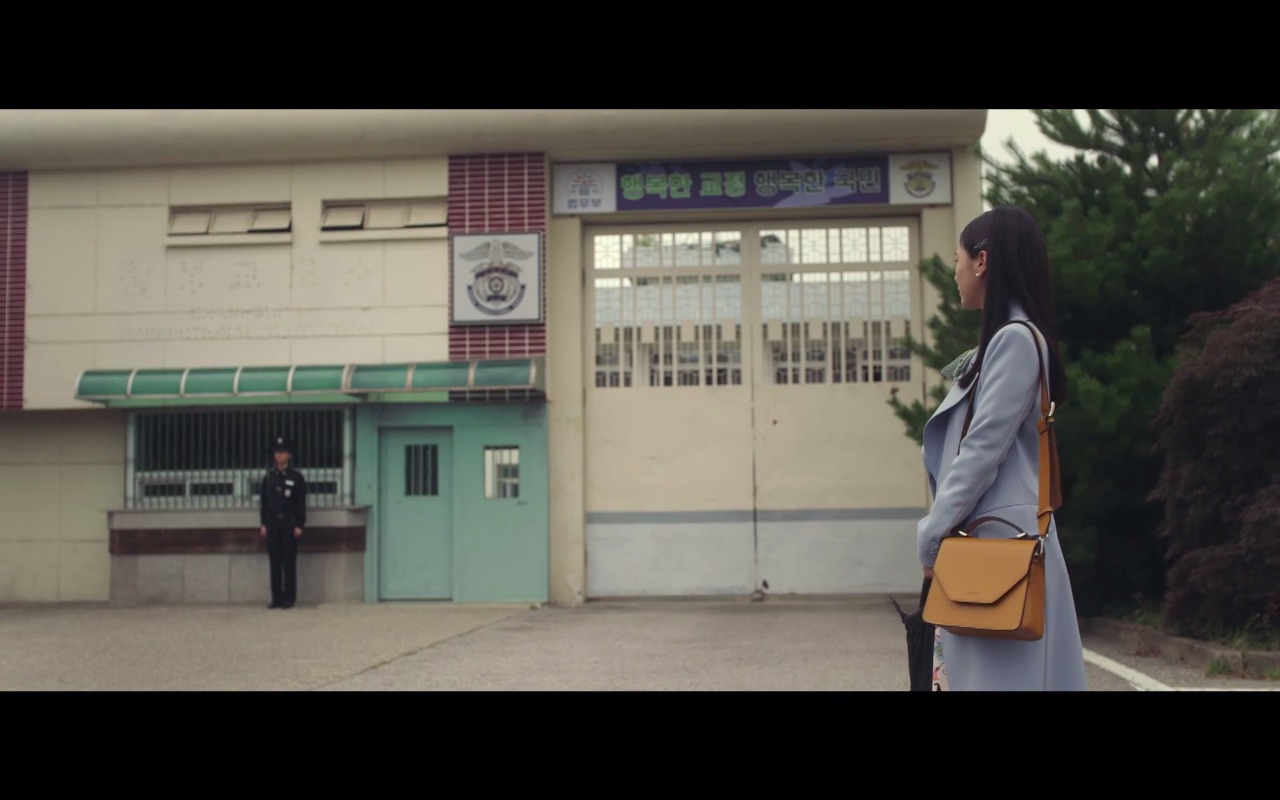 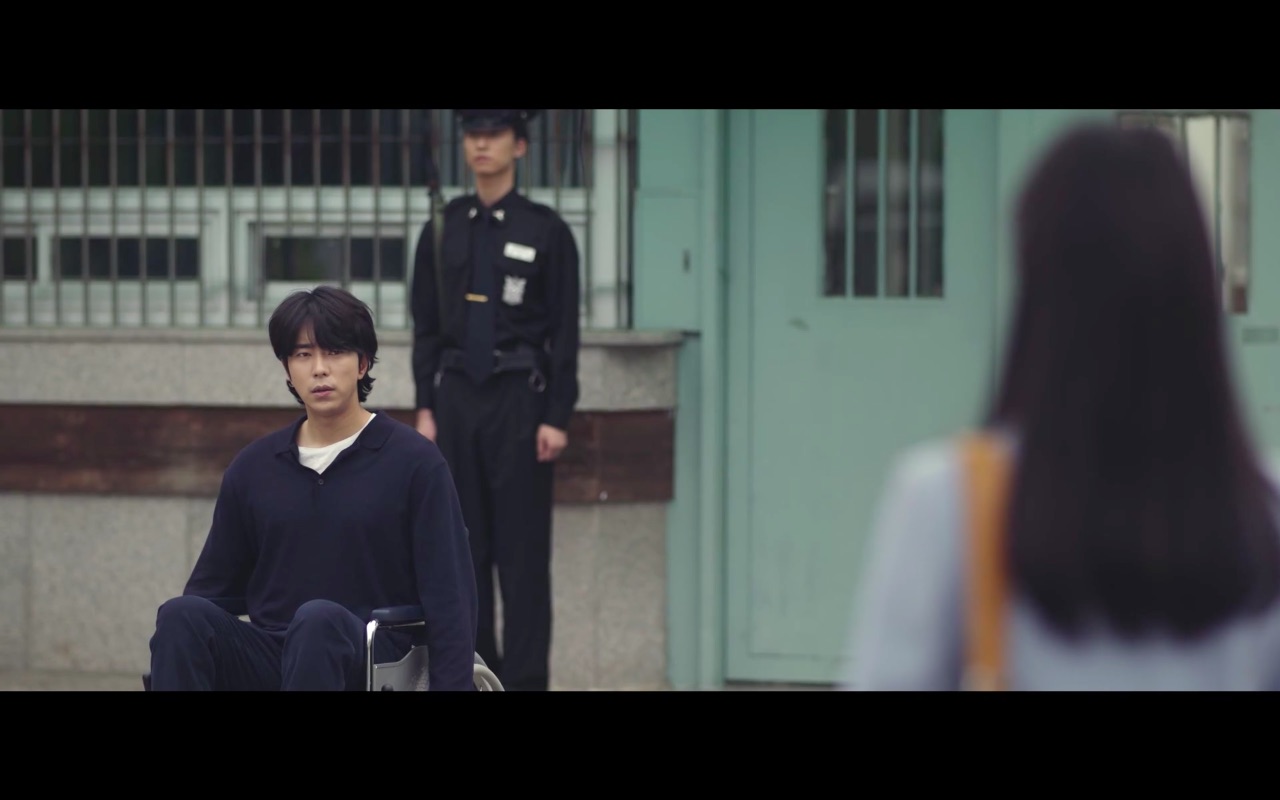 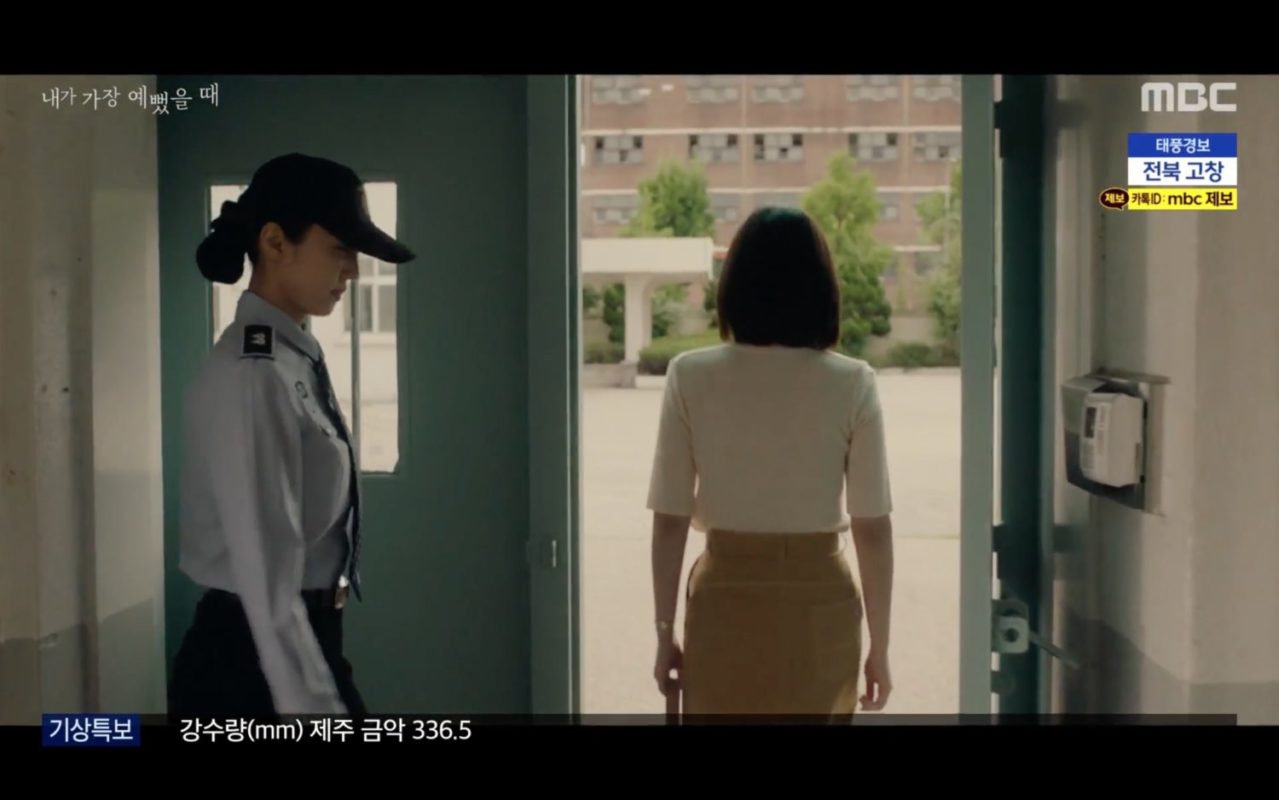 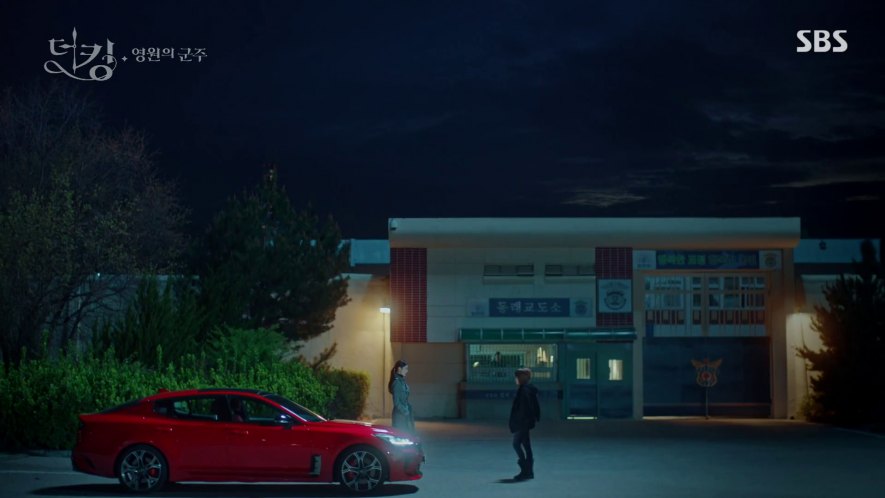 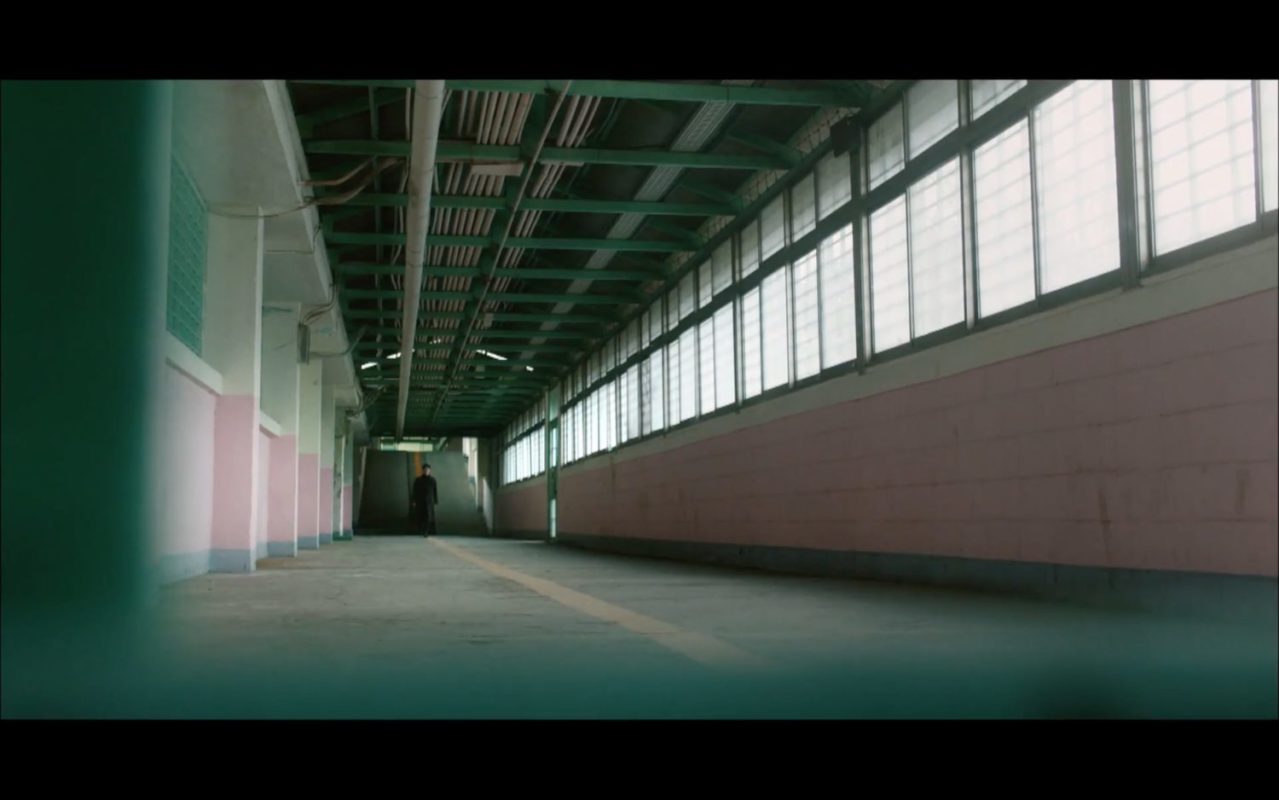 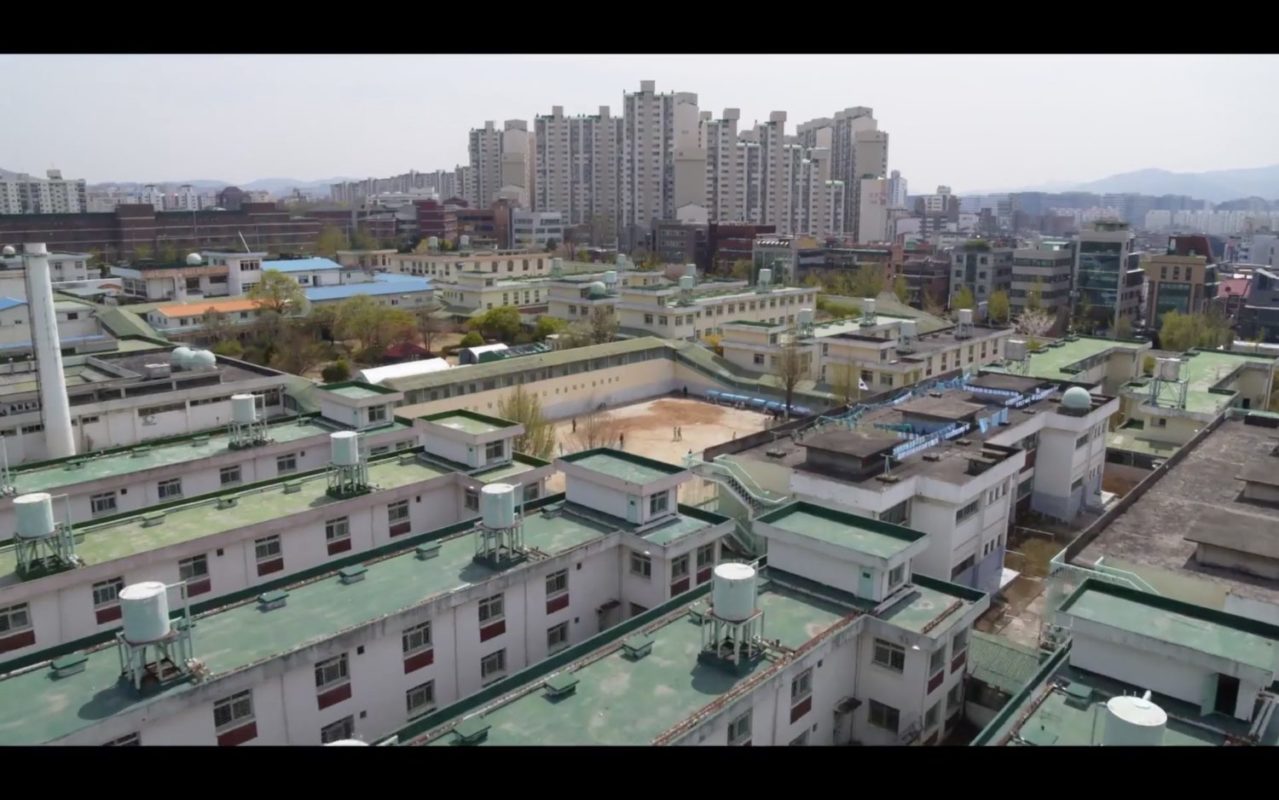 Jo Sang-koo (Lee Je-hoon) is released from this prison in episode 2 of Move To Heaven/Move To Heaven: I Am a Person Who Arranges Articles Left by Deceased (무브 투 헤븐: 나는 유품정리사입니다) (Netflix, 2021).

Lee Chae-rok’s (Song Kang) is incarcerated at this prison (appearing as ‘Anyang Correctional Institution’) in Navillera/Like A Butterfly (나빌레라) (tvN, 2021) and in episode 1, Chae-rok drops out of an audition to be in time for his father’s release. But when he asks, he learns that he missed his father by a few hours who then calls him from a pay phone.

Han Do-kyung (Shim Hyung-tak) is incarcerated at this prison in Times (Taimjeu/타임즈) (OCN, 2021) — as seen, for instance, in episode 5.

Kang Ma-ri (Shin Eun-kyung) comes to visit her husband here in episode 11 of Penthouse S1/The Penthouse: War in Life Season 1 (펜트하우스) (SBS, 2020-21), for a specially-arranged clandestine meeting to have ‘a meal’.

Seo Yi-kyung (Lee Si-young) comes here in episode 6 of Sweet Home (Seuwiteuhom/스위트홈) (Netflix/Production Plan, 2020-21) to find out what happened to her late fiance, who was a prison doctor. She goes through his office and finds his iPad, which explains the condition that he had that led to the monster phenomenon.

Han Ae-ri (Lee Se-young) is incarcerated here for murder in episode 2 of Kairos (카이로스) (MBC, 2020) and [SPOILER] Kim Seo-jin (Shin Sung-rok) finds a way to make it undone – the first time he can make use of his time travel skills (coming from the future).

Cha Hyun-tae (Park Sung-geun) serves his sentence at this prison in Private Lives/Private Life/Sasaenghwal (사생활) (JTBC, 2020), and is visited separately by his daughter Cha Joo-eun (Seohyun from Girls Generation/Seo Ju-hyun) and wife Kim Mi-sook (Song Seon-mi) — as seen in episode 4.

In episode 4 of When I Was The Most Beautiful/When I Was The Prettiest (내가 가장 예뻤을때) (MBC, 2020), Oh Ye-ji (Im Soo-hyang) visits her mother who is incarcerated in this prison but refuses to see her. When Ye-ji leaves she promises herself that this was her last visit.

In a flashback in episode 14 of Men Are Men / To All The Guys That Loved Me / That Guy Is The Guy (그놈이 그놈이다) (KBS2, 2020), Kang Jin-ho (Yoon Hyun-min) is released from this prison after being captured and tortured by the police for his secret political activities, and is received by Kim Su-jeong (Kim Da-ye).

Reporter Park Soo-chang (Jang In-sub), held at this prison for being a stalking threat to Yeo Ha-jin (Moon Ga-young, is released from here in episode 28 (full episode 14) of Find Me in Your Memory (그 남자의 기억법) (MBC, 2020).

In the 1980s, Jung Ha-eun (Jin Se-yun) visits Kong Ji-cheol (Jang Ki-yong) who is incarcerated at this prison in episode 4 (full episode 2) of Born Again (본 어게인) (KBS2, 2020) being convinced that he did not commit the murder he is accused of, only to hear him admit to the crime.

This prison appears as ‘Chungcheong Prison’ in which Park Sae-ro-yi (Park Seo-joon) was incarcerated for 2 years and gets out from in episode 2 of Itaewon Class (이태원 클라쓰) (JTBC, 2020).

Lee Hyun-ji (Go Min-si) sits in for murder at this prison in episode 8 (full episode 4) of Secret Boutique (시크릿 부티크) (SBS, 2019) to be able to conclude a deal with Jenny Jang (Kim Sun-A).

Heo Yoon-do’s (Lee Jang-woo) mother is incarcerated in this prison for 15 years for a crime she did not commit in Graceful Family/Elegant Family (우아한 가) (MBN, 2019). Yoon-do sees her for the first time in 15 years at this prison in episode 5. Later, he comes back to this prison with Mo Seok-hee (Lim Soo-hyang) so that she can meet his mother; sentenced for having murdered Seok-hee’s mother. When Seok-hee comes back from the visit, Yoon-do explains that the person she has just seen is his mother.

Seongdong Detention Center [구 성동구치소] was in use till 2017, when all facilities moved to the high-rised Eastern Seoul Detention Center [서울동부구치소]. The building of this former correction facility — which was founded in 1977 and is over 57,000 square metres — is still located in Seoul’s neighborhood Garak [Garak-dong/가락동] in the Songpa District [Songpa-gu/송파구].