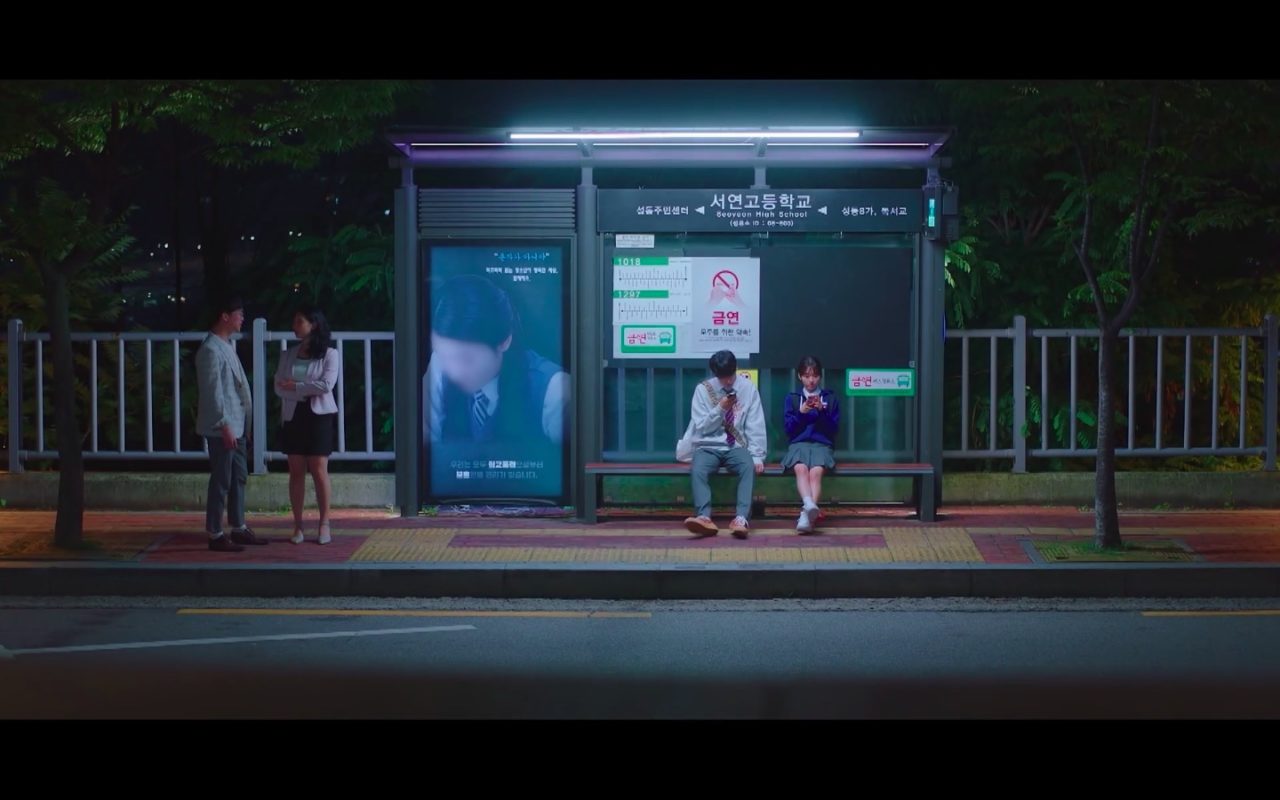 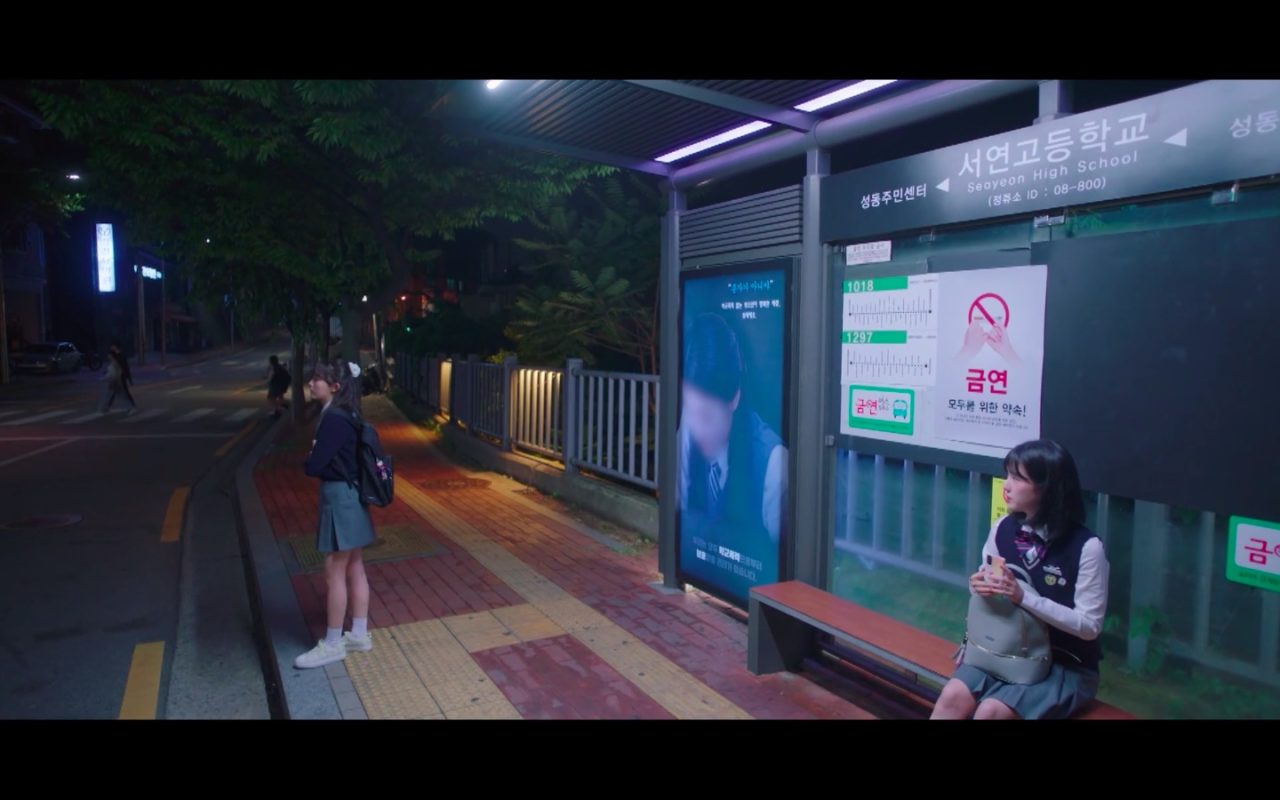 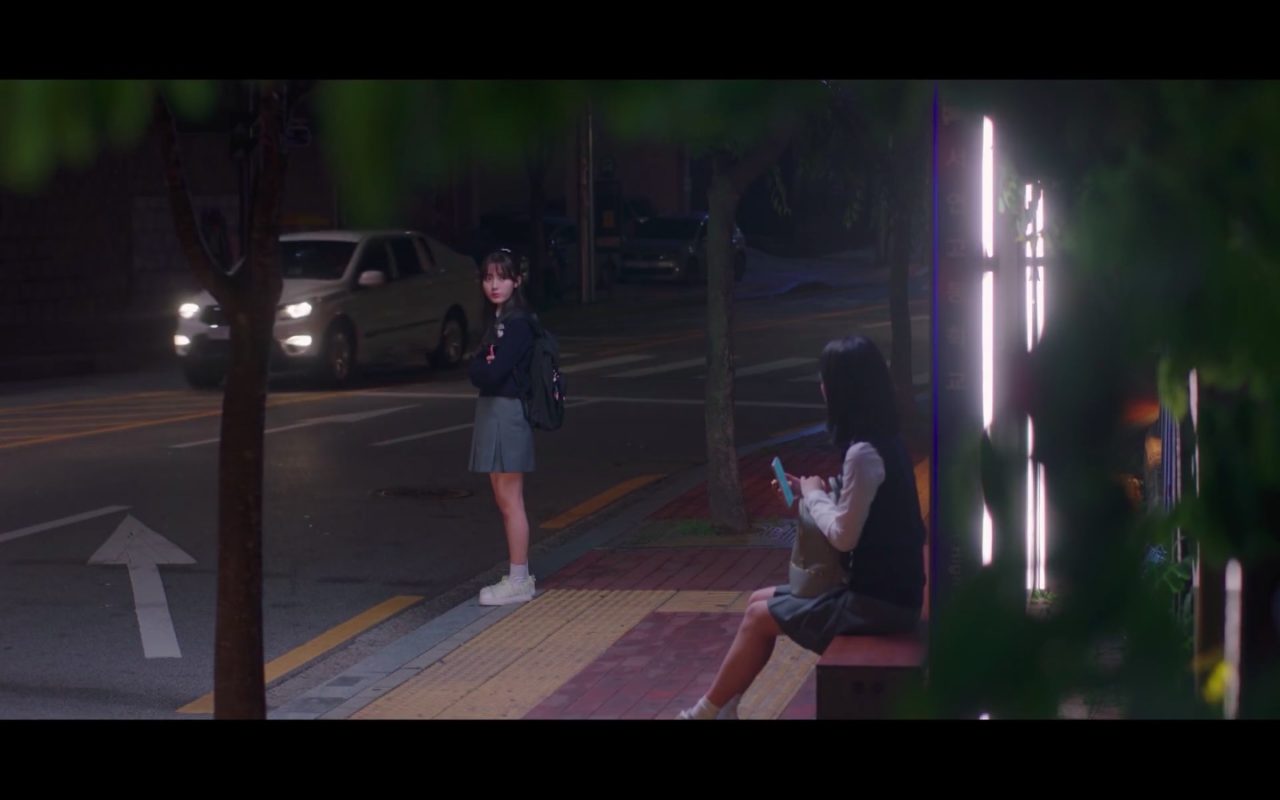 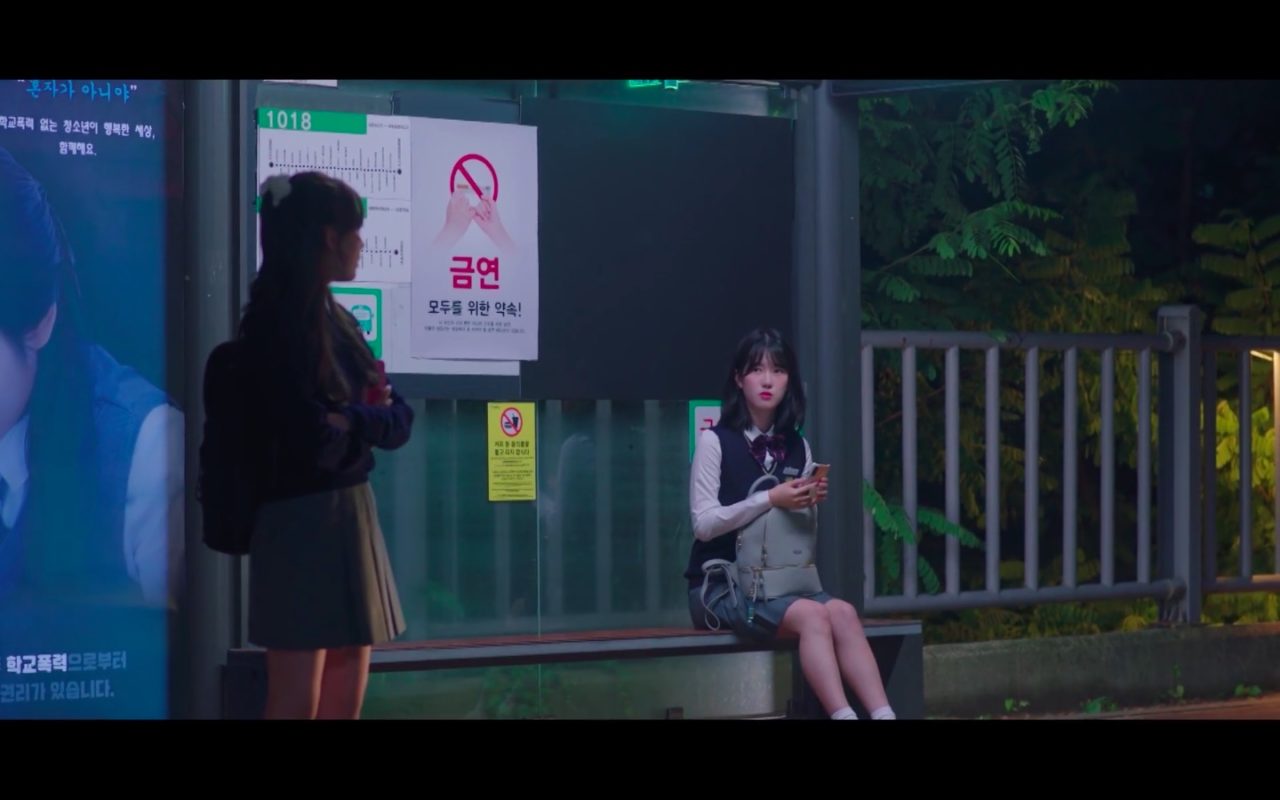 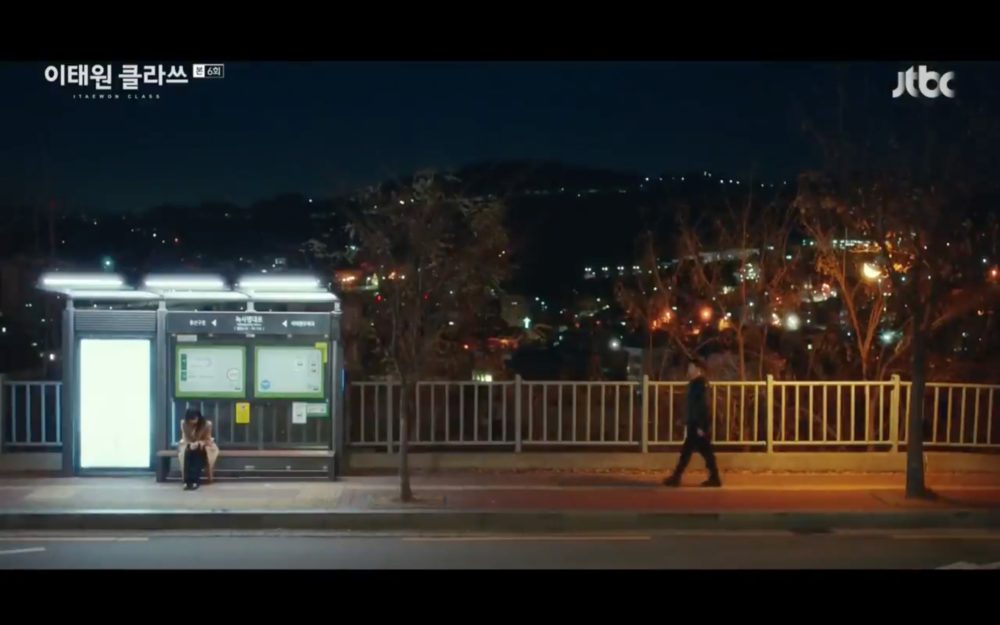 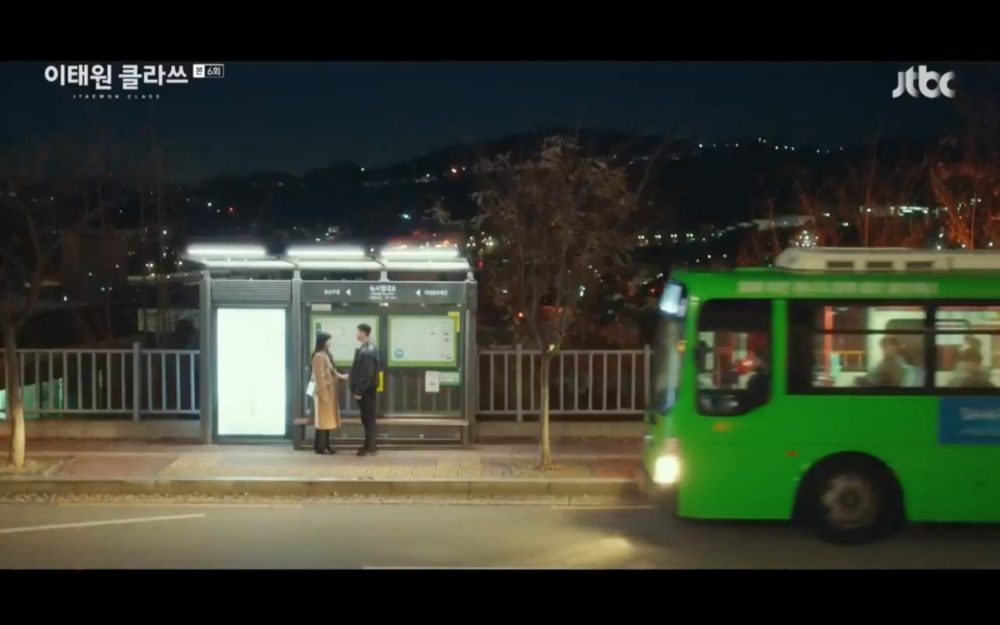 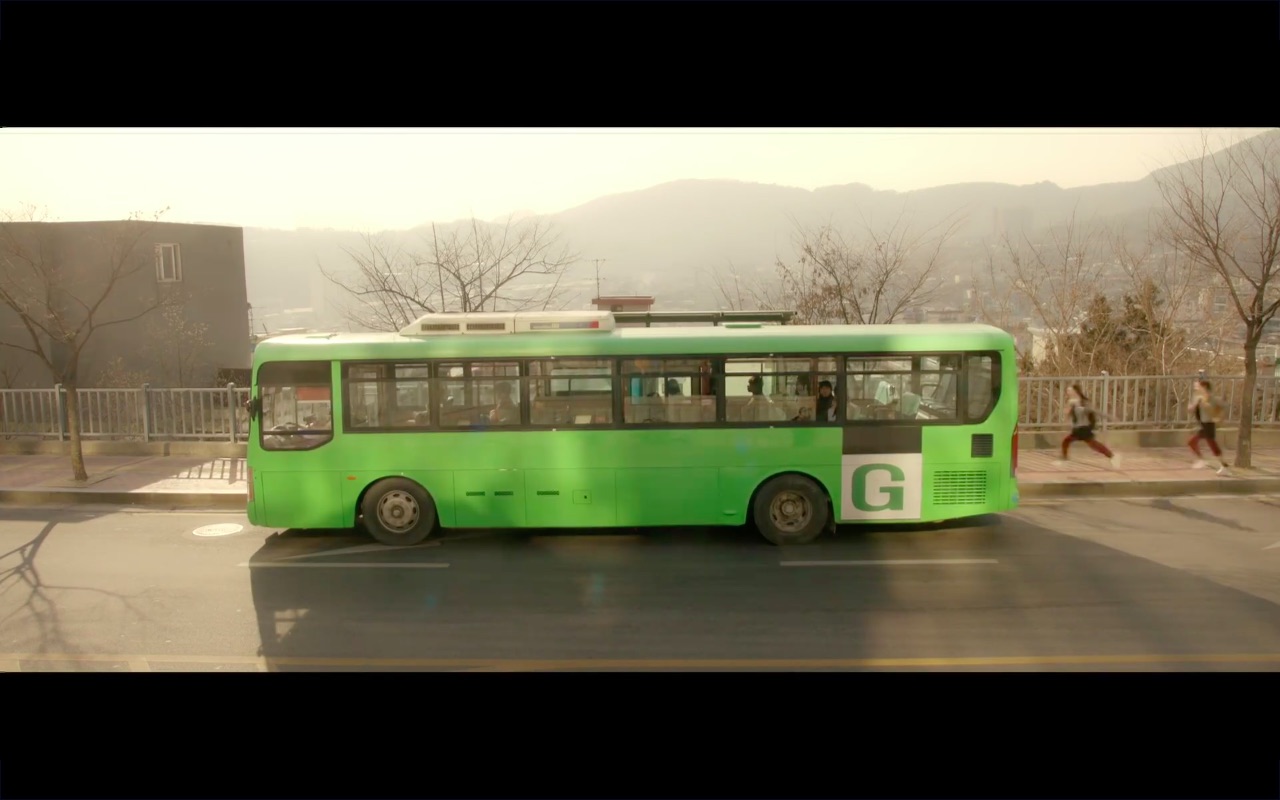 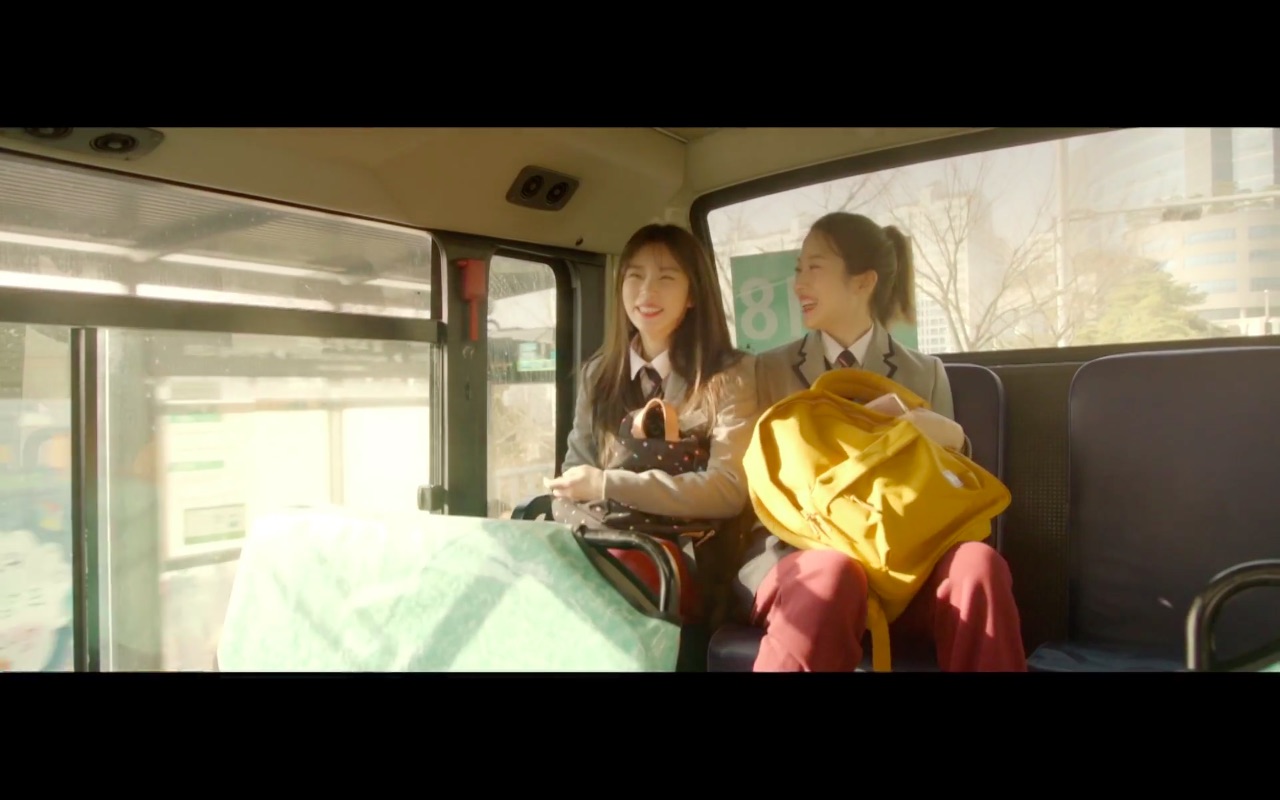 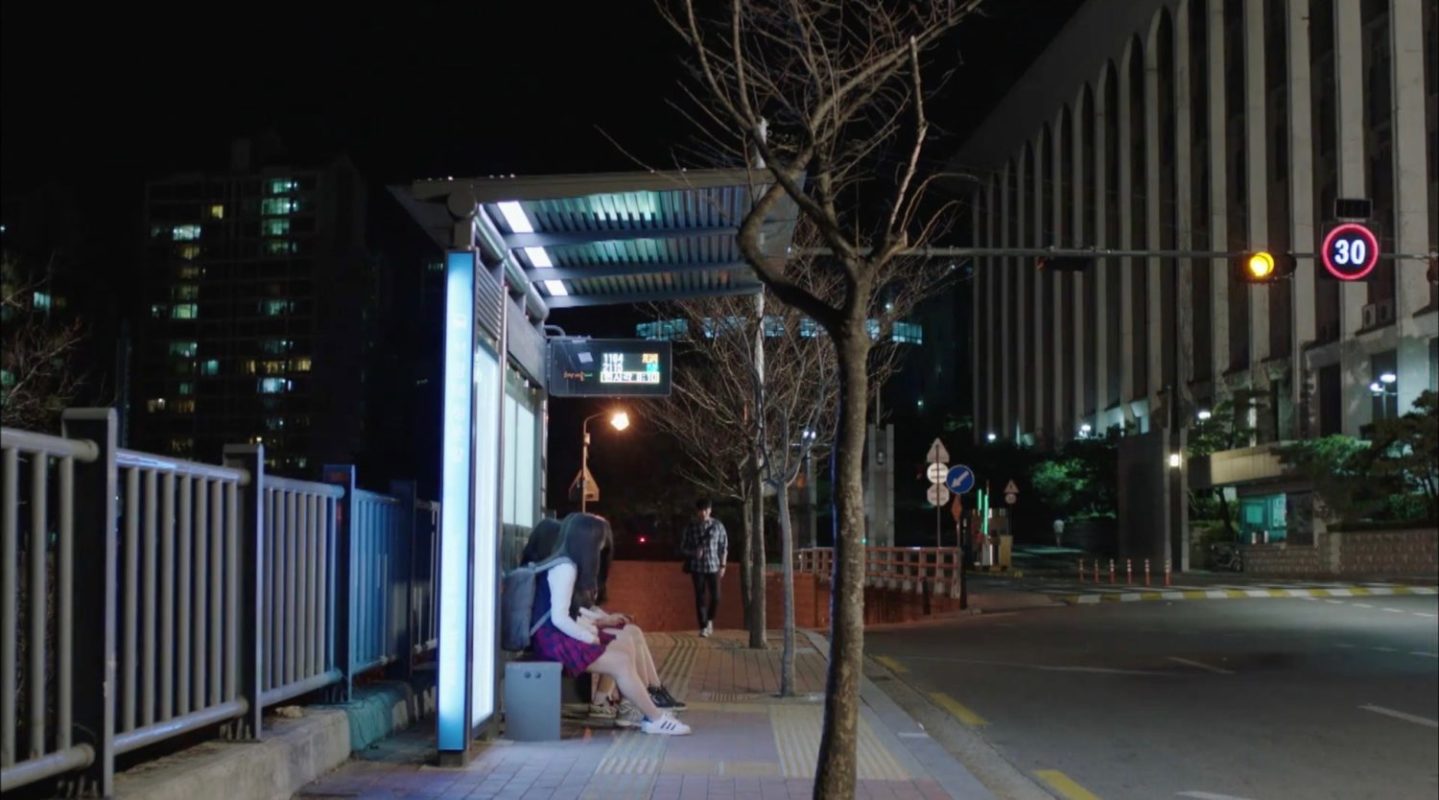 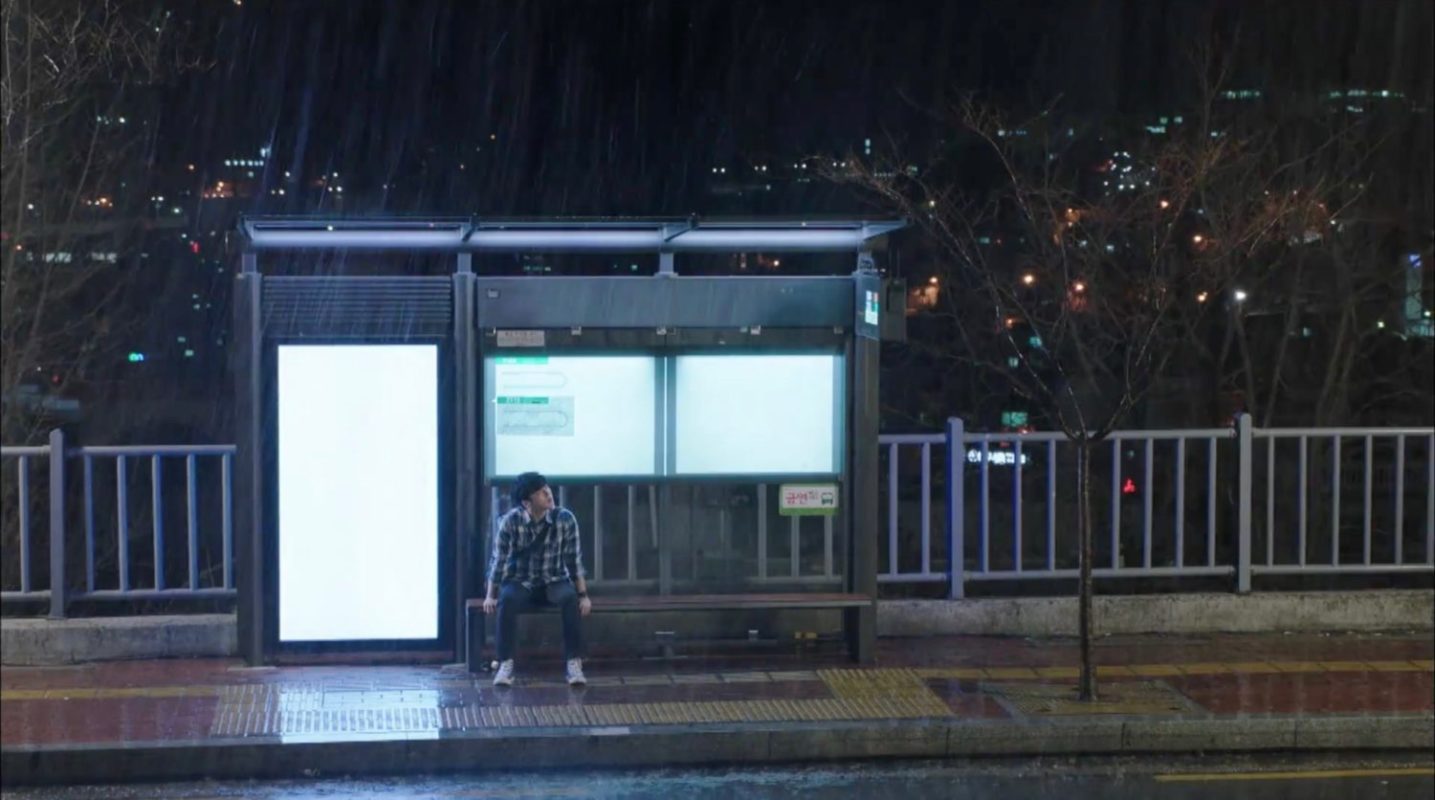 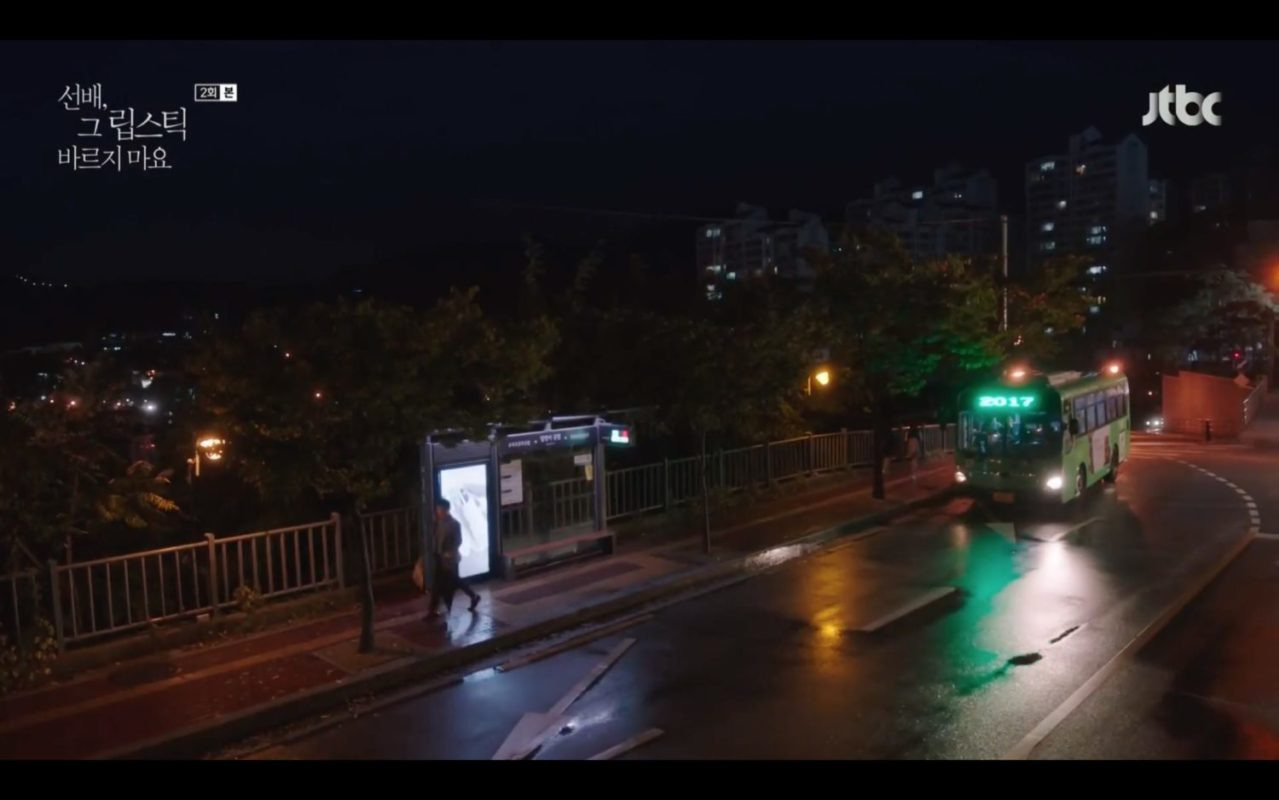 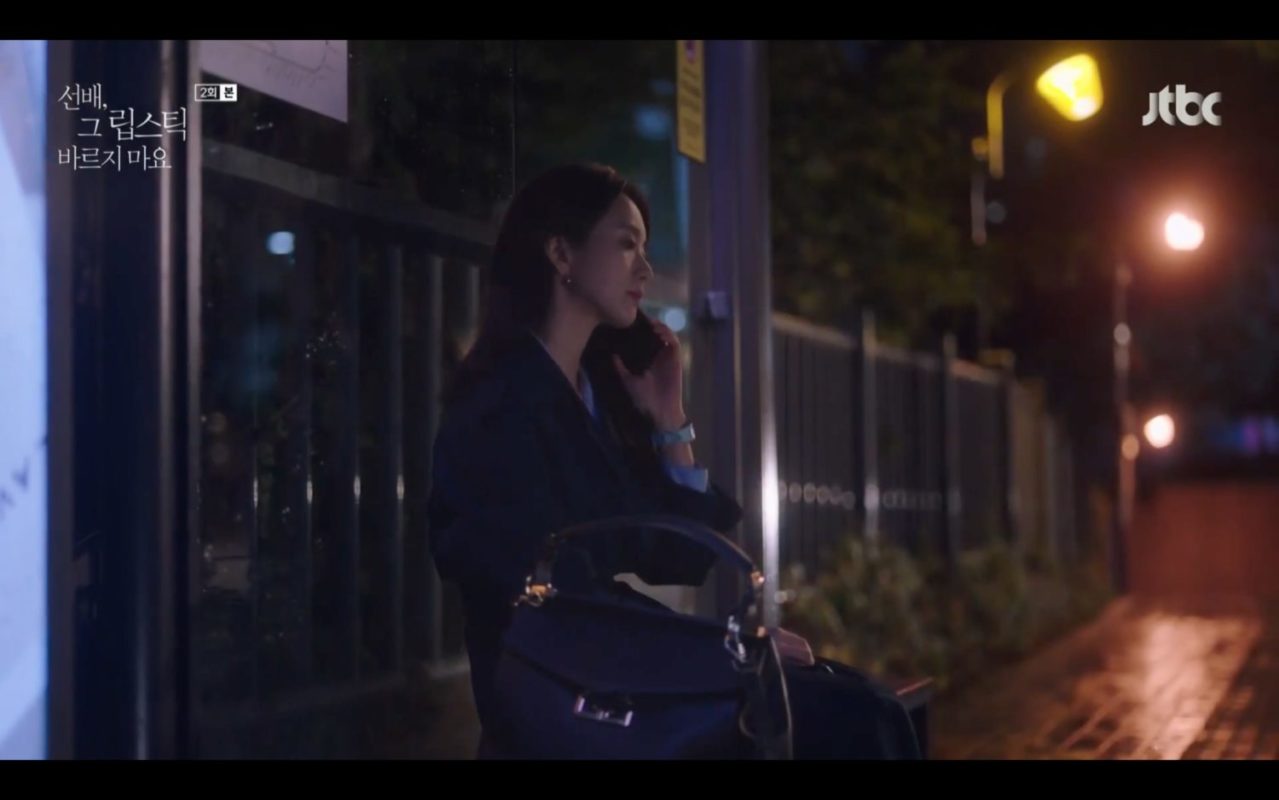 On her way home after her talk with her boyfriend Lee Jae-shin (Lee Hyun-wook), Yoon Song-ah (Won Jin-ah) gets off the bus at this stop — appearing as ‘Dalmaji Station’– in episode 2 of She Would Never Know/Senior, Don’t Put on That Lipstick (선배, 그 립스틱 바르지 마요) (JTBC, 2021). At that moment, she gets a phone call from her mother and breaks down in tears on the bus stop’s bench — telling her mother everything she would have wanted to say earlier.

While reading the anonymous confession stories at this bus stop (seen as the ‘Seoyeon High School’ bus stop), Ji So-hyun (Yang Hye-ji) runs into Baek Ho-rang (Jung Da-bin) here in episode 1 of Live On (라이브온) (JTBC/Viki, 2020-21). So-hyun asks Ho-rang if the stories were the reason she’d joined the broadcast club, to which Ho-rang coldly replies that So-hyun shouldn’t pretend to care.

Yeo Ha-jin (Mun Ka-young) and Jung Seo-yeon (Lee Joo-bin) takes the bus at this stop when playing hooky during their high school days as Yeo Ha-kyung (Kim Seul-gi) reads in the girls’ shared diary in episode 5 (full episode 3) of Find Me in Your Memory (그 남자의 기억법) (MBC, 2020).

It is at this bus stop that Park Sae-ro-yi (Park Seo-joon) chases after Oh Soo-A (Kwon Na-ra) in episode 6 of Itaewon Class (이태원 클라쓰) (JTBC, 2020) after hearing from Jo Yi-seo (Kim Da-mi) that it wasn’t Soo-A who reported his pub to the police.

After a contract proposal by DK E&M through Na Ji-a (Jang Ji-eun), Bang Myeong-soo (Byun Yo-han) heads tooth’s bus stop in episode 1 of Ex-Girlfriends’ Club/Ex-Girlfriend Club (구여친클럽) (tvN, 2015) when it starts to rain. Instead of getting on the bus, he stays sitting on this bus stop’s bench and thinks back to a moment together with Kim Soo-jin (Song Ji-hyo) when they both were waiting for a bus drenched by the rain.