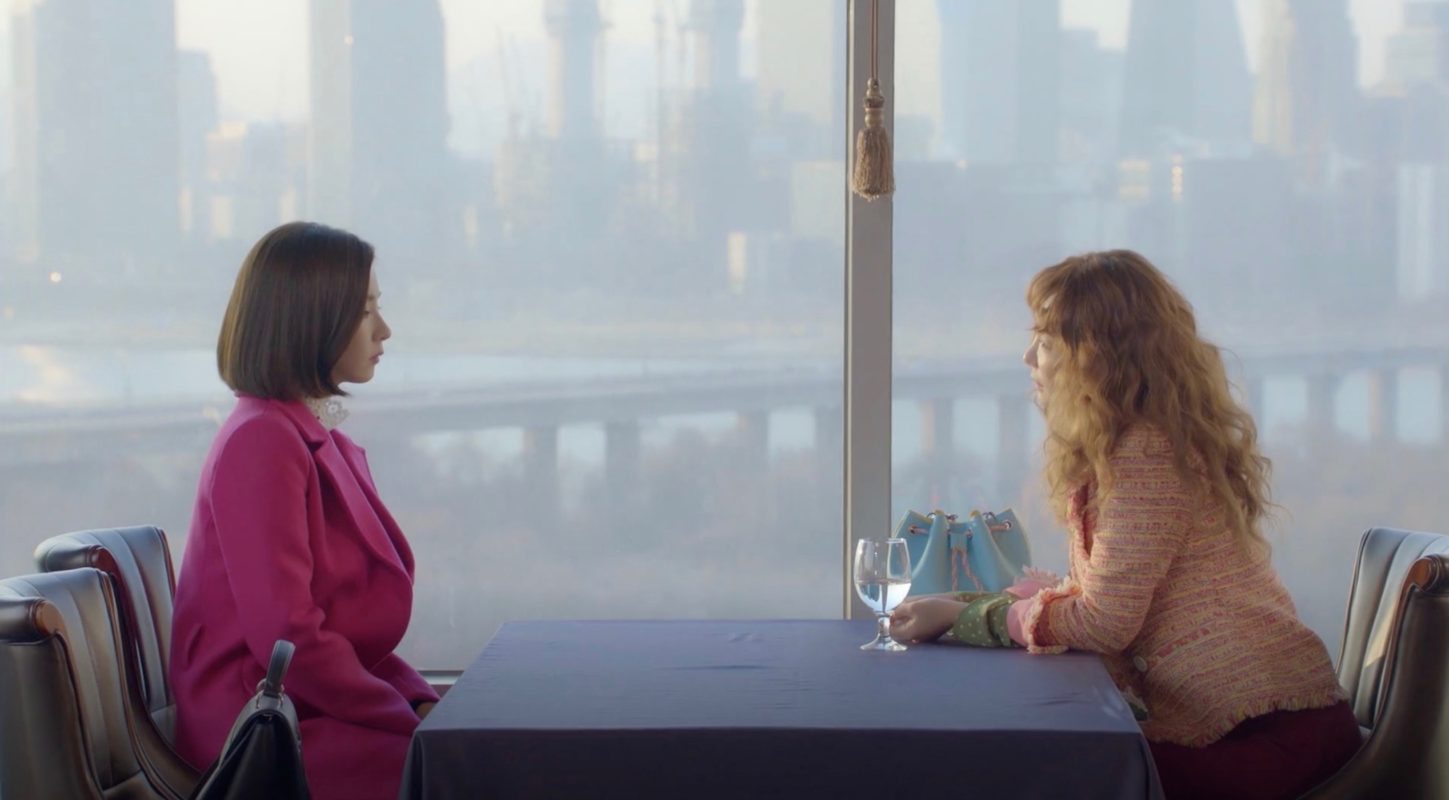 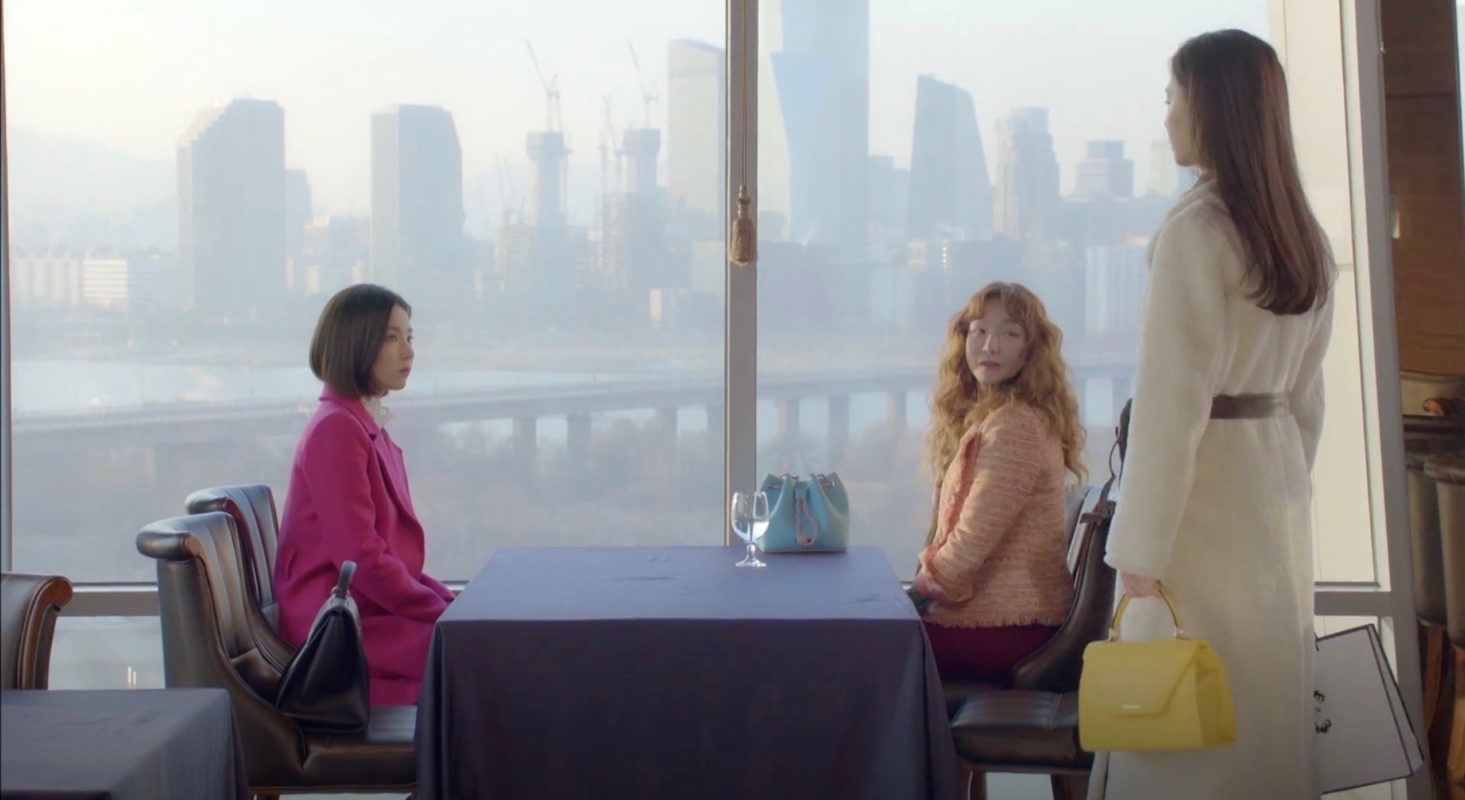 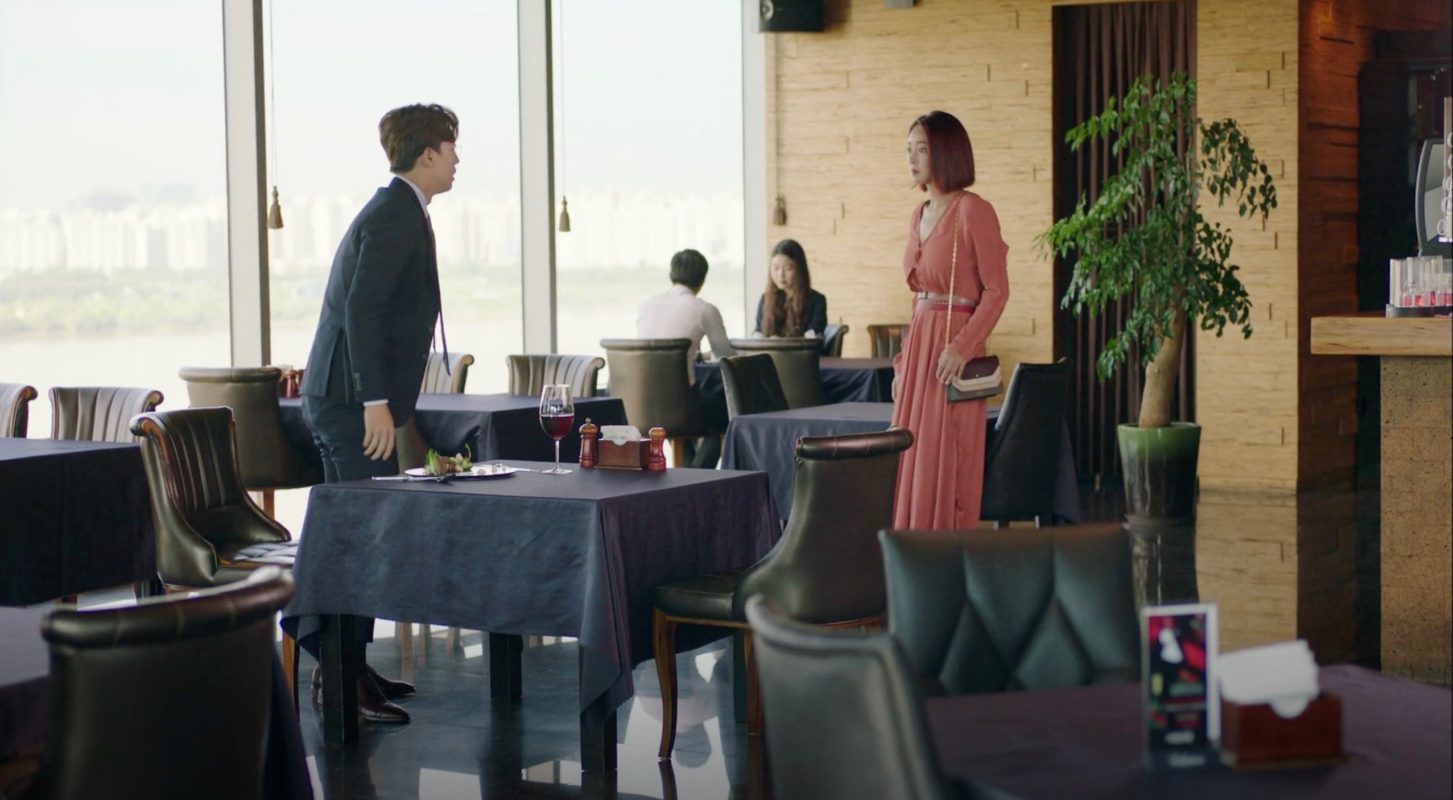 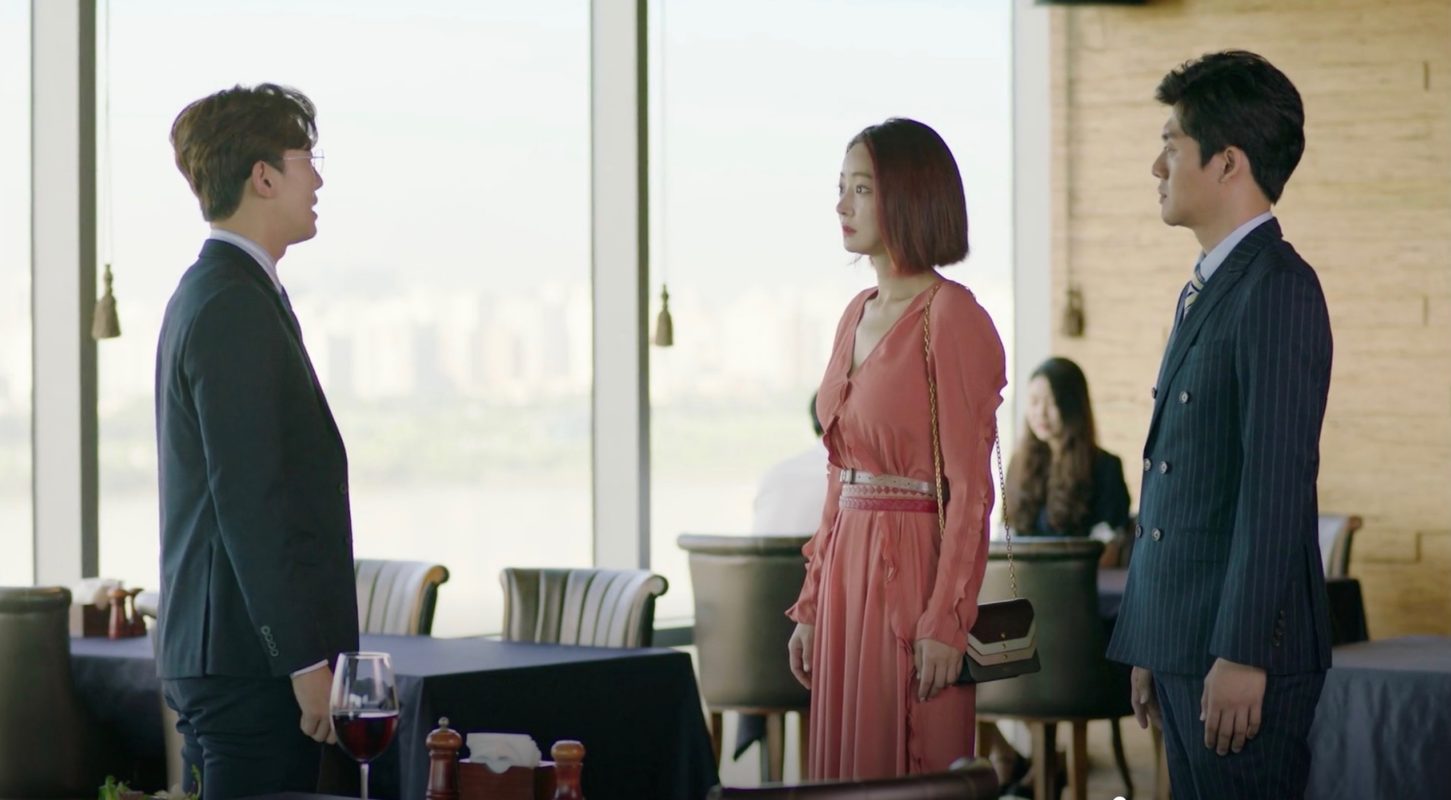 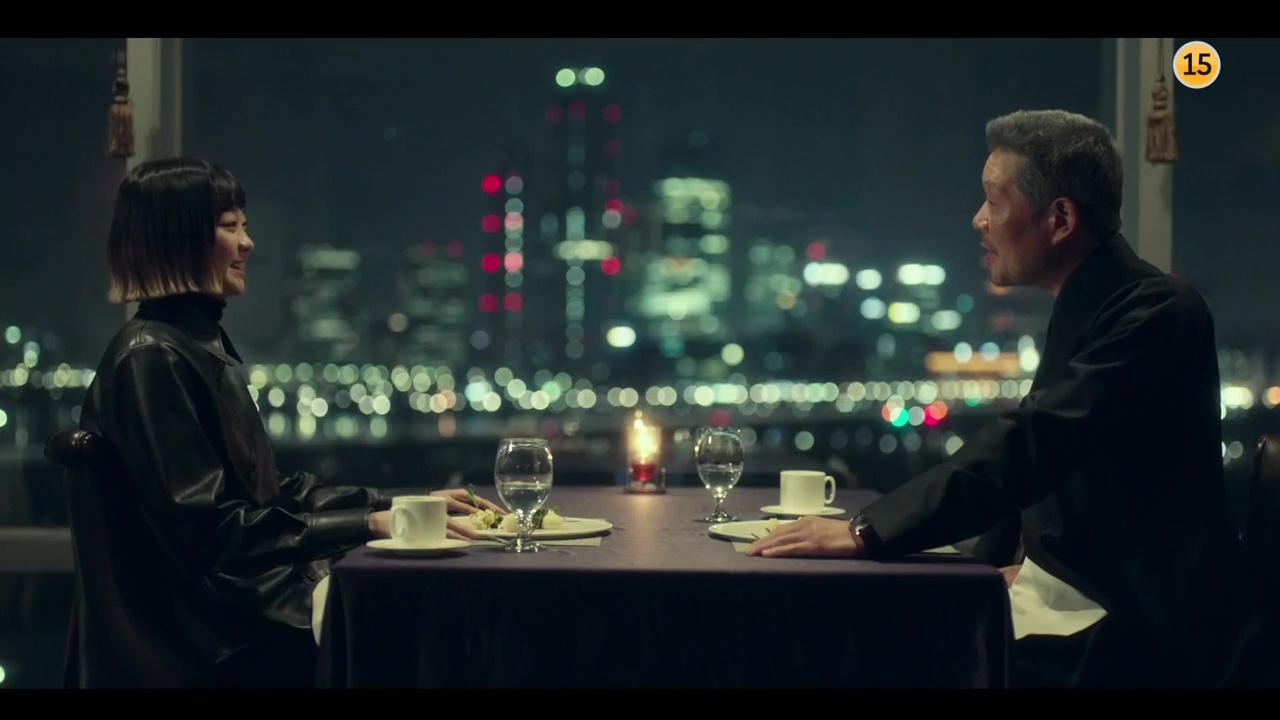 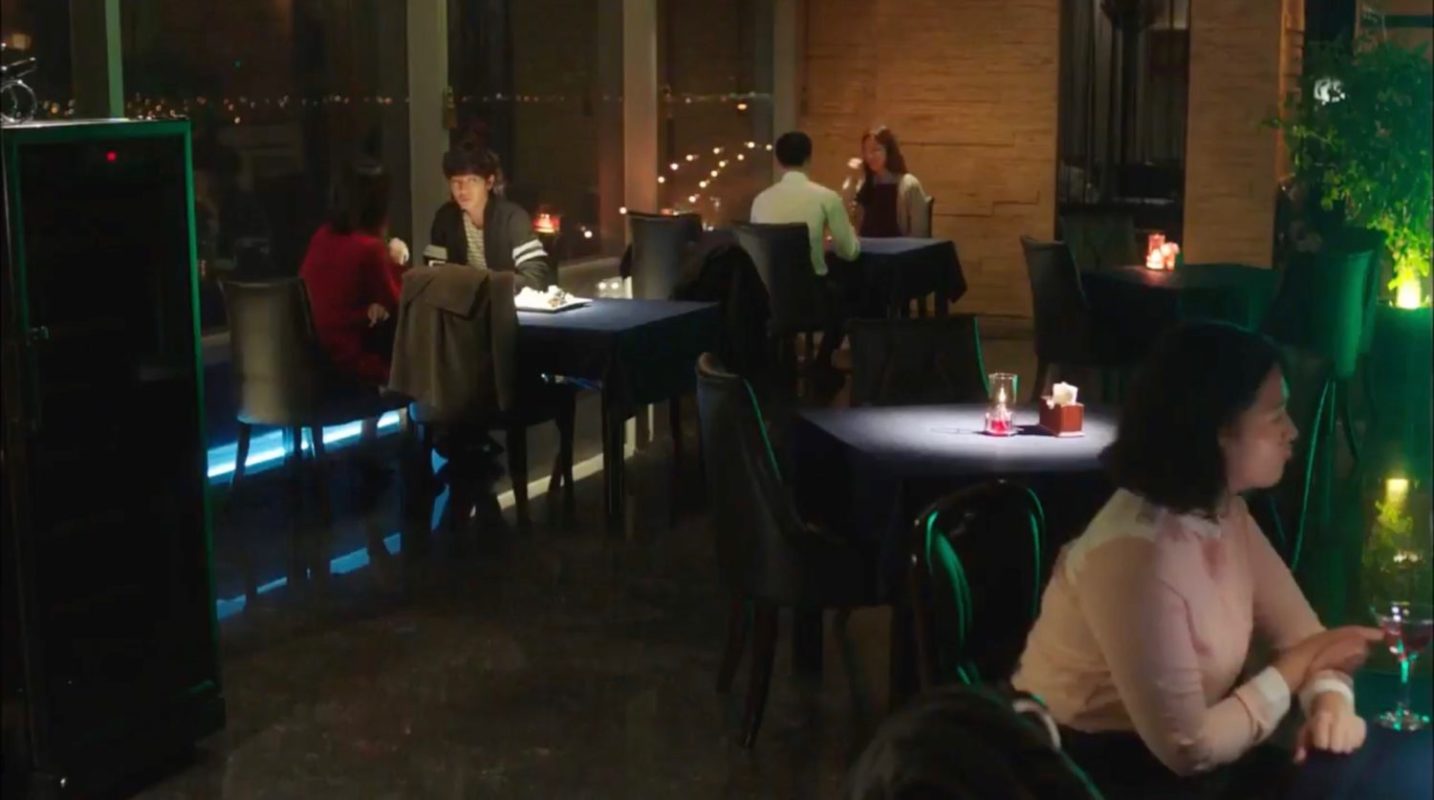 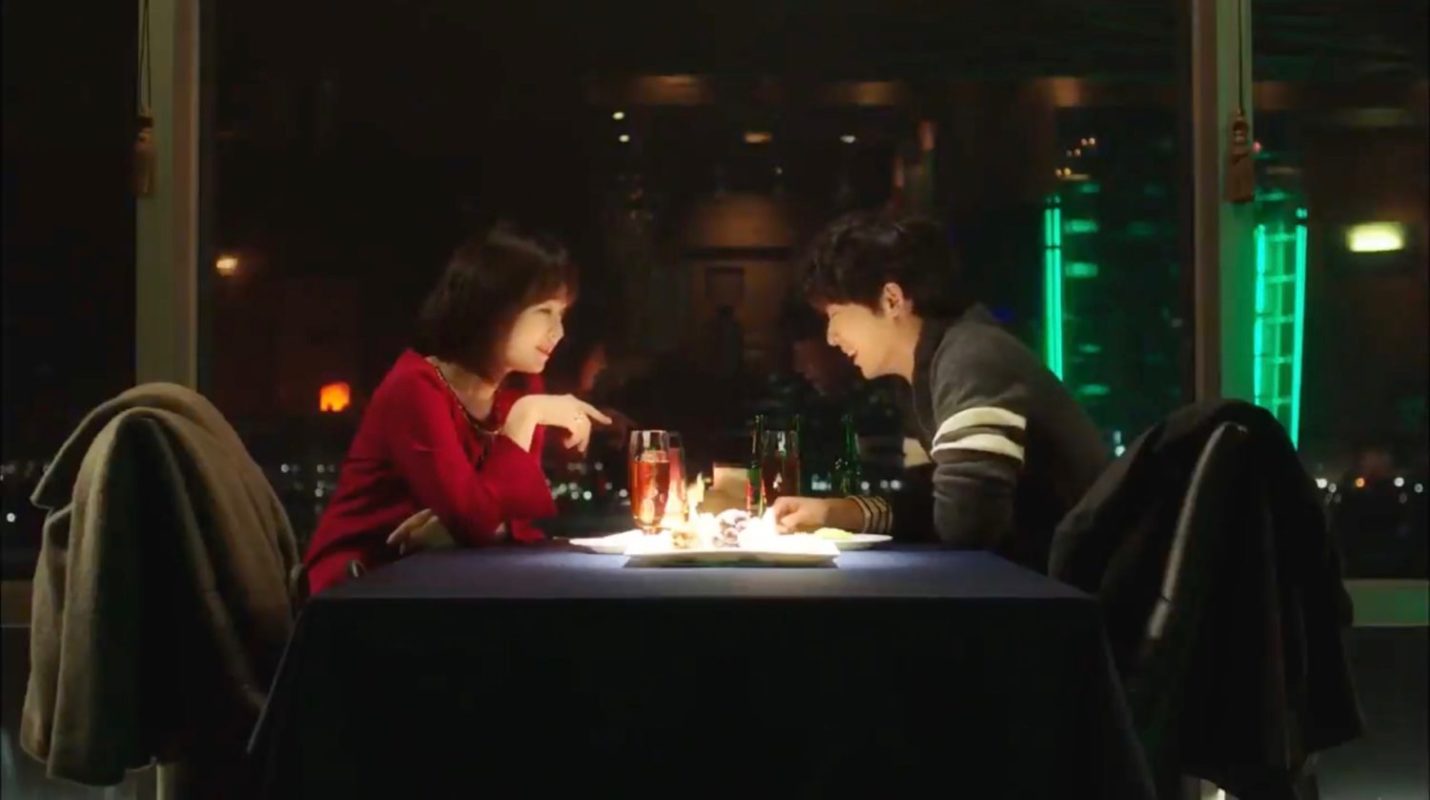 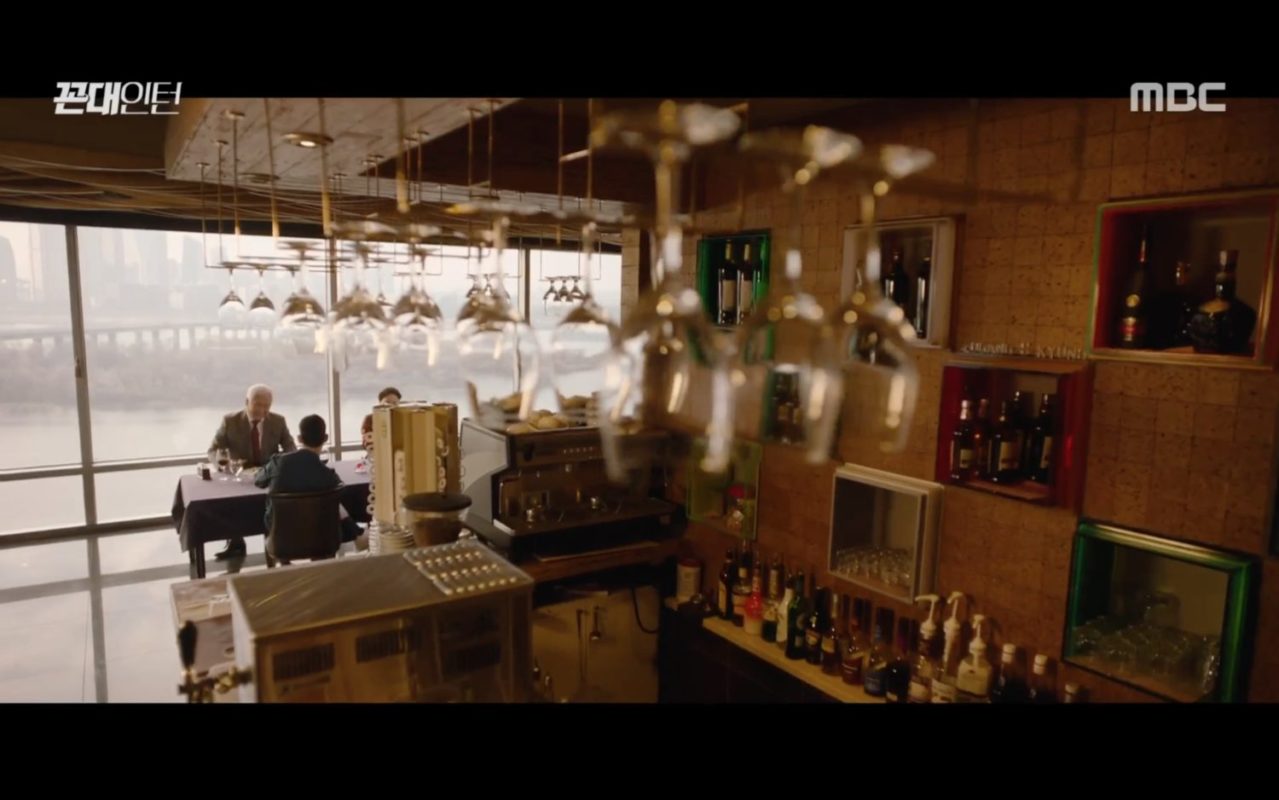 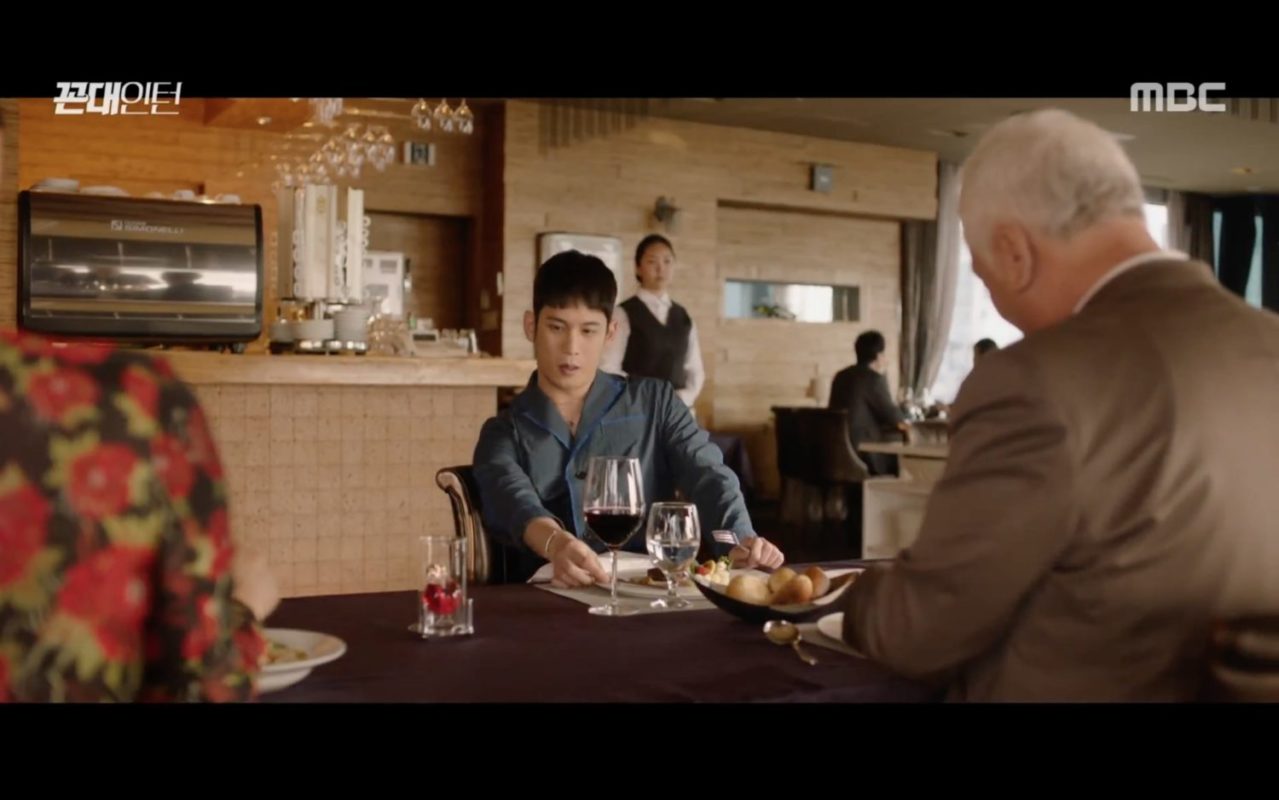 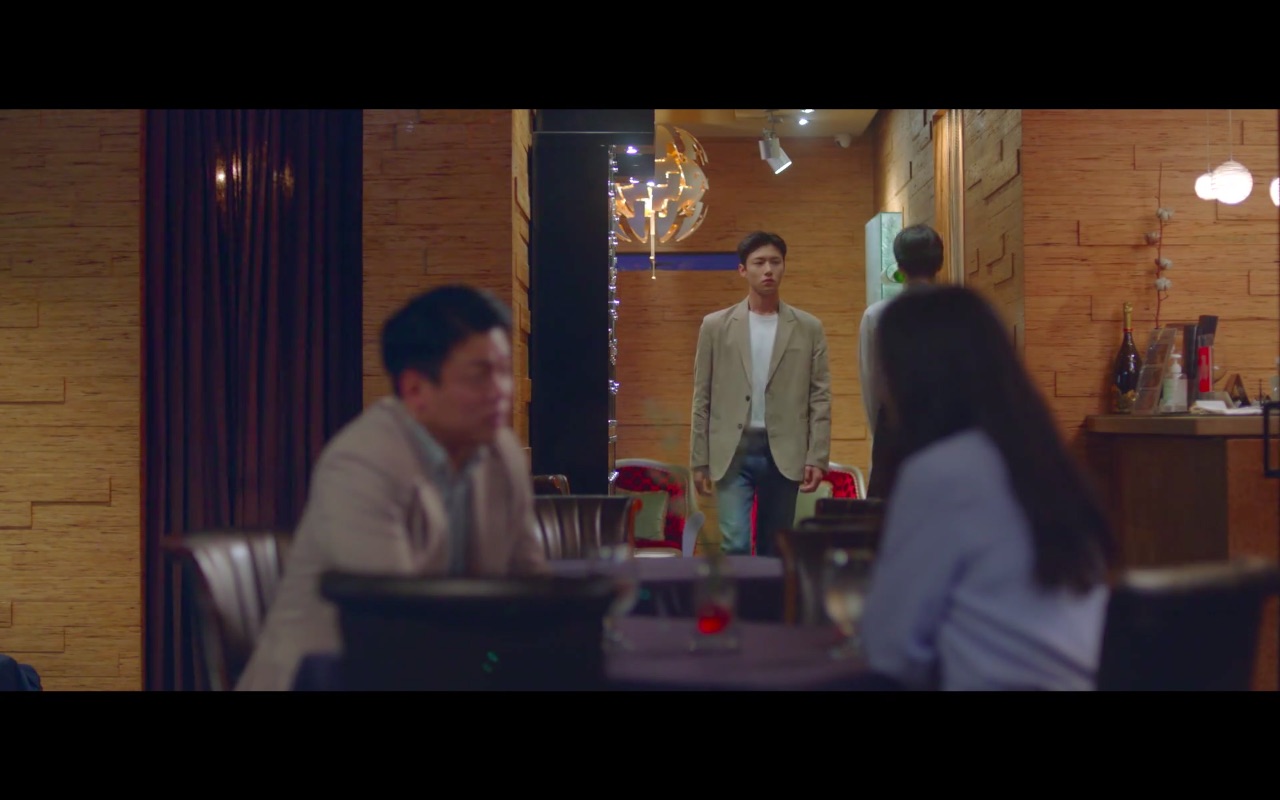 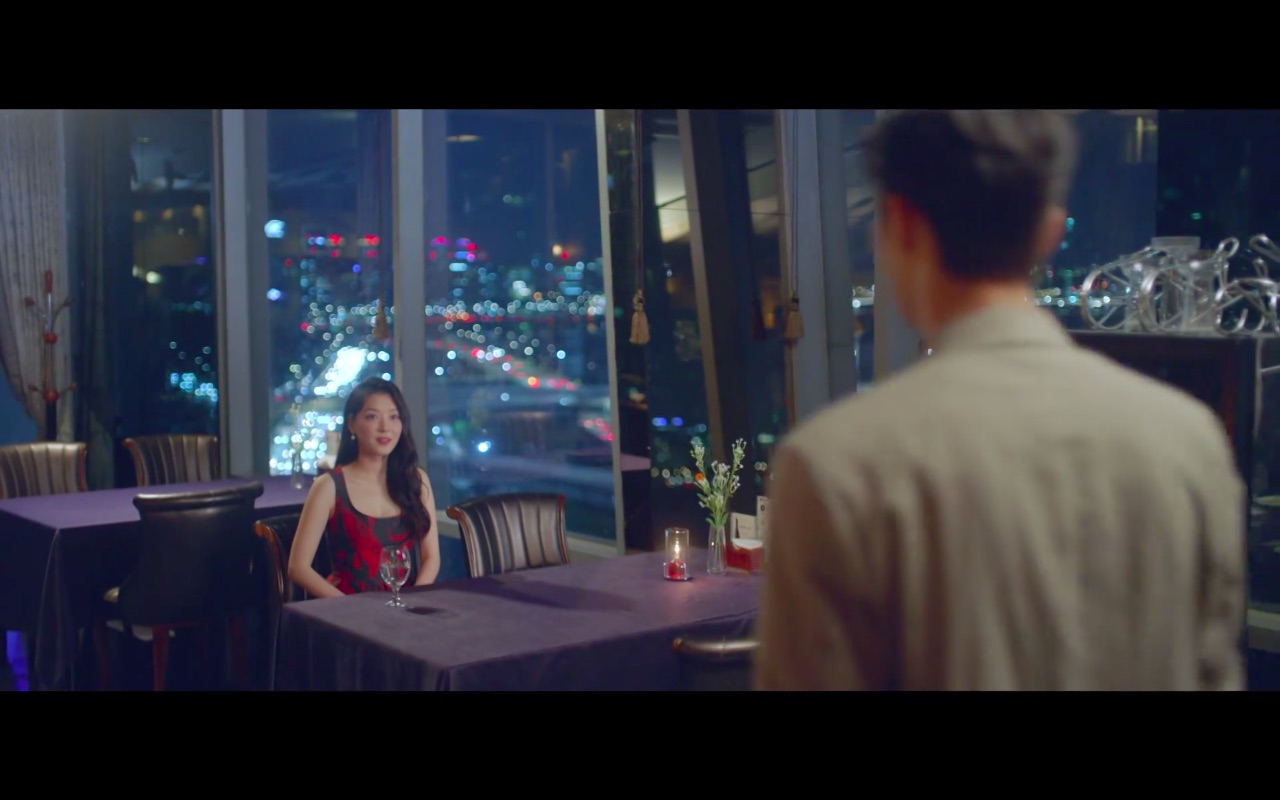 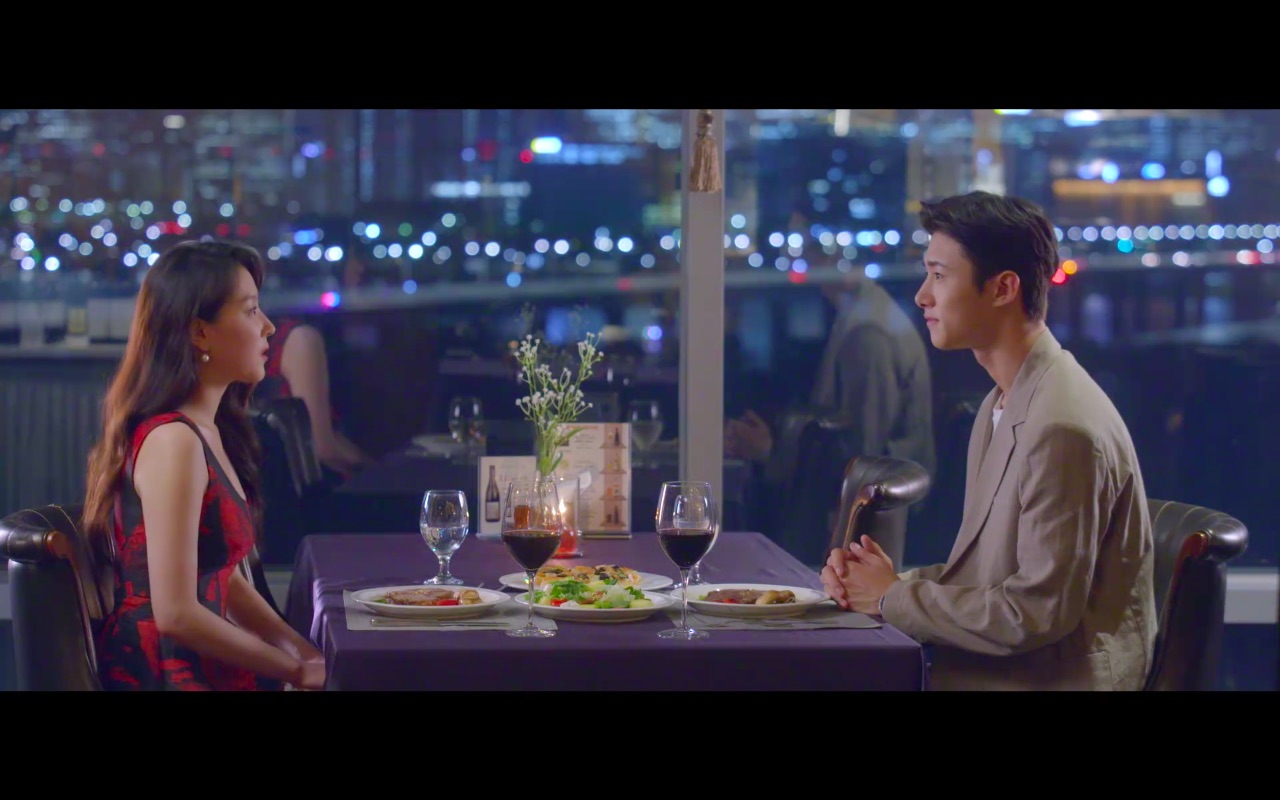 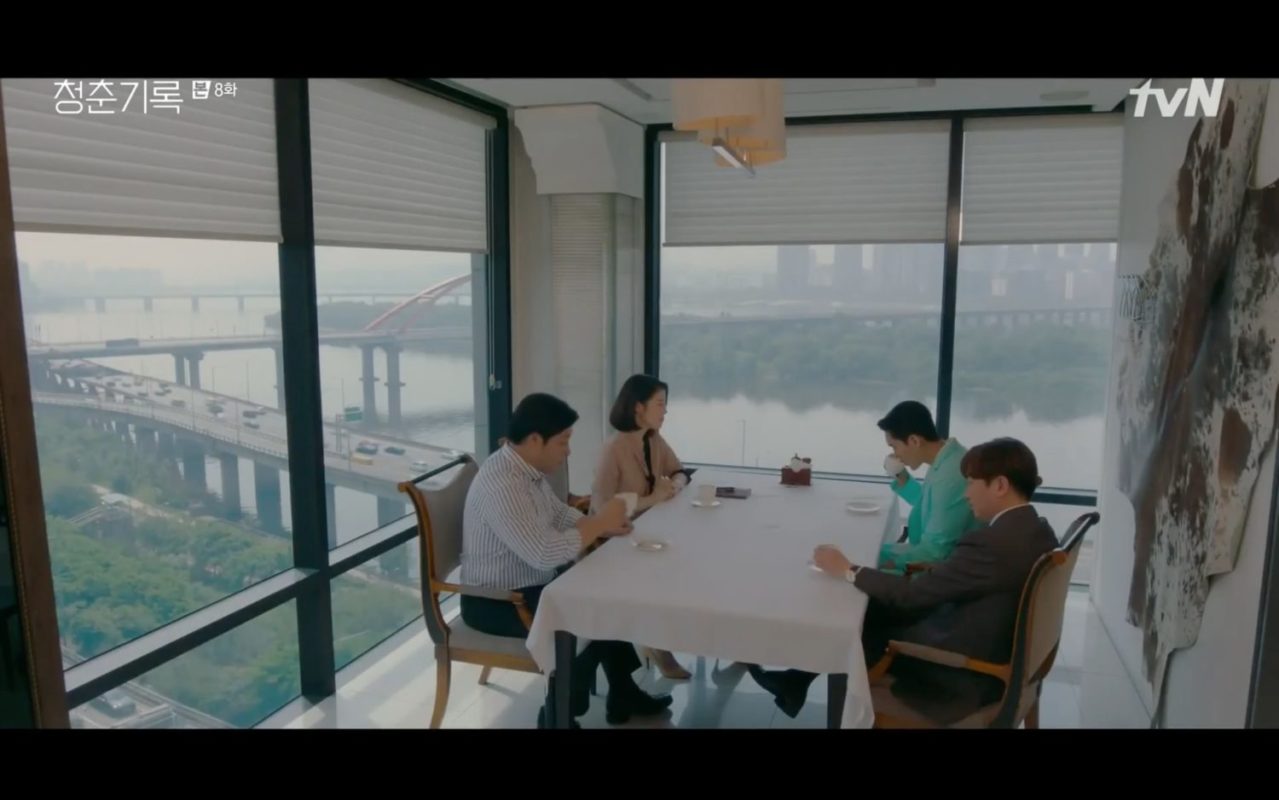 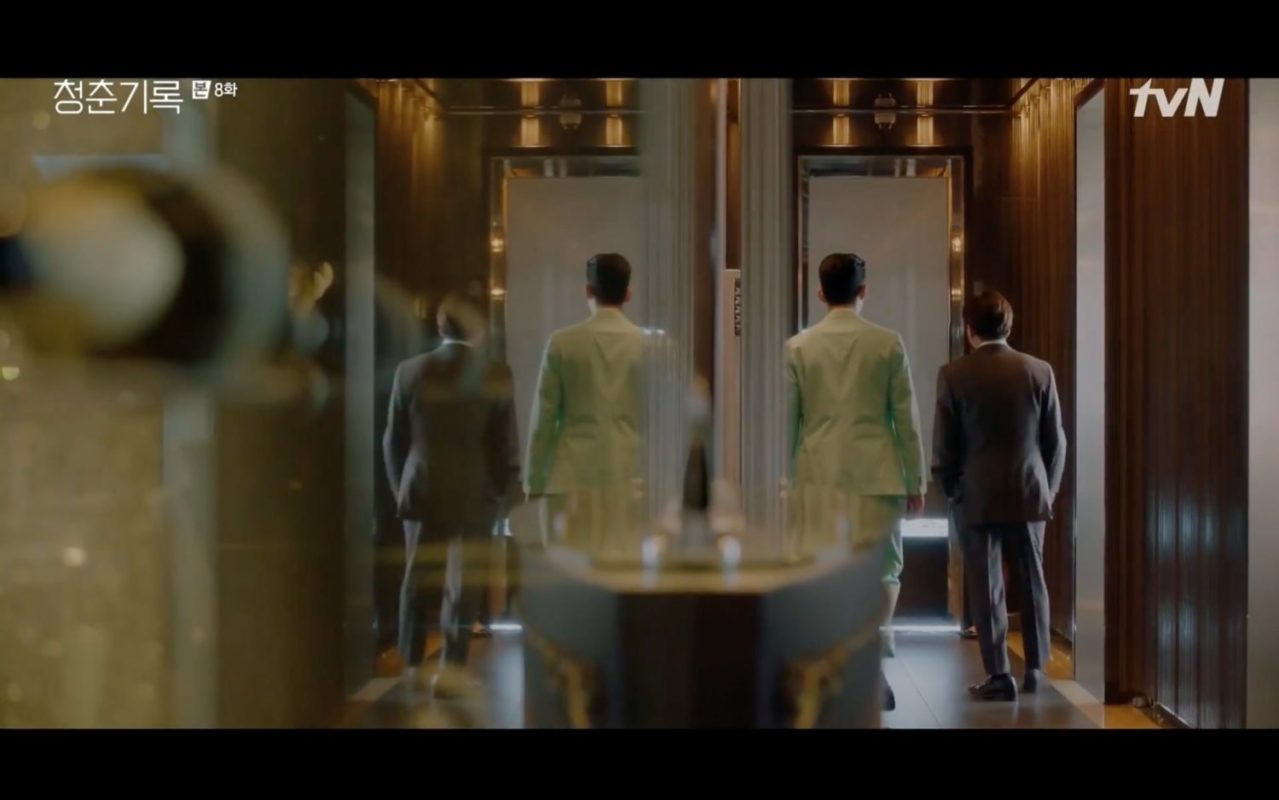 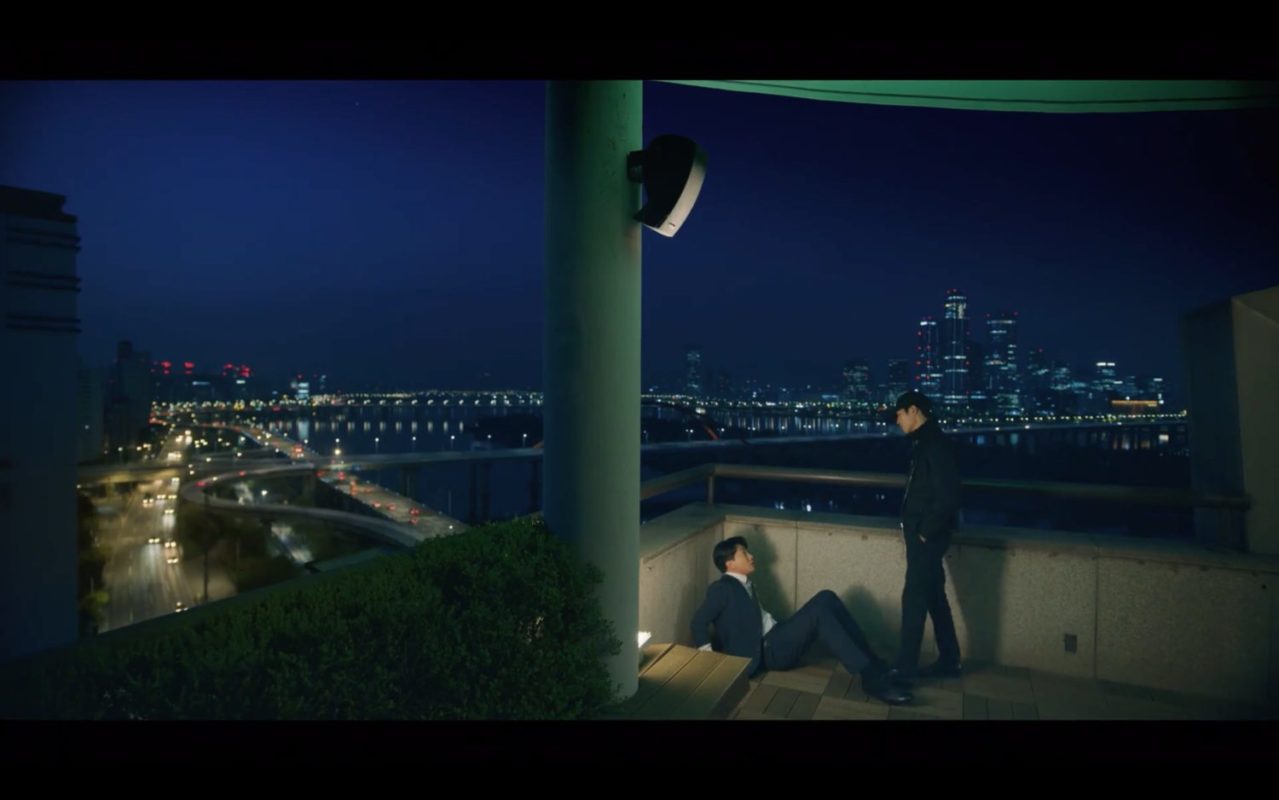 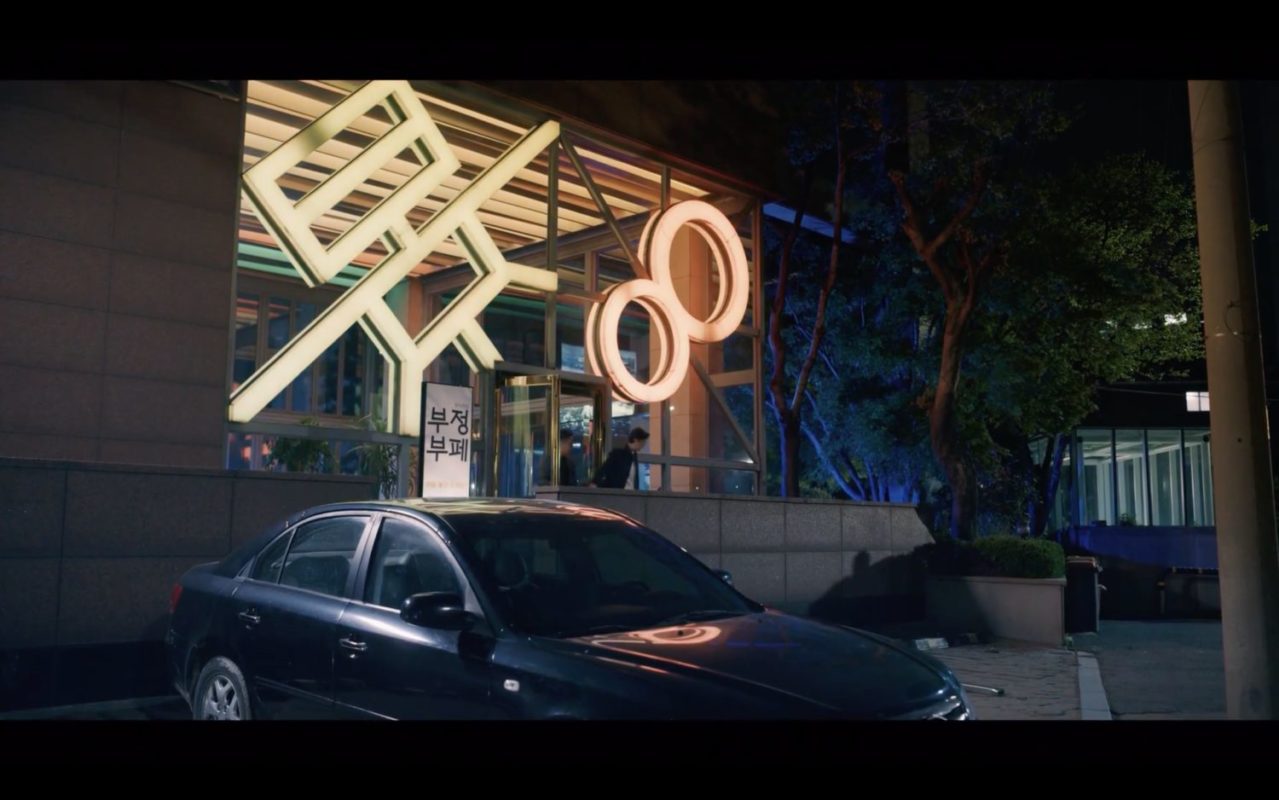 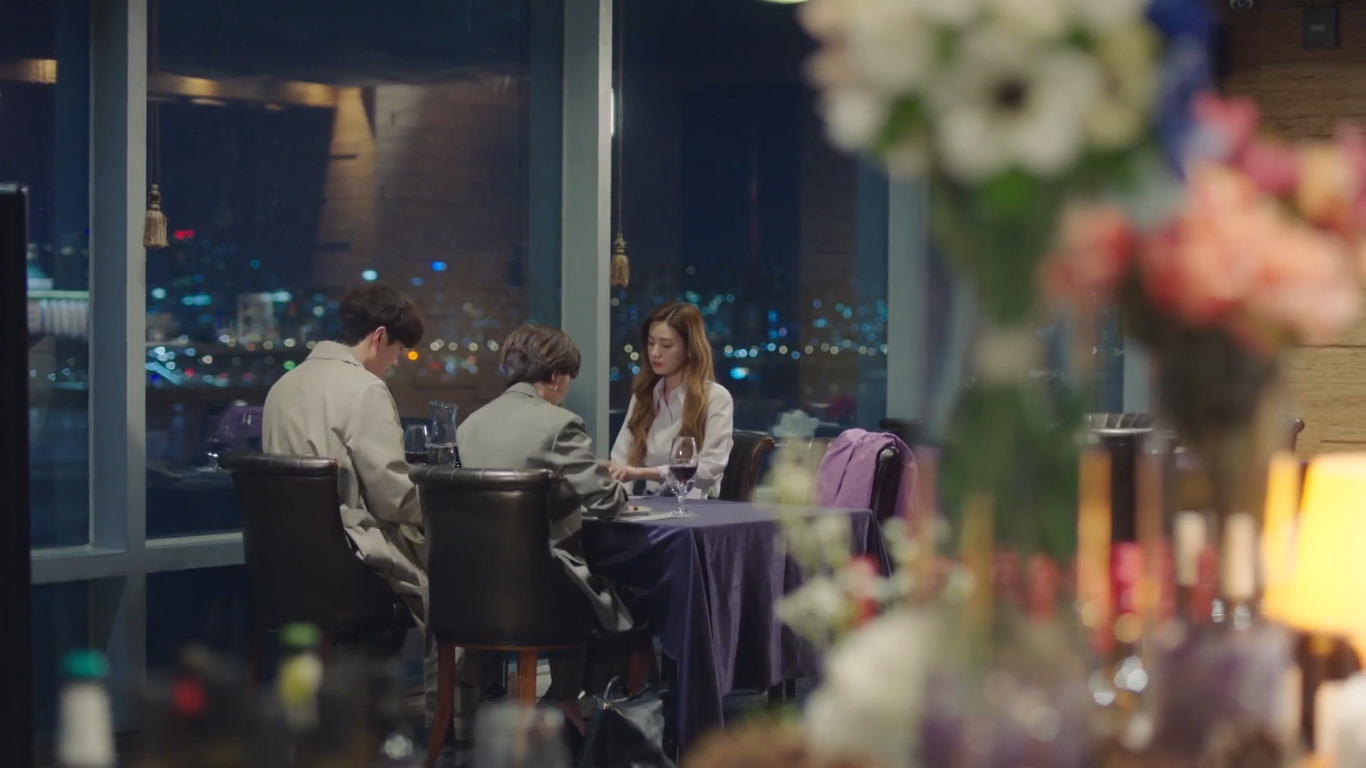 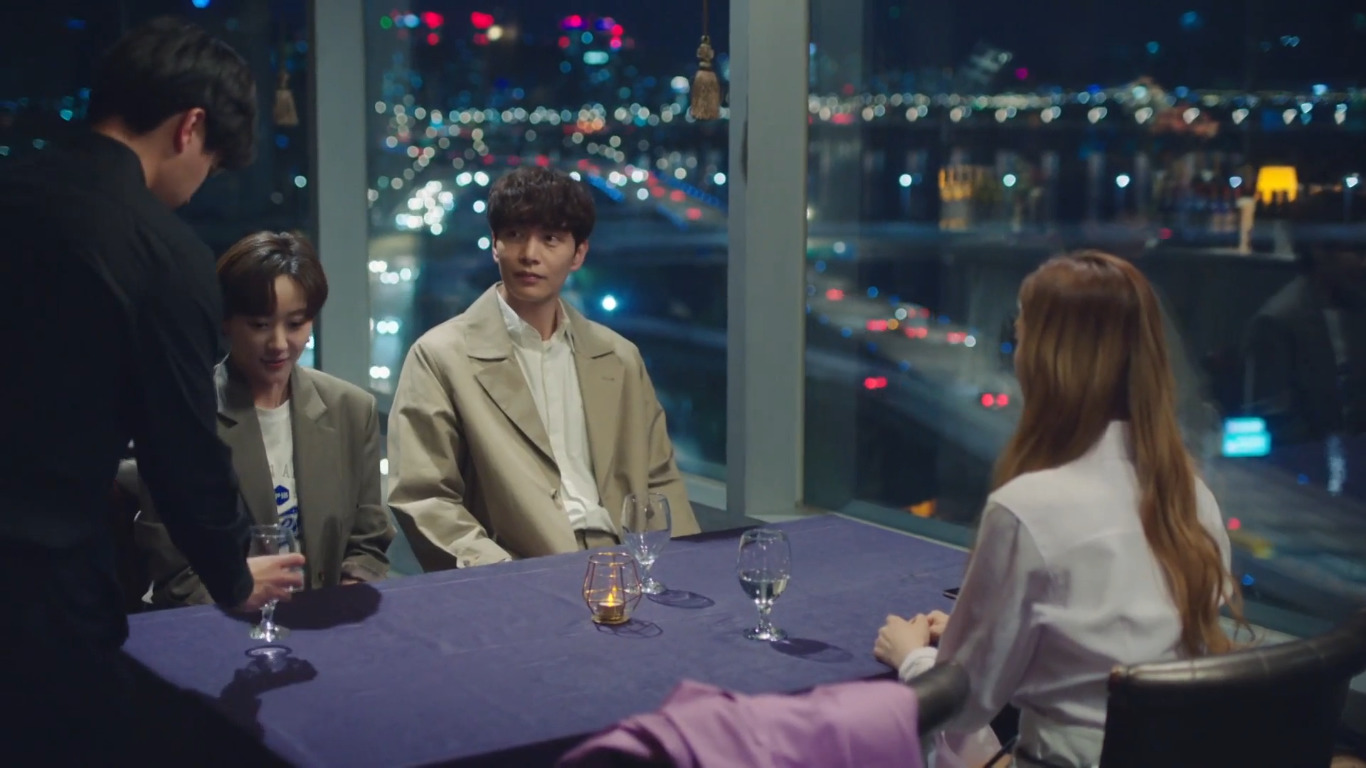 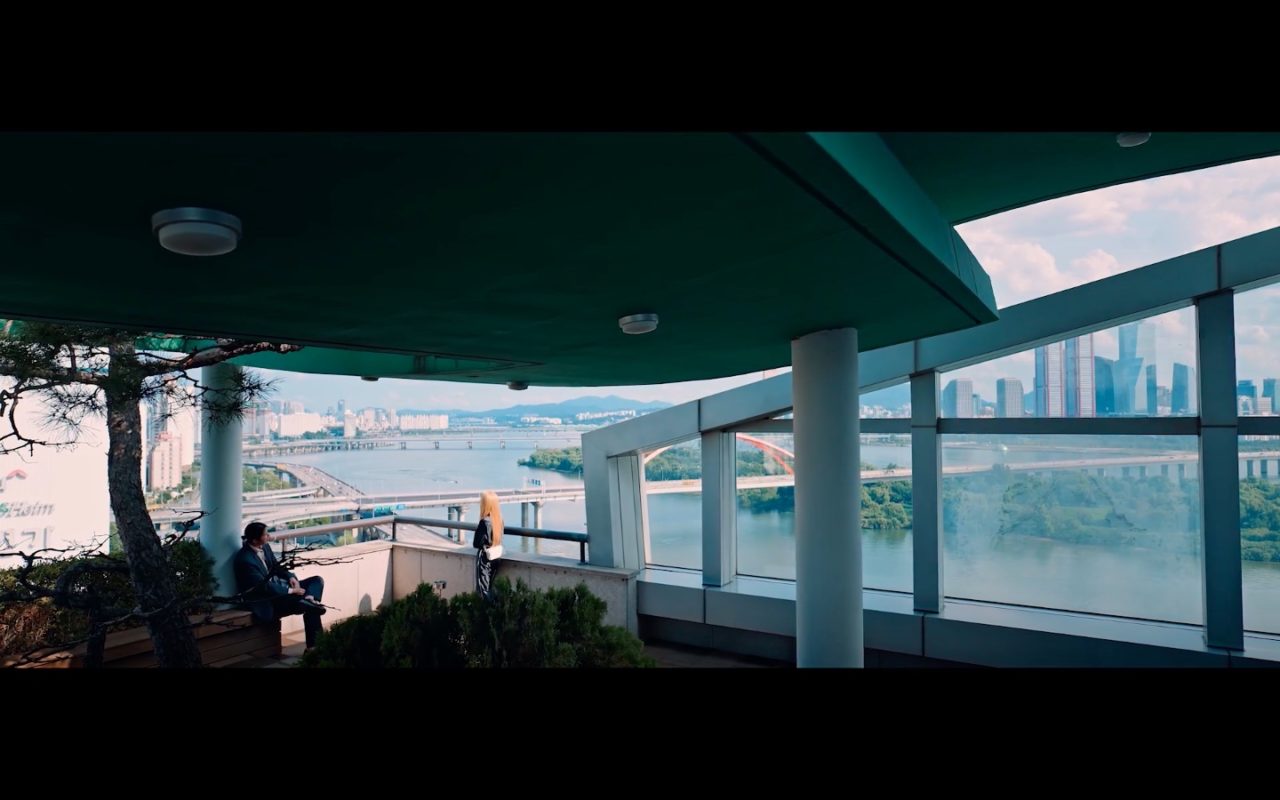 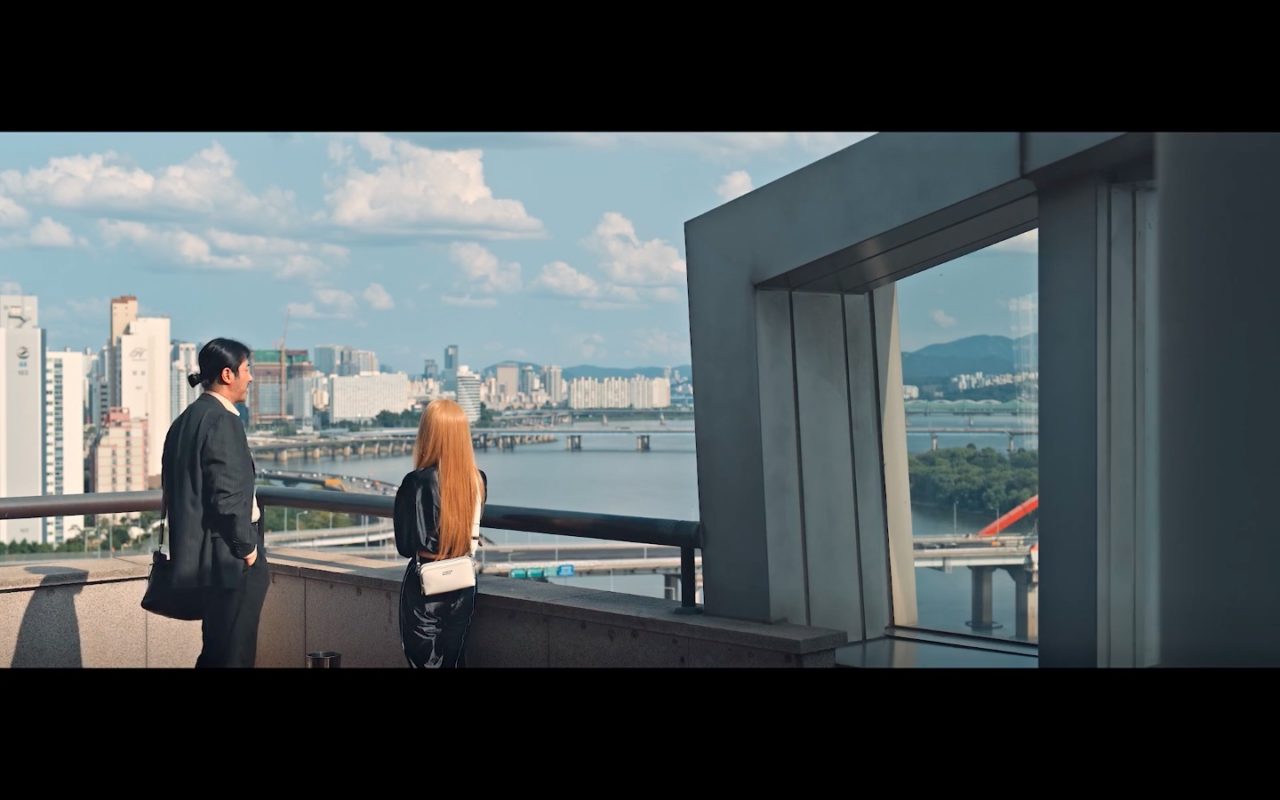 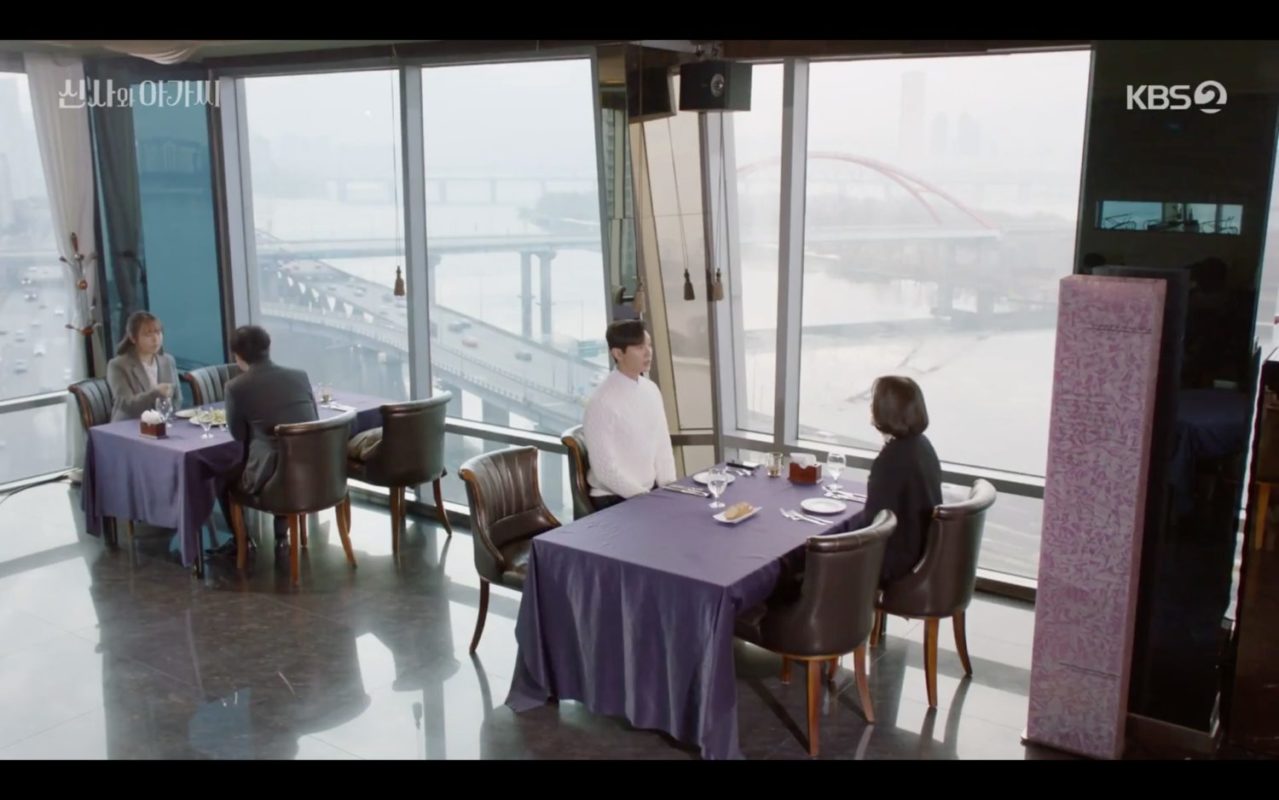 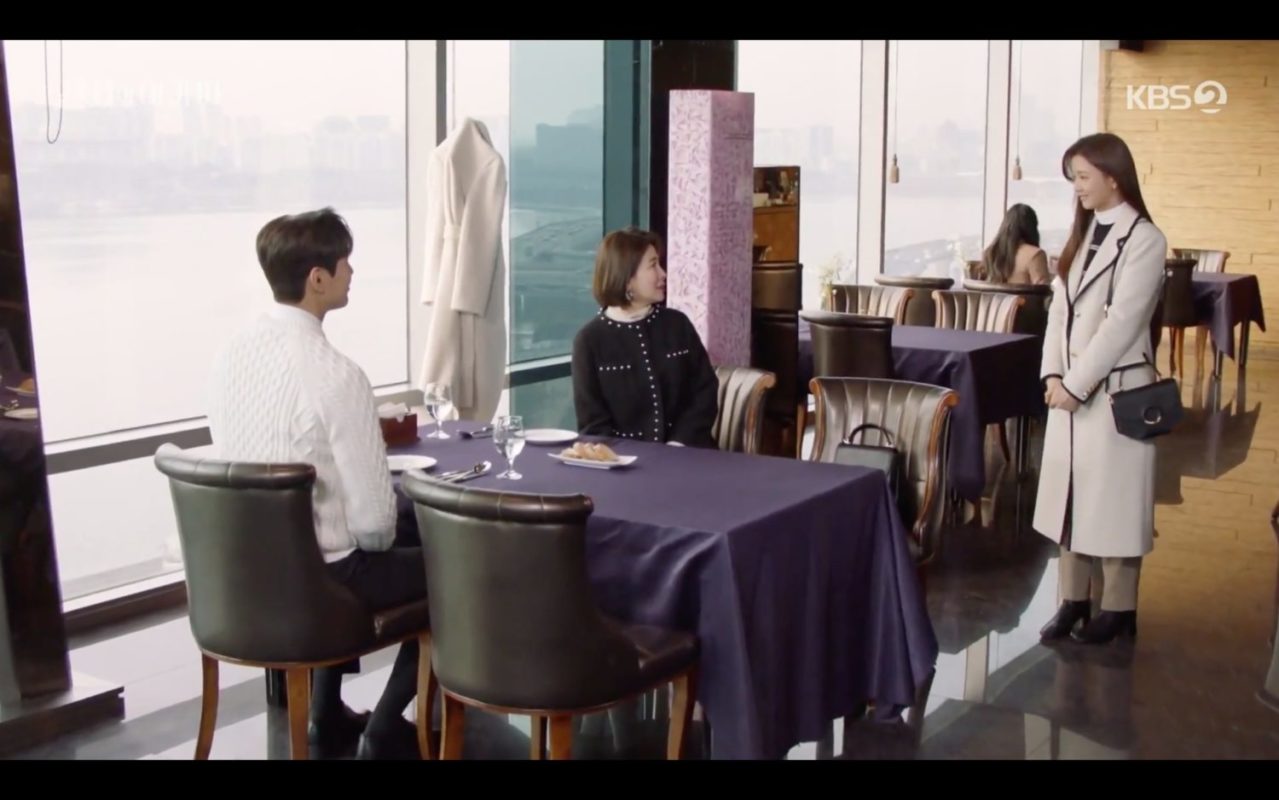 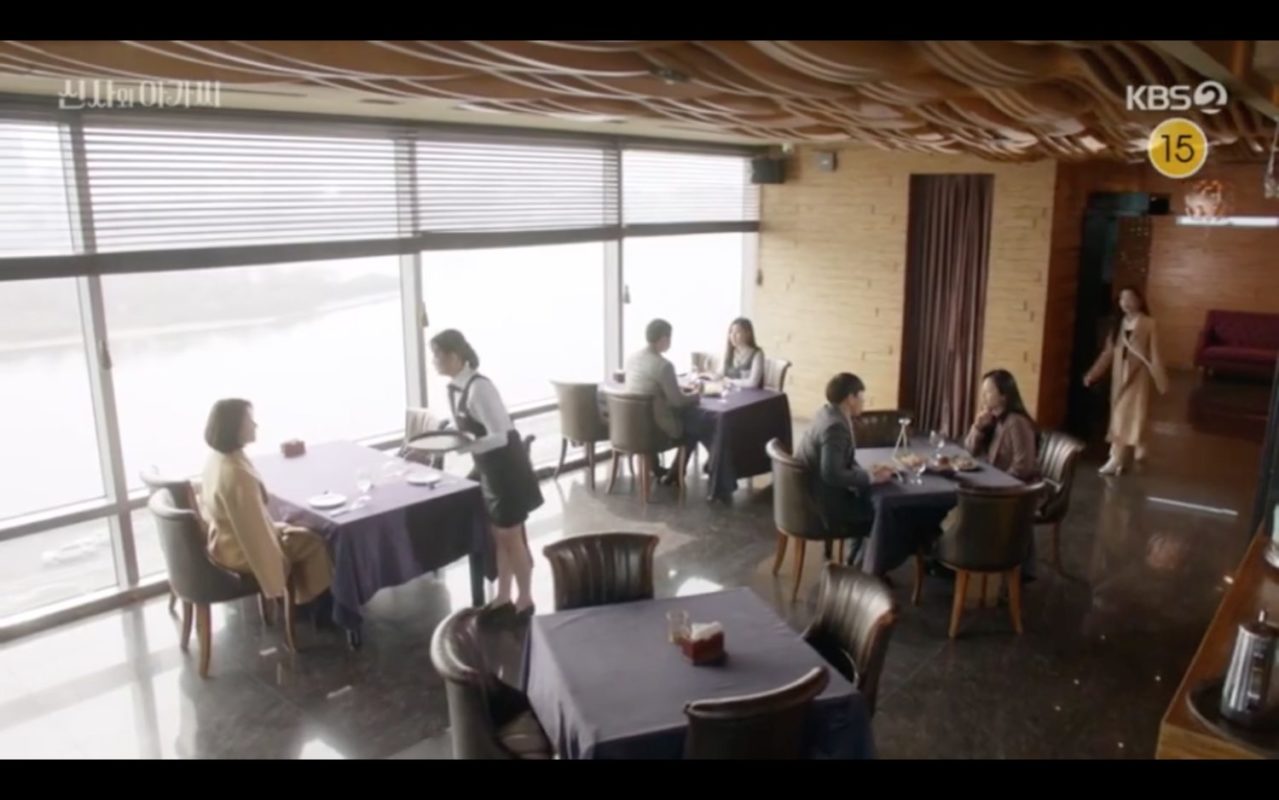 Lee Yong-gook (Ji Hyun-woo) and Jo Sa-ra (Park Ha-na) have a romantic dinner at this restaurant in episode 28 of Young Lady and Gentleman/A Gentleman and a Young Lady (신사와 아가씨) (KBS2, 2021-22). In episodes 37-38, a nervous Yong-gook meets up with Anna Kim/Kim Ji-young (Lee Il-hwa) at this restaurant to let her know that he is serious about Park Dan-dan (Lee Se-hee) and they are dating. When Dan-dan joins them, Anna cannot hide that she is shocked about this revelation and excuses herself as quickly as possible. In episode 47, Anna meets up with Dan-dan at this restaurant again.

Oh Joo-in (Im Jin-ah/Nana from After School) invites Han Bi-soo (Lee Min-ki) for dinner at this restaurant, in an attempt to change his mind about breaking-up in episode 13 of Oh My Ladylord/Oh! Master (오! 주인님) (MBC, 2021). Unfortunately he shows up with his first crush and ex-girlfriend, Oh Hee-jung, which makes for an awkward dinner.

The building’s exterior as well as the balcony of this restaurant is seen in episode 19 of Vincenzo (빈센조) (tvN/Netflix, 2021) during the final encounter between Vincenzo Cassano/Park Joo-hyung (Song Joong-ki) and prosector Jung In-kuk (Ko Sang-ho).

Actor Park Do-Ha (Kim Gun-Woo) and his manager Lee Tae-Su (Lee Chang-Hoon) meet up at this restaurant with the PD and screen writer (Kim Ro-sa) of the drama he will be staring in next in episode 8 of Record of Youth/The Moment/Youth Record (청춘기록) (tvN, 2020).

Han Seo-yeon (Jo Woo-ri) invites Park Do-gyeom (Seo Ji-hoon) to this restaurant in episode 9 of Men Are Men / To All The Guys That Loved Me / That Guy Is The Guy (그놈이 그놈이다) (KBS2, 2020) on the premise of doing an interview with him, but he catches on that she’s not actually prepared for it. In her nervousness, she ends up confessing that she likes him, but Do-gyeom gently rejects her.

Park Yoo-sik (Kang Ki-young) comes to this restaurant in episode 11 of Why Secretary Kim/What’s Wrong With Secretary Kim (김비서가 왜 그럴까) (tvN, 2018) alone on his ex-wife’s birthday and remembers the good times they had here as a couple. When his ex-wife, Seo-jin (Seo Hyo-rim) also comes to the restaurant but in company with a man, he gets angry at her until she sets him straight telling him that the man in question is her cousin.

Jung Hae-ra’s (Shin Se-kyung) former best friend Kim Young-mi (Shin So-yul) ask her to come over to have dinner at this restaurant in episode 19 of Black Knight: The Man Who Guards Me (흑기사) (KBS2, 2017-18). A little later Sharon (Seo Ji-hye) joins them and both Young-mi and her affront each other while Hae-ra can’t understand what is going down in front of her.

Oh Se-young (Kim Jung-nan) and Ye Joon-soo (An Woo-yeon) have dinner at this restaurant in episode 7 of Bubblegum/Bubble Gum (풍선껌) (tvN, 2015) and they drink and flirt as much.

Shin Joong-han (Cha Seung-won) meets Yoon Hyo-jong (Na Eun-saem) at the rooftop of this building to question her about her situation with Hong Guk-hwa (Hwang Se-on) in episode 6 of One Ordinary Day/One Day (어느날) (Coupang Play, 2021).

The restaurant, which sits just vis-à-vis the restaurant Gortz, faces Seogang Bridge [서강대교] – most likely where it got its name from.