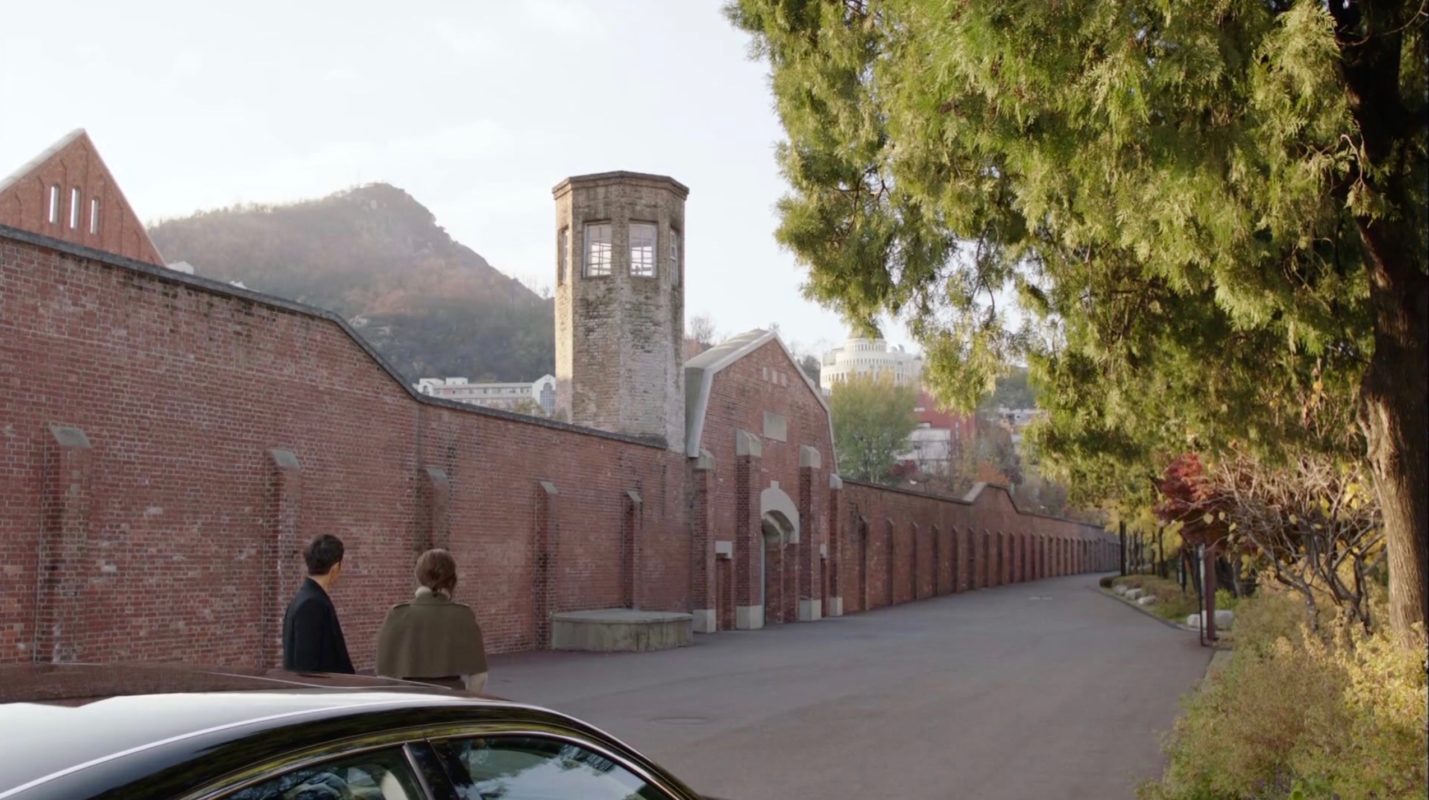 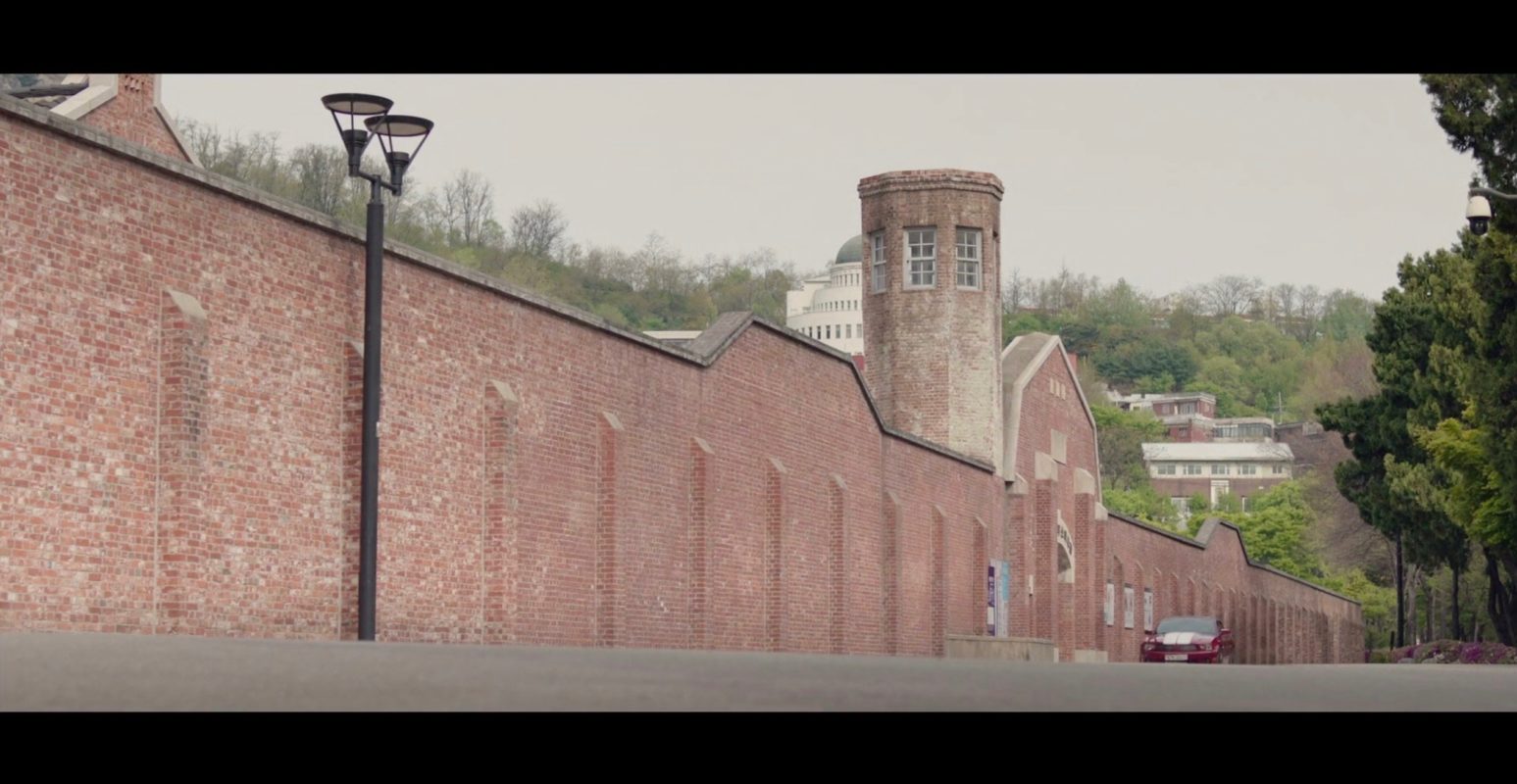 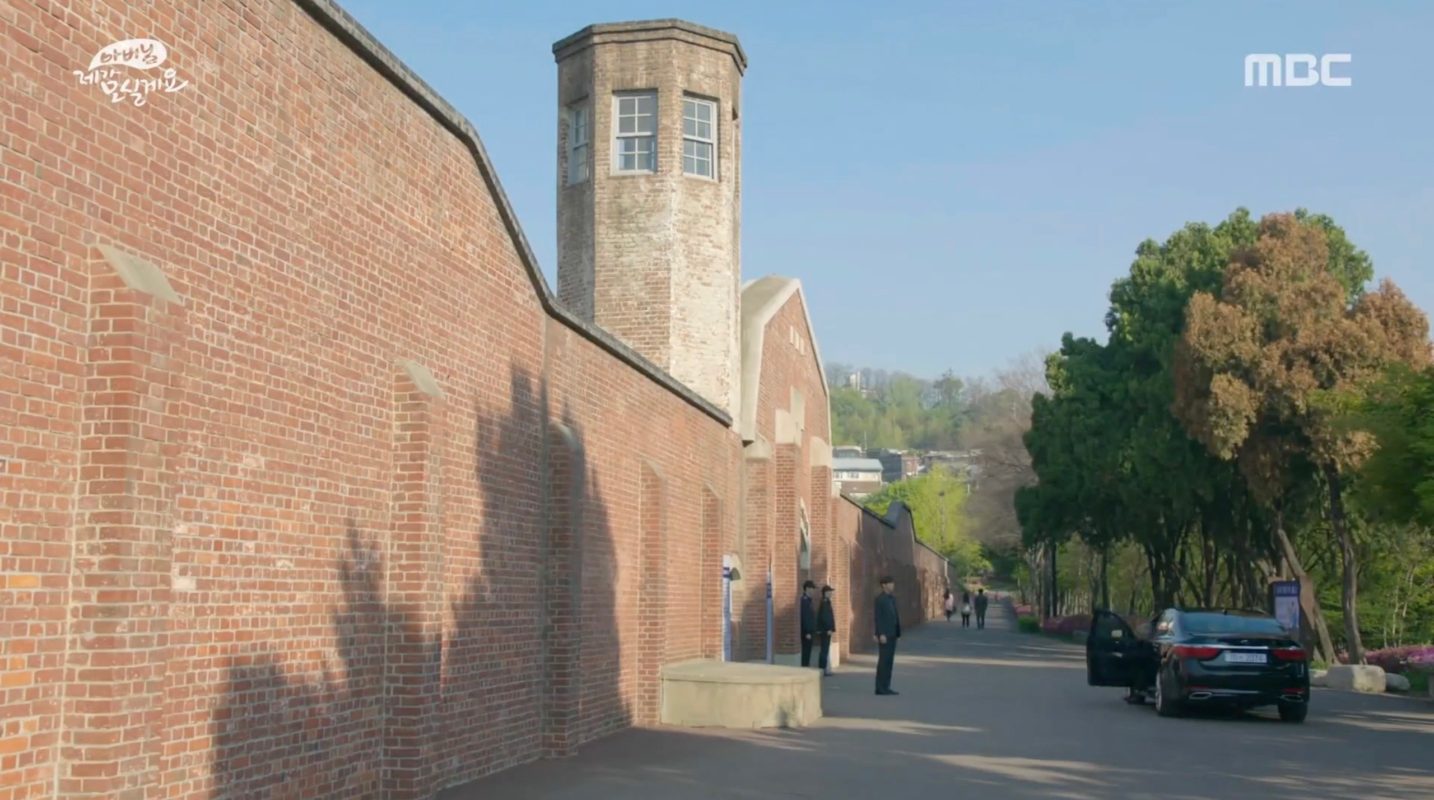 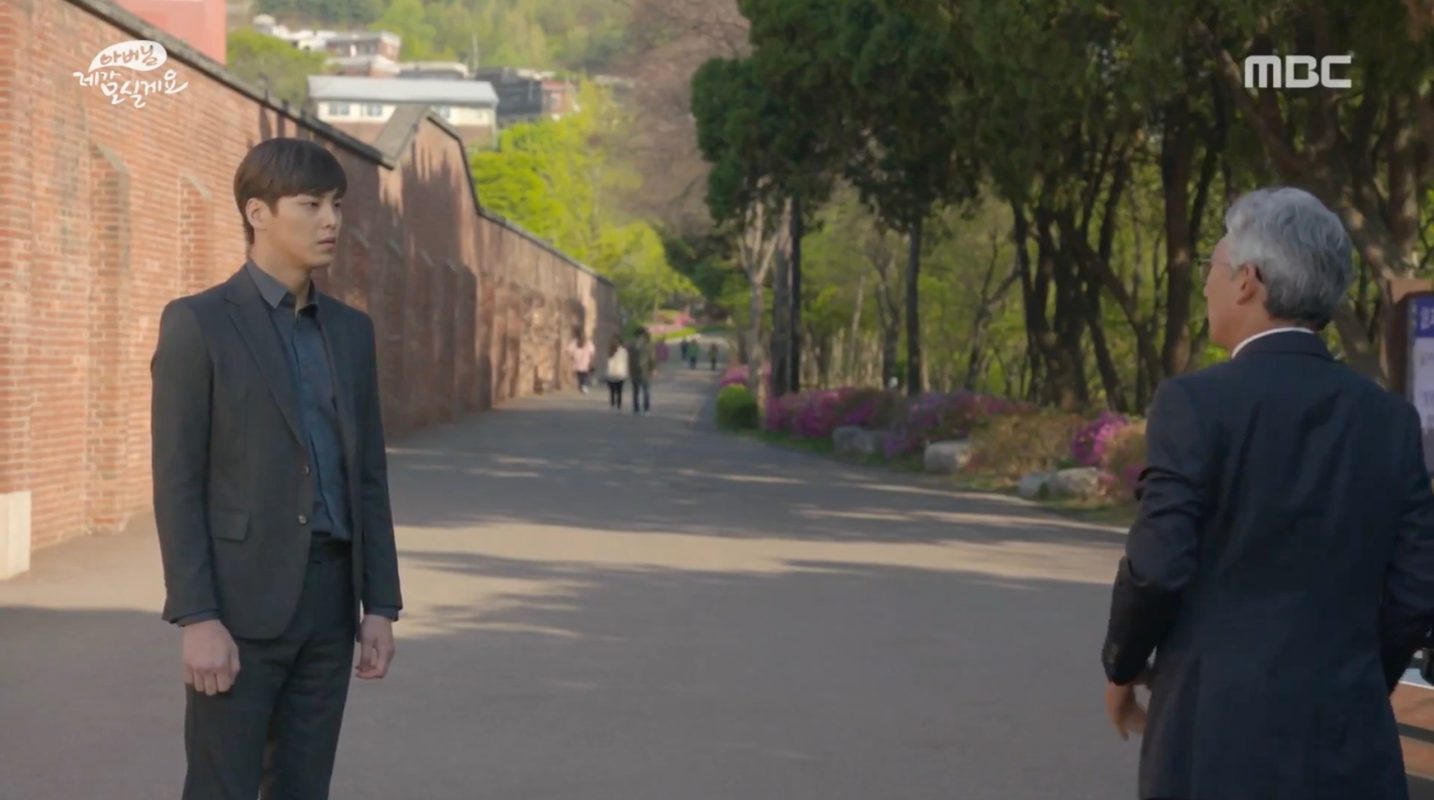 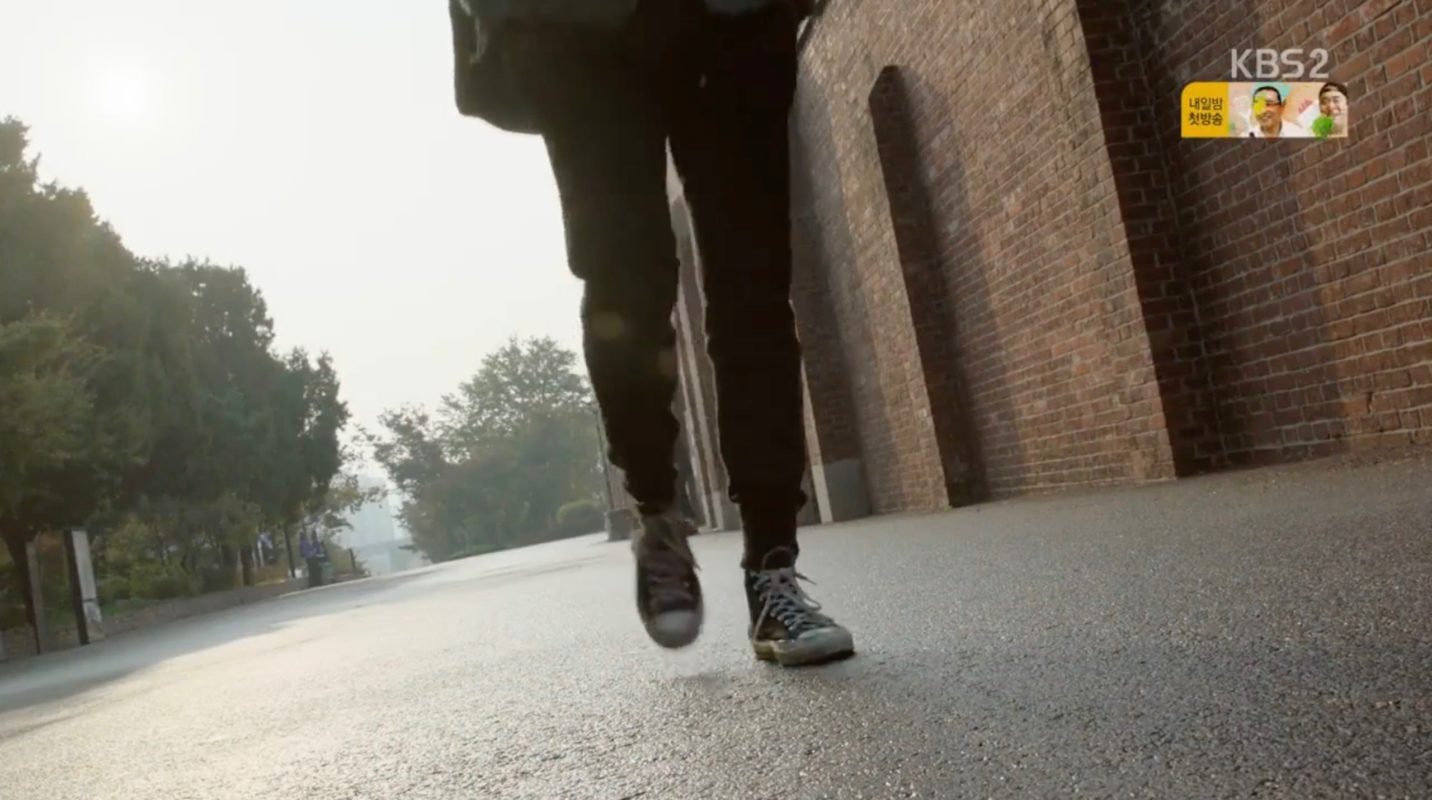 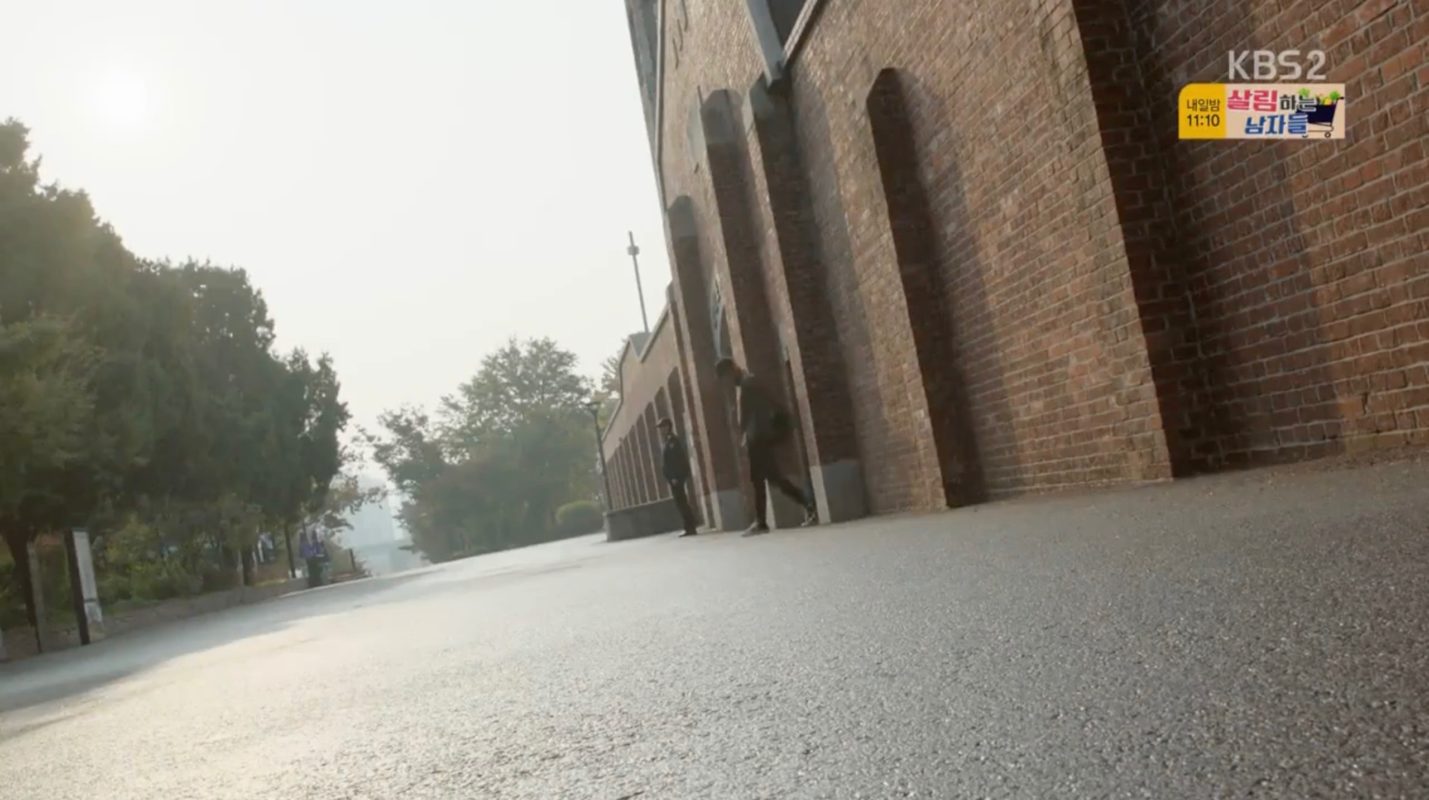 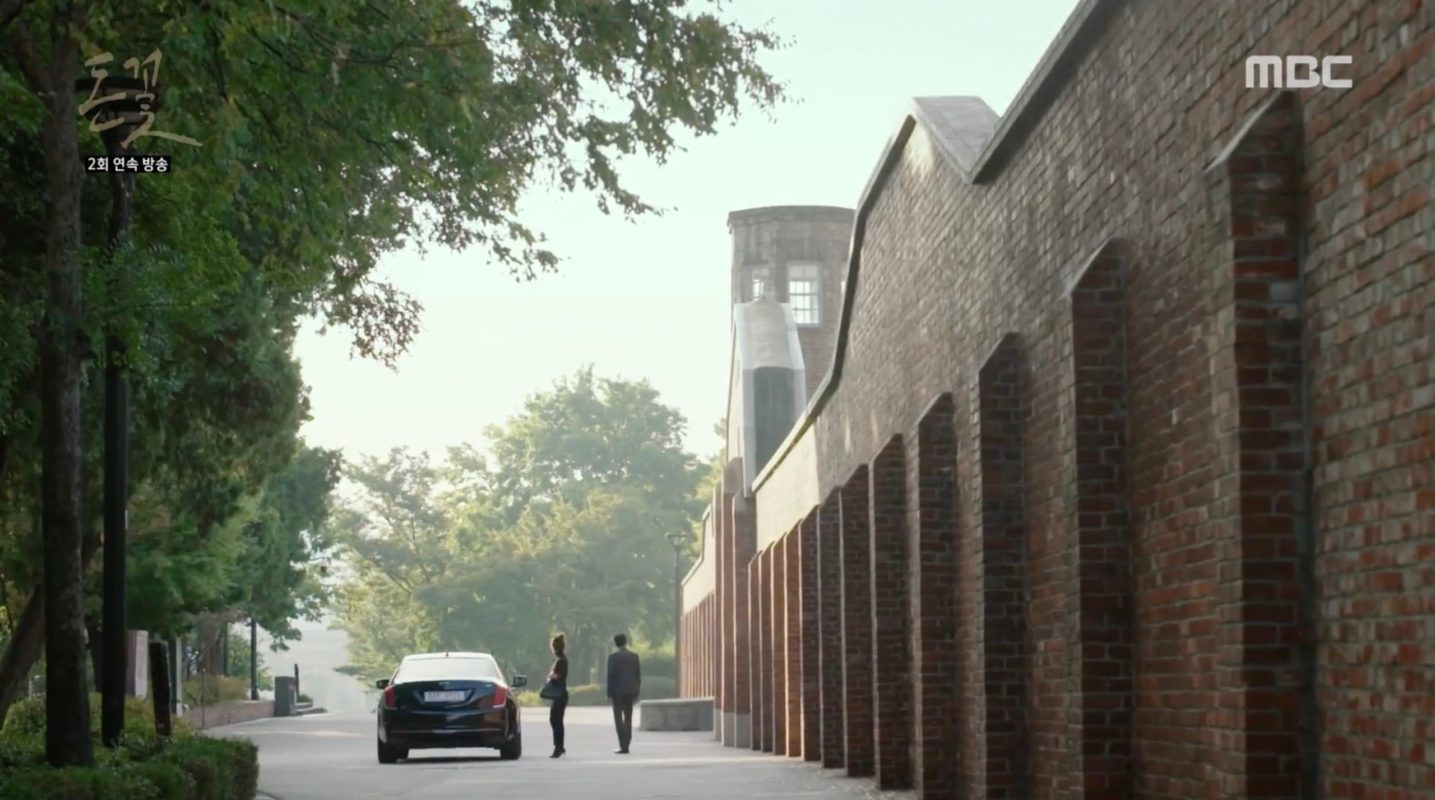 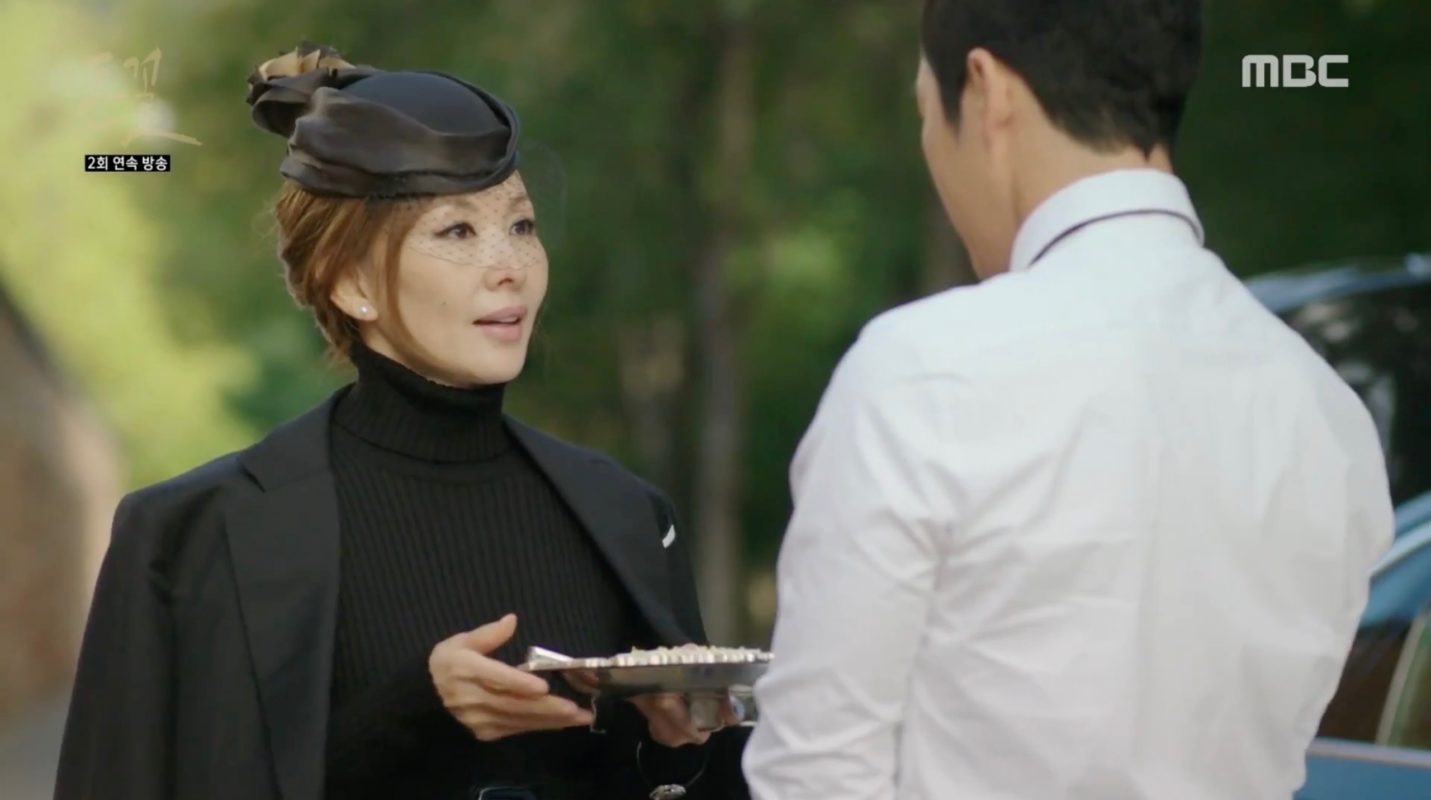 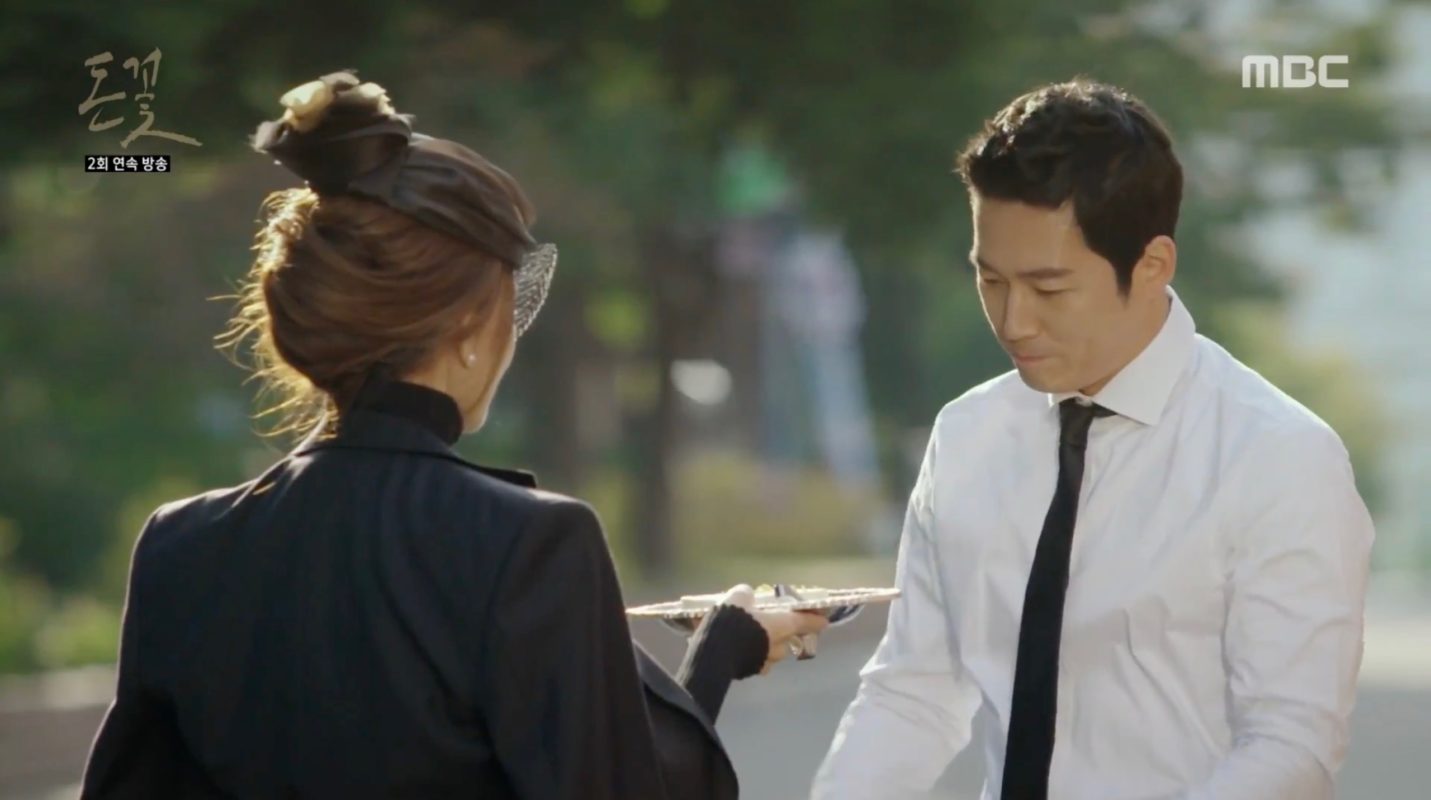 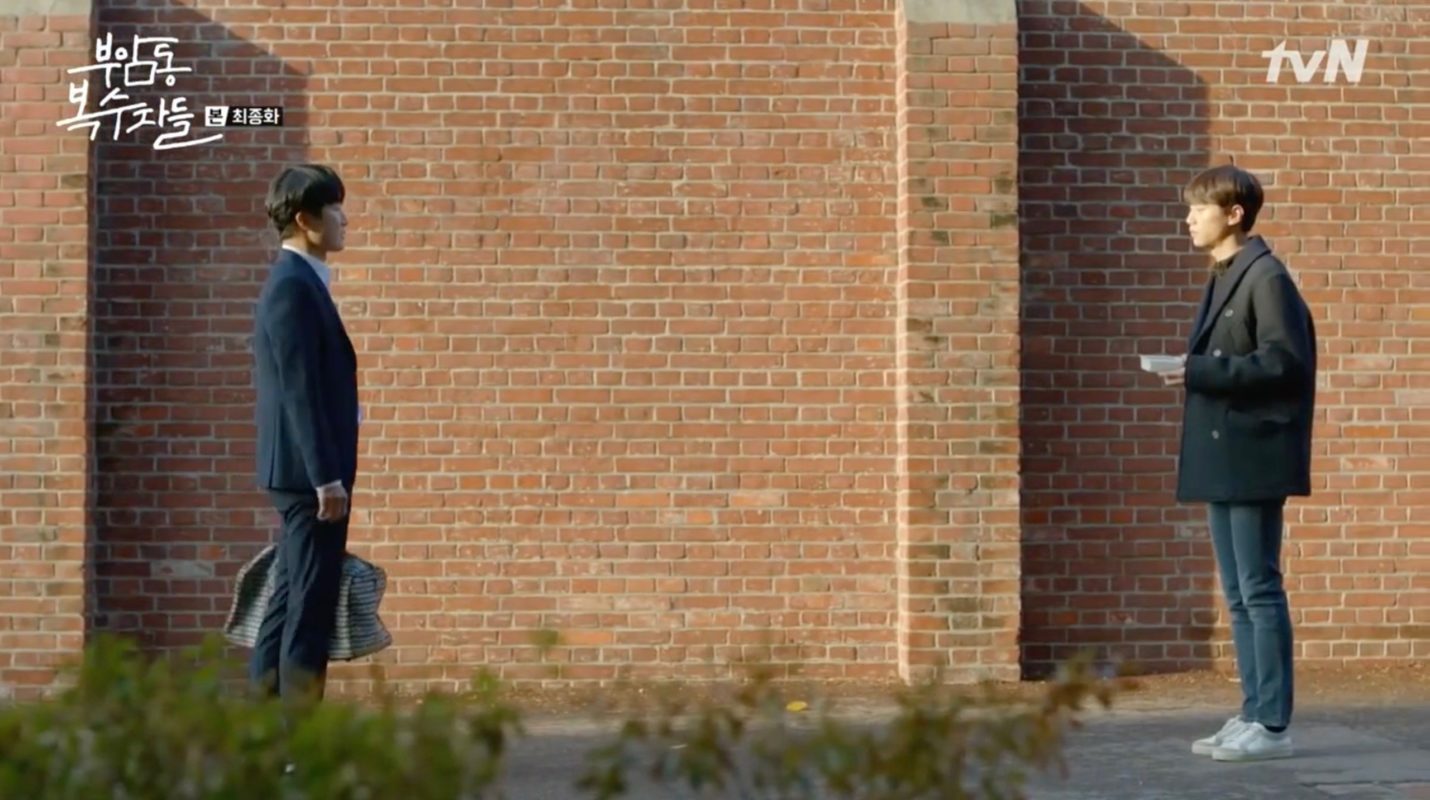 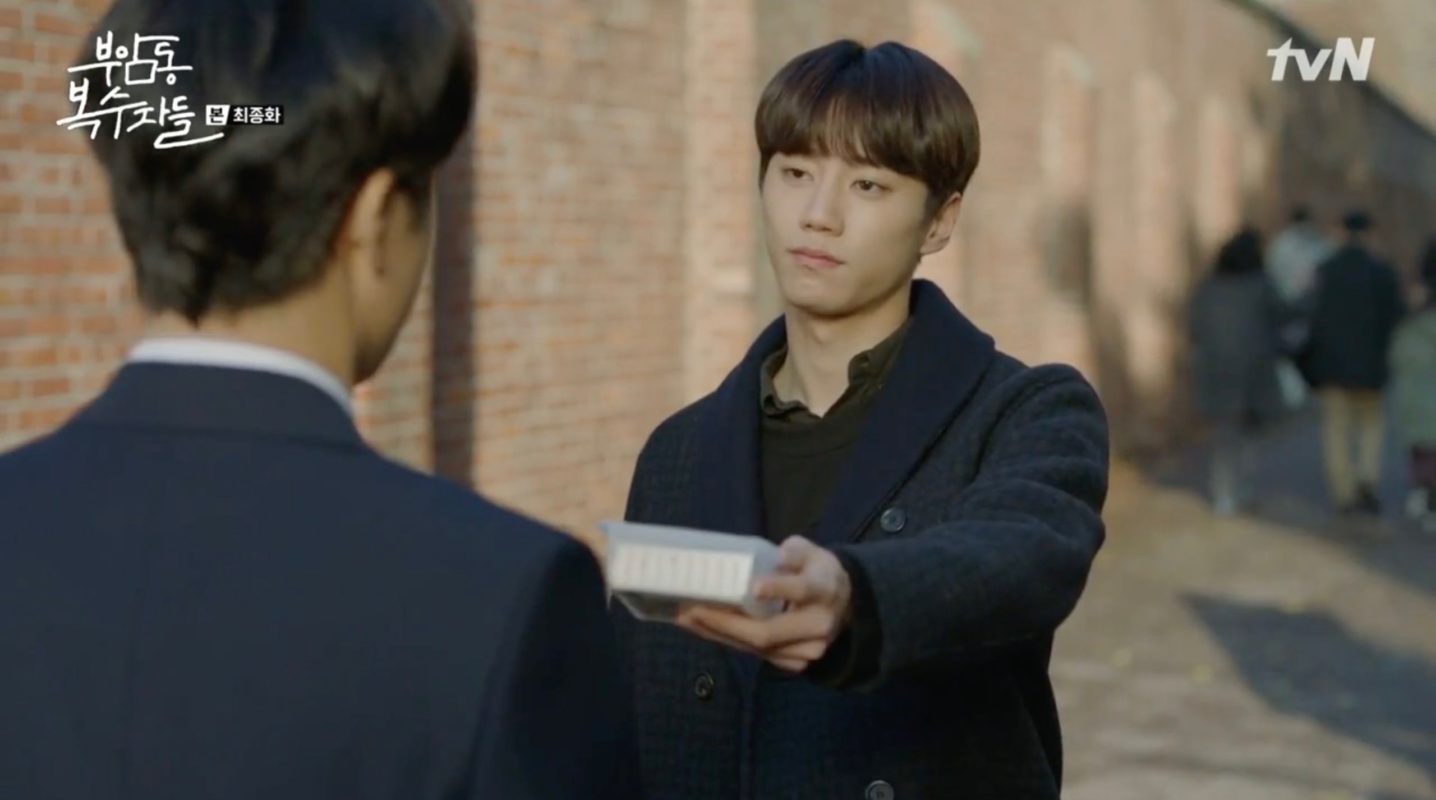 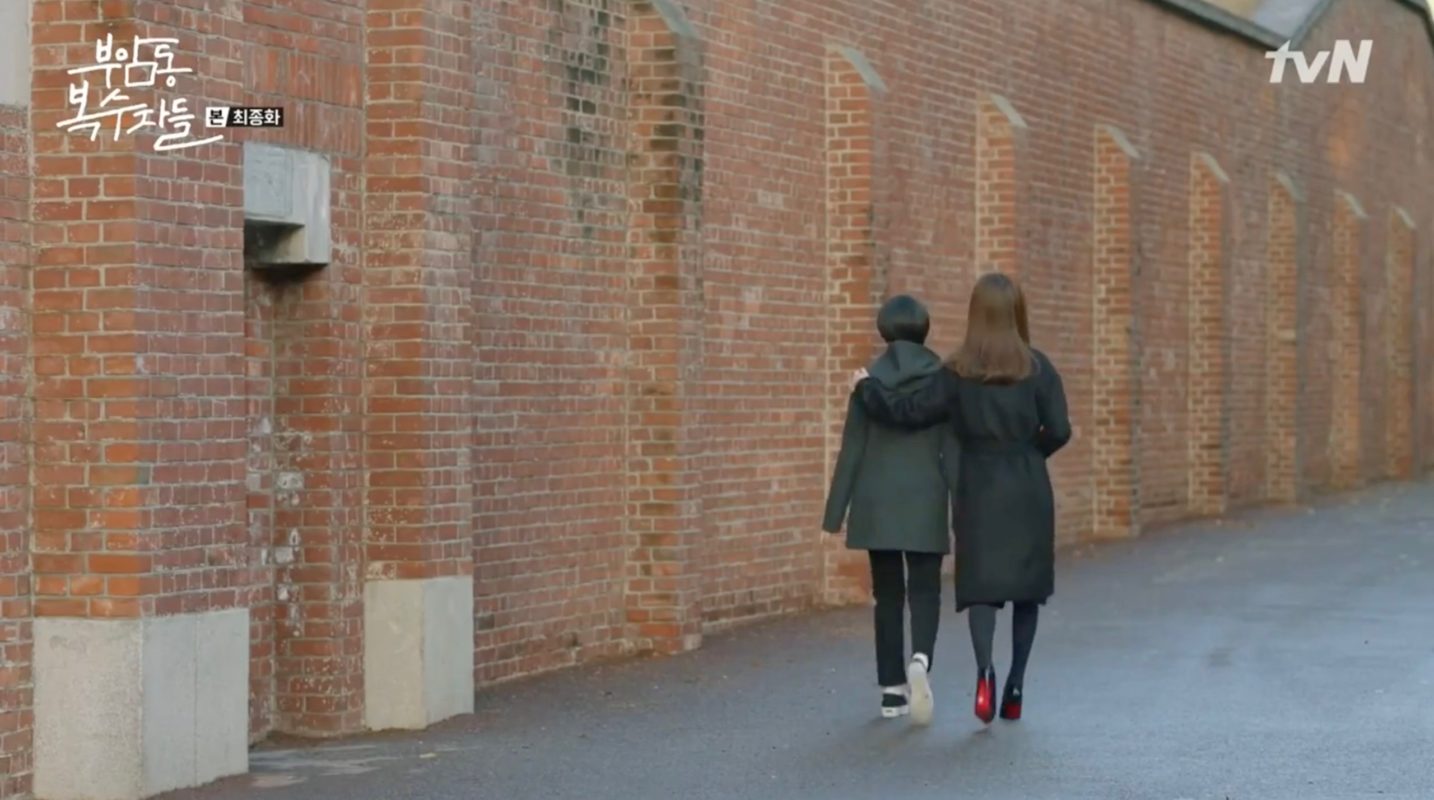 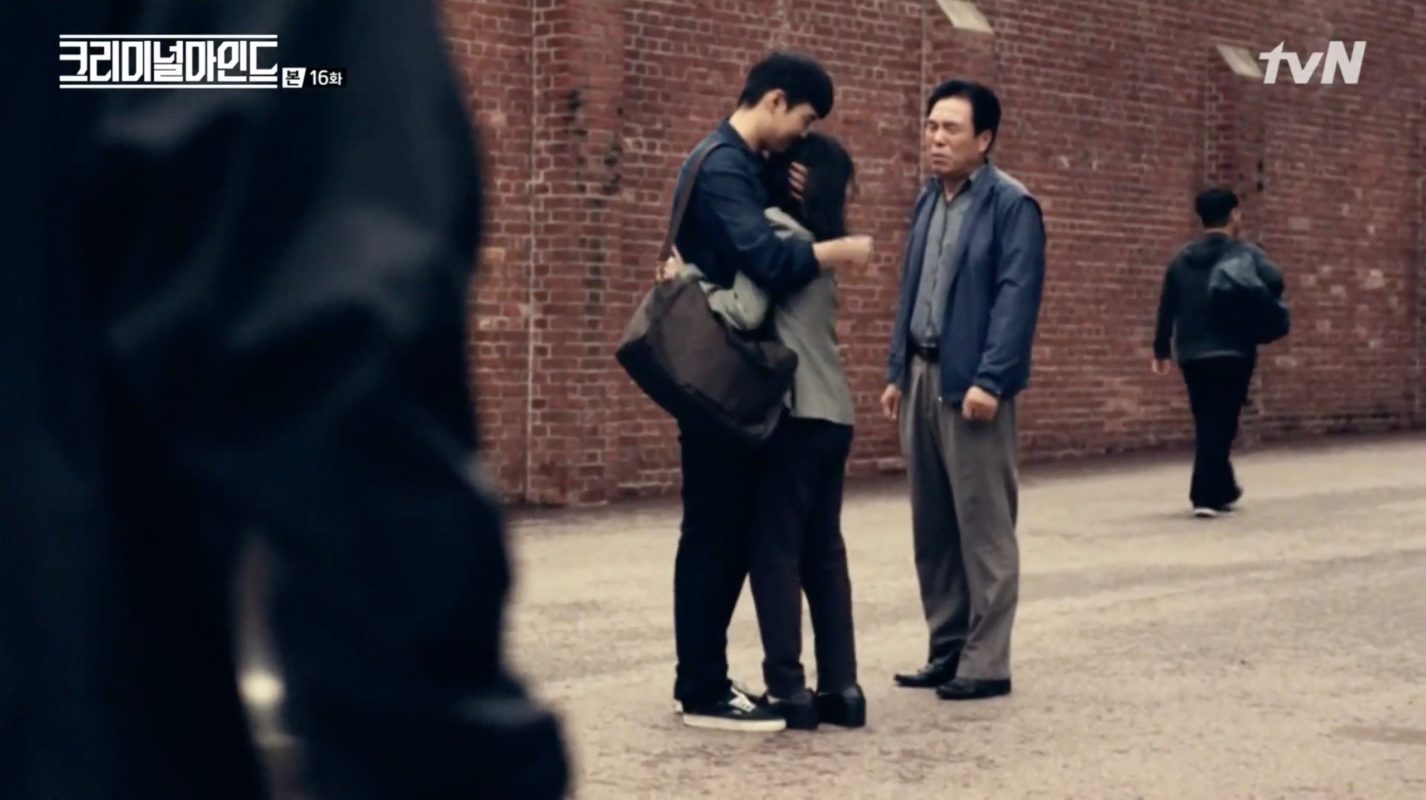 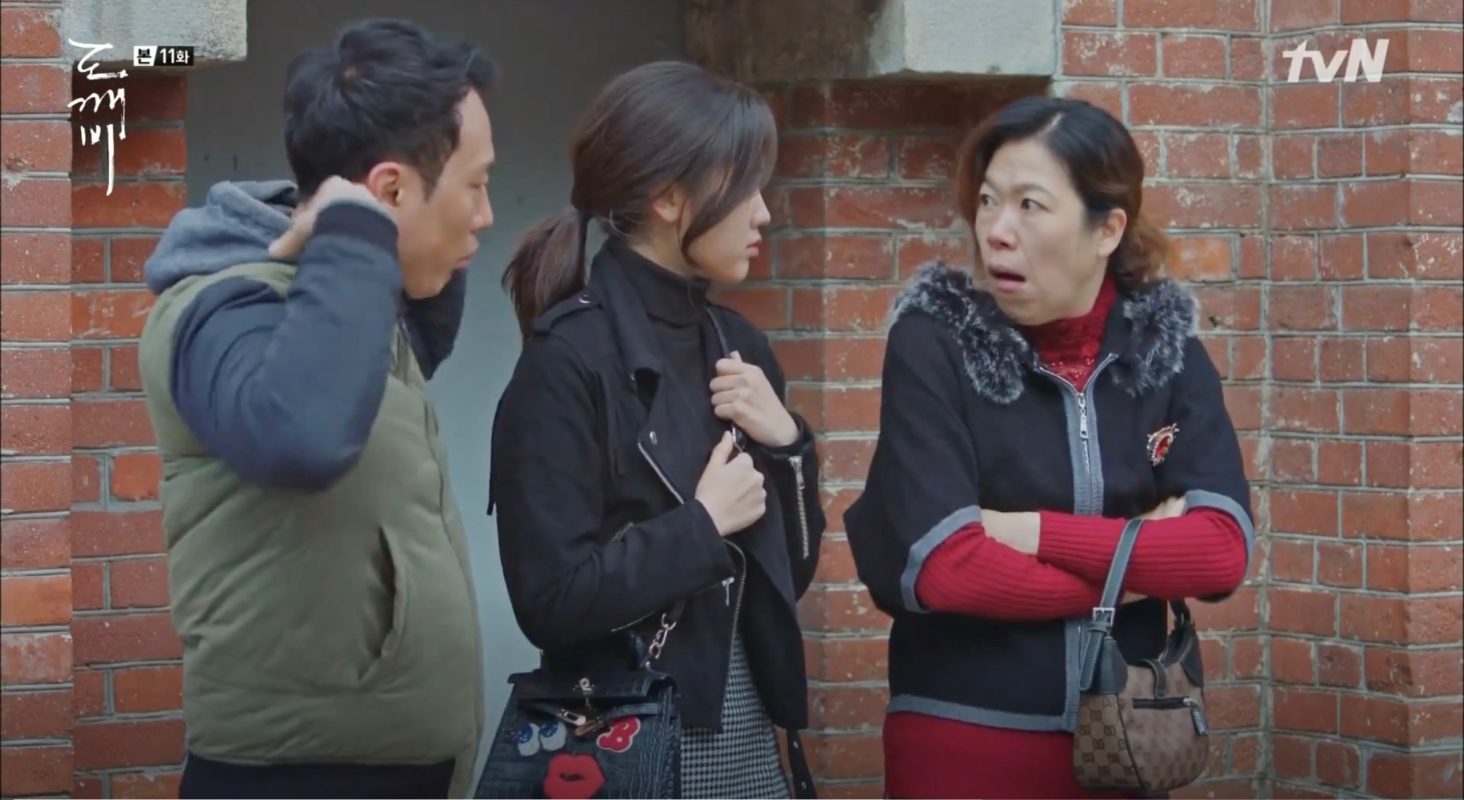 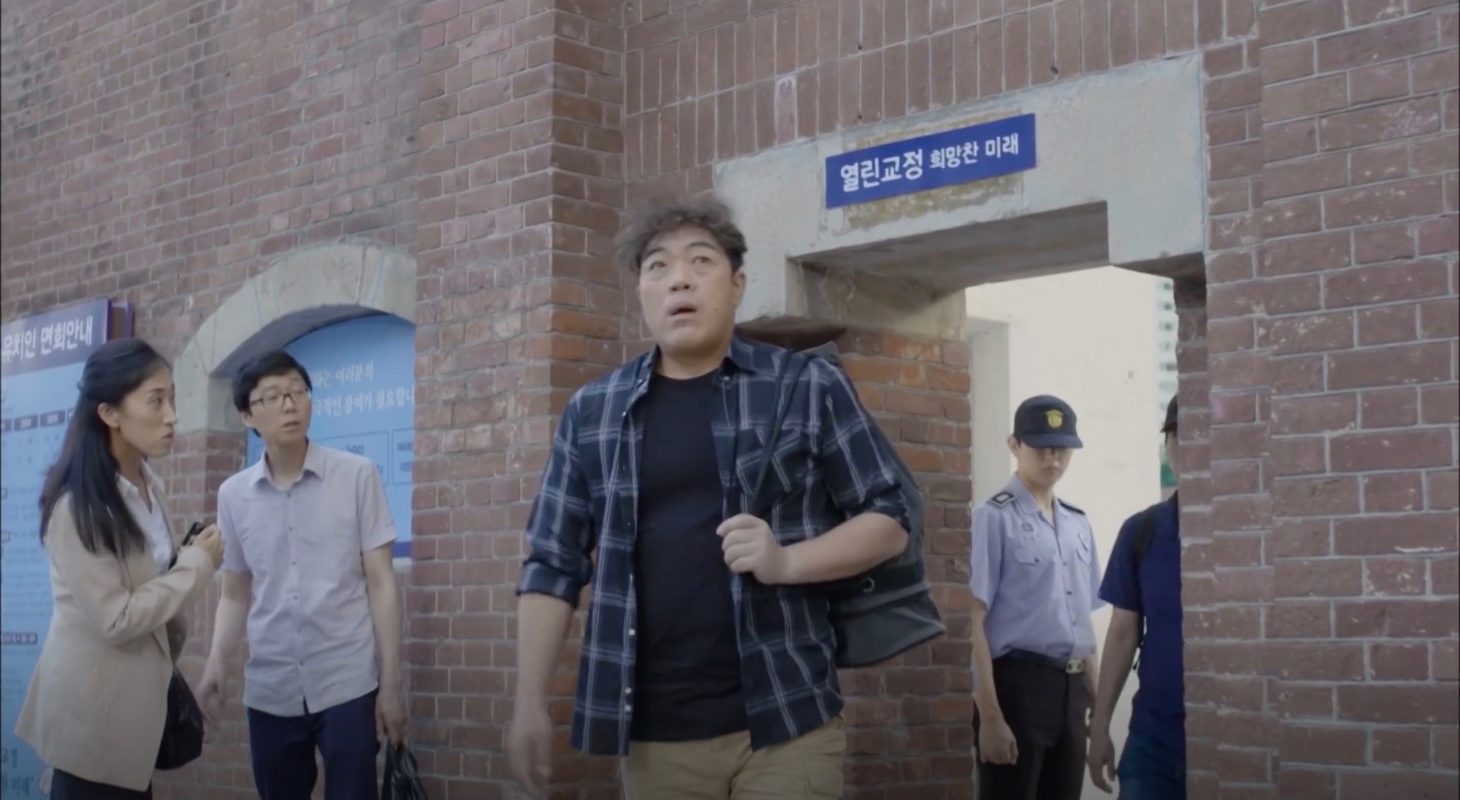 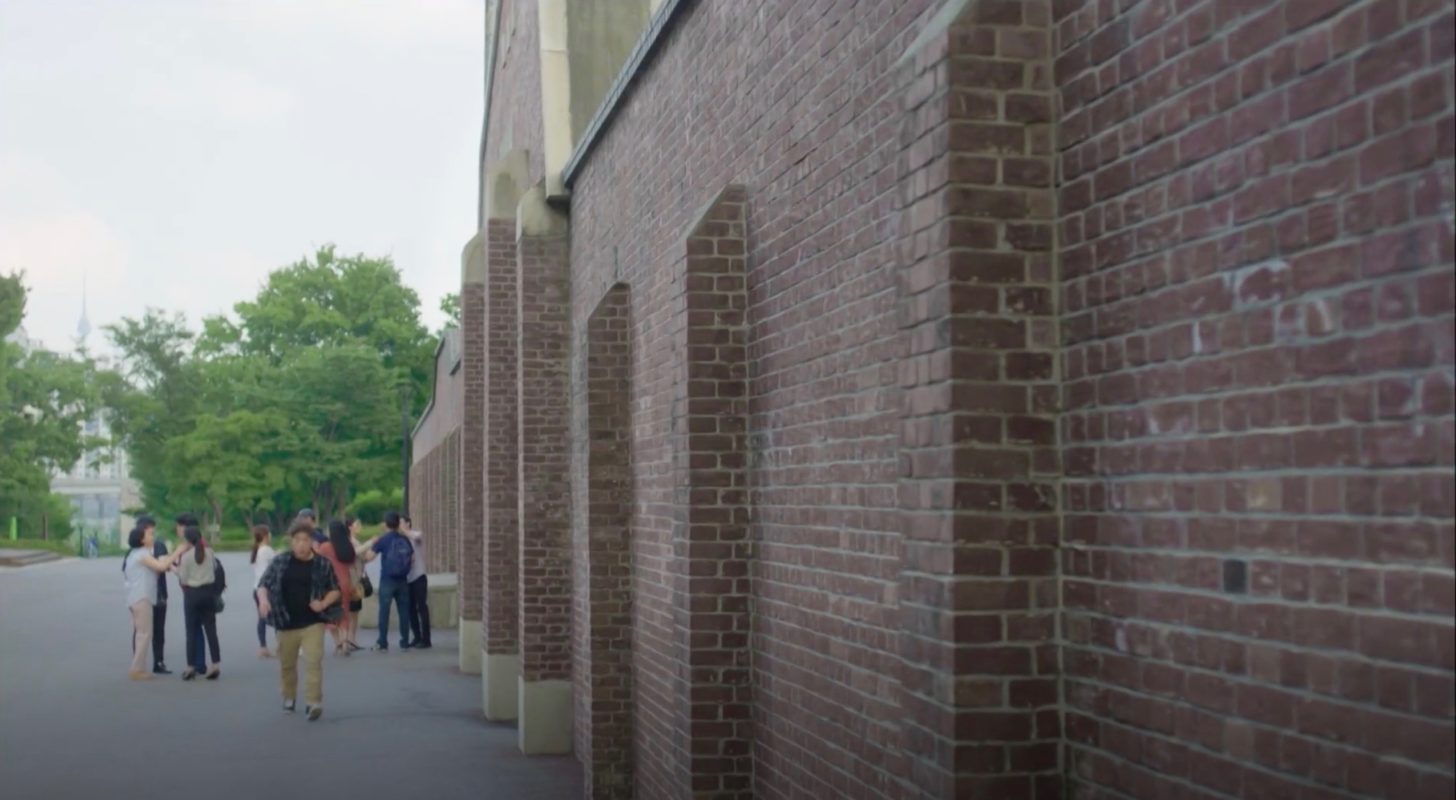 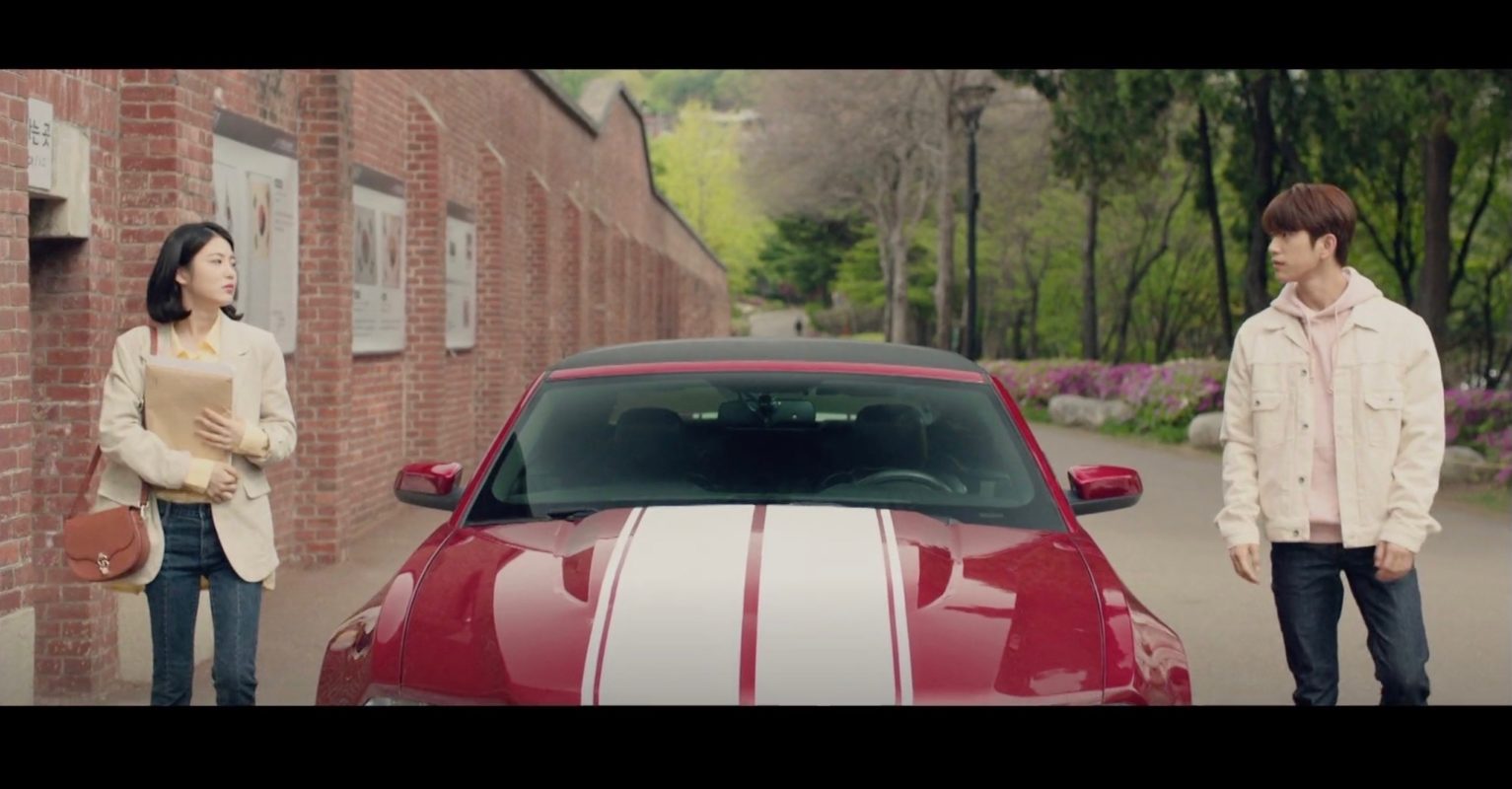 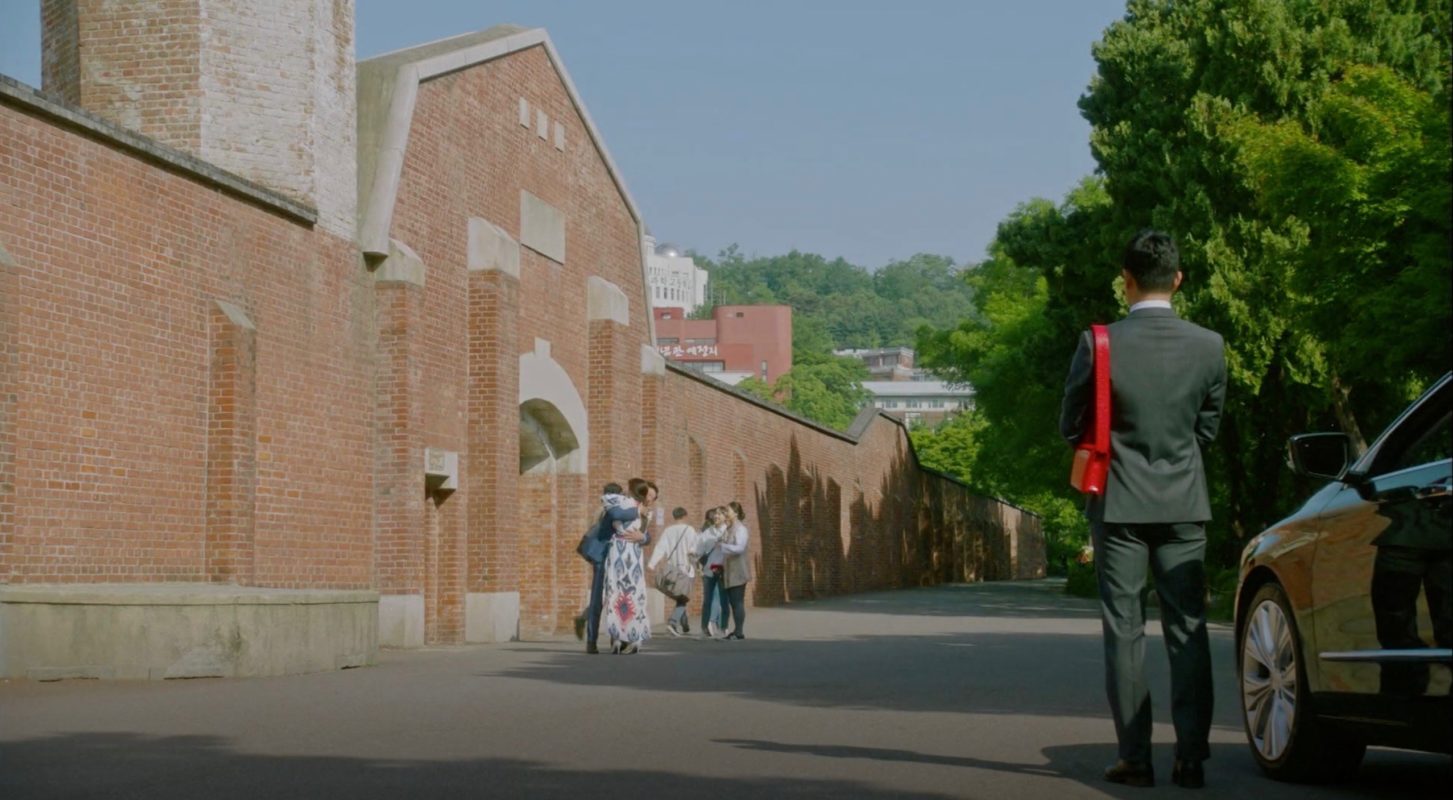 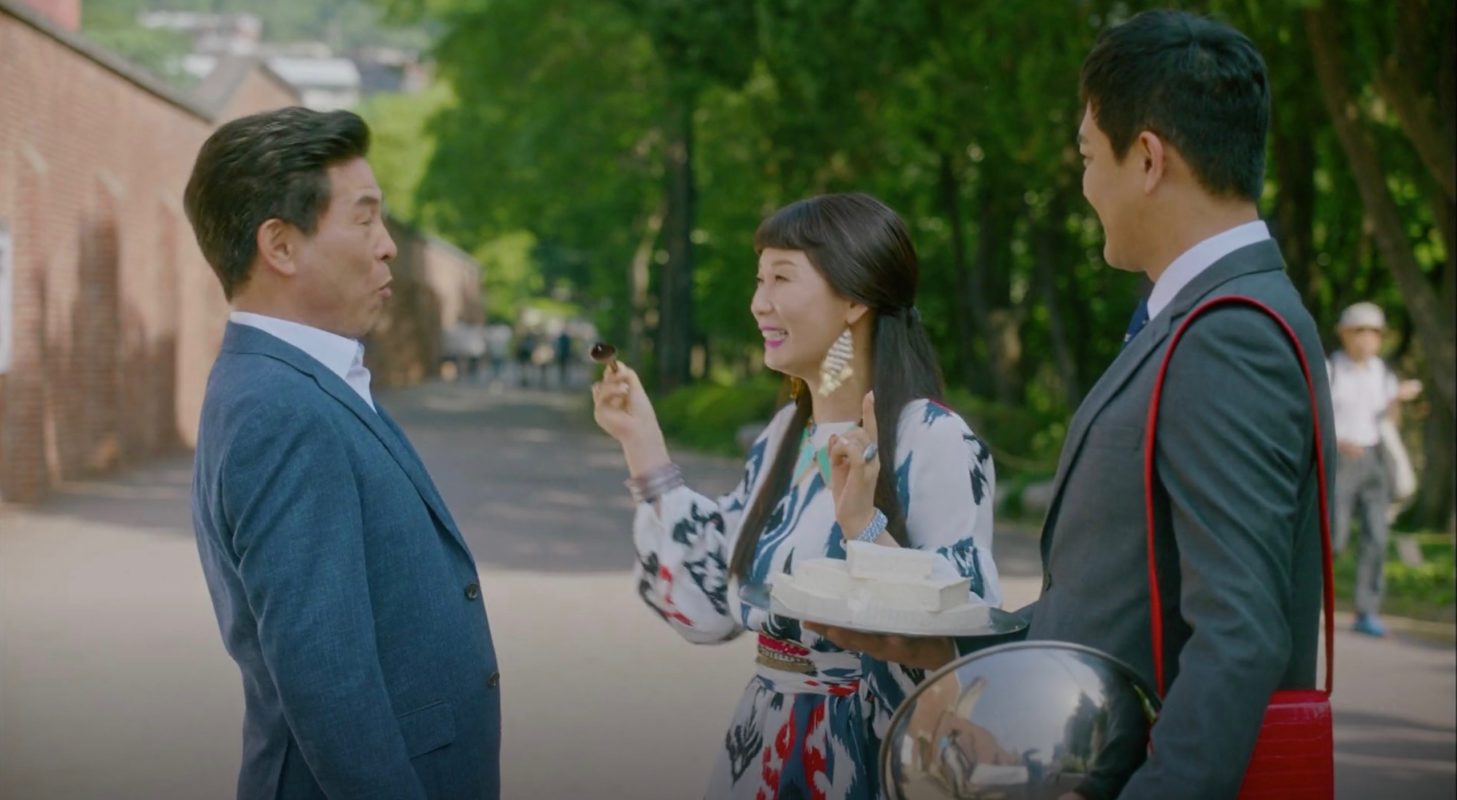 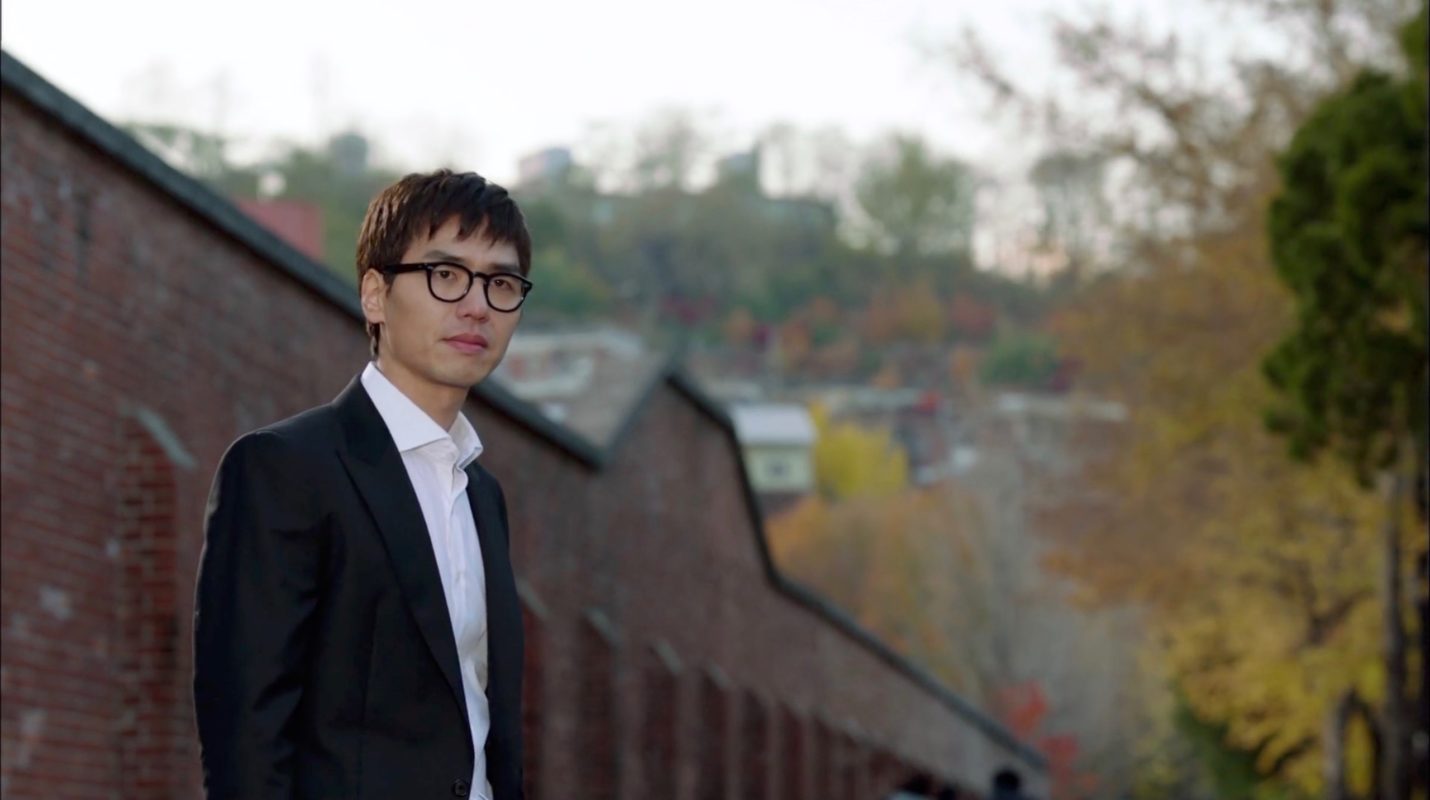 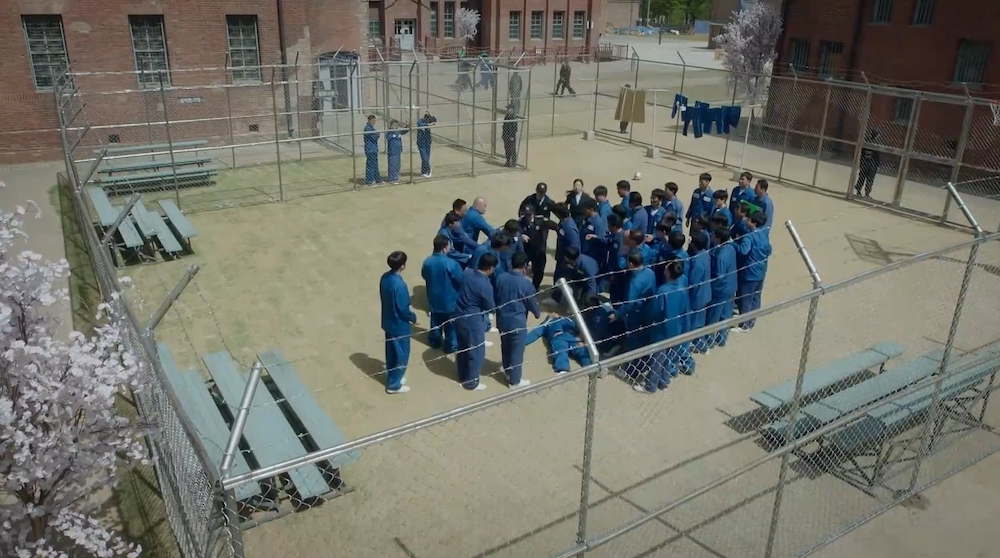 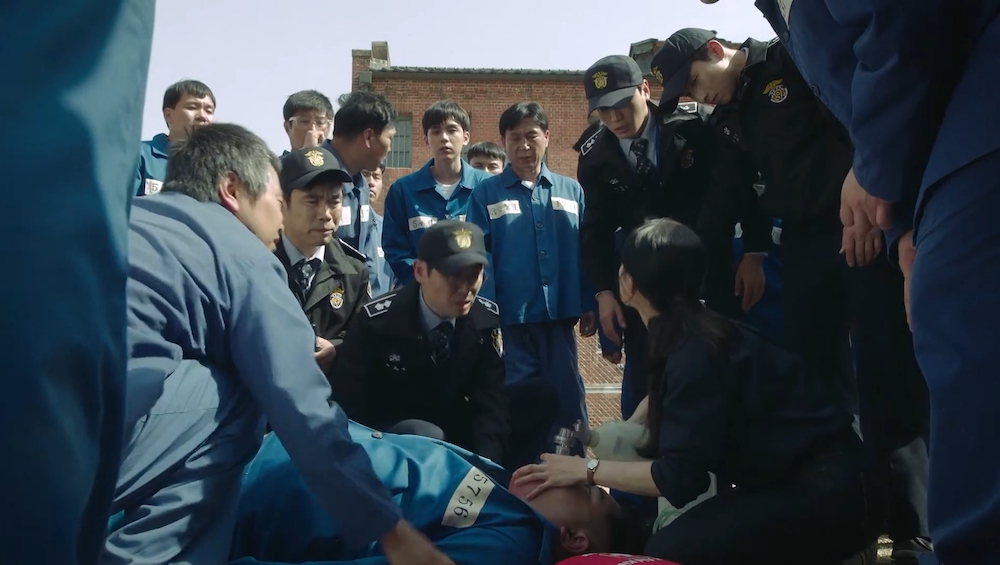 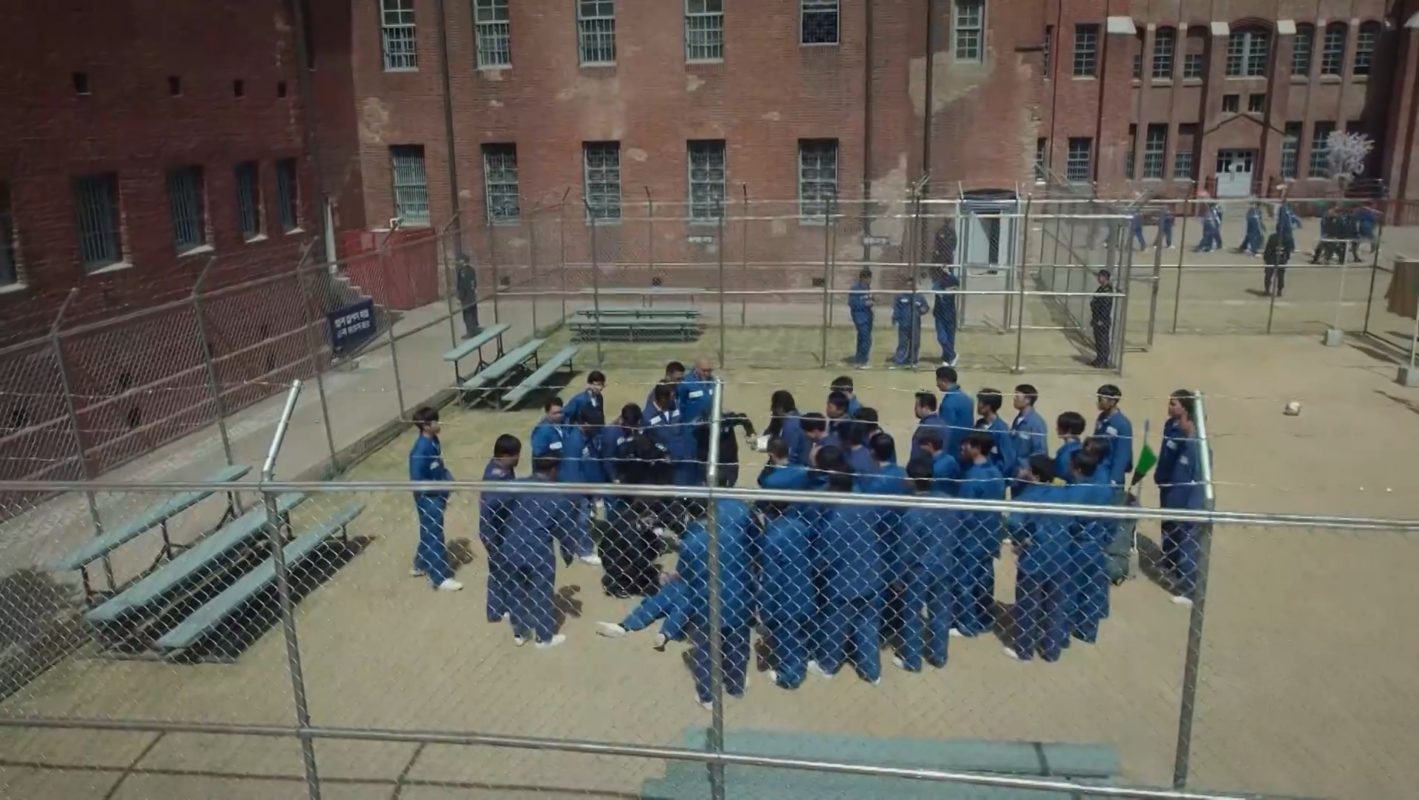 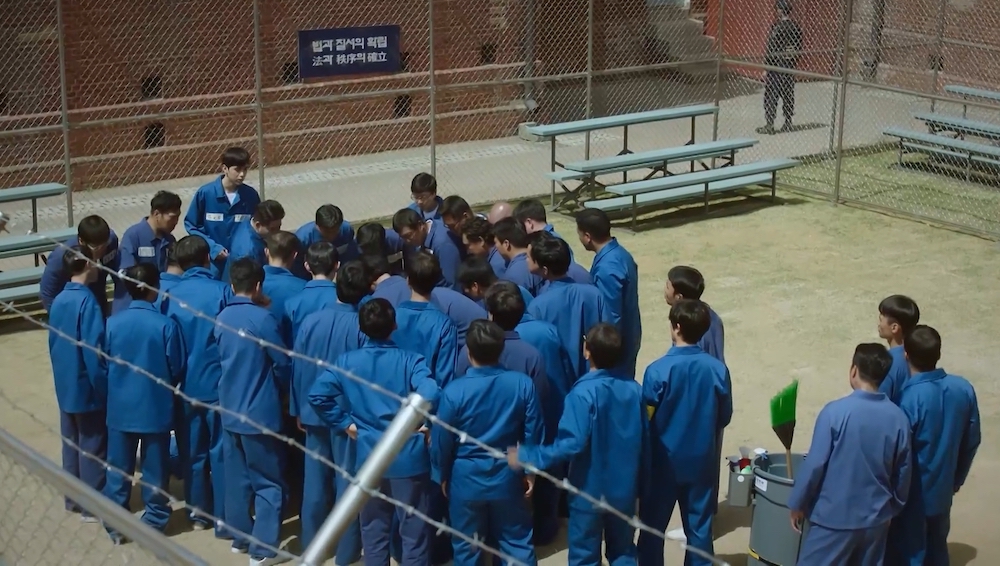 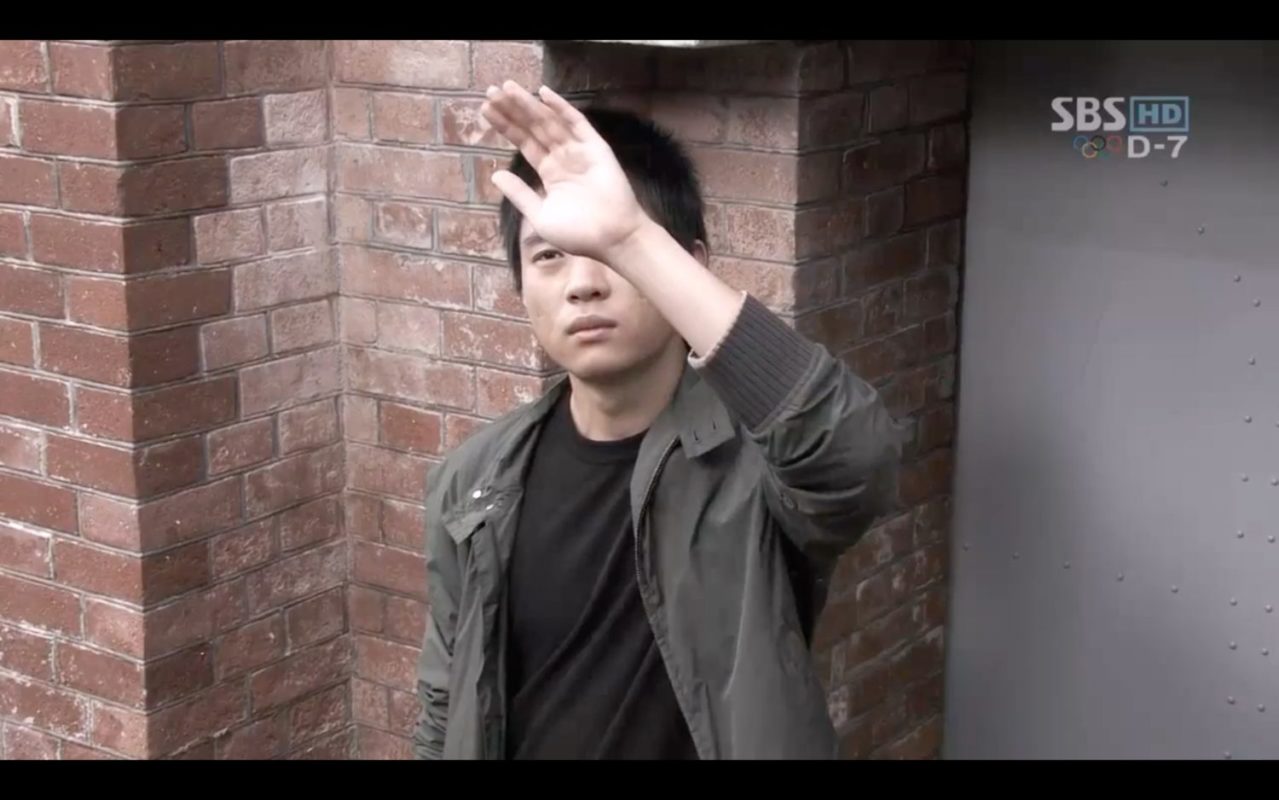 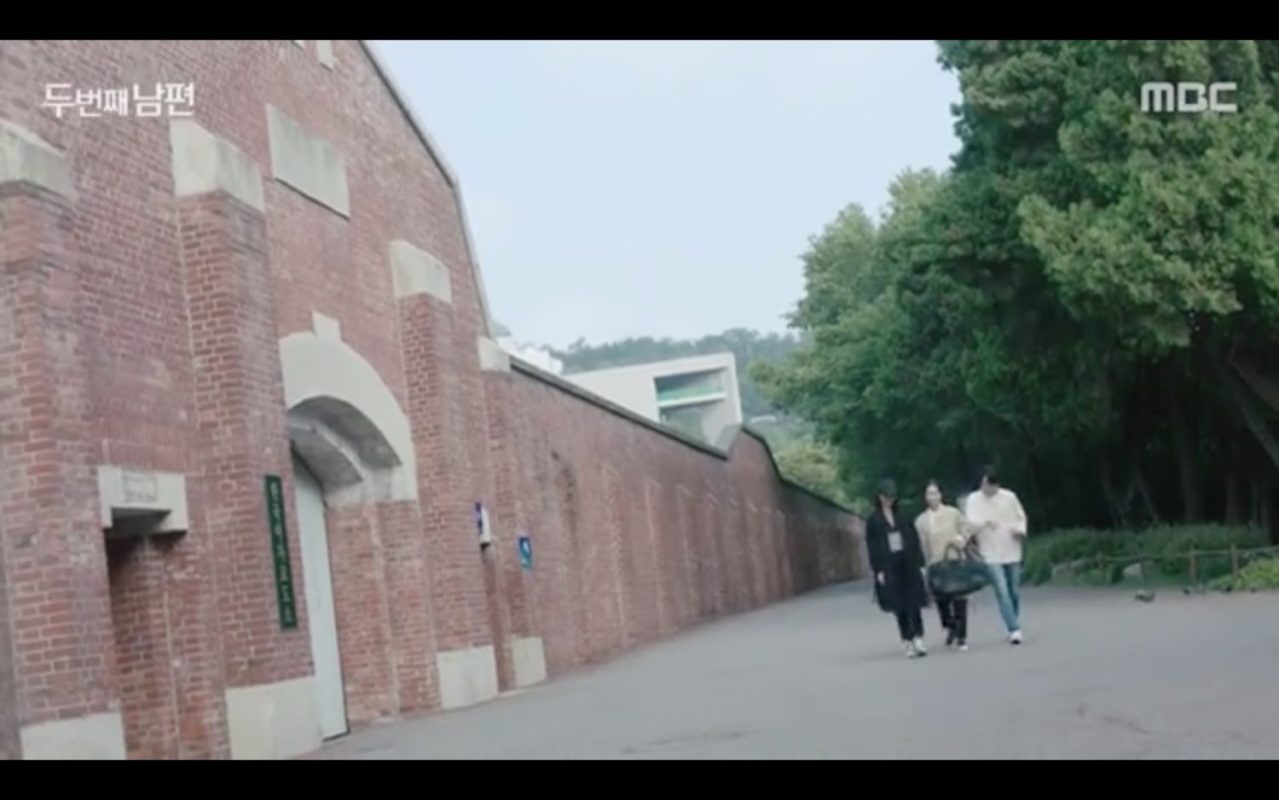 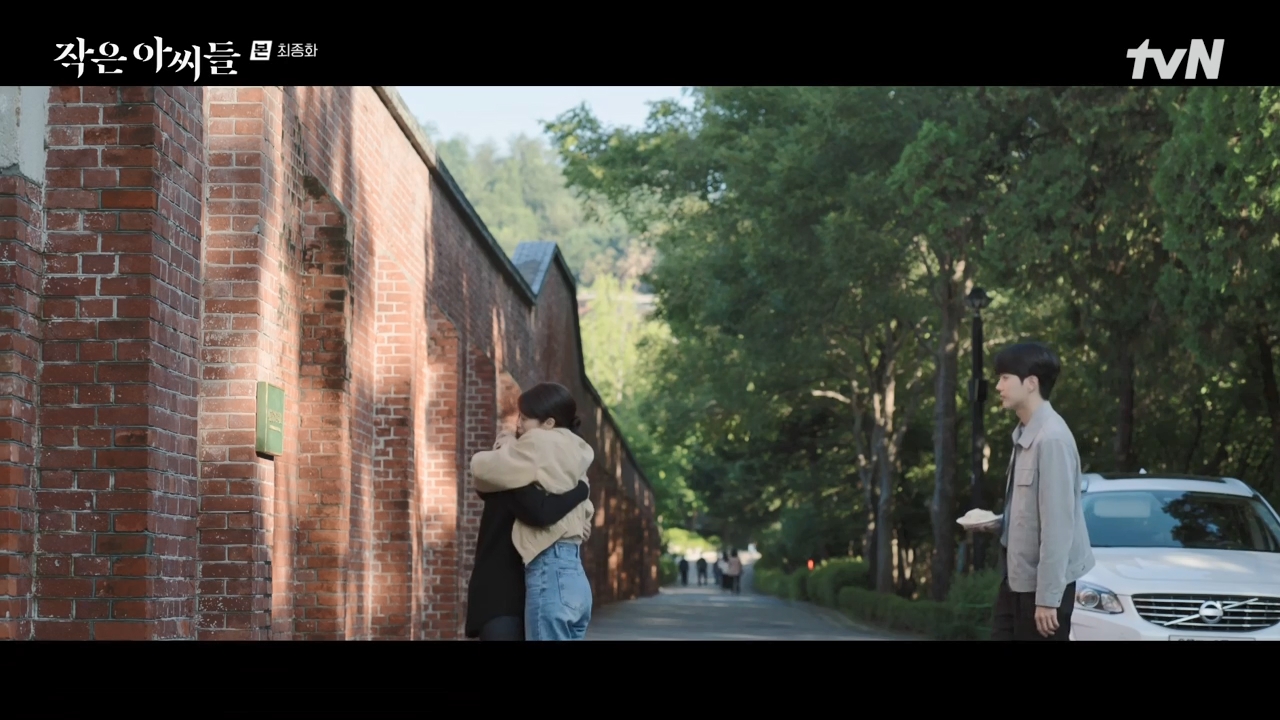 Bong Seon-hwa (Uhm Hyun-kyung) gets released from this prison in episode 36 of Second Husband (두 번째 남편/Du Beonjjae Nampyeon) (MBC, 2021) where she was incarcerated for a crime she didn’t commit.

Lee Suk-kyu (Ji Jin-hee) is released from this prison in final episode 16 of Undercover (Eondeokeobeo/언더커버) (JTBC, 2021).

Kang Ho-chul, who was previously involved in a in-prison killing, is released from this building in episode 16 of Vincenzo (빈센조) (tvN/Netflix, 2021), and picked up by Choi Myung-hee (Kim Yeo-jin). In episode 19, Jang Han-seok (Ok Taec-yeon from 2PM) is released from here.

Han Je-kook (Bae Jong-ok) did her time at this prison and is awaited by the whole Top team upon her release in final episode 16 of Graceful Family/Elegant Family (우아한 가) (MBN, 2019).

While working at the prison, temporary prison doctor Kang Si-young (Lee Se-young) is called out to the field to attend to a prisoner with breathing trouble in episode 1 (full episode 1) of Doctor John/Doctor Yo-han (의사 요한) (SBS, 2019). As she’s unable to administer the necessary procedure to help him, the prison staff calls upon Prisoner 6238 — also known as Cha Yo-han (Ji Sung) — who has medical experience, to assist.

Cindy’s (Kim Bo-ra) father (cameo by Lee Han-wi) is released from this ‘prison’ in final episode 16 of Her Private Life (그녀의 사생활) (tvN, 2019) and his wife Eom So-hye (Kim Sun-young) awaits him with purifying tofu.

Yoon Jae-In’s (Shin Ye-eun) father is incarcerated here and Lee An (Jin-young of GOT7) gives her a lift to this prison when she comes here for a visit in final episode 16 of He is Psychometric/That Psychometric Guy (사이코메트리 그녀석) (tvN, 2019).

This is where President Chun is held in Player/The Player (플레이어) (OCN, 2018), and where he is released from (under parole) in episode 10.

Jo Pil-doo (Lee Won-jong) is released from here in episode 4 of Hide and Seek (숨바꼭질) (MBC, 2018) and Baek Do-hoon (Ahn Bo-hyun) already waits for him and chasing after him to finally get an answer to his question.

In episode 16 of Witch’s Court / Witch At Court (마녀의 법정) (KBS2, 2017), the exterior of the building was briefly shown to indicate where ex-mayor Jo Gab-soo (Jeon Kwang-ryul) was serving out his sentence in the lead up to his execution.

In episode 16 of Criminal Minds (크리미널 마인드) (tvN, 2017), this was part of a flashback of a murder suspect, who witnessed the prison release of the man who killed his whole family.

Kang Pil-joo (Jang Hyuk) gets out of this prison in episode 1 of Money Flower (돈꽃) (MBC, 2017) and Jung Mal-ran (Lee Mi-sook) waits for him with golden tofu (tofu with gold leaves on top) to eat.

In the news, we see Reporter Bong Doo-Hyun (Oh Eui-sik) in front of this prison, explaining that an inmate has killed himself and left a note that he was framed in episode 24 of While You Were Sleeping (당신이 잠든 사이에) (SBS, 2017).

Ji Eun Tak’s (Kim Go-Eun) relatives are released from here in episode 11 of Goblin (쓸쓸하고 찬란하神-도깨비) (tvN, 2016-17), while already thinking about how they can take advantage of her again.

In a flashback in episode 5 of The Man Living in Our House/Man Living at My House/Sweet Stranger and Me (우리집에 사는 남자) (KBS2, 2016), we see that Go Nan-gil (Kim Young-kwang) was in prison here.

Ryoo Tae-oh (Lee Joon) is incarcerated at this combined prison and psychiatric hospital in episode 1 of Gap-dong/Gabdong, the Memories of Murder (Gapdongi/갑동이) (tvN, 2014) and gets released in the same episode.

Ahn Min-young (Kim Tae-hoon) is released from this prison in final episode 20 of Nice Guy/The Innocent Man (세상 어디에도 없는 착한남자) (KBS2, 2012) and even if Han Jae-hee (Park Si-yeon) waits for him, he decides to turn pages and leaves her behind.

Jo Min-woo (Joo Sang-wook) is released from this prison after two years in final episode 60 of Giant (Jaieonteu/자이언트) (SBS, 2010).

Seodaemun Prison History Hall [서대문형무소역사관] was a real prison built at the end of the Joseon Dynasty (around 1910), in which independence activists were jailed. This building, which now serves as a museum, is located in Seoul’s neighborhood Hyeonjeo [Hyeonjeo-dong/현저동], in the Seodaemun District [Seodaemun-gu/서대문구].

This site was selected in 2012 as one of 100 regular filming locations for movies and dramas by the Seoul Metropolitan Government and the Seoul Film Council, and featured in the brochure The Places In Seoul Cinema Fell in Love With (영화가 사랑한 서울 촬영지 100선). In 2021, the Ministry of Culture, Sports and Tourism —announced through the Korea Tourism Organization (KTO)— selected this museum as one of the ‘100 Must-Visit Spots in Korea’ for 2021-2022.

This site is also one of the 380 traditional and modern-contemporary buildings in Seoul that were selected for the The Seoul Architectural Guide (2013, page 200).

In K-Dramaland, the building is typically seen more in weekend K-Dramas, and more so in older K-Dramas before the existence of Iksan Prison Set.

Getting here
Dongnimmun Station [독립문역], Seoul Subway Line 3, Exit 4 or 5 — and you’ll be right there.