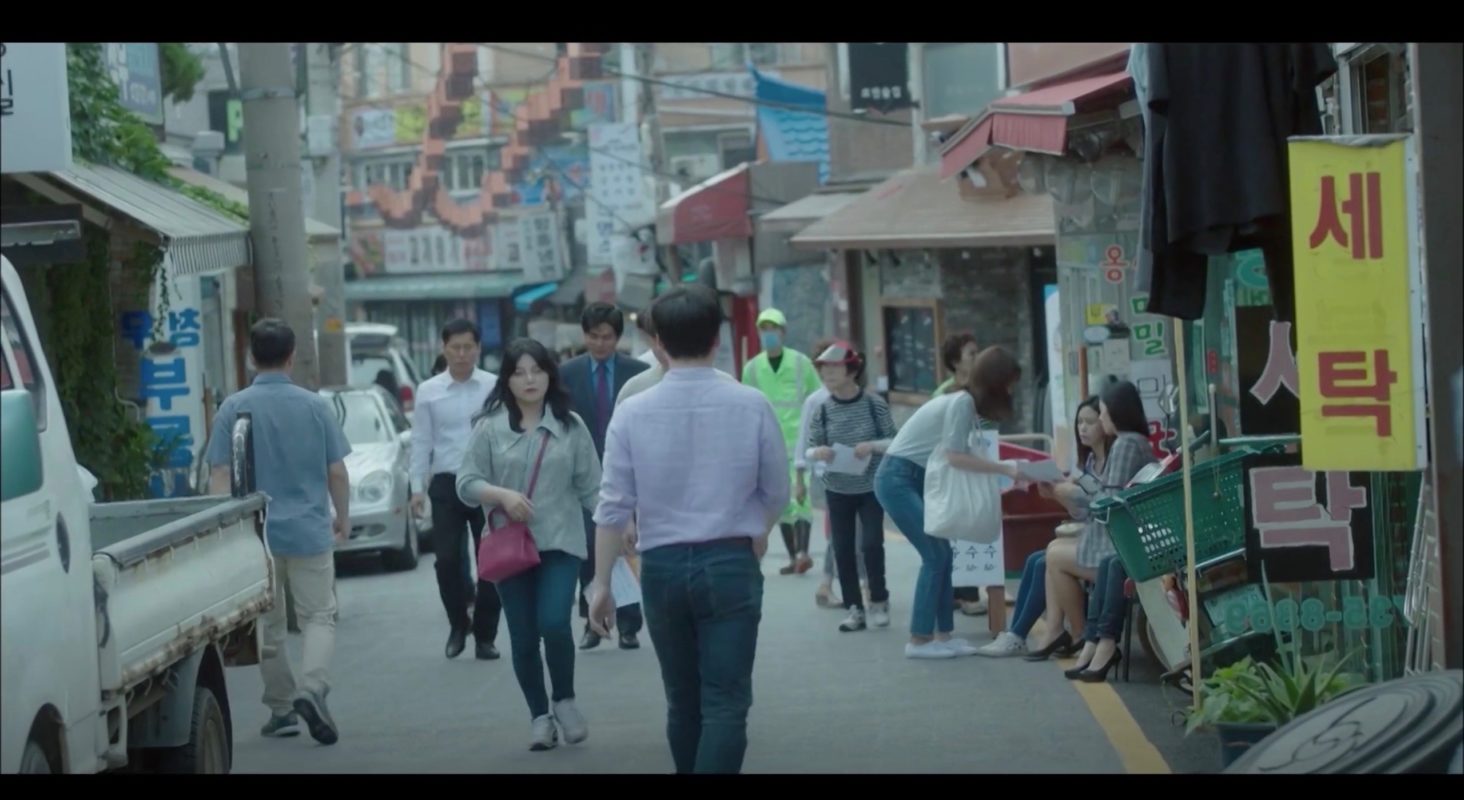 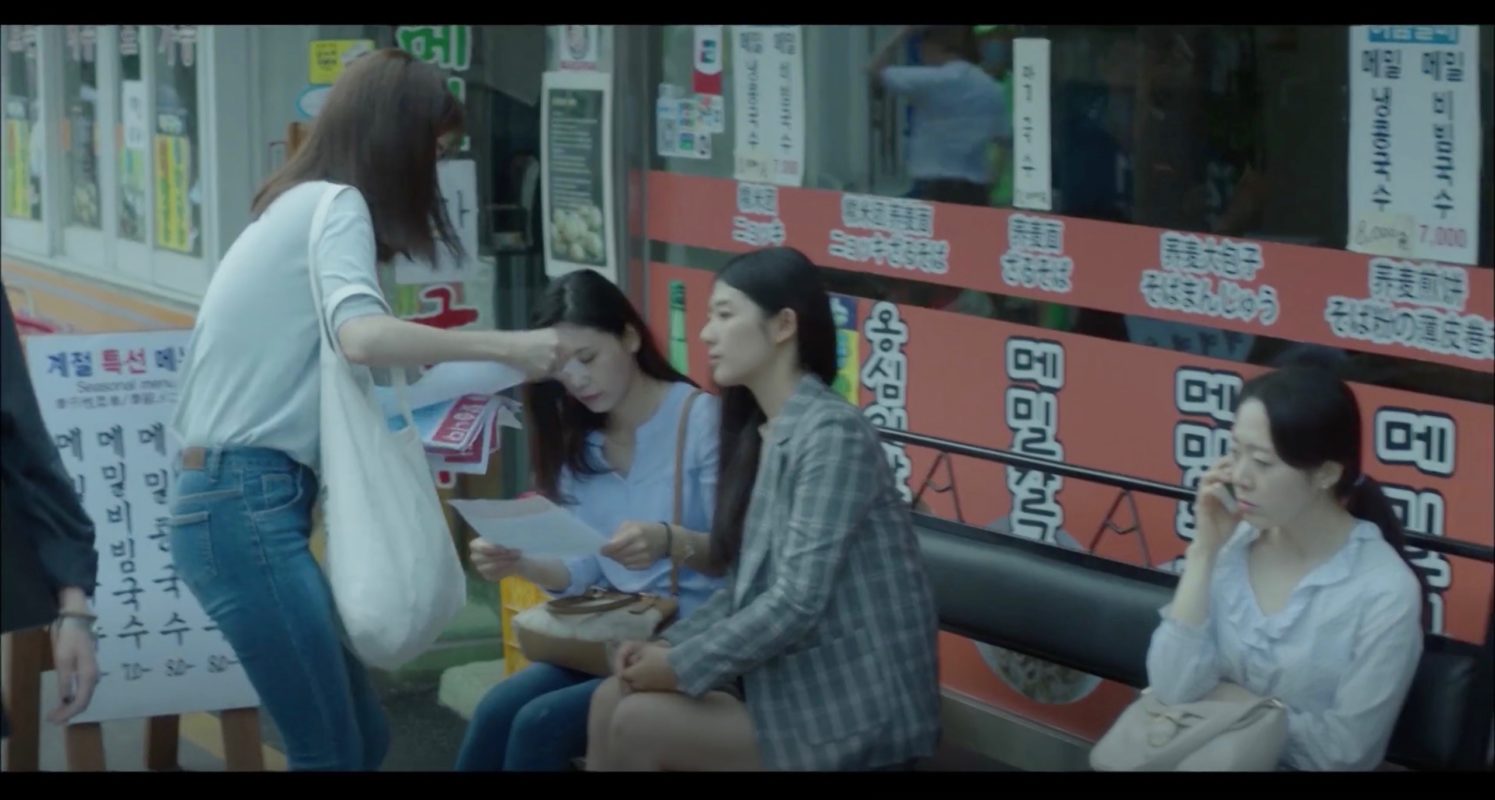 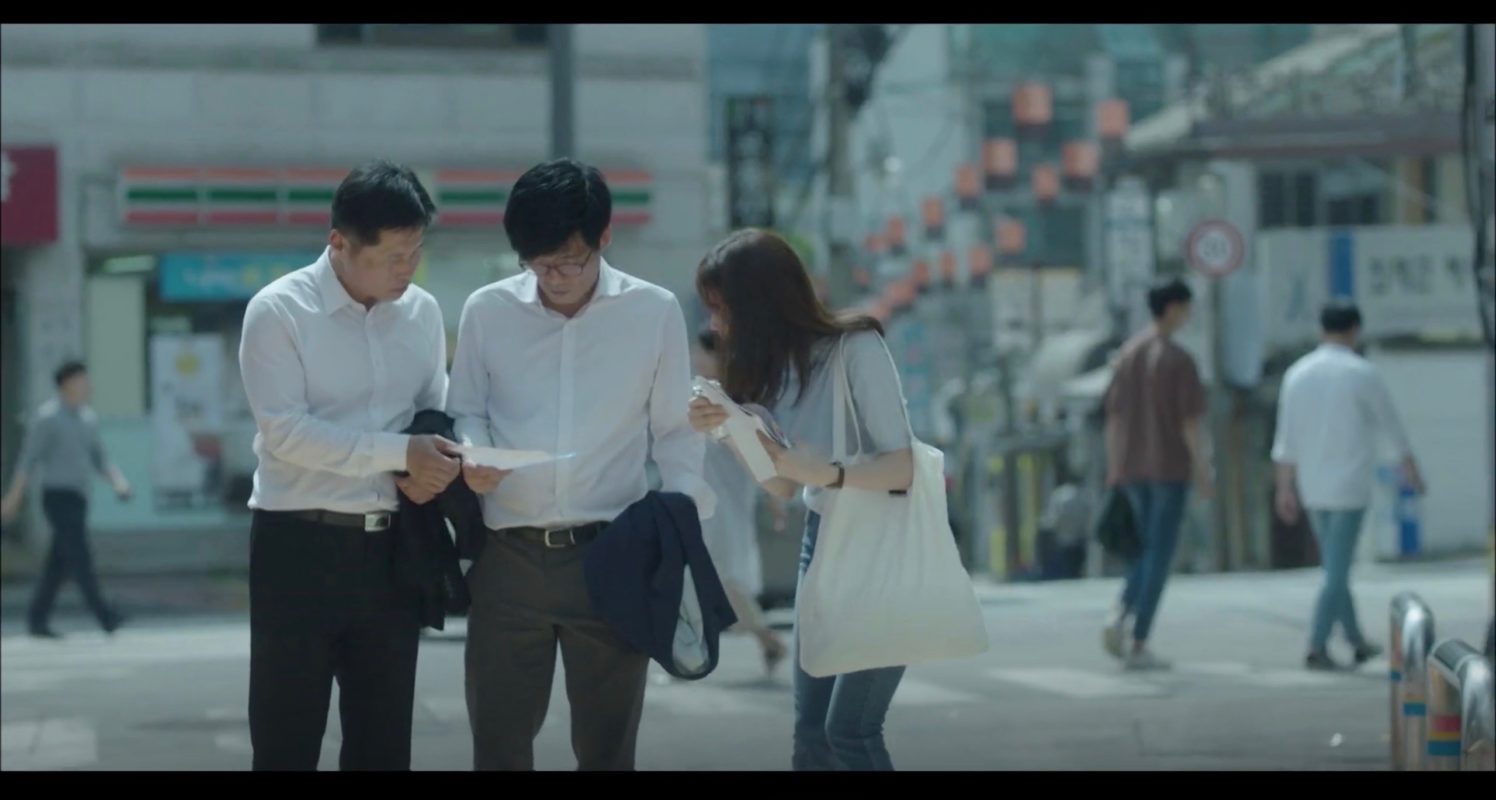 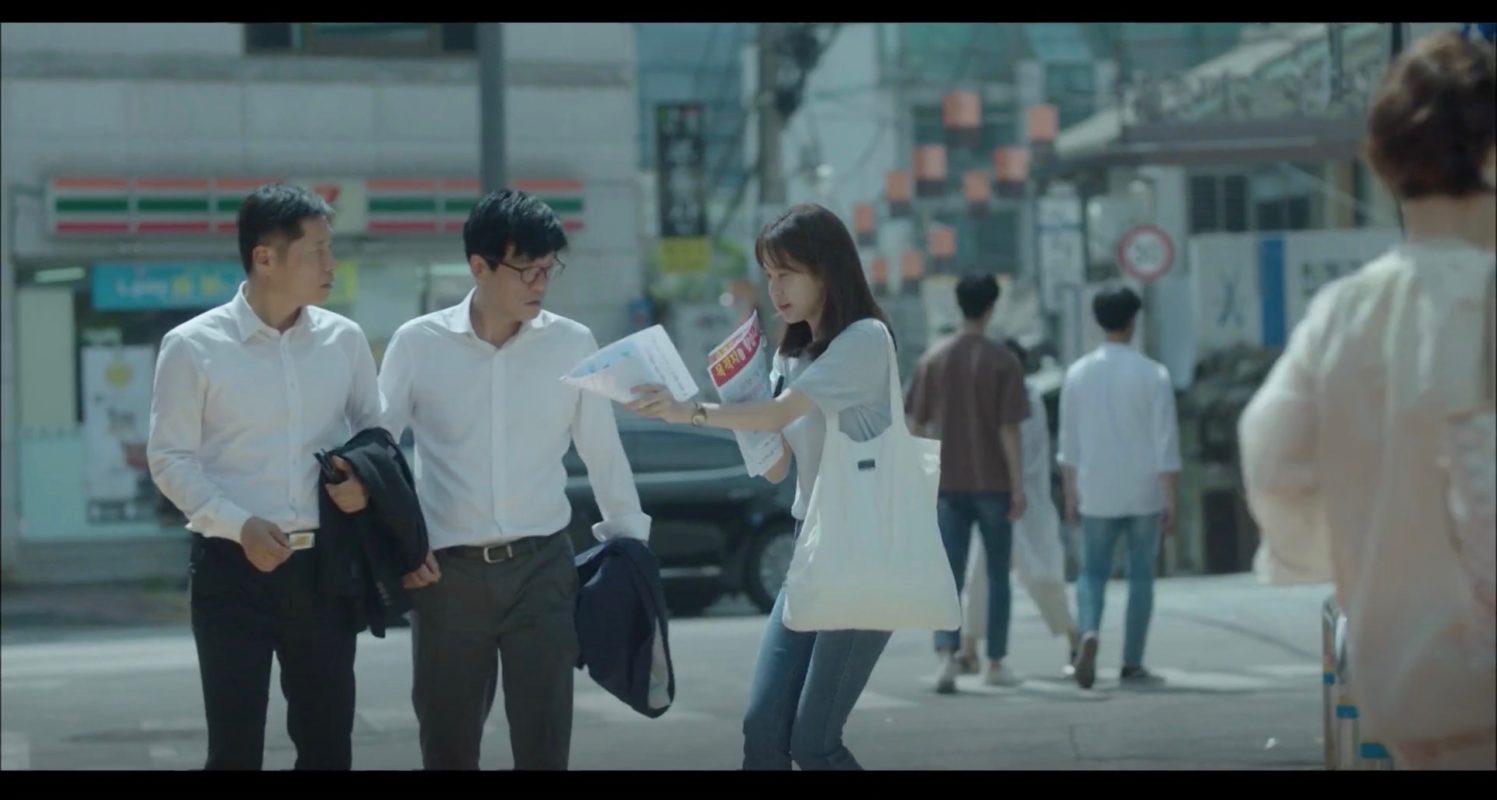 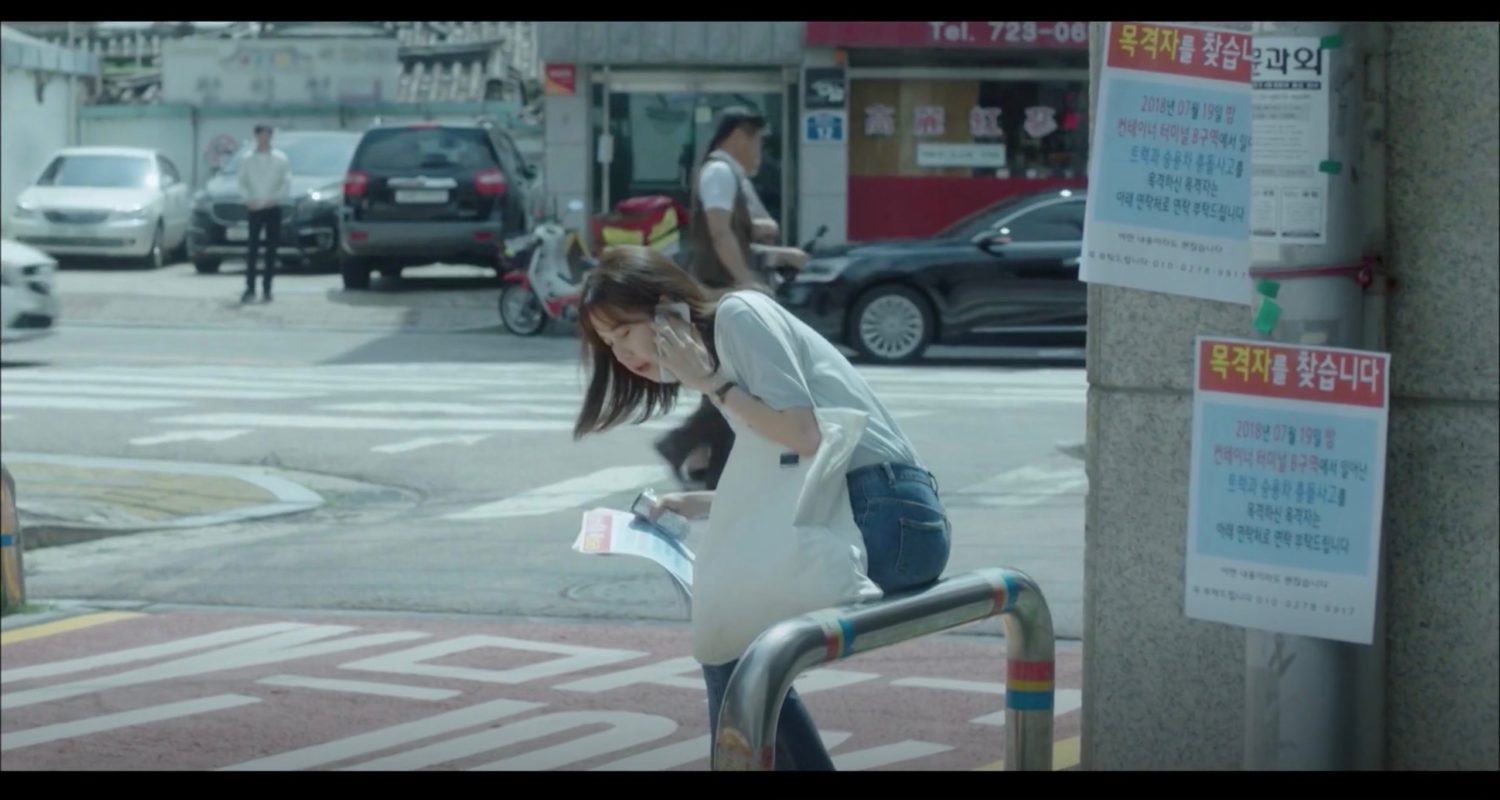 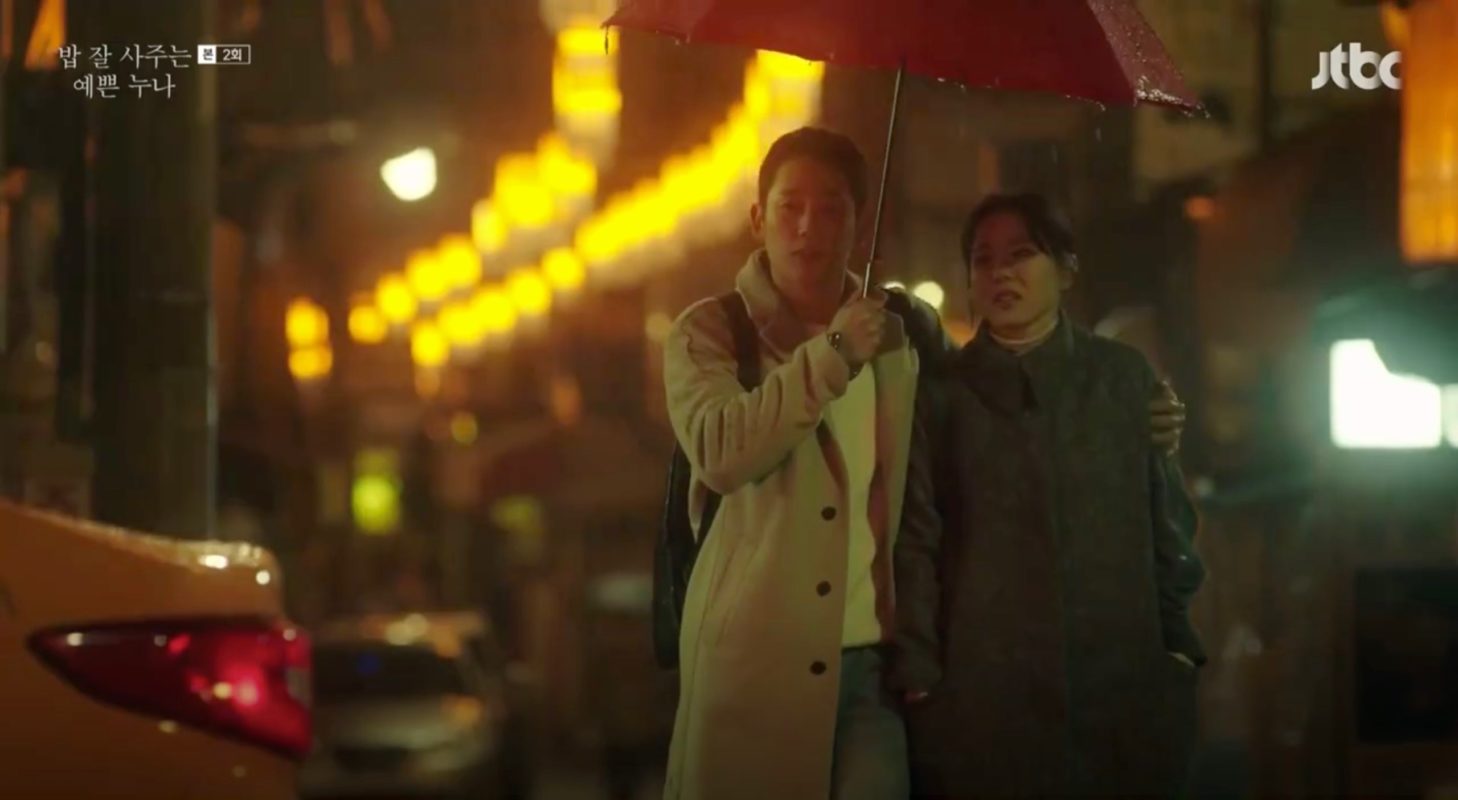 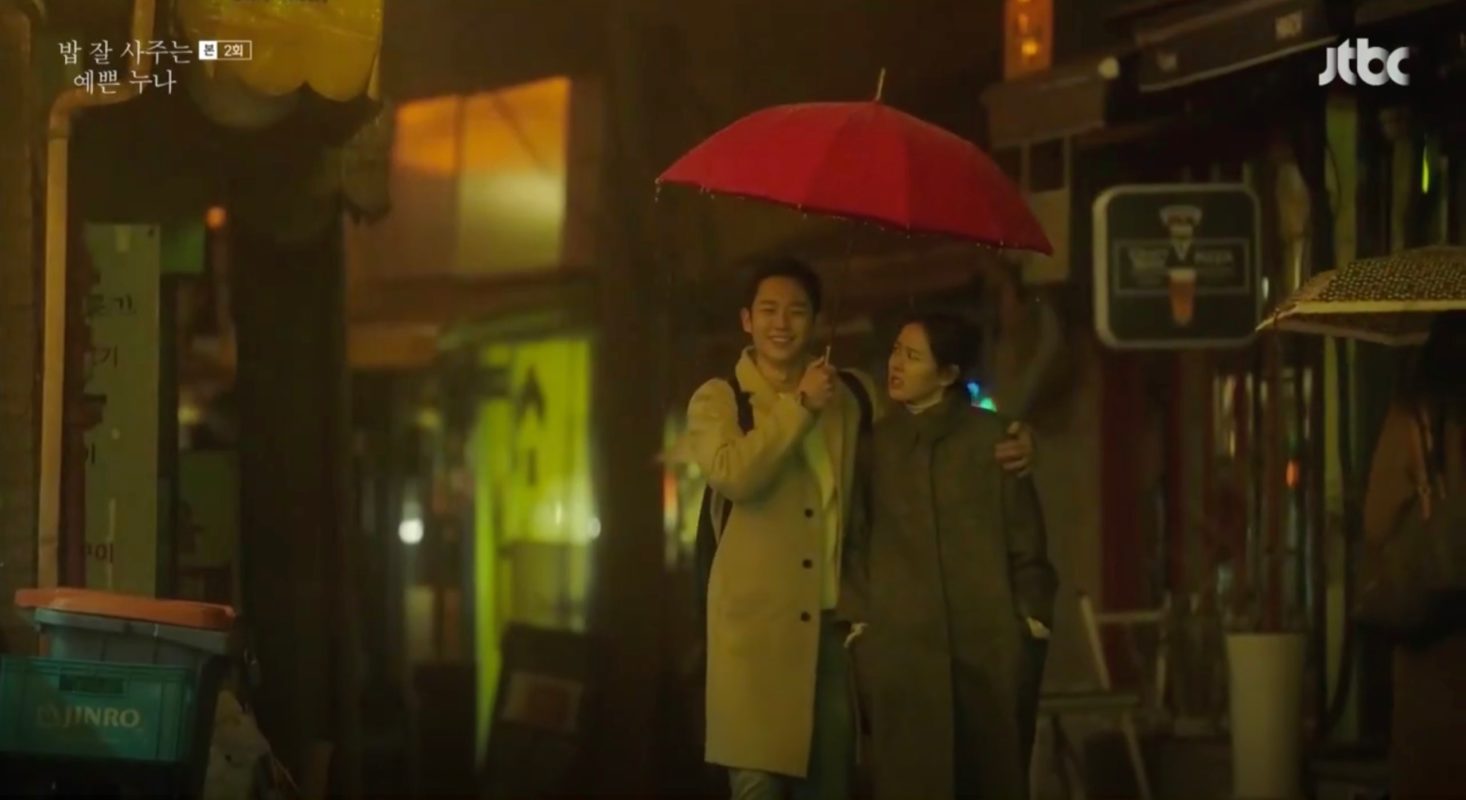 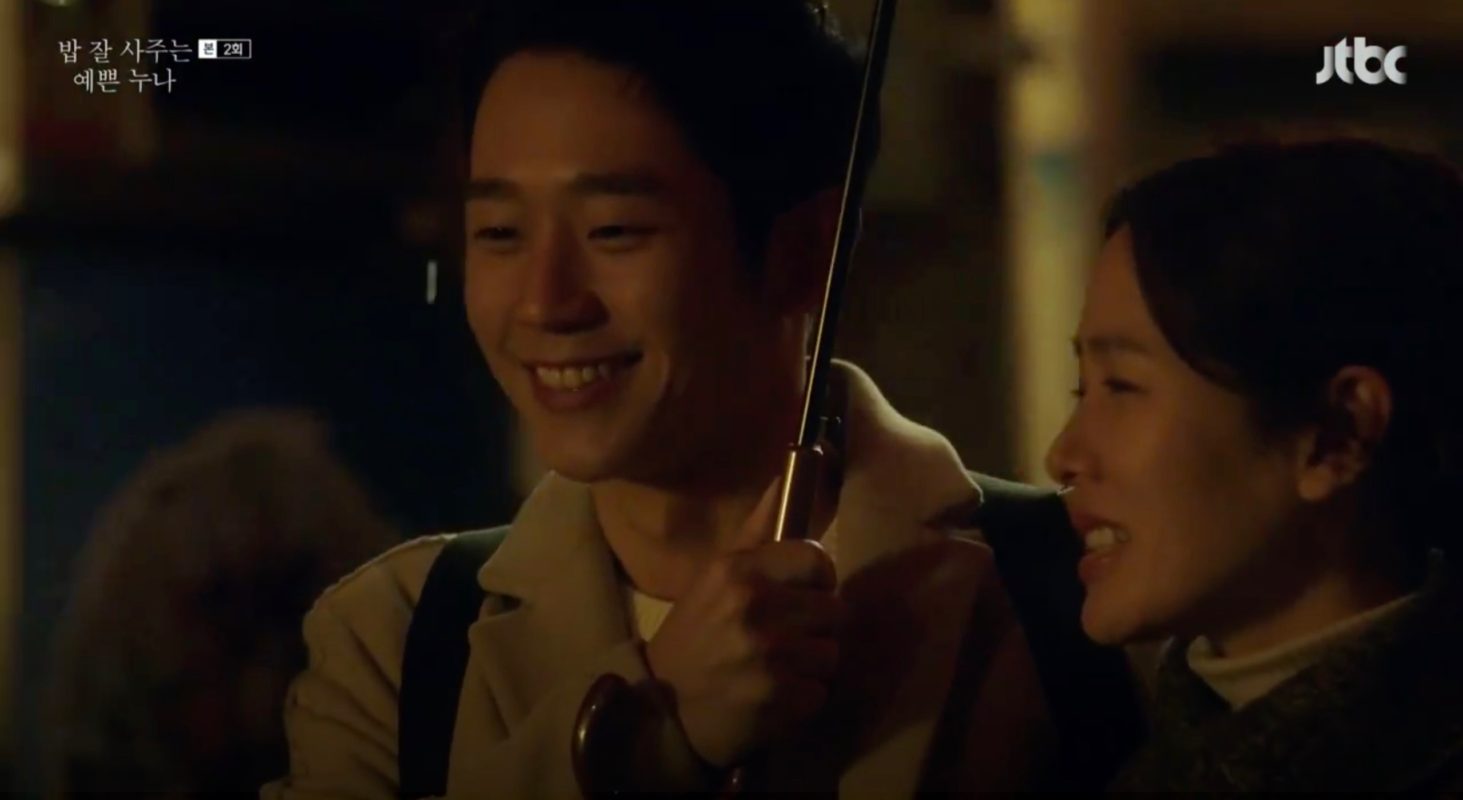 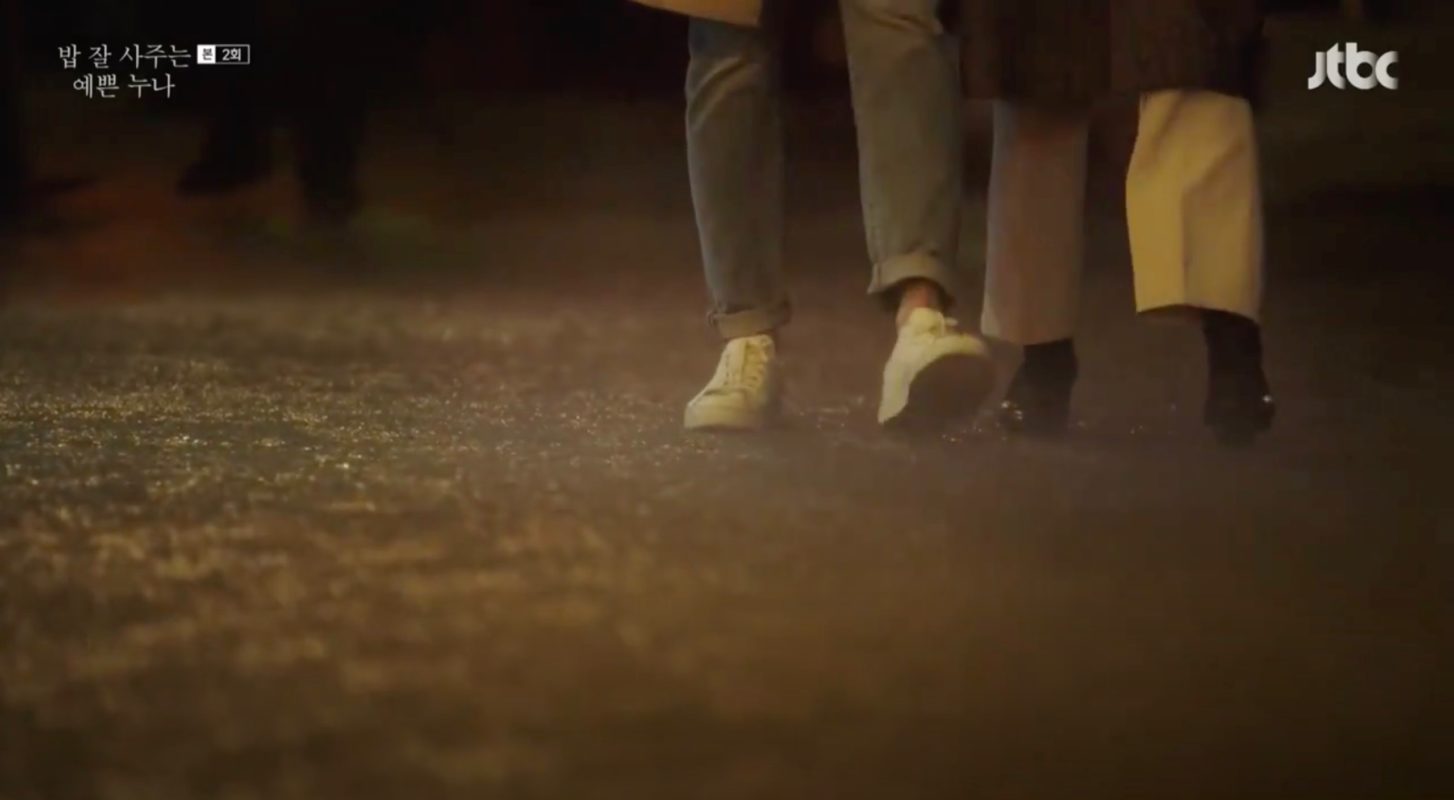 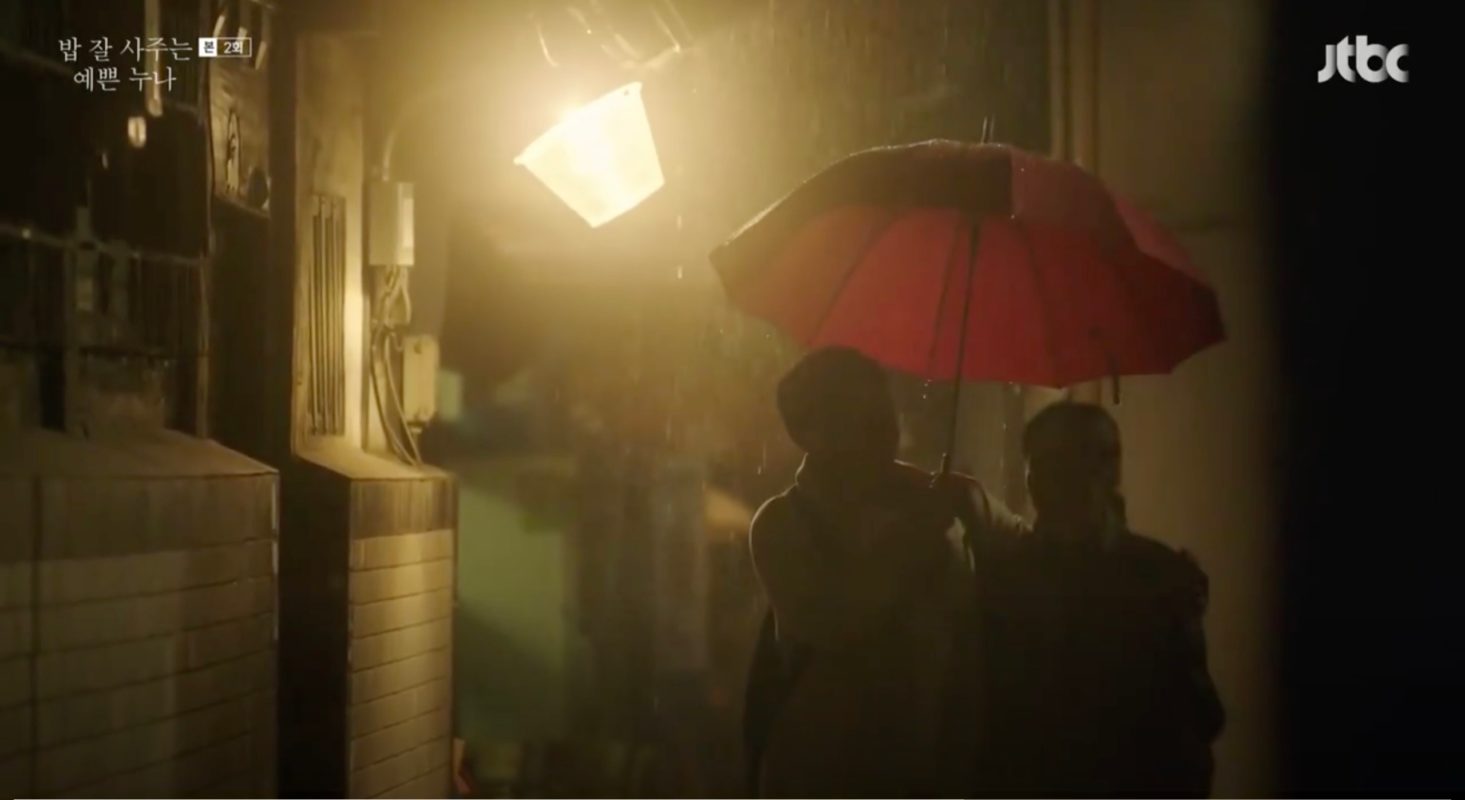 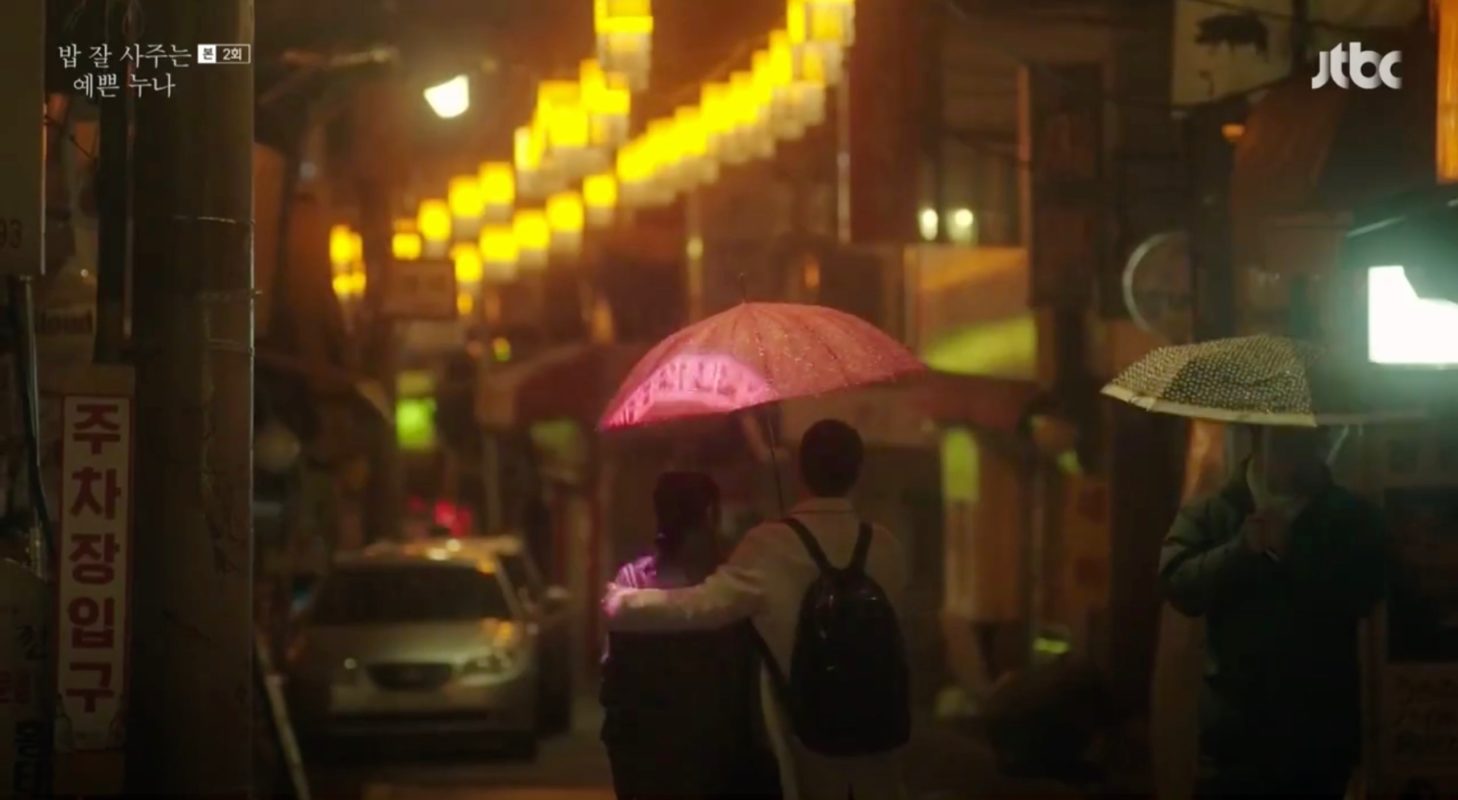 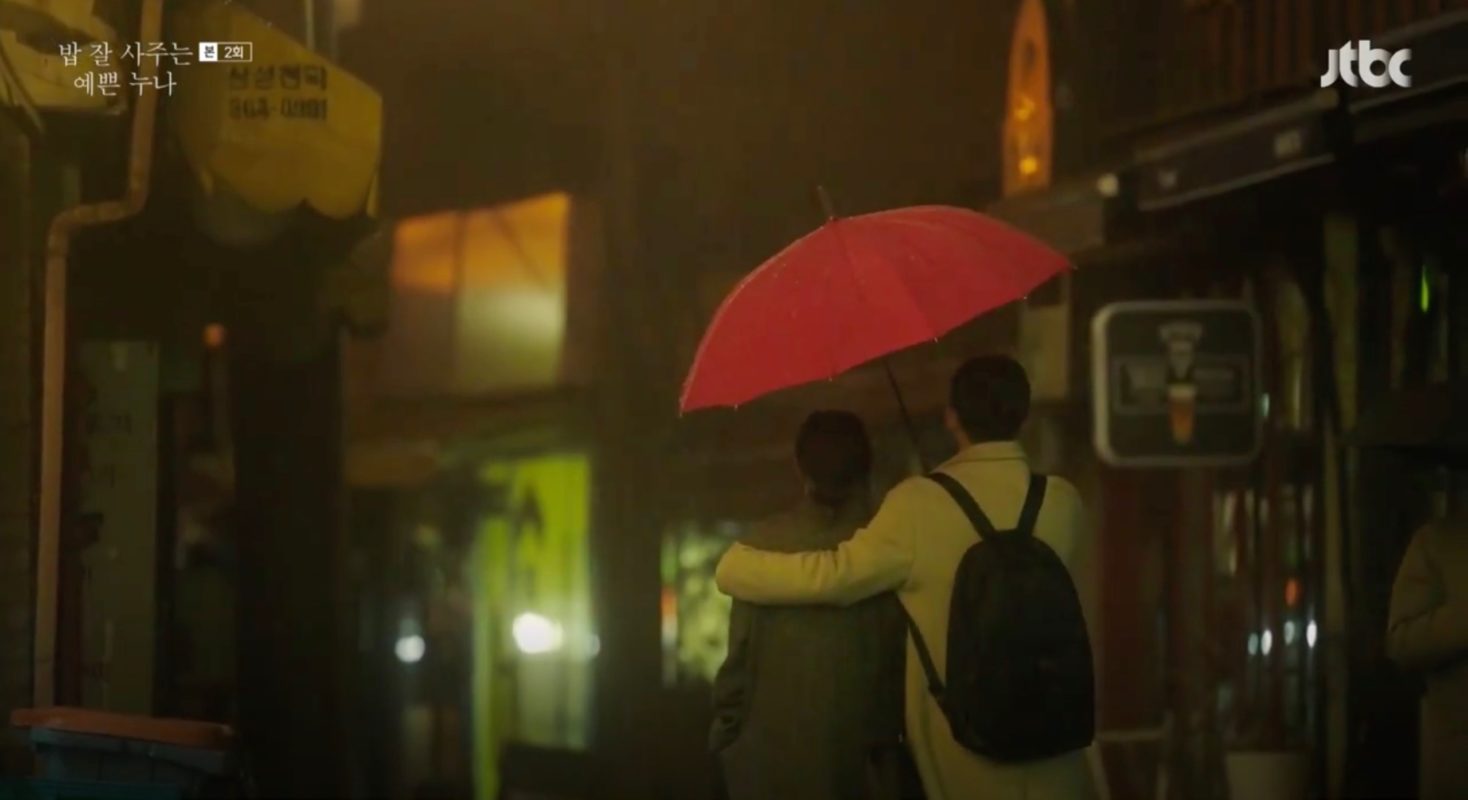 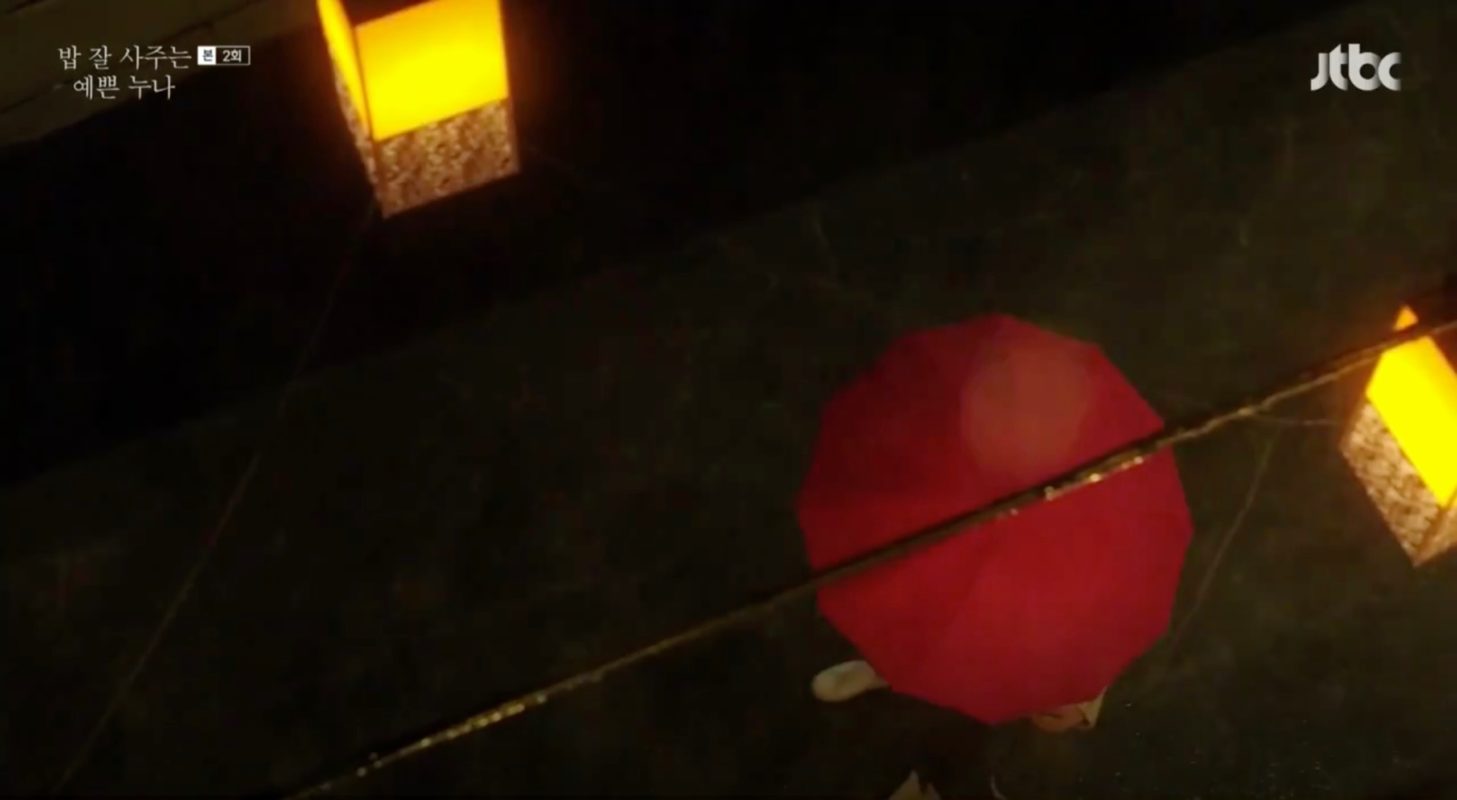 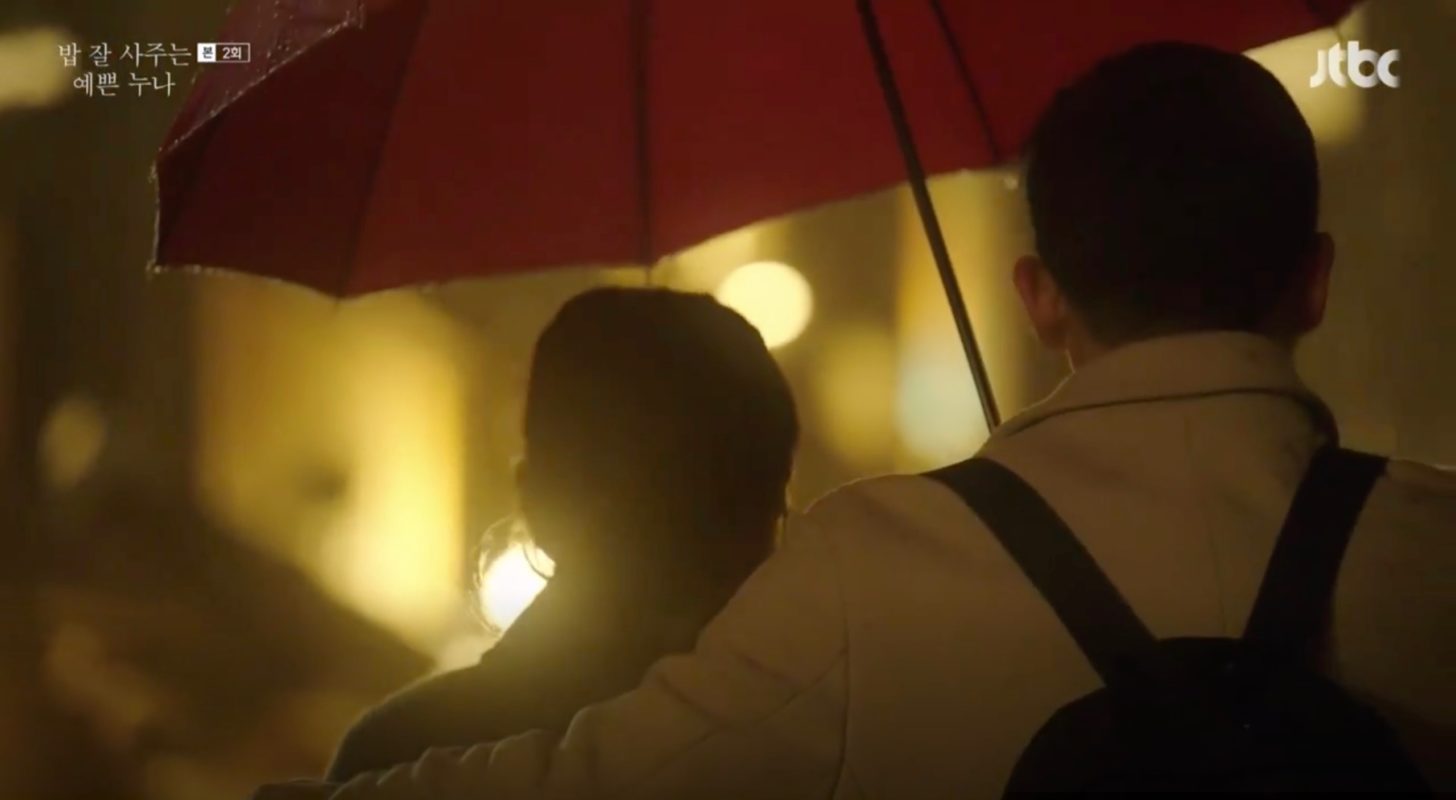 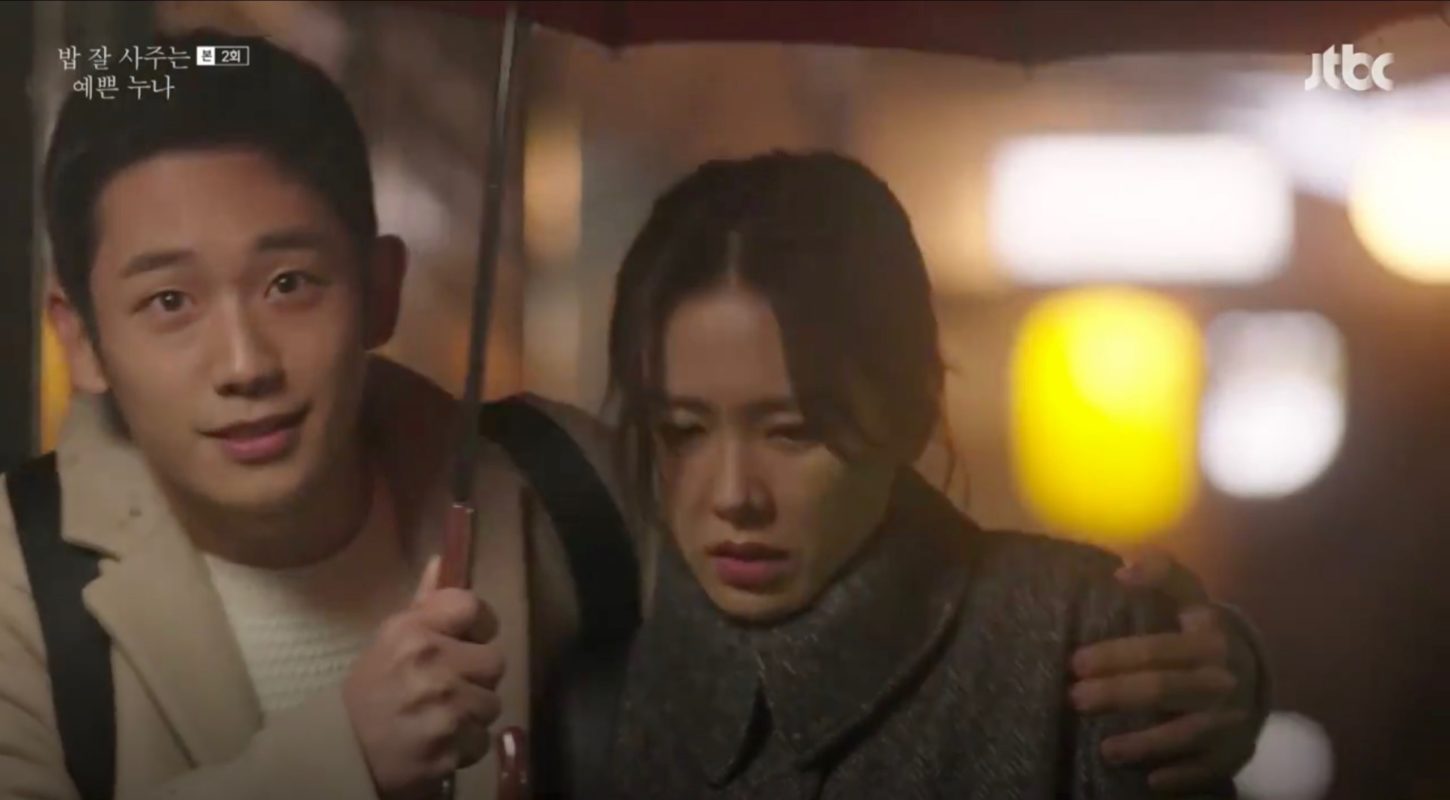 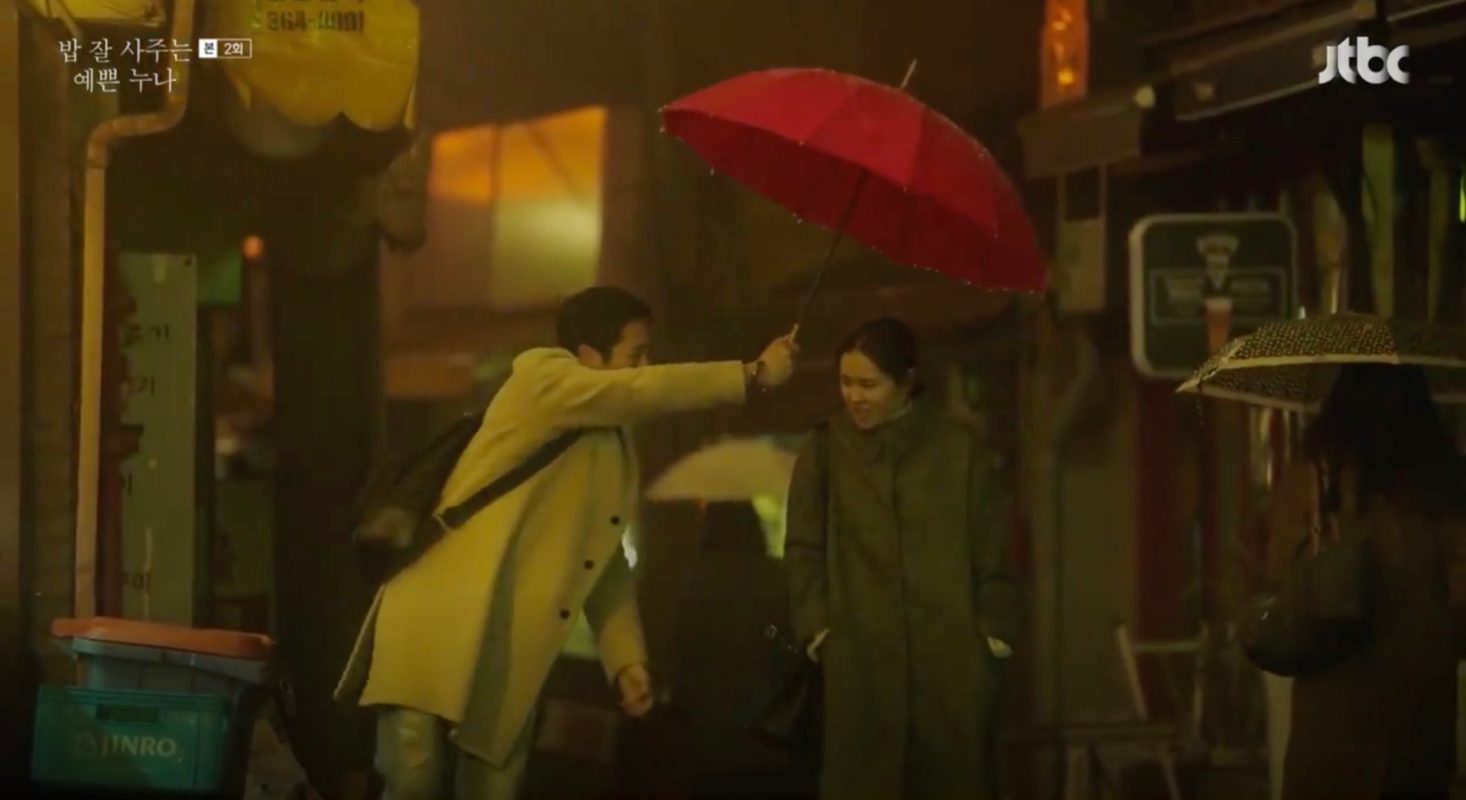 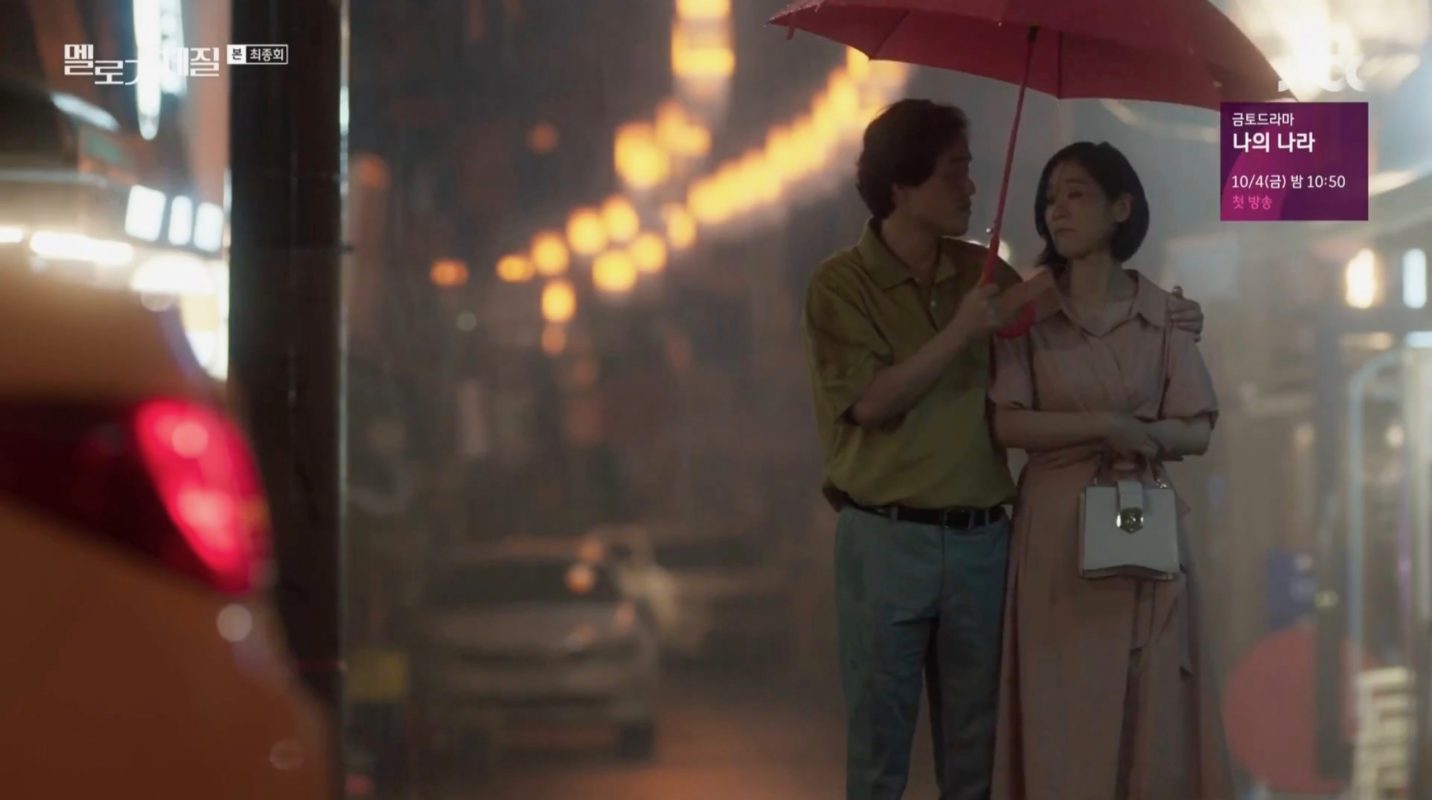 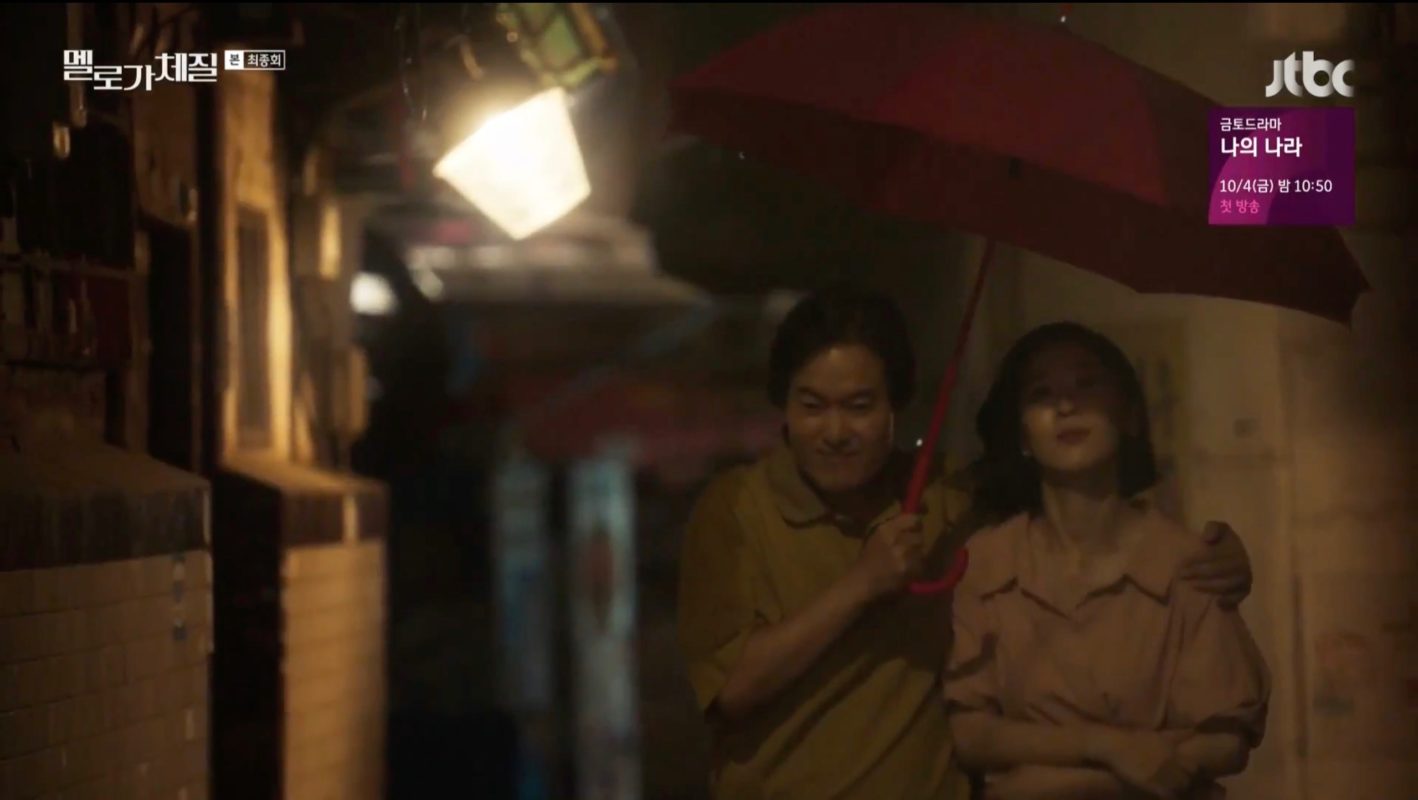 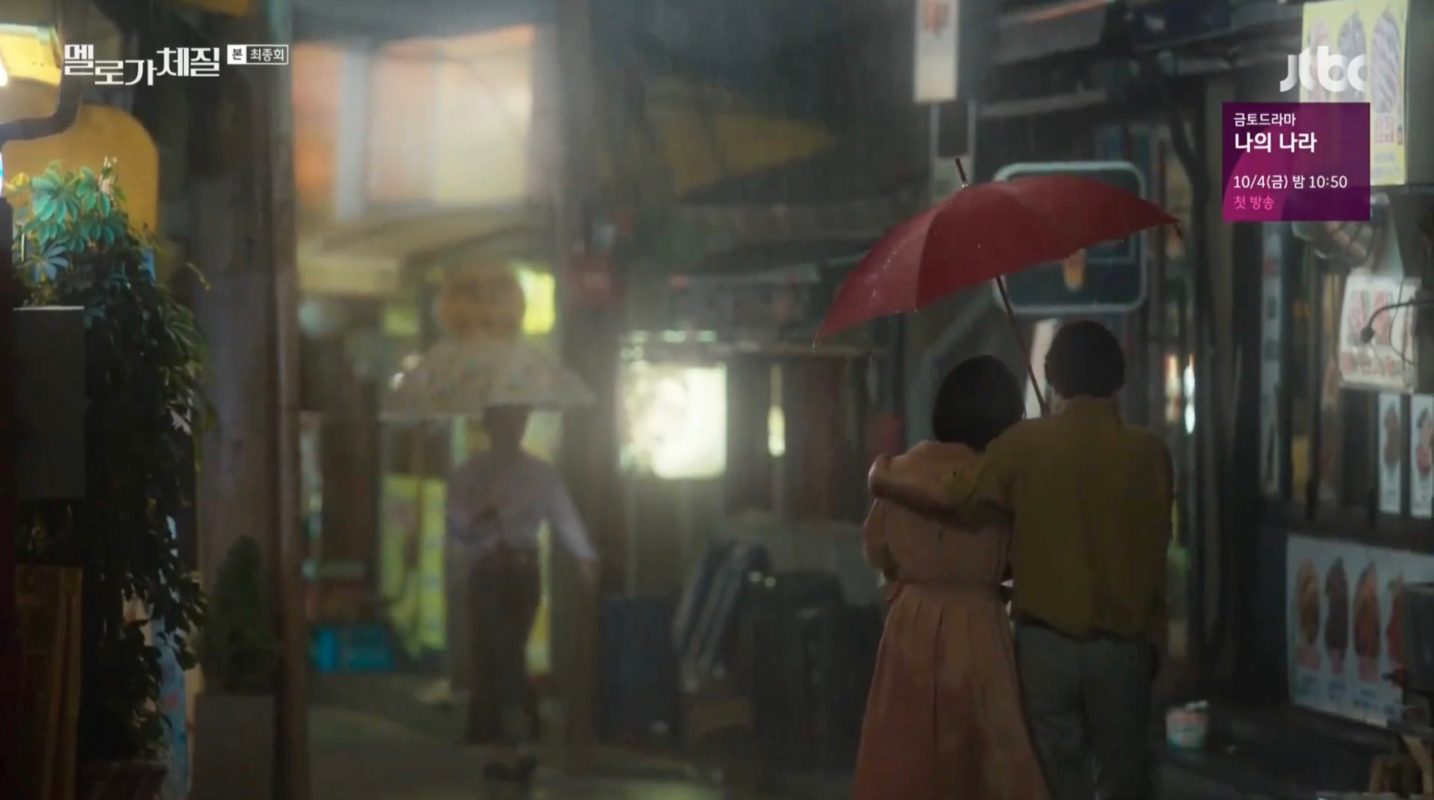 After having a drink with CEO So (Park Hyoung-Soo) and finding out that he is a goose father, far from what they know that he is single, Writer Jung (Baek Ji-won) and Chief Producer Sung (Jung Seung-gil) regain their undefined feelings as they walk in this street doing a parody of a scene in Something in the Rain on the last episode of Be Melodramatic/Melo Suits Me (멜로가 체질) (JTBC, 2019).

Seol Ji-Hyun (Seohyun from Girls’ Generation) hands out flyers in this street to get information about her mother’s and sister’s death in episode 11 of Time (시간) (MBC, 2018) and then takes a rest opposite of the entrance to this street where she gets a phone call from a journalist.

Sharing one umbrella, Seo Joon-hee (Jung Hae-in) and Yoon Jin-ah (Son Ye-jin) walk through this street after their meal at Jeondaegam House [전대감댁] in episode 2 of Something in the Rain/Pretty Noona Who Buys Me Food/Pretty Sister Who Treats Me to Meals (밥 잘 사주는 예쁜 누나) (JTBC, 2018). This scene is also featured in the show’s promotional images/posters.

— submitted by Marion KDL
— Be Melodramatic added by Chelle