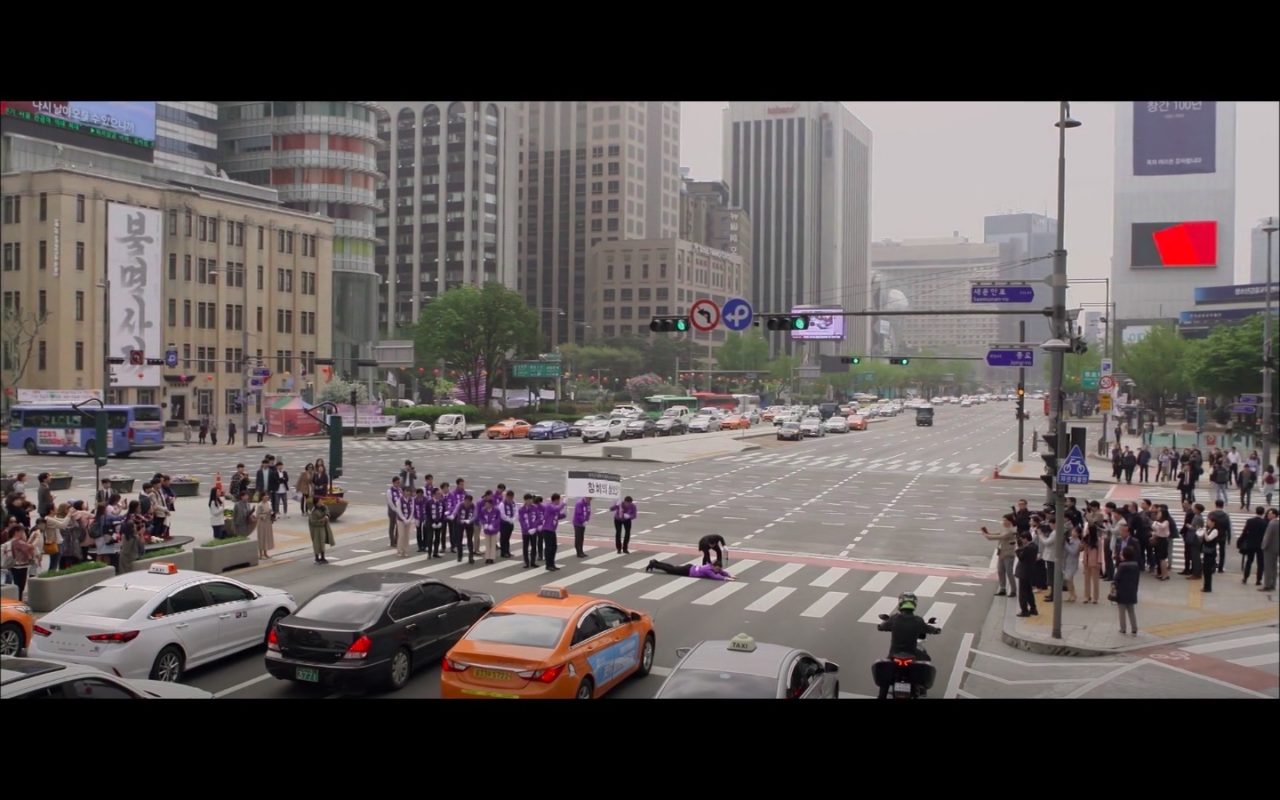 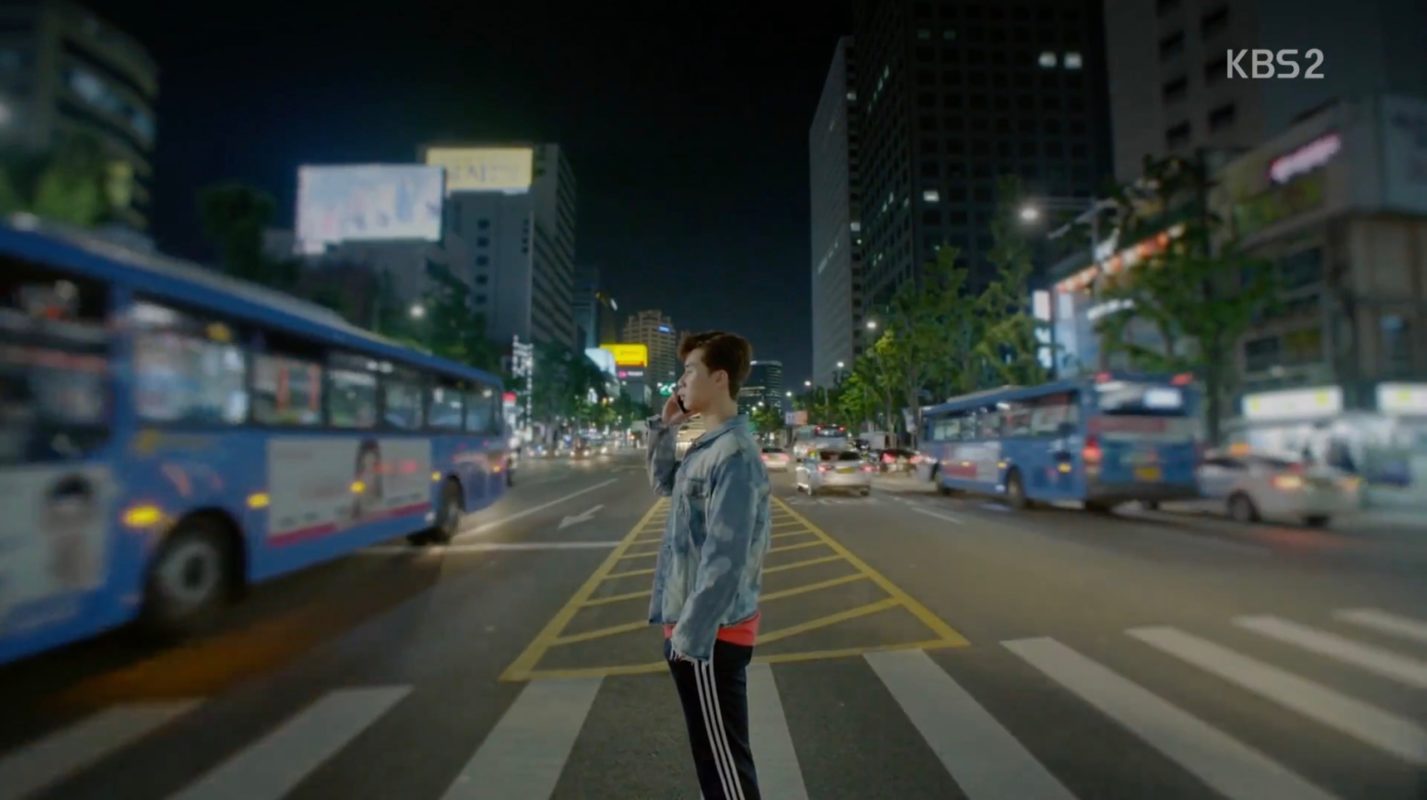 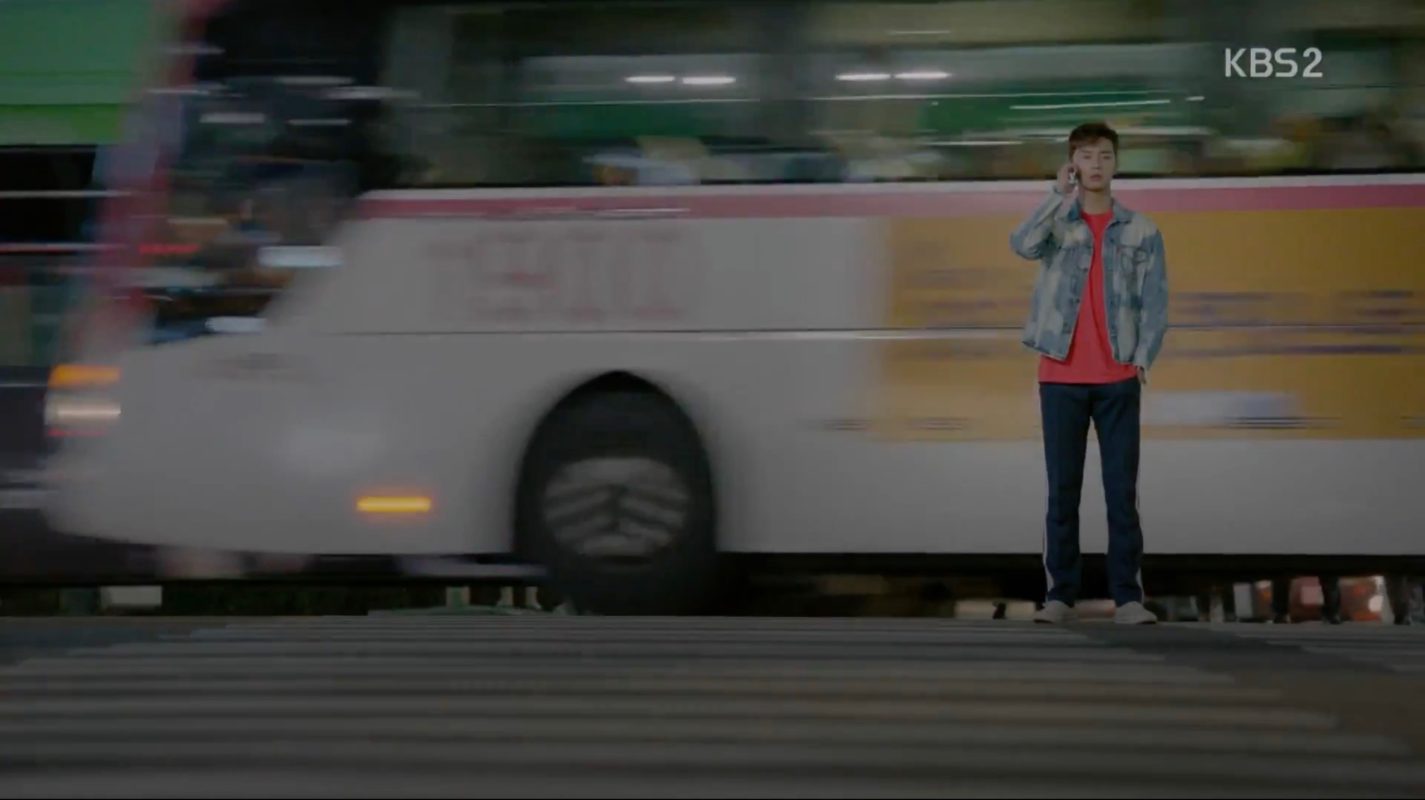 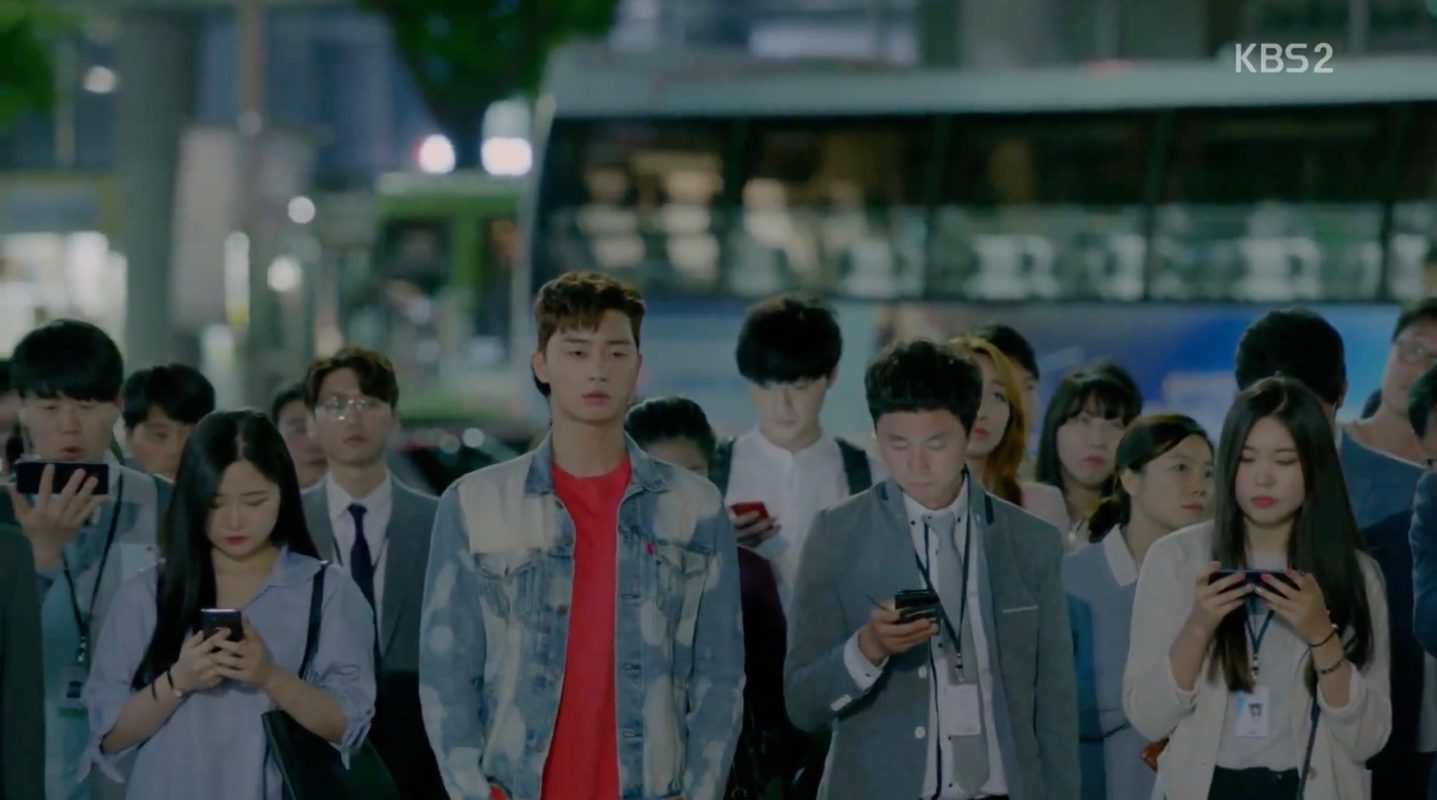 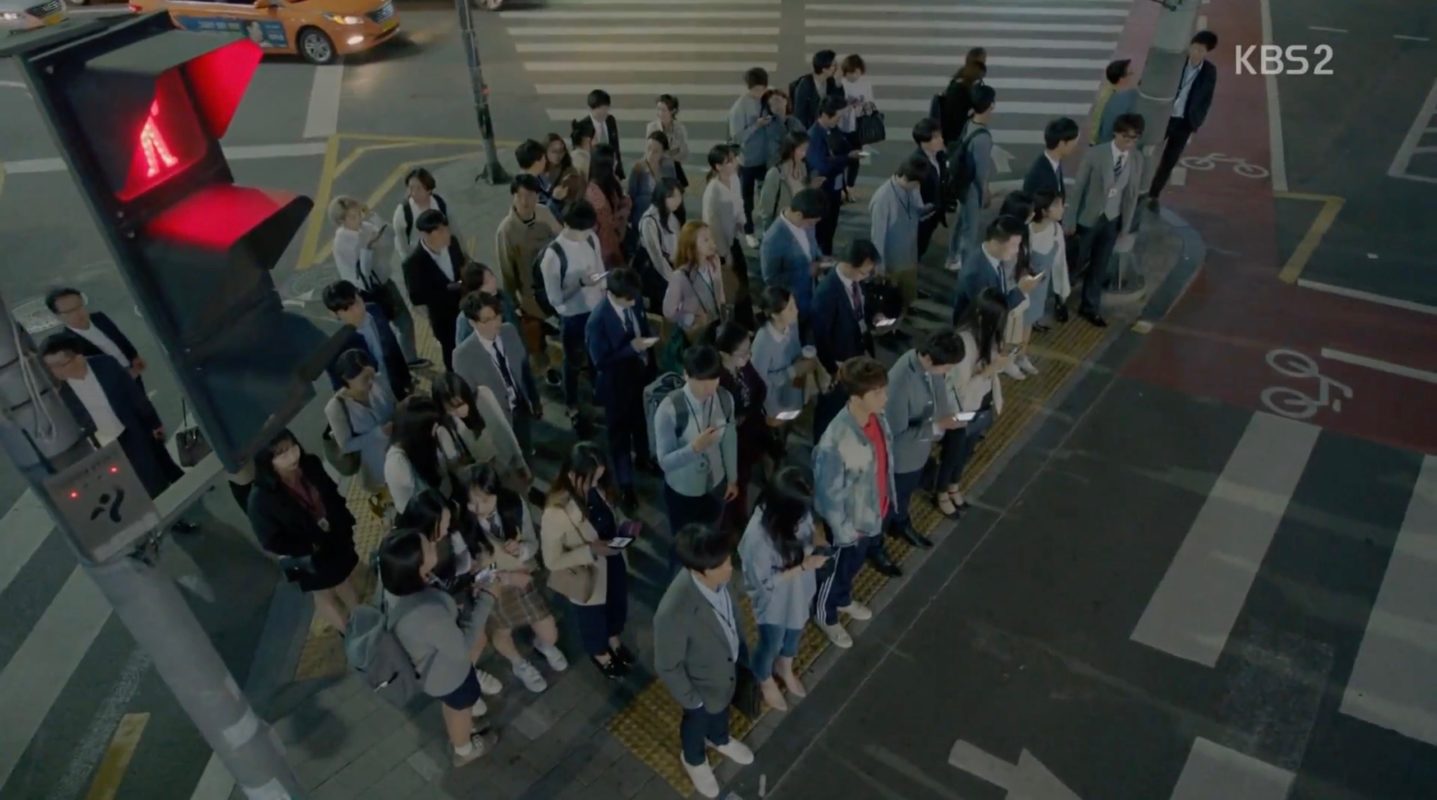 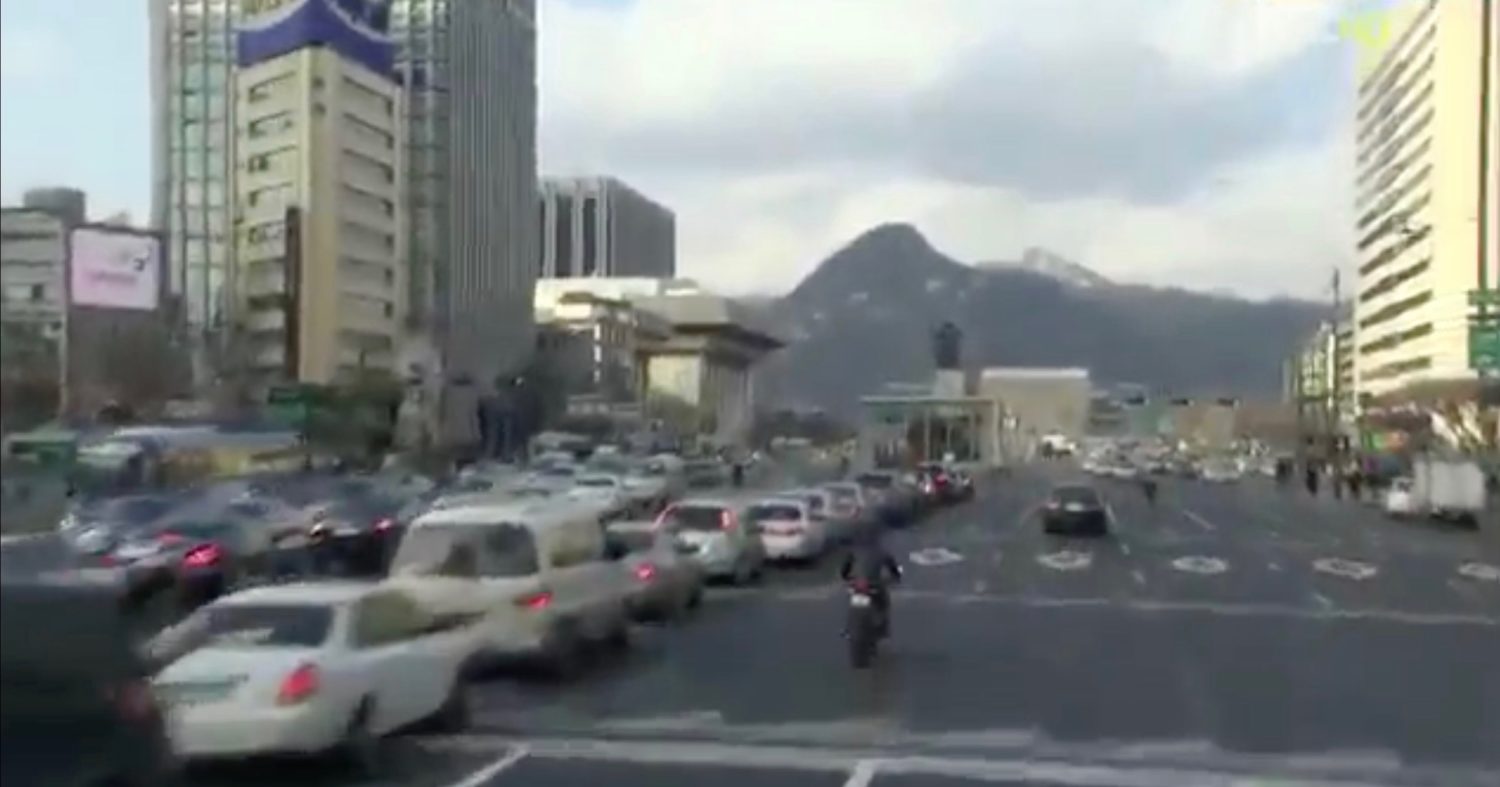 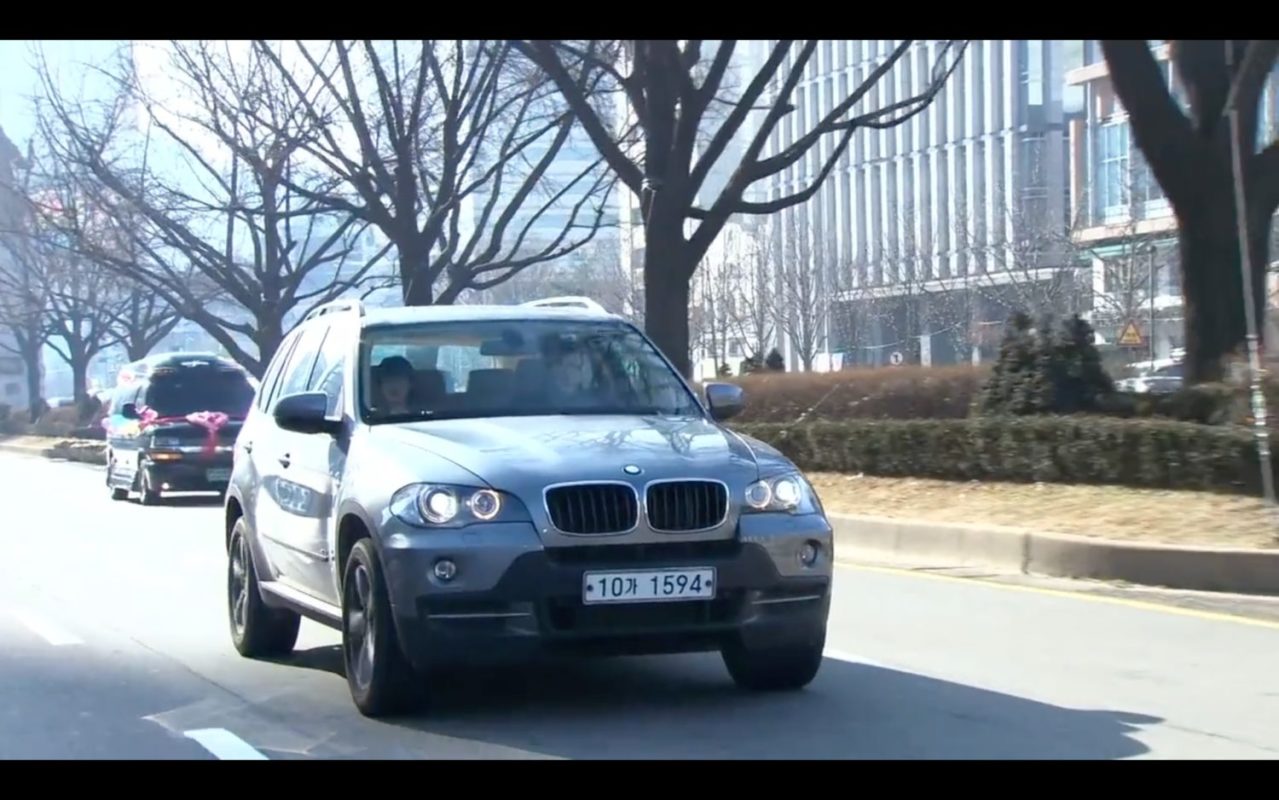 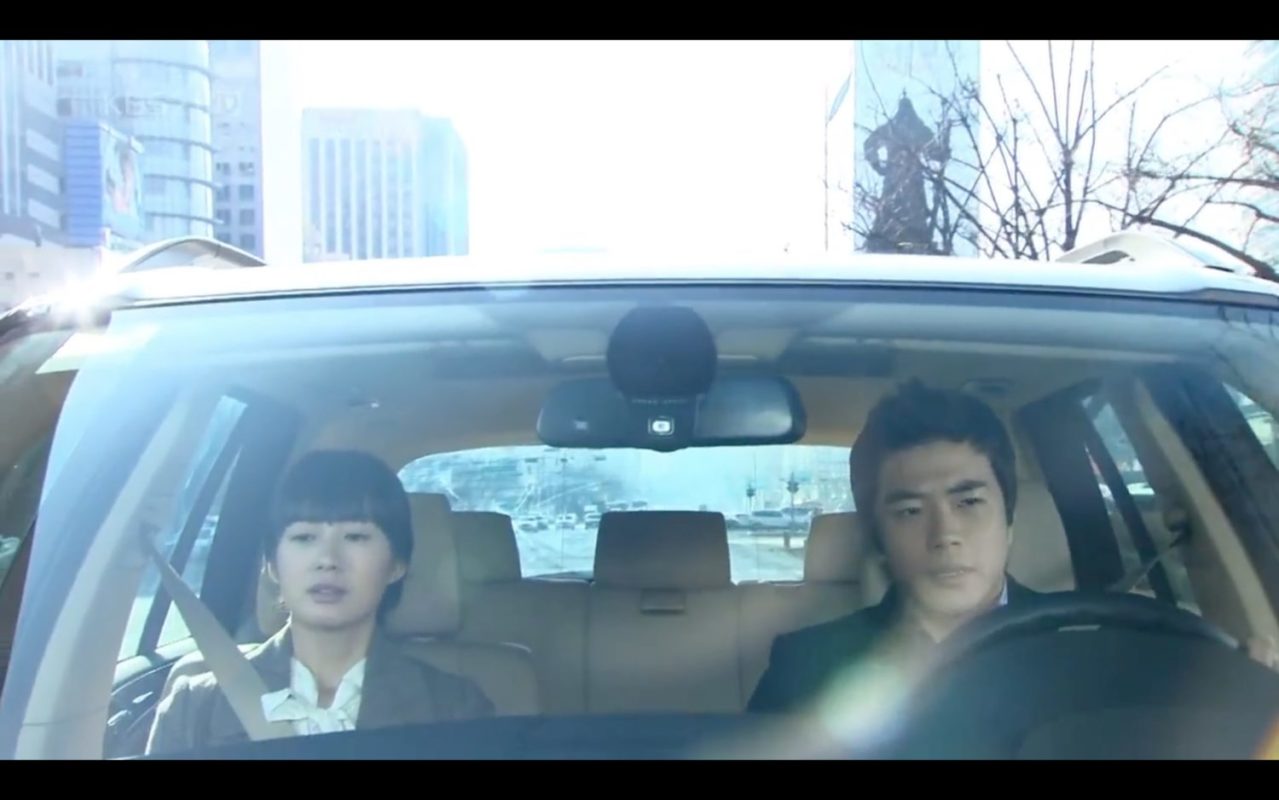 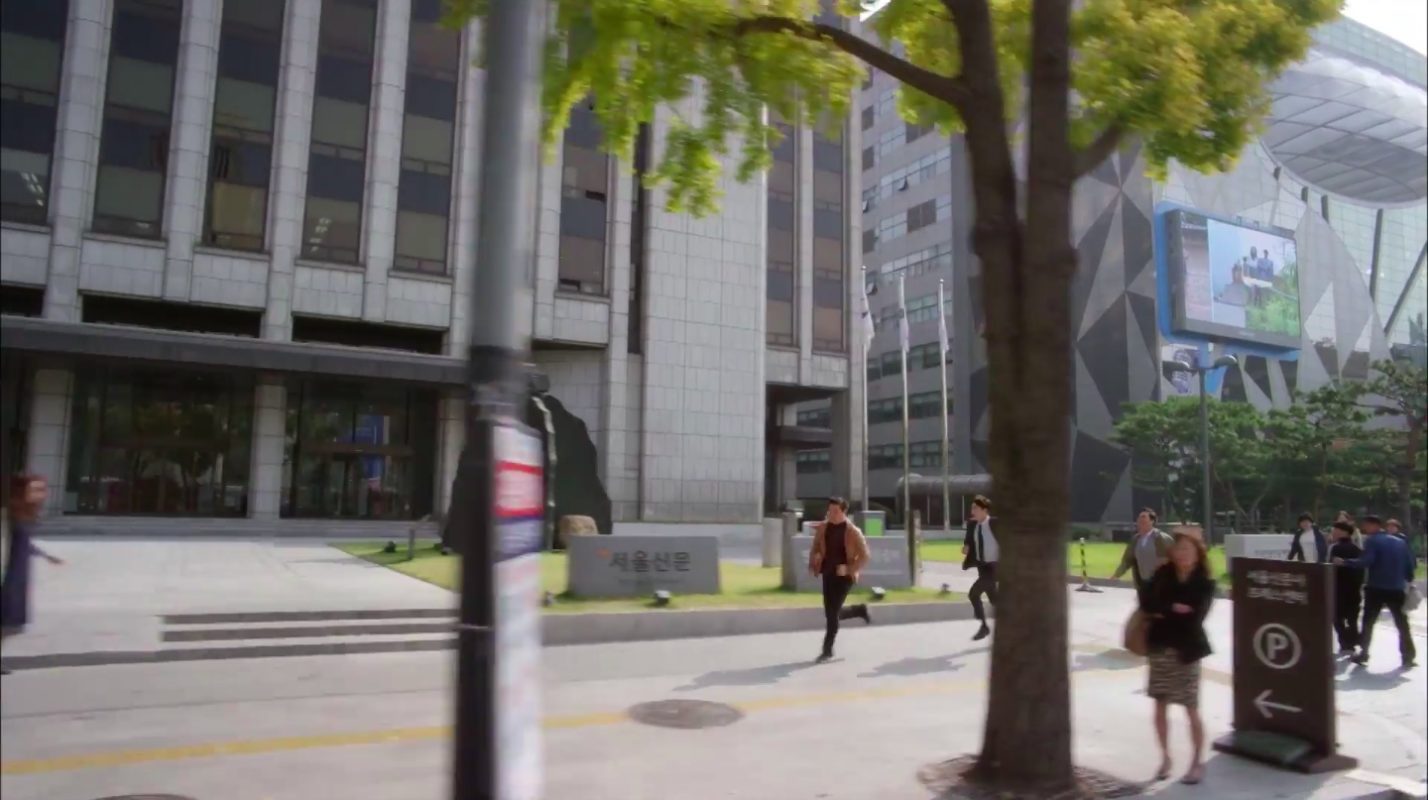 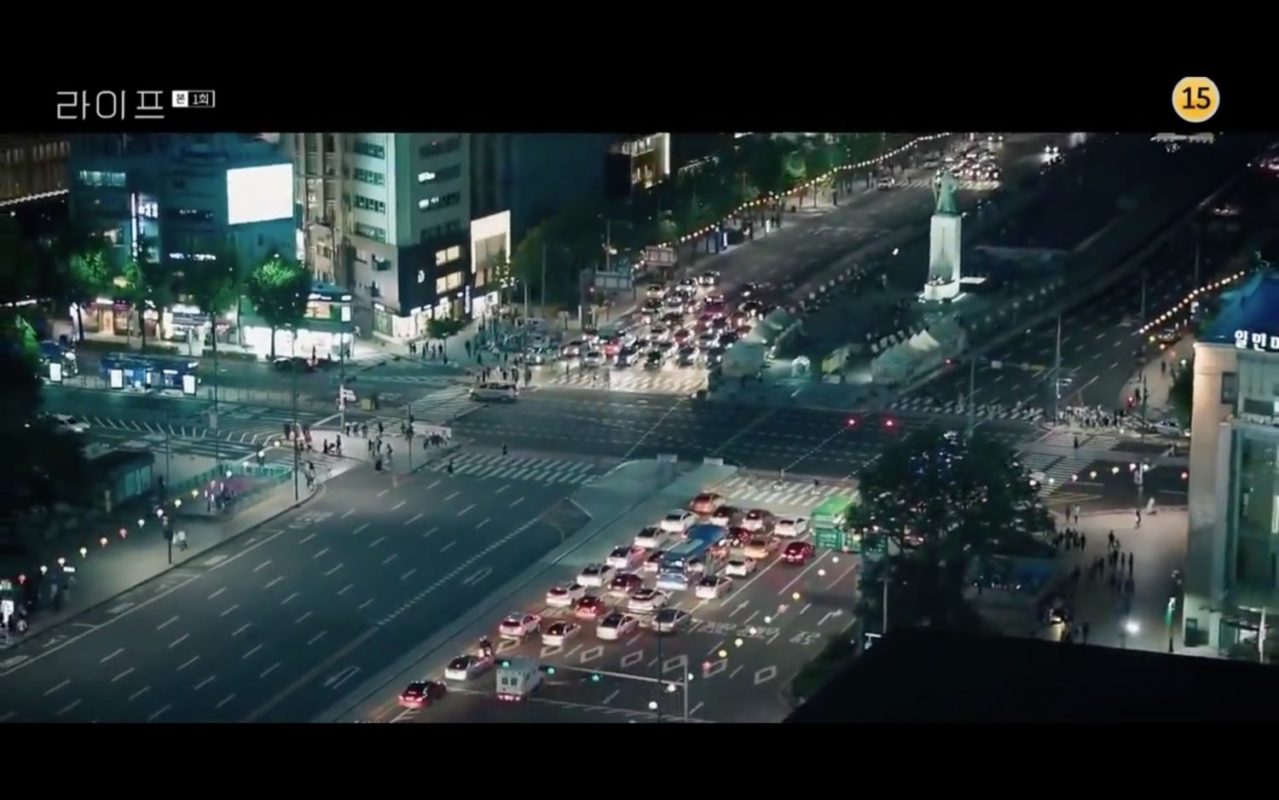 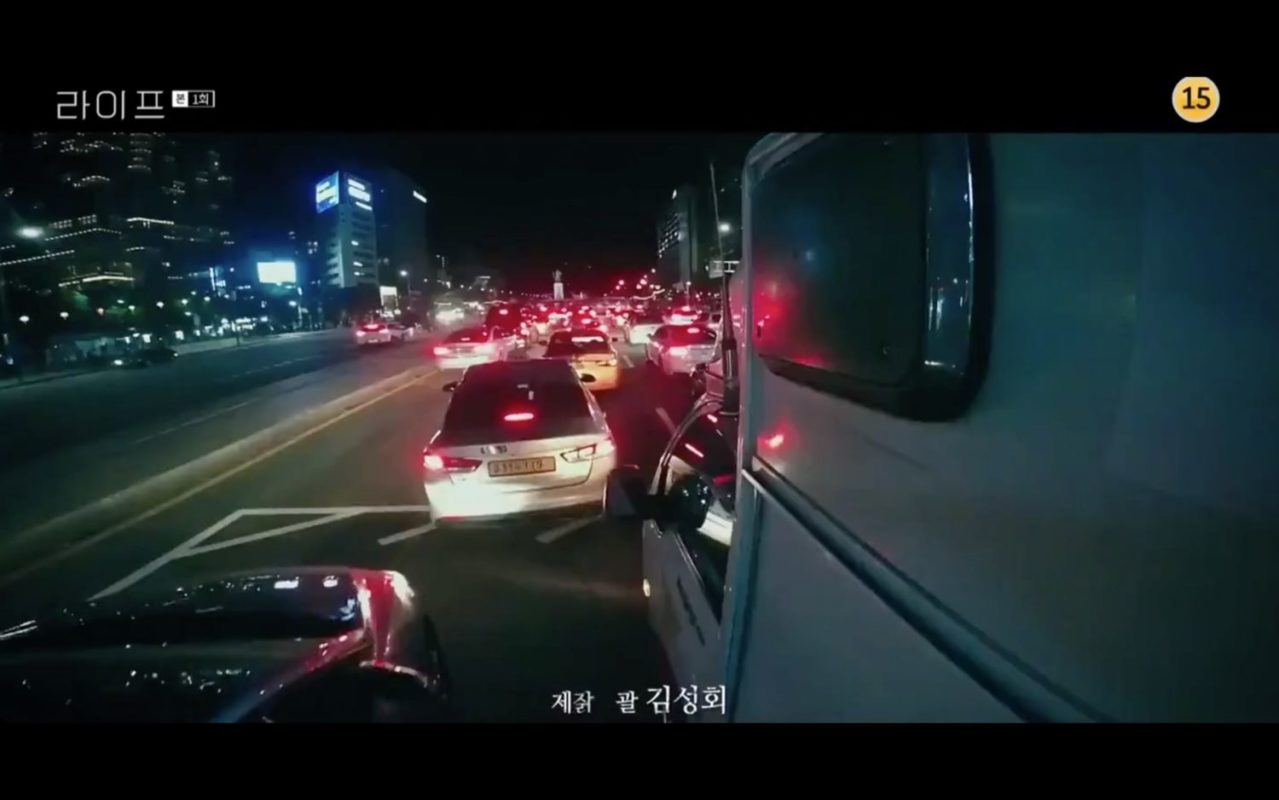 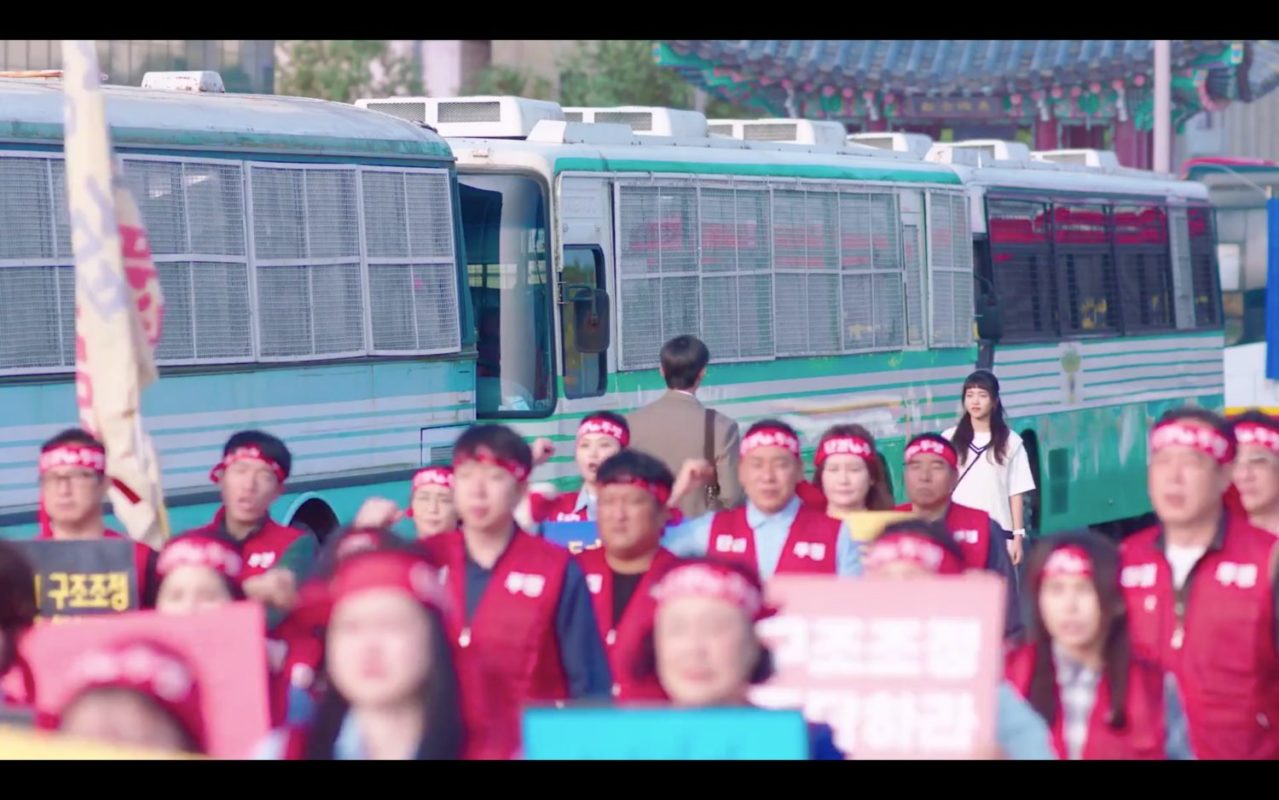 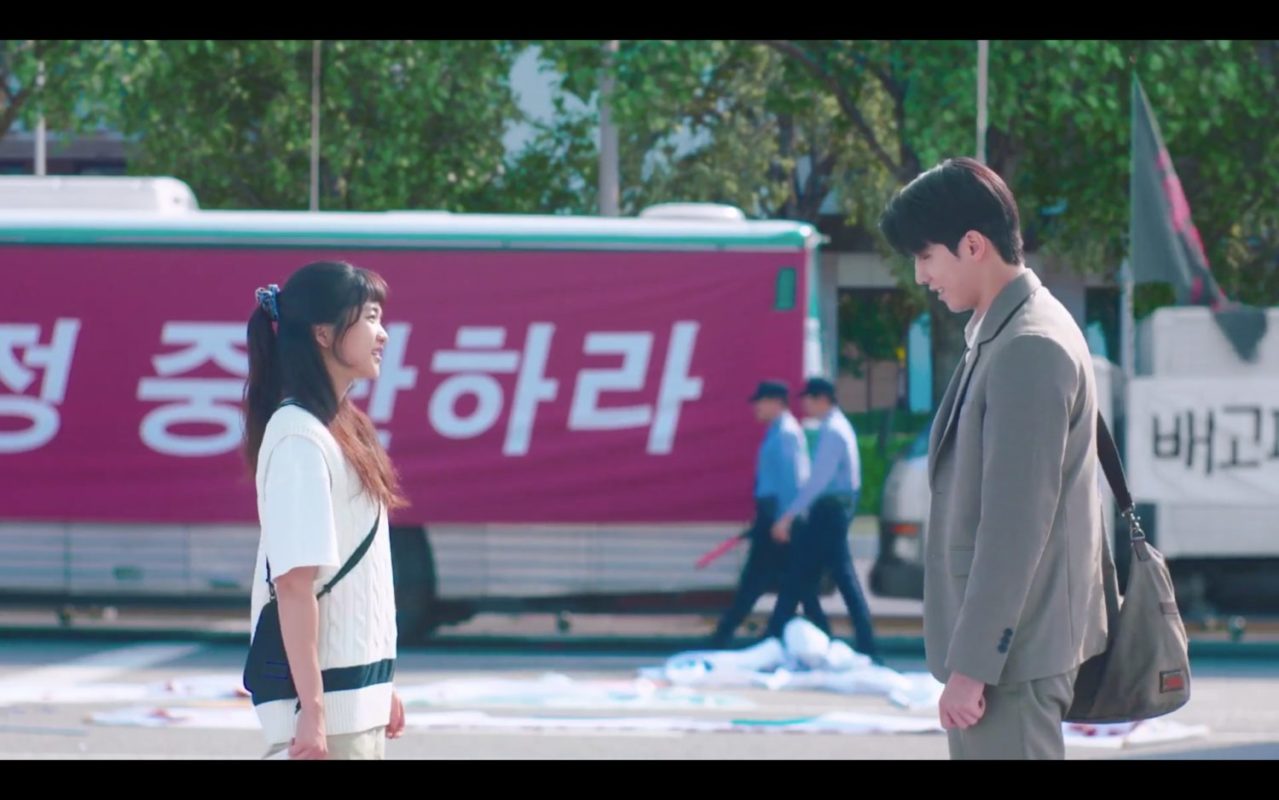 No. 1 approx. — Kang Yong-ki (Kwon Sang-woo) and Na In-jung (Lee Yo-won) drive down this street at the height of Statue of Admiral Yi Sun Shin at Gwanghwamun Square [광화문광장] in episode 6 of Bad Love/Cruel Love (Motdoen Sarang/못된 사랑) (KBS2, 2007) on their way to visit his parents. While he fabulates about their future together and how many children they might have, she thinks to herself that he is too good for her.

No. 86-1 — It is at the crossroad City Hall Intersection [시청교차로] at this street where Ko Dong-man (Park Seo-joon) makes the crucial decision to quit his job in episode 4 of Fight For My Way/Third-Rate My Way (쌈 마이웨이) (KBS2, 2017).

No. 159 — Wi Dae-han (Song Seung-heon) prostrates himself across the traffic crossing on this street as part of his ‘mourning march’ to pay respects to his late father, in episode 1 of The Great Show/Widaehan Sho (위대한 쇼) (tvN, 2019).

OTHER LOCATIONS LOCATED ON THIS STREET

Sejong-daero [세종대로/世宗路], also known as Sejongno, is a 600m-long and 100m-wide central street (the widest in Seoul) in downtown Seoul. It is located in Seoul’s neighborhood Sogong [Sogong-dong/소공동] in the Jung District [Jung-gu/중구].

Named after Sejong the Great/King Sejong of Joseon (조선 세종/朝鮮世宗), it connects Gyeongbokgung Palace [경복궁] in the north to Seoul Station [서울역] / Culture Station Seoul 284 [문화역서울284] in the south. Several important buildings are also located along this street.

This site is one of the 380 traditional and modern-contemporary buildings in Seoul that were selected for the The Seoul Architectural Guide (2013, page 209f).