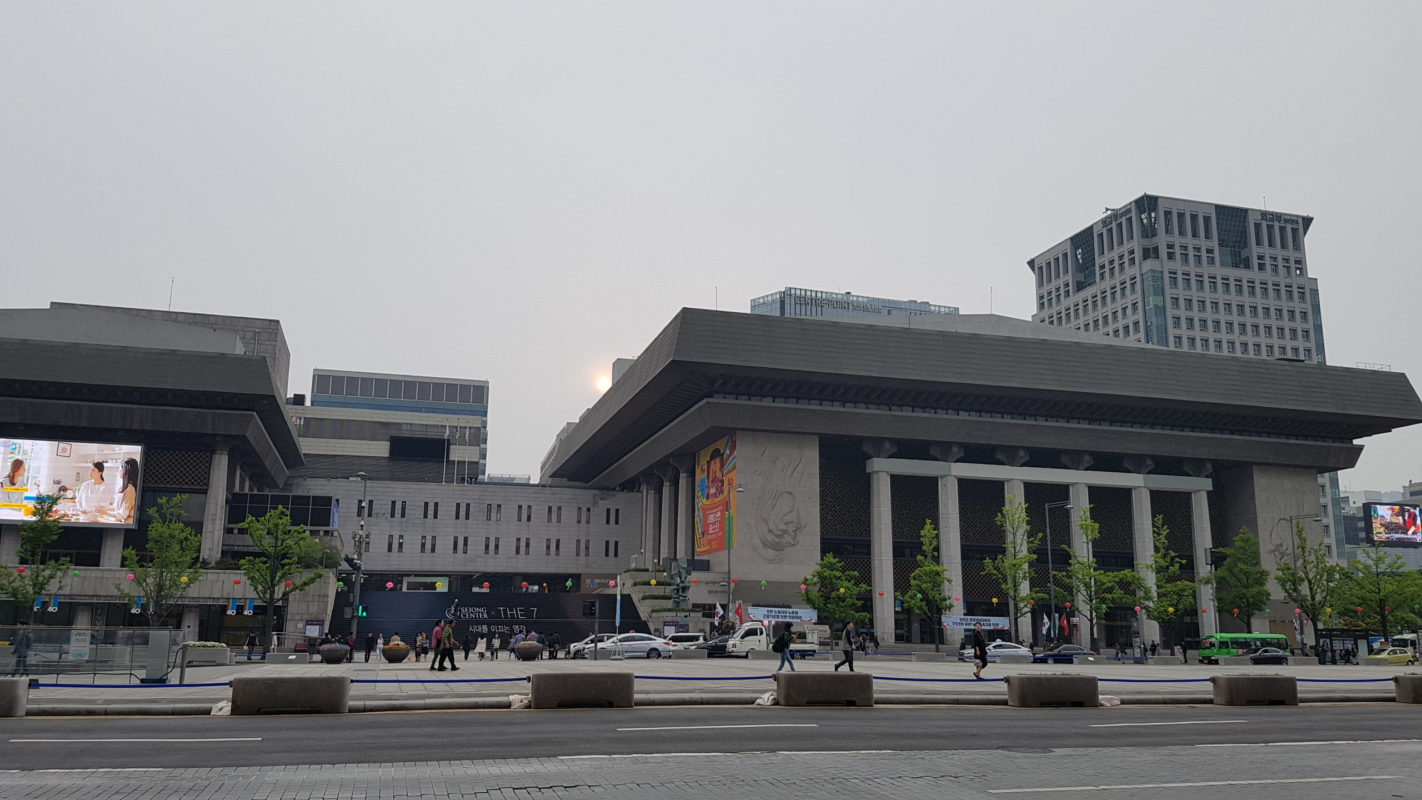 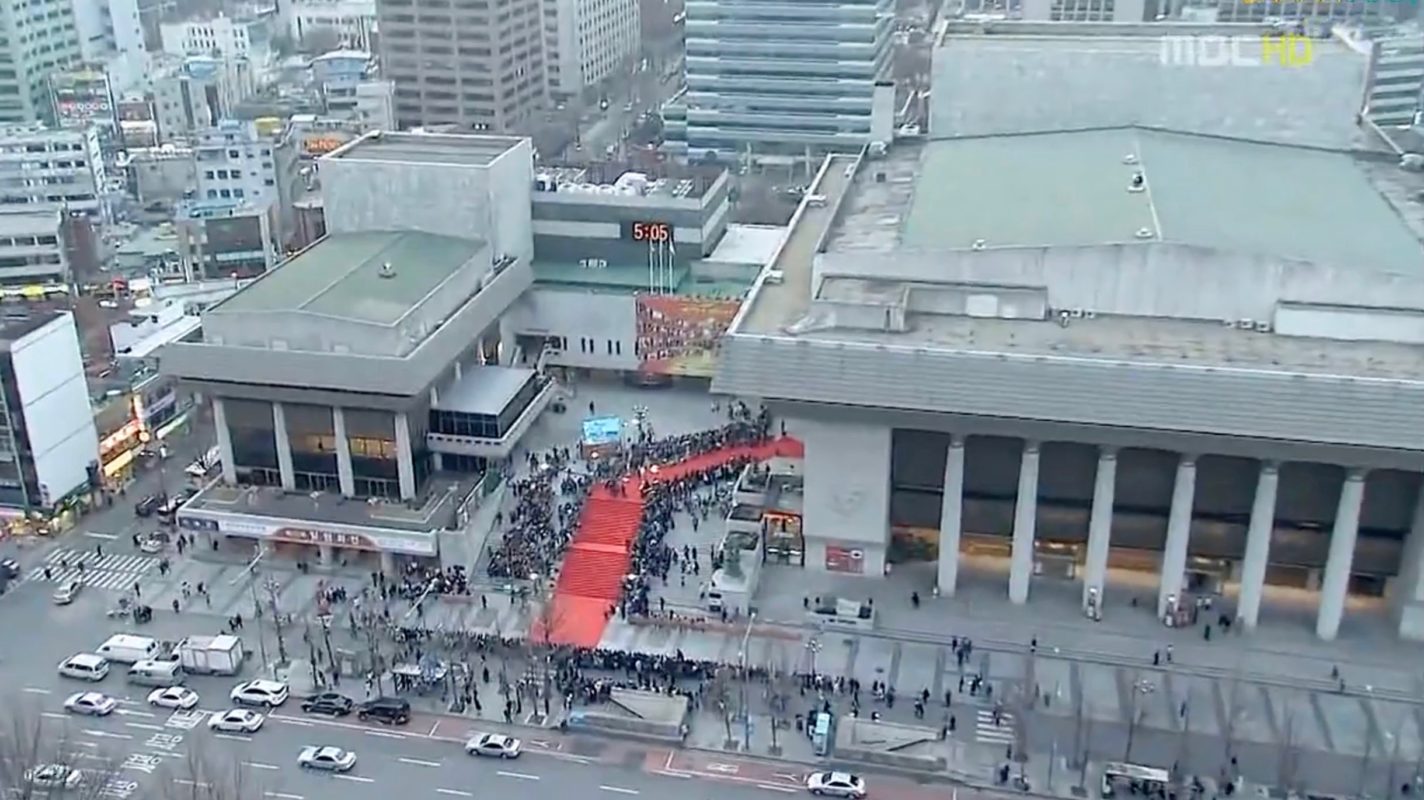 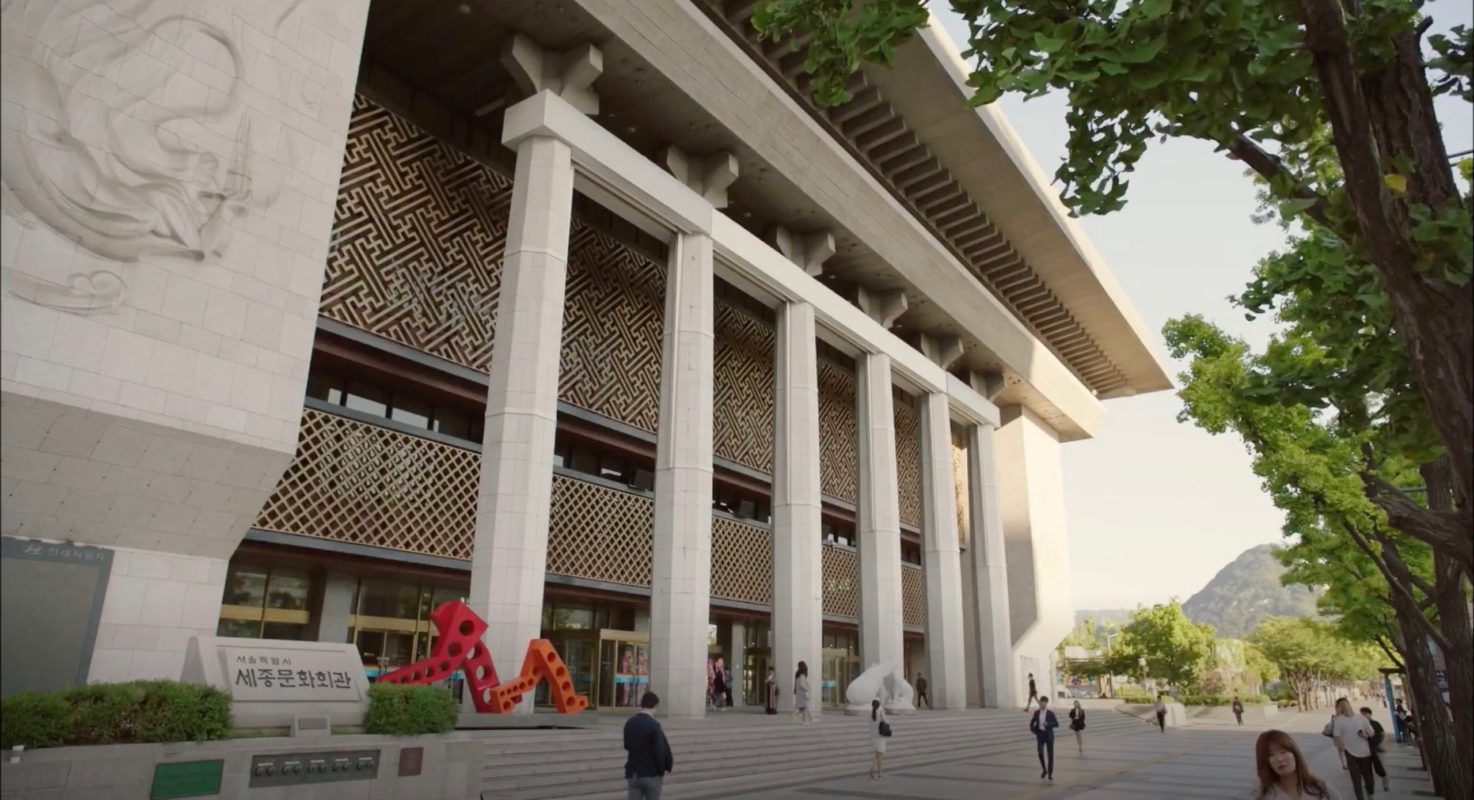 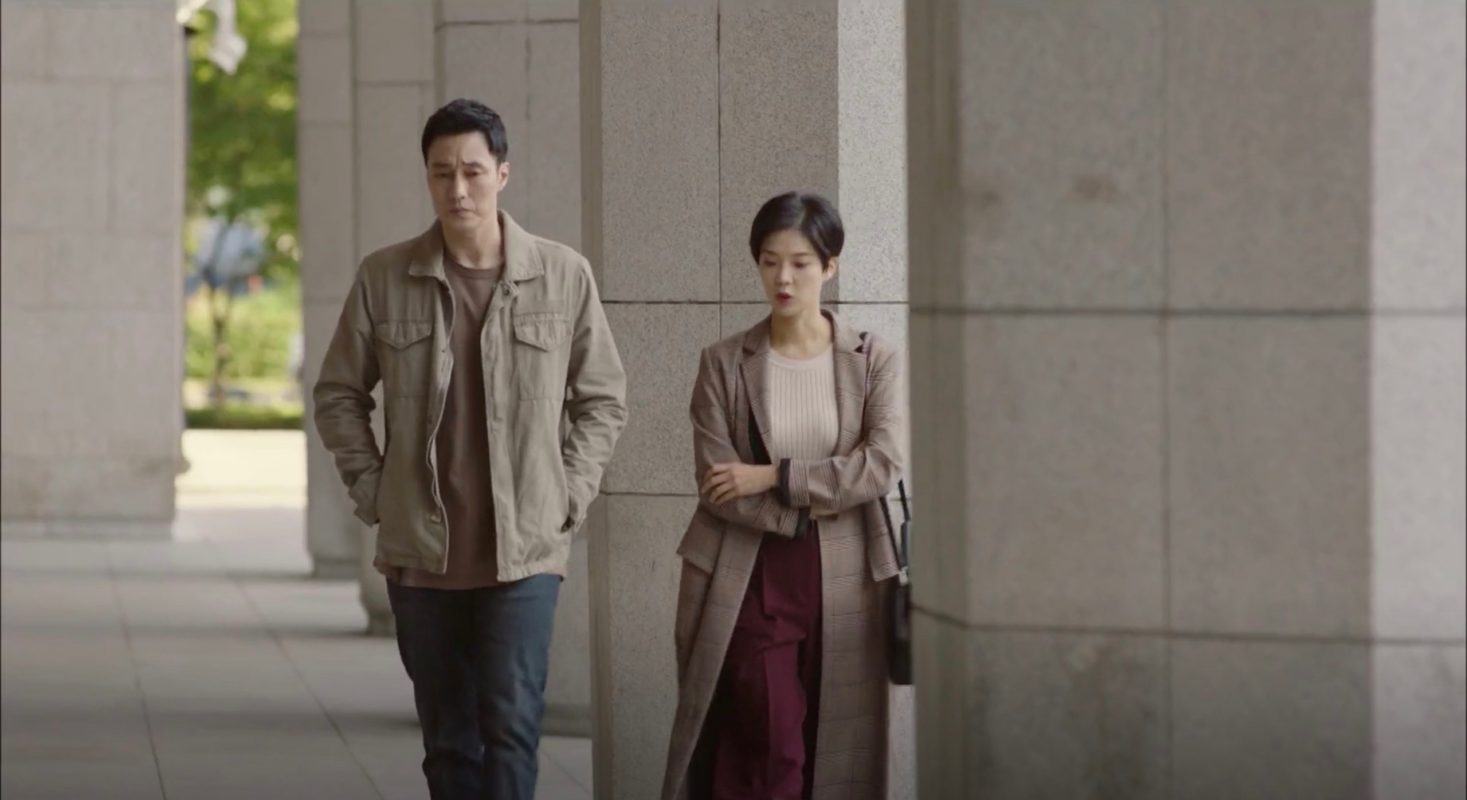 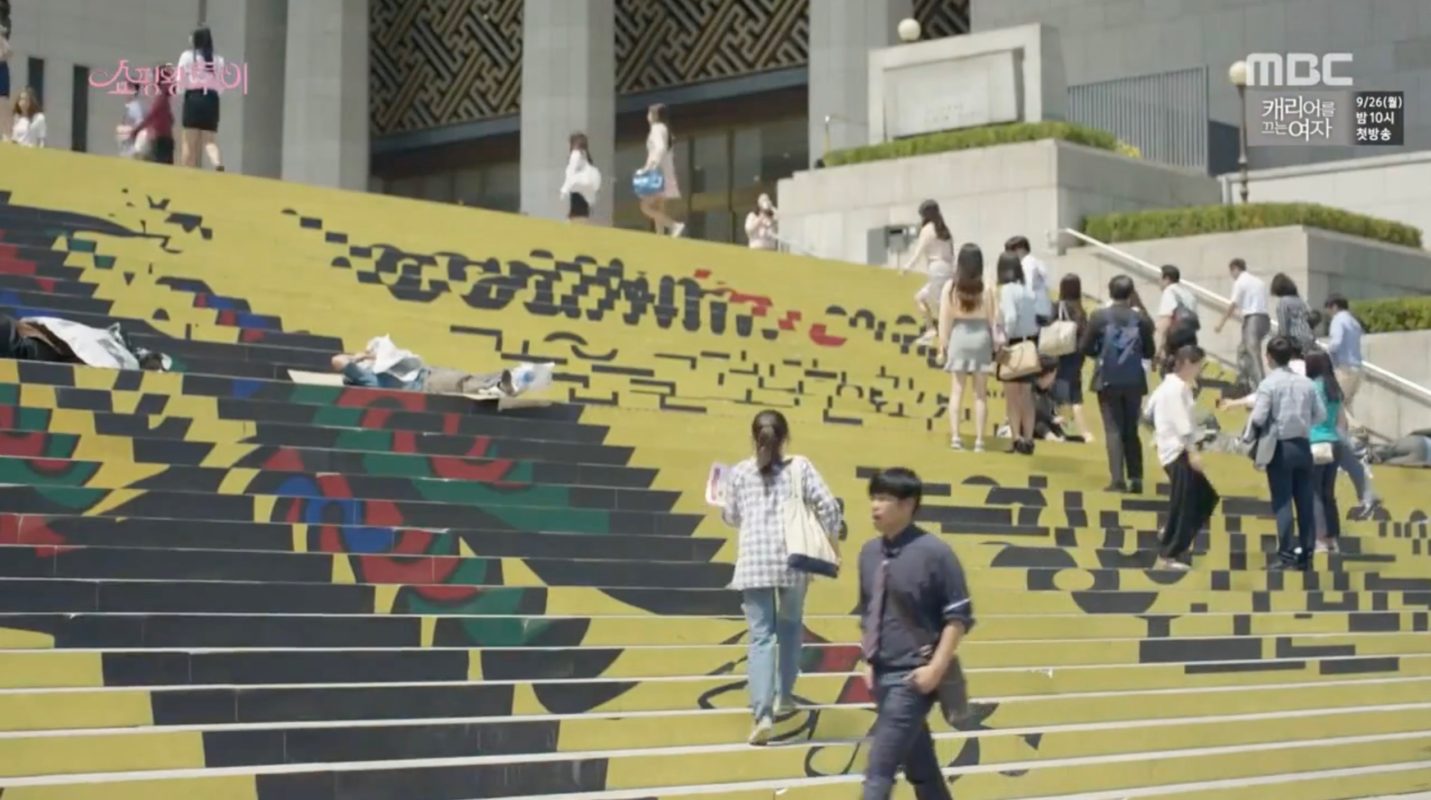 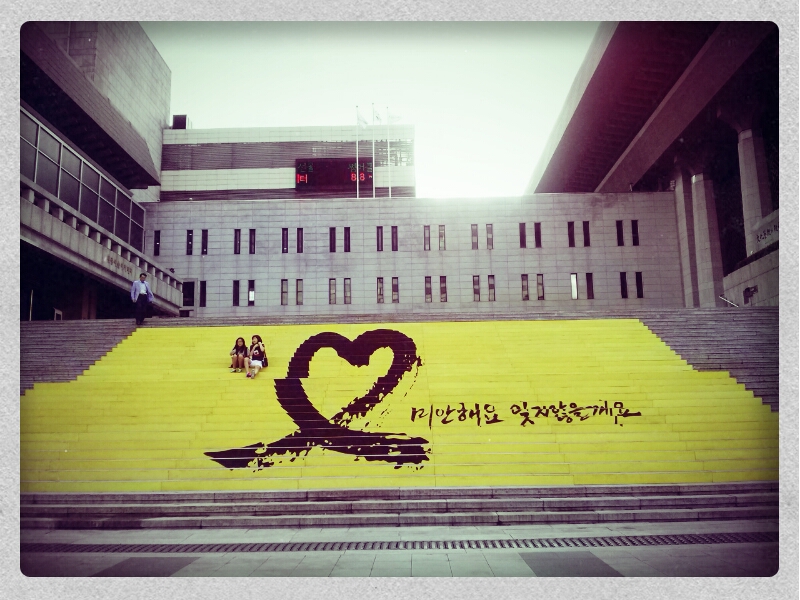 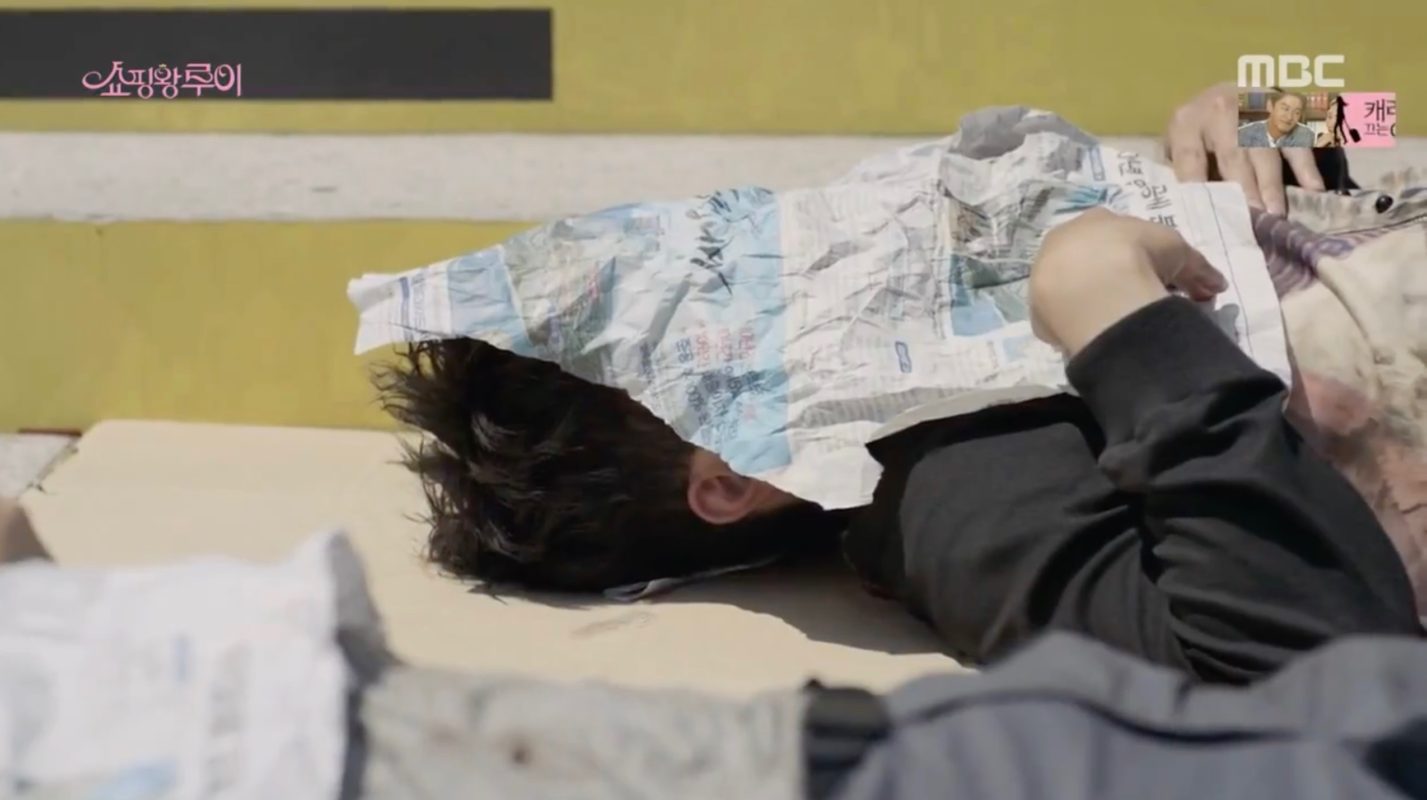 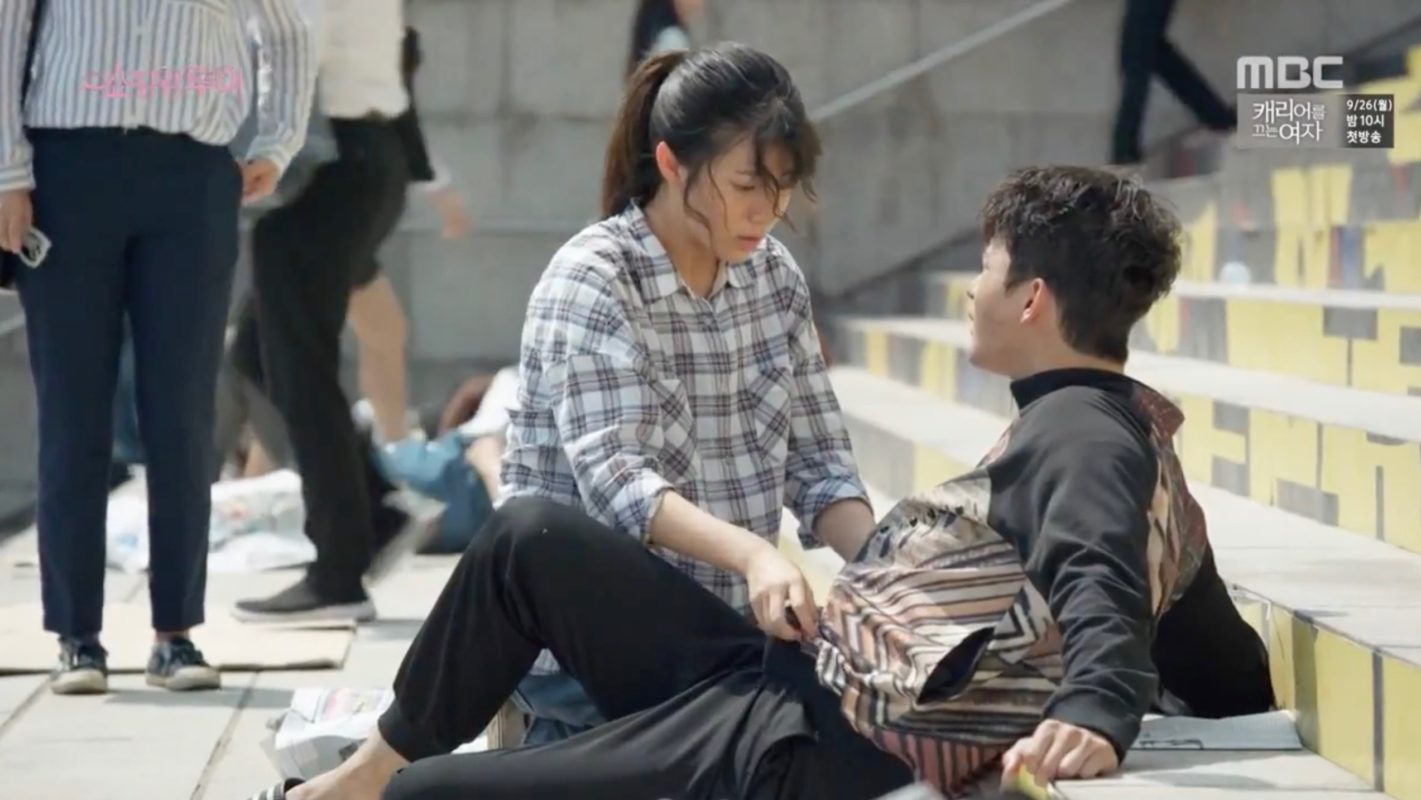 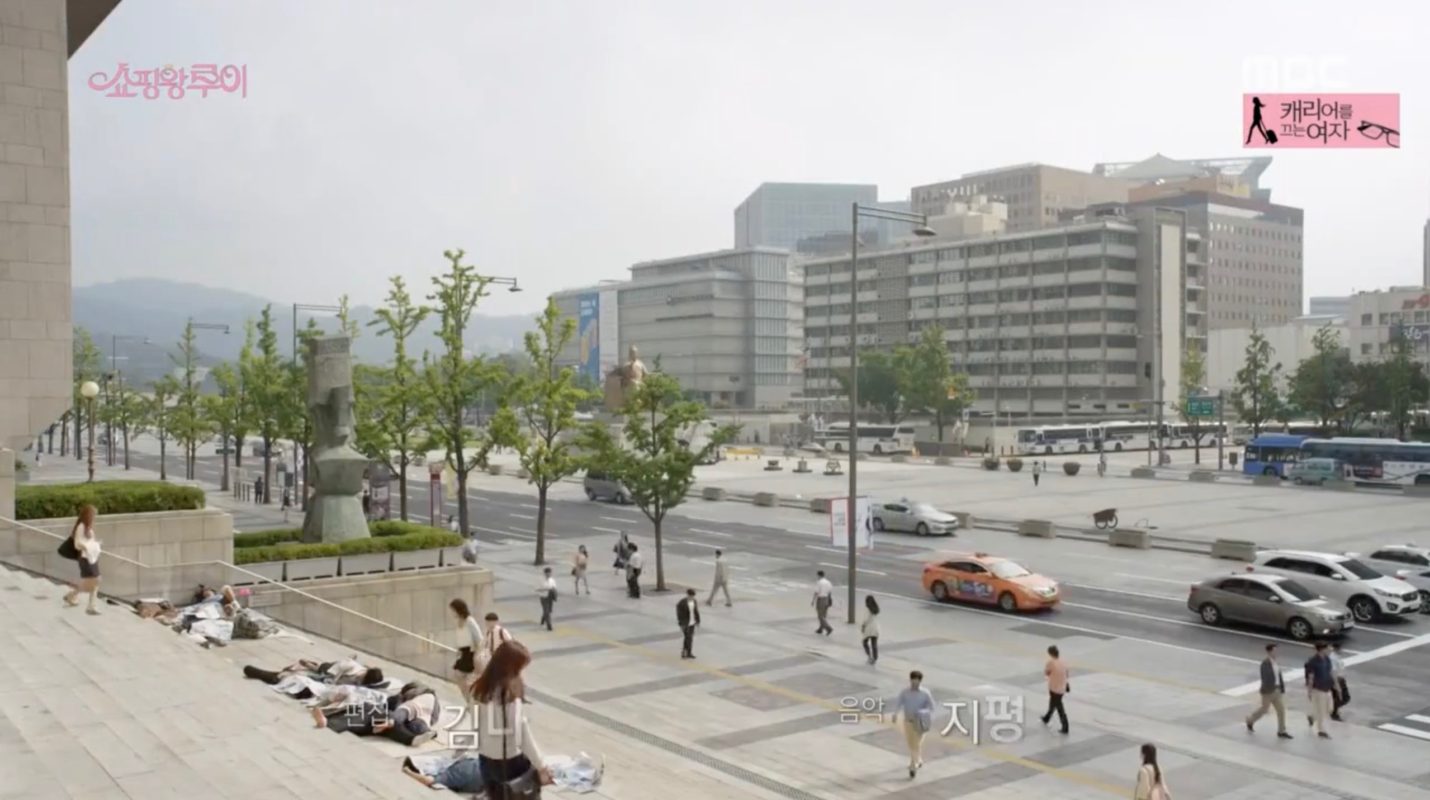 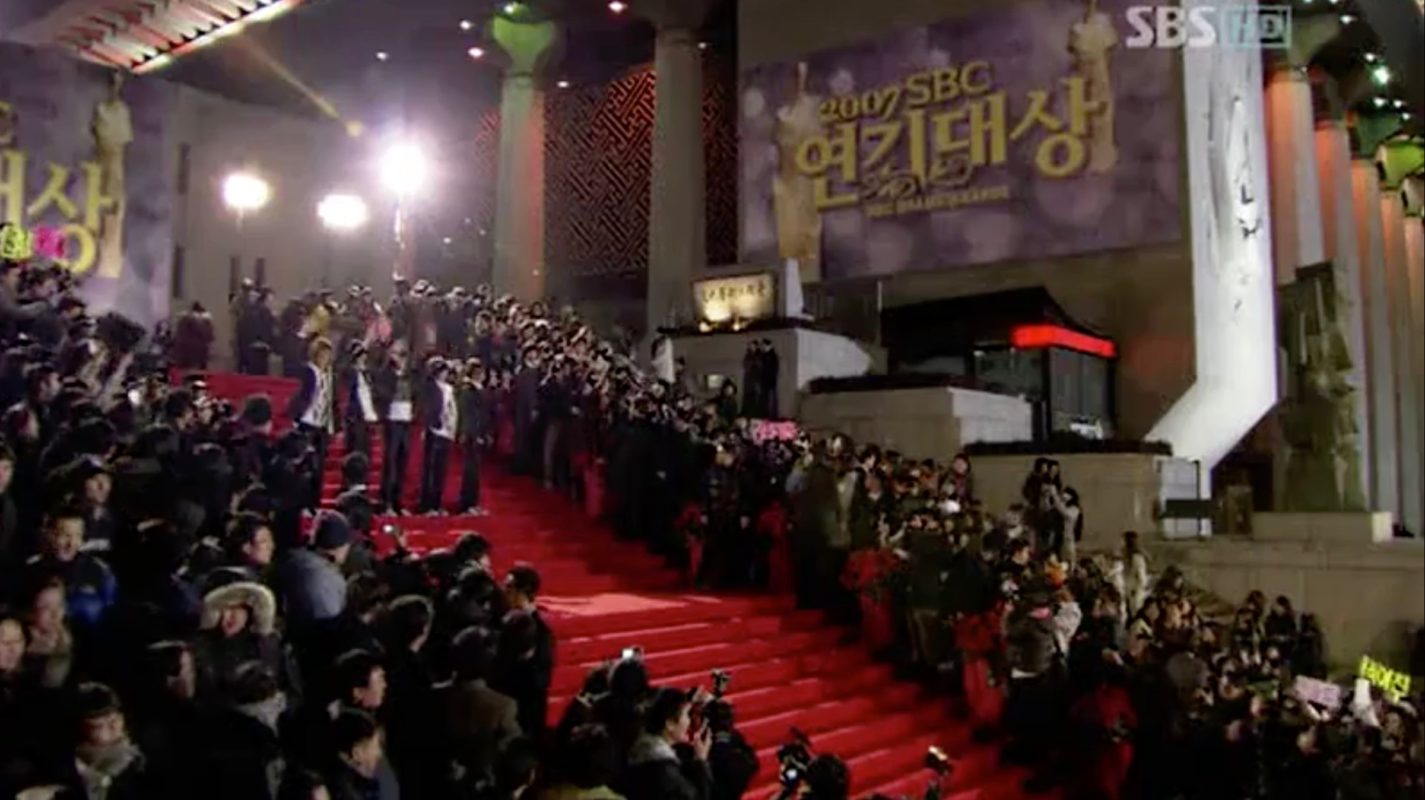 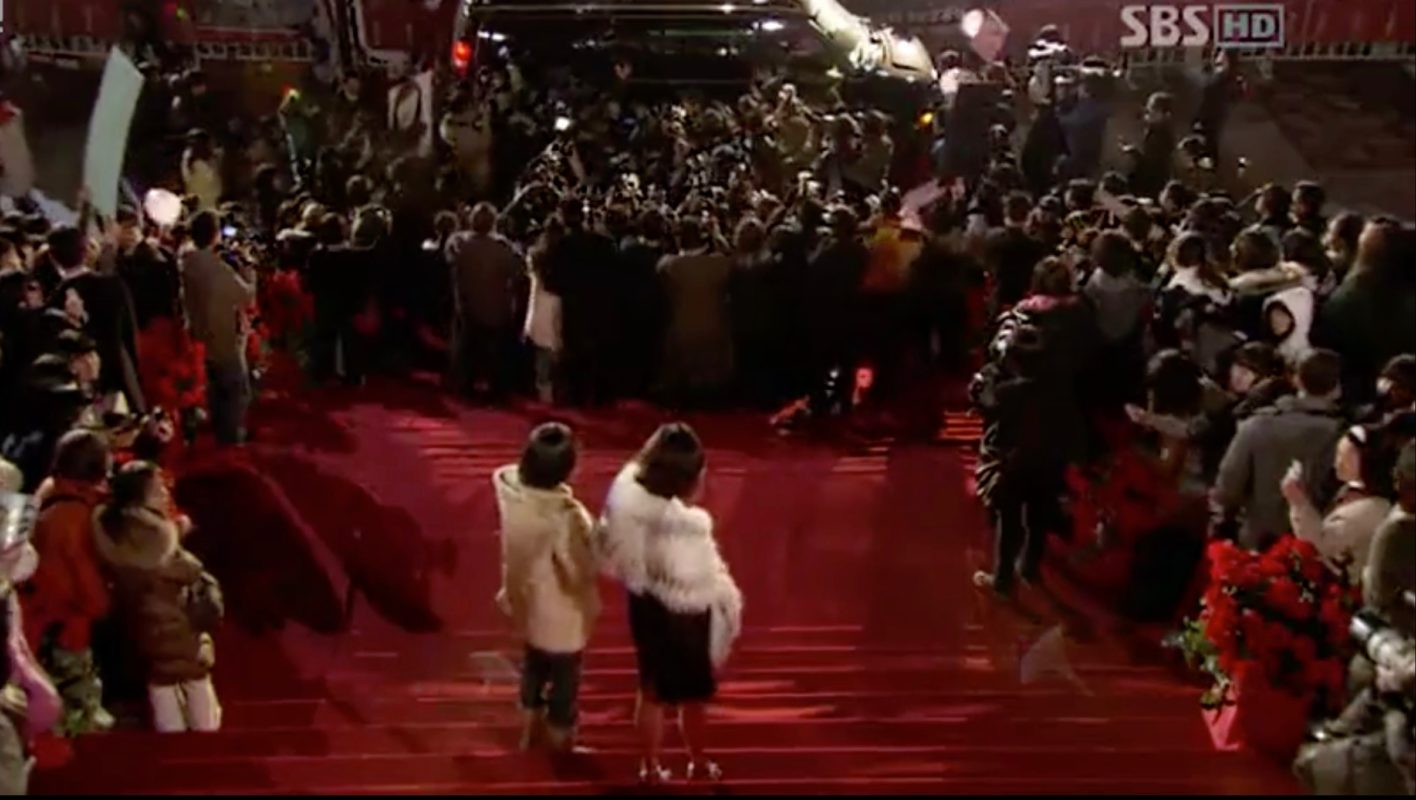 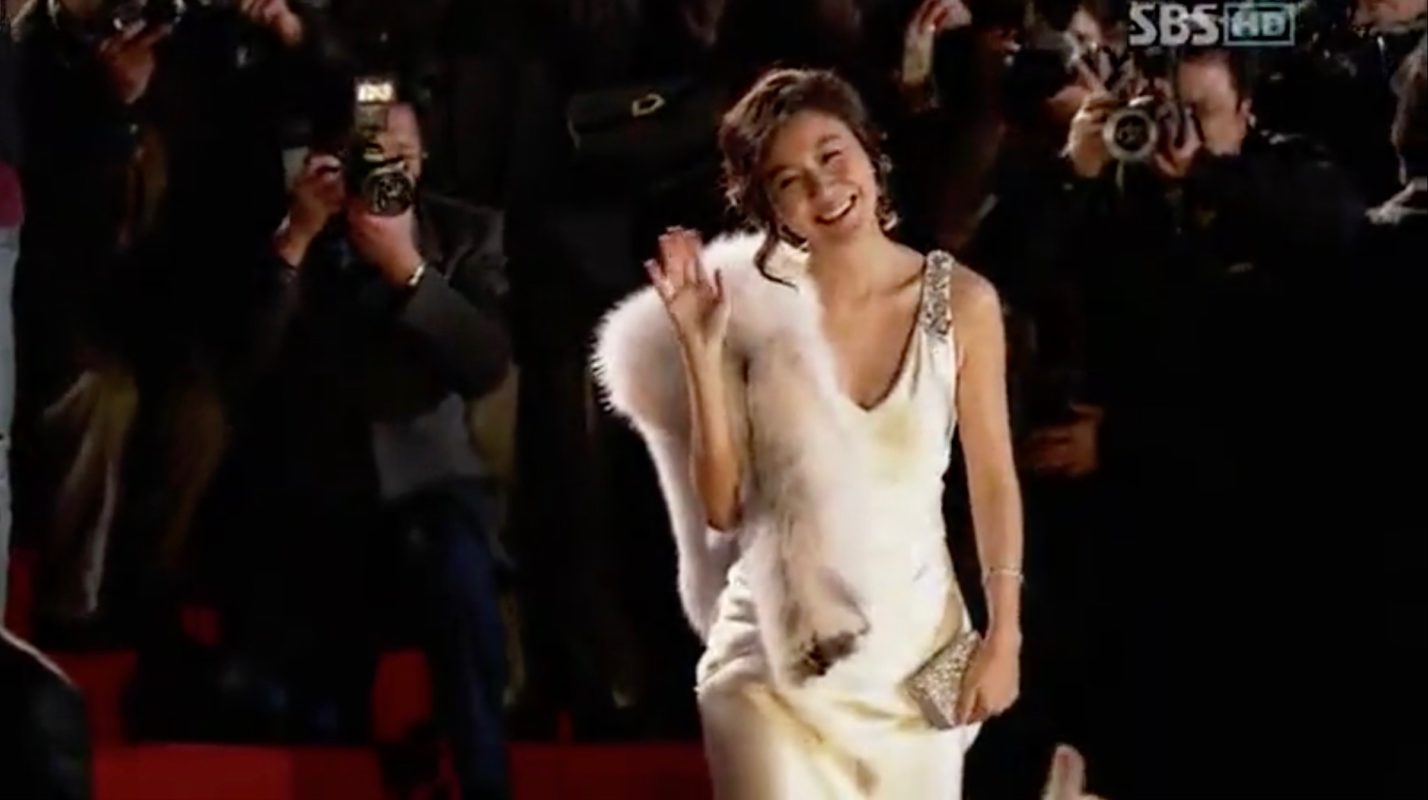 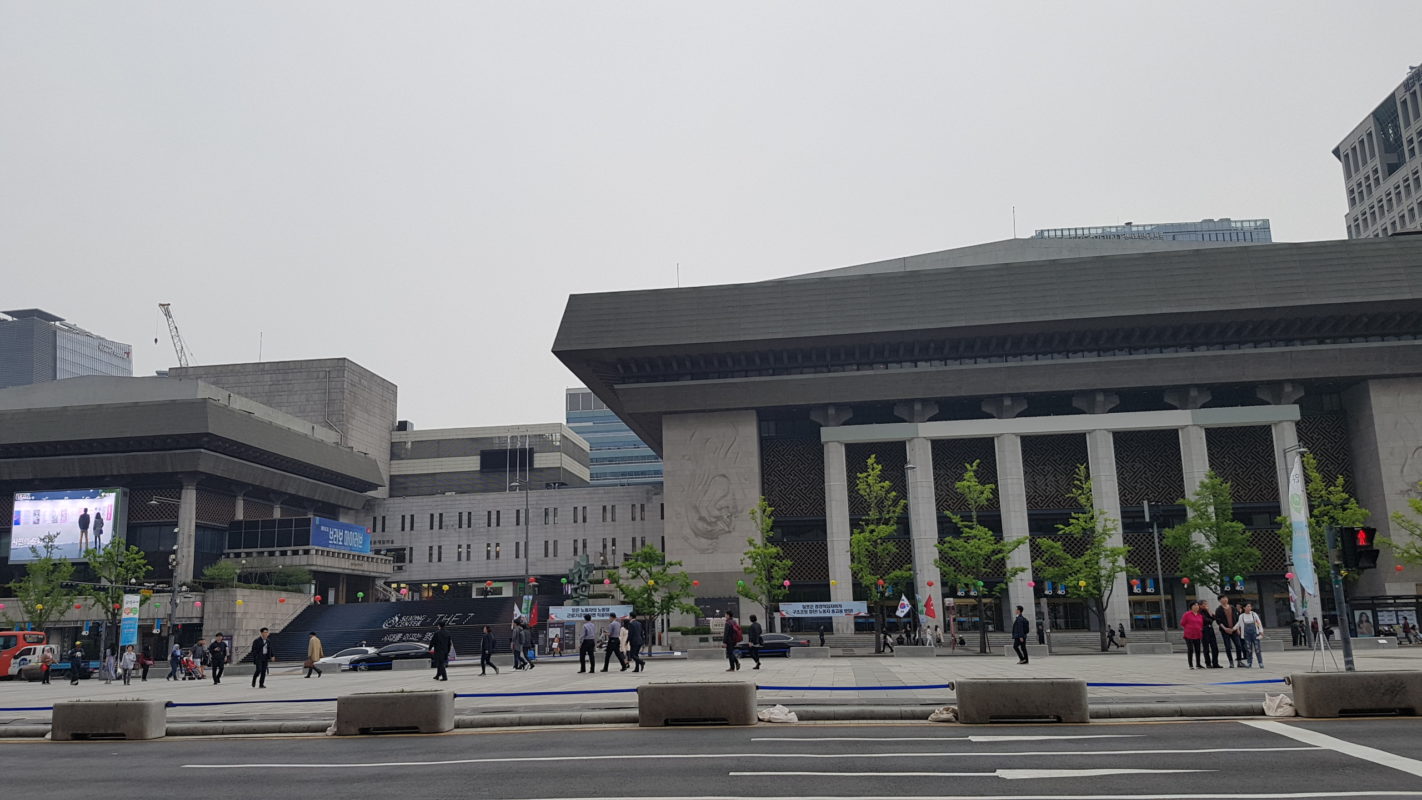 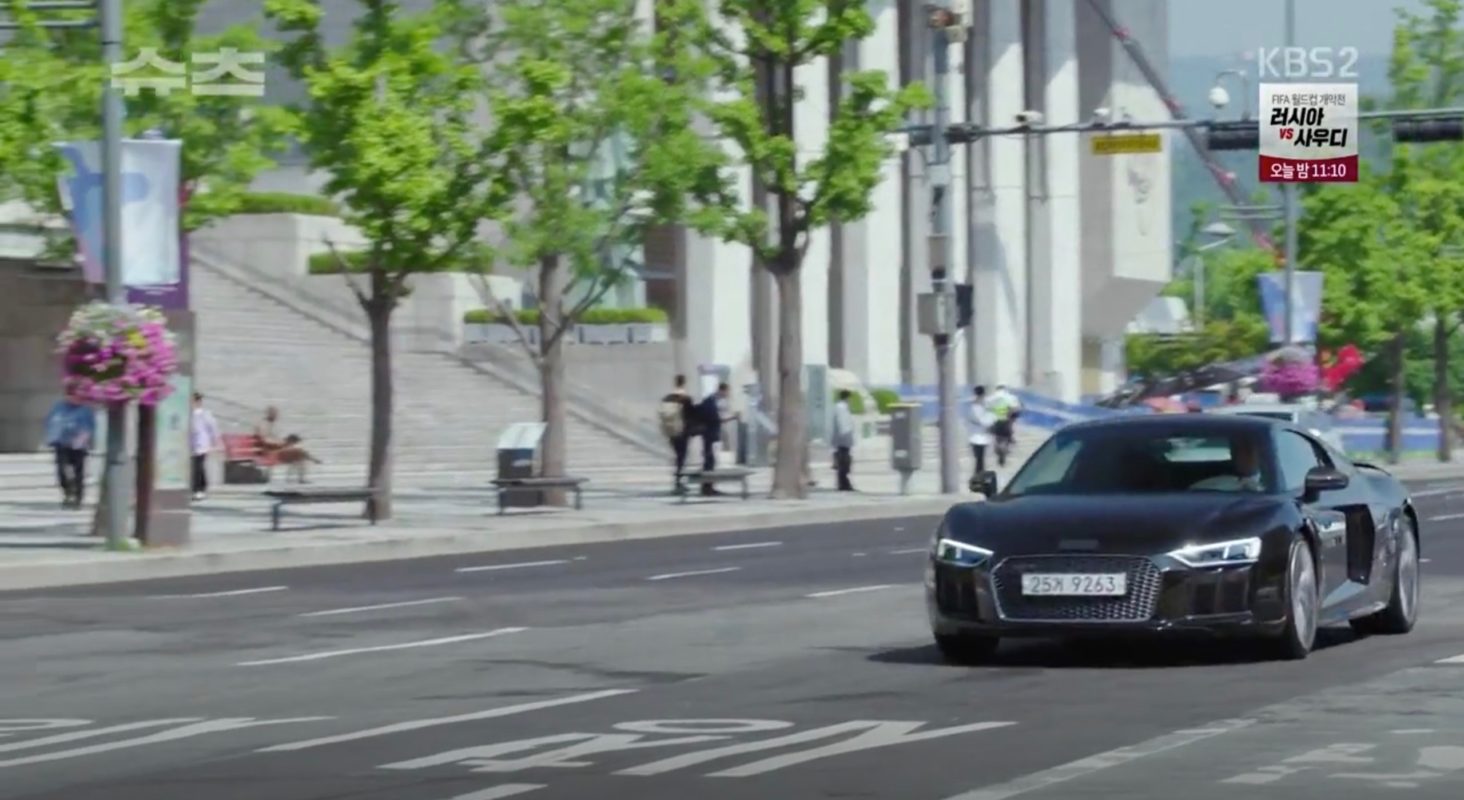 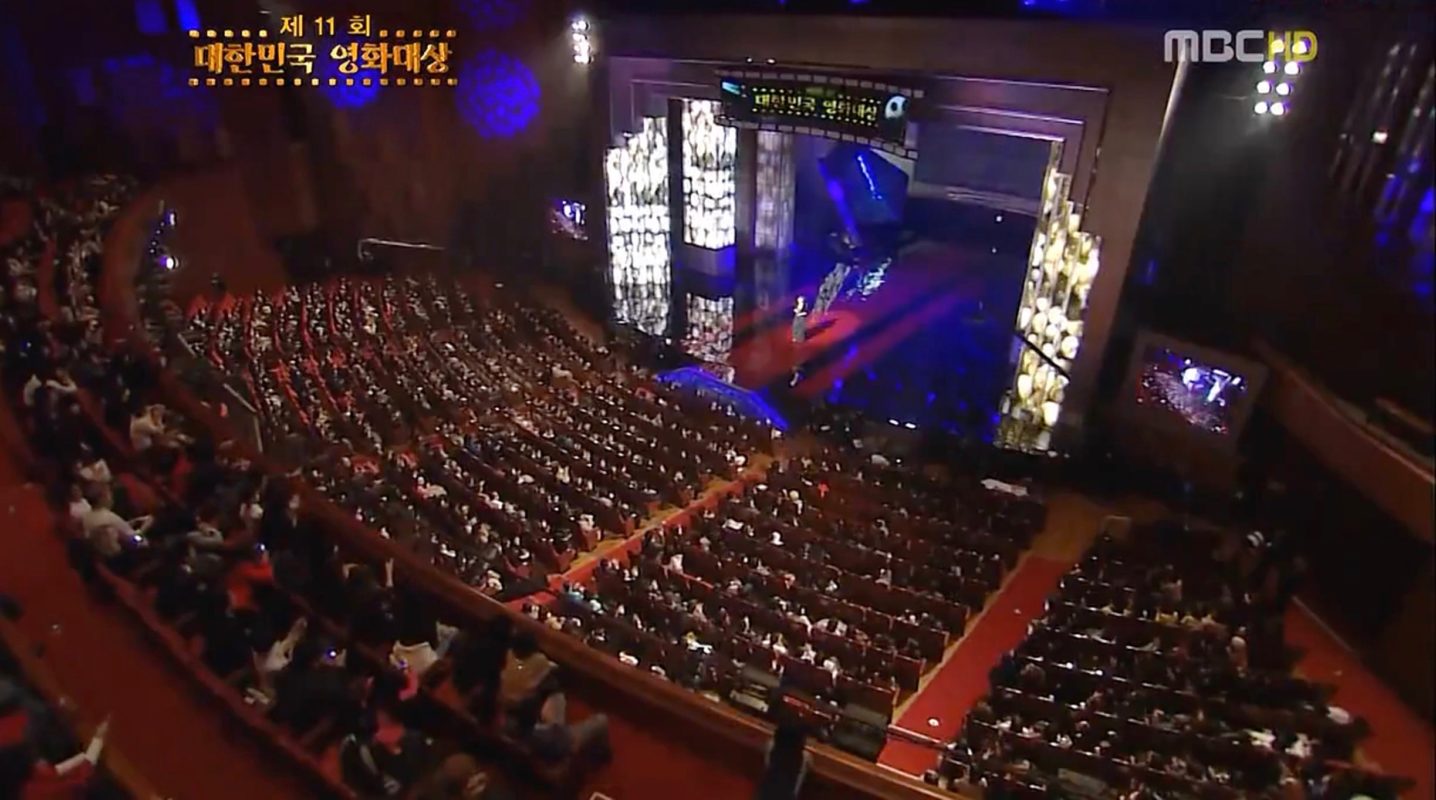 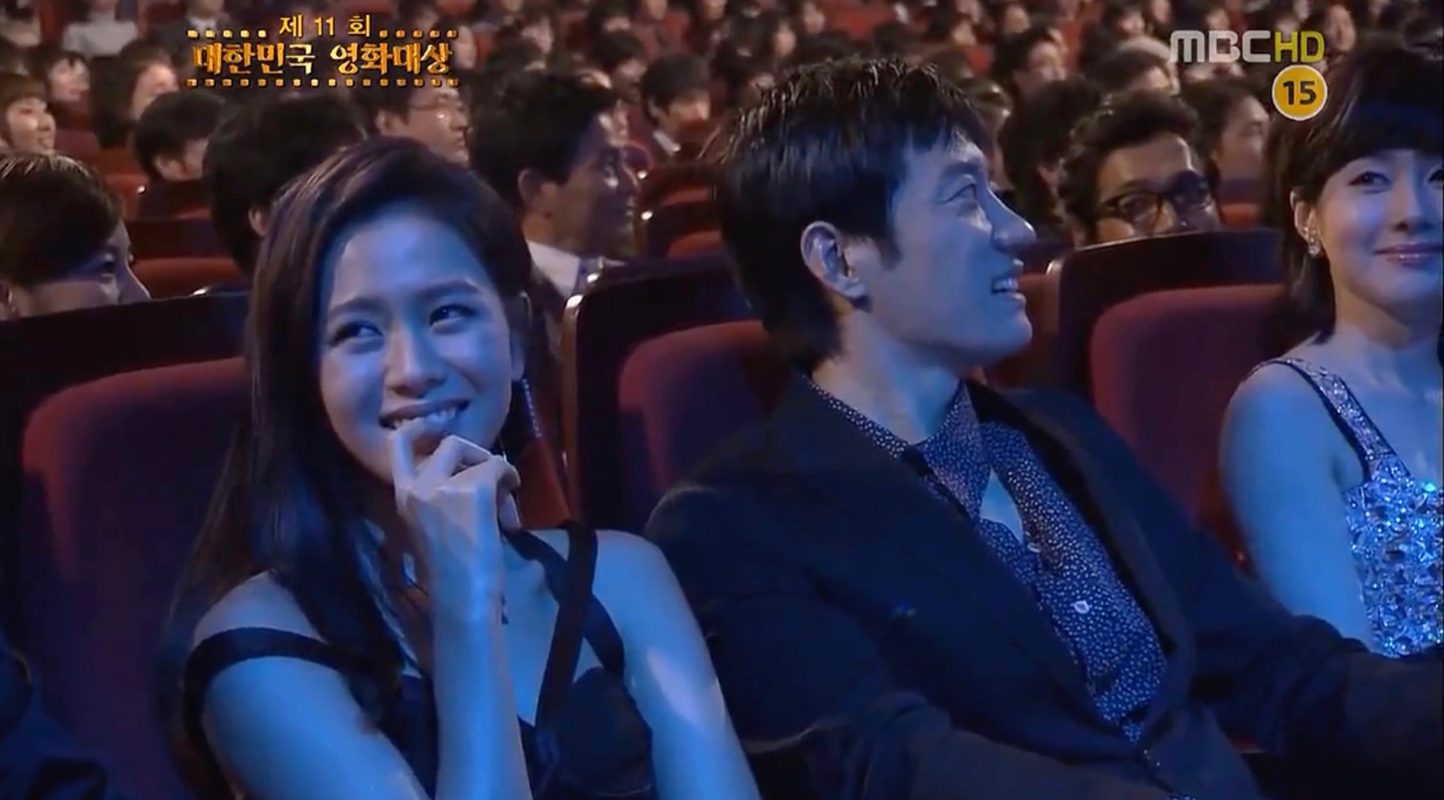 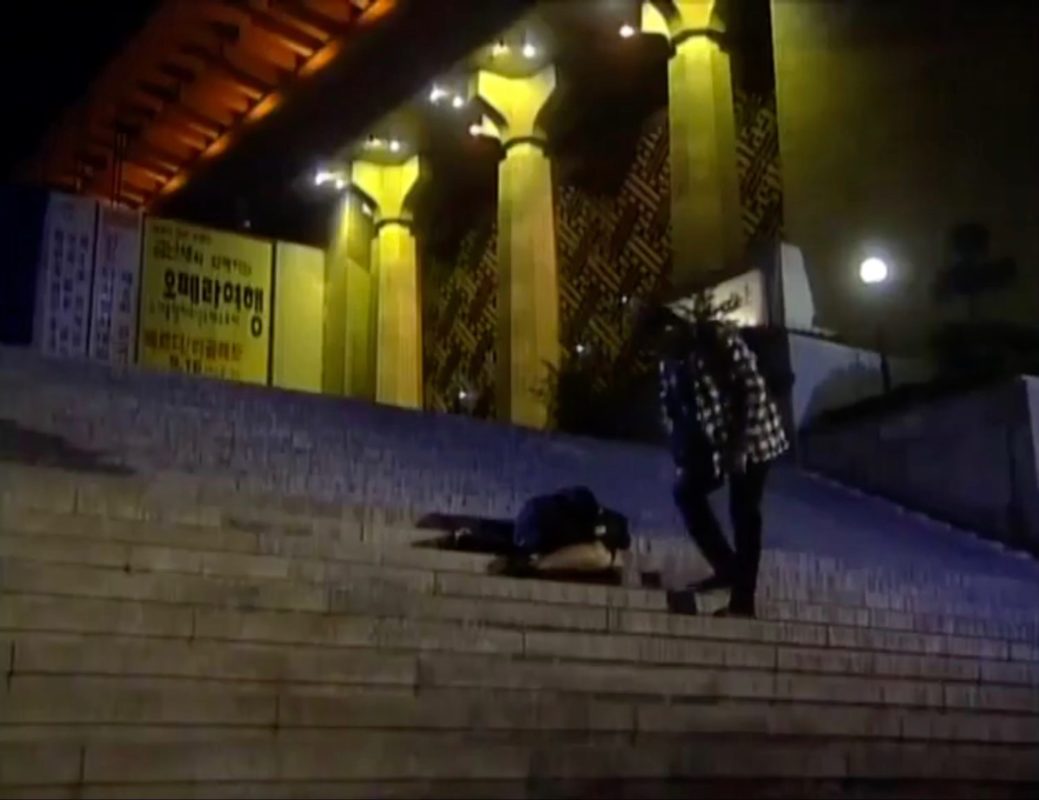 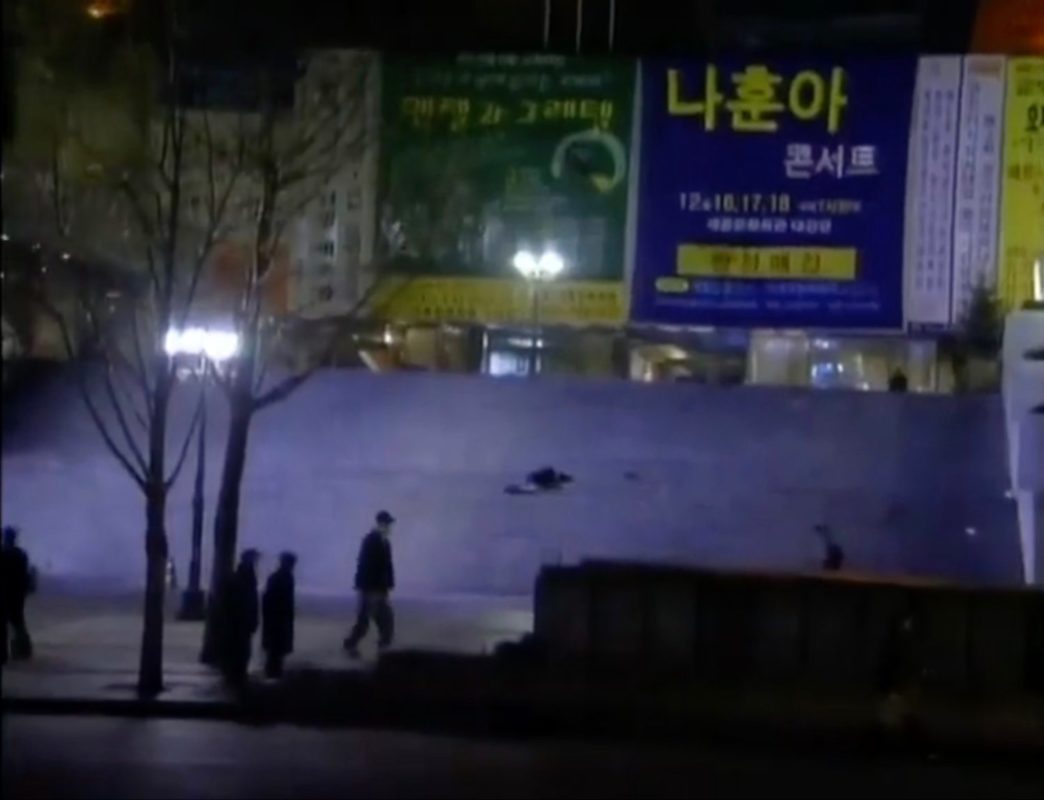 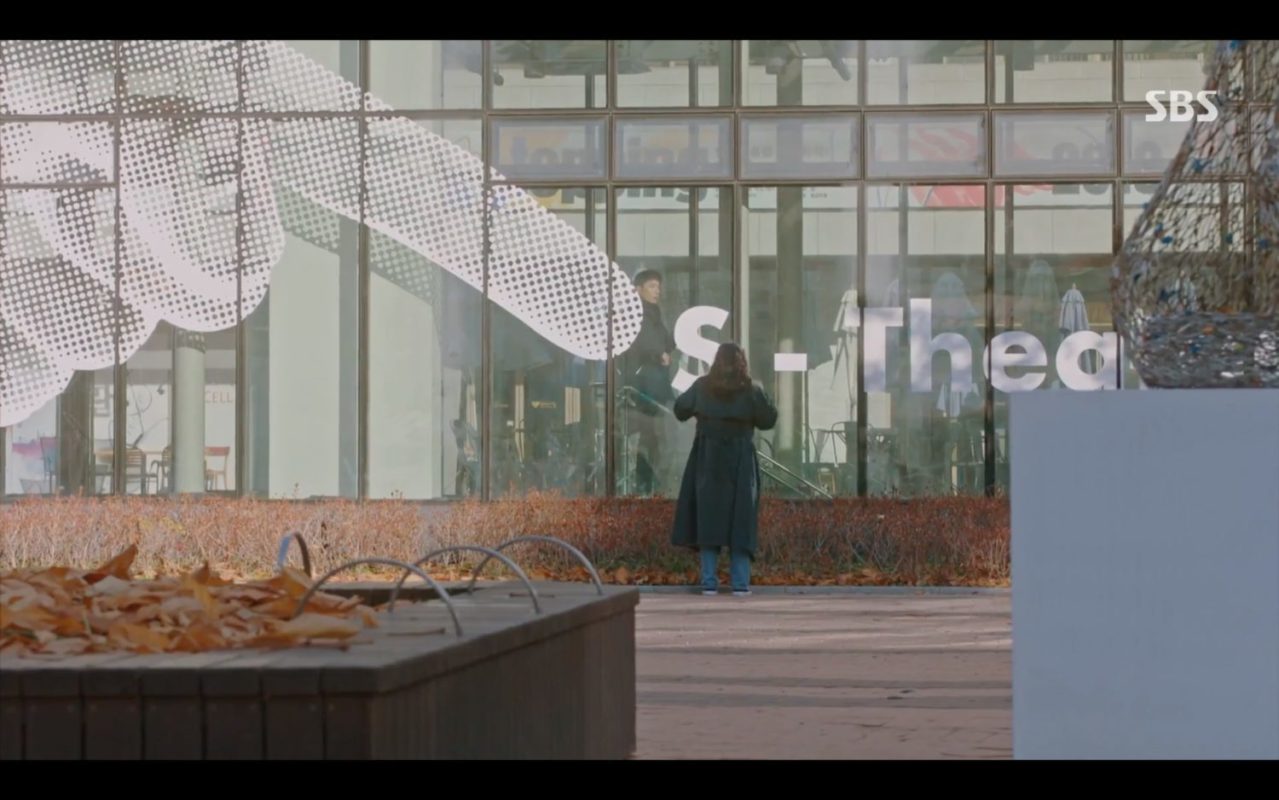 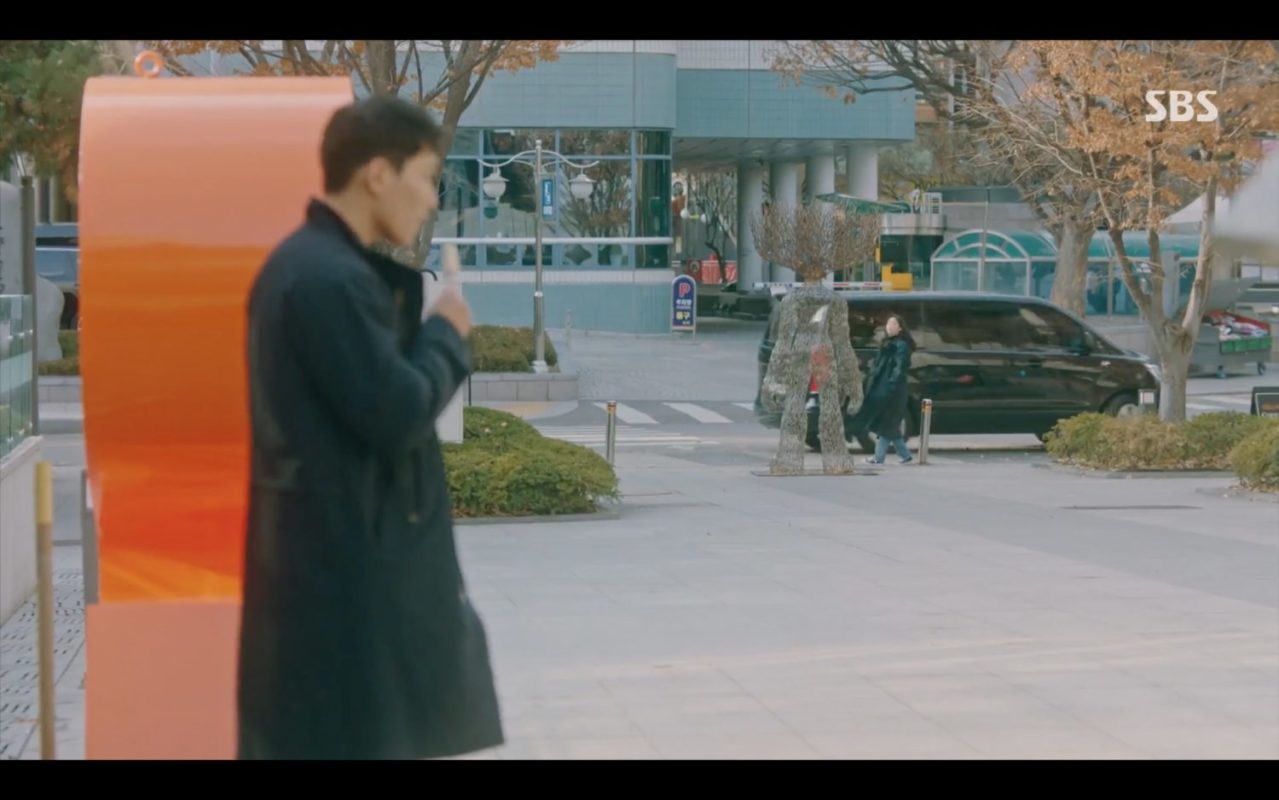 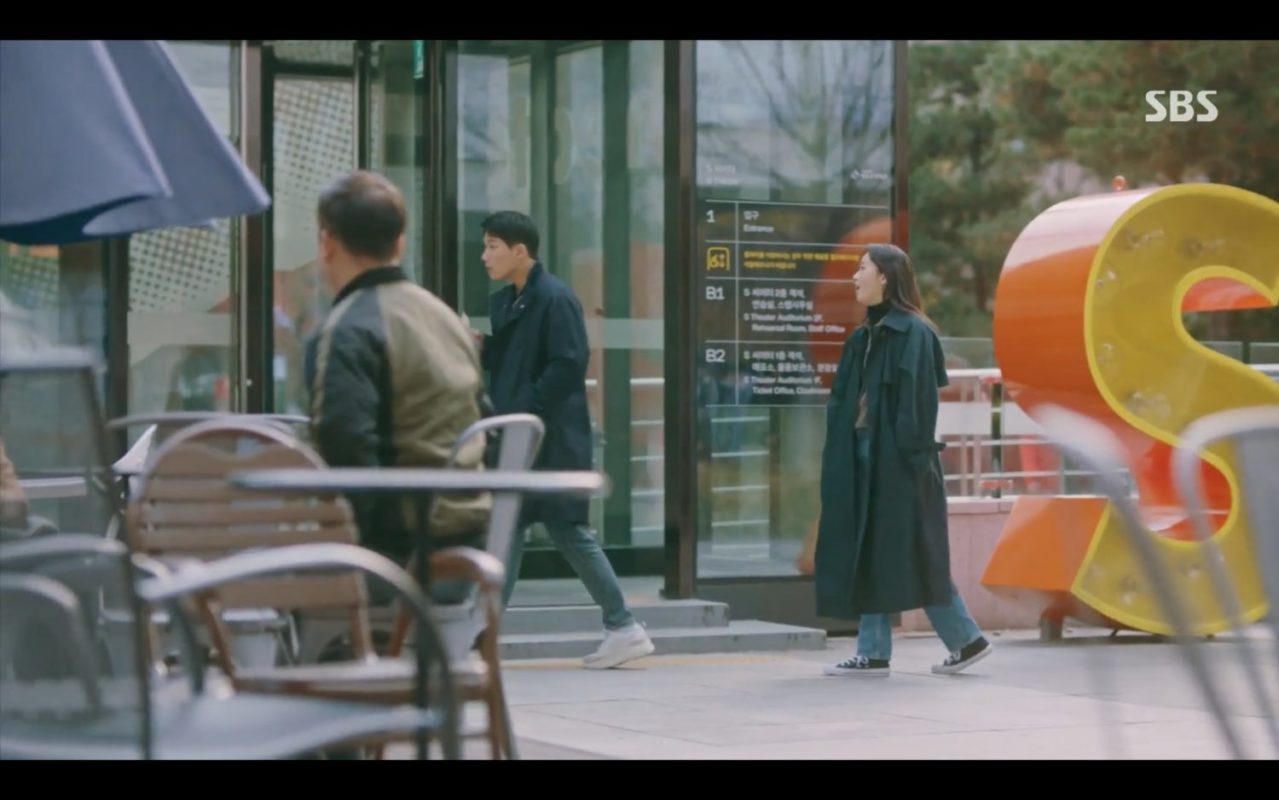 Kim Bon (So Ji-sub) and his former NIS colleague Yoo Ji-yeon (Im Se-mi) meet up in front of this building in episode 7 of Terrius Behind Me/My Secret Terrius (내 뒤에 테리우스) (MBC, 2018).

Choi Kang-seok (Jang Dong-gun) passes by this building when fetching Go Yun-woo (Park Hyung-sik) from prison upon his release in episode 16 of Suits (슈츠) (KBS2, 2018).

Lee Ji-an (Lee Ji-eun, also known as the singer IU) stands on the sidewalk outside this building in episode 3 of My Mister/My Ajusshi (나의 아저씨) (tvN, 2018). She stares into space for a time, after Park Dong-hoon (Lee Sun-kyun) rejects her text message request to buy her dinner.

Louis (Seo In-guk) sleeps on the stairs that lead to the Sejong Center in episode 2 of Shopping King Louis/Shopping King Louie (쇼핑왕 루이) (MBC, 2016) after he lost his memory; it’s also the place where Ko Bok-sil (Nam Ji-hyun) finds him.

The awards show at which Dok Ko-jin (Cha Seung-won) is nominated for his film ‘Figther’ in episode 10 of The Greatest Love/Best Love (최고의 사랑) (MBC, 2011) is introduced with footage from the real life ‘Korea Film Awards’ that took place at this venue.

The stairs that lead to this center are pivotal in Yoo Min-woo’s (Song Seung-Heon) and Shim Hye-won’s (Son Ye-jin) love-line in Summer Scent (여름향기) (KBS2, 2003). This is, for instance, where both reunite in final episode 16.

When Hyun Woo (Jang Dong-gun) sees drunk and passed out Won Young (Kim Hyun-joo) laying on the stairs of this center in episode 1 of Springtime/Day of Youth/Youth (MBC, 1999) when passing by here. He goes up to tell her that she should wake up and go back home. As she insists on staying and tells him to leave her alone; he continues his way back home. But when turning in his tracks, he sees how Won Young is harassed by two men and saves in telling them that he is her boyfriend.

In the republic, Jeong Tae-Eul (Kim Go-Eun) and her colleguae Kang Shin-Jae (Kim Kyung-Nam) help to track down and arrest a pocket thief in front of this theater in episode 4 of The King: Eternal Monarch (더킹:영원의 군주) (SBS, 2020).

Sejong Center for the Performing Arts [세종문화회관], opened in April 1978, is the largest arts and cultural complex in Seoul, South Korea. It is situated alongside Gwanghwamun Square [광화문광장] in Seoul’s
Jongno District [Jongno-gu/종로구]. The building was designed by architect Eom Deok-mun, whose design was selected via a public bid in 1972 to “replace the old cultural center, which had burned down that year,” as Janghee Lee, author of the book Seoul’s Historic Walks in Sketches (p. 119) puts it. Eom integrated ‘traditional’ elements such as columns, patterns and rafters into the u-shape form of this building, which houses the Grand Theater and the M Theater.