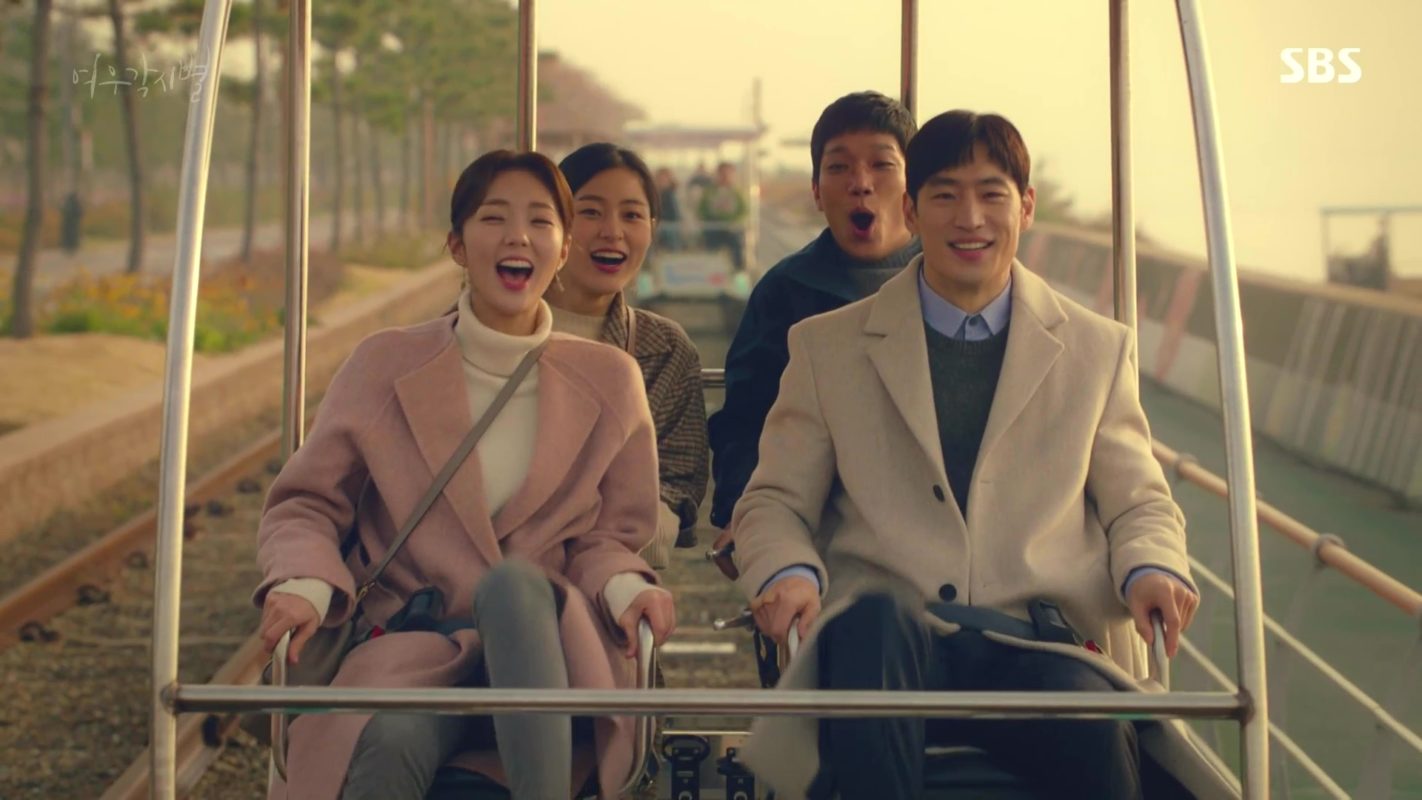 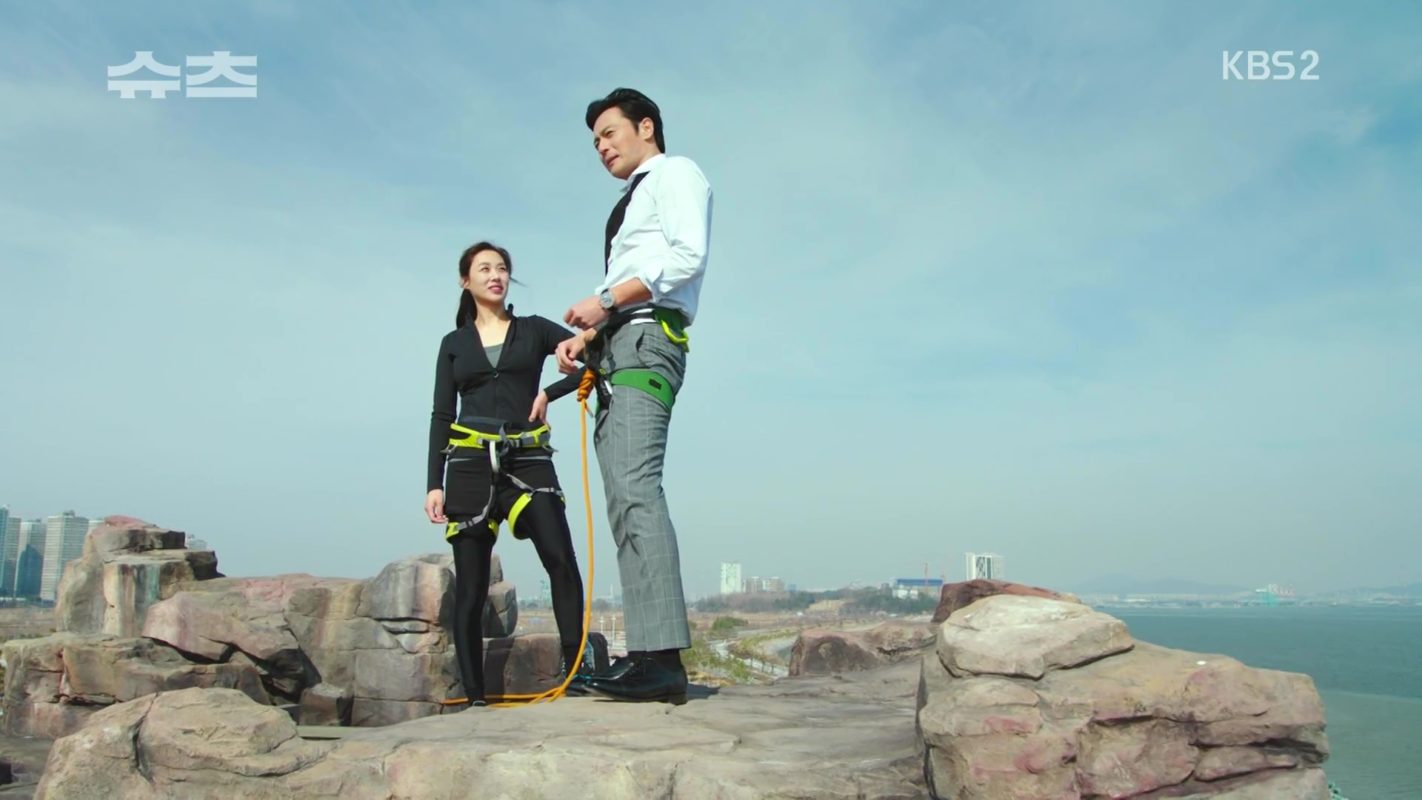 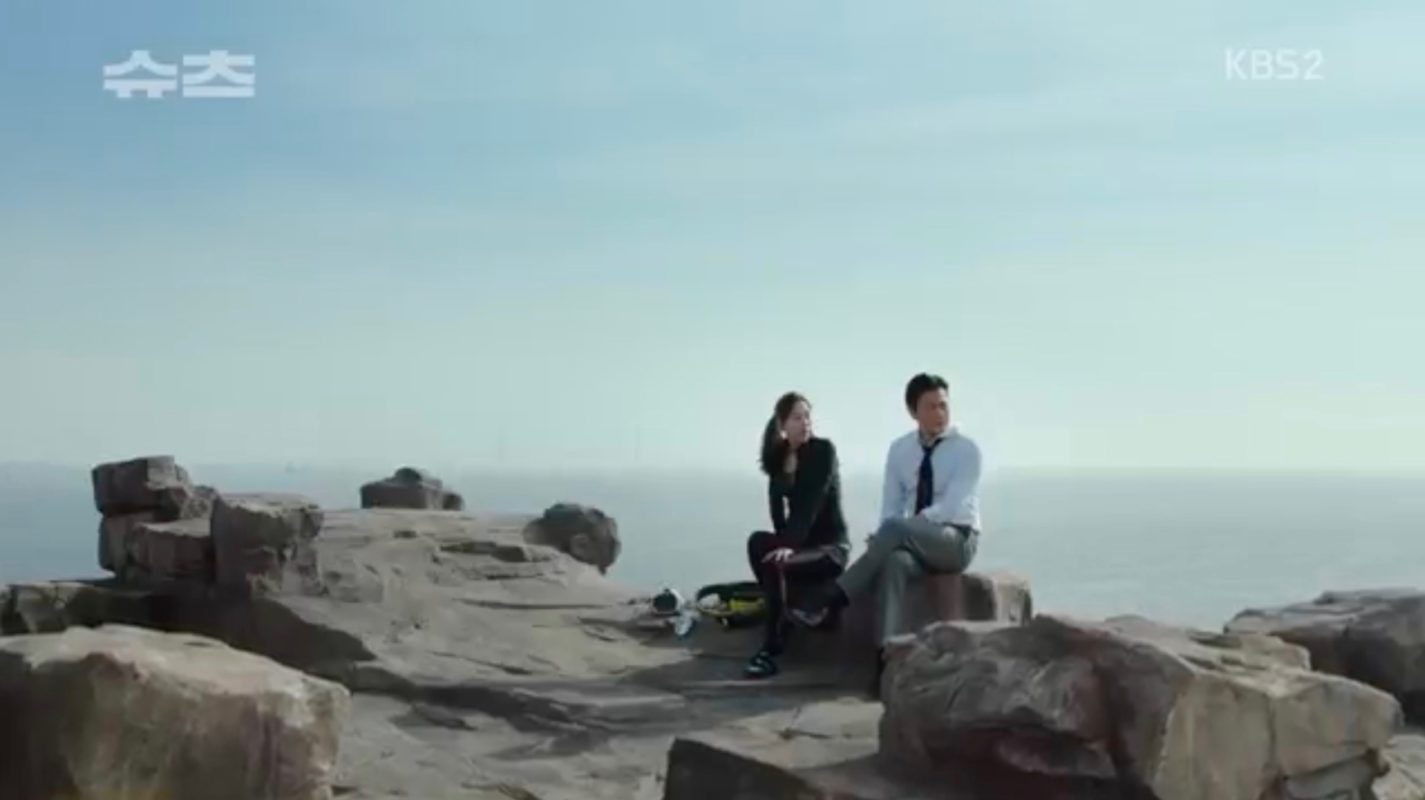 In episodes 14 and 15 of Run On (런온) (JTBC/Netflix, 2020-21), Mi-joo (Shin Se-kyun) runs in a 10km charity marathon for Dan-ah’s Seomyung Company along a seaside road at this park — close to the former Kraken Park [크라켄 공원]. After being given a pair of runners by boyfriend Seon-gyeom (Im Si-wan), along with tips on running efficiently, she had practised most days and felt rather positive at the start. Unfortunately, by the time she finishes, the staff and all other participants had gone home, except for Seon-gyeom who waits for her as she finally crosses the line. Meanwhile, Dan-ah (Choi Soo-young) collapses during the marathon and is taken to the first aid tent by a concerned Yeong-hwa (Kang Tae-oh).

Choi Kang-seok (Jang Dong-gun) meets up with Na Ju-hee (Jang Shin-young) —who represents the opposing party in a high-profile divorce lawsuit— at the climbing wall of the Water Park in episode 4 of Suits (Syucheu/슈츠) (KBS2, 2018). To discuss the case, he has to climb up to the top of the artificial rock she stands on.

Sea-Side Park [씨사이드파크], also known as Yeongjongdo Seaside Park, is a recreational park which opened in 2017. Located in Incheon’s neighborhood Yeongjong [Yeongjong-dong/영종동] on the island Yeongjongdo in the Jung District [Jung-gu/중구], this park invites sports enthusiasts and families alike to enjoy activities in the sea breeze, with its main attraction being the Yeongjongdo Seaside Park Rail Bike. Other facilities include a campground, tennis and badminton court, football and basketball fields, children’s playgrounds, an artificial waterfall, and a climbing wall.

Yeongjongdo —particularly this park— were selected in 2021 by the Ministry of Culture, Sports and Tourism (announced through the Korea Tourism Organization (KTO)) as one of the ‘100 Must-Visit Spots in Korea’ for 2021-2022.

Getting here
Unseo Station [운서역], AREX, Exit 1
Prepare for quite a walk or take a taxi/bus (about 30 min.) from here.