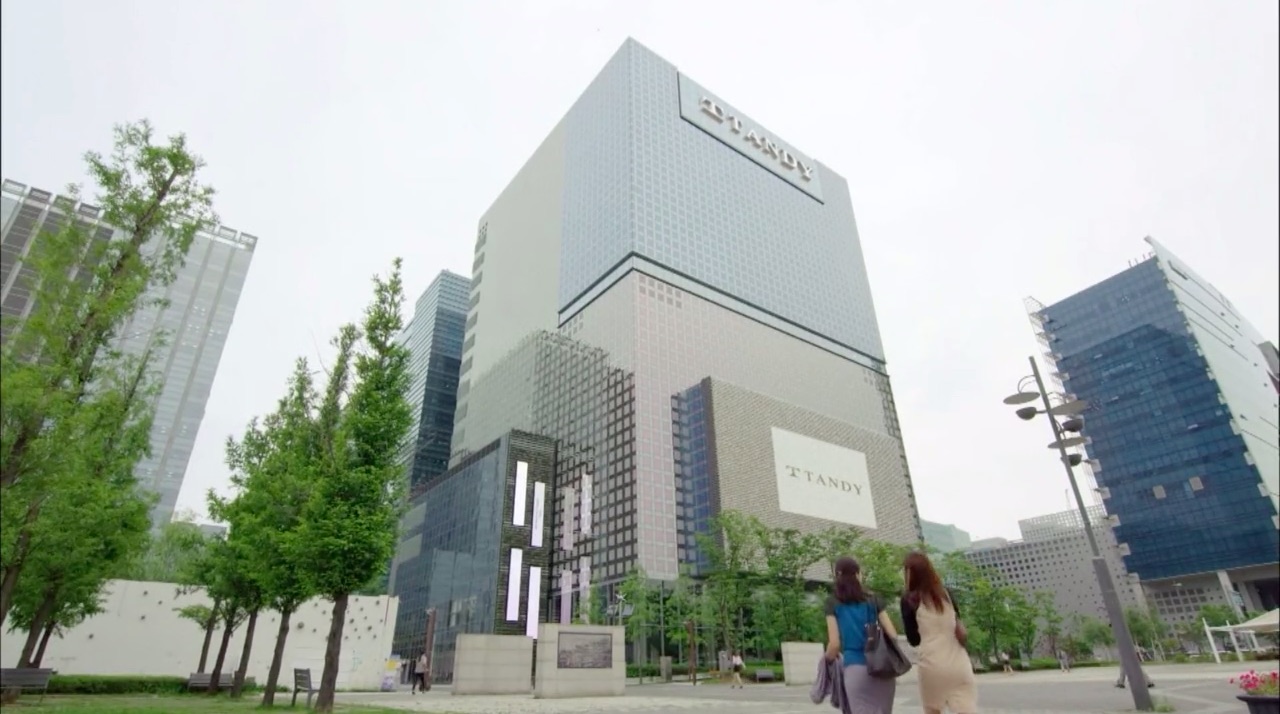 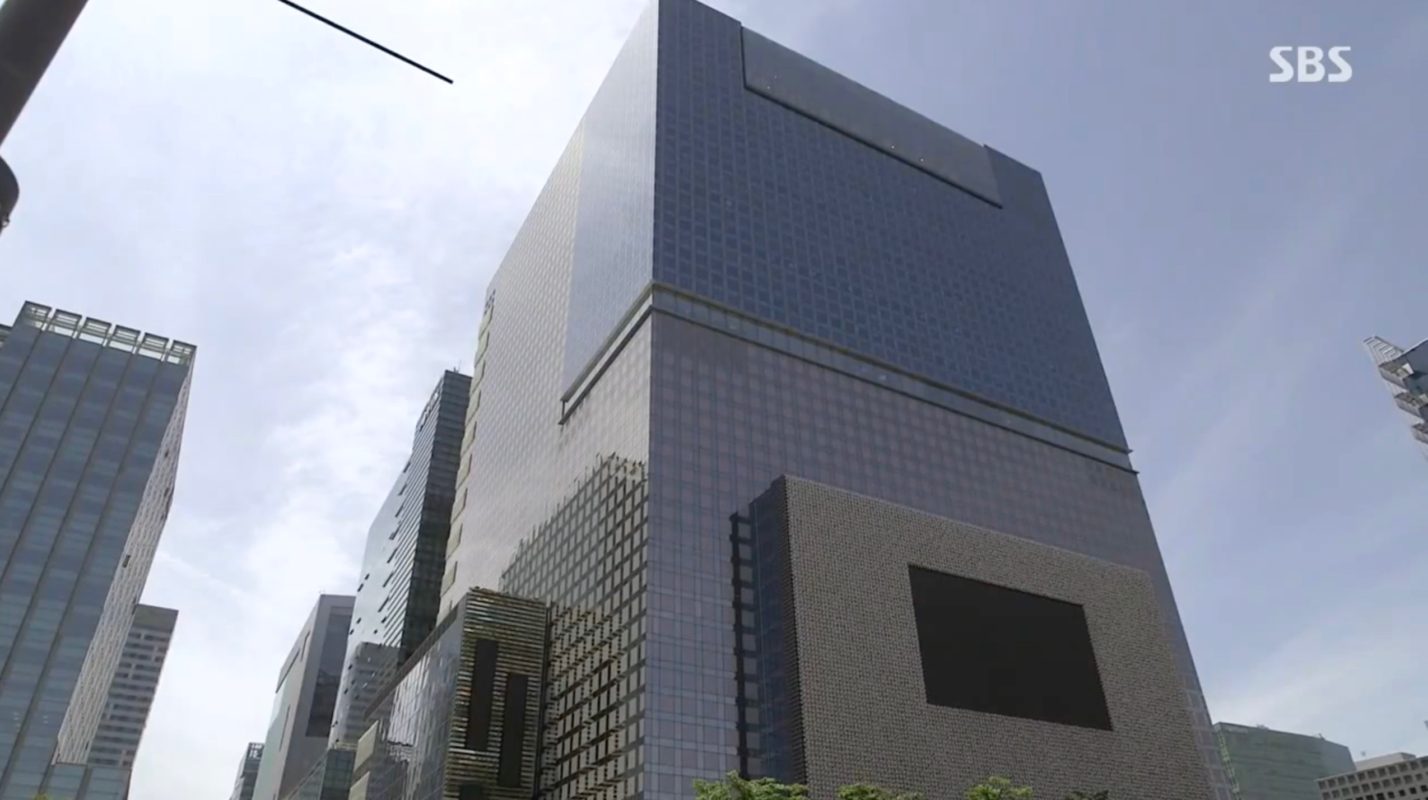 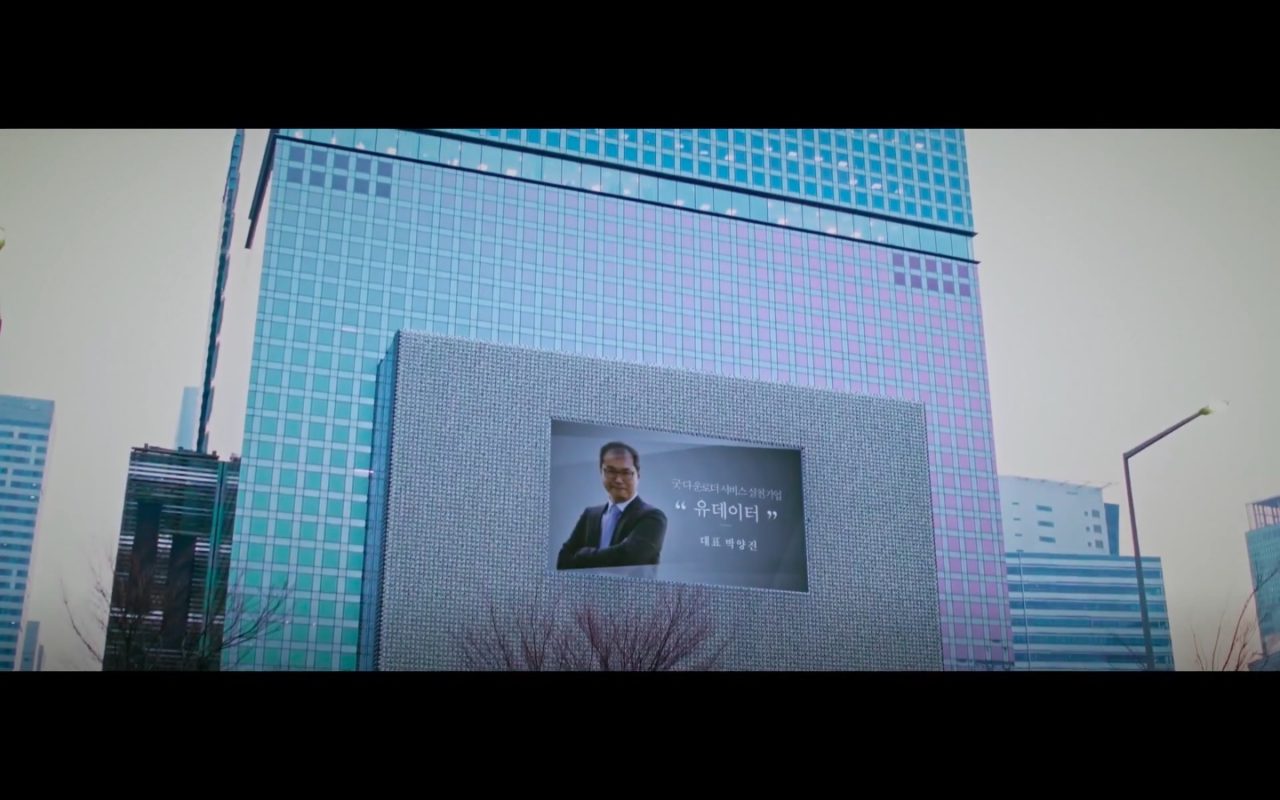 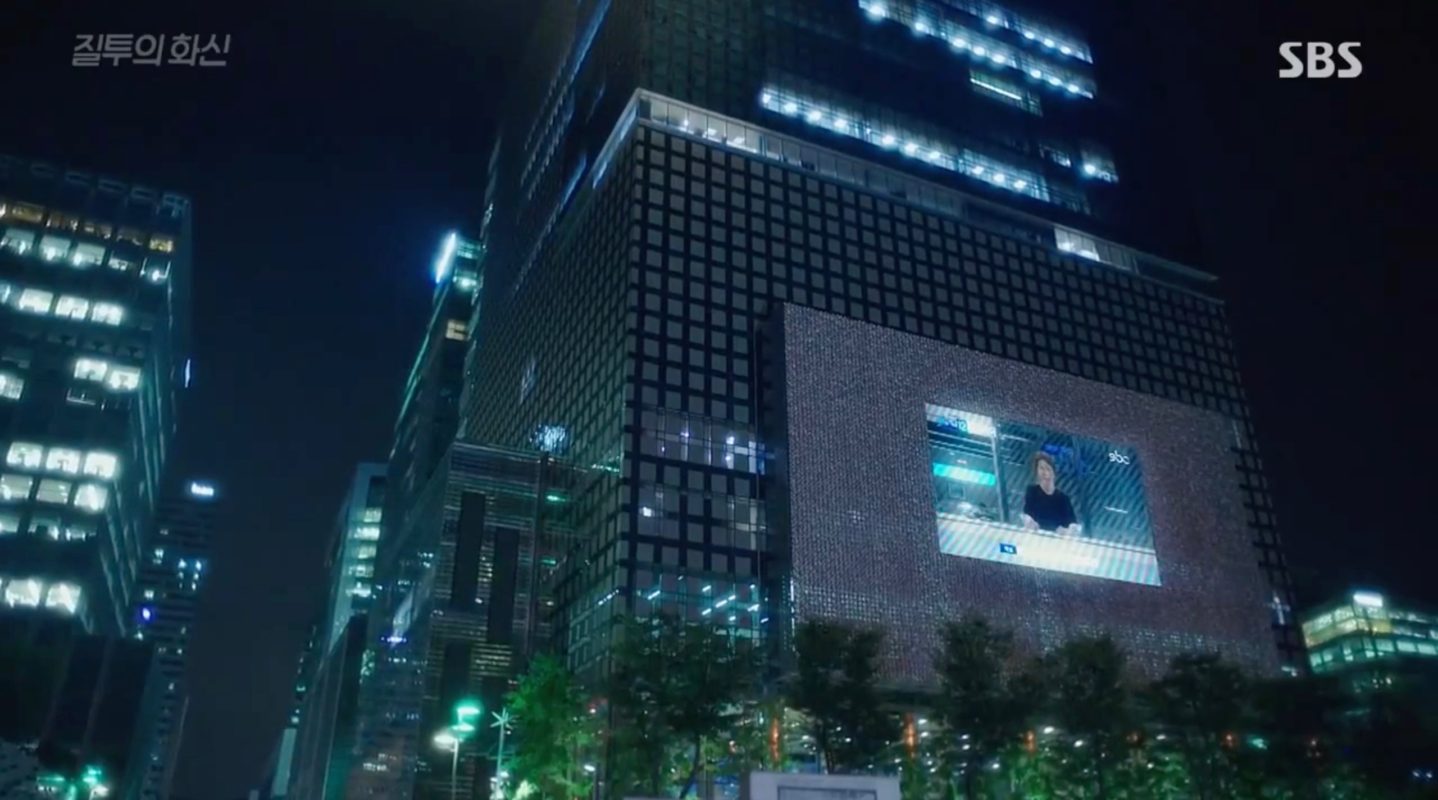 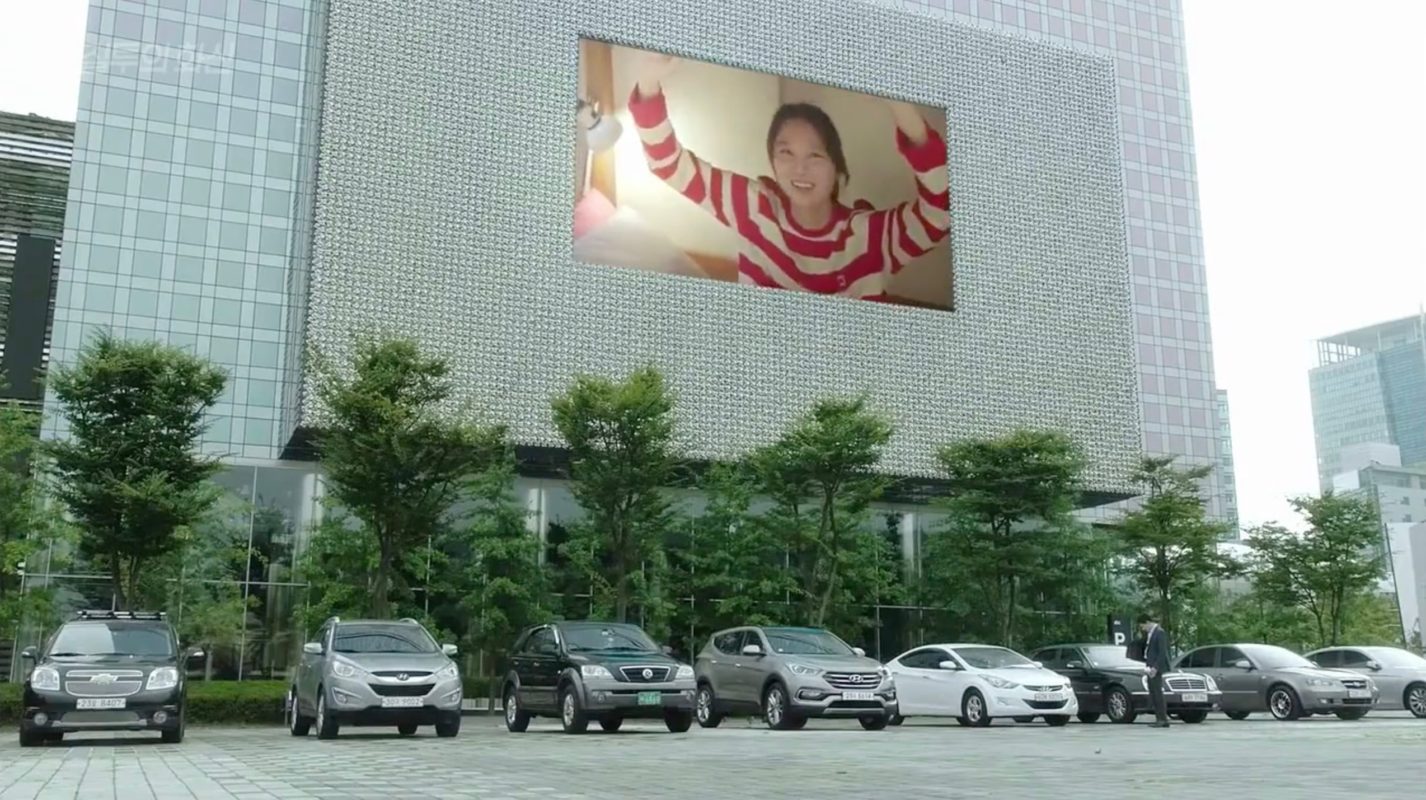 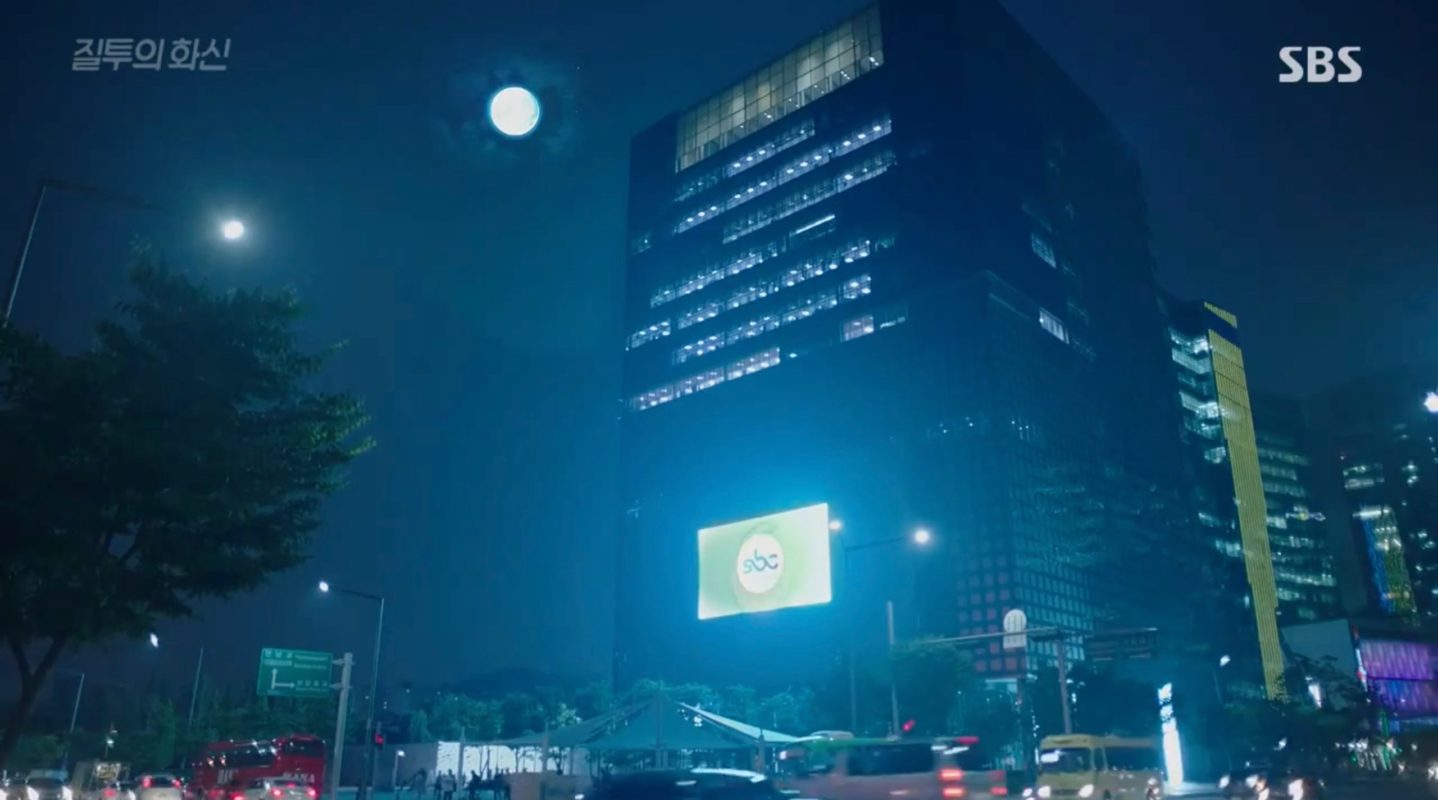 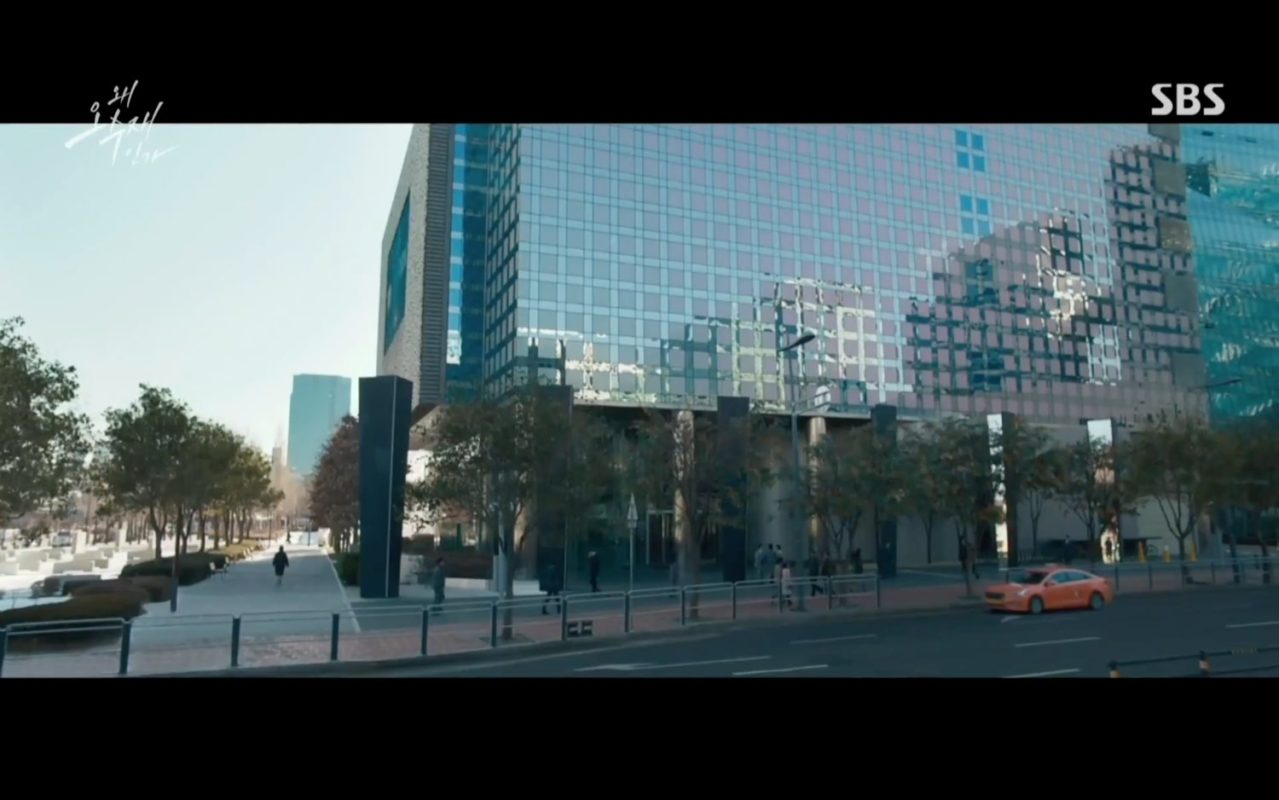 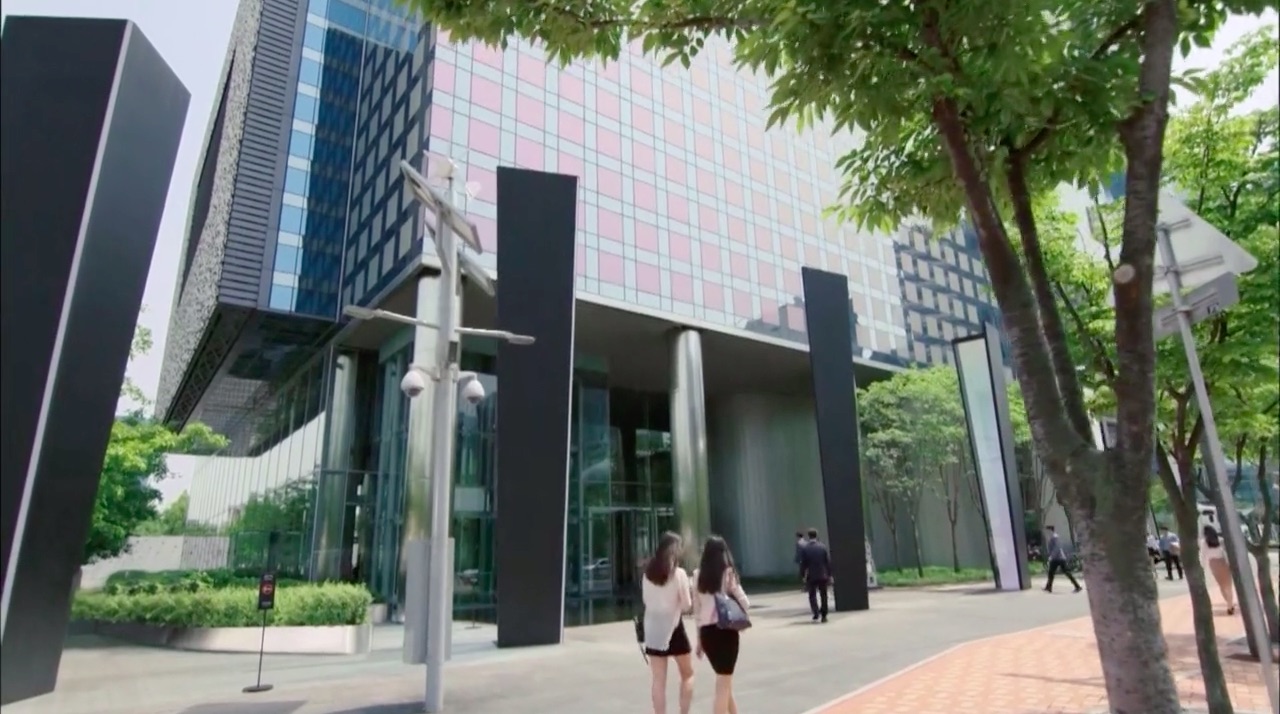 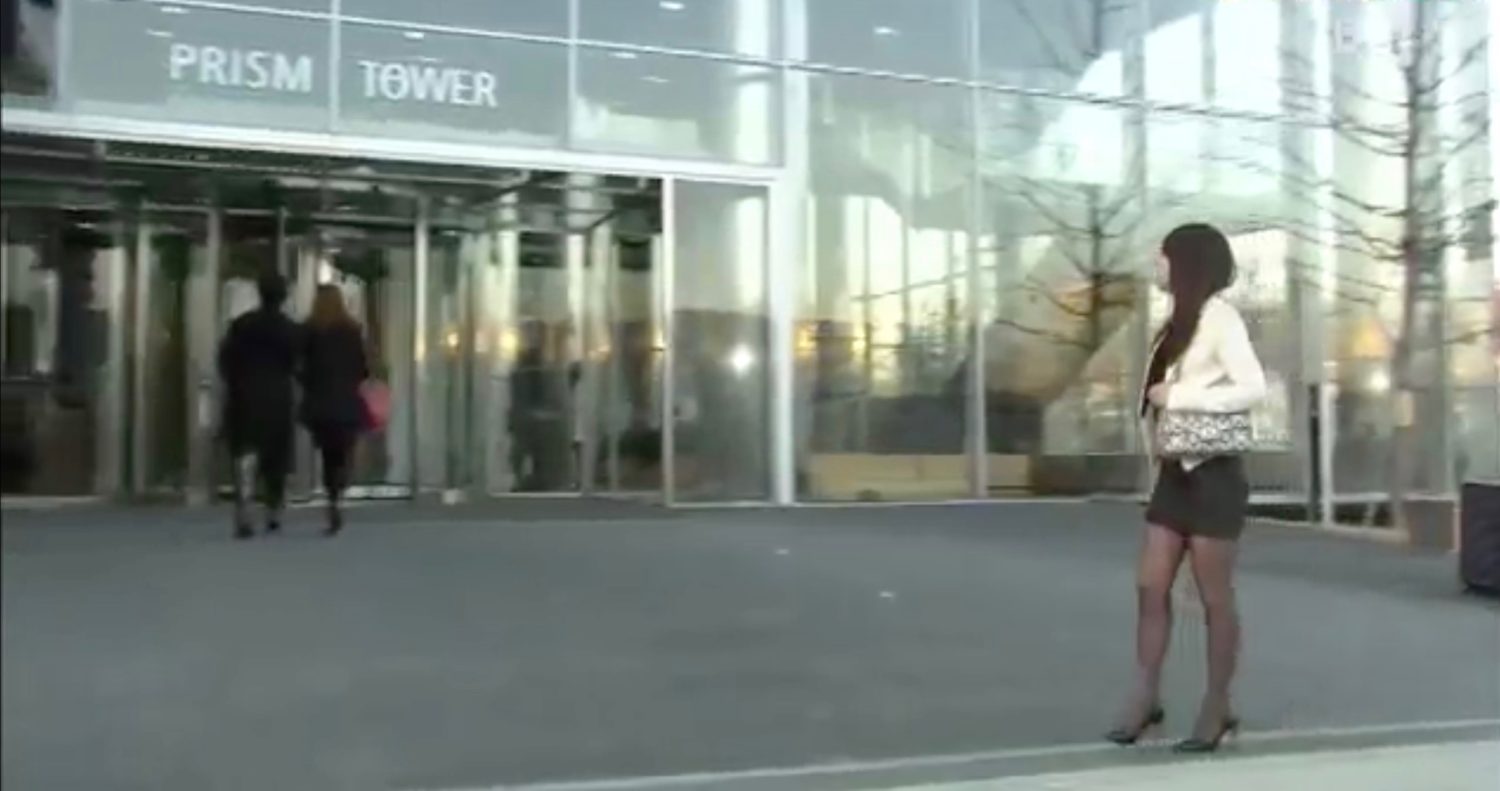 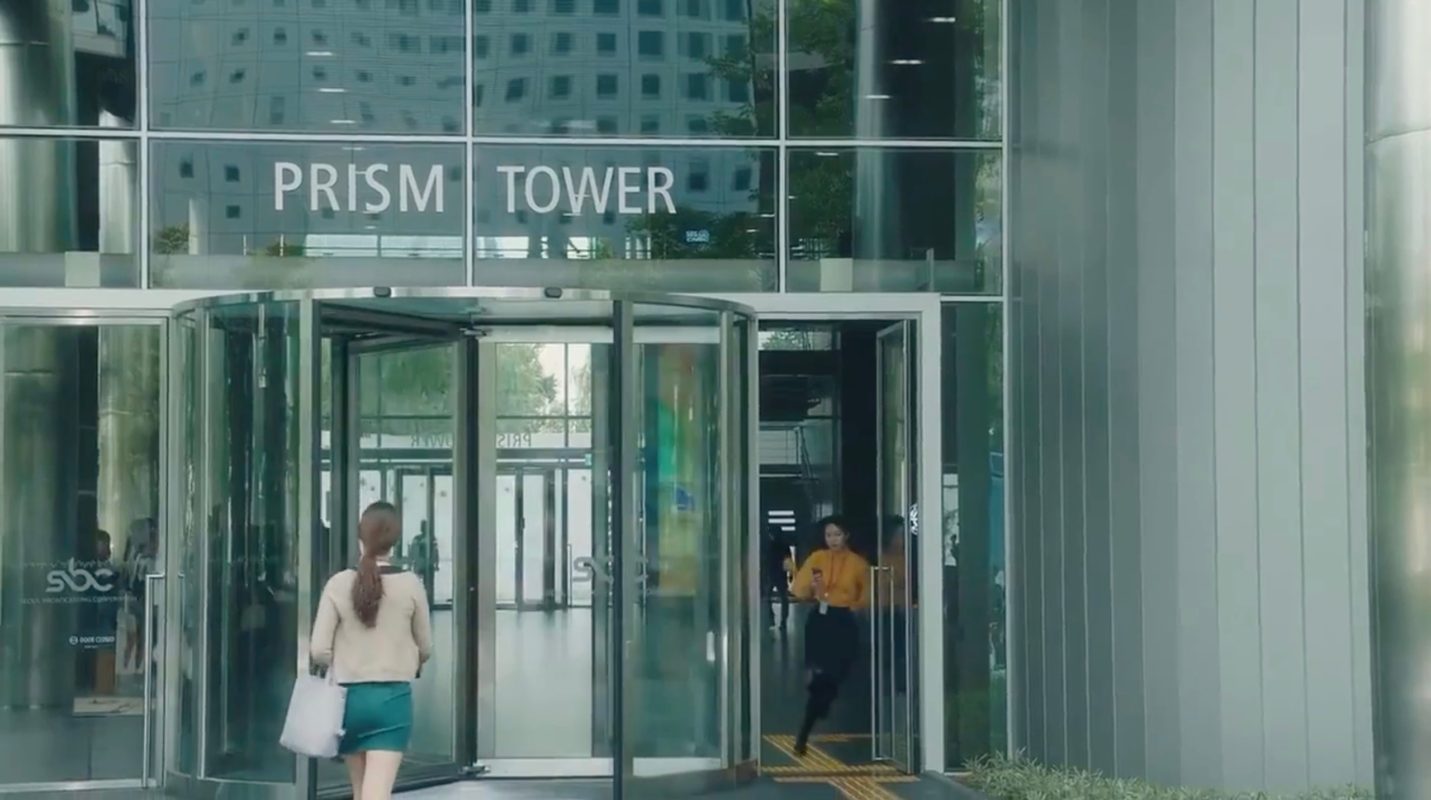 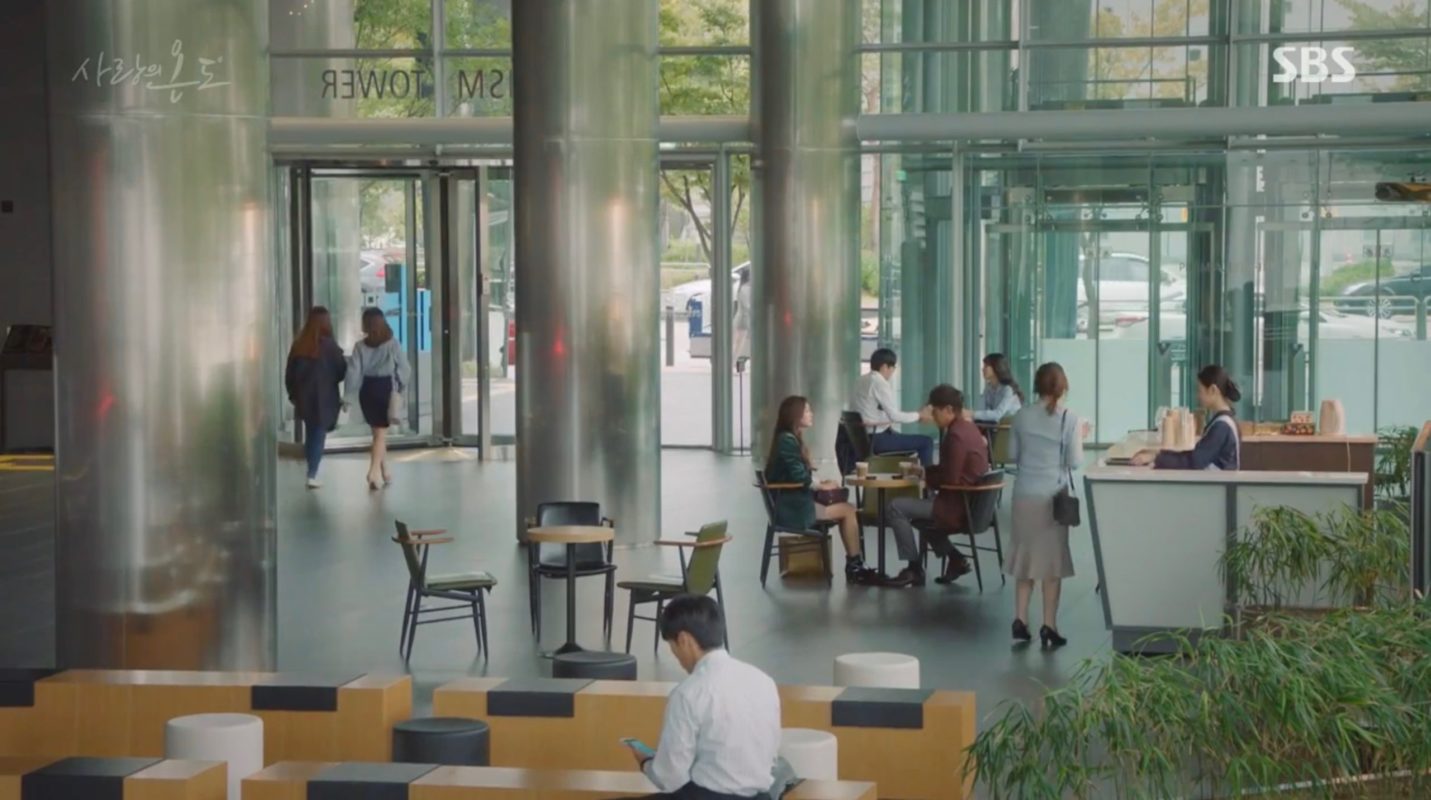 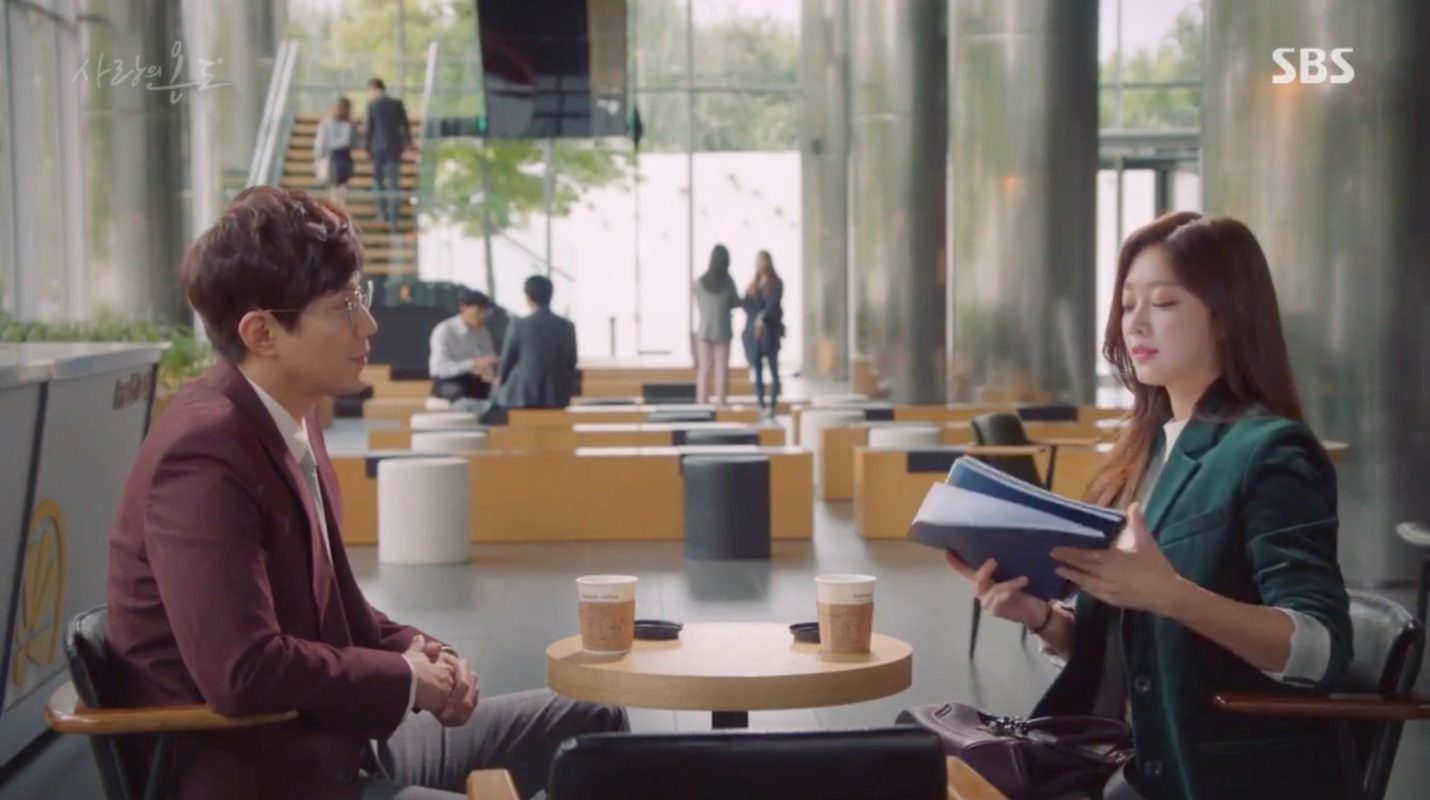 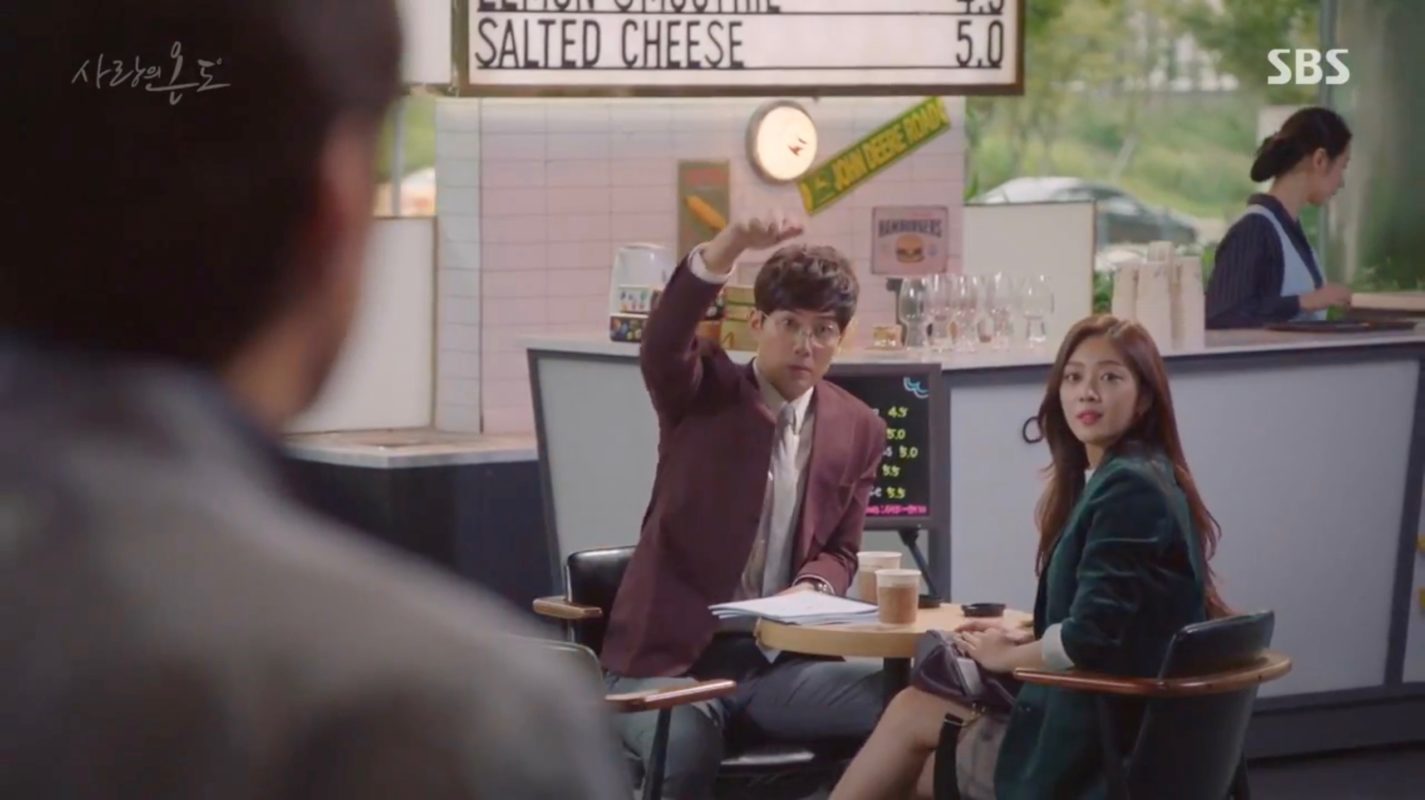 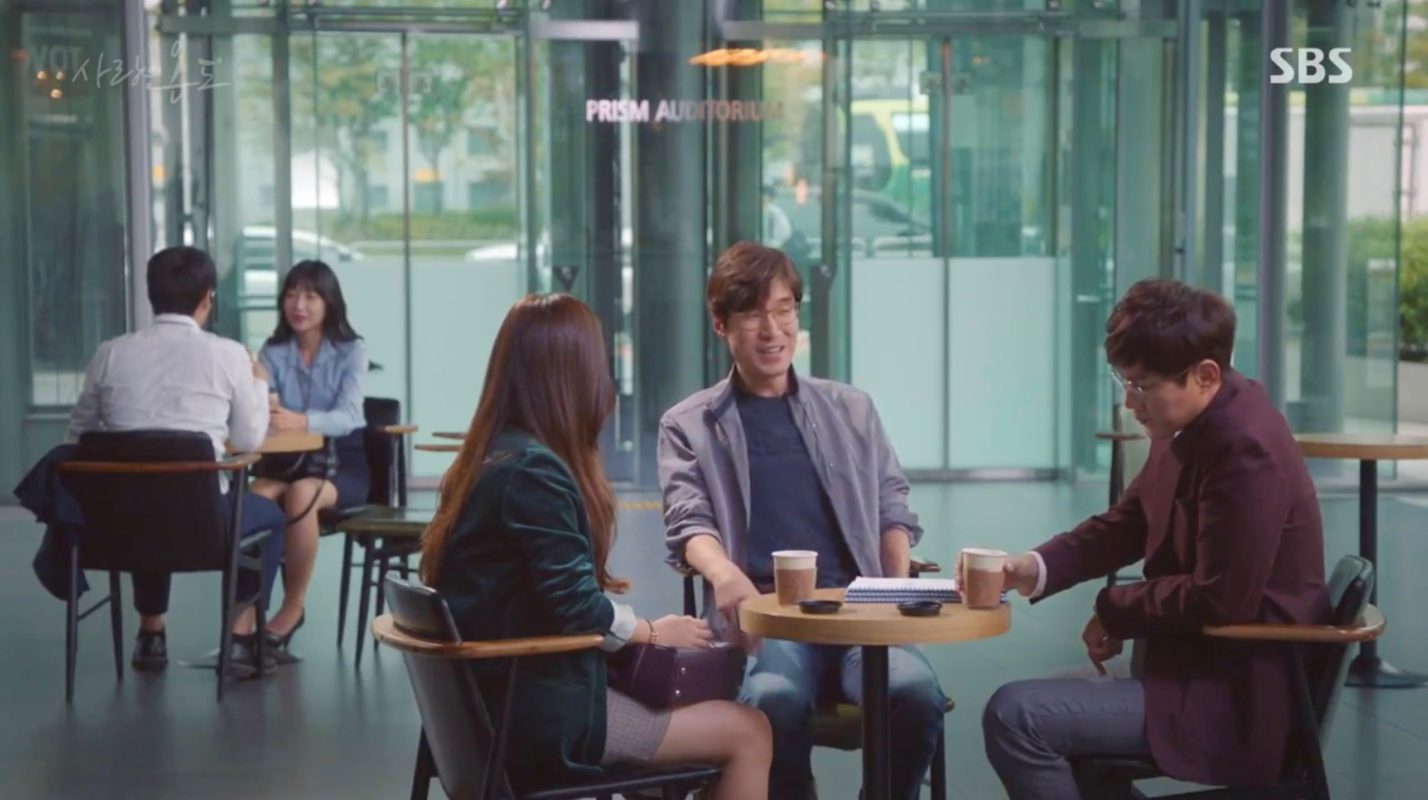 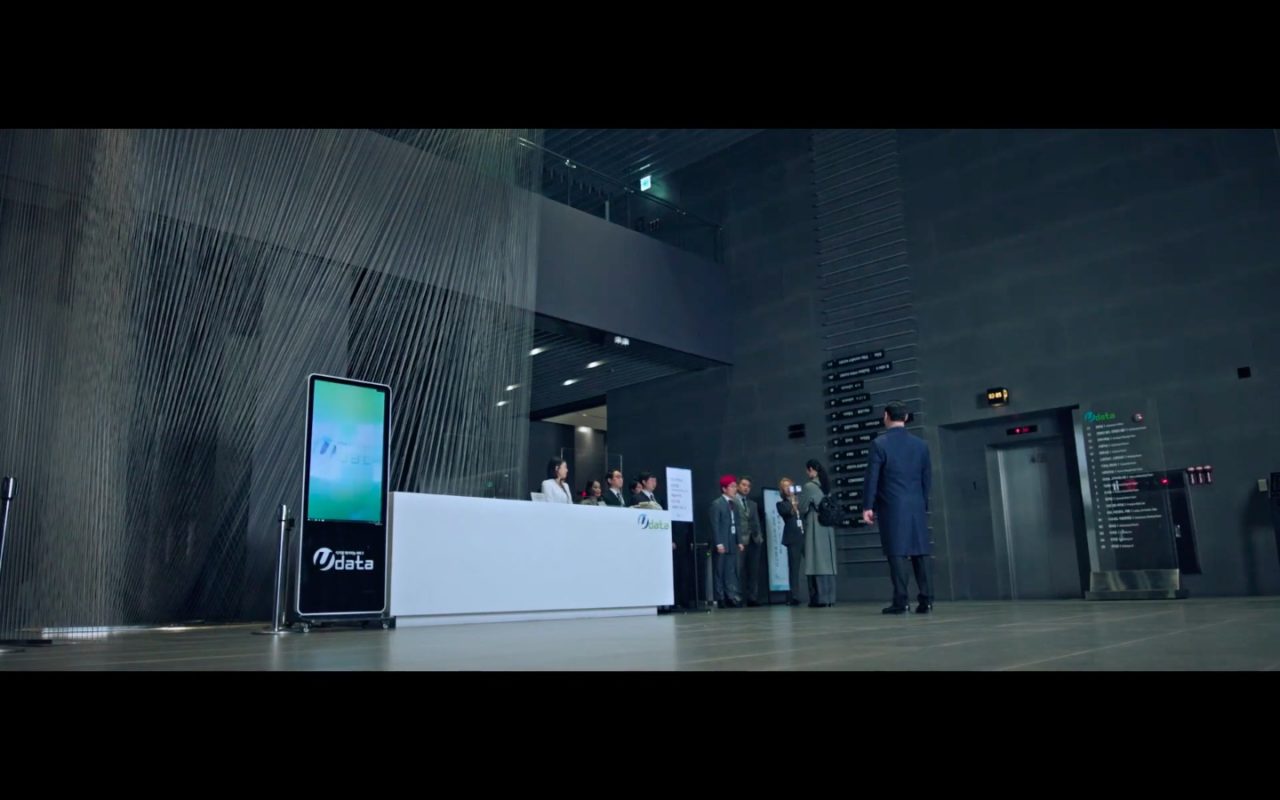 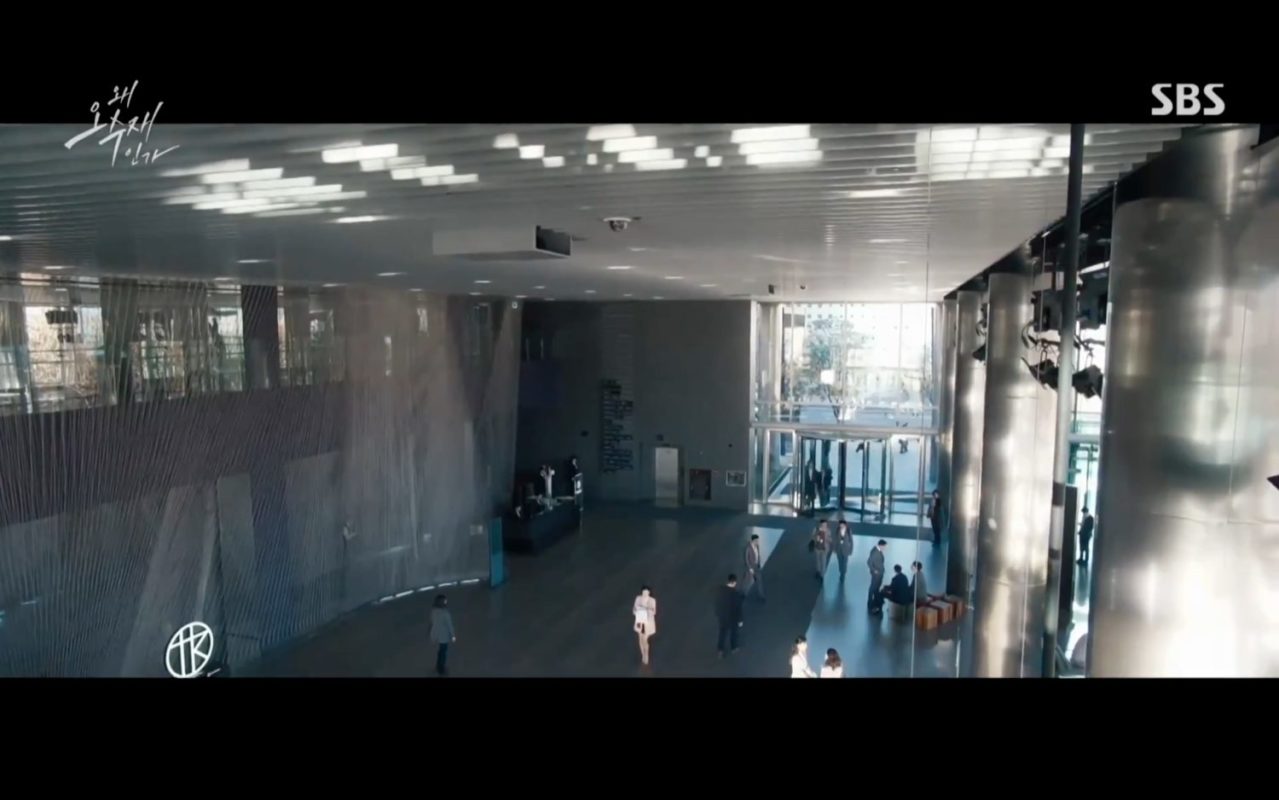 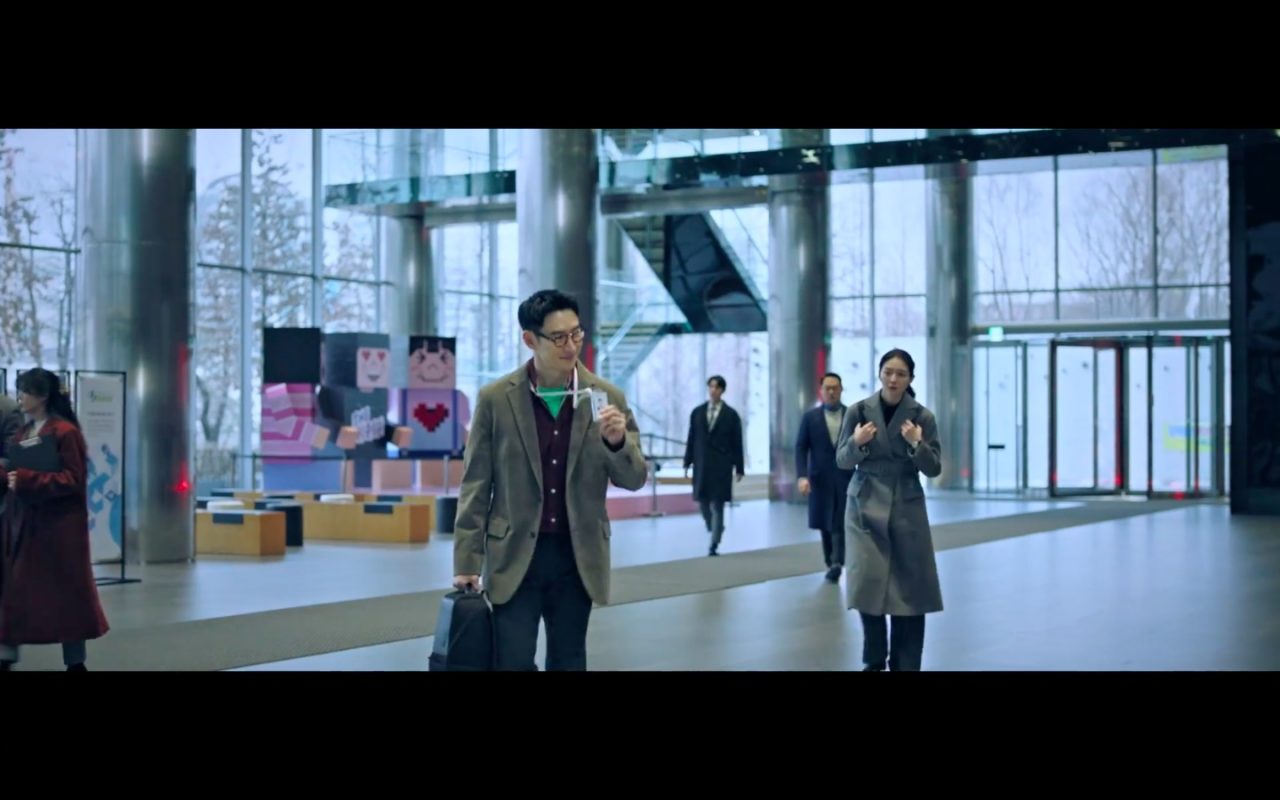 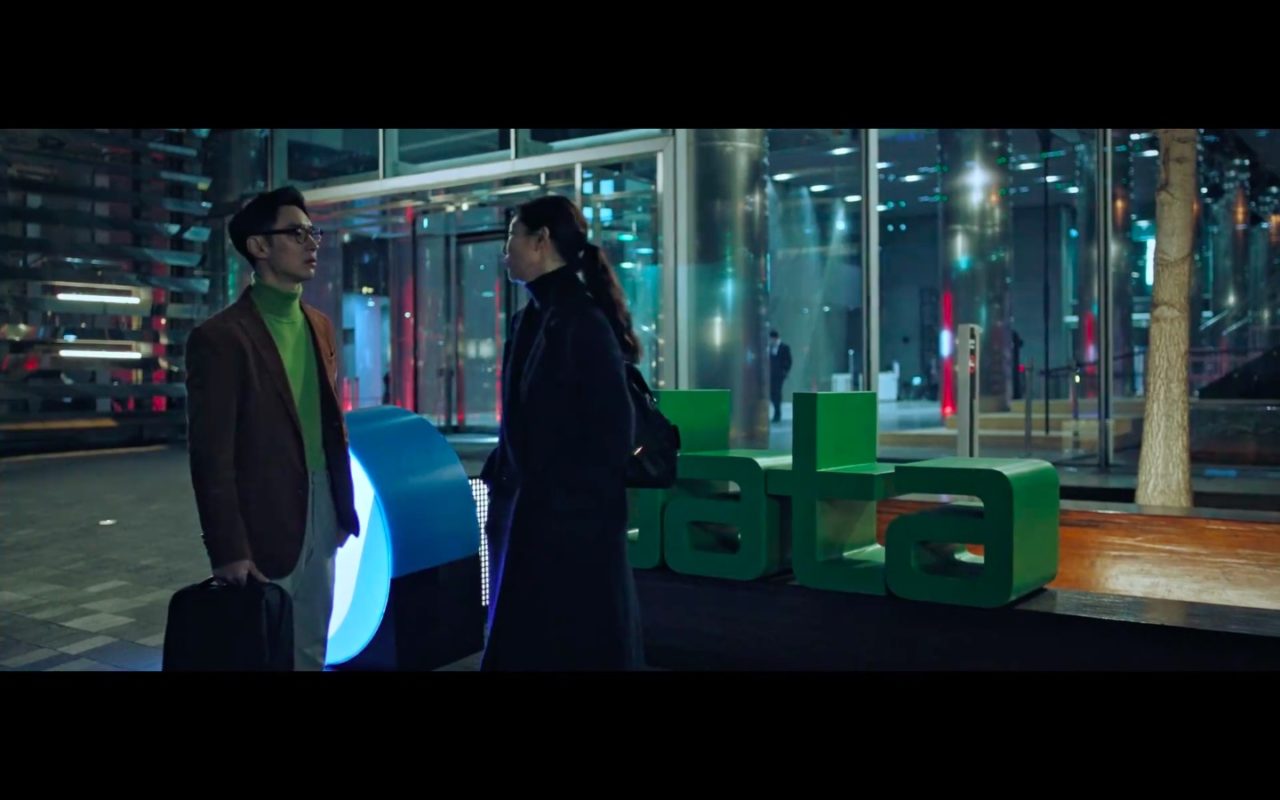 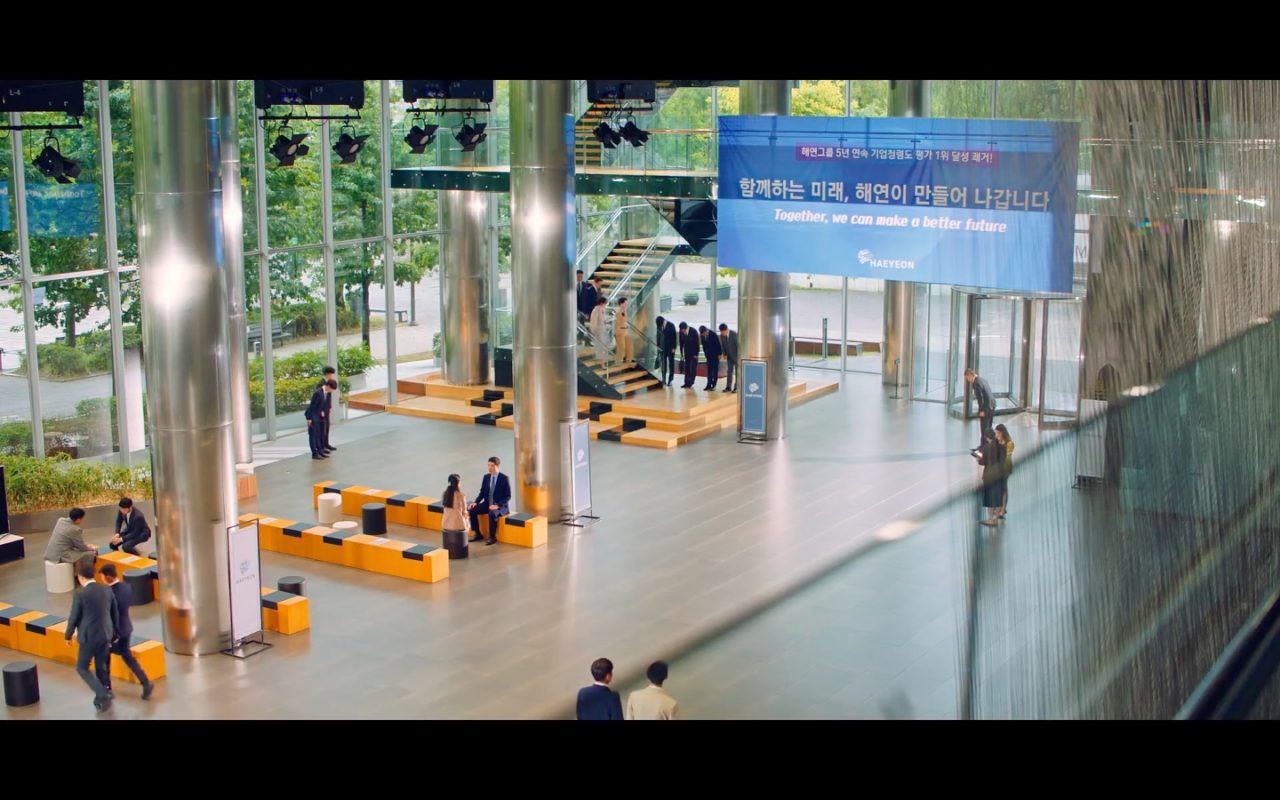 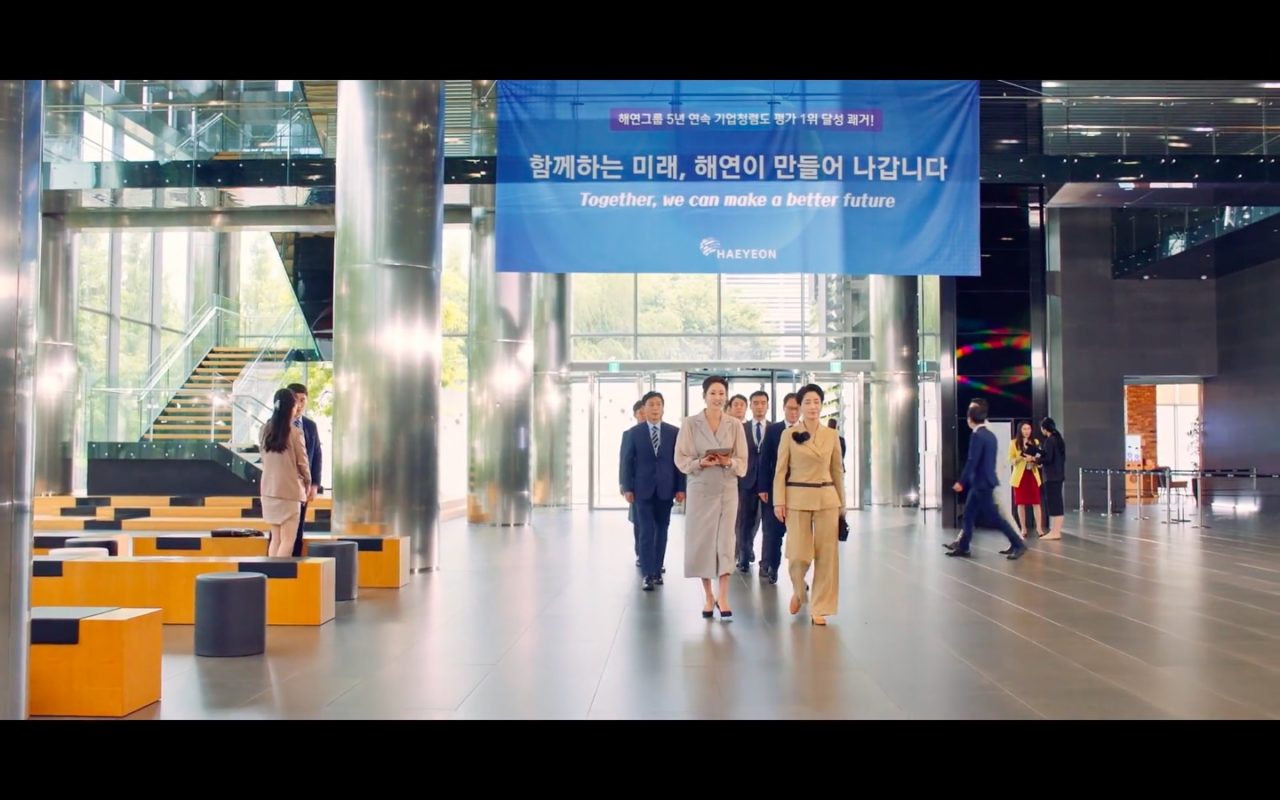 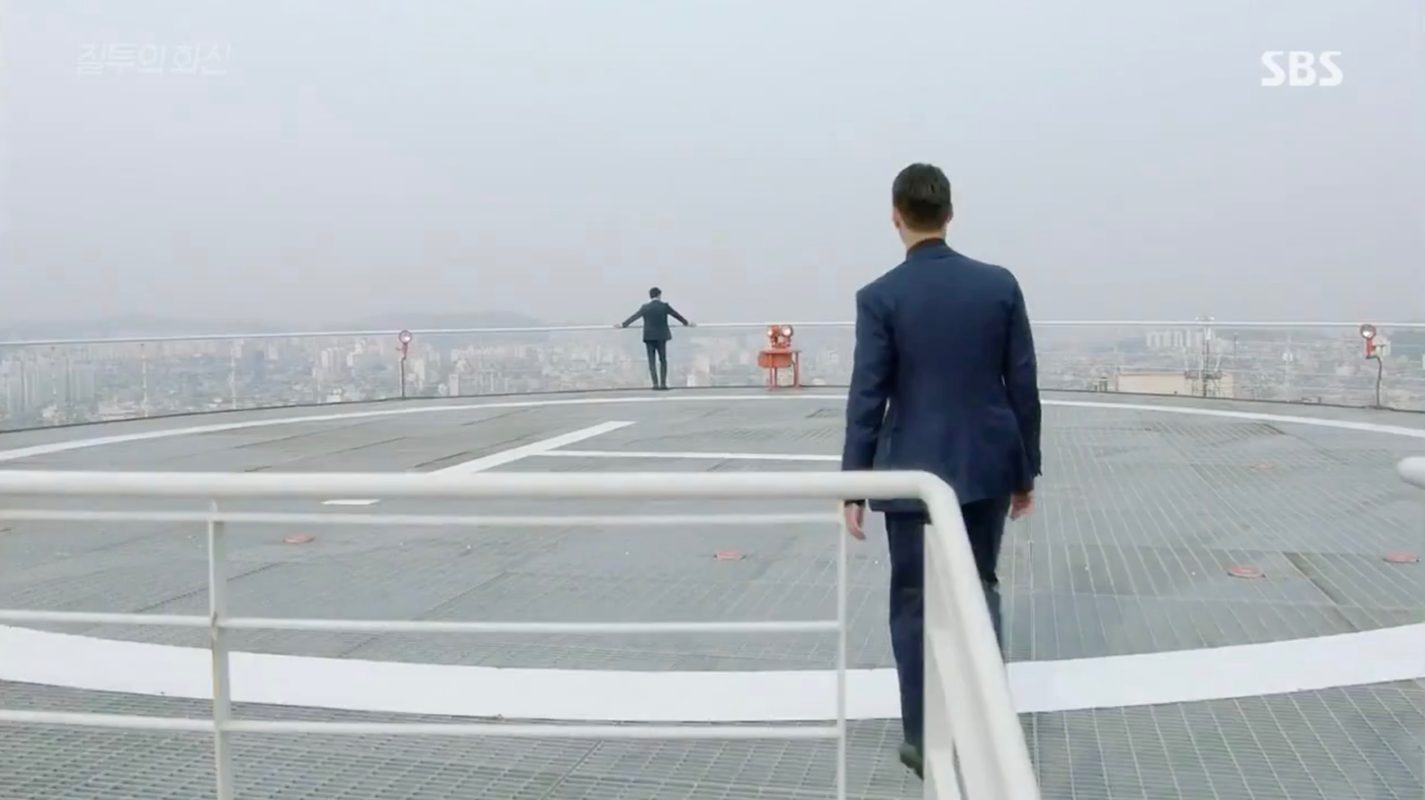 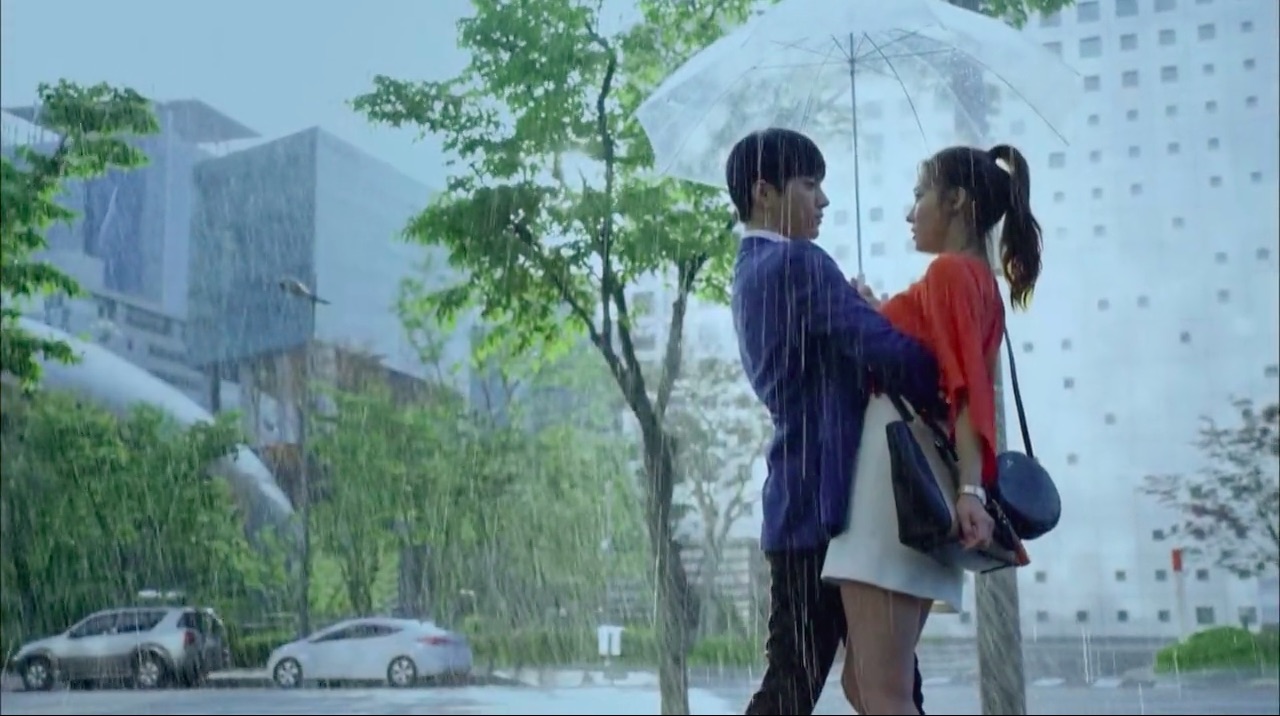 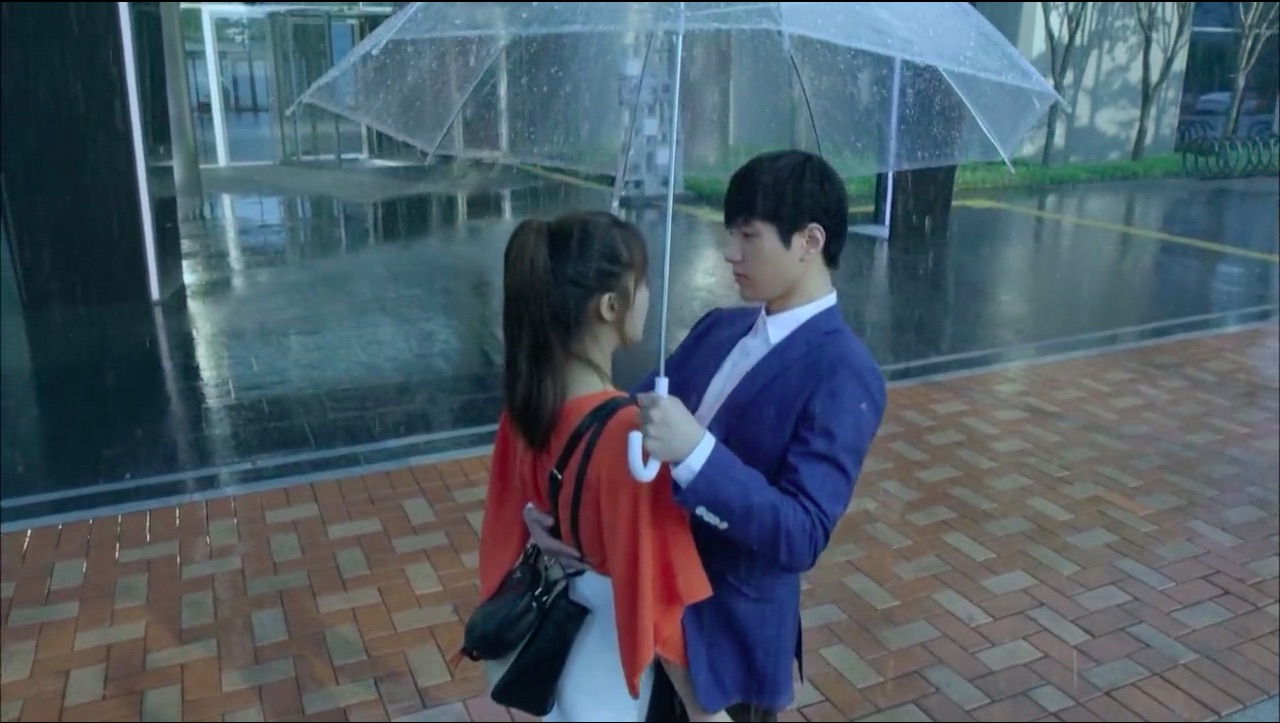 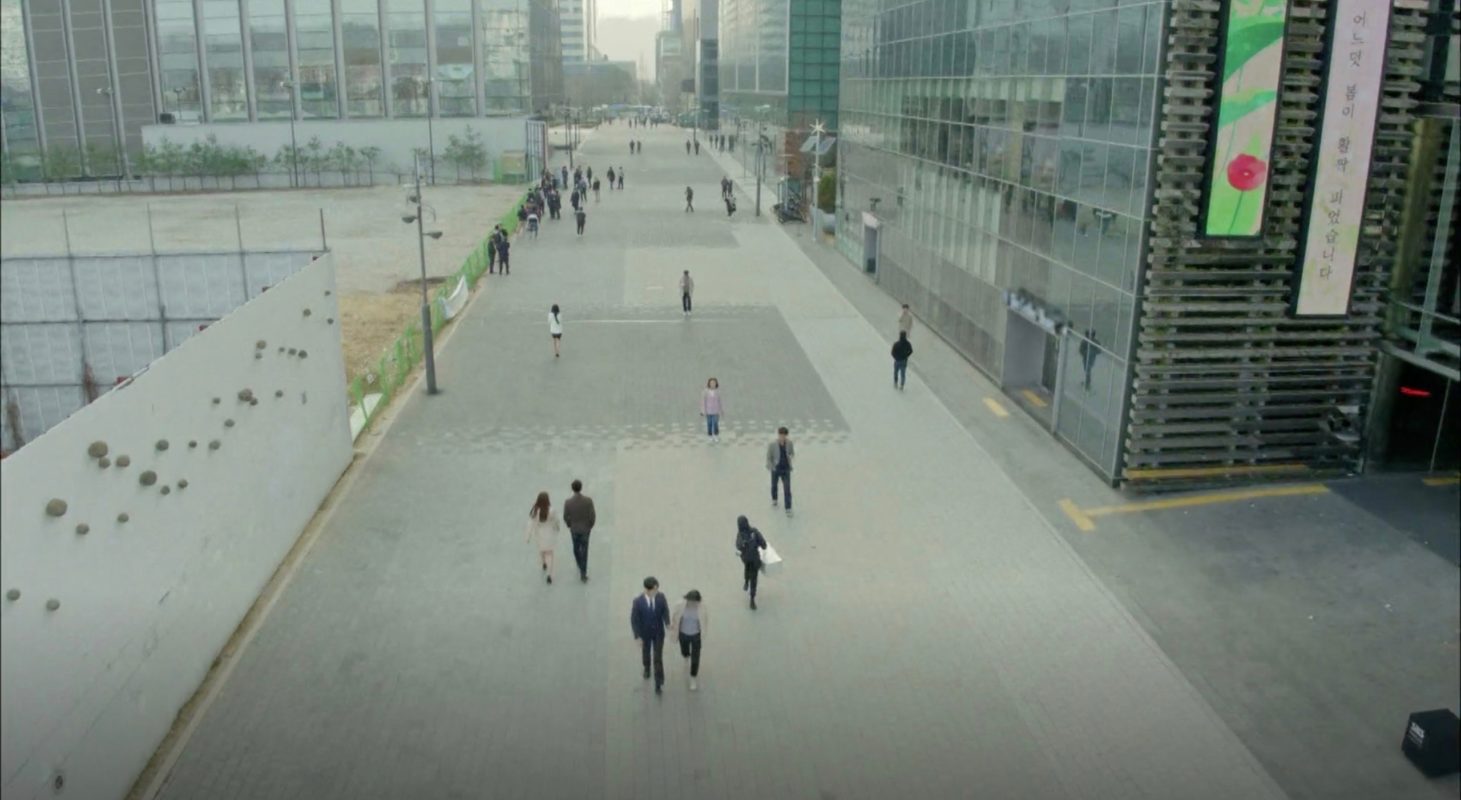 This tower’s exterior appears as the building of TK Law Firm, run by Choi Tae-kook (Huh Joon-ho), in Why Her/Why Oh Soo-jae (Wae Osujaeinga/왜 오수재인가) (SBS, 2022) — as seen, for instance, in episode 3.

Secretary Kim Eun-jung (Lee Hwa-kyum) attempts to escape from this building after being outed by Han Sung-hye in episode 14 of One The Woman (원 더 우먼) (SBS, 2021). She heads down the stairs to the lobby, where Wang Pil-kyu (Lee Kyu-bok) and Choi Dae-chi (Jo Dal-hwan) await to confront the rival gang members who had come to attack her.

Lee Jin-woo (Lee Seo-jin) stops at the light at the cross road just in front of this building and while waiting for the light to turn green, he reads the news on this builging’s public screen in episode 5 of Times (Taimjeu/타임즈) (OCN, 2021).

Sung Deok-mi (Park Min-young) passes by this building on her way to a White Ocean concert in episode 1 of Her Private Life (그녀의 사생활) (tvN, 2019).

The SBS Prism Tower appears as the headquarters of Tae In-joon’s (Joo Sang-wook) company ‘Gold Shoes’ in Fates & Furies/Fates and Furies (운명과 분노) (SBS, 2018-19) at which he has for instance a business meeting with Jin Tae-o (Lee Ki-woo) in episode 4.

The exterior of this building appears as the one of ‘Jaekuk Entertainment’ at which Lee Go-eun (Jung Ryeo-won) has an appointment in episode 1 of The King of Dramas/The Lord of the Drama (드라마의 제왕) (SBS, 2012-13).

In addition, this is the Tandy corporate HQ in The Time We Were Not In Love/The Time That I Loved You/The Time I’ve Loved You (너를 사랑한 시간) (SBS, 2015).

SBS Prism Tower [SBS프리즘타워], opened in 2012, is a broadcasting station building built by Taeyoung Construction, SBS’s parent company. The tower consists of 17 levels above and five levels below the ground. It is located in Seoul’s neighborhood Sangam [Sangam-dong/상암동] in the Mapo District. It sits right in the heart of Sangam Digital Media City.