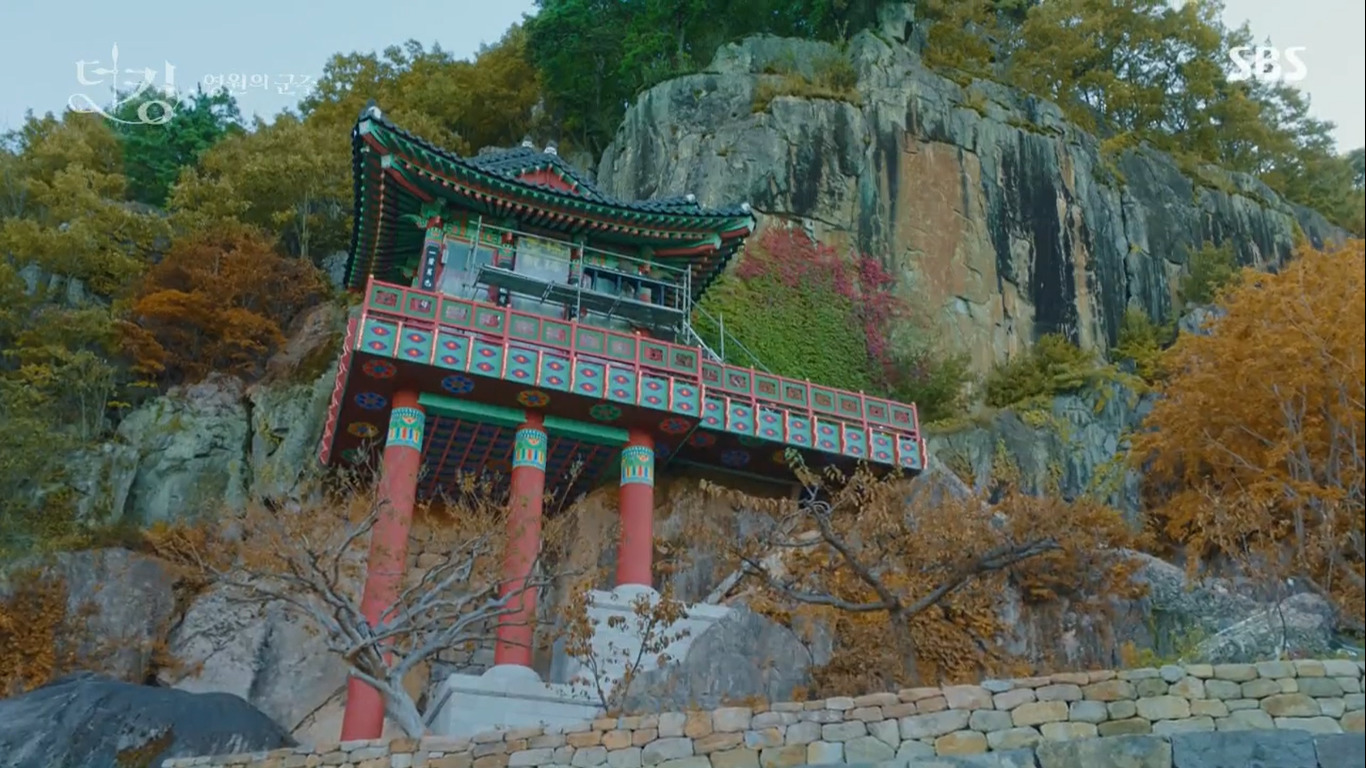 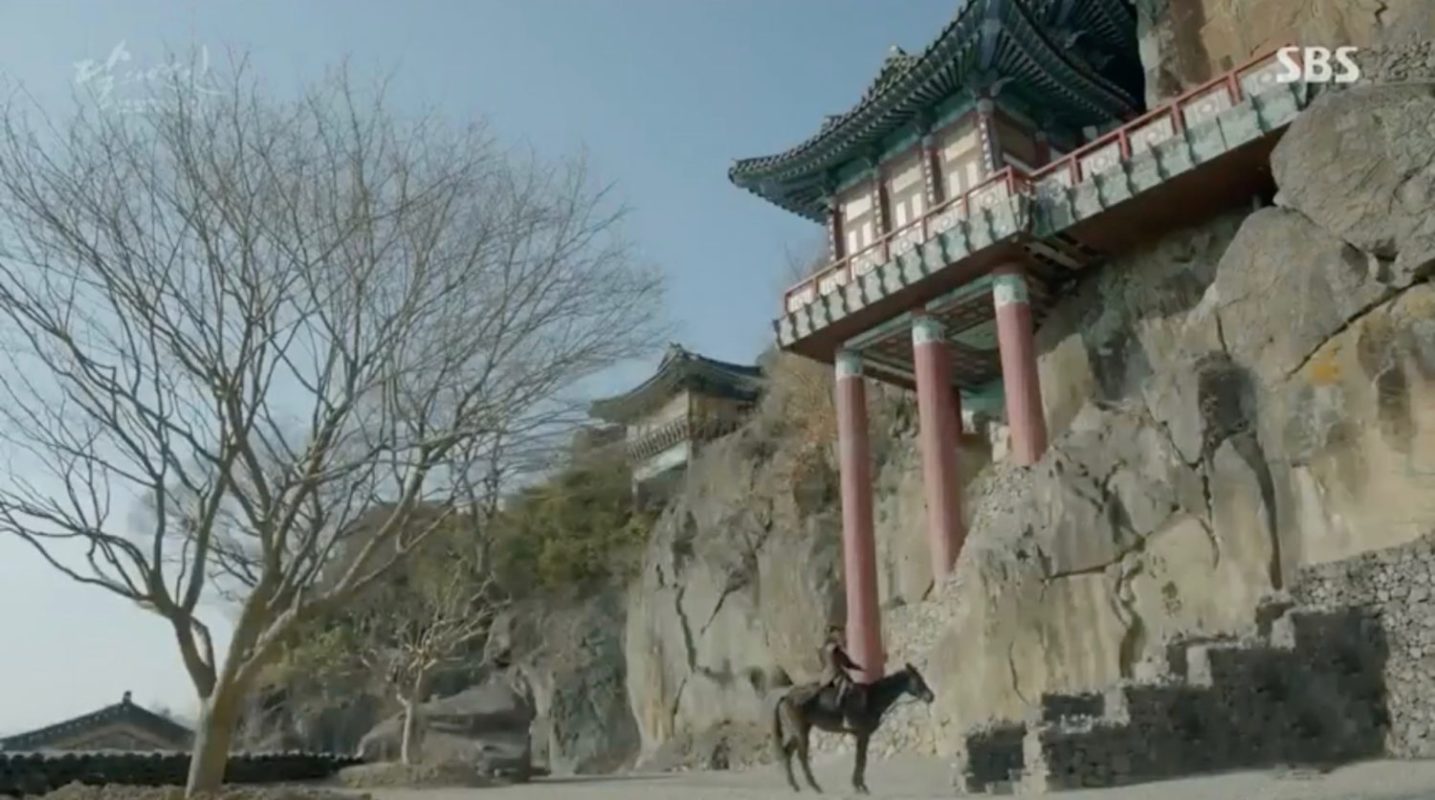 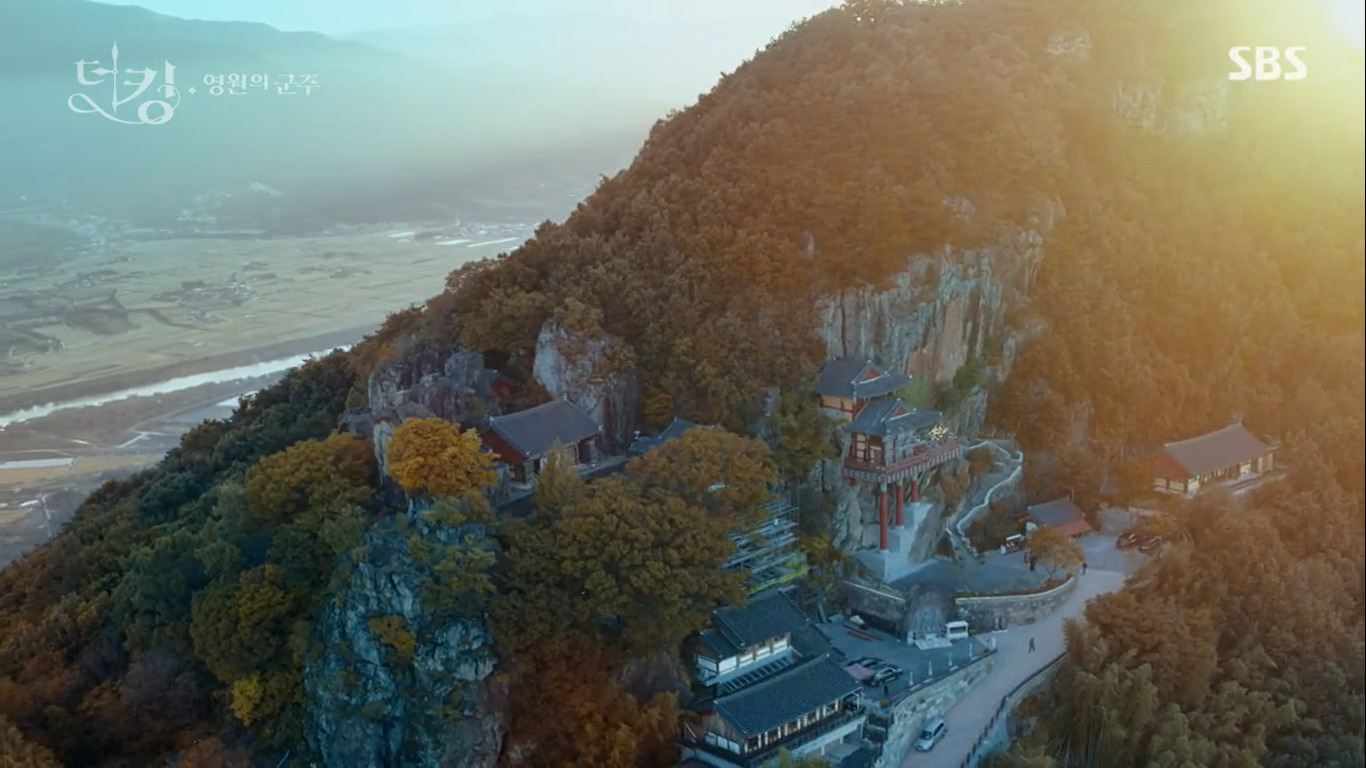 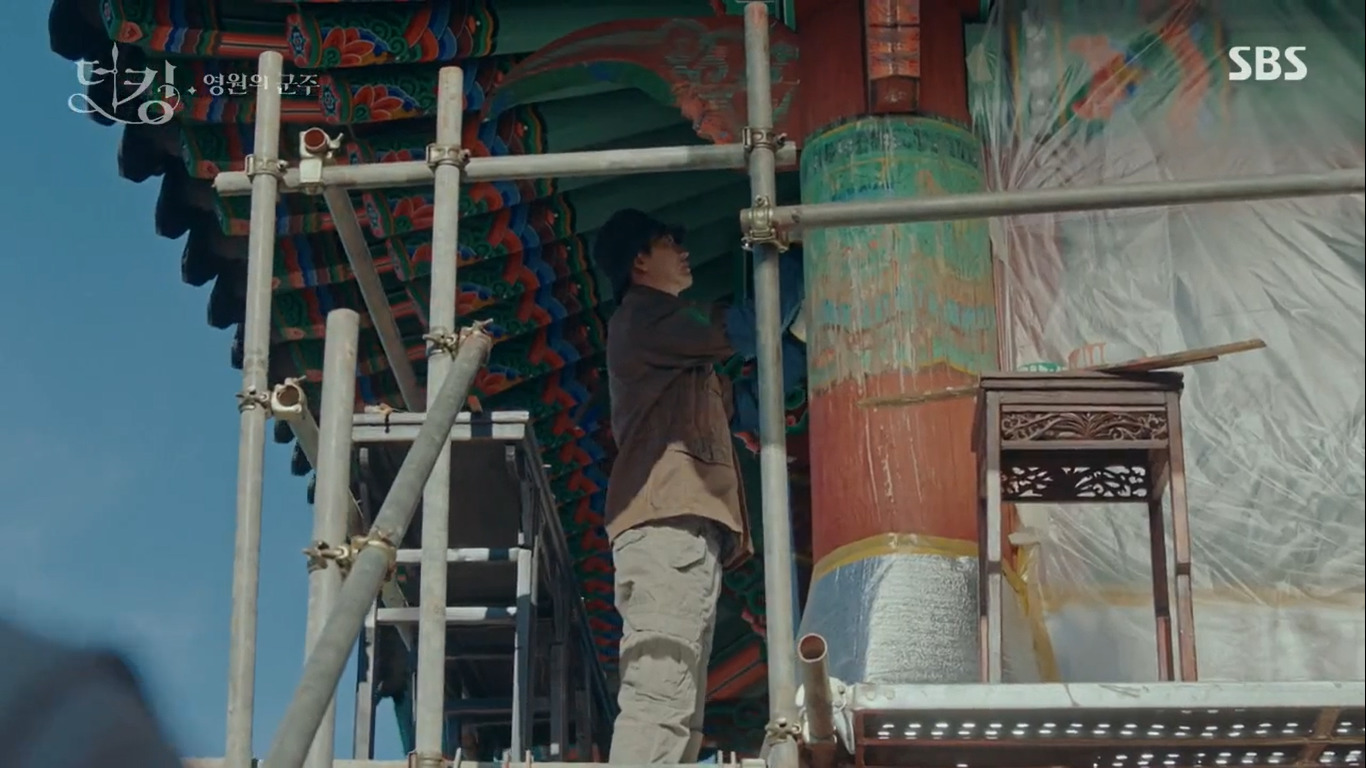 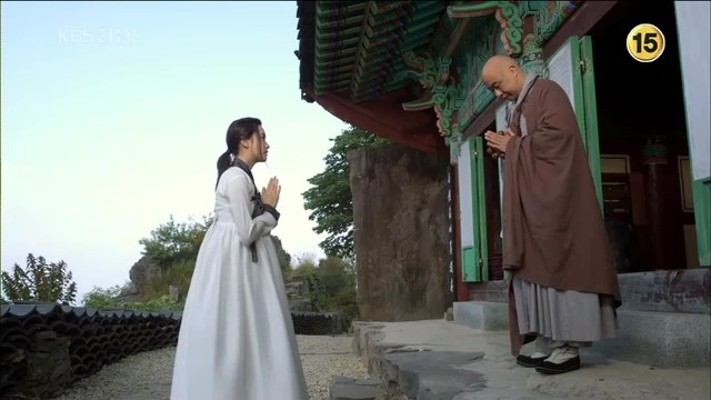 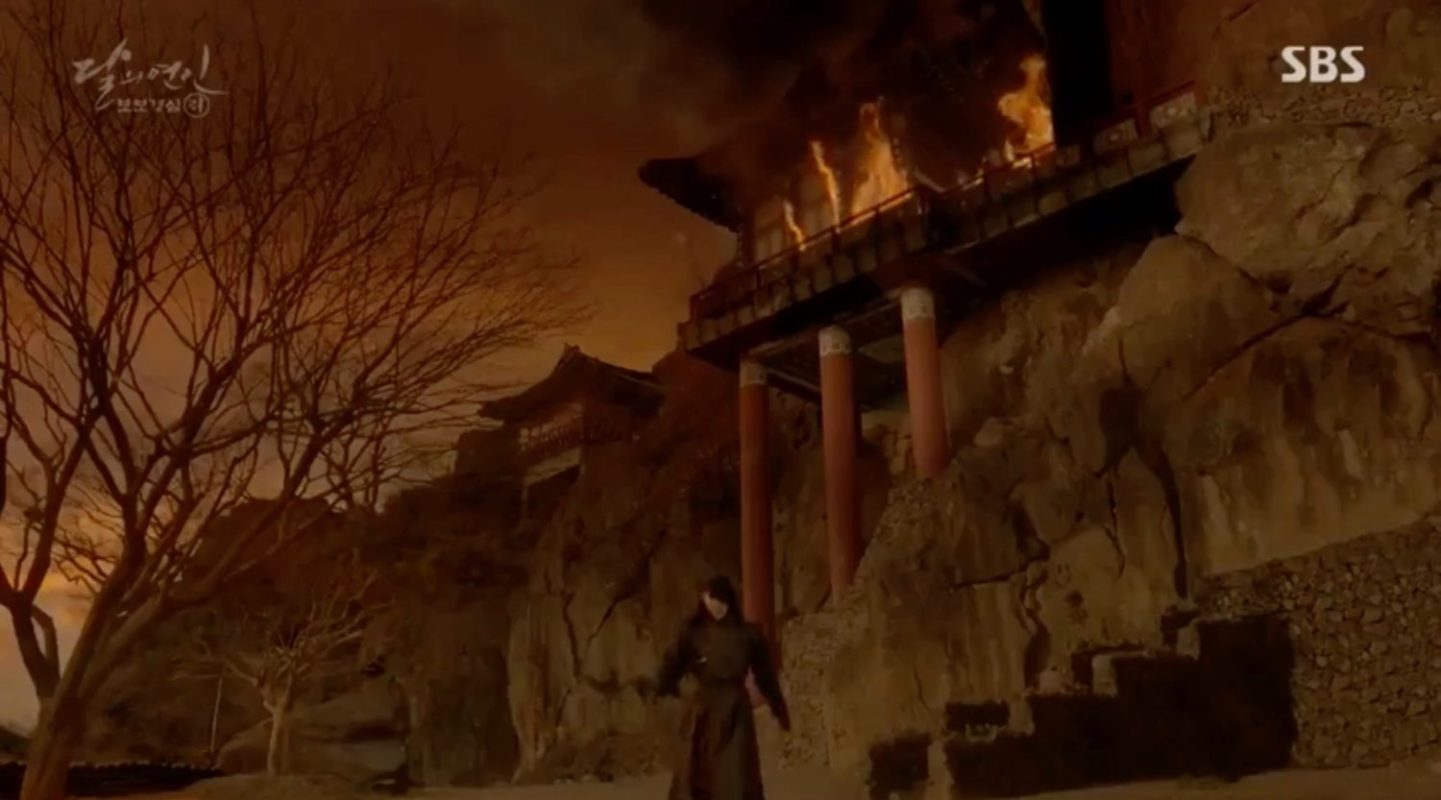 Lee Lim (Lee Jung-Jin), murderer of the King and traitor to the Kingdom of Corea, hides out in this historic Buddhist temple in The King: Eternal Monarch (더킹:영원의 군주) (SBS, 2020) while he plots the violence that will place him on the throne. He is shown in episode 2 painting dancheong (the traditional vivid Korean decorative designs) on the Temple’s wooden surfaces, as he gives instructions to his henchman.

This temple appears as the hideout of the group of people who planned to assassinate Crown Prince Wang Mu (Kim San-ho) and Prince Wang So (Lee Joon-ki) takes revenge on them in episode 3 of Moon Lovers: Scarlet Heart Ryeo (달의 연인-보보경심 려) (SBS, 2016) and leaves the temple behind him in flames.

In episode 4 of Chuno/The Slave Hunters (추노) (KBS2, 2010), Kim Hye-won (Lee Da-hae) comes to this temple to honor the dead; i.e. her beloved Lee Dae-gil (Jang Hyuk). Song Tae-ha (Oh Ji-ho) crosses her path here the next morning and later comes to rescue her from two men who try to kidnap her.

Saseongam Hermitage [사성암 or in full: 구례 오산 사성암 일원/求禮 鼇山 四聖庵 一圓] is located on the granite cliffs and summit of Mt Osan, in the foothills of Mt Jirisan. It is also known as The Hermitage of the Four Saints, referring to the four head monks who lived and studied here, and practiced asceticism (renunciation of worldly pleasures to achieve a high spiritual state of being). It was founded during the rule of King Seong of Baekje in 544 CE, who was a great patron of Buddhism in Korea. The main hall houses a rock-carved Buddha, which is said to have been carved by the monk Wonhyo using his fingernails. The views from the Hermitage are said to be spectacular, especially at sunset.

The herimitage is located in the village of Jukma [Jukma-ri/죽마리] in Gurye County’s Muncheok Township [Muncheok-myeon/문척면]. Gurye is approximately 3 hours 15 mins from Seoul by KTX high speed train, or 5-6 hours by bus via Gwangju.

Getting here
Gurye Bus Terminal [구례공영버스터미널]
Take the local bus Gurye-Donghae (Donghae) (구례-동해 (동해)) to Saseongam Hermitage Bus Stop [사성암정]
There is a shuttle bus from the car park to the Hermitage.
OR
Guryegu Station [구례구역], Jeolla Line
Take a taxi to the base of Mt Osan.