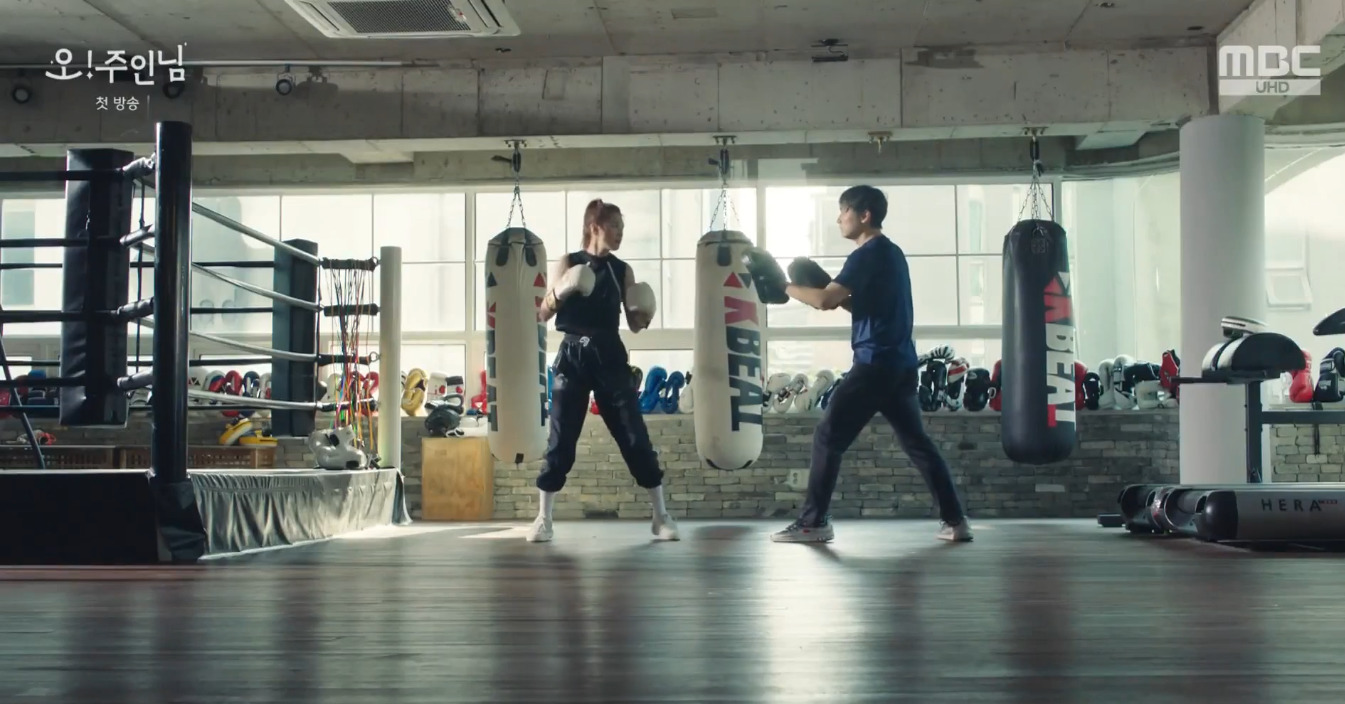 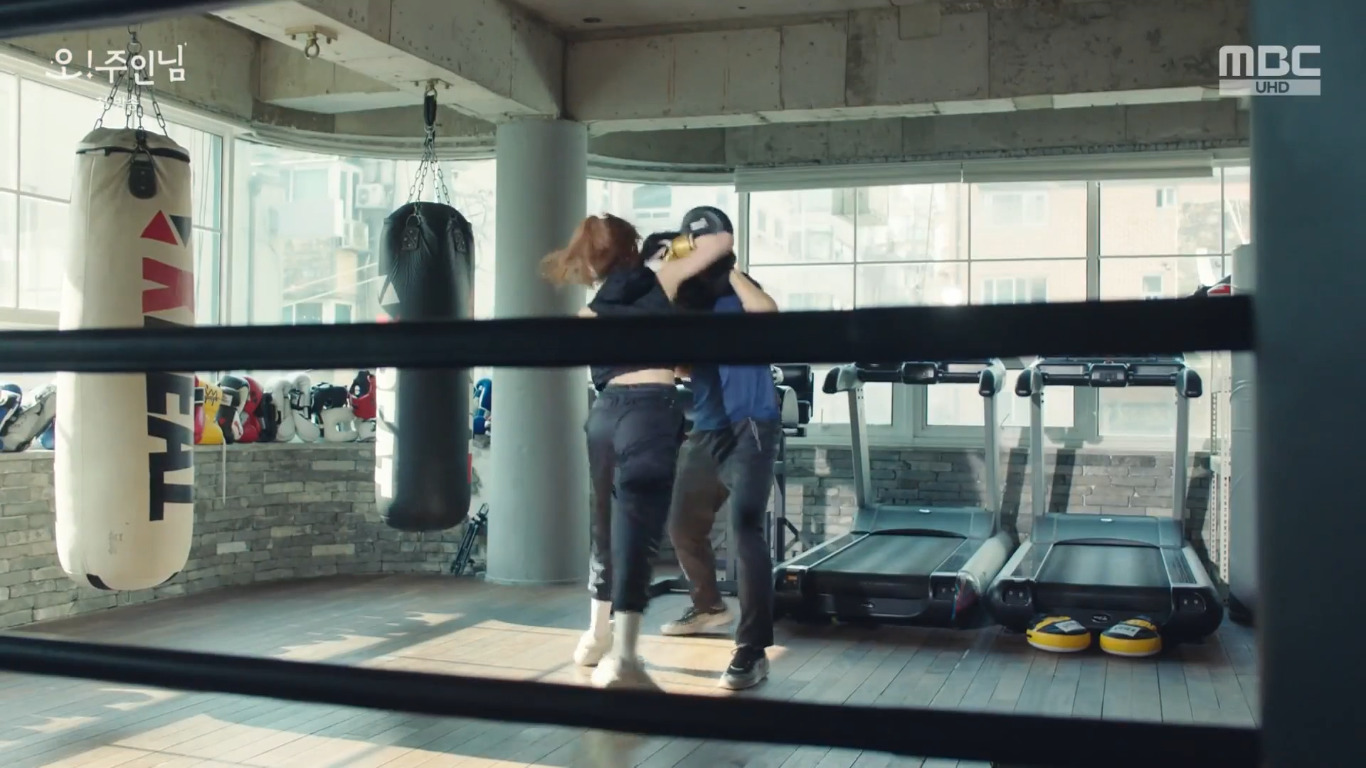 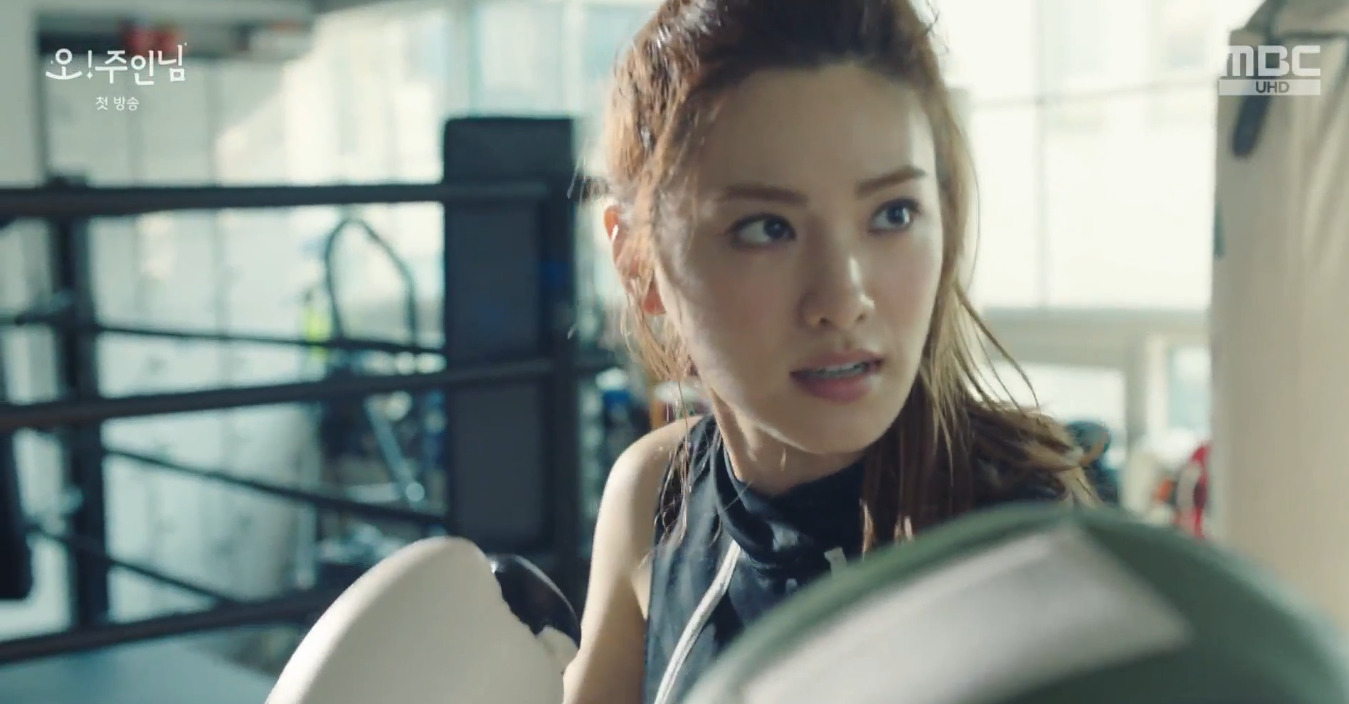 In episode 1 of Oh My Ladylord/Oh! Master (오! 주인님) (MBC, 2021), actress Oh Joo-in (Im Jin-A/Nana from After School) is rejected for a role in scriptwriter Han Bi-soo’s (Kim Min-ki) latest drama. After leaving the meeting, Joo-in goes to this boxing lounge to let off steam, where her trainer gets the brunt of her anger.

Hit Fit Boxing Lounge [히트핏복싱] is a gym opened in October 2017 and is owned and operated by actress and model Kang So-yeon and her younger sister Kang So-jin, a former boxer and Korea Federation referee. Hit Fit teaches boxing and sparring, runs exercise classes, weight training, yoga and provides dietary advice. In an interview after becoming a model for MLB clothing, Kang So-yeon said that she was “trying to make Hit Fit Boxing gym as a culture space, and more than just an exercising gym”. Kang So-yeon is actively involved in running the gym and is happy to pose for photos with clients.

The gym is located on 2F of the Sanha Building [산하빌딩] in Seoul’s neighborhood Daechi [Daechi-dong/대치동] in the Gangnam District [Gangnam-gu/강남구]; just a few steps to/from/Posco Center [포스코센터].