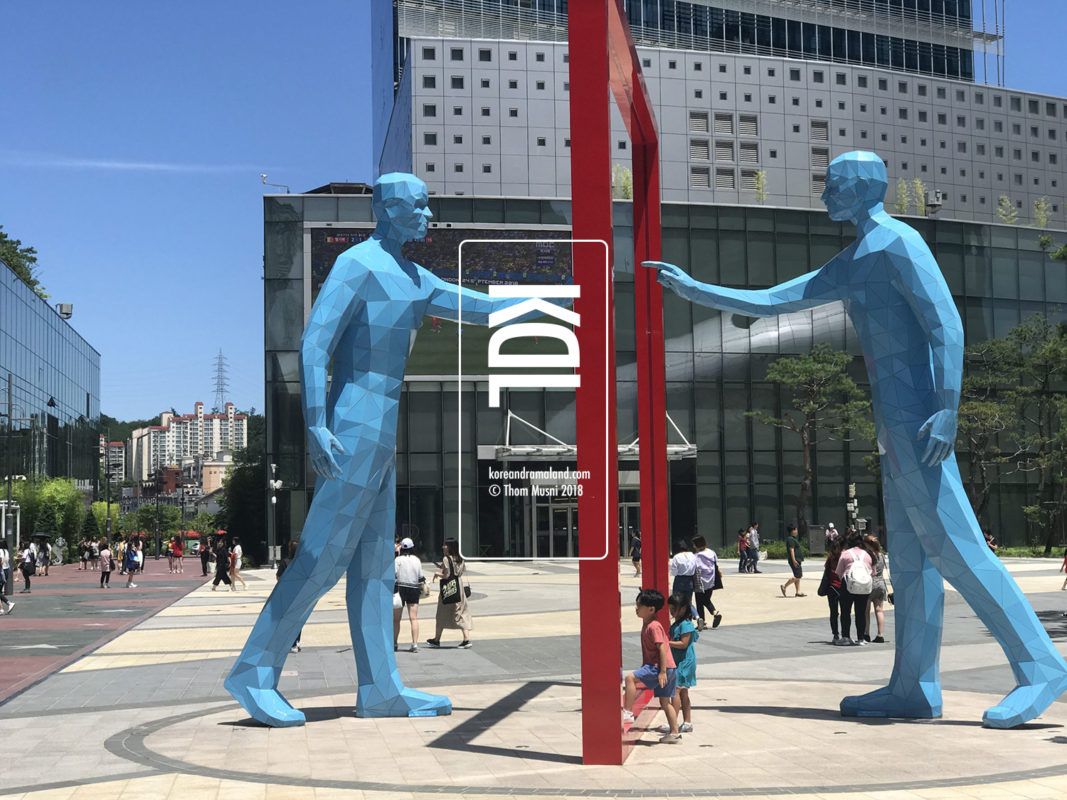 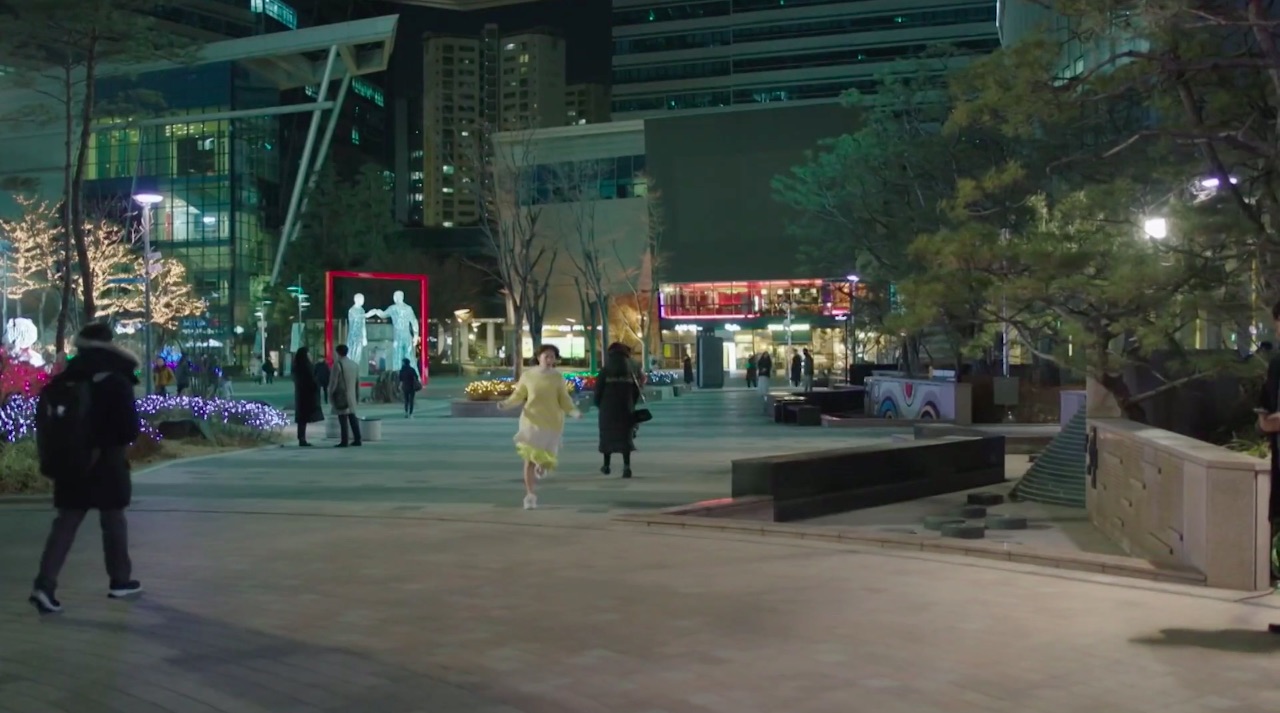 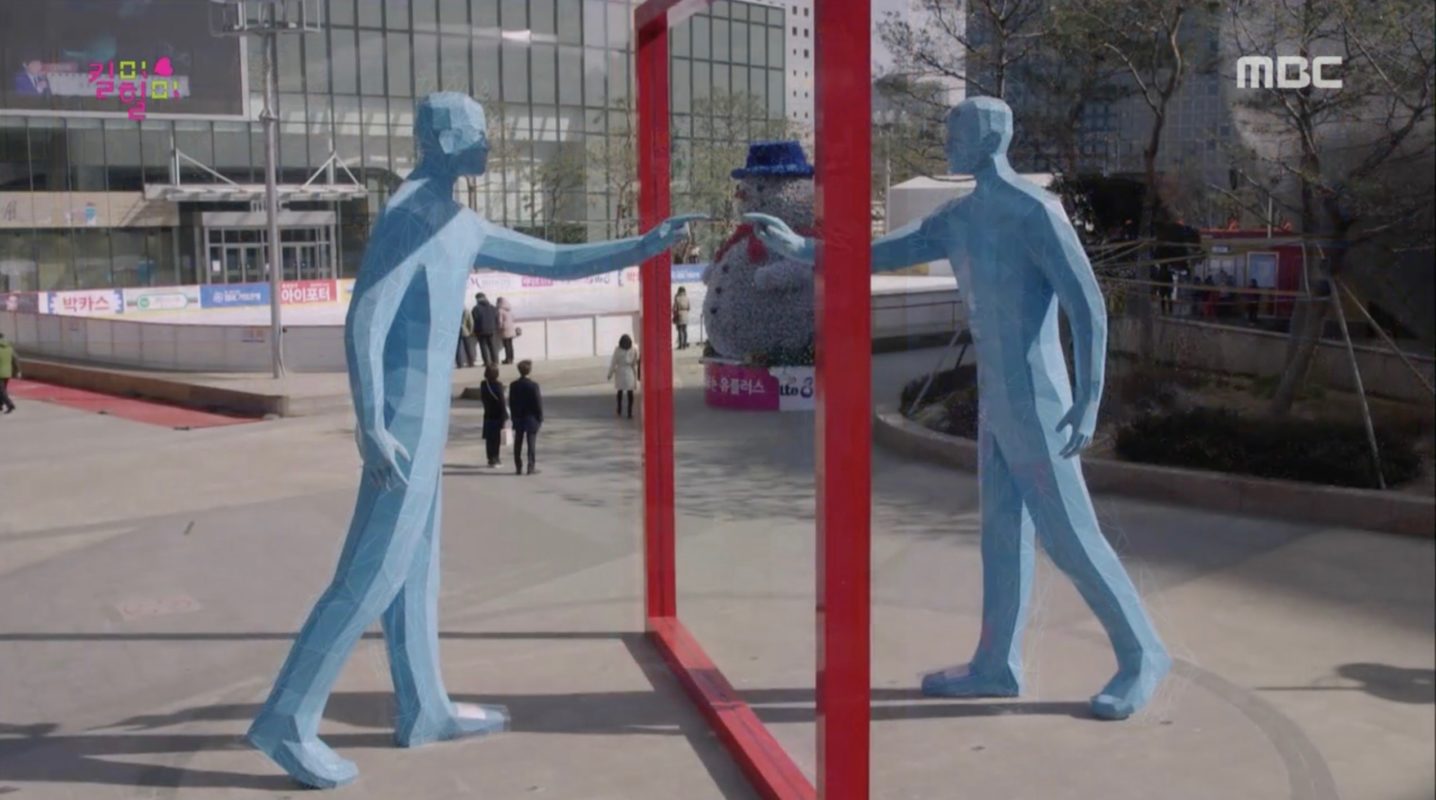 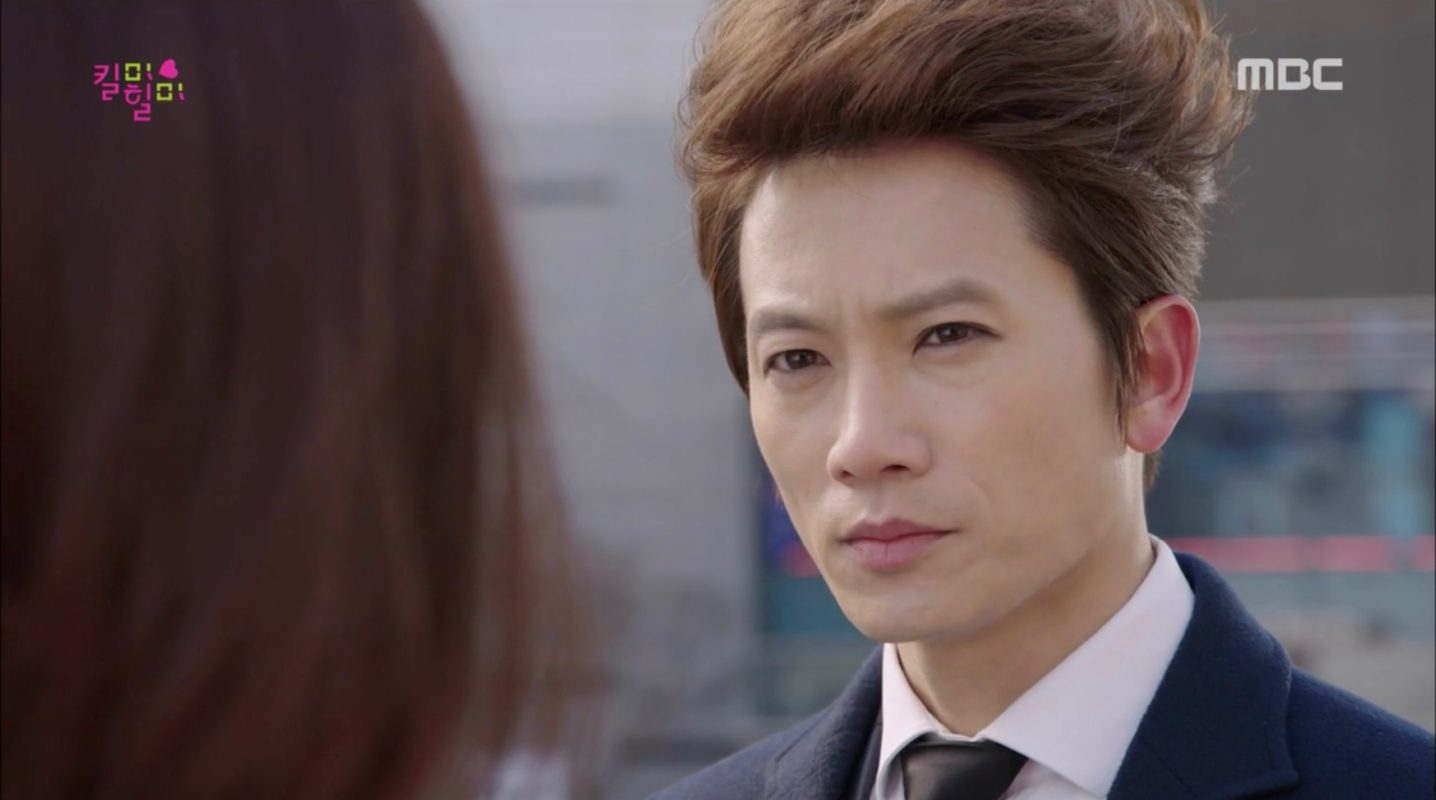 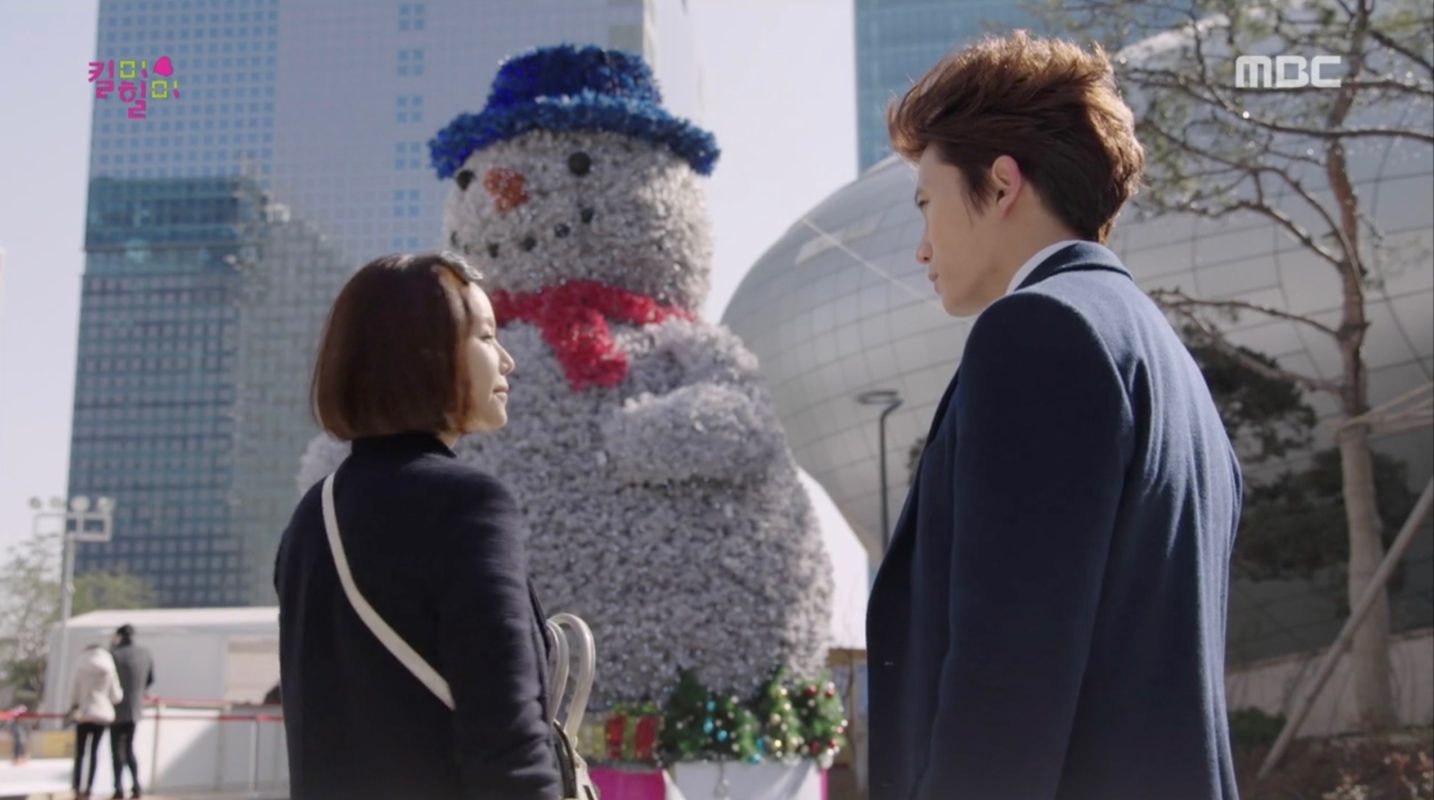 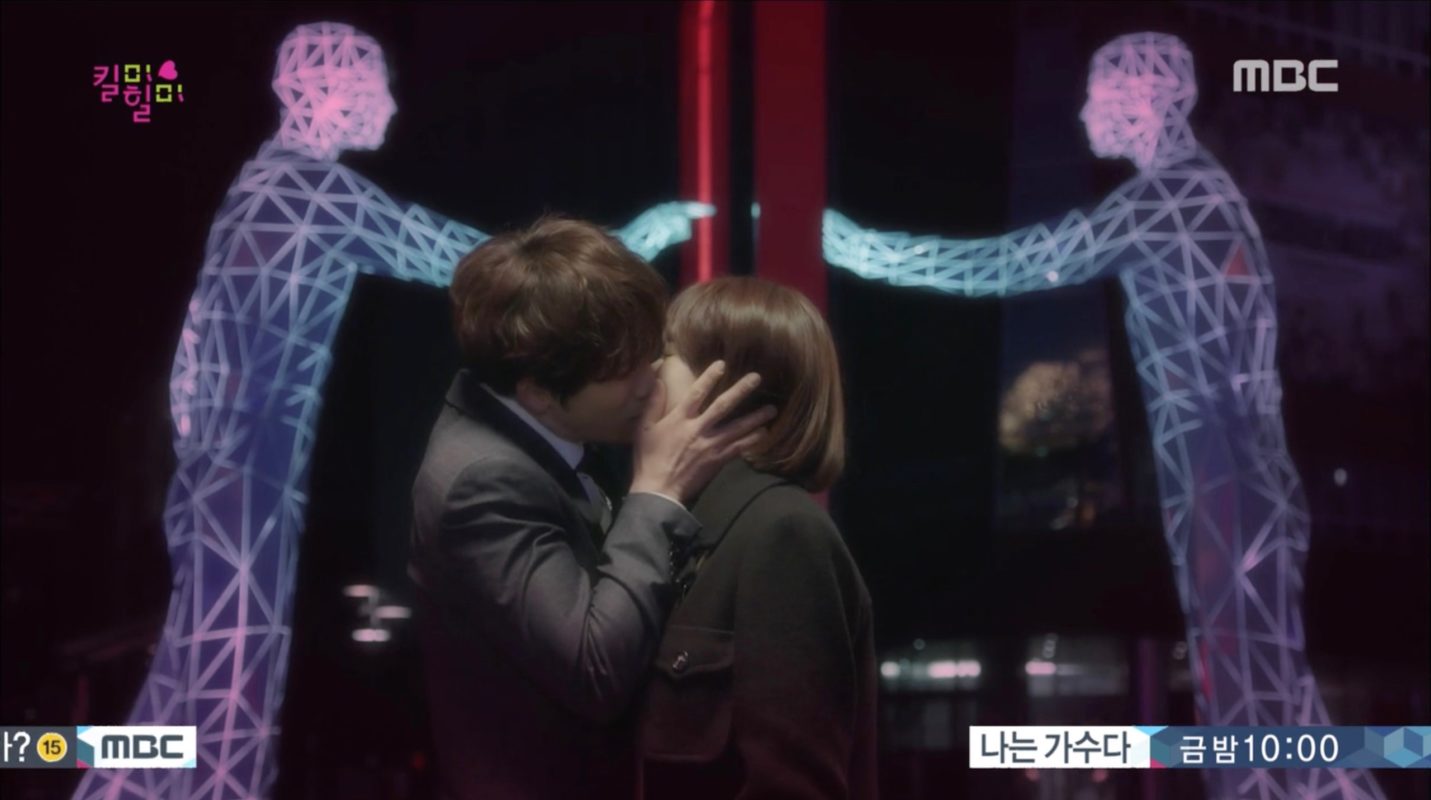 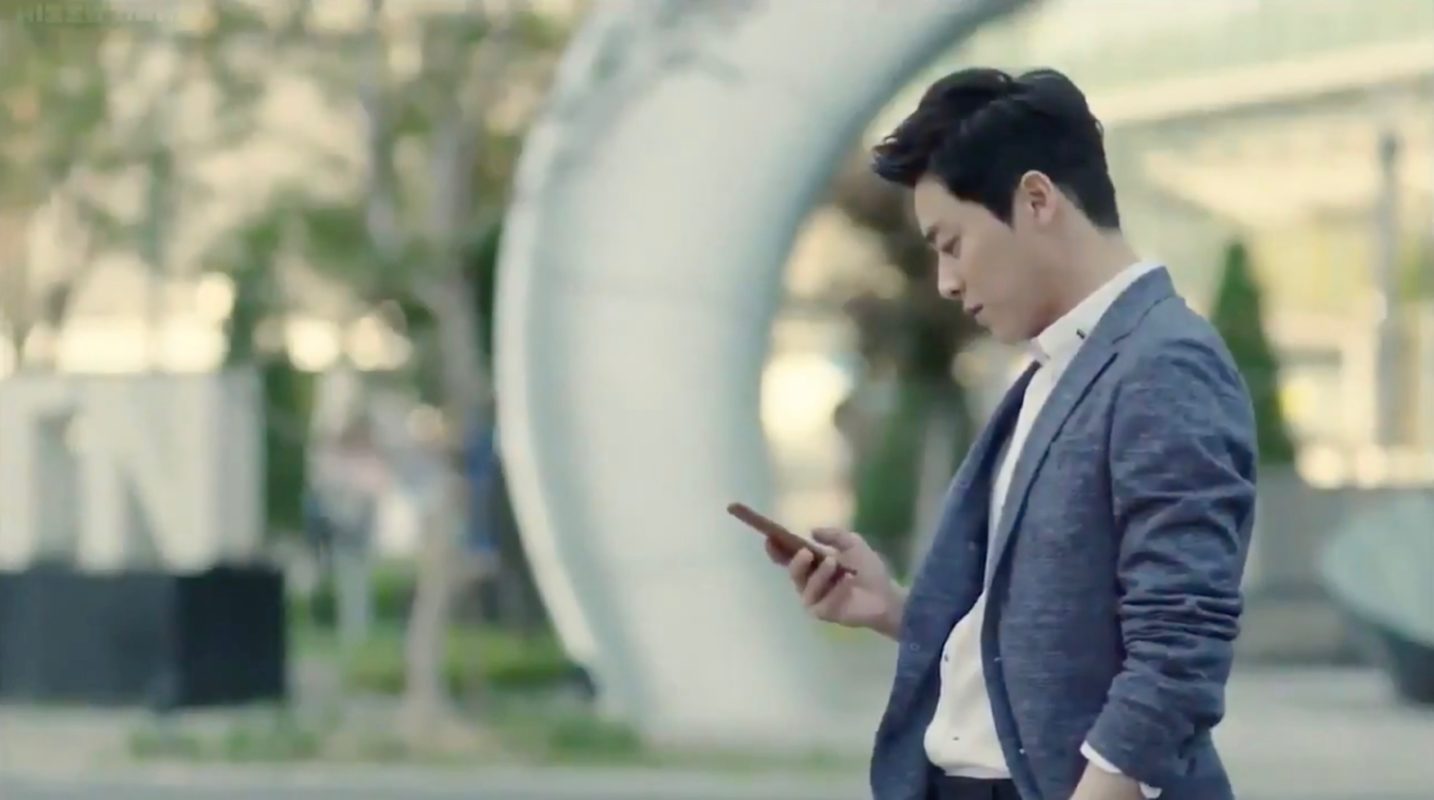 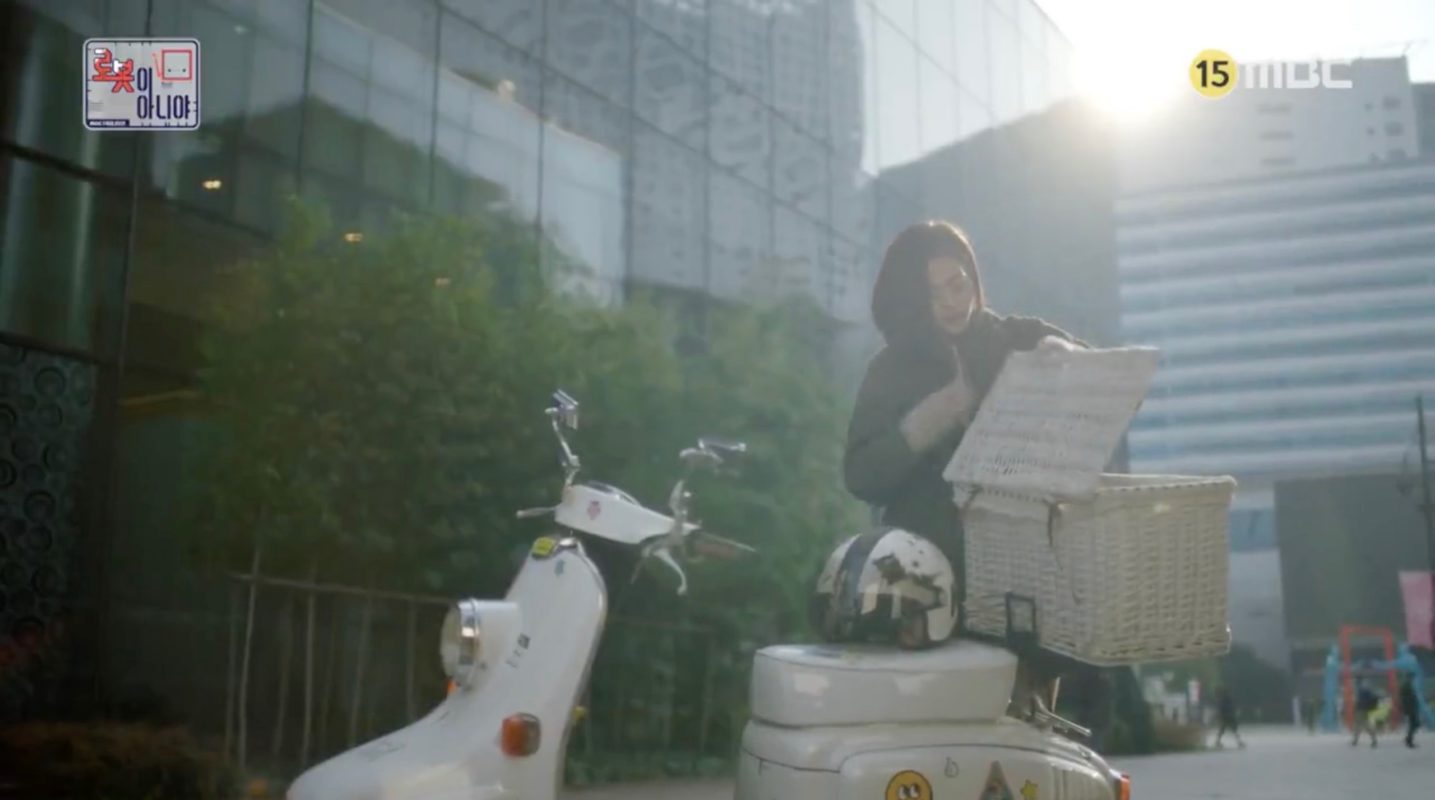 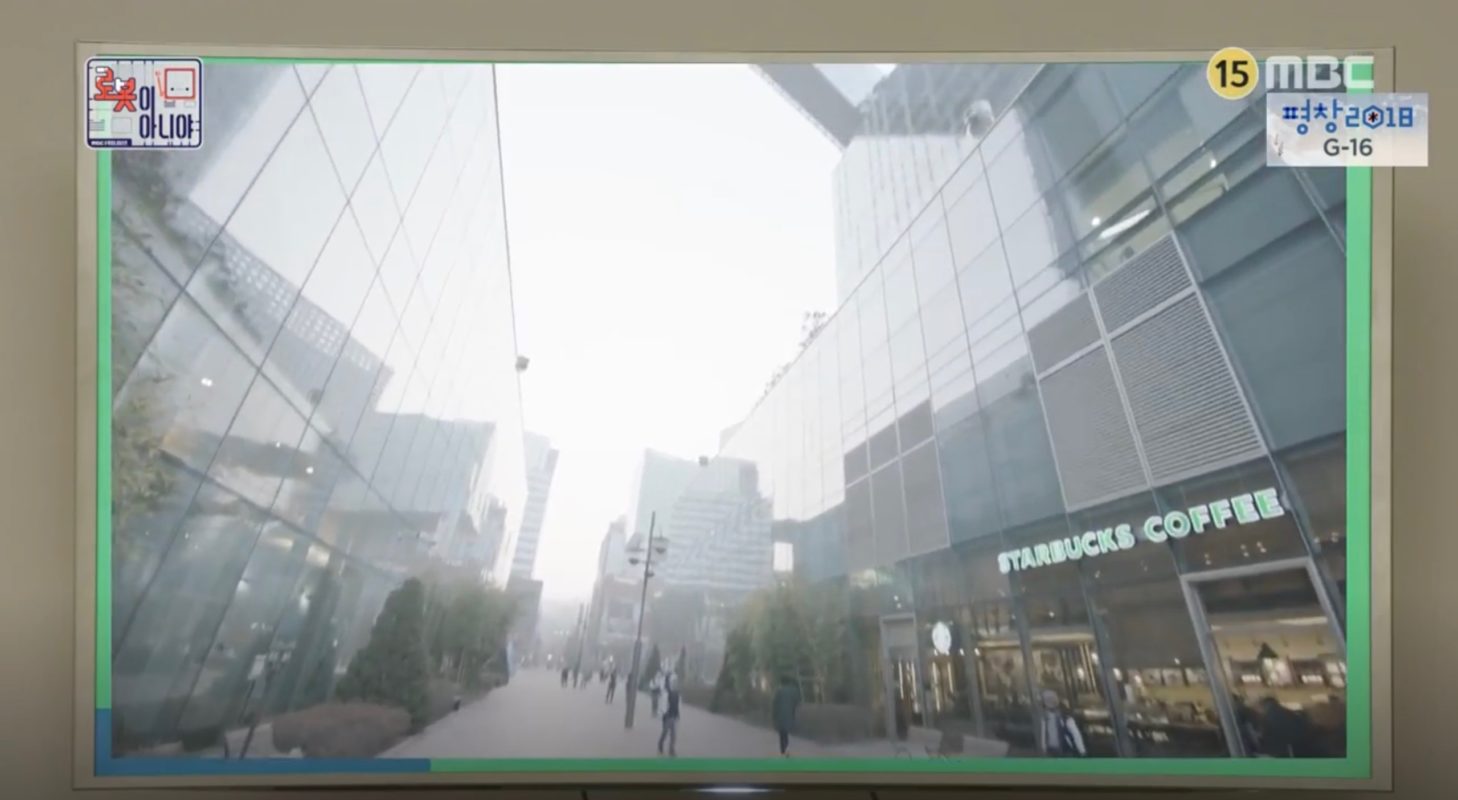 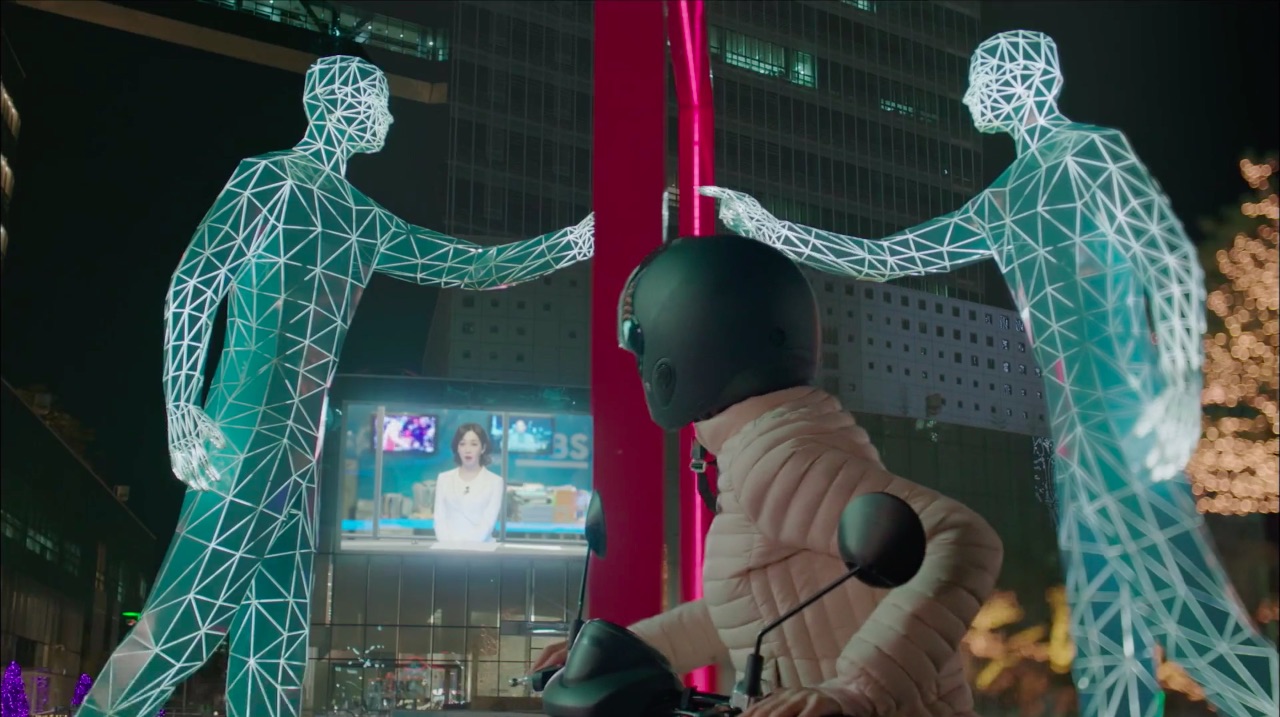 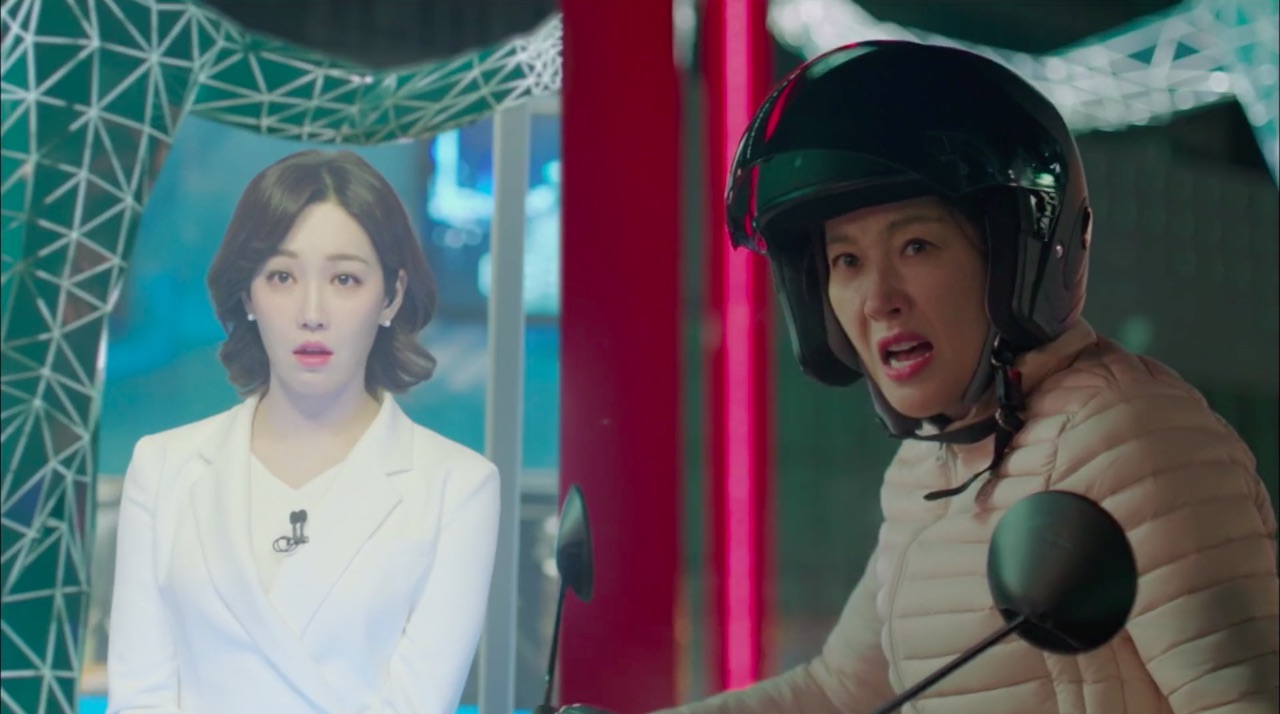 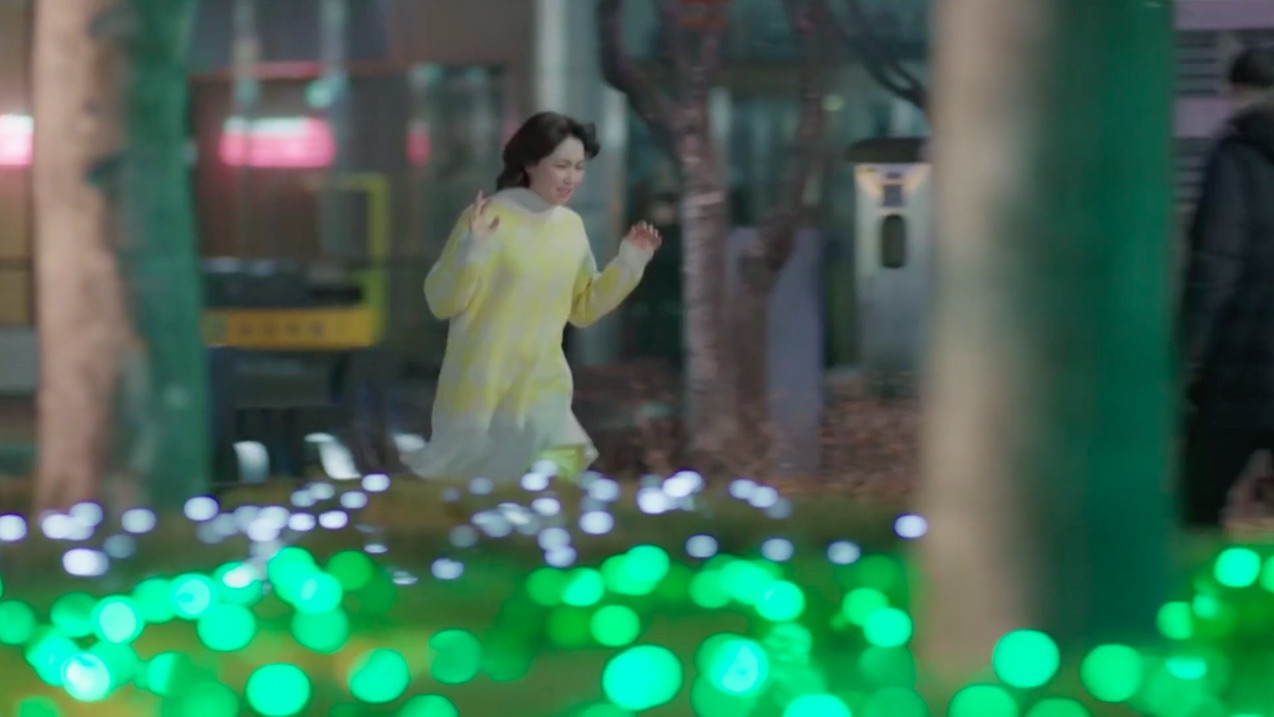 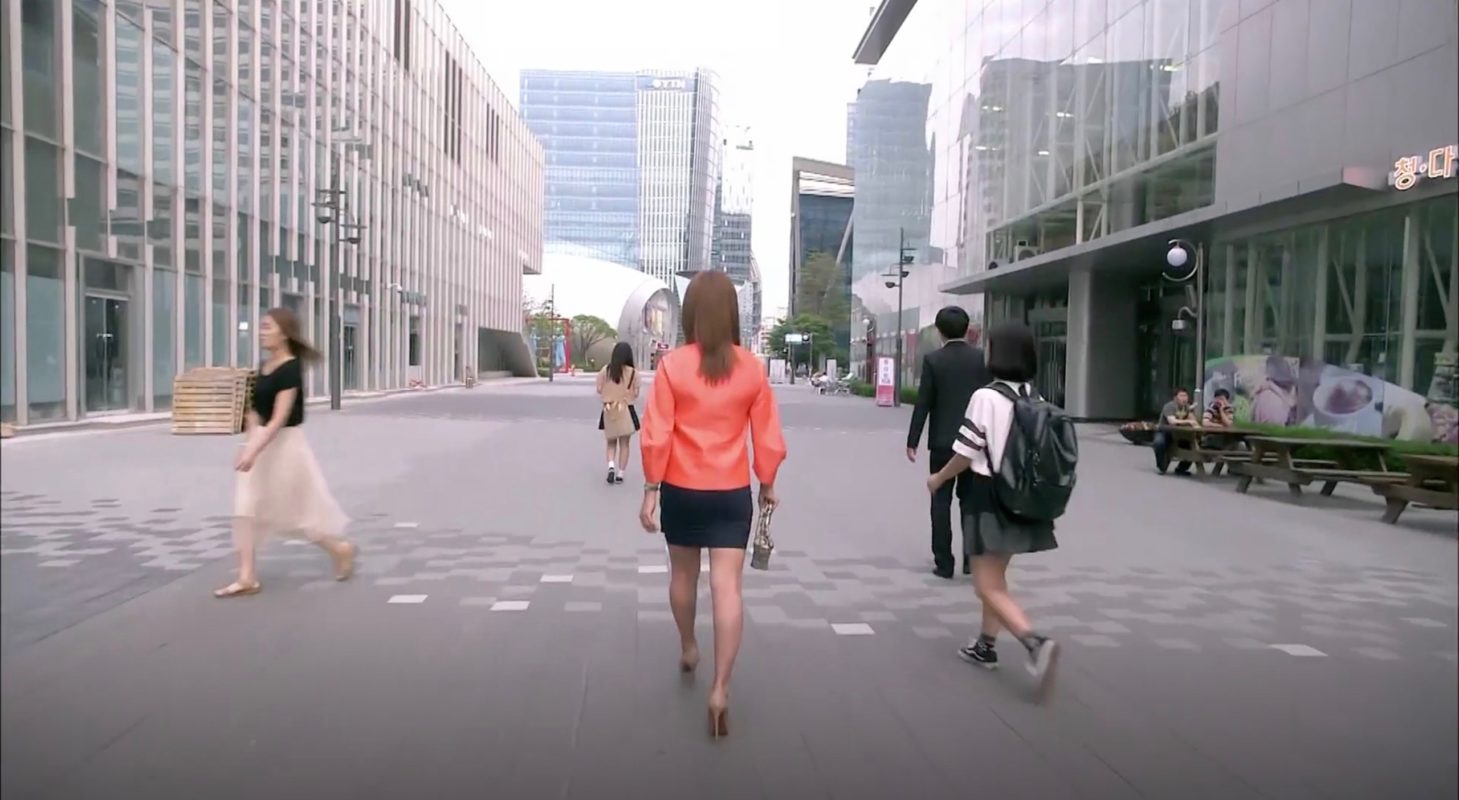 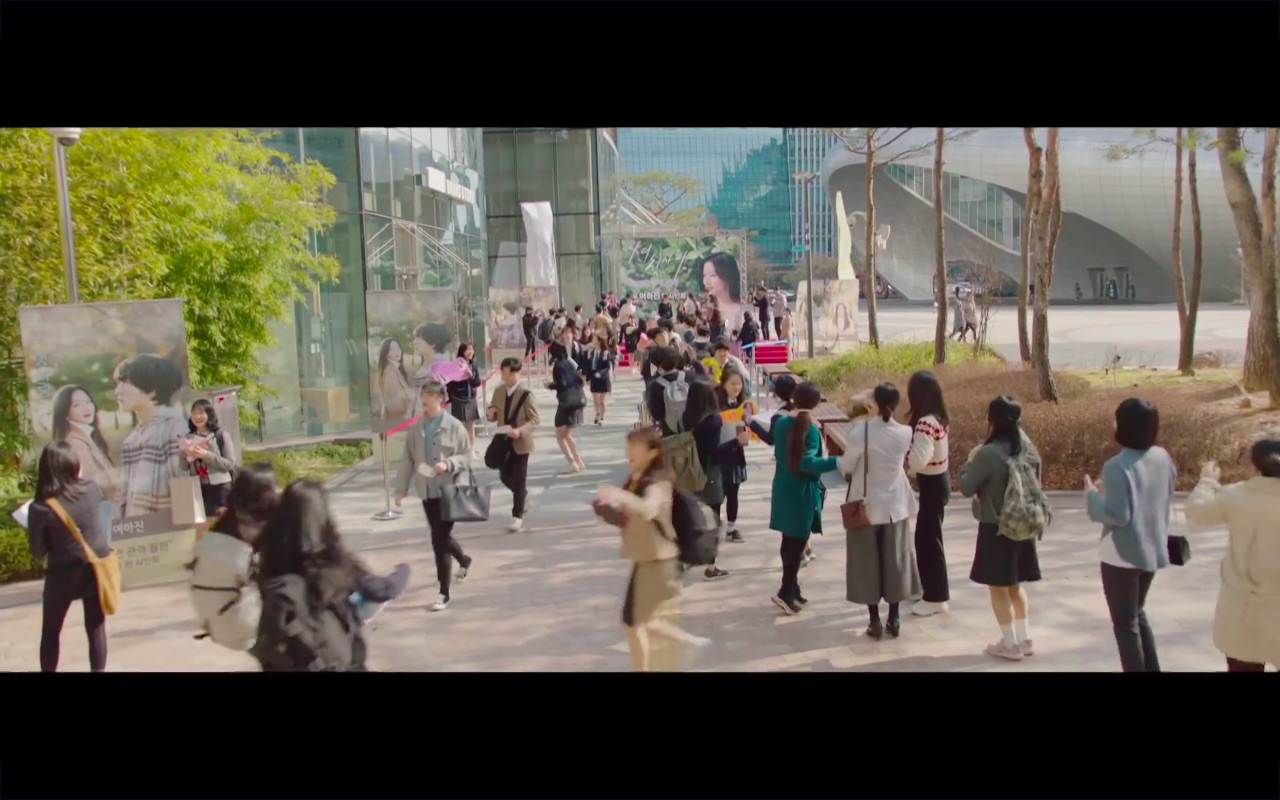 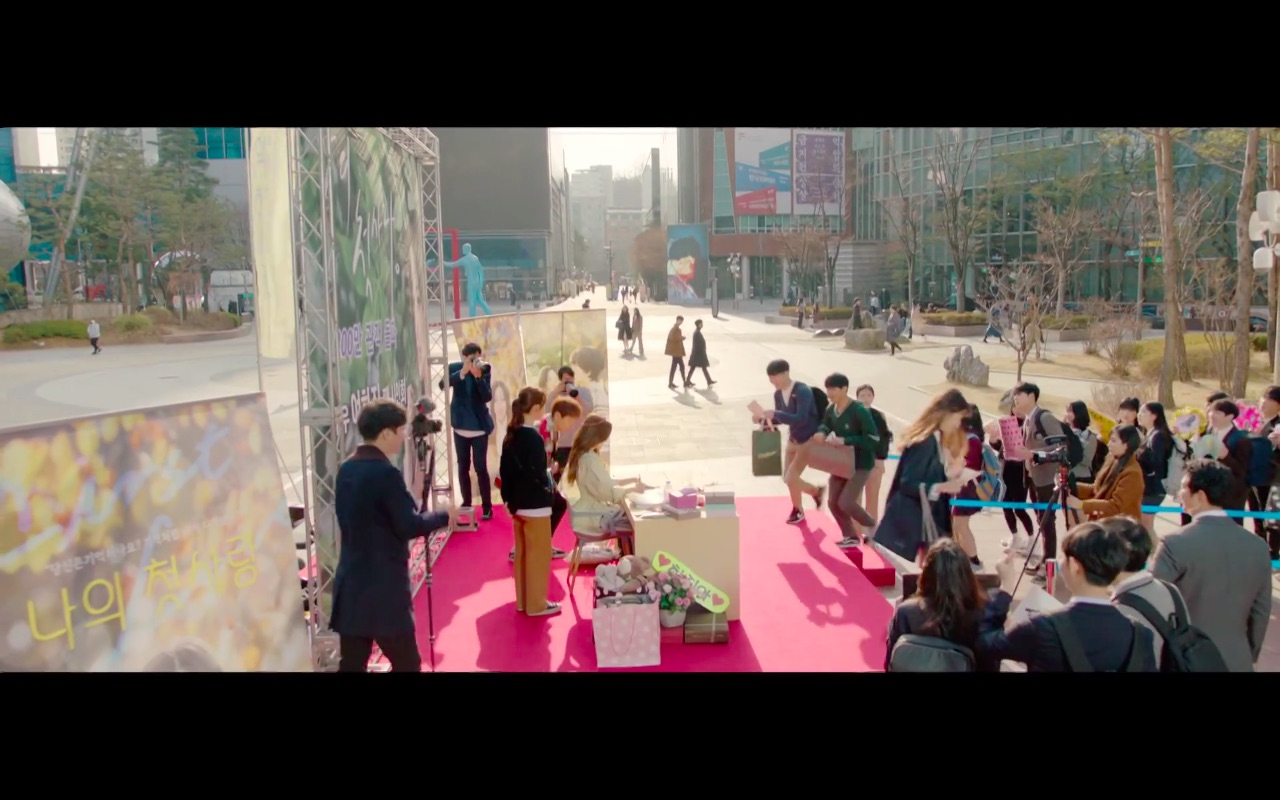 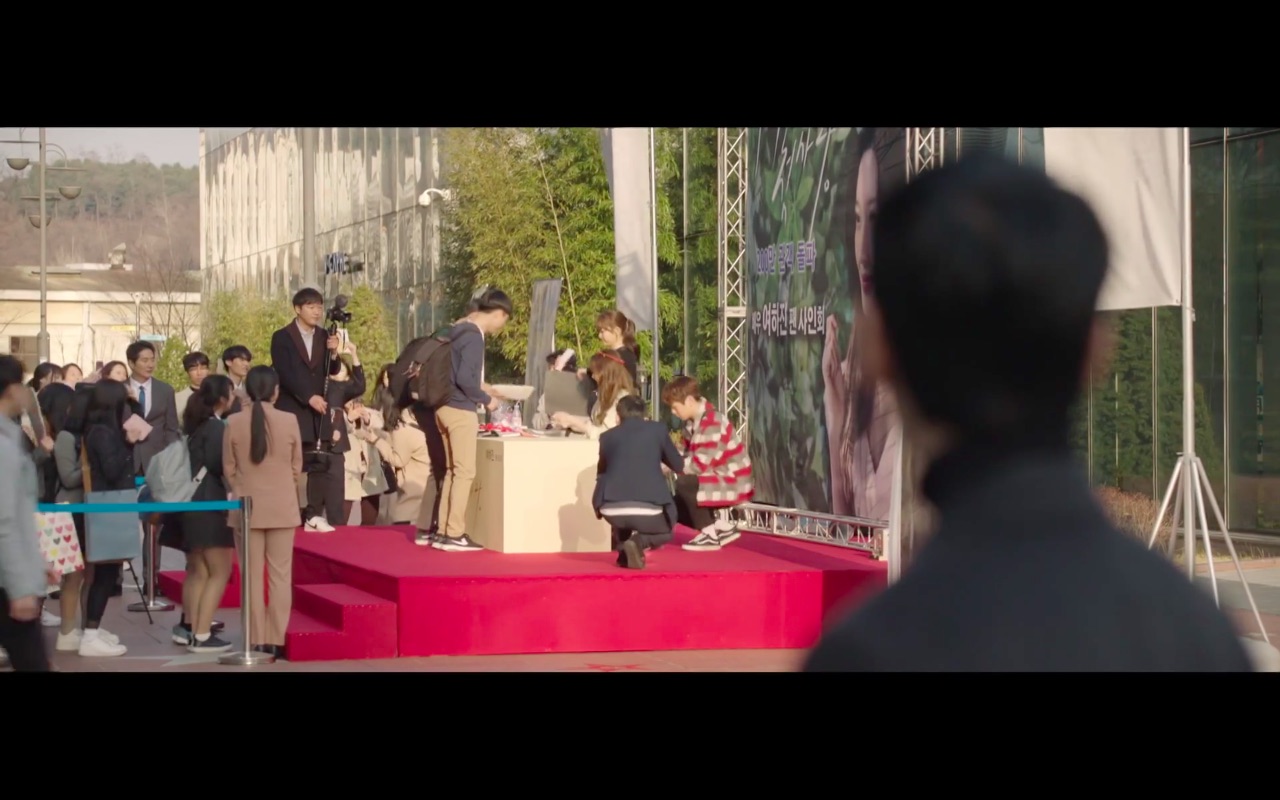 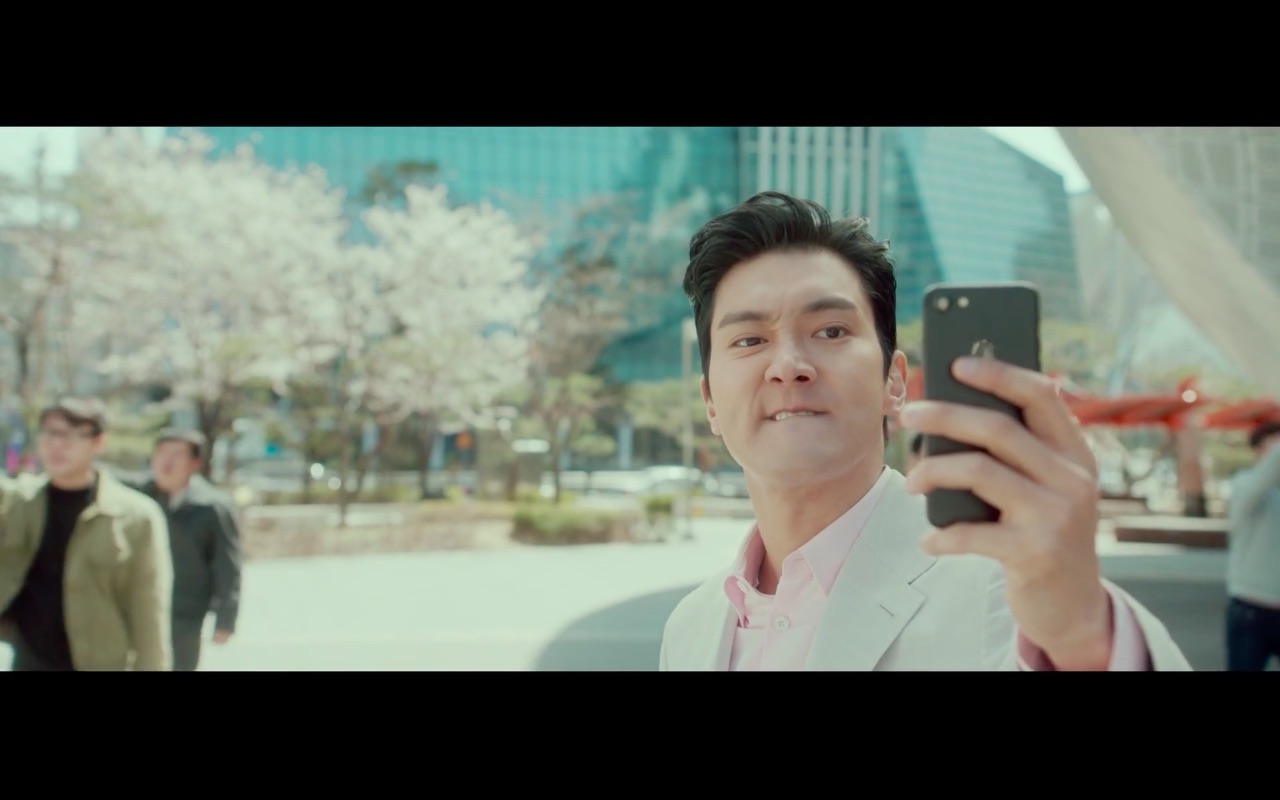 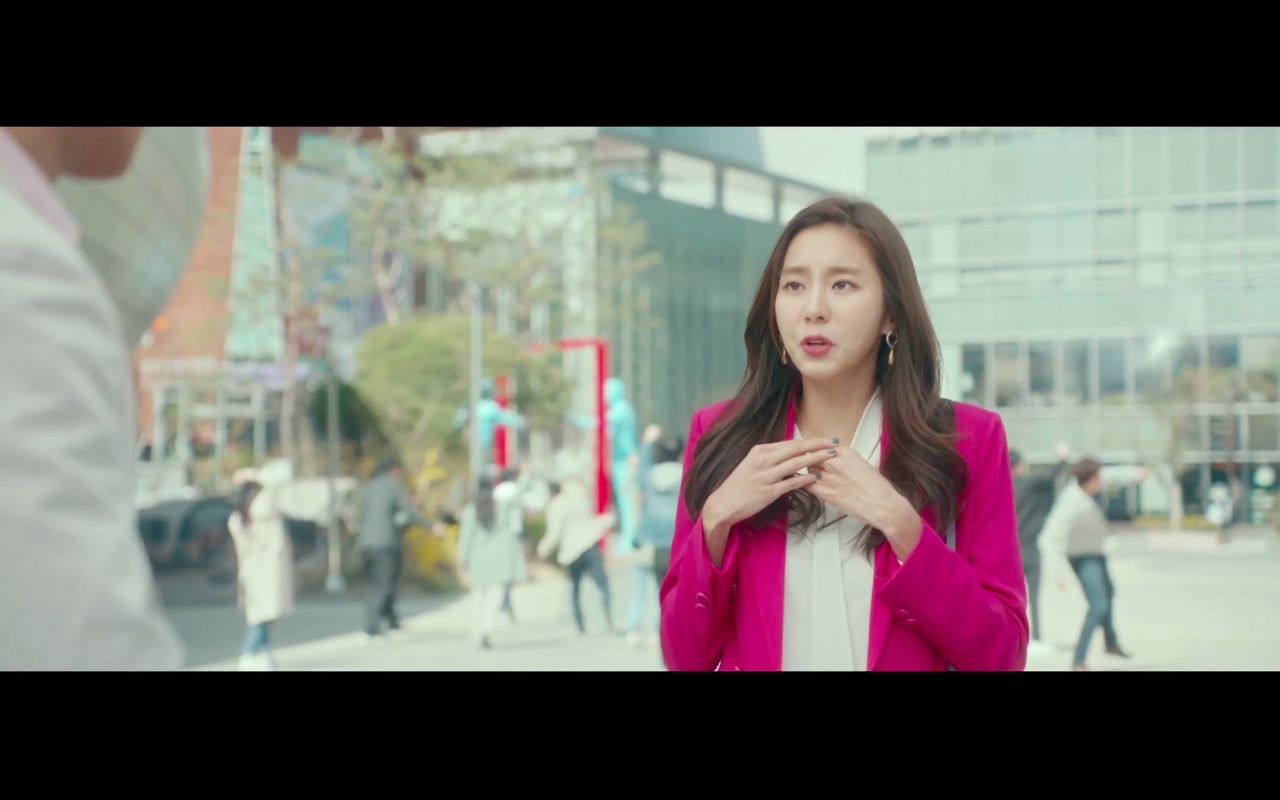 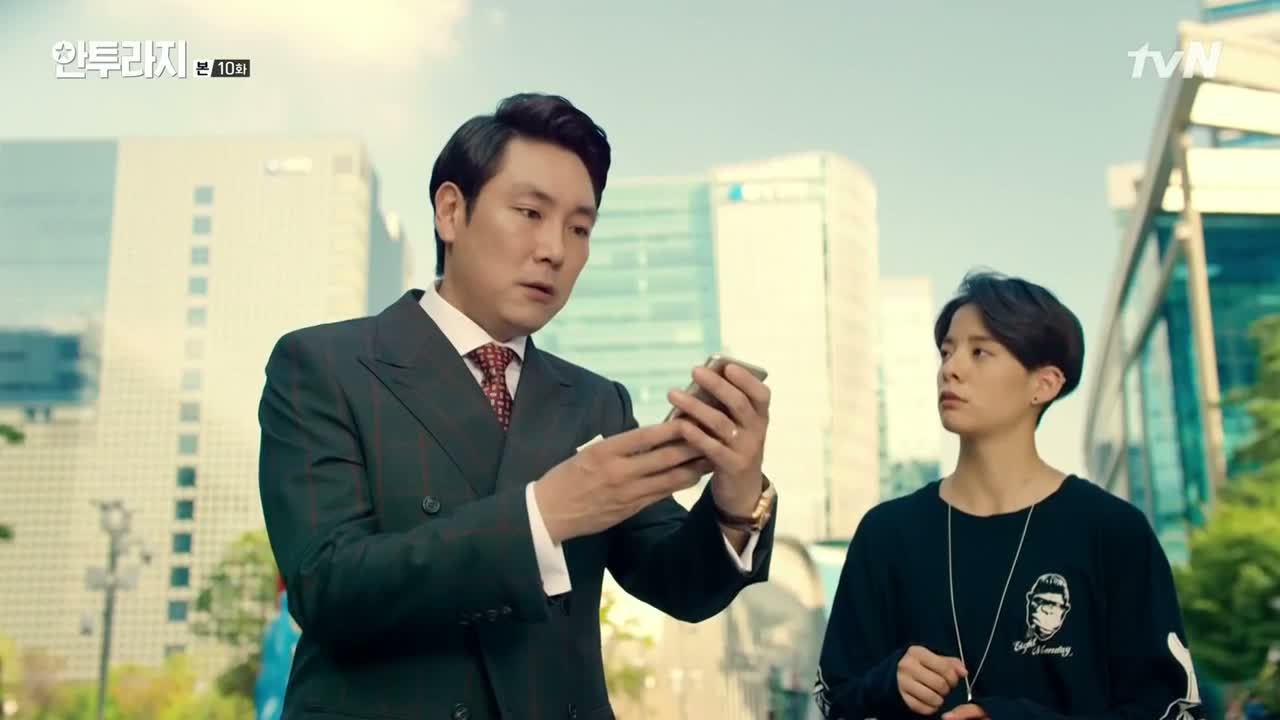 Yeo Ha-jin (Mun Ka-young) holds a fan signing here to promote her movie ‘My First Love’, in episode 7 (full episode 4) of Find Me in Your Memory (그 남자의 기억법) (MBC, 2020). Lee Jung-hoon (Kim Dong-wook) and Jo Il-kwon (Lee Jin-hyuk) spots her as they pass by the area. Jung-hoon is back here in episode 28 (full episode 14), on the phone with Ha-jin while on his way to the broadcasting studio.

Kim Eun-gab (Cho Jin-woong) had a meeting close-by to determine Cha Young-bin’s (Seo Kang-joon) role in a drama in episode 10 of Entourage (안투라지) (tvN, 2016) and Jay Jung (Amber Josephine Liu /Amber of f(x)) joins him at this square and keeps asking him what’s his plan from now on.

Sangam Culture Square [상암문화광장] is a public square that is located in Seoul’s neighborhood Sangam-dong [상암동], in the Mapo District [Mapo-gu/마포구], and sits right in the heart of Sangam Digital Media City. It is framed by MBC Broadcasting Station Building and the Korean Film Archive (한국영상자료원) [KOFA] as well as buildings of 24h news channel broadcaster YTN and the SBS Prism Tower [SBS프리즘타워]. The sculpture in the middle of the square —named ‘Square M – Communication’— was installed in 2013 and symbolizes the encounter and communication between humans and the world through the media (represented by the square frame).

— Spring Turns To Spring, Find Me In Your Memory, SF8 added by Mich KDL
— Entourage added by Haru