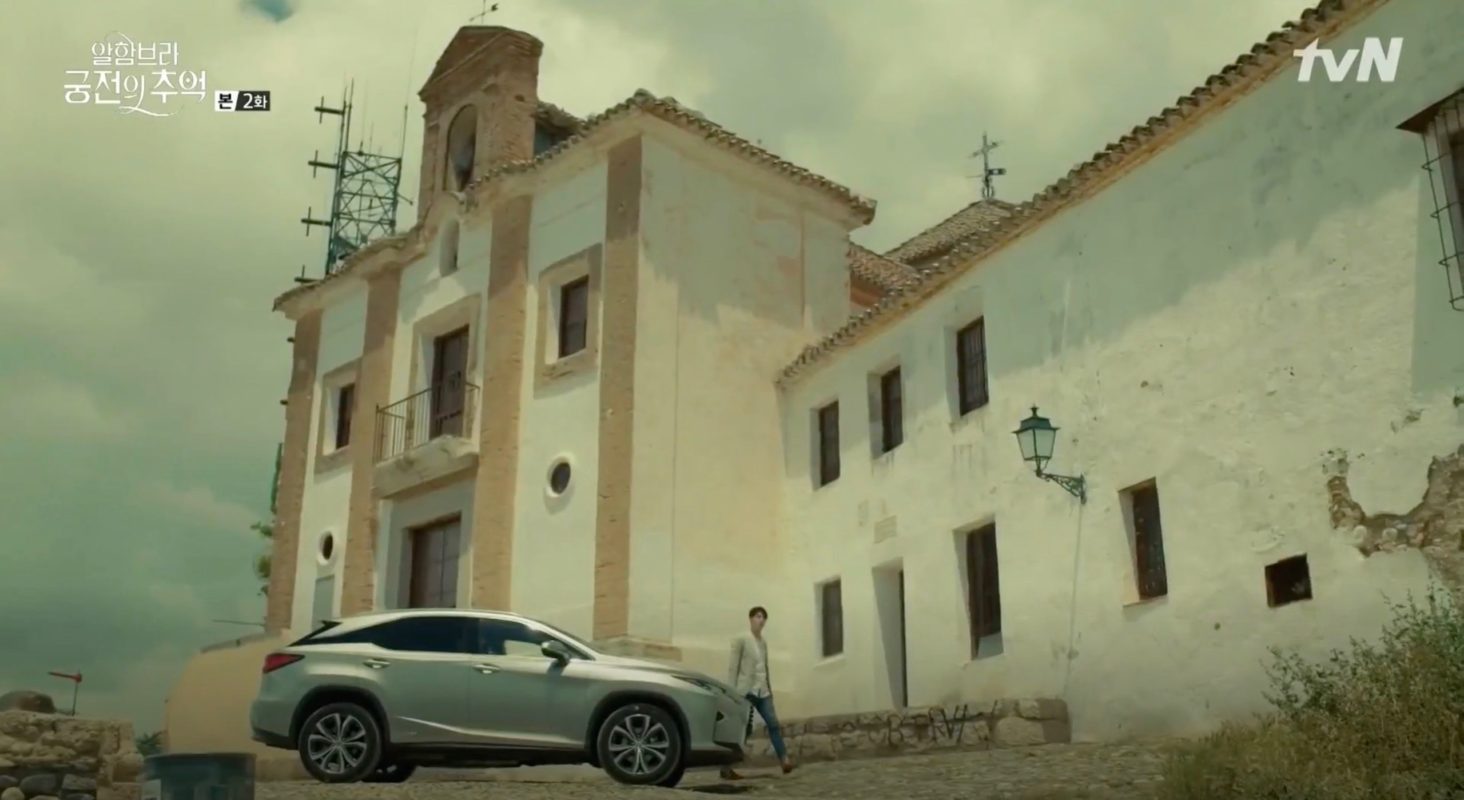 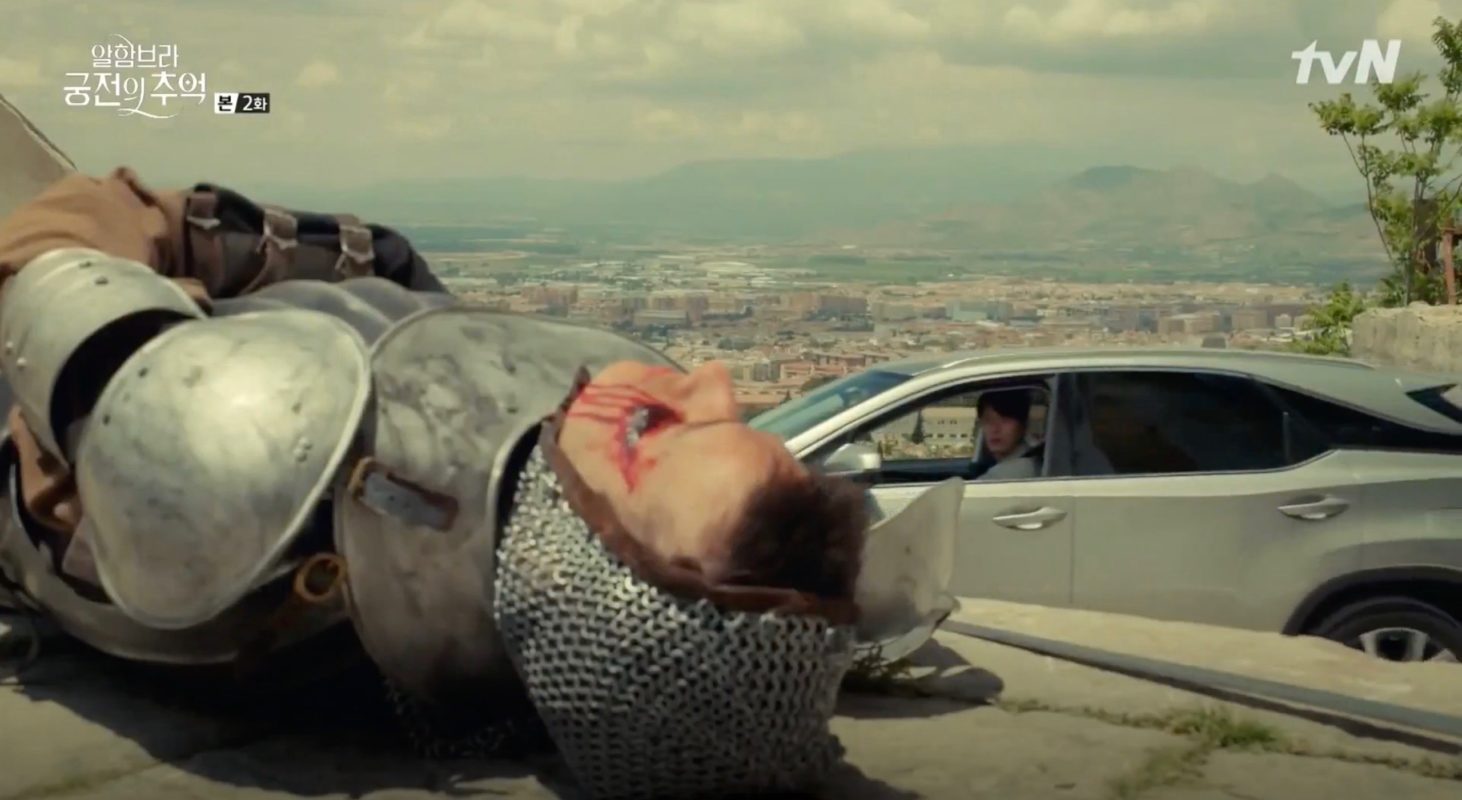 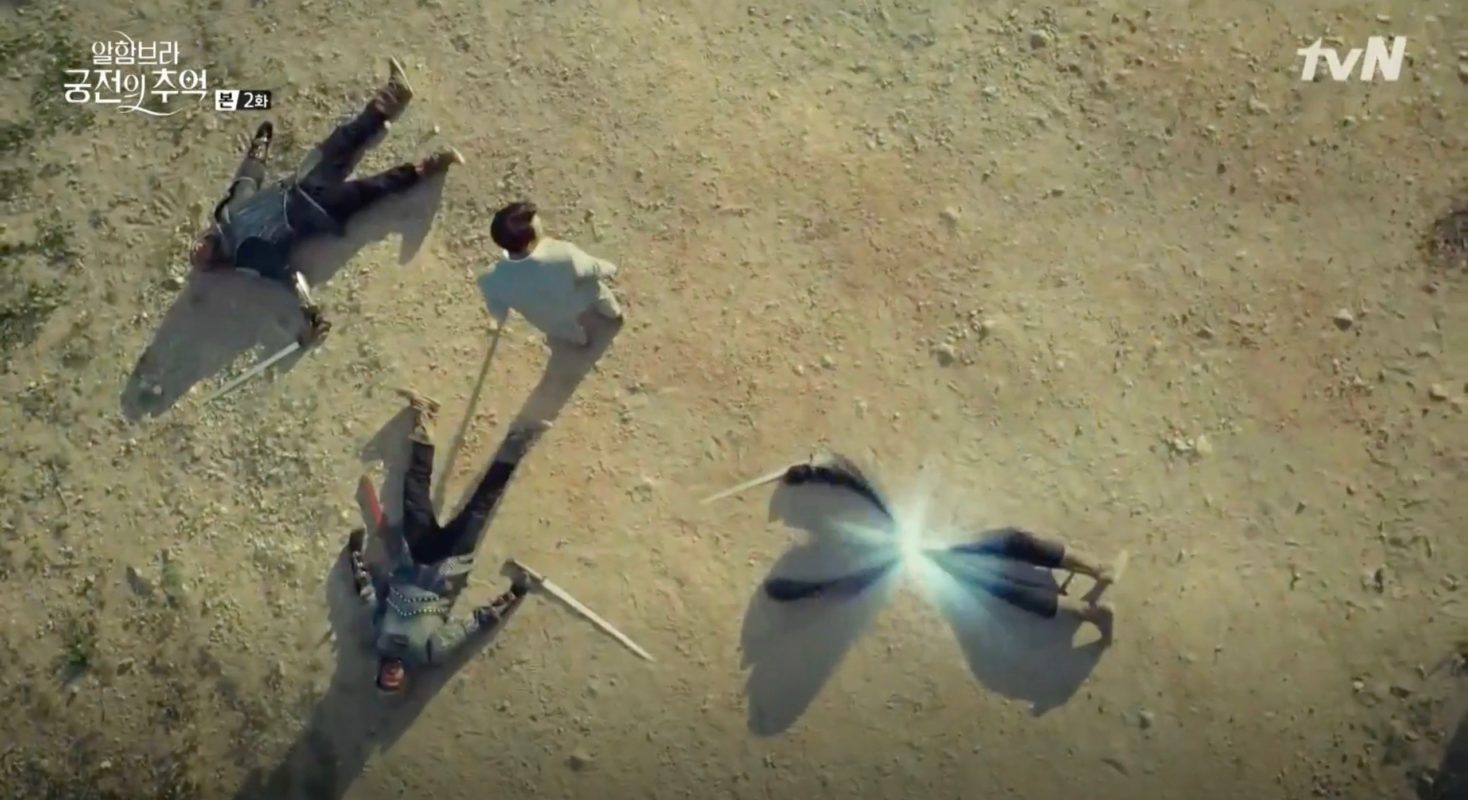 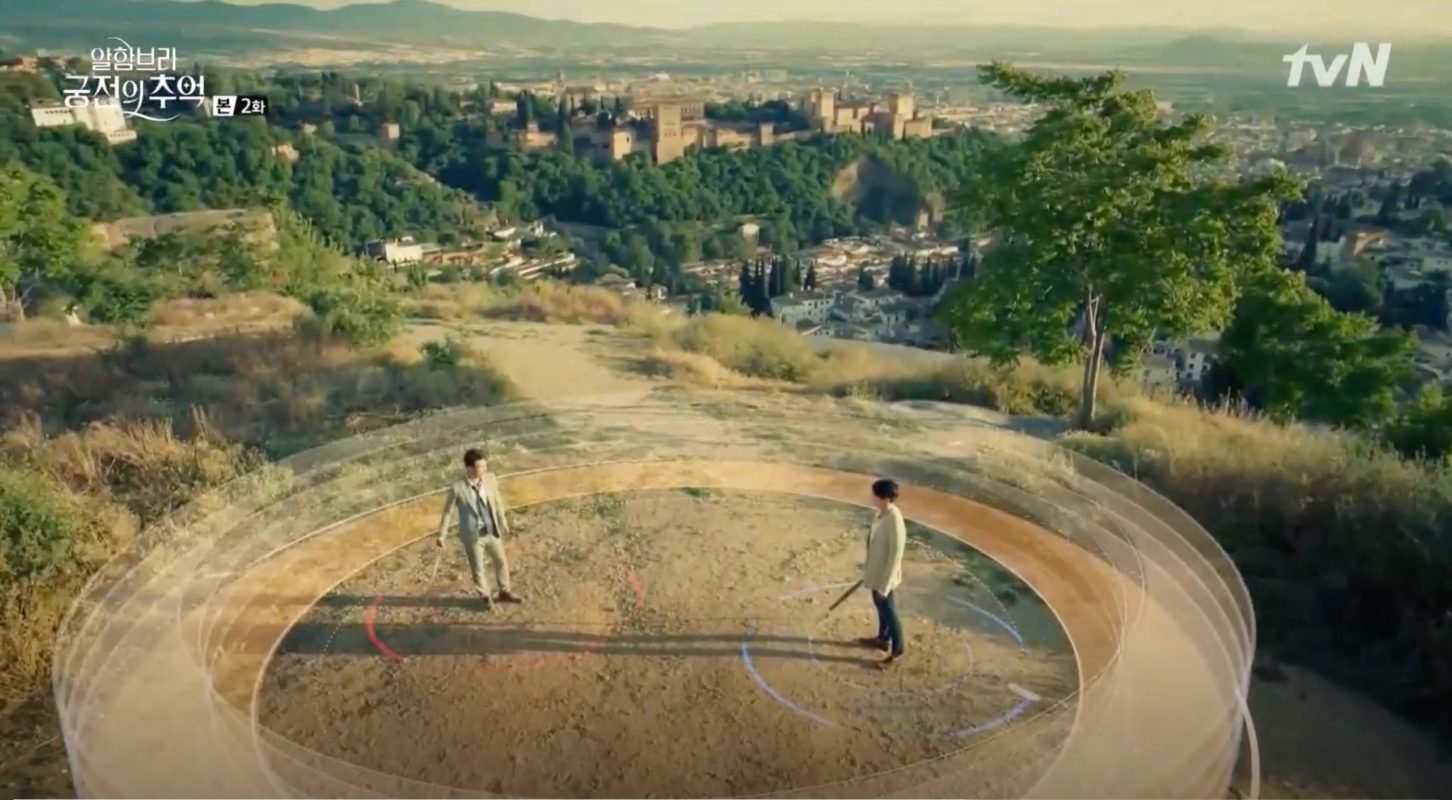 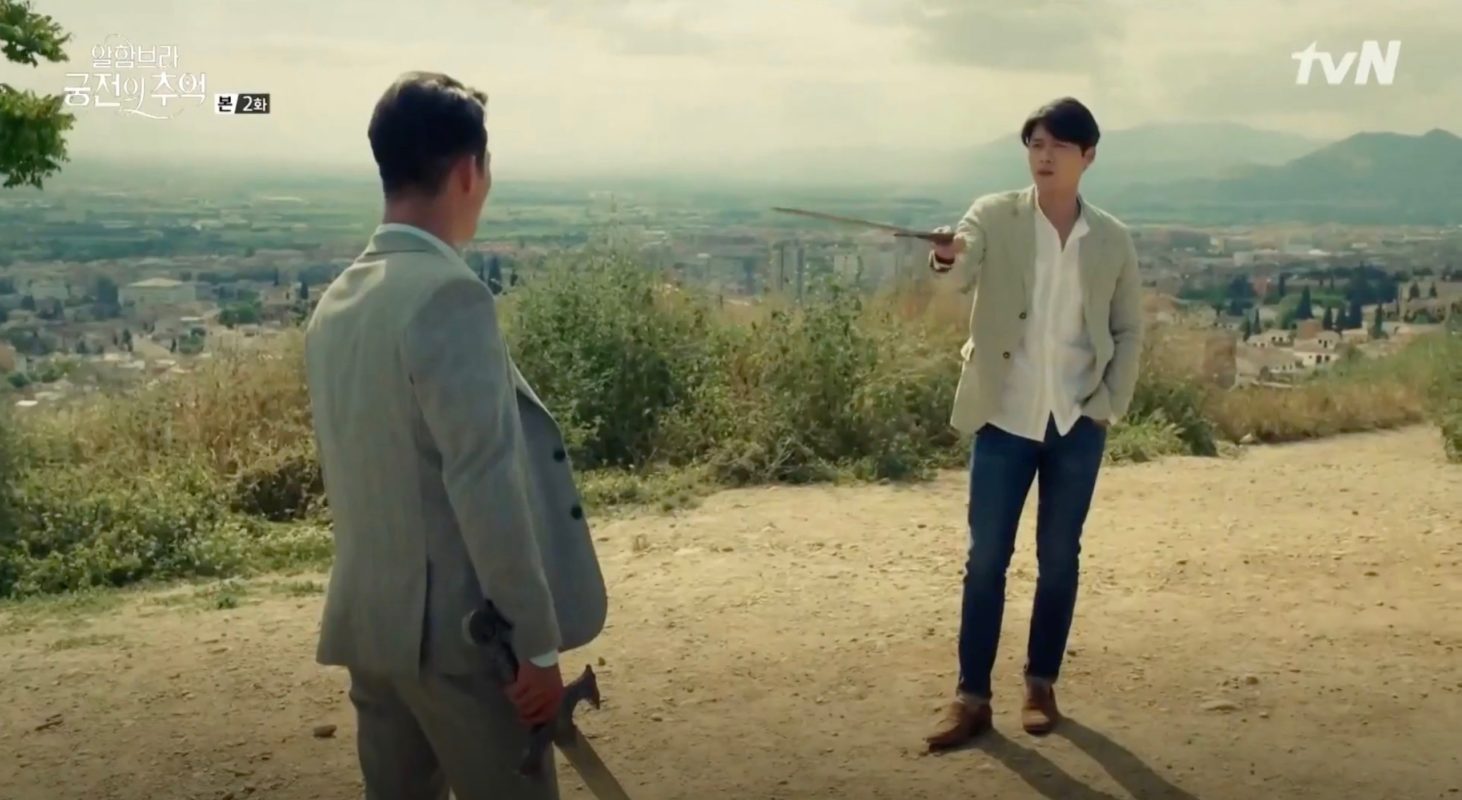 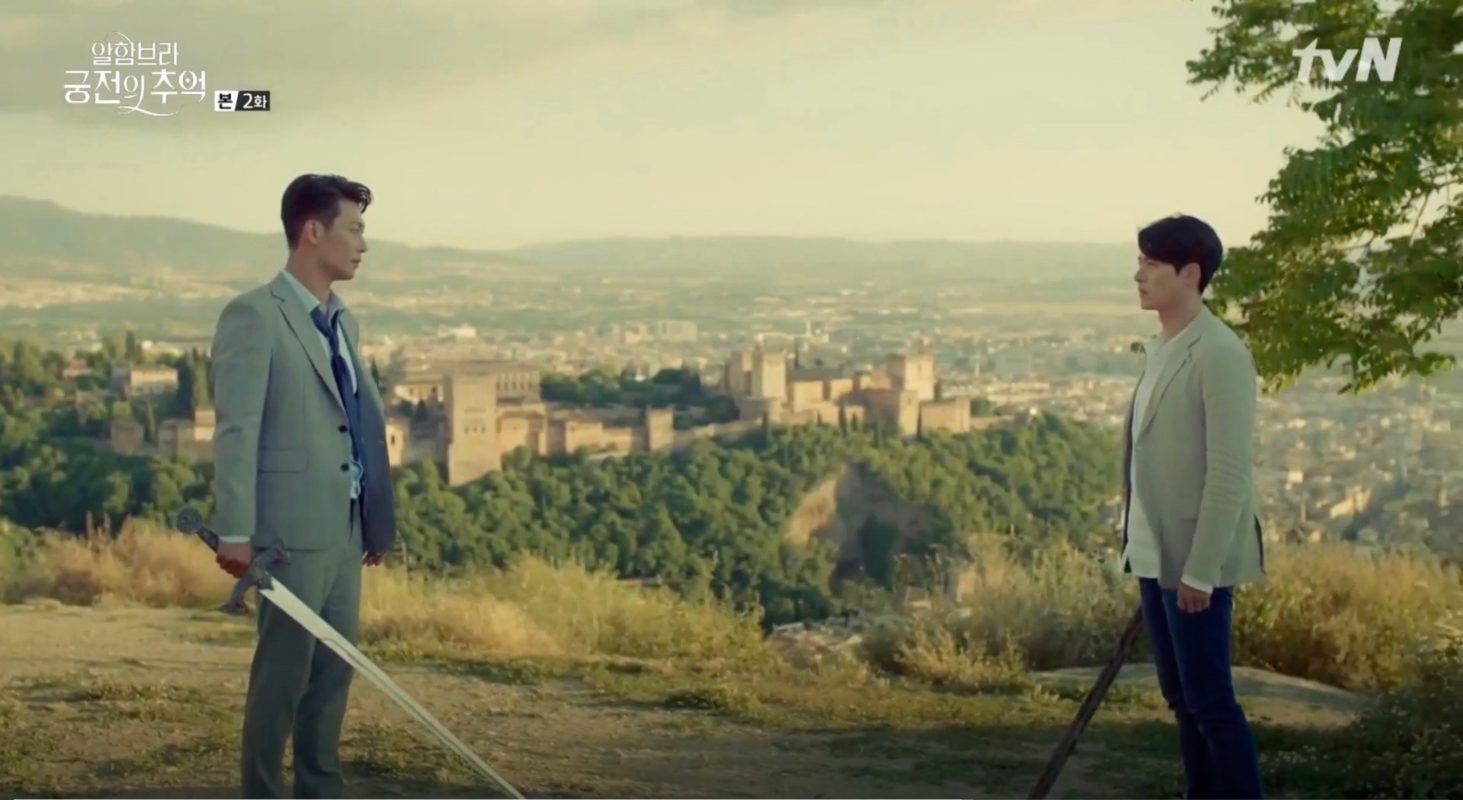 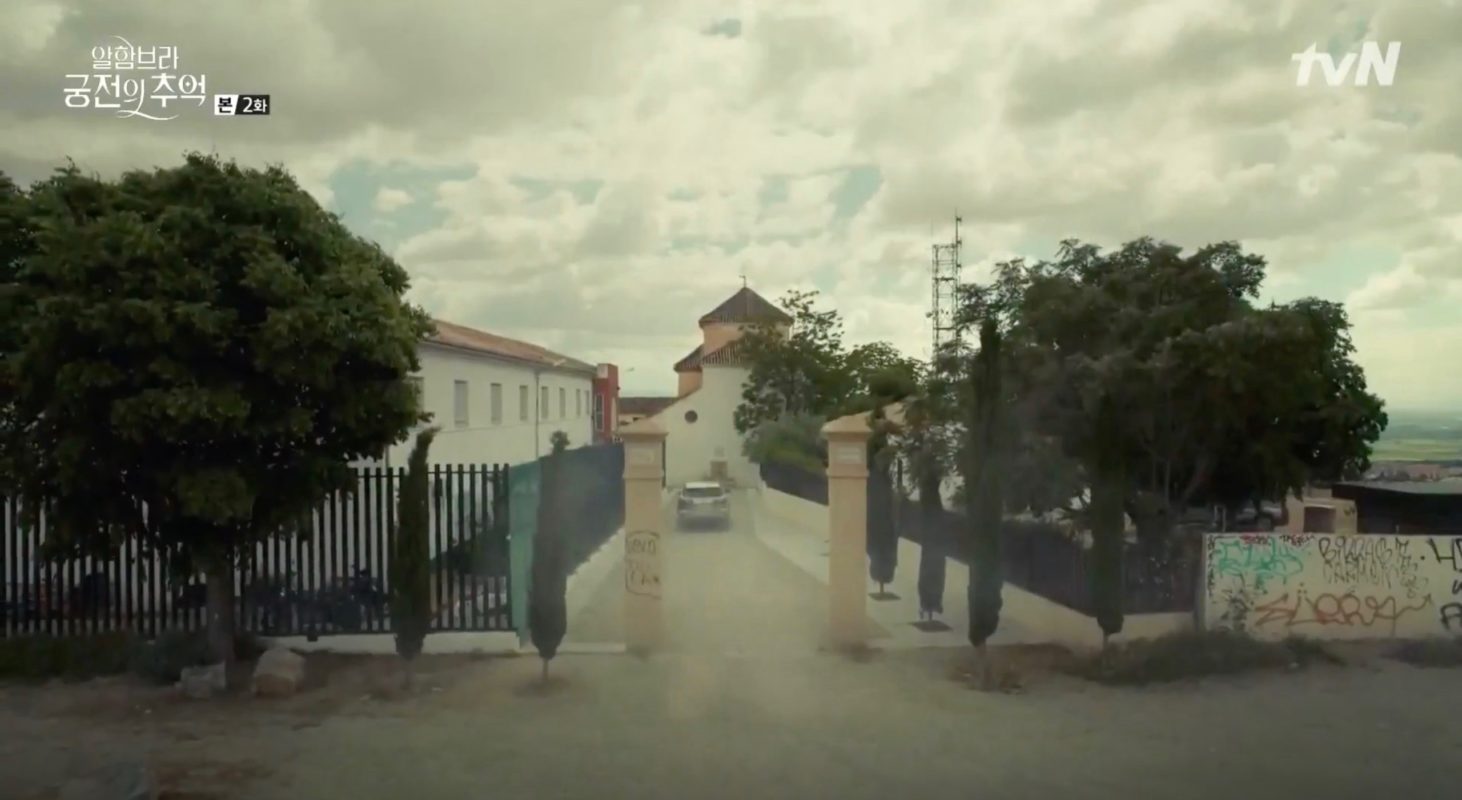 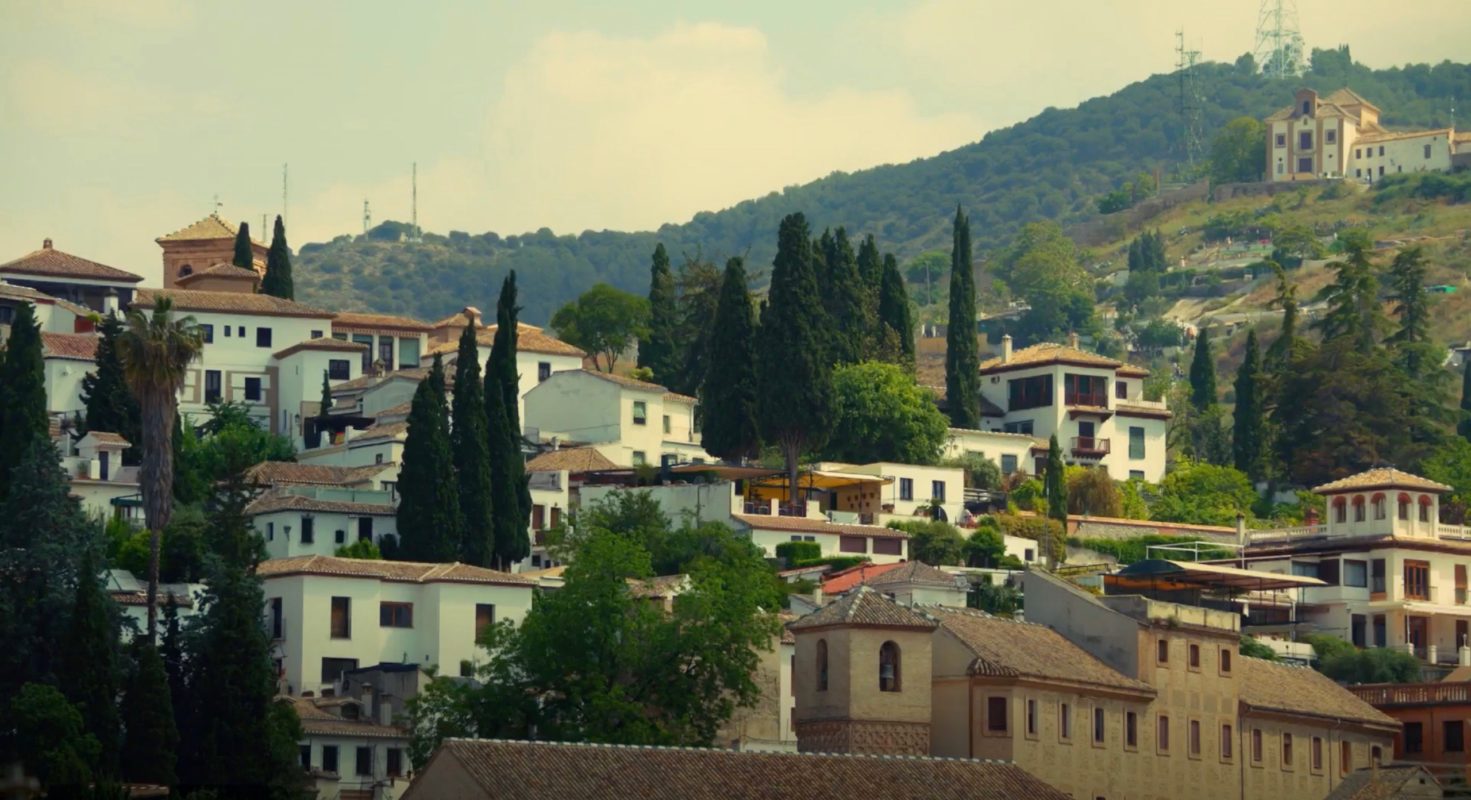 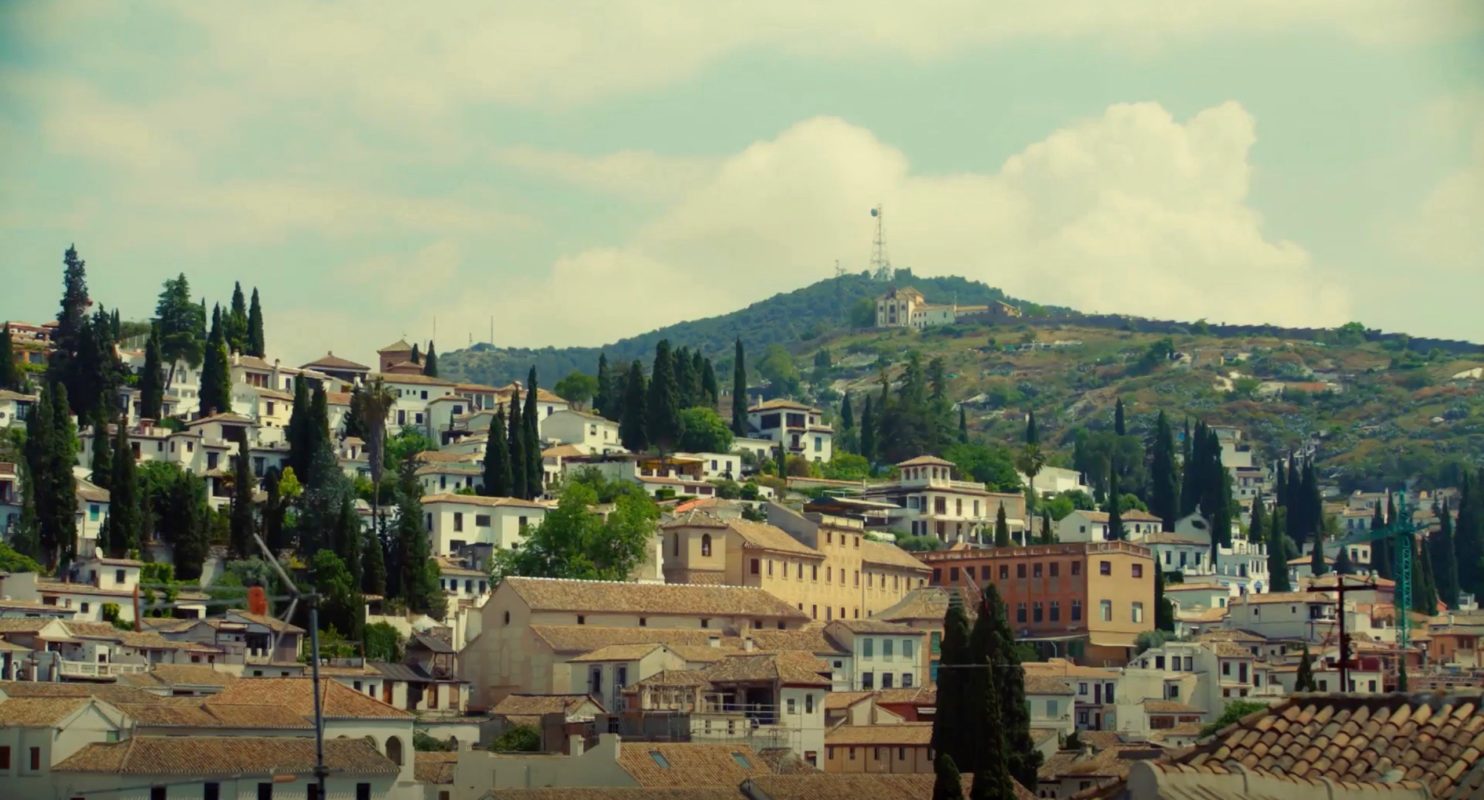 When entering the AR game, Yoo Jin-Woo (Hyun-Bin) learns that there is a second user and he comes here in episode 2 of Memories of the Alhambra (알함브라 궁전의 추억) (tvN, 2018-19) and finds his real life enemy Cha Hyung-Seok (Park Hoon) logged also into the game surrounded with Argon guards he has killed.

San Miguel Alto Shrine [Ermita de San Miguel Alto], established in 1671 and now closed, was a hermitage dedicated to the archangel San Miguel. Because of its strategic emplacement, it was destroyed beginning of the 19th century during the French occupation of the city and rebuilt a few years later. The archangel’s San Miguel feast is celebrated here annually on Michaelmas Day, September 29.
It is the highest point of Granada’s Albaicín District and offers a spectacular view of the city and most people walk up the quite steep climb for it.

Getting here
Granada Train Station [Estación de Granada]
Prepare for quite a walk.