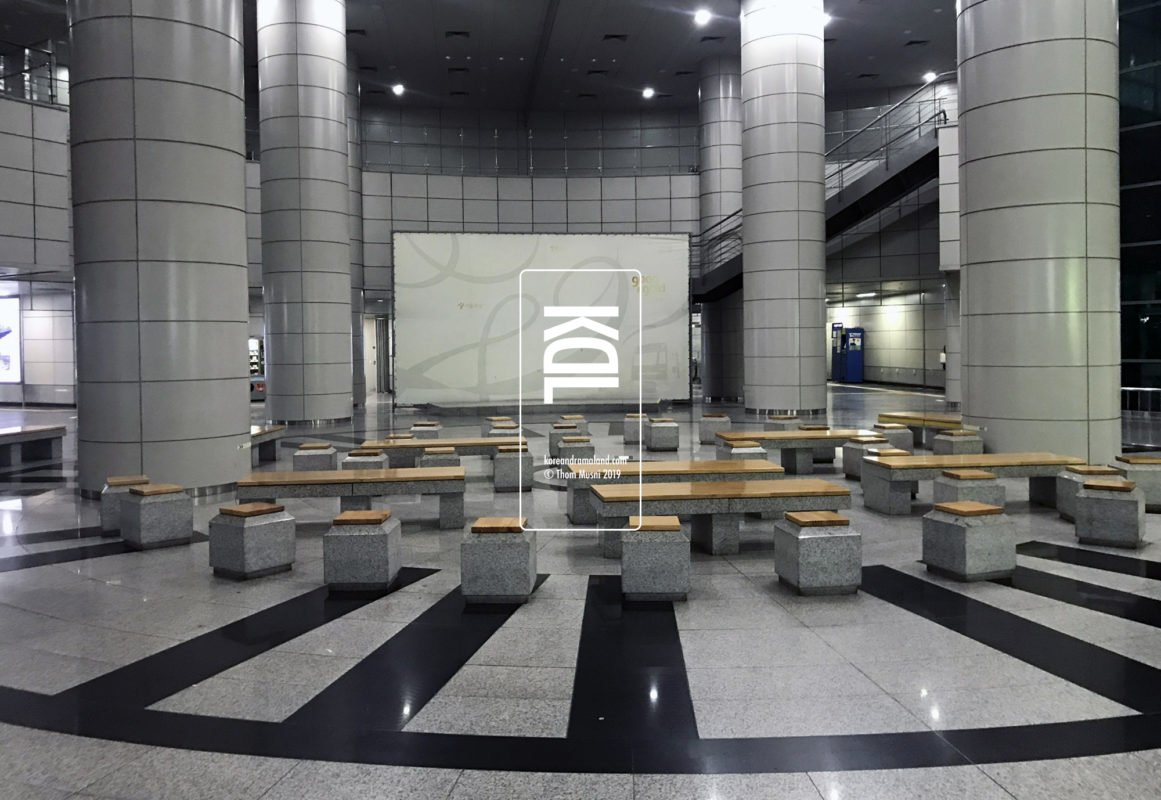 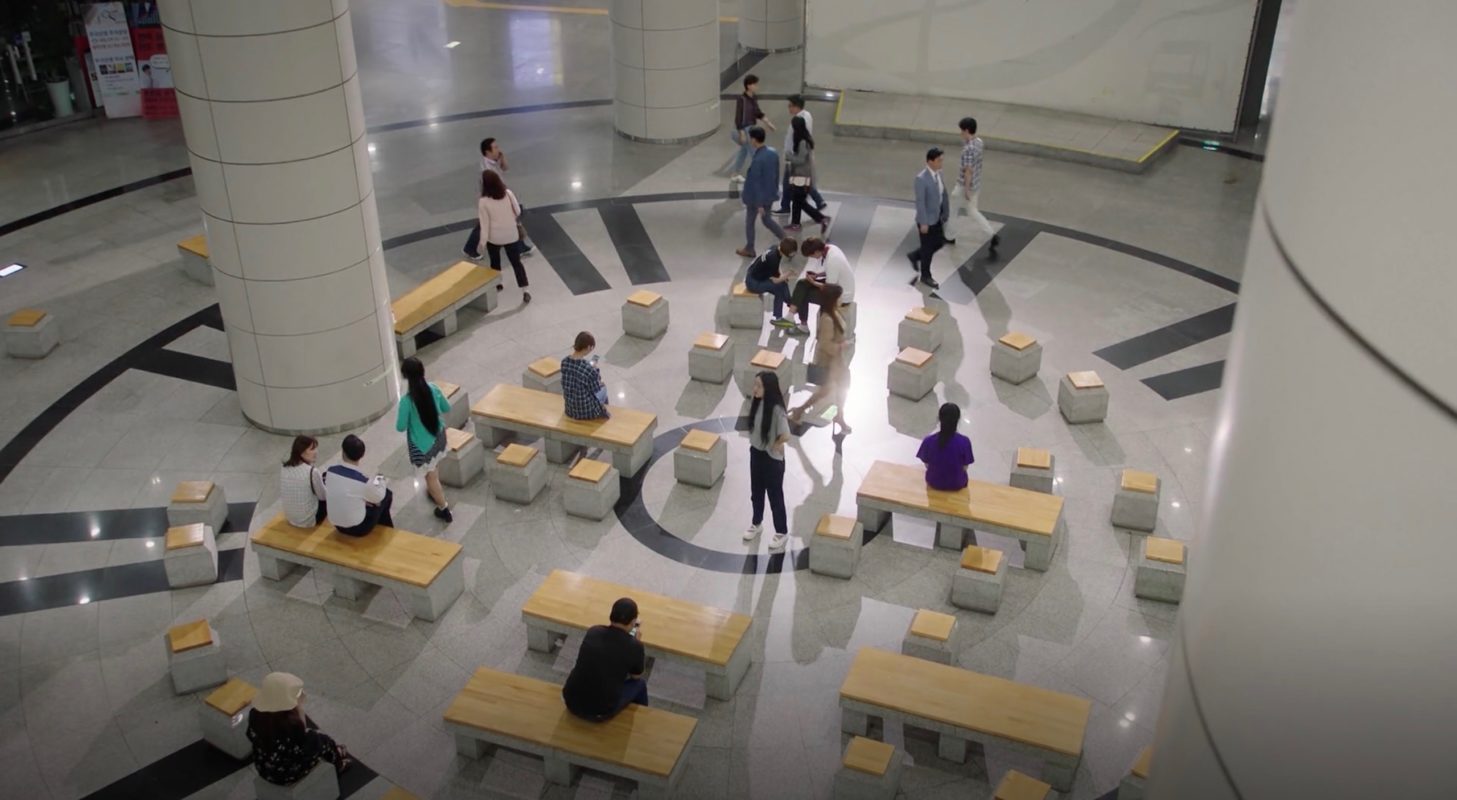 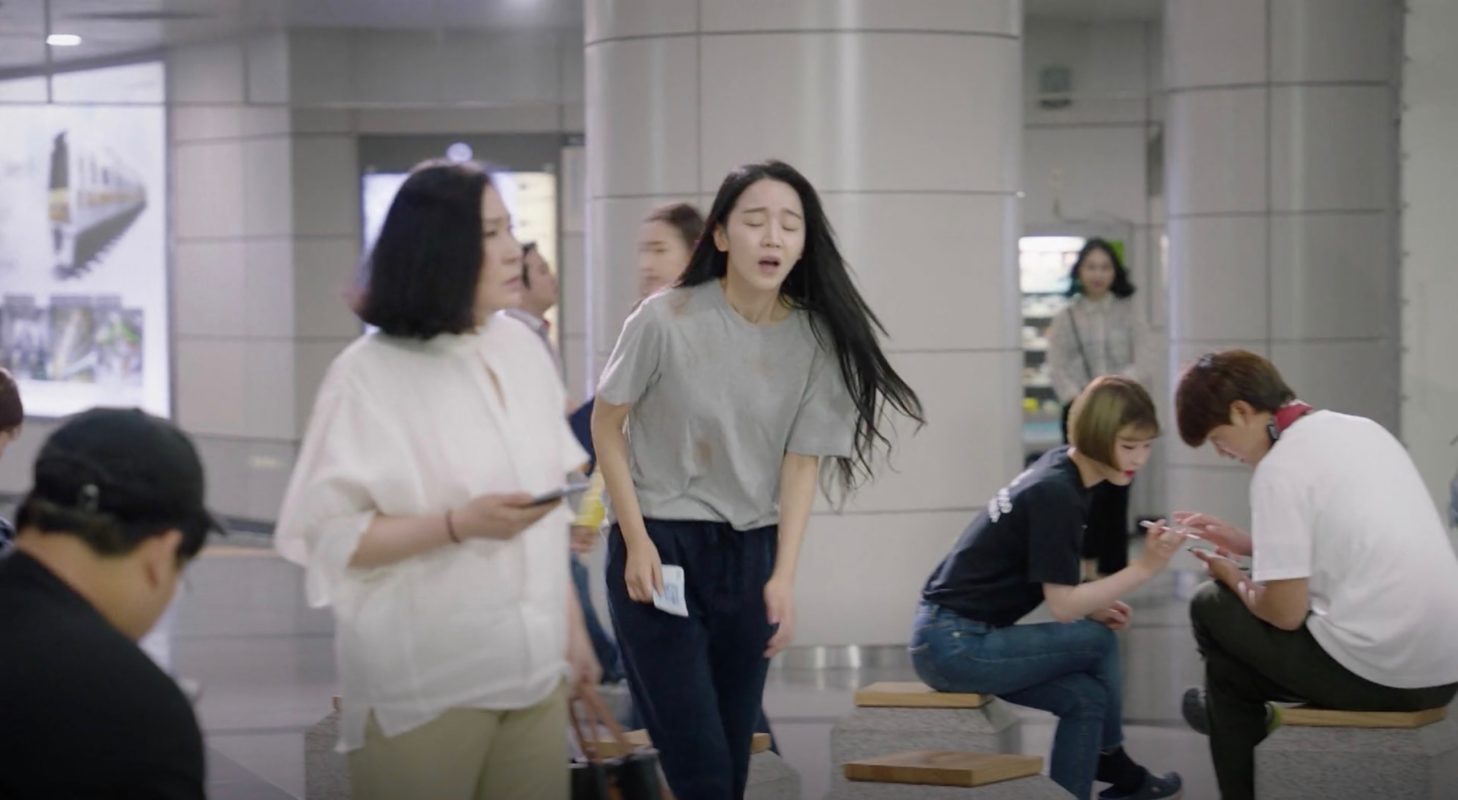 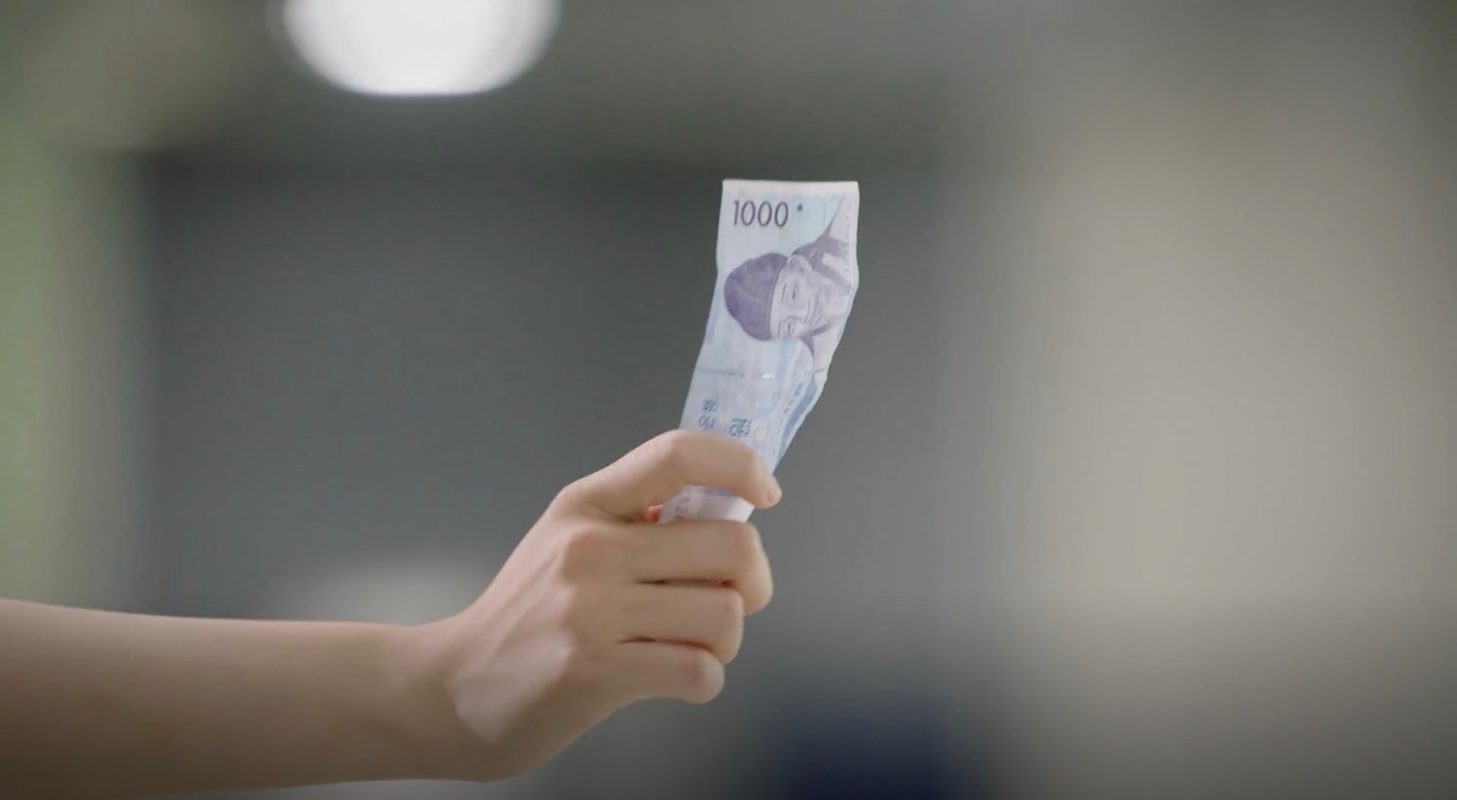 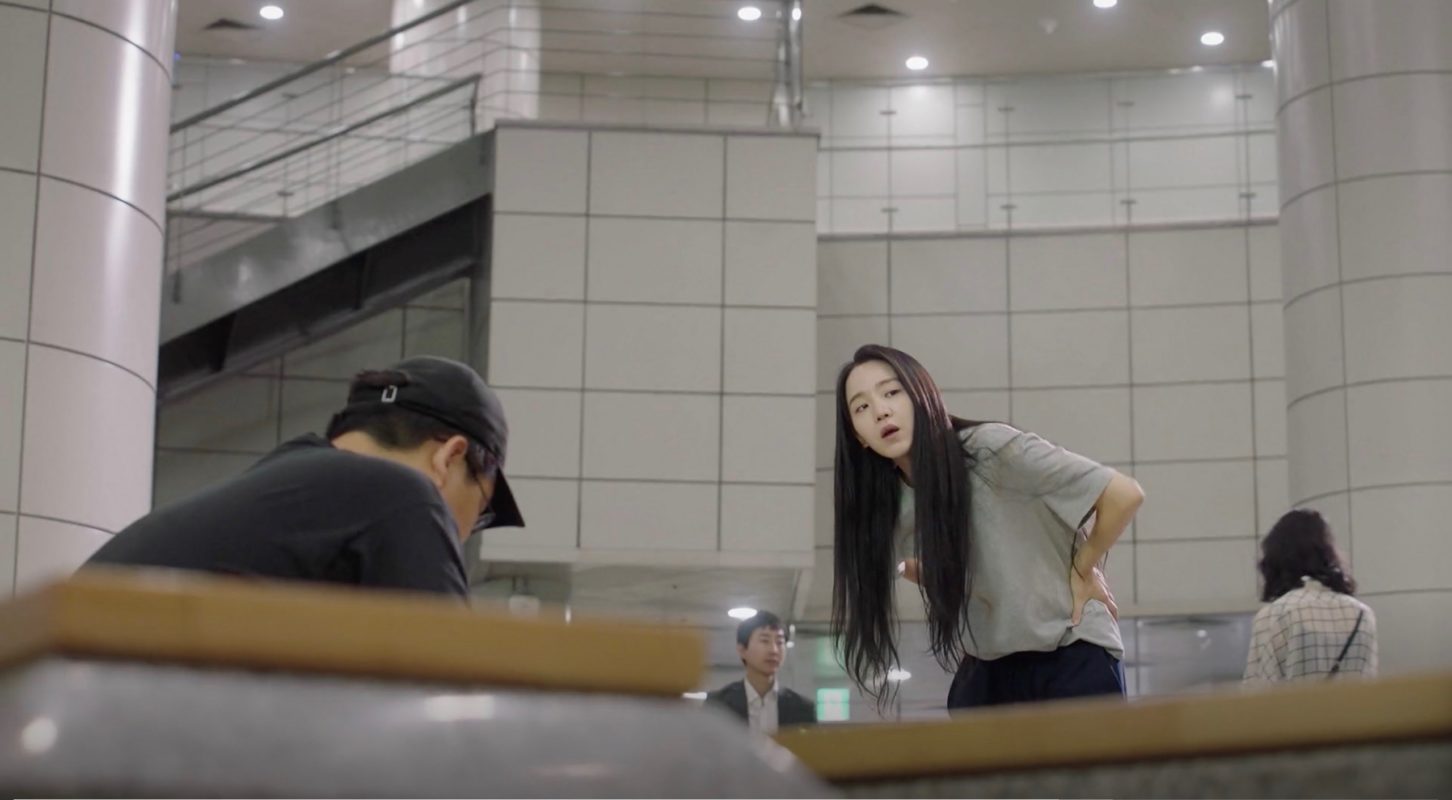 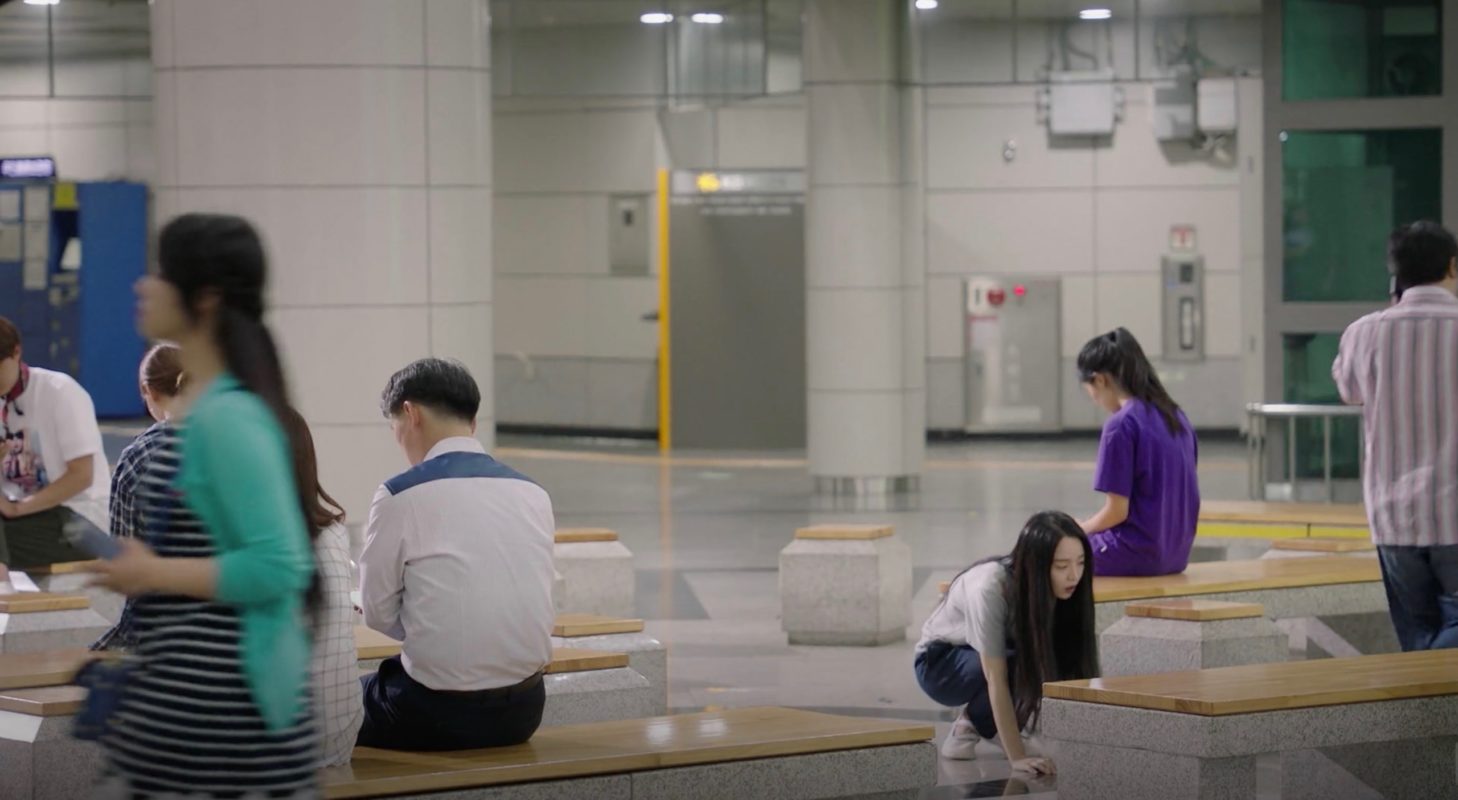 Woo Seo-ri (Shin Hye-sun) follows a lady into this station who has dropped a 1000 Won bill to return it to her in episode 3 of Still 17 / Thirty But Seventeen / 30 But 17 (서른이지만 열일곱입니다) (SBS, 2018)– just after the Choco Pie incident. Saying it wasn’t necessary to follow her “for this”, the lady takes the bill and leaves exhausted and hungry Seo-ri behind.

Saetgang Station [샛강역], opened in 2009, is a subway station on Seoul Subway Line 9.
It carries the station number 916 and is located in Seoul’s neighborhood of Yeouido [Yeouido-dong/여의도동] in the Yeongdeungpo district [Yeondeungpo-gu/영등포구].