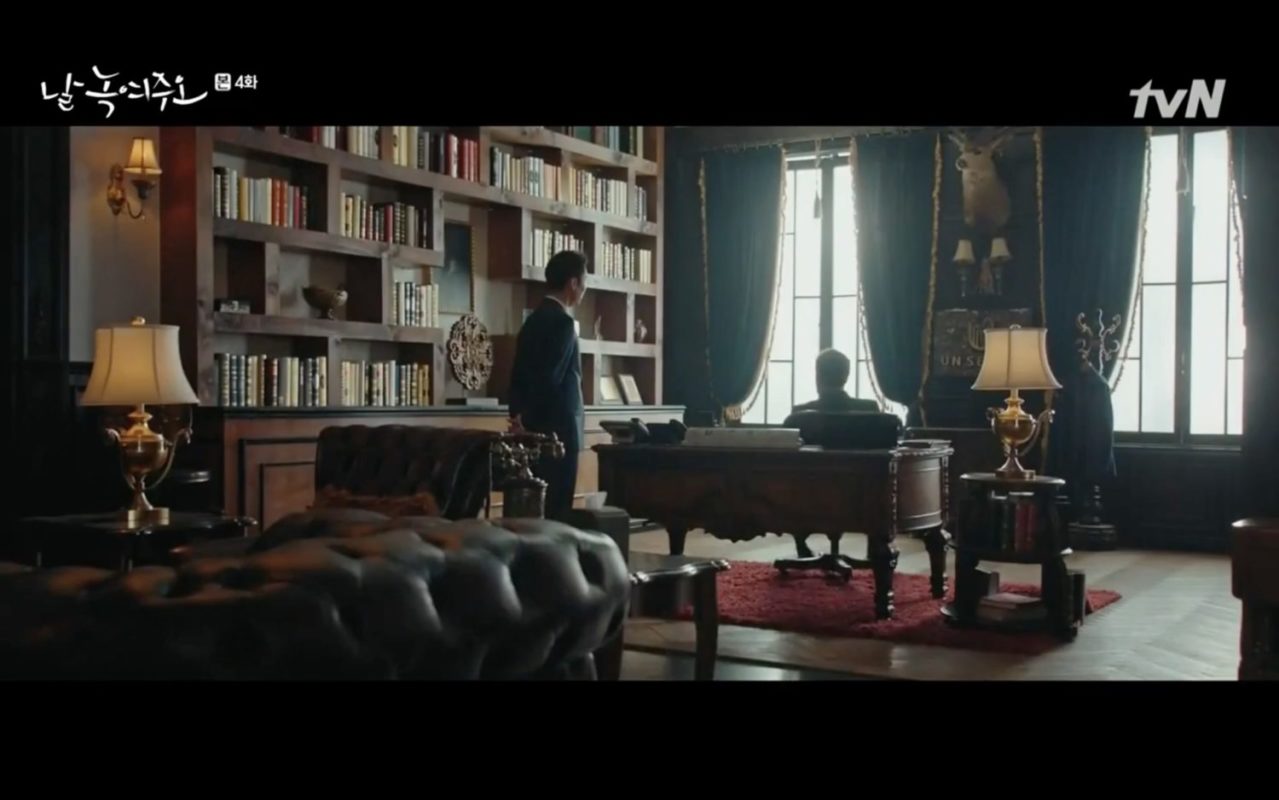 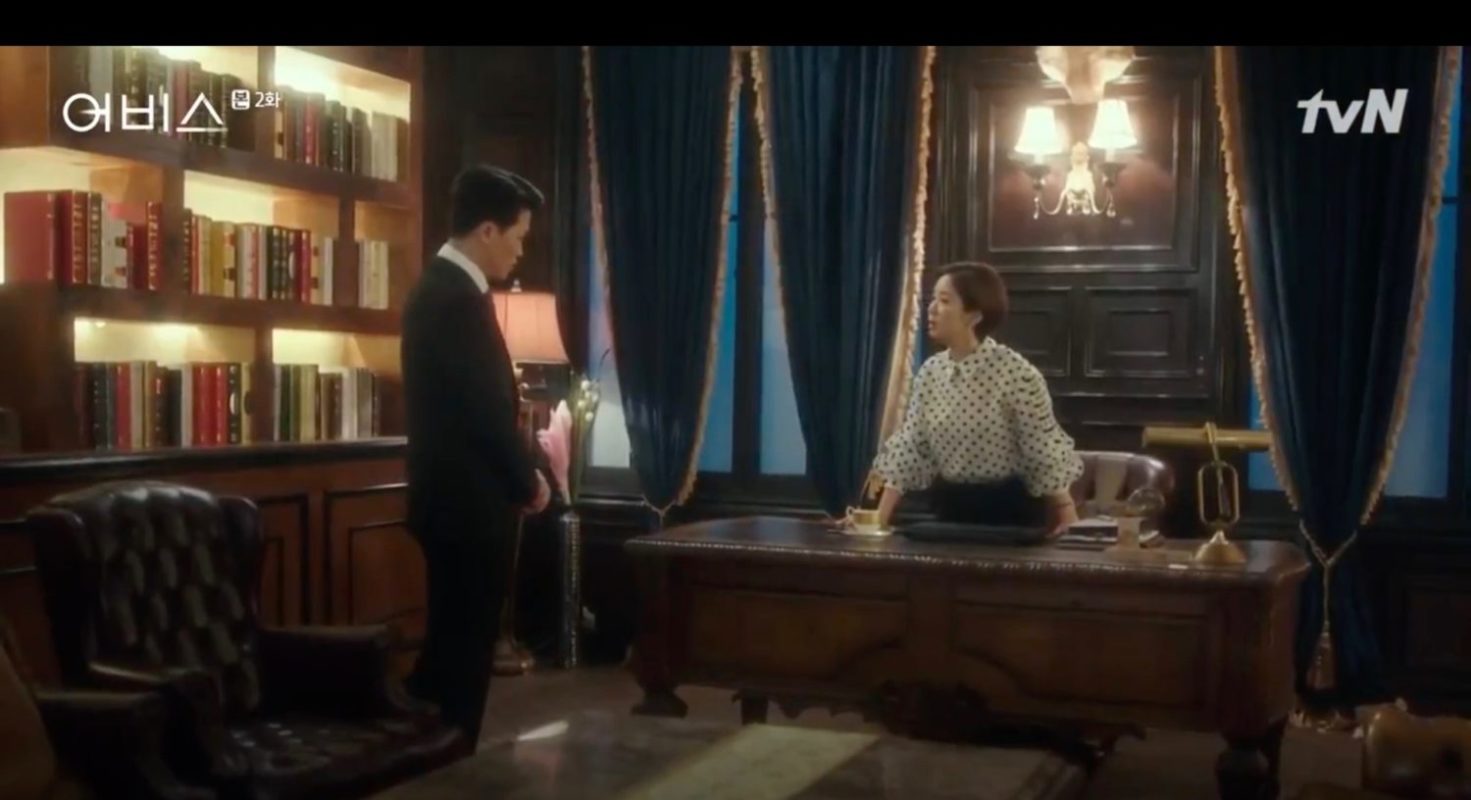 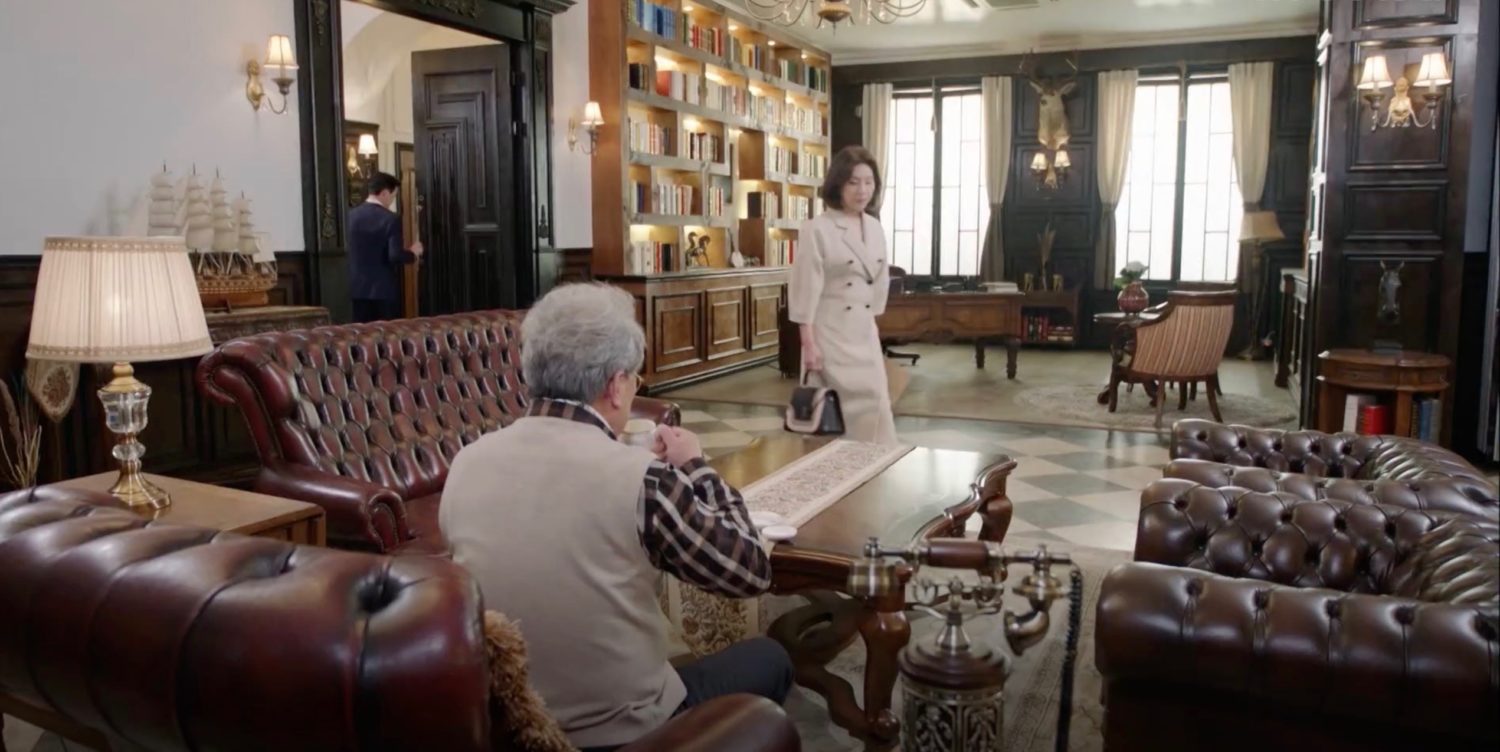 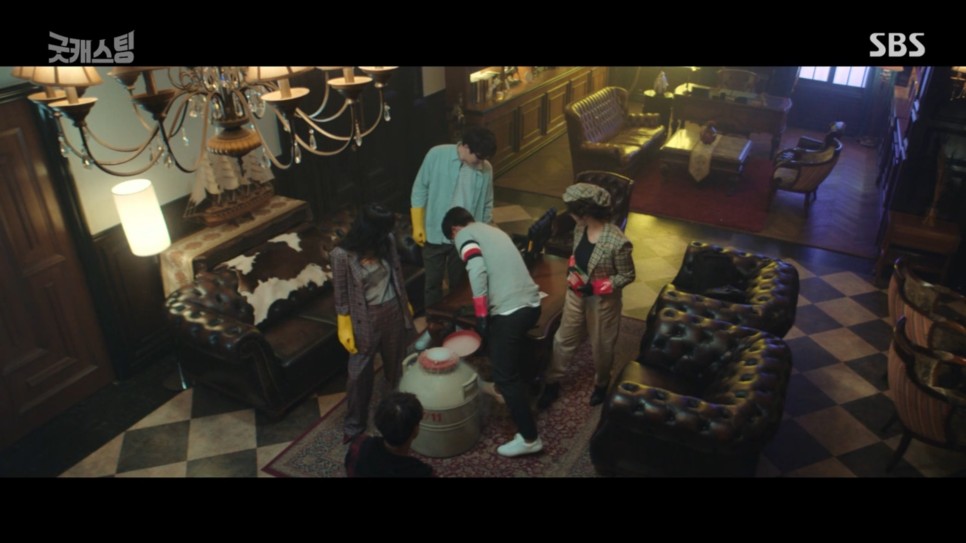 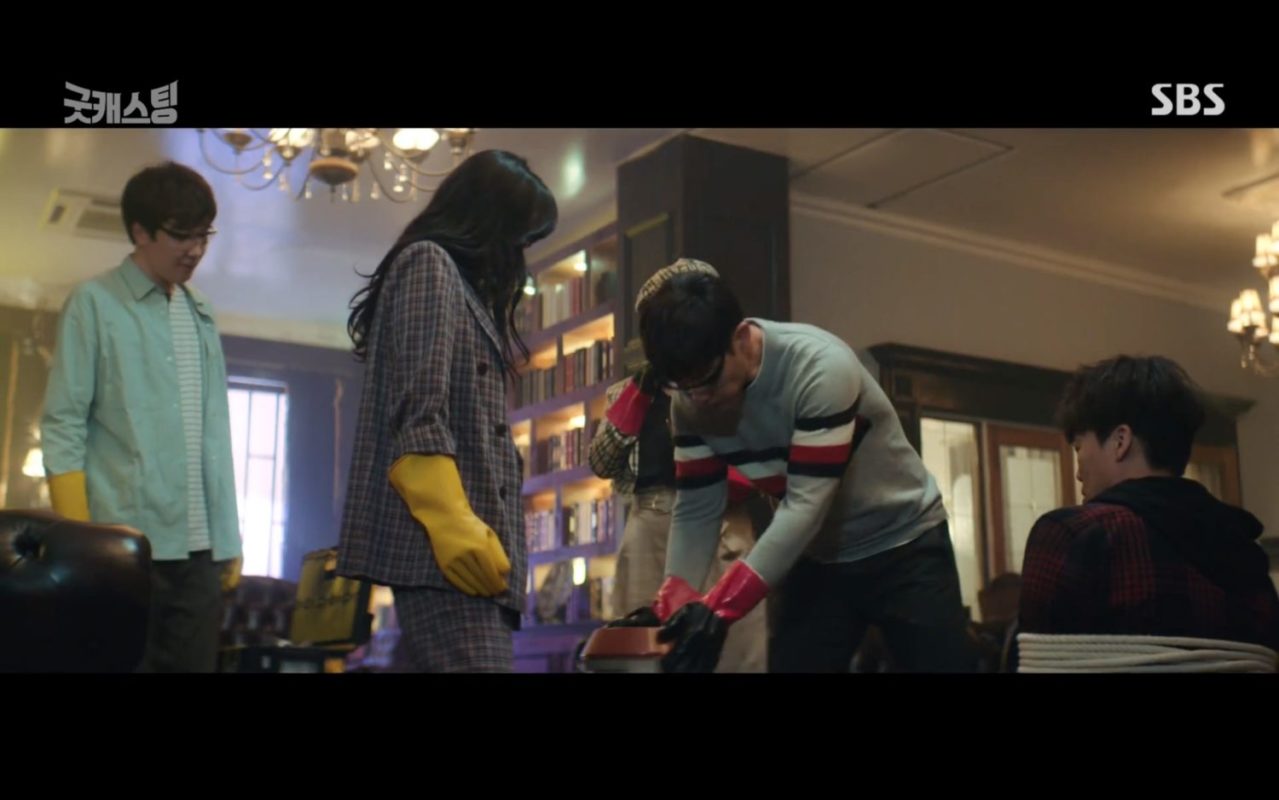 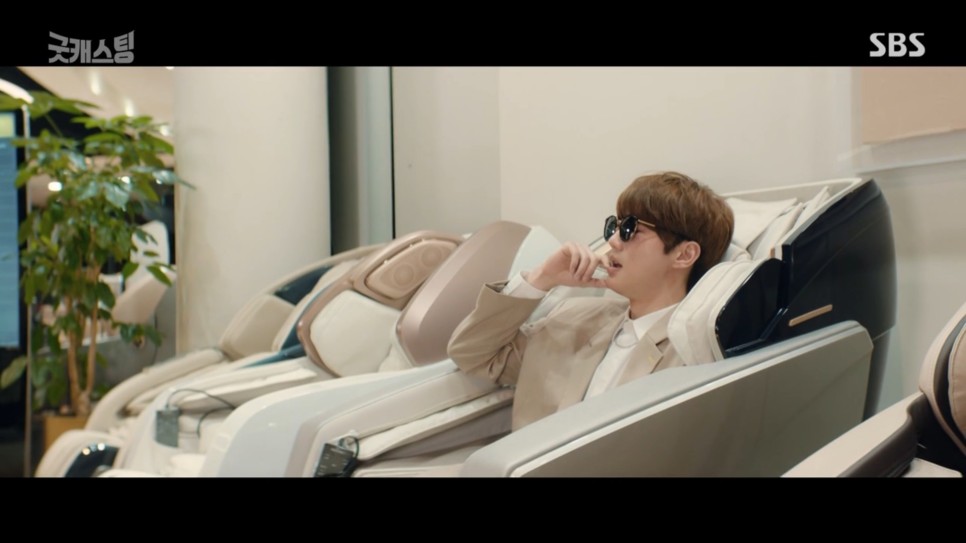 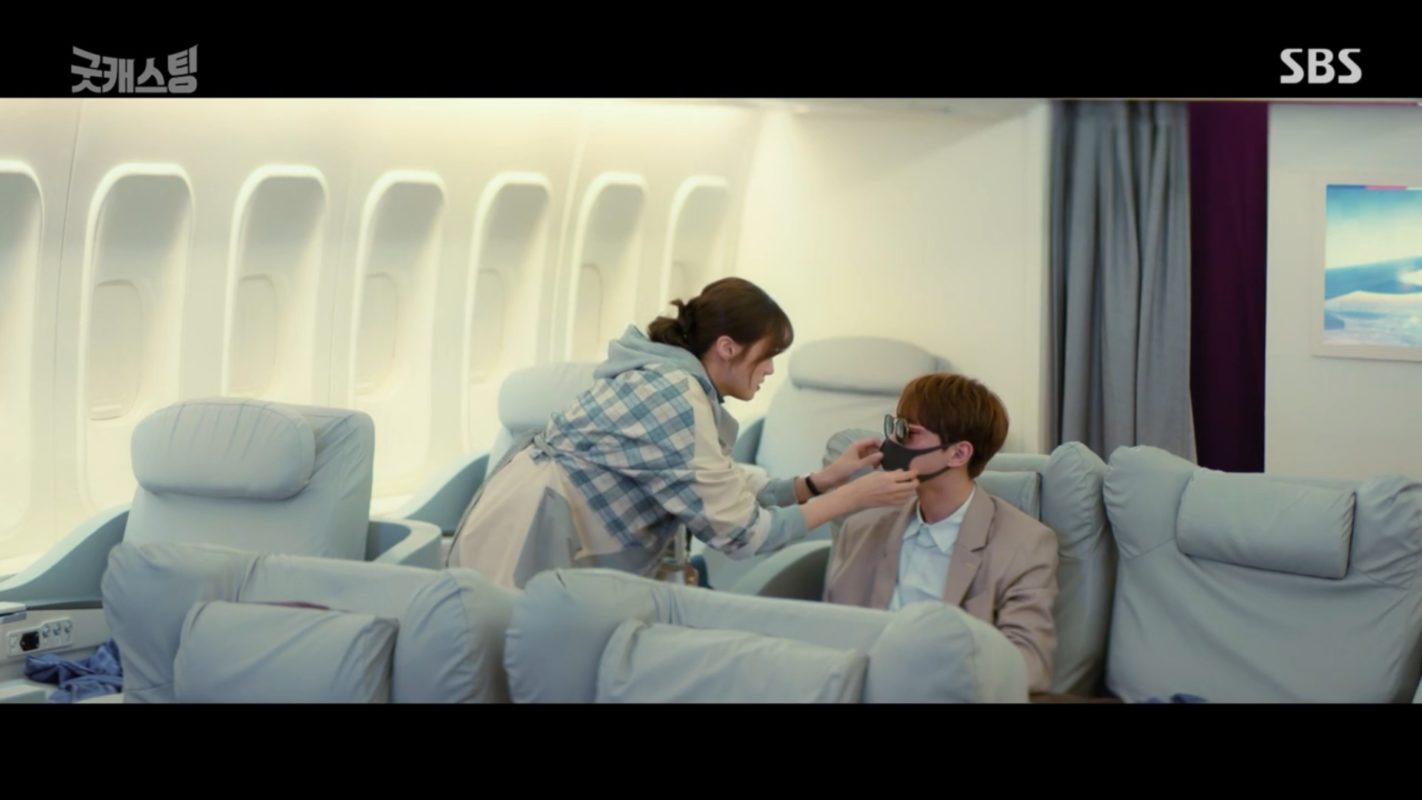 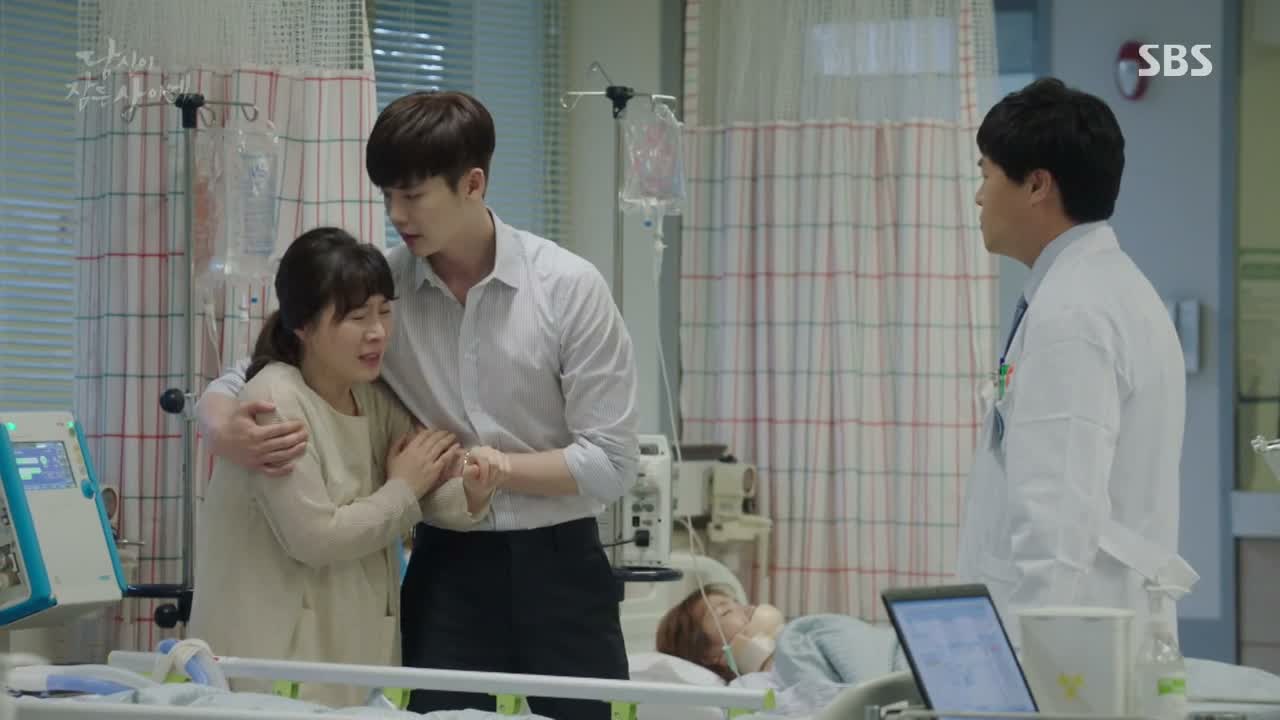 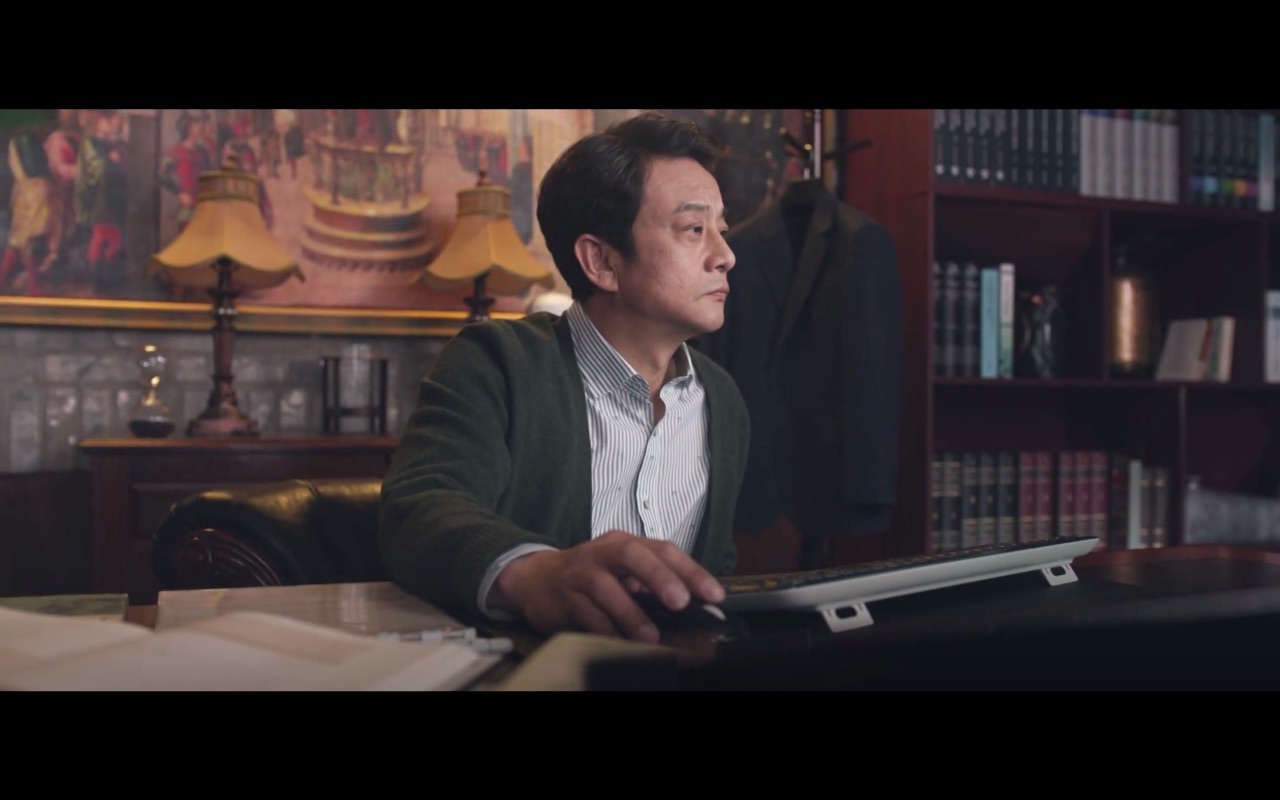 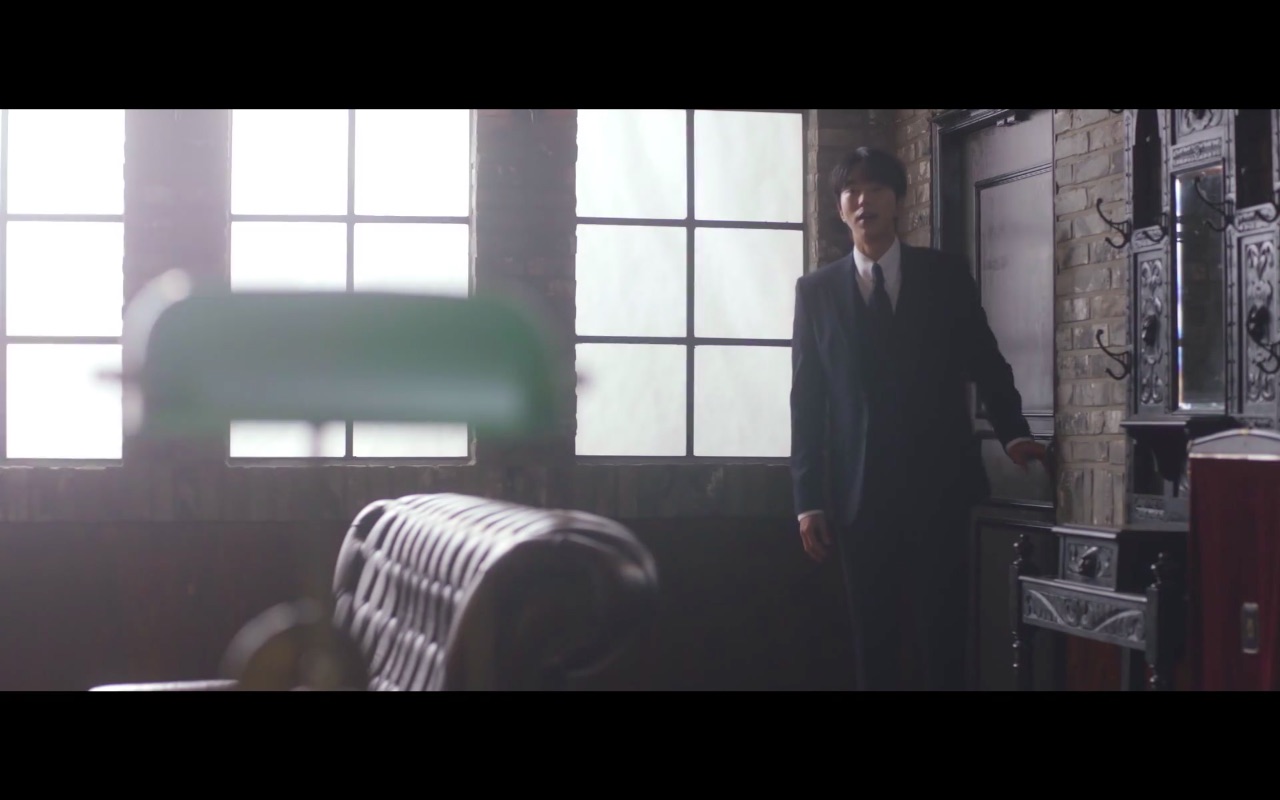 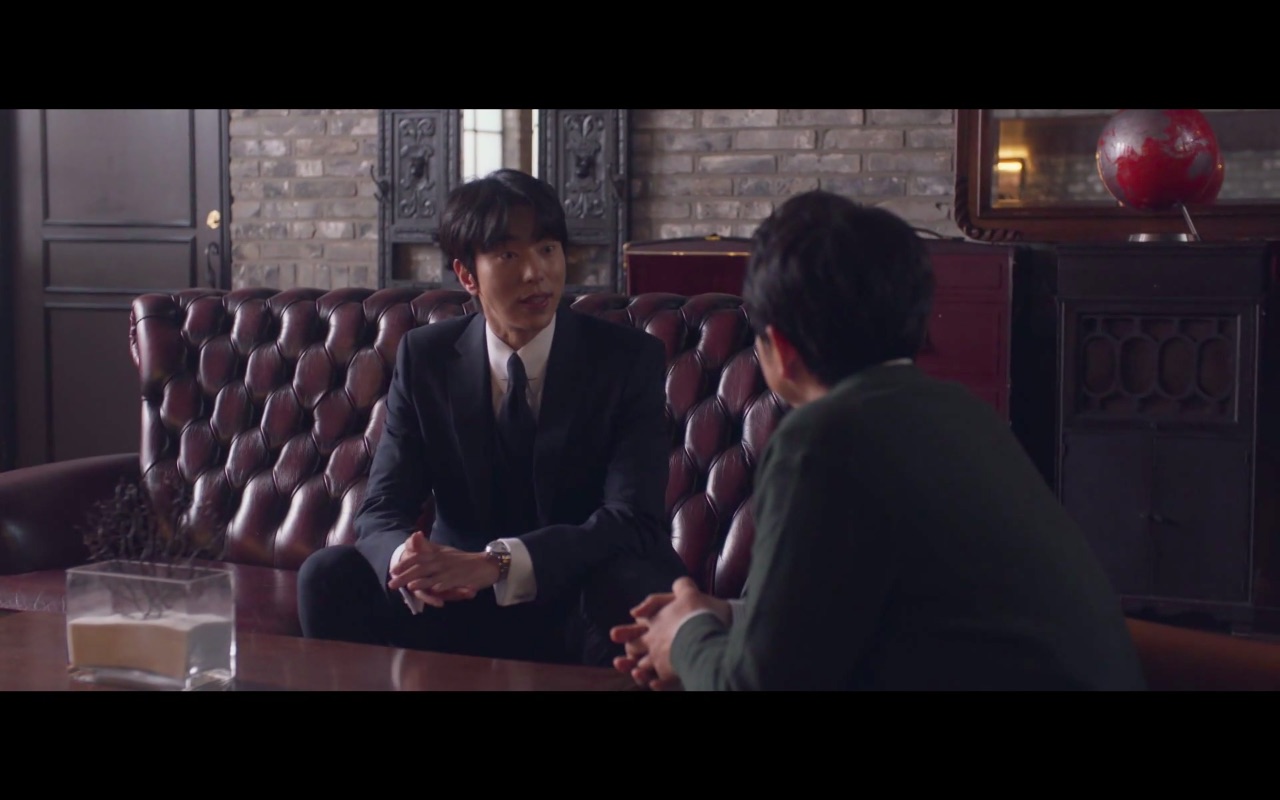 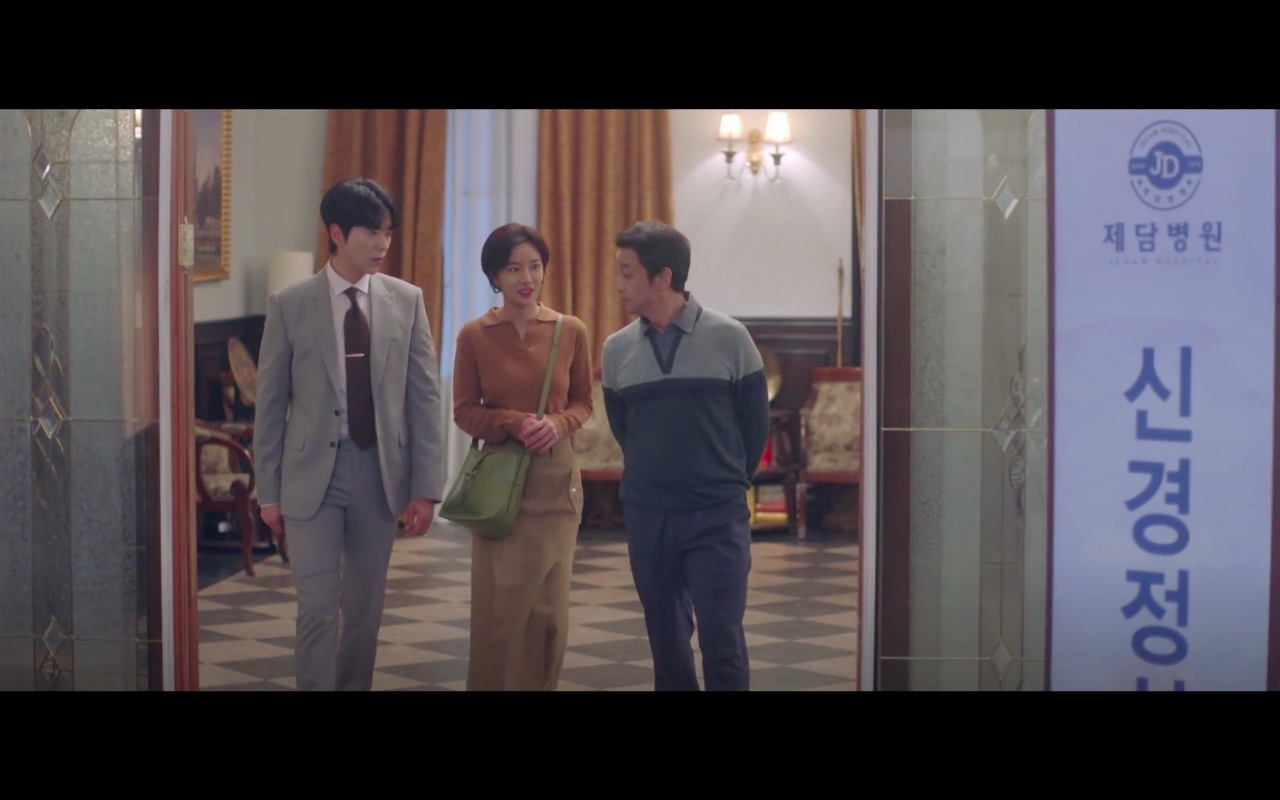 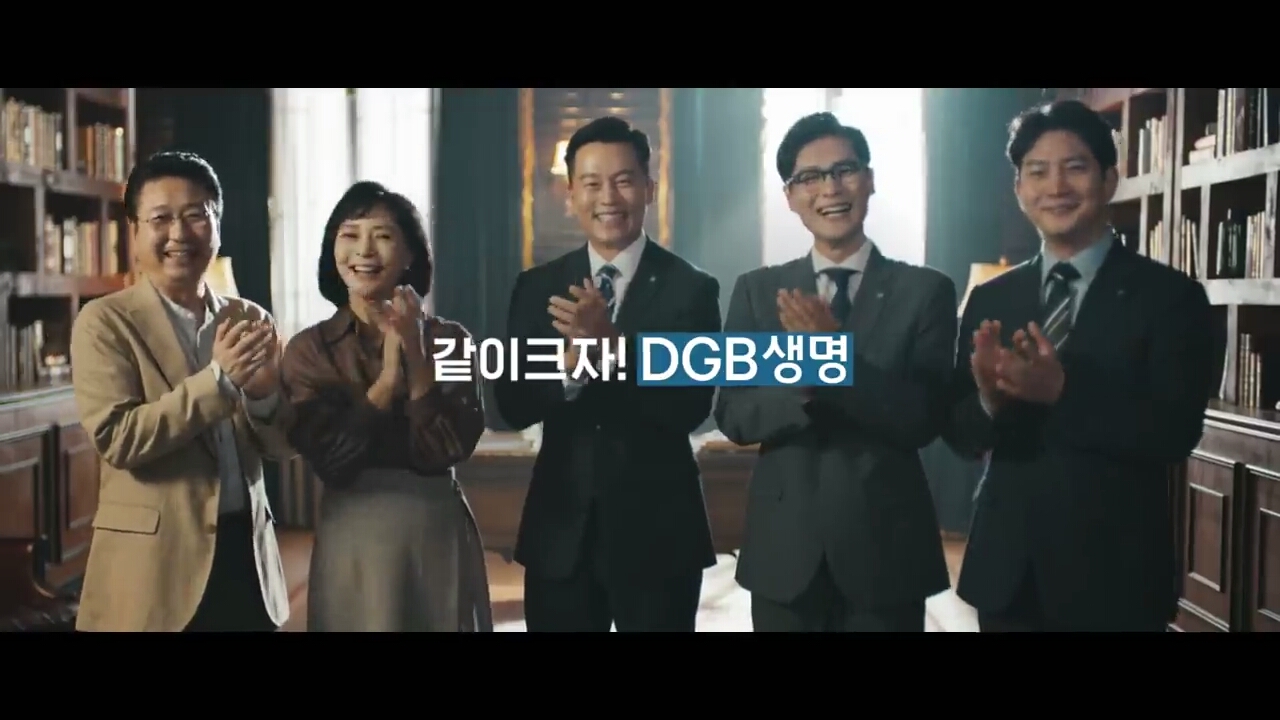 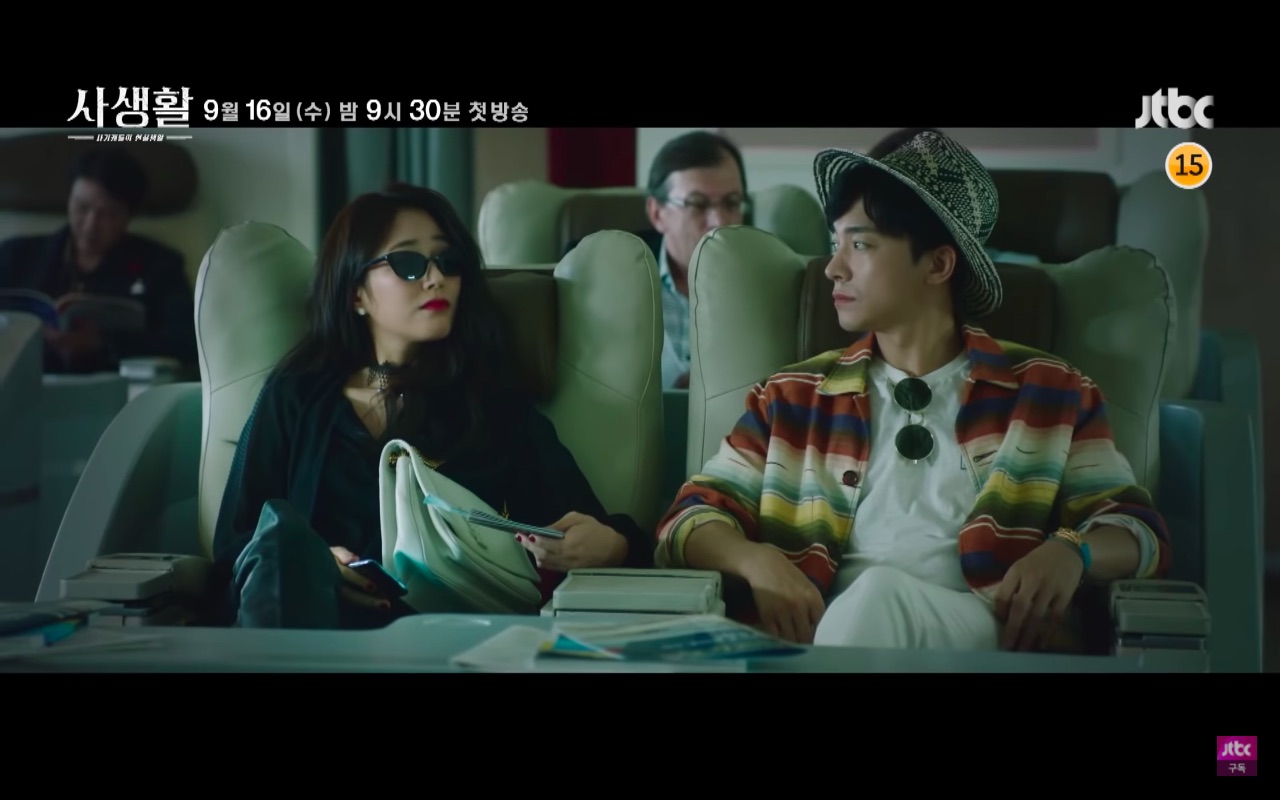 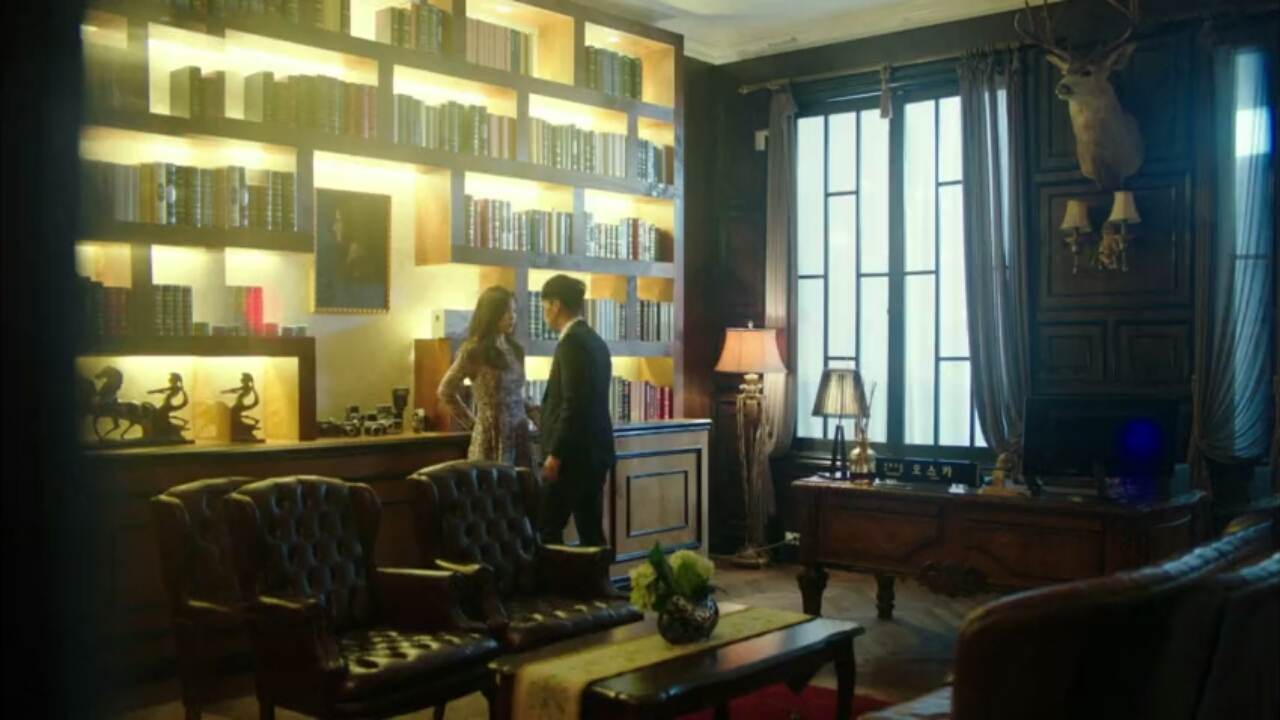 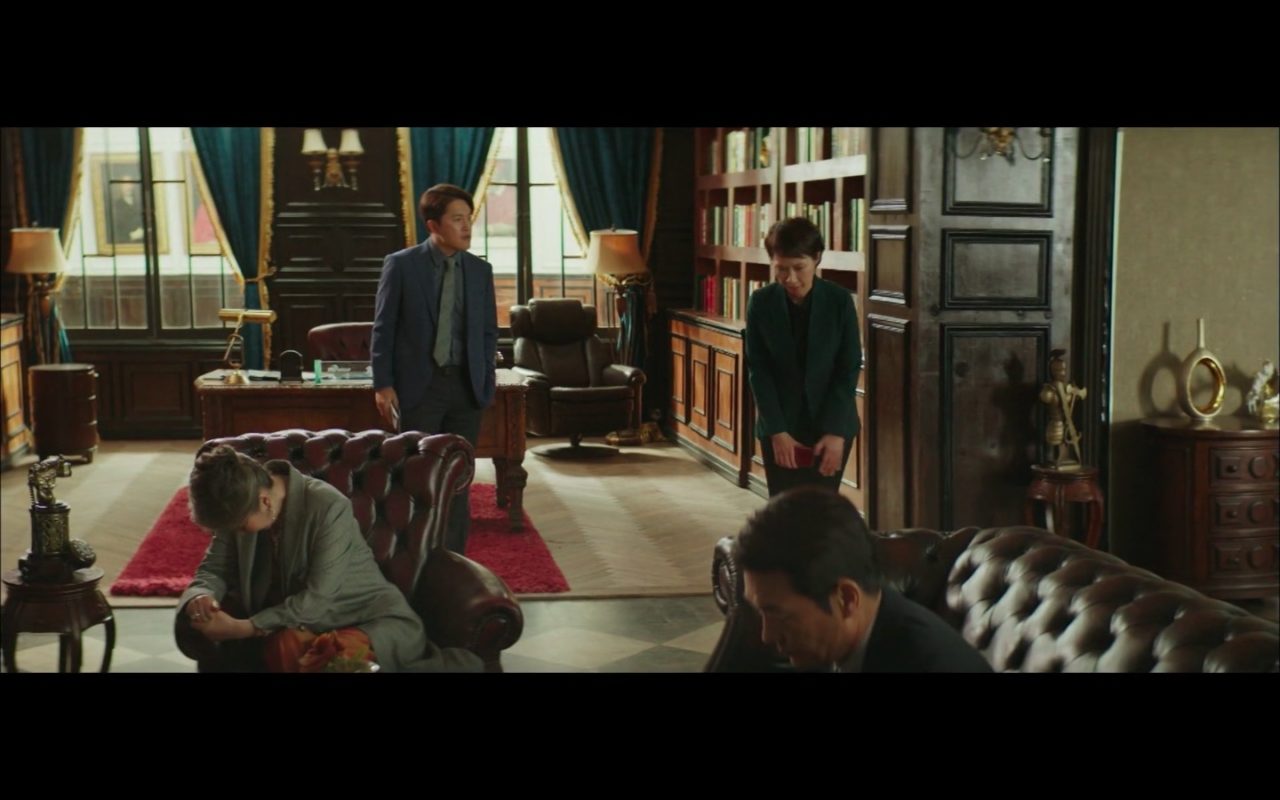 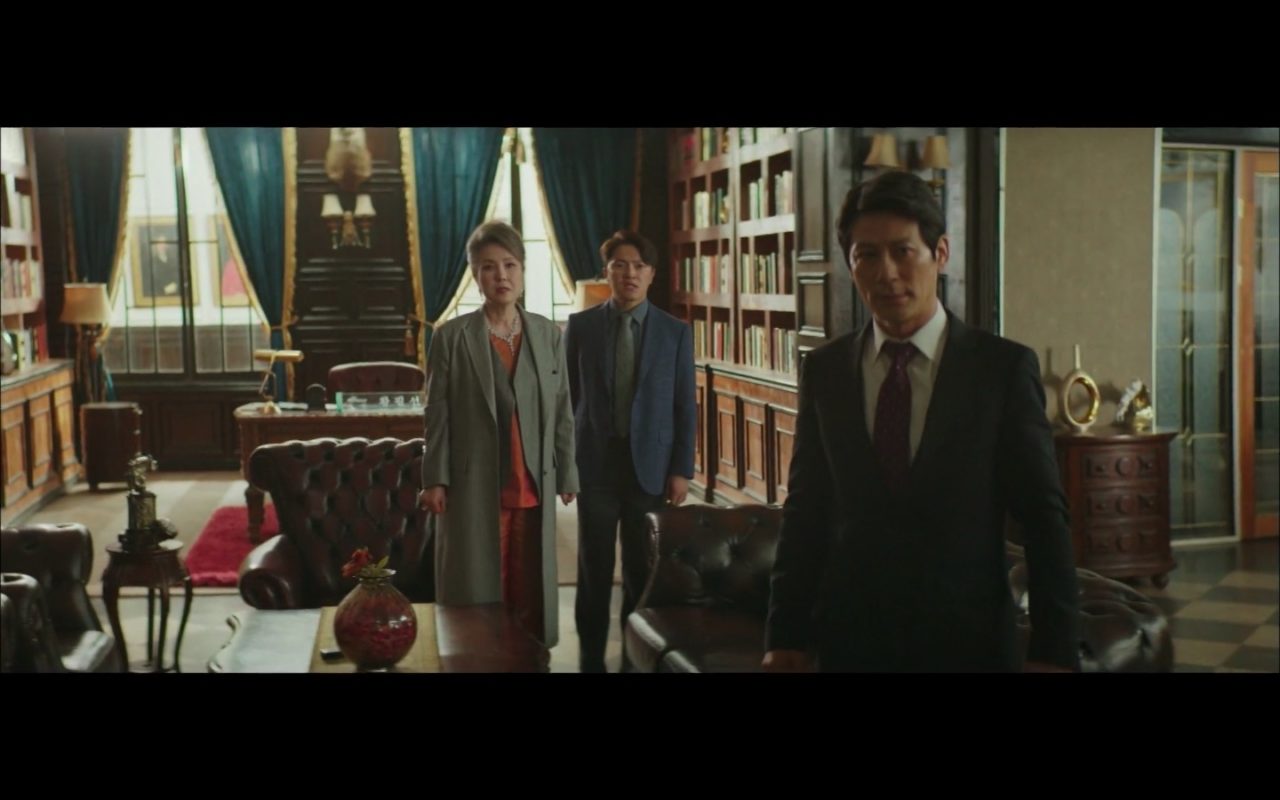 This is seen as the following locations:

— CEO Han Jong-soo’s (Dong Bang-woo) office in Mother of Mine (세상에서 제일 예쁜 내 딸) (KBS2, 2019) where Jeon In-sook (Choi Myoung-gil) gets called in for various meetings or conversations, like in episode 16.

— The interior of the mansion of Unseong Group’s CEO Kim Hong-seok (Jung Hae-kyun), as seen in episode 8 (full episode 4) of Melting Me Softly (날 녹여주오) (tvN, 2019) when his secretary reports to him.

— In episode 1 of Because This Is My First Life/This Life Is Our First (이번 생은 처음이라) (tvN, 2017), a scene is being shown from the makjang drama Ji-ho (Jung So-min) is writing, wherein Soo-hee (Yoon So-hee) asks her husband Oska (Yoon Doo-joon) for a divorce. He grabs her wrist and leans towards her. But instead of kissing her wife, he reaches his hand to get a packet of red ginseng in the bookshelf.

Hong Eun-soo’s mother (Oh Yeon-a) is teary eyed at her seat while on the flight back to South Korea in episode 1 of Alice (앨리스) (SBS, 2020).

This appears as the interior of the airplane that Kang Woo-won (Lee Jun-young of U-KISS), the NIS’s Team 3 take in episode 5 of Good Casting (굿캐스팅) (SBS, 2020). In episode 6, the ‘Hotel Suite Room’ appears as the ‘NIS Safe House’.

Choi Won-joon (Sim Hee-seop) comes running here in episode 35 of Temperature of Love (사랑의 온도/愛情的溫度) (SBS, 2017) after Ji Hong-a (Jo Bo-ah) tells him that she is being treated here after an accident — but he finds her in a perfectly fine state.

This room appears as the CIA black site to which Jeon Ji-hoon (Eric of Shinhwa/Moon Jung-hyuk) comes to discuss an espionage case with an CIA official (John D. Michaels) in episode 1 of The Spies Who Loved Me (나를 사랑한 스파이) (MBC, 2020).

This is seen as neuropsychiatrist Jung Seok-woo’s office at Jaedam Hospital in Men Are Men / To All The Guys That Loved Me / That Guy Is The Guy (그놈이 그놈이다) (KBS2, 2020) — as seen in episode 4 & 7 when Hwang Ji-woo (Yoon Hyun-min) has a consultation with him, and episode 8 when Seo Hyun-joo (Hwang Jung-eum) comes for a psychotherapy session. A bit of the Hotel Suite Room can also be seen in episode 8.

This location was part of KDL’s Treasure Hunt #2, and was successfully found by Thom Musni.

— submitted by Thom Musni (with descriptions by Marion KDL & Mich KDL)
— Because This Is My First Life; DGB Life CF added by Chelle
— Revolutionary Love added by raregem
— Hwayuki added by a KDL Guest