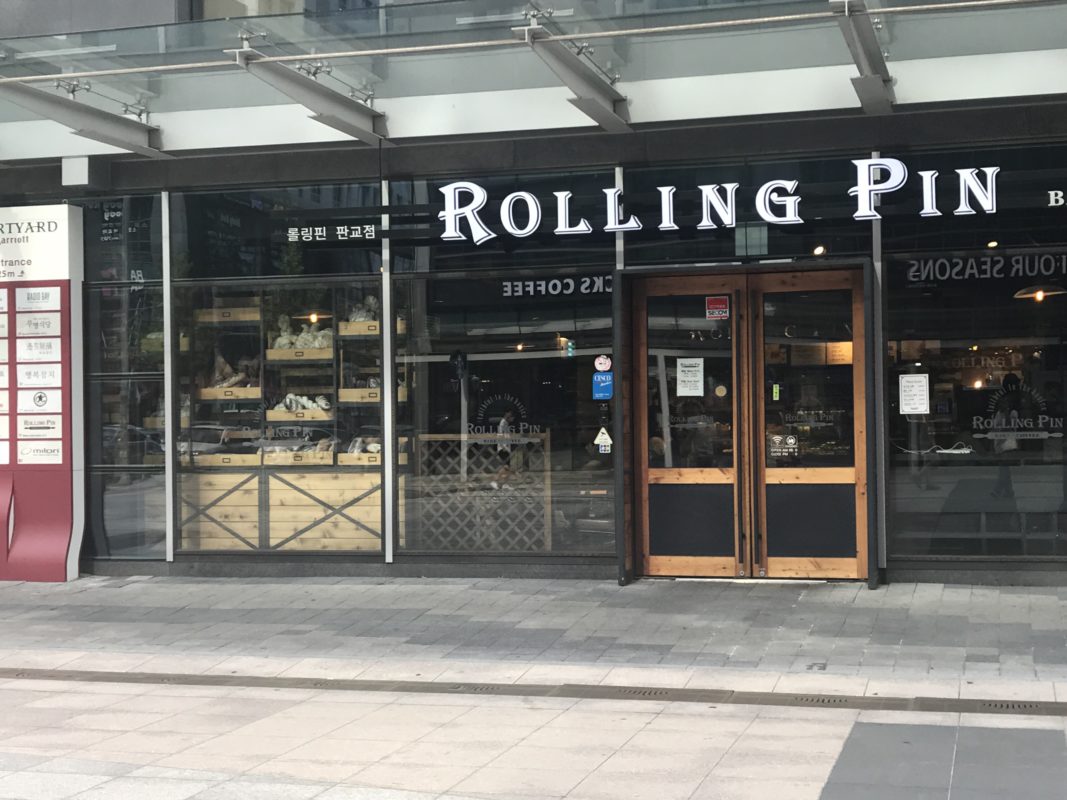 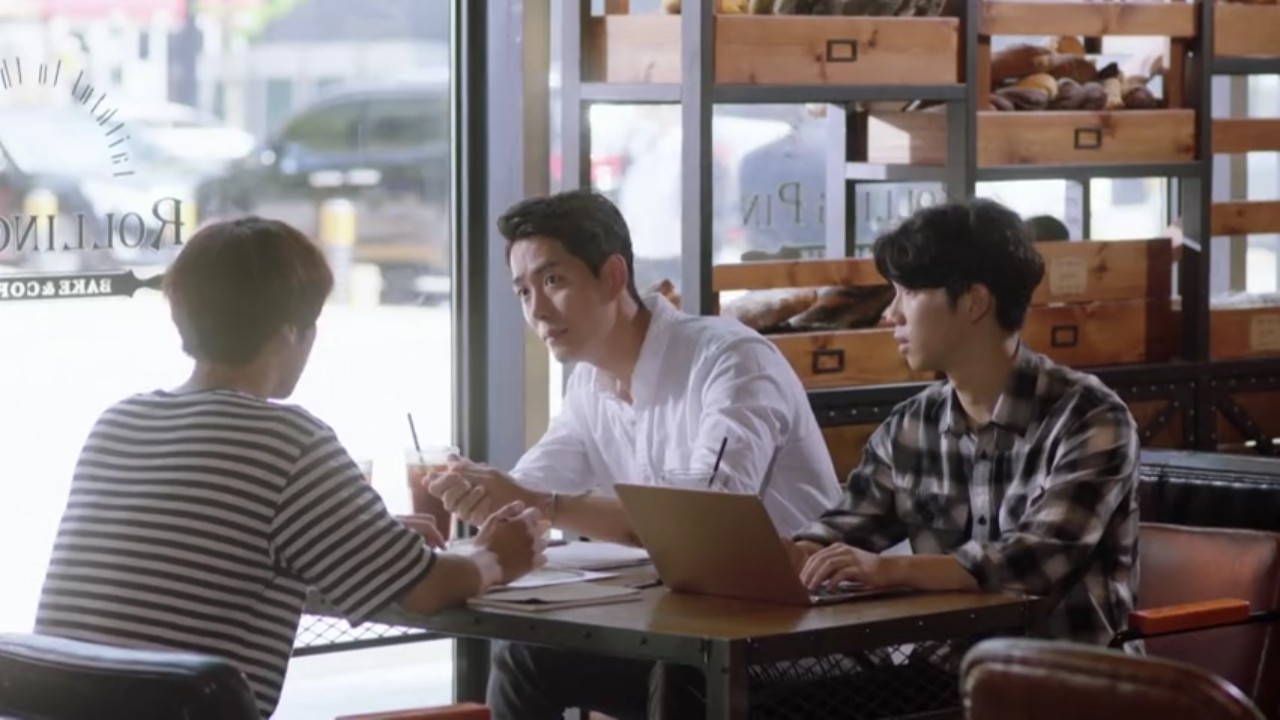 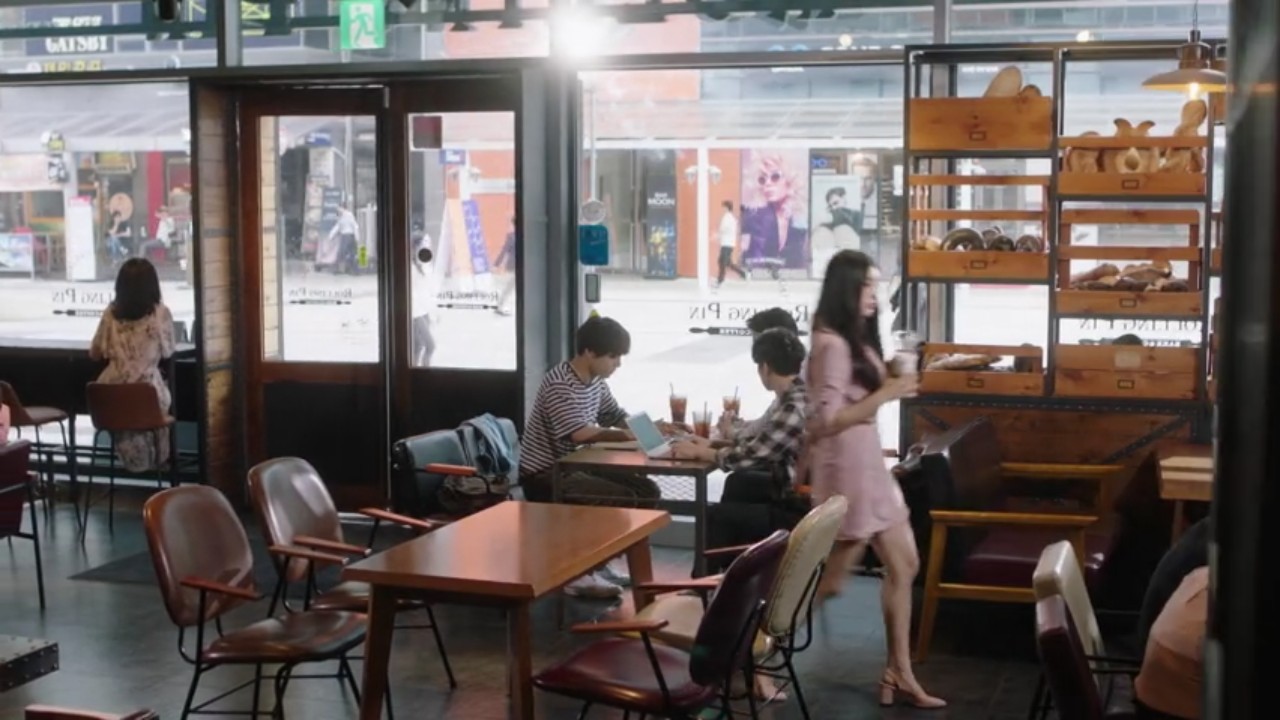 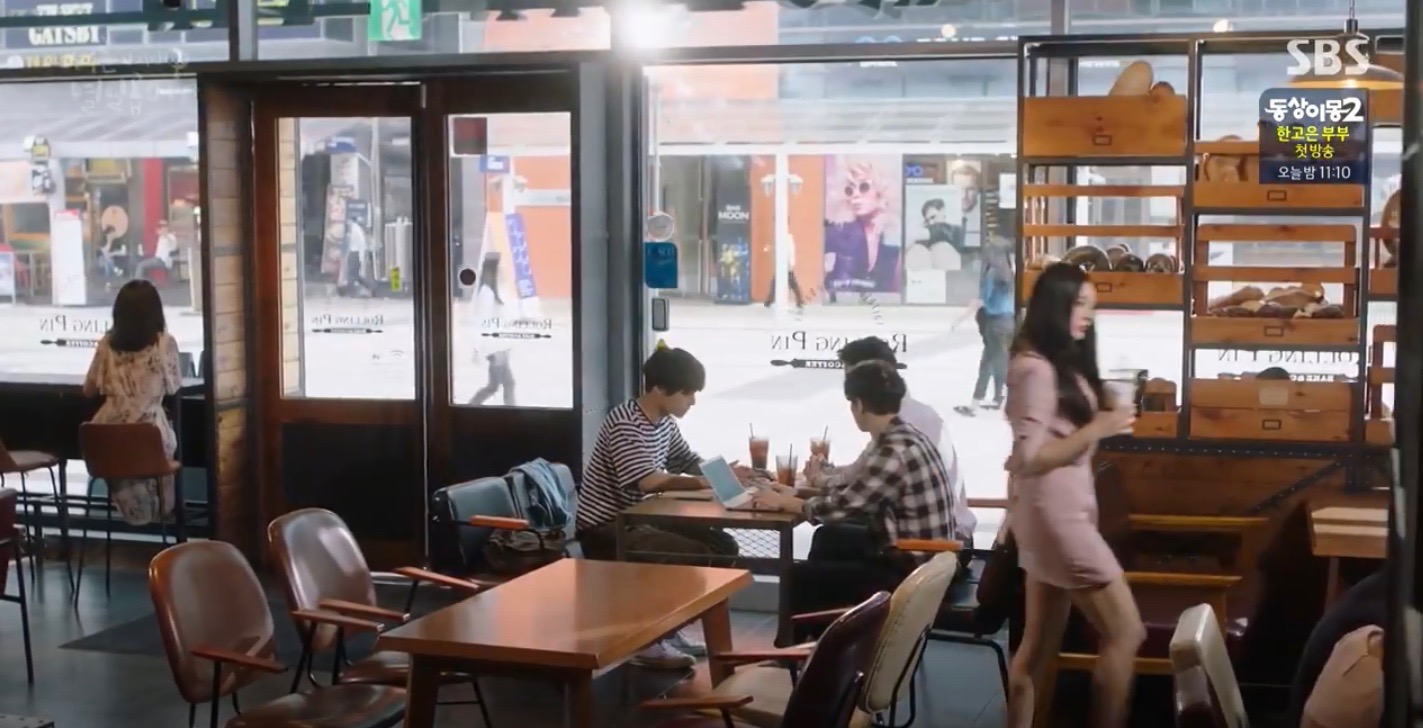 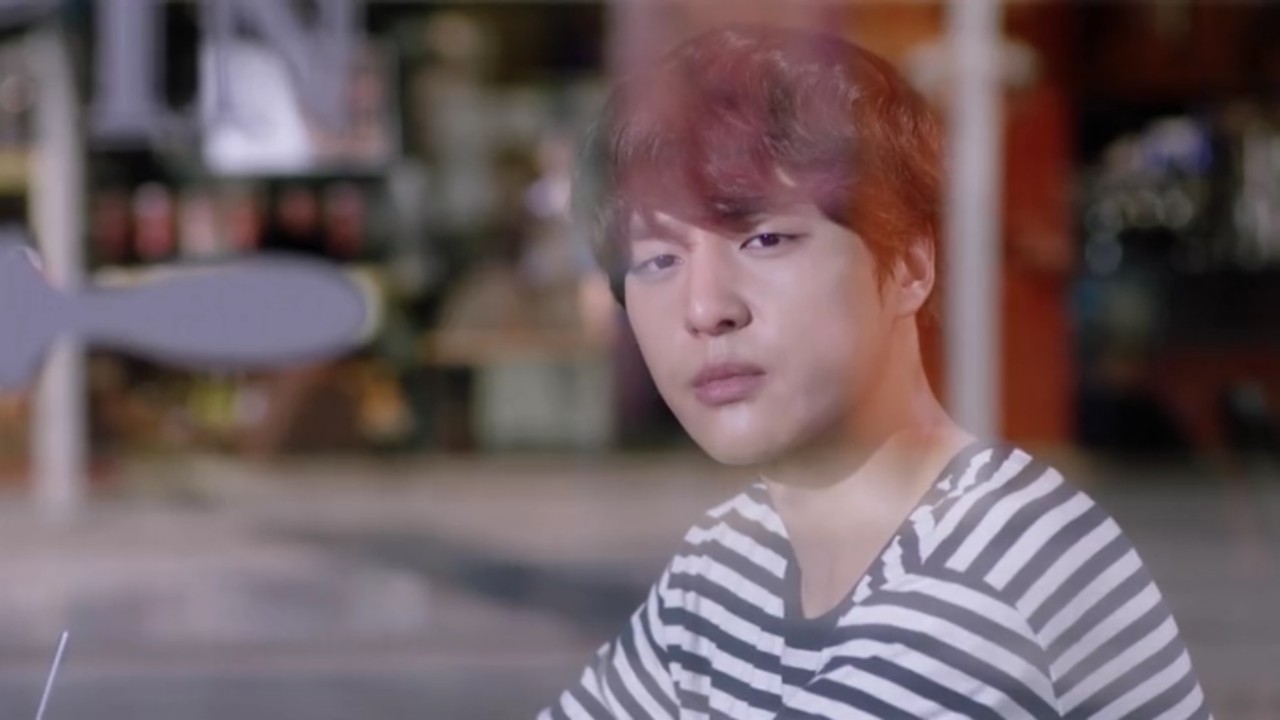 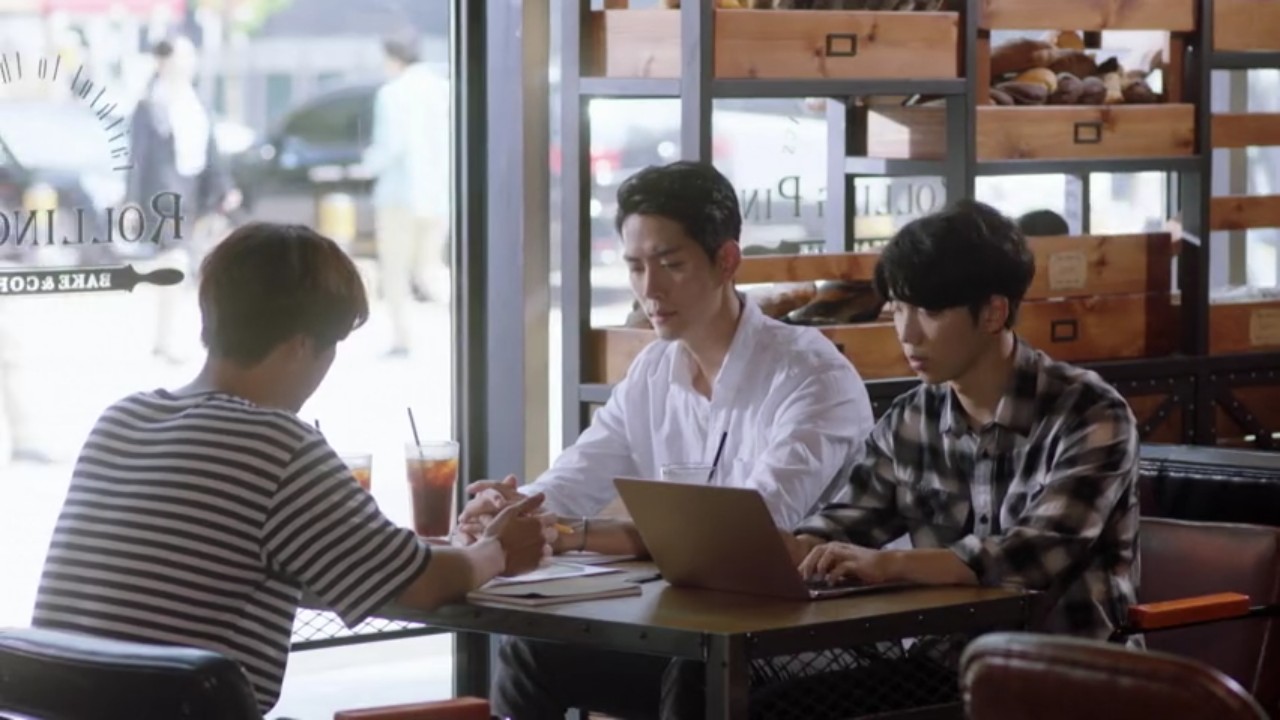 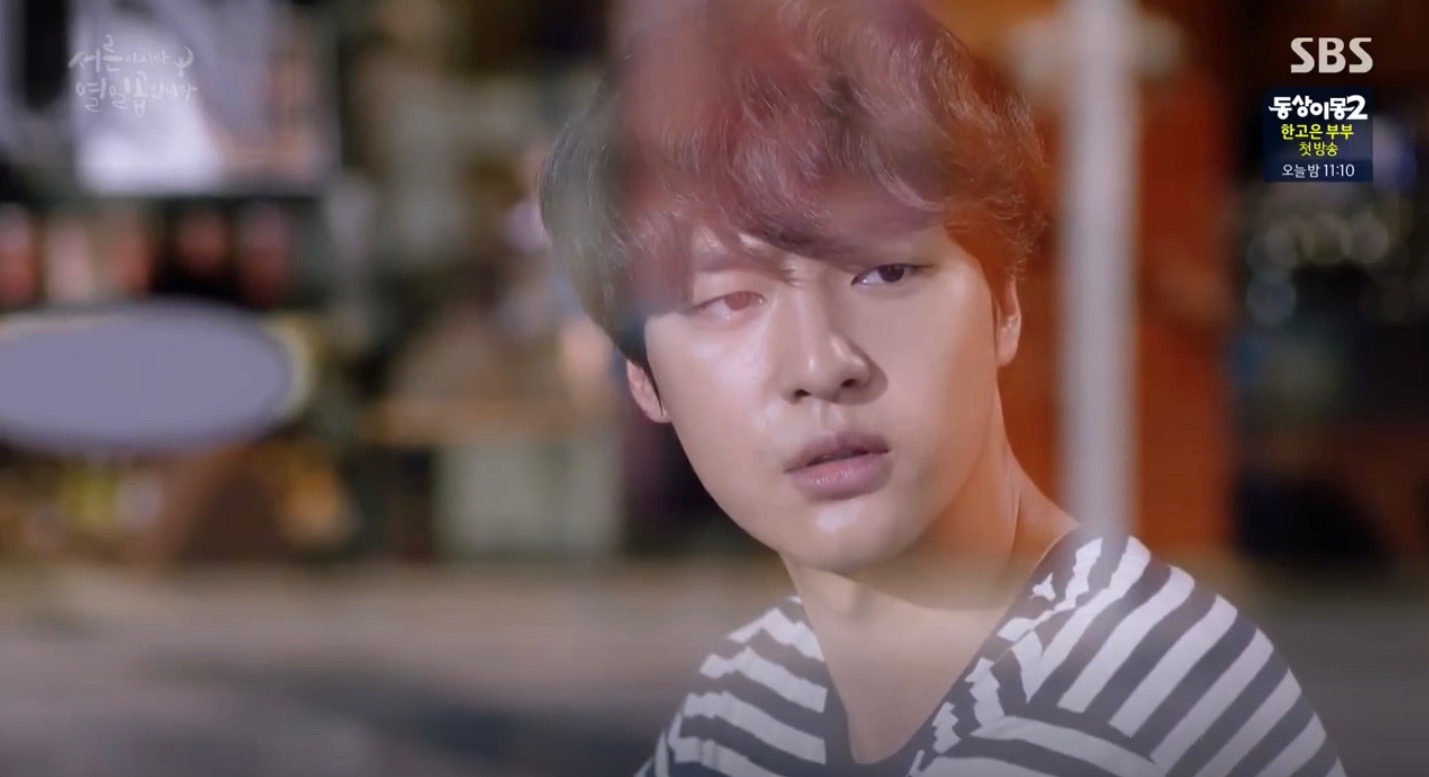 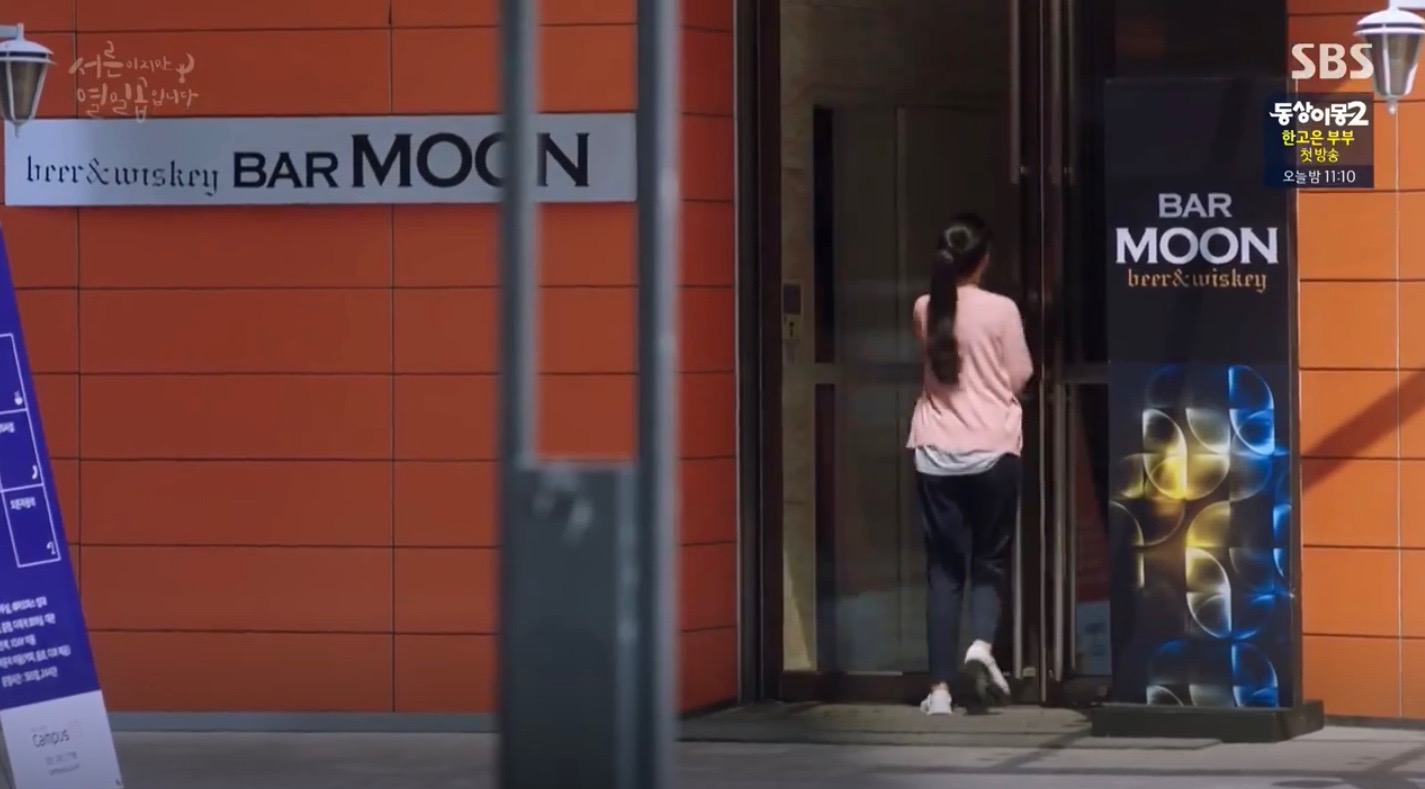 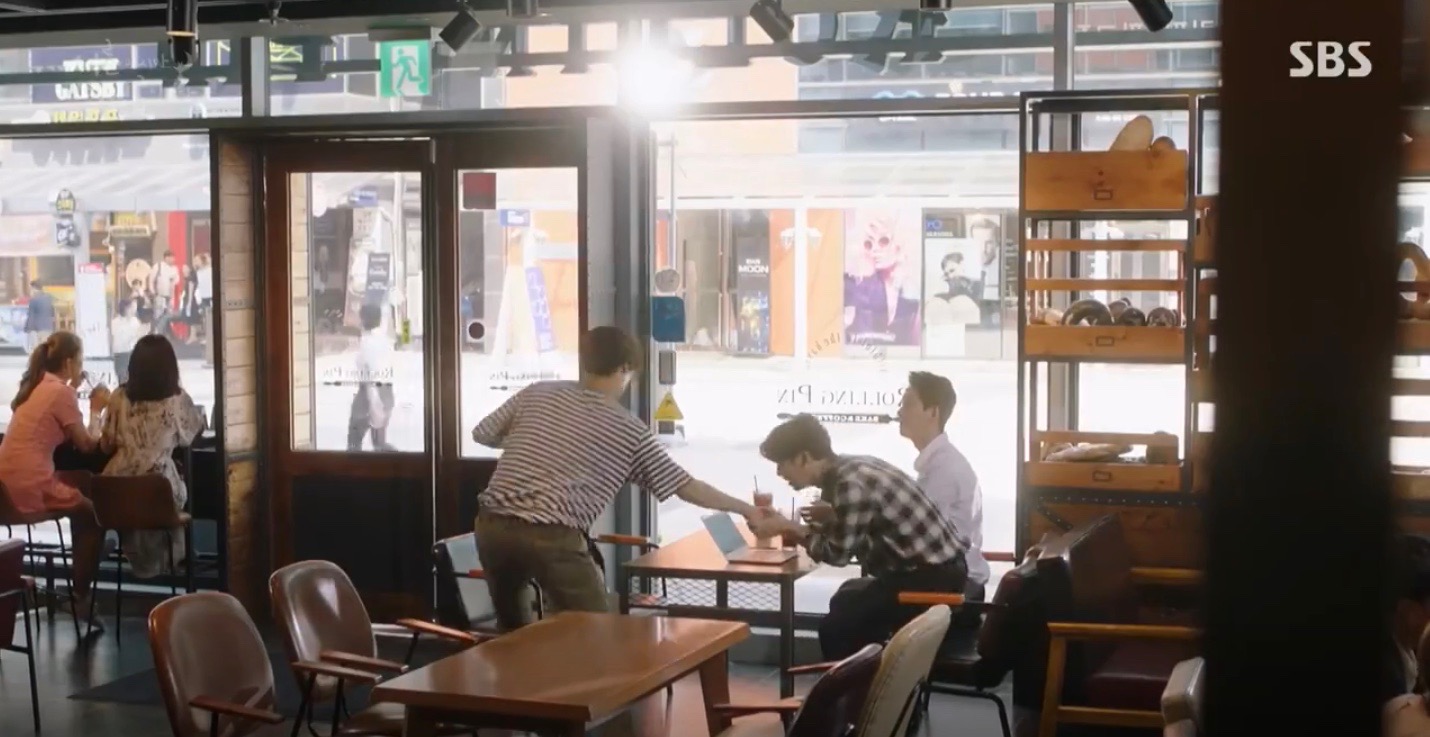 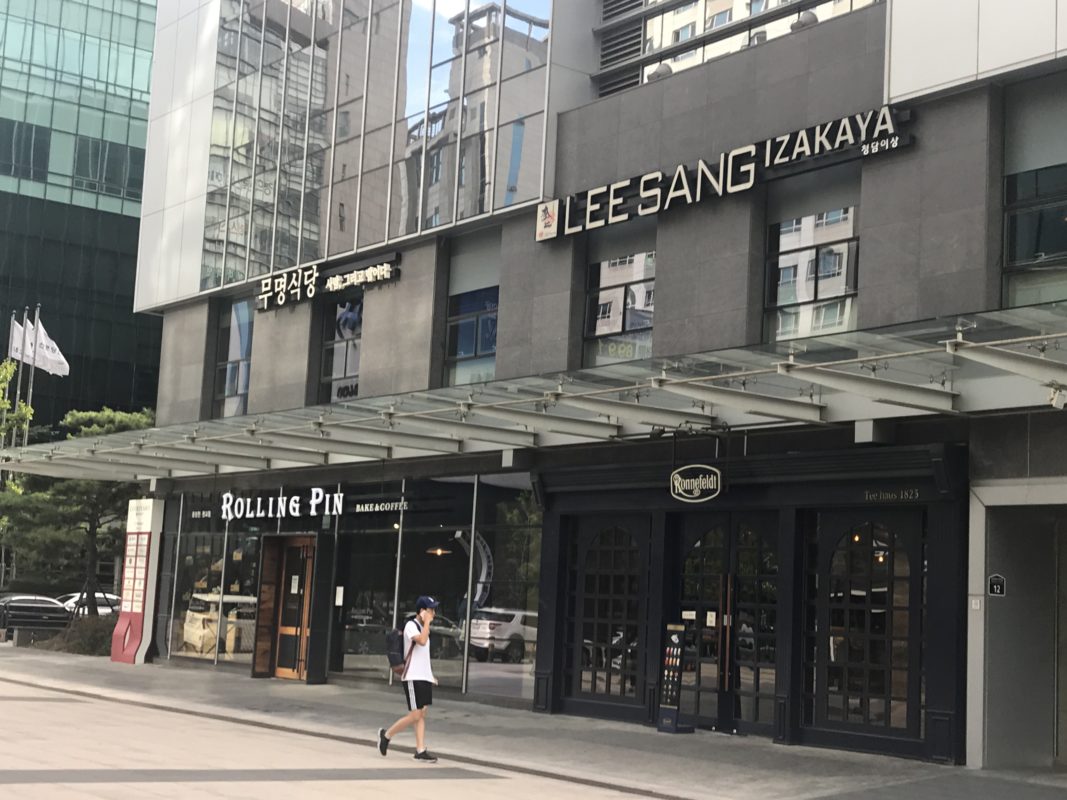 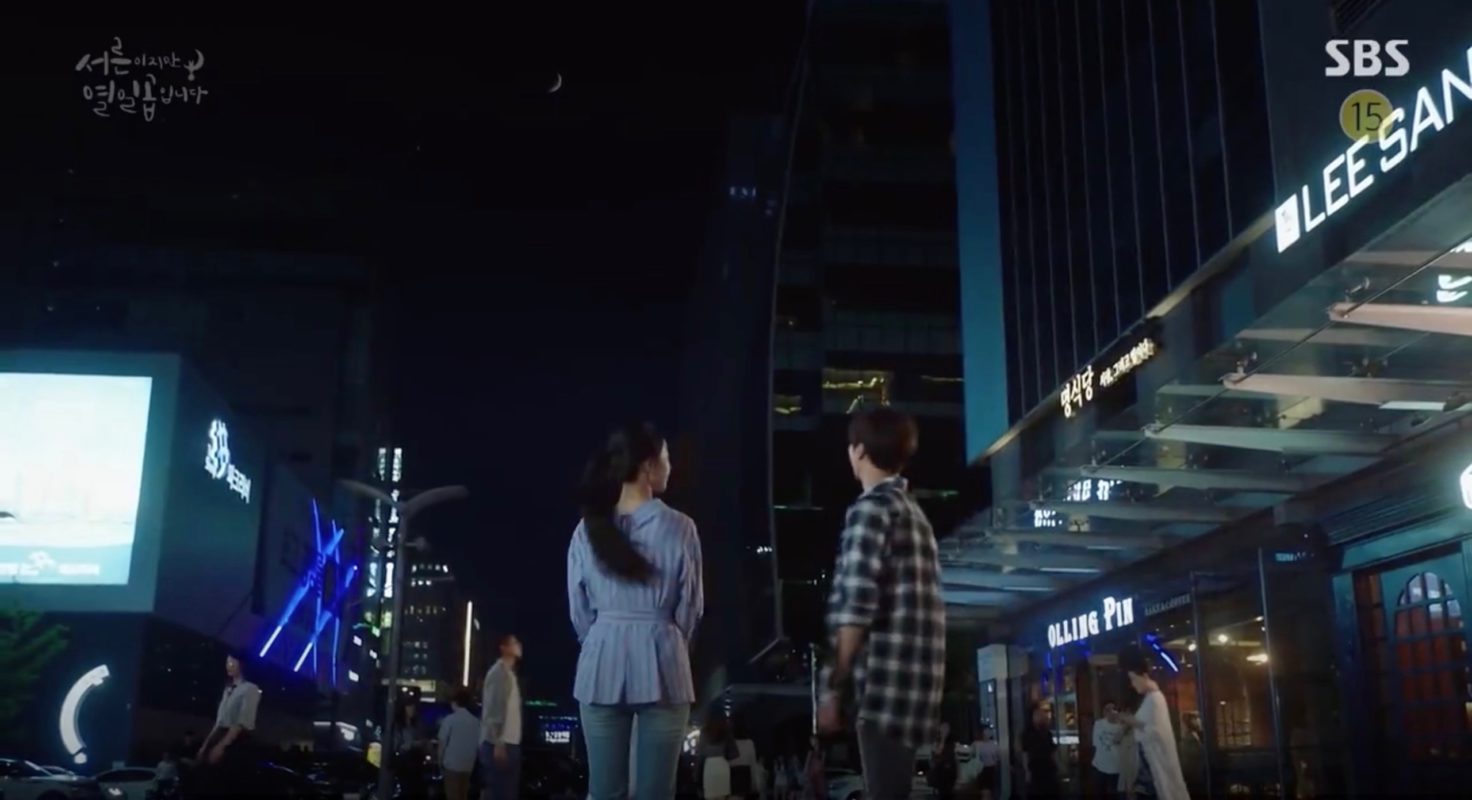 In episode 9 of Still 17 / Thirty But Seventeen / 30 But 17 (서른이지만 열일곱입니다) (SBS, 2018), Gong Woo-jin (Yang Se-jong) meets up with his clients at this cafe but gets completely distracted by seeing Woo Seo-ri (Shin Hye-sun) passing by across the street. He ends the meeting as soon as possible when he sees her entering (probably fictive) an establishment that appears to be ‘Bar Moon’ opposite the cafe, thinking that since she wanted to make money fast, she decides to work there. In episode 13, the entrance of (fictive) ‘Bar Seven’ is located right next to this café and its seen in the background.

Rolling Pin — Pangyo Branch [롤링핀 판교점], opened in 2014, is a branch of South Korean bakery-coffee chain Rolling Pin [롤링핀] located on the first floor (south-east corner) in the Courtyard by Marriott Seoul Pangyo [코트야드 바이 메리어트 서울 판교], which was completed by Junglim Architects in 2014. The building is located in Seongnam’s neighborhood of Sampyeong-dong [삼평동] in the Bundang District [Bundang-gu/분당구], vis-à-vis Rich Together Center [리치터게더센터].