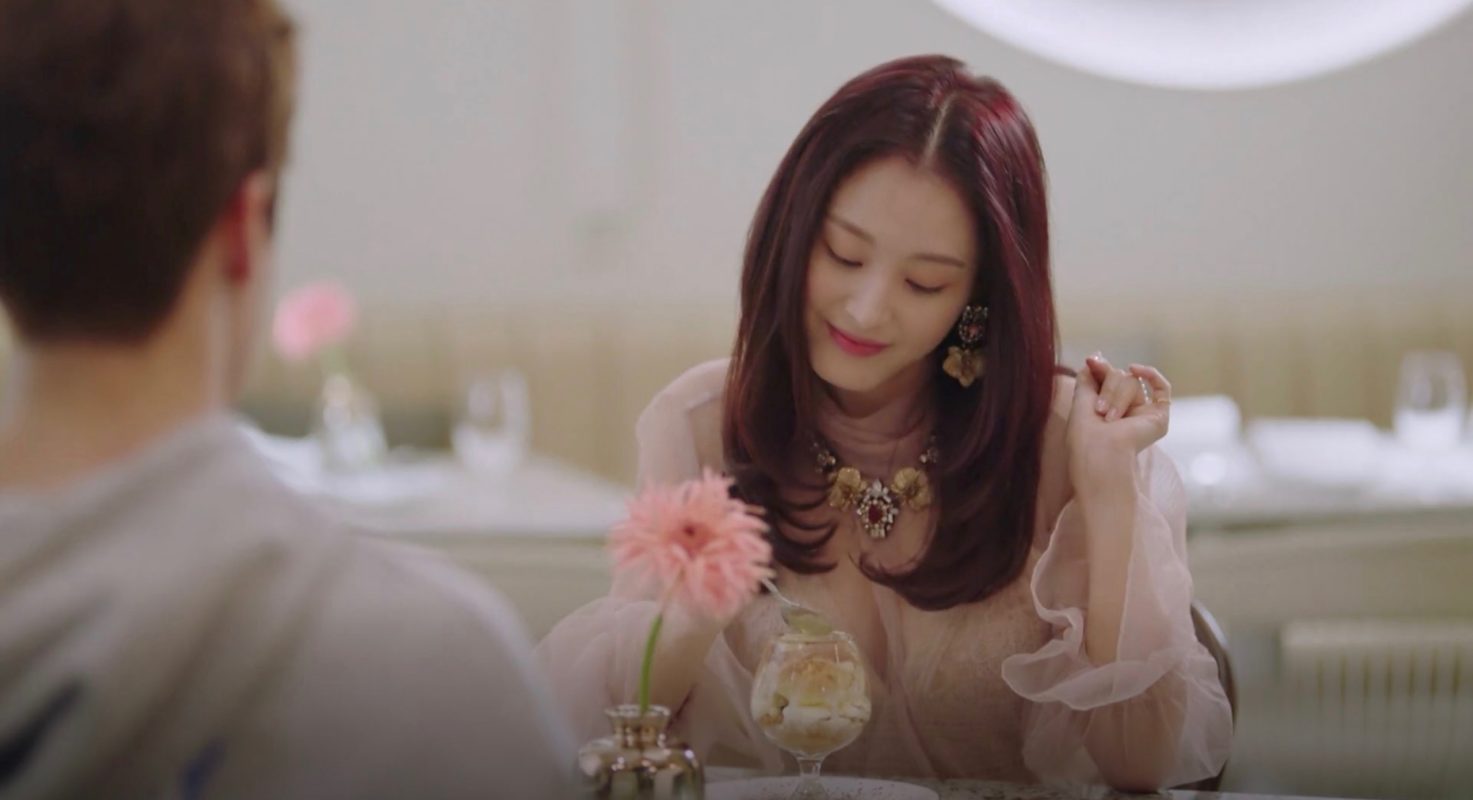 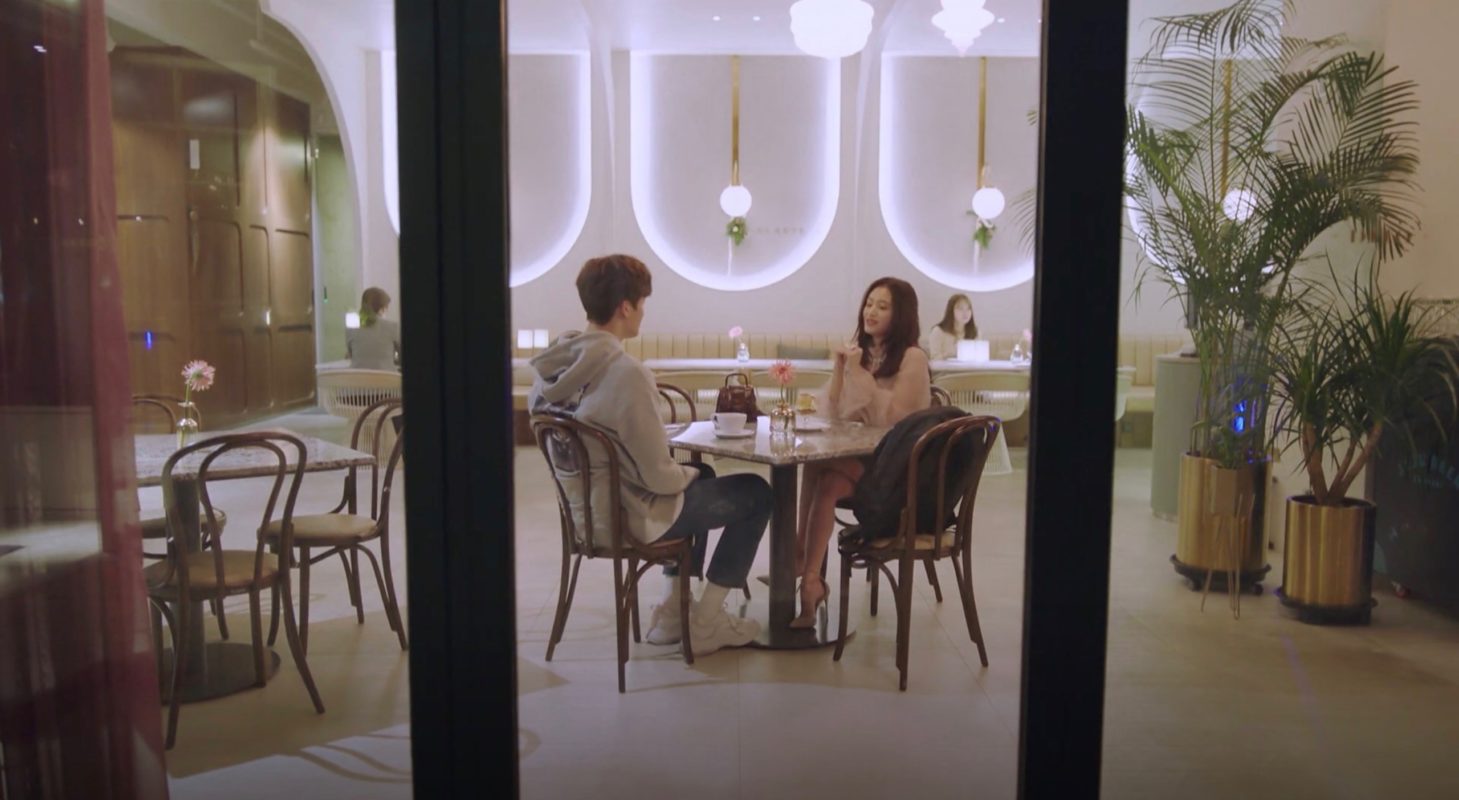 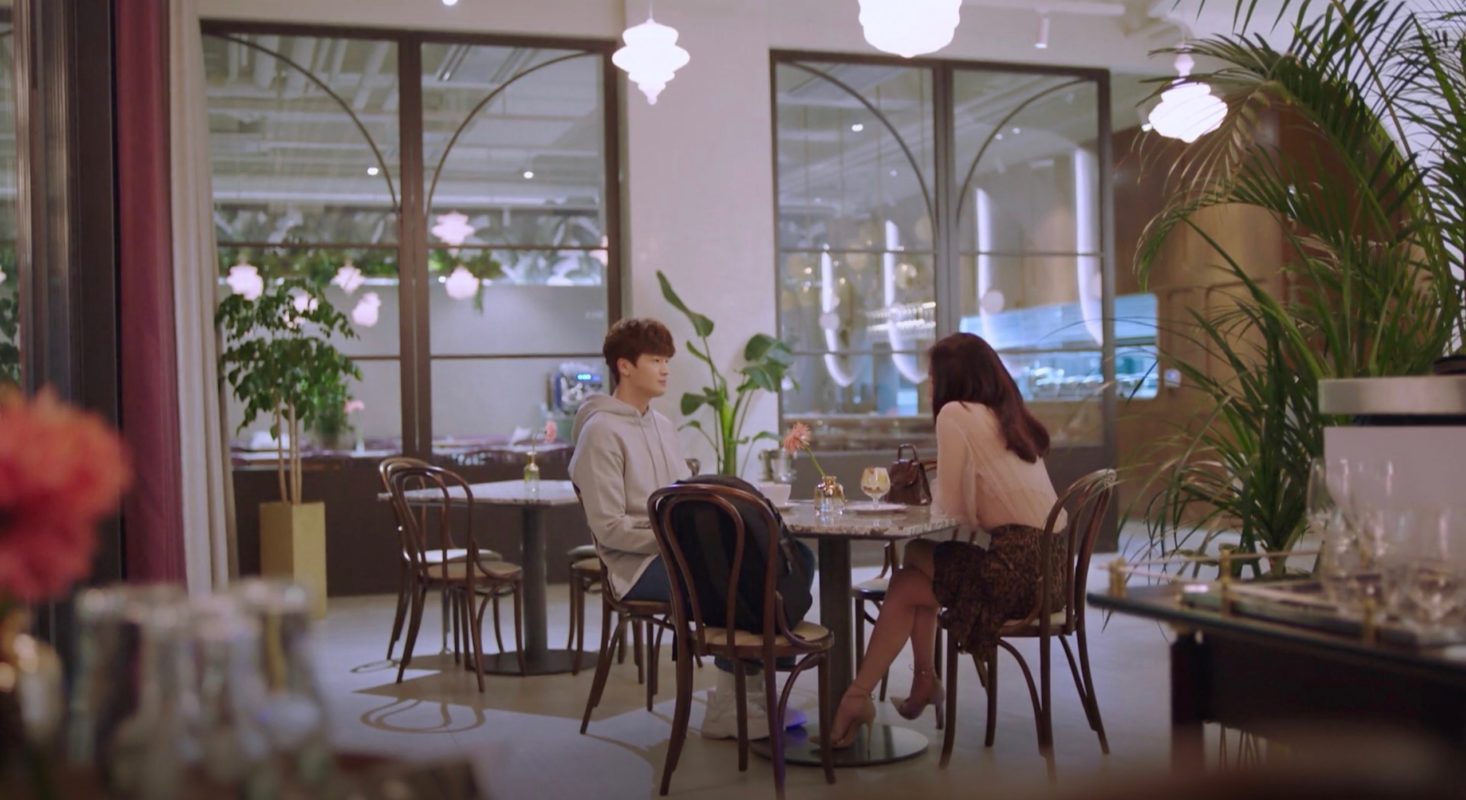 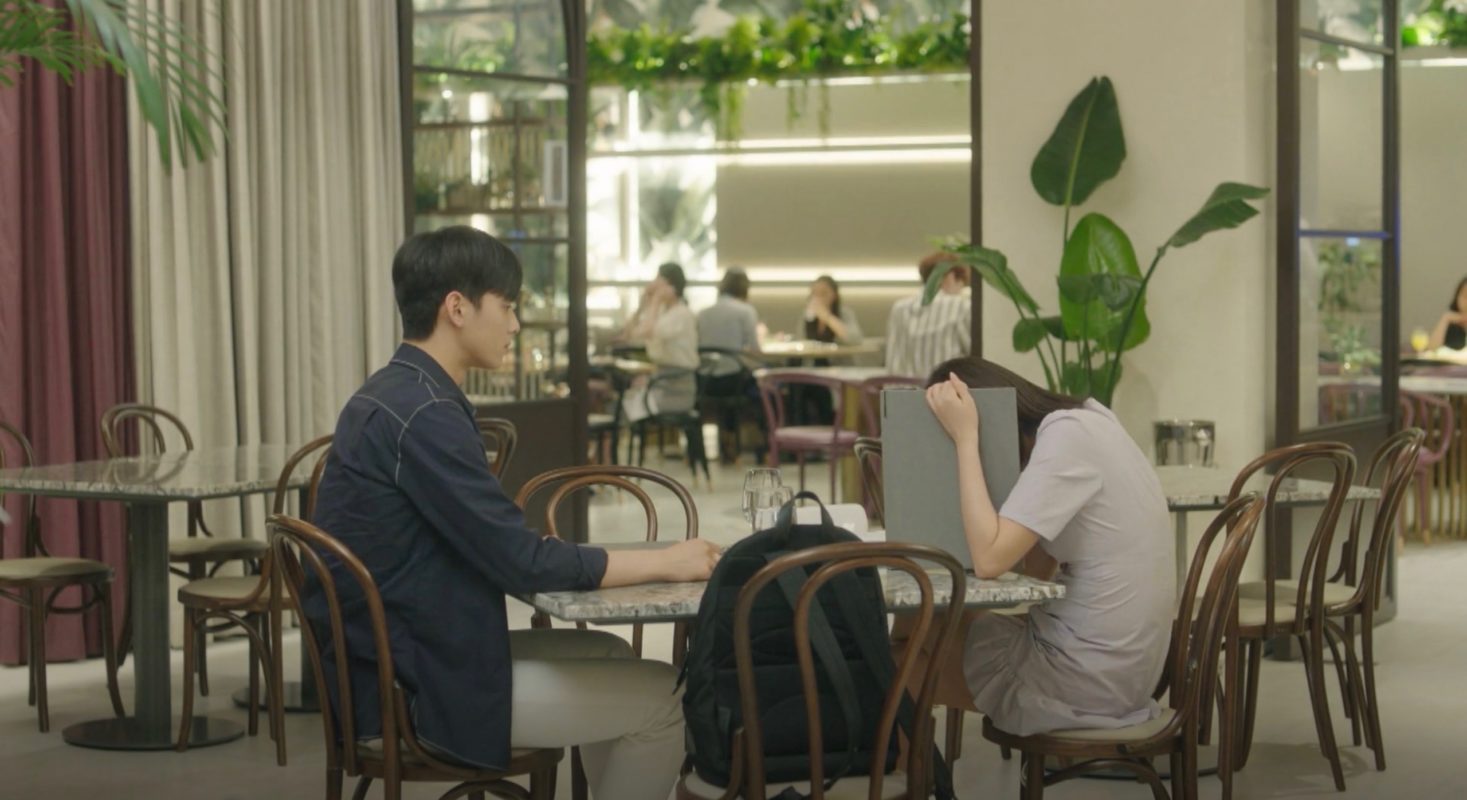 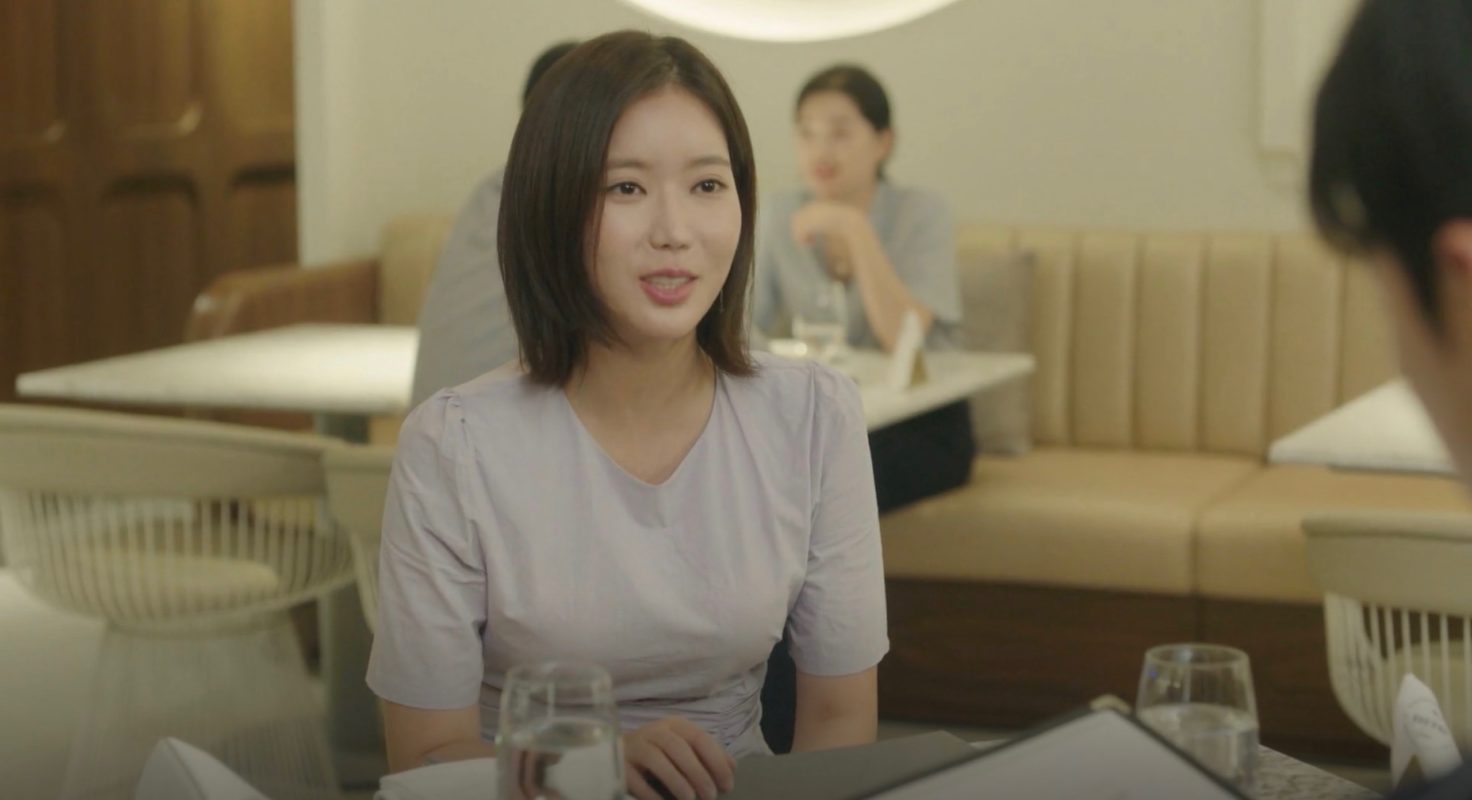 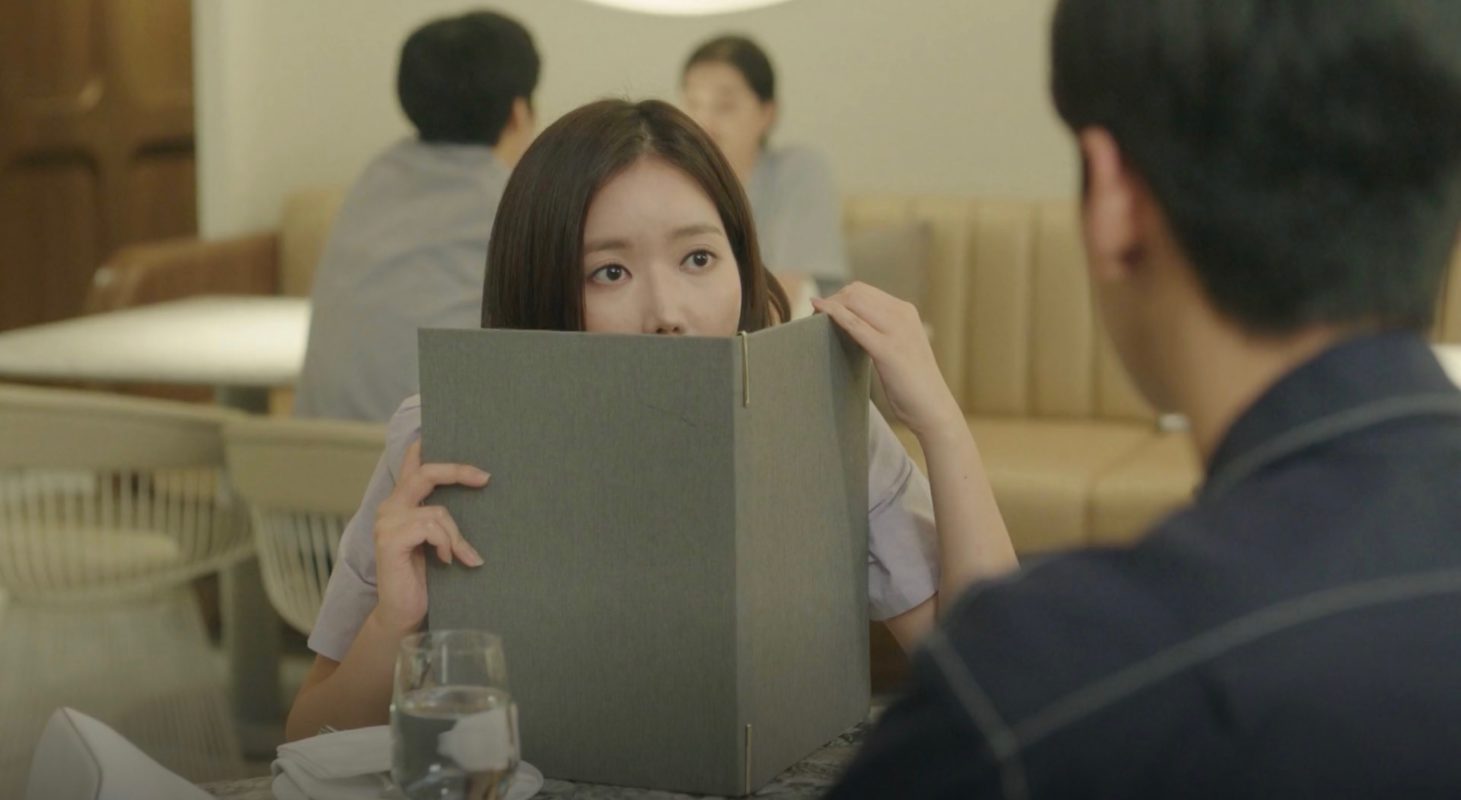 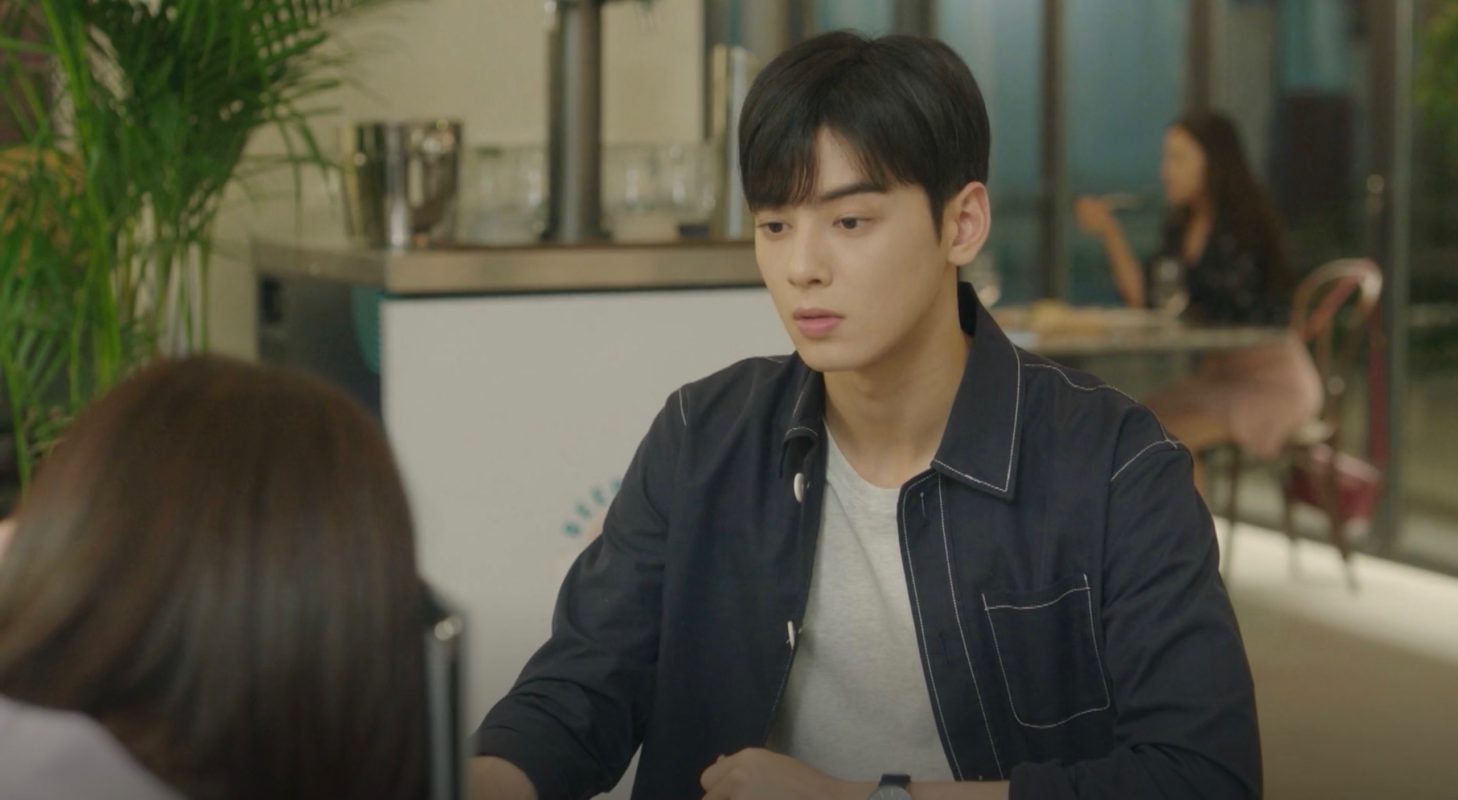 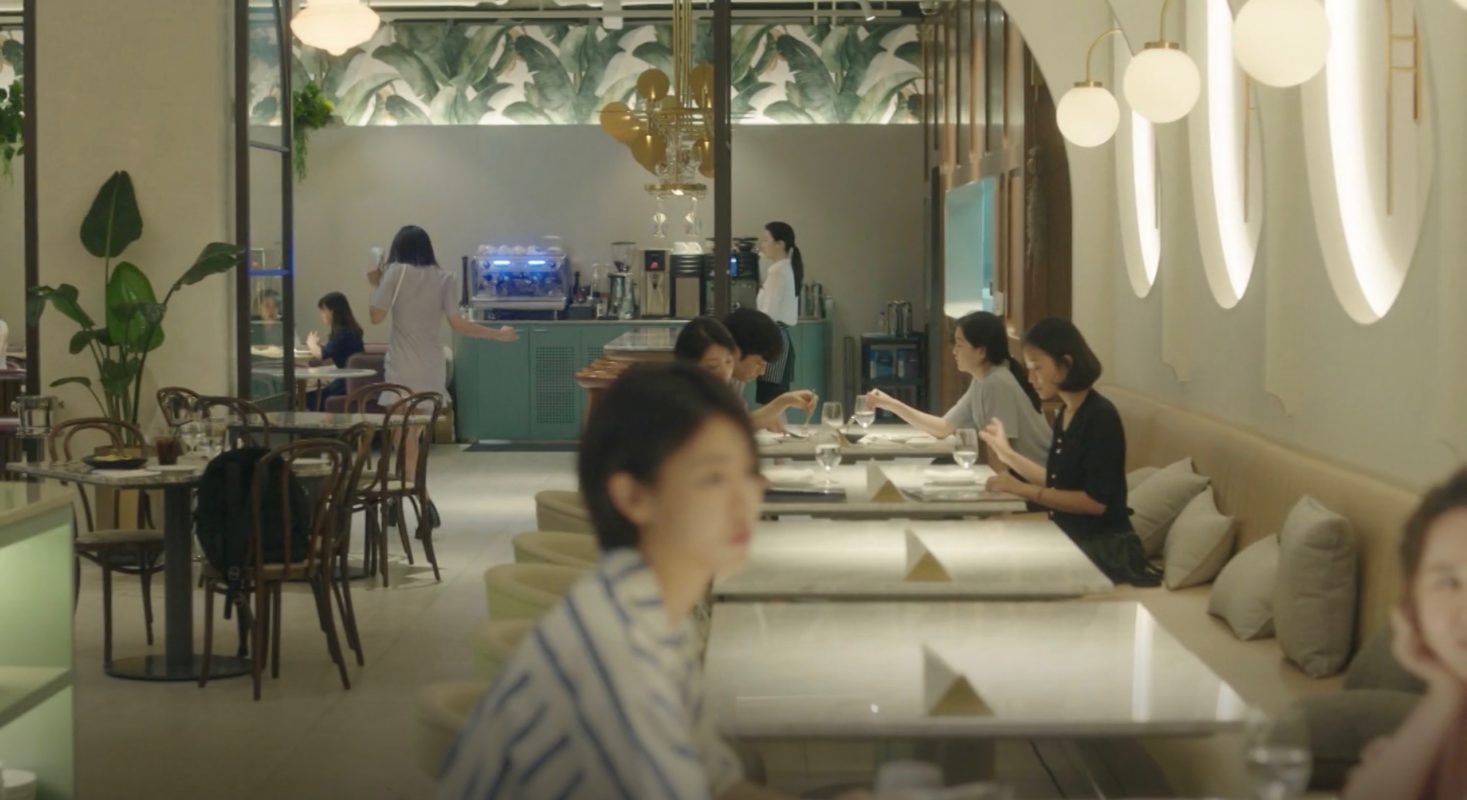 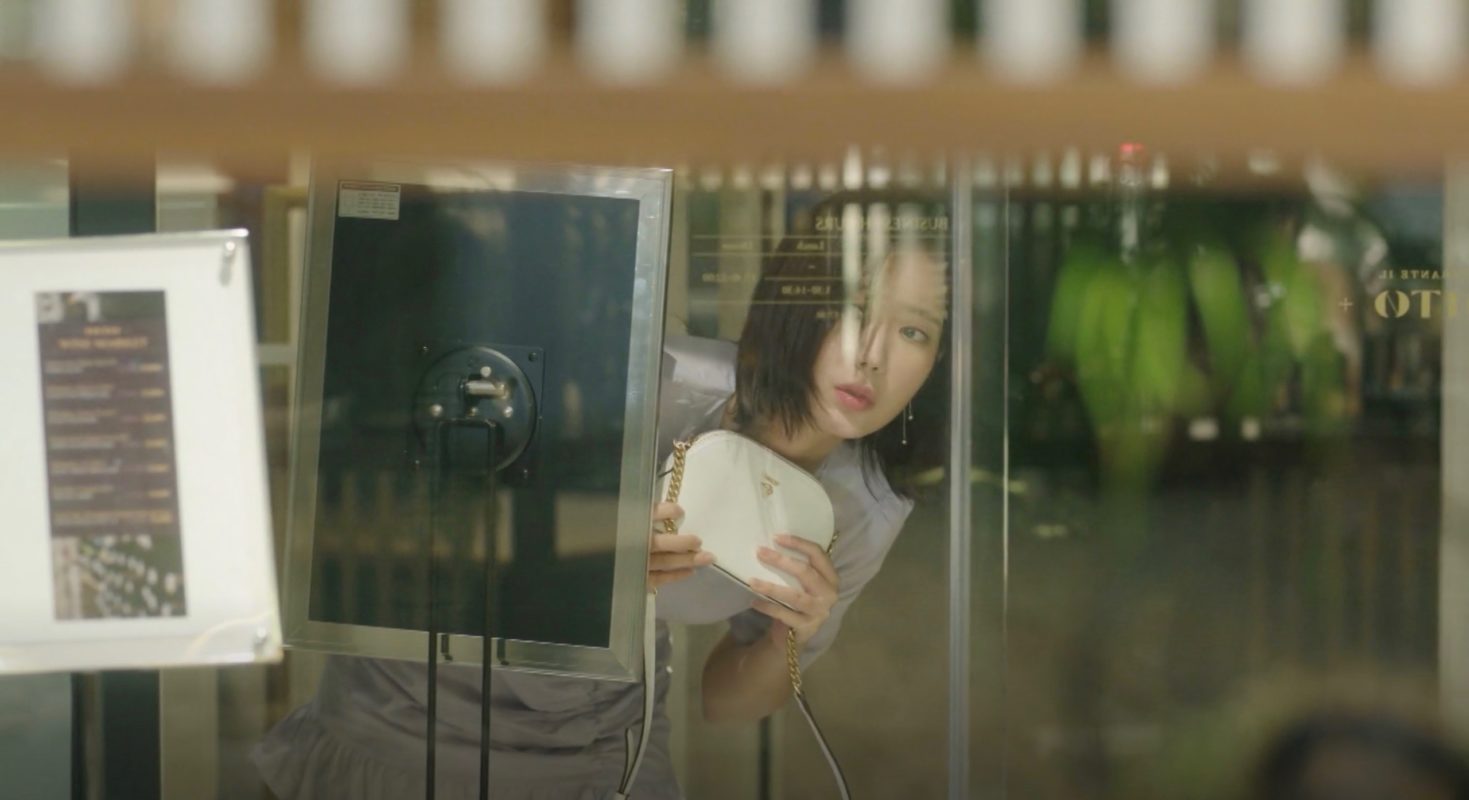 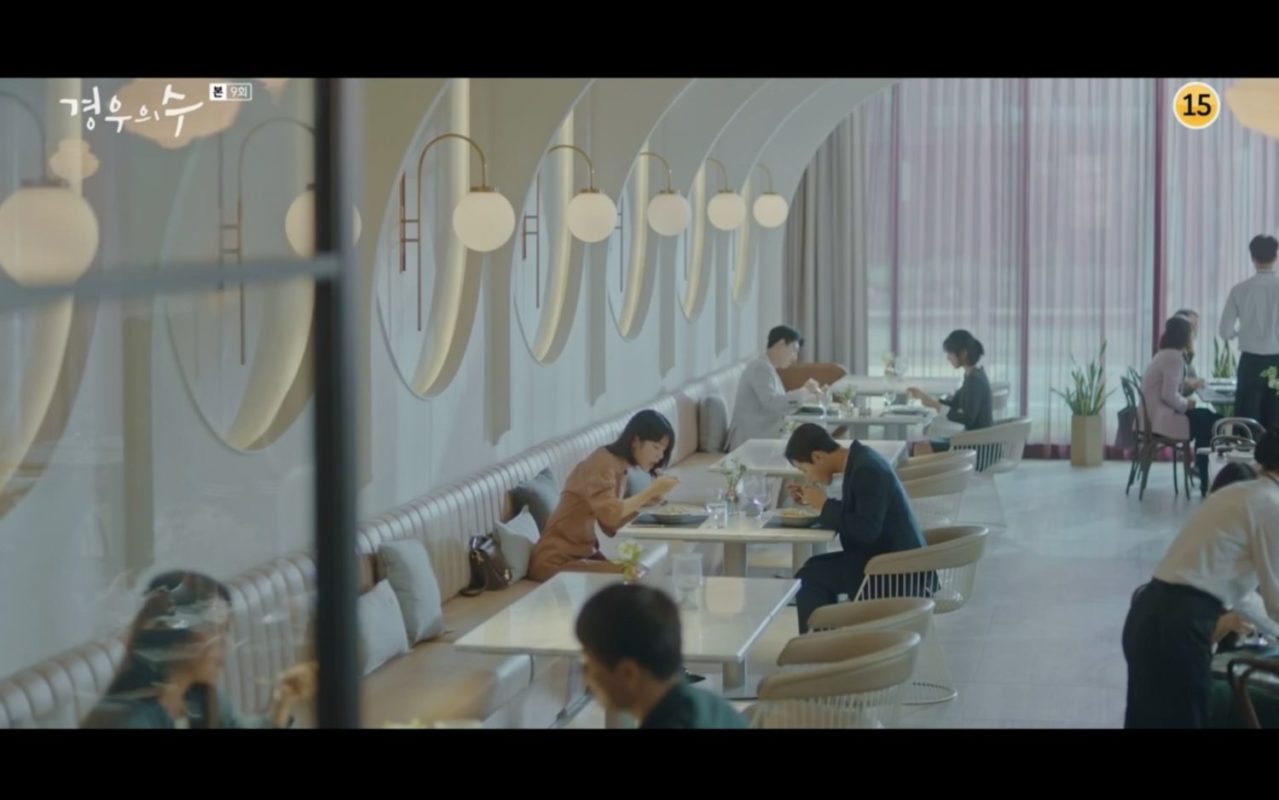 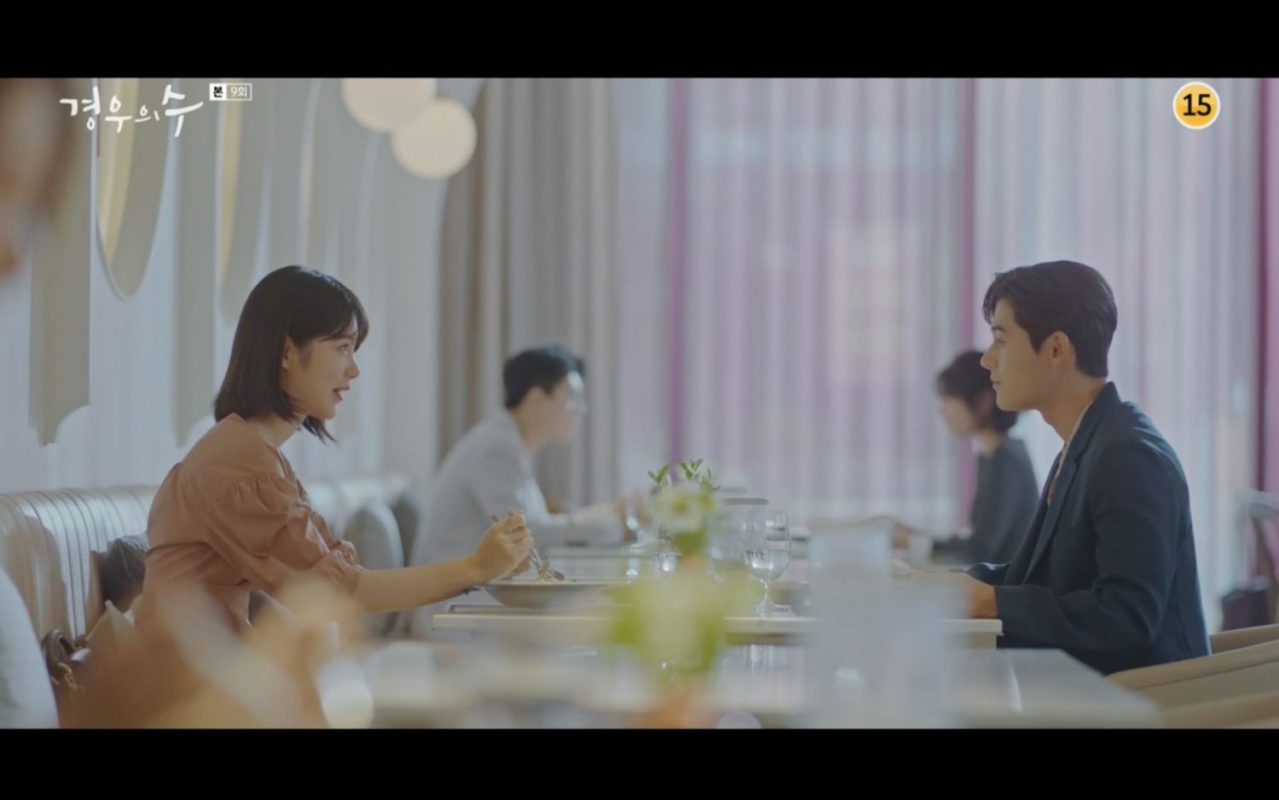 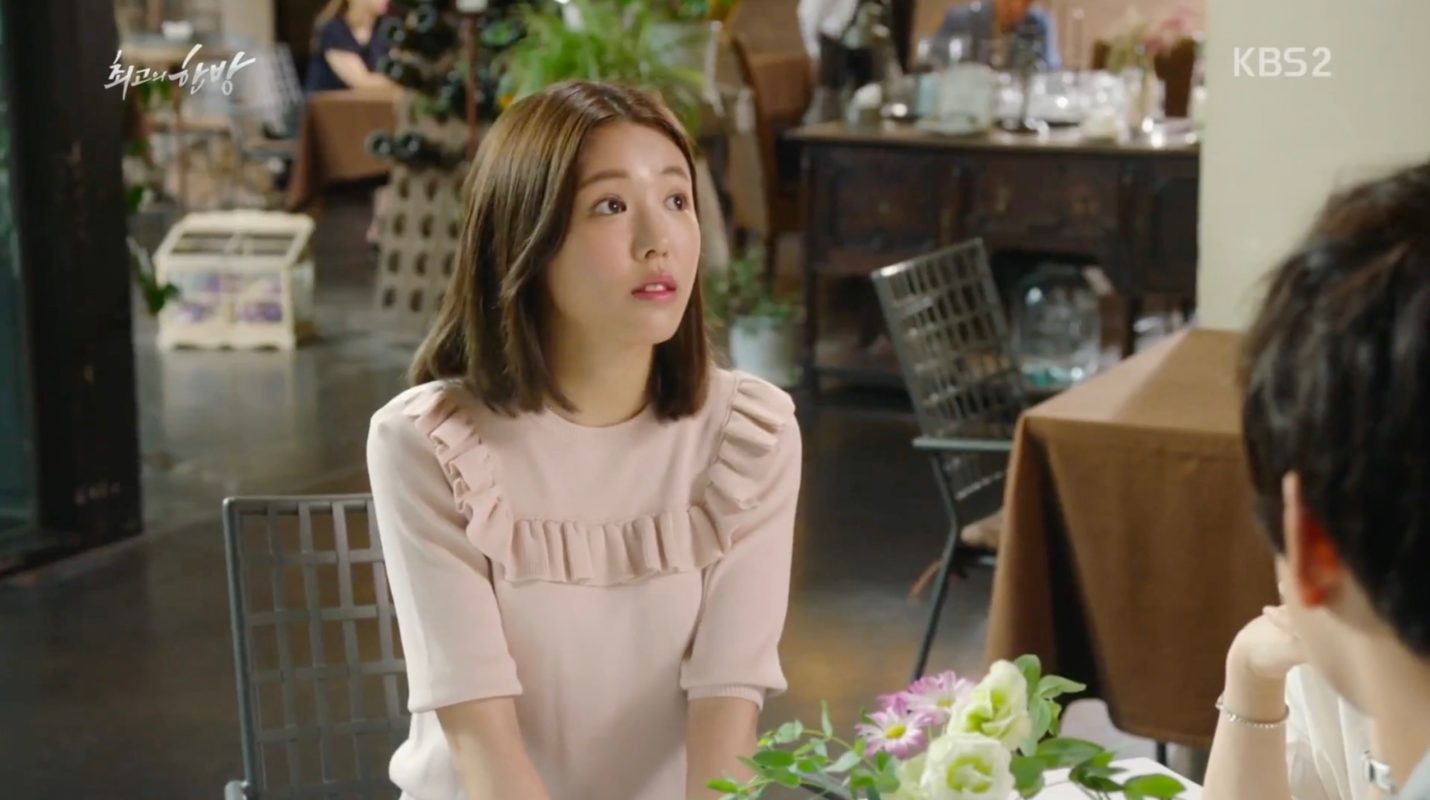 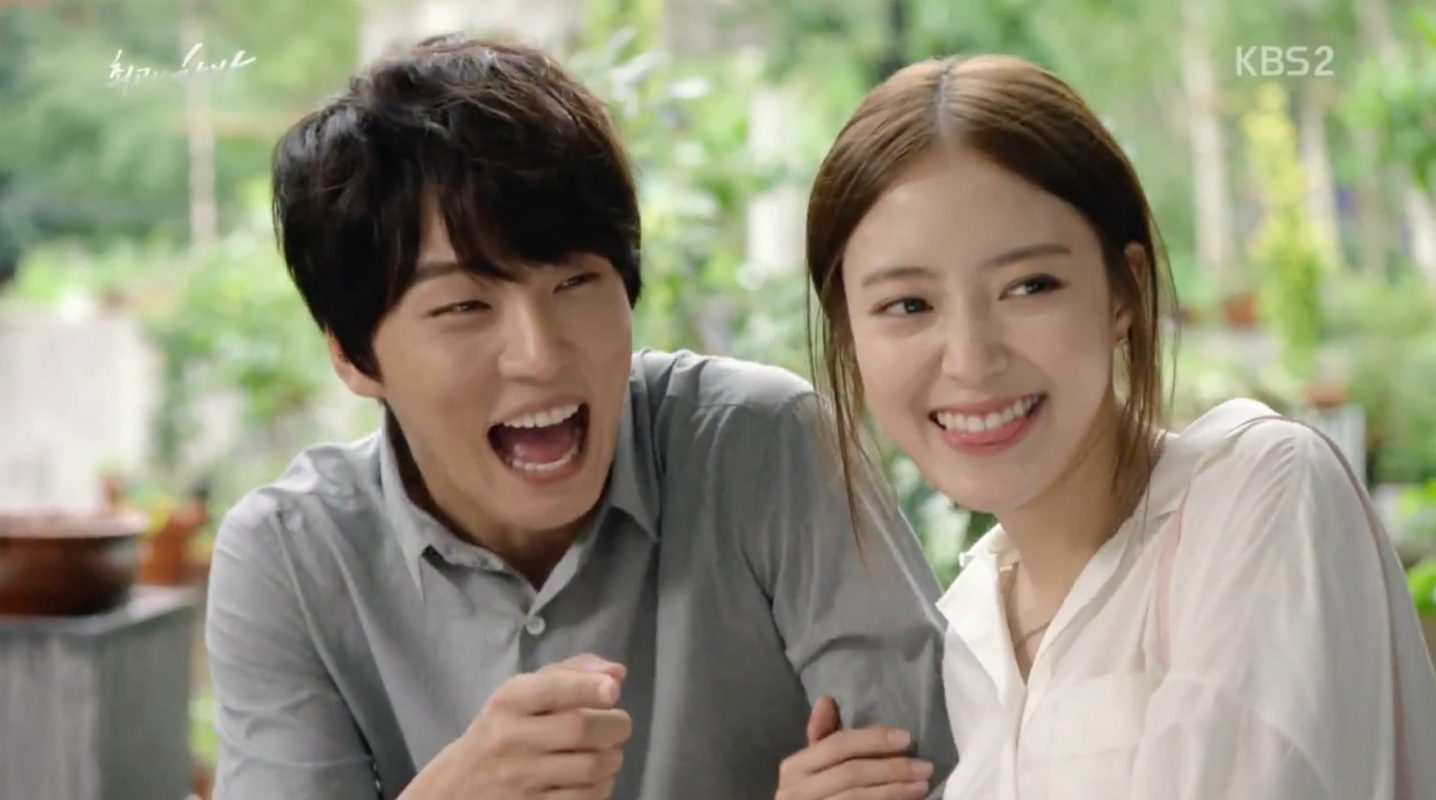 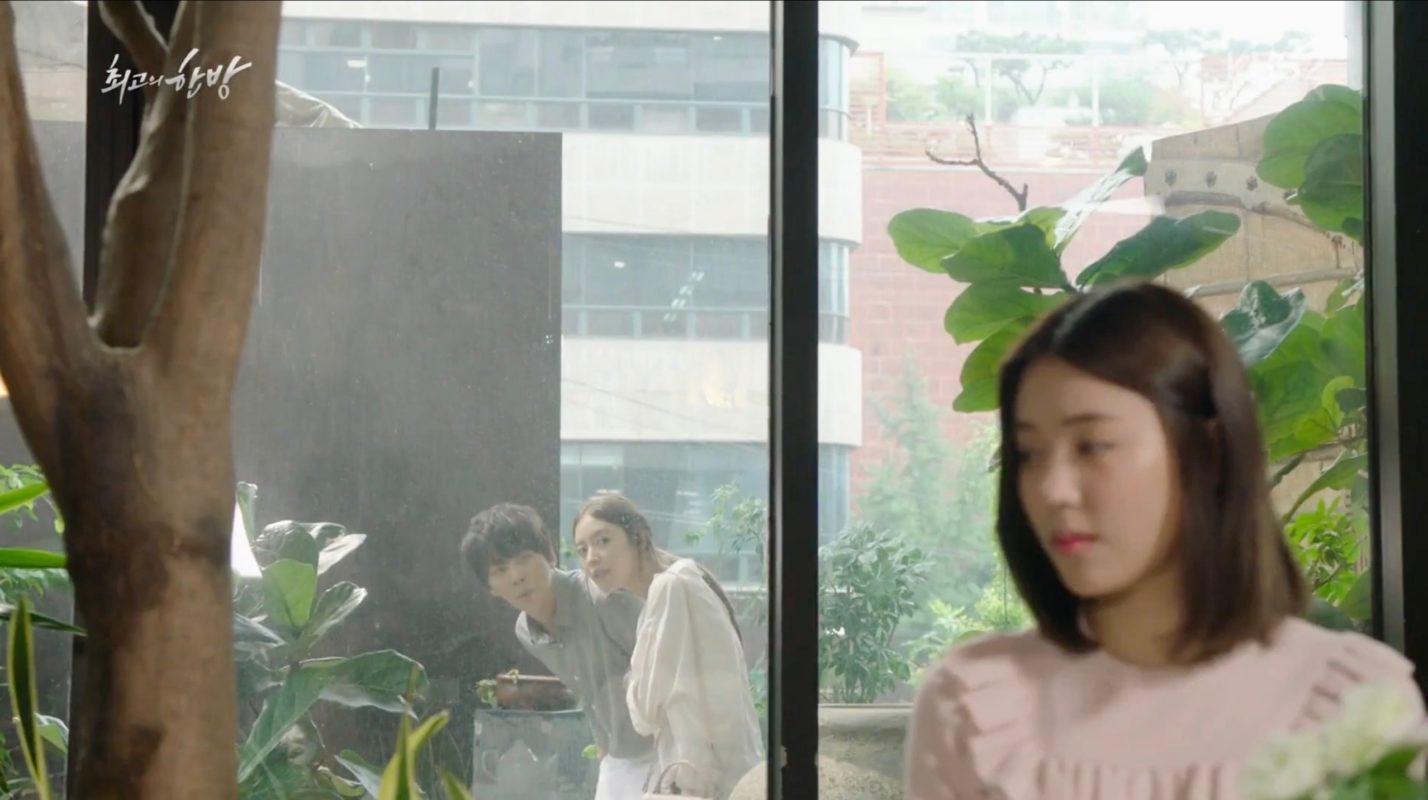 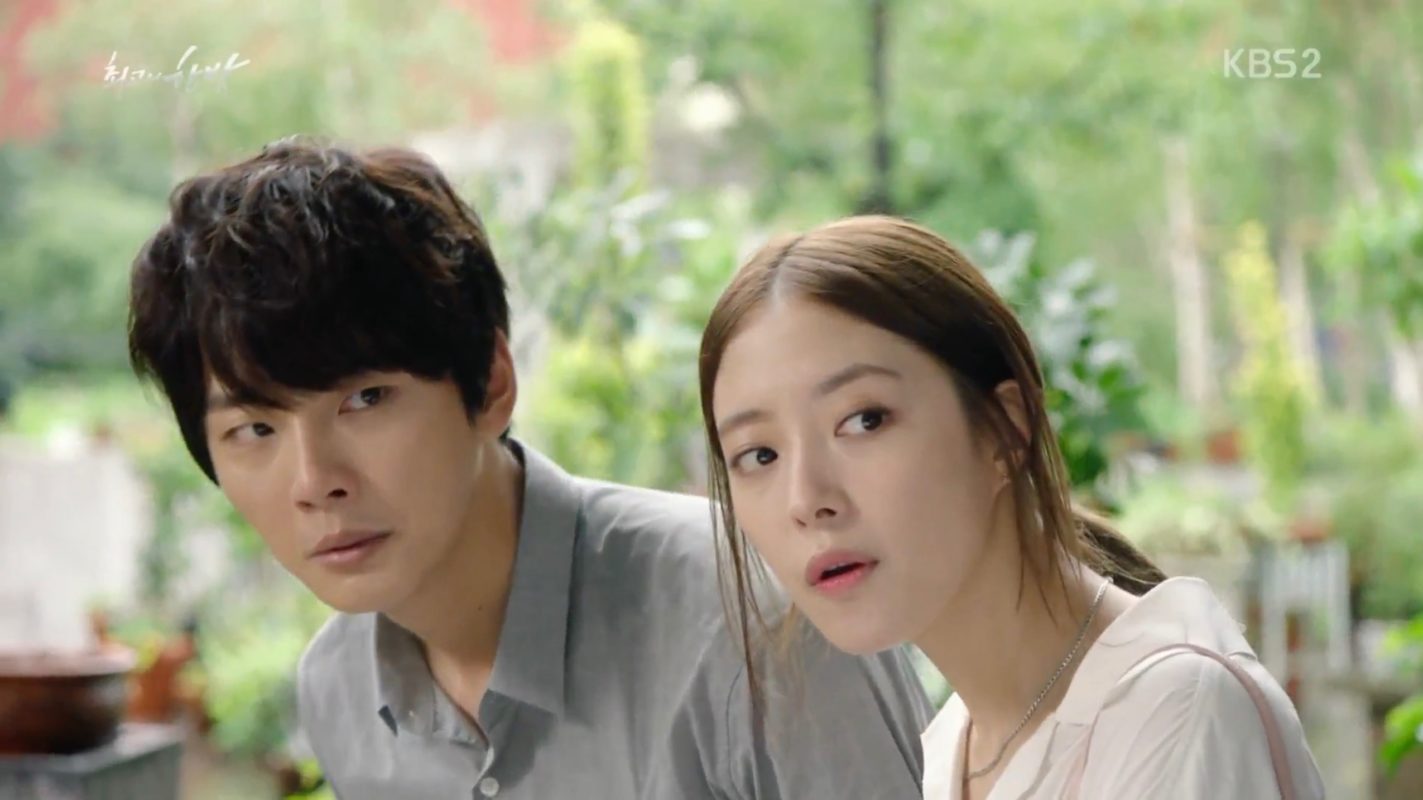 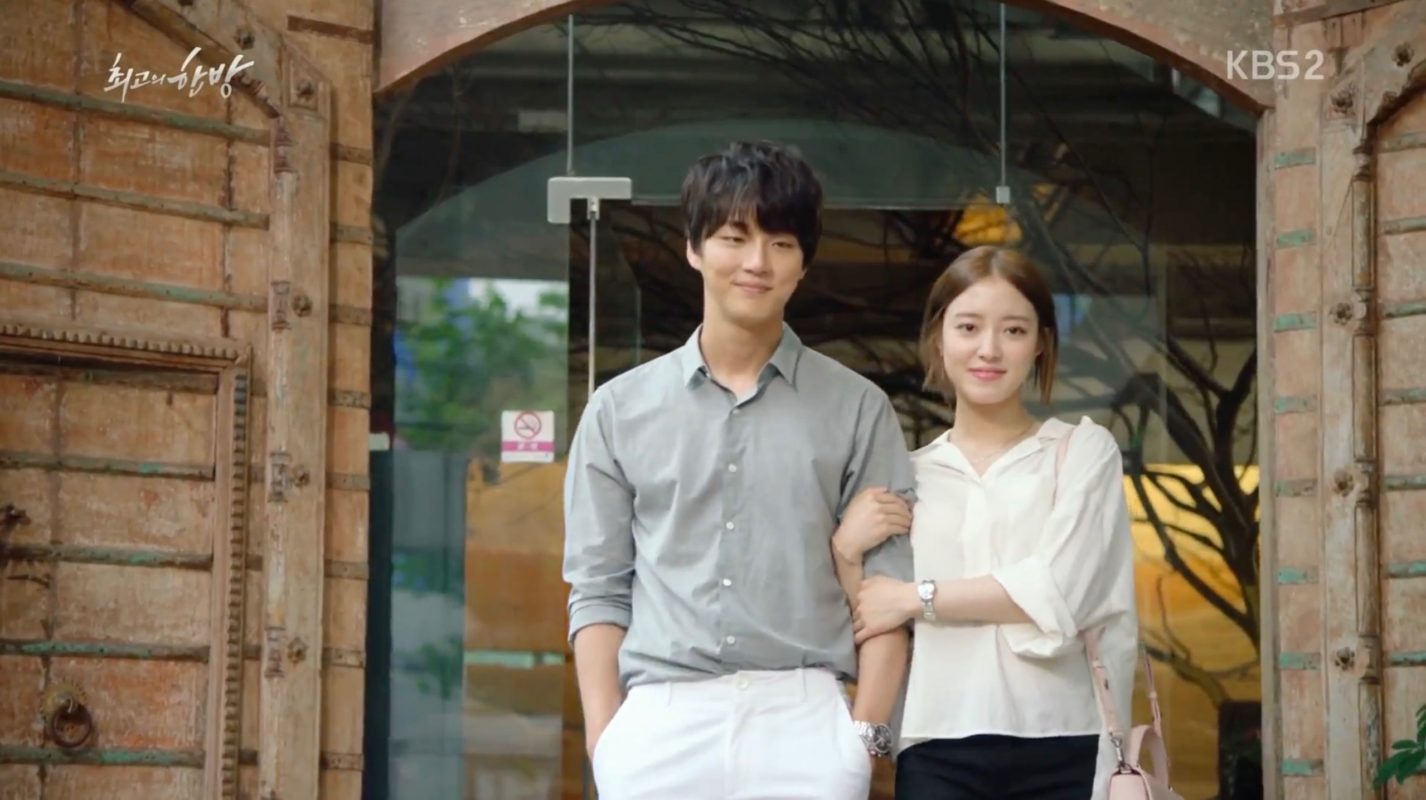 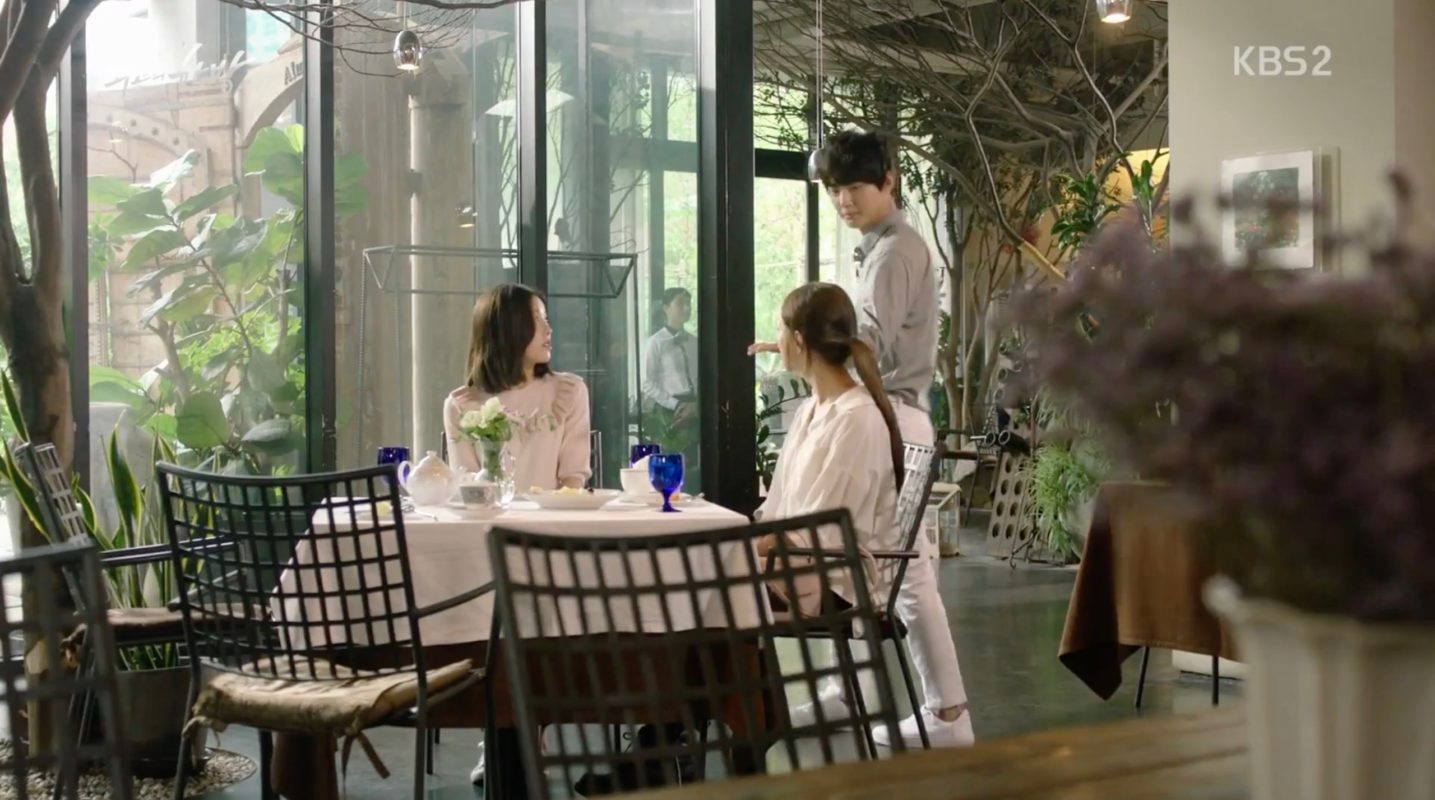 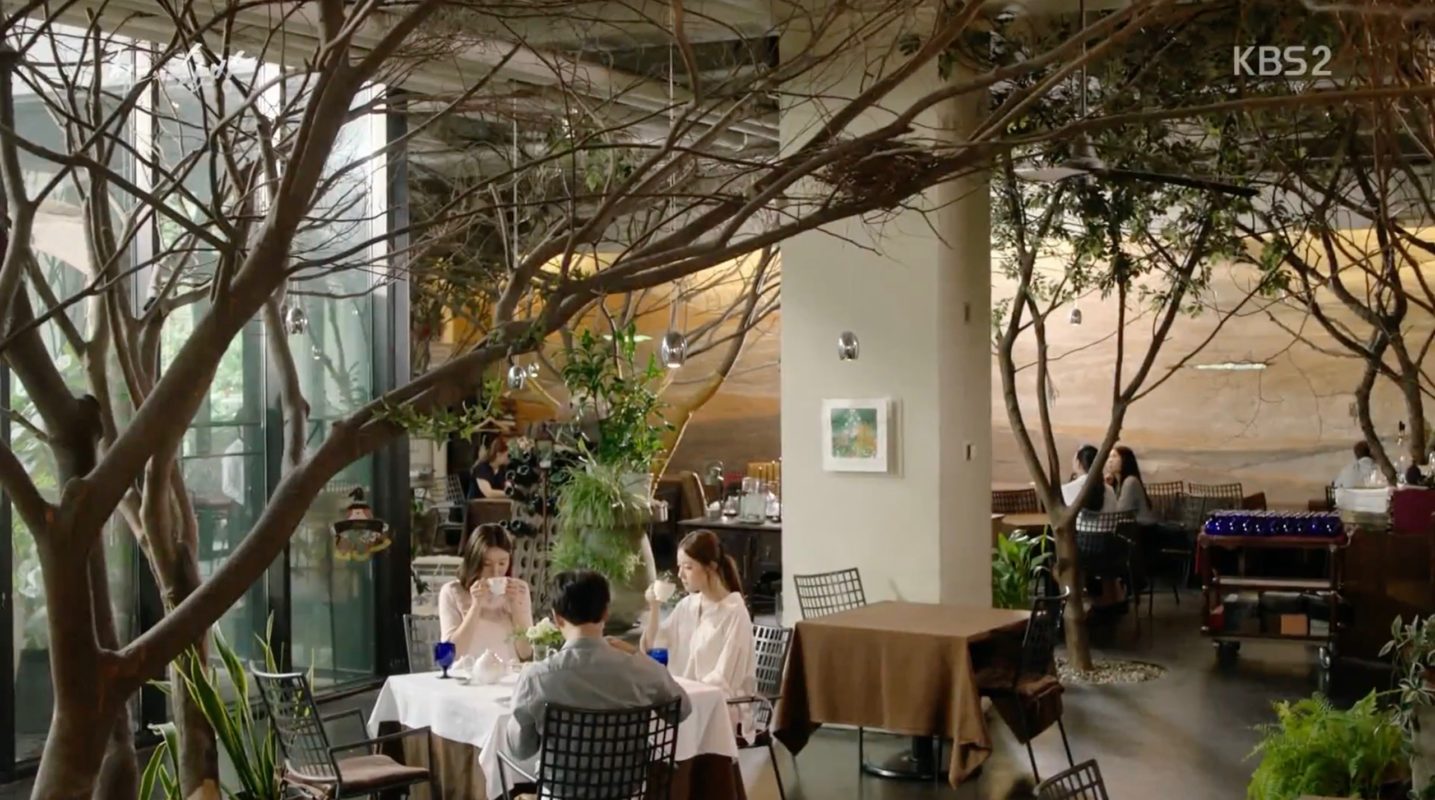 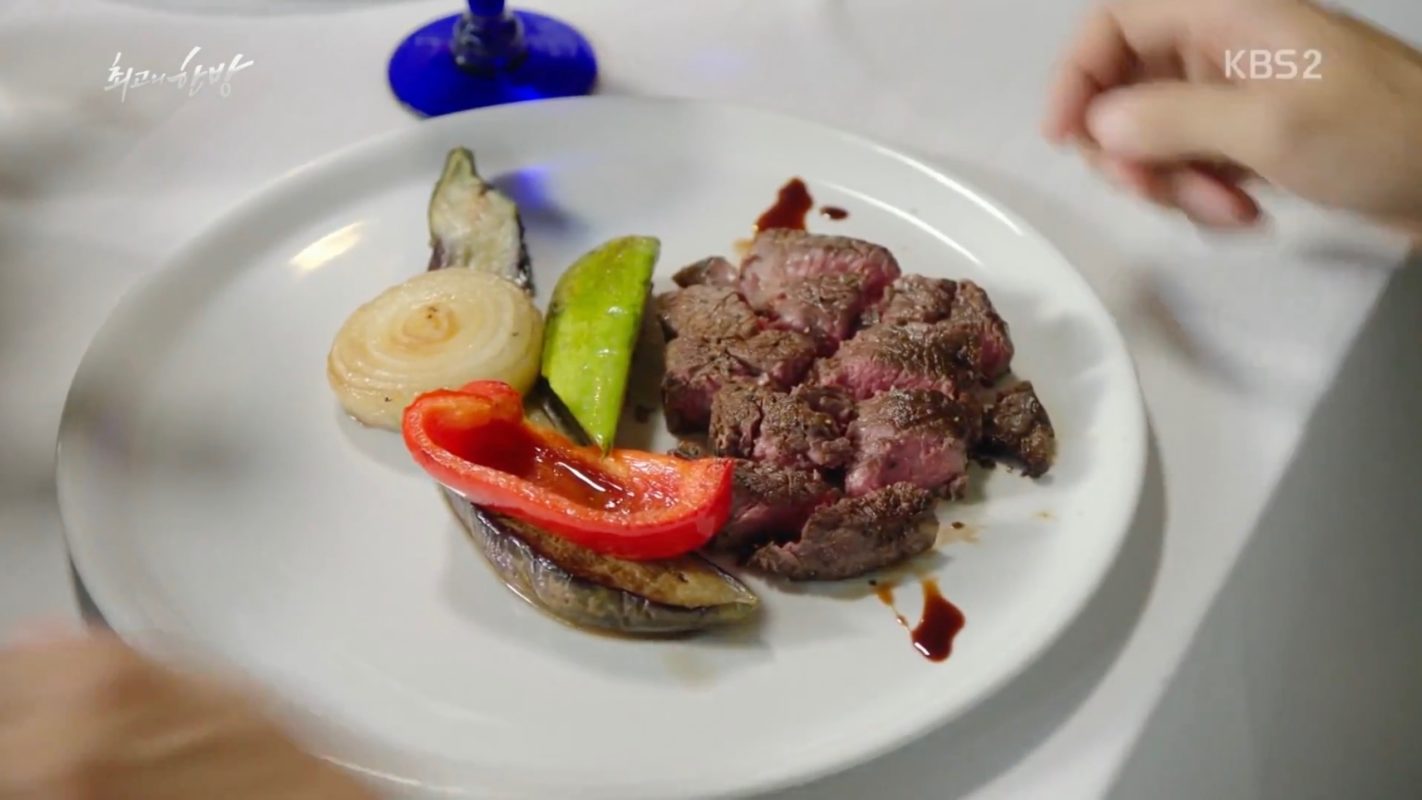 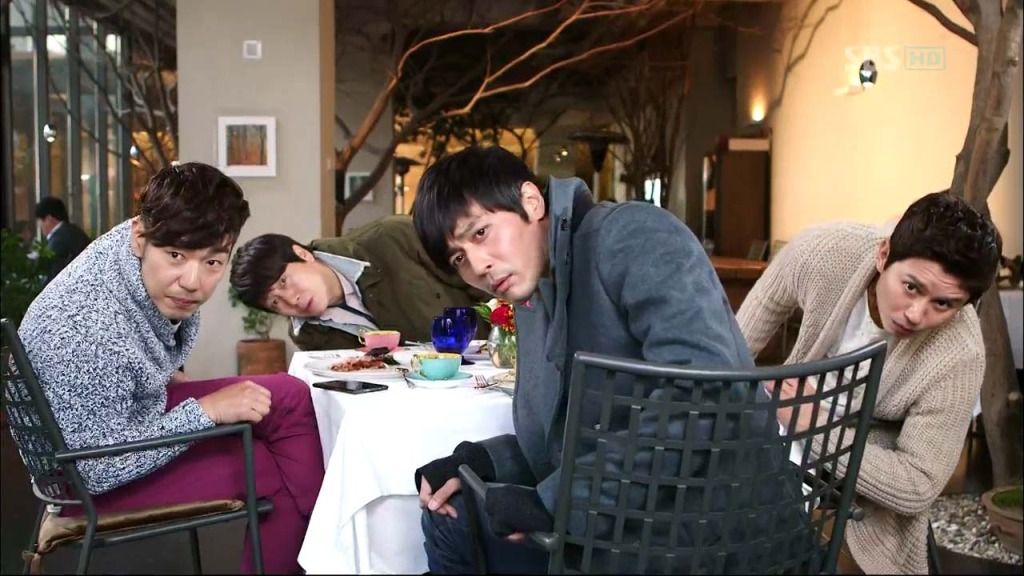 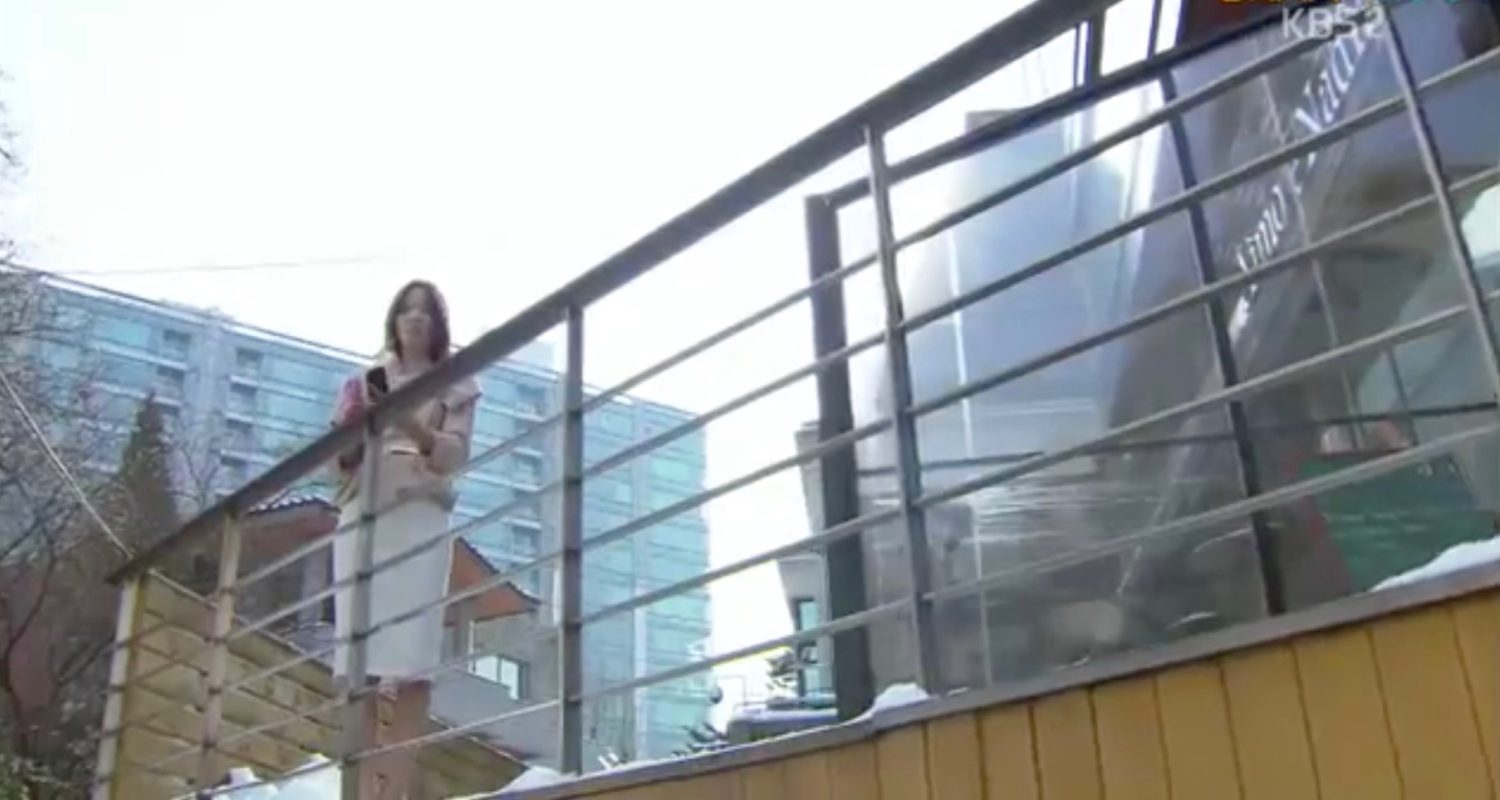 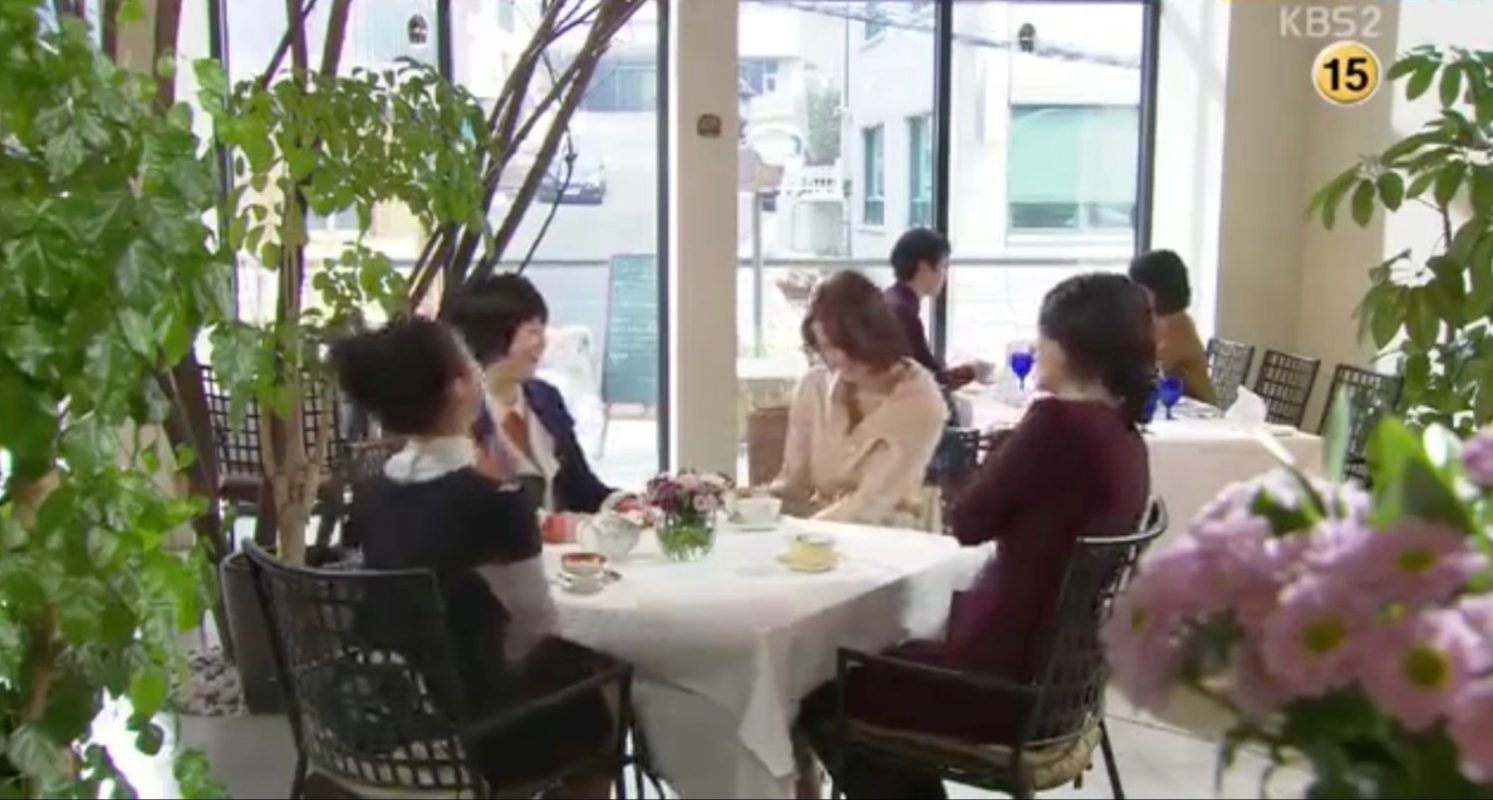 On Joon-soo (Kim Dong-joon from ZE:A) brings Kyung Woo-yeon (Shin Ye-eun) to a dinner date to this restaurant in episode 9 of More Than Friends/Number Of Cases (Kyeongueui Su/경우의 수) (JTBC, 2020).

The interior of this restaurant appears as the restaurant in which Veronica Park (Kim Jae-kyung) and Ki Dae-joo (Koo Ja-sung) have dinner in episode 15 (full episode 8) of The Secret Life of My Secretary/I Loved You From The Beginning/How to Train My Blind Boss (초면에 사랑합니다) (SBS, 2019) and he tells her that he will not go further than this in their relationship as he wants something long-lasting.

Do Kyung-seok (Cha Eun-woo of Astro) invites Kang Mi-rae (Lim Soo-hyang) for dinner at this restaurant in episode 14 of My ID is Gangnam Beauty / ID: Gangnam Beauty (내 아이디는 강남미인) (JTBC, 2018). She feels terrified to be in public with him and that two class mates of them are also here to eat, doesn’t help; Mi-rae goes for a run.

Yoo Hyun-Jae (Yoon Si-Yoon) takes Choi Woo-Seung (Lee Se-Young) and her ex-best friend (who snatched aways her boyfriend) to this restaurant in episode 25 of The Best Hit (최고의 한방) (KBS2, 2017). Hyun-Jae makes the ex-girlfriend believe that he’ll invite her, but he and Woo-seung leave her with the bill after finishing their desert.

Ristorante Il Dito [디토/디토 서초점], most of the time shortened to Dito, is an Italian restaurant that opened in March 2018, located in Seoul’s neighborhood Seocho [Seocho-dong/서초동] in the Seocho District [Seocho-gu/서초구]. Before Dito occupied the space, the Italian restaurant Aimo e Nadia [아이모나디아 서초점] was located here from 2011 to 2017.

The restaurant’s building was designed in 2004 by prize-winning South Korean architect Bae Dae-yong under his company B&A Design Communications, established in 1988 as B&A INC and which expanded into architecture in 2004 through the B&A Architect Office. The building also houses Samsung Publishing House [삼성출판사 출판사] and two media companies.

Please note: The exterior in The Secret Life of My Secretary was not filmed here but here.