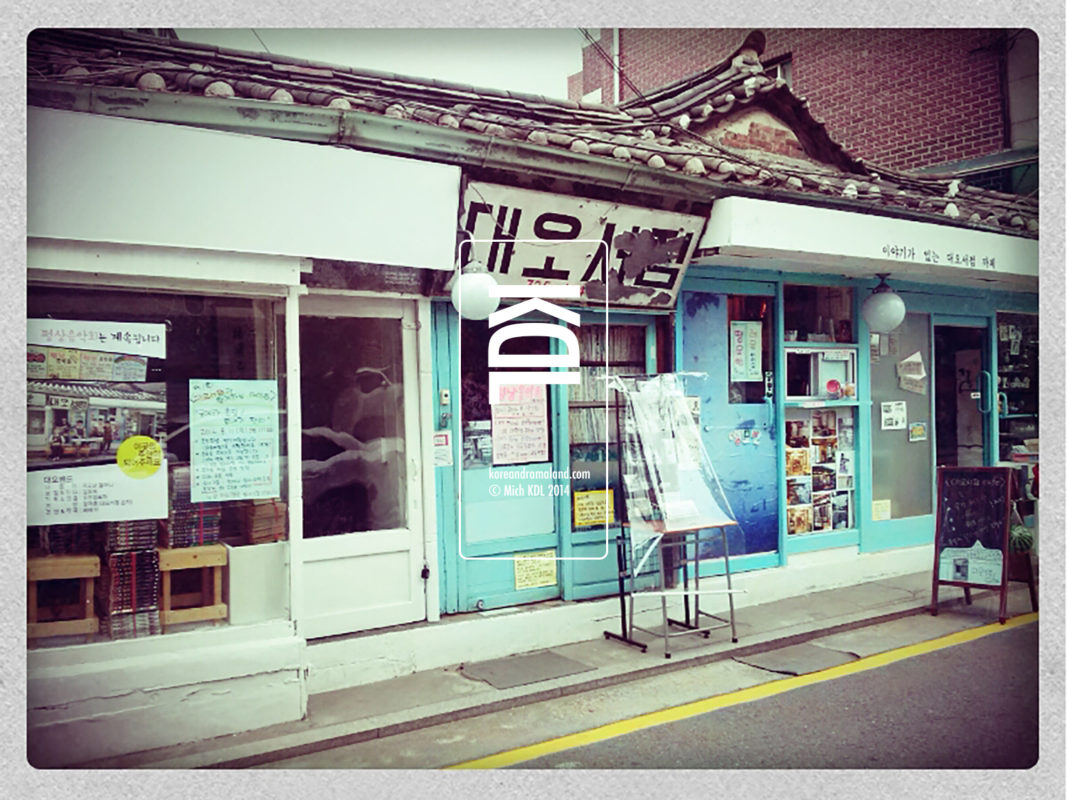 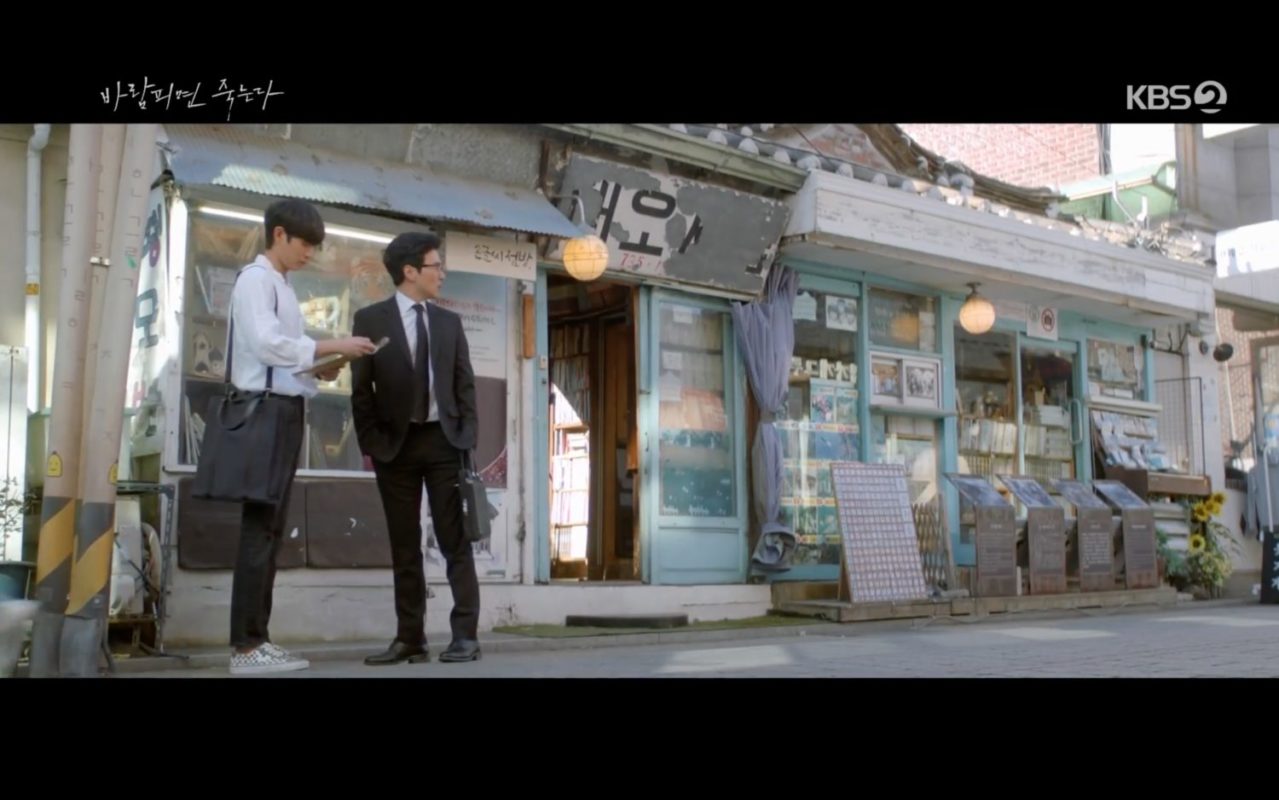 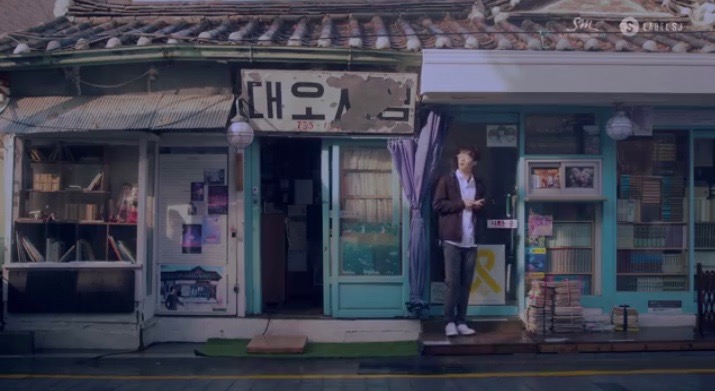 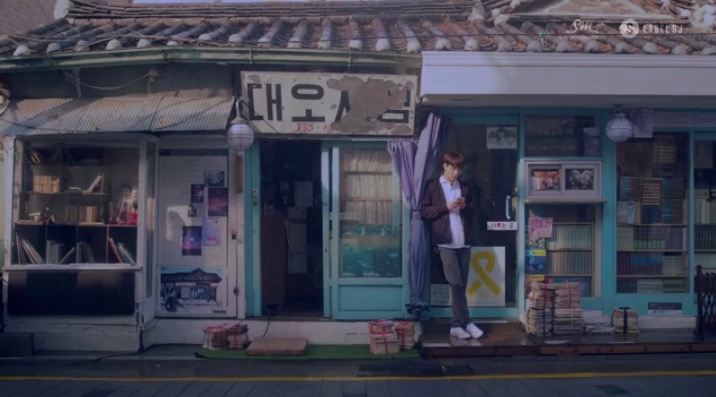 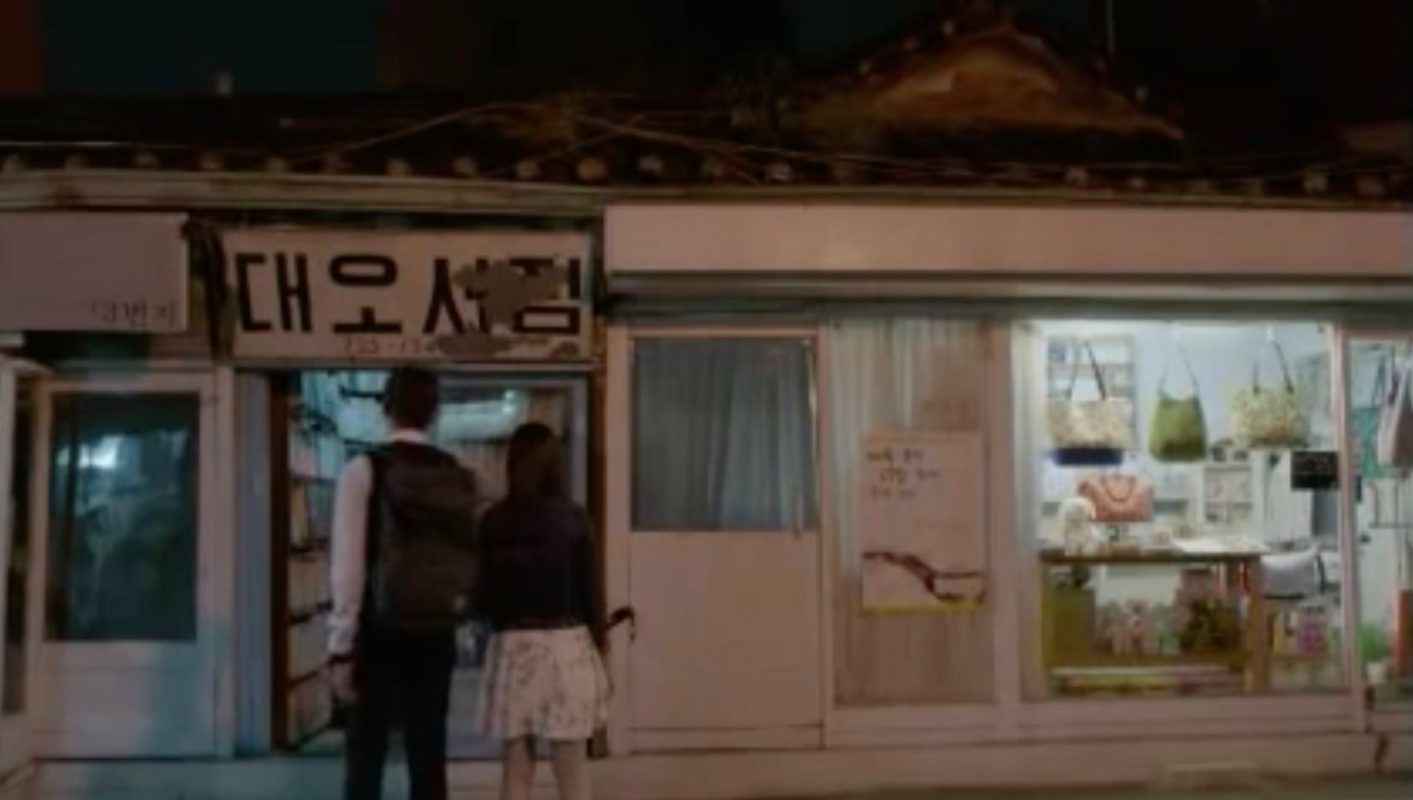 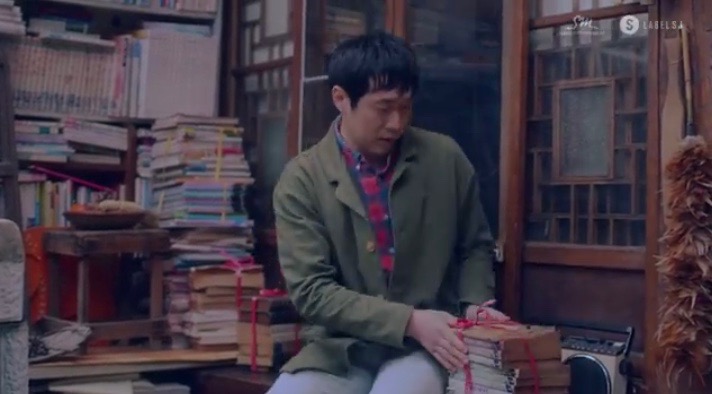 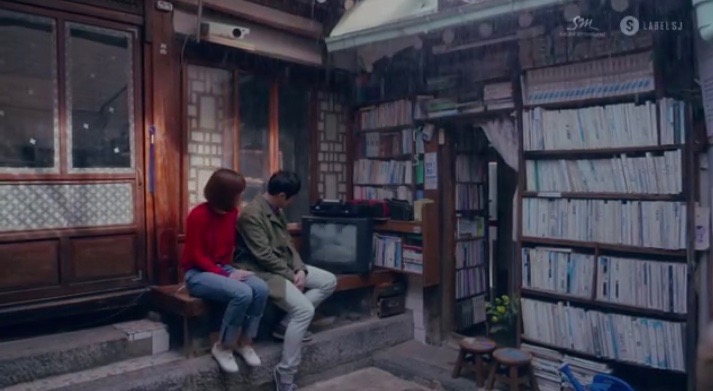 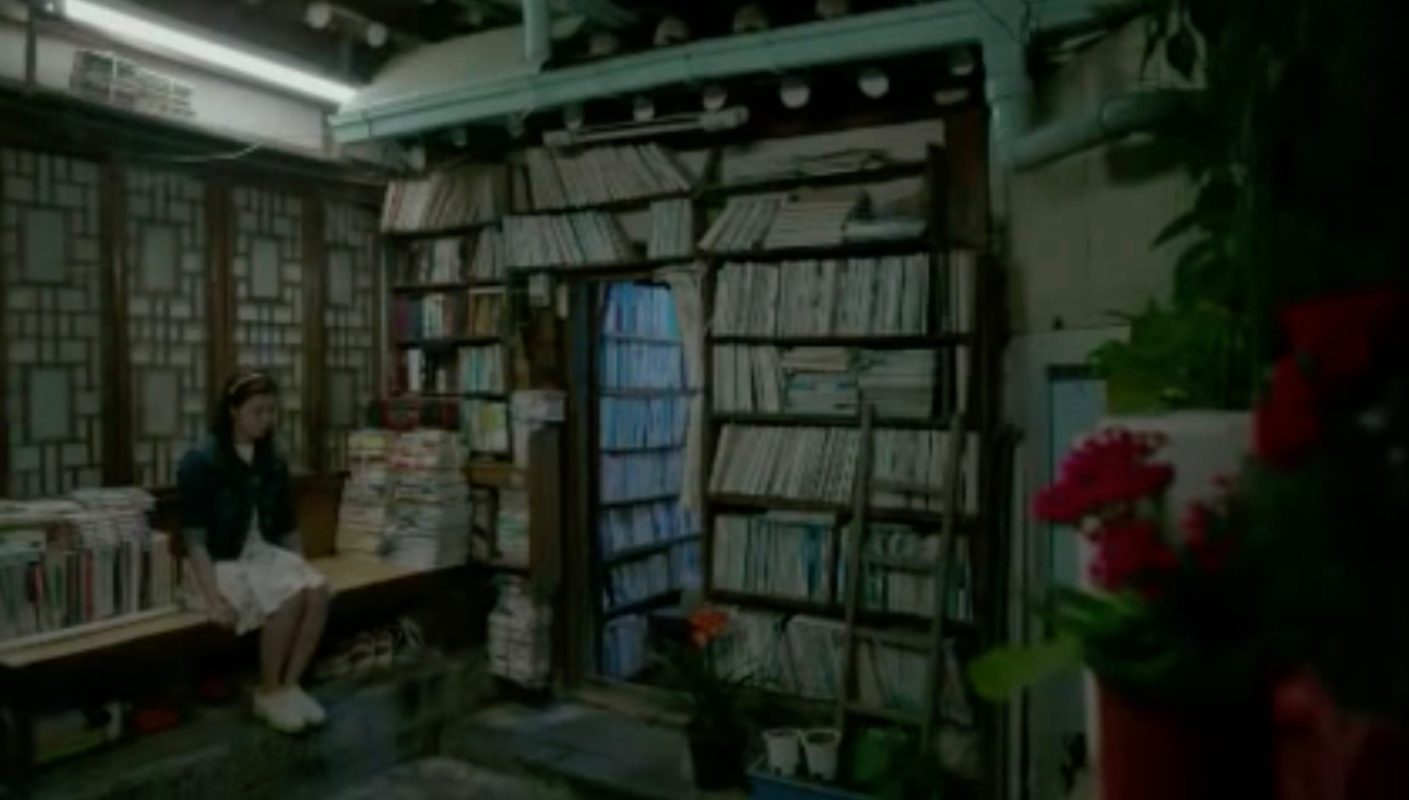 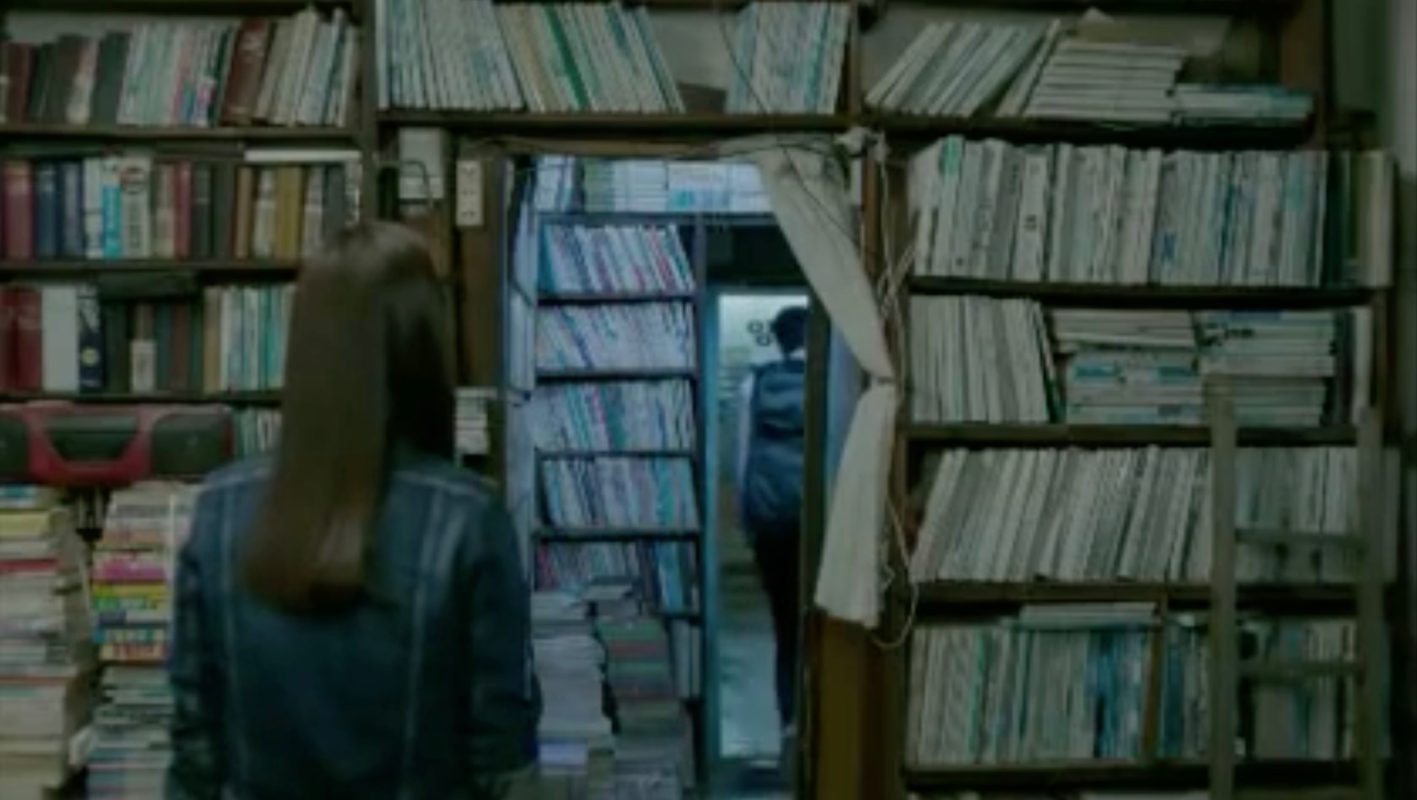 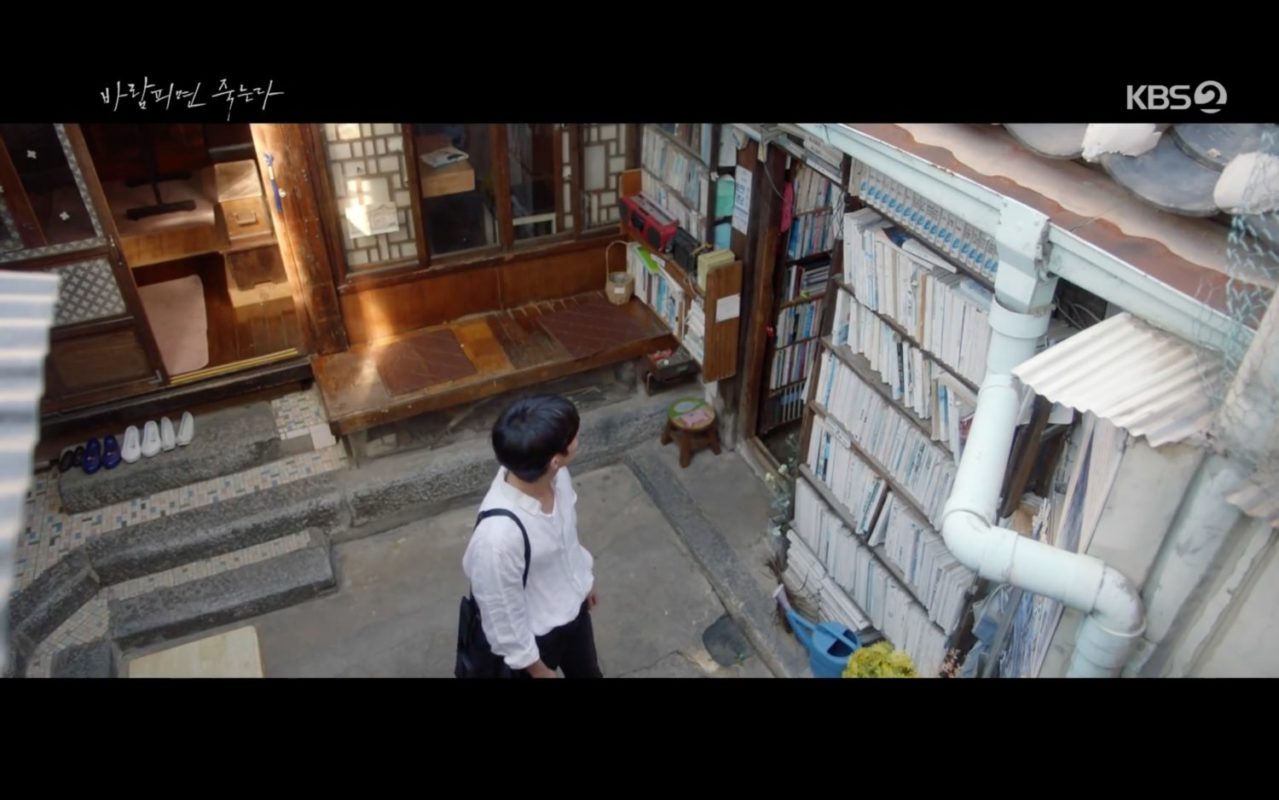 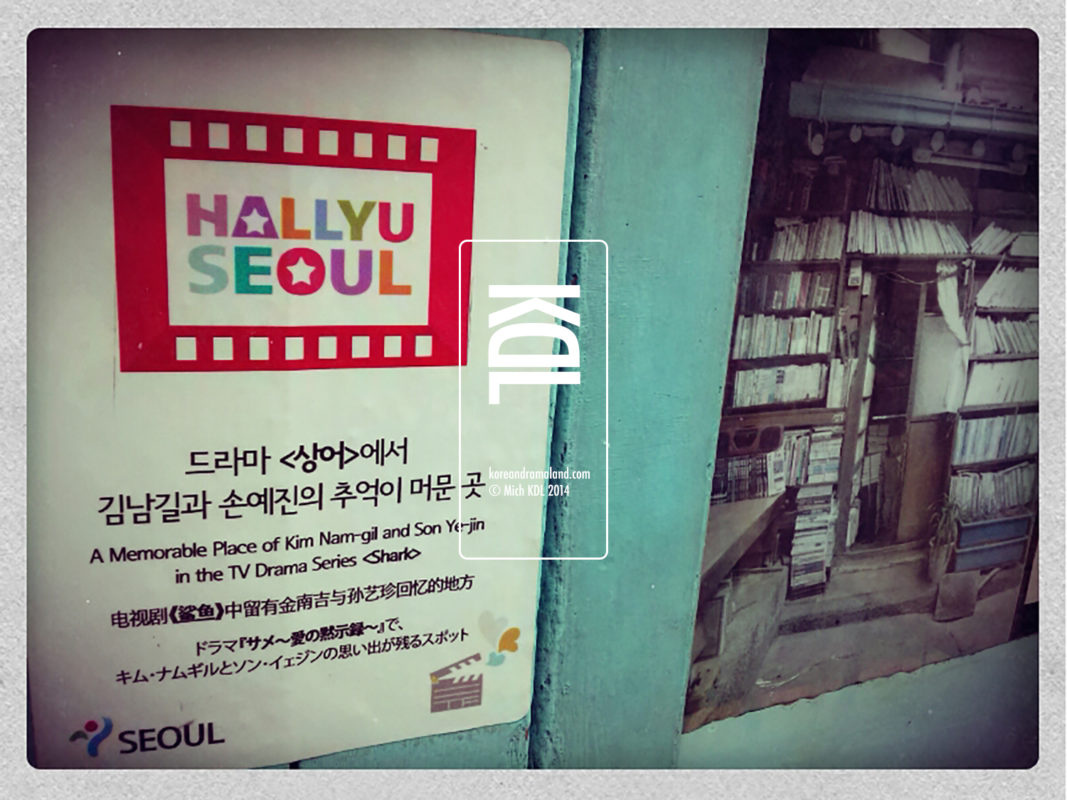 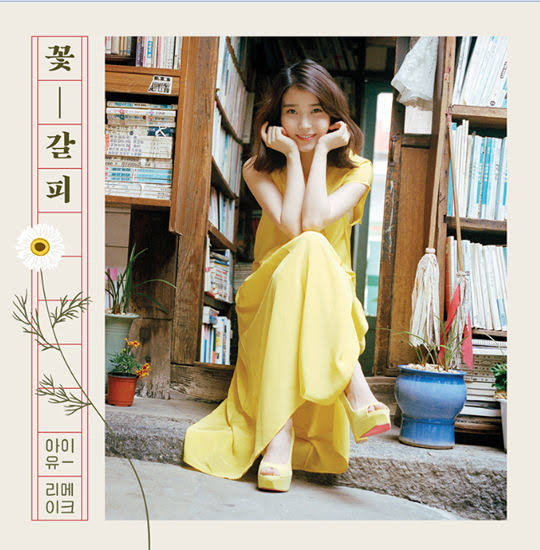 Kyung Woo-yeon (Shin Ye-eun) and Lee Soo (Ong Seong-wu of Wanna One) visit this café during their exploration of Cheongunhyoja — the fourth neighborhood covered in their book Seoul’s Stories — in episode 6 of More Than Friends/Number Of Cases (Kyeongueui Su/경우의 수) (JTBC, 2020).

This is where the young Jo Hae-Woo (Kyung Soo-Jin) confronts Han Yi-Soo (Yeon Jun-Suk) about being distanced to her in episode 3 of Shark (상어) (KBS2, 2013).

Rank and File Bookstore or Daeo Bookstore [대오서점] is a café and cultural space located in Seoul’s neighborhood Nuha [Nuha-dong/누하동] that makes up parts of the neighborhood of Cheongunhyoja [Cheongunhyoja-dong/청운효자동] in the Jongno District [Jongno-gu/종로구]. This place was opened as a used bookstore by Cho Dae-sik in 1951 and he kept it running for 50 years even if business became difficult in the last years because people bought less used book. After he passed away, his wife Kwon O-nam (b. 1931) kept the majority of the shop as is; preserving large parts over the years. The name of the shop derives from a combination of the couple’s two middle-names (Dae and O). The couple raised two boys and four girls while running this book store, as Kwon O-nam explains to Janghee Lee, author of the book Seoul’s Historic Walks in Sketches (p. 94).