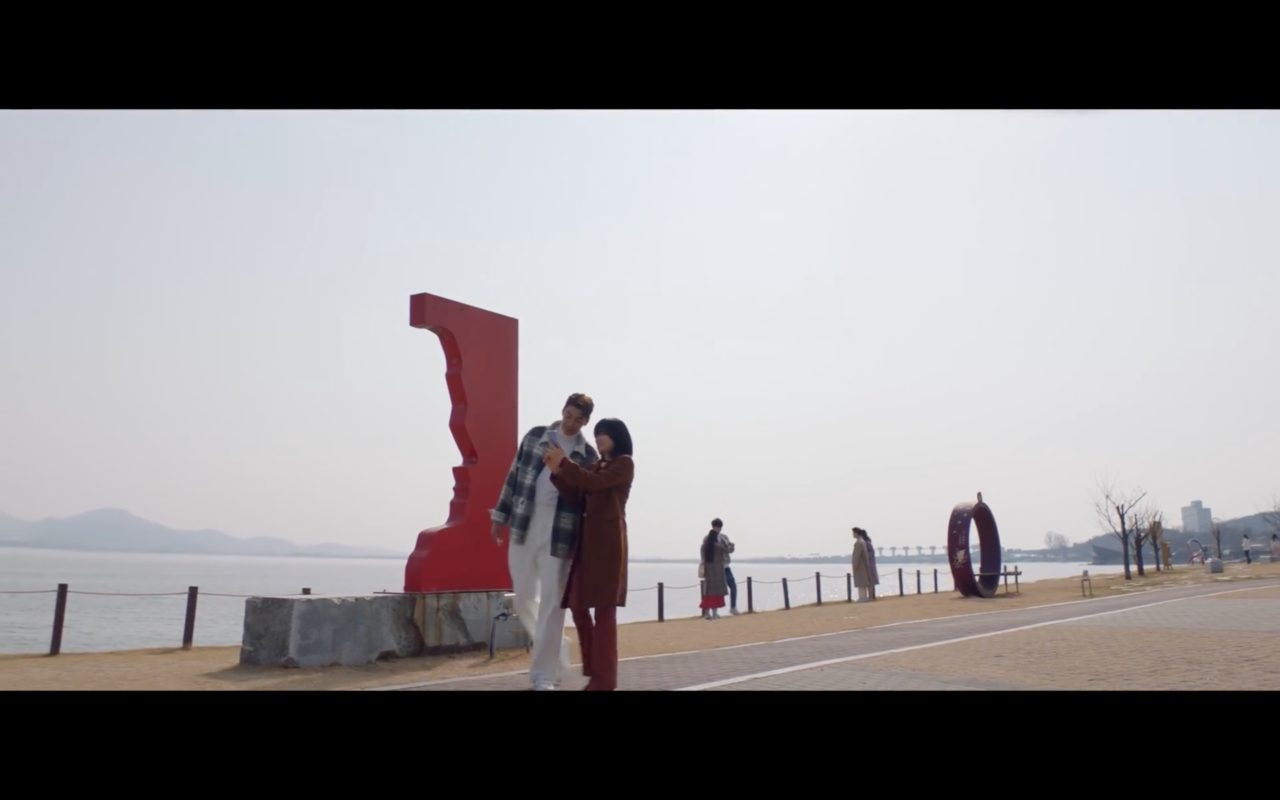 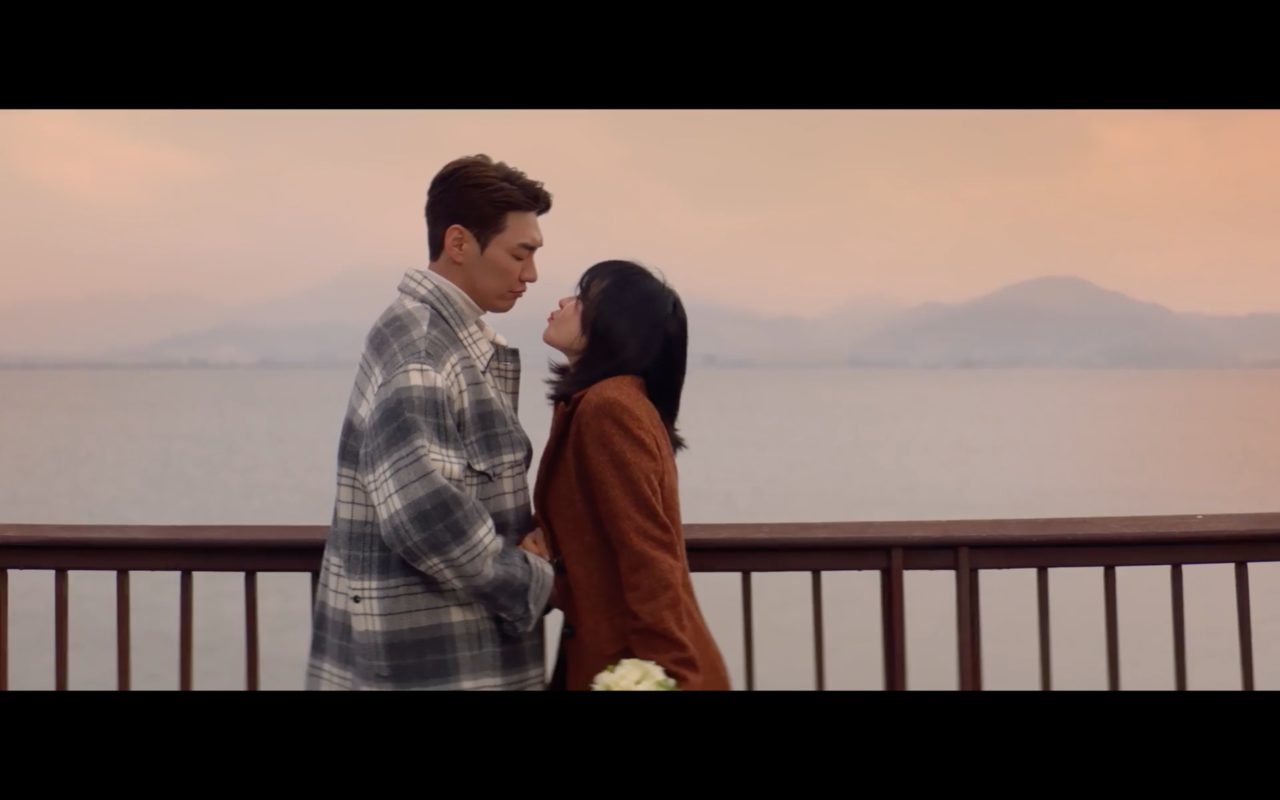 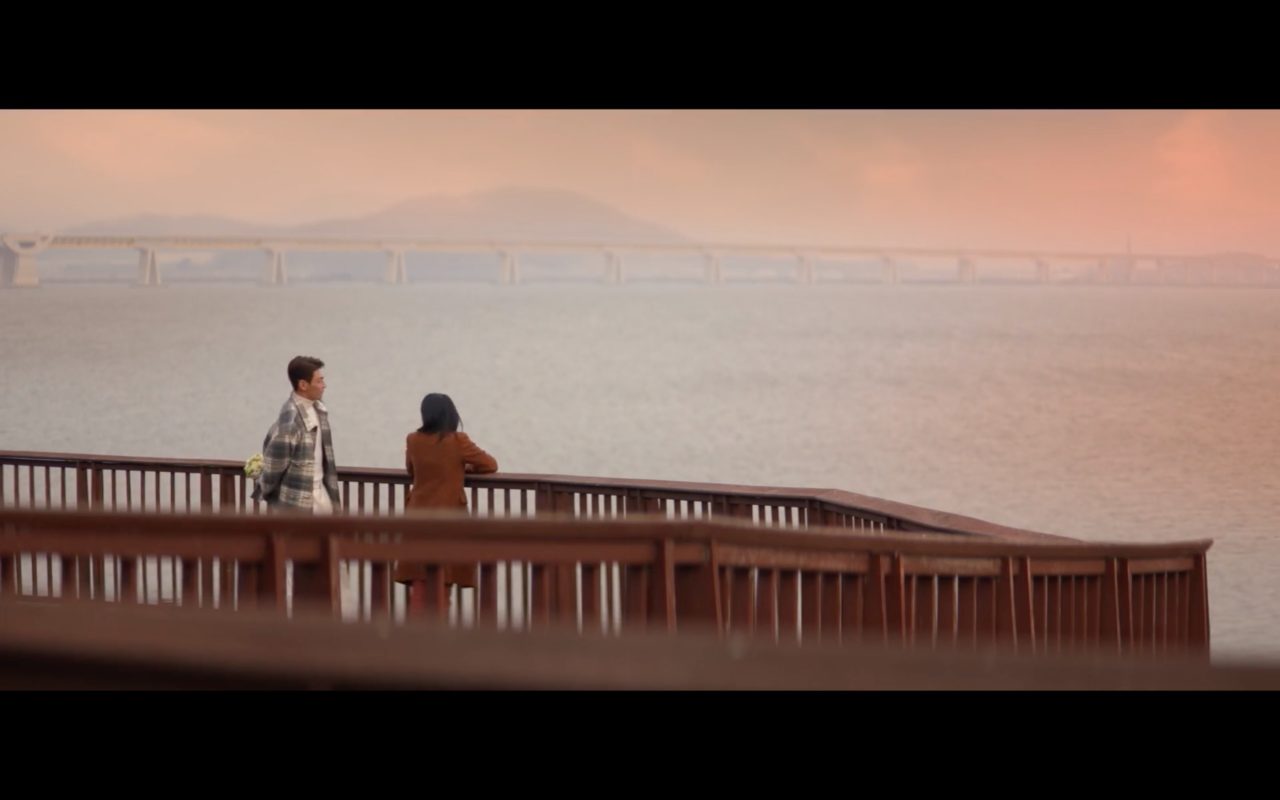 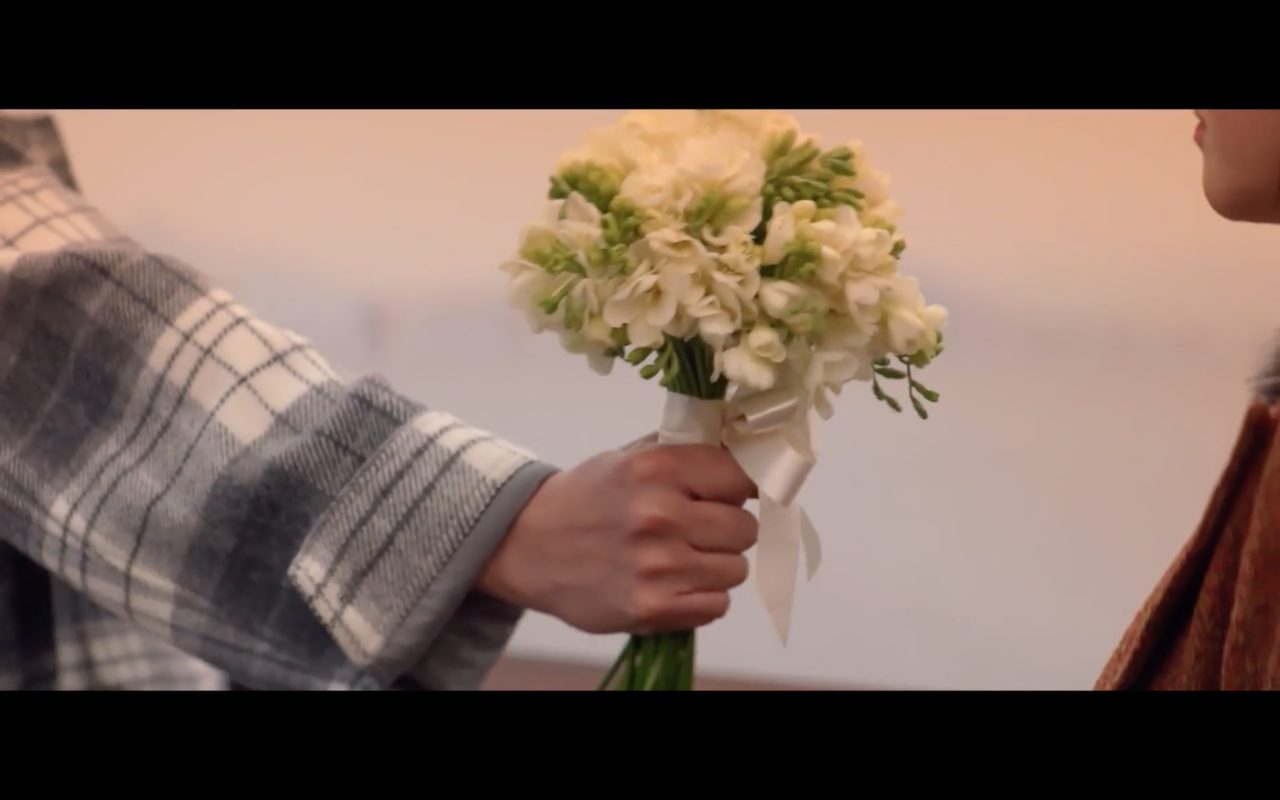 Ban Ha-ni (Choi Gang-hee) and Han Yu-hyeon (Kim Young-kwang) come to this park on a date in final episode 16 of Hello, Me!/안녕? 나야! (KBS2, 2021) and this is where Yu-hyeon officially proposes to Ha-ni with a self-made (what else?!) bouquet of freesias — whose meaning includes “a new beginning”.

Pyeongtaek Lake Tourist Complex [평택호관광단지] is a recreational and cultural complex along an artificial lake located in the village of Gwongwan [Gwongwan-ri/권관리] in Pyeongtaek’s Hyeondeok Township [Hyeondeok-myeon/현덕면], about 1.5 hrs away from Camp Humphreys.

Plans for this complex have existed since the end of the 1970s when Pyeongtaek Lake was first designed as a National Tourist Destination. A first step was the construction of the Art Center, following the city’s decision in 2009 to create a large-scale tourist complex around it. Progress over the next 10 years was slow, which made the city scale down the size of the project in 2019, which was given approval by the Gyeonggi-do authorities to move forward.

The complex is now slated to be fully developed in 2023, which is to include resorts, theme and water parks, accommodation facilities, a seafood center, and other commercial facilities.