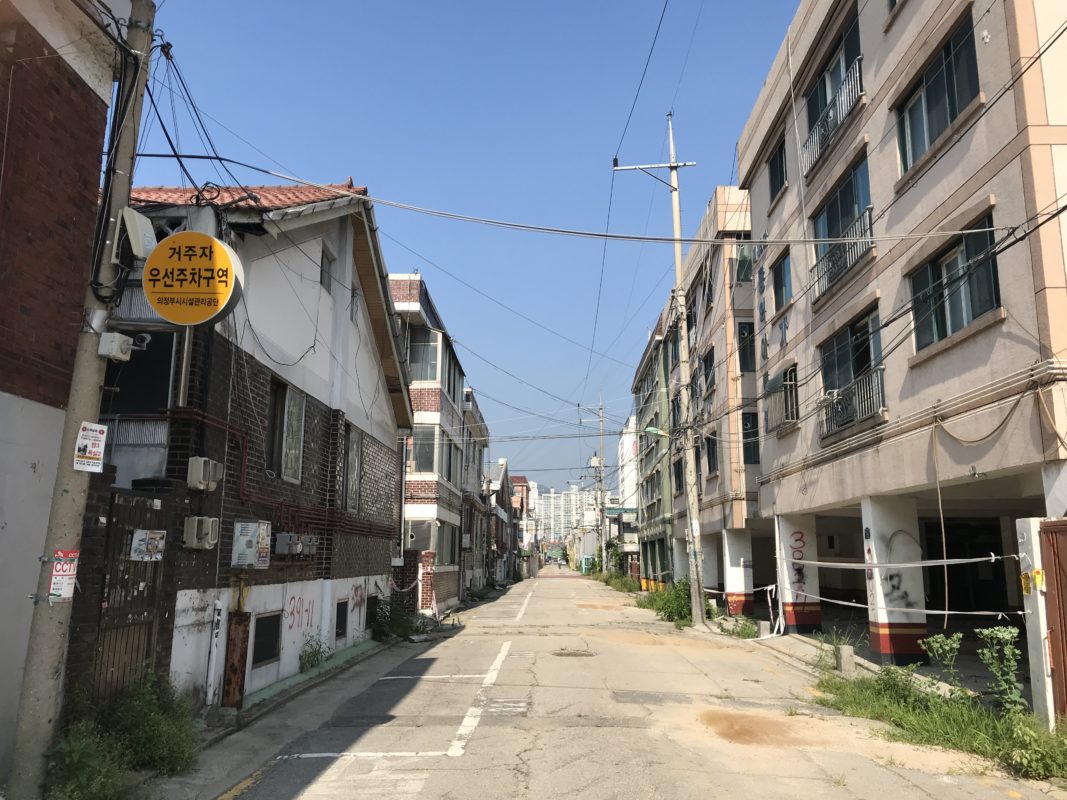 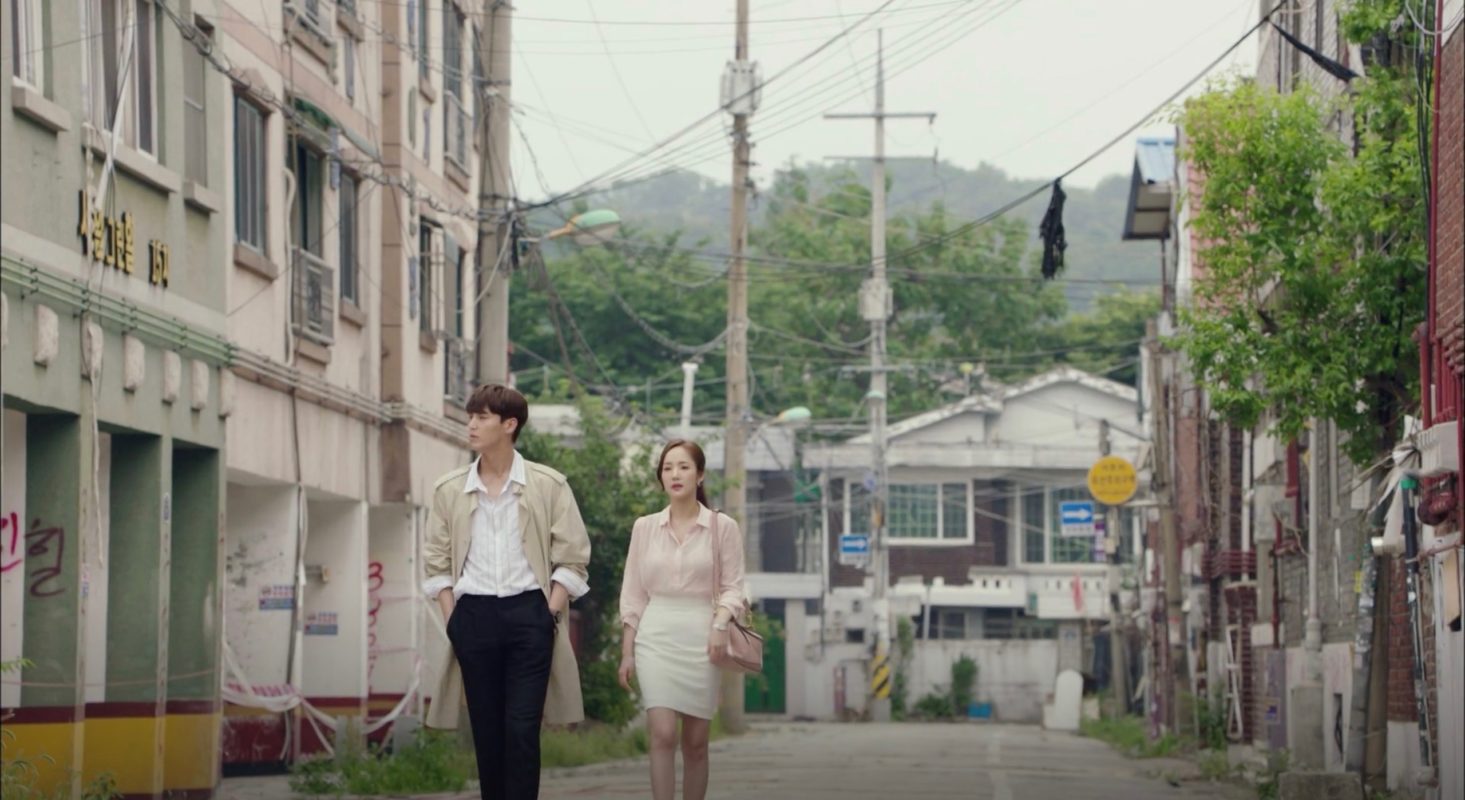 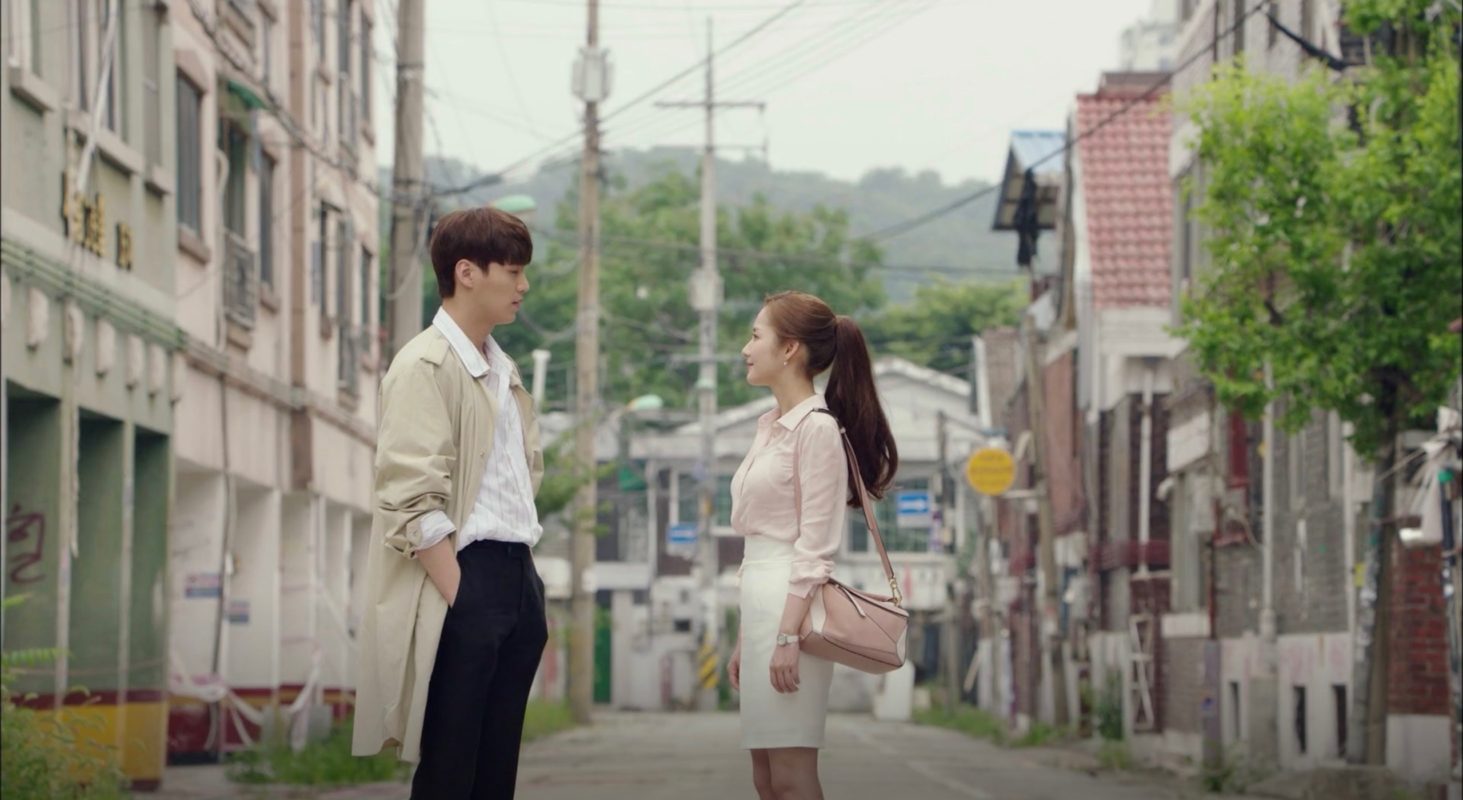 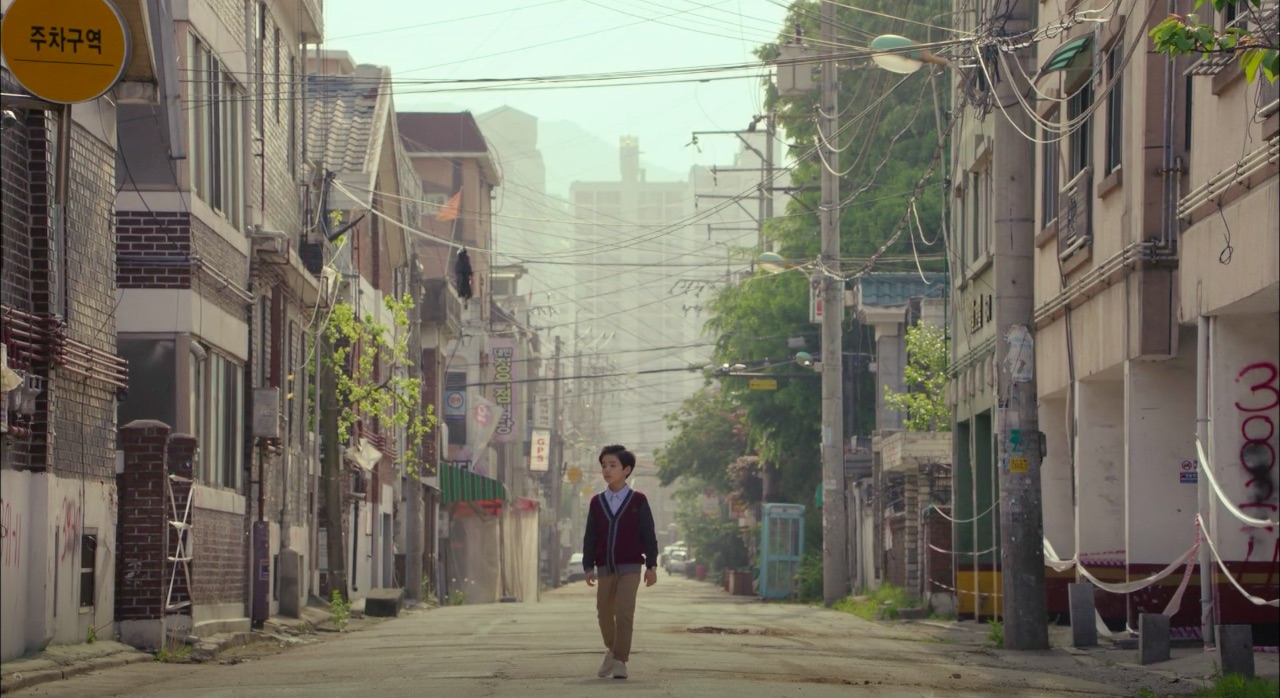 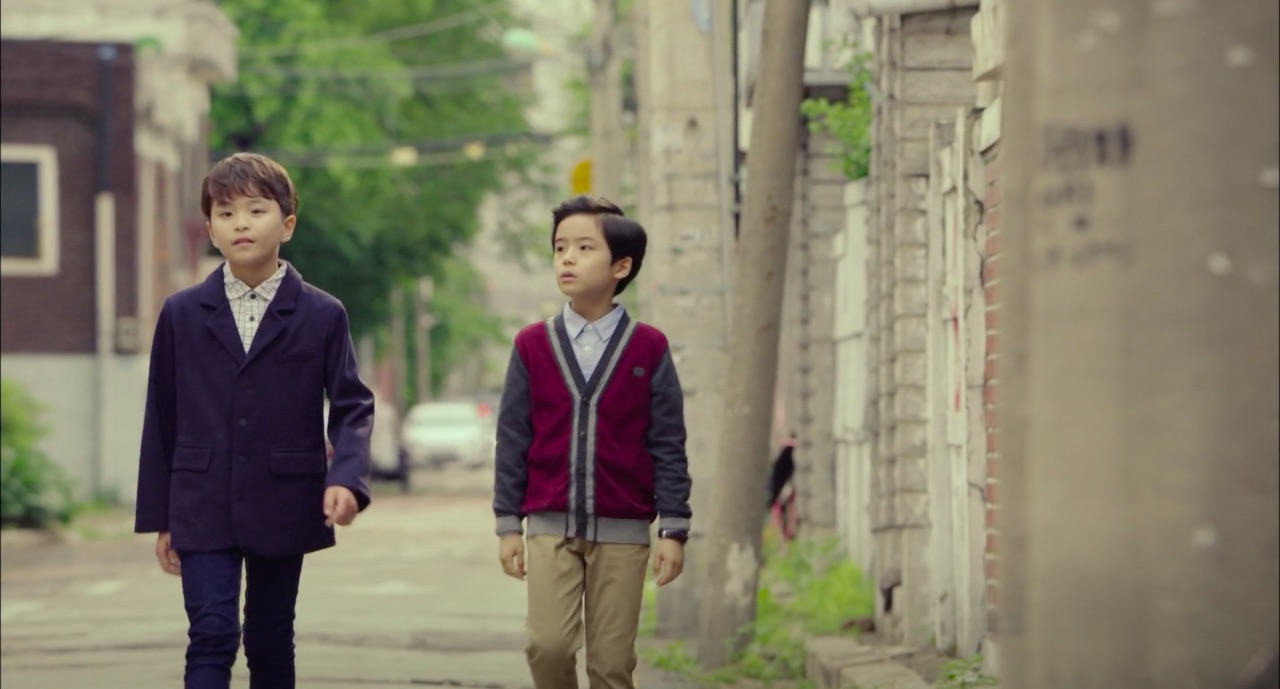 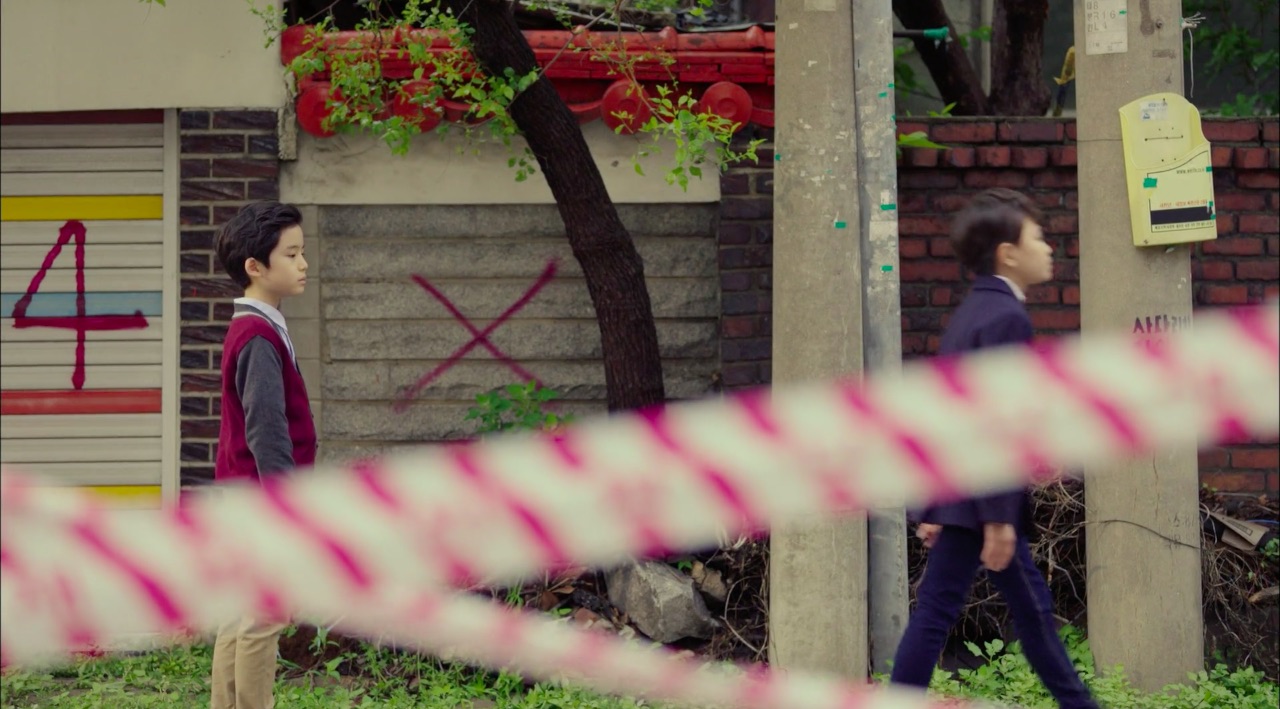 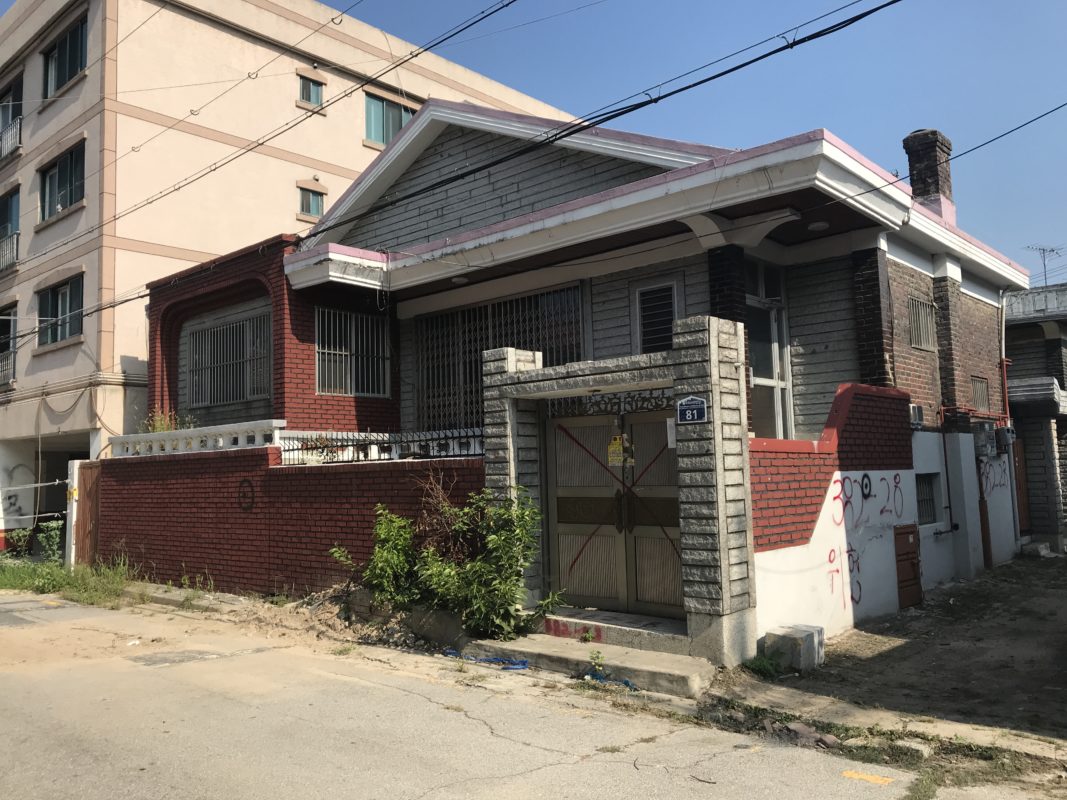 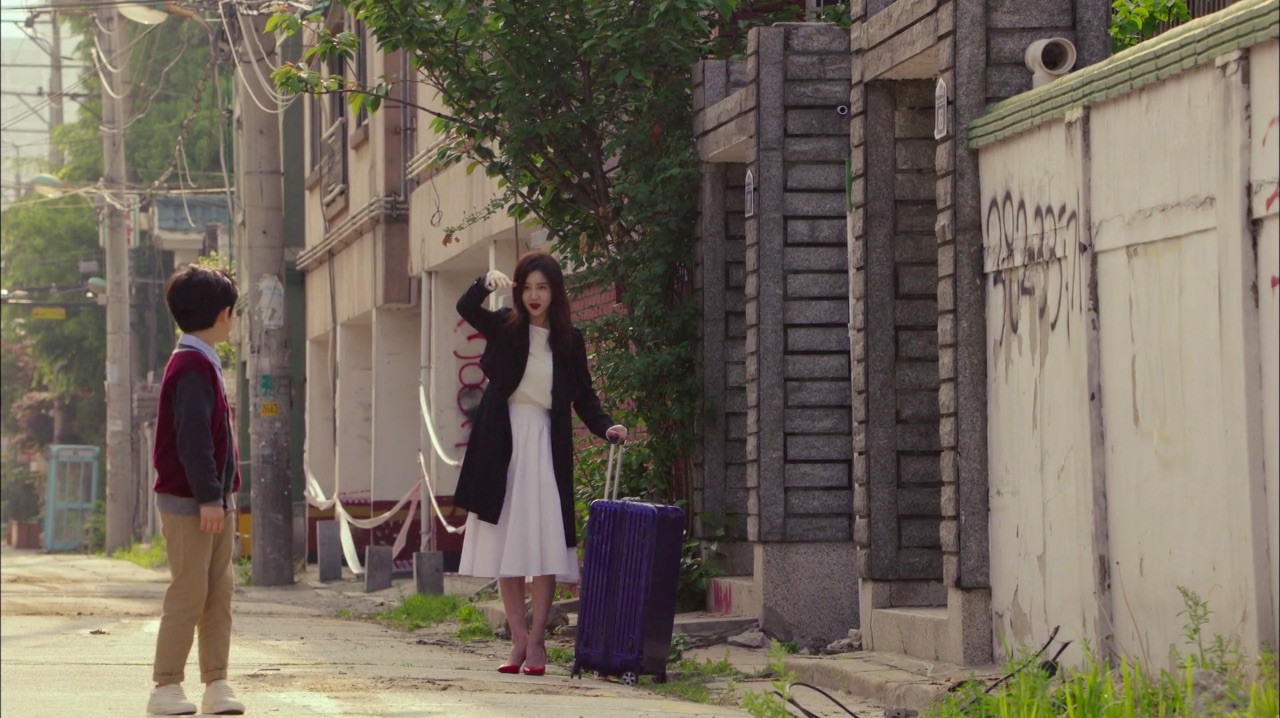 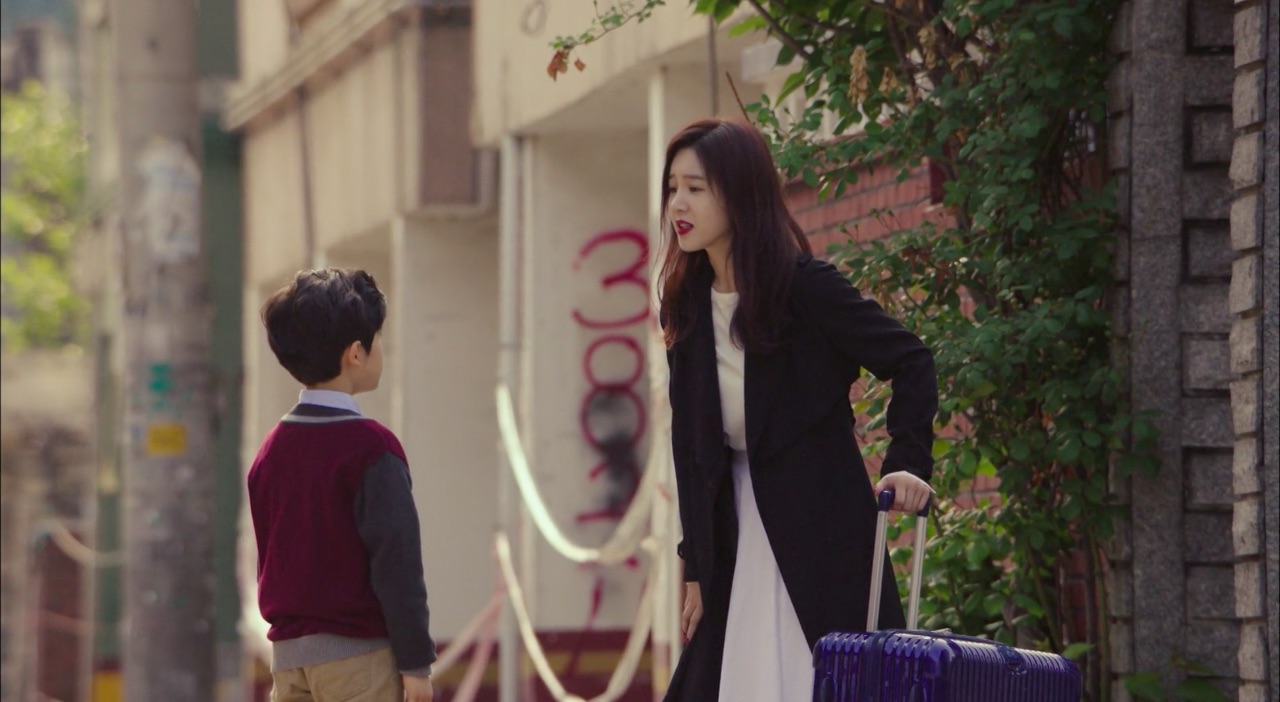 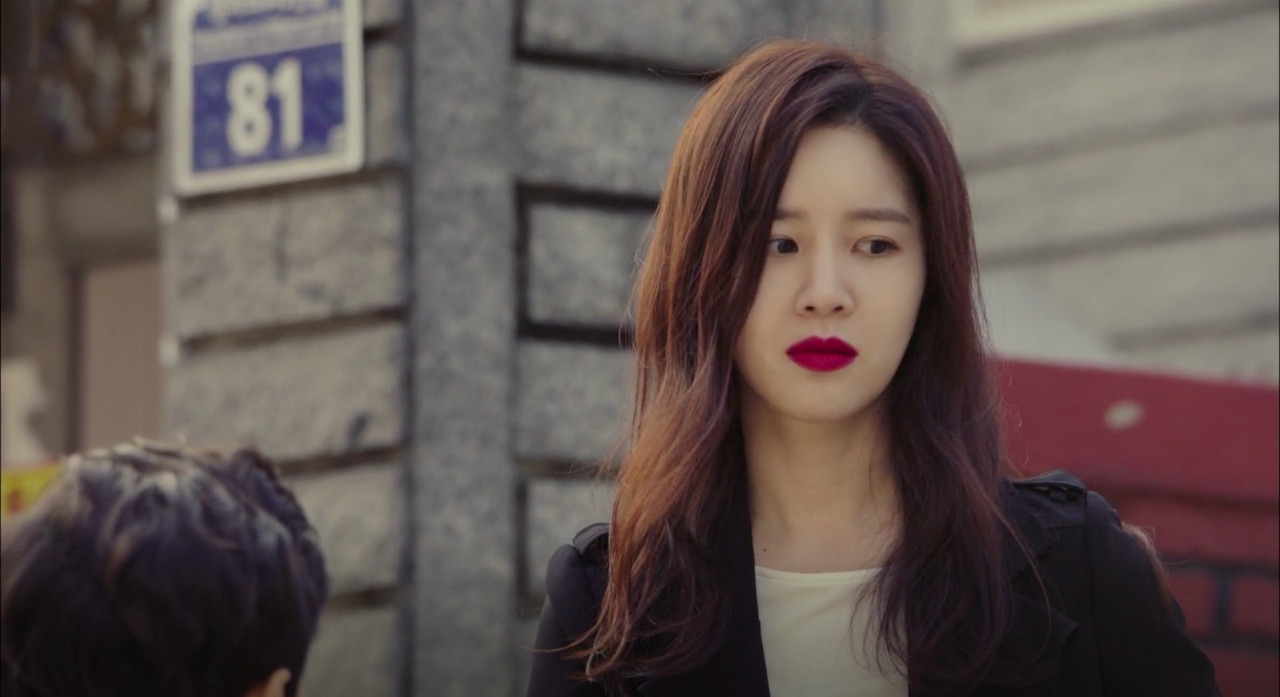 This is the street to which Kim Mi-So (Park Min-Young) brings Lee Sung-Yeon (Lee Tae-Hwan) in episode 3 of Why Secretary Kim/What’s Wrong With Secretary Kim (김비서가 왜 그럴까) (tvN, 2018), telling him that this part of town looks similar to the abandoned place they have been abducted as children in the hopes he will regain his memories.

This was also the street that young Lee Young-joon (Moon Woo-jin) was left behind at by his brother Sung-yeon (Bae Gang-yoo), featured in a flashback in episode 12. He encounters a woman along the way, who ends up being his abductor.

Pyeonghwa-ro 440beon-gil [평화로440번길] is a street in a previously abandoned part of Uijeongbu’s neighborhood Uijeongbu [Uijeongbu-dong/의정부동]; both of the above-mentioned scenes in Why Secretary Kim take place very close to each other here.

As of September 2019, the part of the street and the house featured in Why Secretary Kim no longer exist; in their place now is a major housing developing project slated for completion in 2022.

Pyeonghwa-ro 450beon-gil [평화로450번길] — the location of young Mi-so’s house and the abduction house — is also located in this part of town and lies parallel to this street, only two blocks away. However, it also no longer exists.