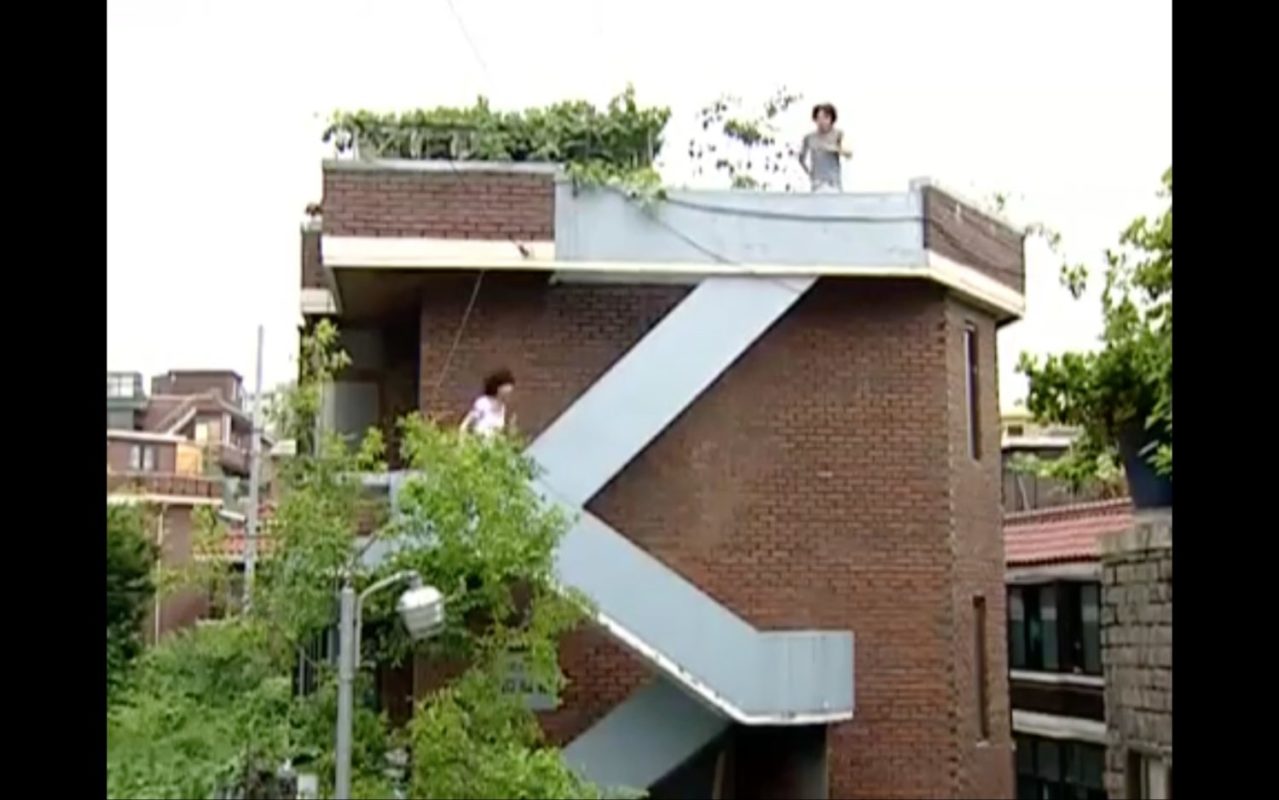 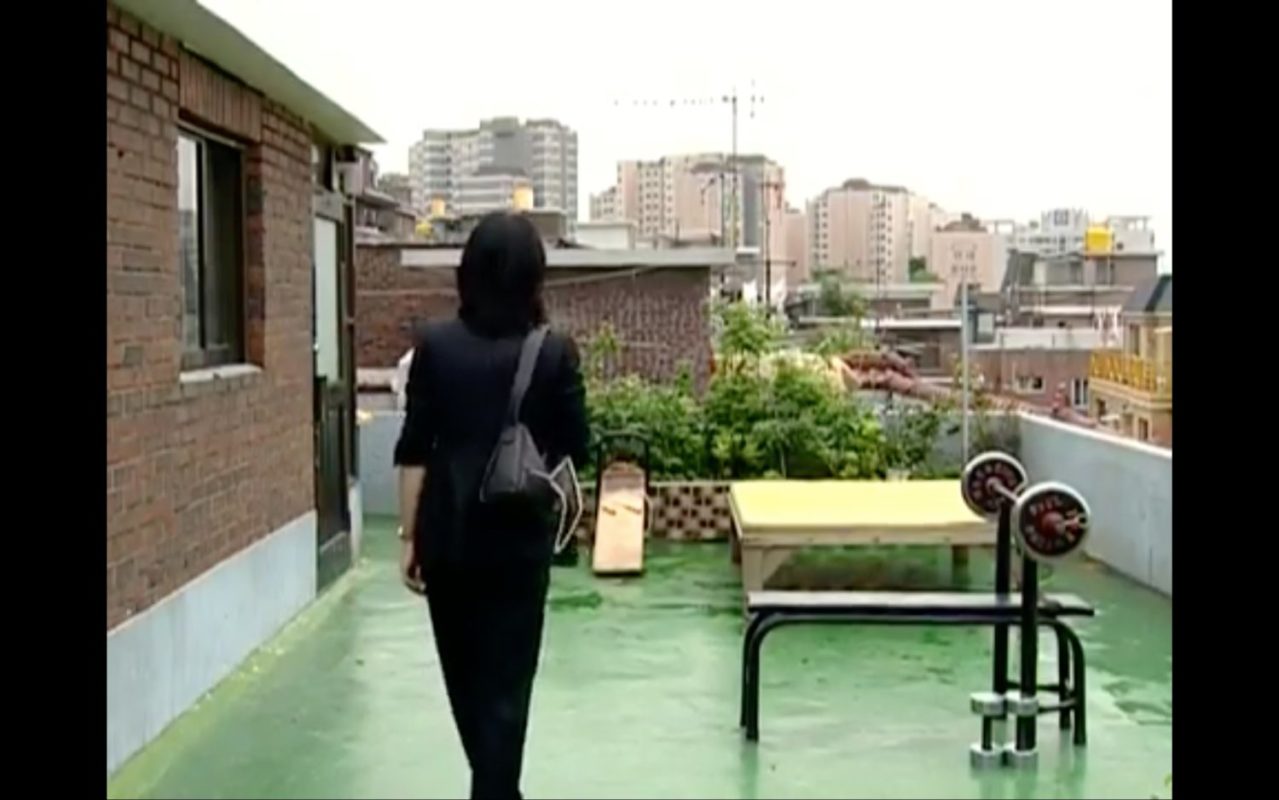 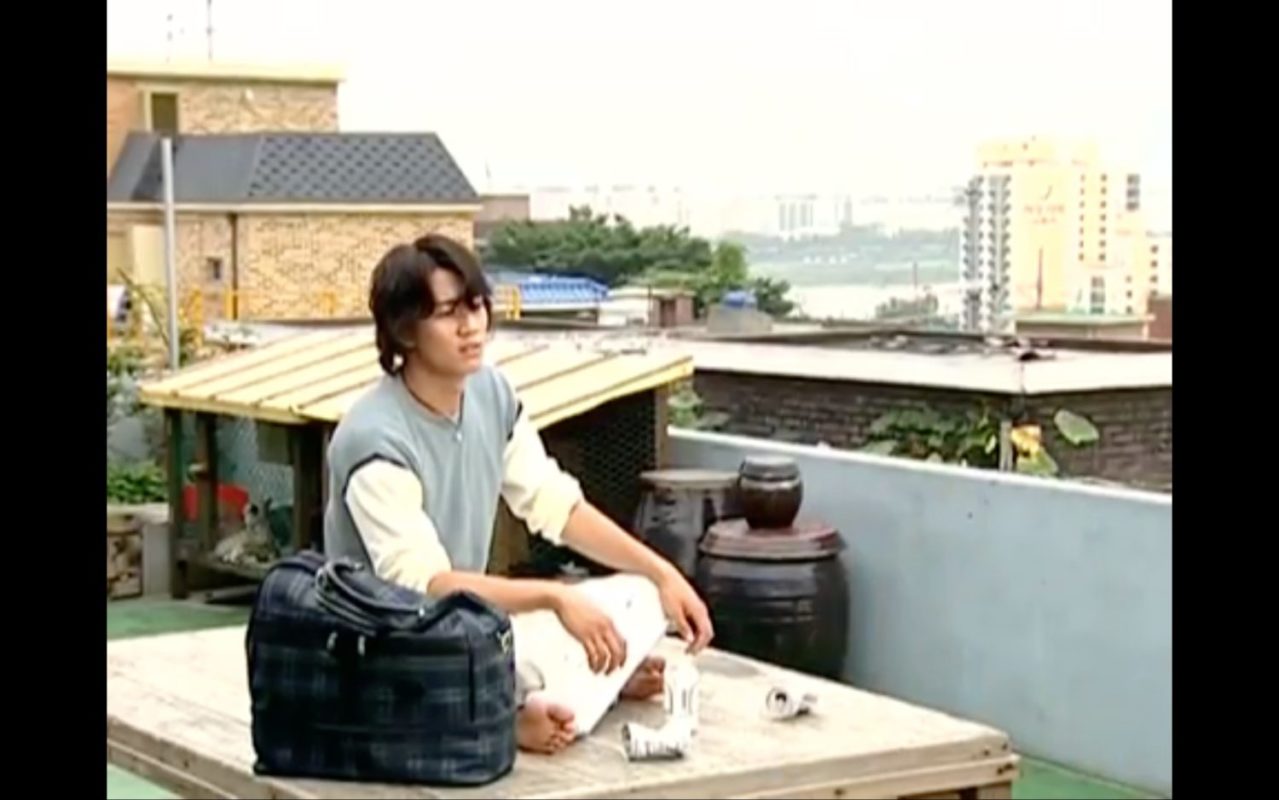 Nam Jeong-eun (Jung Da-bin) lives in the rooftop apartment of this building from episode 1 onwards in Attic Cat/Cat on the Roof/Rooftop Room Cat (옥탑방 고양이) (MBC, 2003) and Lee Kyeong-min (Kim Rae-won) moves in with her later. [SPOILER] In final episode 16, it is also at this apartment that the two reunite.

According to reporter Shin Dong-heun (신동흔), the “rooftop apartment drama trend” began right here at this rooftop apartment with the drama Attic Cat. As Lee Sung-jae (이성재), the then-head of KBS’ casting department, explained in an interview with him in 2007: “In order better put across the scenario of the average folk, we have to choose one of the three conventional stages: a daldongnae (달동네), a basement room, or a rooftop apartment. But if the conditions are the same in outdoor filming, we would still choose a rooftop apartment,” pointing out how rooftop apartments are “hot in summer and cold in winter“.