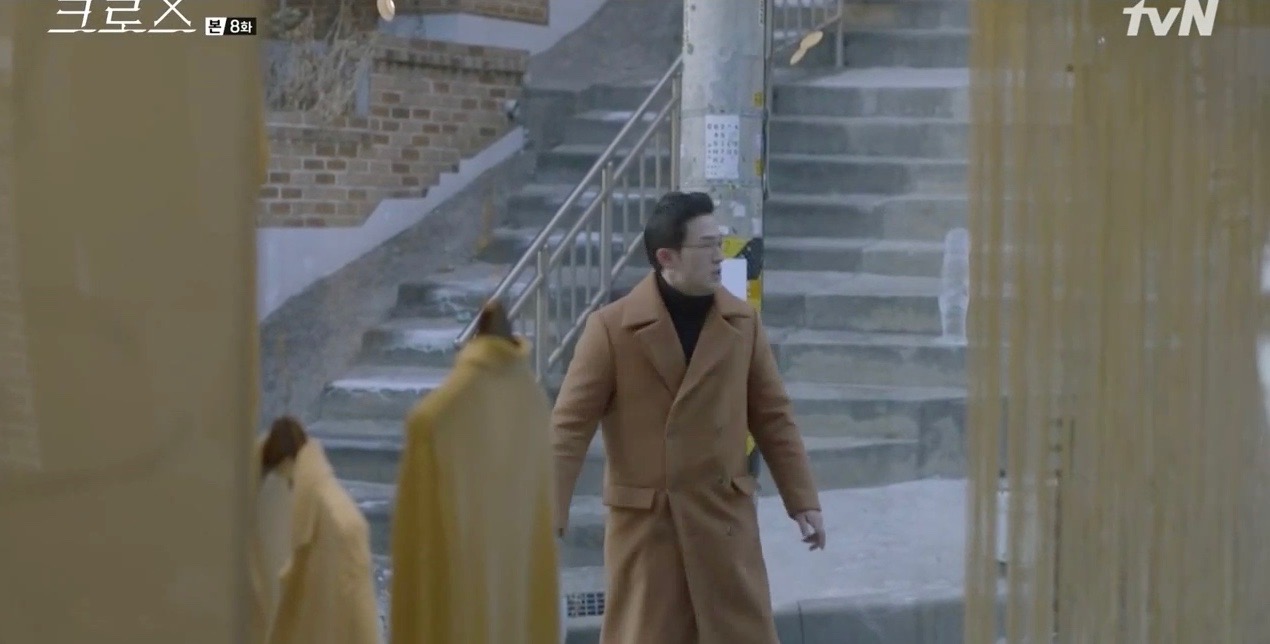 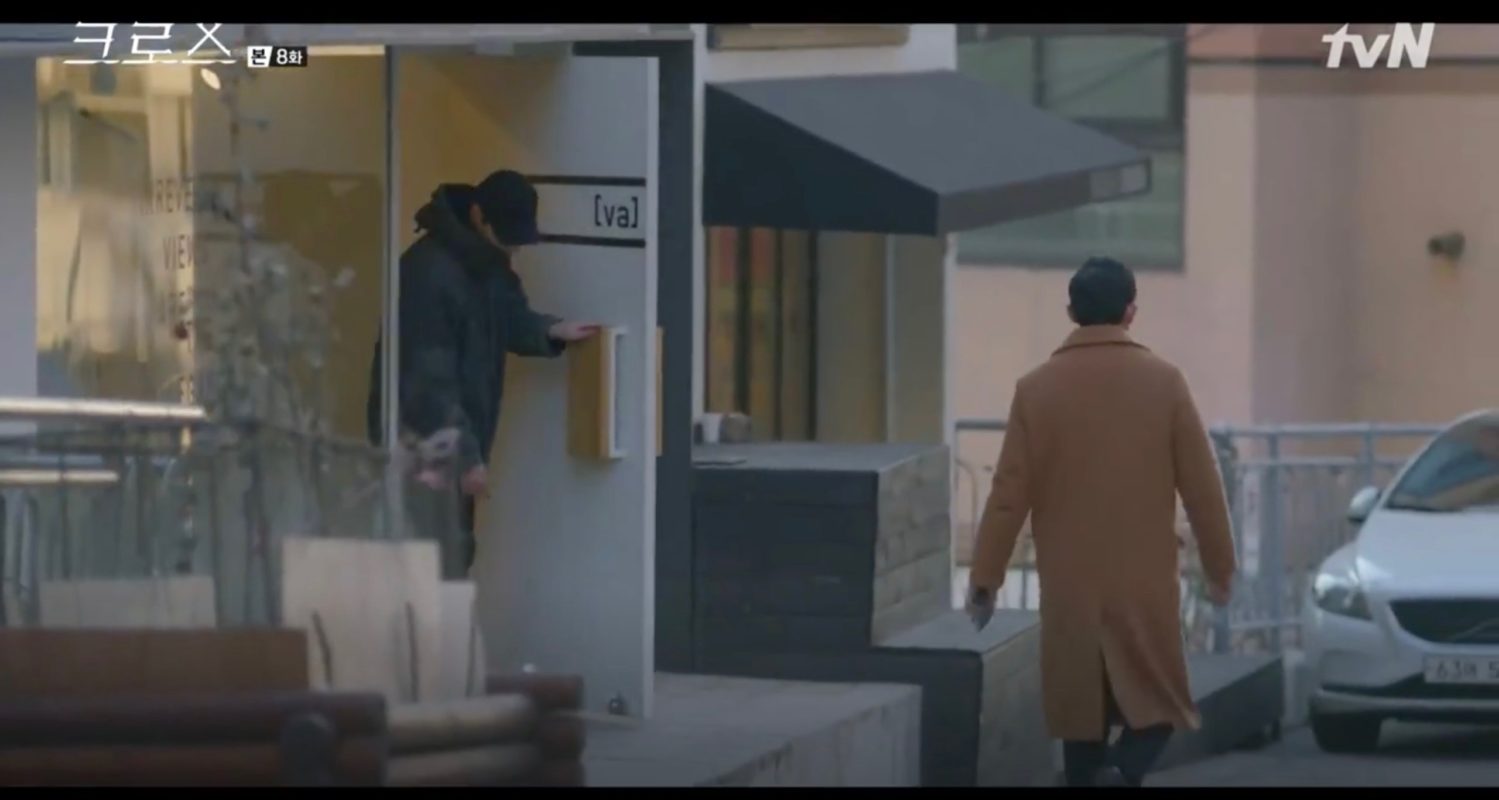 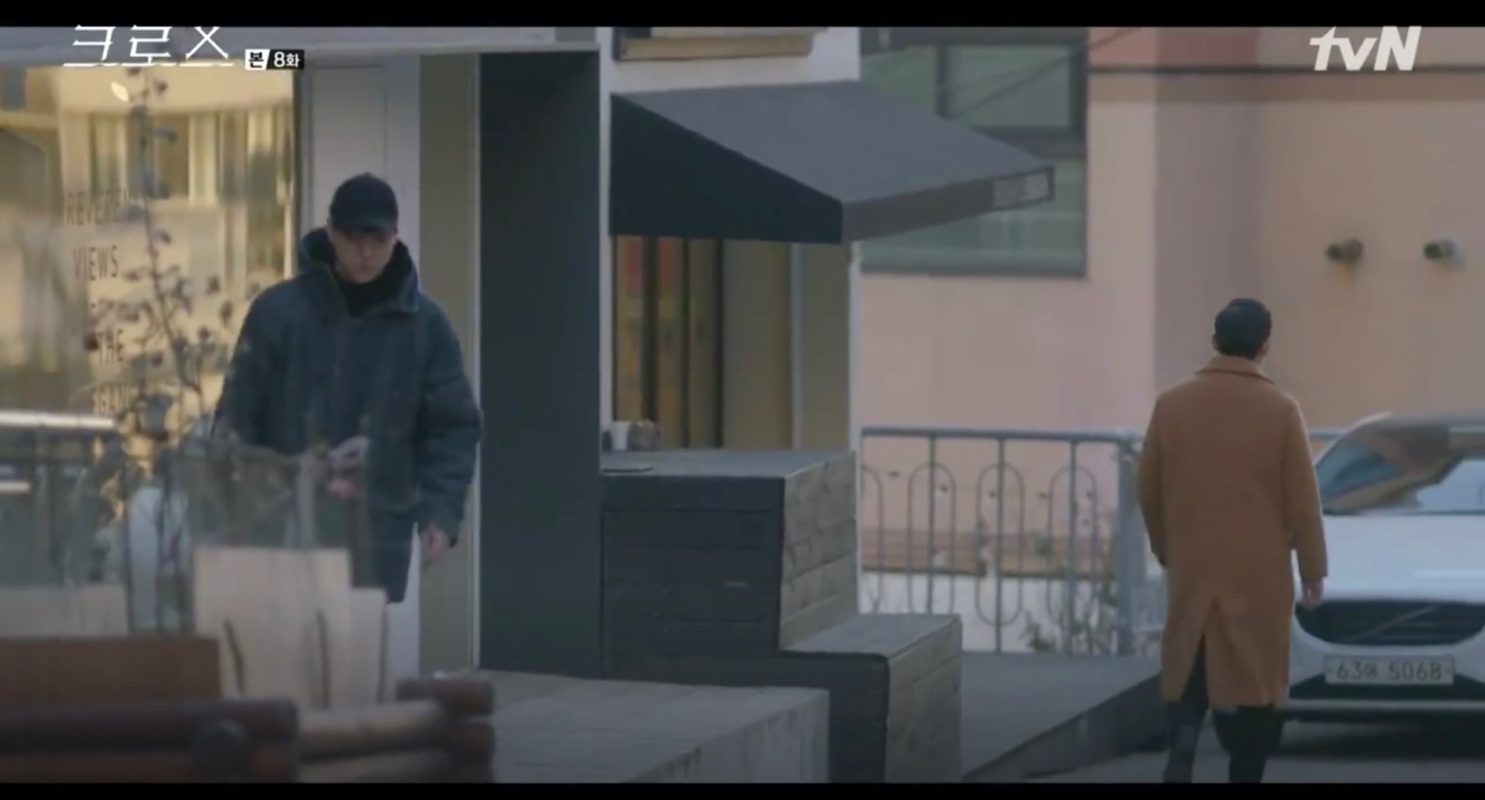 Kang In-kyu (Go Kyung-pyo) hides in this store to avoid Man-sik (Jung Do-won), who was sent by escaped convict Kim Hyung-bum (Heo Sung-tae) to tail him in episode 8 of Cross (크로스) (tvN, 2018). After successfully evading Man-sik, In-kyu slips away in the other direction.

Privahour (or Pr[va]hour) [프리바아워] is a space that can be rented out for private events, and this particular venue has a cafe in its basement. It is located in Seoul’s neighborhood Itaewon-dong [이태원동] in the Yongsan District [Yongsan-gu/용산구]. It’s also located in the vicinity of Sowol-ro 38gil (소월로38길). The staircase seen in Cross is situated opposite of this building. It is not very far away by foot from Metaphor Cafe [은유다방].

In the first half of February 2018, it hosted a fashion exhibition called ‘Irreverent Views are The New Elegance’, and these words could be slightly seen on the front window in the Cross episode.