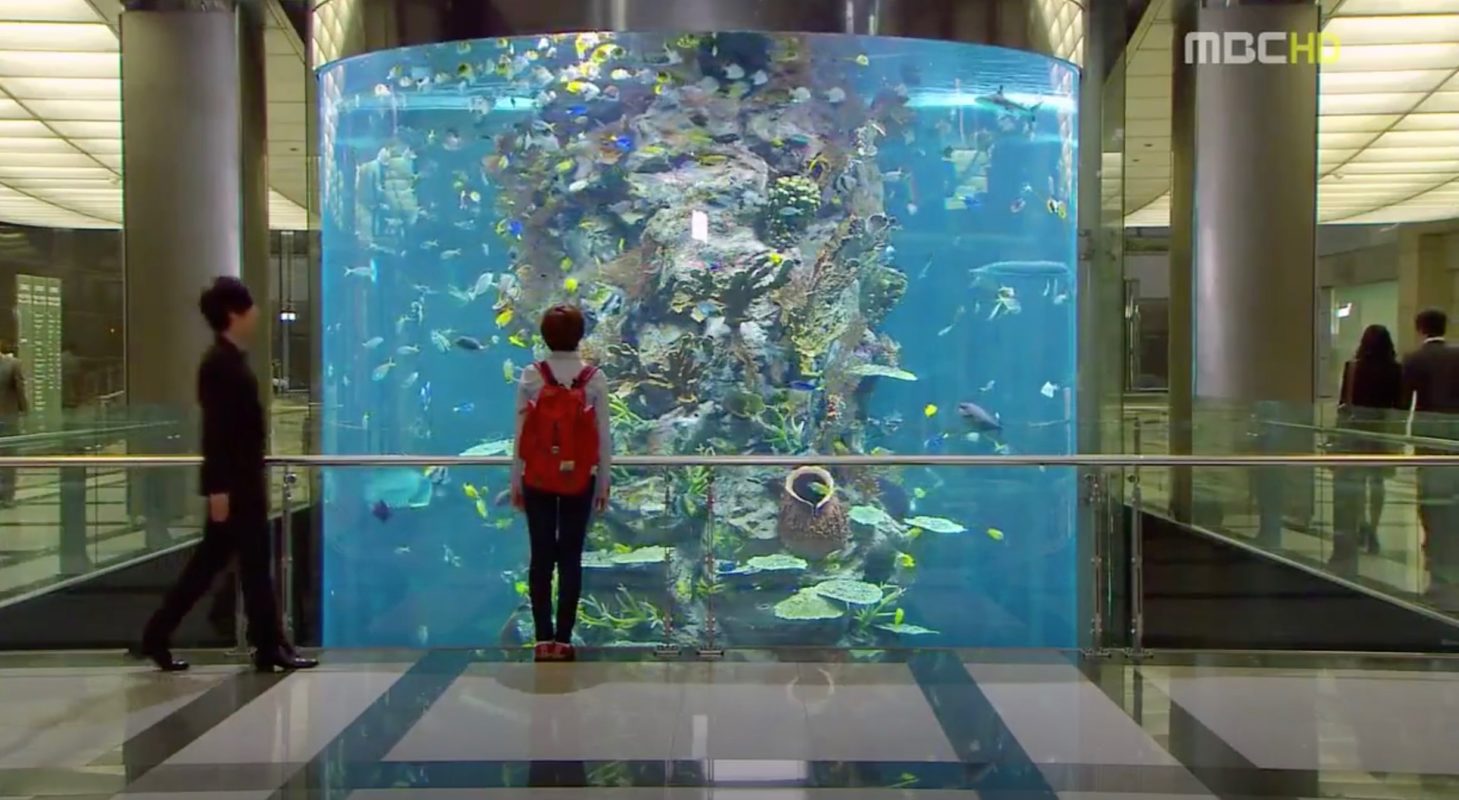 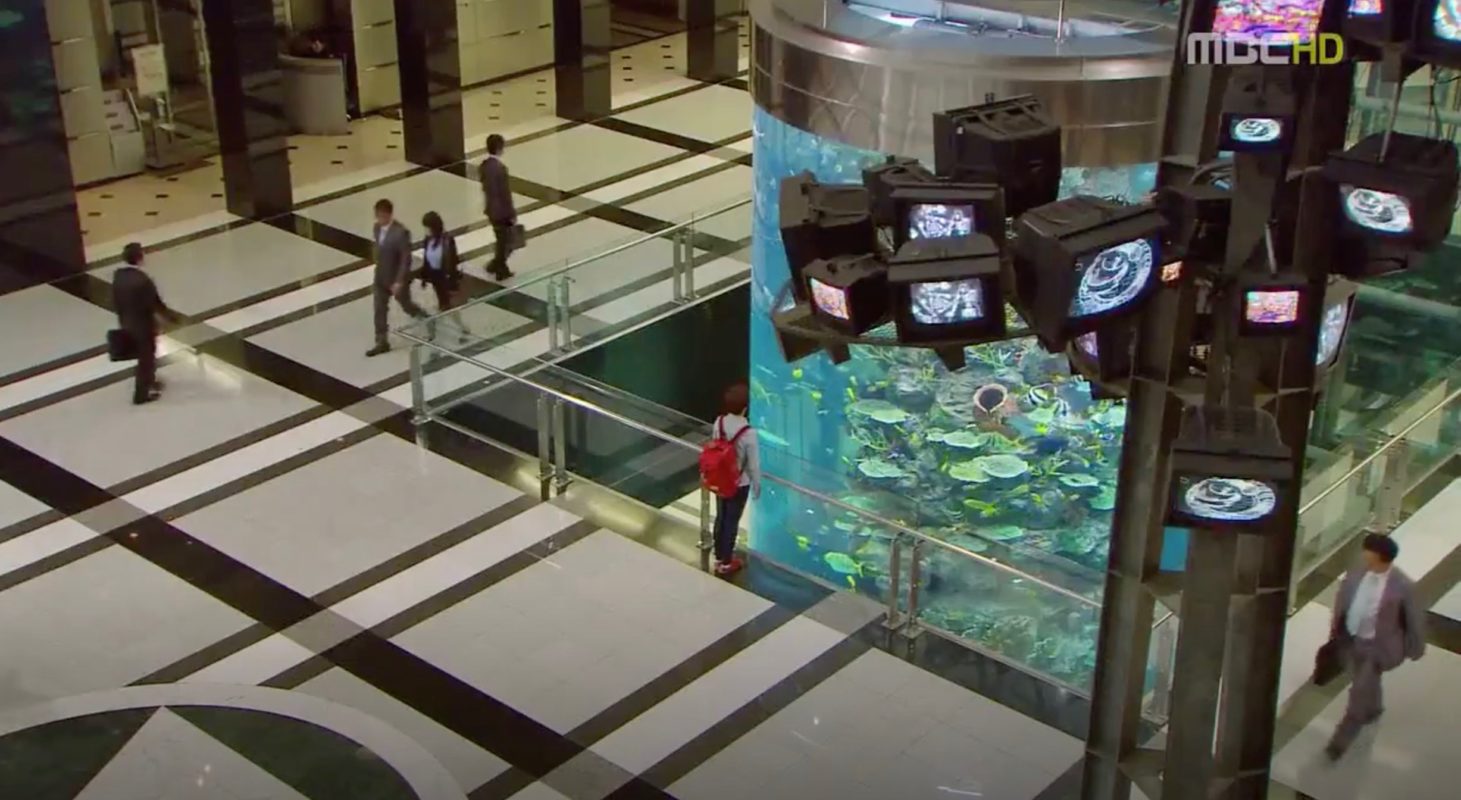 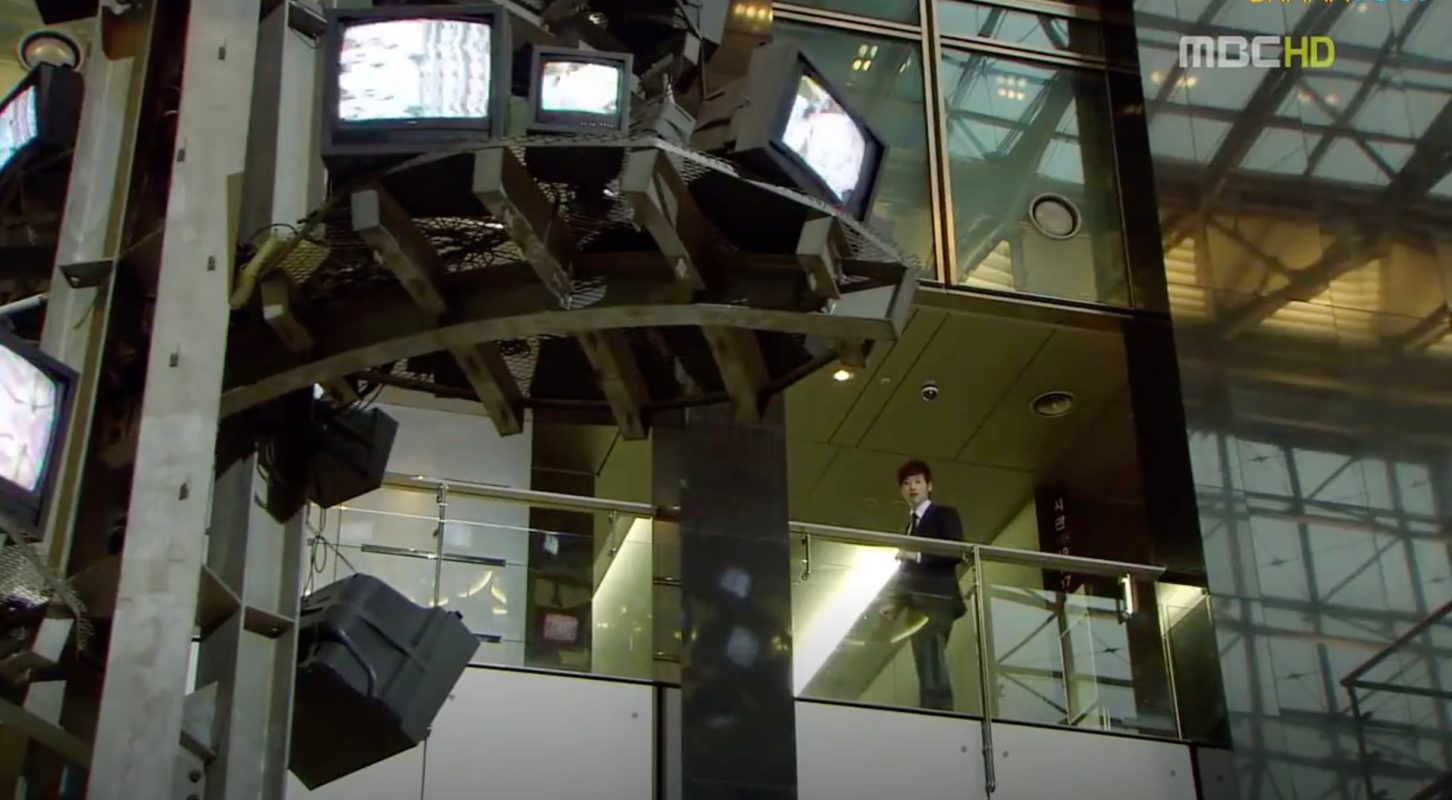 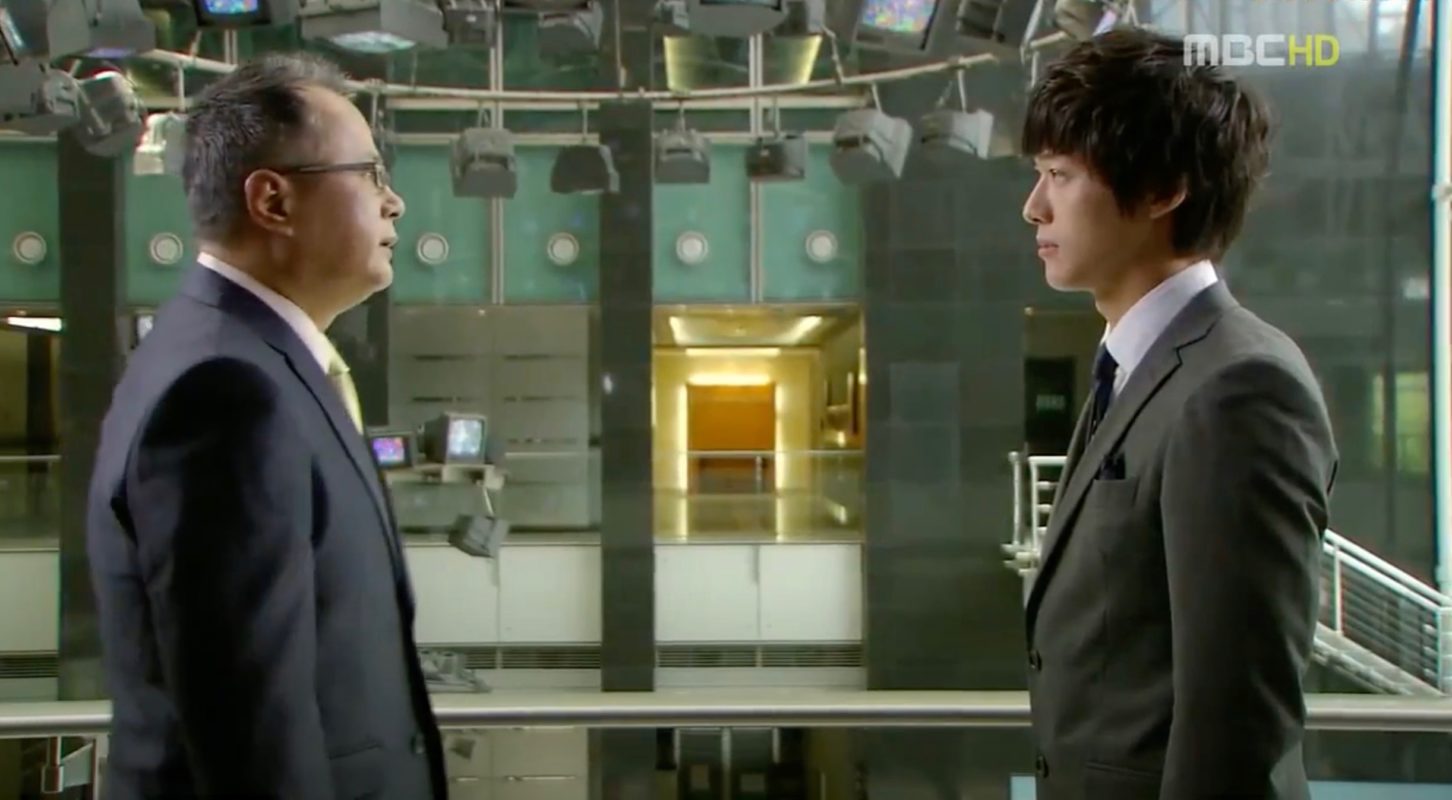 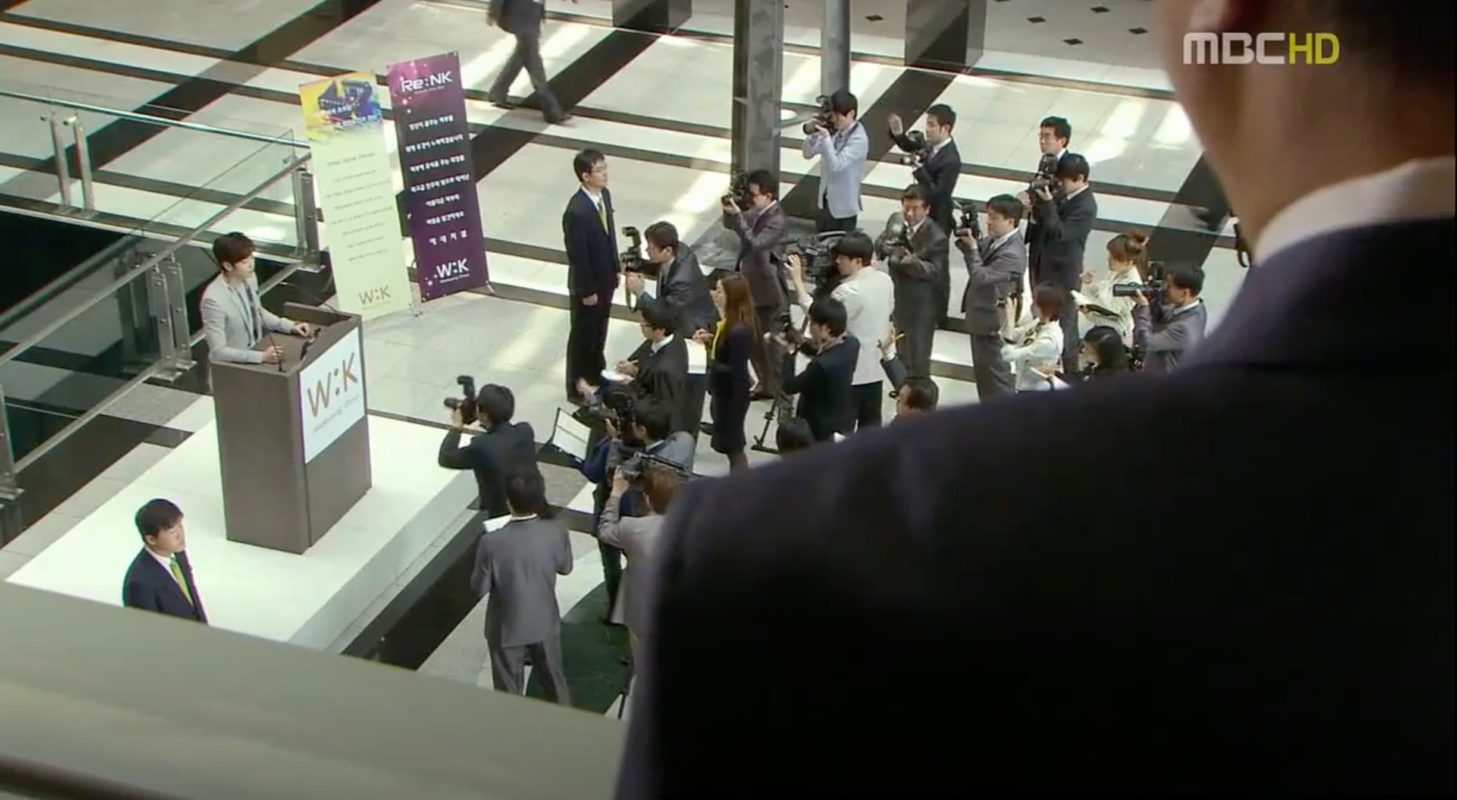 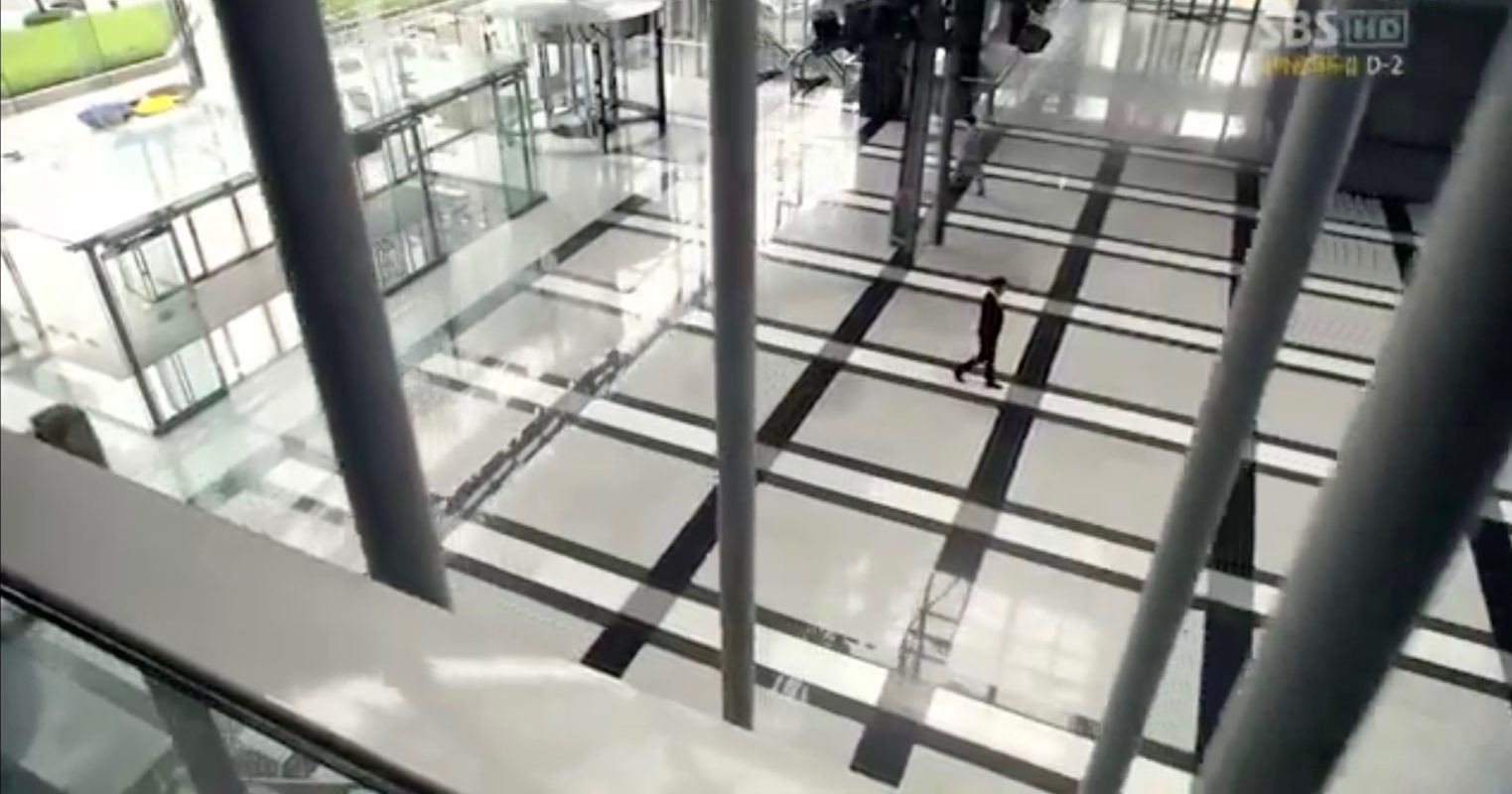 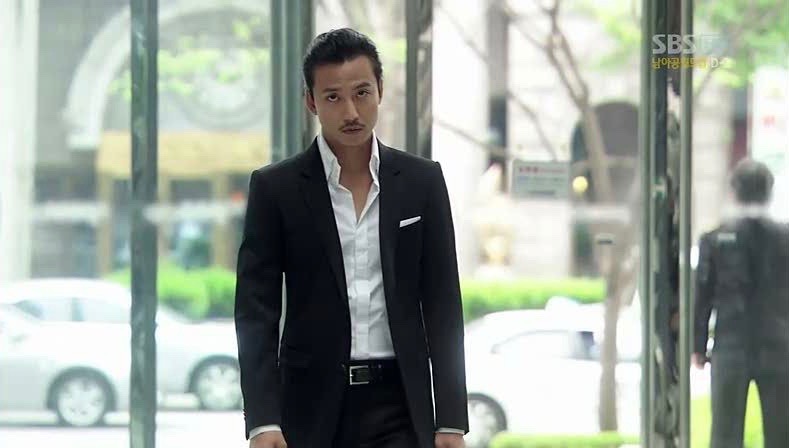 This building appears as the headquarters of ‘Wookyung Group’ in Can You Hear My Heart?/Listen to My Heart (내 마음이 들리니) (MBC, 2011), run by Cha Dong-joo’s (Kim Jae-won) father. It is one of the main places where Dong-joo goes up against his father as in episode 14. But it is also a meeting place for Jang Joon-ha (Namgung Min) and Bong Woo-Ri (Hwang Jung-Eum) after his return to South Korea as in episode 10.

This building appears as the ‘Haeshin Building’ at which President Hong (Jeon Kuk-hwan) has its office in Bad Guy/Bad Man/Bad Boy (나쁜남자/Nappeun namja) (MBC, 2010) — as seen, for instance in episode 4, when President Hong invites Geon-Ok (Kim Nam-gil) over.

Posco Center [포스코센터], completed 1995, is the headquarters of the South Korean steel-making company POSCO. It is located on Teheran-ro [테헤란로] in Seoul’s neighborhood Daechi [Daechi-dong/대치동] in the Gangnam District [Gangnam-gu/강남구]. This building is one of the 380 traditional and modern-contemporary buildings in Seoul that were selected for the The Seoul Architectural Guide (2013, page 110).

The lobby aquarium [포스코수족관] that stretches from the basement to the first floor is where most scenes in Can You Hear My Heart take place.