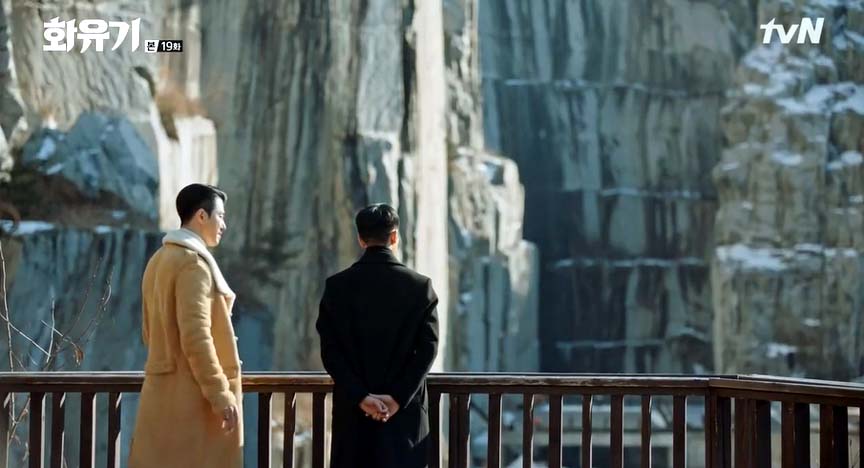 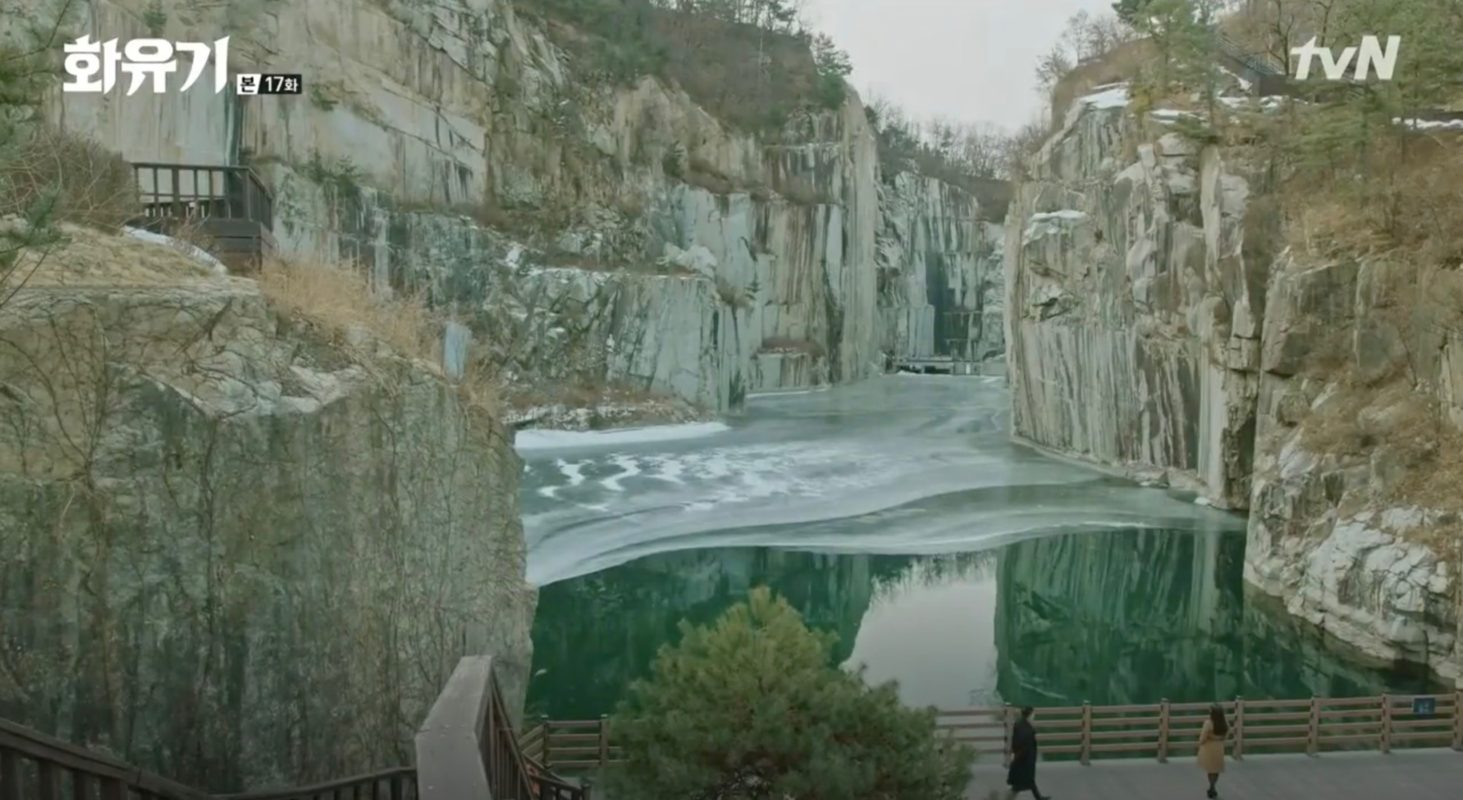 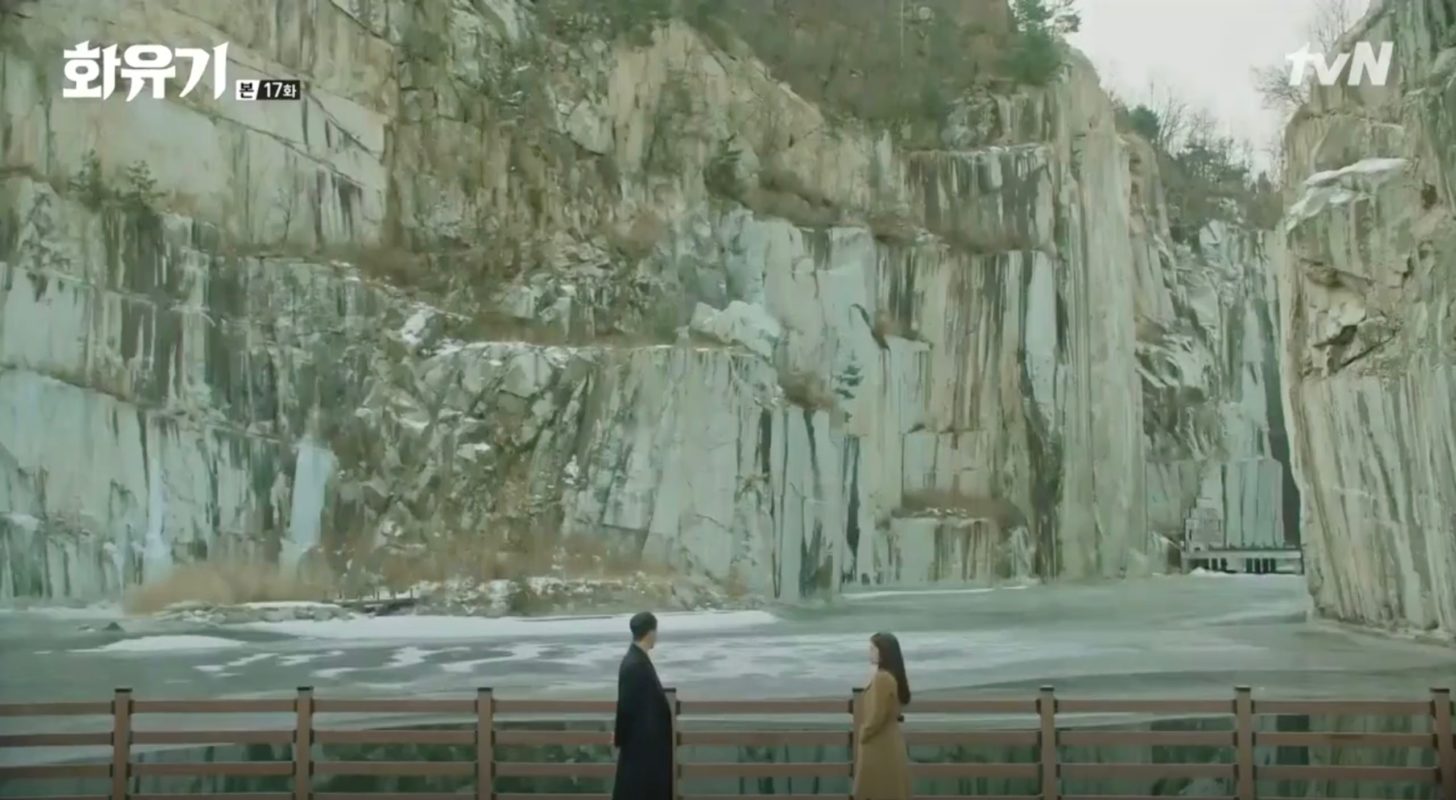 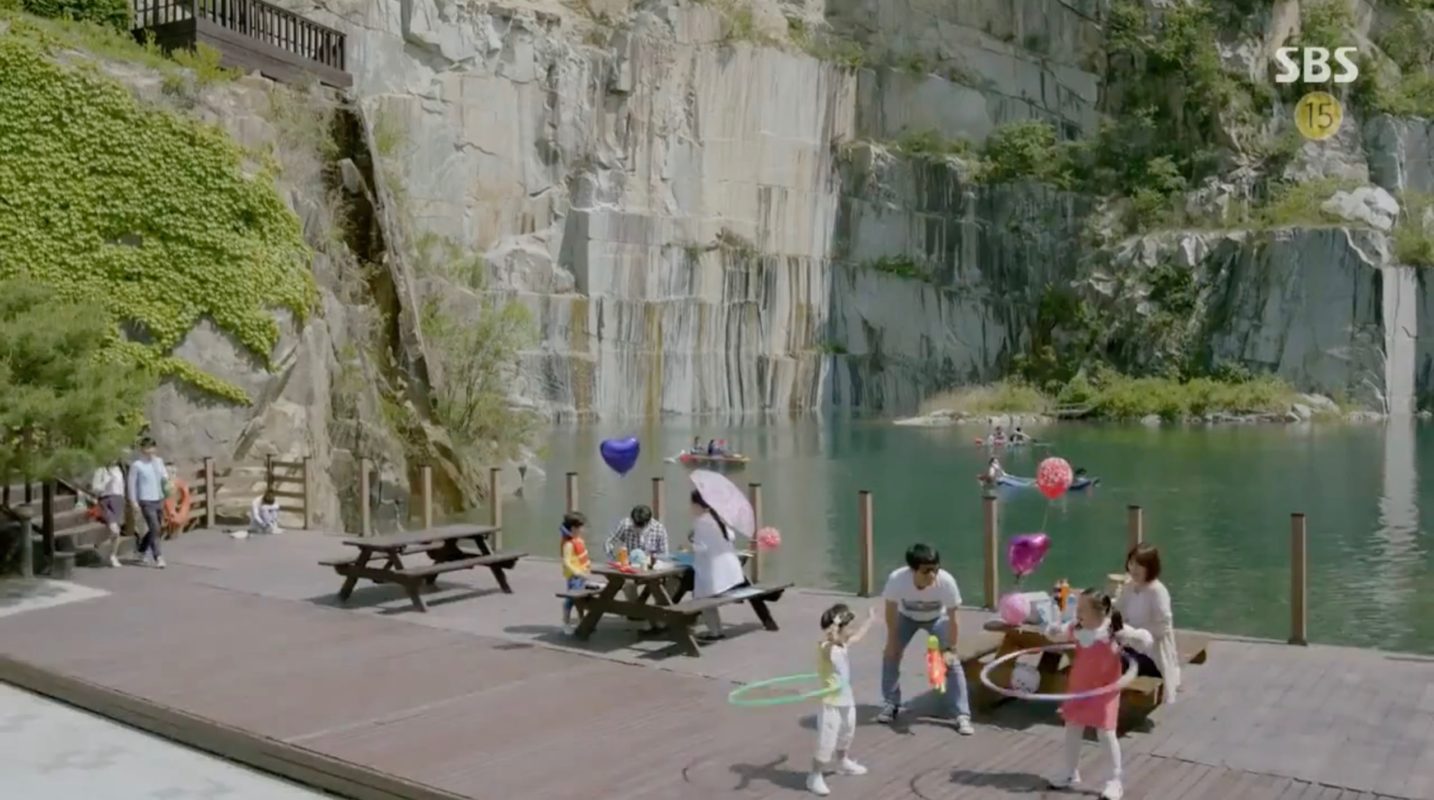 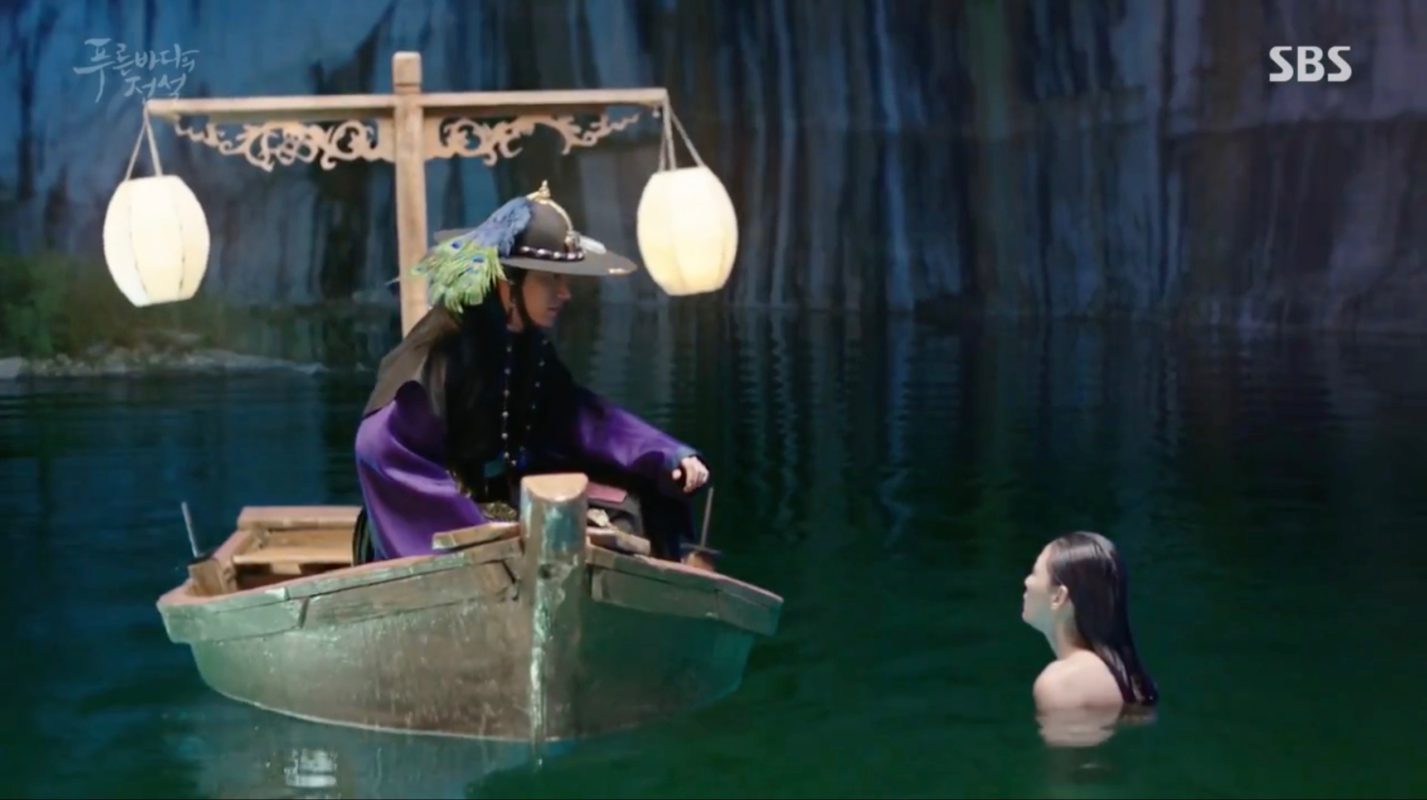 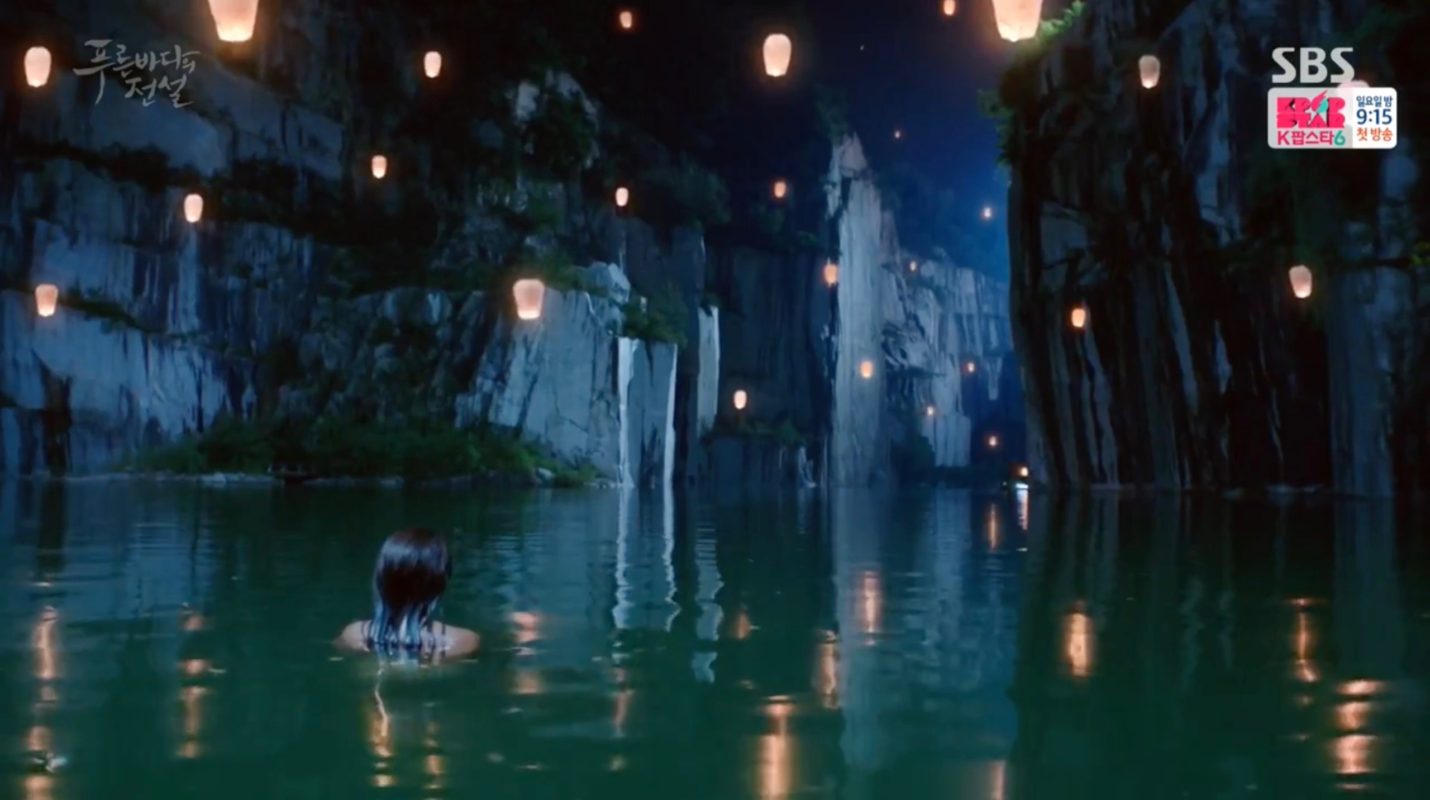 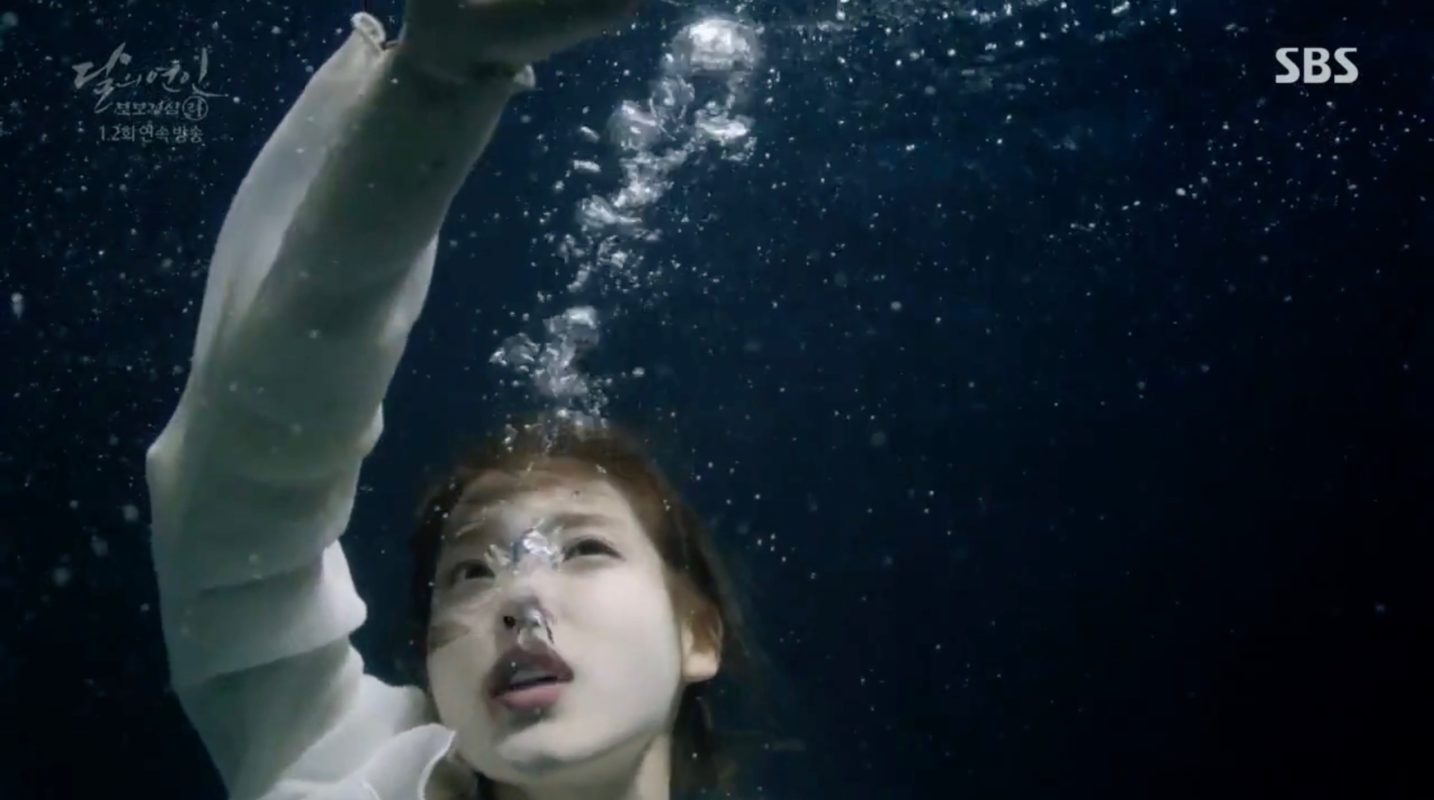 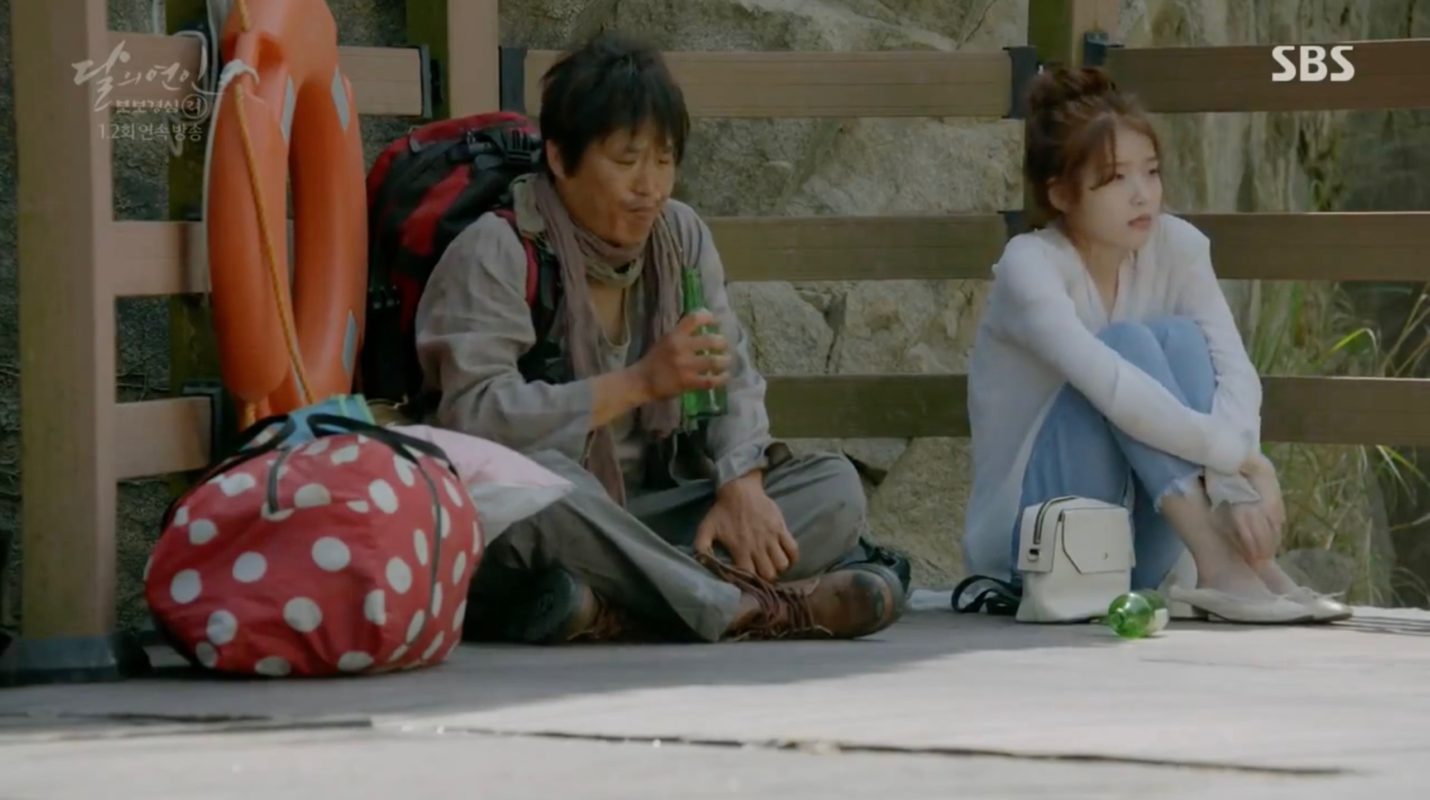 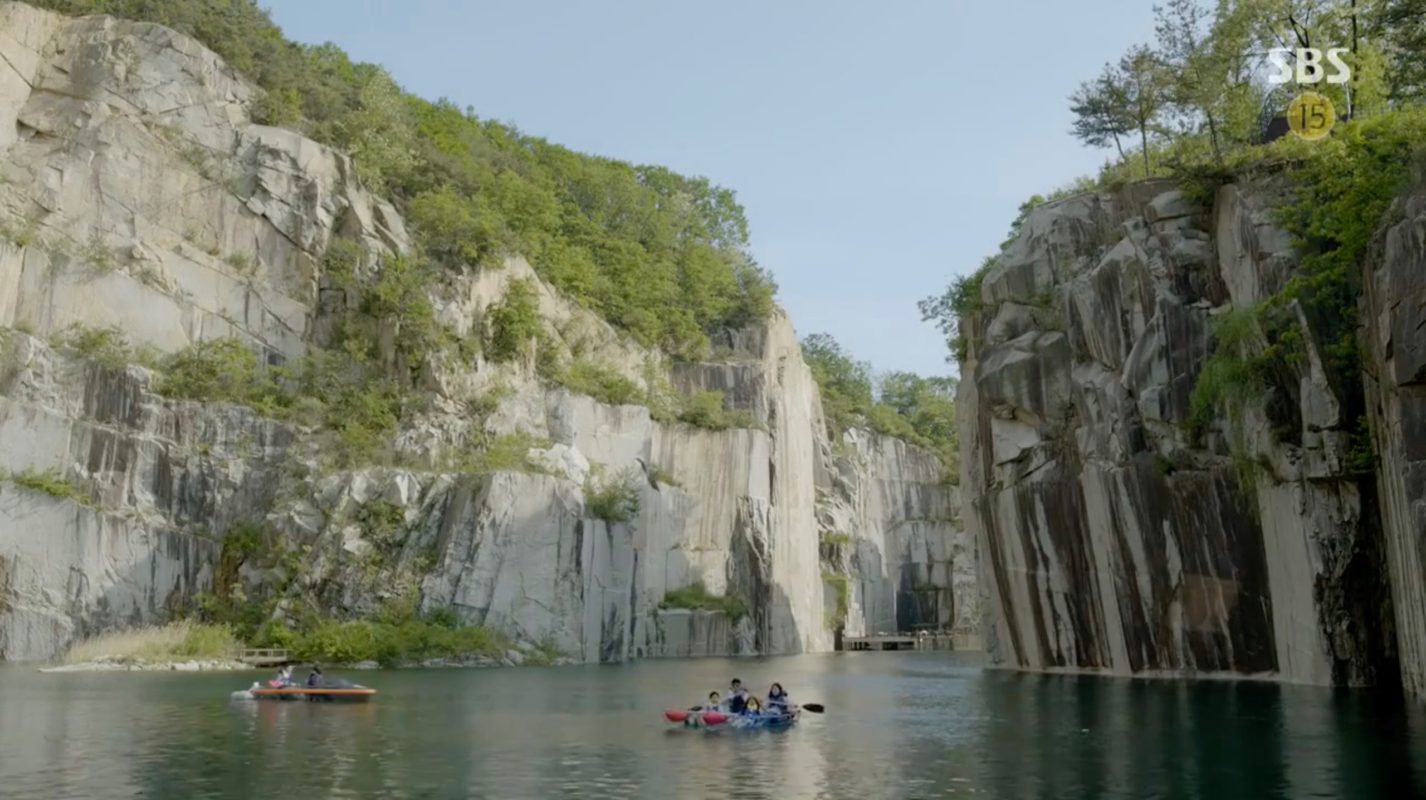 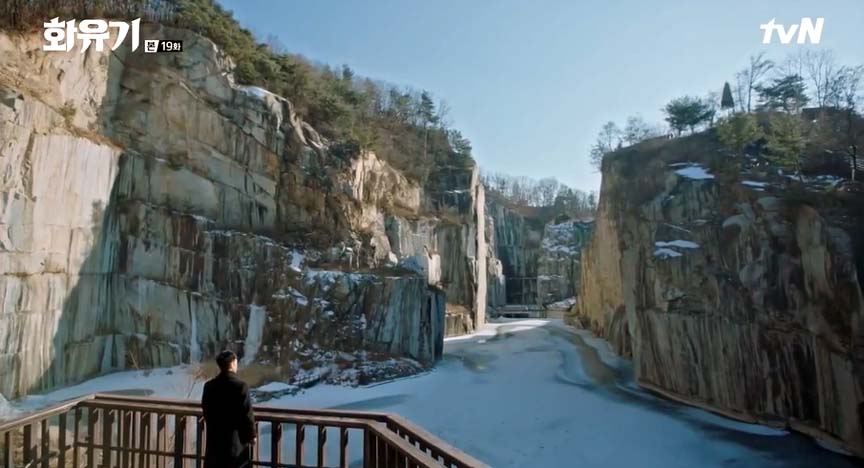 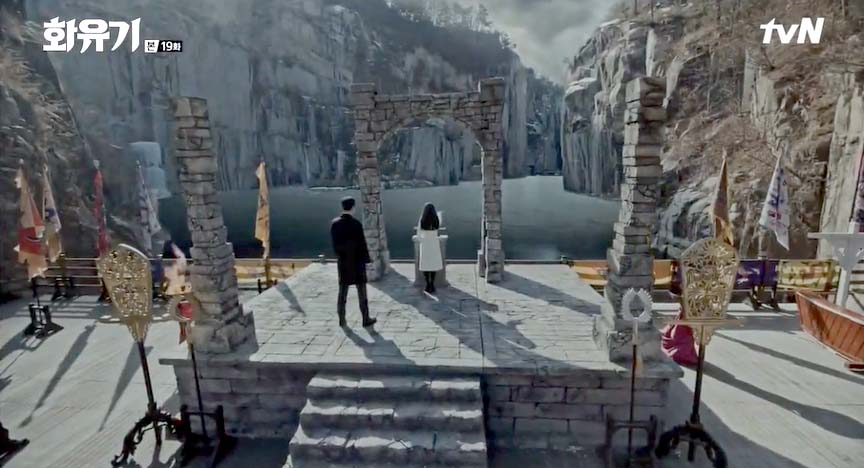 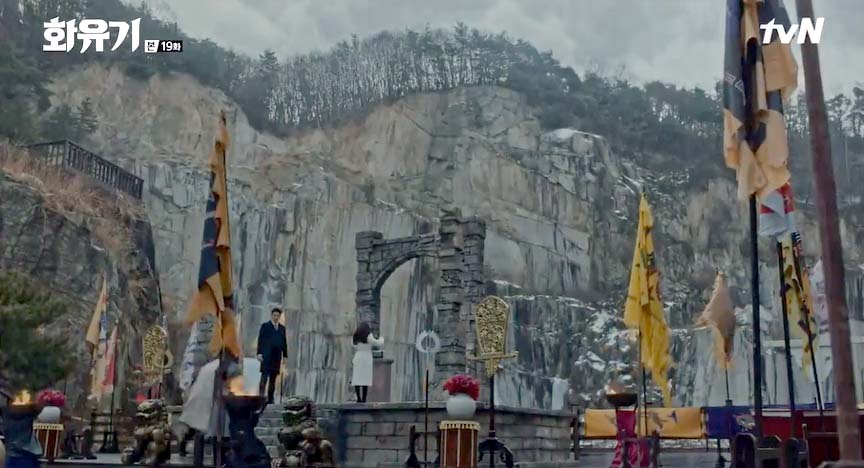 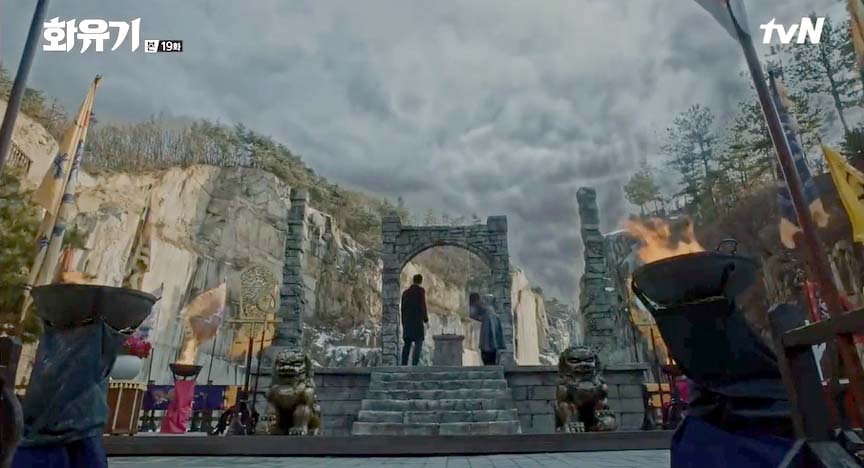 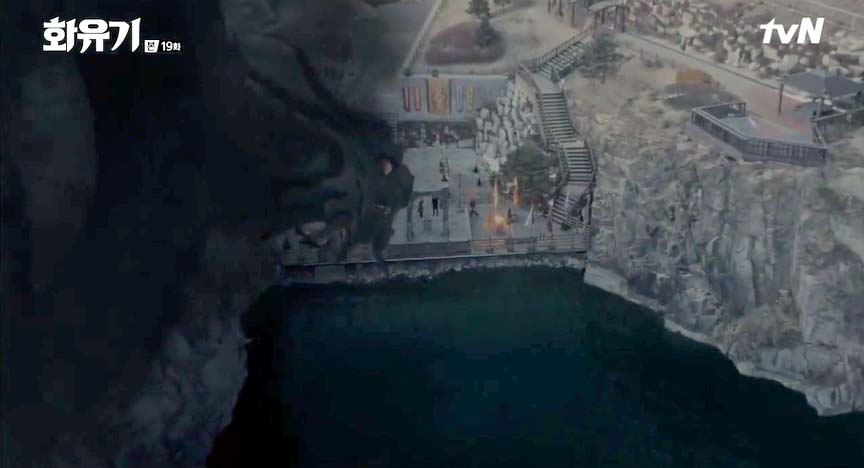 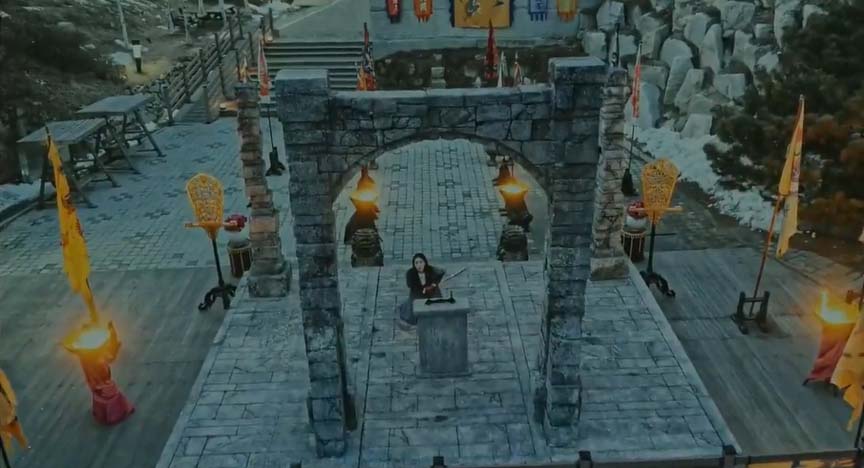 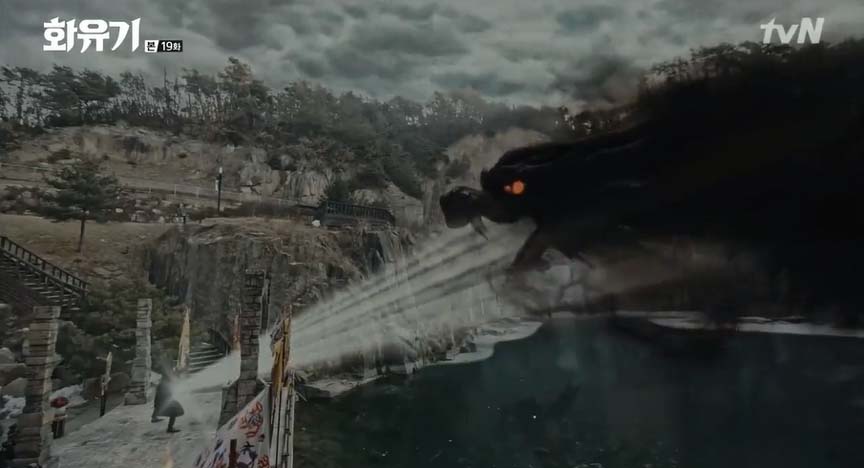 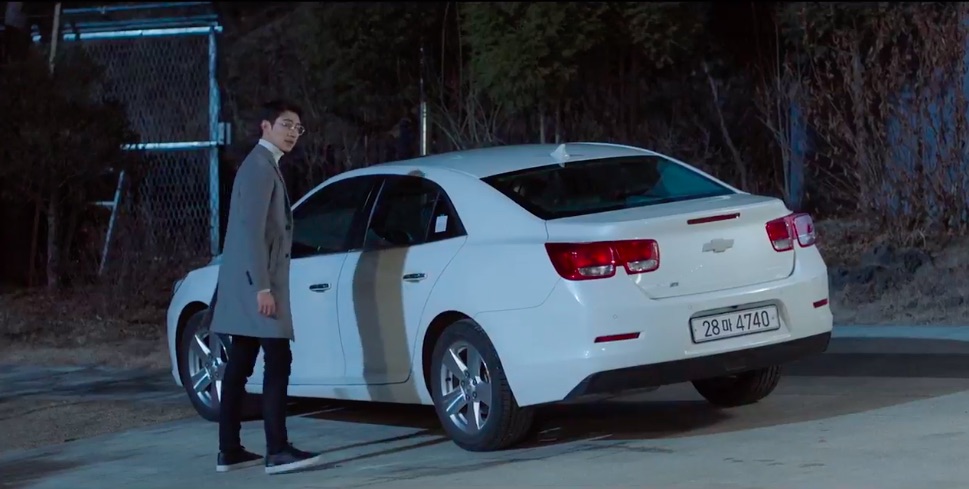 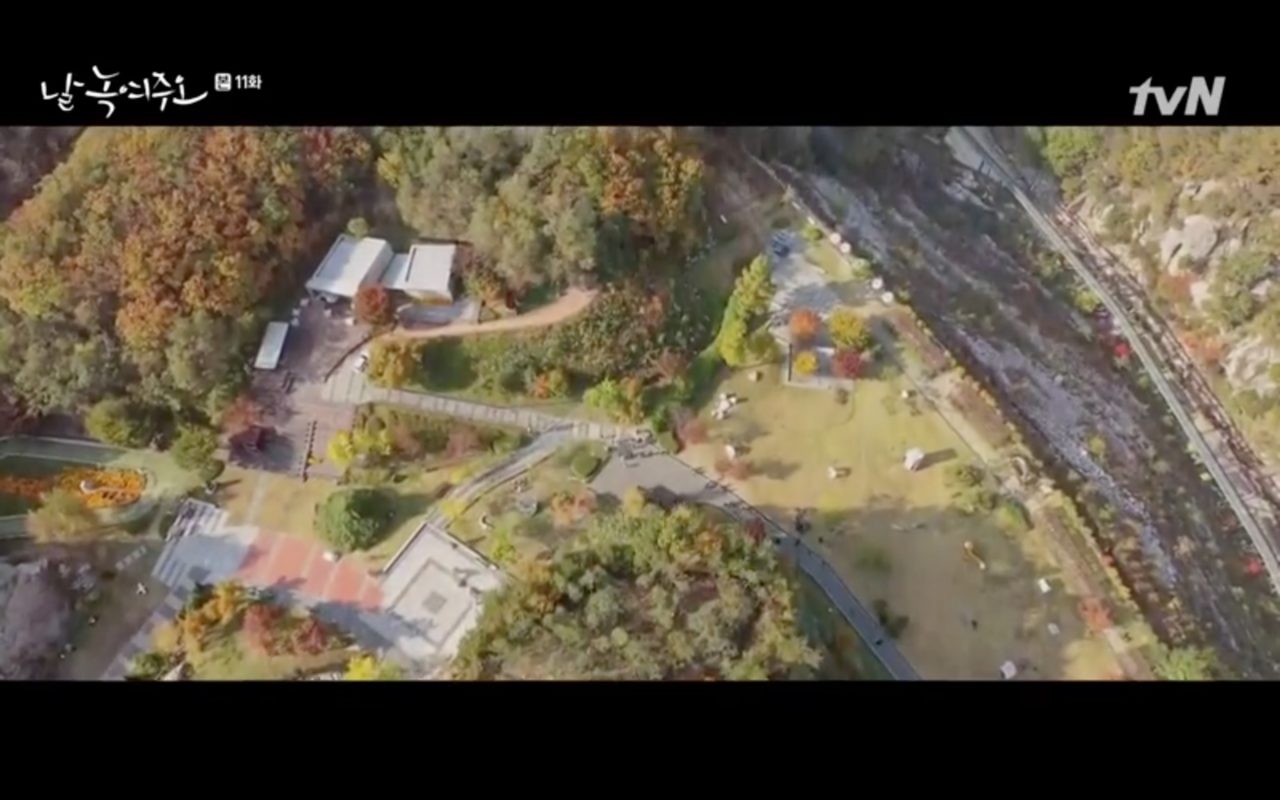 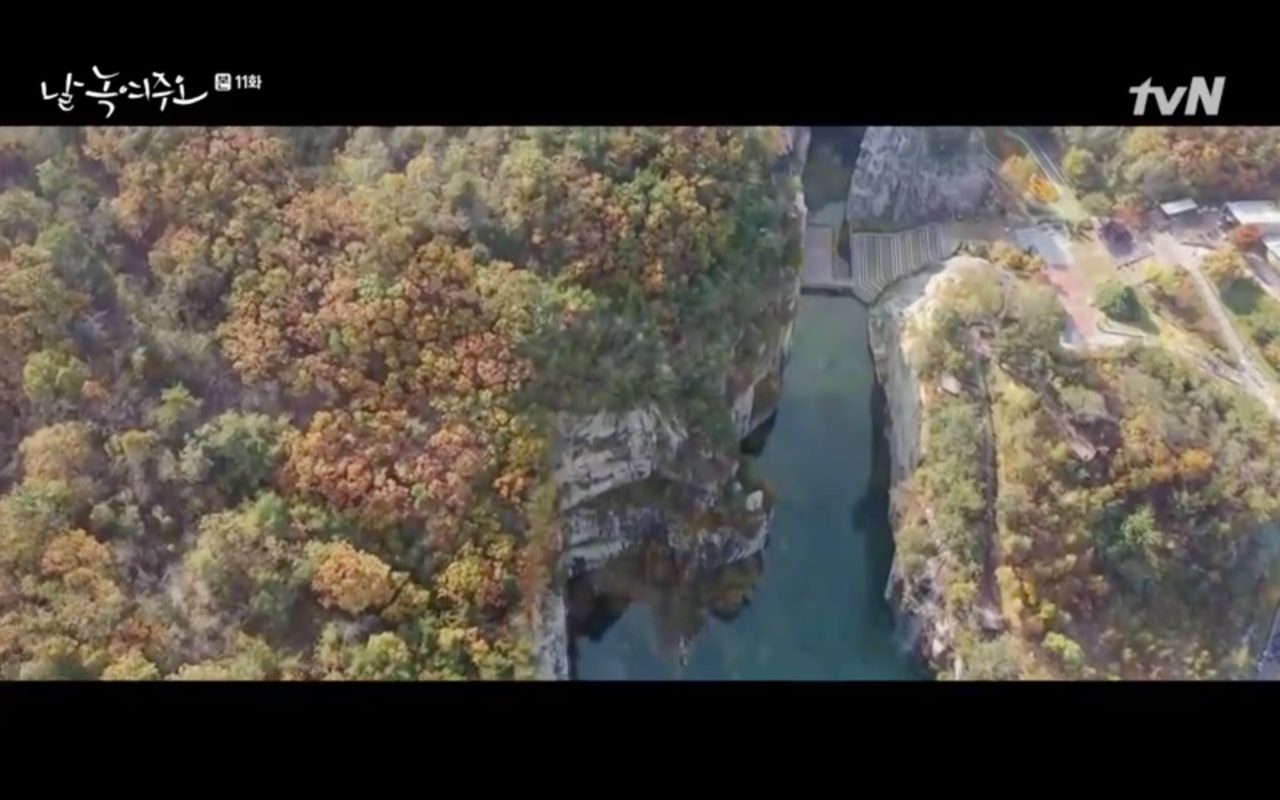 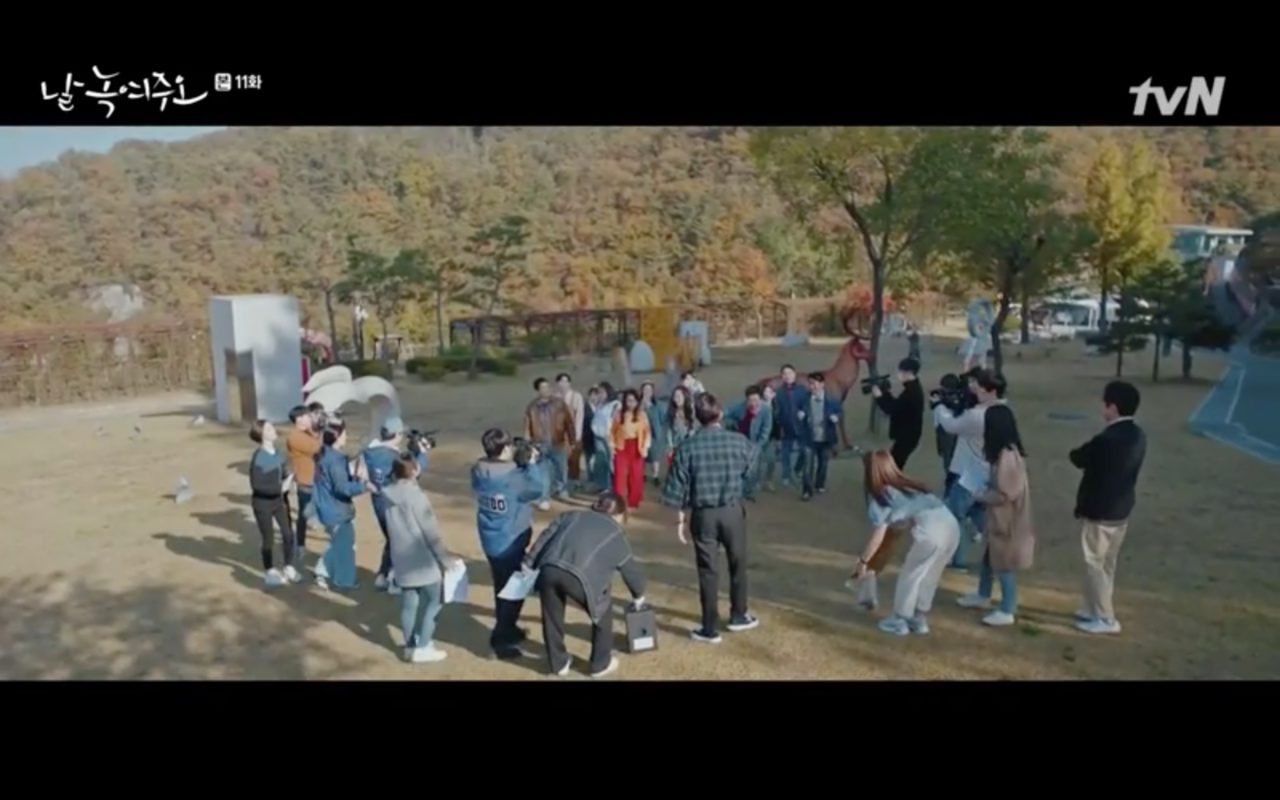 This site becomes important especially in the last episodes of Hwayuki/A Korean Odyssey (화유기) (tvN, 2017-18). In episode 17, Son Oh-Gong (Lee Seung-Gi) meets up with the Priestess (Lee Se-Young) here. In episode 19, this is where Ah Sa-nyeo (Lee Se-Young) wakes up the dragon to meet his owner Kang Dae-sung (candidate for the presidential election). Sam-jang sacrificed herself to protect the world, Winter General also pushed himself to protect the world. Son Oh-gong fights against the dragon and looses his memory after the big fight.

Right at the beginning of Moon Lovers: Scarlet Heart Ryeo (달의 연인-보보경심 려) (SBS, 2016), we see Hae-Soo (IU) heartbroken at this place. When she tries to save a boy from drowning, she is herself drawn into the lake and ends up in Goryeo.

The shooting of the first episode of new variety show ‘Go Go 99’ thought up by Ma Dong-chan (Ji Chang-wook) and Ko Mi-ran (Won Jin-a) takes place at this garden in episode 11 of Melting Me Softly/Let Me Melt (날 녹여주오) (tvN, 2019).

Han Song-yi (Jung Chae-yeon) follows her senior to this observatory in episode 9 of My First First Love/Because It’s My First Love (첫사랑은 처음이라서) (Netflix, 2019), after he had offered to give her a ride to the bus stop. She recalls Yoon Tae-oh (Ji Soo) telling her that there are rumors of how this senior brings girls here to ‘advance’ with them, and as a precaution, reaches out to Seo Do-hyun (Jung Jin-young) and Tae-oh to let them know where she is, before her phone battery dies. As the senior attempts to harass Song-yi into going out with him, Tae-oh reaches the observatory in time; Song-yi manages to get out of the car, and Tae-oh punches that senior in the face.

Note that this observatory is not located in, or part of Hansung University, as the show makes it out to be.

Pocheon Art Valley [포천아트밸리] is an abandoned quarry that was transformed into a park for art and culture in 2009 — situated around 2.5 hrs by public transport north of Seoul. More precisely, it is located in the village of Giji [Giji-ri/기지리] in Pocheon’s Sinbuk Township [Sinbuk-myeon/신북면], around 40 min by public transport south from Pocheon’s city center (hence its name). Some of its attractions include an Astronomical Science Museum, a sculpture park, and two outdoor performance halls. In 2019, the Ministry of Culture, Sports and Tourism —announced through the Korea Tourism Organization (KTO)— selected Pocheon Art Valley as one of the ‘100 Must-Visit Spots in Korea’ for 2019-2020. Pocheon Art Valley is also one of the 26 attractions of the UNESCO Global Geopark [유네스코 글로벌 지오 파크] —formerly known as Hantan River Geopark [한탄강지질공원]— that counts since July 2020 among the 161 UNESCO Geoparks worldwide that are deemed geologically significant areas.