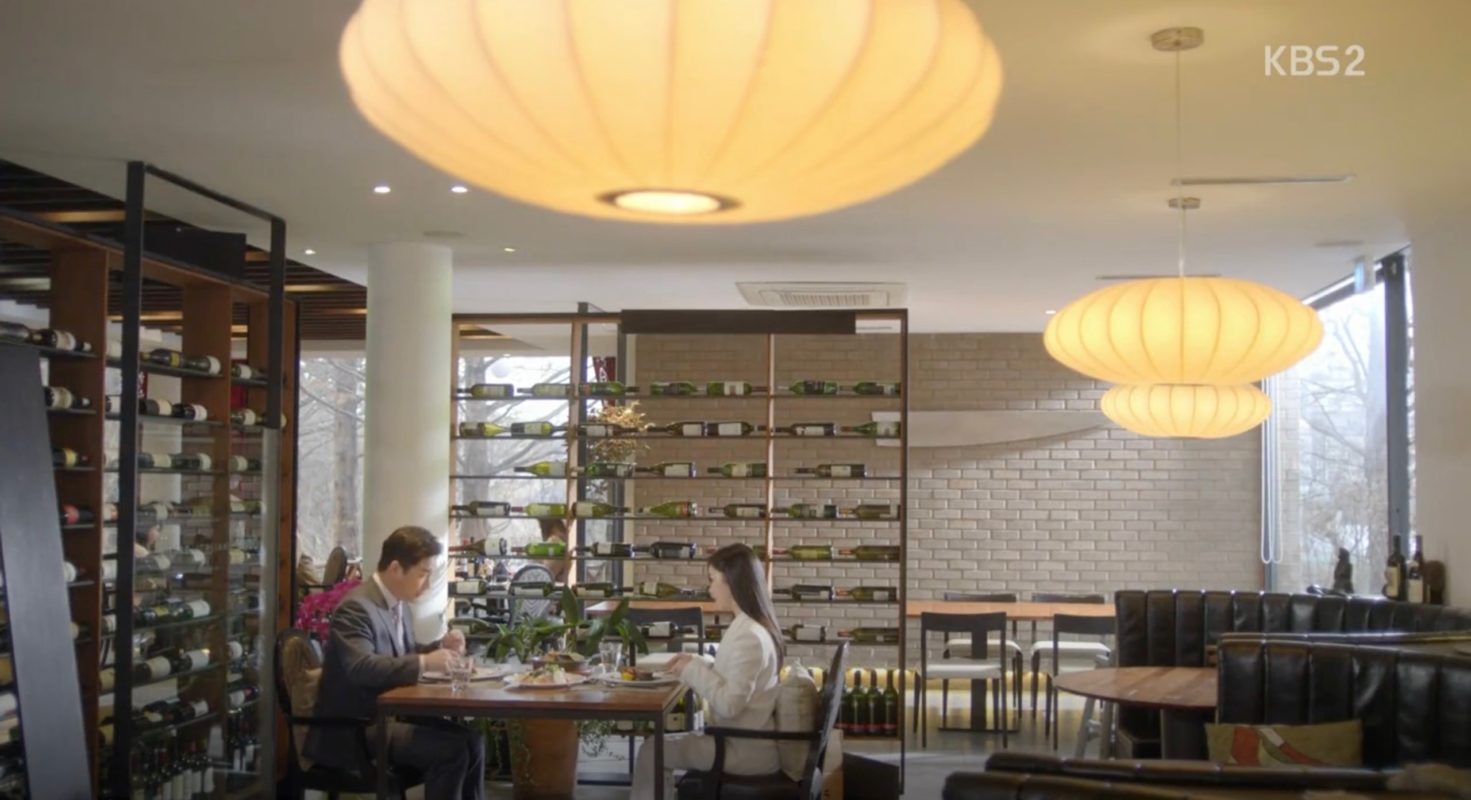 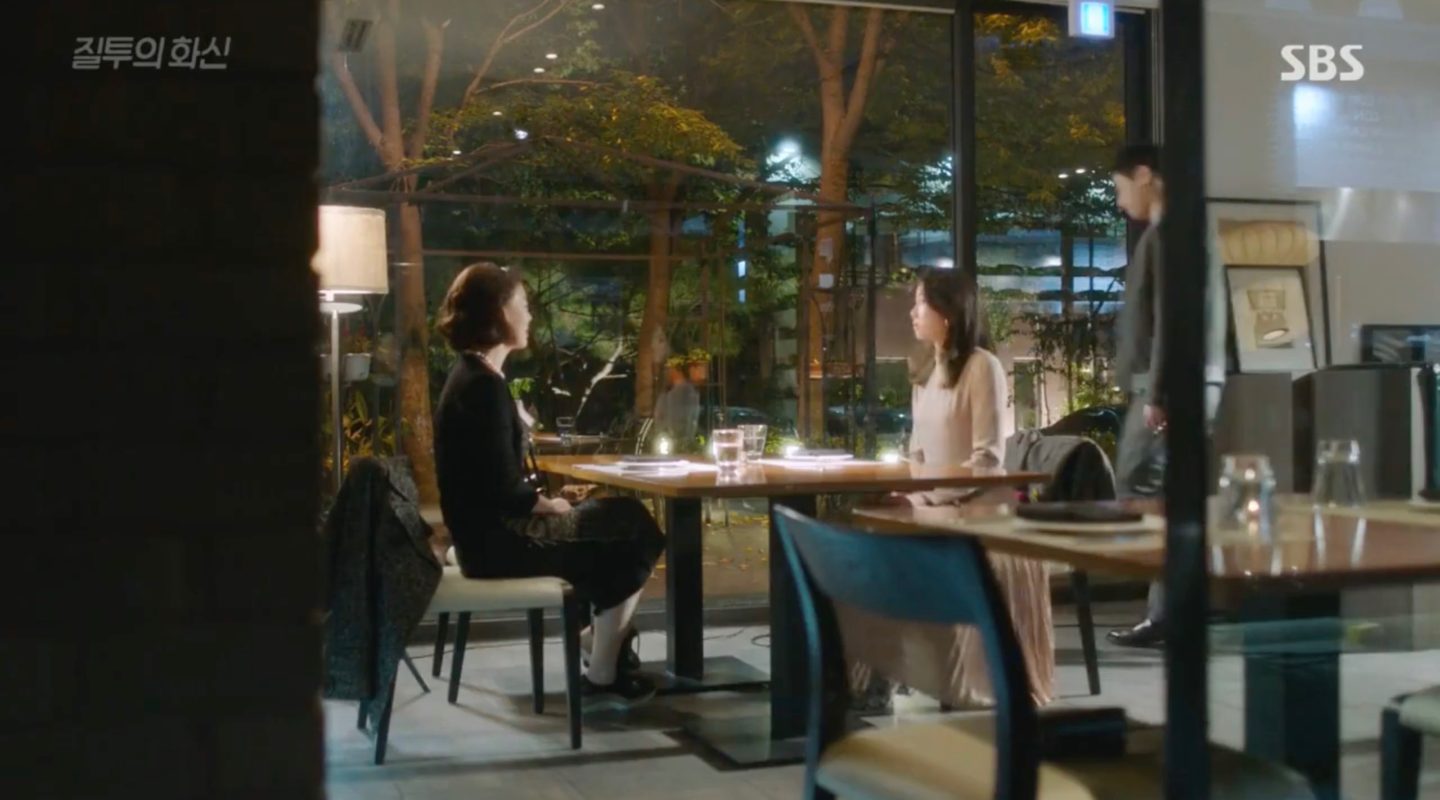 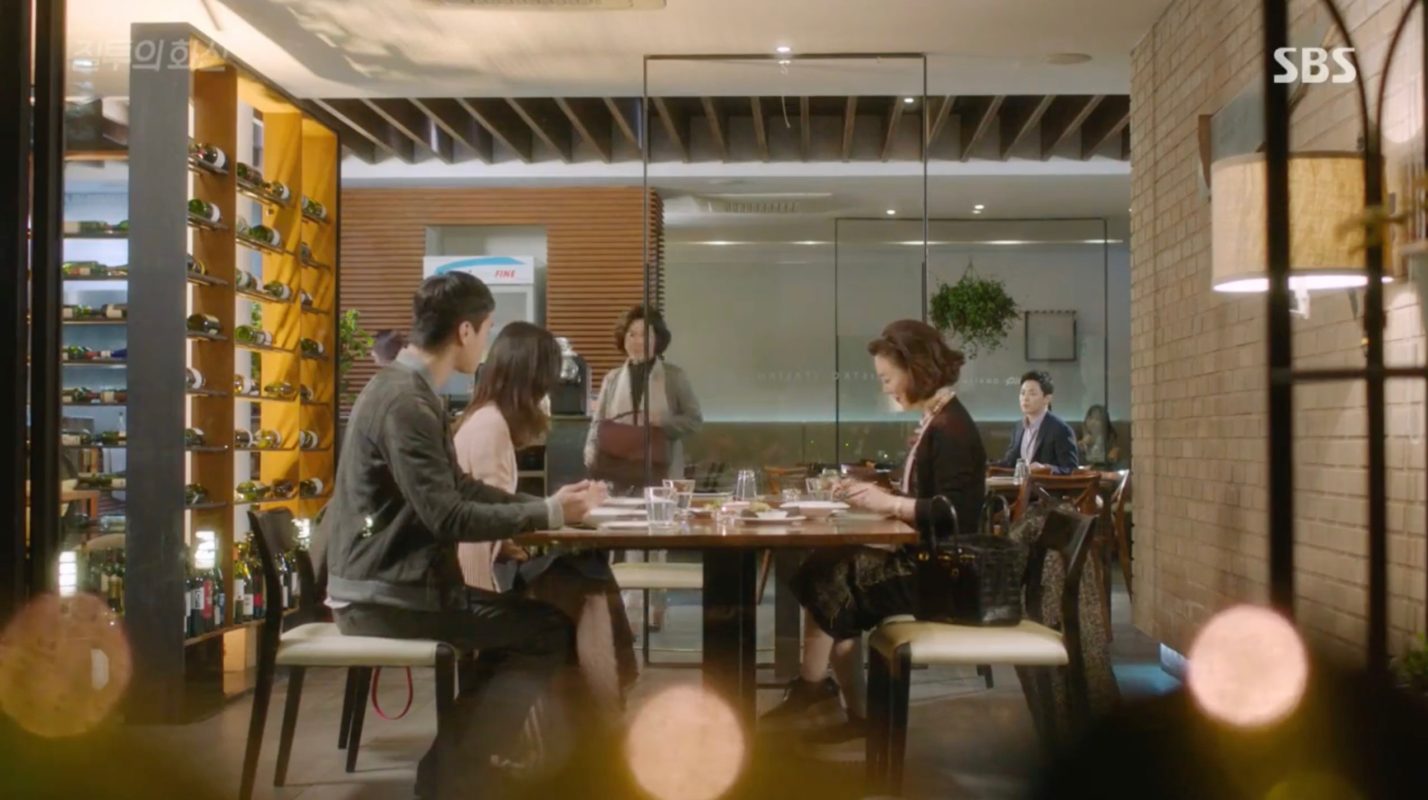 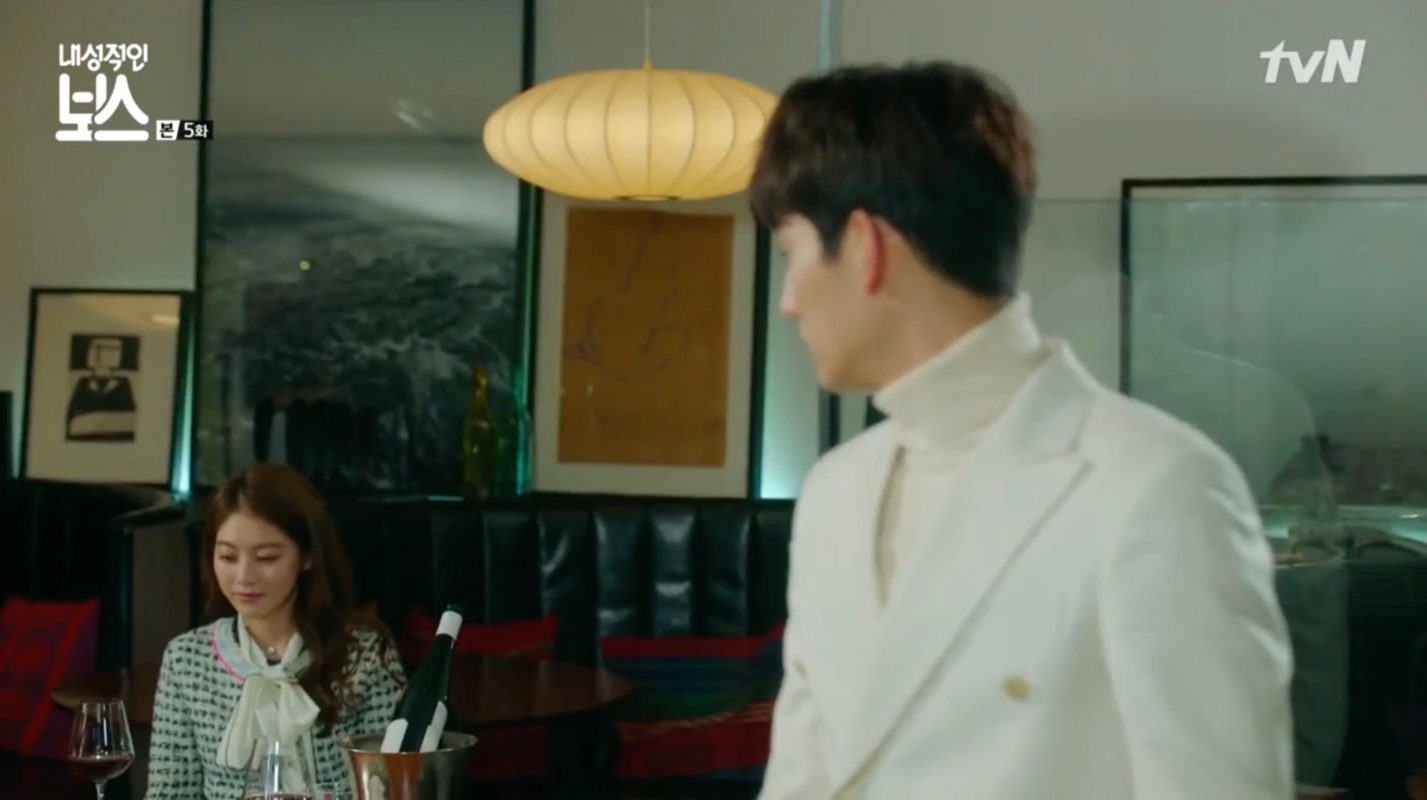 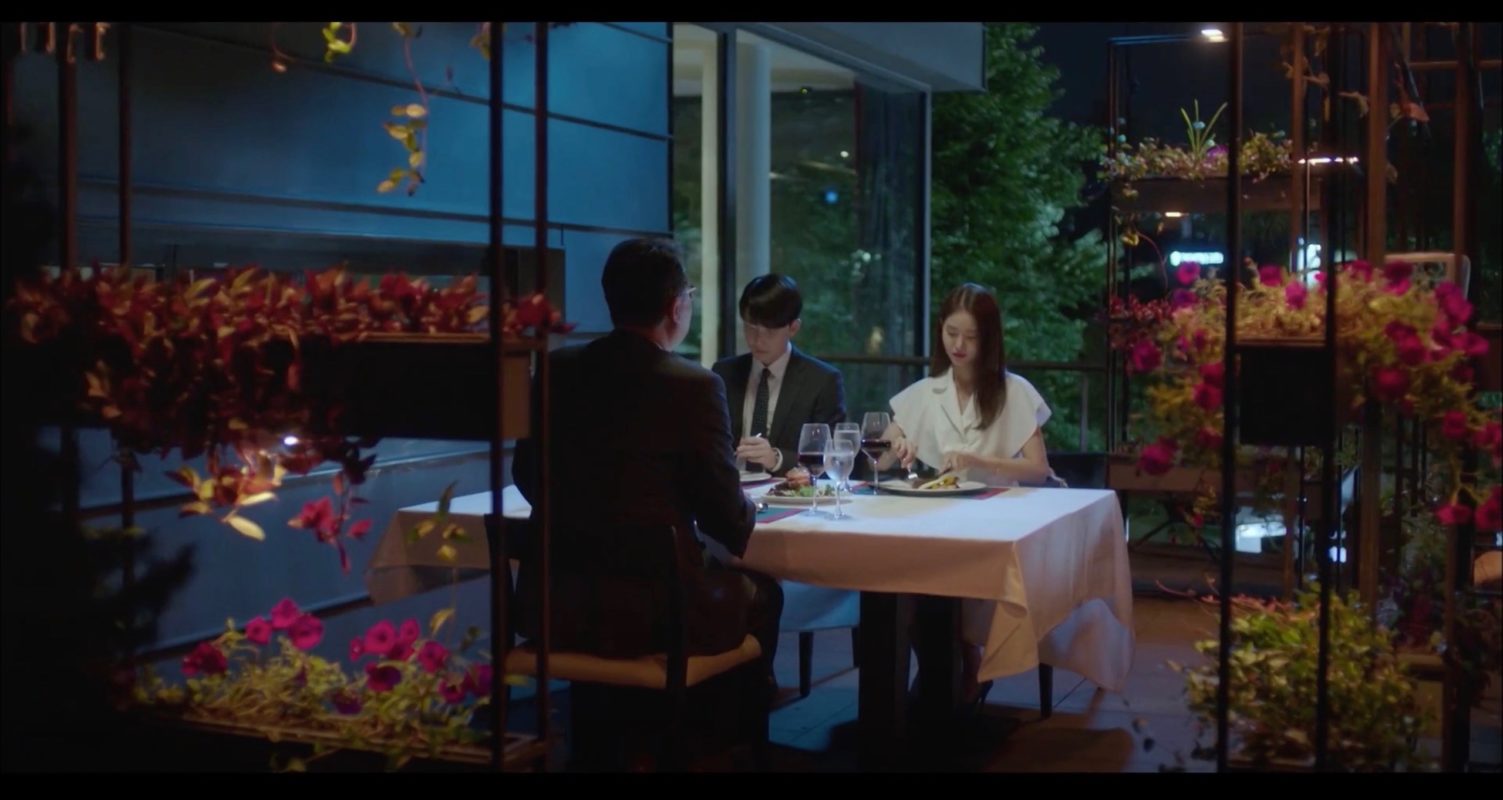 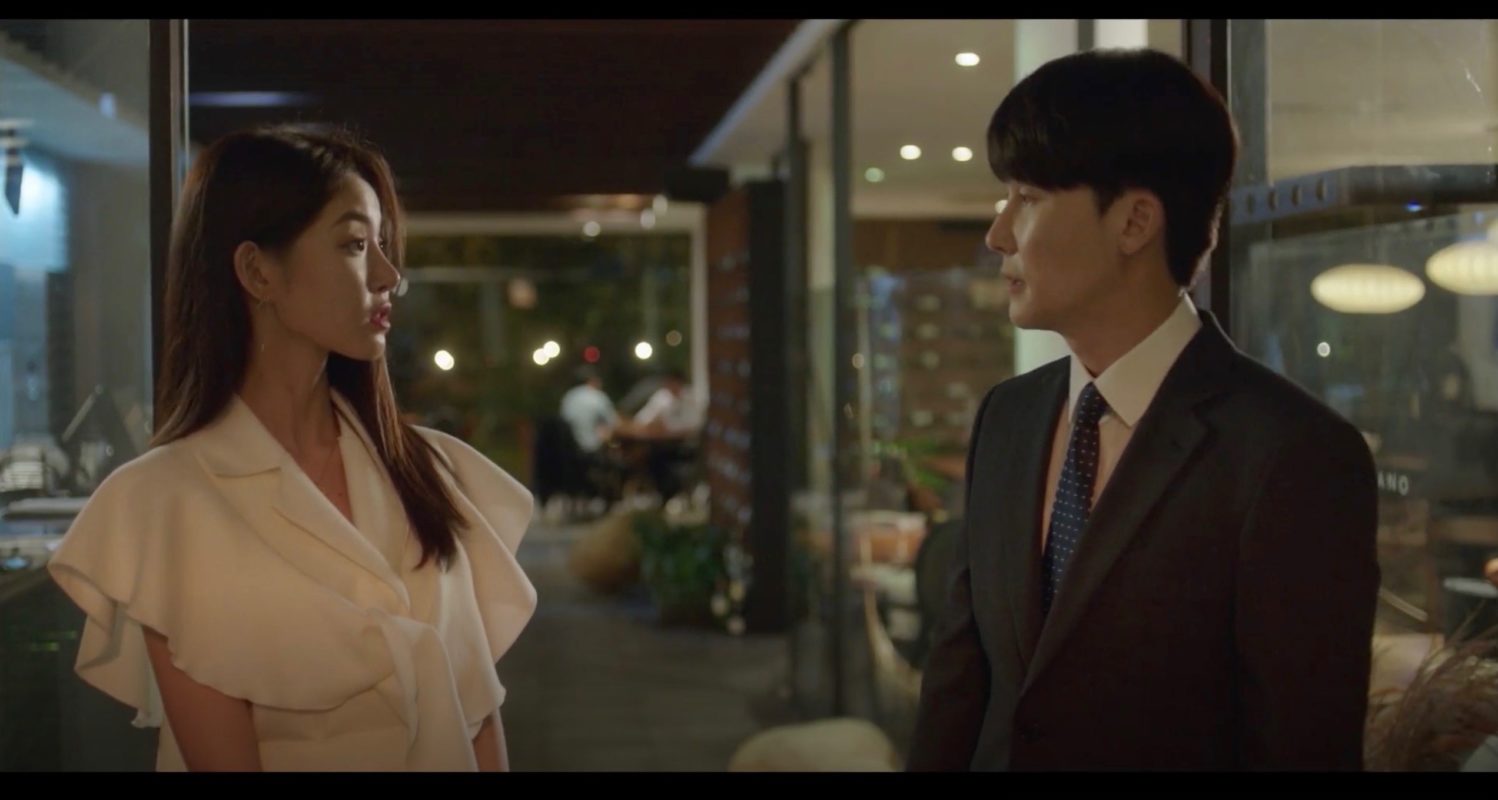 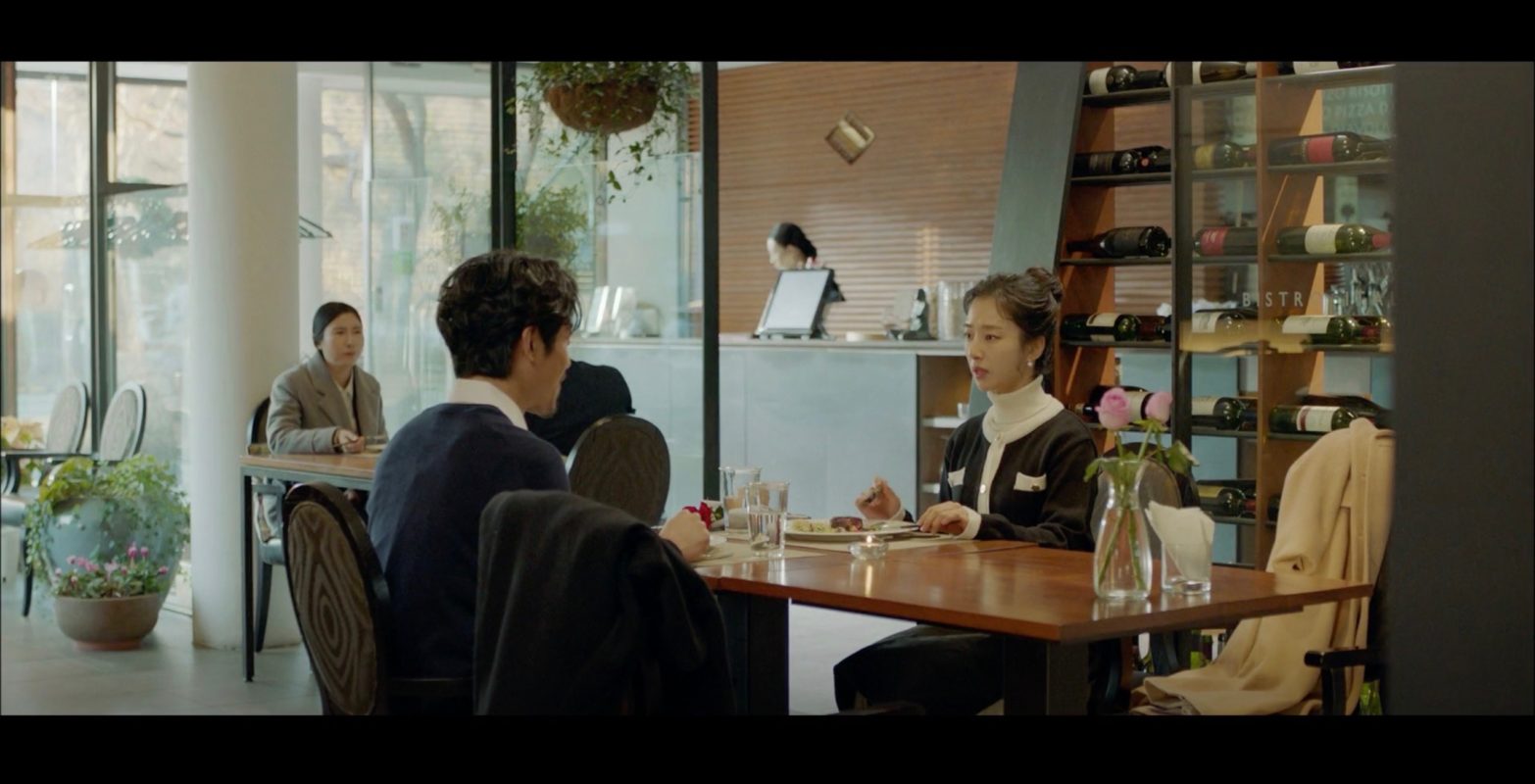 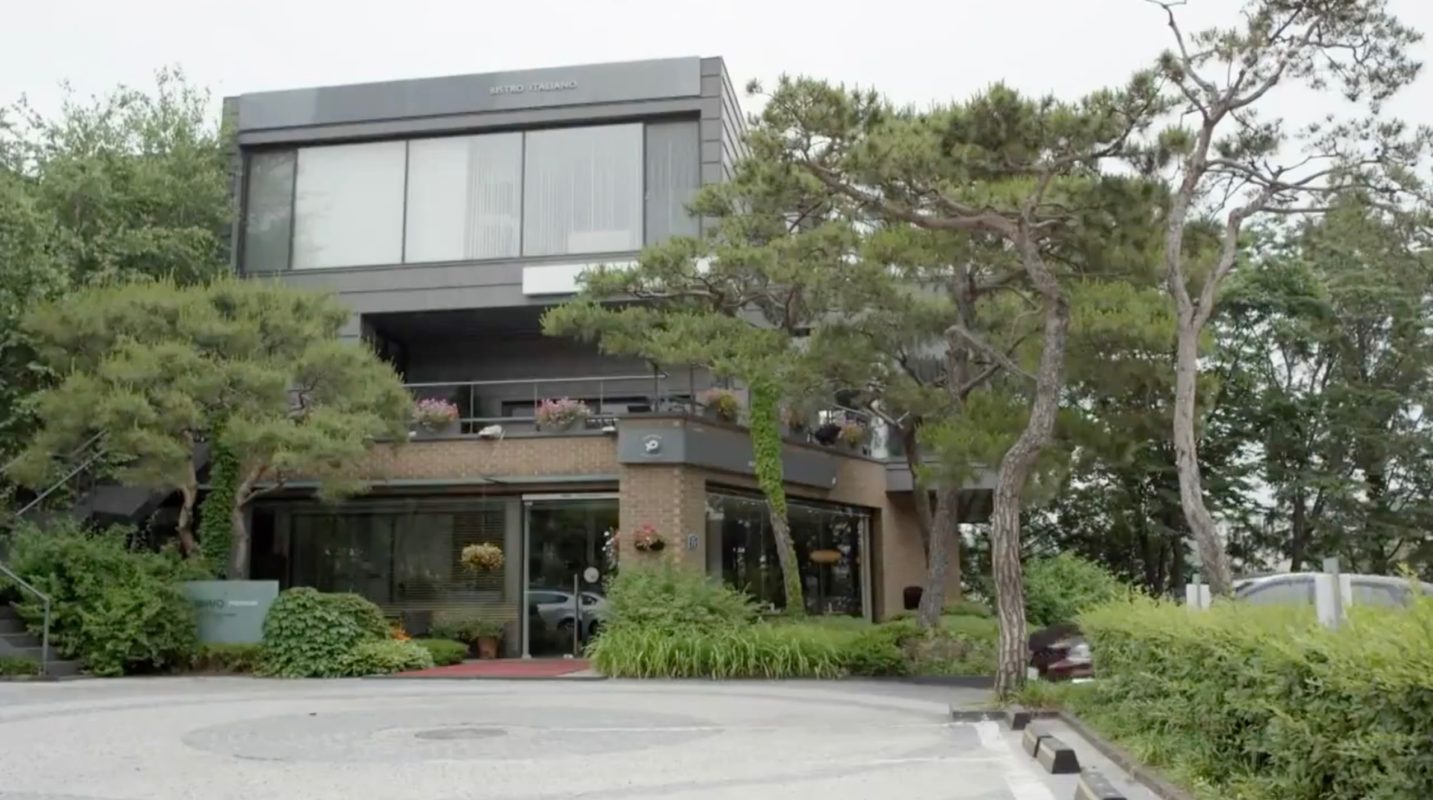 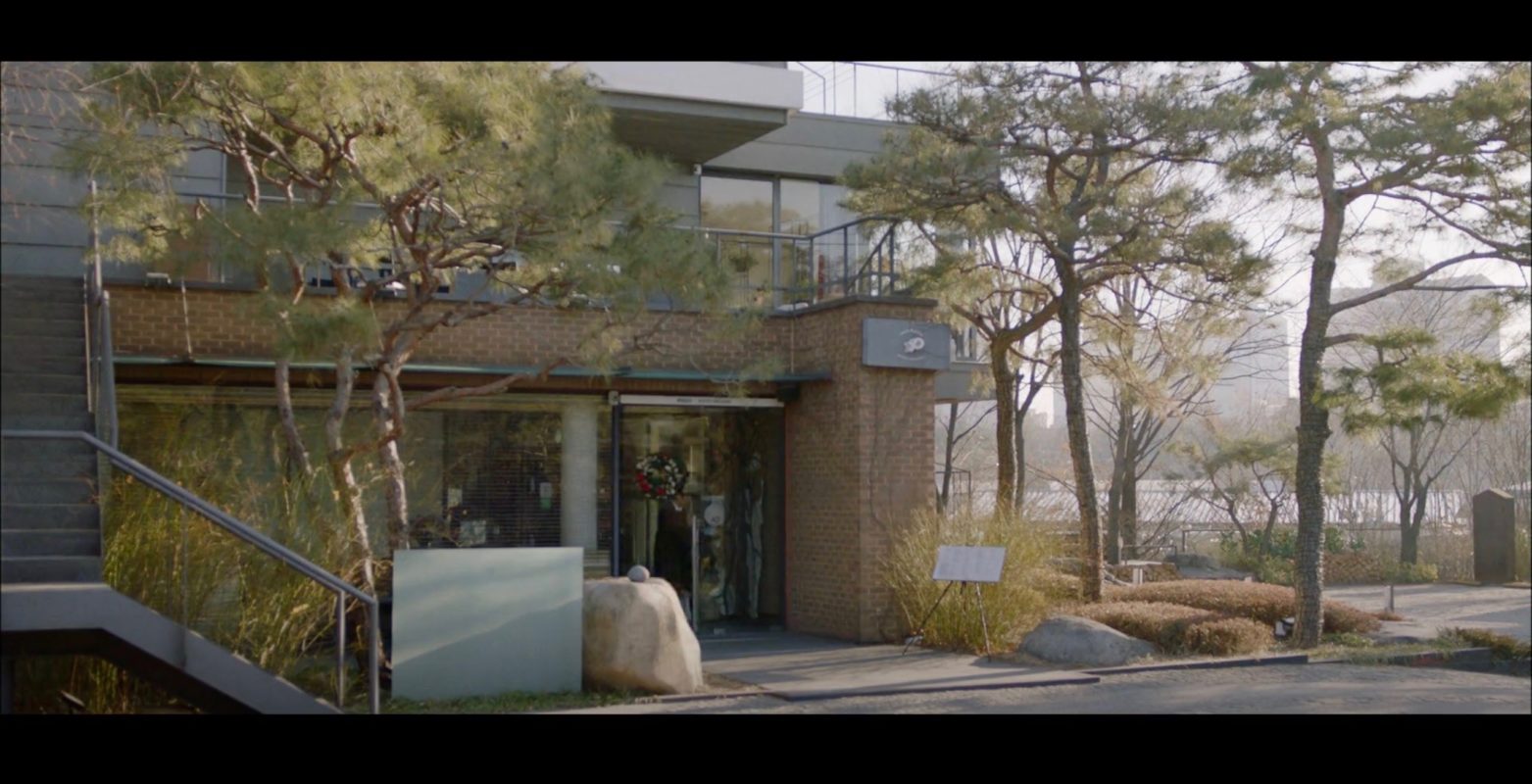 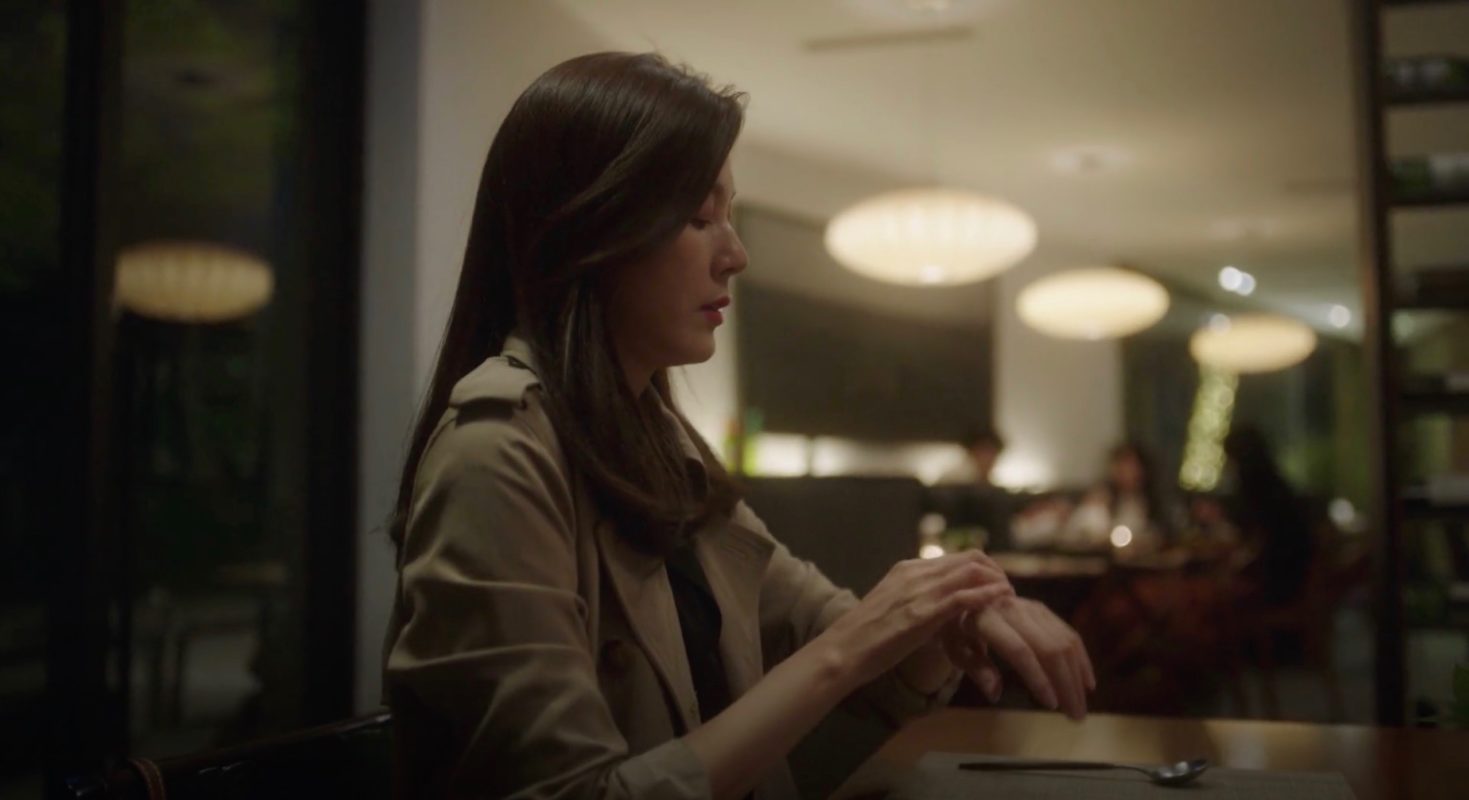 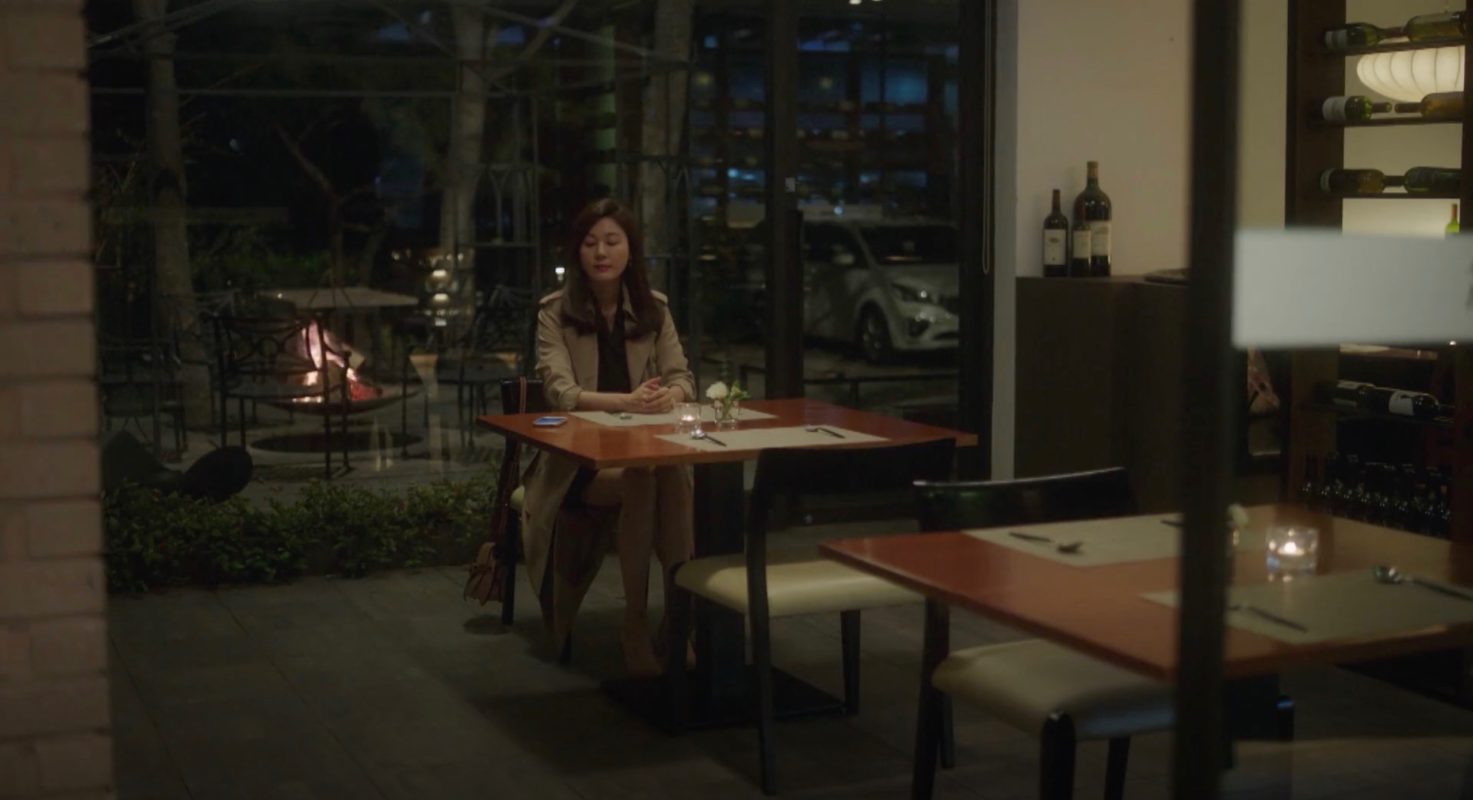 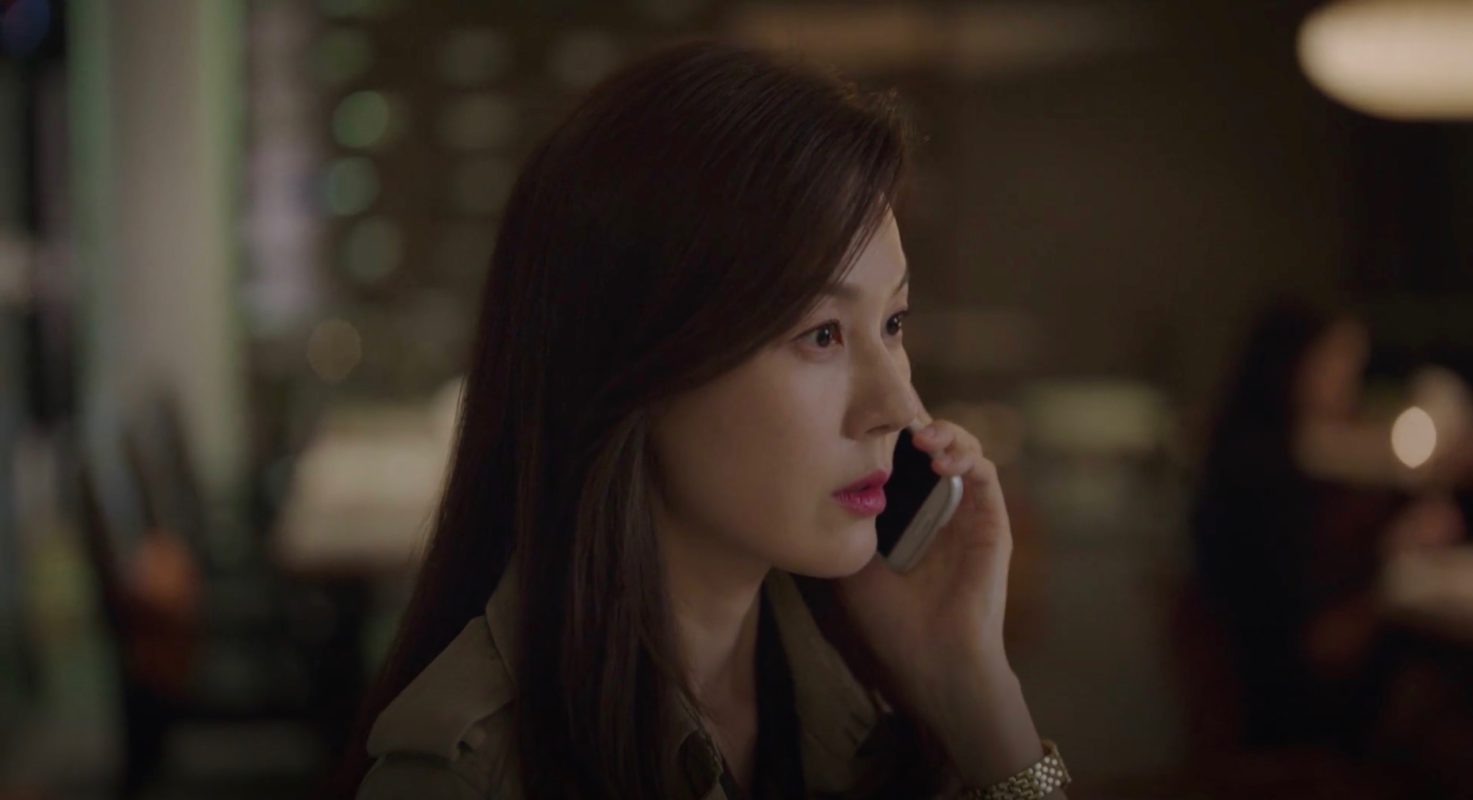 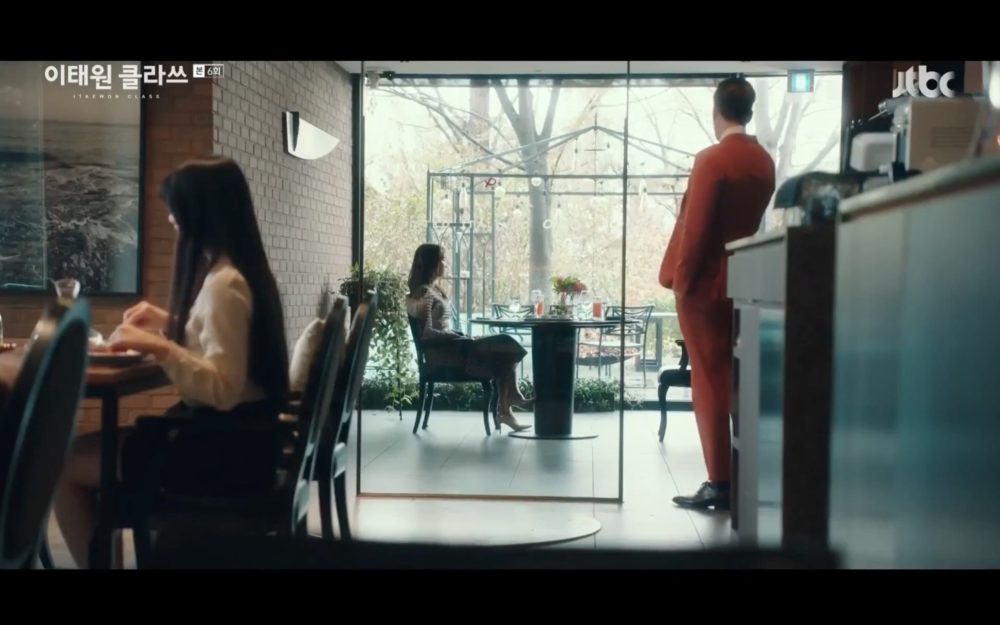 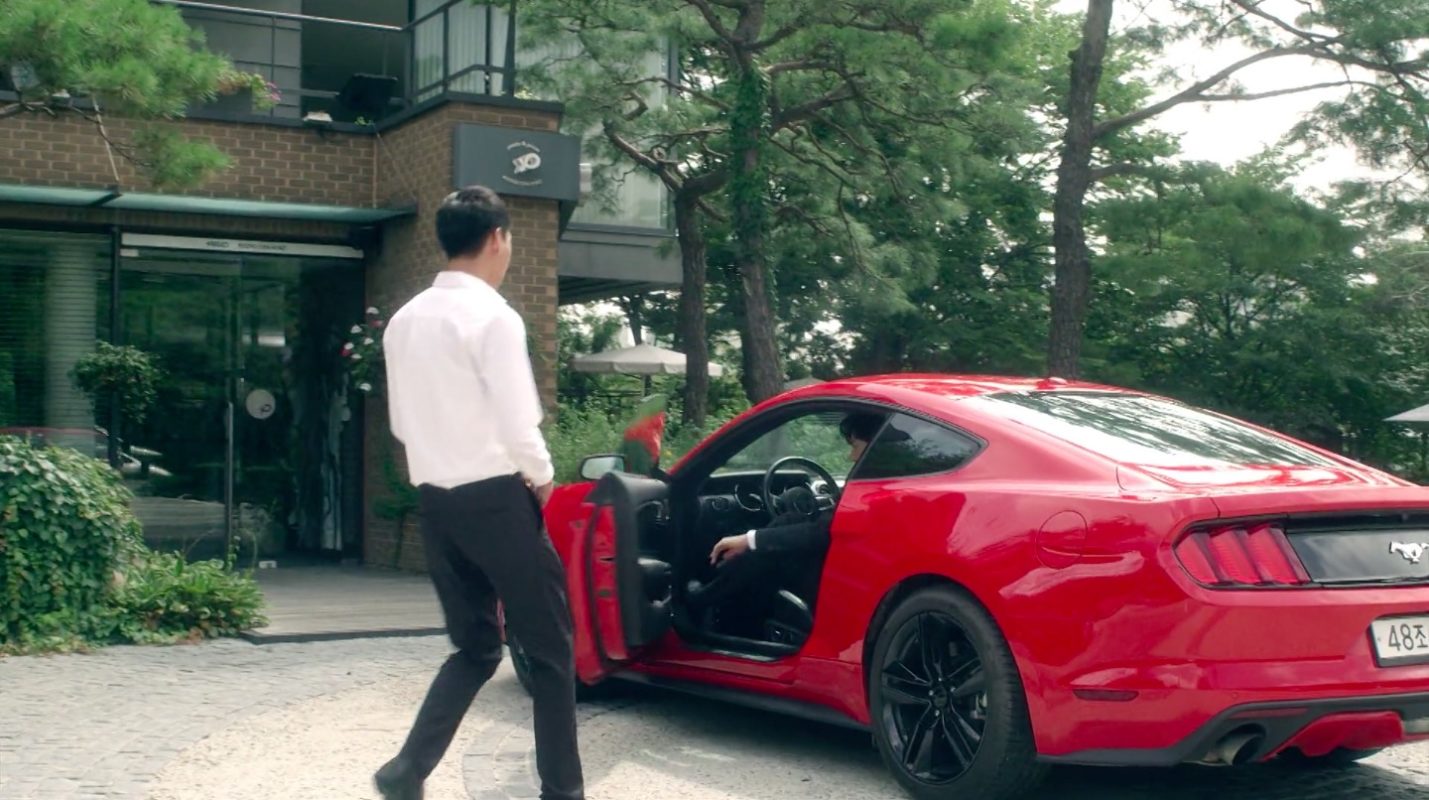 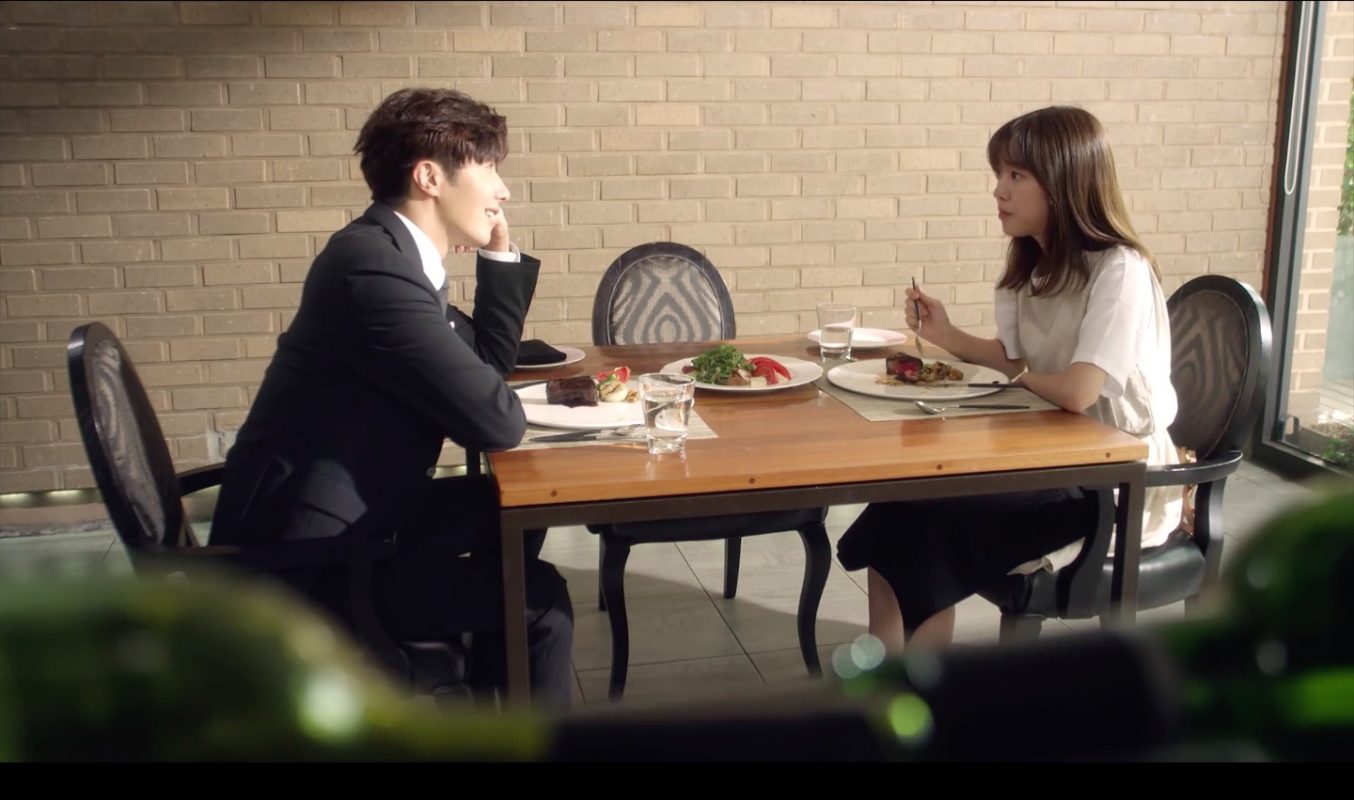 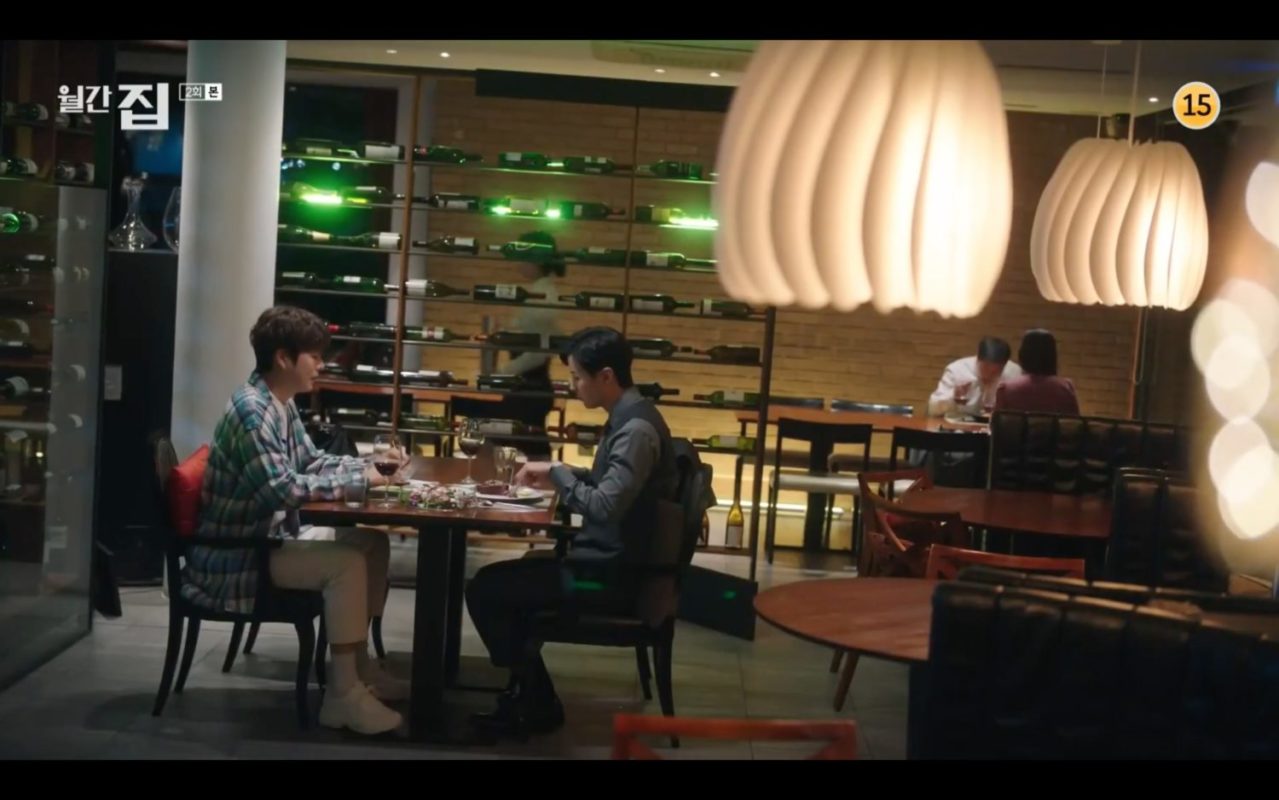 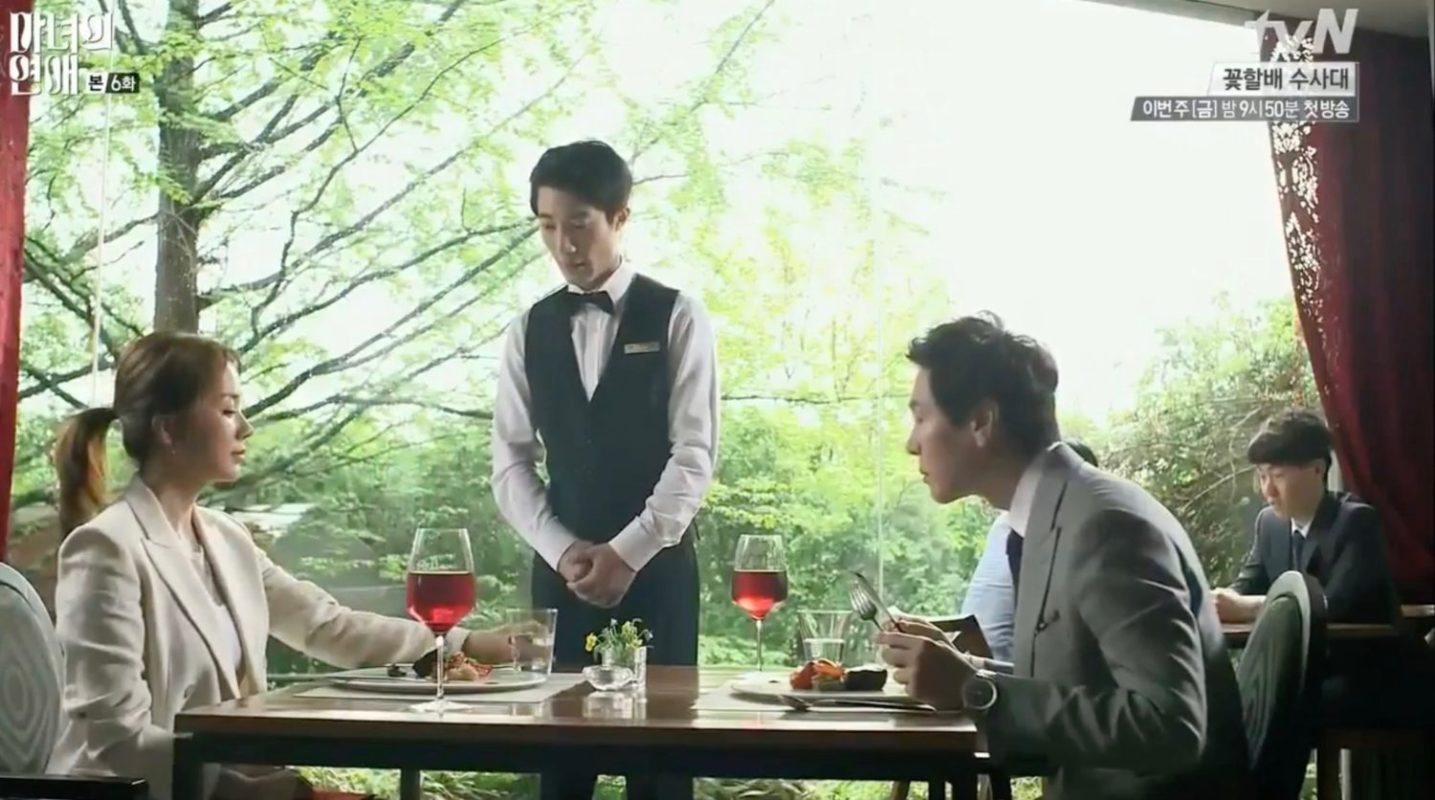 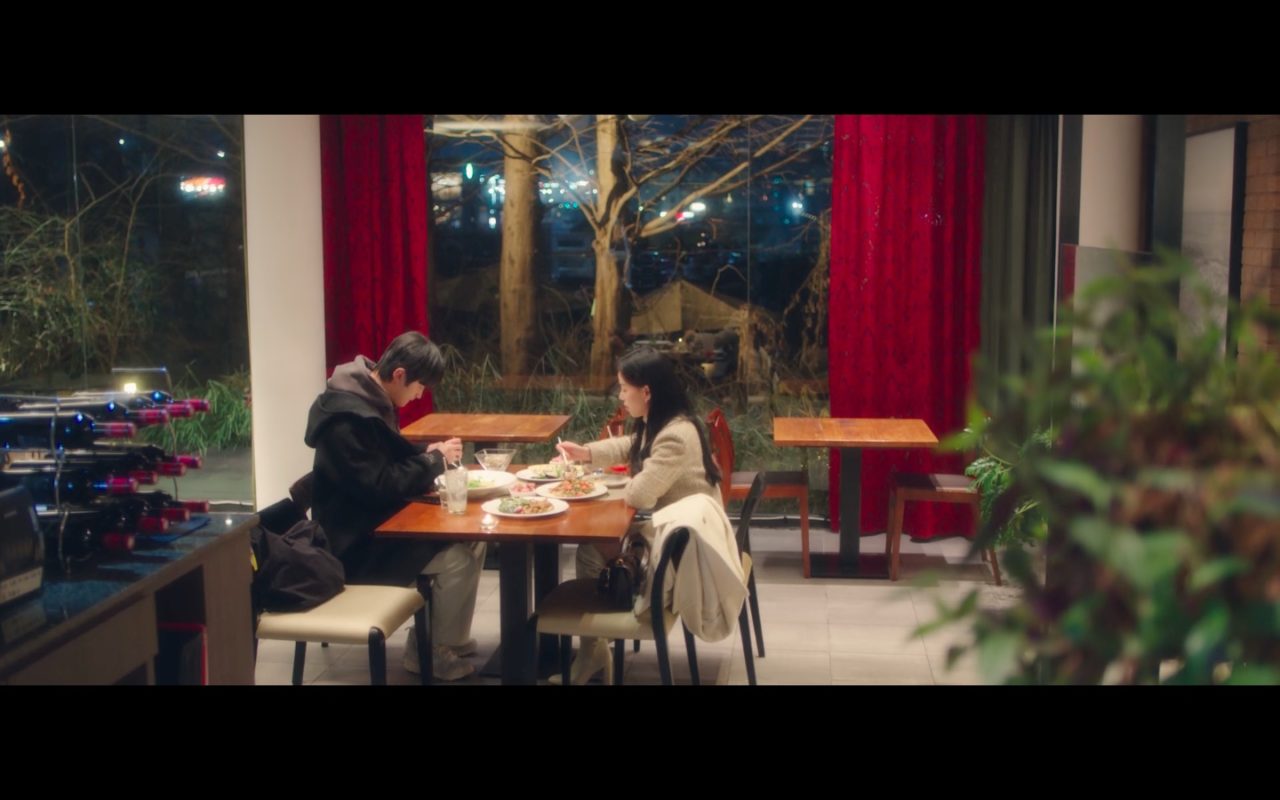 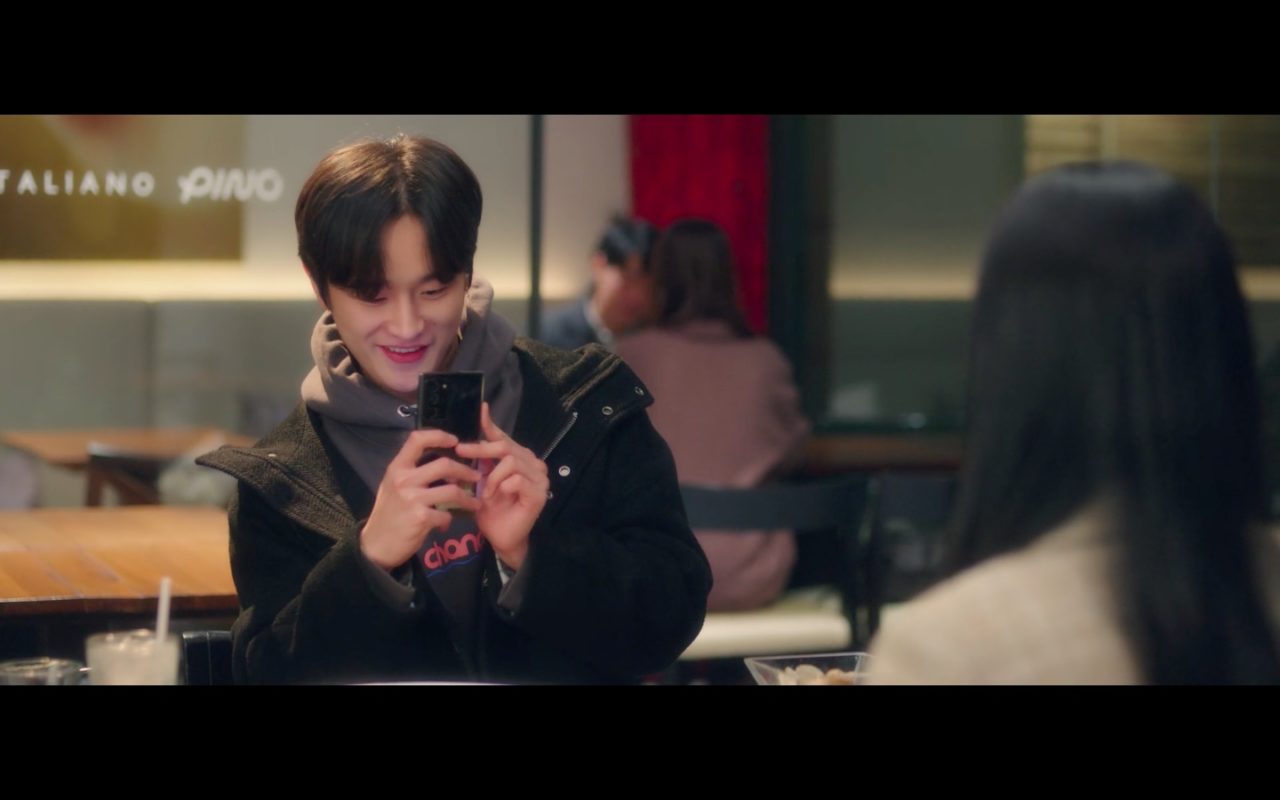 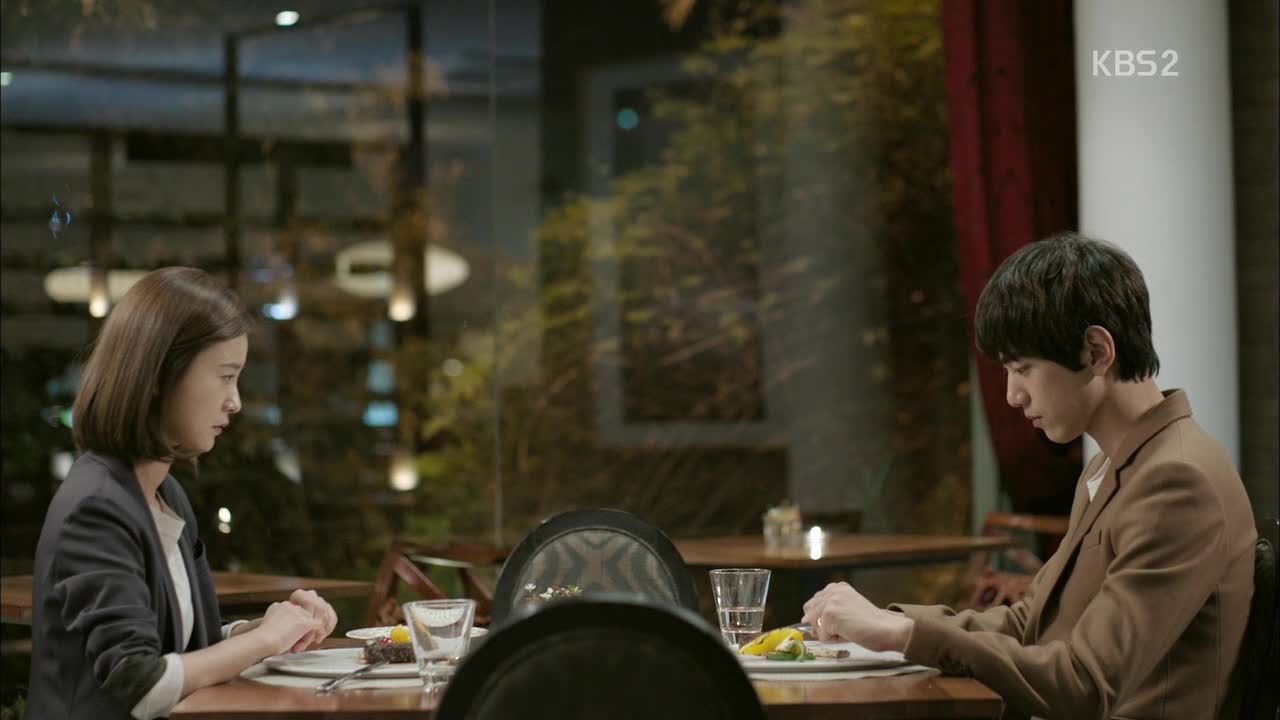 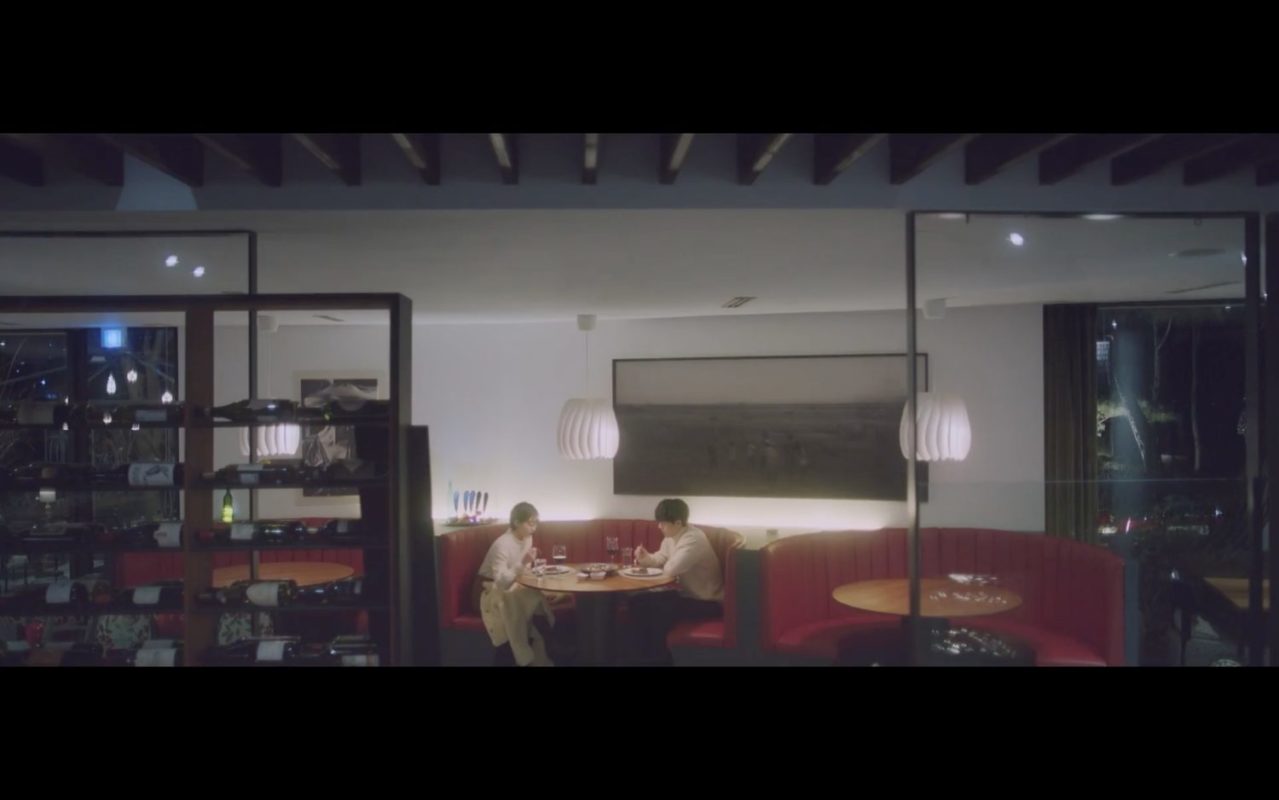 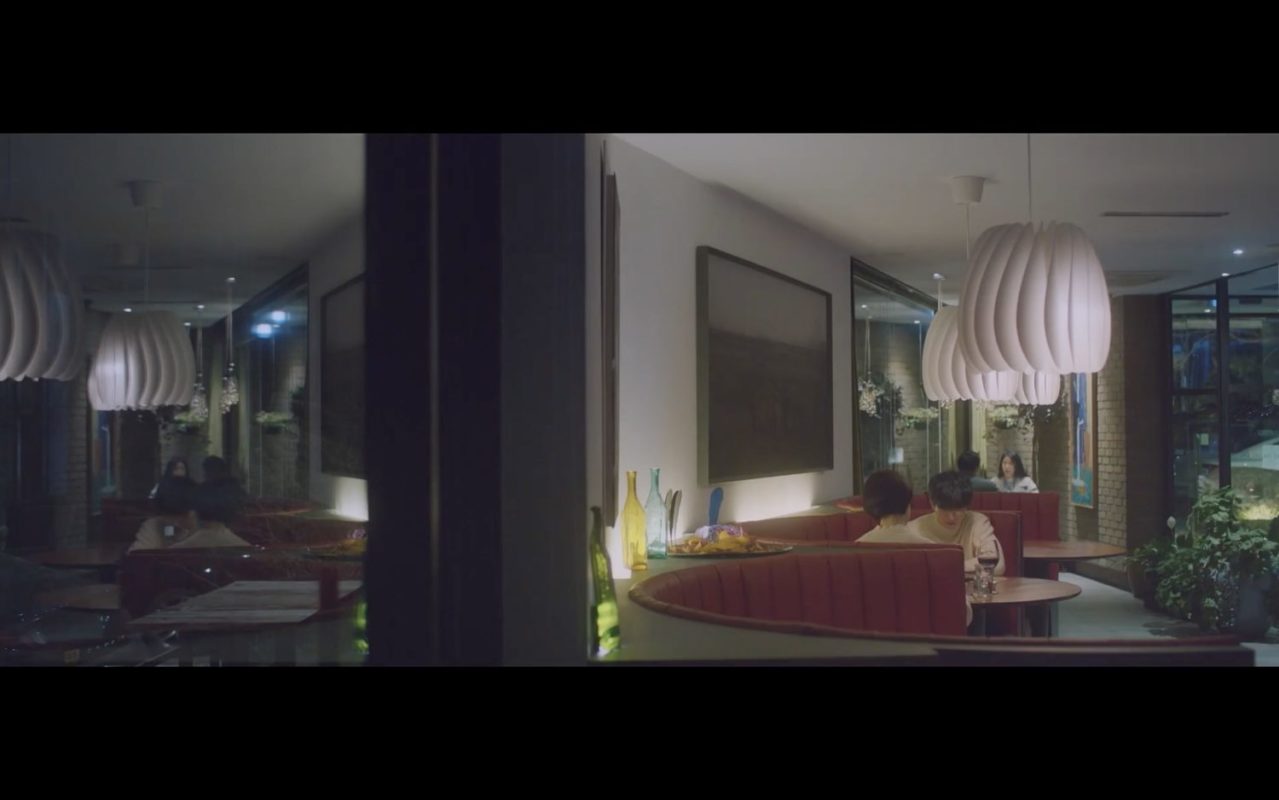 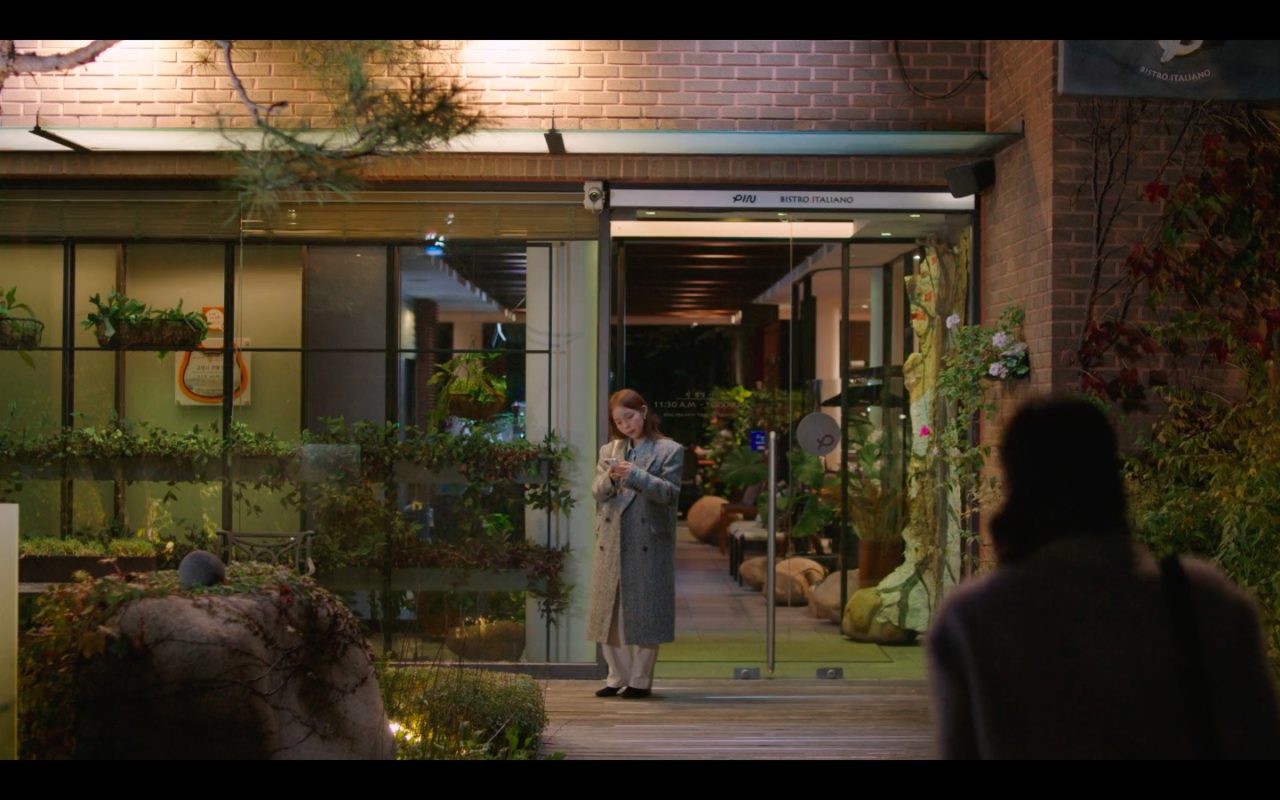 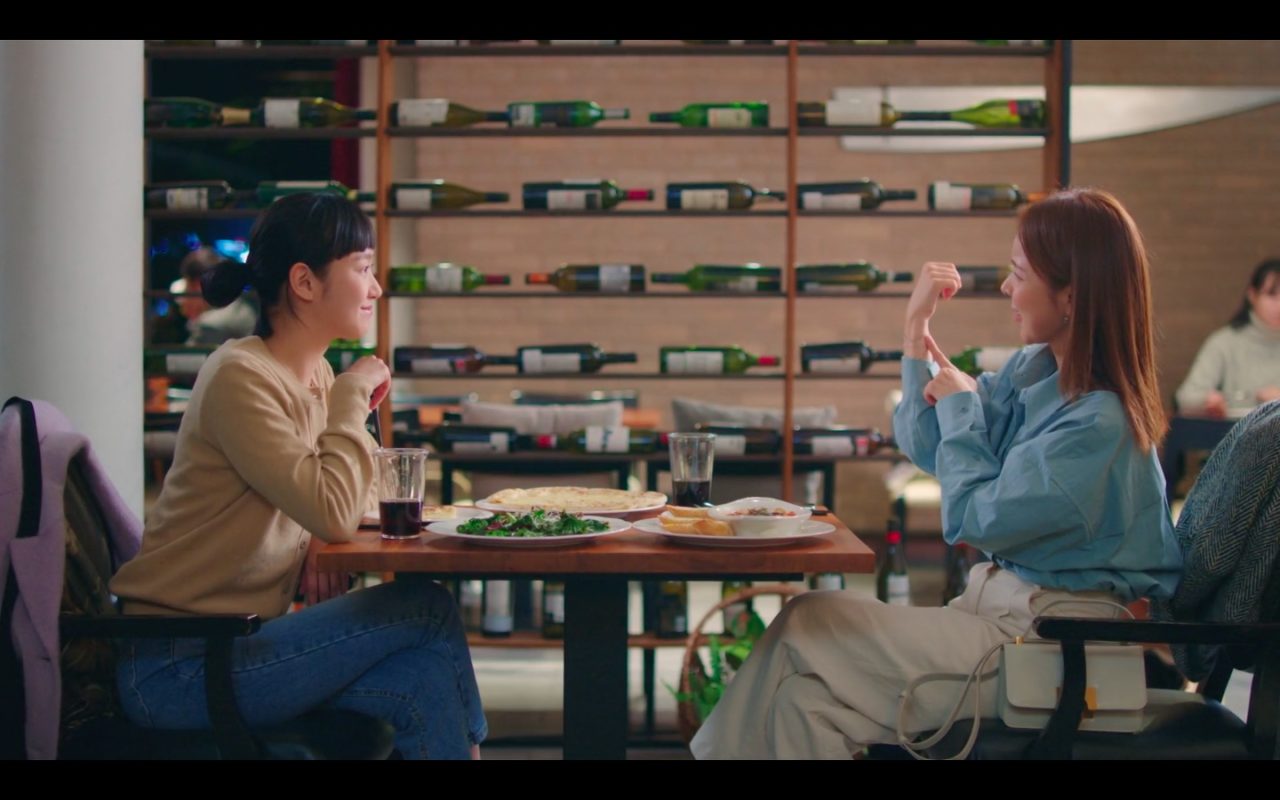 Kim Yu-mi (Kim Go-eun) catches up with an old schoolmate, Hwang Eun-i (cameo by Park Jin-joo) at this restaurant in full episode 6 of Yumi’s Cells 2 (Yumiui Sepodeul 2/유미의 세포들 2) (TVING, 2022). As the evening wears on, Yu-mi becomes more anxious as Eun-i makes her feel uncomfortable about the choice she’d made to quit her job to pursue writing.

Yook Jung-hwan (Kim Mu-jun) invites Lee Yoo-min (Seo Ji-hye) for dinner at this restaurant in episode 6 of Love All Play / The Speed Going to You 493km (너에게 가는 속도 493km) (KBS2, 2022). [SPOILER] While she had hoped to have something close to a date, he only talks about his first love as he was still in shock from recently receiving a message from her after three years of silence. Yoo-min decides to call him out and leave.

Kang Cha-yeol (Yang Byeong-yeol) invites his good friend Baek Seung-joo (Cha Min-jee) for dinner at this restaurant in episode 1 of Bravo, My Life (Eurachacha Nae Insaeng/으라차차 내 인생) (KBS1, 2022) after being discharged from the army; actually the same day when her family went bankrupt.

Do Jae-jin (Kim Do-wan) and Yang Hye-sun (Kim Han-na) come here for a meal on their date in episode 11 of My Roommate Is A Gumiho/Frightening Cohabitation (간 떨어지는 동거) (tvN, 2021), and Hye-sun notices how he takes care of her.

Jang Geun-won (Ahn Bo-hyun) has a blind date with Seo Jeong-in (cameo by Jung Yoo-min) from Sea Foods at this restaurant in episdode 6 of Itaewon Class (이태원 클라쓰) (JTBC, 2020).

Lee Soo-jin (Kim Ha-neul) comes to this restaurant in episode 1 of The Wind Blows (바람이 분다) (JTBC, 2019) and after waiting some time, she gets up an announces her husband Kwon Do-hoon (Kam Woo-sung) over the phone that she will have an affair.

Lee Dae-chan (Kim Joo-hun) asks Jang Mi-jin (Kwak Sun-young) over dinner here is she would accept to date him in episode 12 of Encounter/Boyfriend (남자친구) (tvN, 2018-19) and she accepts even though she is later embarrassed by his car.

Eun Chae-A (Hwang Seung-Un) brings her ‘friend’ Shin Min-Seok (Kim Joon-Han) here to a lunch business dinner with a friend of her dad in episode 12 of Time (시간) (MBC, 2018). When leaving, she hands Min-Seok a gift in a box that looks like it is a watch but in fact it holds his blood tainted necktie as he finds out later.

Lee Hwa-shin (Cho Jung-seok) and his mother go to eat here in episode 18 of Jealousy Incarnate (질투의 화신) (SBS, 2016) – unknowing that Pyo Na-ri (Gong Hyo-jin) is also there having lunch with Ko Jung-Won (Go Kyung-pyo) and his mother Kim Tae-ra (Choi Hwa-jung), which becomes quite awkward once everyone (except the two mothers) realizes the situation.

Choi Se-hoon (Jung Il-woo) brings Yoo Yi-ryeong (Jin Se-yeon) for a meal at this restaurant in episode 13 of High-End Crush (고품격 짝사랑) (MBN, 2015-16) and tries to put in practice all the dating tips given by Department Head Heo (Lee Si-eon) — which unfortunately, don’t quite seem to work out.

Ban Ji-yeon (Uhm Jung-hwa) has two blind dates set up by a mother at this restaurant in episode 6 of A Witch’s Love/Witch’s Romance (마녀의 연애) (tvN, 2014).

Nam Ha-jin (Sung Joon) has dinner with Han Yeo-reum (Jung Yu-mi) at this restaurant in episode 15 of Discovery of Love/Discovery of Romance (연애의 발견) (KBS2, 2014).

Pino Bistro Italiano [피노 이탈리안 레스토랑] — also stylized as and shorted to pino [피노]— is an Italian restaurant that was opened in Fall 2011 by sculpture artist couple Kim Hee-sung (김희성/金熙成) and Bae Sun-kyo (배순교) in the artists’ original studio where they worked since 1995. In 2016, the gallery space ‘Pino Premium’ on the second floor of the restaurant was opened and around the same time, the couple also opened cafe and dining bar Anigol [카페 애니골] just next door.

The restaurant’s name translates to “pine” from Italian and was chosen because the artist space turned gallery restaurant was already surrounded with pine trees that the couple had planted when it was still their artists’ space.