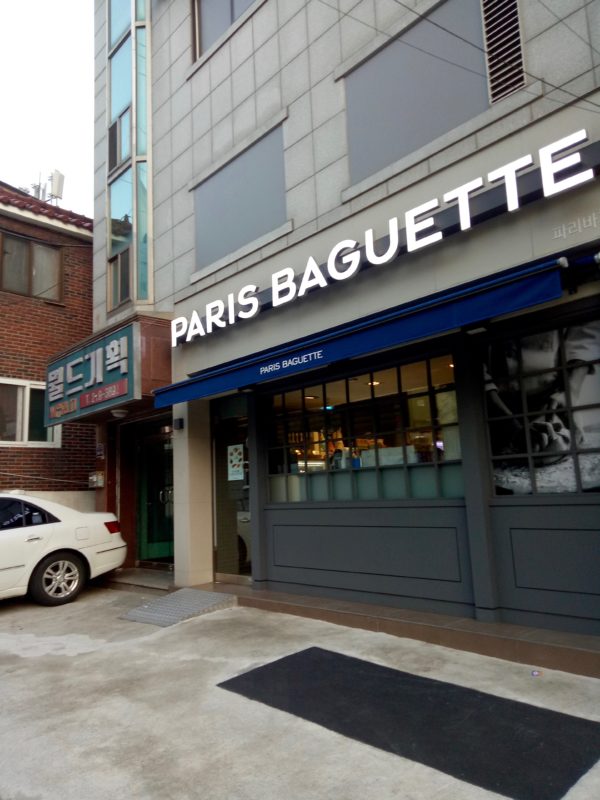 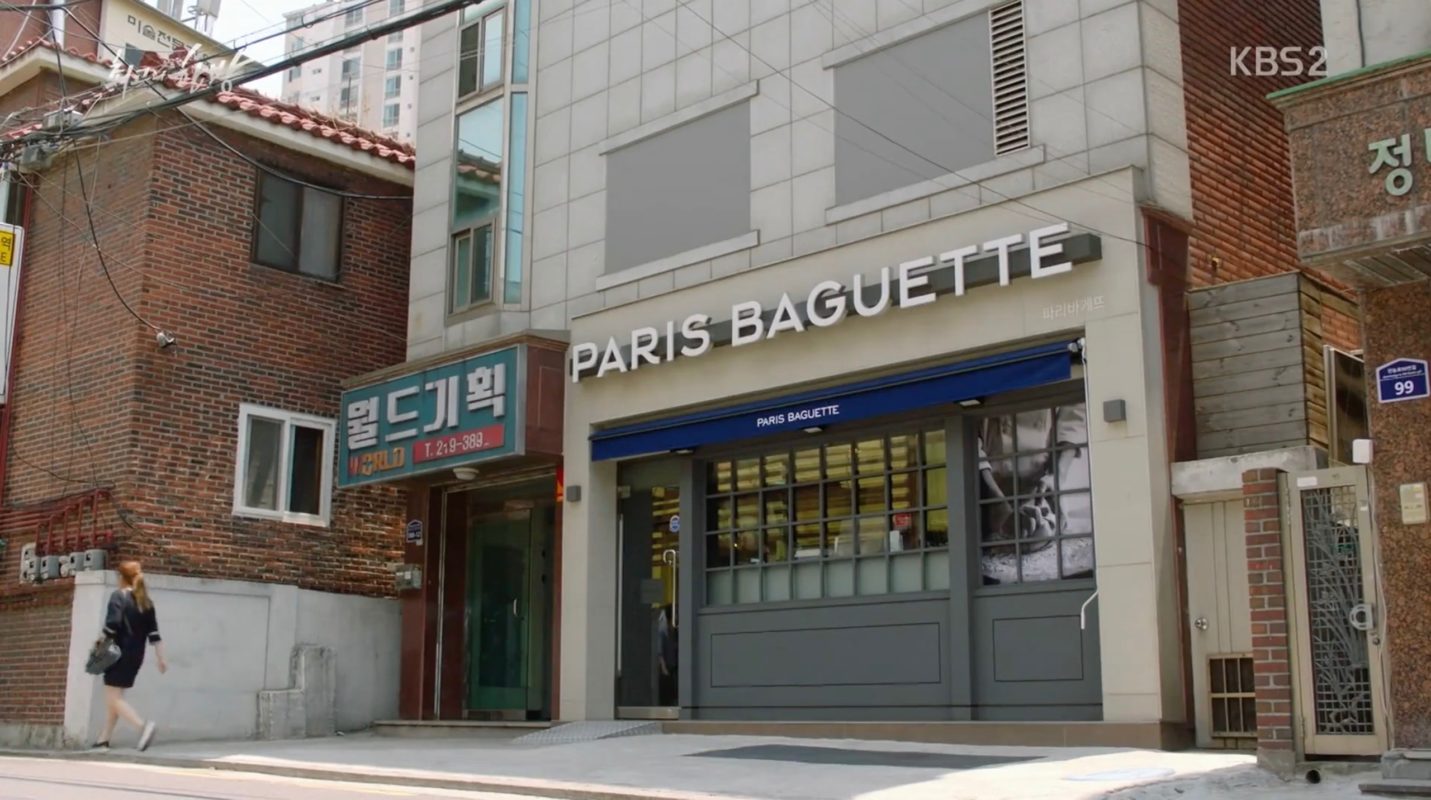 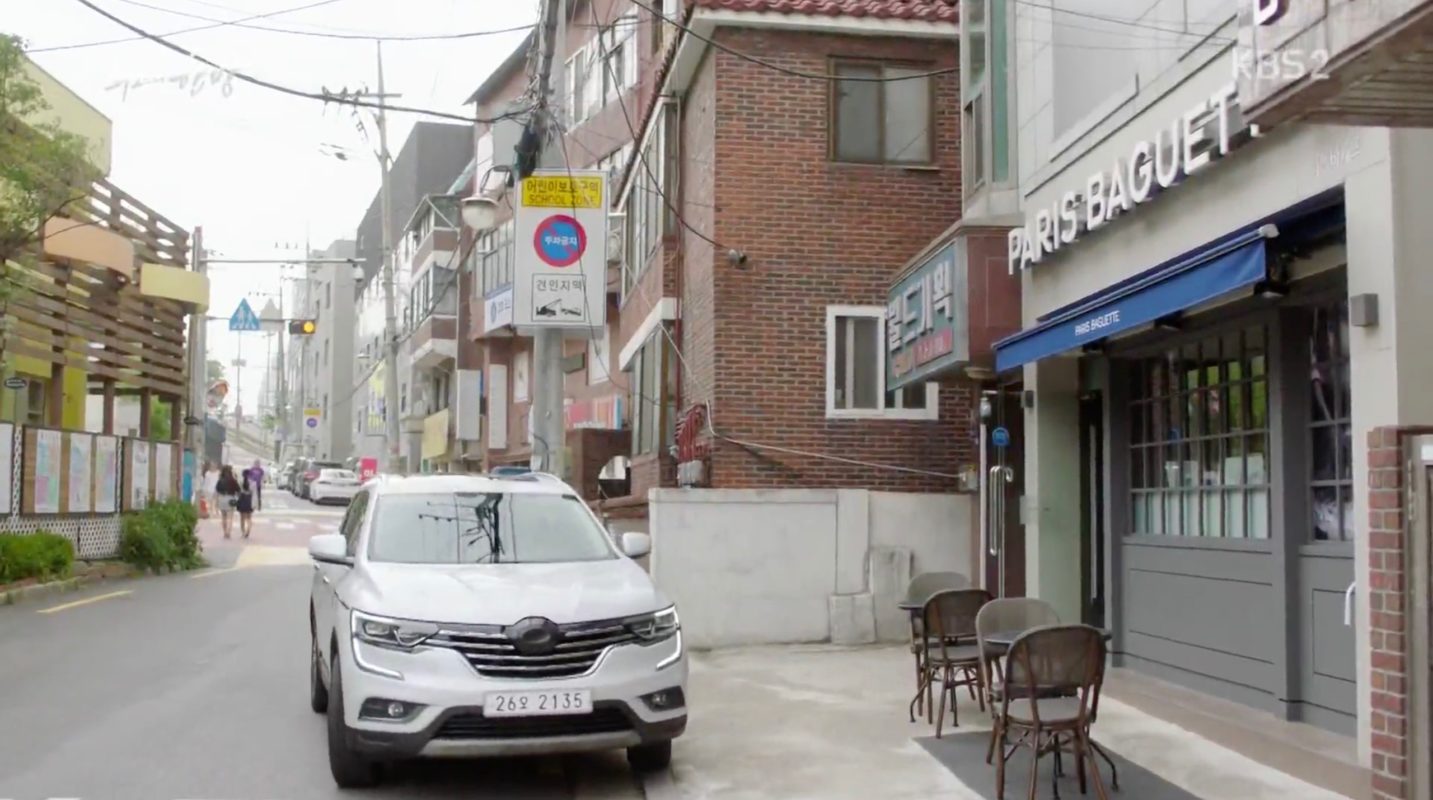 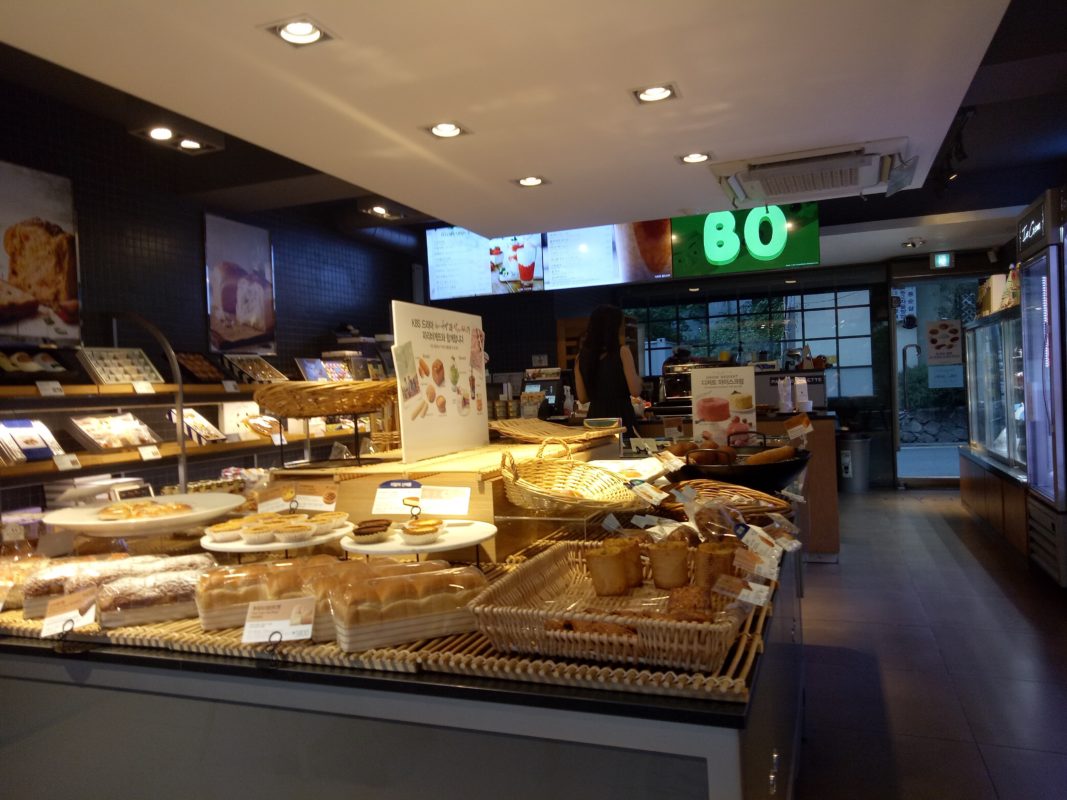 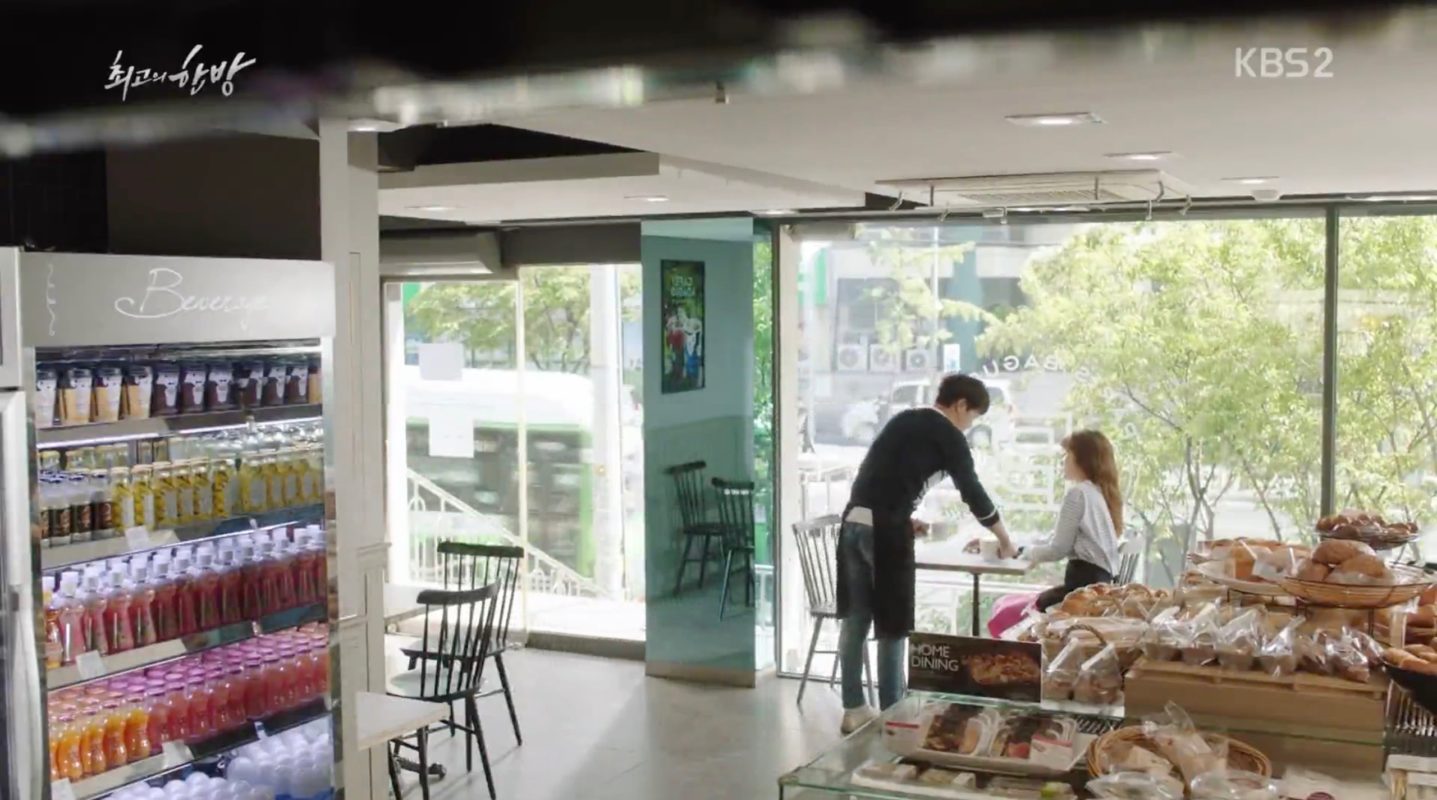 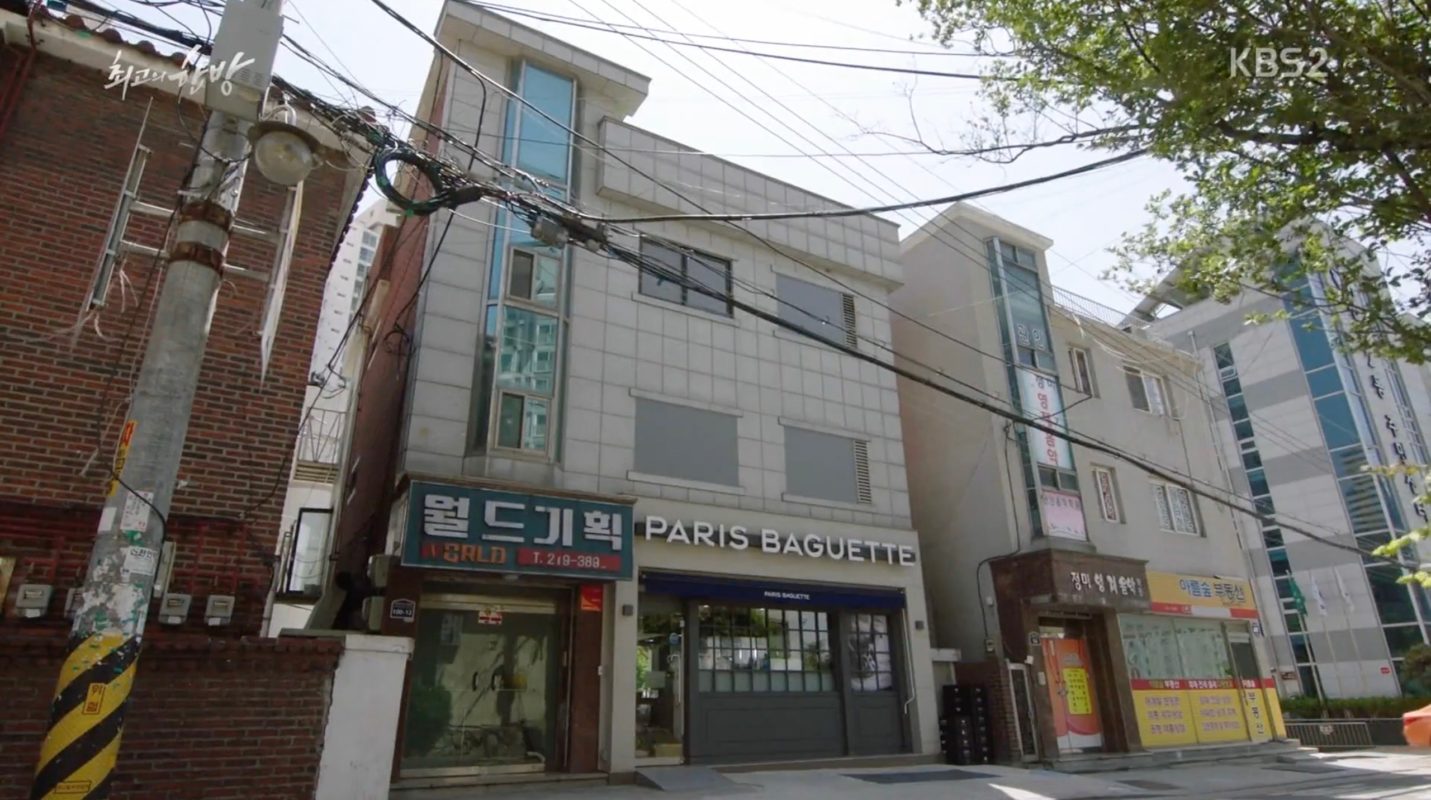 This is the Paris Baguette branch central to KBS2 The Best Hit (최고의 한방) (2017), with World Entertainment is located in the building right next to it. It is run by ex-starlet, Hong Bo-Hee (Yoon Son-Ha) and her son Lee Ji-Hoon (Kim Min-Jae) works here part-time and anyhow, everyone hangs out around here.

This branch of Paris Baguette [파리바게뜨 전농삼성점] is located at Jeonnong-ro 16-gil in Seoul’s neighborhood Jeonnong-dong [전농동] in the Dongdaemun District [Dongdaemun-gu/동대문구]. The building that figures as “World Entertainment” is located at the back entry.