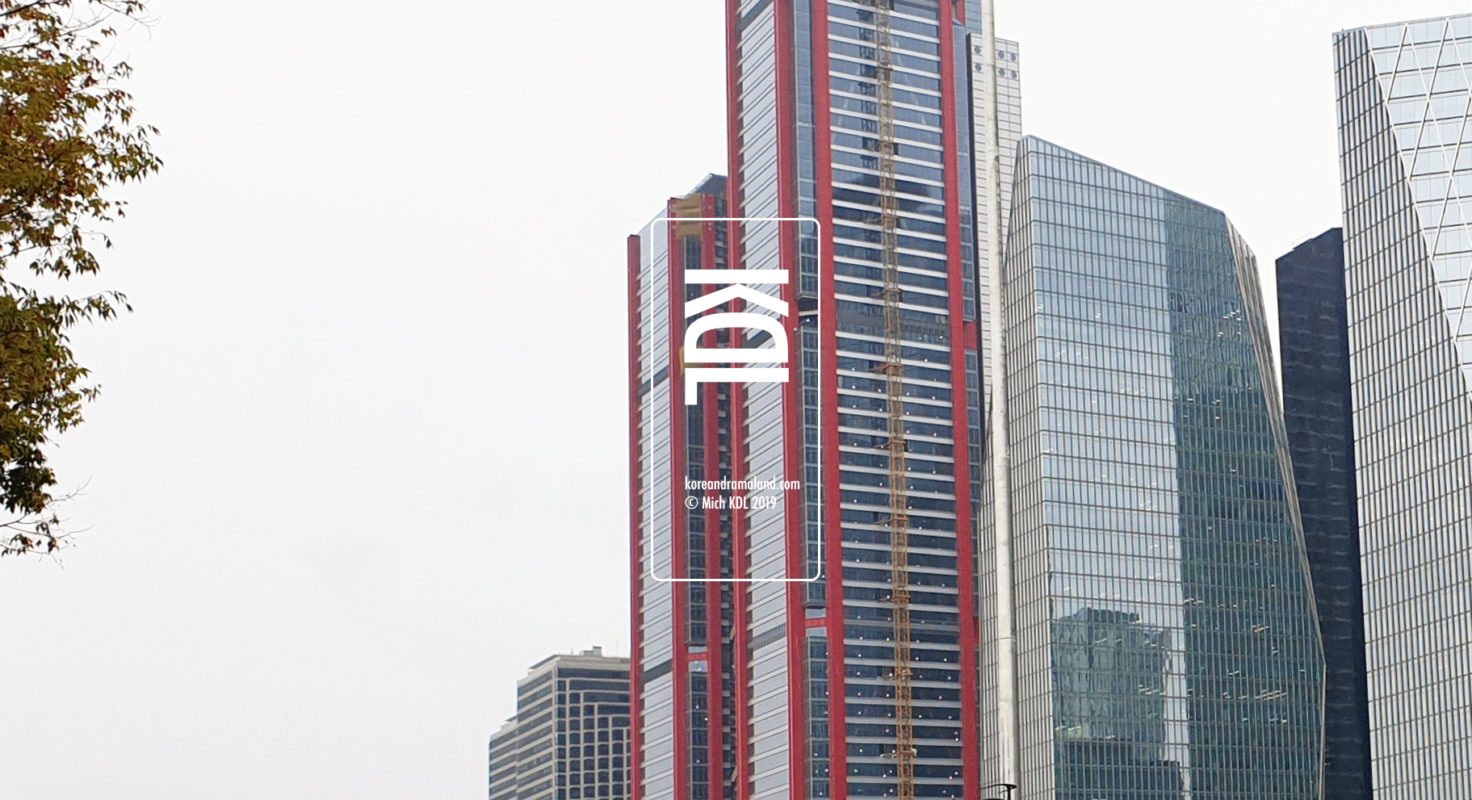 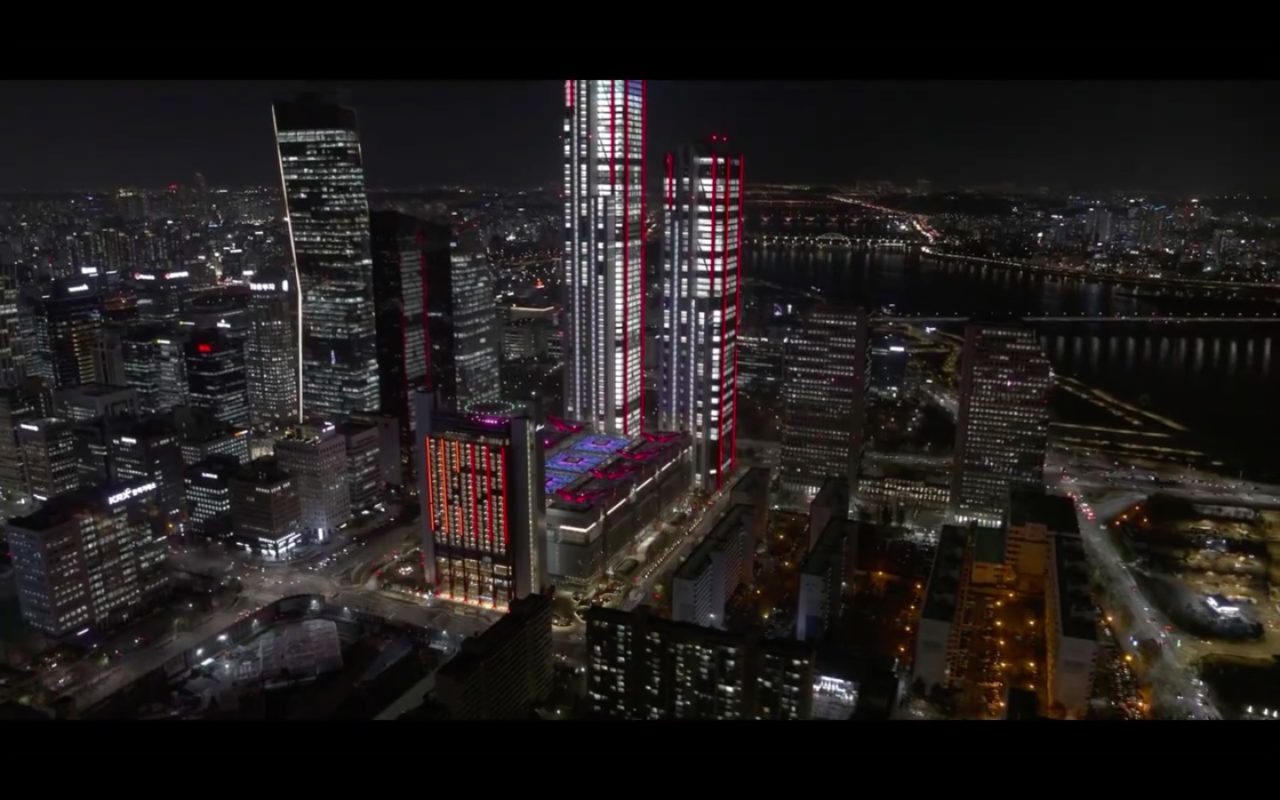 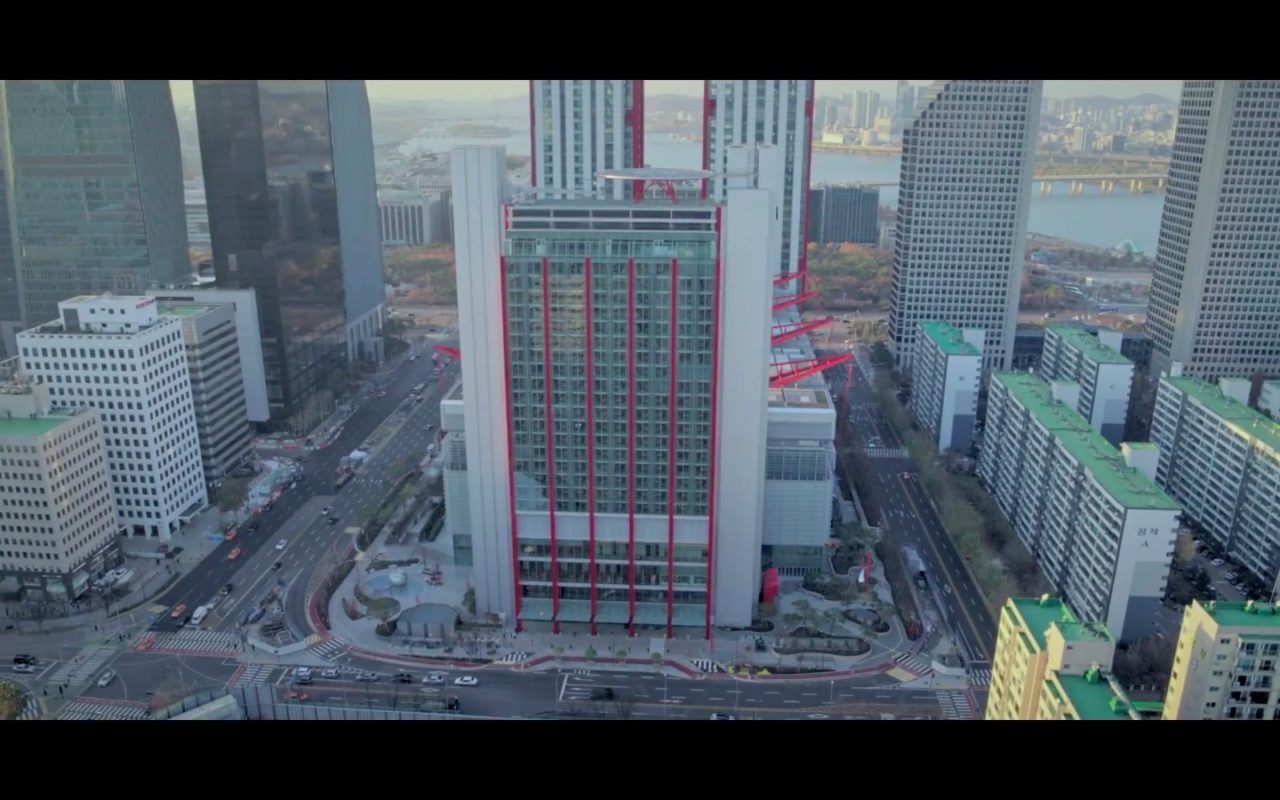 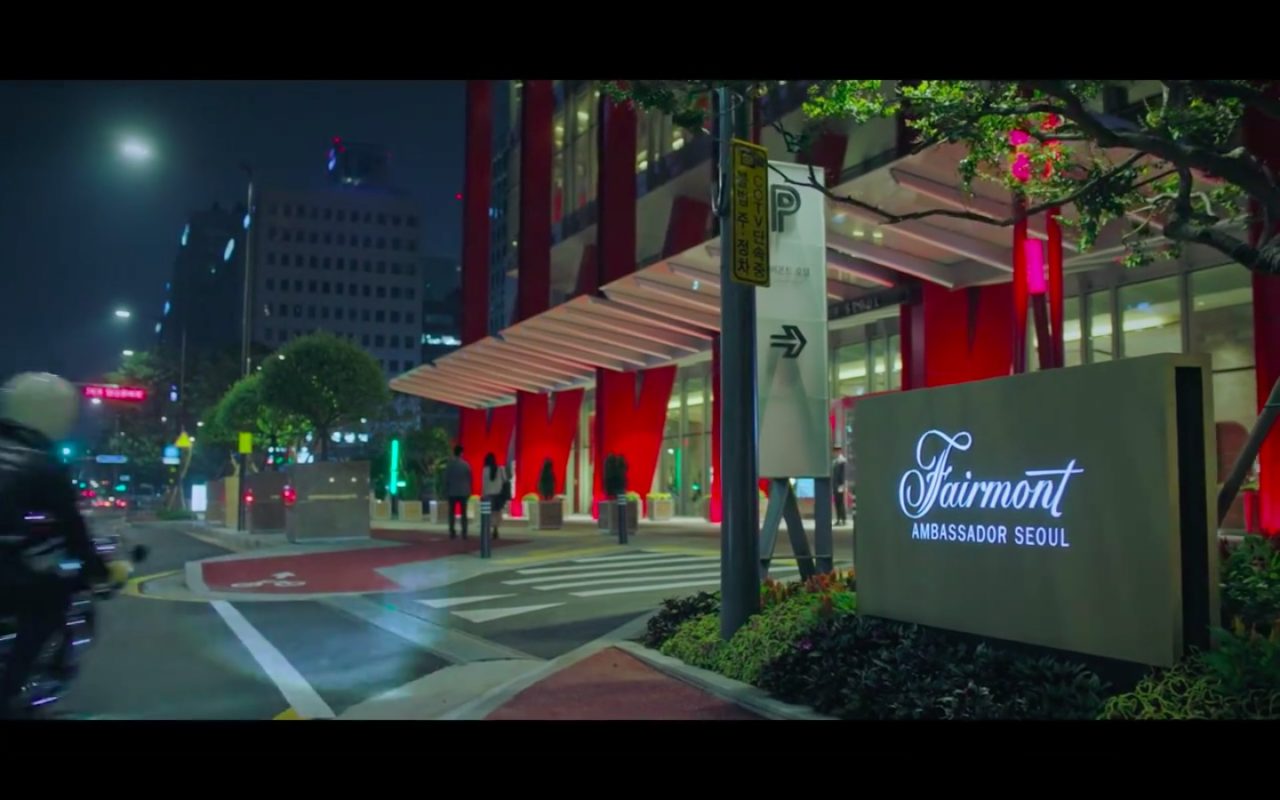 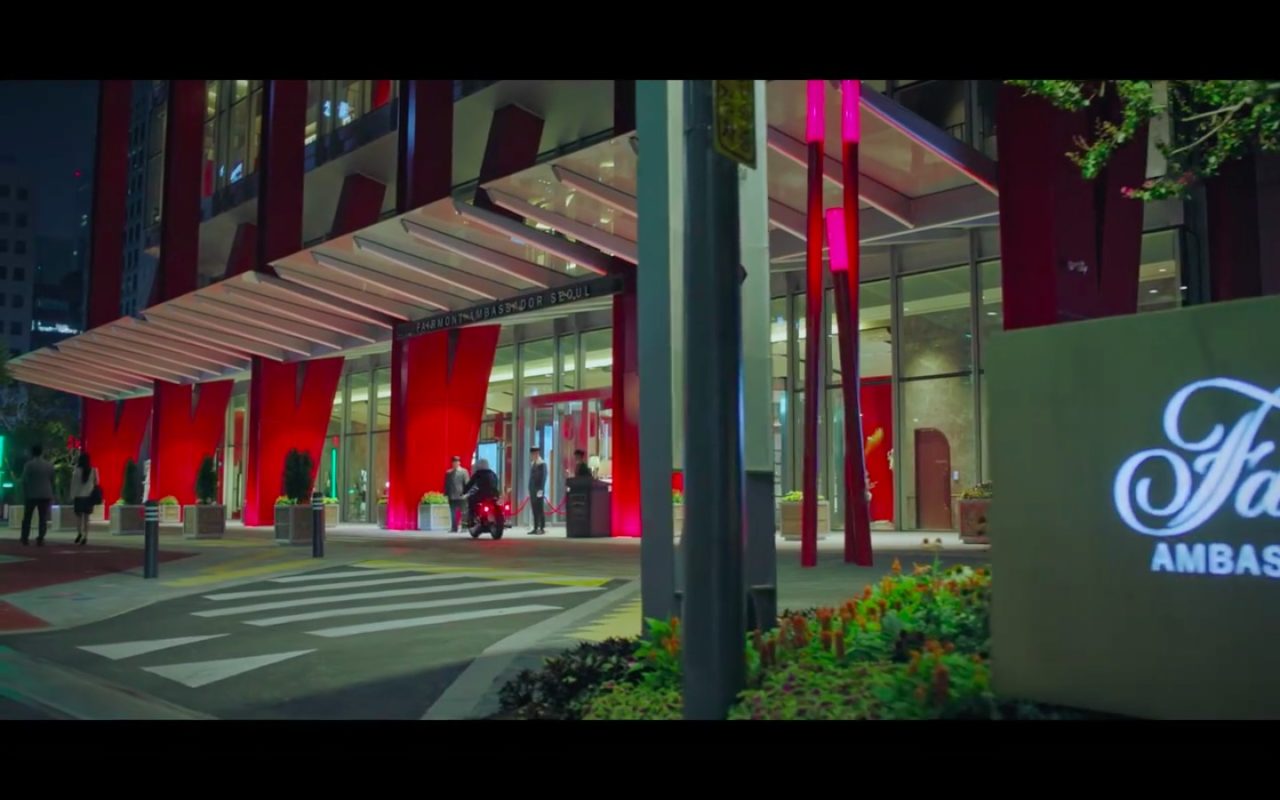 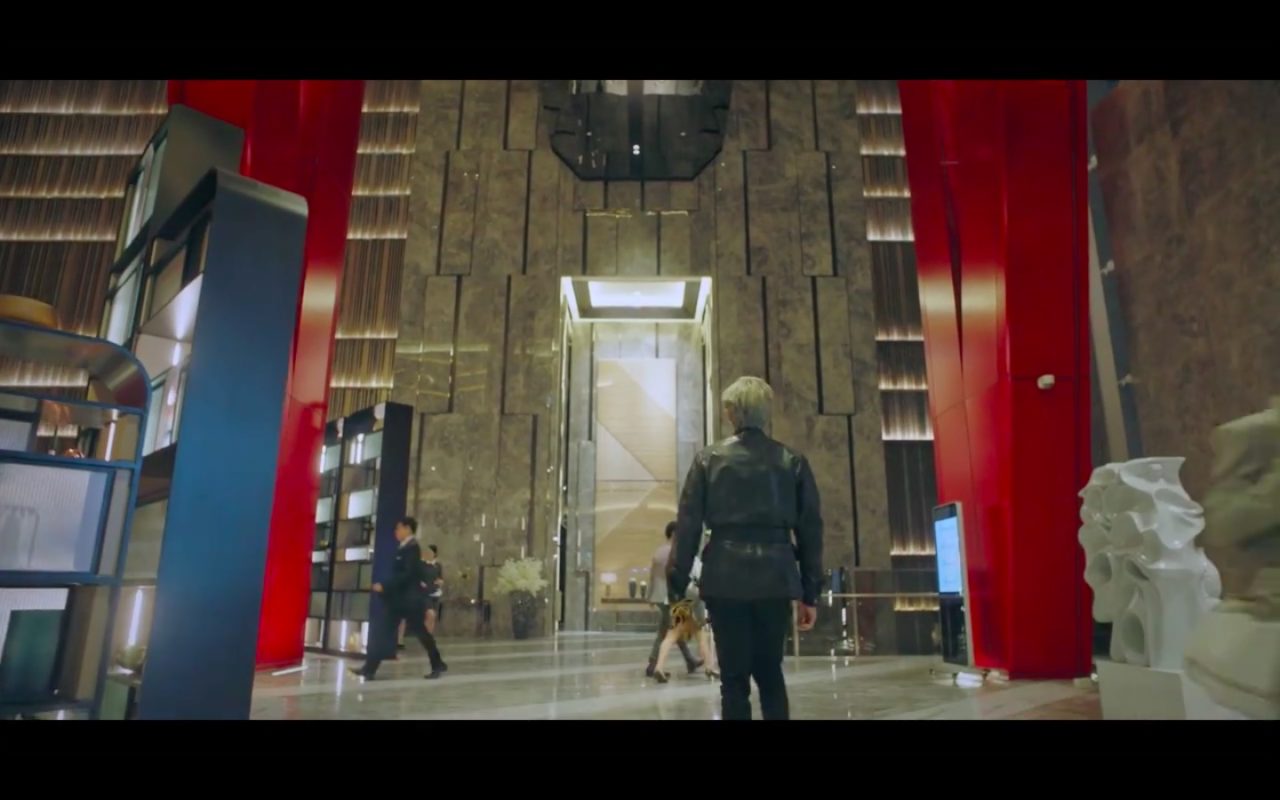 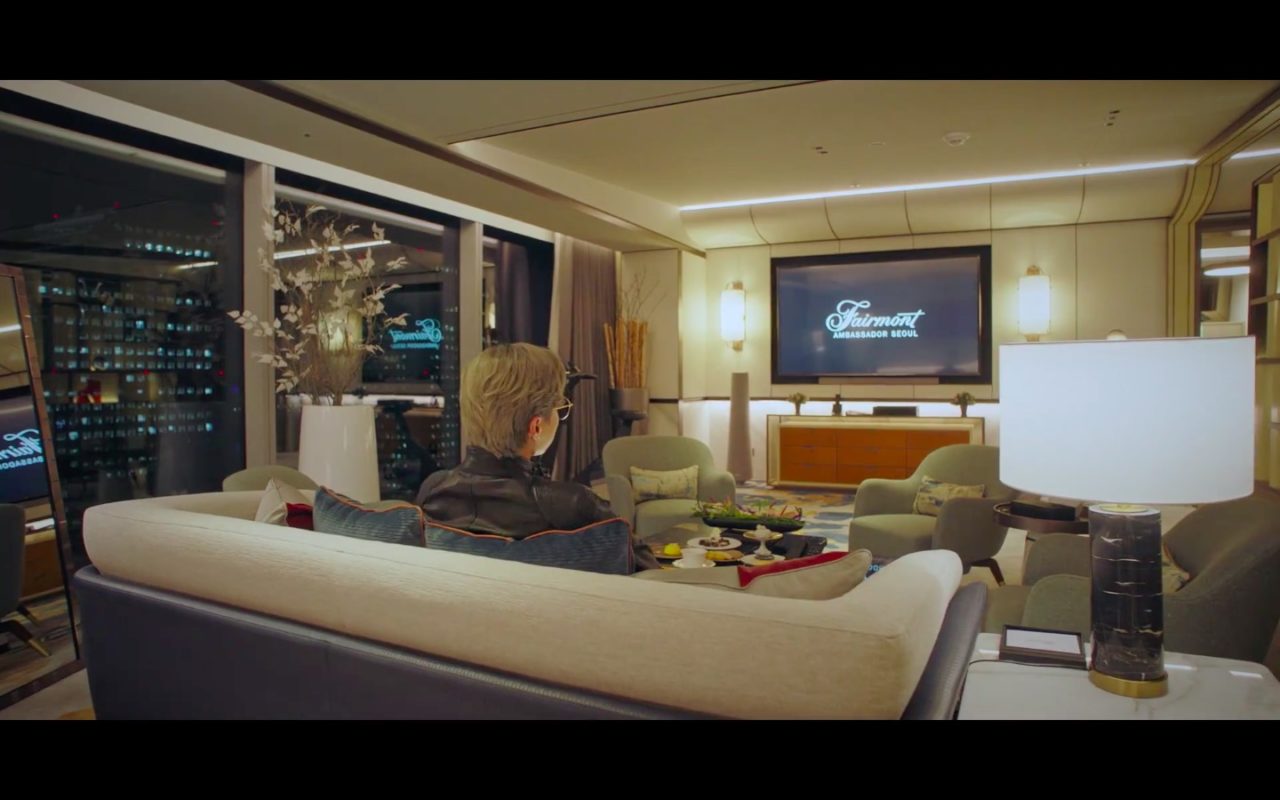 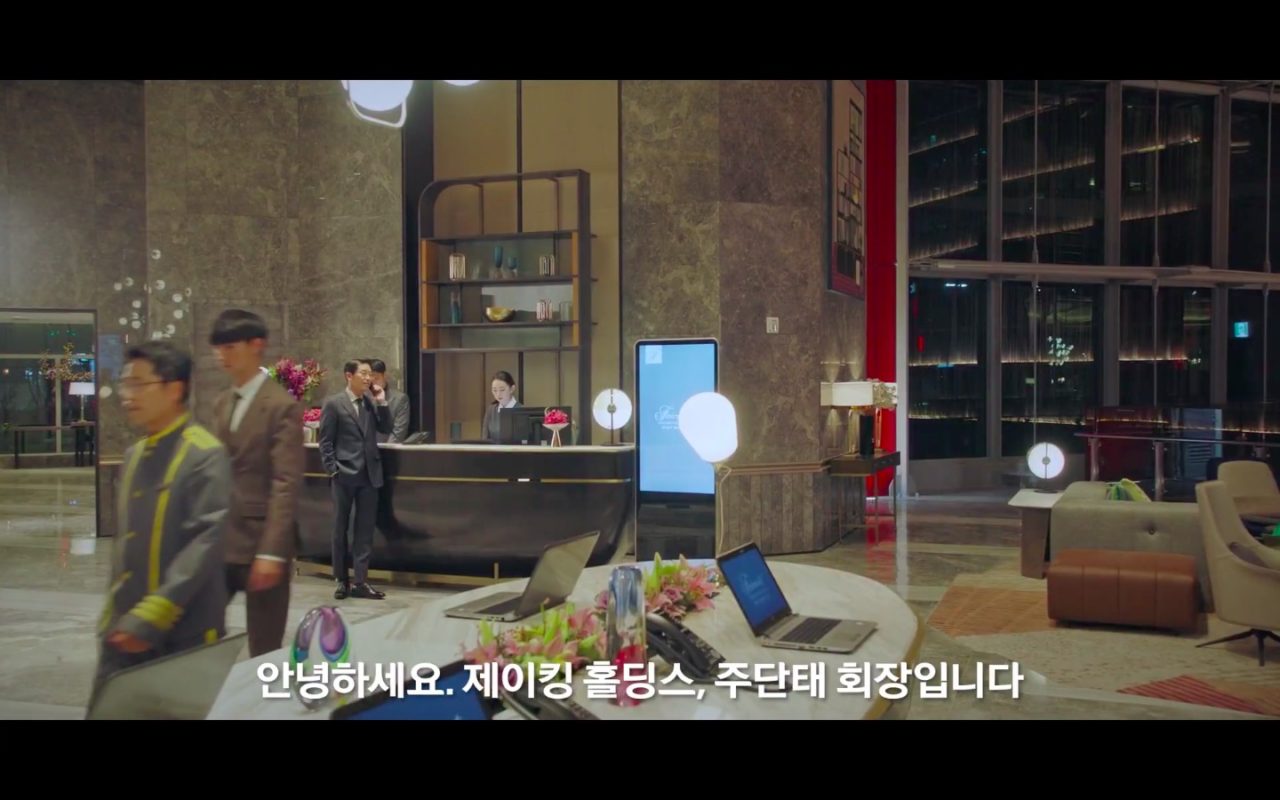 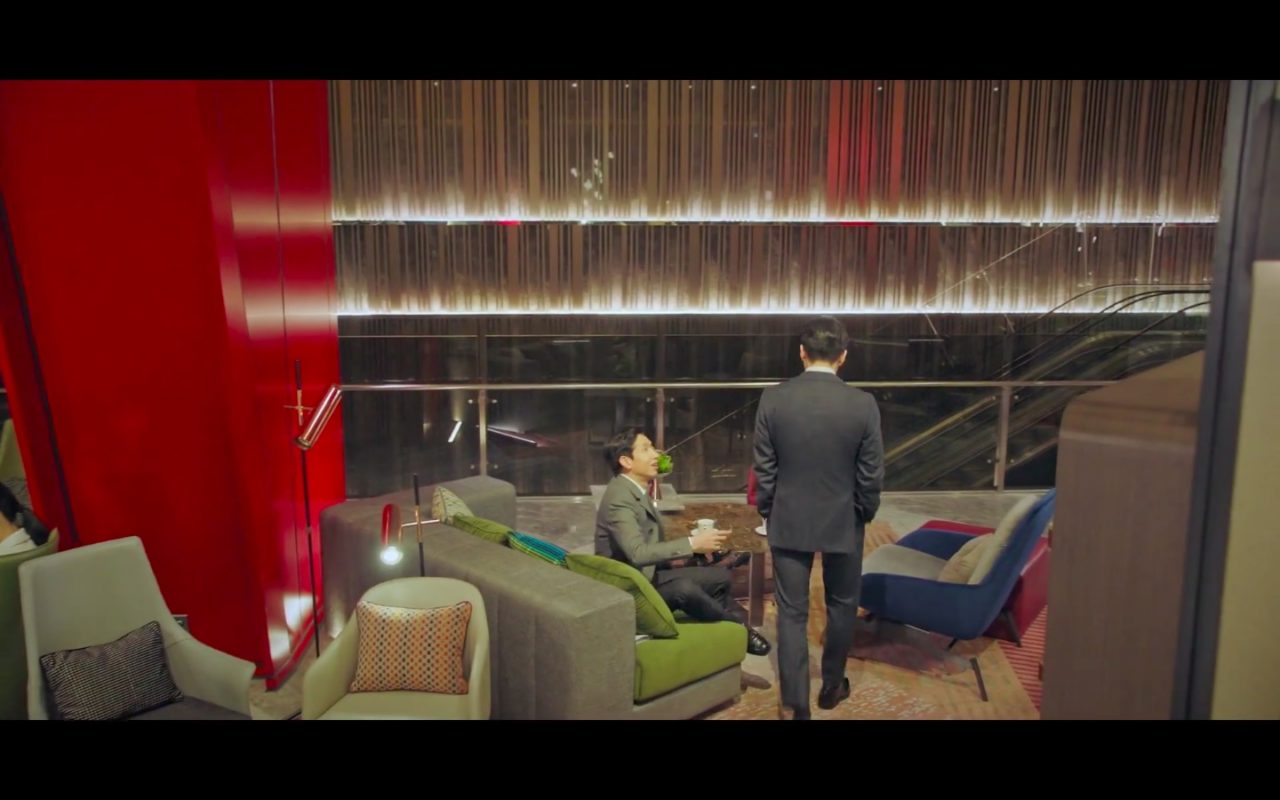 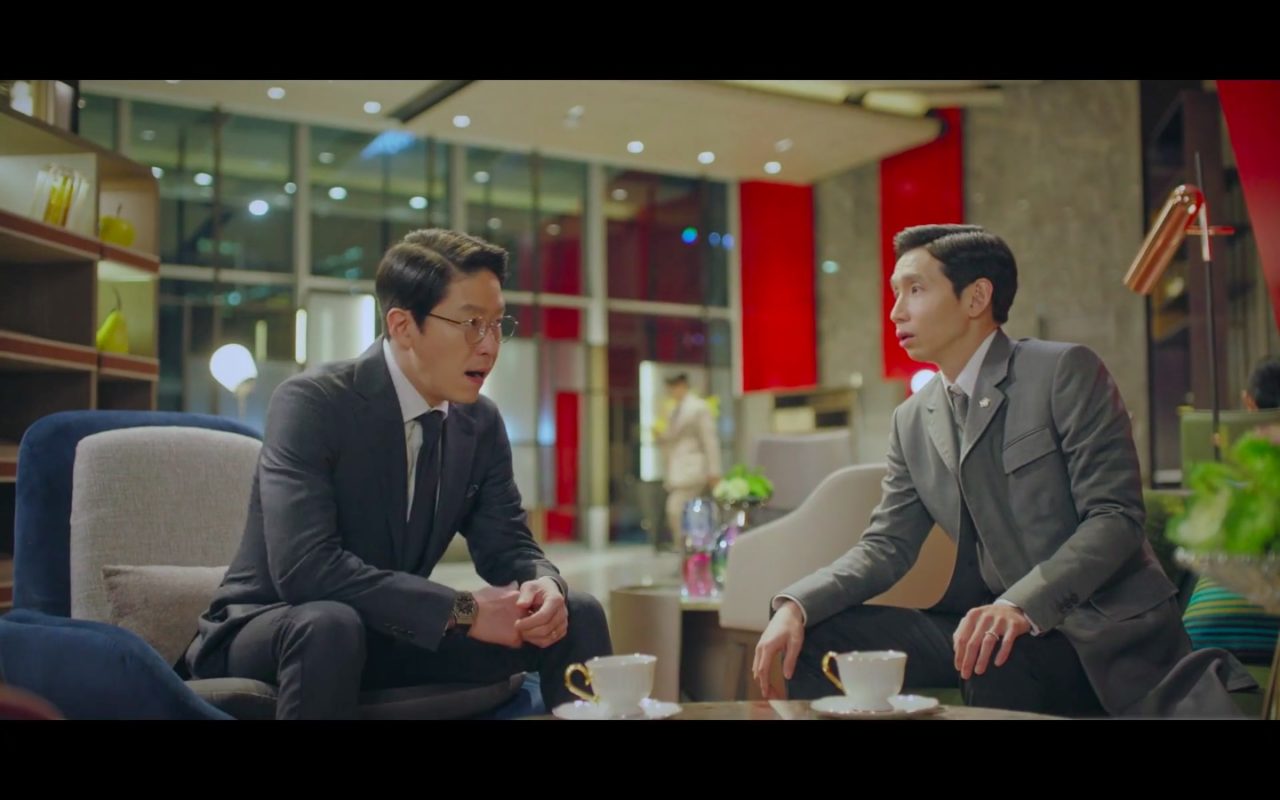 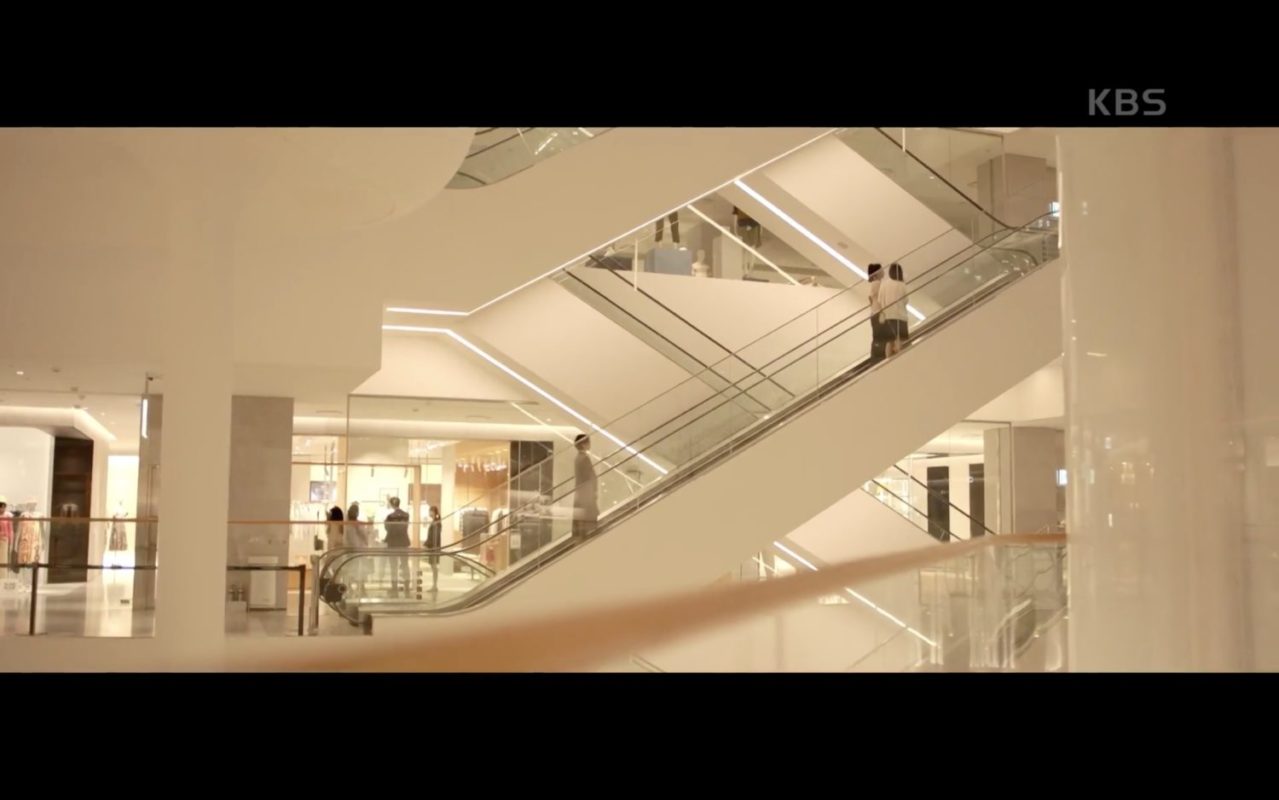 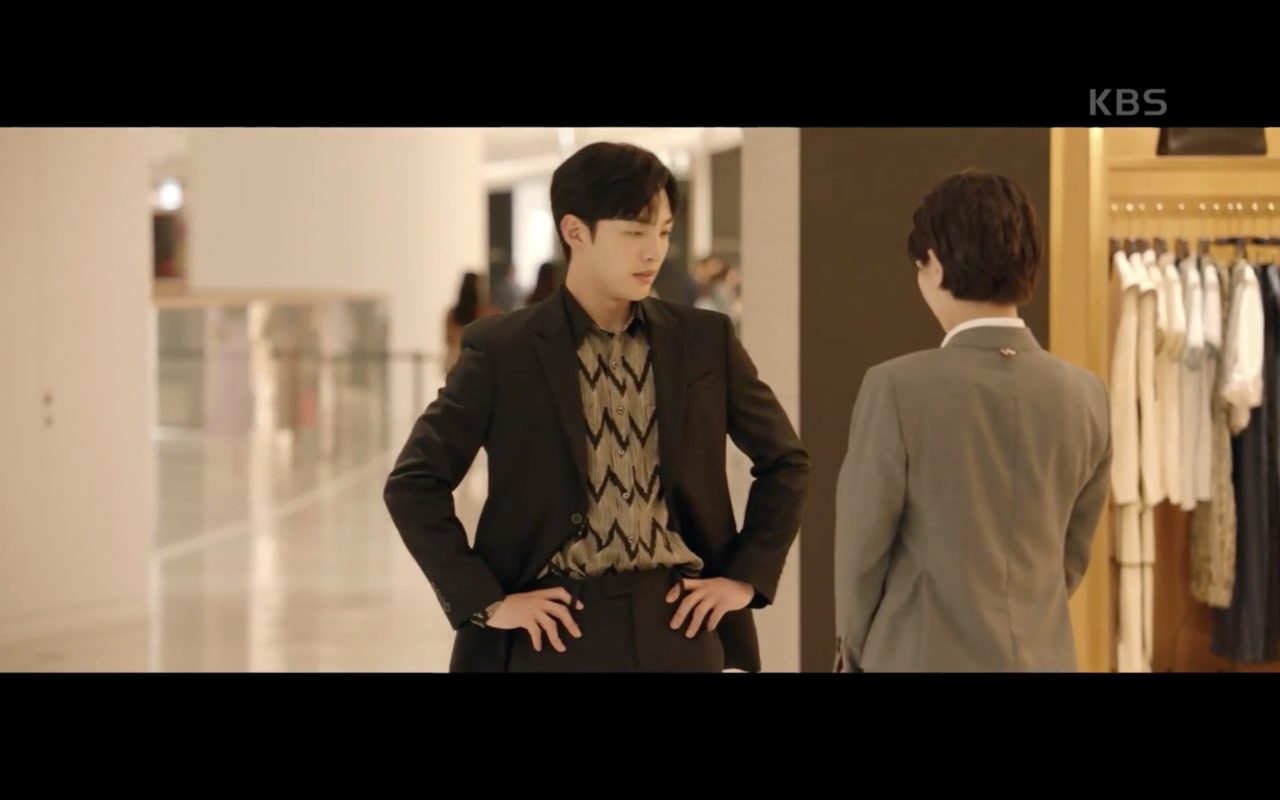 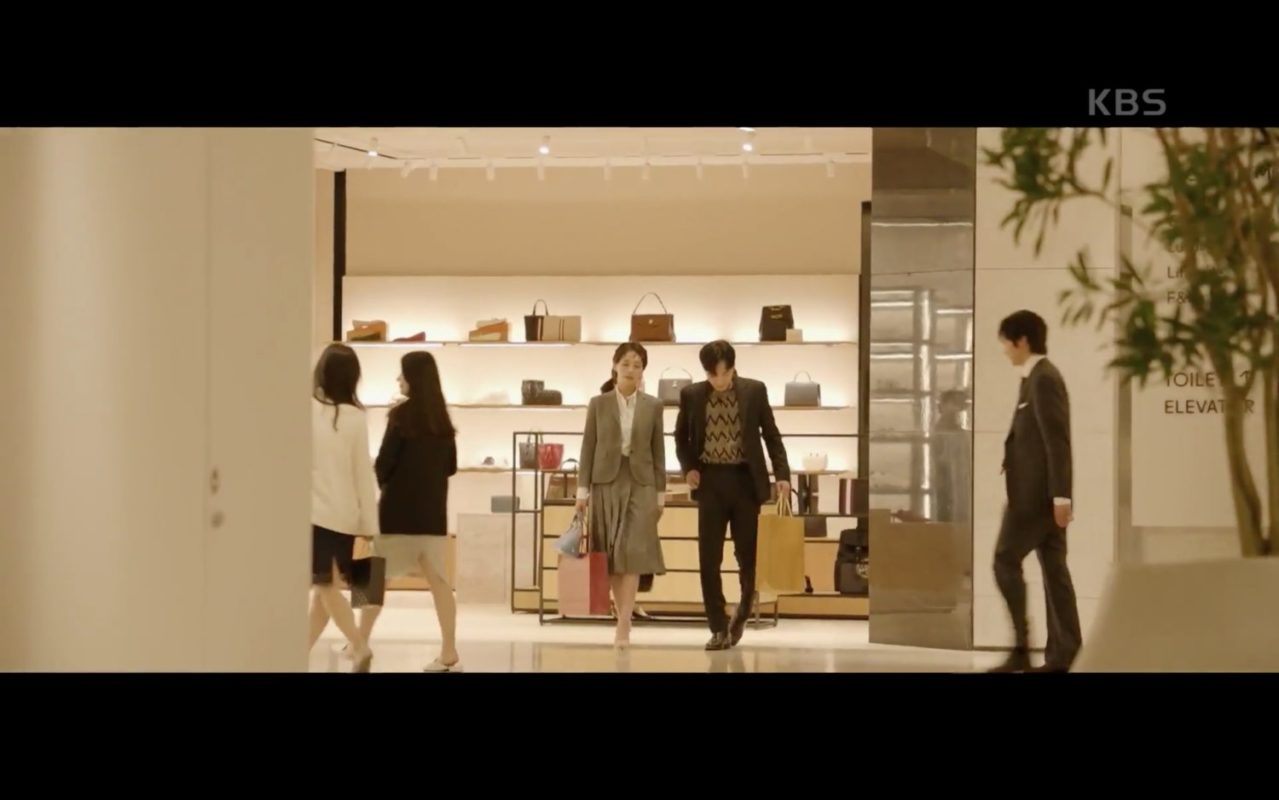 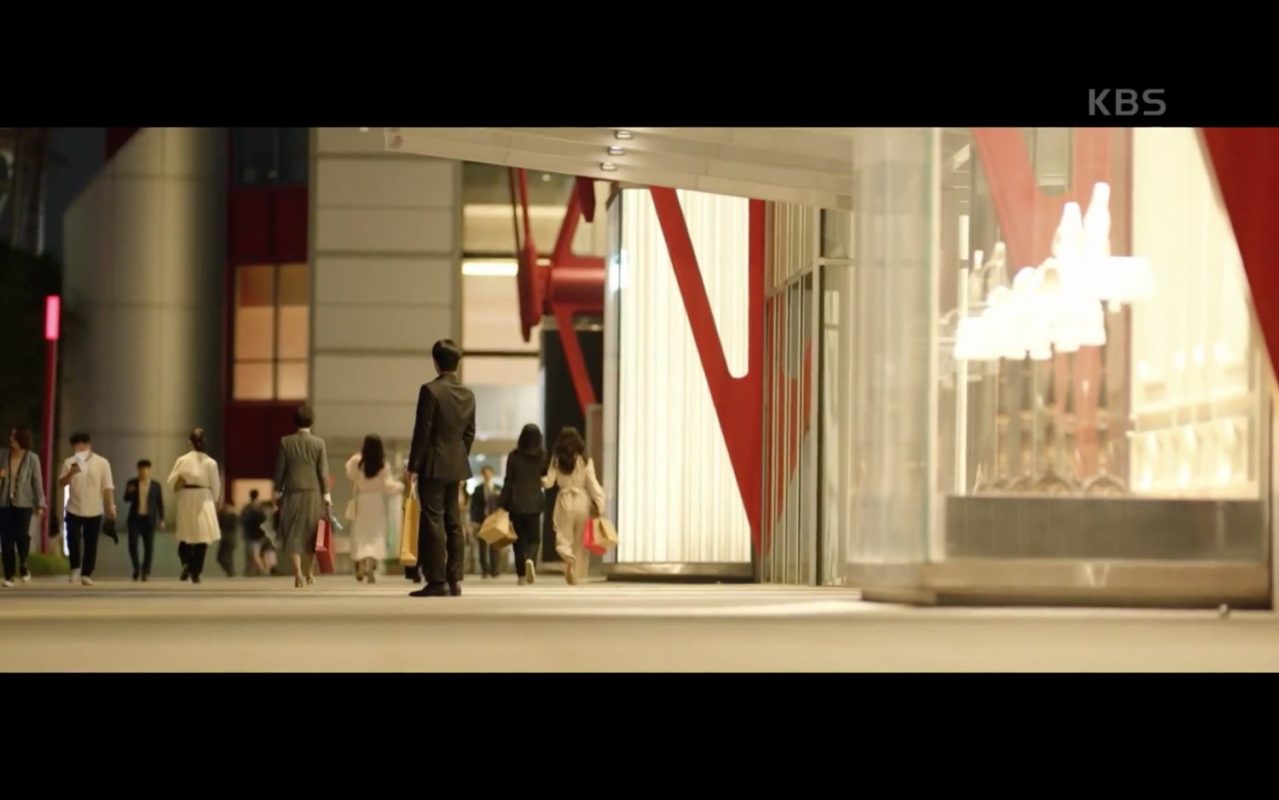 Cheon Seo-jin (Kim So-yeon) holds her fan meet and press conference at this hotel’s lobby in episode 3 of Penthouse 2/The Penthouse: War in Life Season 2 (펜트하우스 2) (SBS, 2021), and is shaken when Oh Yoon-hee (Eugene) appears, instigating her to sing in person for all in attendance.

Joo Dan-tae (Uhm Ki-joon), accompanied by Lee Kyu-jin (Bong Tae-gyu) attempts to meet Korean-American investor Logan Lee at his hotel in episode 10 of Penthouse S1/The Penthouse: War in Life Season 1 (펜트하우스) (SBS, 2020-21), to discuss potential plans for a Myeong-dong Shopping Street. Logan, however, declines to meet him. The hotel is seen again in episode 11 when Logan shreds the proposal documents he received from Dan-tae.

Kim Dal-ri (Park Gyu-young) comes to this store to get new shoes and Jin Moo-hak (Kim Min-jae) tags along in episode 3 of Dali and Cocky Prince/Dal-ri and Gamja-tang (달리와 감자탕) (KBS2, 2021). [Possible Spoiler] When both of her credit cards don’t work, Jang Tae-jin (Kwon Yool), Dal-ri’s ex-fiancé, all of a sudden sweeps in — apparently the CEO of this store — and proposes to pay. Dali declines and pleads with Moo-hak instead to pay her shoes.

The buildings, designed by Italian-British architect Lord Richard Rogers, were intended to “create value” by integrating harmoniously with its surroundings, while “revamp[ing] the image of Yeouido”, where it’s located. The overall construction of this complex started in June 2007 and was completed in July 2020 with a construction halt between 2010-11.