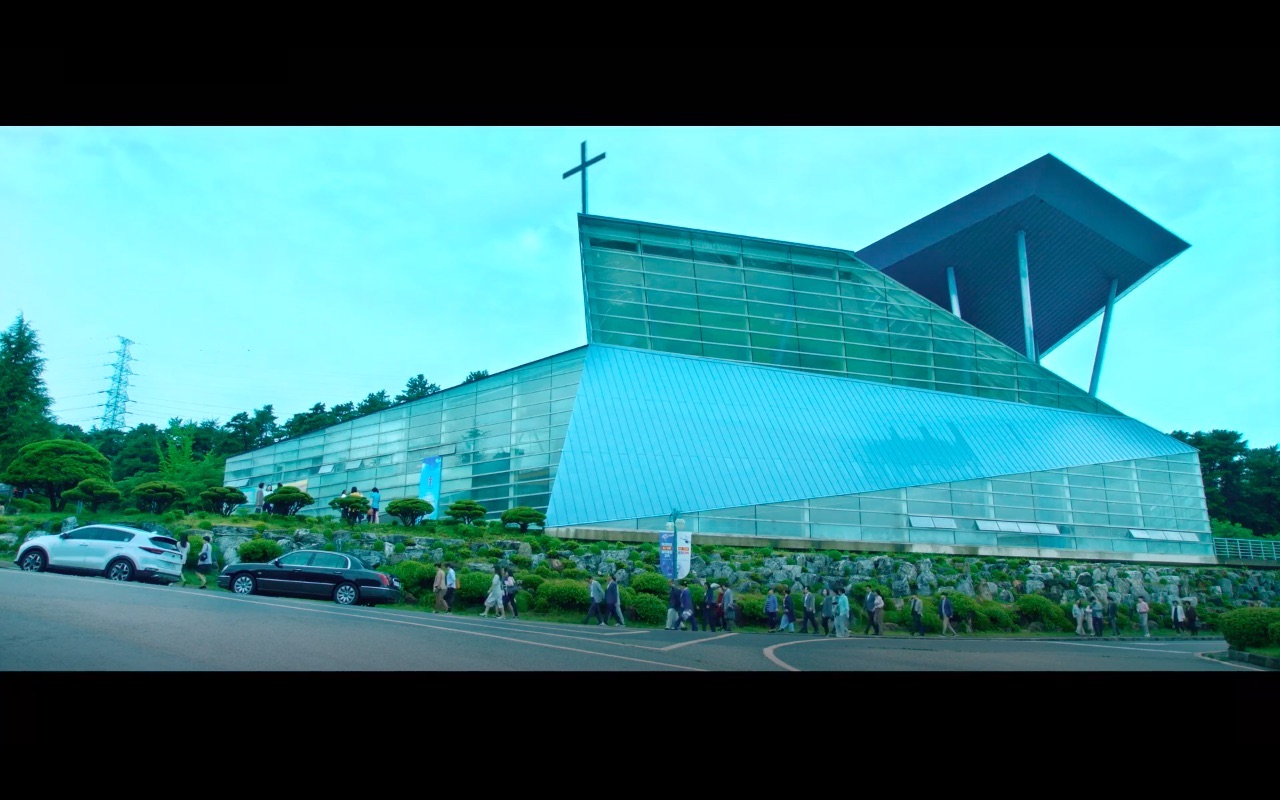 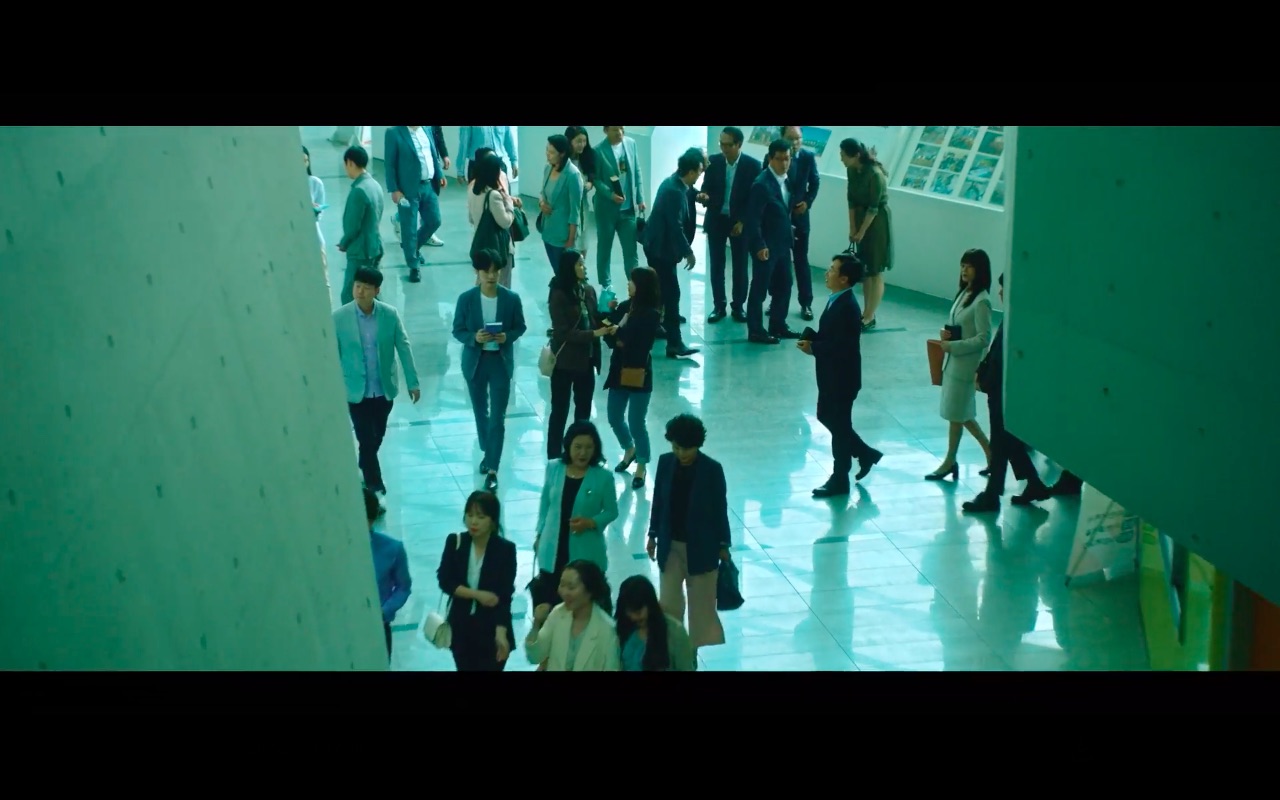 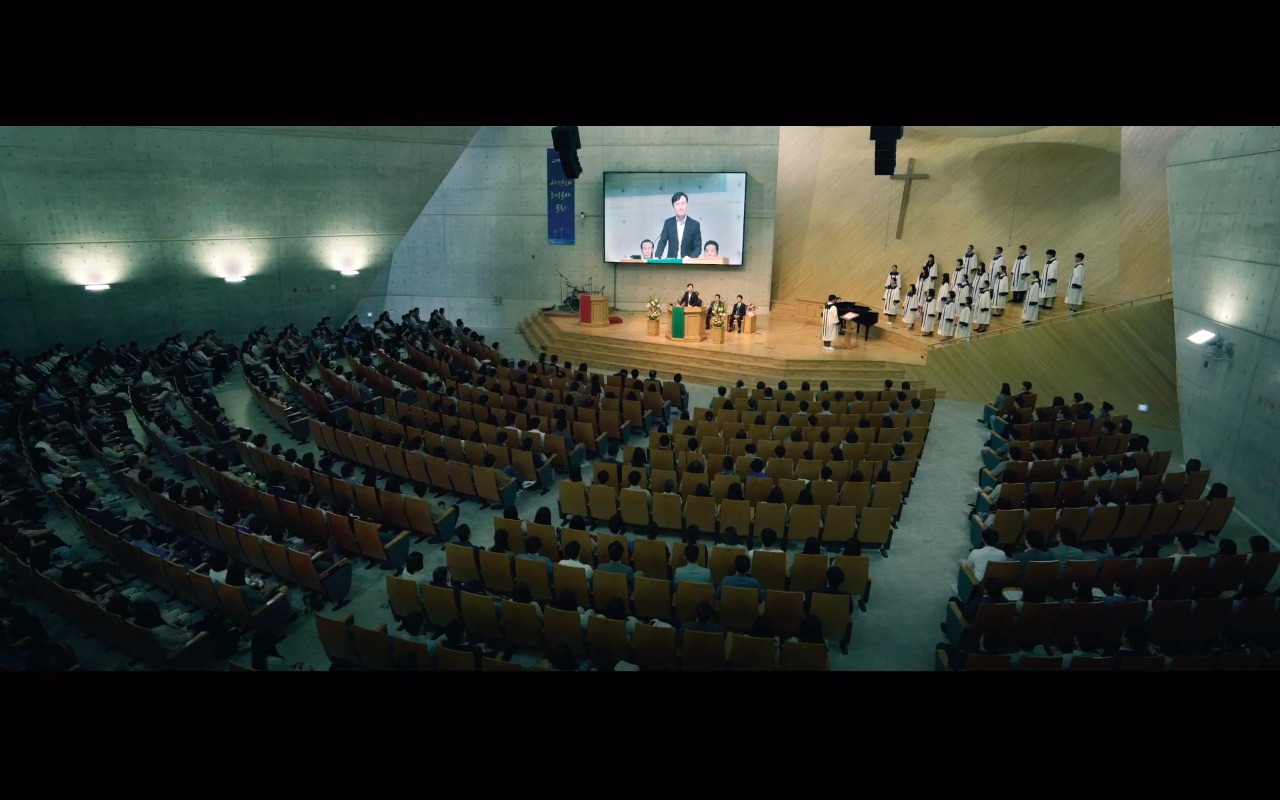 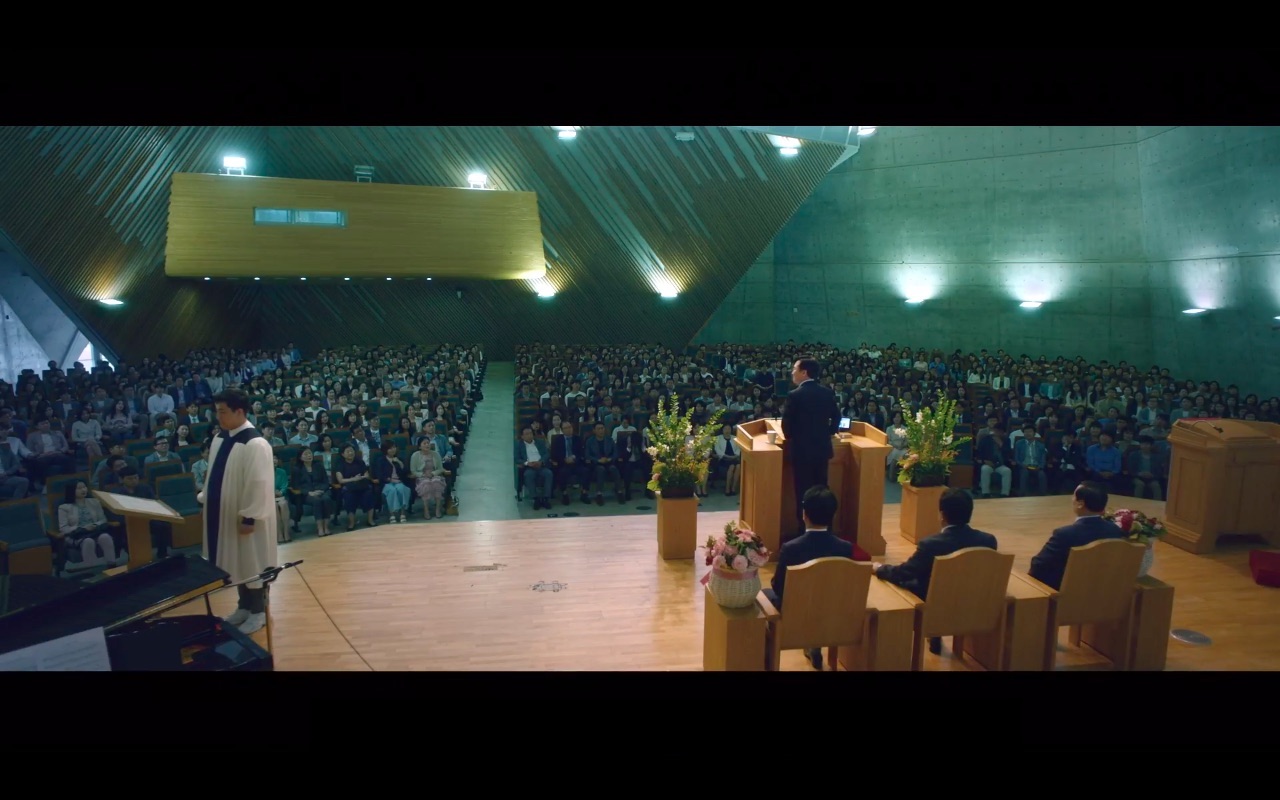 Cha Hyun-tae (Park Sung-geun) is brought to this church building in episode 1 of Private Lives/Private Life/Sasaenghwal (사생활) (JTBC, 2020), pretending to be a renown preacher. Despite losing his script, he gives a rousing sermon, followed by many others after that, encouraging the congregation to give generously to the church’s building fund.

Pai Chai University [배재대학교], established in 1885, was originally a boys’ school founded by H. G. Appenzeller, the first Methodist missionary to Korea, and became a college in 1895. Its original name, ‘Pai Chai Hak Dang’, was endorsed by then-King Gojeong; however, its name was prohibited for use by the Japanese governor-general of Korea in 1925, when Korea was under Japanese rule.

Built in 2005, the Appenzeller Memorial Hall serves “as an educational space with subsidiary programs such as professors’ offices, lecture rooms, fellowship rooms etc, [with] the chapel… located at the center of the building“. It is located facing the main entrance of the campus.