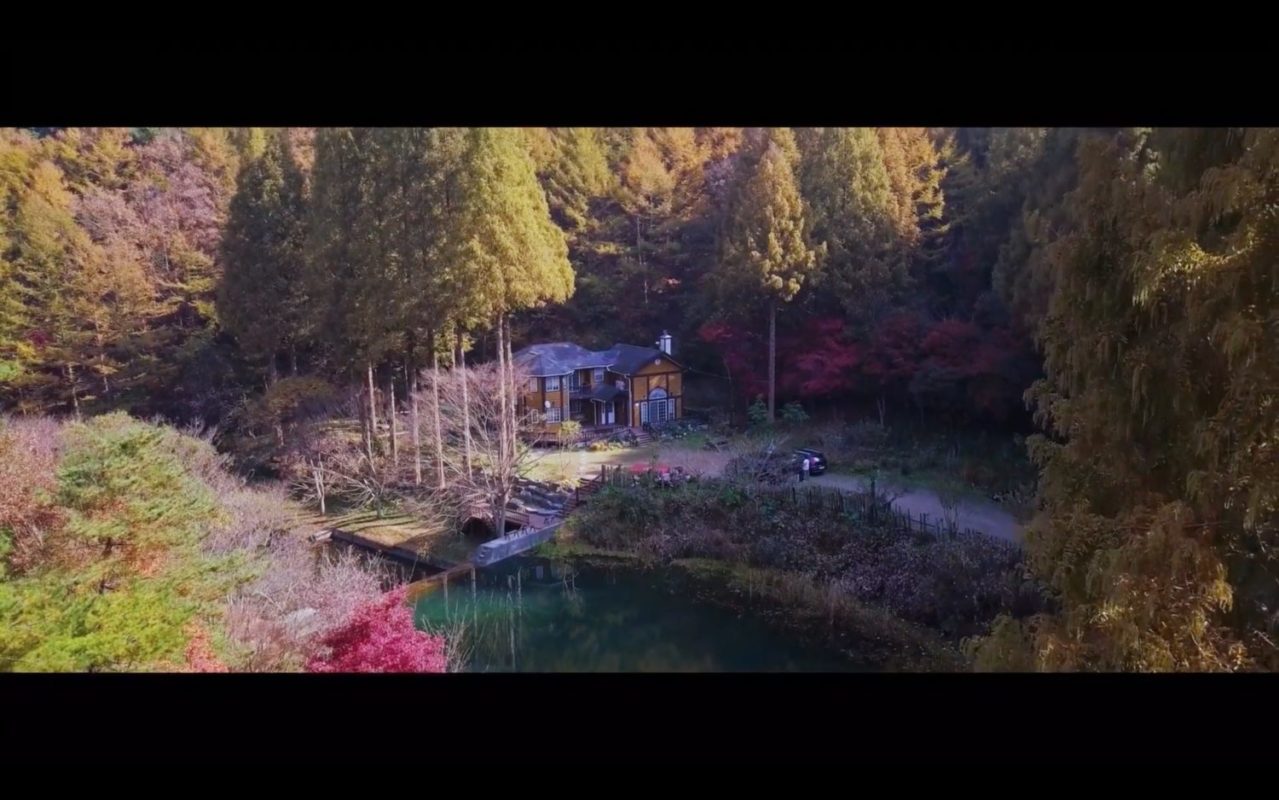 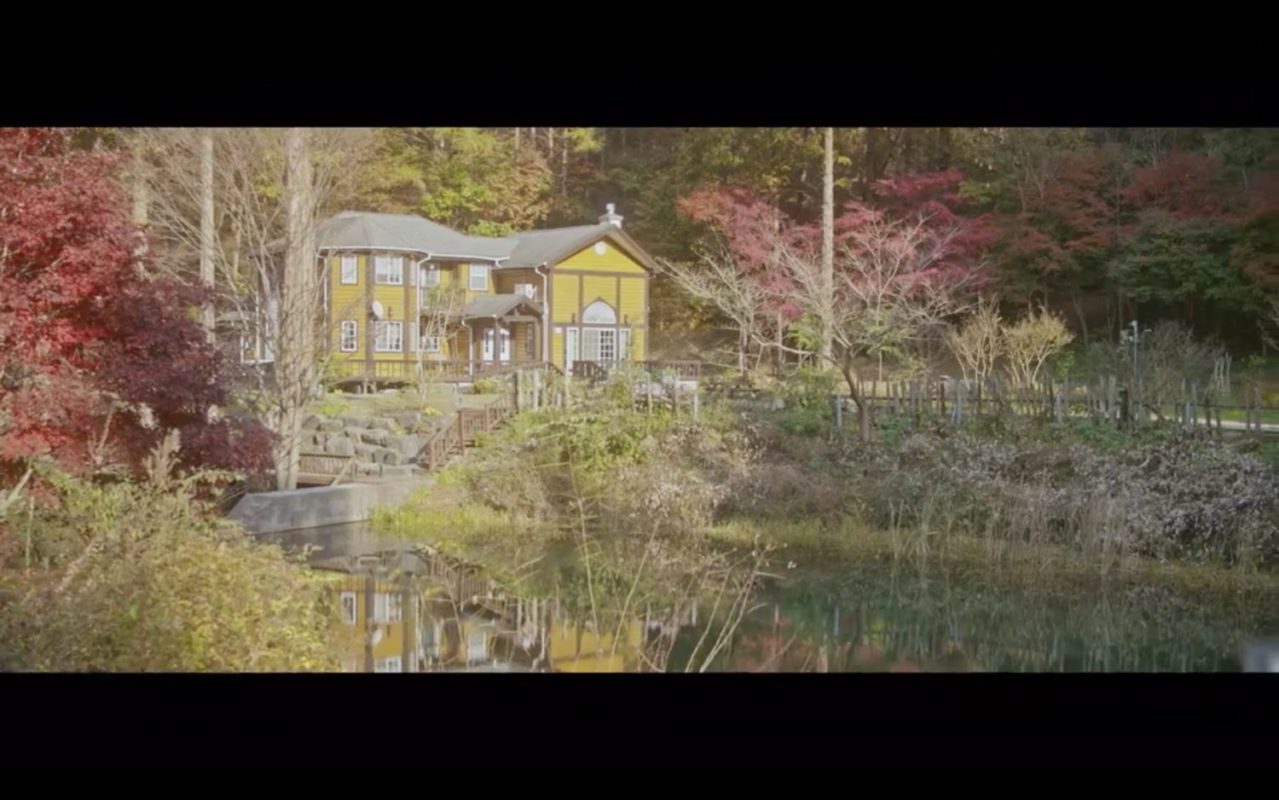 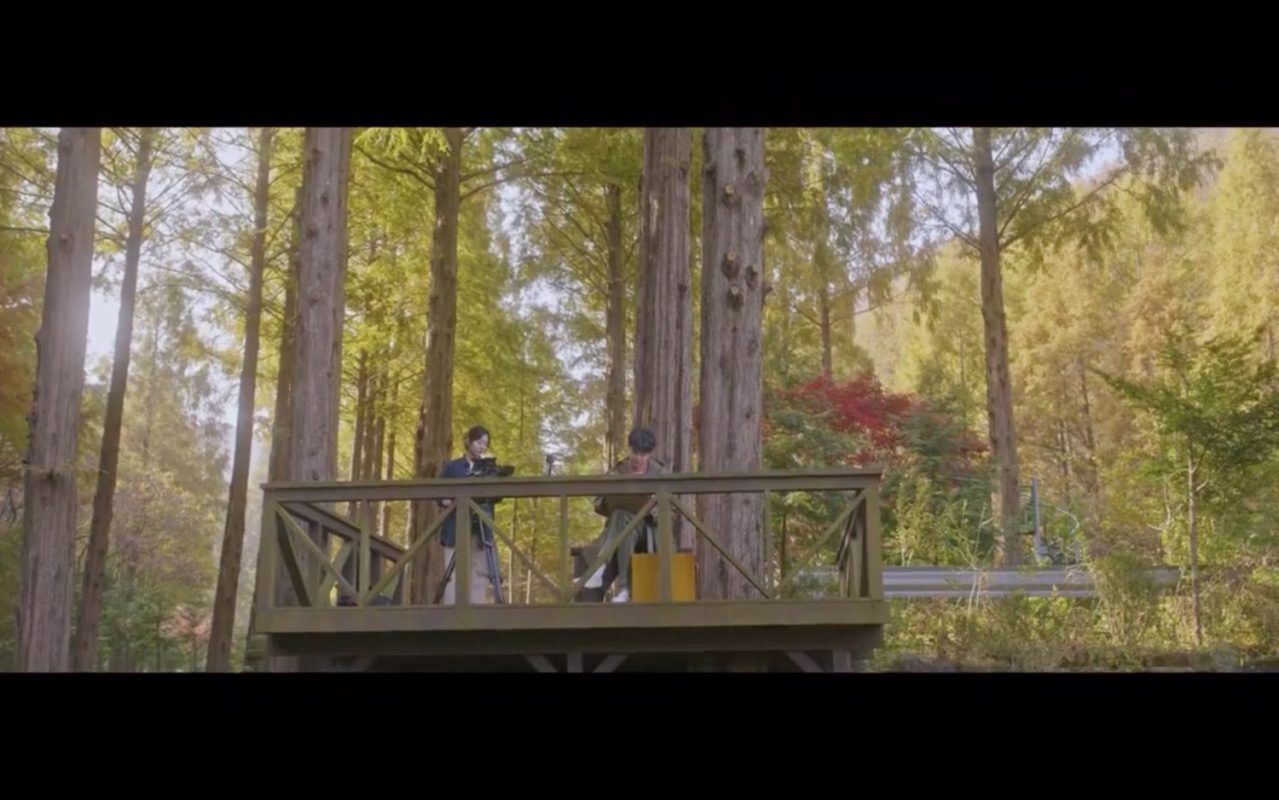 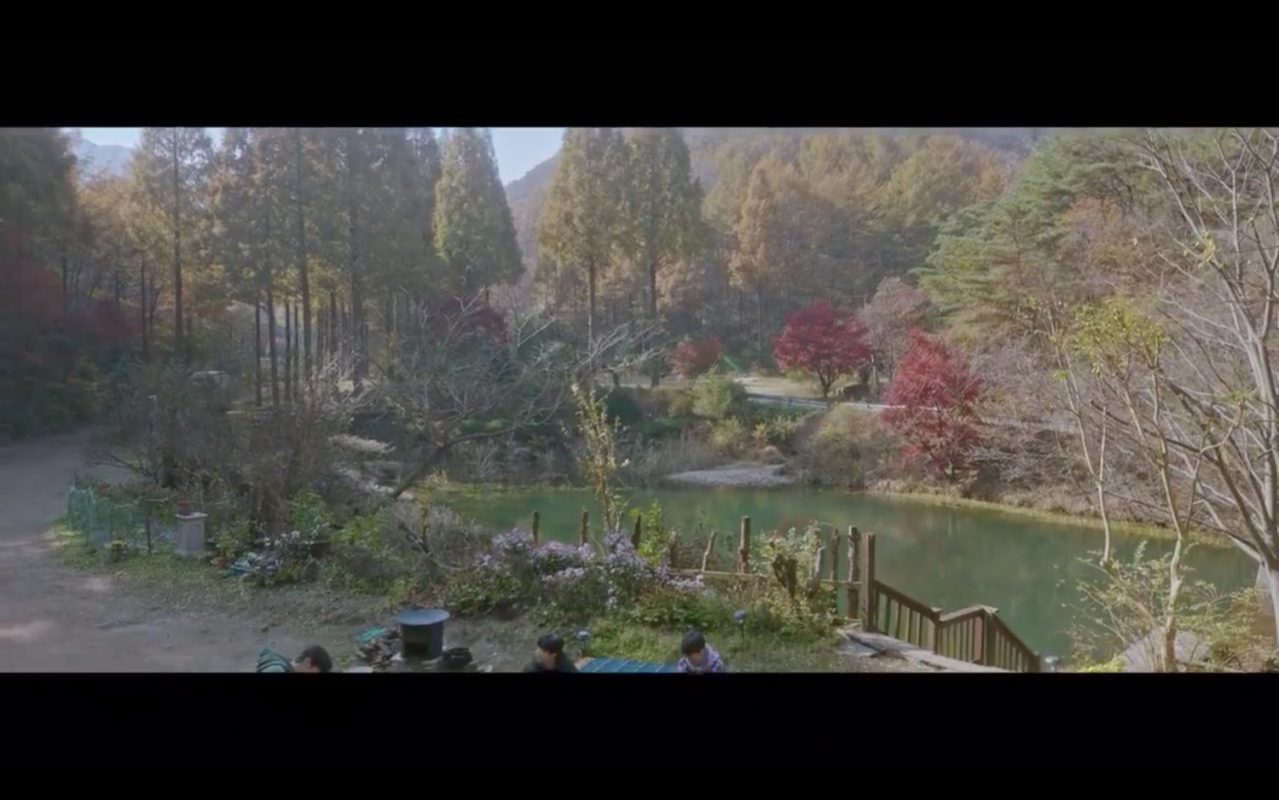 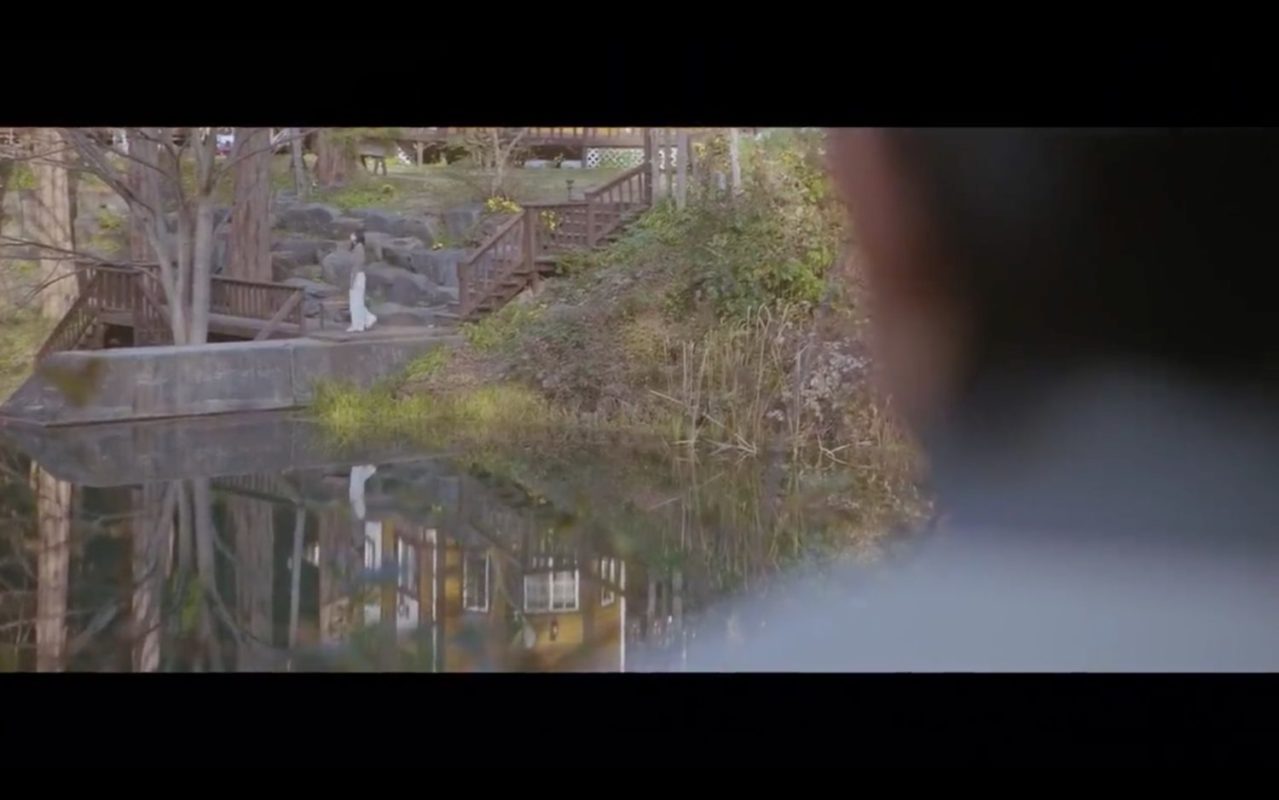 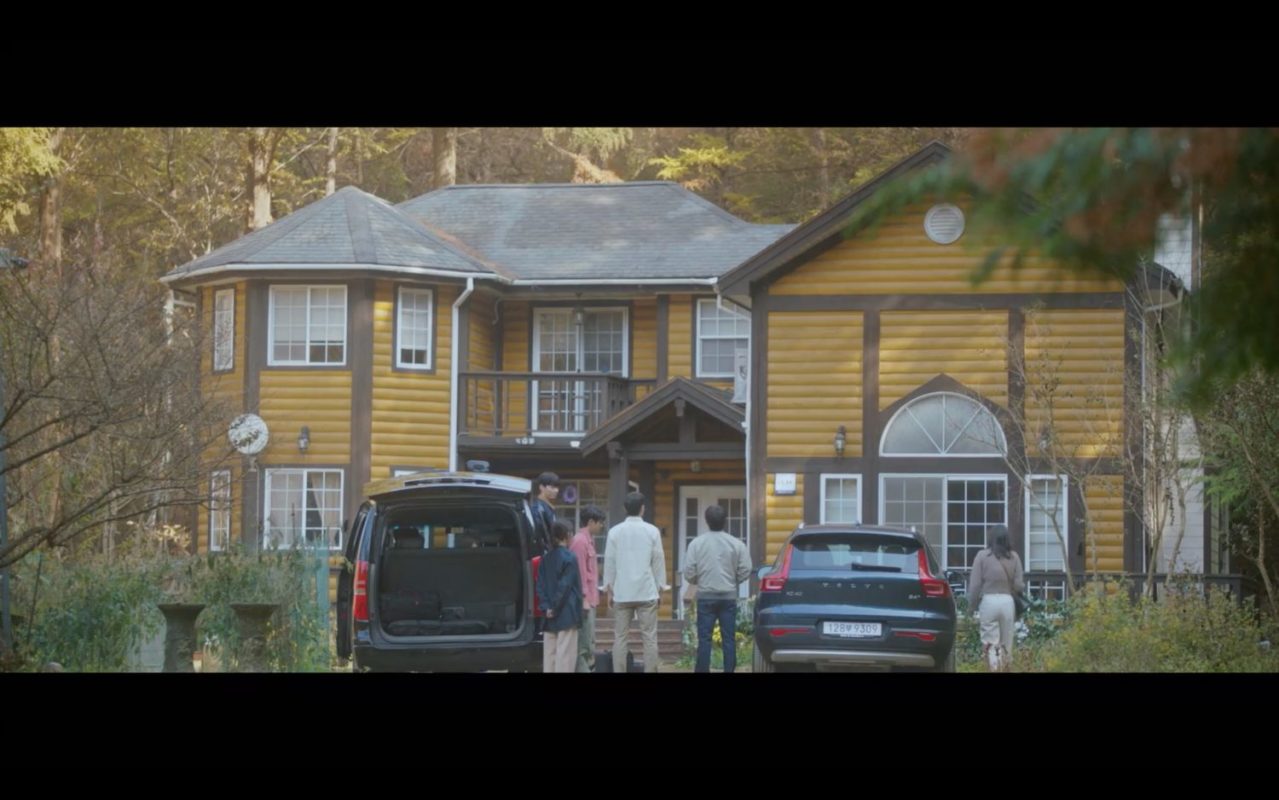 When stuck because there is no character development in his documentary , a colleague suggests to PD Kim Ji-woong (Kim Sung-cheol) that he brings his protagonists to an isolated place. He and his team literally kidnap Kook Yeon-soo (Kim Da-mi) and Choi Woong (Choi Woo-shik) separately and bring them to this place where they stay in episodes 7-8 of Our Beloved Summer/That Year We (그 해 우리는) (SBS/Netflix, 2021-22). Later, they are joined by Koo Eun-ho (Ahn Dong-goo) and Lee Sol-yi (Park Jin-joo).

Nonsan Onbit Natural Recreation Forest [온빛자연휴양림] is a privately owned forest best known for its yellow two-storey wooden house reflected in a lake, its Metasequoia Forest Road and the possibility of seeing its trees in their full shape in winter. The forest is located in the village of Hansamcheon in Nonsan’s Beolgok Township.

The name ‘recreational forest’ is rather misleading as this is not a public forest. In 2021, the forest became a famous photo spot and ‘SNS hot place’ (SNS핫플, or ‘Instagrammable place’) for its wonderful autumn scenery, especially among young people who usually visit during sunset because the afternoon light is warmer and makes the site even more photogenic. Until around December 2020, this was still considered a “hidden unexplored sight” with few visitors as Chungnam reporter Haesongi Song-hee (해송이송희) described it.

Please note when visiting that there are no accommodations, no amenities and toilets at this site. As of December 2021, visiting this forest is still free of admission fees. It takes about 30 minutes to walk around the forest.