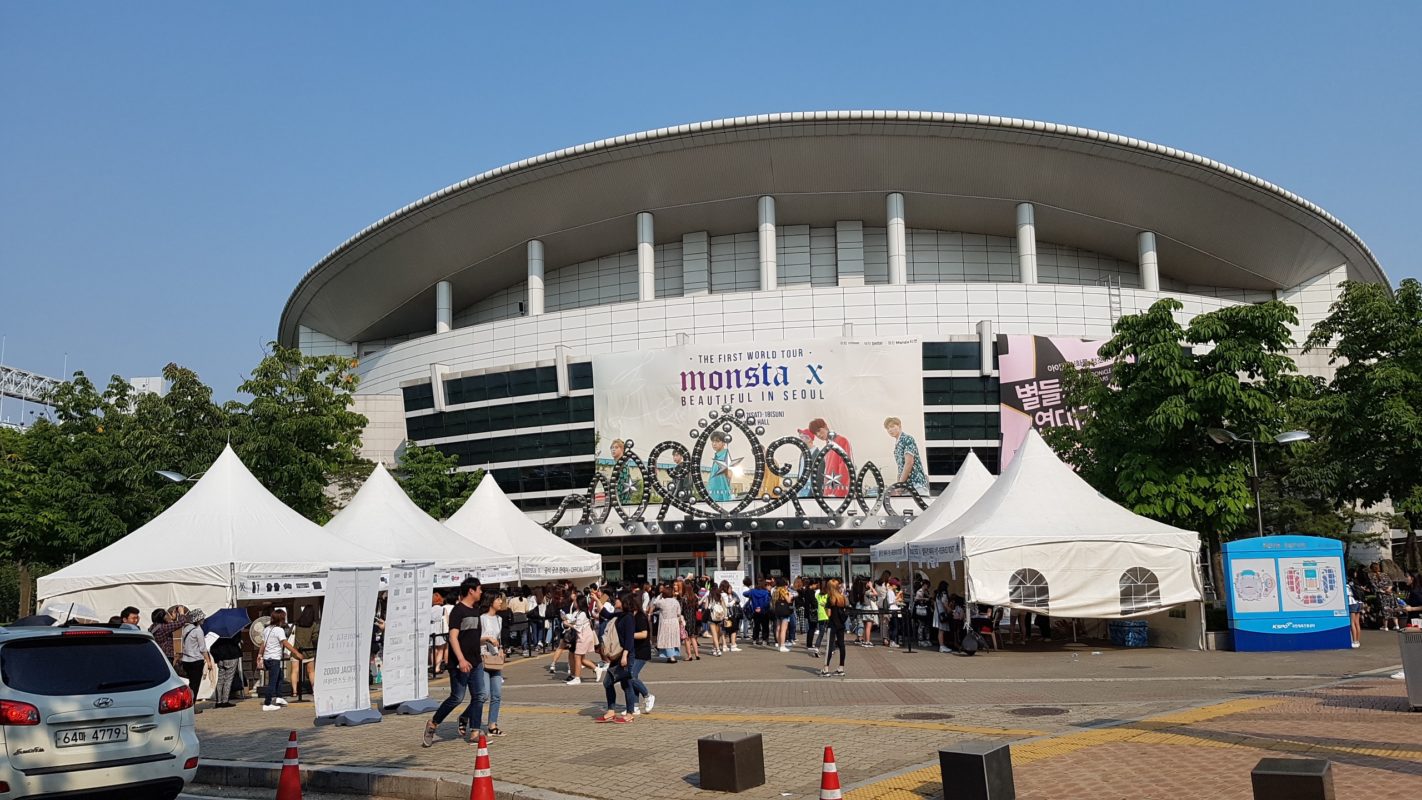 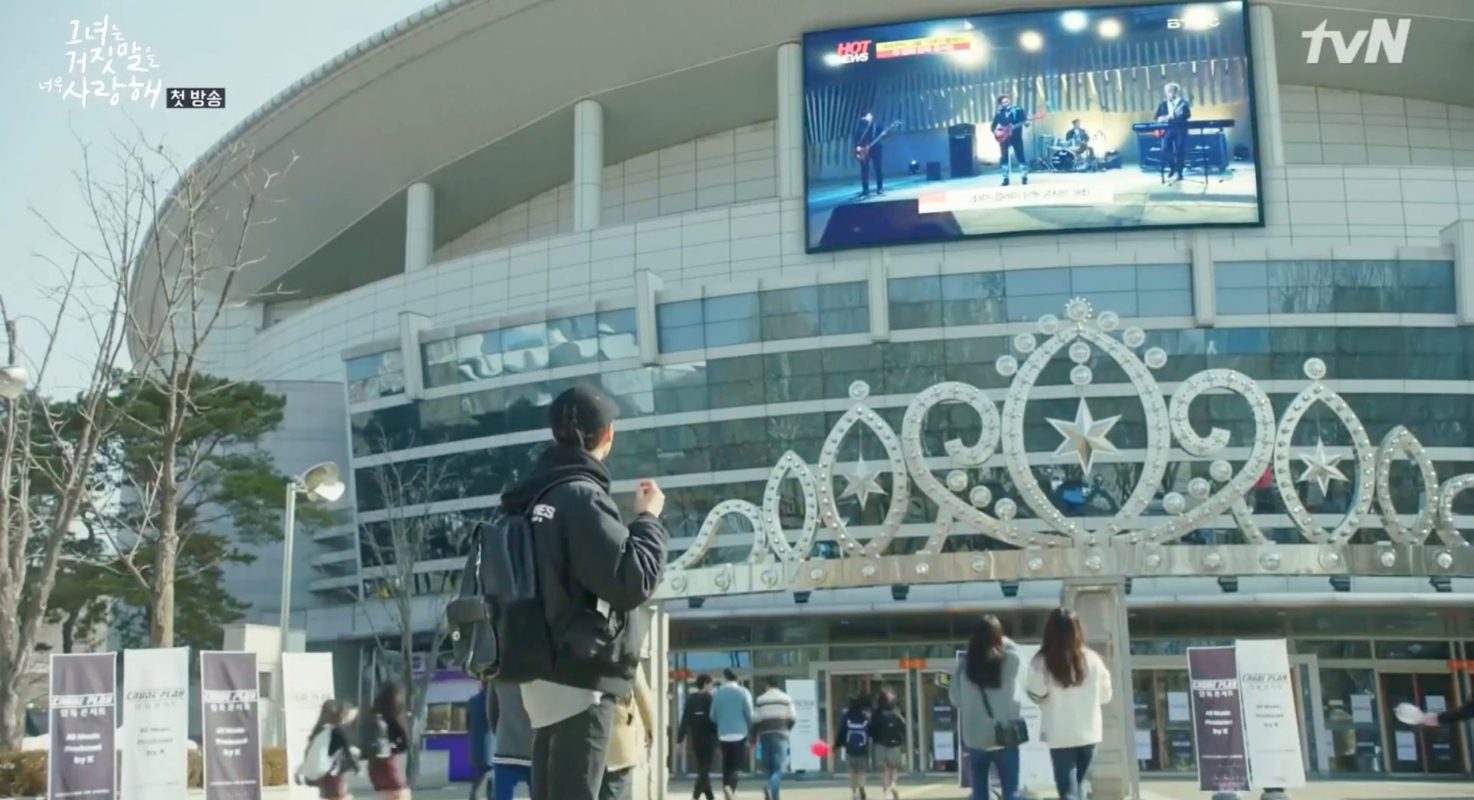 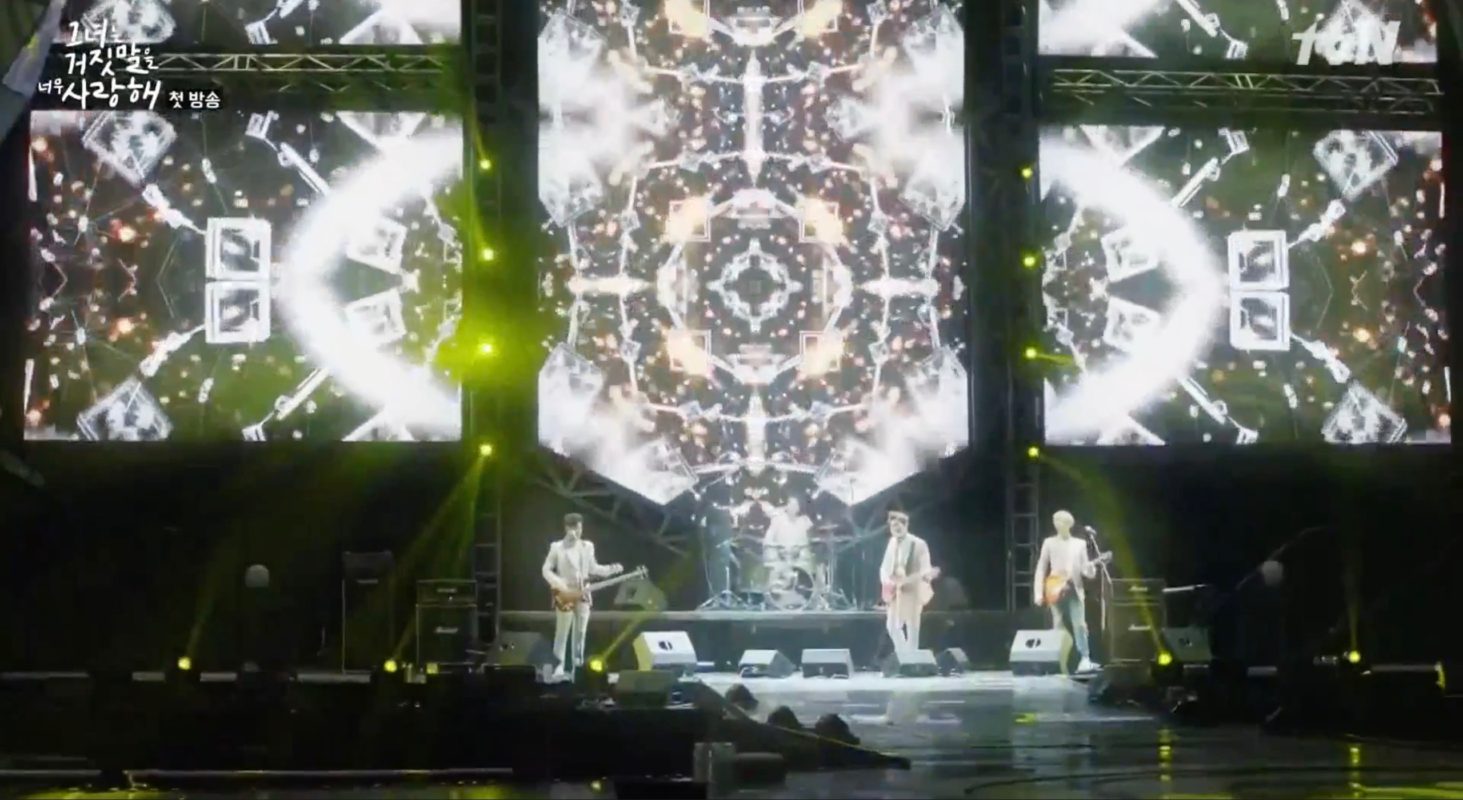 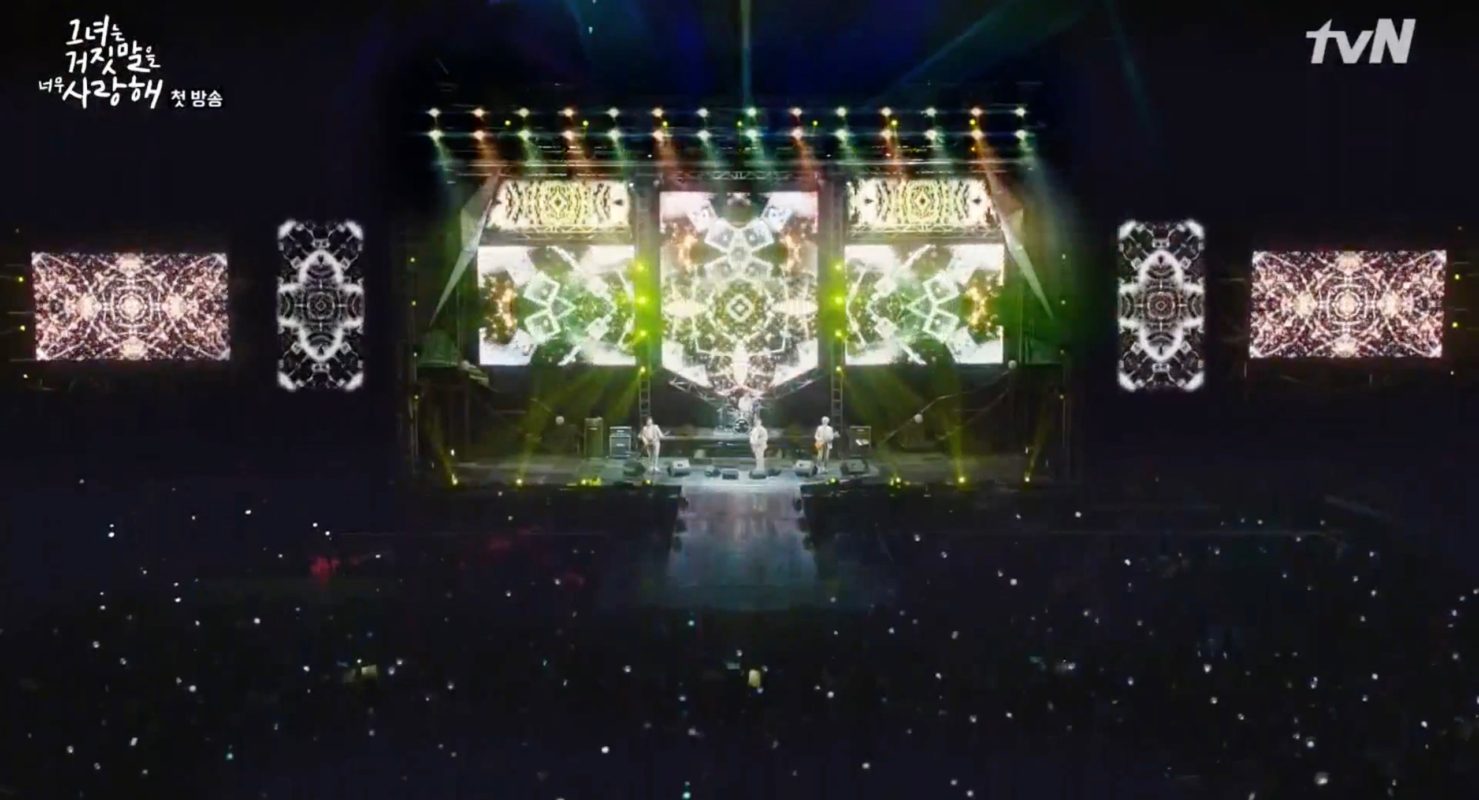 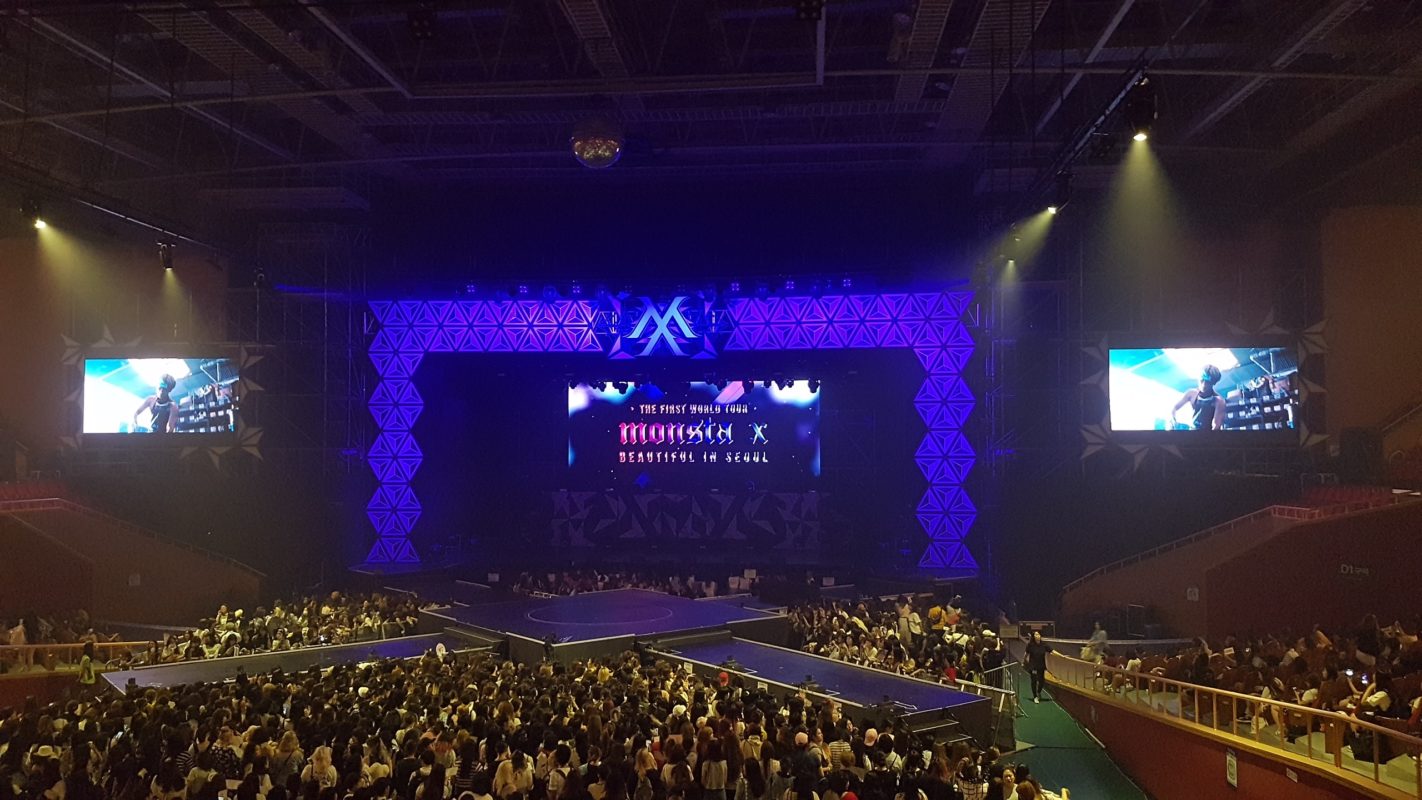 Crude Play from The Liar and His Lover/Lovely Love Lie (tvN, 2017) play a show here in episode 1.

Olympic Hall [올림픽홀] is one of the facilities at Seoul’s Olympic Park [서울올림픽공원] that was transformed into a concert hall in 2011. It is a major venue for K-pop concerts, along with the Olympic Gymnastics Arena [올림픽체조경기장].

This hall is located in Seoul’s neighborhood Bangi [Bangi-dong/방이동] in the Songpa District [Songpa-gu/송파구].