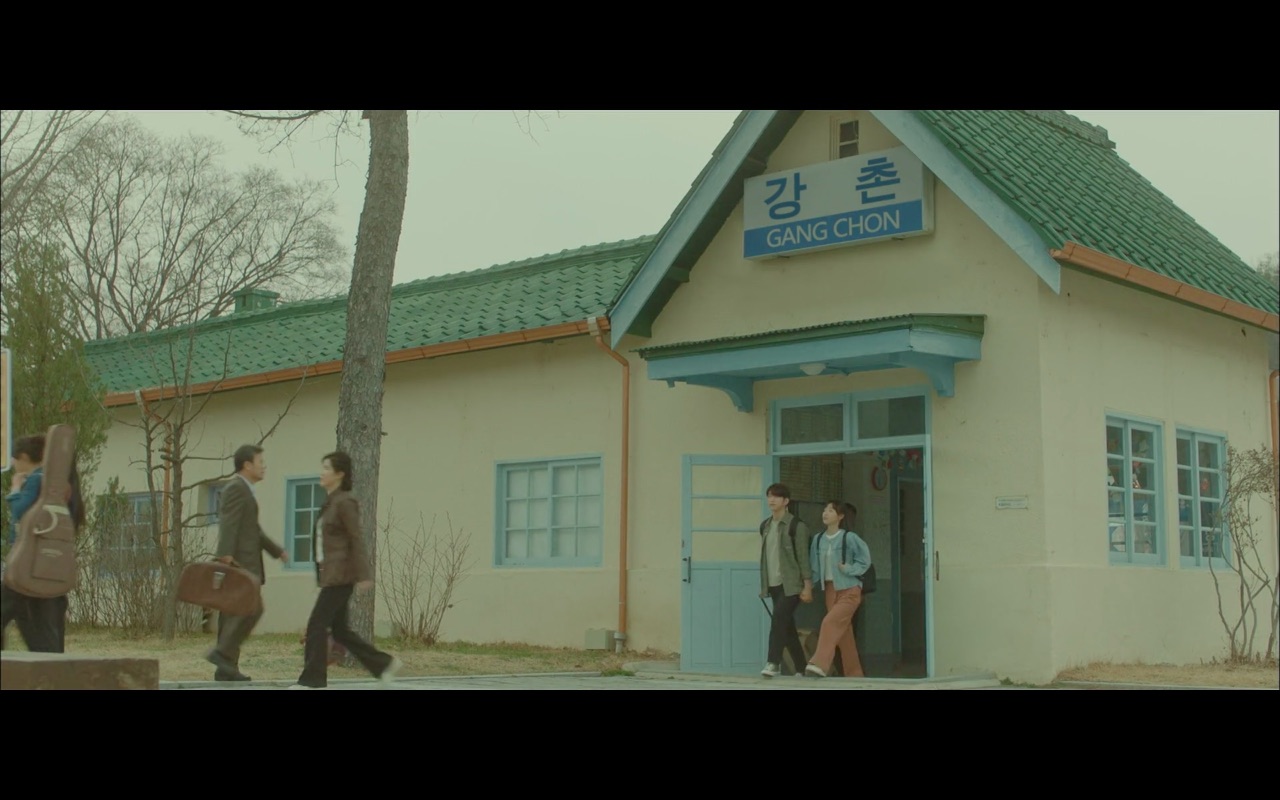 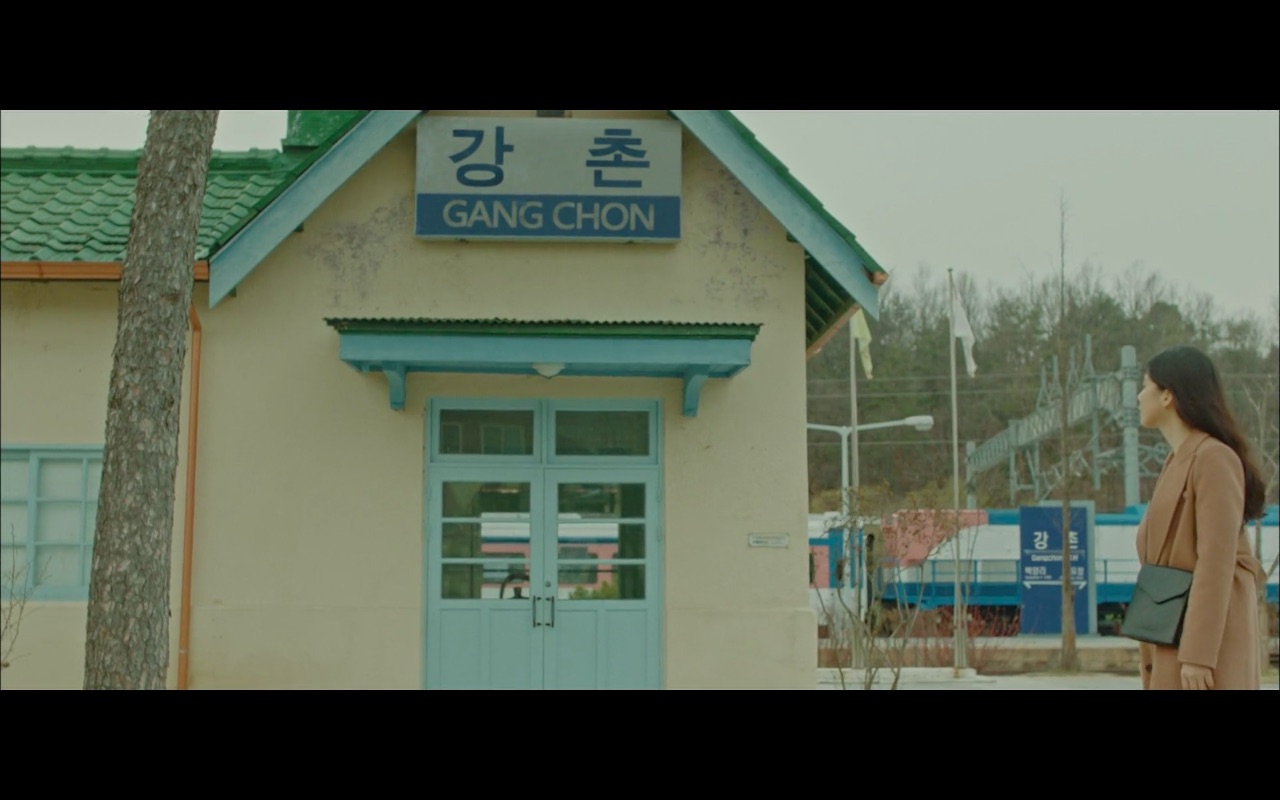 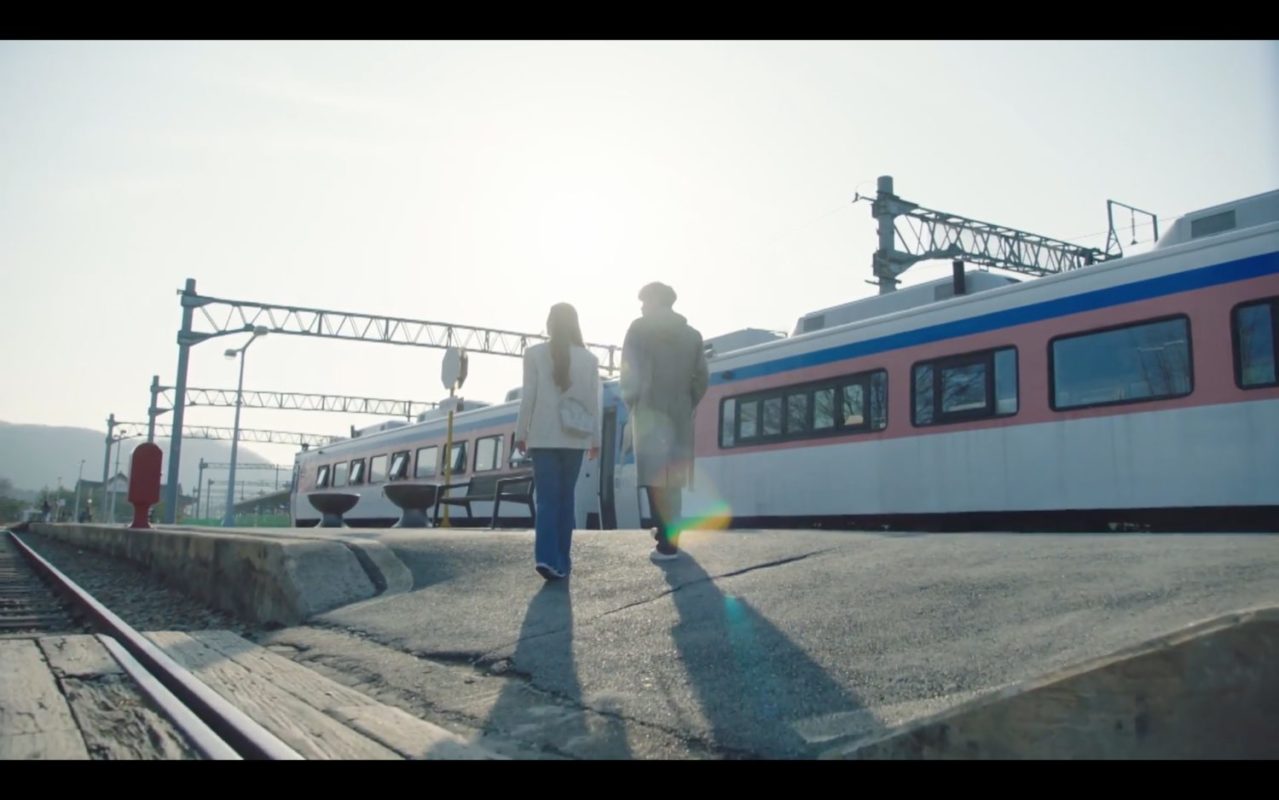 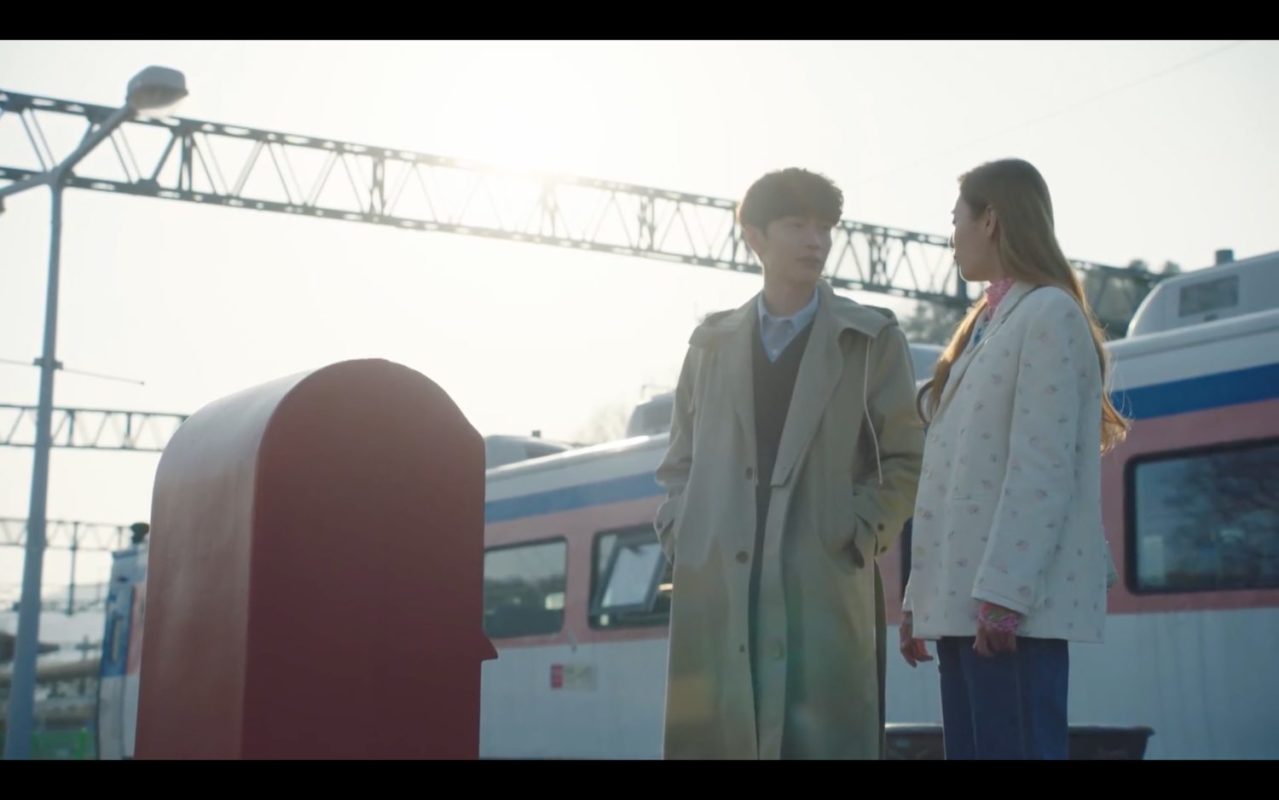 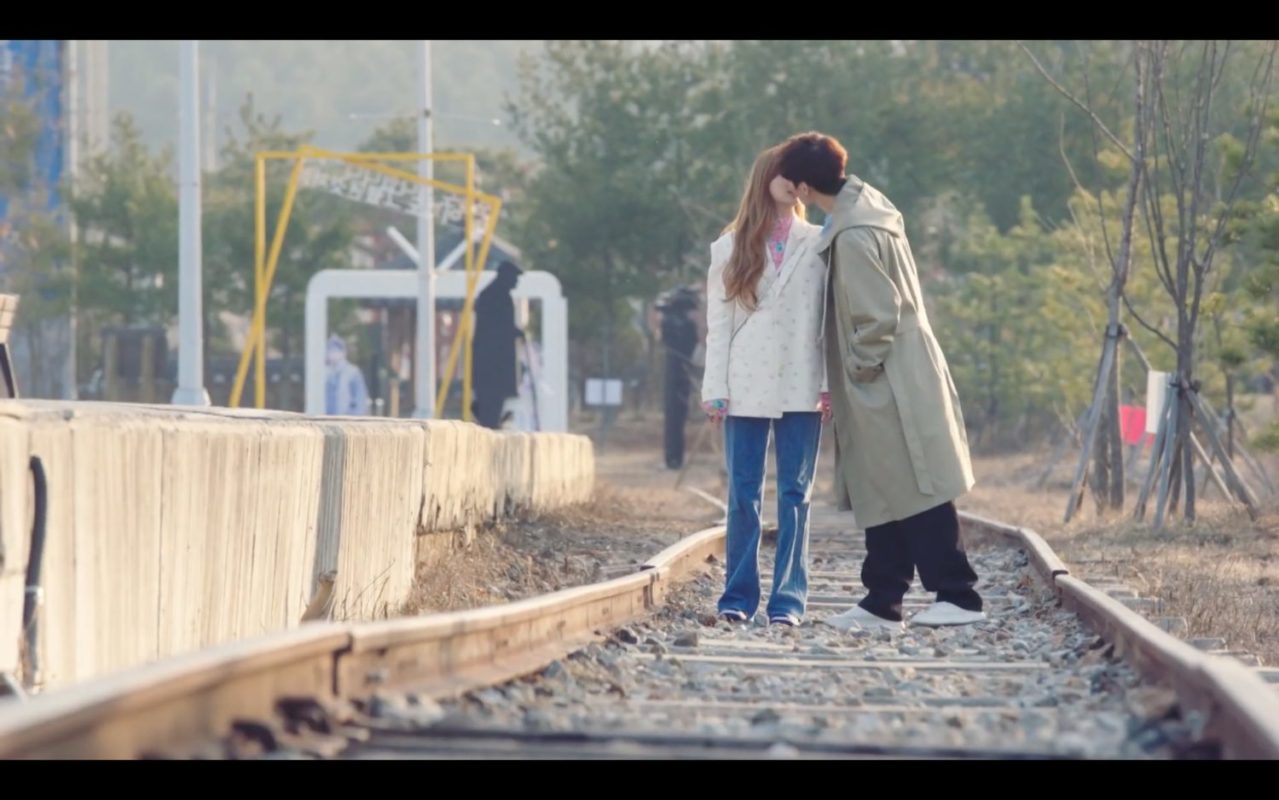 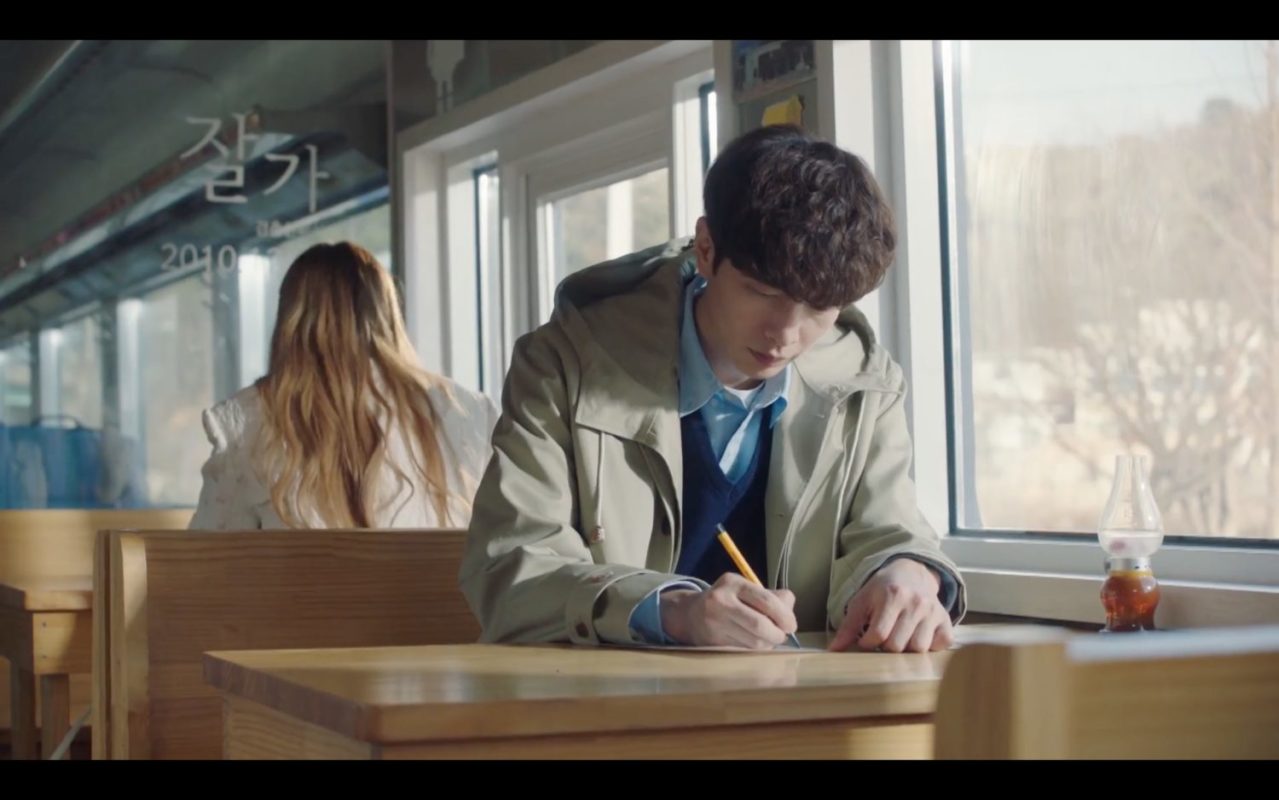 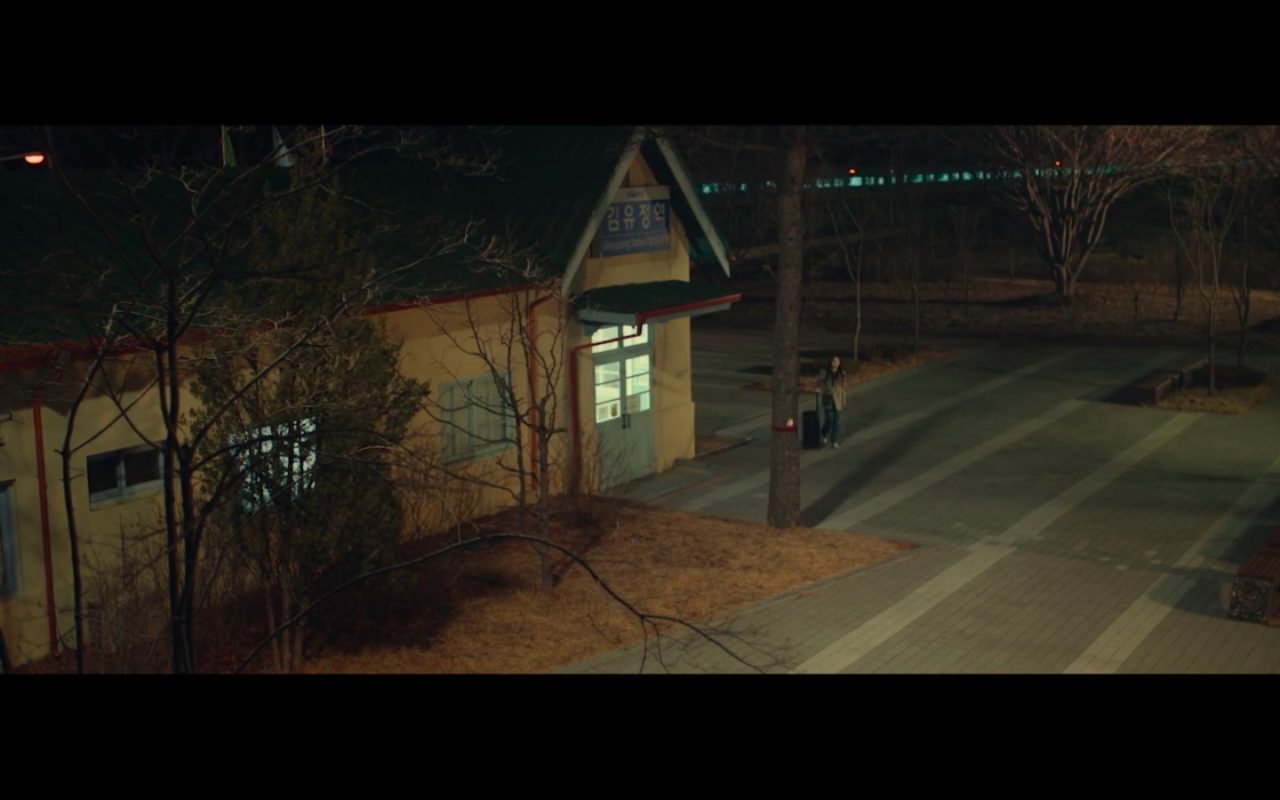 Han Bi-soo (Lee Min-ki) brings Oh Joo-in (Im Jin-ah/Nana of Afterschool) to this station on their date in episode 11 of Oh My Ladylord/Oh! Master (오! 주인님) (MBC, 2021). While spending time here, they both sit down and write a letter to the other that they will receive in a year’s time.

After meeting at the airport, Han Jae-hyun (Jin-young of GOT7) and Yoon Ji-soo (Jeon So-nee) take the train to this station (seen as Gangchon Station) and alight here in episode 7 of When My Love Blooms/The Most Beautiful Moment in Life (화양연화 – 삶이 꽃이 되는 순간) (tvN, 2020). In the present day, Ji-soo (Lee Bo-young) also comes to this station.

Cha Ra-ri (Kim So-hye) arrives at this station in the middle of the night, and is picked up by her colleague Jun-han (cameo by Minhyuk of BTOB) in episode 9 of Her Bucket List (그녀의 버킷리스트) (KakaoTV, 2021).

At its establishment in 1939, it was known as Sinnam Station after the original name of the township. In 2004, the station was renamed to commemorate the late celebrated novelist Kim Yu-jeong (김유정, 1908-1937), who is known as ‘an icon of Chuncheon’. This was also the first time a station in South Korea was named after a person.

After the upgraded Gyeongchun Line started to function, this building was decommissioned as a train station. However, the building continues to be preserved for historical and archival purposes. The mailbox seen in Oh My Ladylord is a real feature of this station. One posted, the letter will be send a year later to the sender.

The currently functioning station, which is around 260m away, is the station to get off at if you’re heading to Gangchon Rail Park [강촌레일파크] or café boon docks [분덕스].