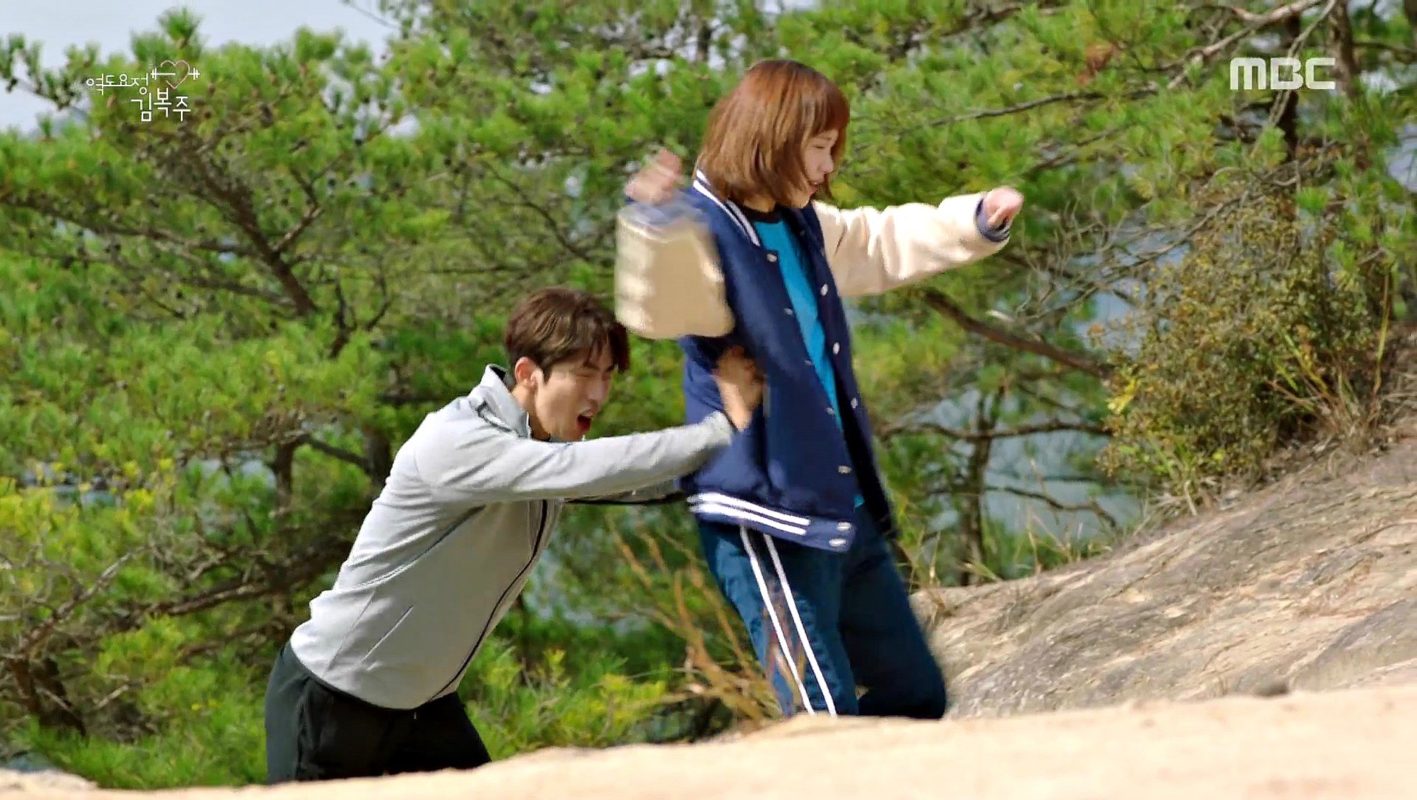 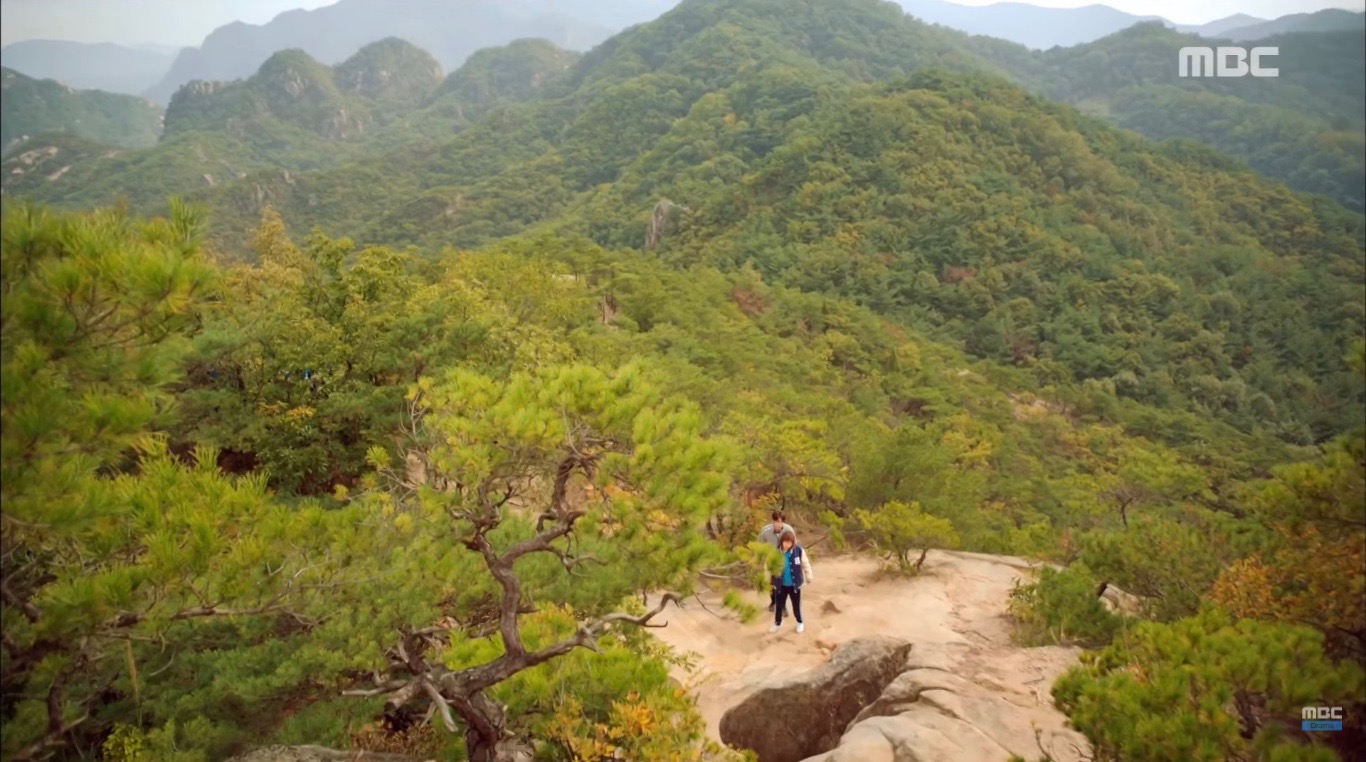 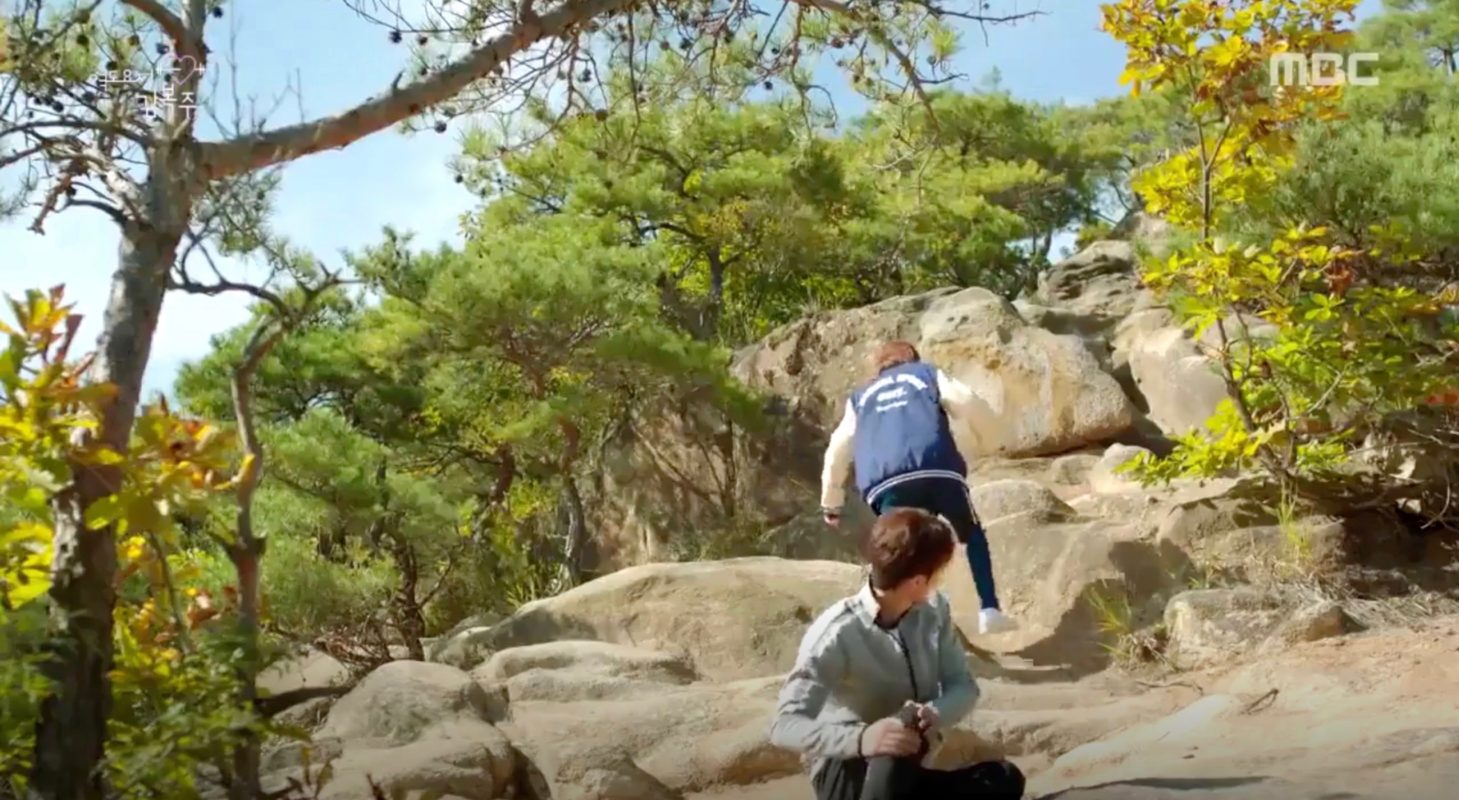 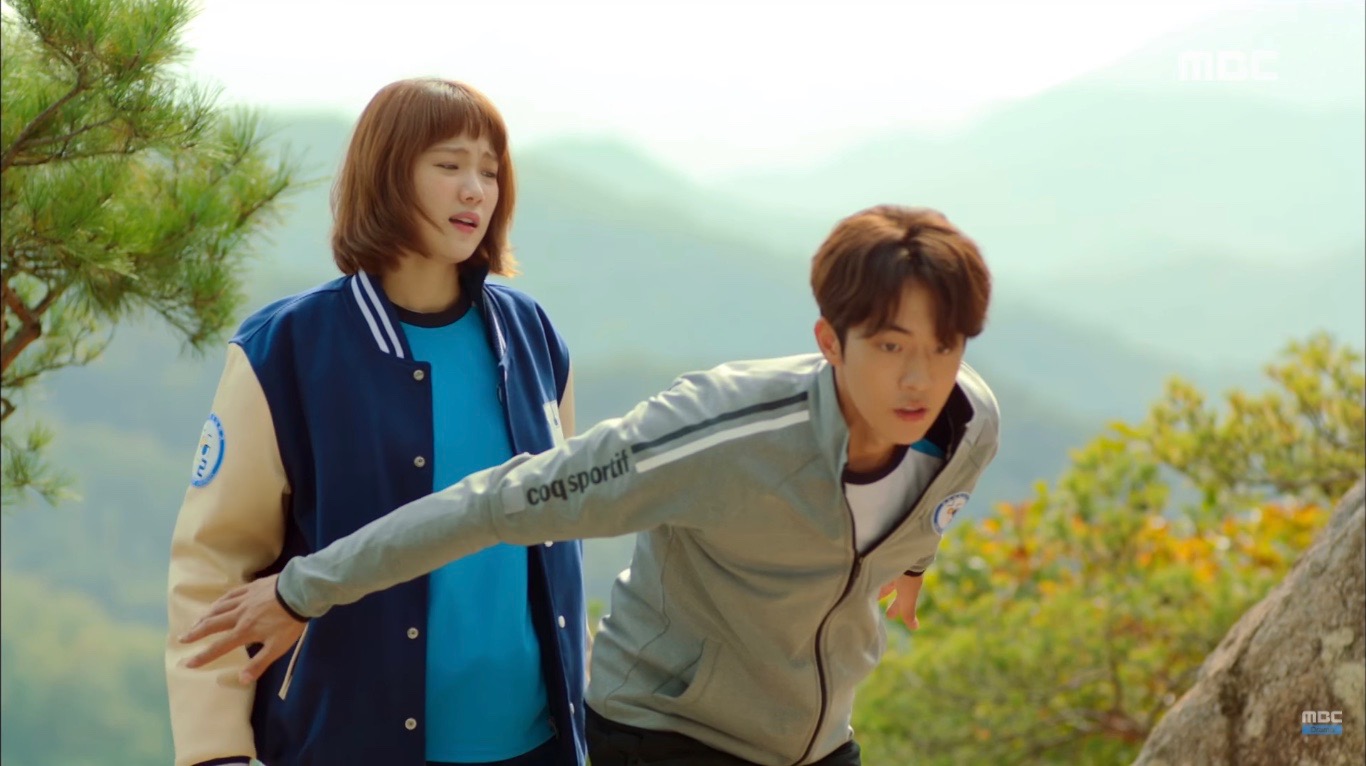 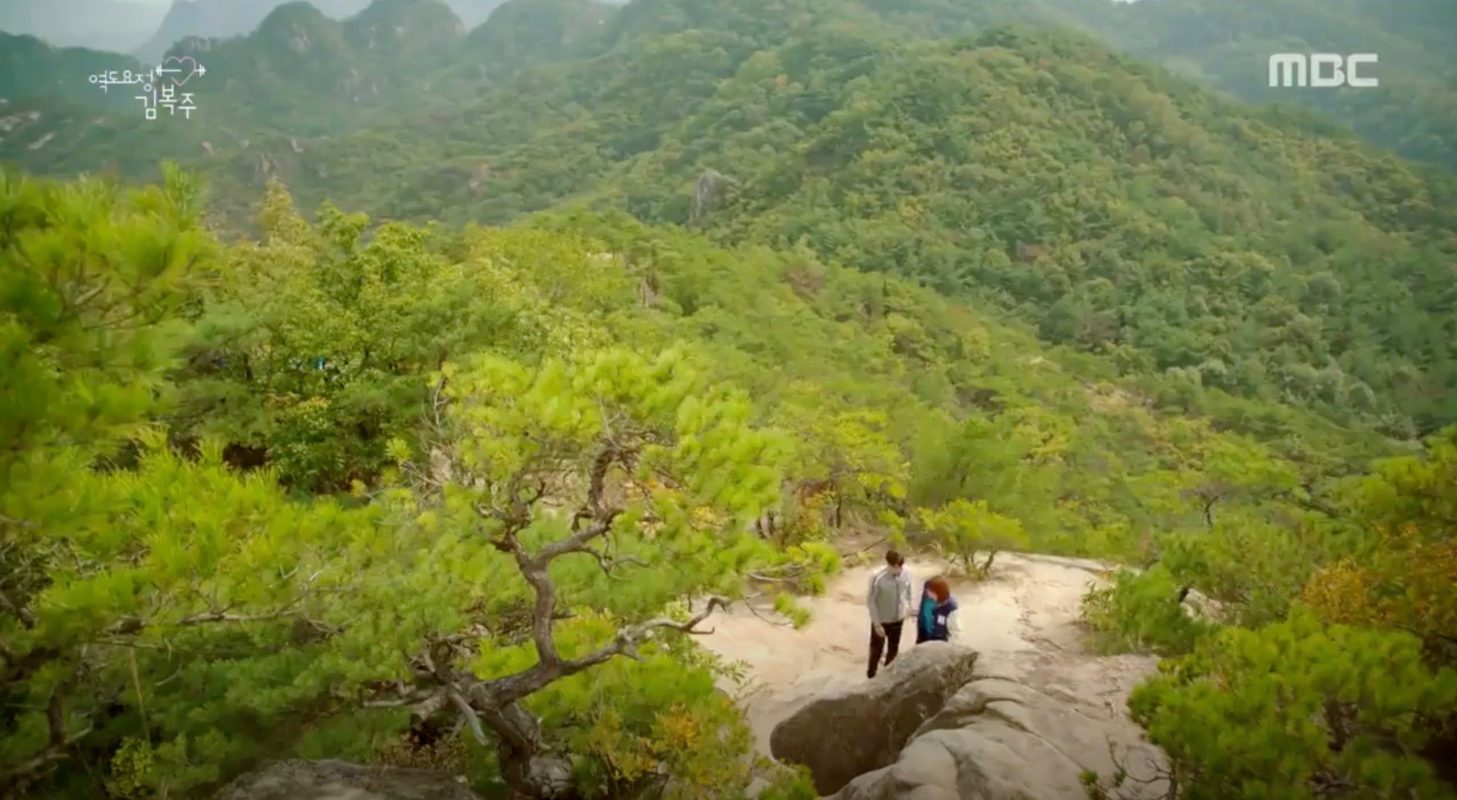 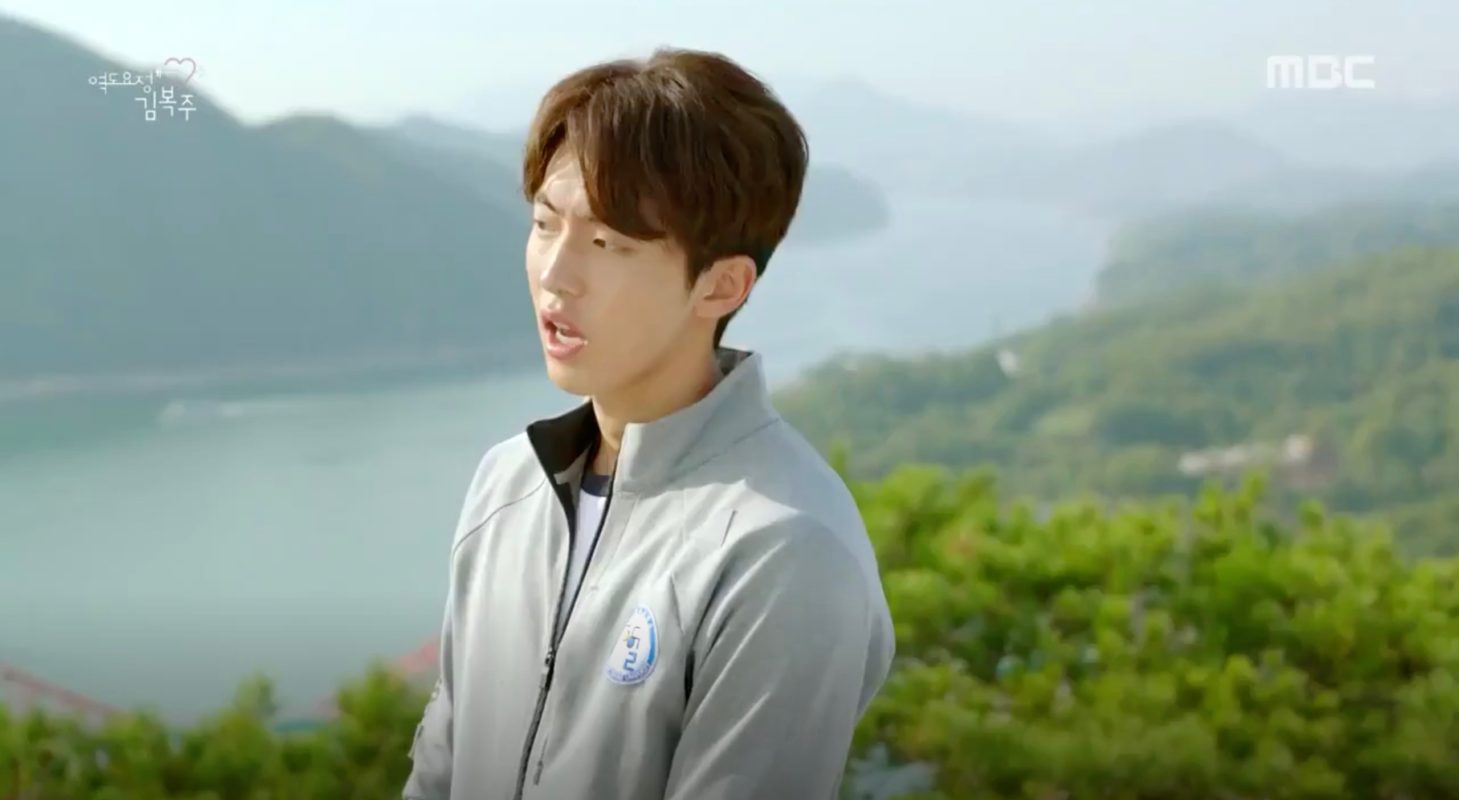 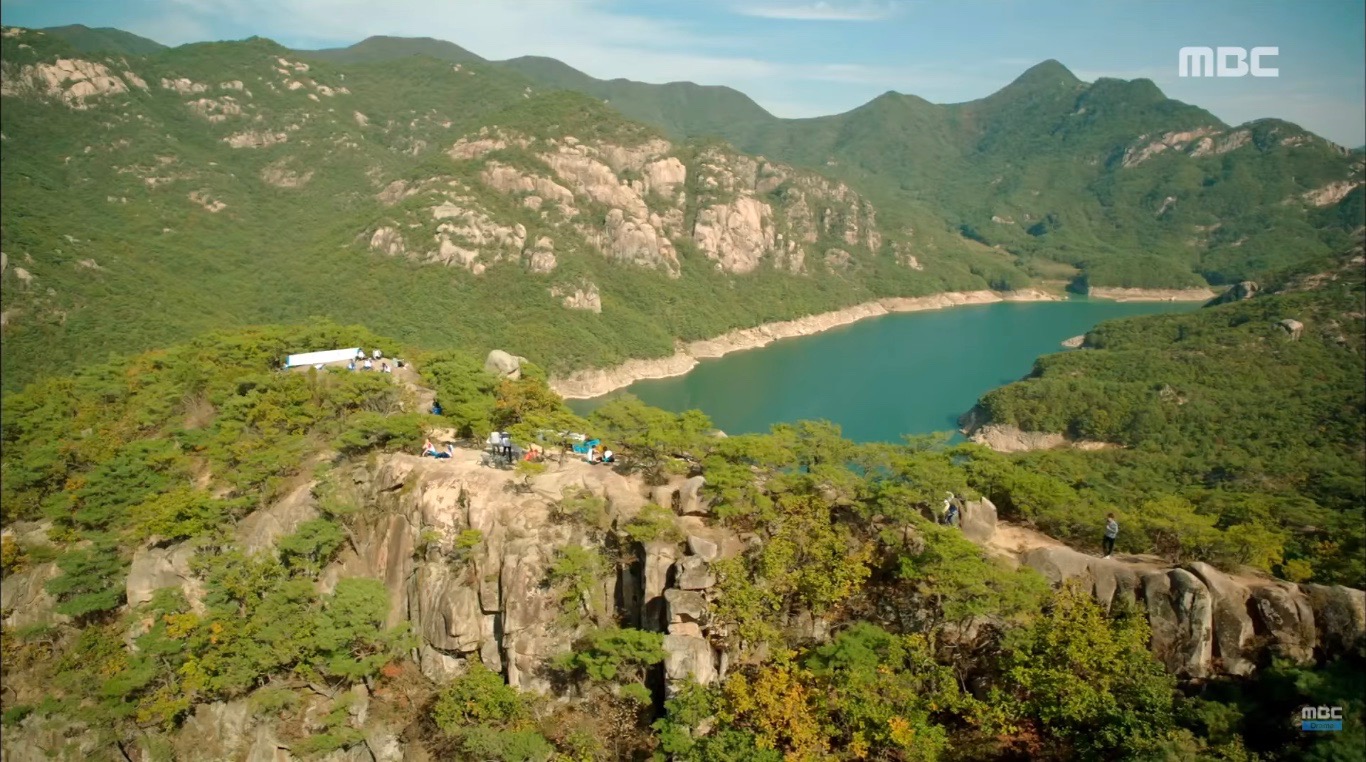 This is where Kim Bok Joo’s (Lee Sung Kyung) university held its mountain climbing race in episode 3 of Weightlifting Fairy Kim Bok Joo (역도요정 김복주) (MBC, 2016-17). Determined to win the prize money for the first person to climb up the mountain so she could be able to enroll to Doctor Jae Yi’s (Lee Jae Yoon) program, Bok Joo started enthusiastically and even left her friends behind. Unfortunately, Jung Joon Hyung (Nam Joo Hyuk) spotted her and followed her to tease her while she was on her way to the peak which partly caused Bok Joo to eventually lose the race.

Oksunbong Peak [옥순봉] (lit. Jade Shoot Peak) or Wolaksan Oksunbong Junction [월악산 옥순봉분기점] is a mountain peak that is part of Woraksan Mountain National Park [월악산 국립공원 옥순봉]. It carries its name after its white rocks that stand tall like bamboo shoots. Known as one of the ‘Eight Scenic Views of Danyang’ and already highly regarded for its scenery and rock formations in Joseon times, the peak allows a view on Chungjuho Lake, Oksunbong Bridge [옥순대교] and Geumsusan Mountain. For instance, Kim Hong-do (1745-1806), a full-time painter of the Joseon area who went by the name of Danwon/Tanwŏn, — one of the first Korean artists that painted people in their ordinary lives and who also excelled in landscape painting —, painted this mountain and Kim Jeong-hui (1786-1856), one of the most reputed scholars in Joseon times, wrote poetry about it.

Oksunbong Peak is located in the village of Goegok [Goegok-ri/괴곡리] in Jecheon’s Susan Township [Susan-myeon/수산면] in the North Chungcheong Province, around 4 hrs south-east of Seoul by public transport. Apparently — and as we see in WFKBJ — the first part of the climb is quite easy before it gets steep and quite exhausting.