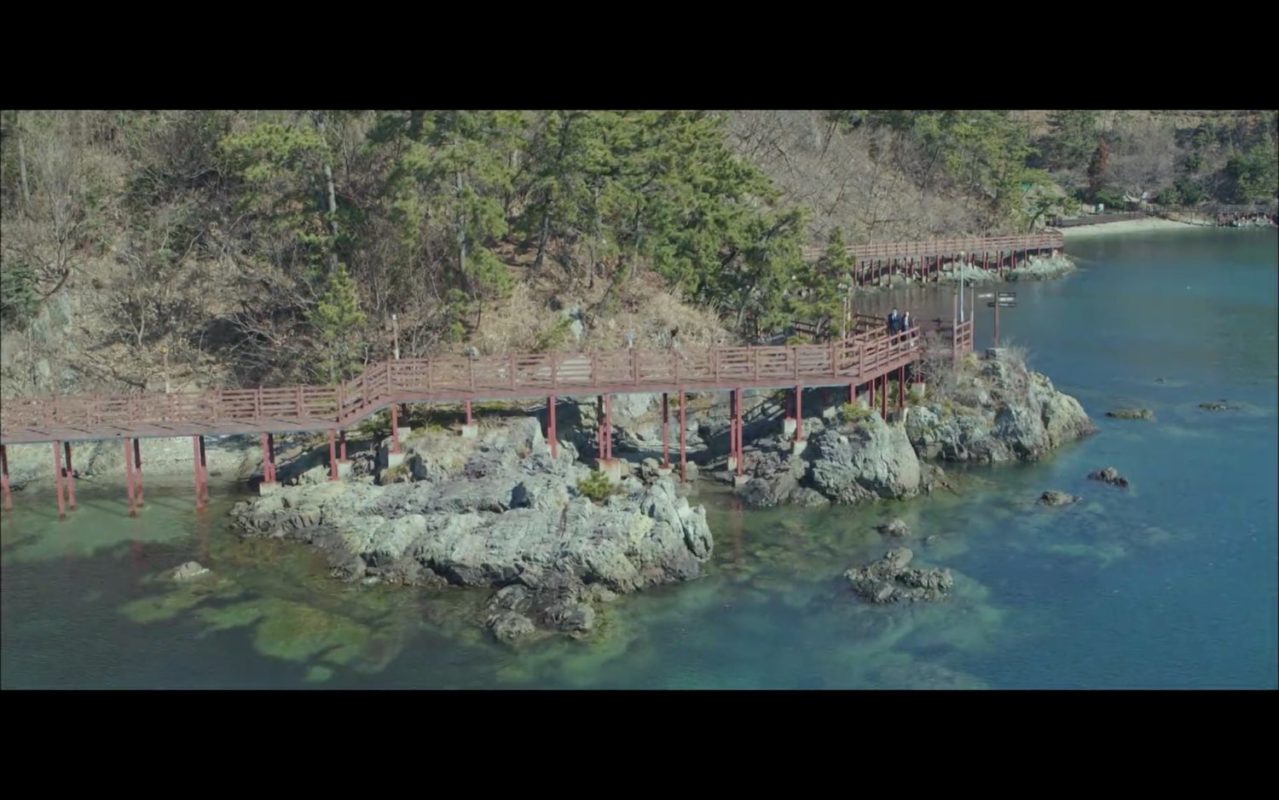 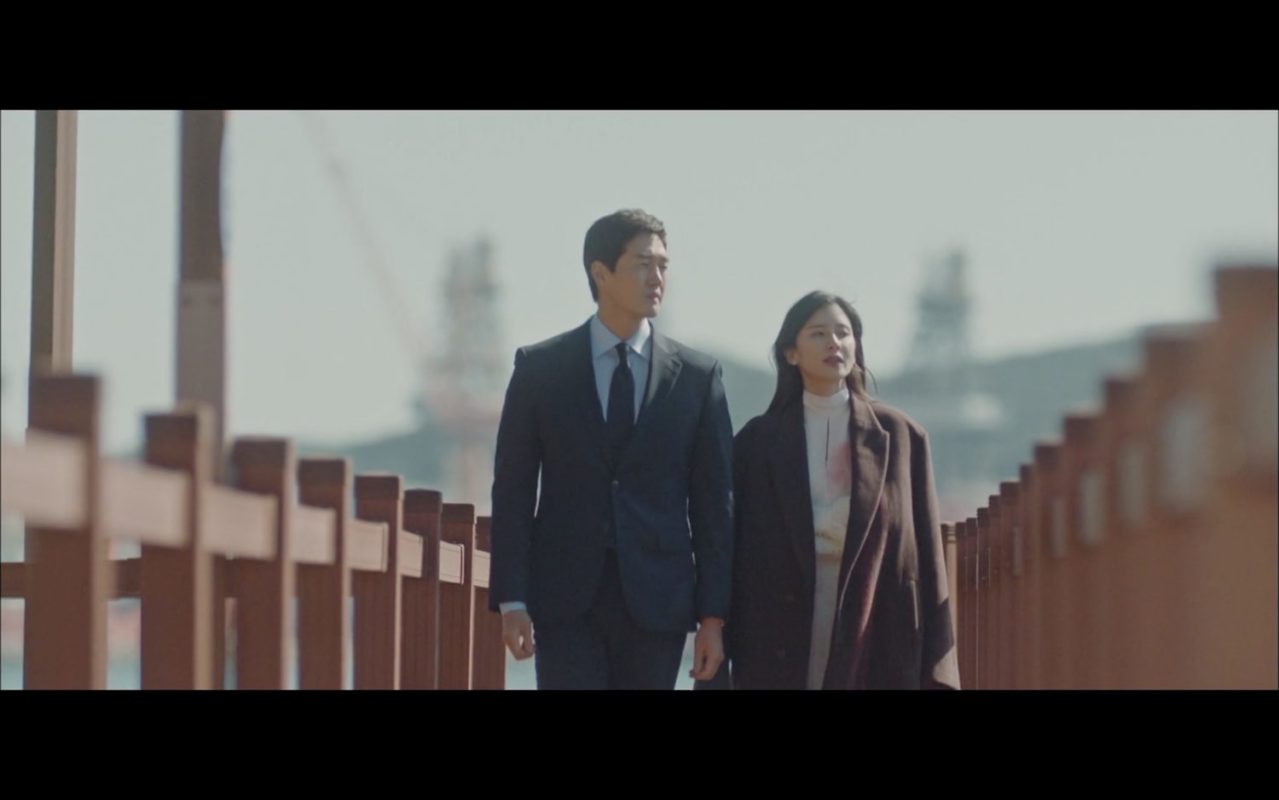 After their kiss at the beach, Yoon Ji-soo (Lee Bo-young) and Han Jae-hyun (Yoo Ji-tae) walk down the boardwalk segment of this coastal trail in episode 5 of When My Love Blooms/The Most Beautiful Moment in Life (화양연화 – 삶이 꽃이 되는 순간) (tvN, 2020). As they walk, they think back to the time when they came to the same beach as a young couple, and how cute they were back then.

Okpo Coastal Trail [옥포 해안 산책로] is a 4-km long coastal footpath between Okpo Port [옥포항] and the small sandy Deokpo Beach [포해수욕장]. The trail, which consists of a red boardwalk in part (seen in When My Love Blooms), sits along the coast and passes through a pine forest and. It also passes close by Okpo Great Victory Commemorative Park or Okpo Jungang Park [옥포중앙공원], built in 1996 to commemorate General Yi Sin-Shin’s victory over the Japanese in the Battle of Okpo (1592-1592).

The trail’s starting point is located at the north end of Okpo Port in Geoje’s neighborhood Okpo [Okpo-dong/옥포동]. It sits opposite to the DSME (Daewoo Shipbuilding & Marine Engineering) shipyard –where the largest container ship to date, the Mærsk Mc-Kinney Møller, was built.